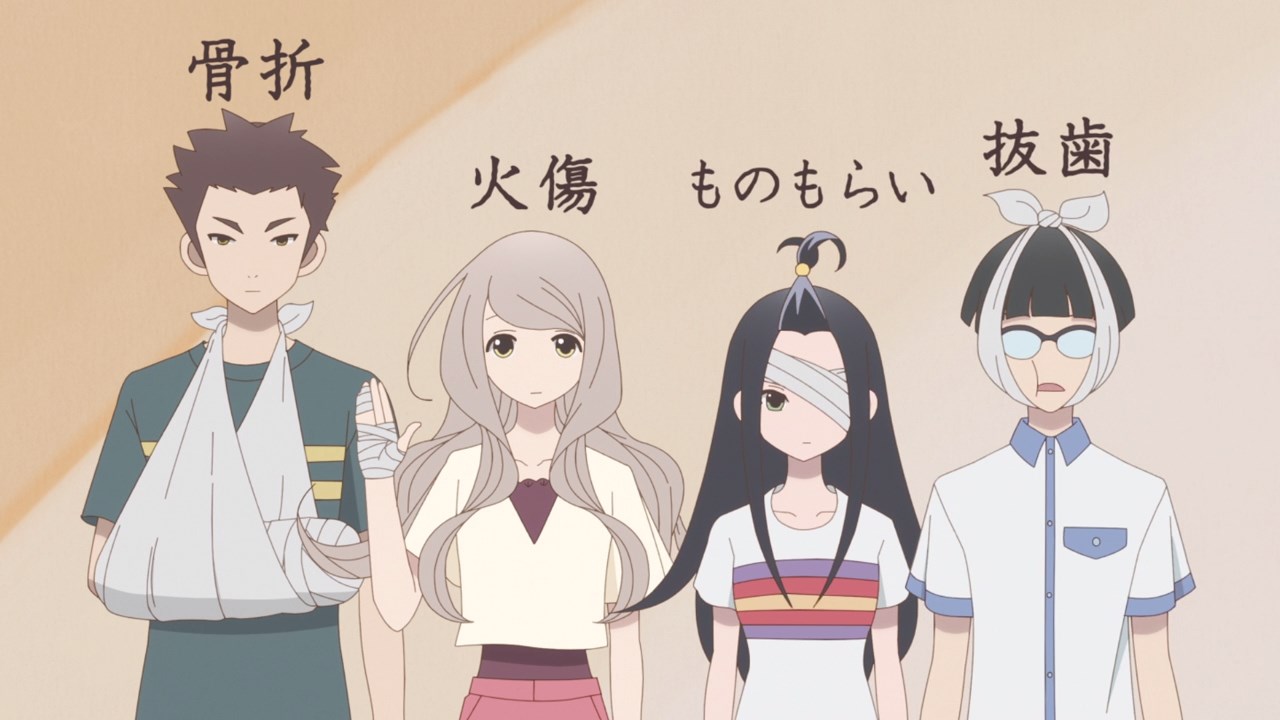 Well look what we have here, it appears that Kakushi Goto’s assistants got a bit of an accident which resulted in serious injuries.

Because of this, his manga will be delayed as no one will assist him, but Satsuki Tomaruin has a solution… 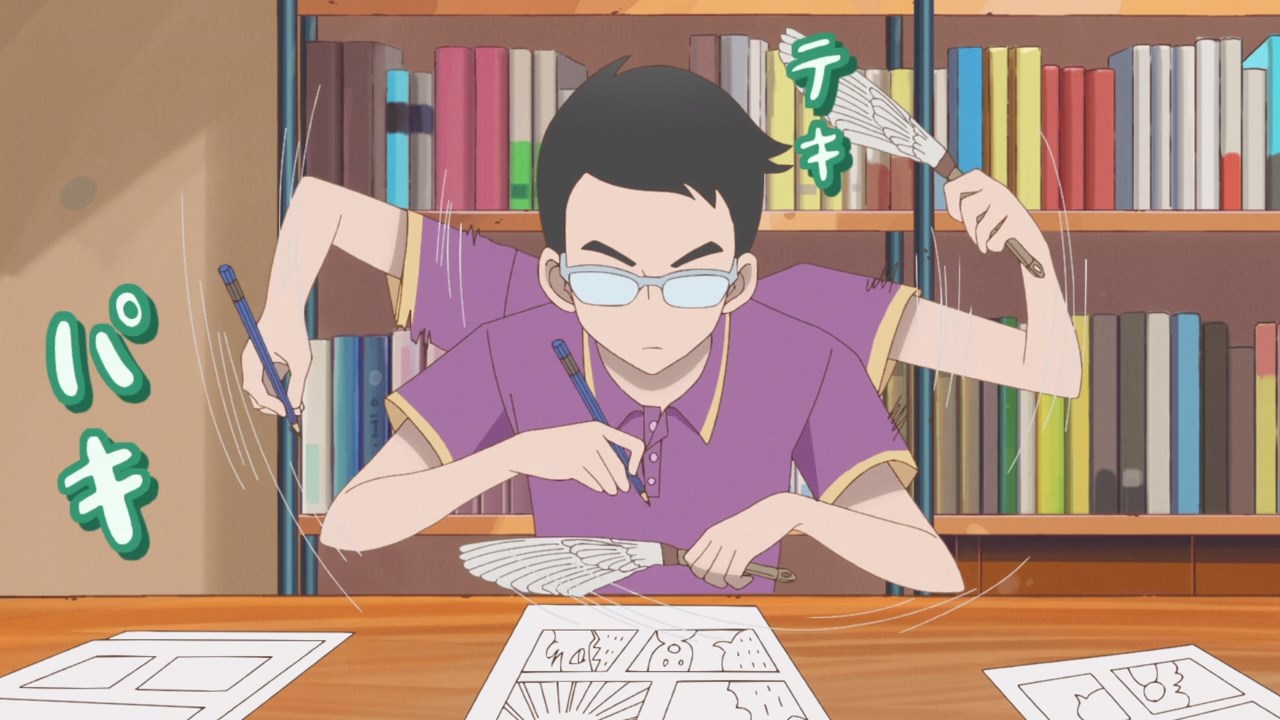 Enter Yuma Ato where he puts ink onto the lines and draw backgrounds cleanly and efficiently. Gotta say that G-Pro found the best assistant ever. 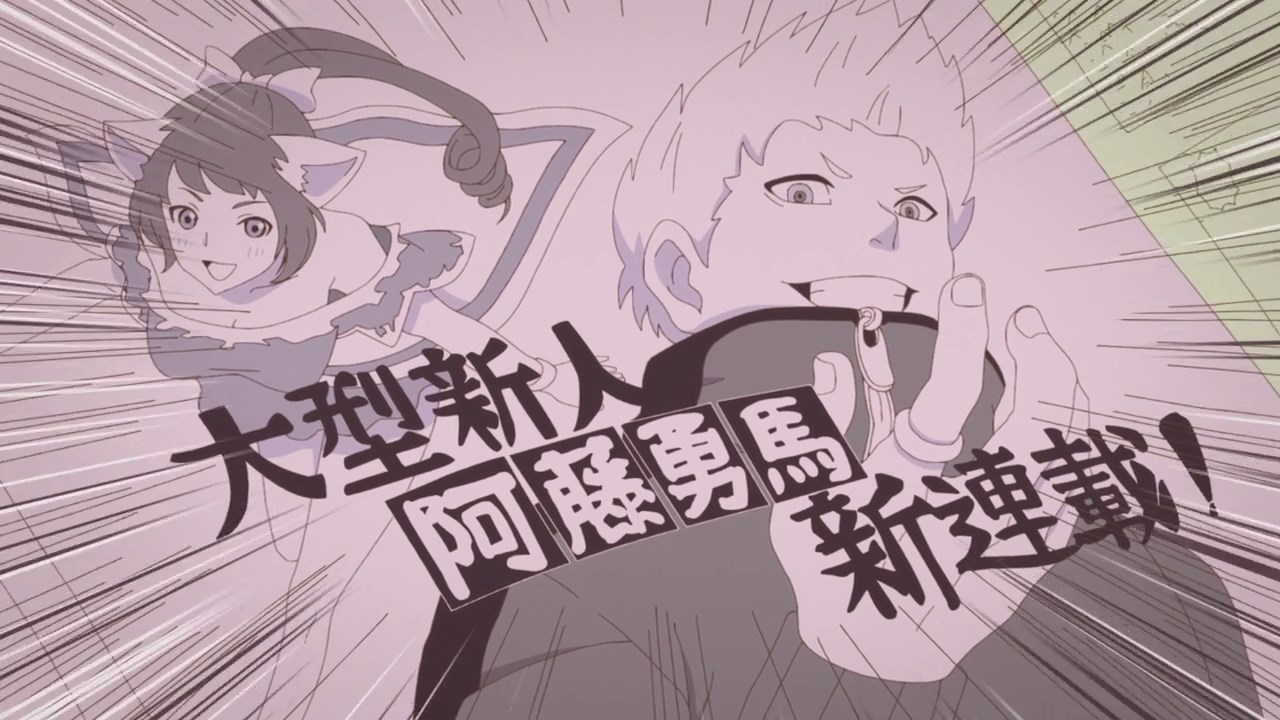 Too bad that after a day of helping Kakushi-san, Yuma Ato made his mangaka debut in which it sold millions. Well, good luck to him! 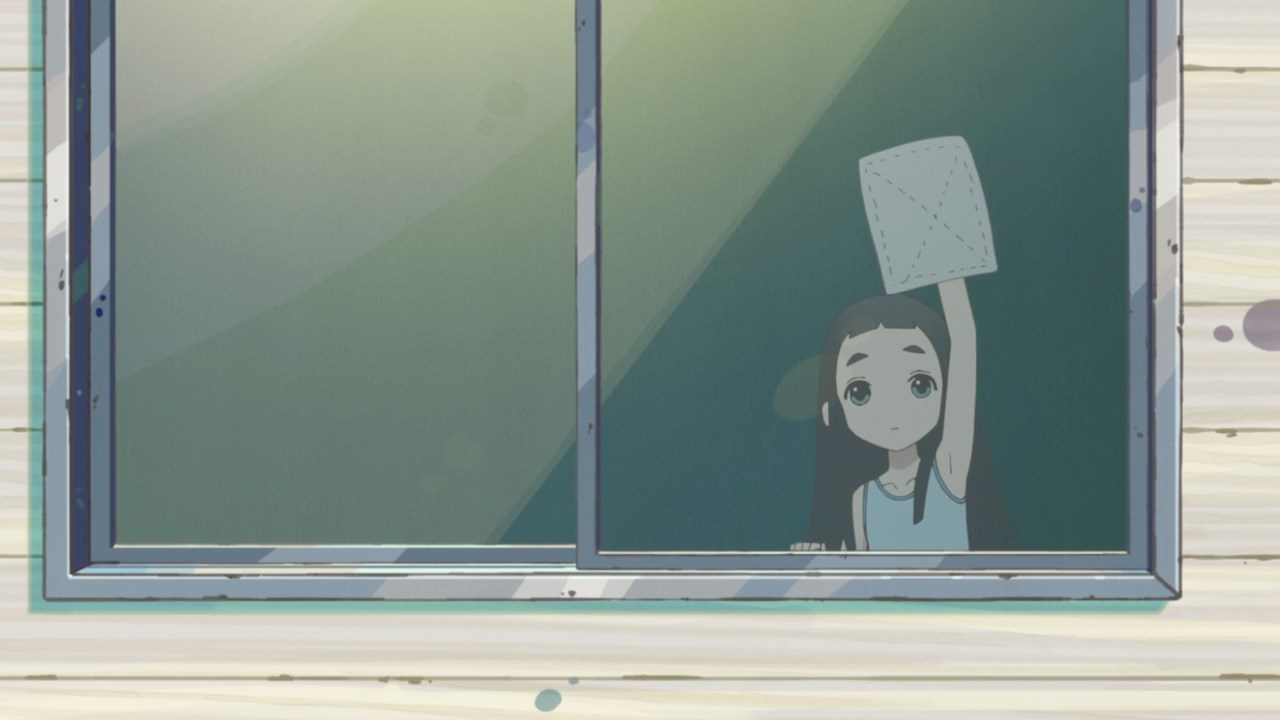 Now then, here’s Hime Goto where she cleans the house on her own while her father is at work. Ever since her mother died, Hime is doing her best to be a good girl to her dad. 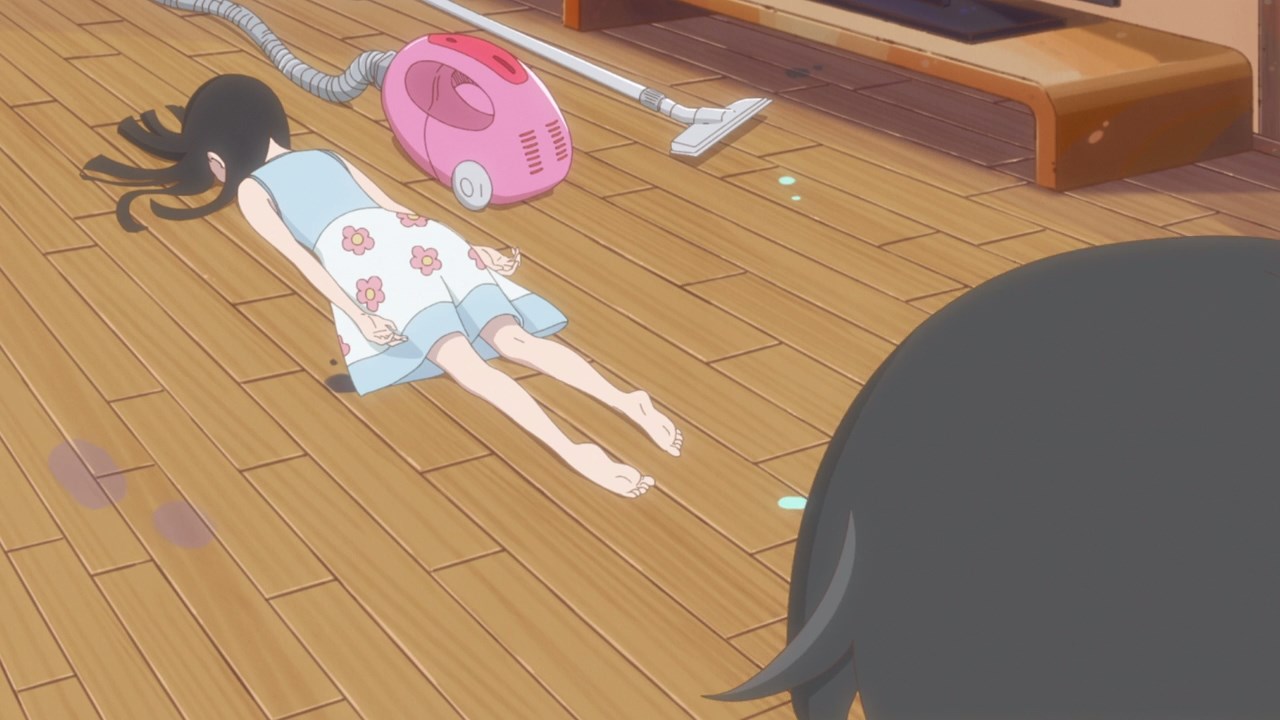 Then again, Kakushi-san is so worried about Hime that he was shocked to see his daughter collapsed while cleaning the place. I think it’s time to find a housekeeper. 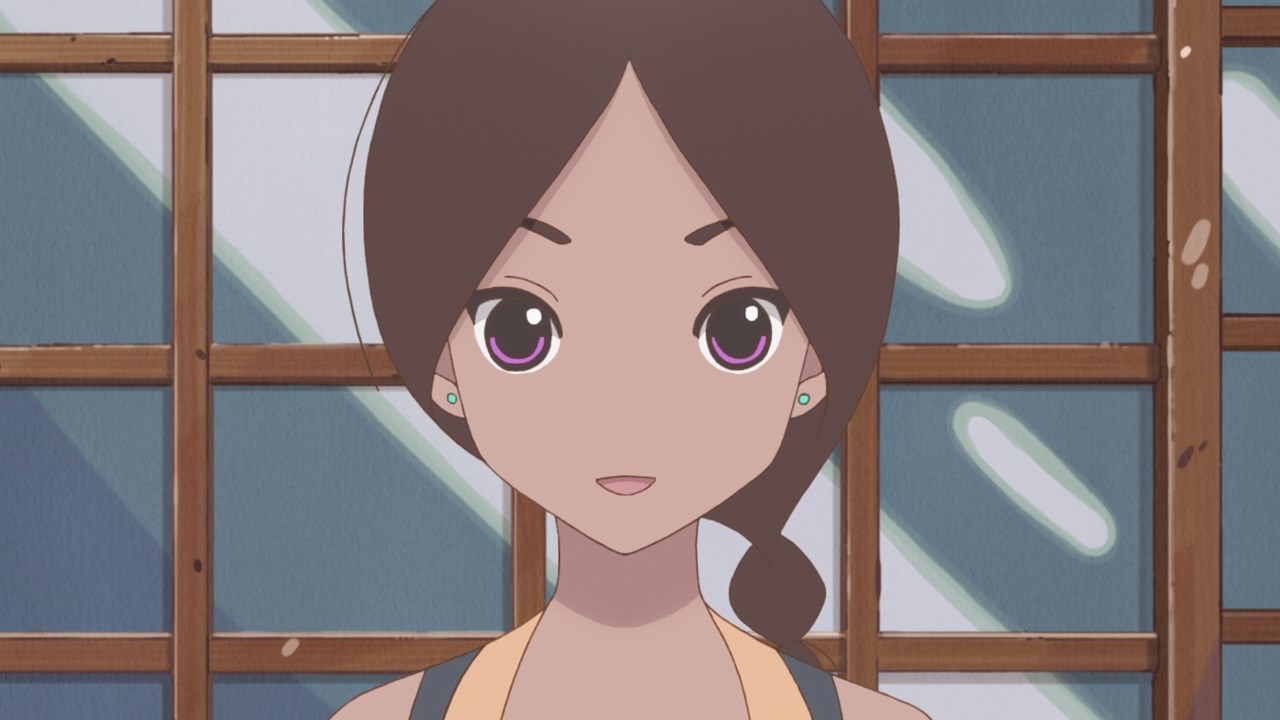 Luckily, he found one in the form of Nadila, an Indonesian housekeeper who’s hardworking and reliable on taking care of the house and Hime-chan. 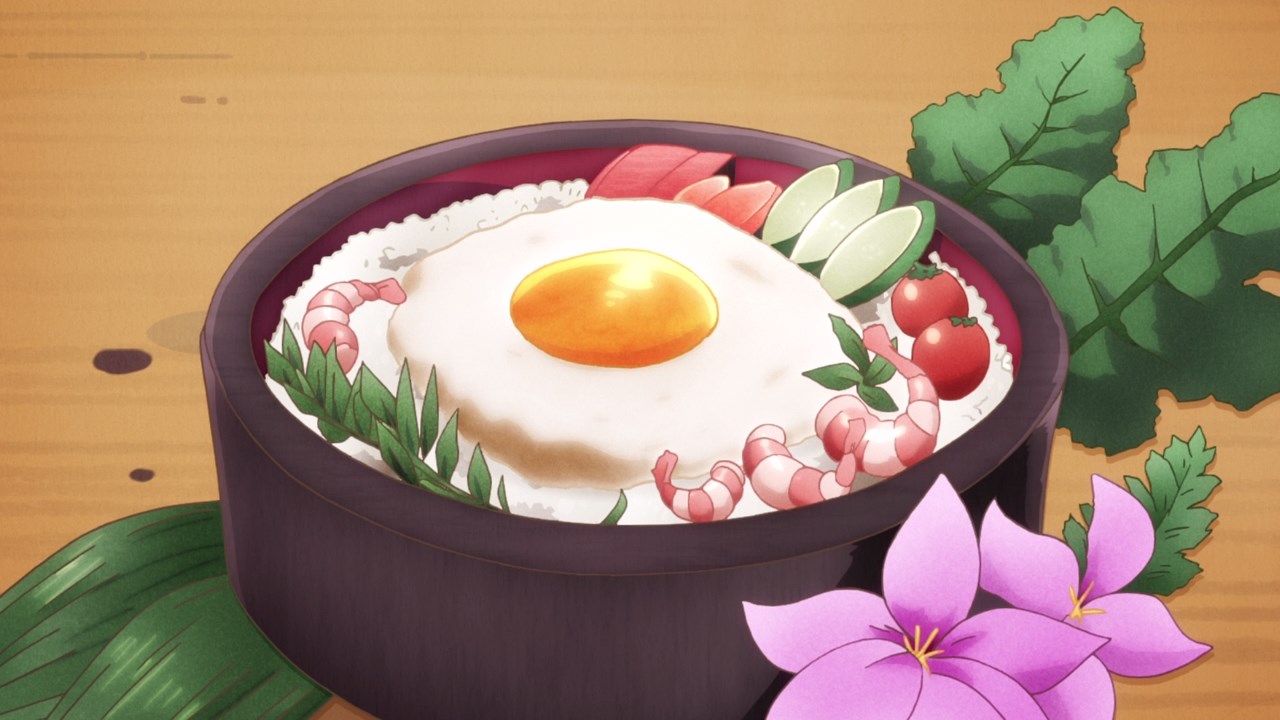 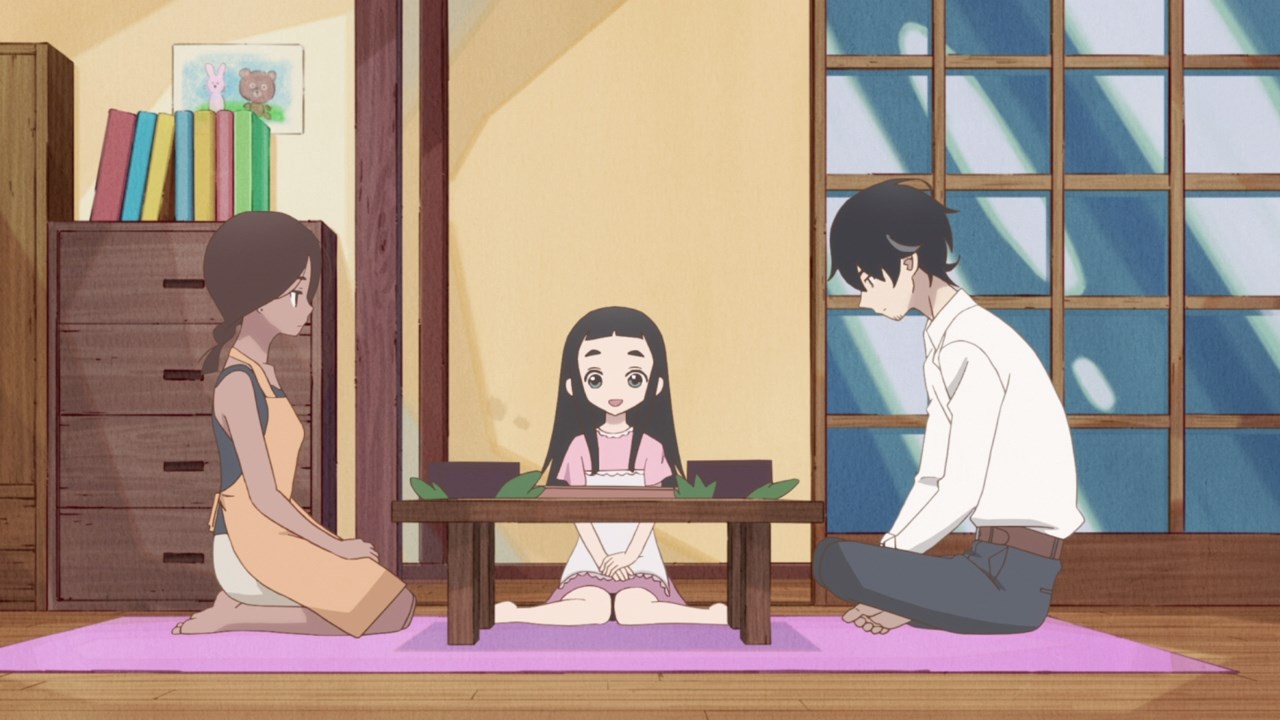 Oh yeah, and Nadila is a good cook too as she made chirashizushi. Glad that Kakushi Goto found a reliable housekeeper to keep Hime company while he’s on the job. 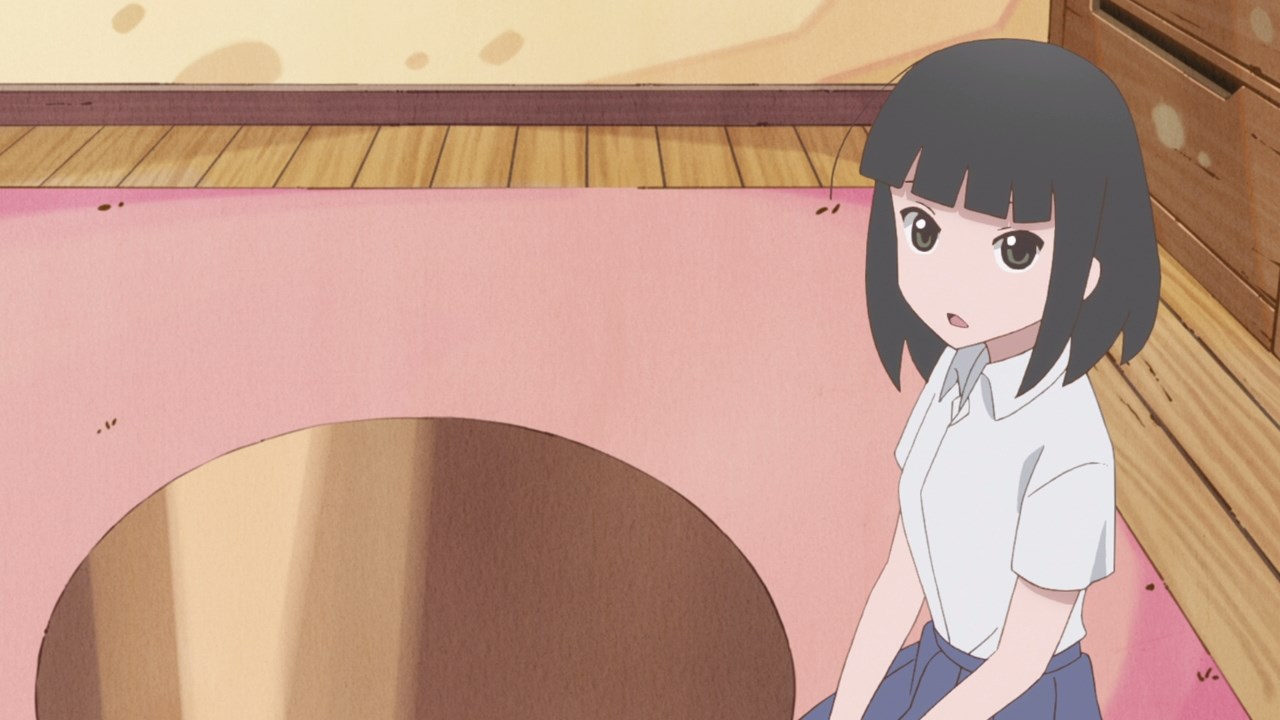 One more thing, we have a new character introduced named Naru Senda who’s not a fan of Kakushi’s manga, but rather his daughter Hime is a fan of her singing voice. 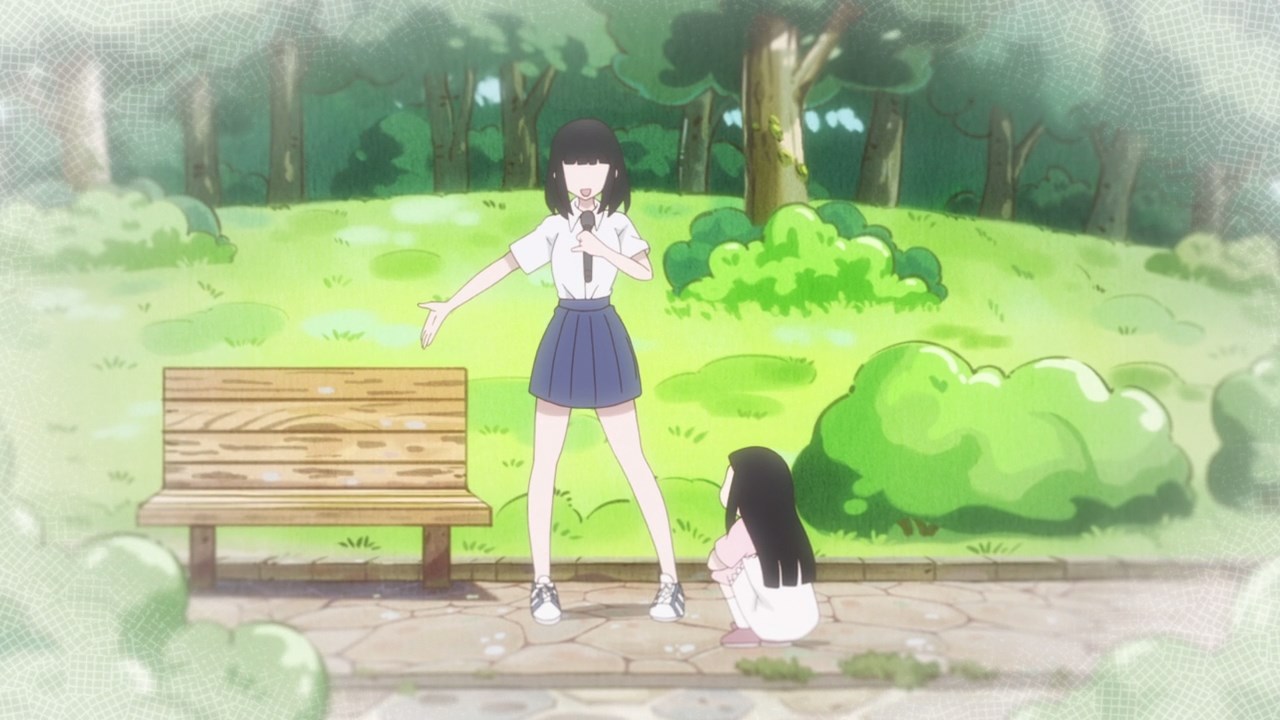 In fact, Naru wants to become an idol in the future thanks to Hime-chan supporting her.

By the way, Rikako Aida voices Naru Senda and do you know which character she’s very famous of? Riko Sakurauchi from Love Live! Sunshine!! 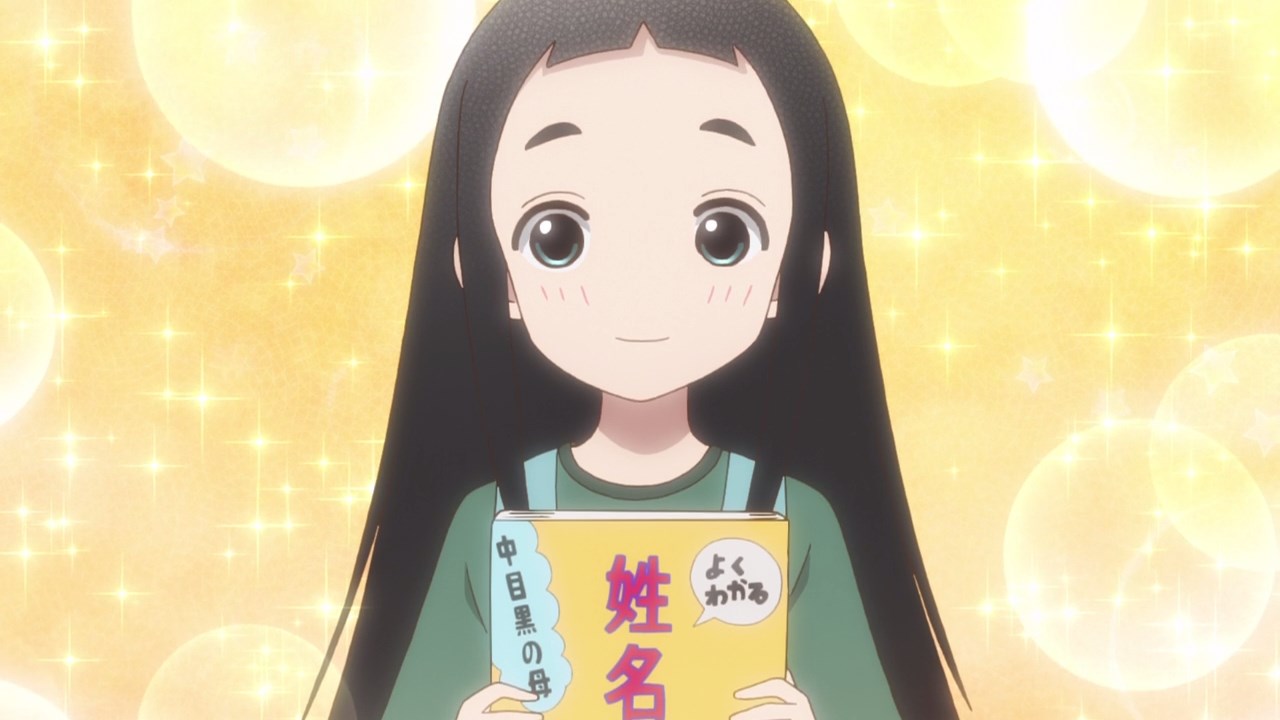 Moving onto the next scene where Hime Goto got a book that tells the fortune of one person by checking the number of strokes on his/her name.

Anyways, Hime checks on her father’s name and while he’s lucky on everything, Kakushi’s luck when it comes to artistry is not that good. 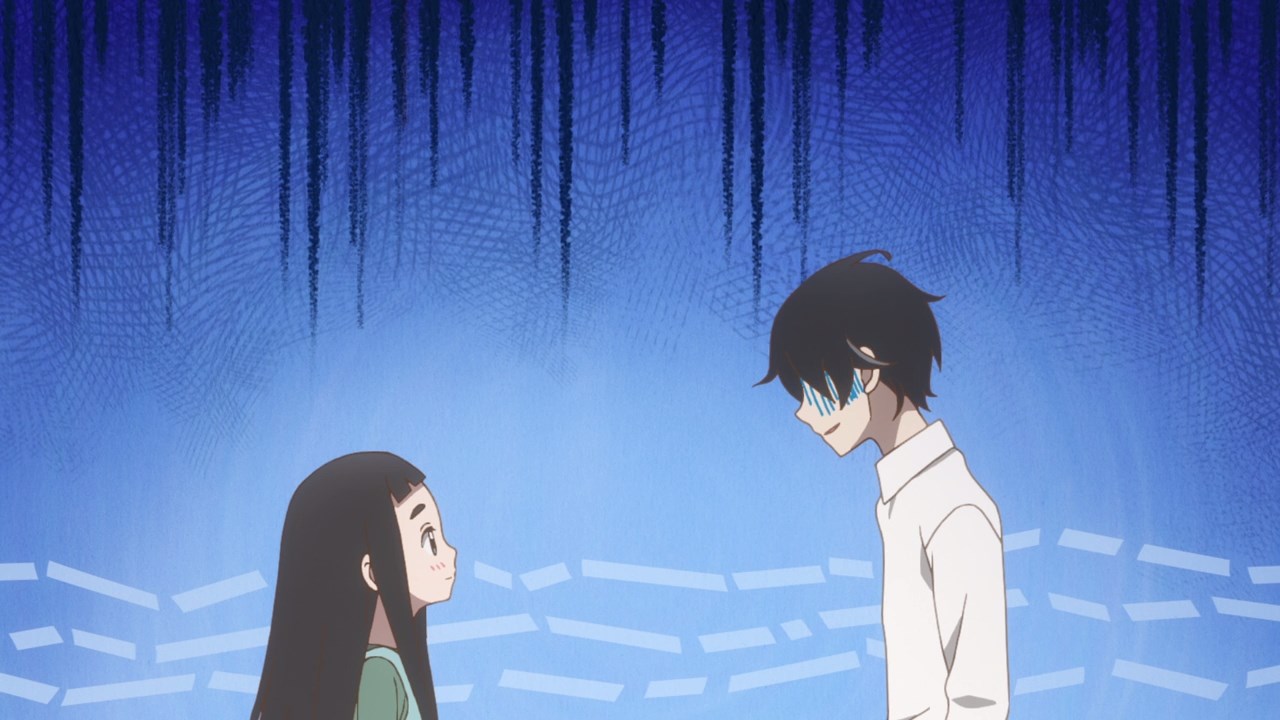 Speaking of Kakushi-san, he’s devastated that he wasn’t lucky when it comes to fine arts, especially his secret job which he cannot tell it to Hime. 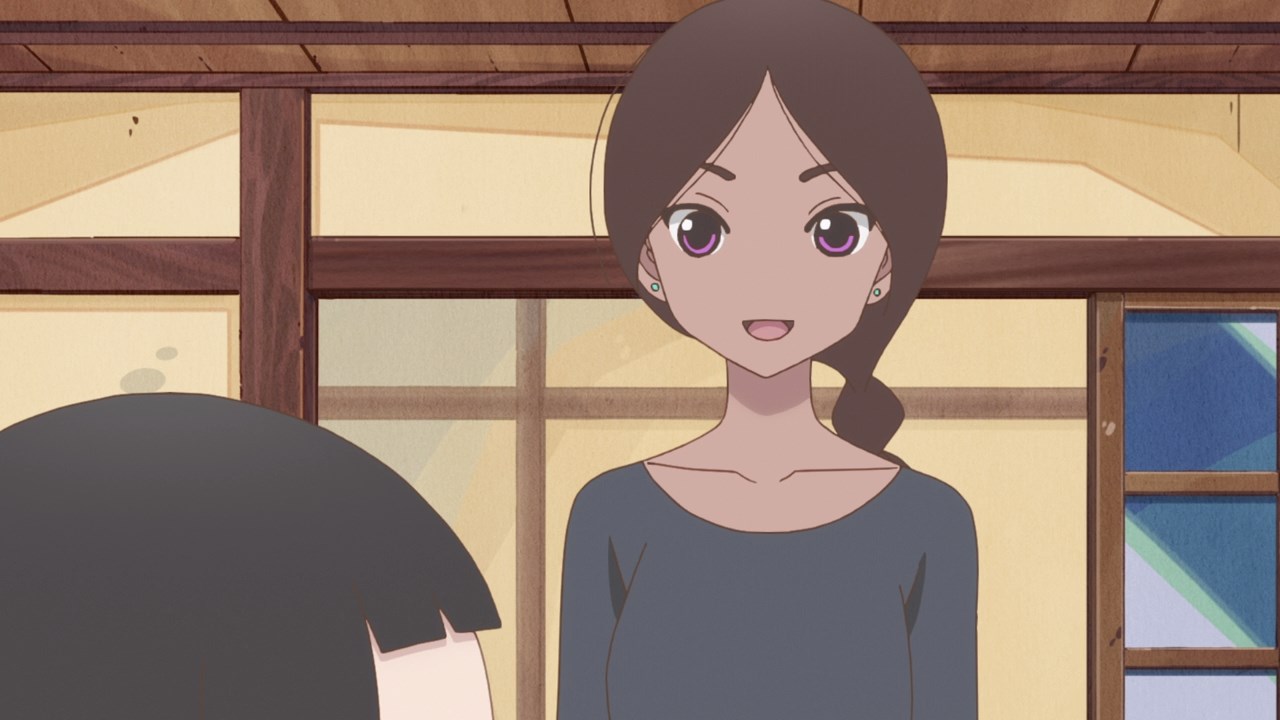 But you know what, Nadila will do something to boost Kakushi’s fortune. Then again, I have a bad feeling about this… 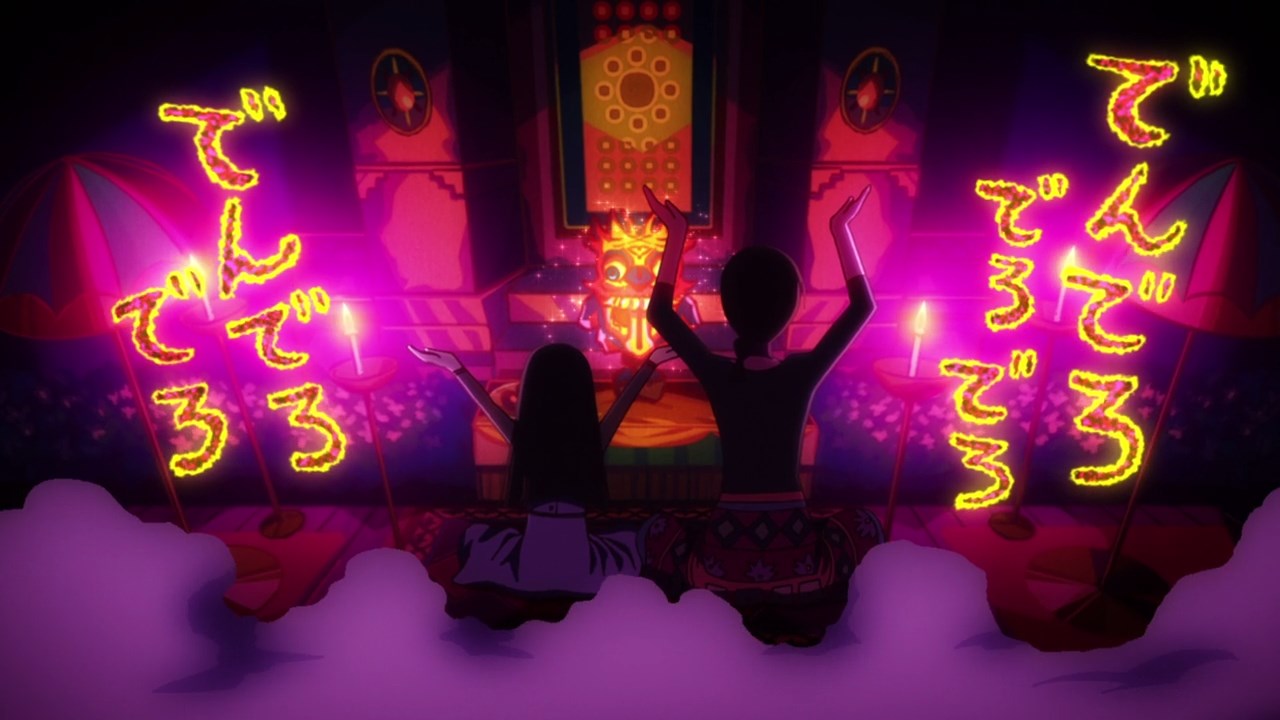 So, Nadila performed a ritual together with Hime in hopes of making Kakushi-san into the luckiest person around. 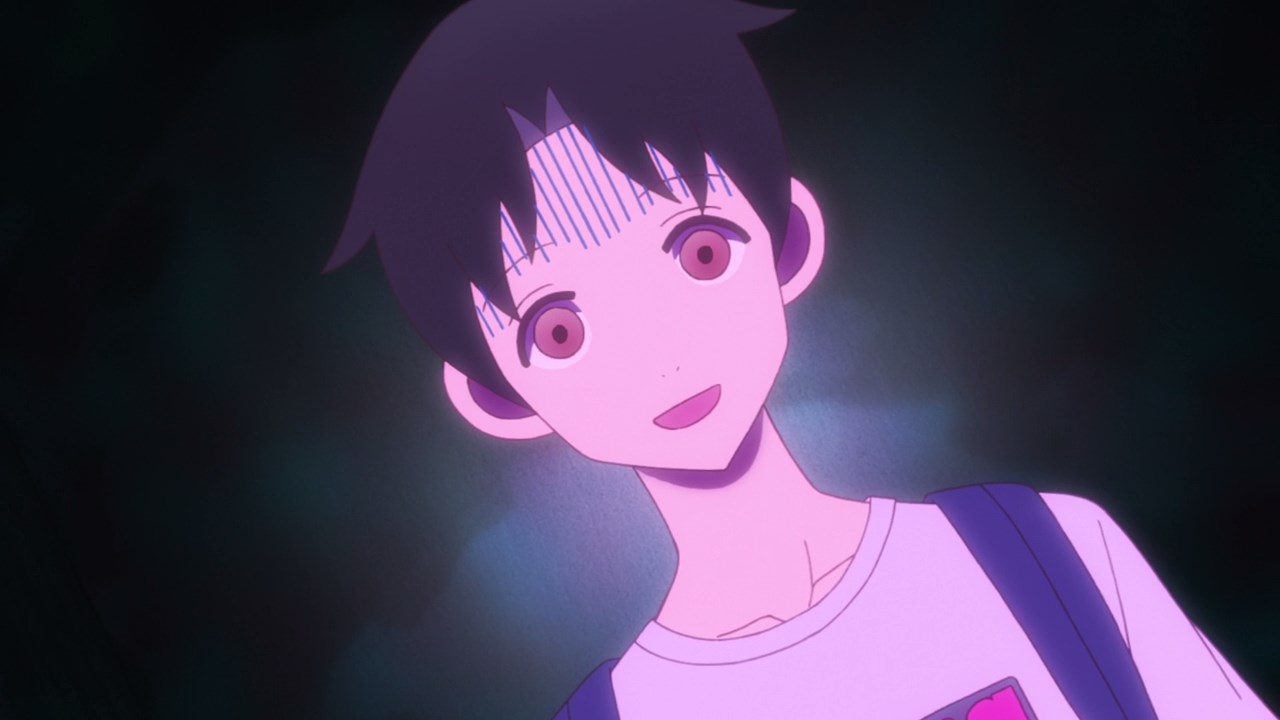 Of course, her ritual would cause some suspicion to other people like Satsuki Tomaruin in which he’s worried that Kakushi might be in danger upon using a mystic. 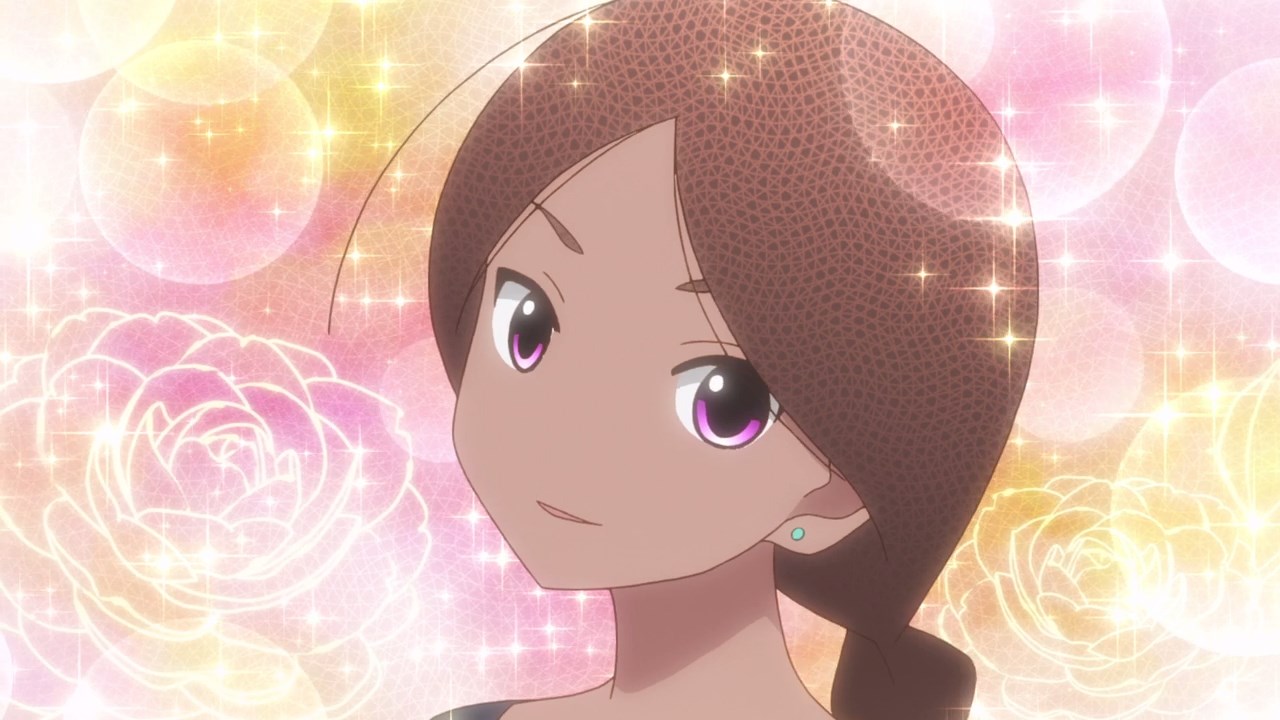 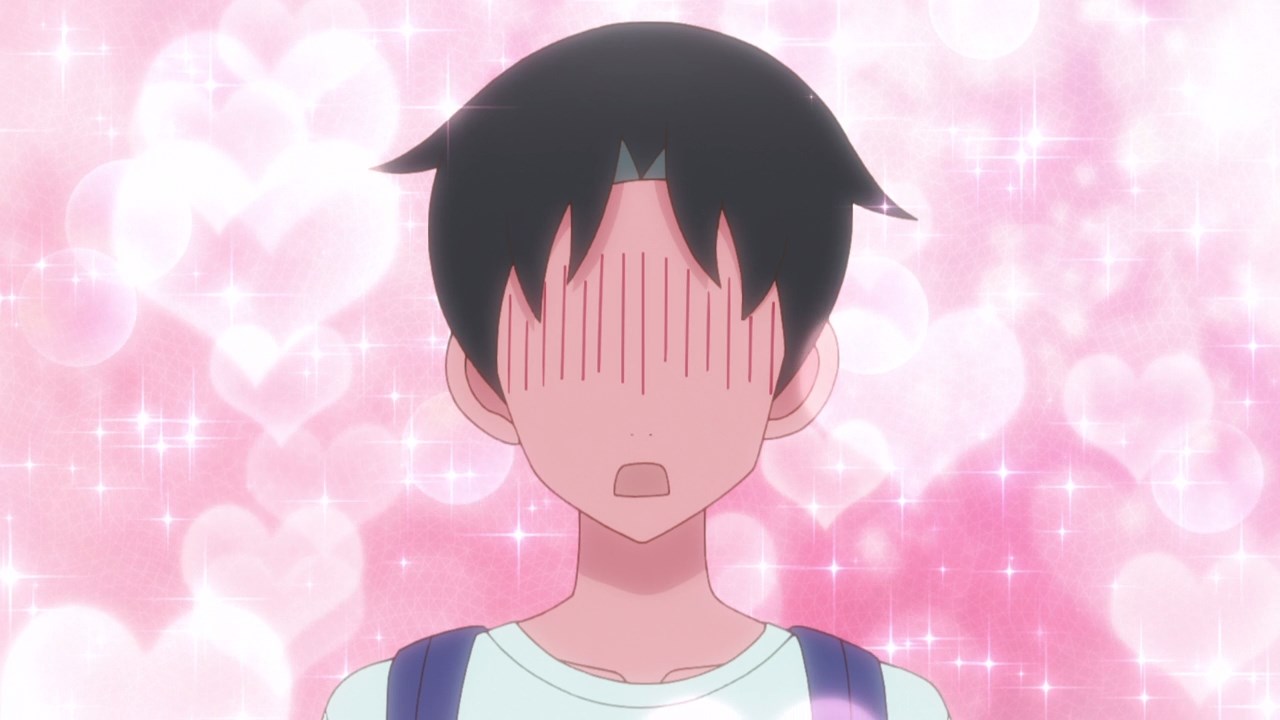 However, Satsuki-san changed his mind as he fell in love with Nadila at first sight. Well, looks like nothing bad happen at the Goto household. 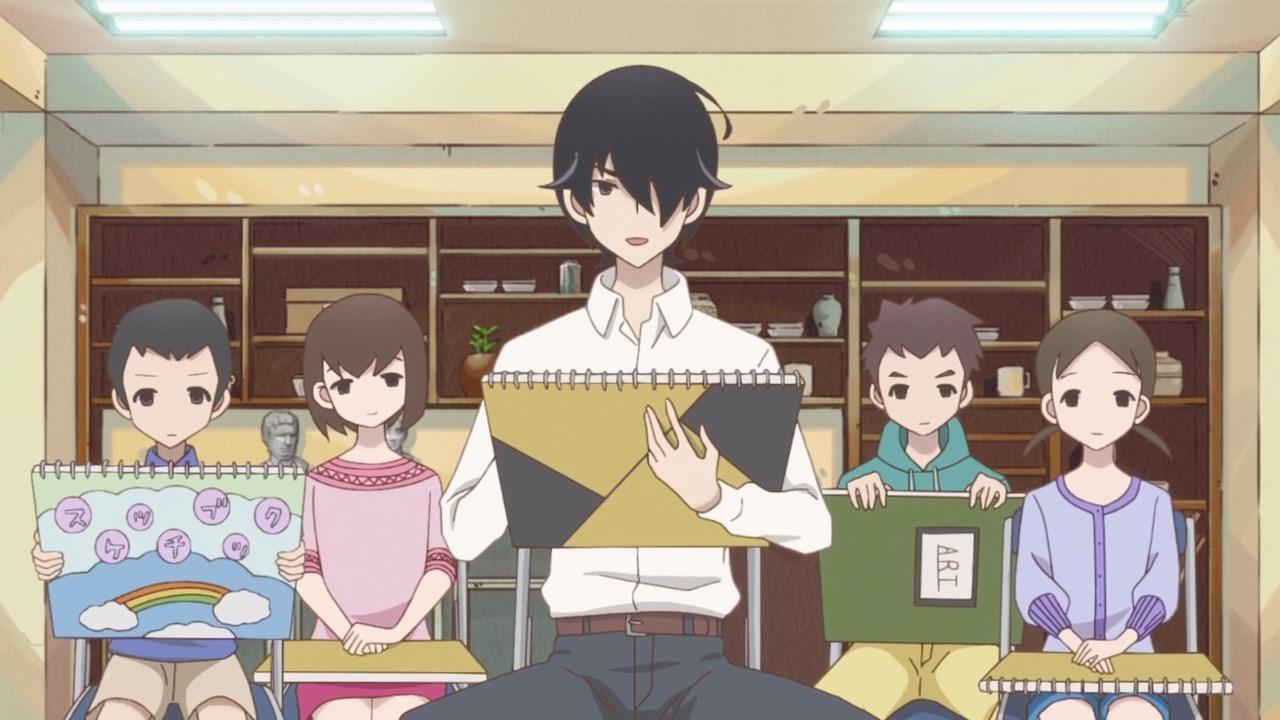 Meanwhile, here’s Kakushi Goto where he went to an art class despite being a mangaka.

Oh and the reason why he went there is because Kakushi wants to help her daughter on her drawing assignment, although having a parent do Hime’s homework is considered cheating. 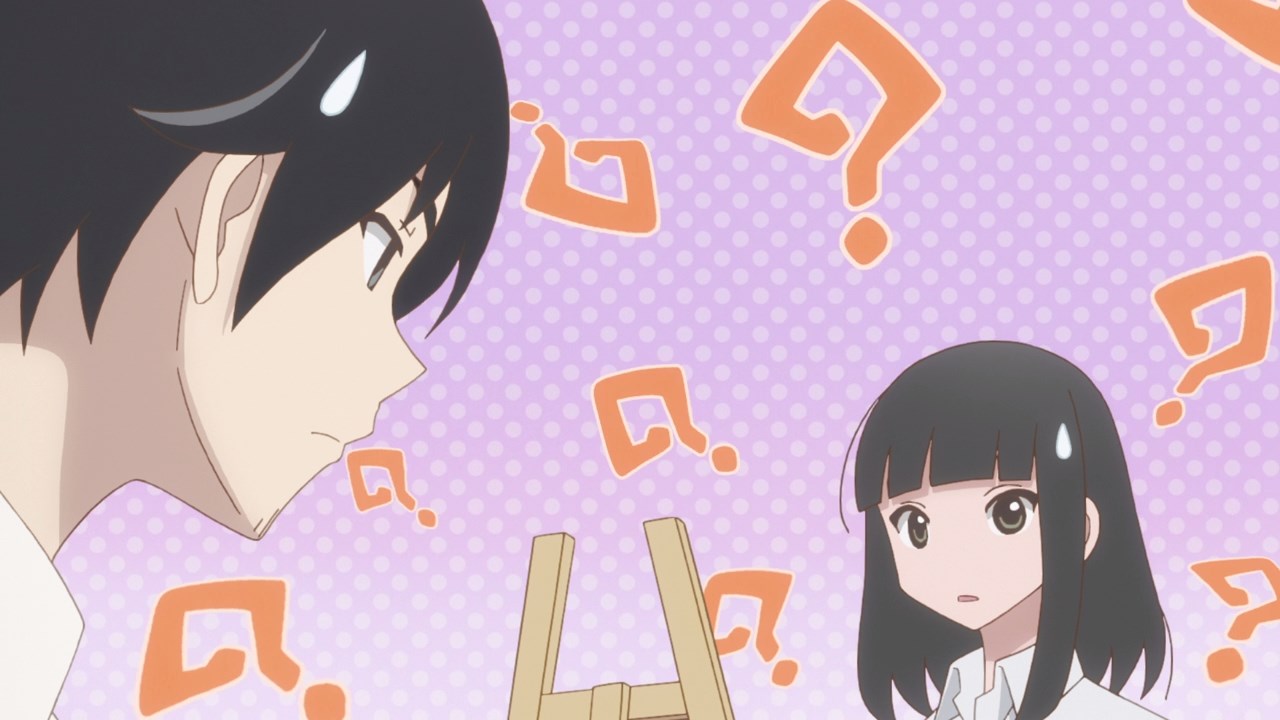 On the other hand, it appears that Naru Senda is here as a volunteer to teach the kids on how to draw nicely. Of course, she’s surprised that Kakushi participated in this art class. 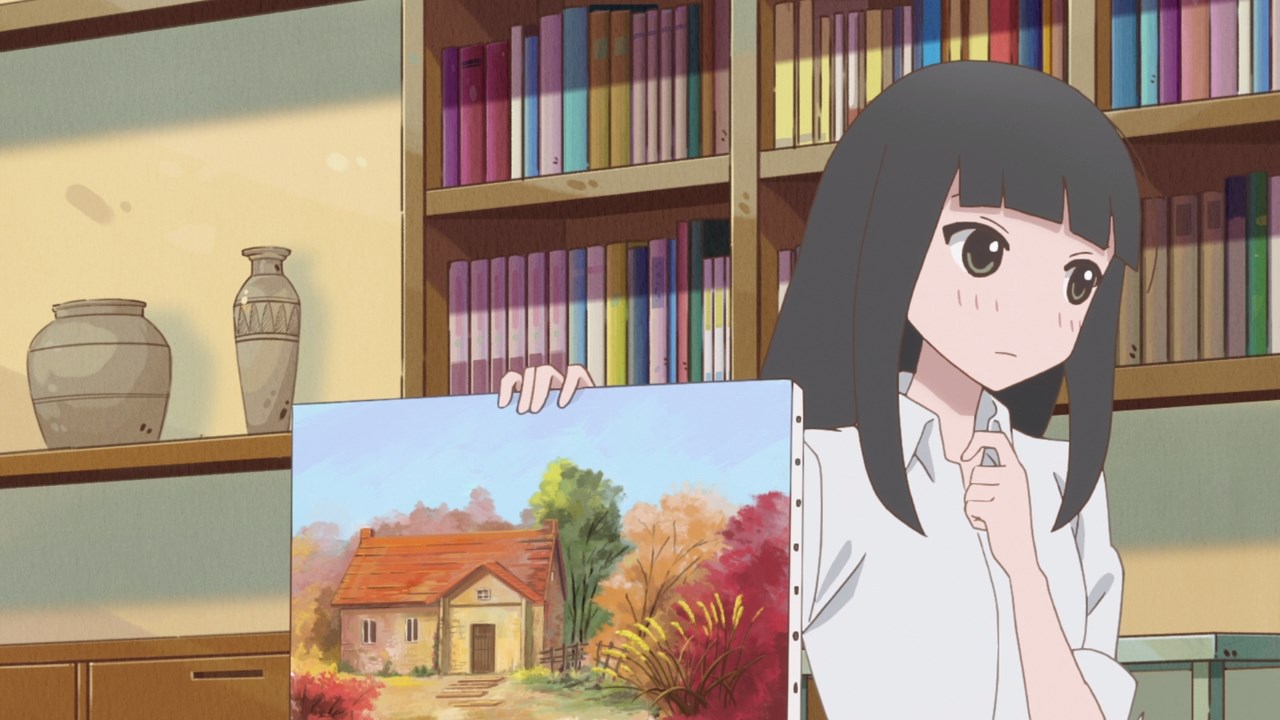 And by the way, Naru Senda is actually good at drawing, something that Rikako Aida can’t do it in real life. Then again, Kakushi-san is jealous that she’s blessed with such artistic talent. 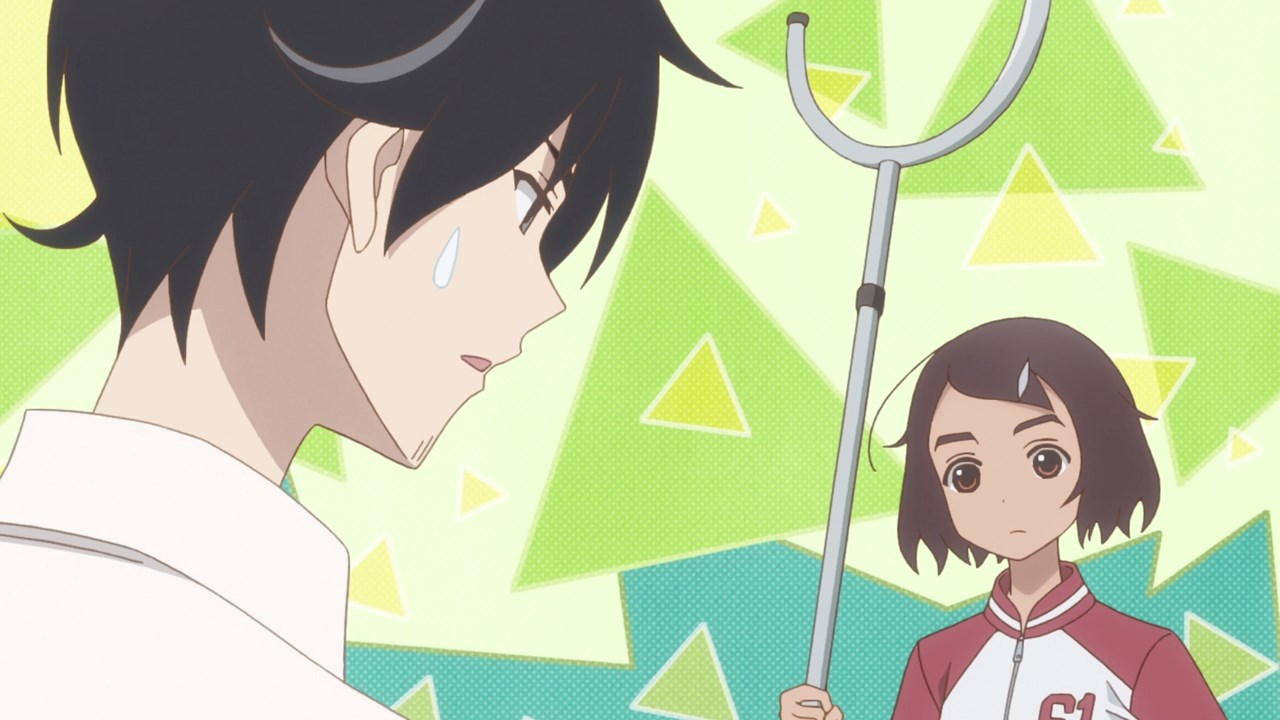 But just to remember that Kakushi can’t help Hime on her homework, as Ichiko Rokujo remind him not to do so.

Speaking of Kakushi, he asked Ichiko to look after him and Hime at the zoo. 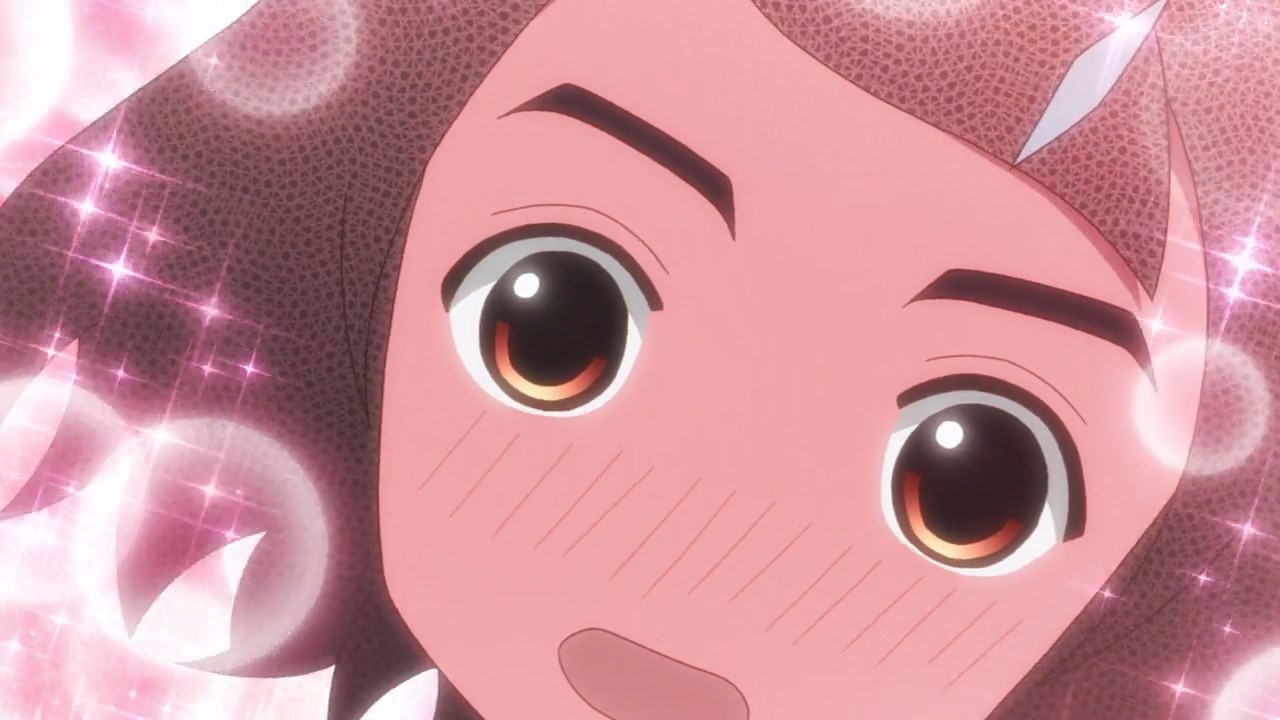 Unfortunately, Rokujo interpret it as an invitation for a date. Man, is Kakushi a charming person that he attracts various girls despite being a mangaka and a widow to boot? 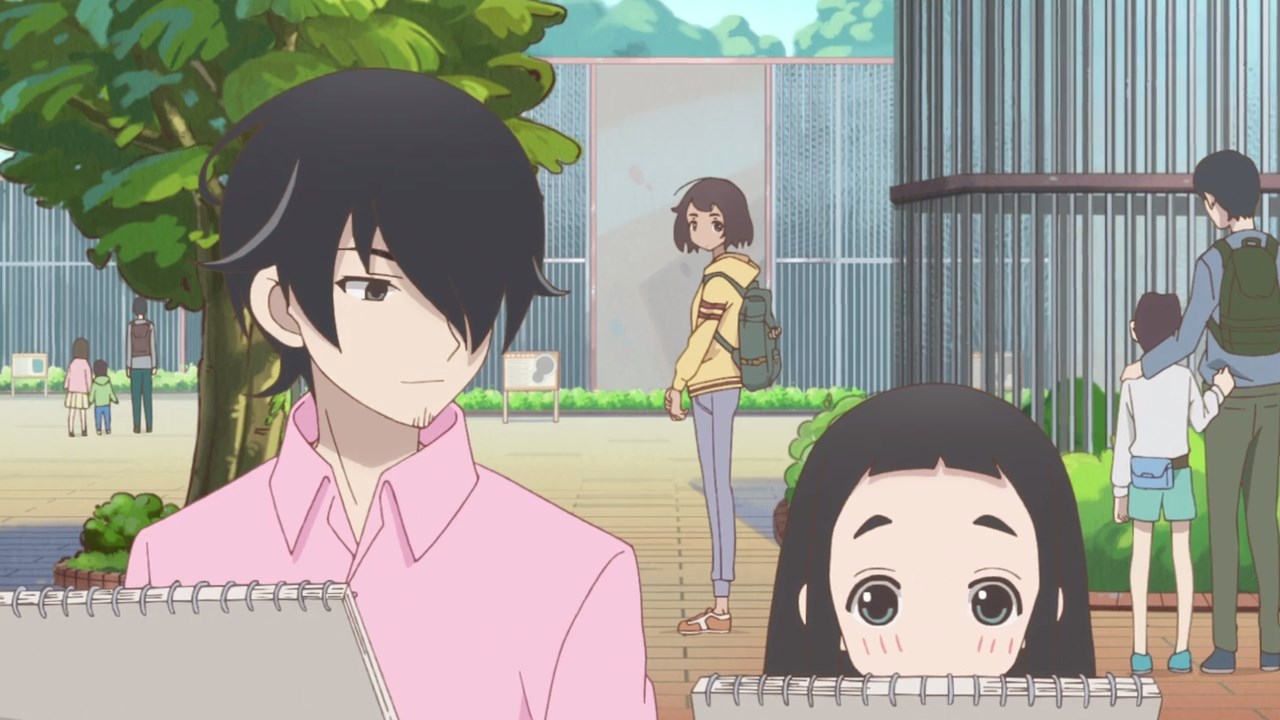 Anyways, Kakushi Goto went to the zoo together with Hime to draw animals, all while Ichiko Rokujo look over them from afar.

Speaking of Ichiko, seems that she can’t have a date with Kakushi. Maybe next time, she’ll have her chance. 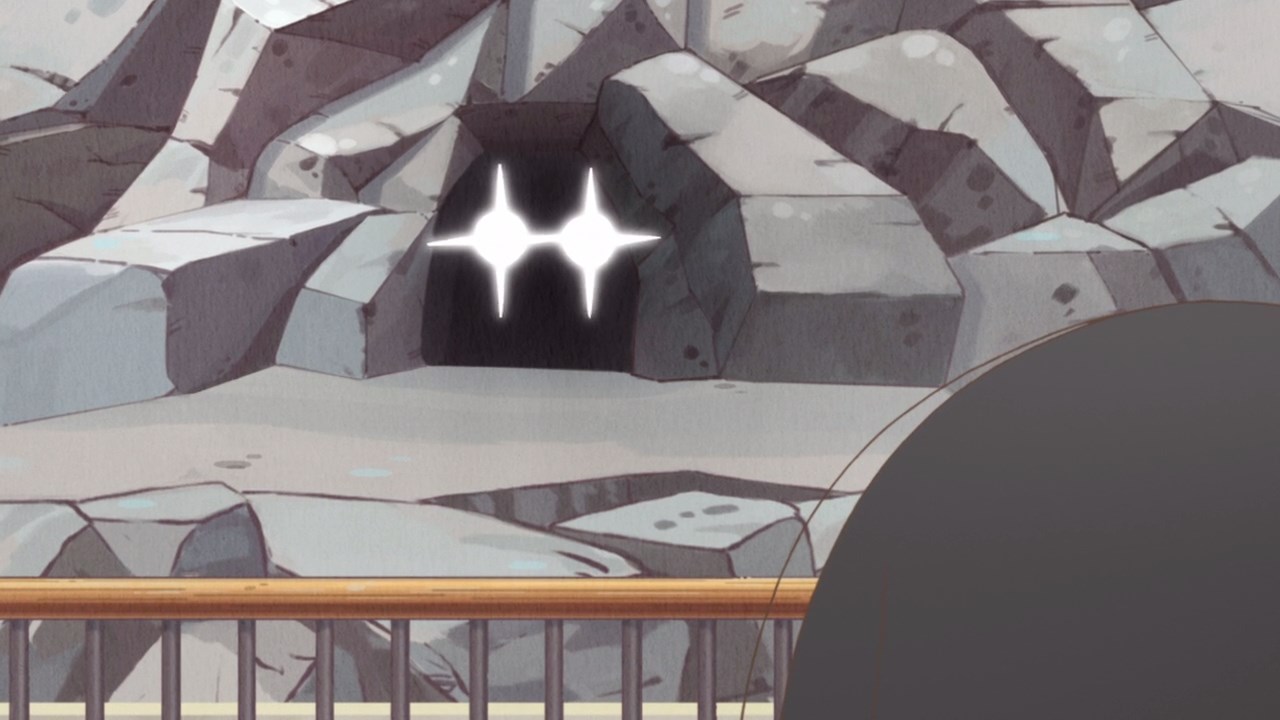 Right now, it appears that the animals can’t get out of their hiding place. As you can see, the tiger is just staring at Hime-chan and Kakushi-san while being cooped up inside the cave. 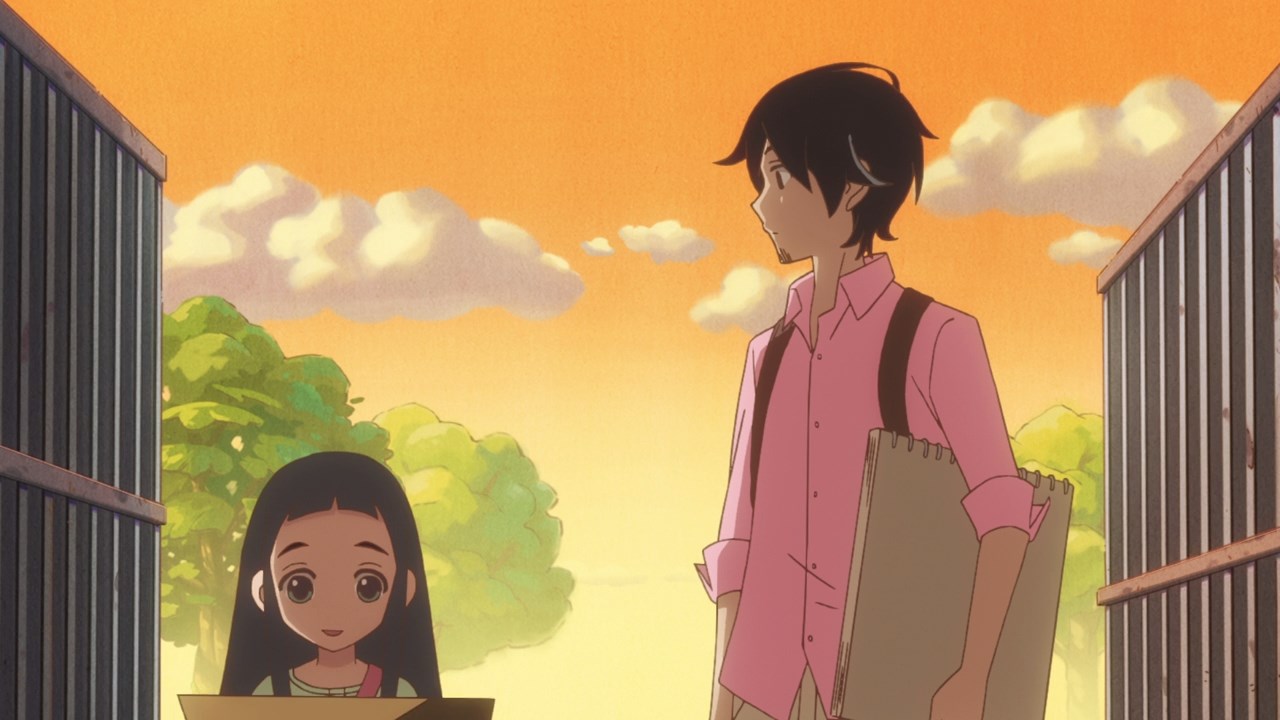 Still at the end of the day, Hime Goto managed to draw one from her sketchbook. I wonder what she sketch for today? 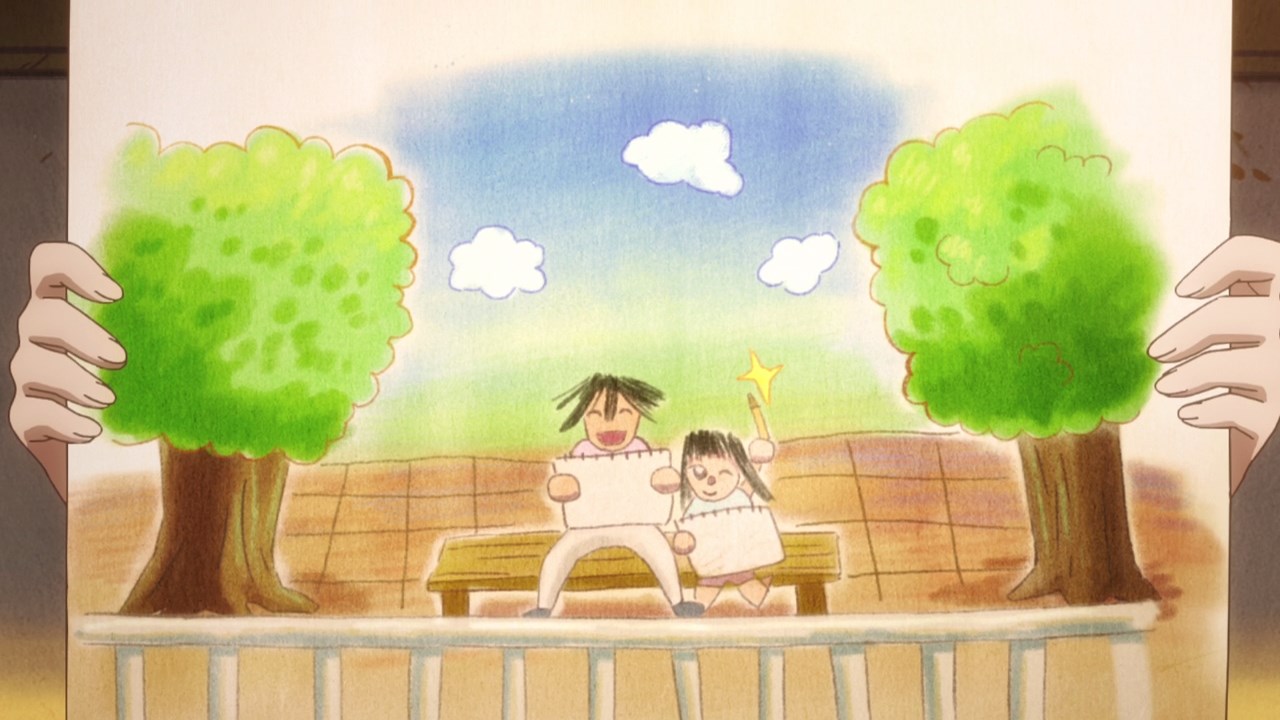 Oh, it looks like Hime-chan draw a picture of herself and her dad, being seen from a tiger’s perspective. What a cute drawing from Hime but then again, it seems that Kakushi saw this one before… 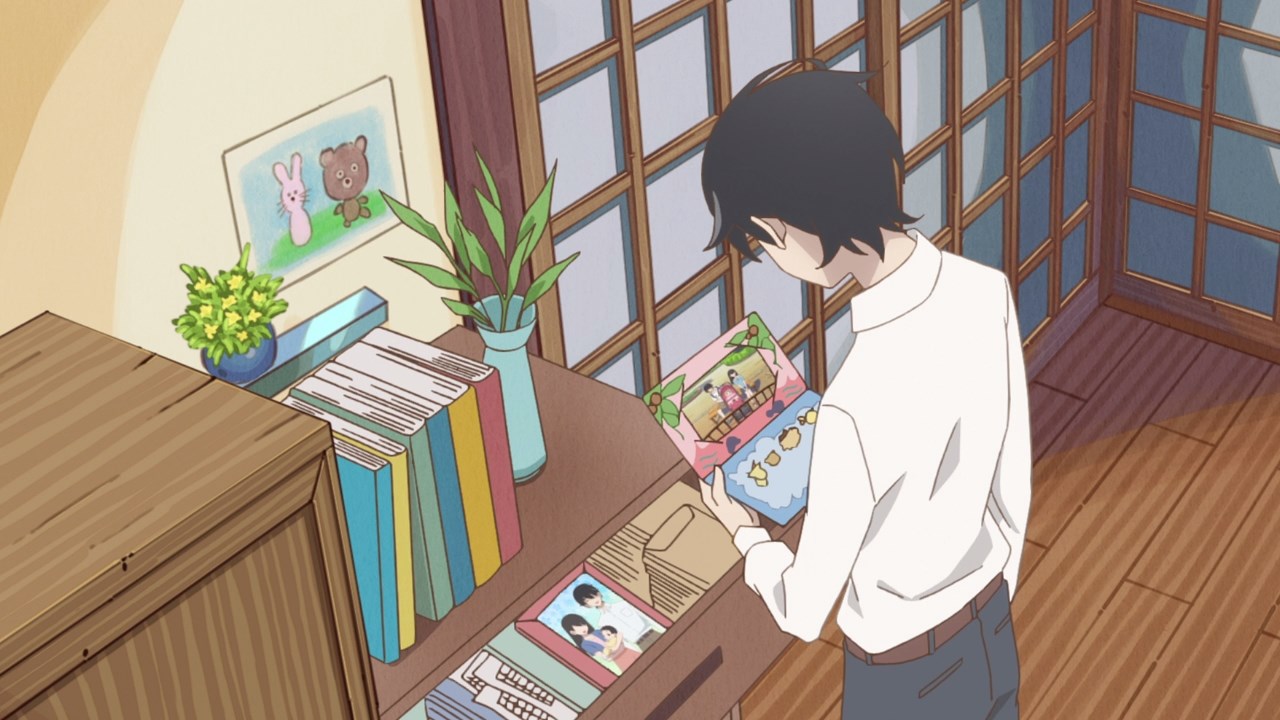 In fact, he remembered the time when someone took a picture of him together with his wife and child. 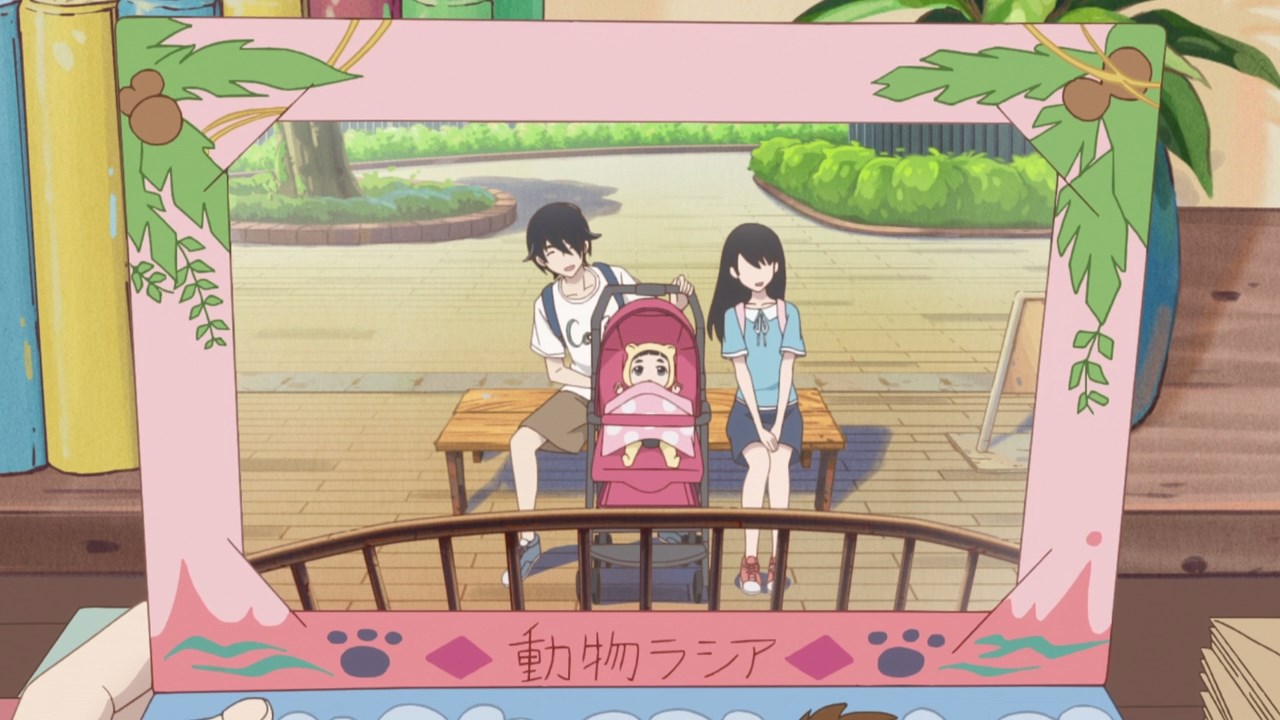 And as you can see, it’s like being seen from an animal’s perspective. Man, I have to say that was a touching end for Episodes 3 and 4.

Well then, I’ll leave you with this wonderful family picture as I’ll see you next time!