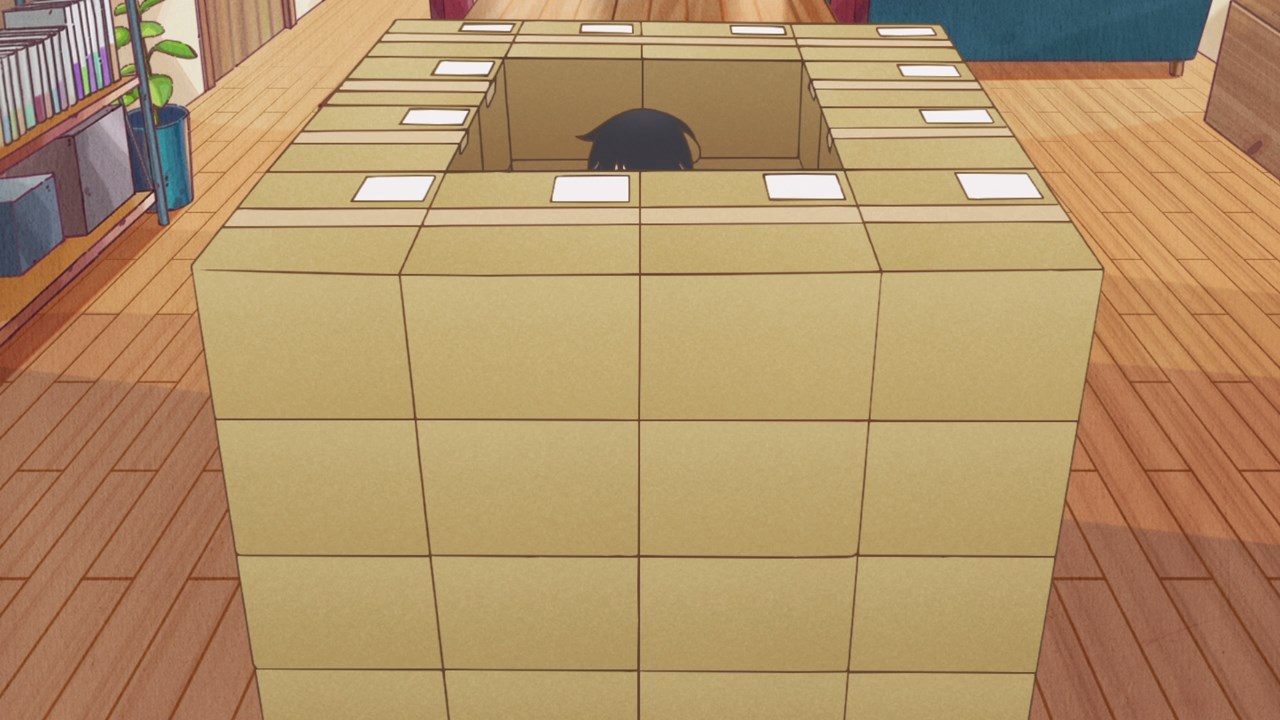 Looks like Kakushi Goto is surrounded by boxes which were sent by Godansha. Turns out that Satsuki Tomaruin asked him to act as the judge for a contest, although he Kakushi initially doesn’t want to become a judge at all. 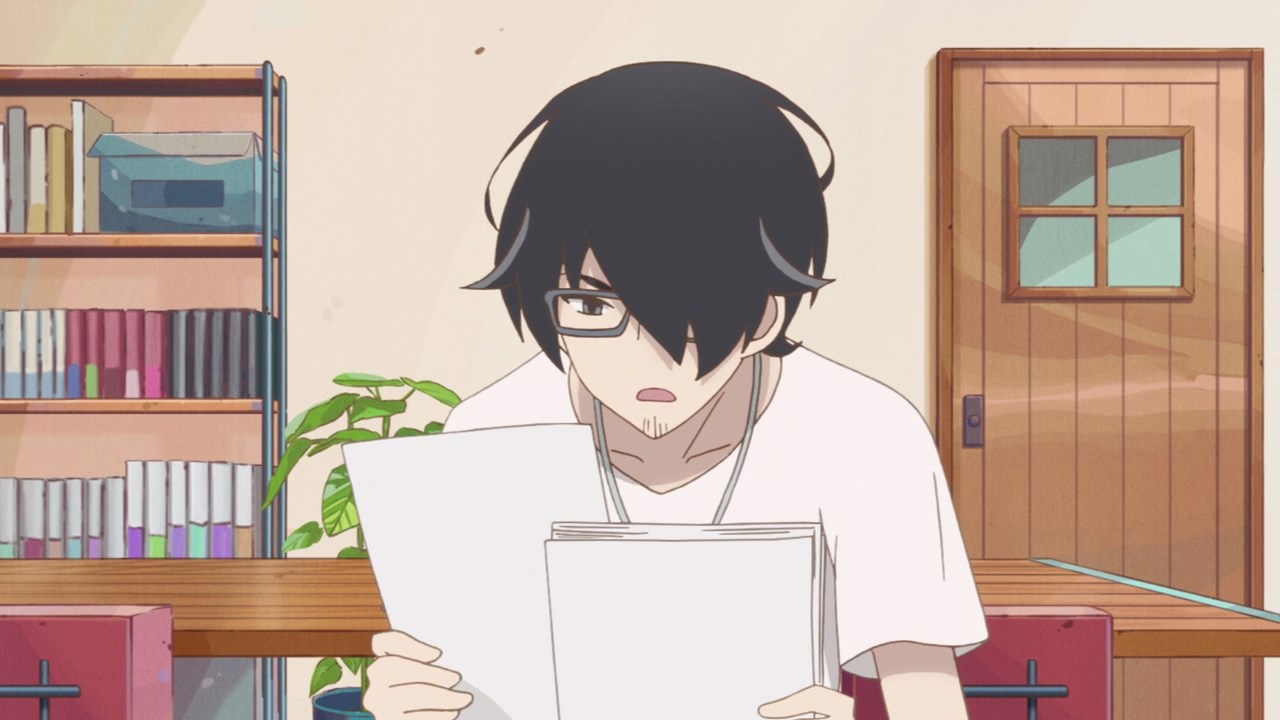 Still, he soldered on as Kakushi reviews every entry because it his duty to teach these newcomers on how to become better artists. 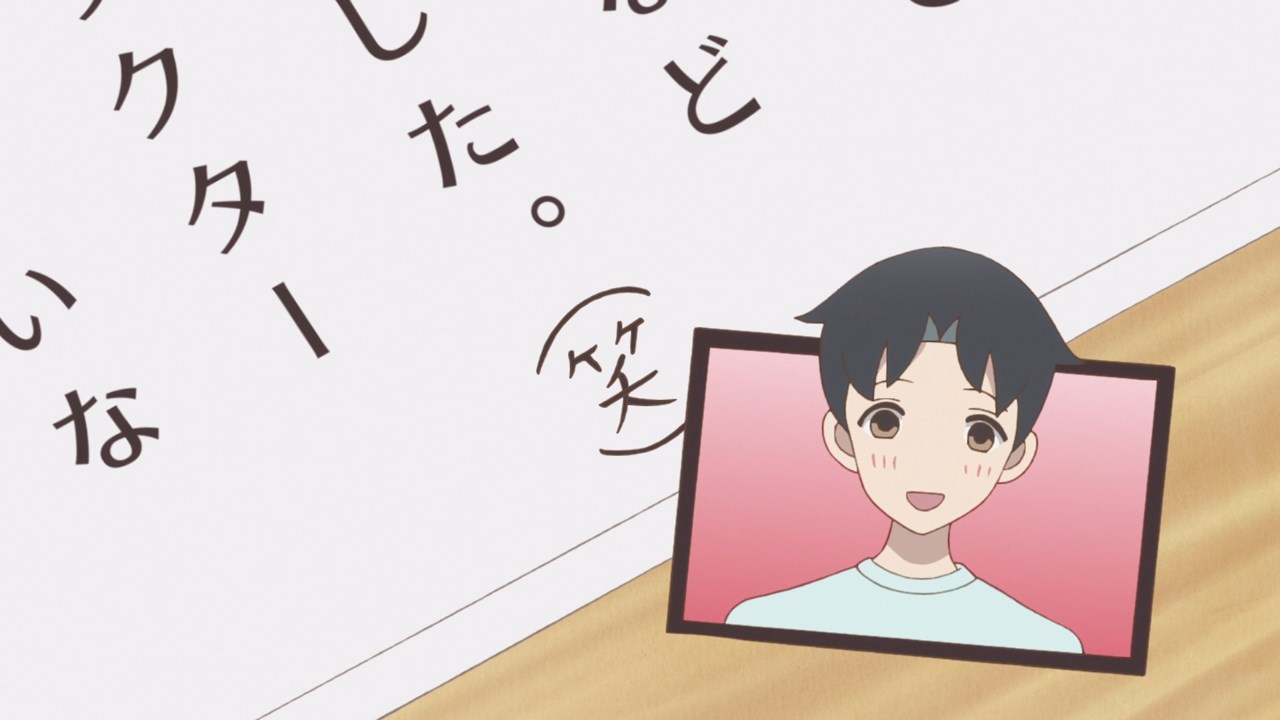 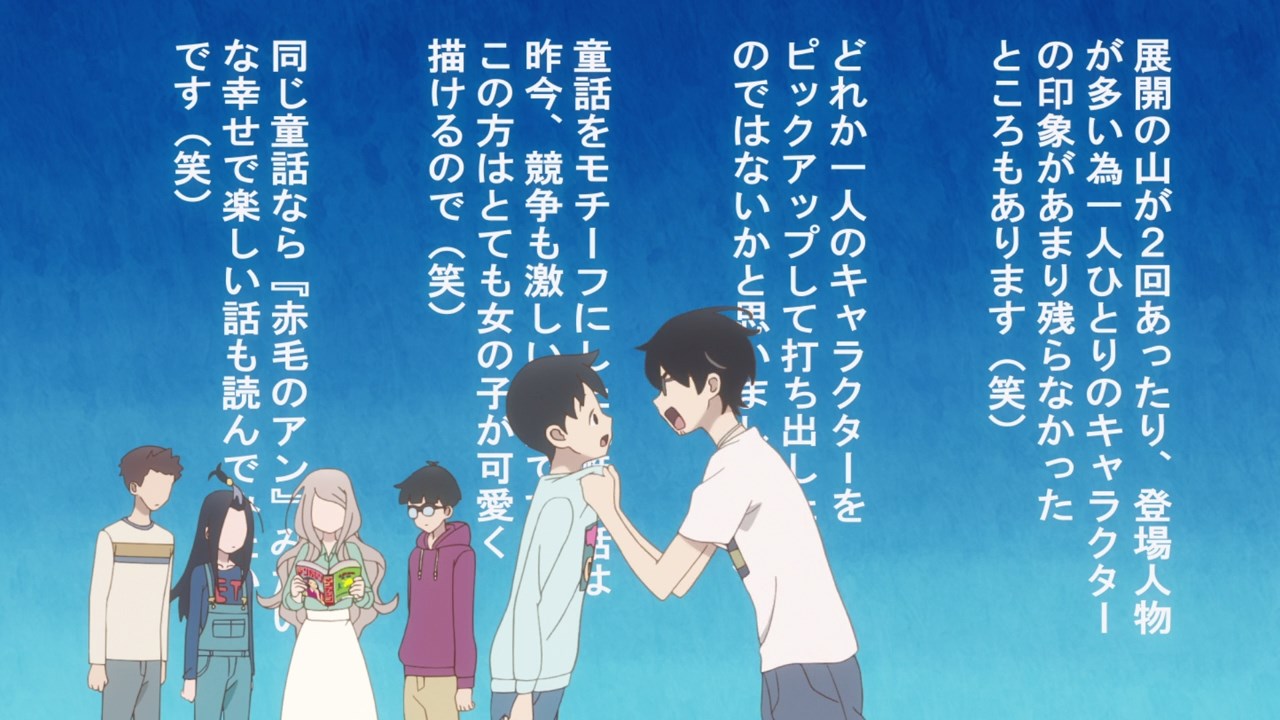 Except that he’s is actually giving critique to everyone. In fact, Kakushi blames Satsuki for adding “LOL” or even sarcasm that every newcomer thinks that he’s not judging them seriously. 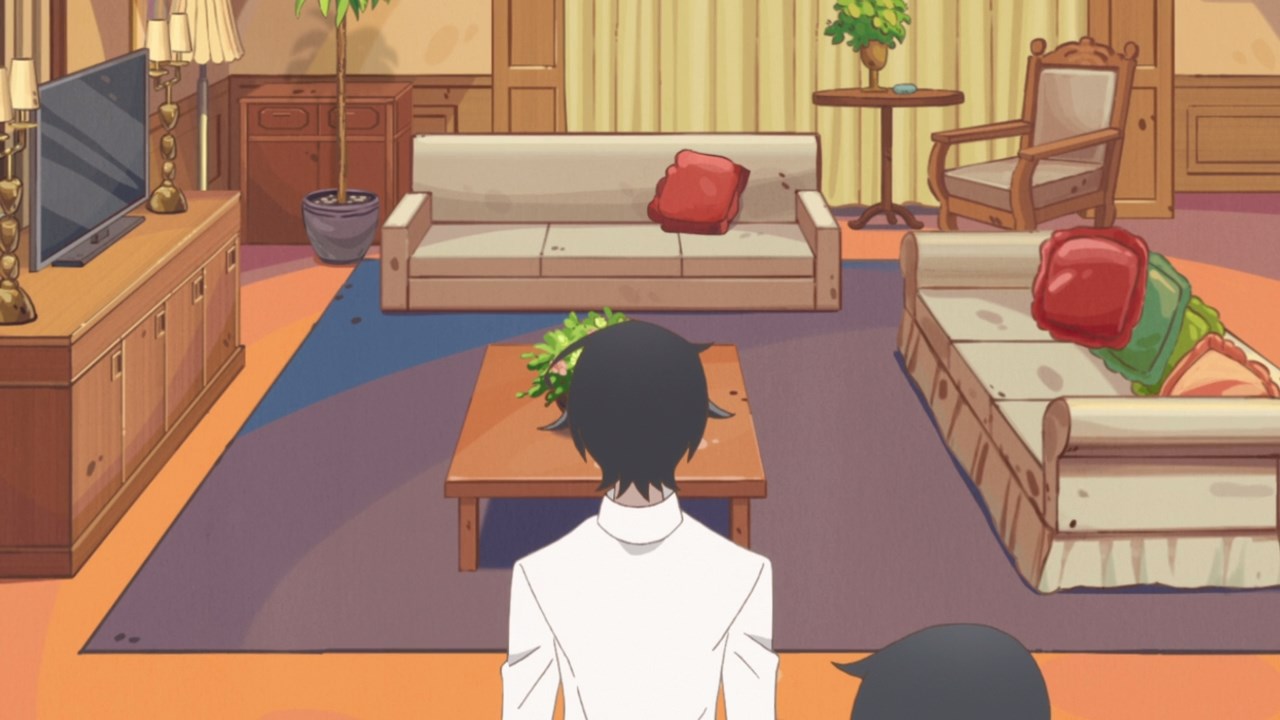 Now then, let’s start with Kakushi Goto where he’ll stay at a hotel for one night.

Oh and it’s not just because he’s getting a vacation, but rather that Satsuki Tomaruin wants him to redo to manuscript and submit it tomorrow morning as the editor-in-chief doesn’t like its poor quality. 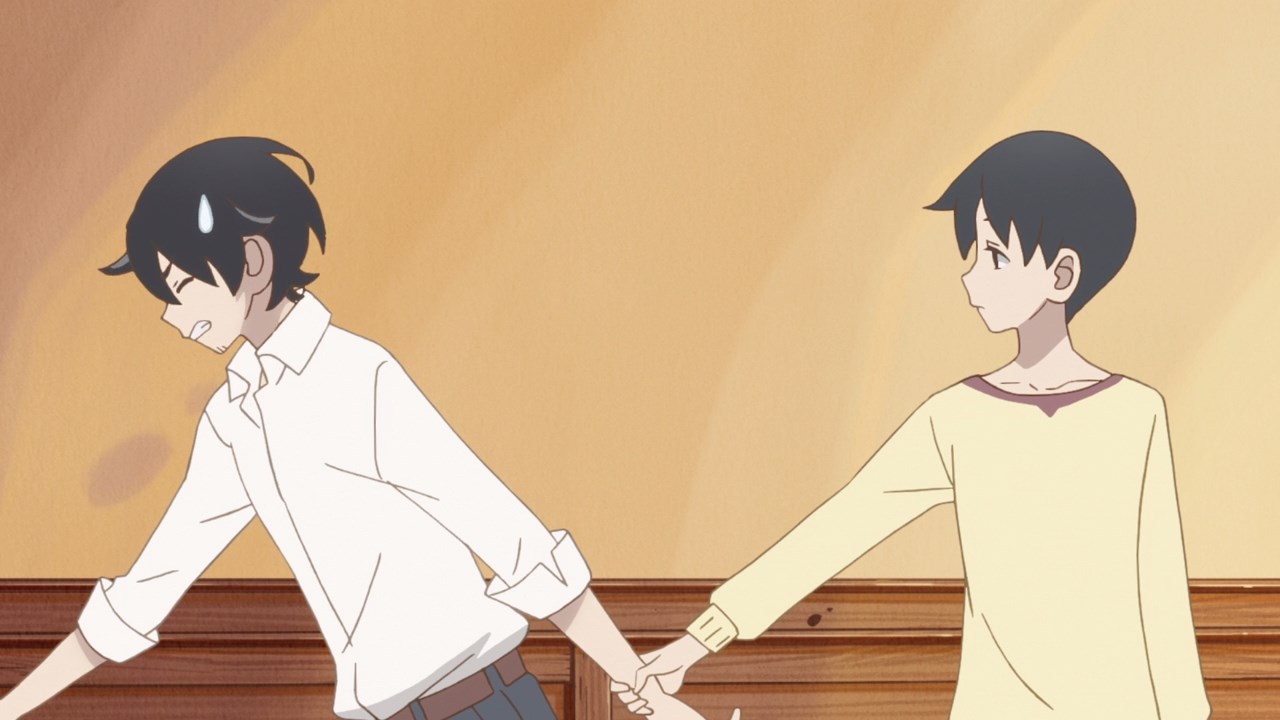 For Kakushi, he can’t stay at the hotel as the mangaka wants to see his daughter so badly, Satsuki says no until the manuscript is finished until 5 AM.

Of course, Kakushi can’t finish the manuscript by himself, thus he needs his assistants to help him. 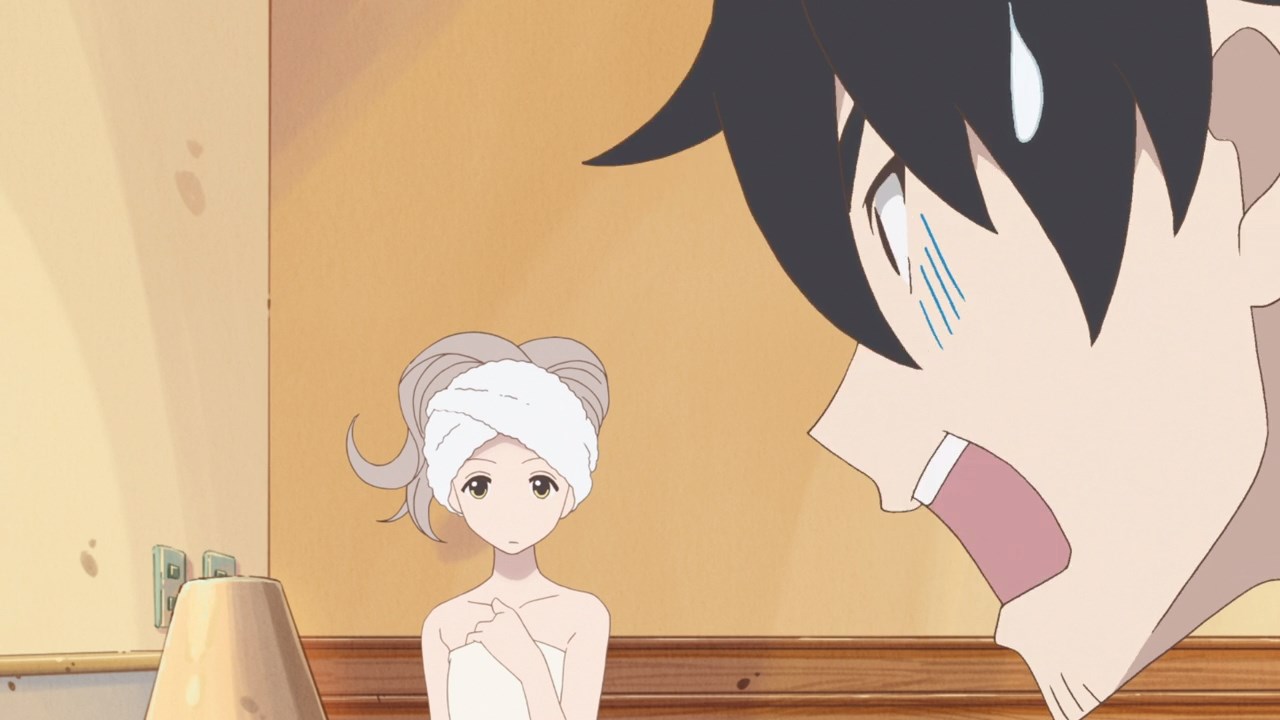 Well, there’s Rasuna Sumita where she’s here to assist Kakushi Goto, although he might get in trouble as some sleazy journalist will make a scandalous news about him having a one-night-stand with one of his assistants. 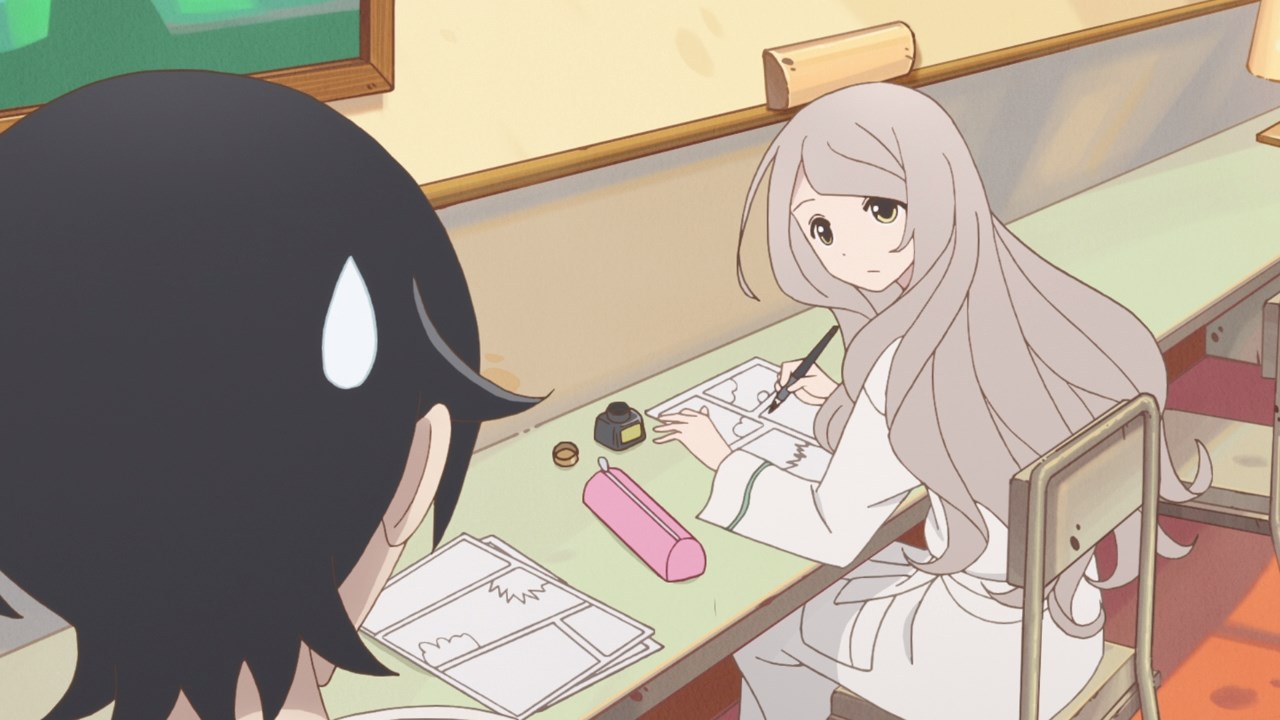 Then again, Sumita decides to wear a bathrobe instead as it’s more comfortable than wearing normal clothes.

So while Kakushi and his assistants are pulling an all-nighter, what happened to Hime-chan? 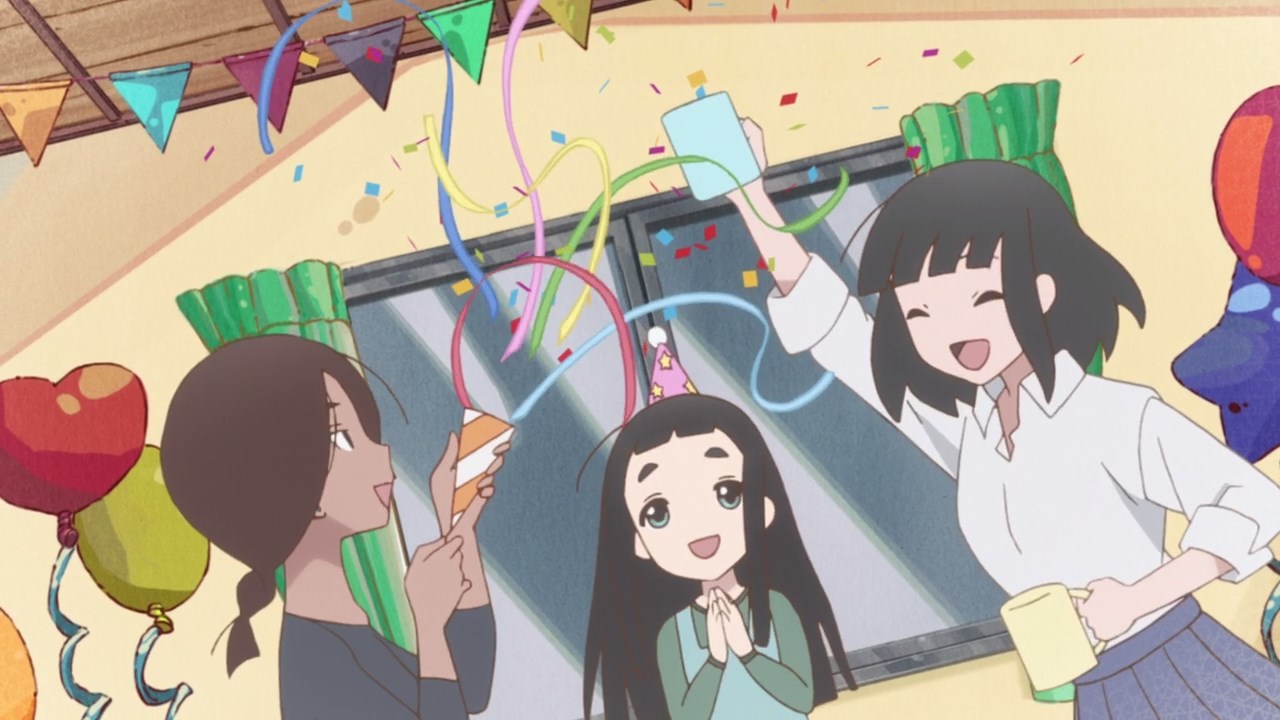 Oh, she’s okay as Hime is having a birthday party with Nadila and Naru Senda.

Actually, it’s Naru’s birthday and both Nadila and Hime-chan are celebrating it… even though Senda ran away from her parents as they don’t agree on her idol dreams. 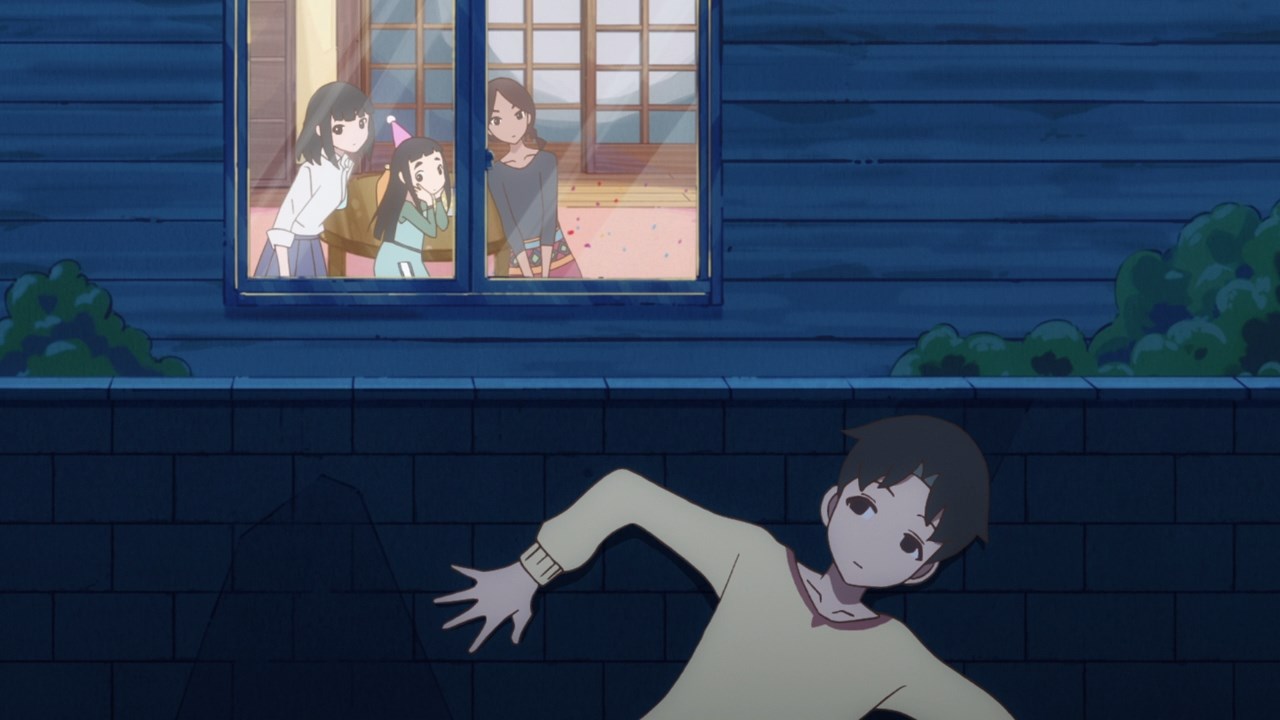 On the other hand, Satsuki Tomaruin went to the Goto household to check on Hime-chan. Well, there’s no need to because Nadila is there to take care of Kakushi’s daughter.

But you know what, Satsuki is here to watch over Nadila ’cause he has a crush on her! 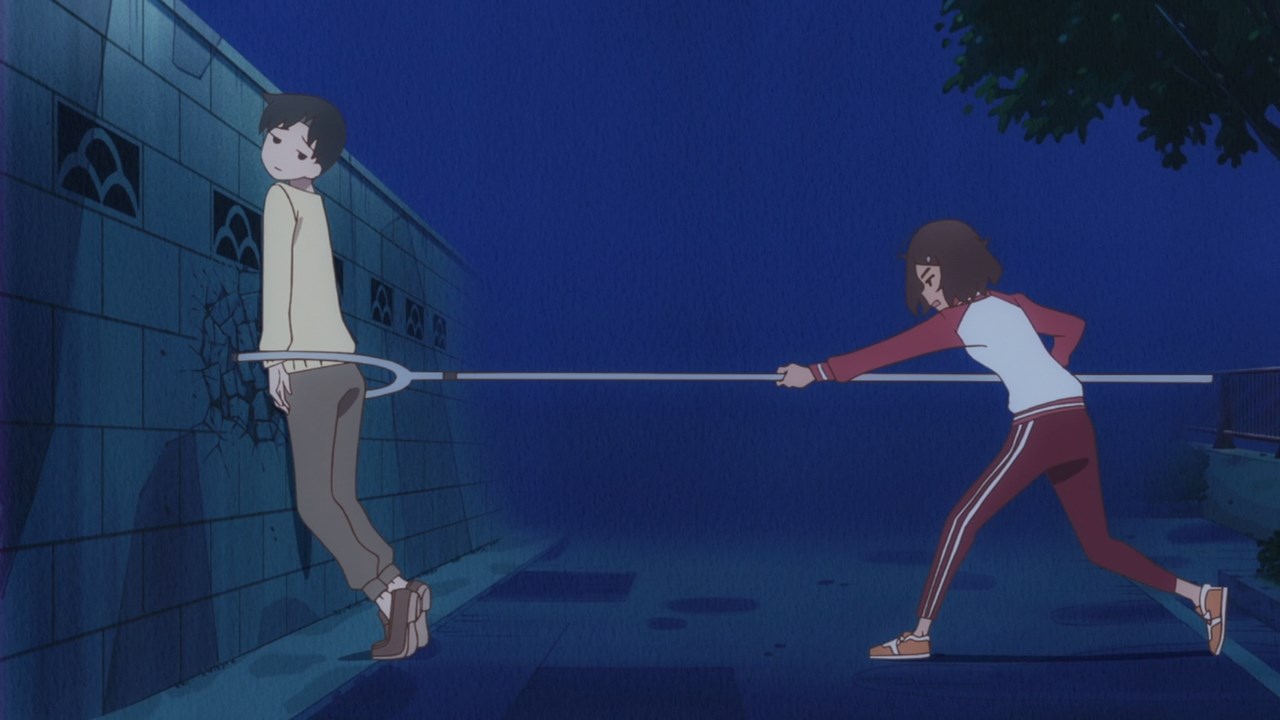 Except that Tomaruin is being a nuisance as Ichiko Rokujo accused him as a predator.

In the end, Satsuki ran away but it’s all thanks to Ichiko who protected Hime-chan from shady people! 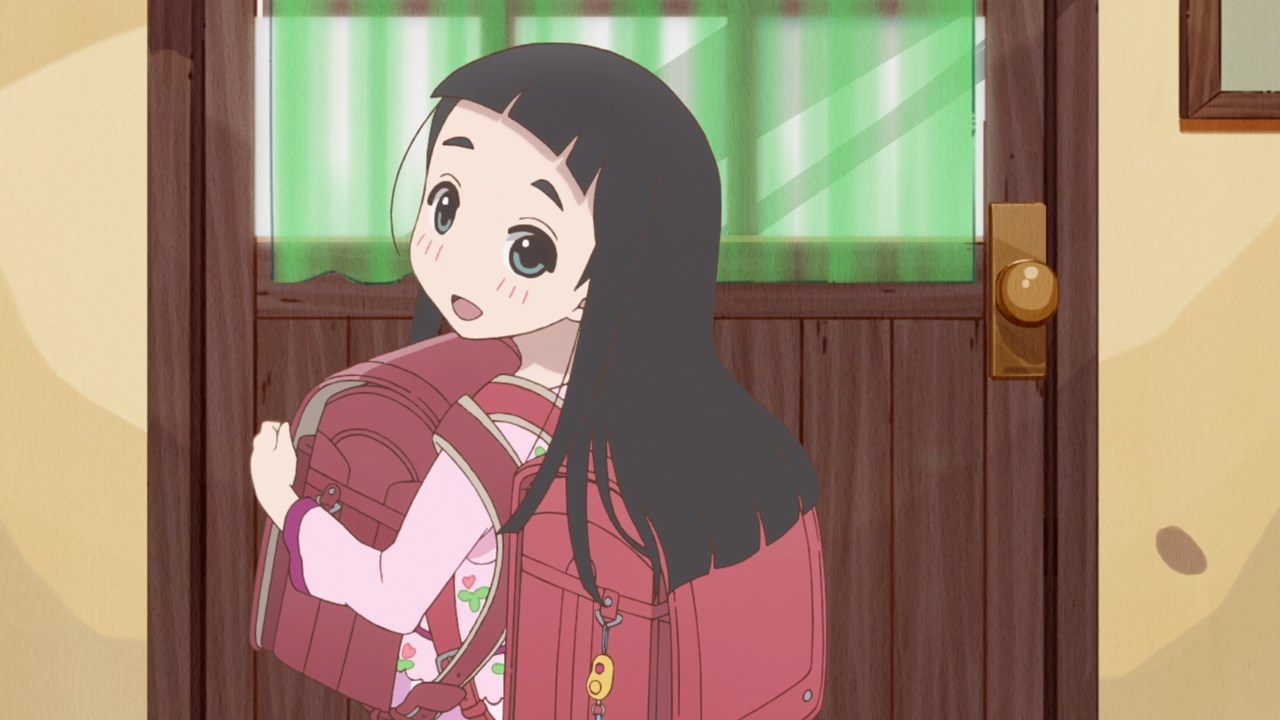 Unfortunately, some shady people are still preying onto Hime-chan as someone by the name of Naoto Date has donated a randoseru, even though Kakushi already bought one for his daughter.

Then again, it’s not like a certain fictional heel wrestler would ever donated a bag for a child. Still, seems that Kakushi knows who actually did it. 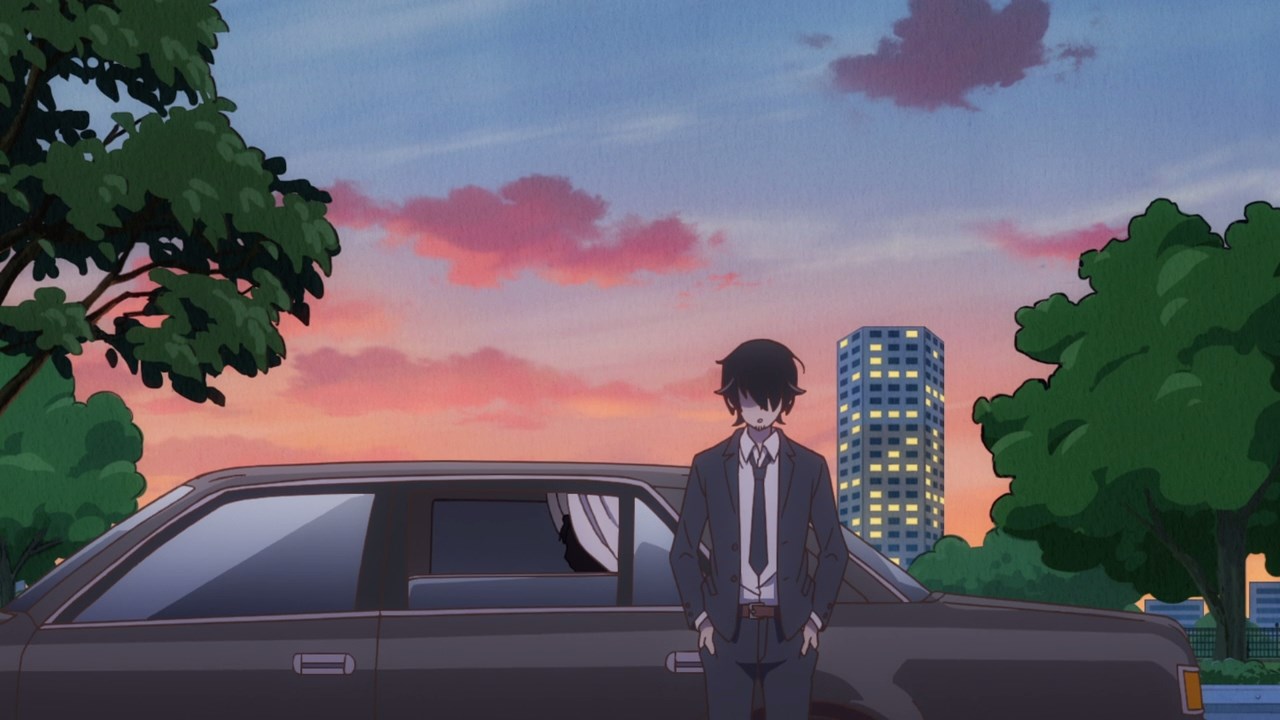 In fact, Kakushi talks to a certain person who’s just chilling out inside the limousine. 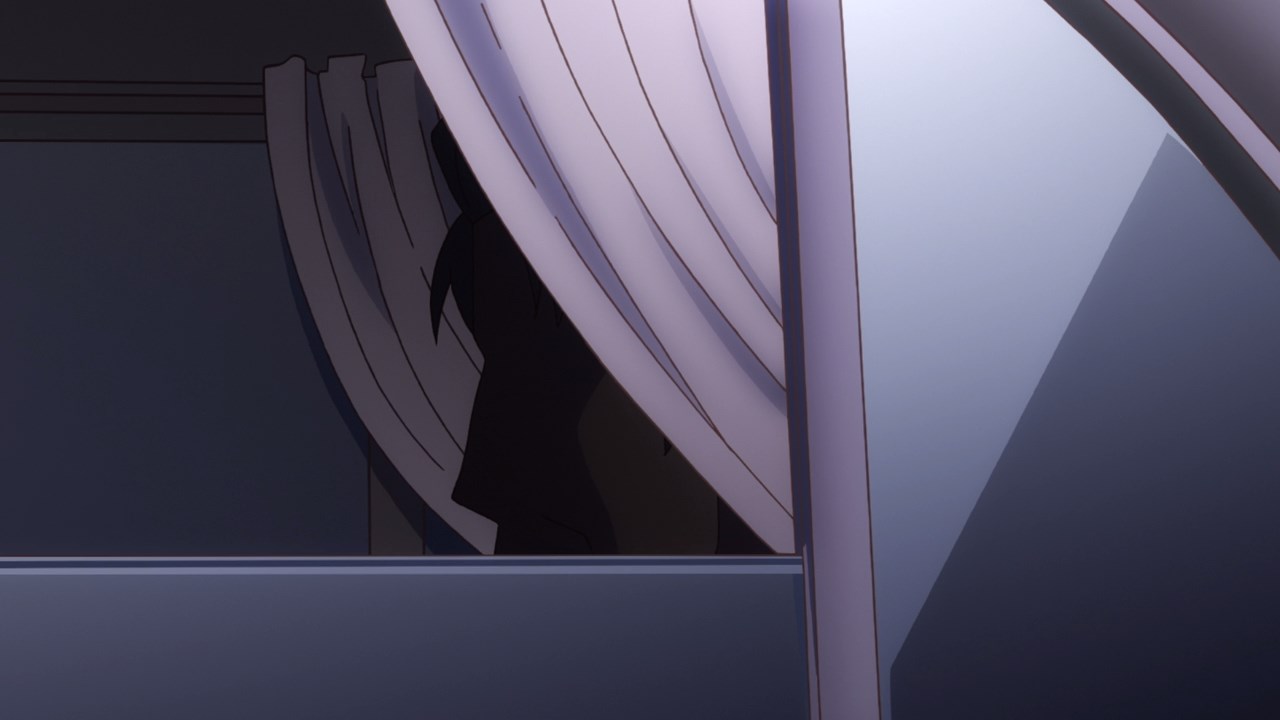 Of course, this person is actually Hime’s grandfather where Kakushi-san is very distant towards him, moreso when Kakushi’s wife passed away just a few years early.

Still, I think Hime’s grandfather will be important later on… 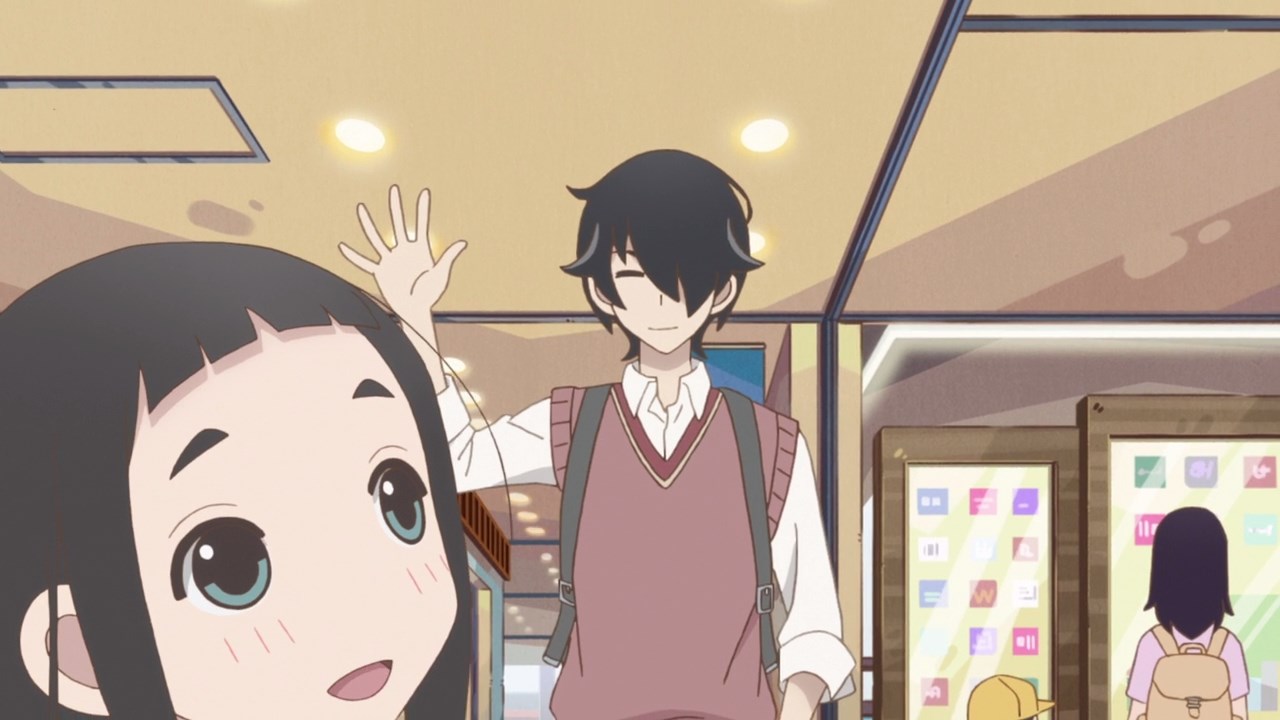 Right now, Kakushi went to a shopping mall together with Hime as he takes his daughter to Kidzania. Oh sorry, I meant to say Kidzanira. 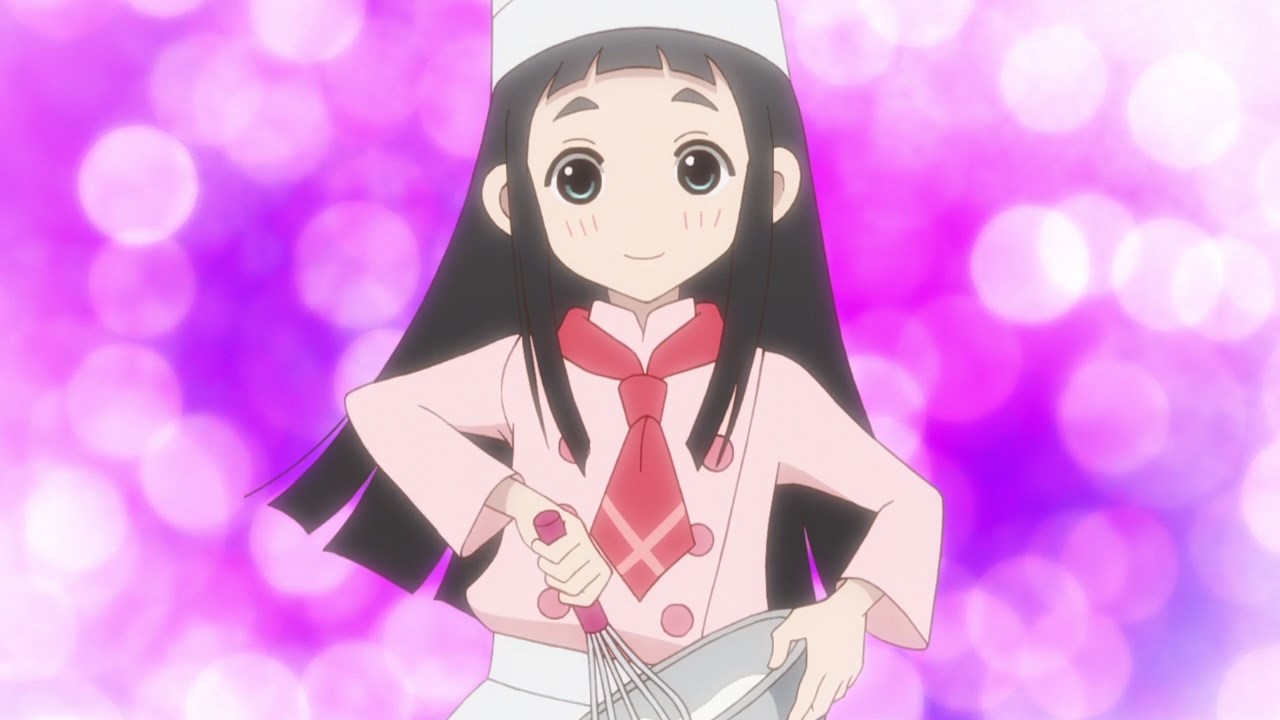 But anyways, Hime-chan is having fun at Kidzanira as she takes various jobs there. I hope she doesn’t take the mangaka route as Kakushi-san is scared about that. 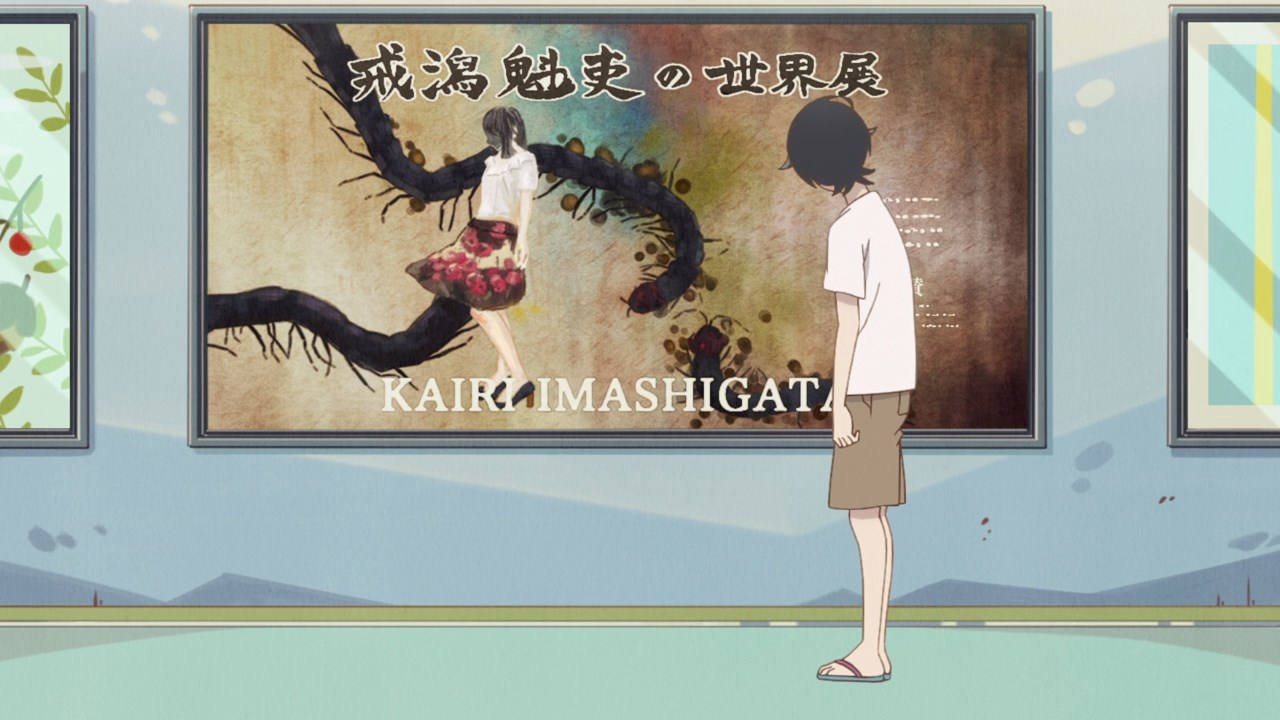 Speaking of Kakushi Goto, he’s heading towards the bookstore for the autograph session. Then again, it’s not like his manga is popular to everyone.

On the other hand, Kakushi is mesmerized at Kairi Imashigata’s artwork and while Kairi’s artistic talent is miles ahead compared to him, seems that Kakushi really knows him. 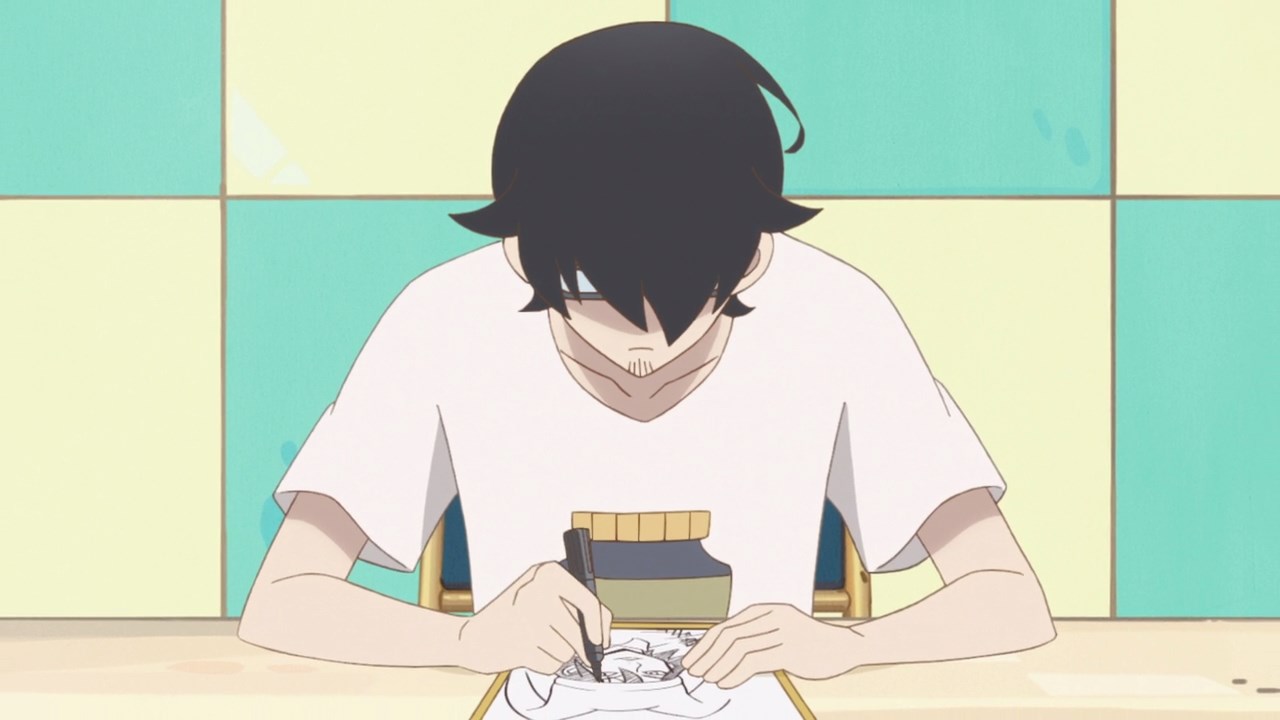 But right now, it’s time for the autograph session as Kakushi Goto is giving away a signed copy of his artwork such as the main character of Kaze no Tights. 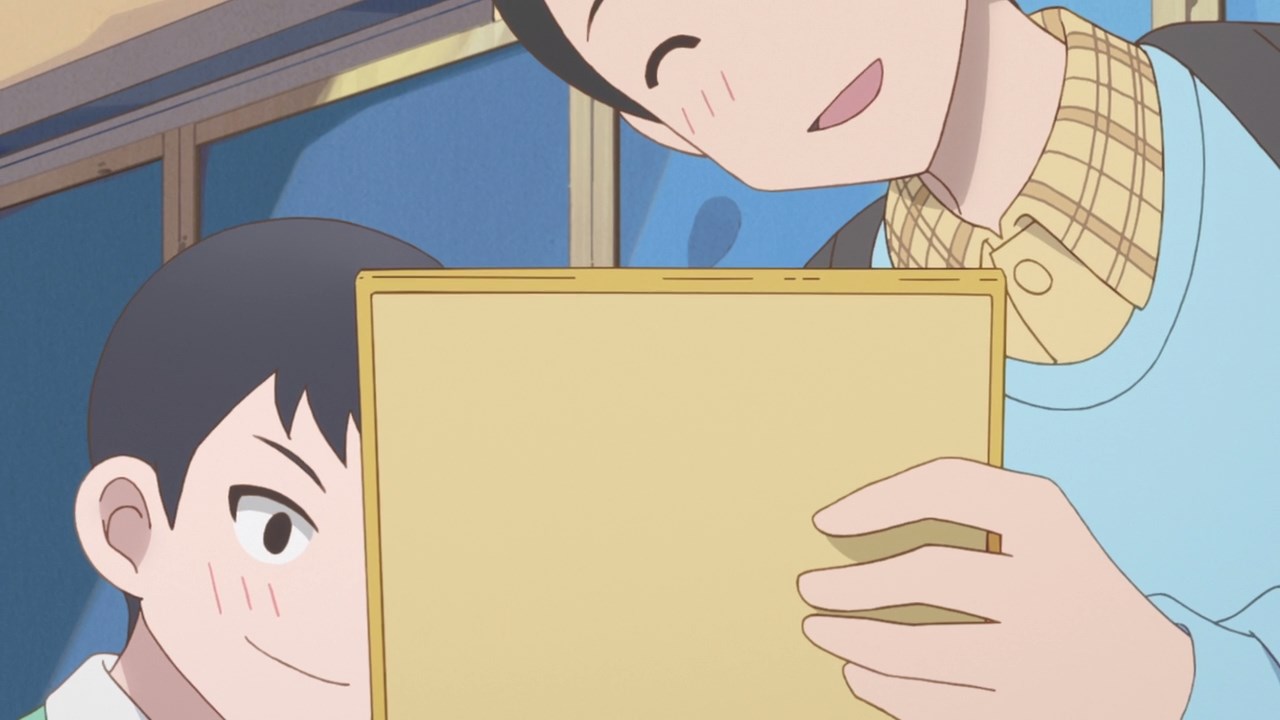 And while he’s pessimistic that the line won’t be as long at first, looks like Kakushi is surprised that everyone, both young and old, are fans of his manga. 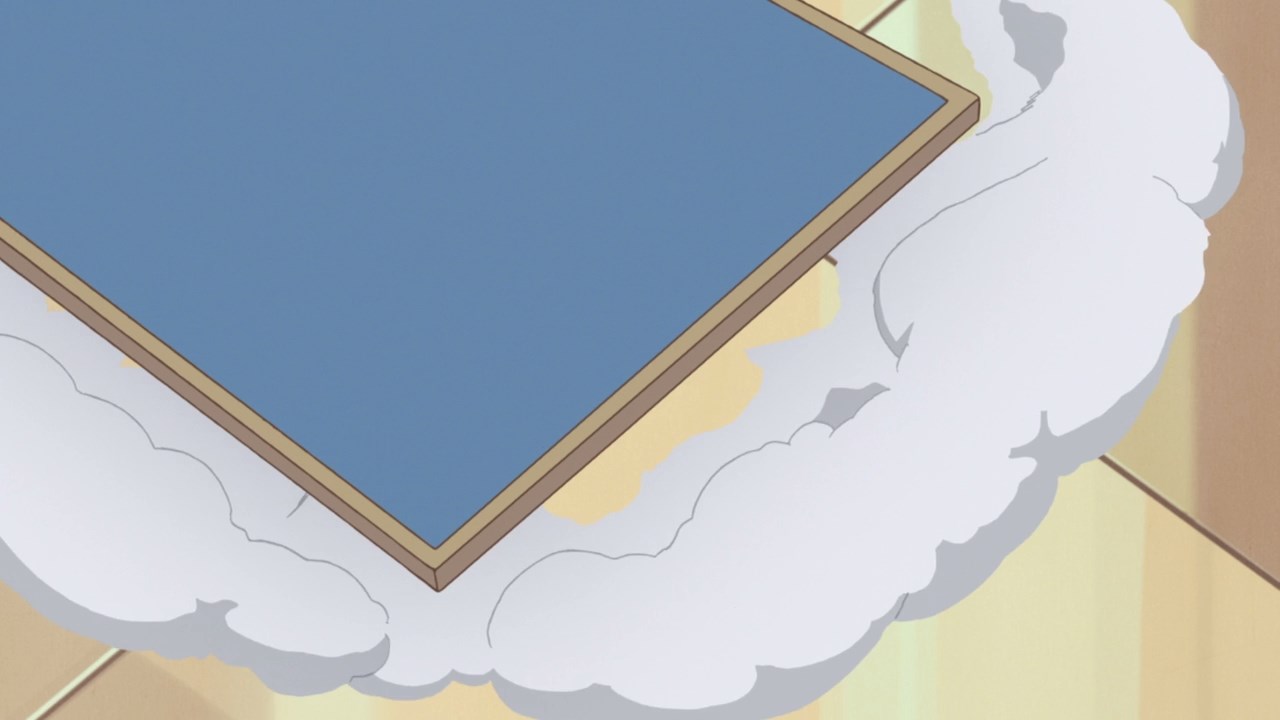 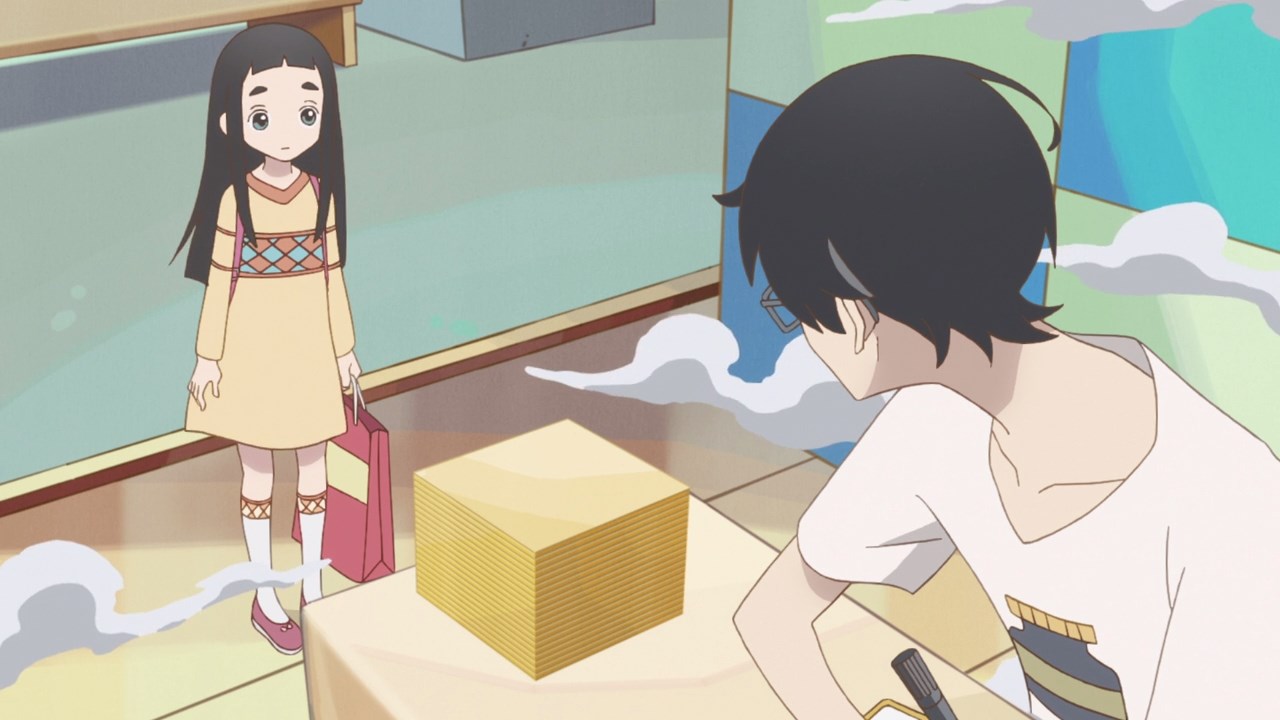 Unfortunately, it appears that the autograph session was interrupted when a wall fell down and not only that, but Hime Goto is here at the bookstore.

For Kakushi Goto, his day as a mangaka is finally over now that his secret is revealed to his own daughter. 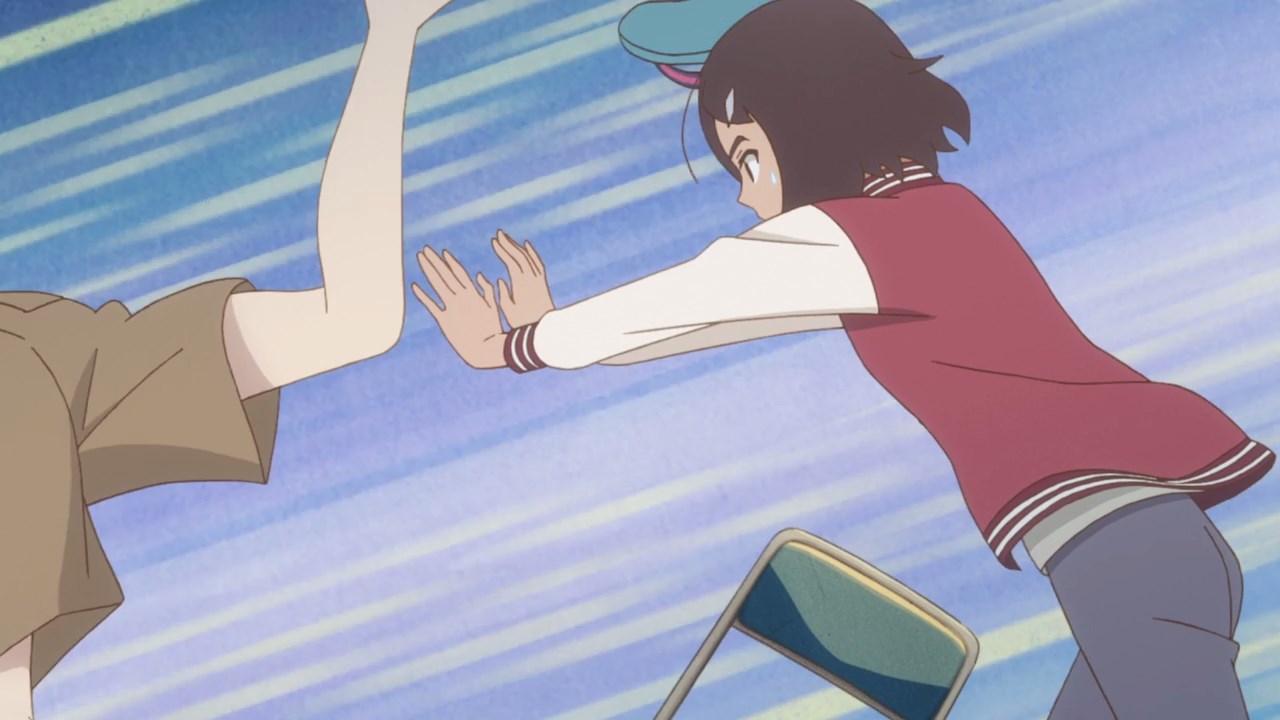 Then again, Ichiko Rokujo came to the rescue as she kicked him out and told Hime that he’s just a random guy pretending to be an artist. Therefore, Ichiko wants to pretend that she’s an artist too. 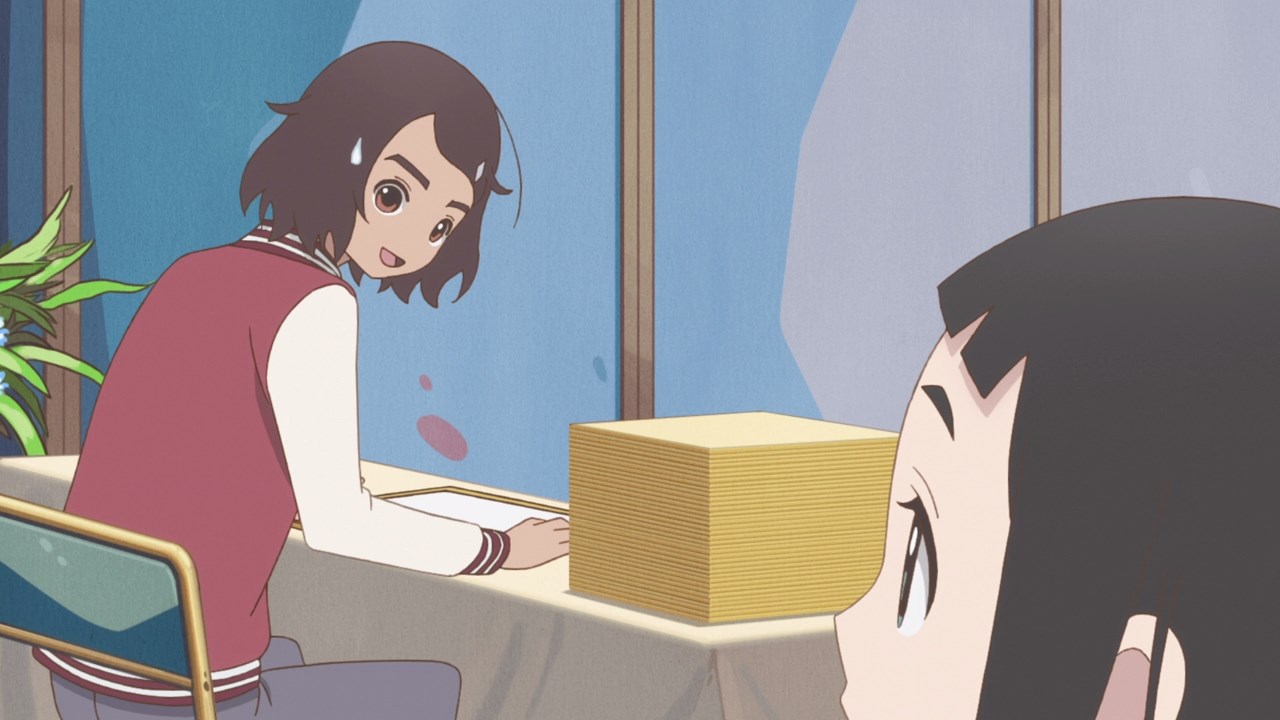 But anyways, looks like Kakushi’s secret is safe for now thanks to Ichiko Rokujo. Man, what a close call there but I’m really curious about Hime’s grandfather as he’s more than just a rich old guy.

Still, we’ll find out later as Kakushigoto has reached its halfway point. Next time, I hope that Kakushi’s secret life as a mangaka continues…