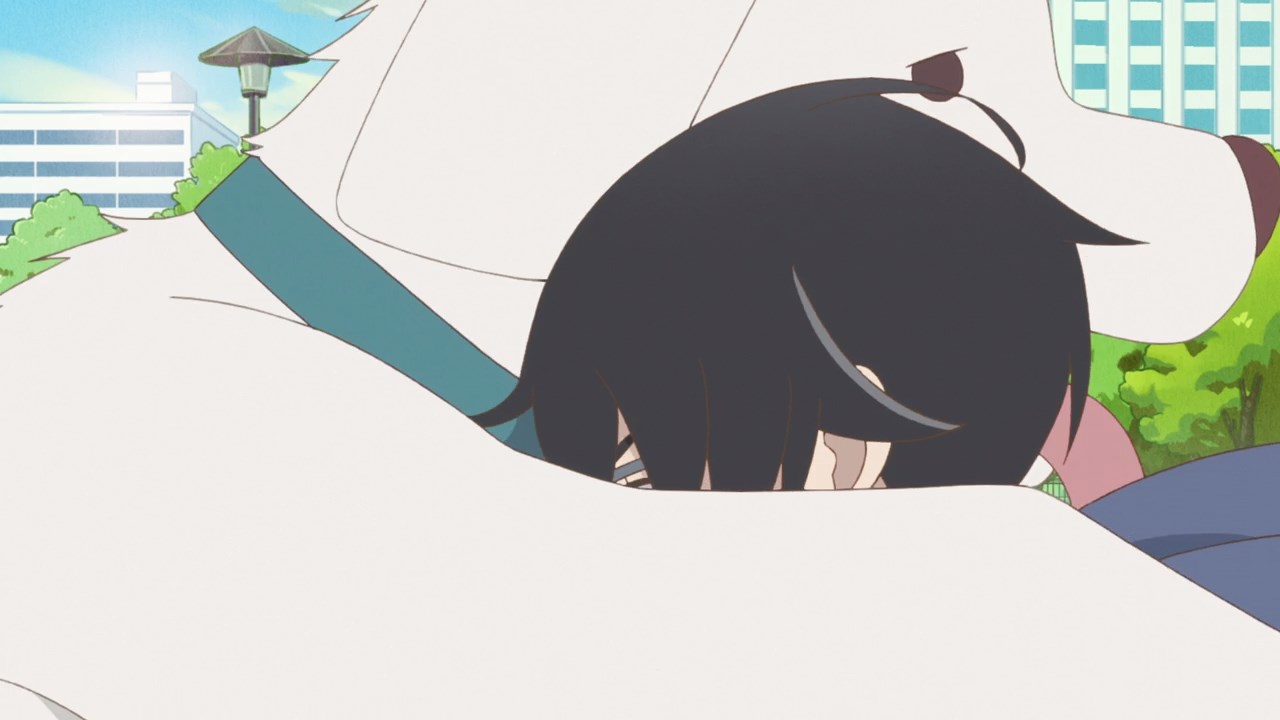 Well look what we have here, Kakushi Goto is being pounced by a large dog which it could be a St. Bernard. 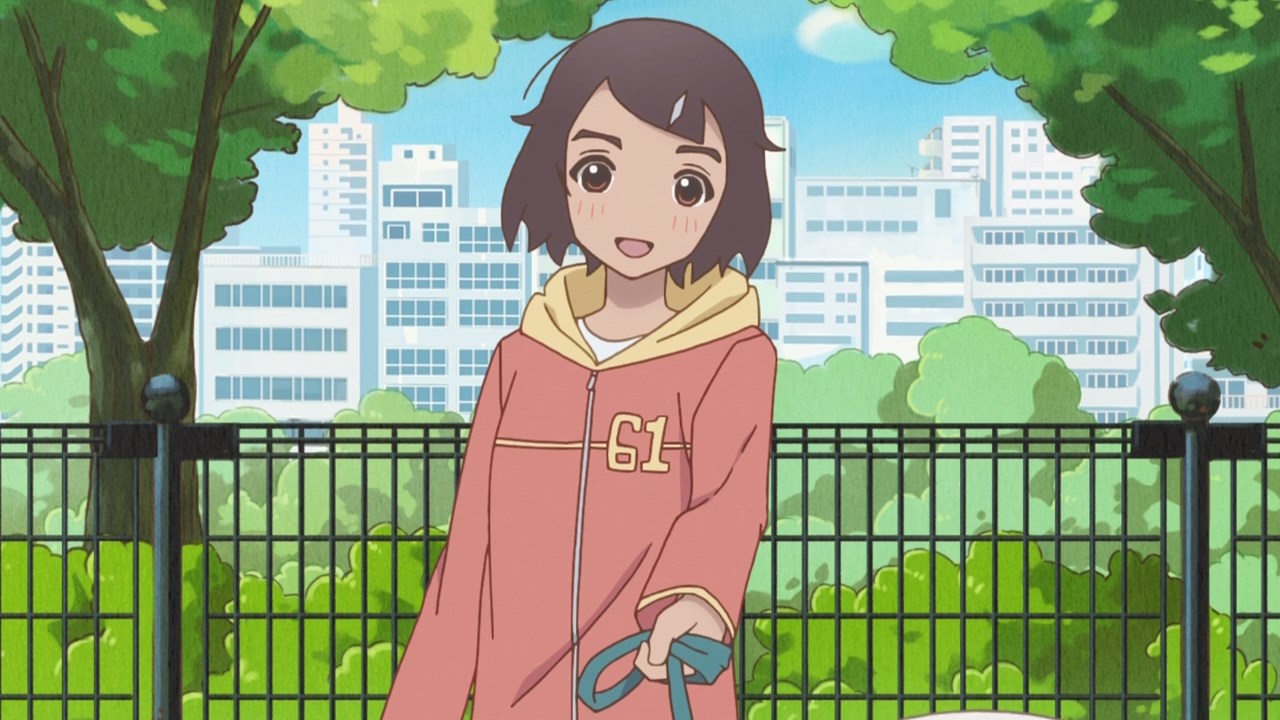 Oh yeah, and here’s Ichiko Rokujo as she owns the large dog. In fact, Ichiko is taking care of it when she was a child. 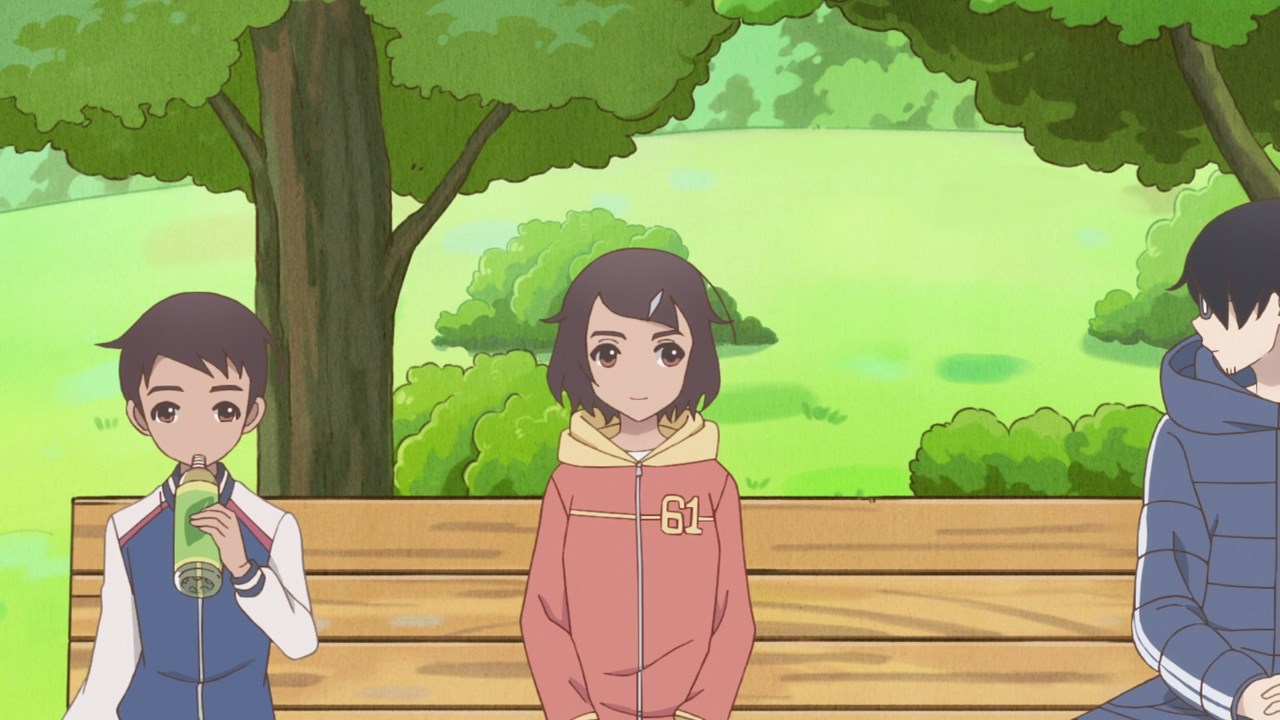 And one last thing, Ichiko brought her little brother too, which Kakushi-san is surprised that Hime’s teacher had a sibling.

Come to think of it, it’s unfortunate that Hime-chan didn’t have a sibling to play with as her mother passed away. On the other hand though, Hime wants to own a pet to take care of it. 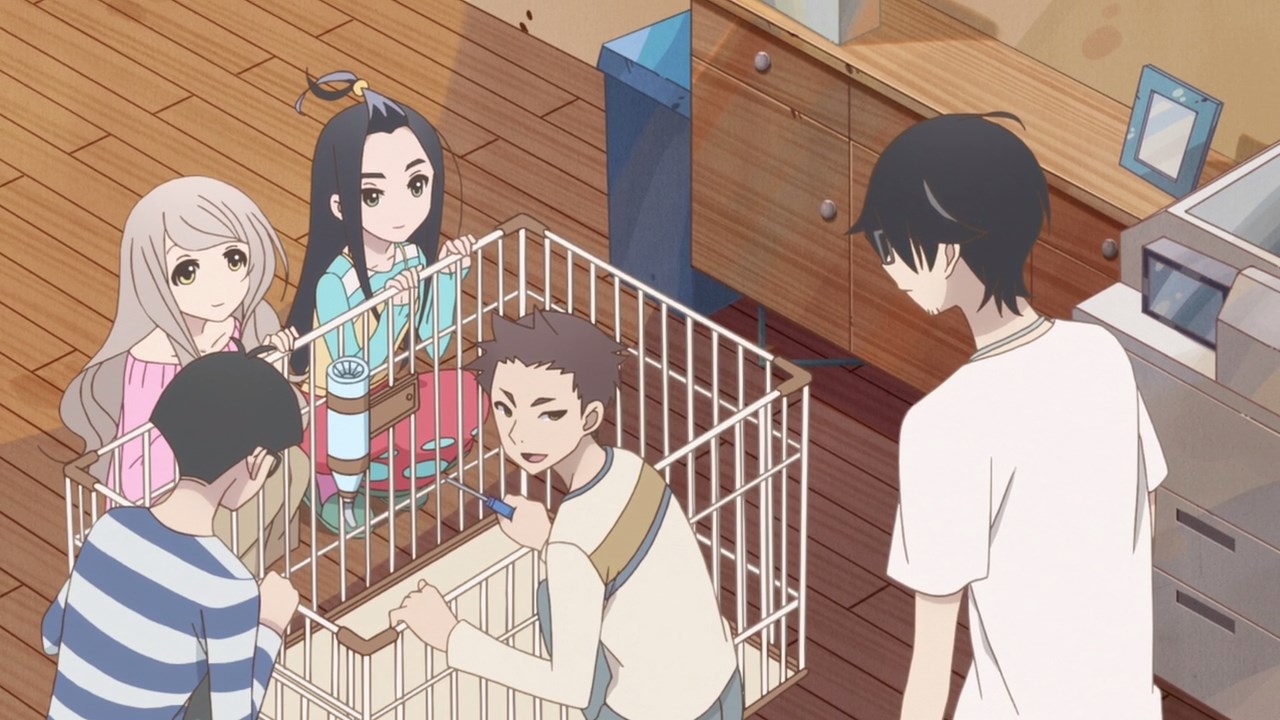 Anyways, looks like the assistants at G-Pro have heard that Kakushi-sensei is gonna own a dog soon.

Heck, Kakeru Keshi and the rest are eager to see one as they already bought a cage for it. 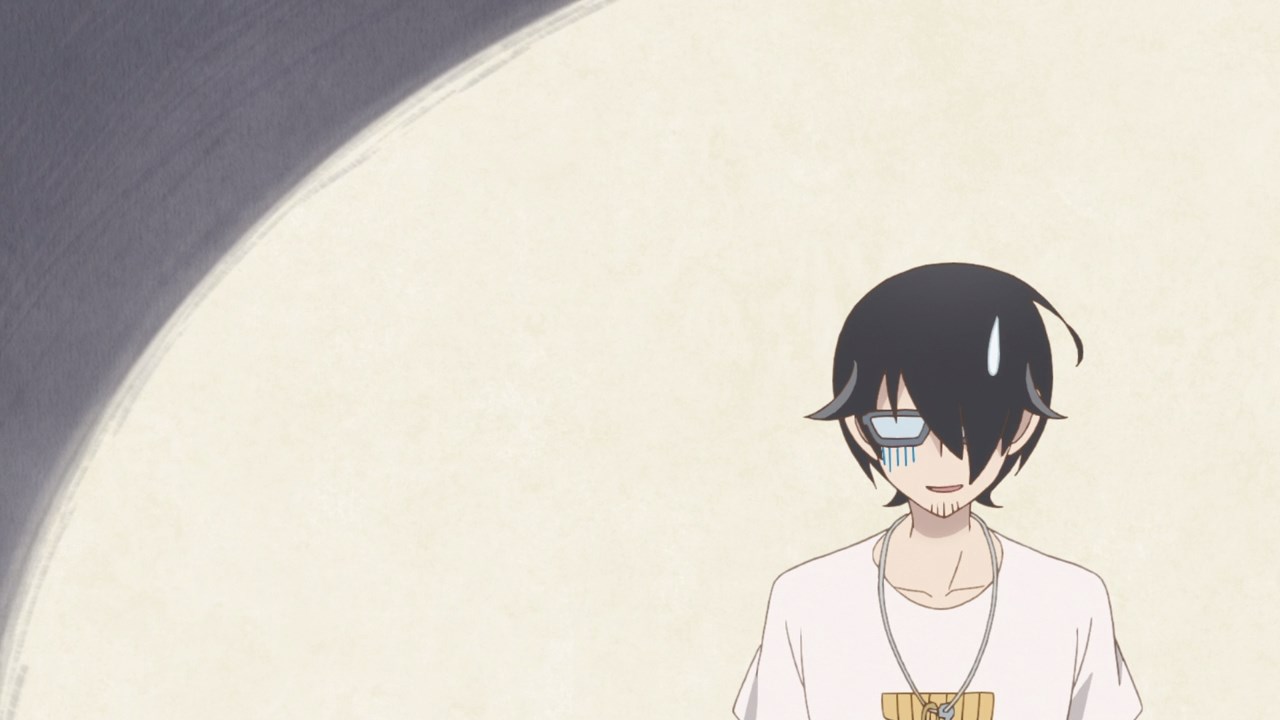 Unfortunately, Kakushi doesn’t plan to adopt one. Well, he was supposed to own a dog but someone already beat him to the punch. 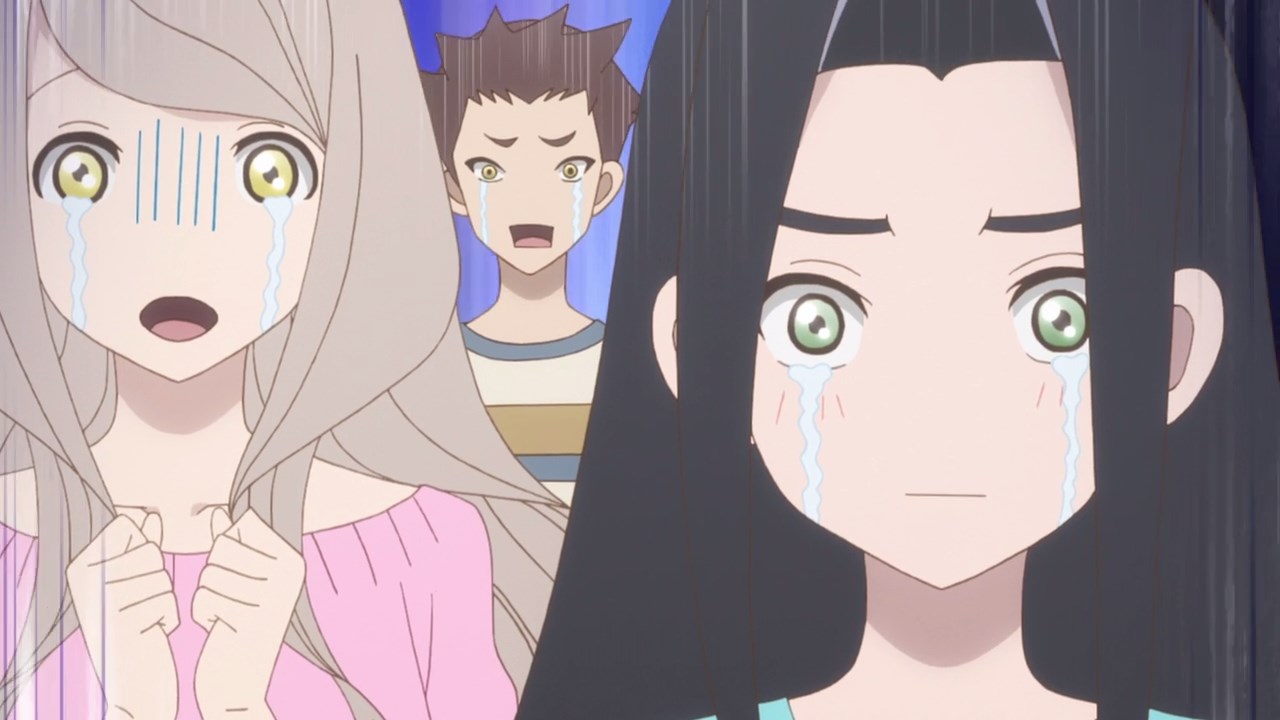 And when they heard about the news, everyone felt disappointed that Ami Kakei and the rest are looking forward to see Kakushi’s pet dog. 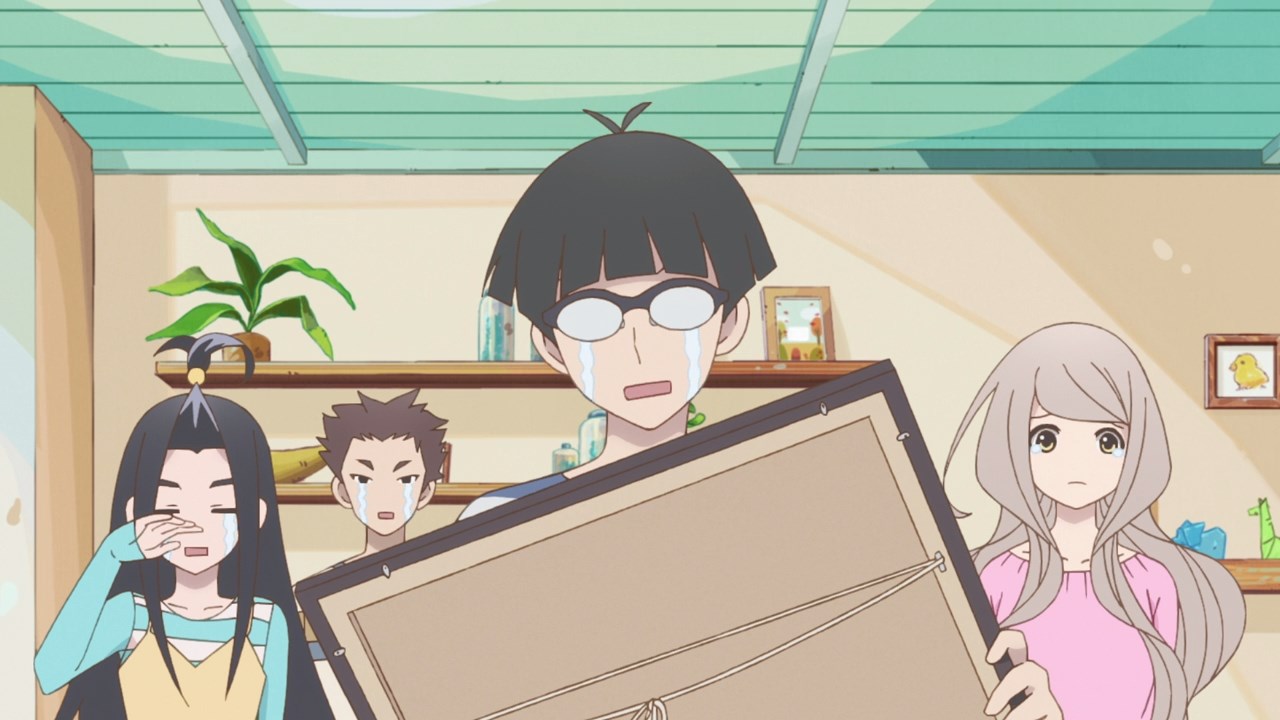 Because of this, Kakeru Keshi decided to vent their sadness by getting a portrait painting that features a girl and a dog. 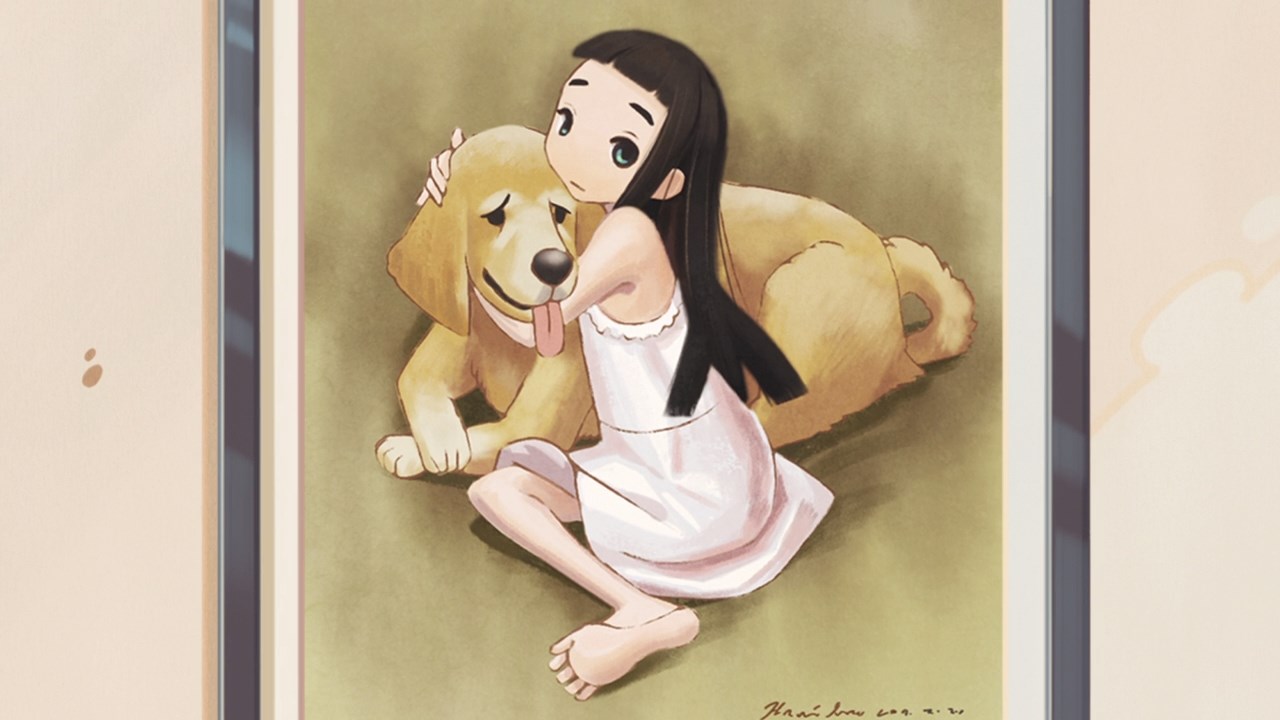 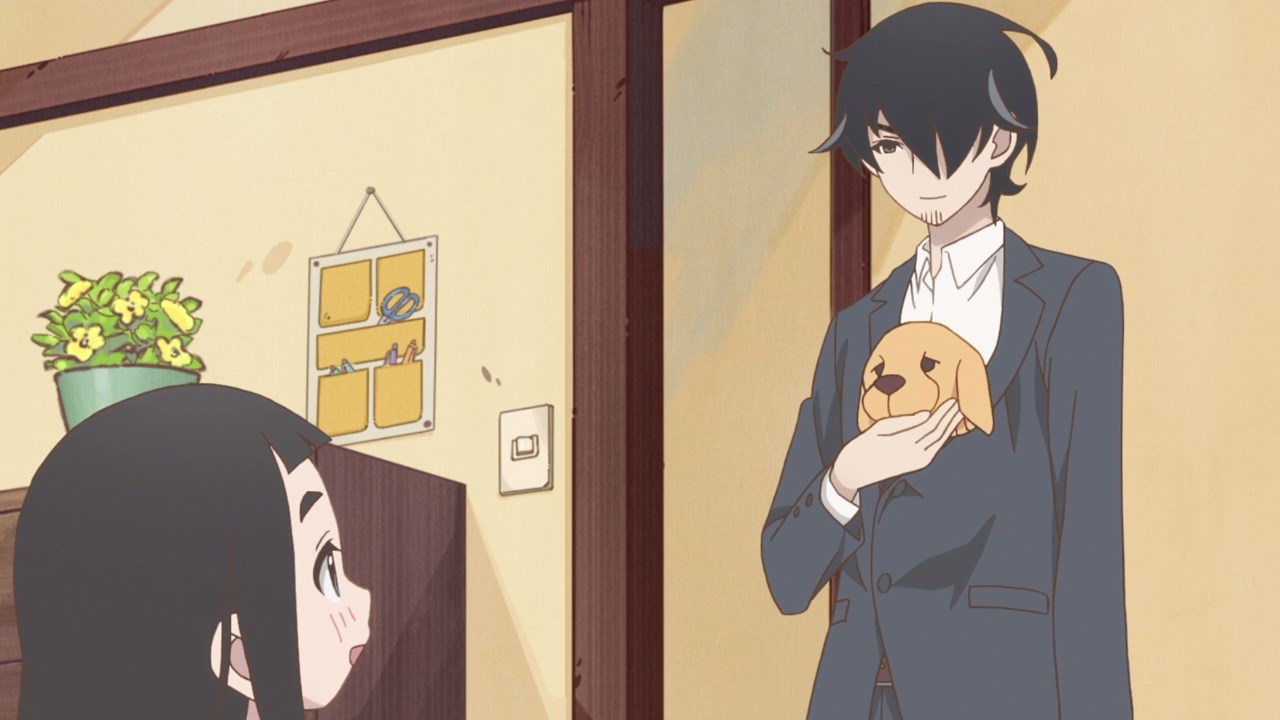 But now, let’s move onto Kakushi where he finally got a dog from a certain benefactor. Gotta say that Hime-chan is really happy to own a dog! 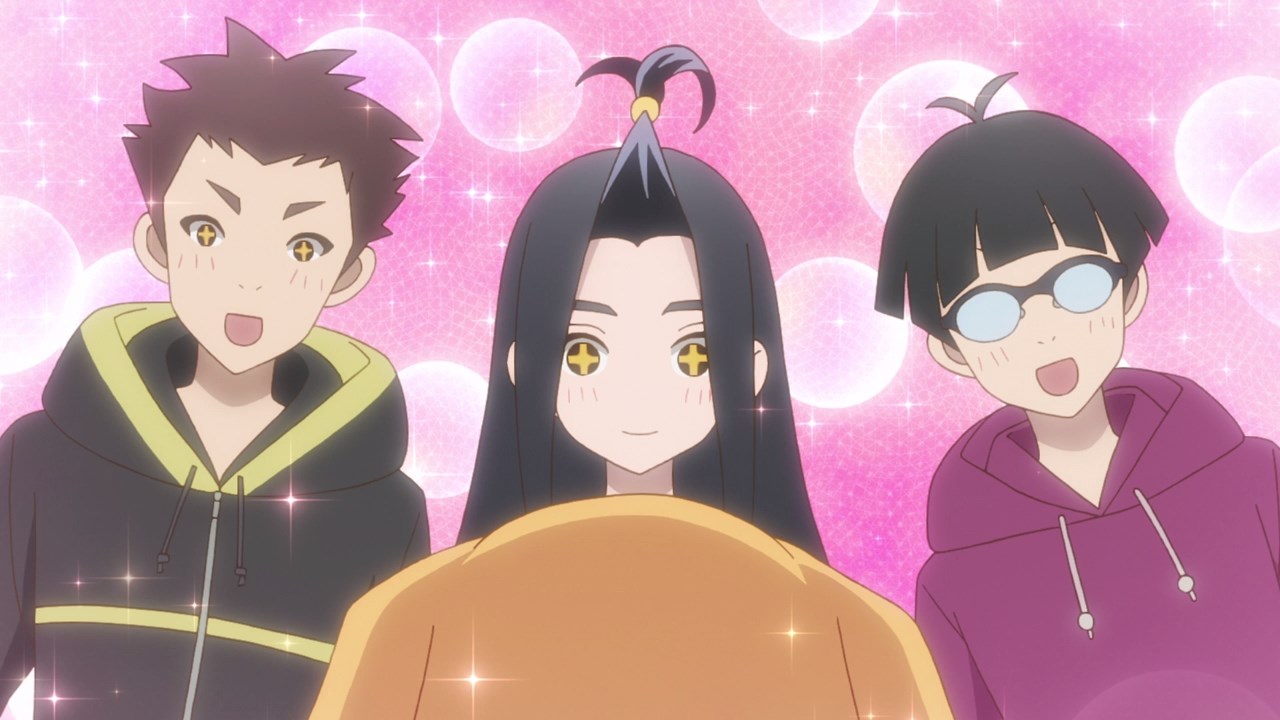 Heck, even Aogu Shiji, Ami Kakei, and Kakeru Keshi are in bliss to see Kakushi’s new pet dog. Then again, I feel that his new pet dog is somewhat familiar. 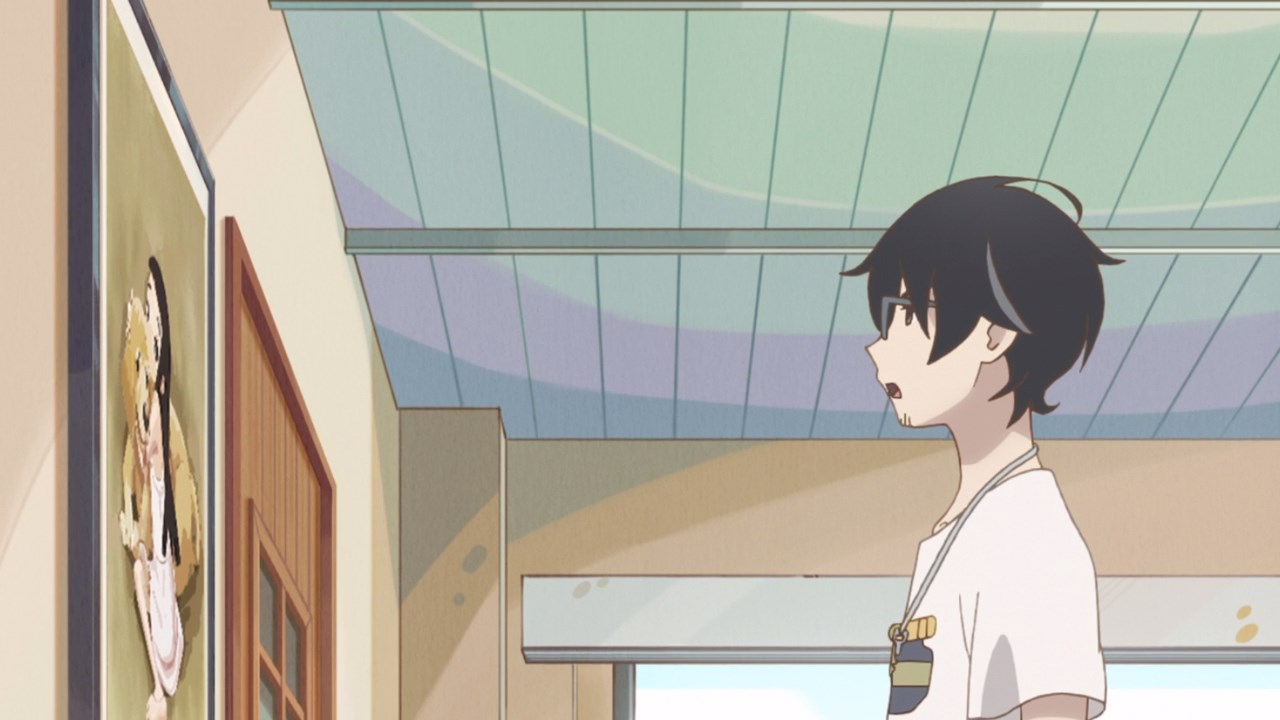 Oh and remember the painting that Kakuru brought into the office? Turns out that it was made by Hime’s grandfather as Kakushi pointed out.

As for the girl in the painting, it’s actually Kakushi’s deceased wife where I have to say that her resemblance to Hime-chan is uncanny. And as for the dog that Kakushi adopted? It was owned by Hime’s grandfather where it’s actually the 4th generation of it. 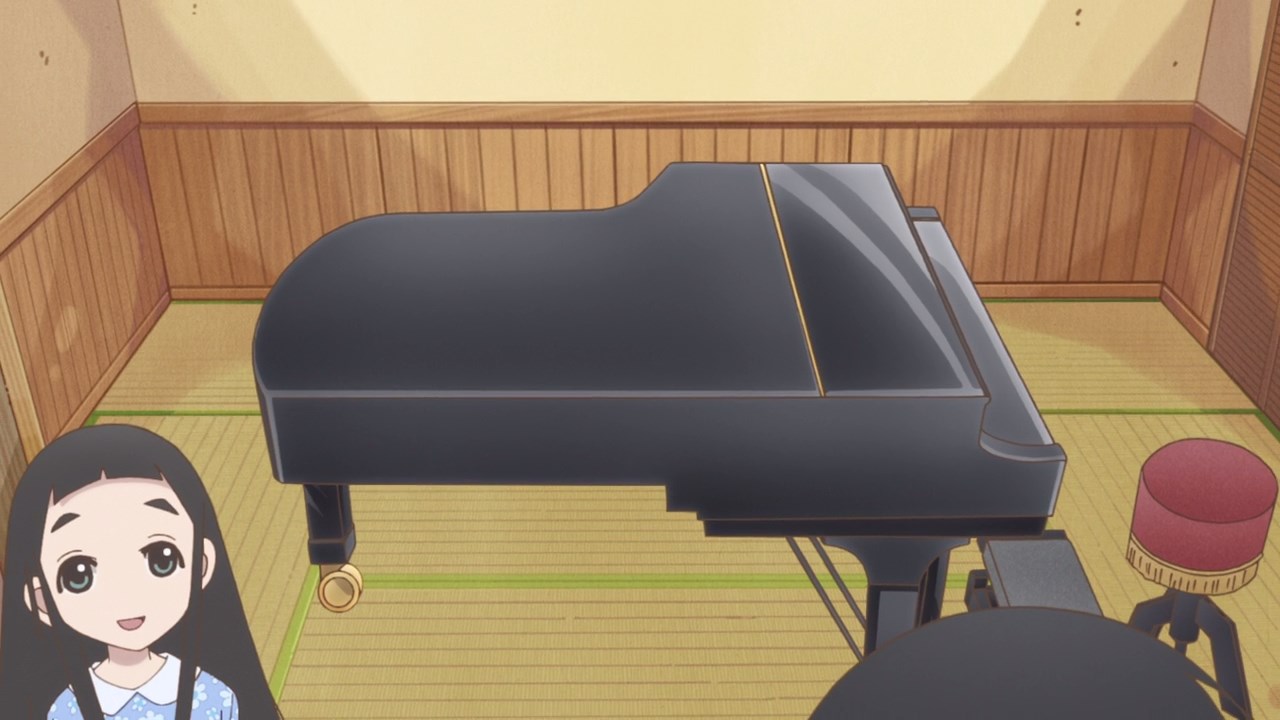 But speaking of Hime’s rich grandfather, it appears that he’s sending various things to Hime-chan like this piano over there.

I know that he’s very generous, but Kakushi found it annoying and possibly too much for him to handle such expensive things. 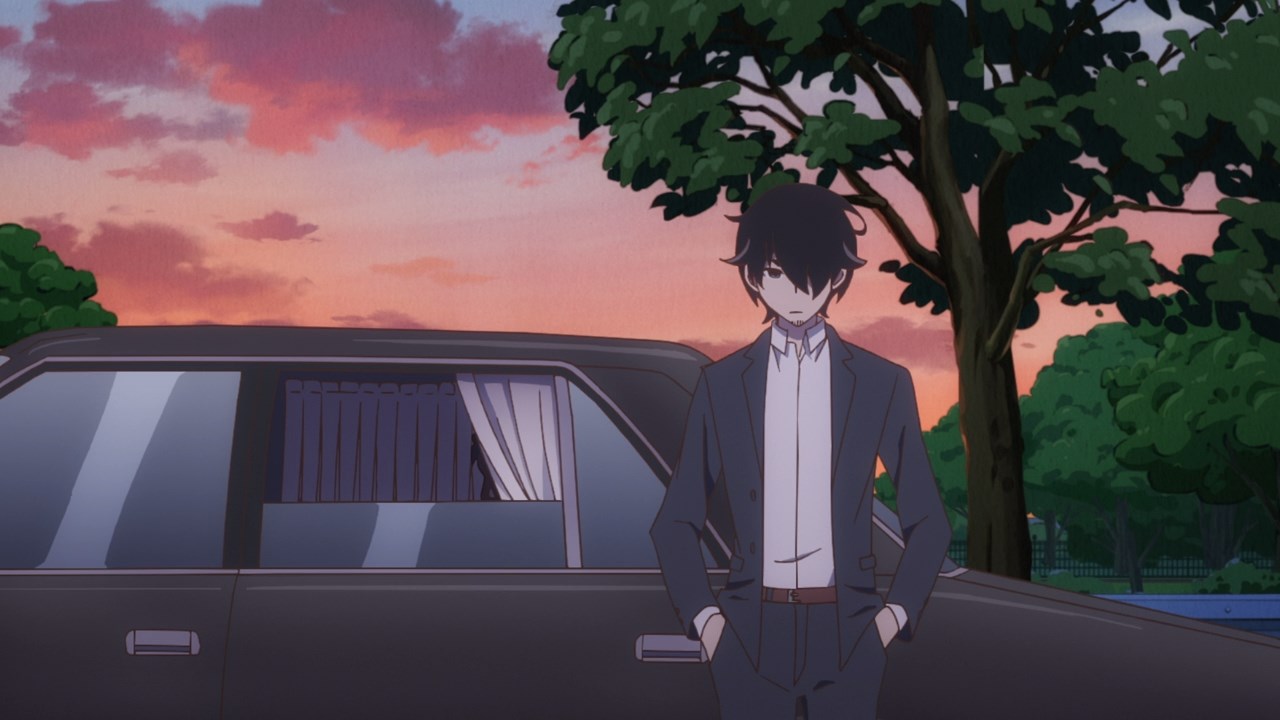 So, Kakushi told the benefactor to stop it, although Hime’s grandfather will continue to do so because Hime’s presence reminds him of his late daughter. 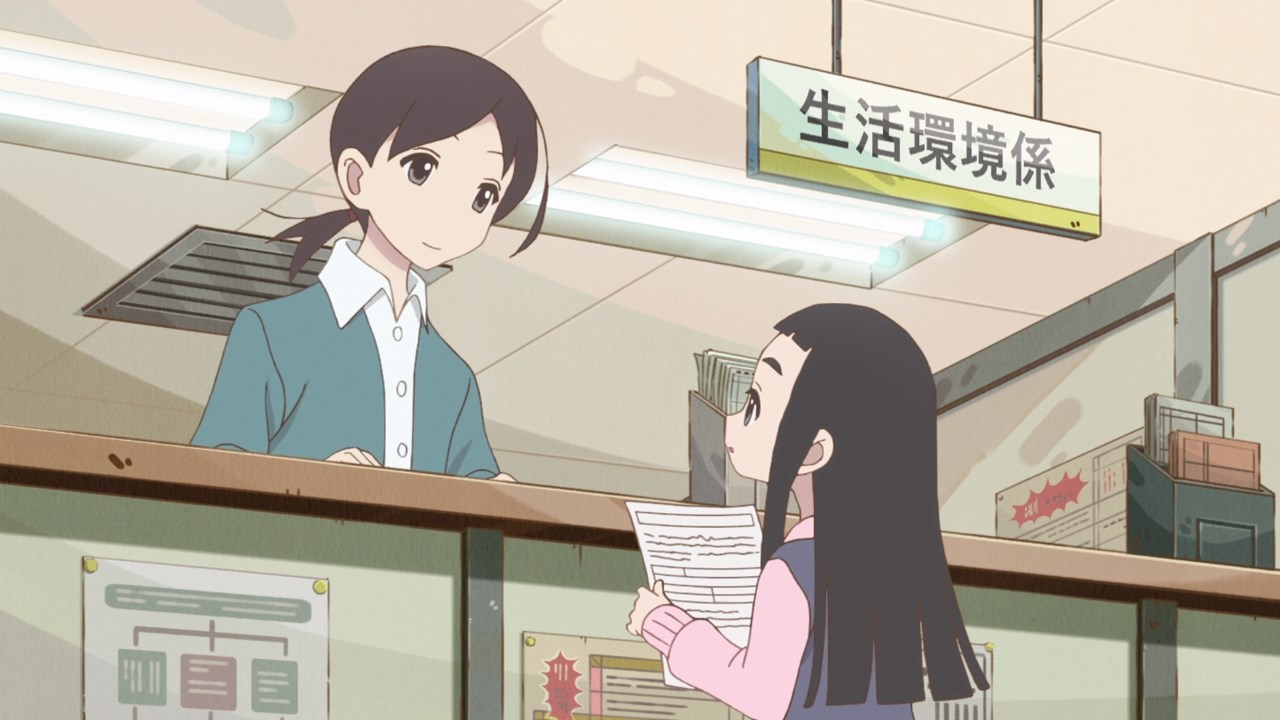 Now then, let’s move onto the next scene as Hime Goto is about to give a name to her pet dog, although she couldn’t think of a name so Hime asked the registrar for assistance. 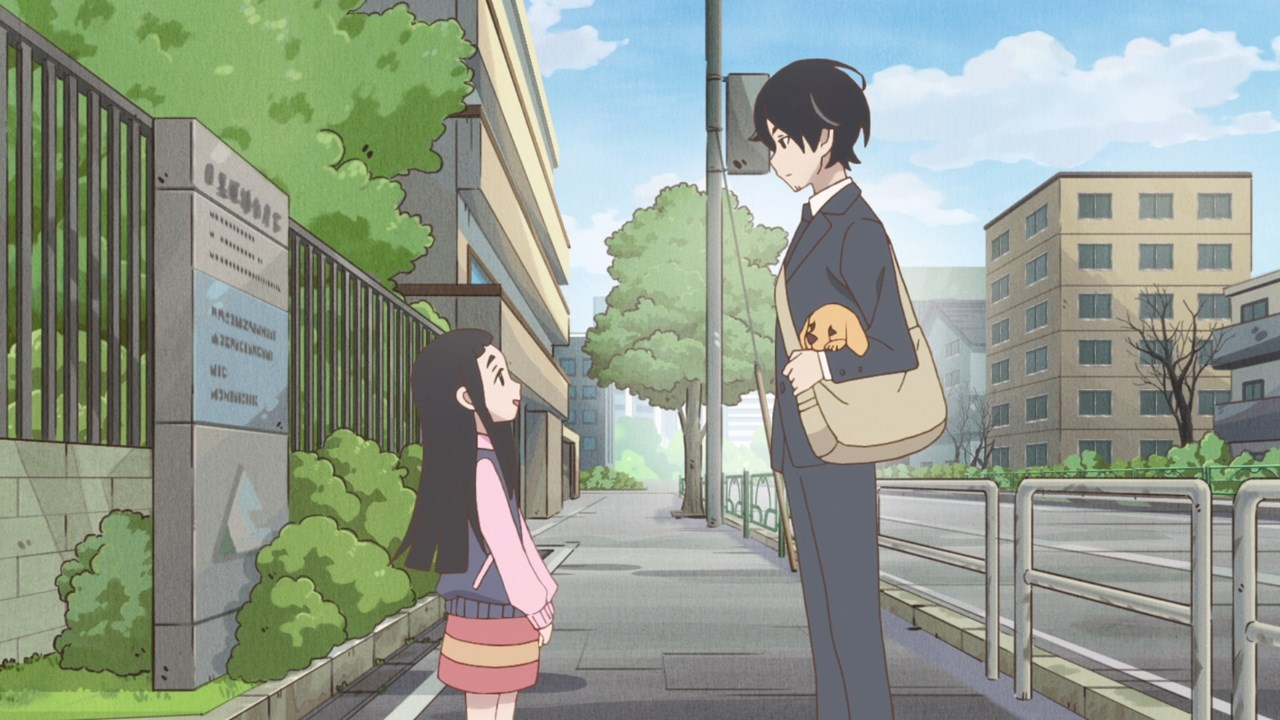 But after a few minutes, Hime told her father that their pet dog has a new name. That’s great, but what name did the registrar gave it to the dog? 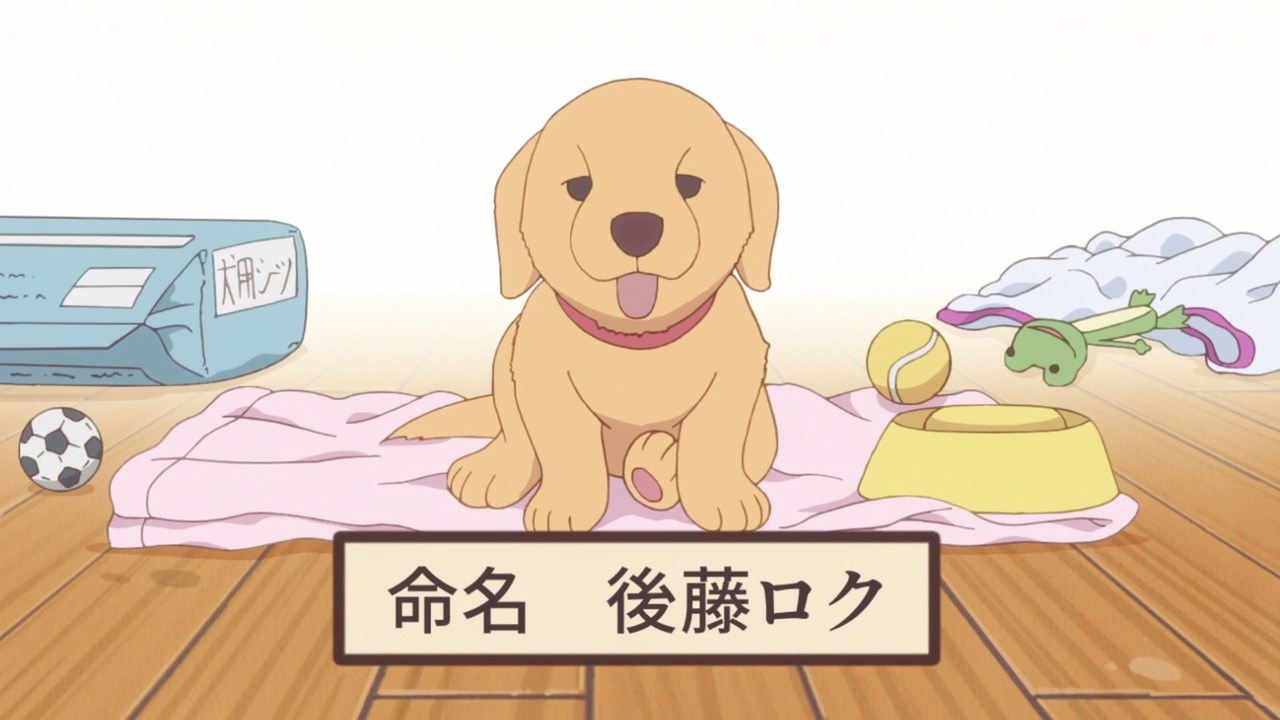 Well, this dog’s name is Roku Goto which is a weird one to normal people. Heck, it’s weird to have a last name for a dog like Roku.

However, this show is full of naming puns and Roku is no exception as if you put the family name first and then the given name second, it’s spelled as “gotouroku” which roughly translates to “go to record”. 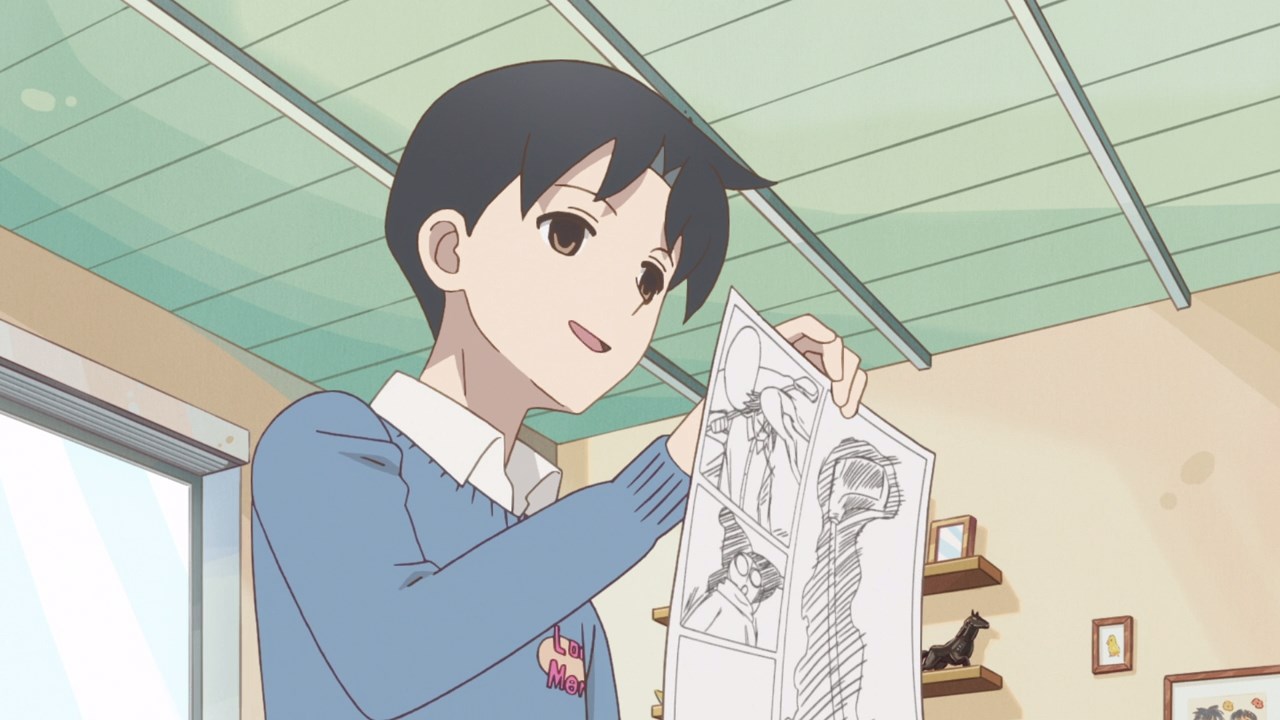 Now let’s go back to G-Pro where Satsuki Tomaruin suggested to Kakushi Goto to submit the rough draft as he believes that the inked lines cannot surpass the pencil-drawn ones. 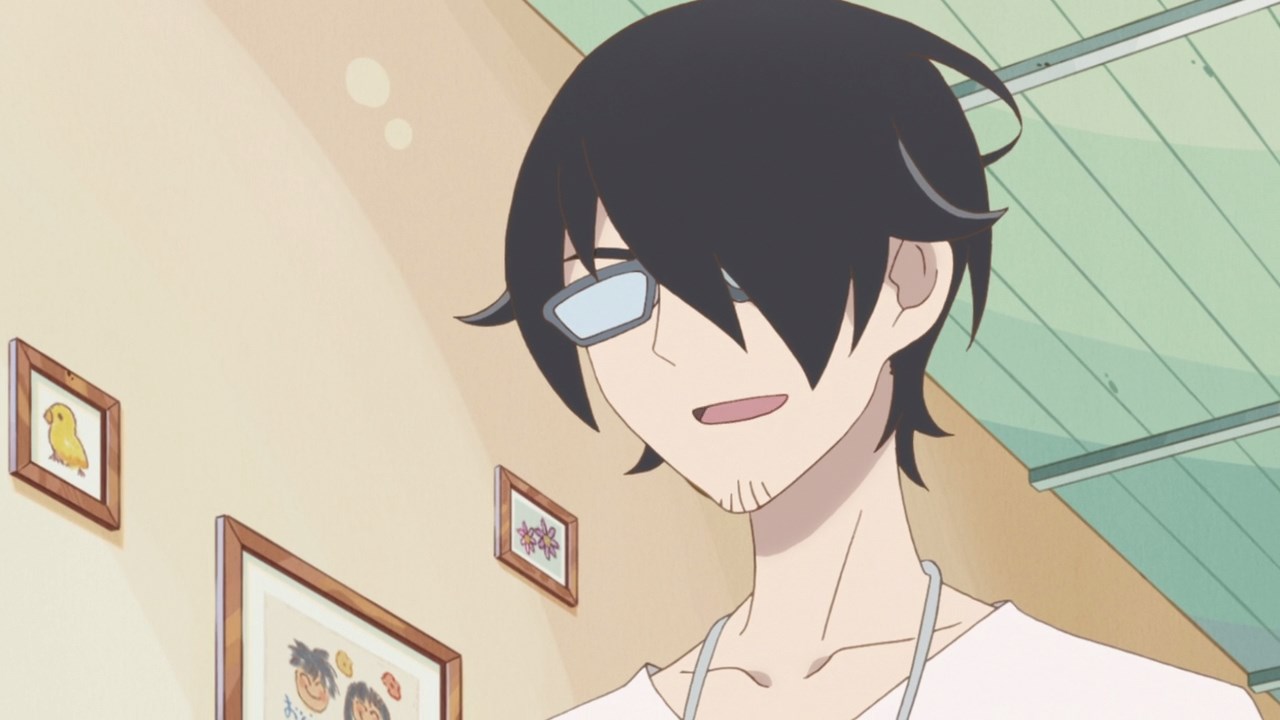 And while Kakushi agreed to Satsuki’s plans, I have to say that there’s no damn way a publisher would show the unfinished product to the masses. 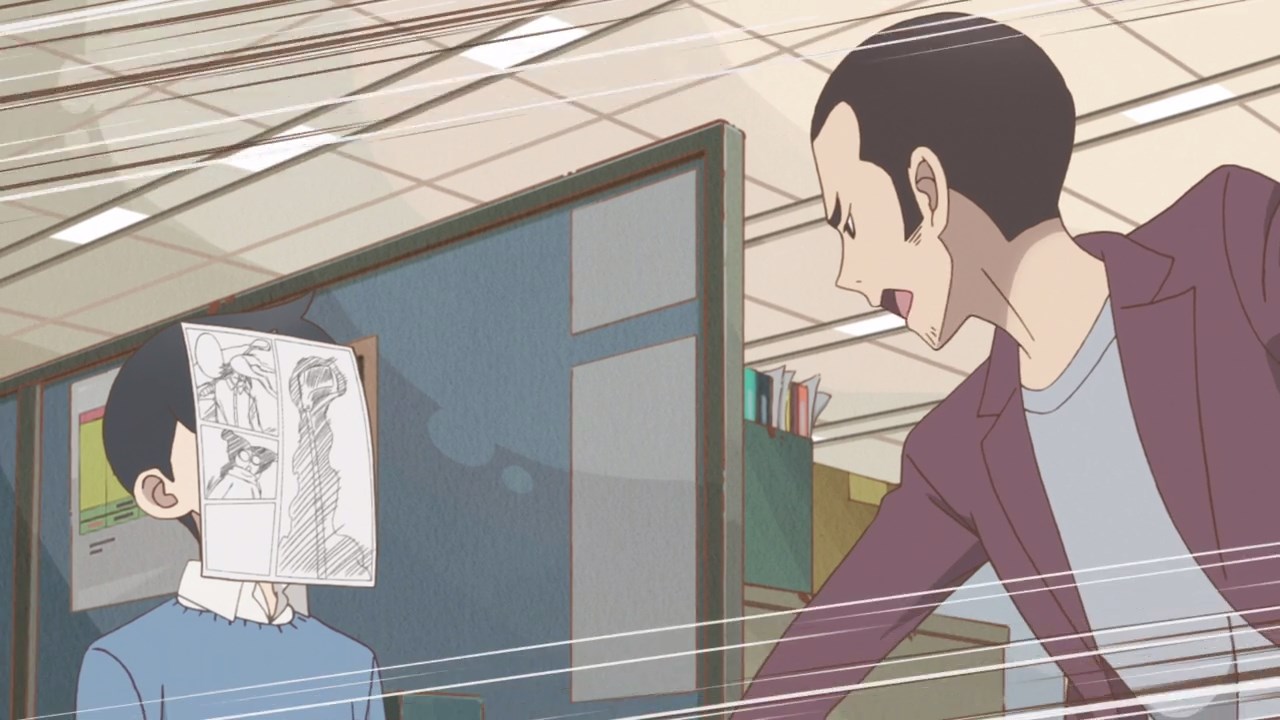 Hell, even the editor-in-chief rejects that idea as he told Tomaruin to give him the finished manuscript, not a draft one. Sorry Kakushi Goto, but submitting a rough draft would get you cancelled. 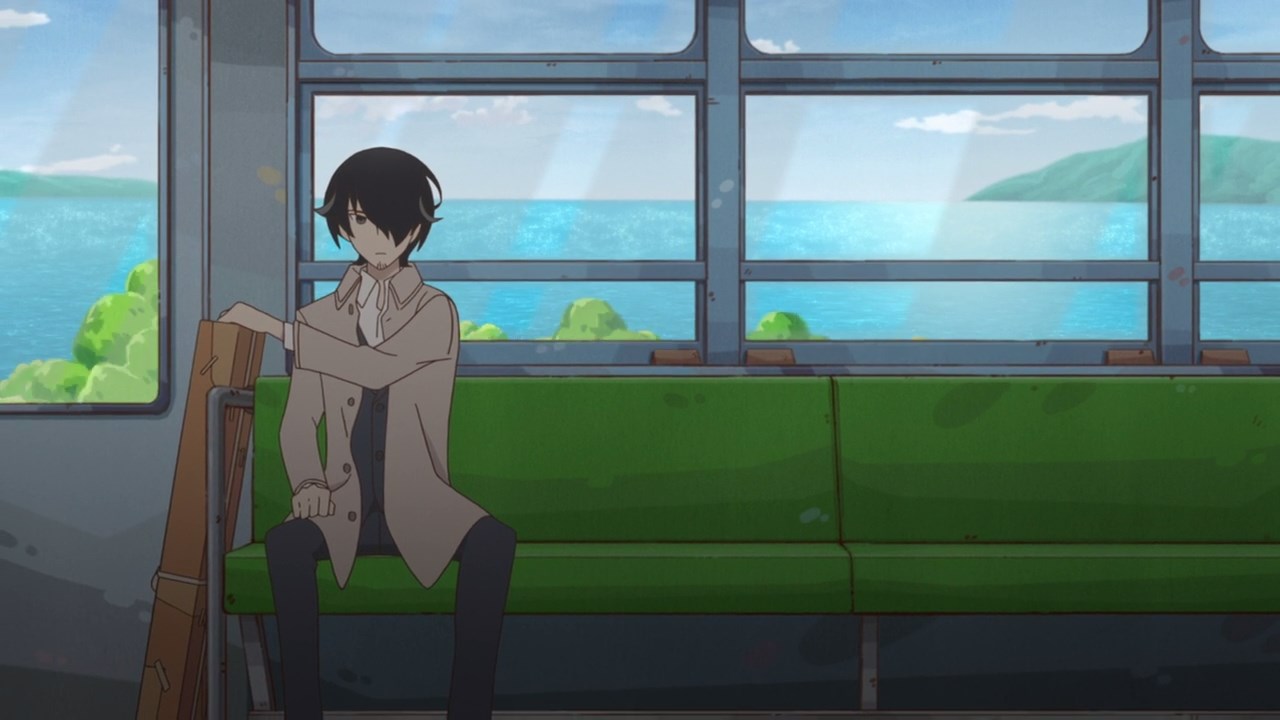 Let’s move onto the next scene where Kakushi Goto went to Kamakura as he’s gonna store the painting from his office to a family-owned warehouse. 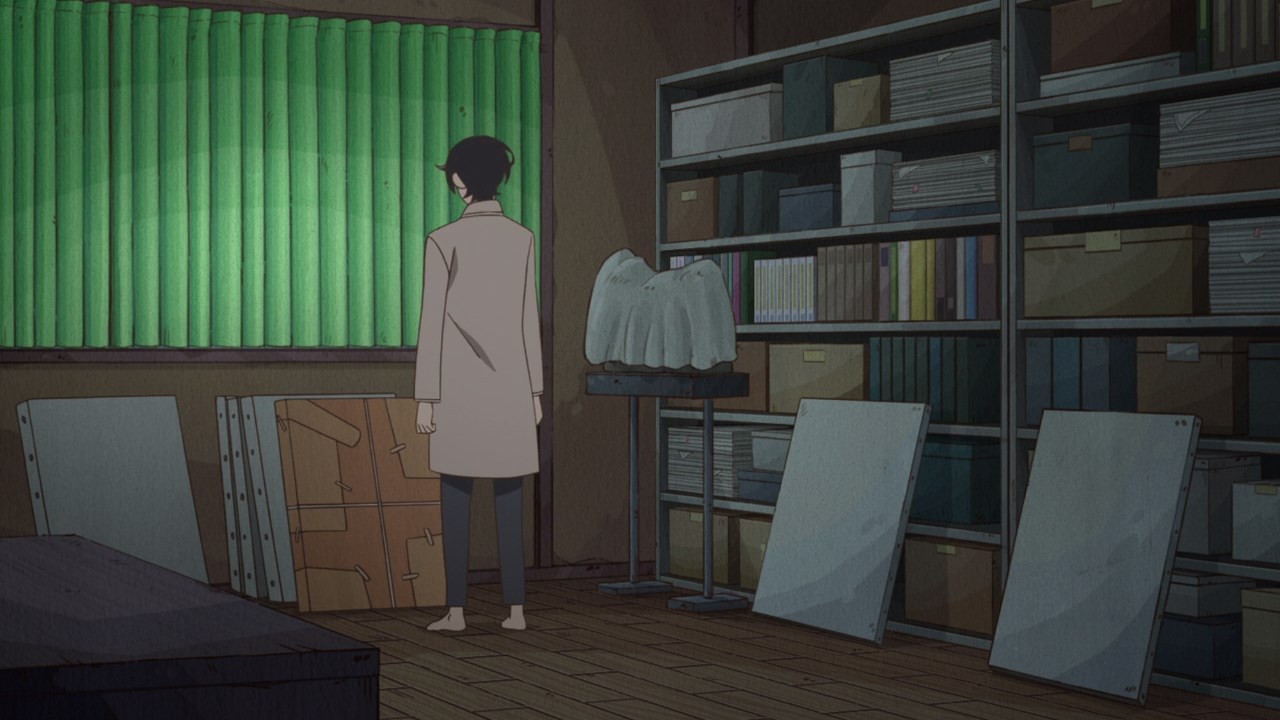 But seriously though, I feel that Hime’s grandfather might be the world-renowned painter that was mentioned in Episode 6. But we’ll have to wait and see if it’s confirmed. 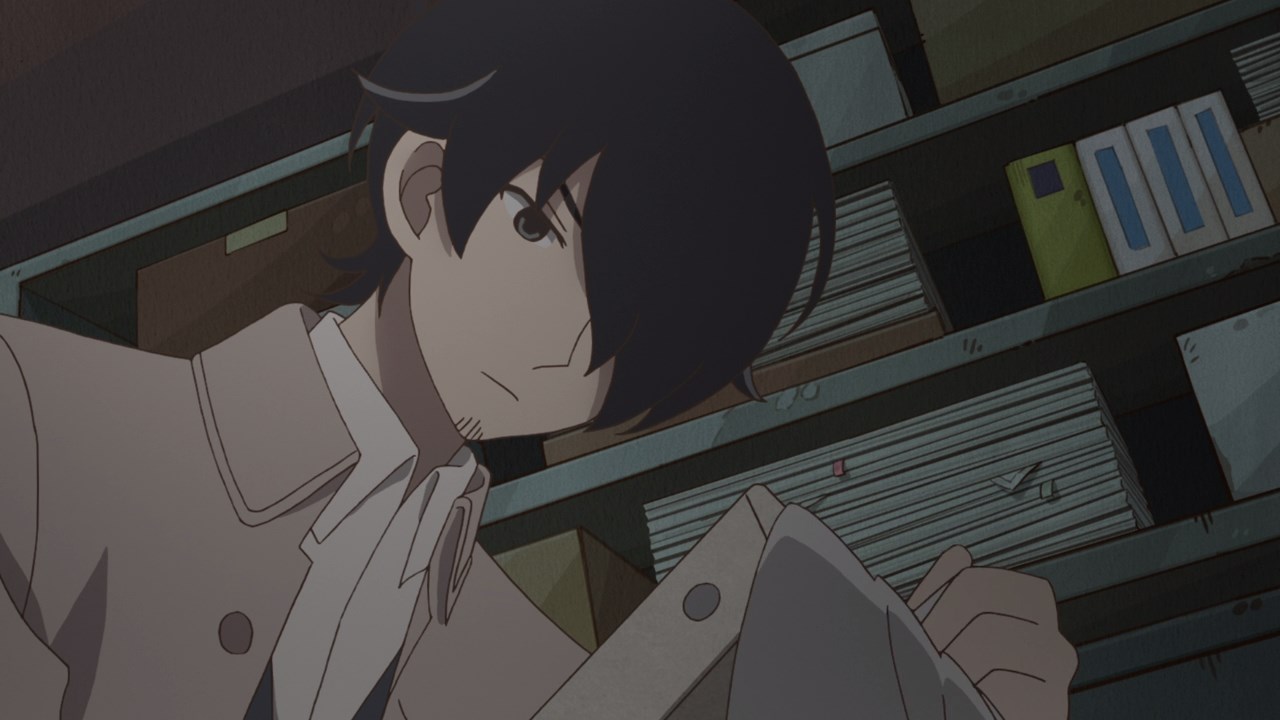 On the other hand, Kakushi found a painting that Hime’s grandfather didn’t get to finish it due to personal reasons. 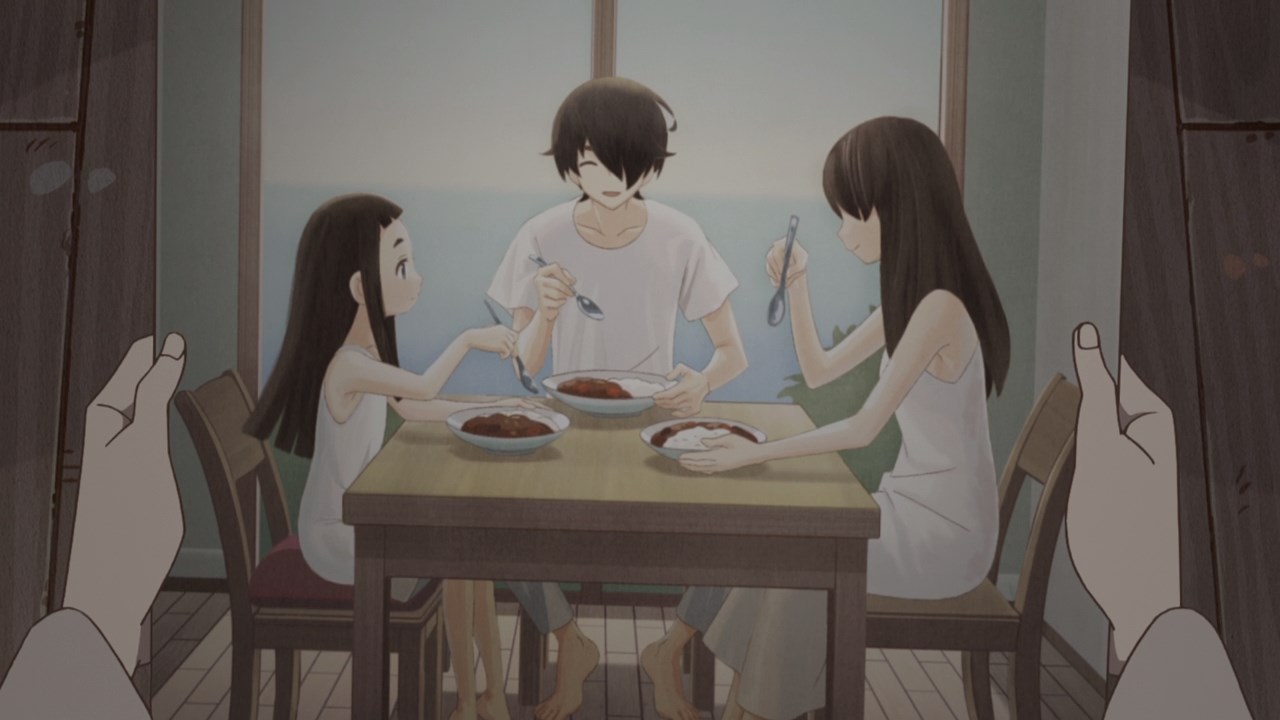 Then again, I think this painting that depicts Kakushi and his family is complete. I suspect that the death of Kakushi’s wife is the main reason why it never released to the public. 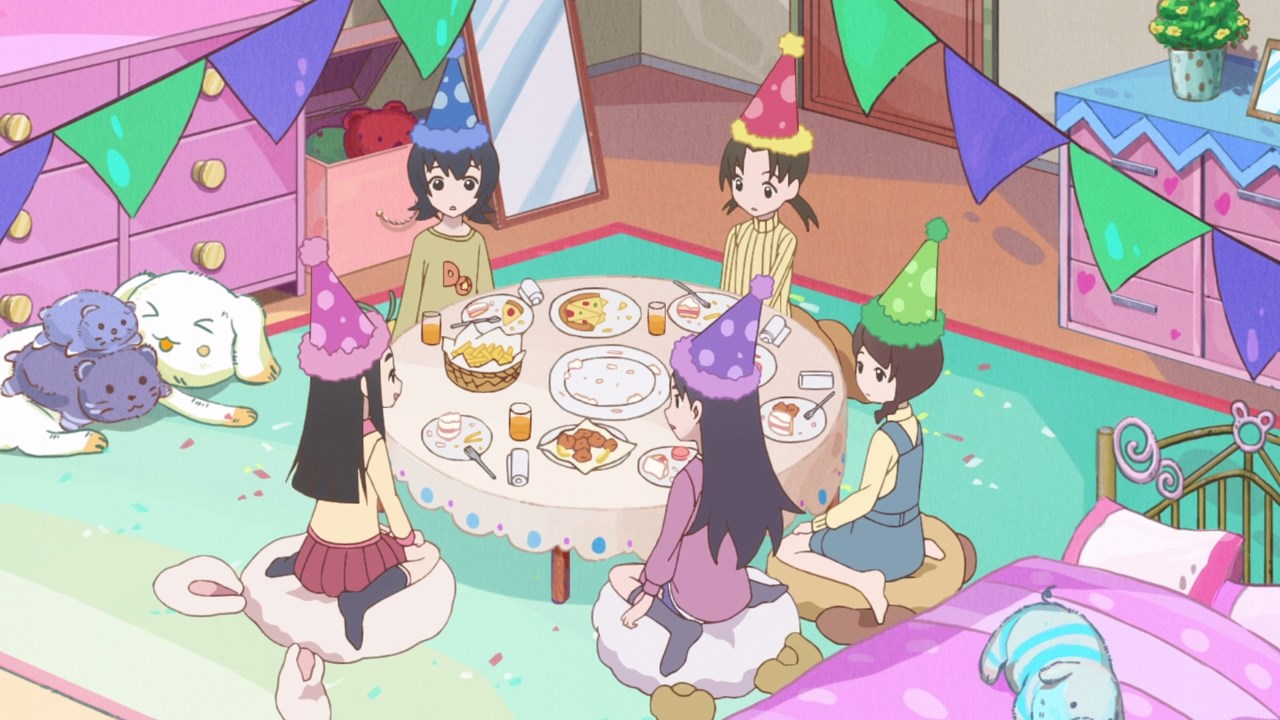 One last thing, looks like Hime Goto is having fun at her classmate’s birthday party. Of course, Hime wants to hold a birthday party too and everyone is invited.

Still, I wonder how will Kakushi organize his daughter’s birthday party, let alone providing food and decorations? While decorations is easy to install, the problem is the catering service. 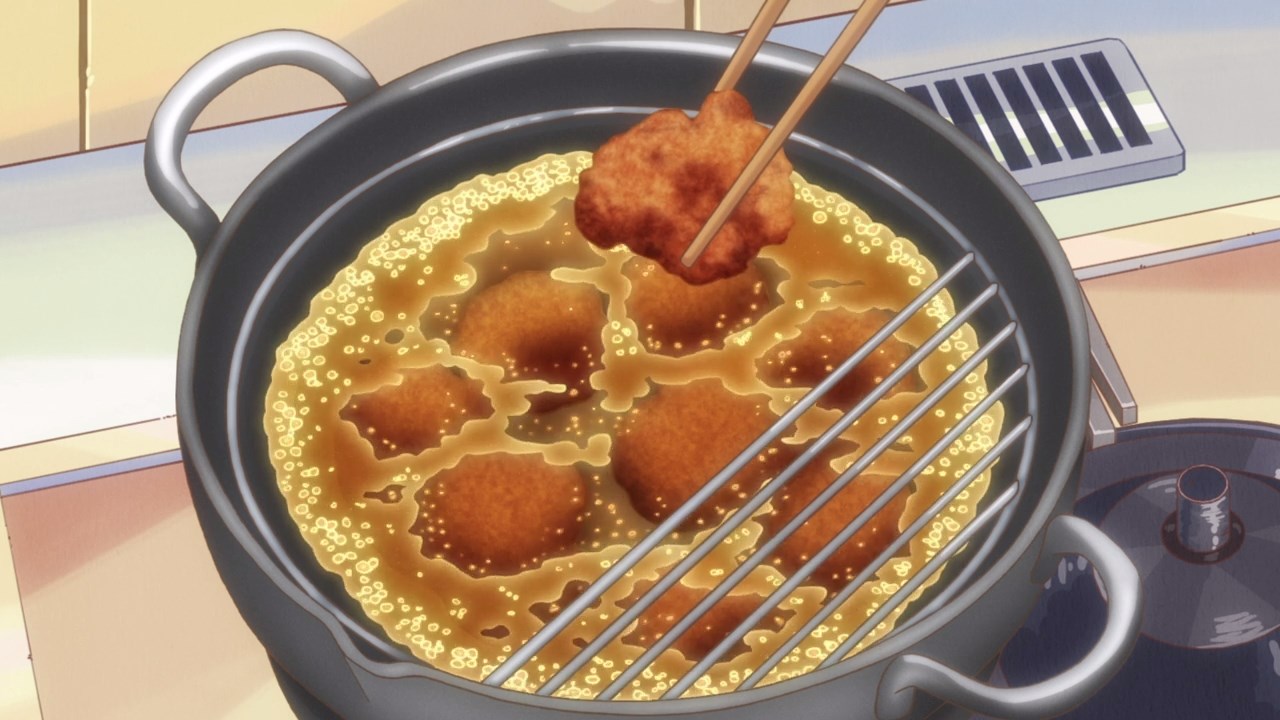 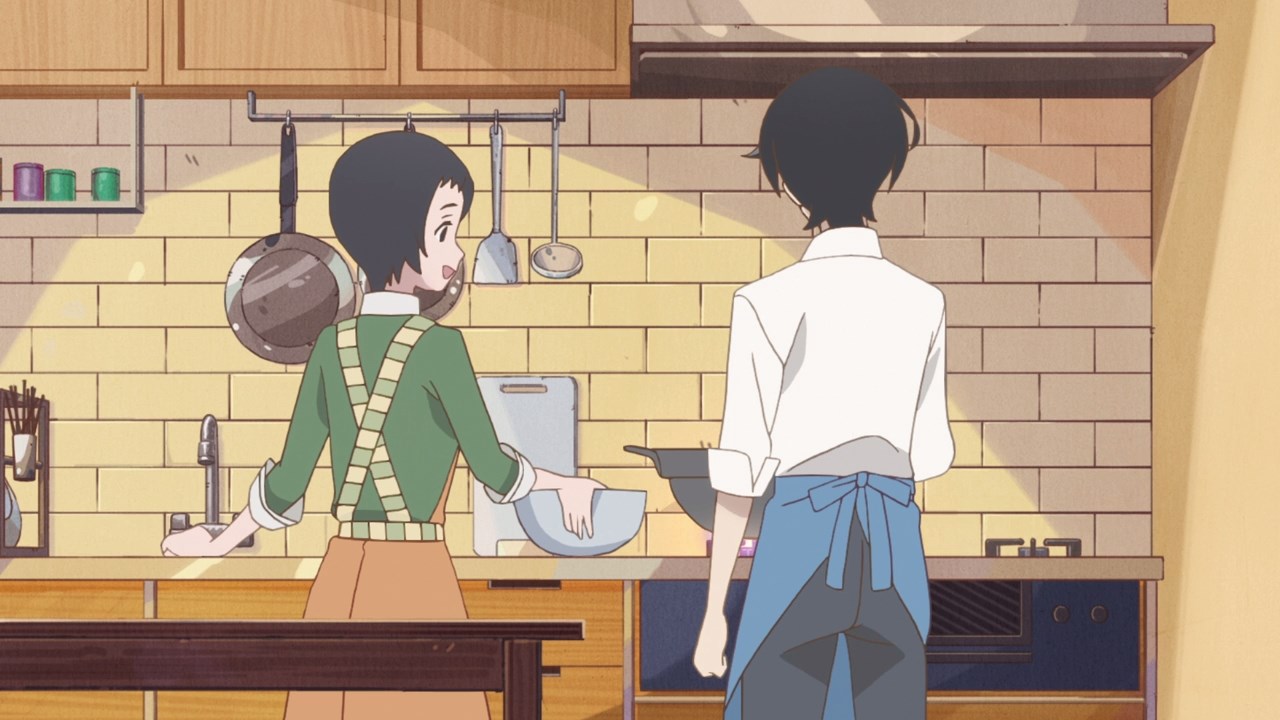 Fortunately, he knows someone who can teach him how to cook delicious meals as You Shiokoshi is here to personally teach Kakushi-san on how to make delicious fried chicken and other foods.

Man, I can’t wait for Kakushi Goto to make the best birthday party ever for his daughter! 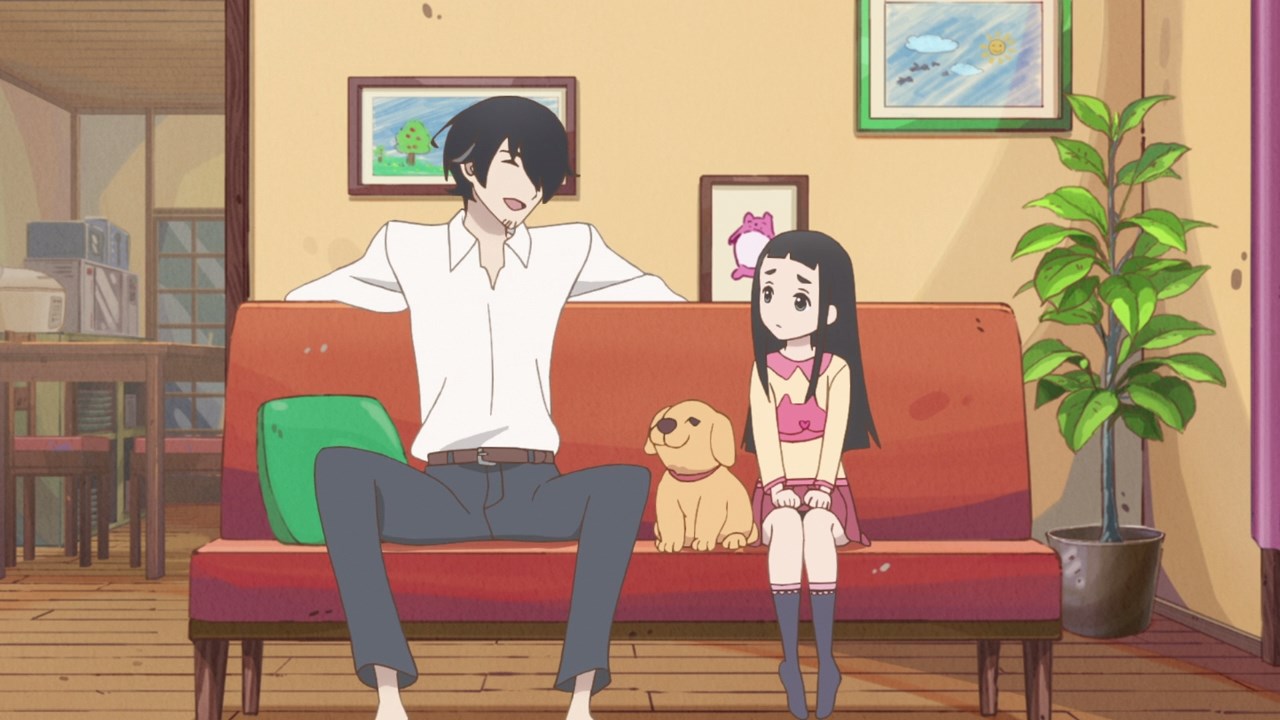 But for now, we’ll have to wait for it as there’s still plenty of time for Kakushi and Hime-chan to be together as one family. Of course, Hime-chan will learn Kakushi’s secret and leave the house on her own someday.

Well then, I’ll see you next time and man, we’re getting closer to the finish line huh?