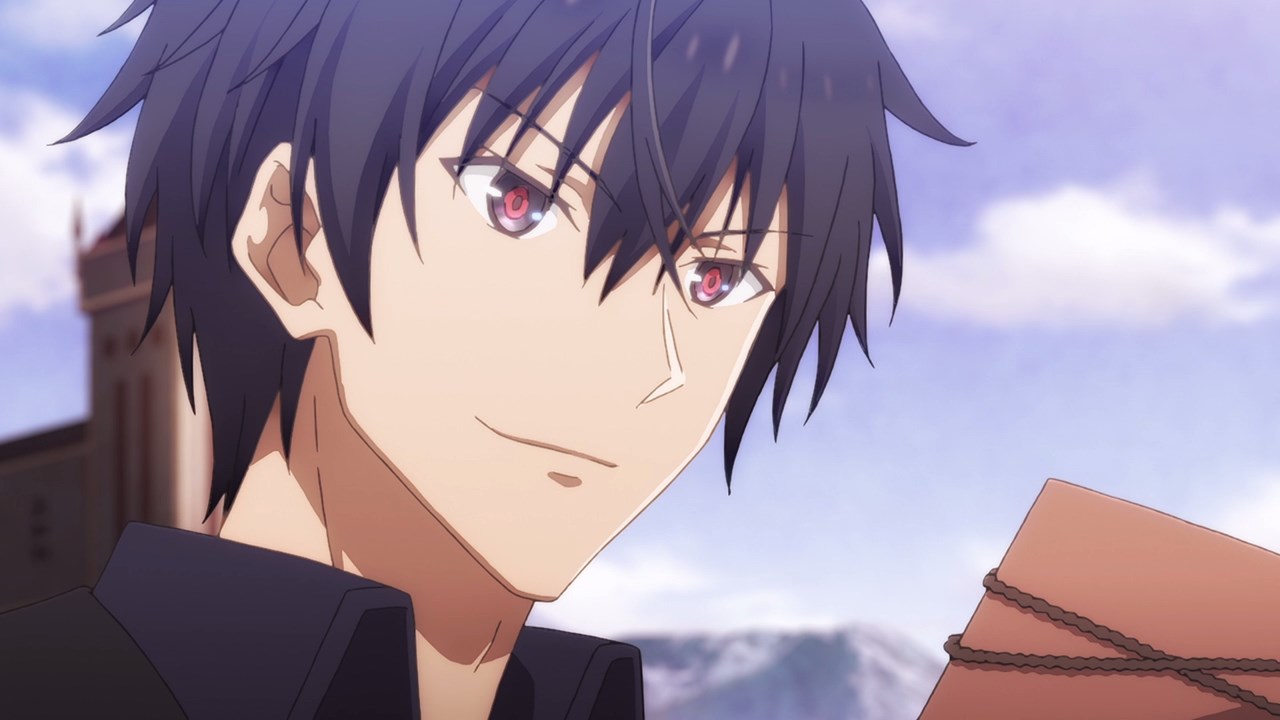 Well everyone, today I’ll be talking a new show that aired this Summer. Meet Anos Voldigoad, the main character of this series where it said that he’s the reincarnation of a demon lord.

Now, Anos is taking an entrance exam at a prestigious Demon Lord Academy (or Maou Academy), although it is said that the current state of magic is weakening as everyone is leaving peacefully. 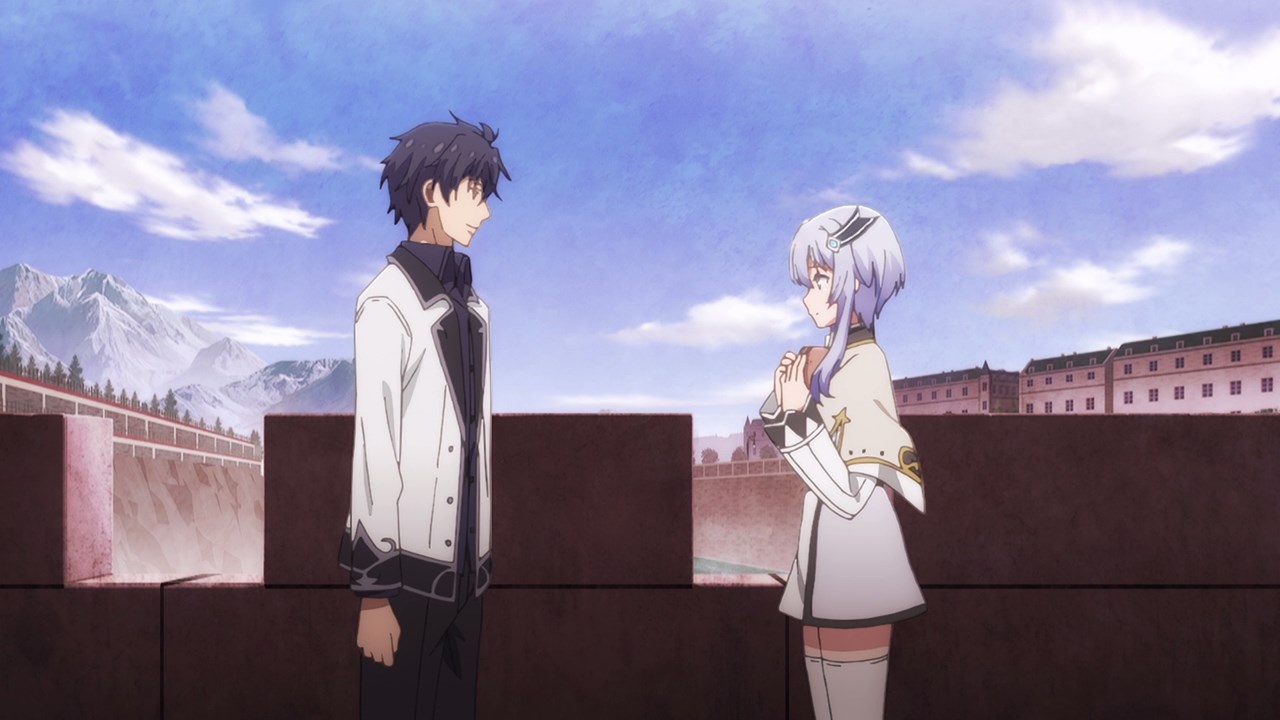 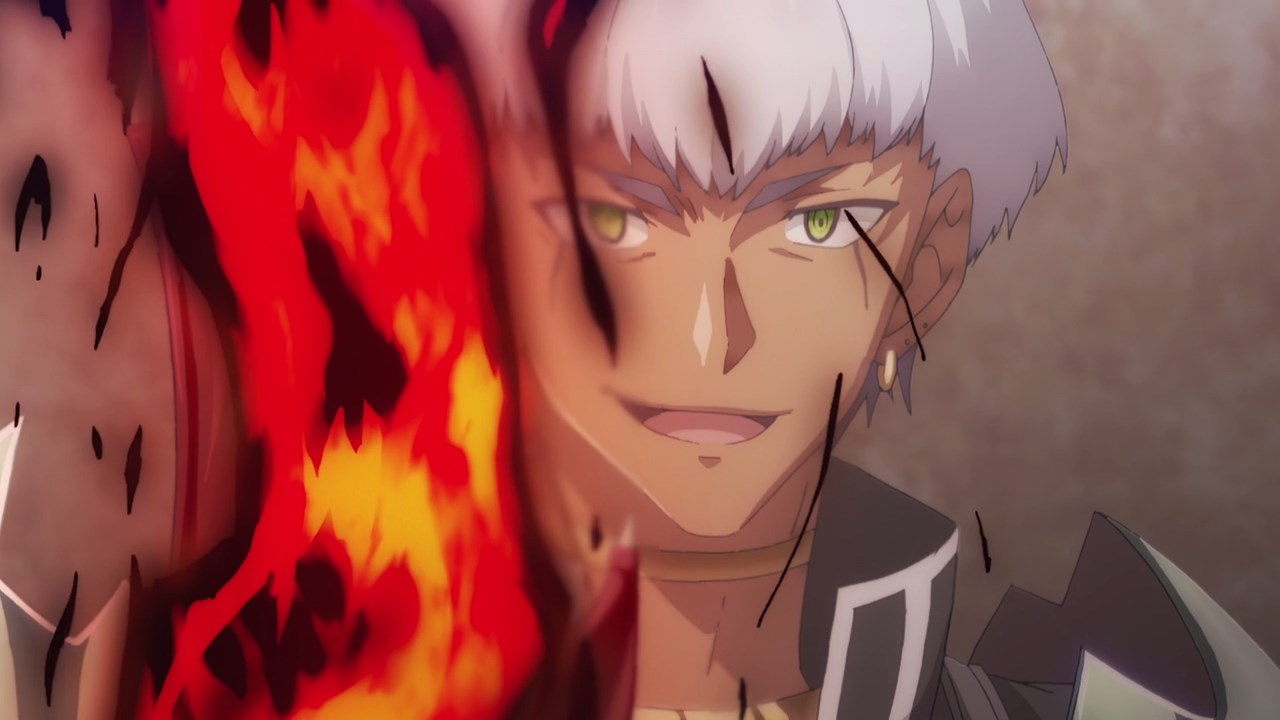 Now let’s move onto the entrance exam where Anos will face this high-class demon named Zepes Indu who will teach the young examinee to know his place with his flame sword. 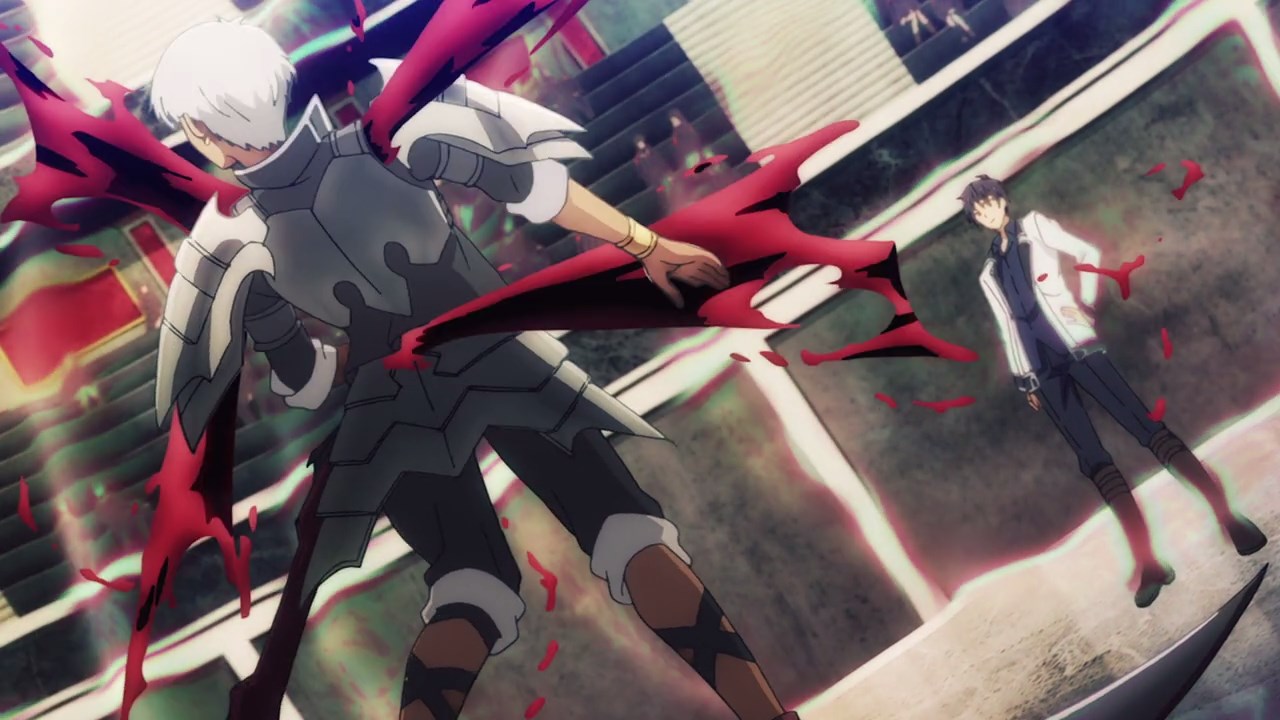 Unfortunately for Zepes, Anos Voldigoad just incapacitates him by using his own heartbeat. I have to say that Anos is channeling some strong vibrations against Zepes. 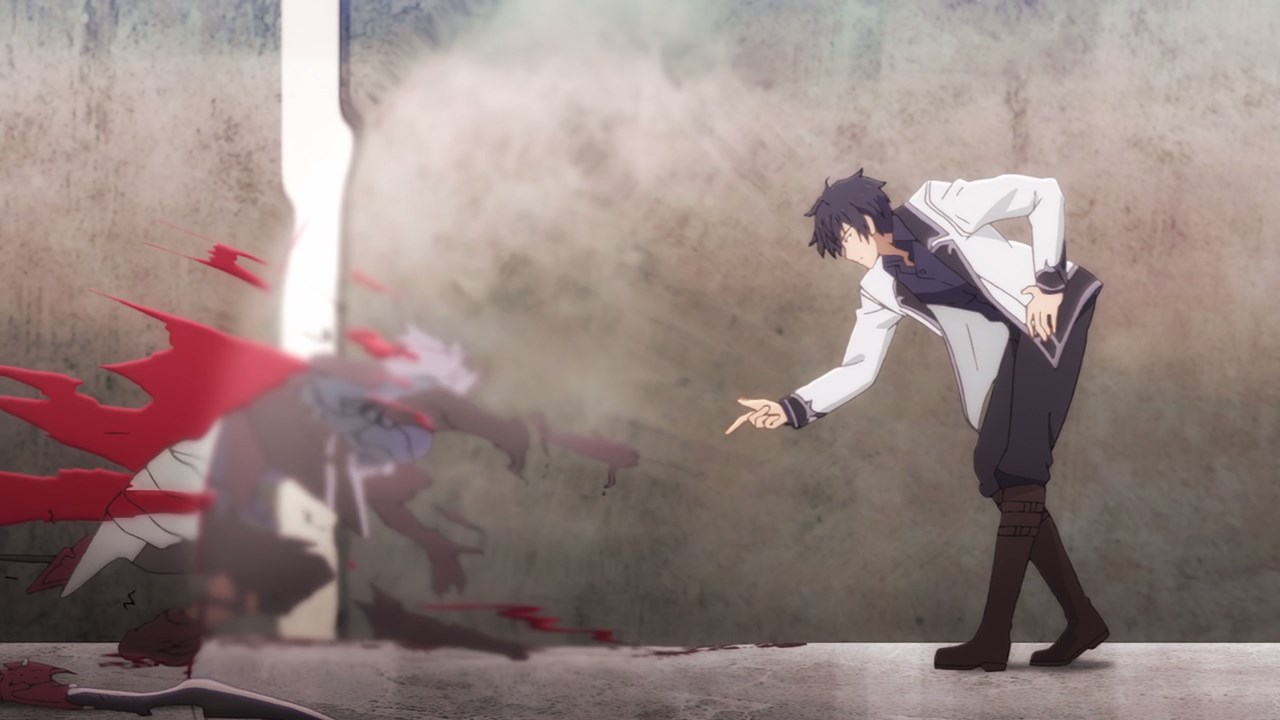 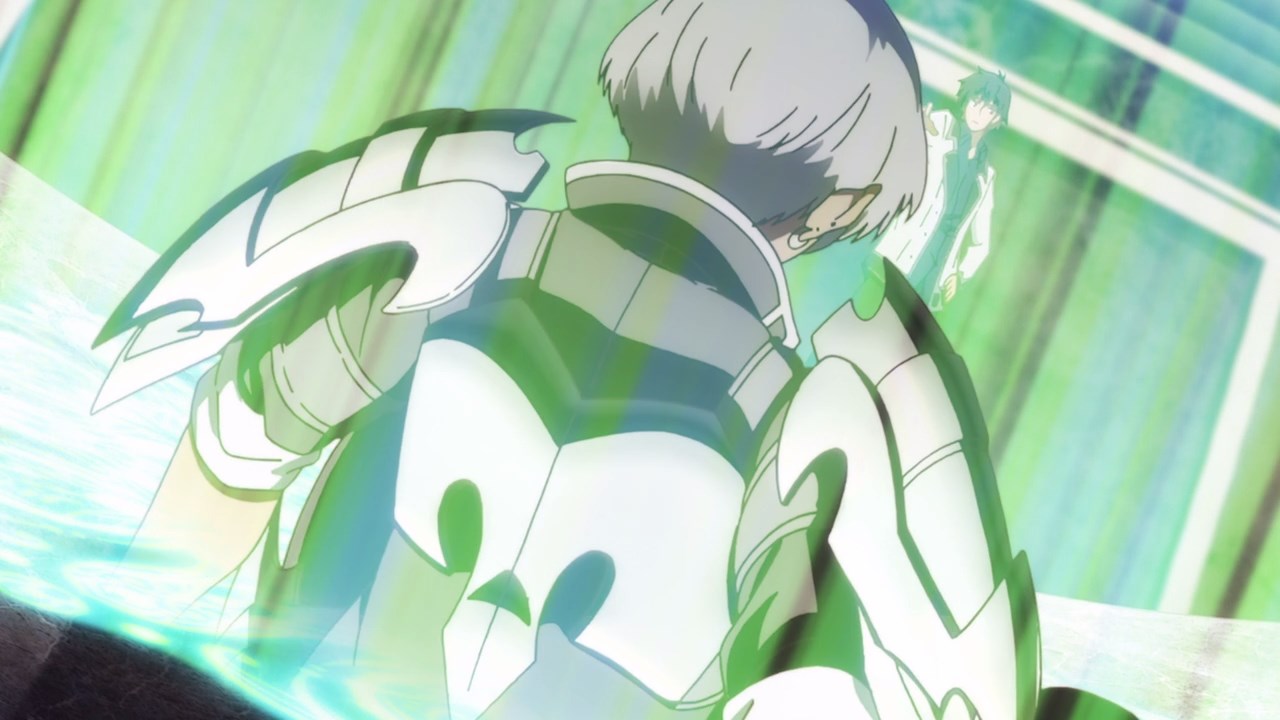 Oh and it’s not yet over as Anos has another party trick where he disintegrates Zepes and then revives him repeatedly until this brat of a demon from the Indu household surrenders.

Of course in the end though, Zepes Indu surrenders which means that Anos Voldigoad passed the entrance exam. 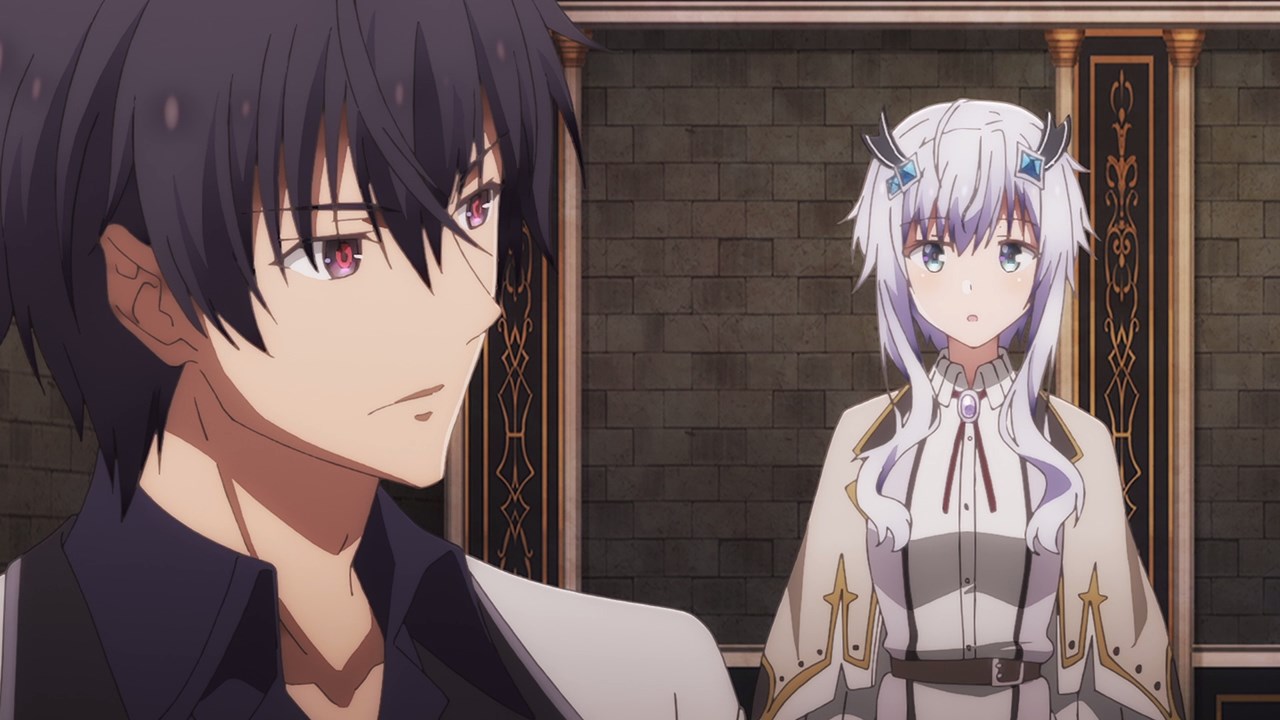 Oh, and Misha Necron too where she possessed a higher affinity of magic. By the way, Anos possesses a powerful magic affinity that it breaks the scale. 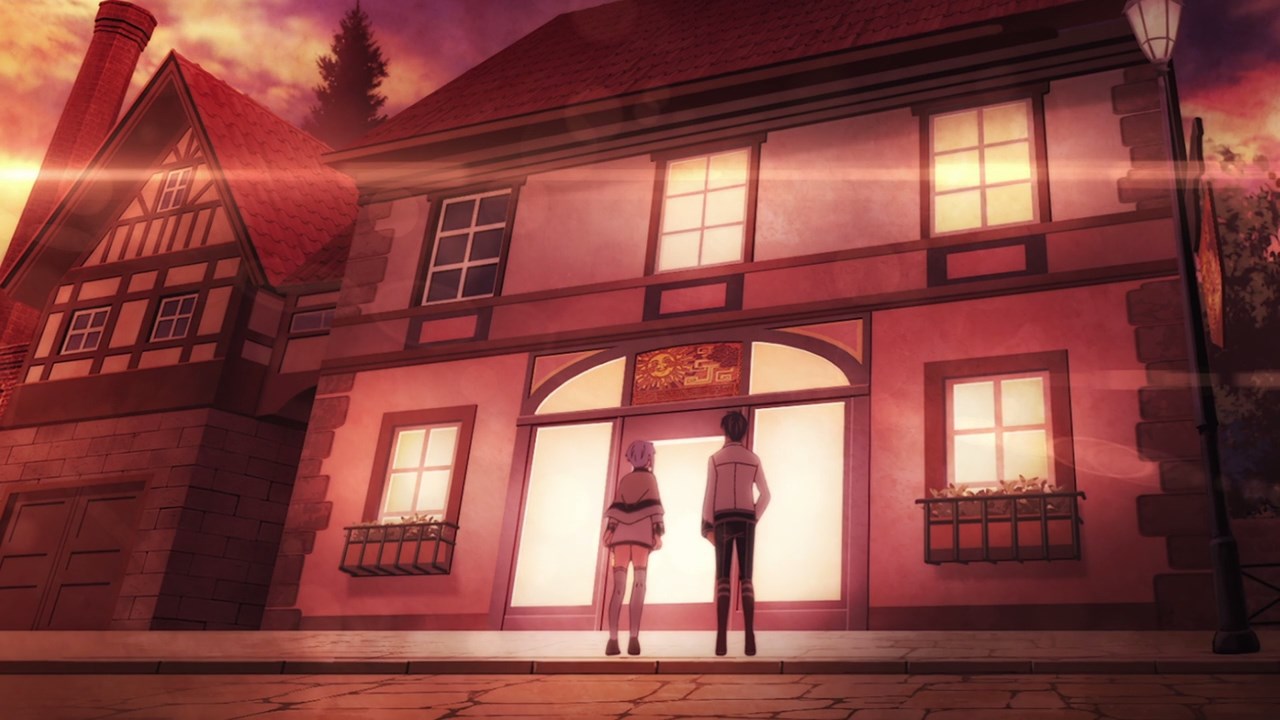 With that said, time for Anos to return home in triumph and it’s surprising that he has a place to rest. Also, he brought Misha at his place ’cause Anos wants her to meet his parents. 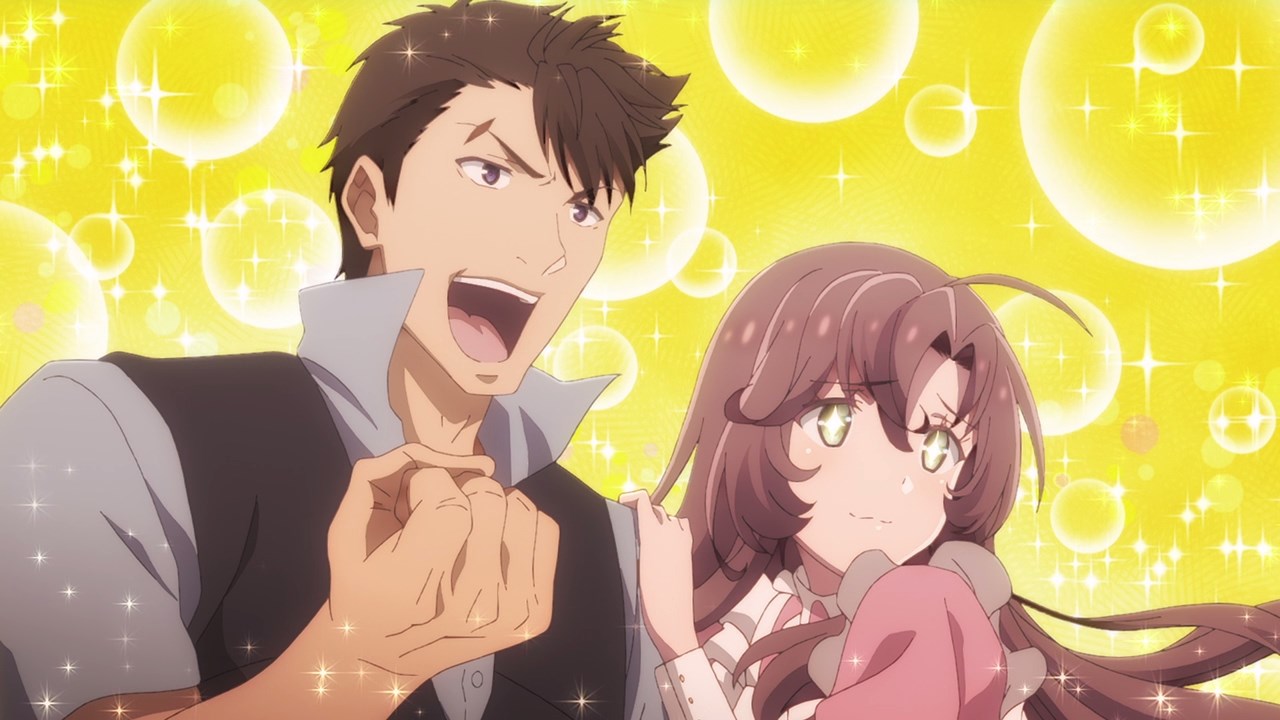 Oh and Anos’ parents are so happy that he not only passed the entrance exam with flying colors, but also score a girlfriend too even though Anos doesn’t see Misha in a romantic way yet.

By the way, Anos’ parents are not related by blood because the thing is that he grew up way fast. 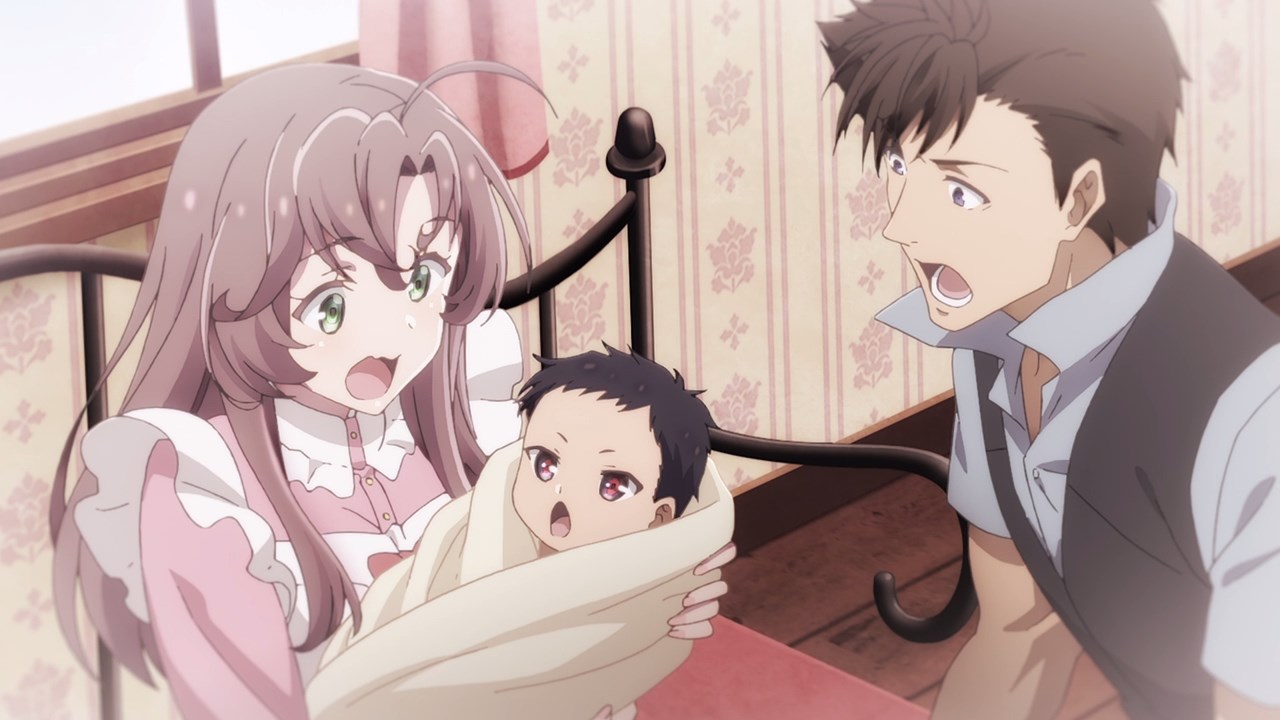 So the story goes is that a stork dropped Anos on this couple, but then again don’t count on me on whether it’s true or not. 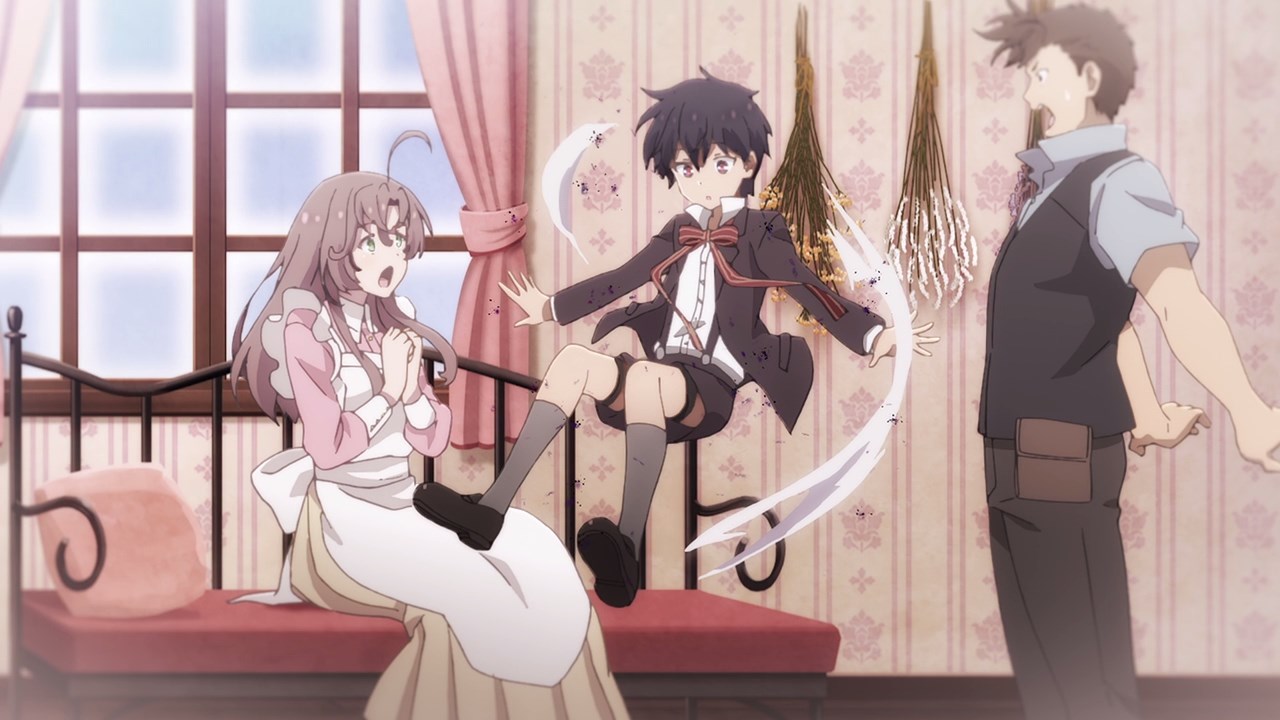 And in a span of a month, Anos grow up from a baby into an adult.

You know something, I feel that Anos being the reincarnated demon lord might be actually true after all because there’s no way he’ll grow faster. 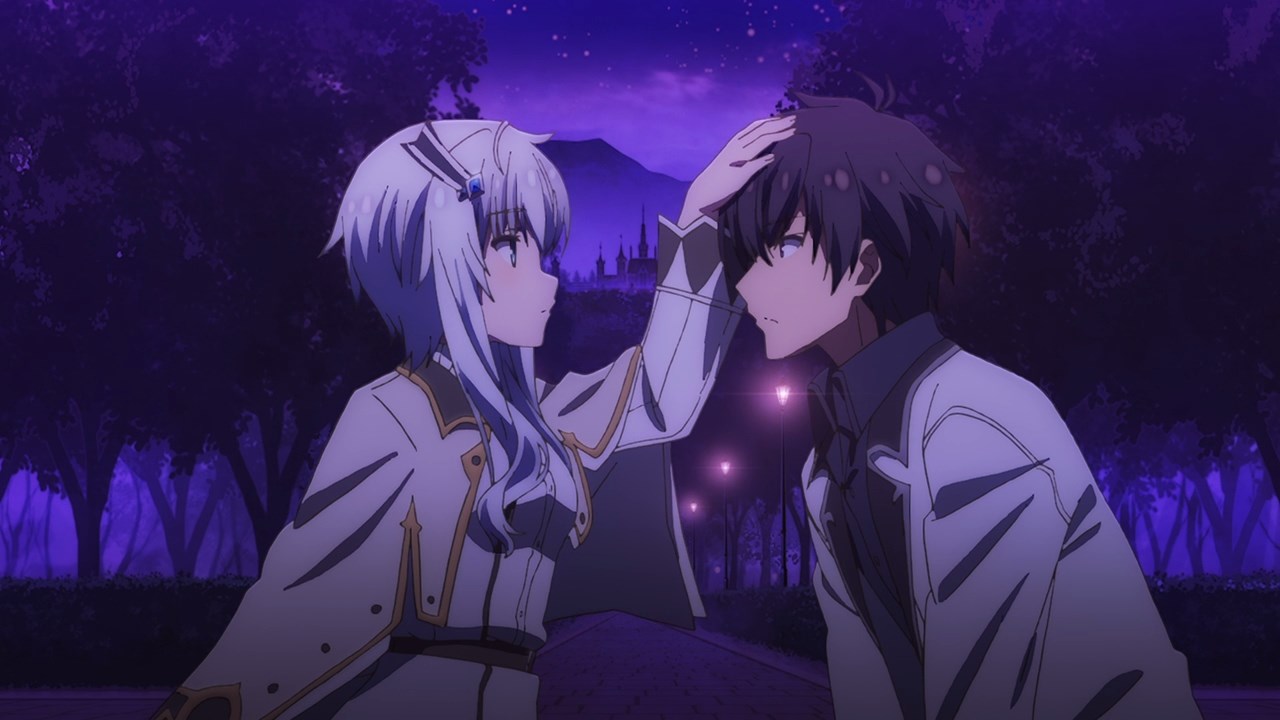 Well then, I guess we’re done on this episode as Anos Voldigoad takes Misha Necron home. I hope nothing bad will happen to her… 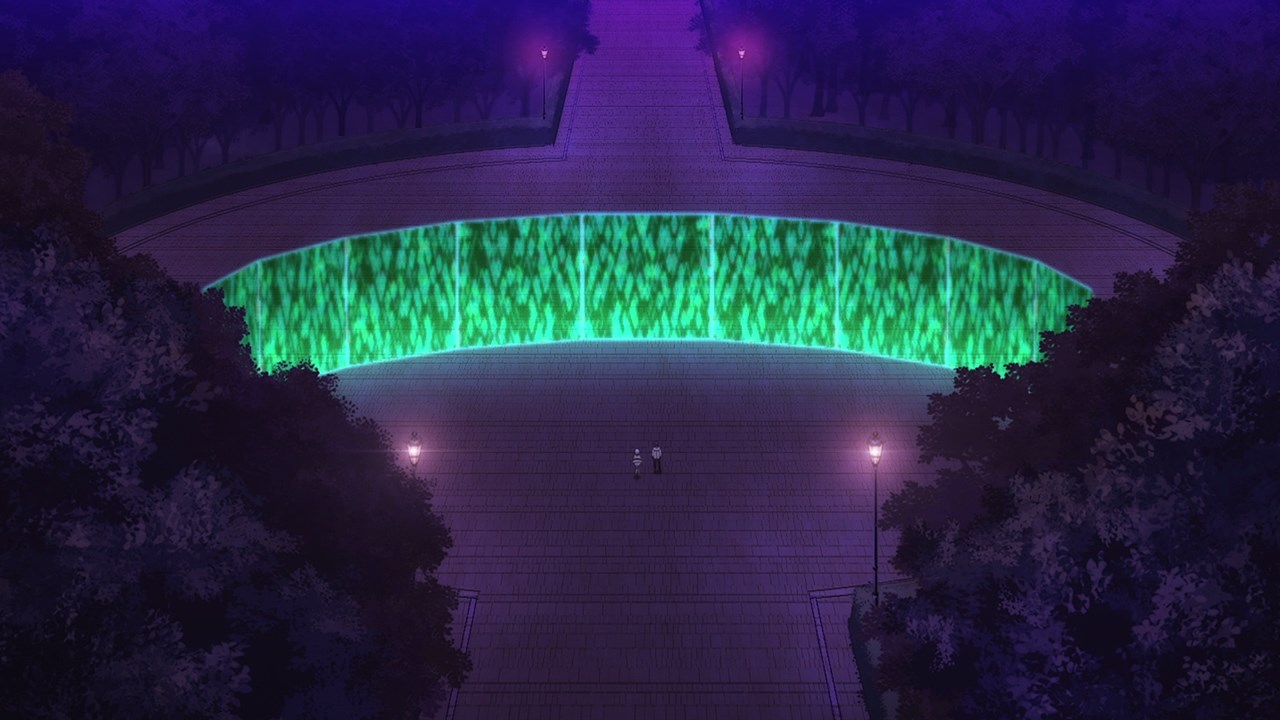 Unfortunately, somebody decided to trap both Anos and Misha because this person has a grudge on them. 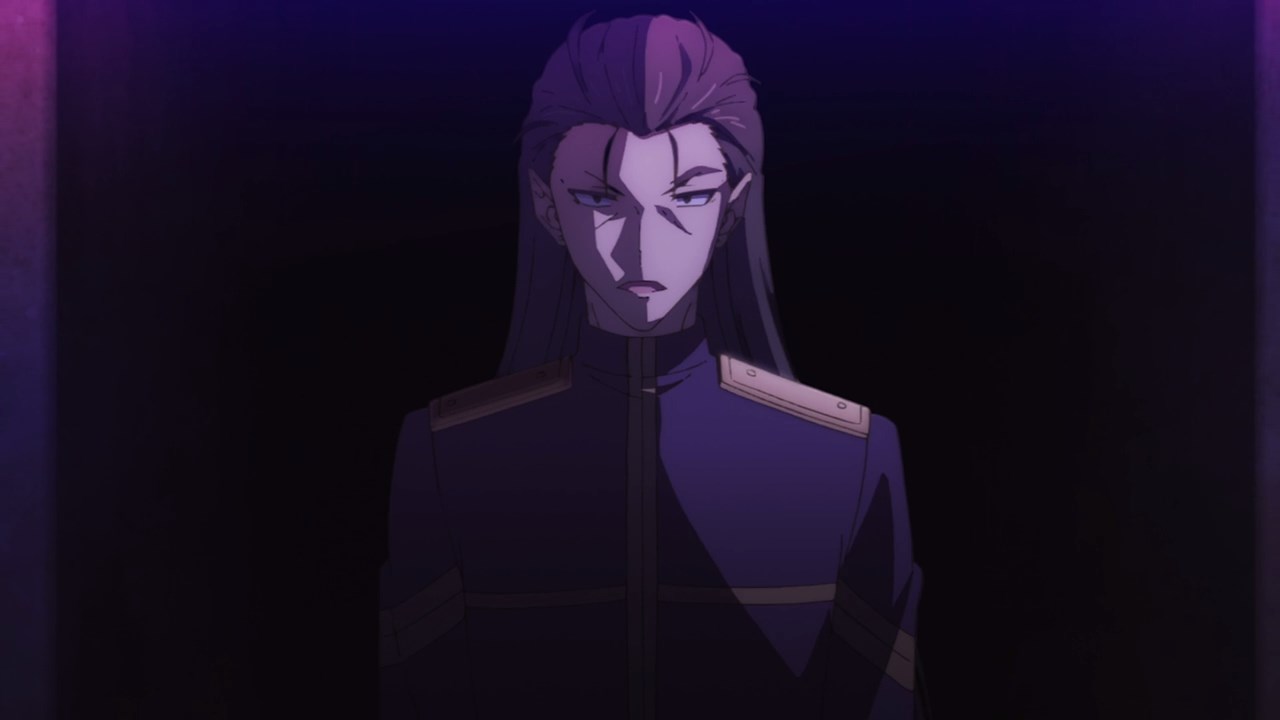 Anyways, this is Leorg Indu where this high-class demon is very angry that a nobody like Anos Voldigoad has defeated Zepes in the most humiliating way during the entrance exam. 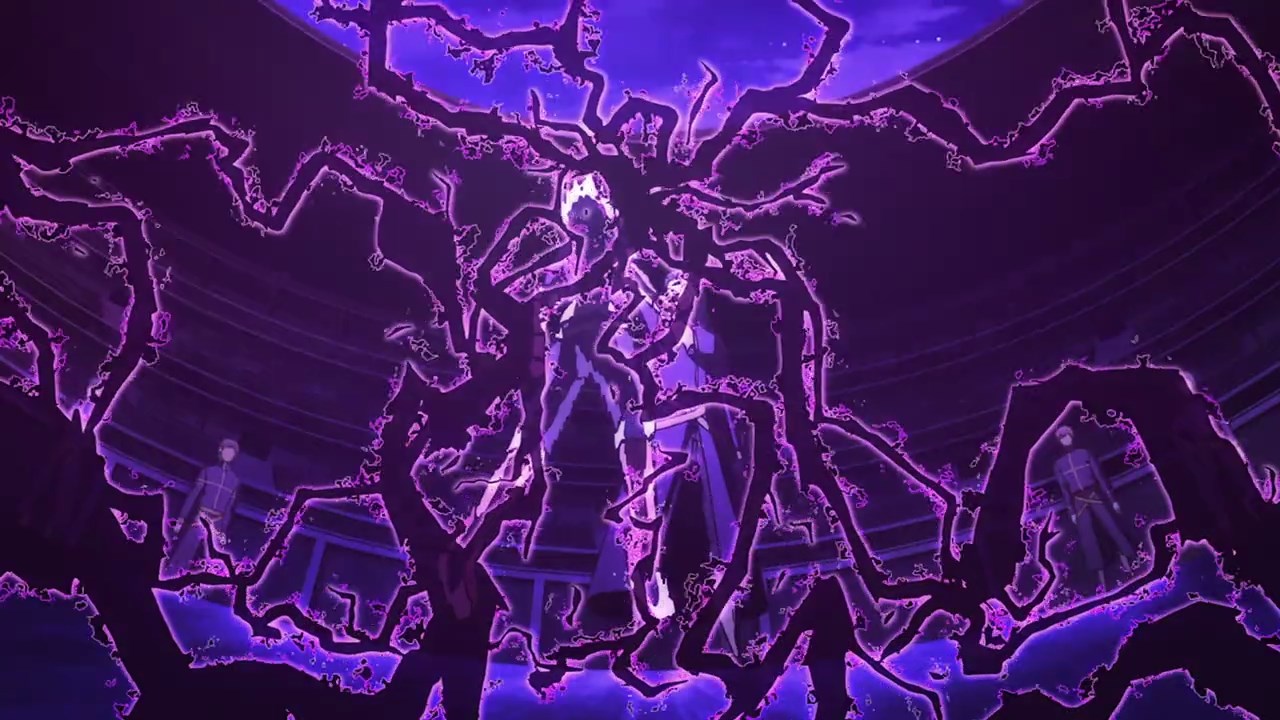 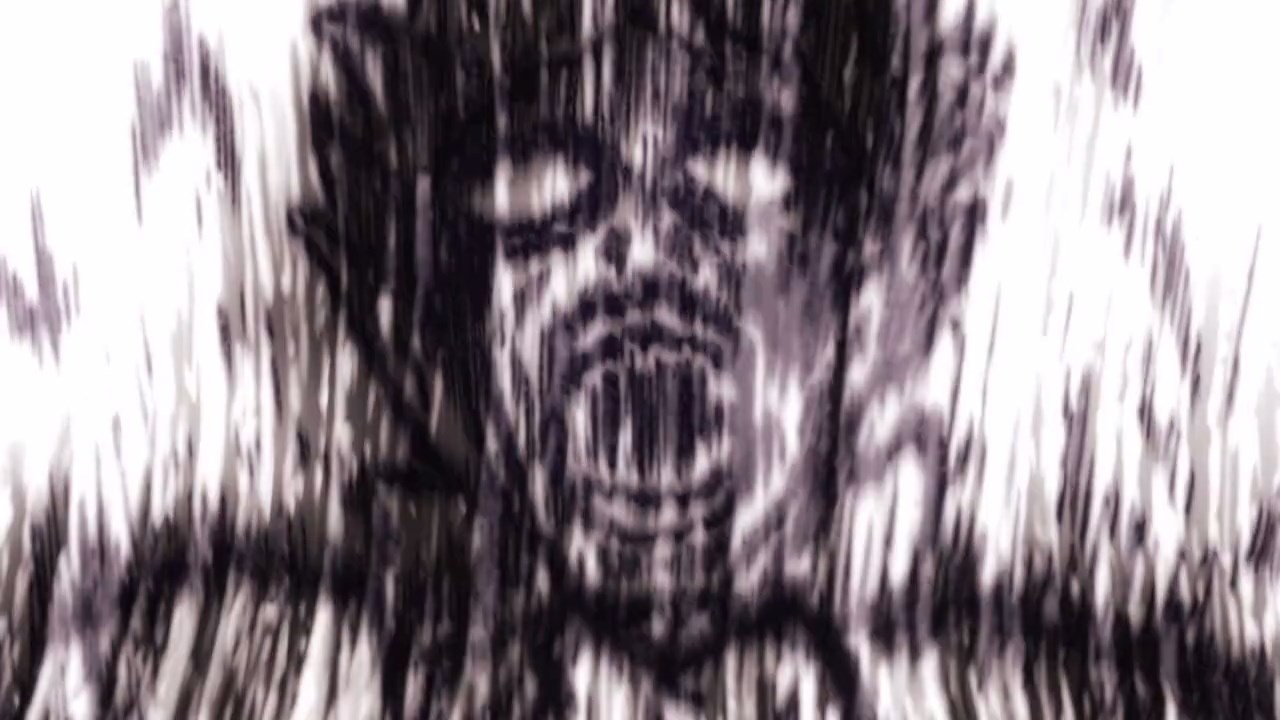 And speaking of Zepes, it appears that he got electrocuted at the hands of his brother because Leorg doesn’t like weak demons.

Man, it sure reminds me of Shalba Beelzebub where he killed Diodora Astaroth for being weak. 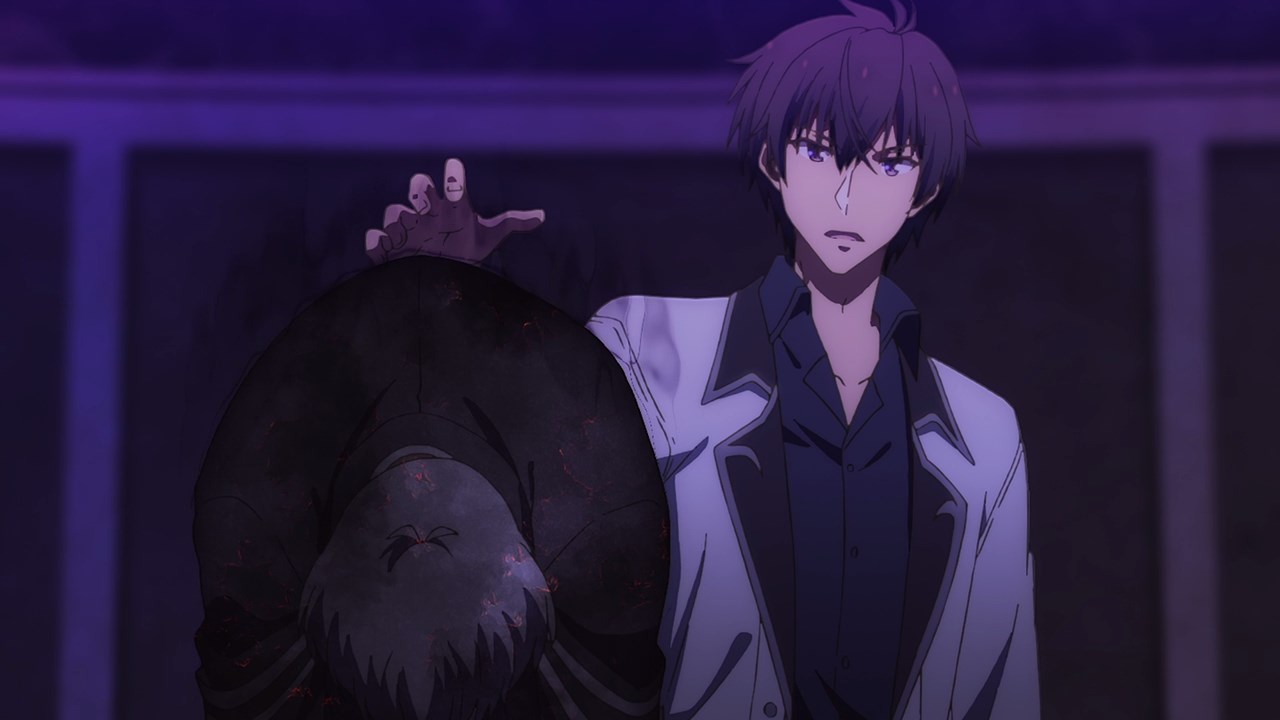 Still, it’s sucks that Zepes was killed in front of Anos, so therefore he decides to revive Leorg’s brother as a vengeful revenant. 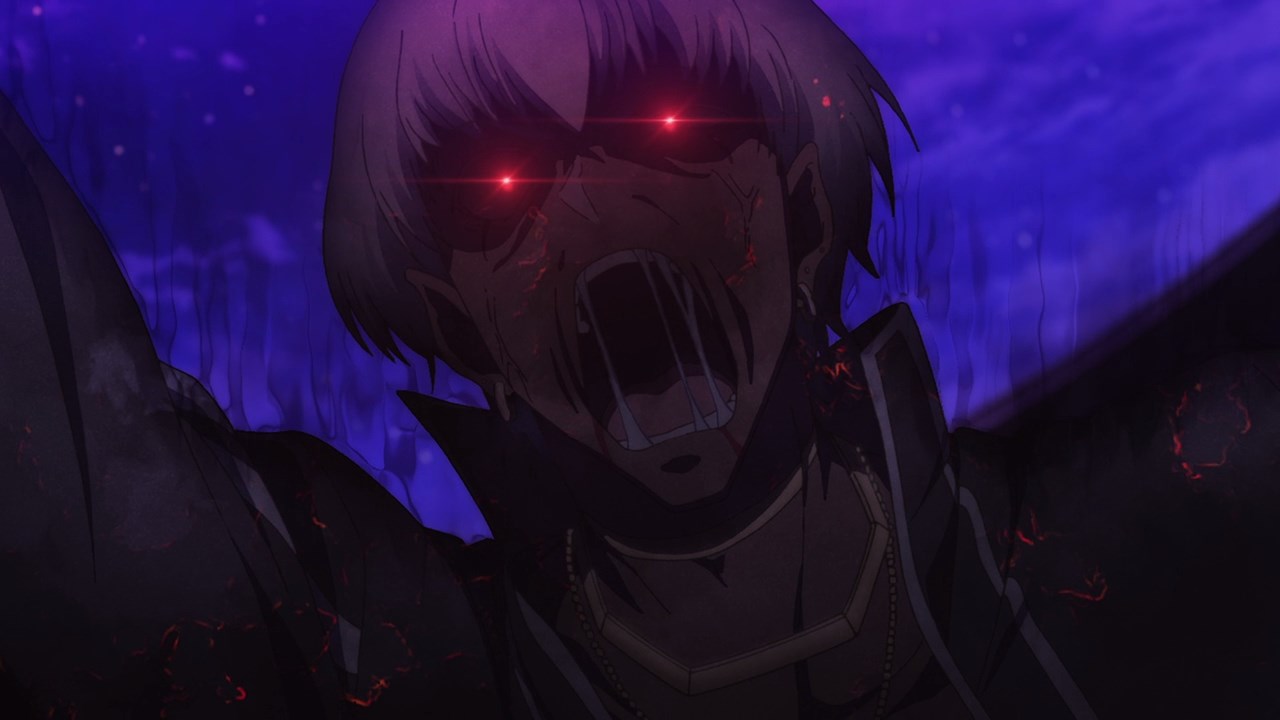 And here’s the thing though is that Anos injected more power towards Zepes that he harbors unadulterated hatred towards Leorg. I mean, he doesn’t like being killed by his own brother after all! 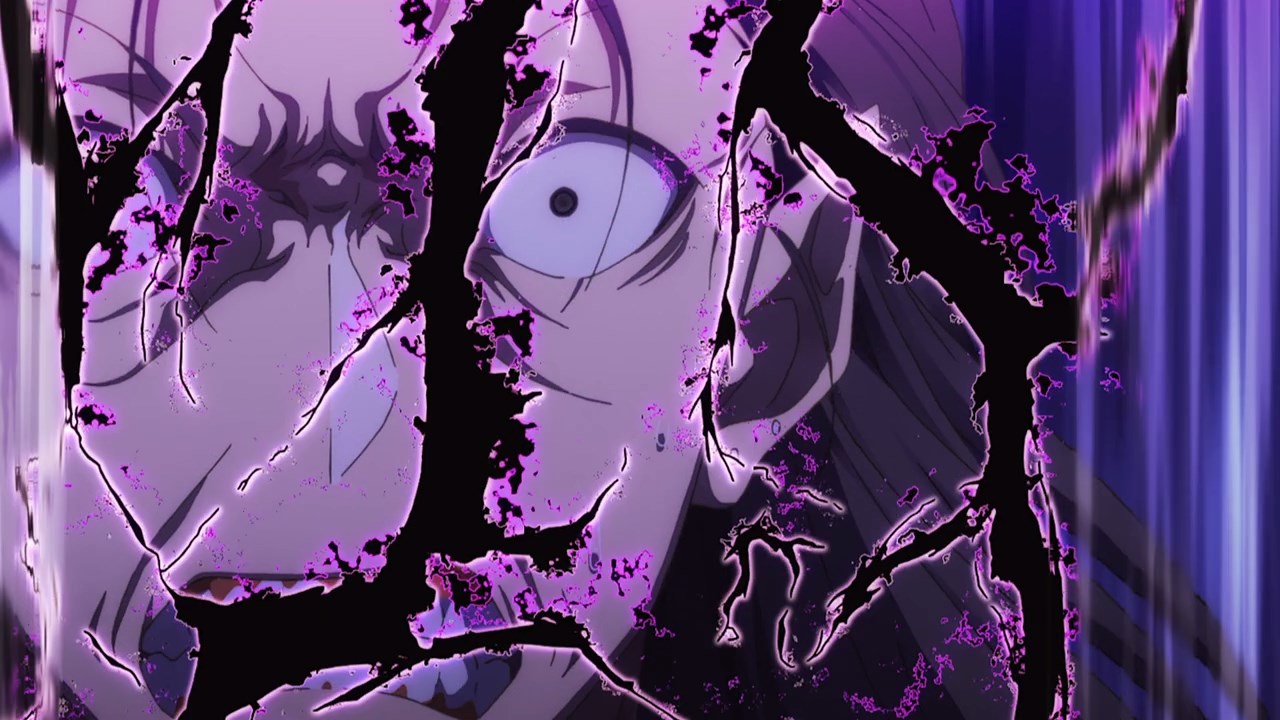 Of course, Leorg doesn’t want to get killed by Zepes as he decides to create a powerful lightning magic towards his brother. 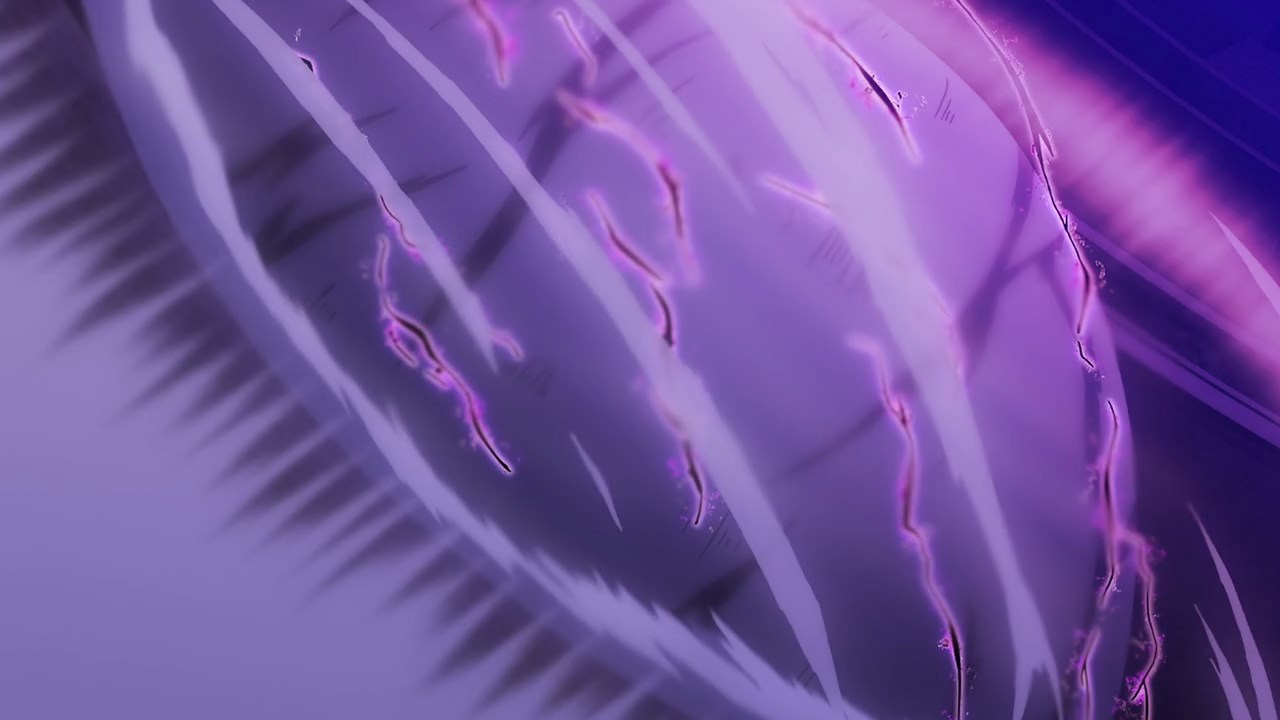 Except that Leorg’s magic made a nasty reaction with Zepes’ zombified body that it caused a big explosion. 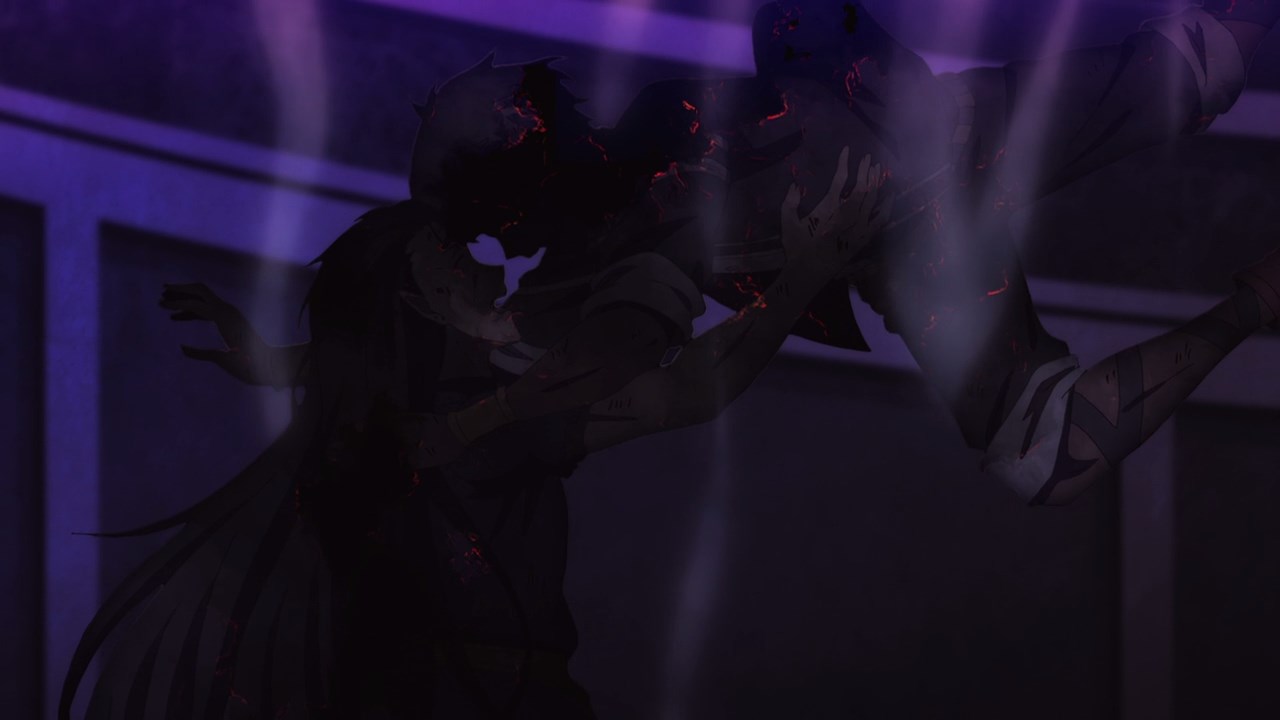 Oh, and both of them are dead as their bodies got fried by their magic. Well, that what they get for raising their fists against Anos Voldigoad, who is the reincarnated demon lord. 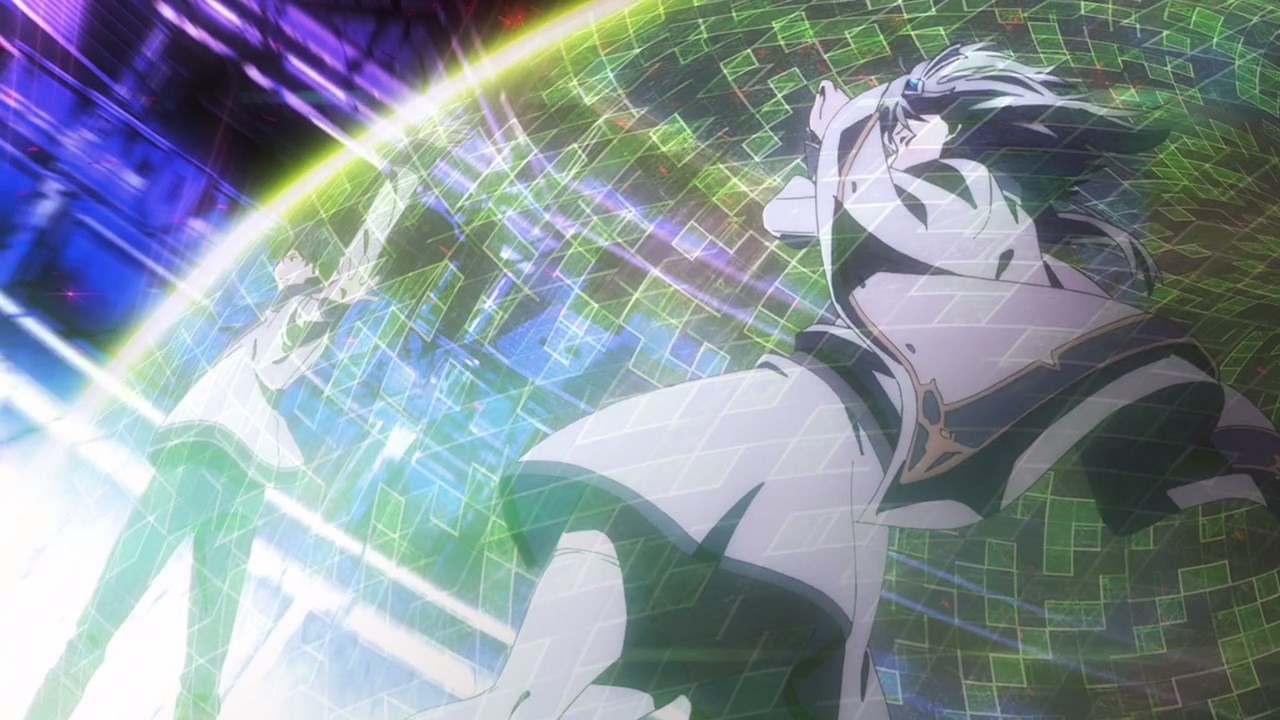 Then again, he doesn’t want to leave both Leorg and Zepes dead for good as he’s very merciful towards them.

So, he’ll resurrect both brothers but that would create a giant explosion, therefore Anos created a barrier to protect Misha from fallen debris. 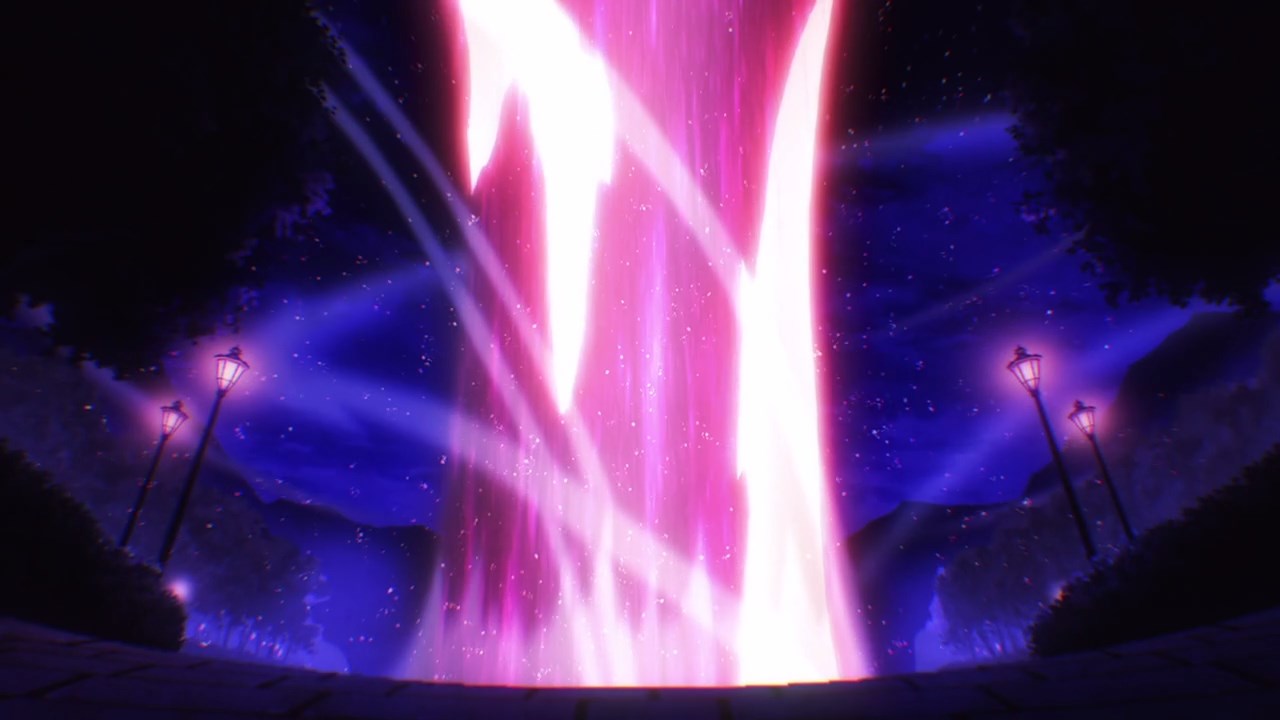 But there he goes as Anos resurrected both brothers from being stuck in the afterlife forever, although he created a big mess afterwards. 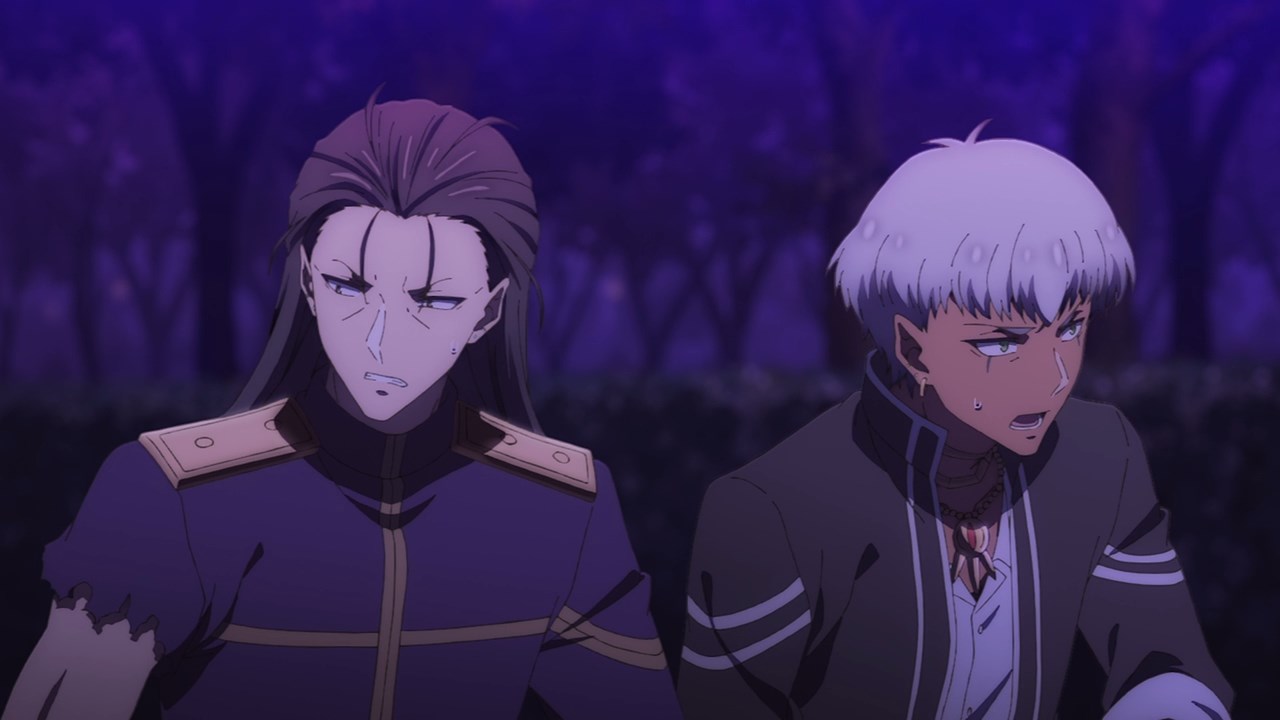 As for Leorg and Zepes Indu, looks like they learned their lesson on not to mess with Anos Voldigoad. C’mon, they can’t beat their ancestor. 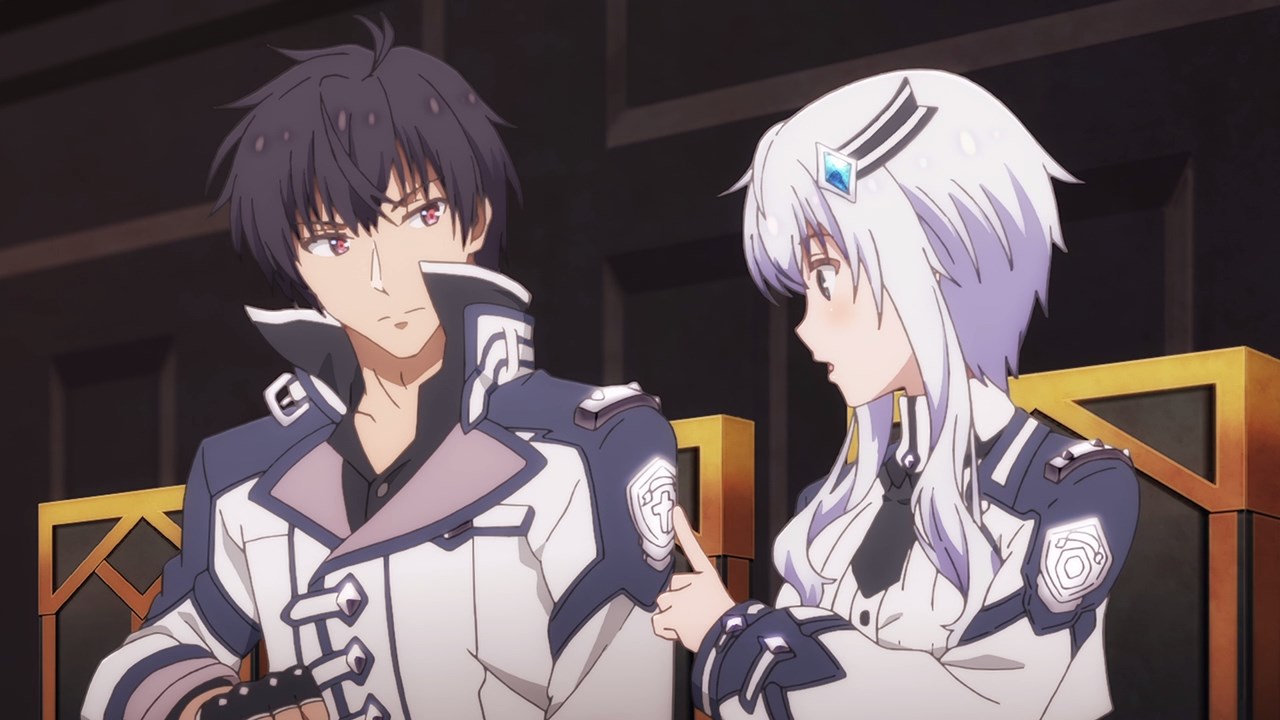 But that’s the first episode of Maou Gakuin no Futekigousha as Anos Voldigoad is now living the dream as the reincarnated demon lord at Demon Lord Academy together with Misha Necron.

Then again, this is just the beginning as Anos and Misha will encounter twists and turns inside the academy, so I can’t wait for next week’s episode on how will this series plays out.