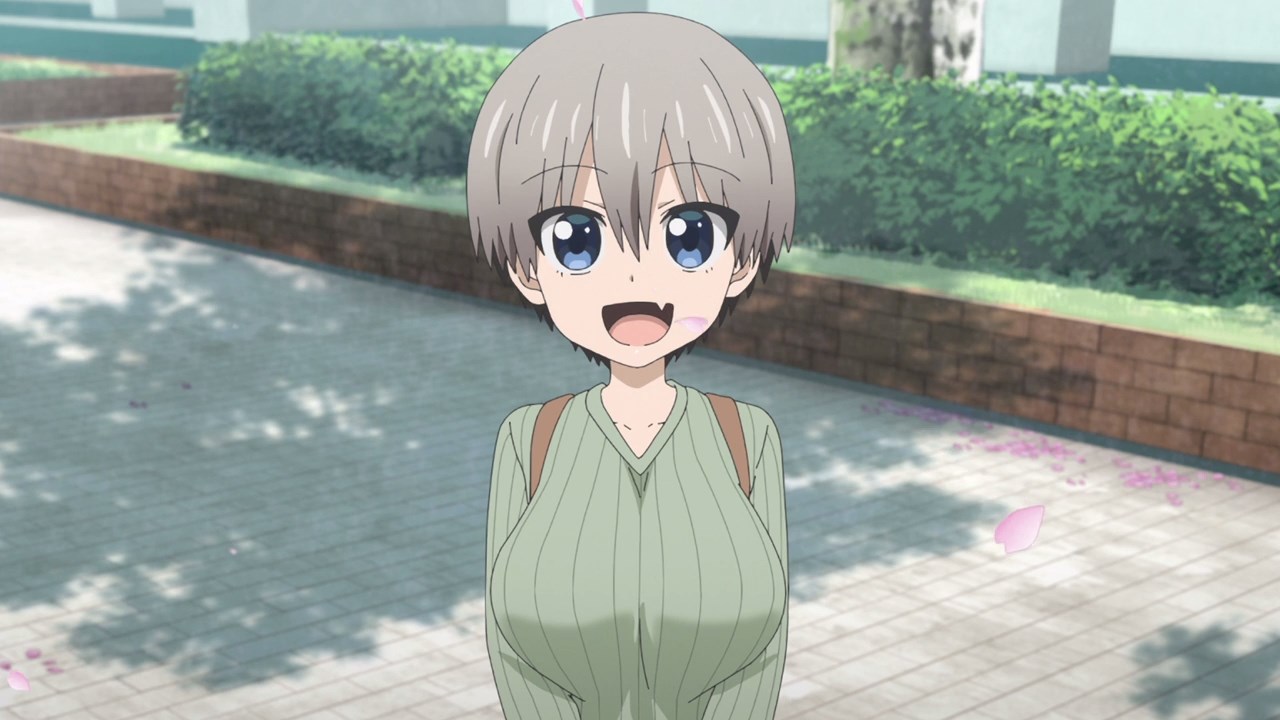 Say hello to Hana Uzaki as she’s here to play with us on this comedy anime, especially with her giant tits. 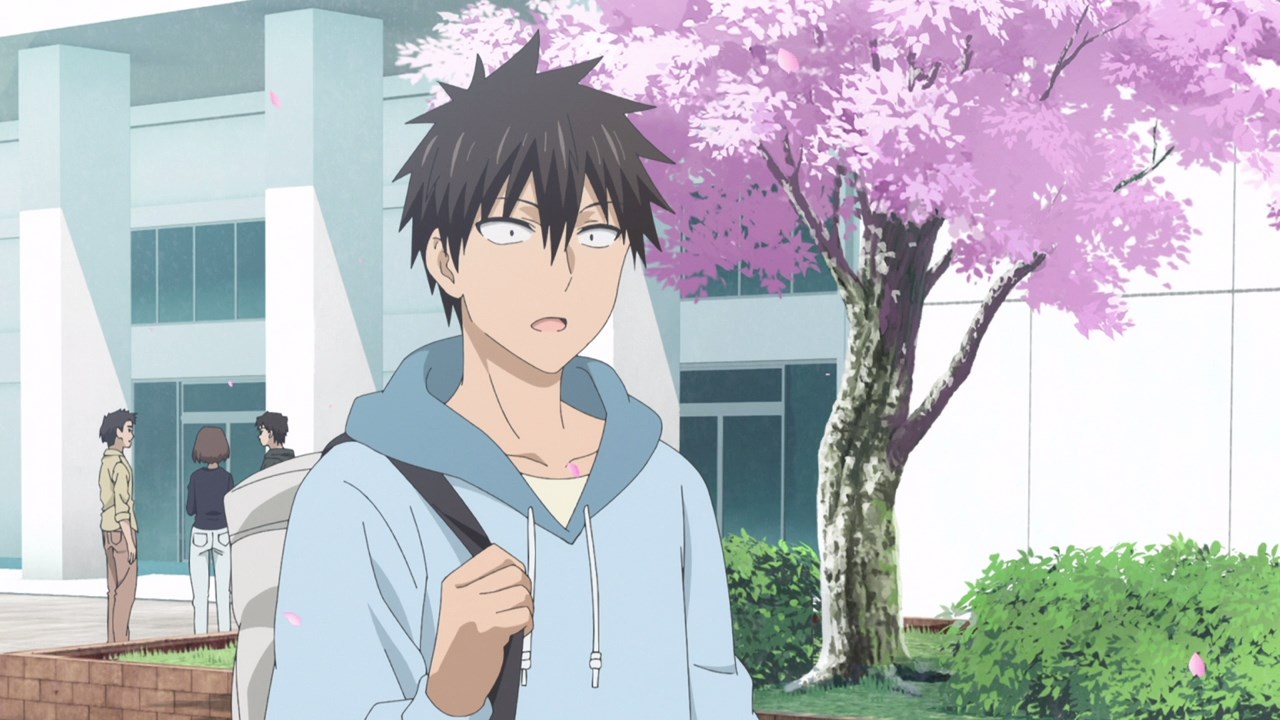 Unfortunately, we can’t play with Uzaki-chan because we have this boring protagonist named Shinichi Sakurai who gets in our way of playing her tits.

Speaking of Sakurai, he’s pretty much bored in his college life as Shinichi was supposed to be a member of a swimming team, but there’s no swimming club to join in so he’s basically stuck in his mundane life. 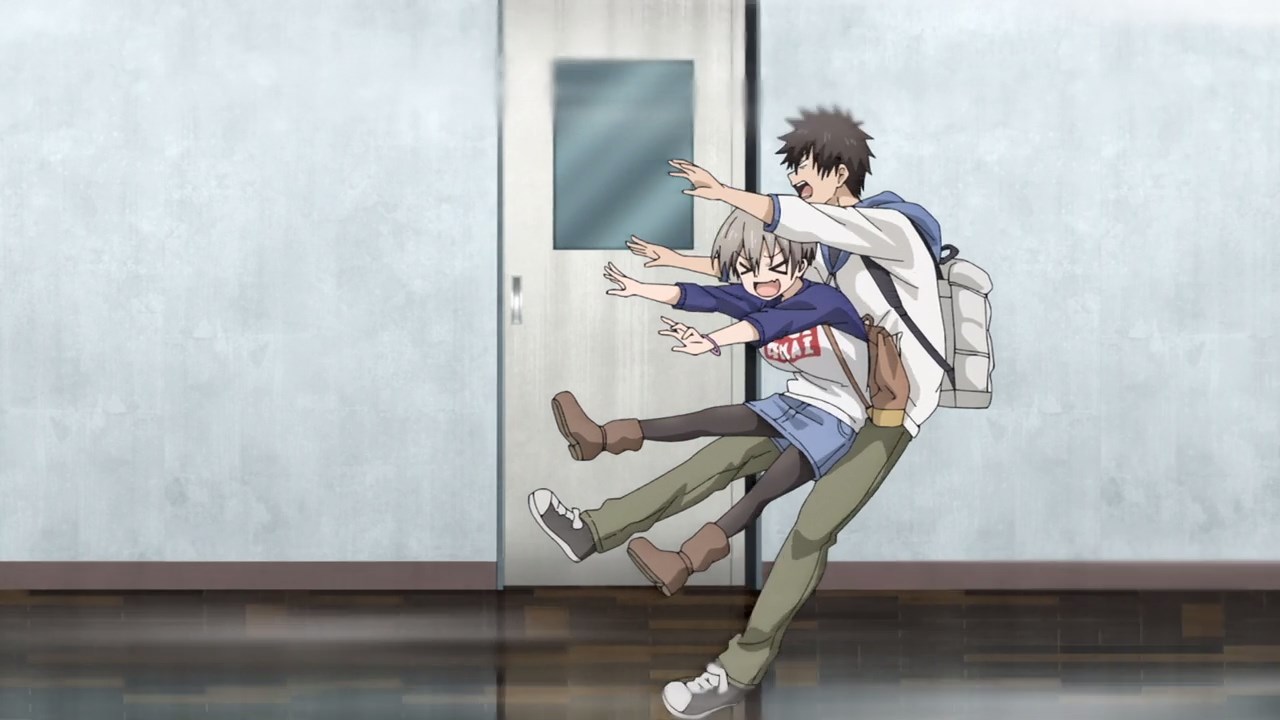 Well, that’s until Uzaki-chan decided to play with him. Man, if only we’re the ones who play her instead of Shinichi!

Anyways, this is Uzaki-chan wa Asobitai! where Hana Uzaki will find ways to play with her senior no matter what. 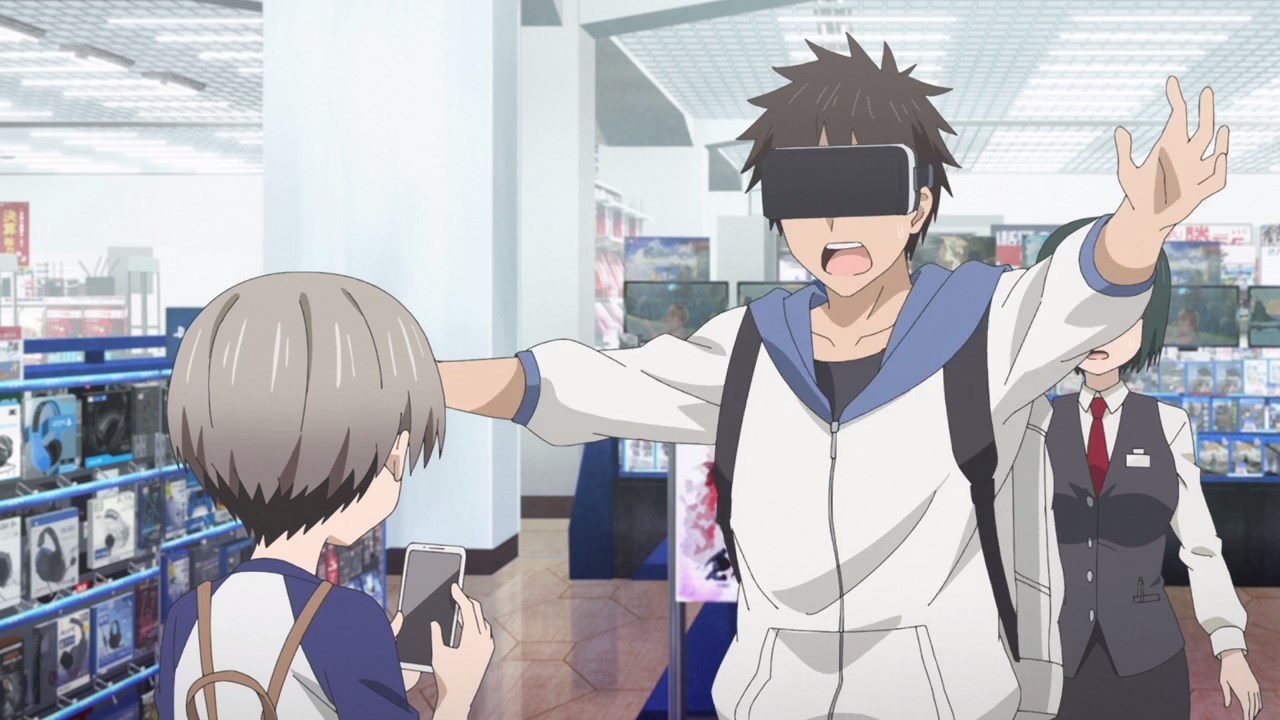 And the first order of business is to try out virtual reality where it turns out that Shinichi Sakurai is actually a wuss as he’s being attacked by a virtual shark. 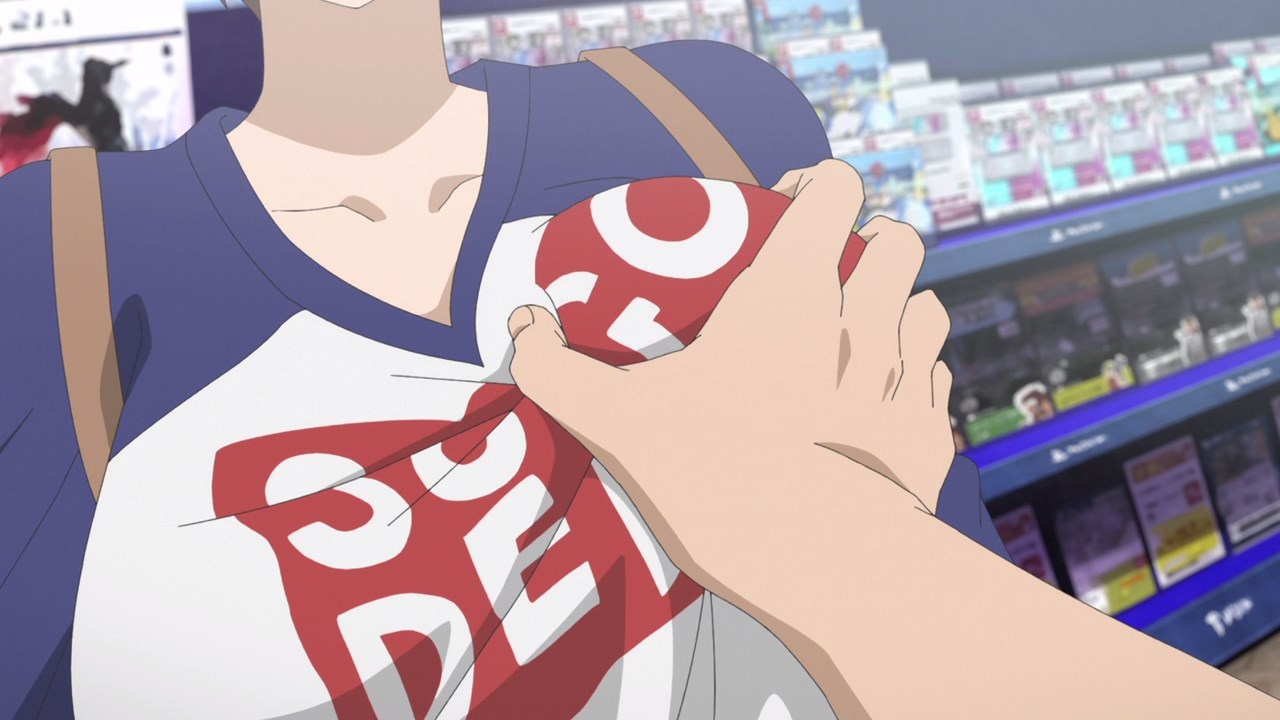 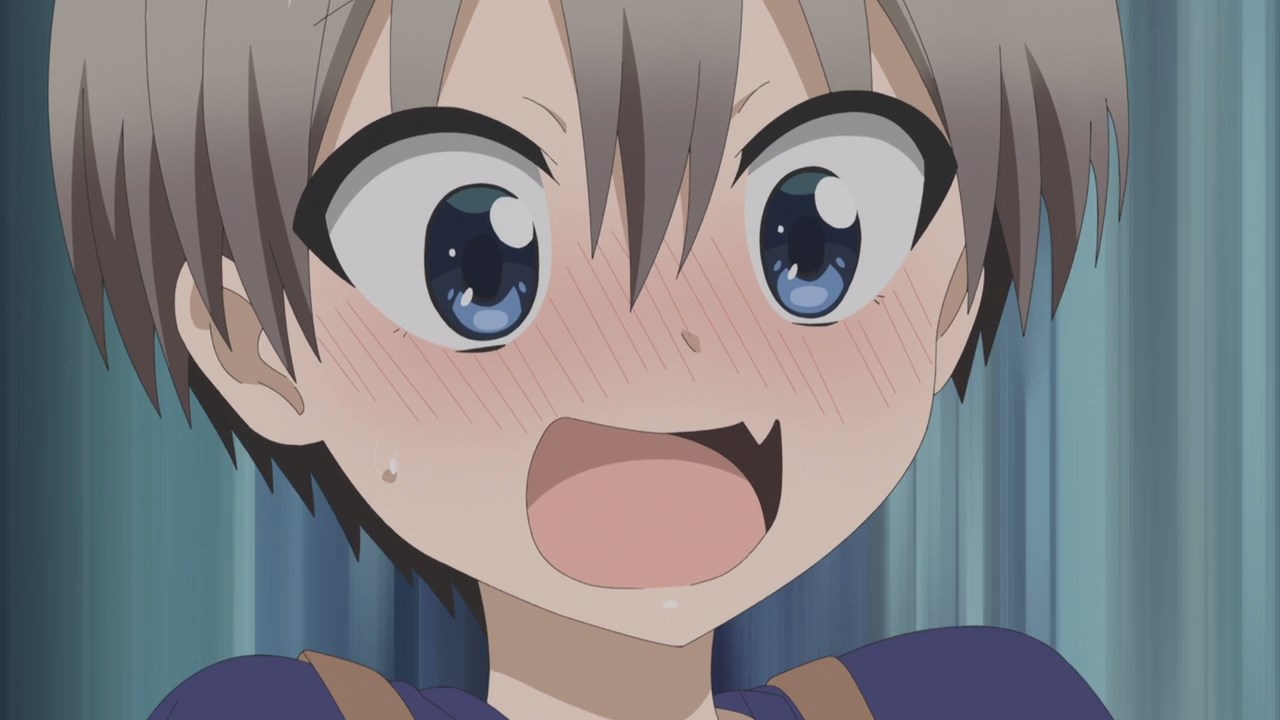 But then, Sakurai accidentally groped Uzaki’s large breasts, thinking that it was a jellyfish that he’s holding.

Oh you dummy, you can’t hold jellyfish in real-life ’cause it stings. Also Shinichi, the viewers are really jealous right now because you grope her tits! 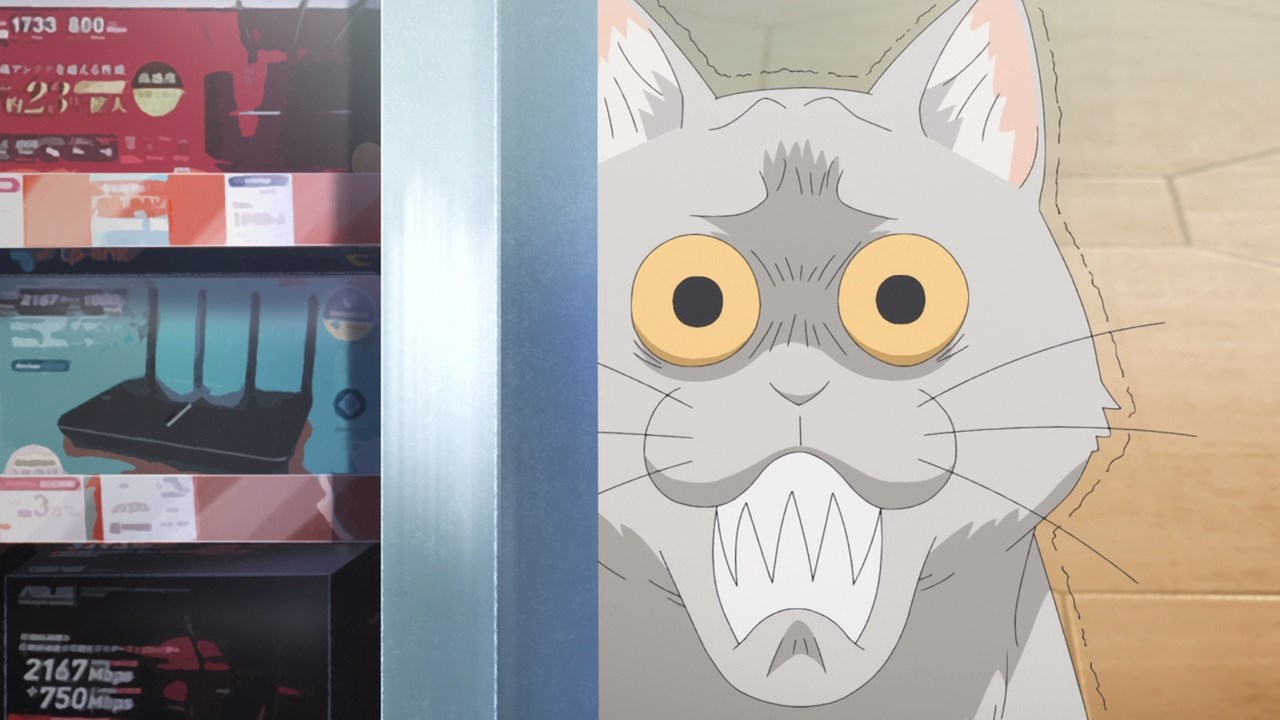 Hell, even this cat is thinking the same thing as the viewers where it wants to cuddle on Uzaki’s bosom. Sakurai, you lucky bastard! 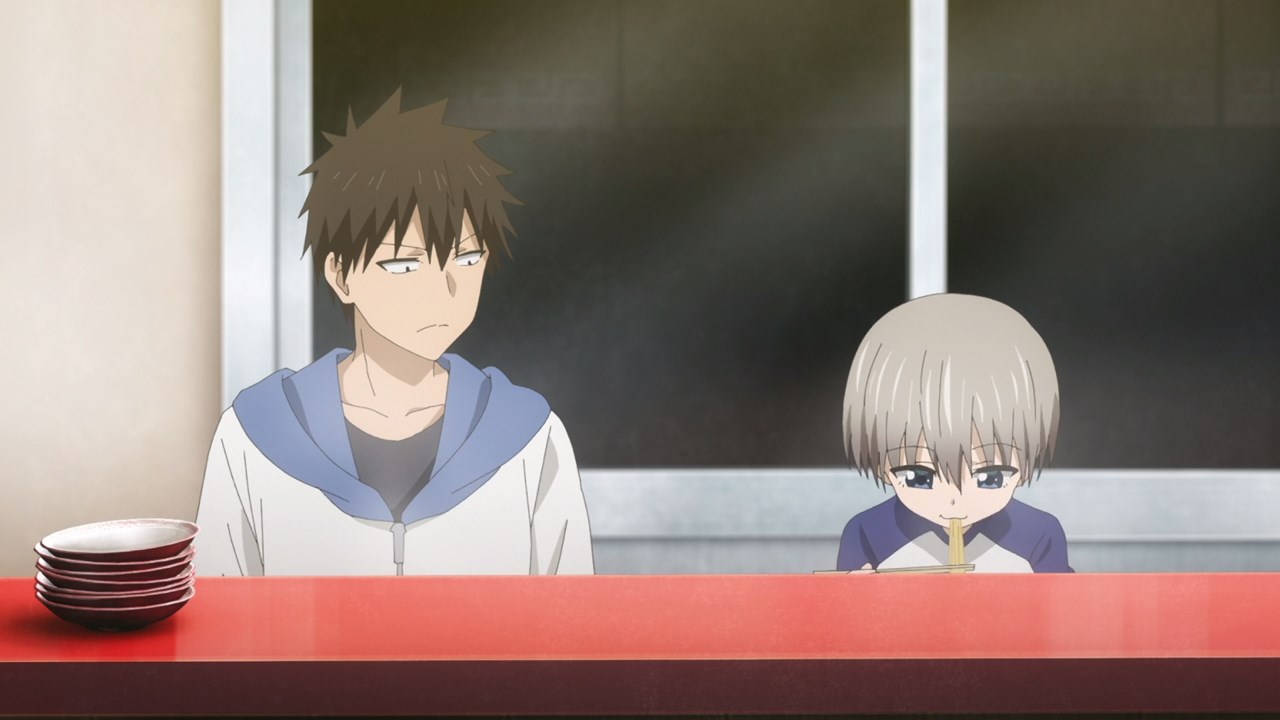 But that’s the first episode of Uzaki-chan wa Asobitai! There’s more to come next time as Uzaki-chan will continue to play with Shinichi Sakurai until the end of the series.

Then again, looks like Sakurai is pretty annoyed that his quiet and mundane life is ruined by his junior.