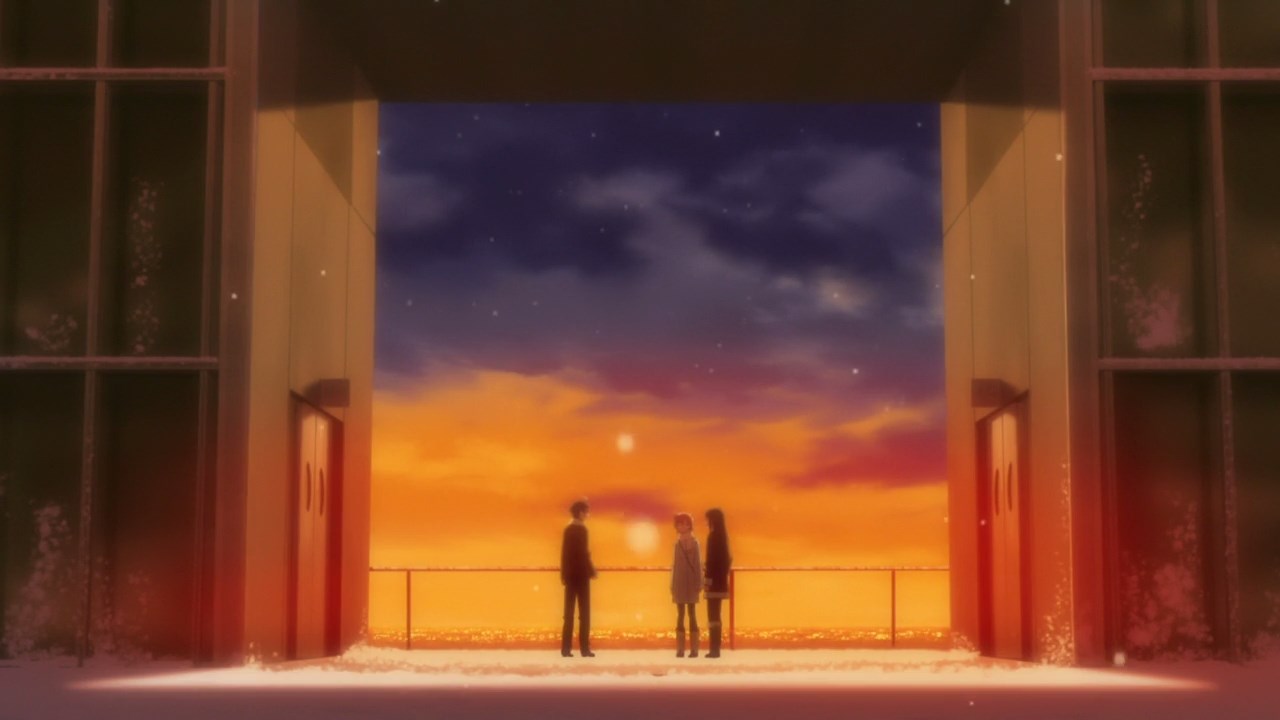 Here it is ladies and gentlemen, this is the final season of Yahari Ore No Seishun Love Come Wa Machigatteiru. It’s been more than 5 years since we have the second season and man, we’re really gonna see the ending!

Anyways, let’s start this episode where Yukino Yukinoshita asked Hachiman Hikigaya and Yui Yuigahama for a life-changing request. Then again, we’ll never know what kind of request Yukino is asking for. Could it be that it’s related to her family, we’ll never know… 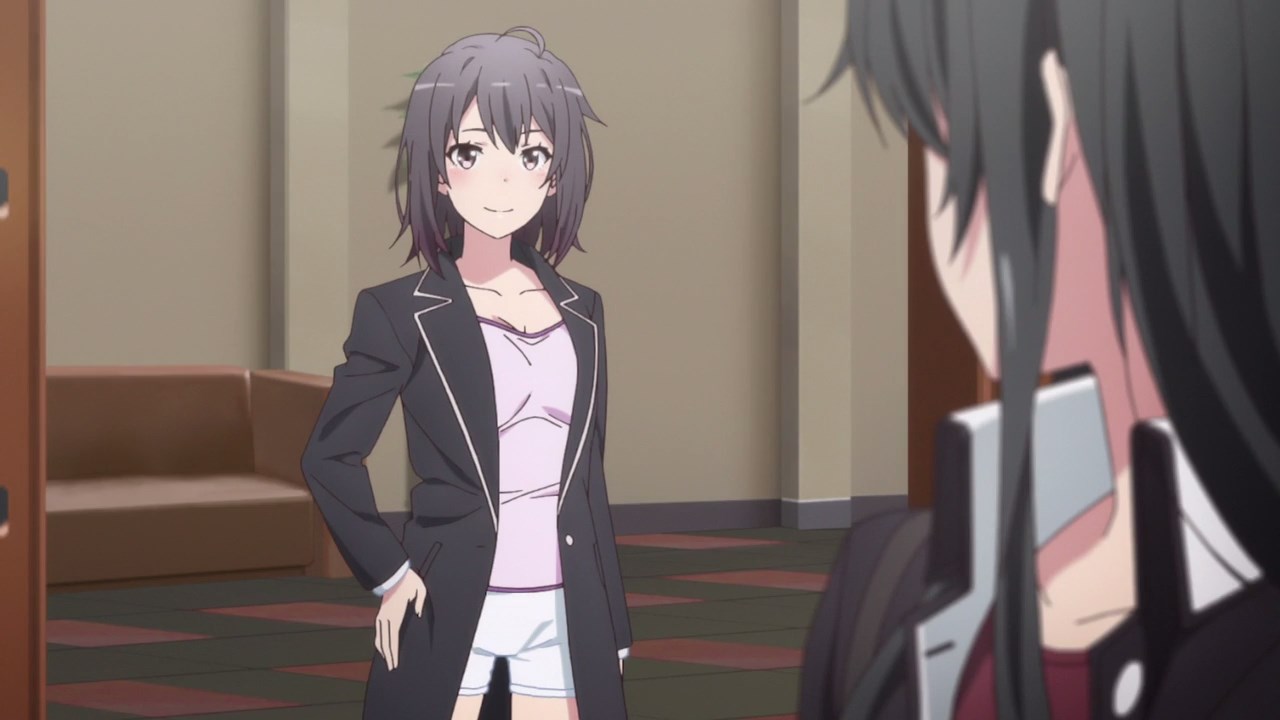 On the other hand, here’s Yukinon’s sister Haruno where she looked so stunning as ever, although Haruno-san is a bit tipsy because she went to a party. 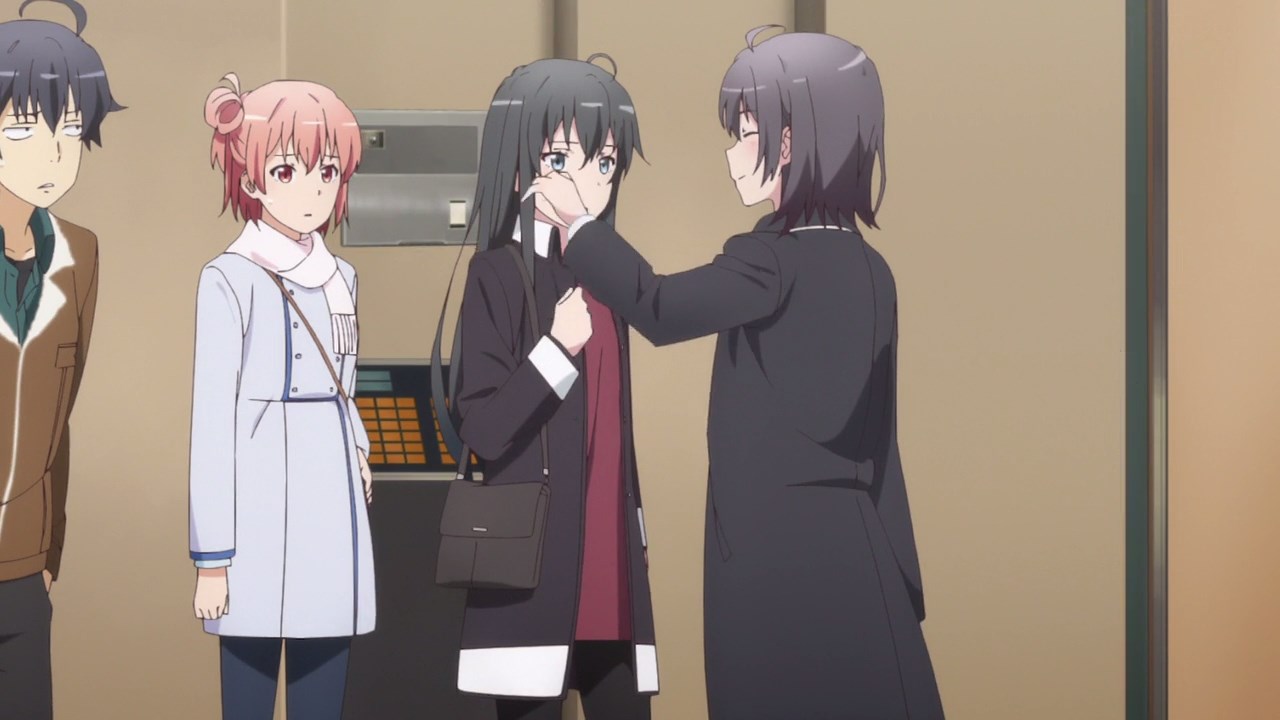 But anyways, Yukino wants to have a serious discussion together with her mother and sister. Let’s hope that the discussion would be successful, or Yukinon won’t be very happy in the future if it didn’t go well. 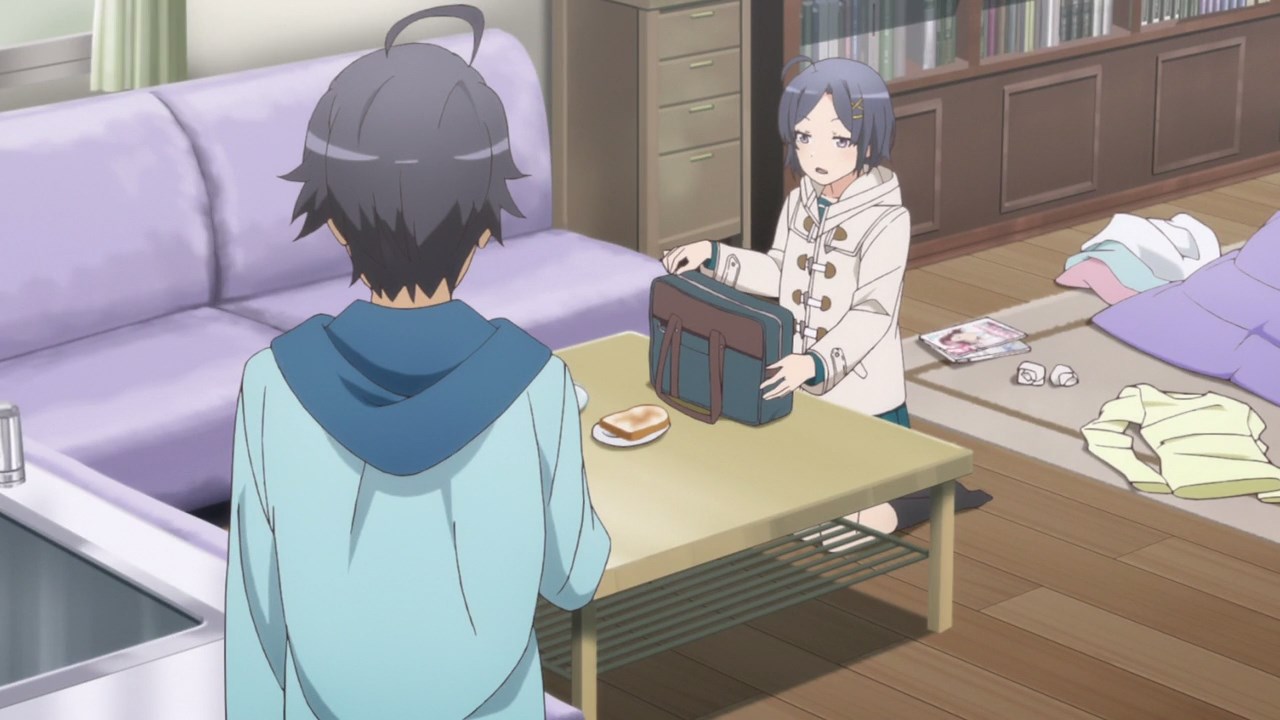 Let’s move onto Komachi Hikigaya where she’ll be taking her high school entrance exam. After all, she’s gonna graduate in middle school soon so Komachi is fully-prepared to answer most of the questions during the exam. 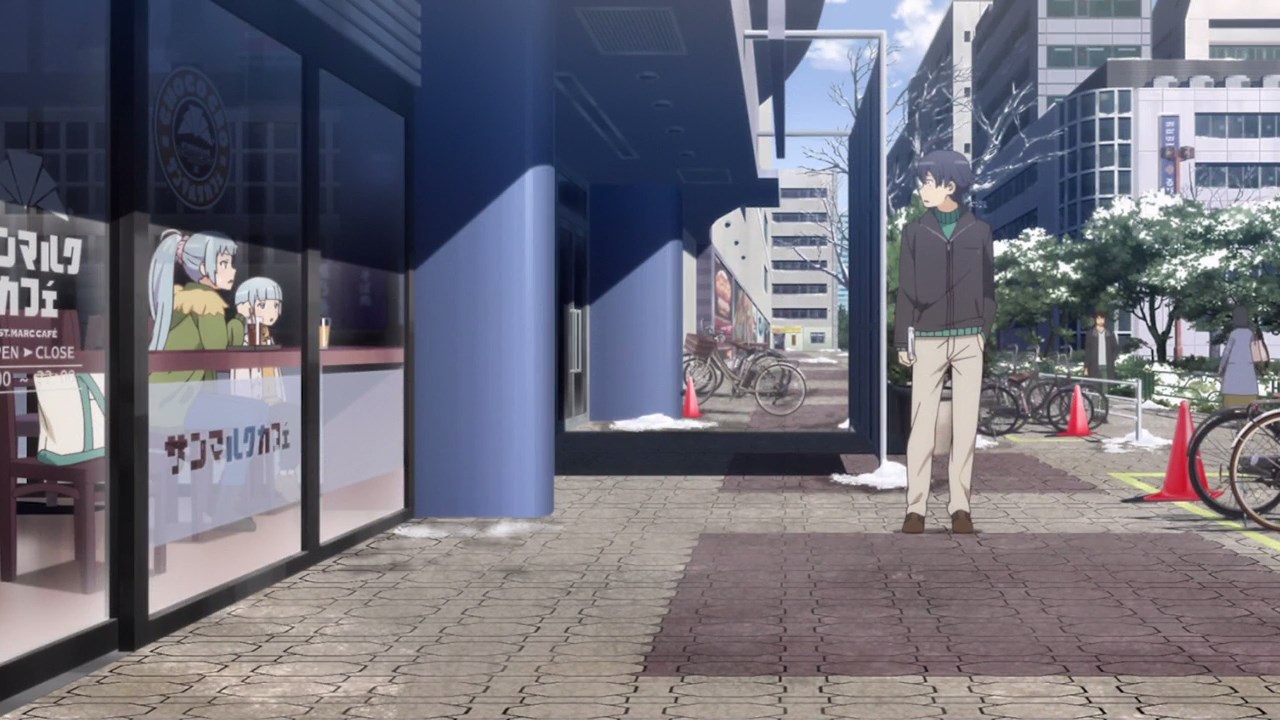 So while Komachi went to her high school of choice, looks like Hikky met both Saki Kawasaki as she’s with her little sister Keika.

Then again, Saki is somewhat disgusted that Hikigaya is outside the St. Marc Cafe. C’mon Saki, he’s not some thug or lech as Hachiman is a near-emotionless protagonist. 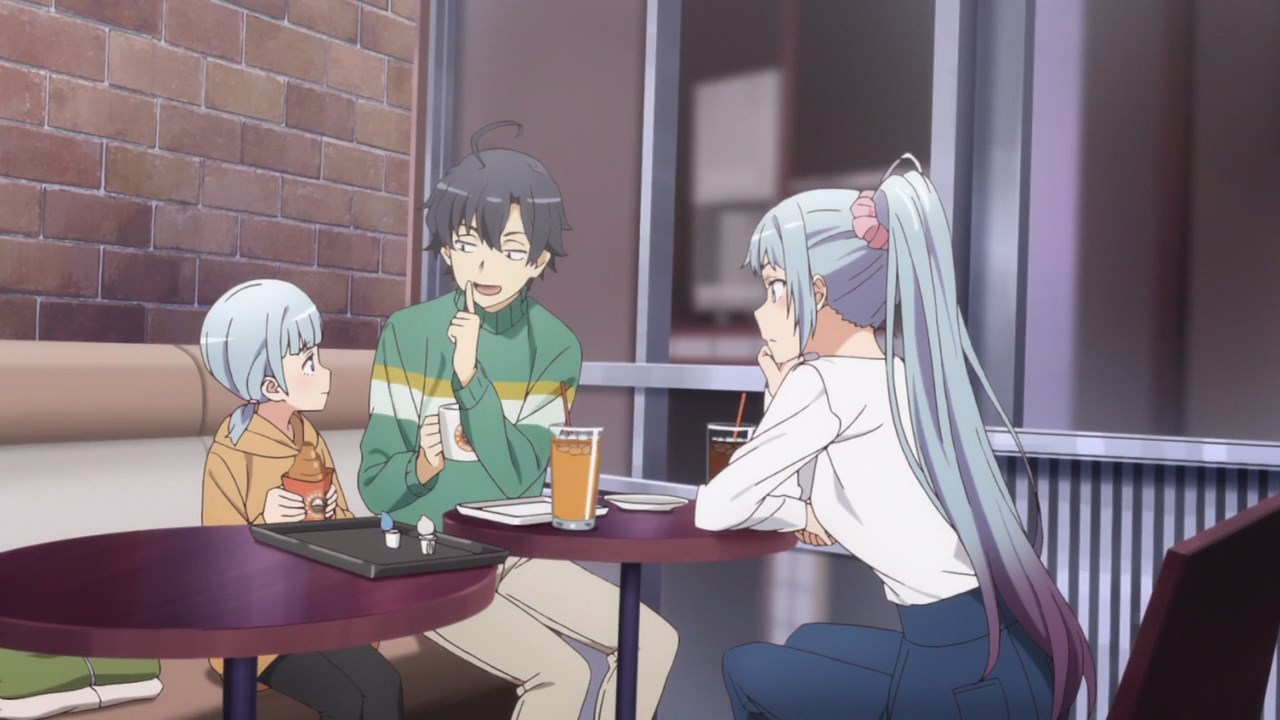 Actually, I have to say that she needs to protect Keika from Hikky as he’s dangerous where Hachiman bought chocolate coronet to Saki’s sister.

You know what, I don’t think Hachiman Hikigaya will do anything that might endanger the Kawasaki sisters. 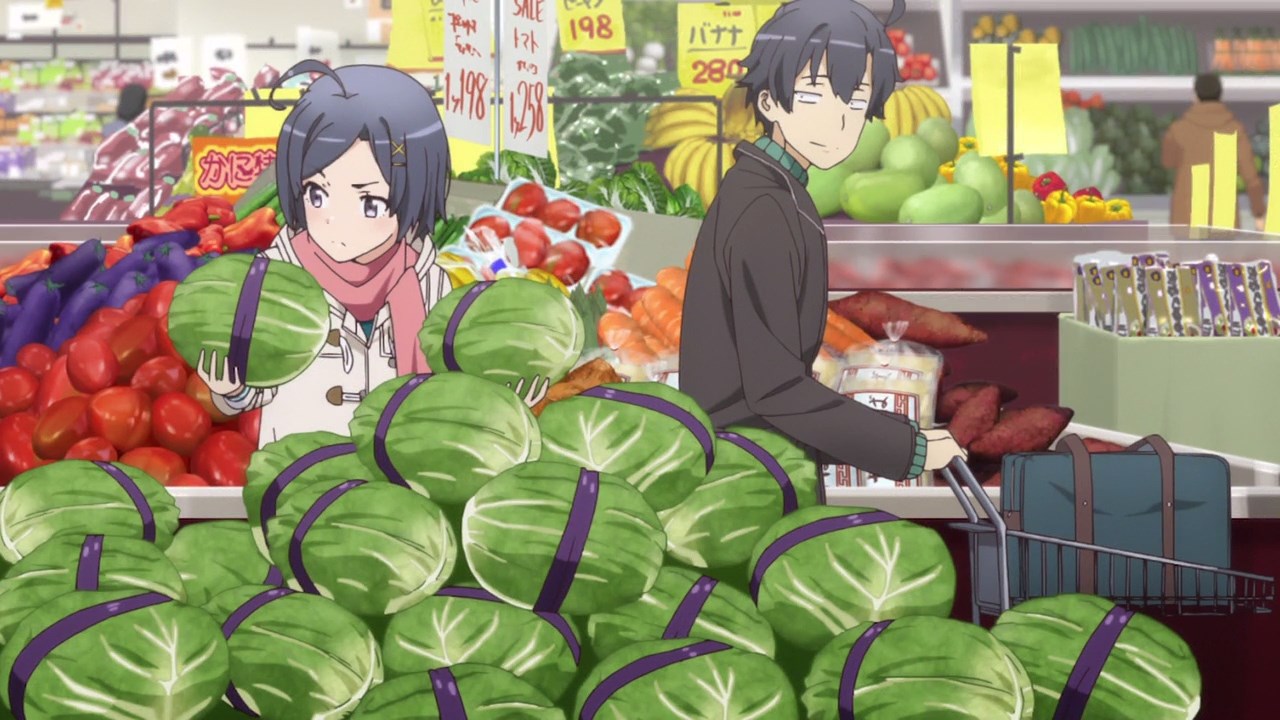 It’s nice that she can finally relax after days of studying, but I hope that Komachi will pass the exam. 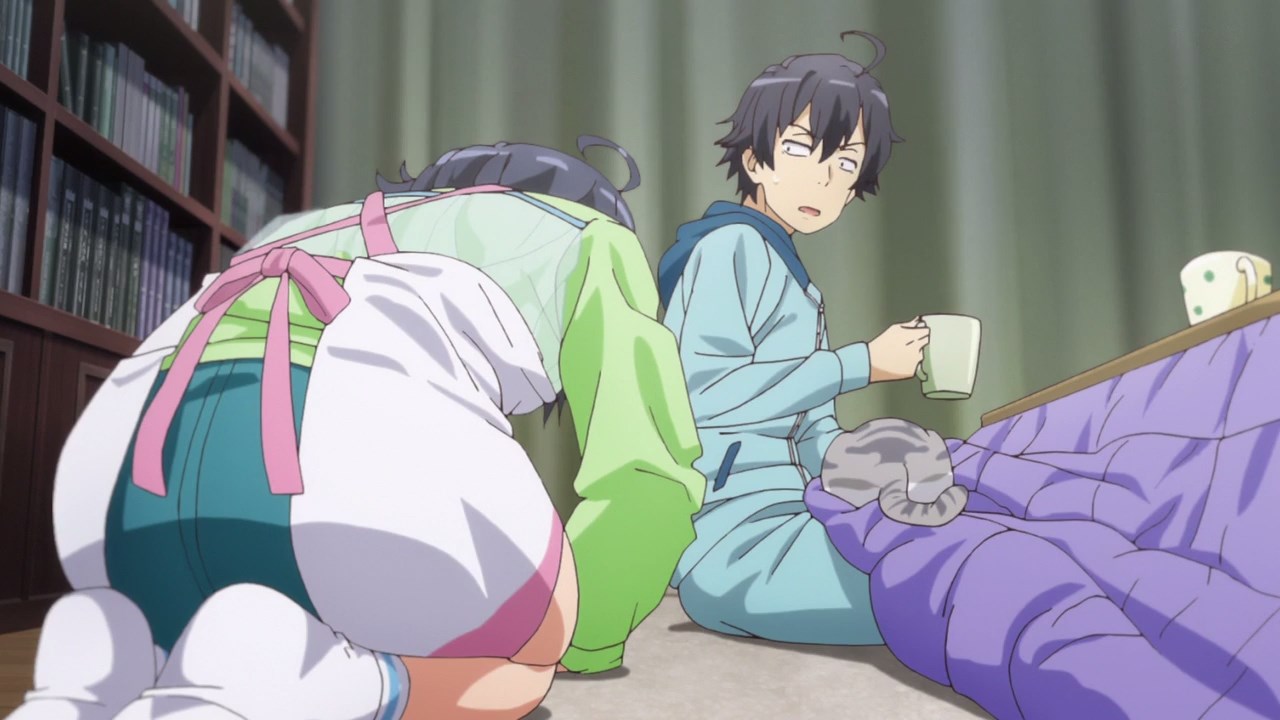 On the hand, it appears that Komachi thanked her brother for treating her well through the years. Um Komachi, it’s too early to give thanks to Hachiman as you haven’t pass the exam yet! 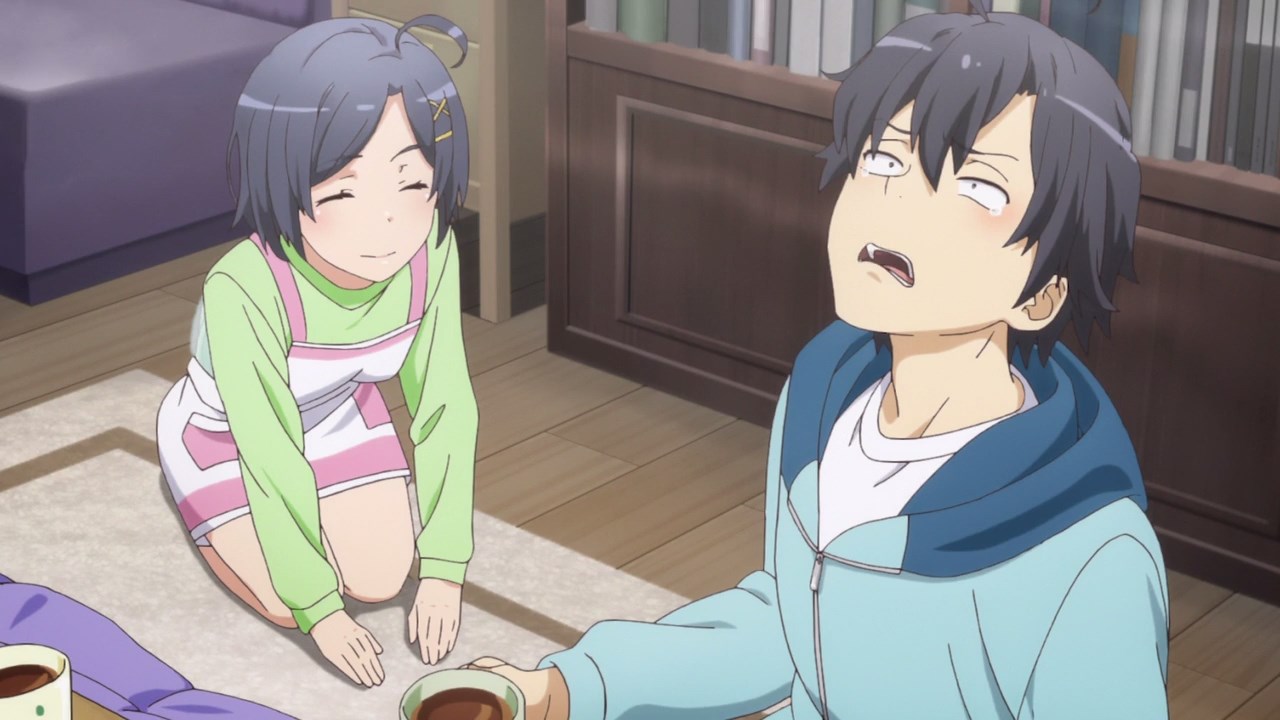 Then again, Hachiman is crying that Komachi said something nice to him. Regardless, I hope that good things will come on the next episode because c’mon, we’re reaching the climax of this story soon.

Anyways, glad that OreGairu has returned but man, I think I need to jog my memory as it’s been a long time since I’ve watched the anime series!