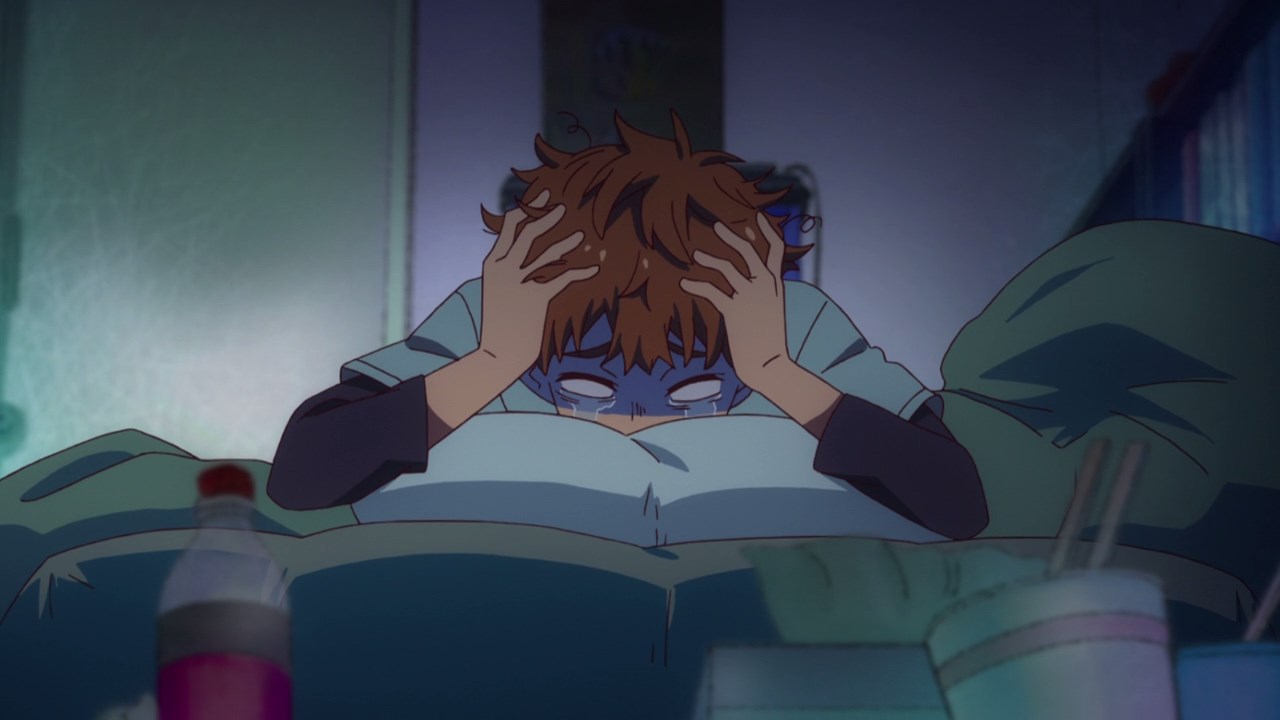 Meet Kazuya Kinoshita, a college student who’s out of luck when it comes to his love life as he’s spend his time moping around like a loser. 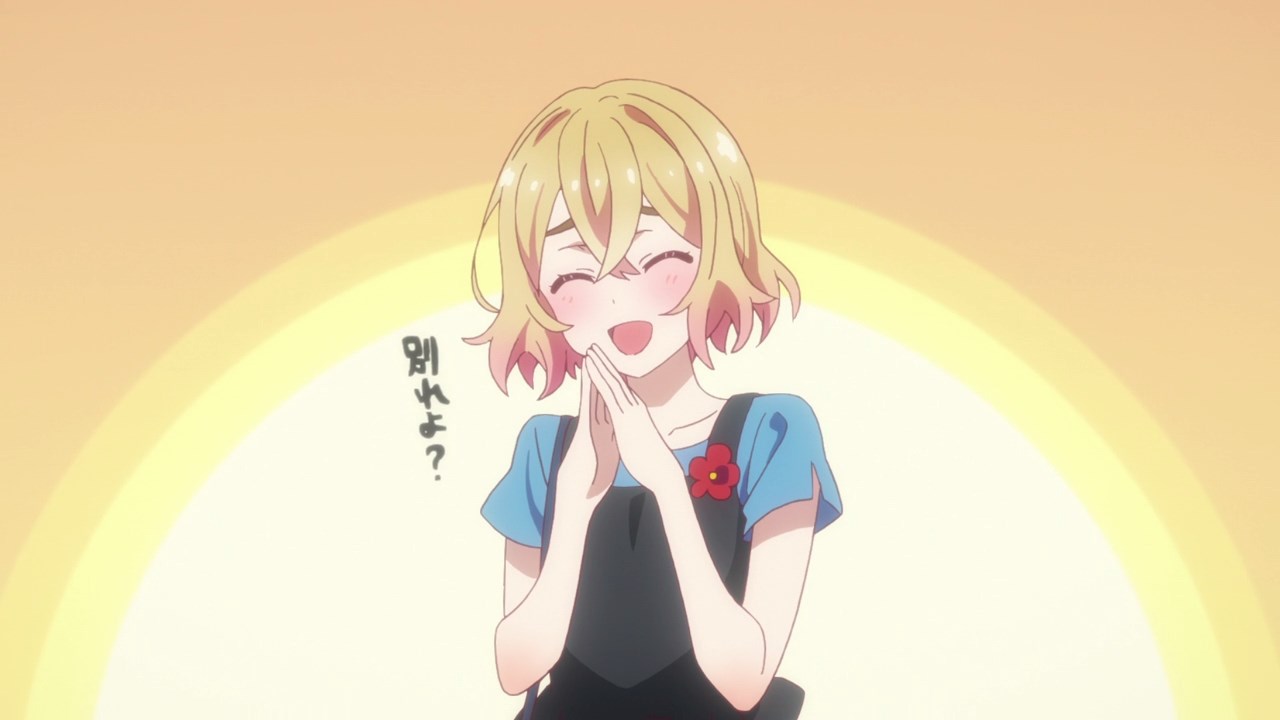 You see, Kazuya’s girlfriend broke up with him after a month as she found someone to date with. Yeah, it’s no wonder why Kazuya is very upset!

Also, I hope that whoever dates her should be careful ’cause she might accuse a guy of raping her and cancel him through social media. C’mon, the internet is far more dangerous than before. 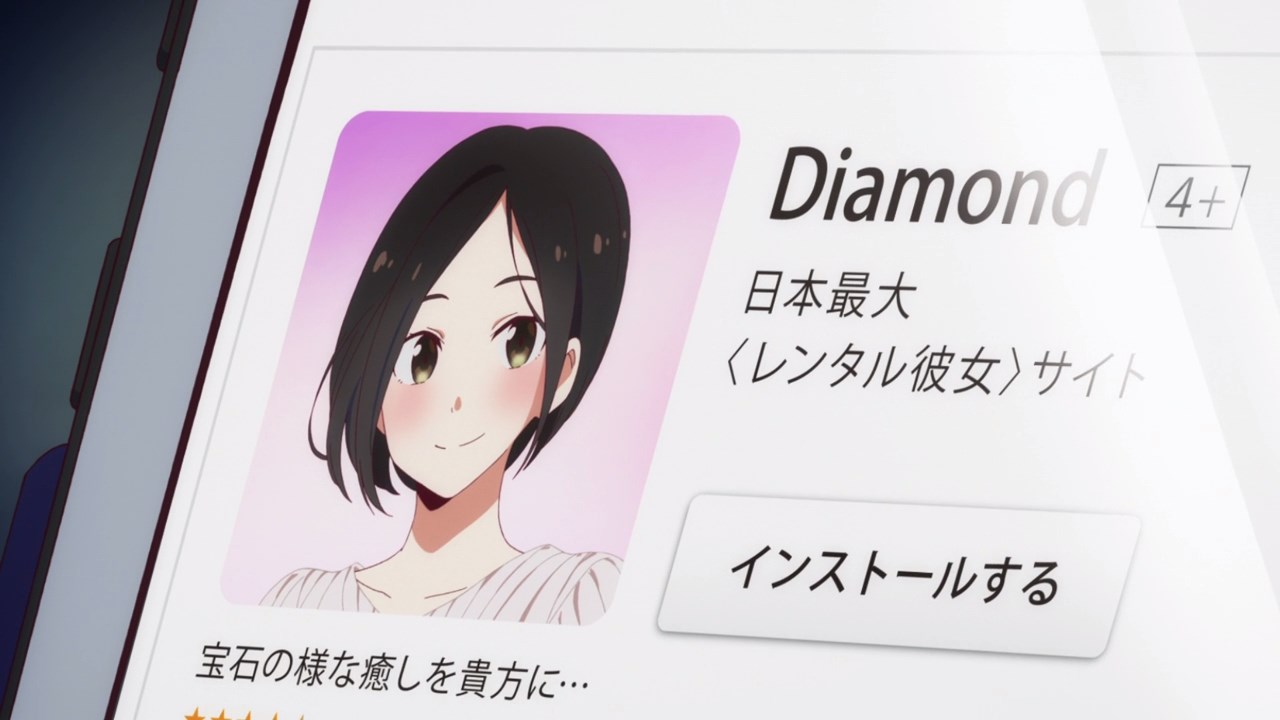 But let’s go back to Kazuya Kinoshita where out of desperation of getting a girlfriend, he decides to download a rental girlfriend app in order to get one… for a fee of course. 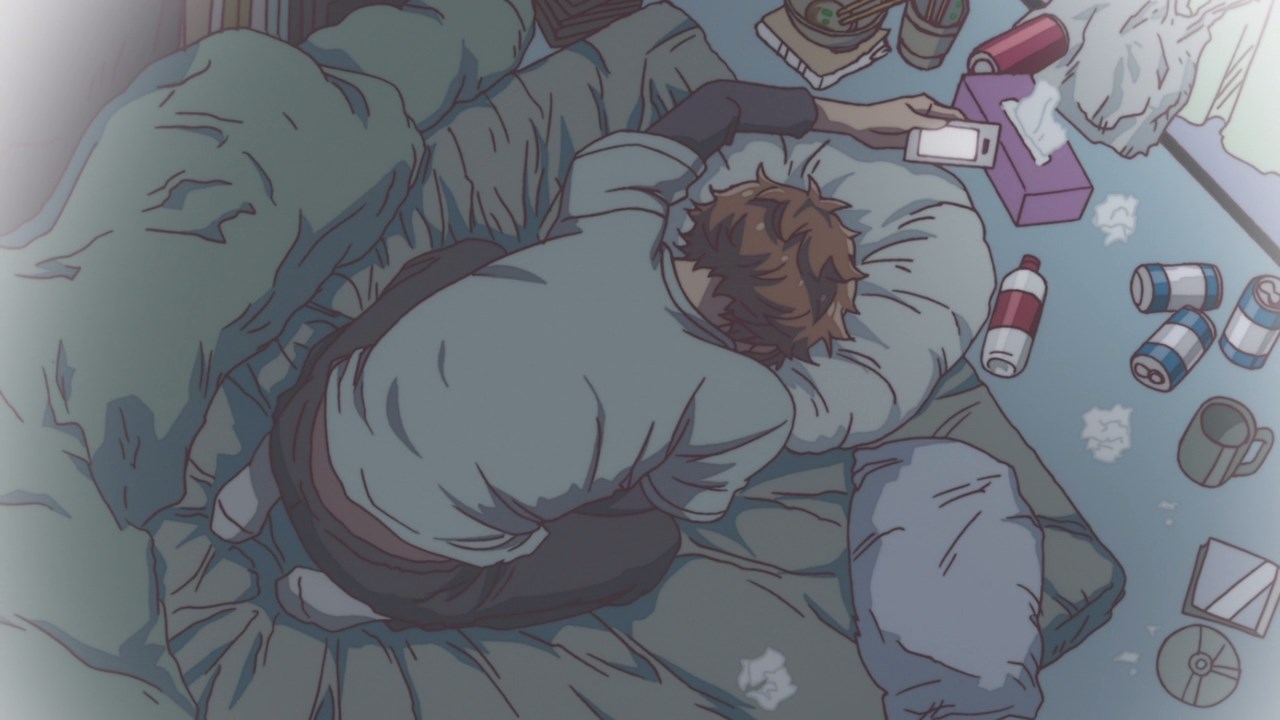 Seriously though, I feel that getting a rental girlfriend is a bad idea as there’s no romantic attachment to it. I mean, you’re just paying your girlfriend up to keep you company. 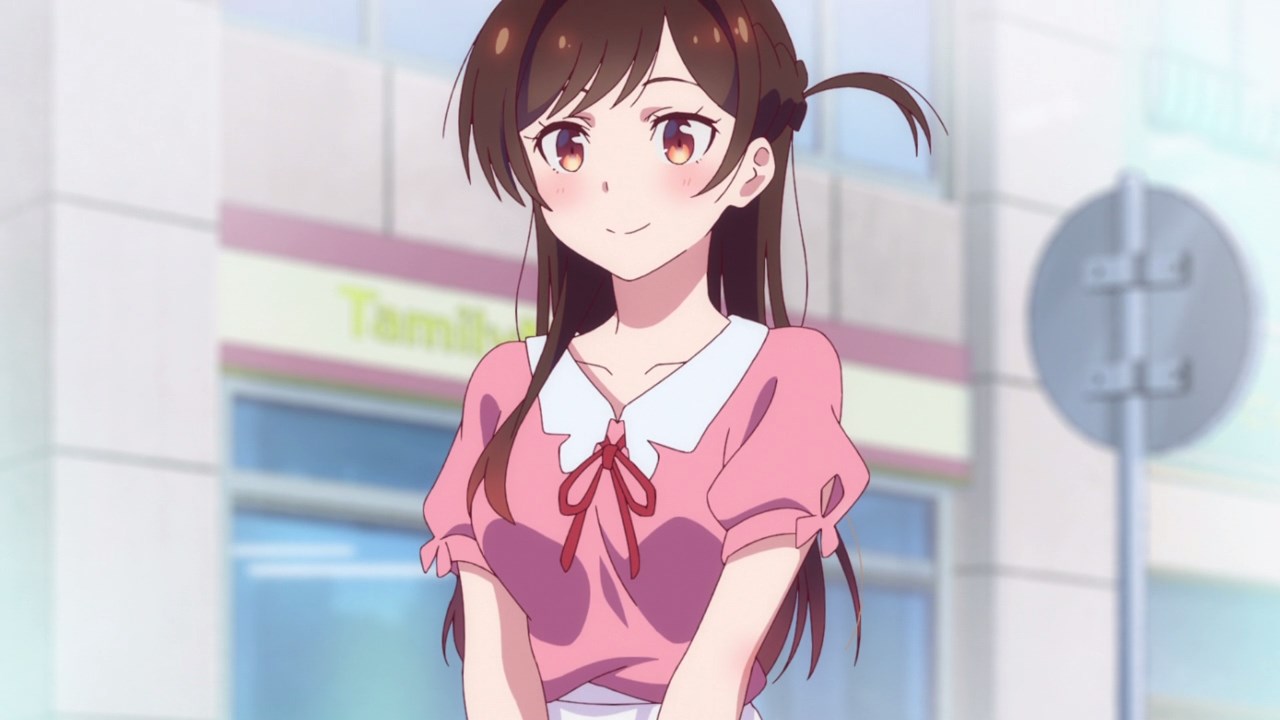 Anyways, here’s his first rental girlfriend named Chizuru Mizuhara and I have to say that she’s pretty, although it’s a shame that Chizuru will accompany Kazuya for an hour unless he coughs up more money until his account is all dried up. 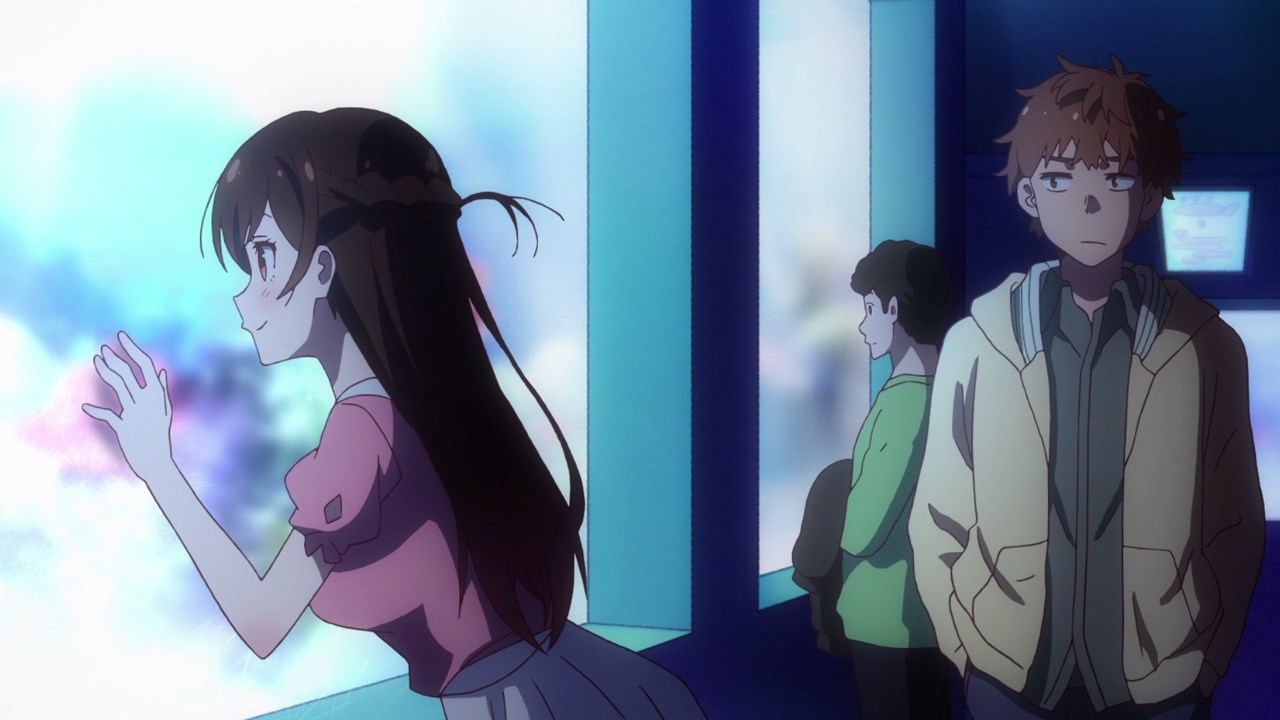 In any case, Kazuya Kinoshita had a great time with Chizuru Mizuhara as they went to the aquarium, although he’s not very happy because Chizuru is just acting as his girlfriend. 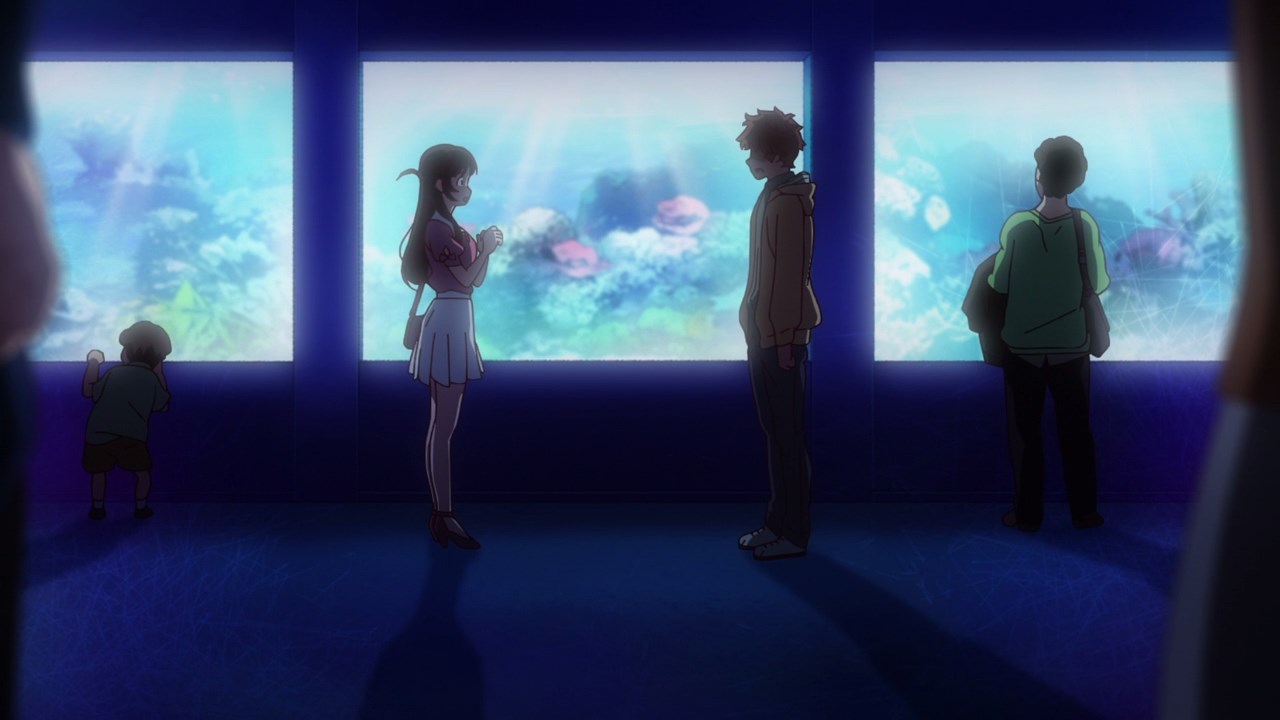 That’s until Kazuya had enough of this charade and called Chizuru out for her bullshit, saying that she’s just acting out for money.

Well to be fair Kazuya, you’ve signed to this so it’s your fault that you wanted to get a girlfriend despite being a rental one. Also, you’re bothering the attendees you simp! 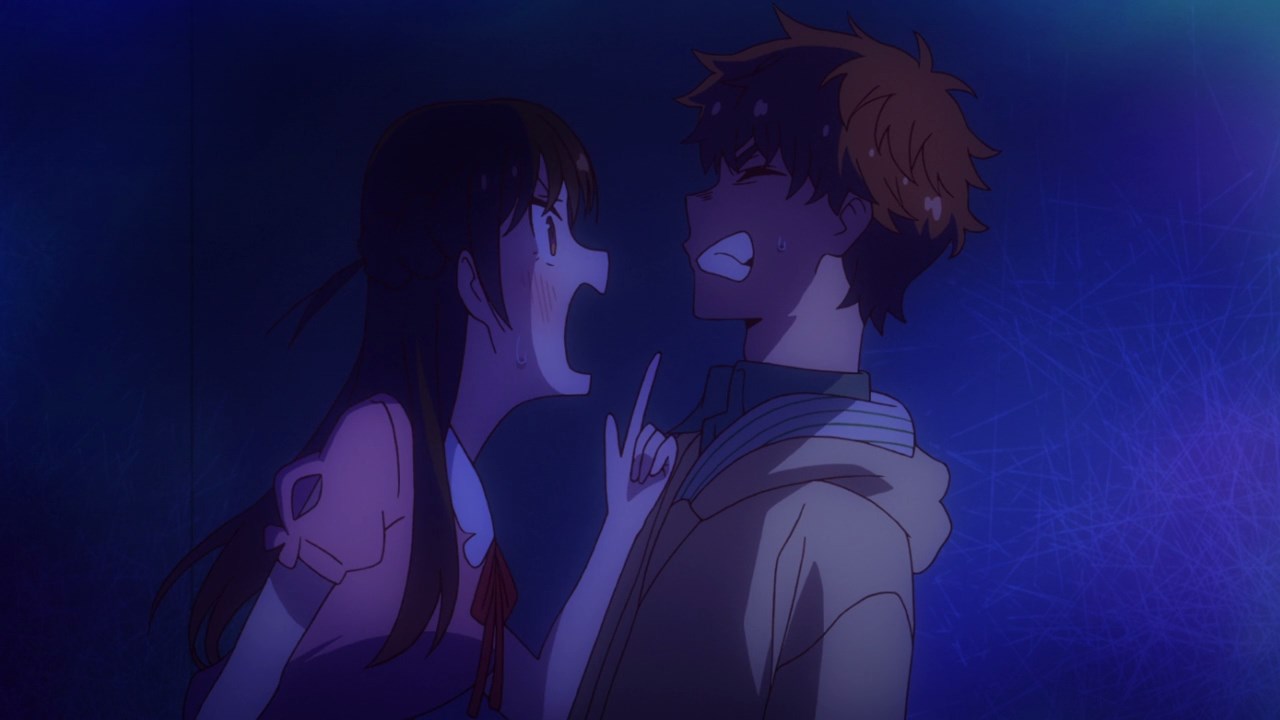 And thanks to Kazuya calling her out, looks like Chizuru has finally showed her true colors as calls him an idiot for signing up to the rental girlfriend program.

Man, I have to say that this anime is laughing my ass off simply because you have a desperate idiot protagonist who downloaded the rental girlfriend app in order to satiate his love life for an hour or more. 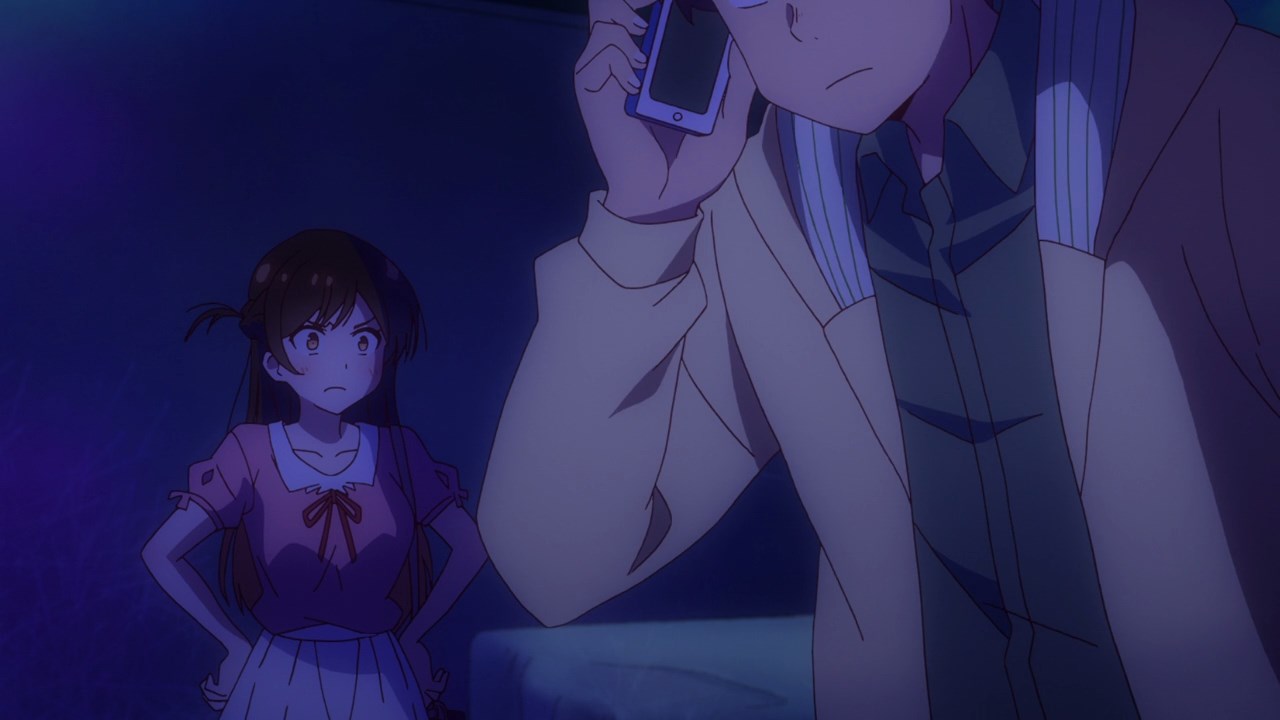 Unfortunately, it appears that their lovers’ spat got interrupted where Kazuya Kinoshita got a call from his parents that his grandmother got hospitalized.

Oh no, seems that this show got serious when his family member is taken to the hospital. Oh please, don’t tell me that Kazuya’s grandma is gonna pass away? 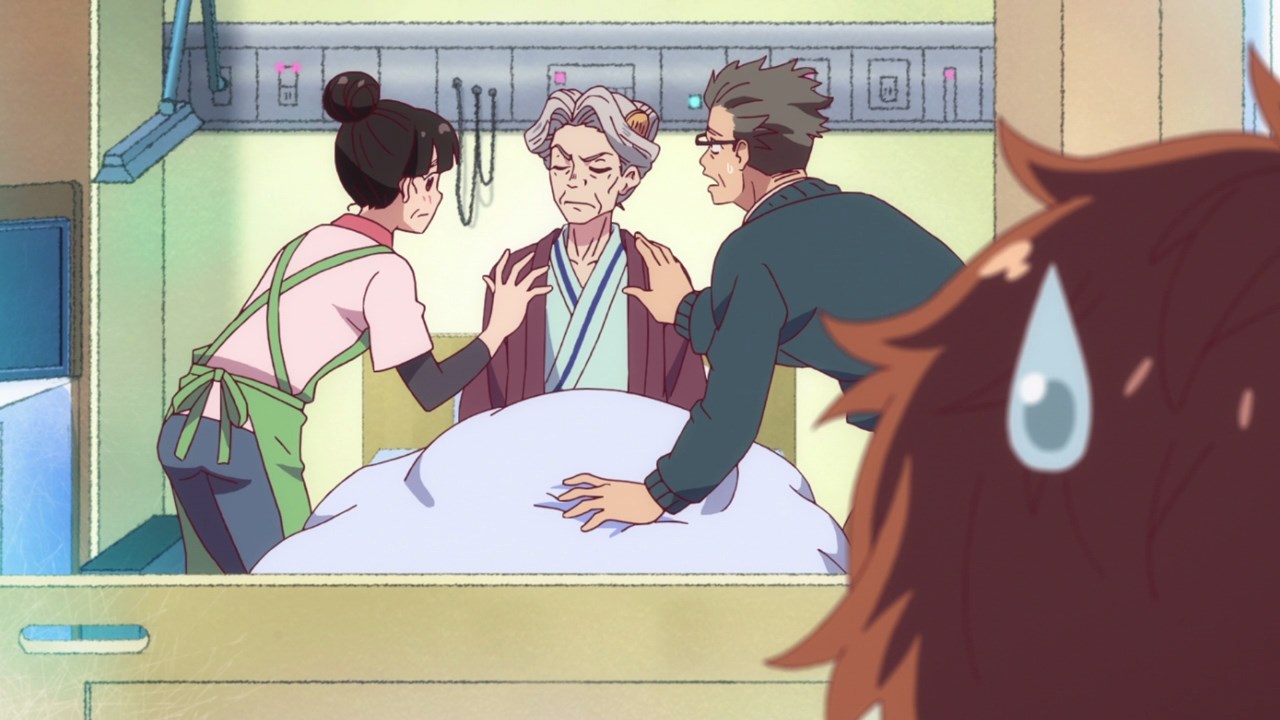 Oh, it appears that his grandmother is okay, but the thing that I’m worried about is that she was hospitalized 3 times. Okay, I think his grandma need to stop doing strenuous tasks. 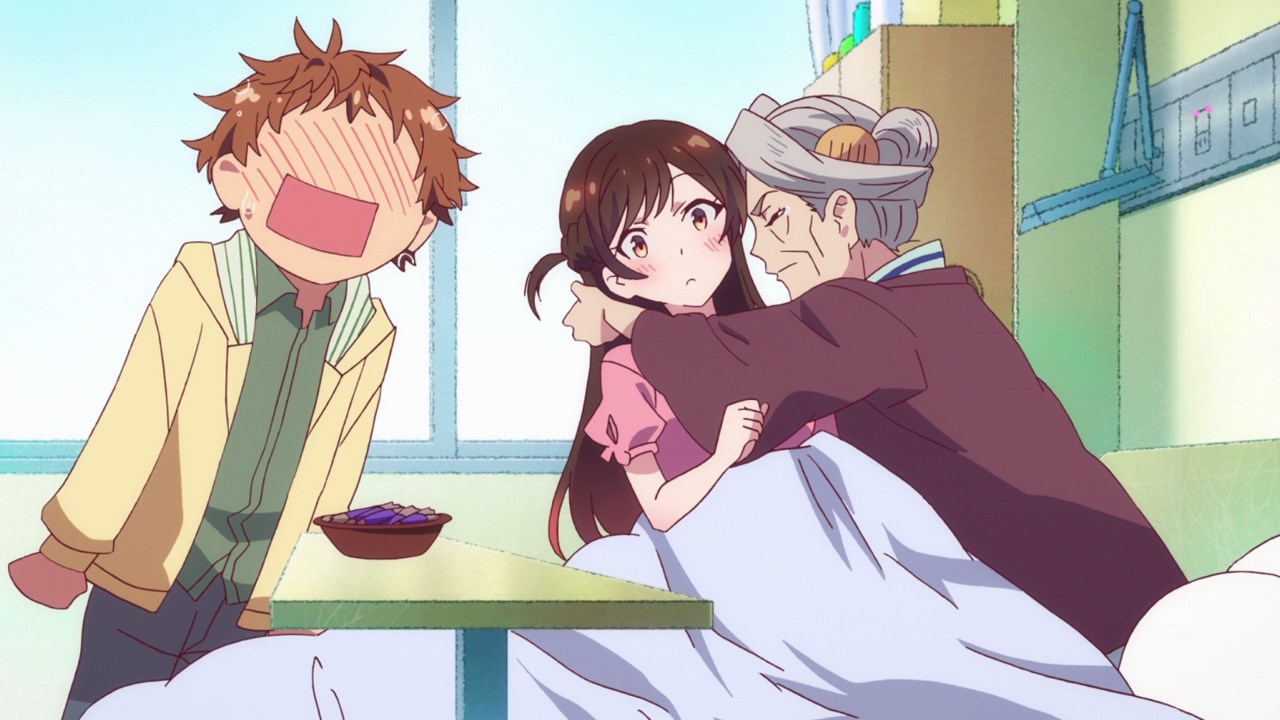 On the other hand, it appears that his grandma is happy that Kazuya got a girlfriend, even though he only got a rental one.

Um Kazuya, just tell your grandma that Chizuru is not your real girlfriend because she’s a rental girlfriend and you’ve wasted your precious money on her. 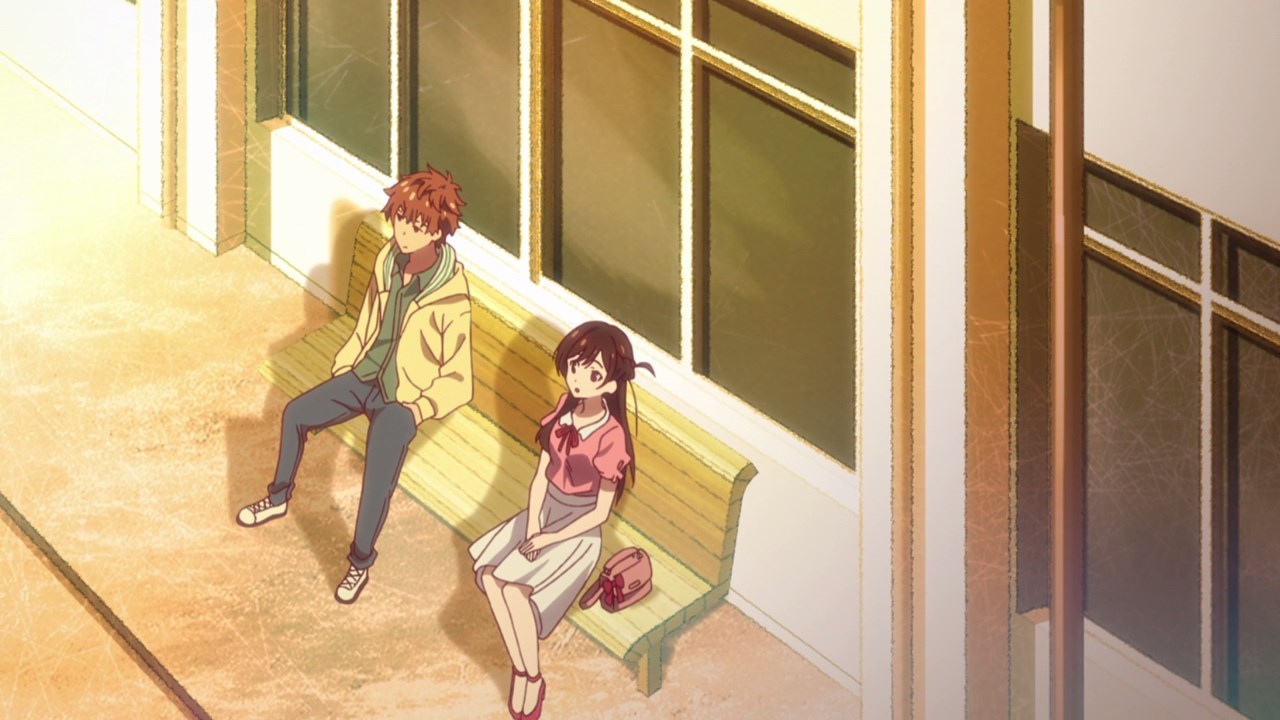 Well then, looks like Chizuru is done with her charade as Kazuya’s girlfriend as she decides to take the money, apologize to Kazuya for toying his heart, and leave.

Of course, Kazuya will get the ire of his family once he told them that he broke up with his girlfriend. Really Kazuya, you suck! 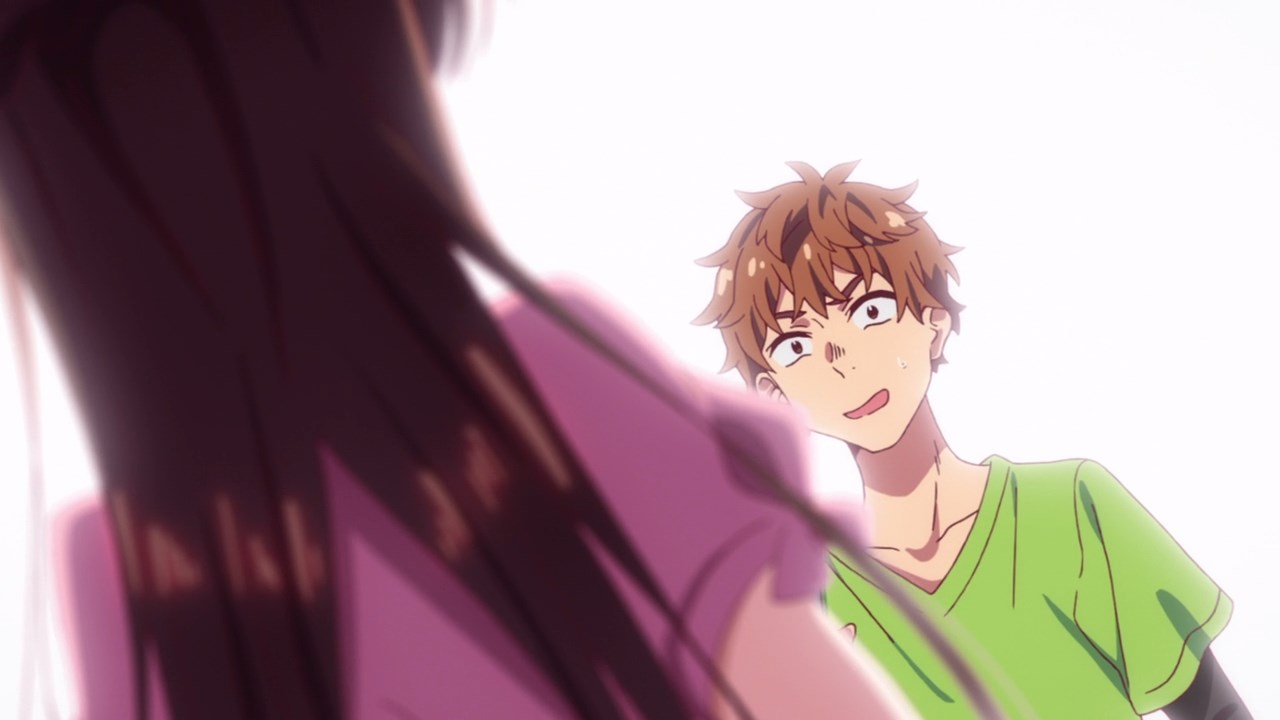 But the next day, it appears that Kazuya Kinoshita reunited with Chizuru Mizuhara at the school campus. 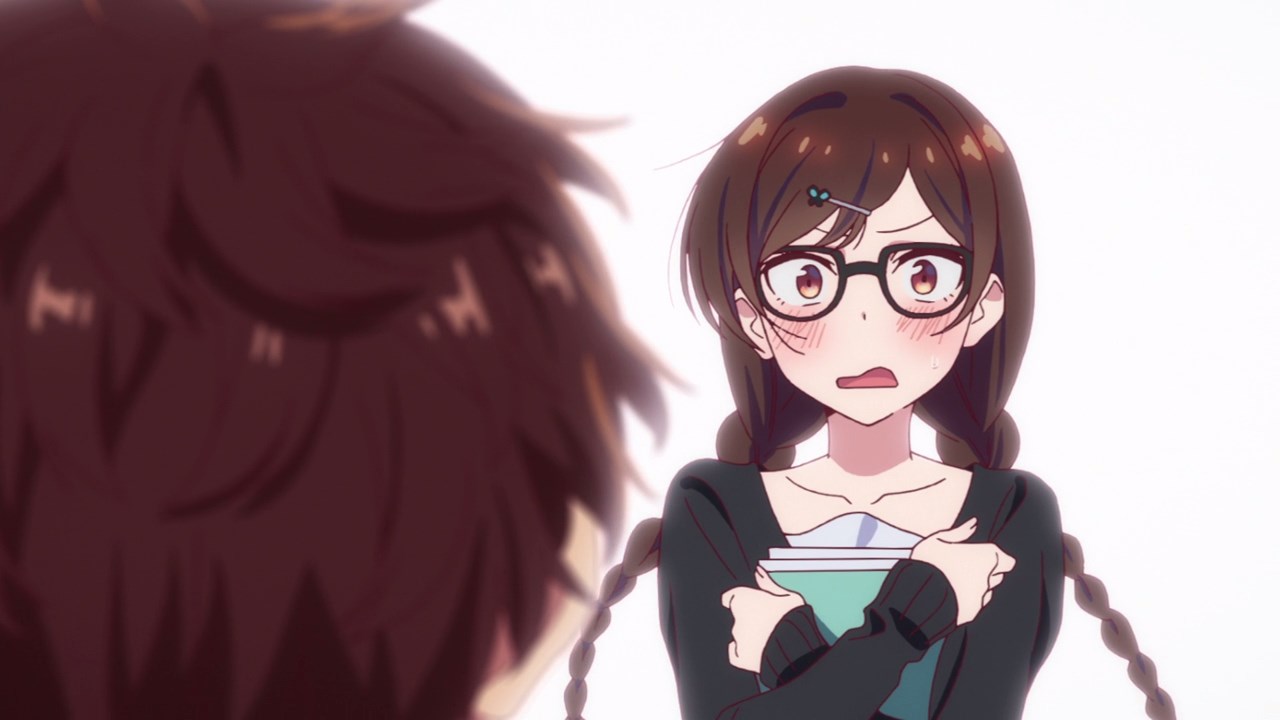 Except that Chizuru looked like a dork rather than a cutie. Man, what an awkward way to end this first episode of Kanojo, Okarishimasu.

Well then, it looks like I have to watch Kazuya fail in his love life on the next episode ’cause he might call Chizuru out for being a rental girlfriend. I can’t wait for his meltdown!