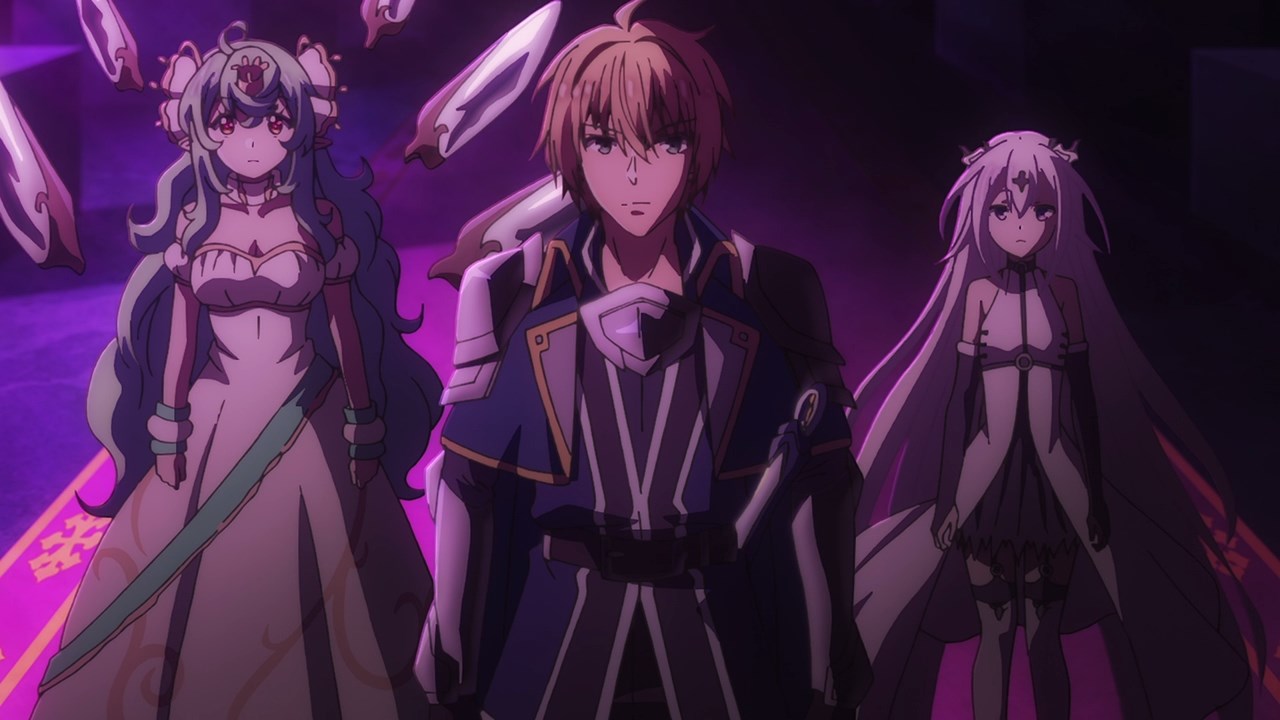 Let’s start this episode with a flashback where Kanon and his party are here to defeat the demon lord in order to achieve peace across the land. Typical heroic stuff as Kanon is the designated Hero. 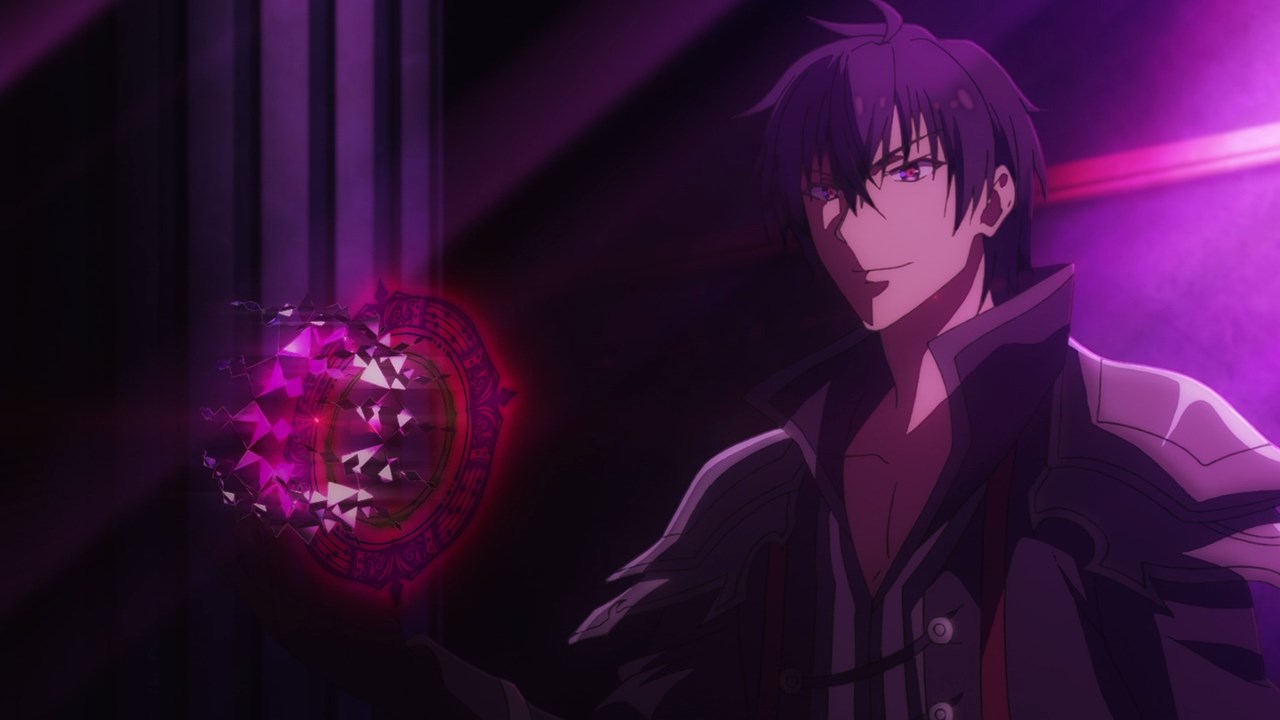 Of course, there’s Anos Voldigoad where he warned Kanon that defeating him won’t achieve peace as humans will start fighting each other because they’re warmongering assholes. So, Anos made a peace proposition to Kanon where all beings, from humans to demons, will be separated and put up a wall among realms so that no one will cross it and spark another meaningless war.

However, there will be sacrifices as Anos told Kanon and his party to channel all of their magic to him in order to create a powerful spell that would close the realm between demons, spirits, and humans. And how will this demon lord do it? 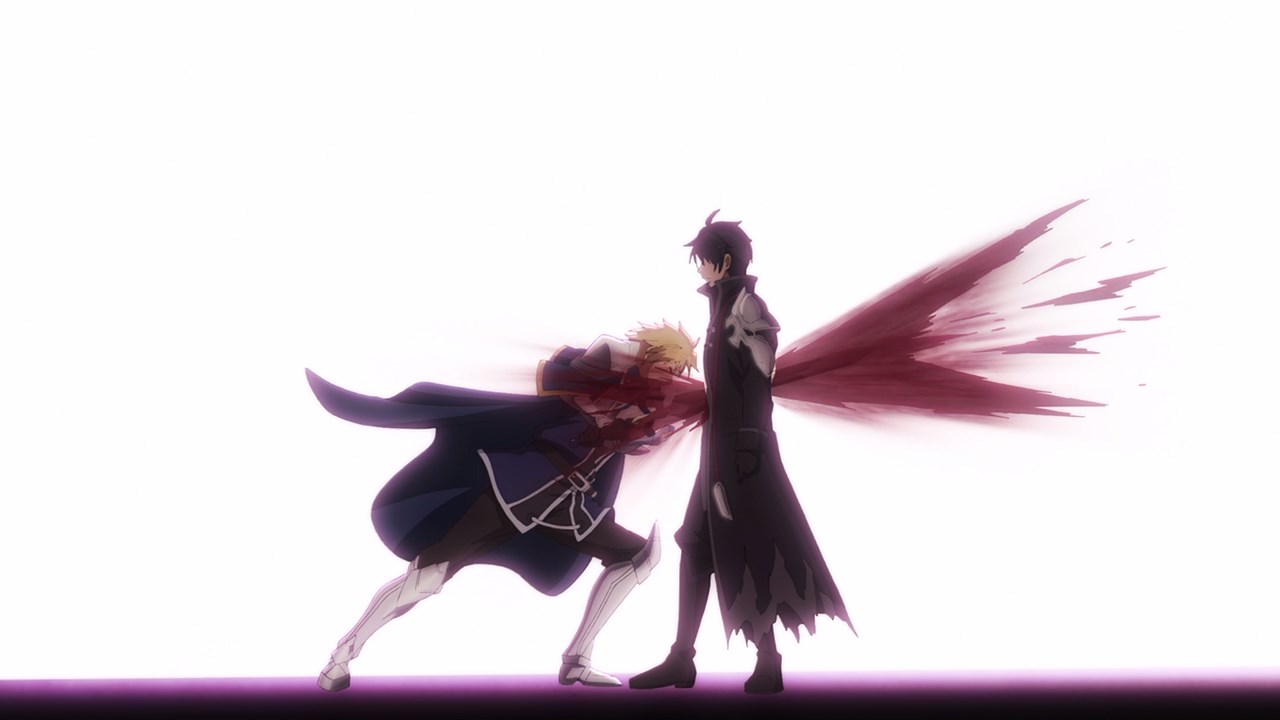 Simple, he’ll just let this hero kill him in order to activate the powerful spell. And that’s the end of Anos Voldigoad’s reign as the demon lord, although he’ll return in two thousand years down the line.

Unfortunately for Anos, no one will remember his legacy ’cause some impostor named Avos Dilhevia took the reign as the Demon Lord of Tyranny. And it’s no wonder why everyone has a low proficiency in magic because they’re descended from the wrong demon lord. 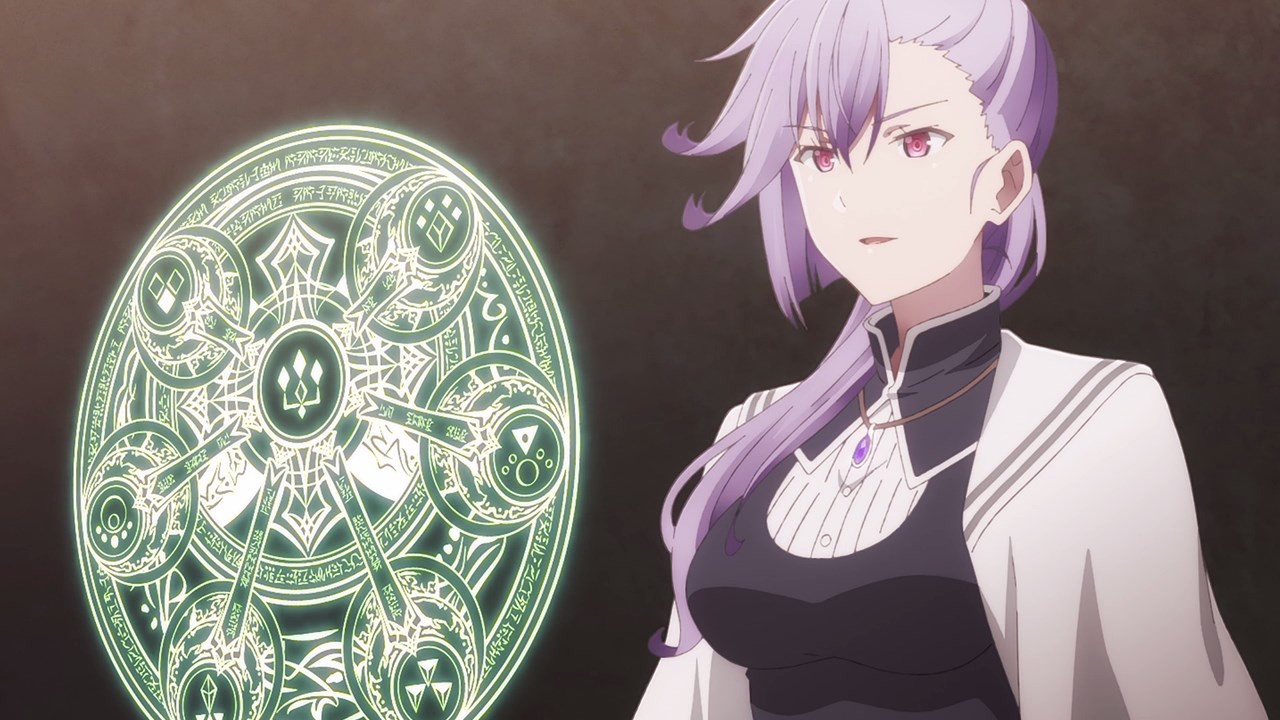 But let’s go to the present where I introduce you to Emilia Ludowell, the homeroom teacher of Class 2 where she told everyone that there will be an activity where two teams will fight in order to test their skills in leadership and teamwork.

Unfortunately, only those who are descended from the demon royalty, especially purebloods, can use the troop magic known as Gyze. This means that lower-ranked students can’t become leaders or Kings. 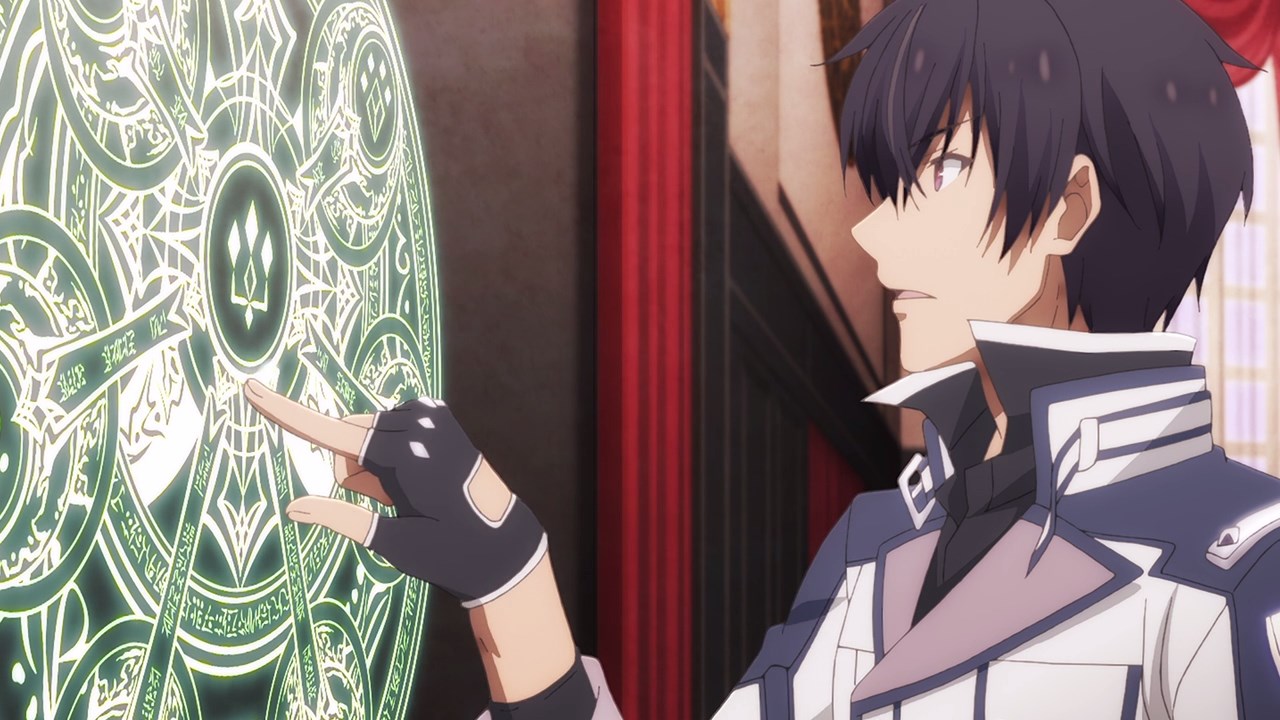 Well, except for Anos Voldigoad where he breaks the rules by adjusting the magic circle as the original Gyze spell has flaws. Come to think of it, he’s like Tatsuya Shiba but far more cocky than the reserved Irregular.

In any case, Emilia Ludowell allowed Anos Voldigoad to become a King and lead his team, although none of them will sign up for him except for Misha Necron. 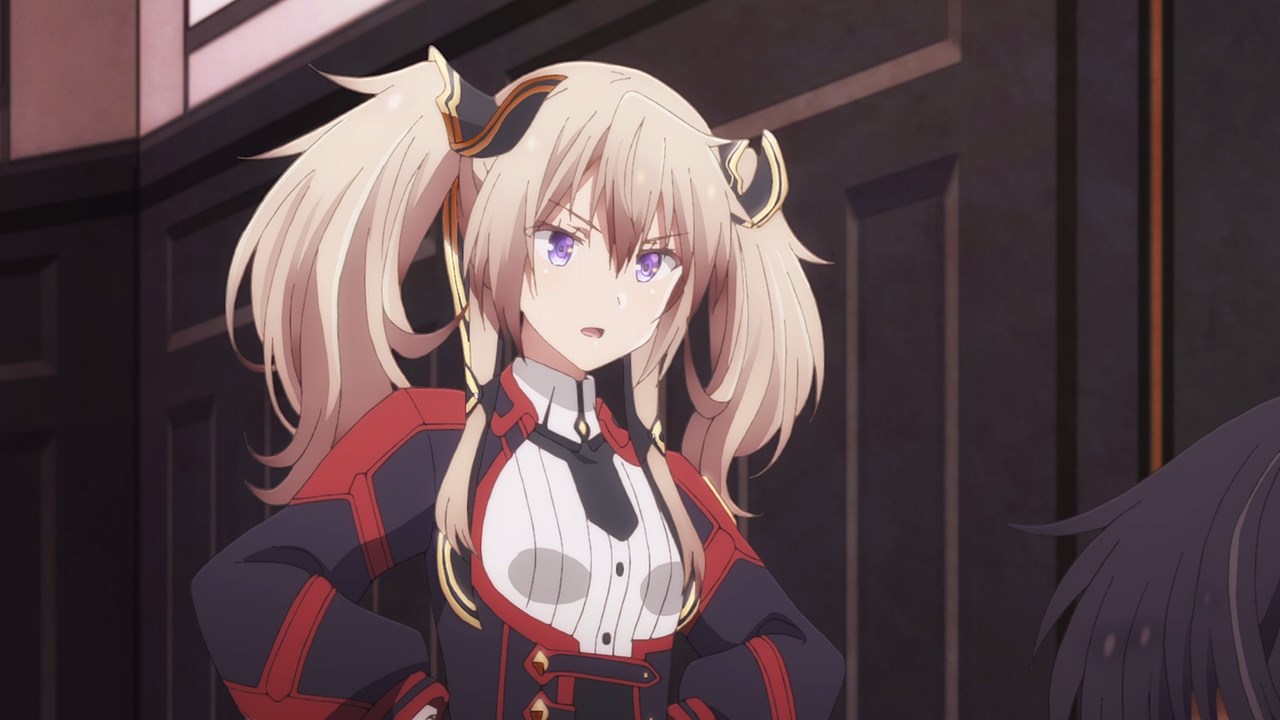 But his actions got the ire of one pure-blood demon named Sasha Necron, Misha’s older sister who doesn’t like a hybrid mongrel like Anos Voldigoad taking the spotlight.

Oh and speaking of Misha, Sasha treats her very badly because she considers Misha as a deeply-flawed doll with no emotion nor will to think for herself. Really Sasha, you’re gonna make Anos very angry for berating Misha. 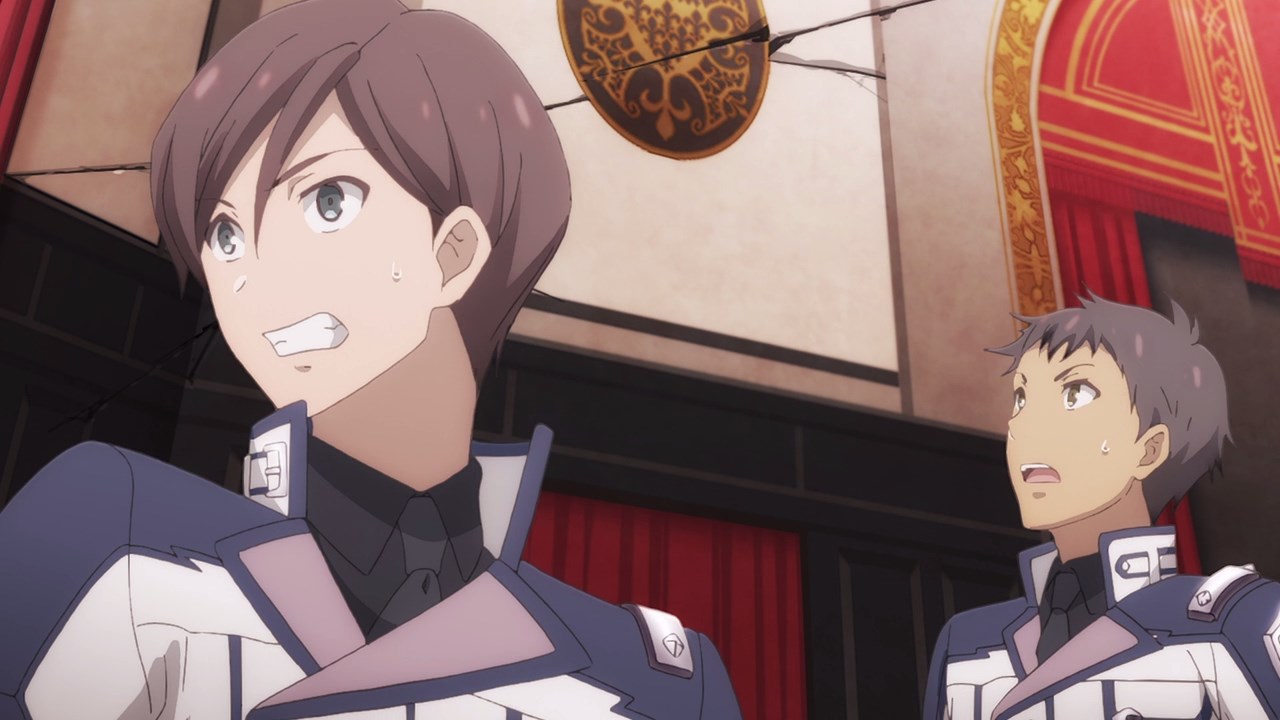 Of course, Sasha doesn’t care as she uses her Demonic Eyes of Destruction to destroy the classroom. Who cares if someone died from fallen debris for as long as she teaches Anos a hard lesson. 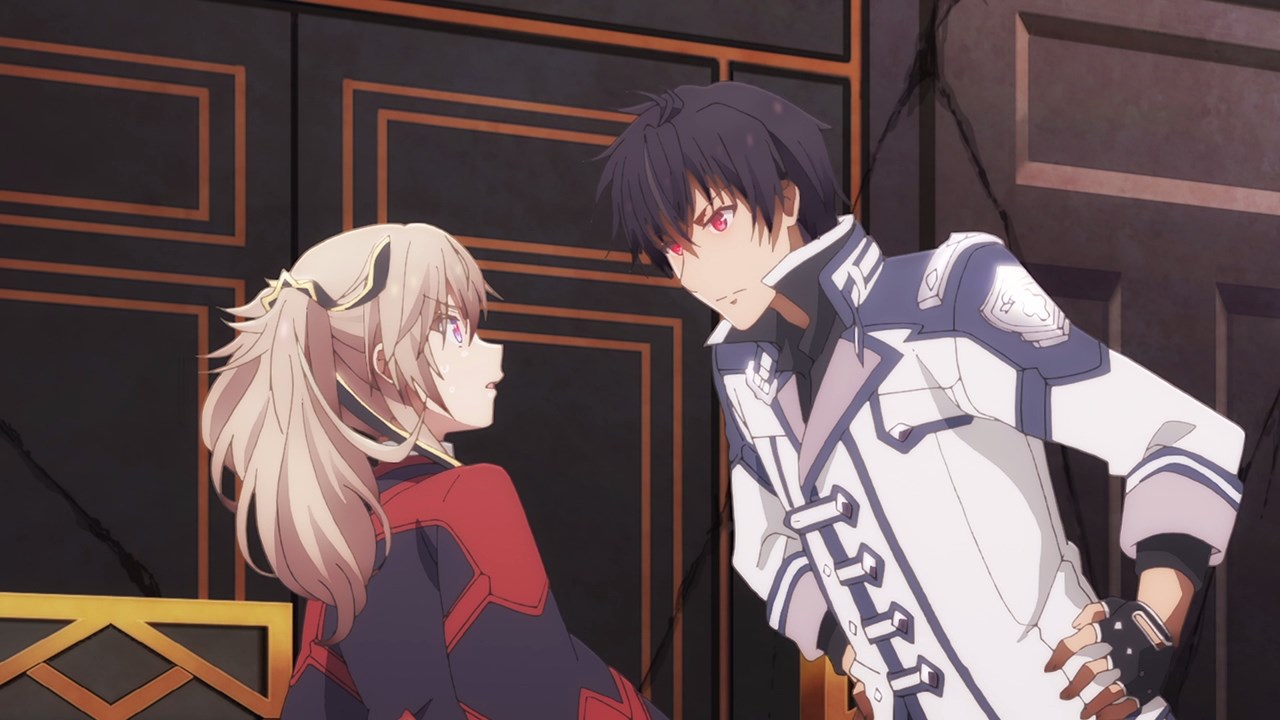 Except that it was Anos Voldigoad who teaches Sasha Necron not to use magic for petty squabbles as he stops her demonic eyes just by looking at it.

Well then, looks like Sasha will have to challenge Anos to a duel where the loser will become the slave to the winner, although I doubt that Sasha will win against Anos. 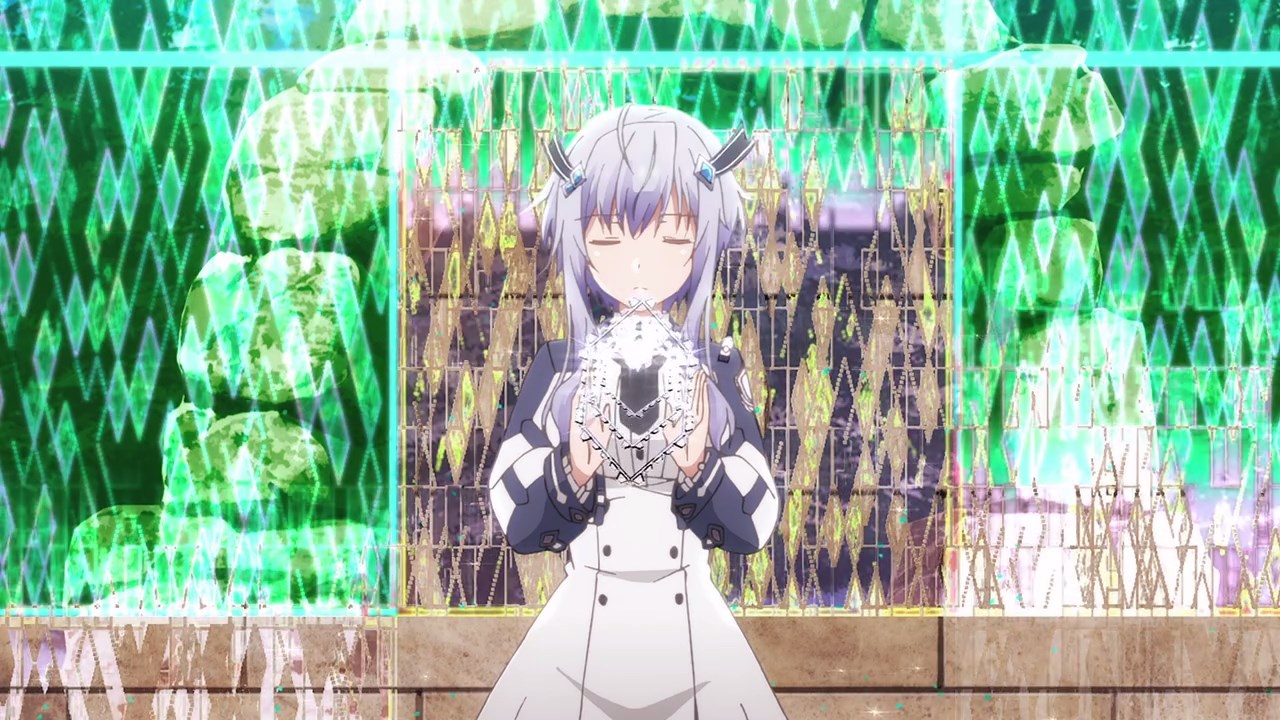 Anyways, let’s begin where Misha Necros casts Iris which is a barricading spell that protect her and Anos Voldigoad. 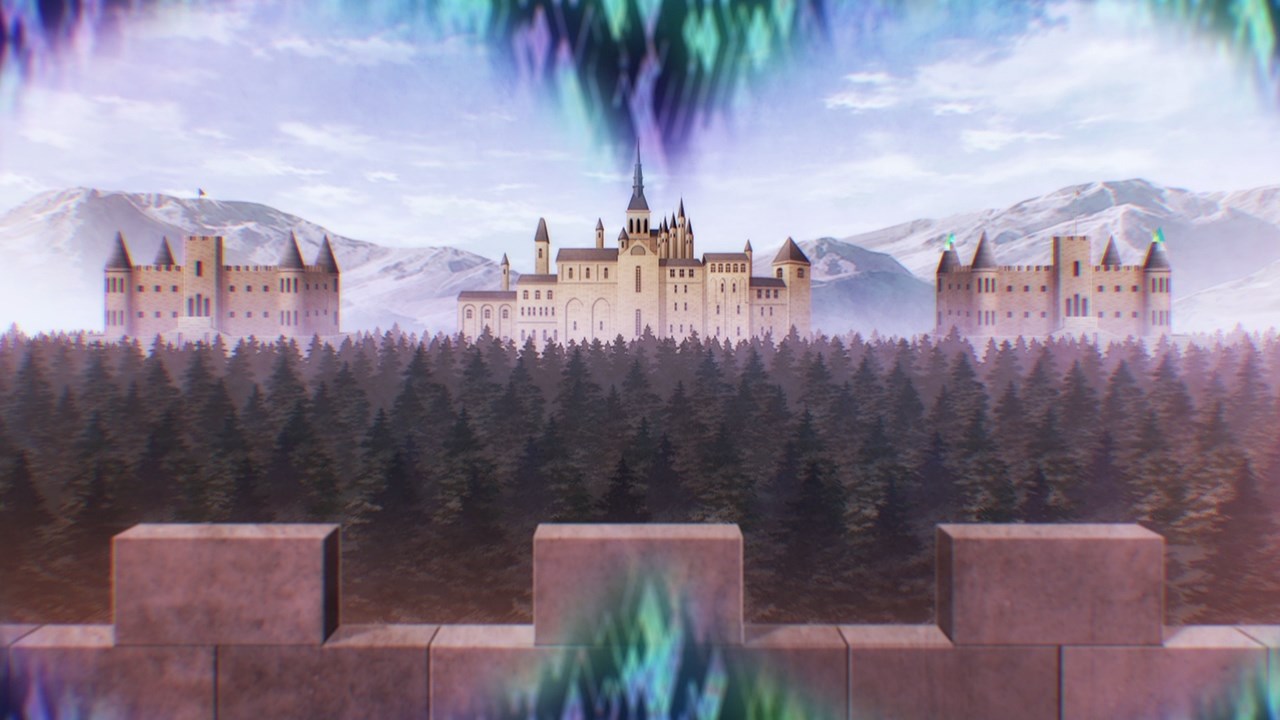 Then again, it looks like Misha created 3 castles where two of them are dummies. While it’s impressive that she can make castles out of thin air, Sasha and her team will just destroy them regardless. 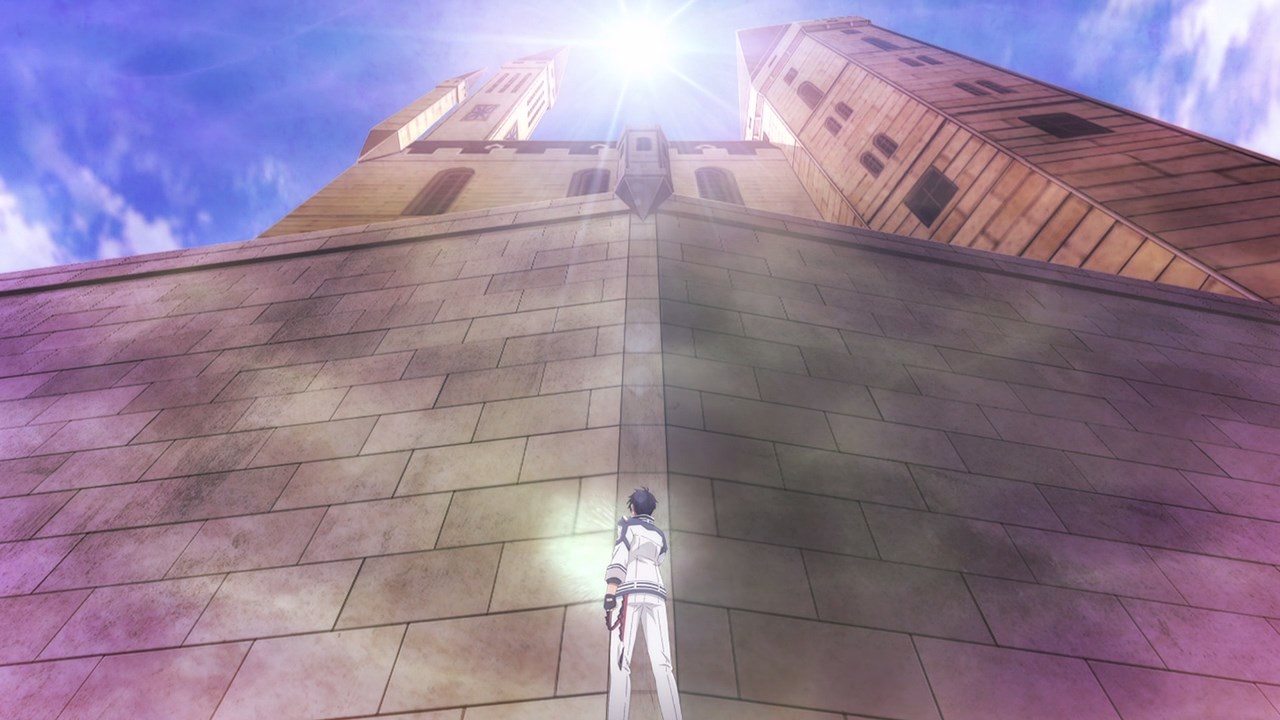 Well, the only thing that she needs to worry about is Anos Voldigoad where he quickly teleported to her castle. Now, I’m curious on what he’ll do next. 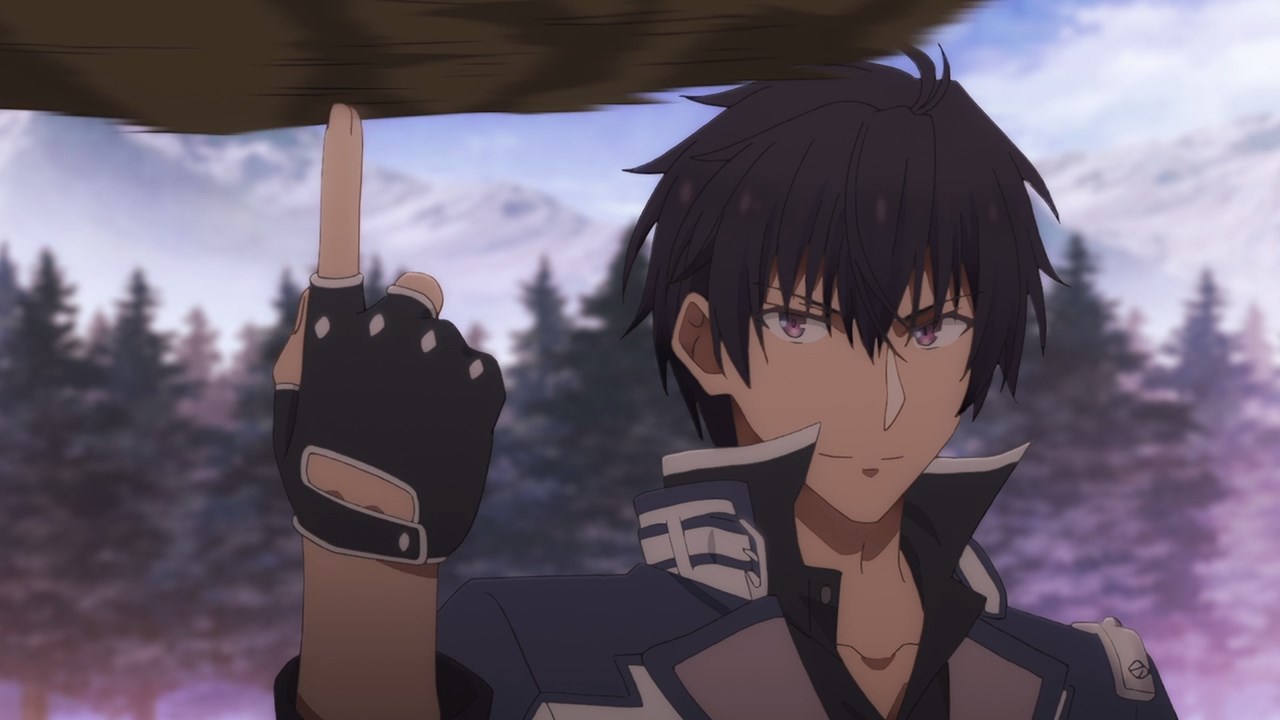 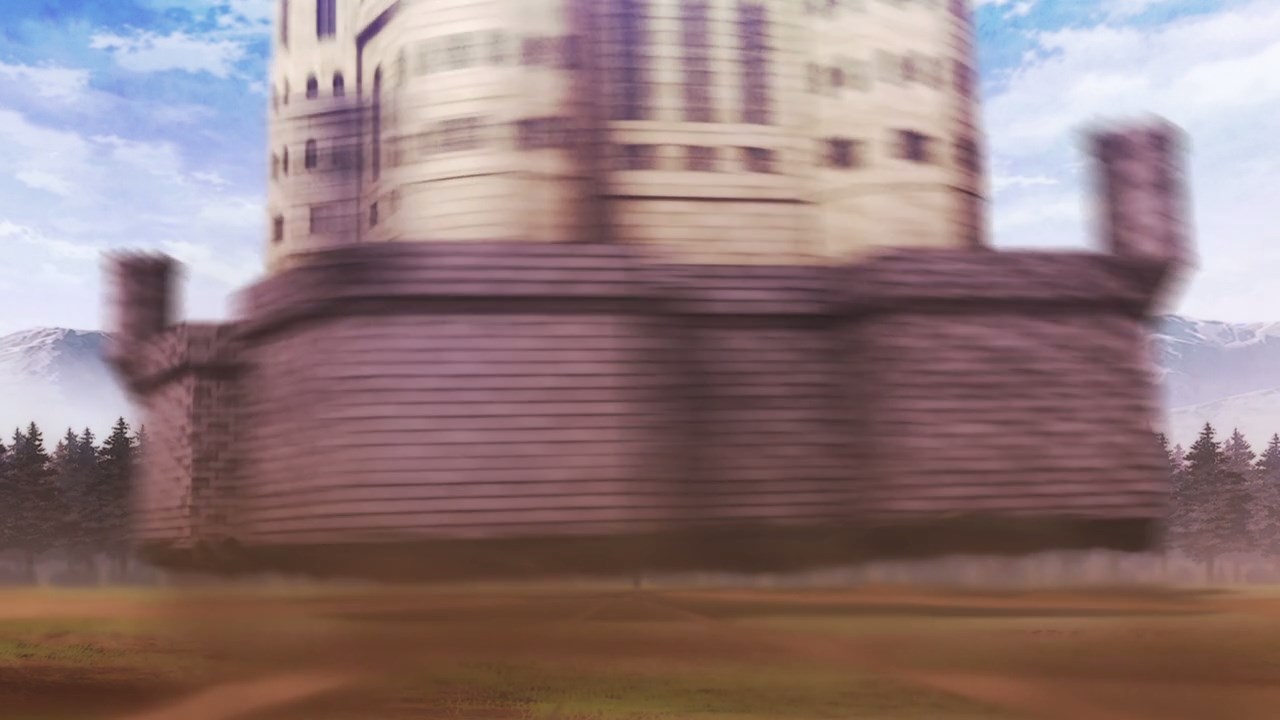 Well, Anos lifted Sasha’s castle like it was nothing for him and spin it around like a basketball! I bet that Sasha and her team are getting dizzy after being spun around. 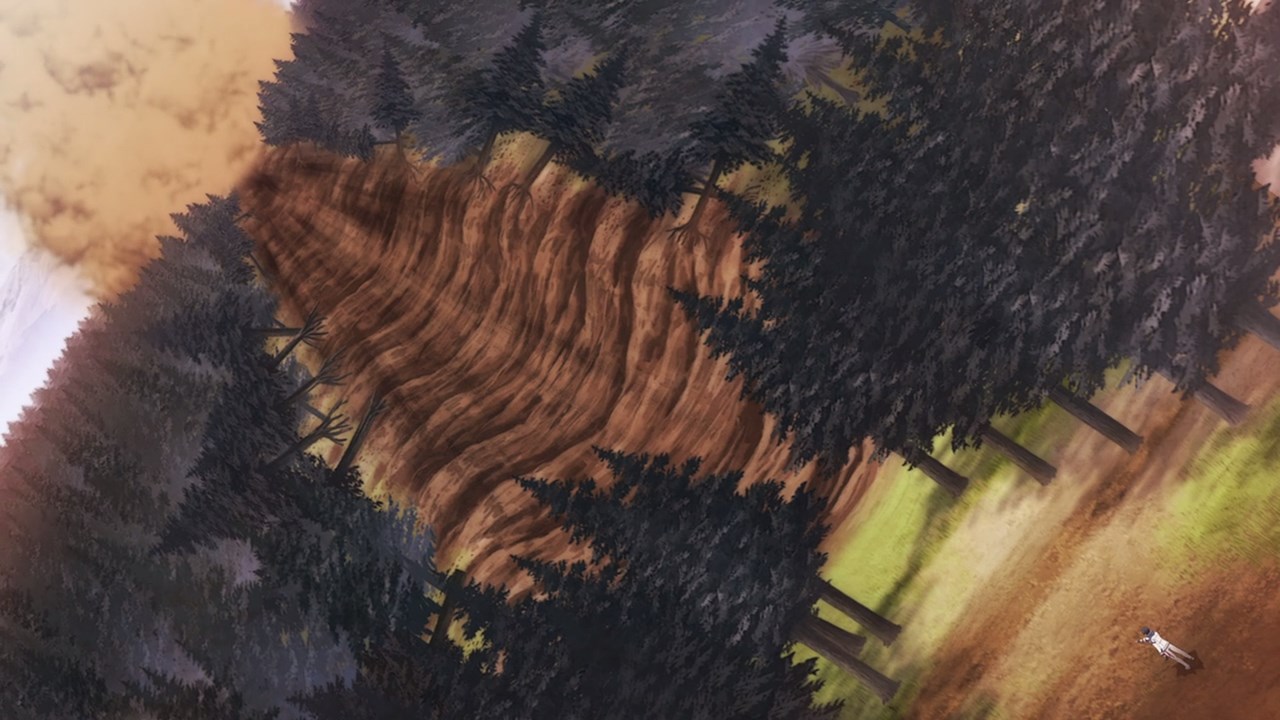 But once he’s done playing with them, Anos throws Sasha’s castle so hard that it’s completely destroyed once it landed to the forest. Looks like Sasha Necron has lost, right? 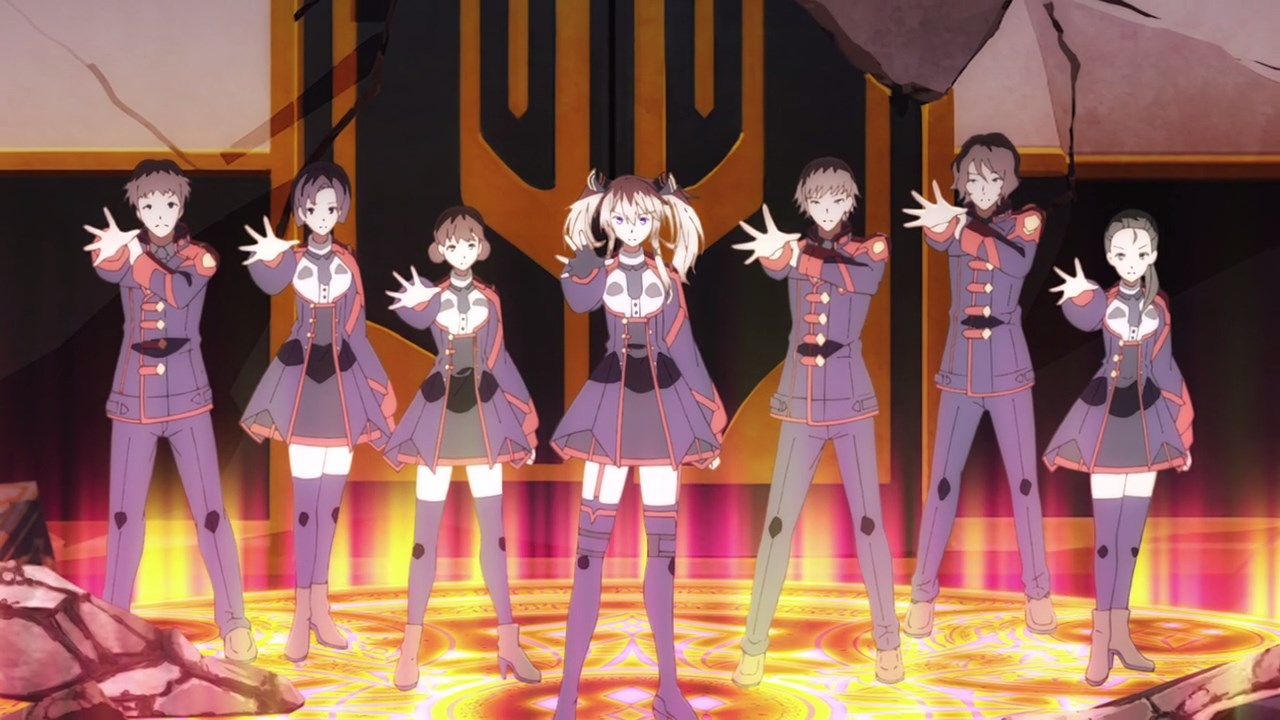 Nah, as if she’ll conceded to Anos Voldigoad that easily as Sasha and her teammates are casting a powerful fire magic called Jio Graze… 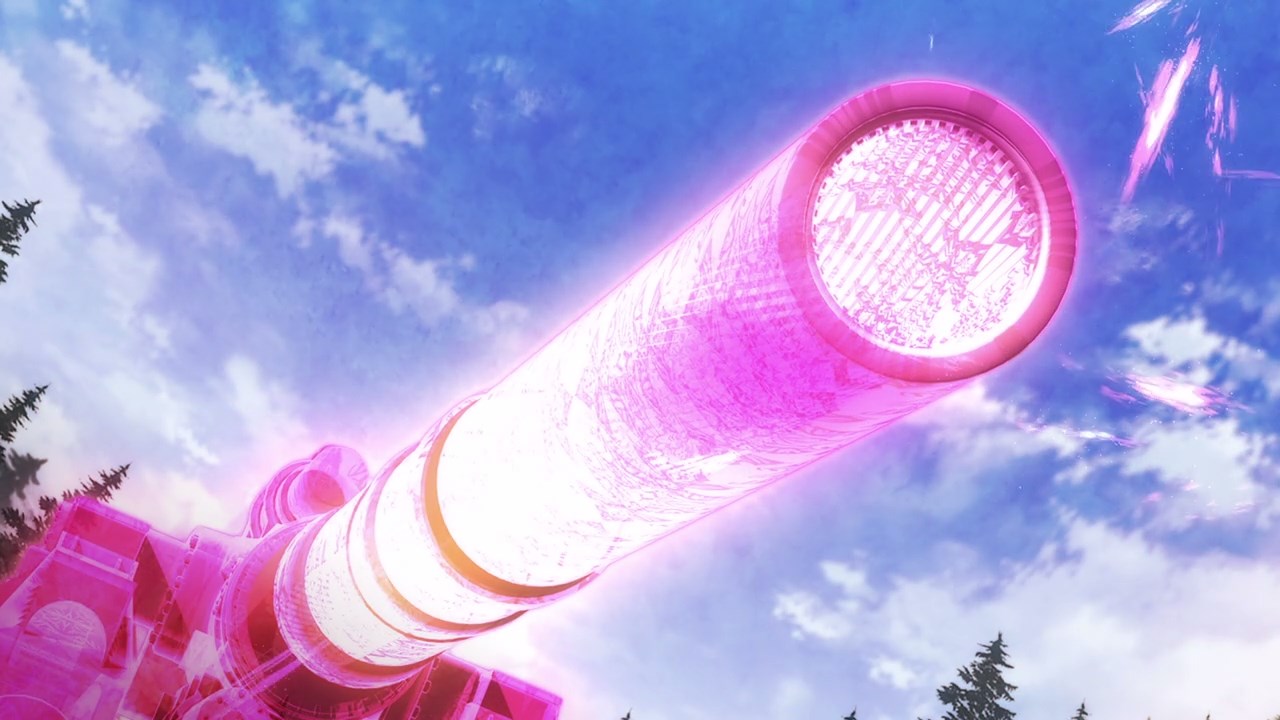 …which is basically a giant astral cannon that fires a powerful explosive beam. Of course, no other demon would tank that magic and live to tell the tale. 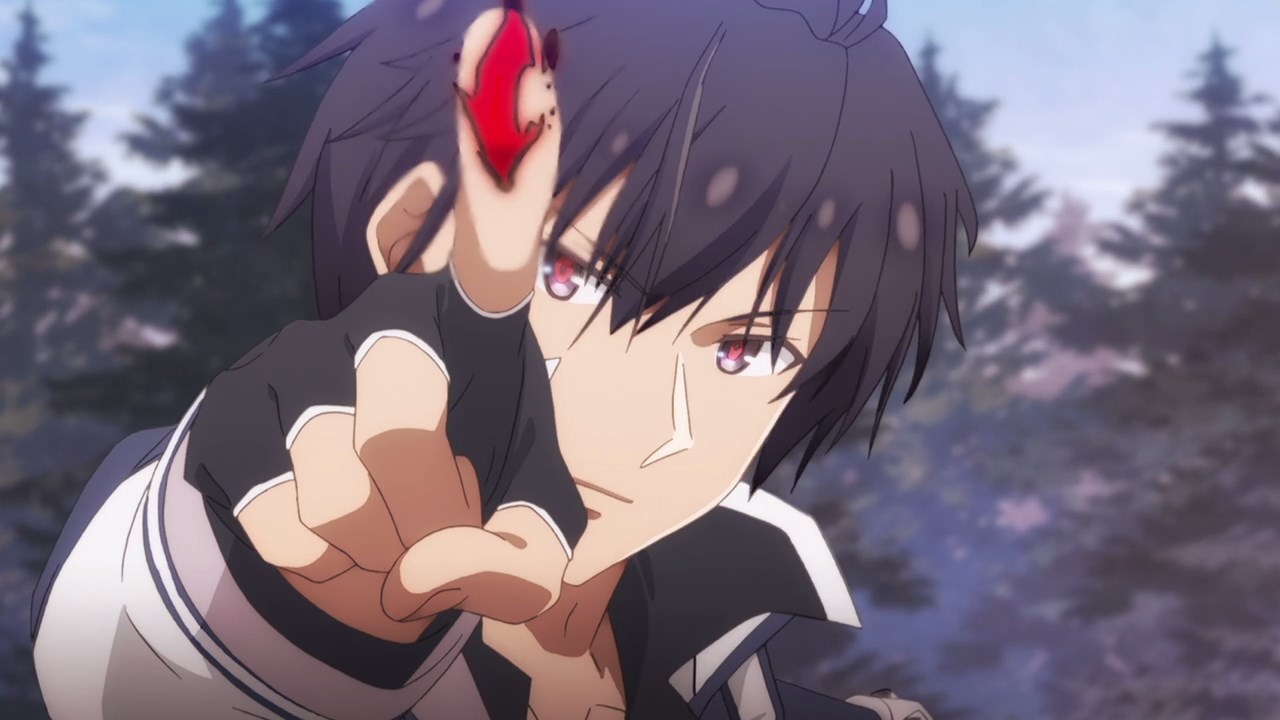 Except for Anos of course where he uses a low-level fire magic Grega against Sasha’s team. All he needed to do is flick his index finger… 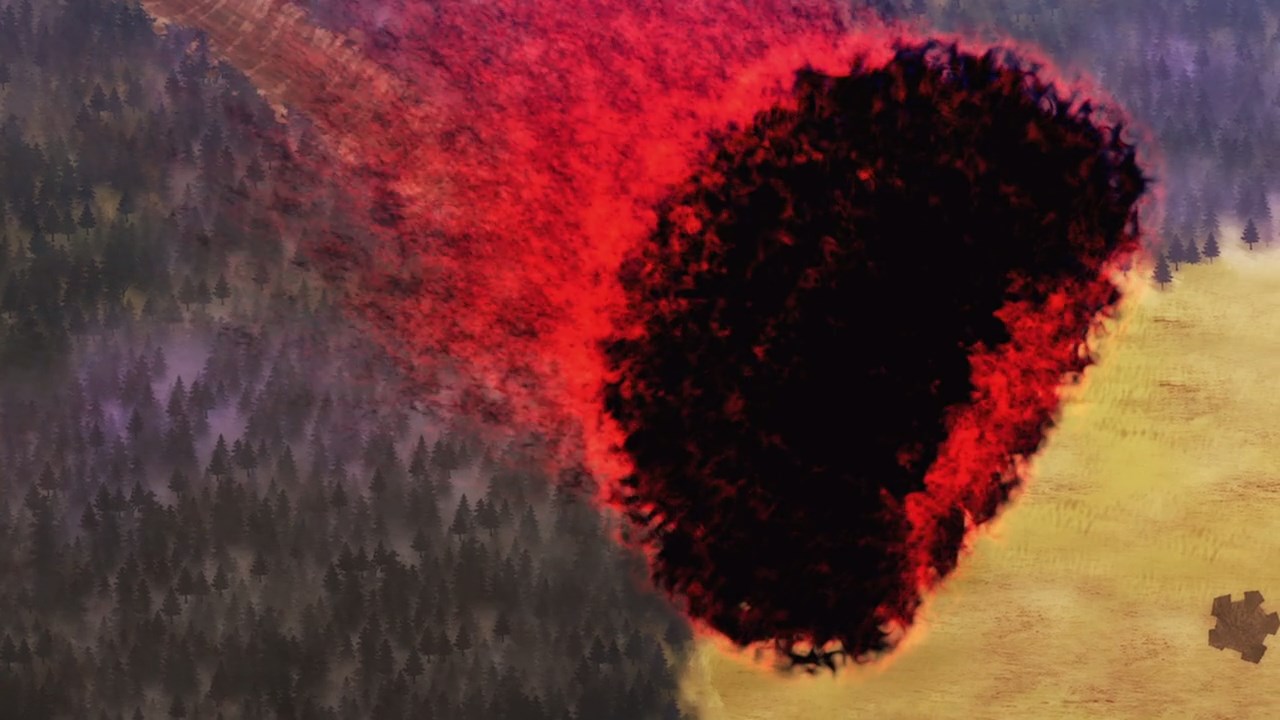 …and fire away as Anos’ Grega obliterates Jio Graze like an high-explosive armor-piercing round. 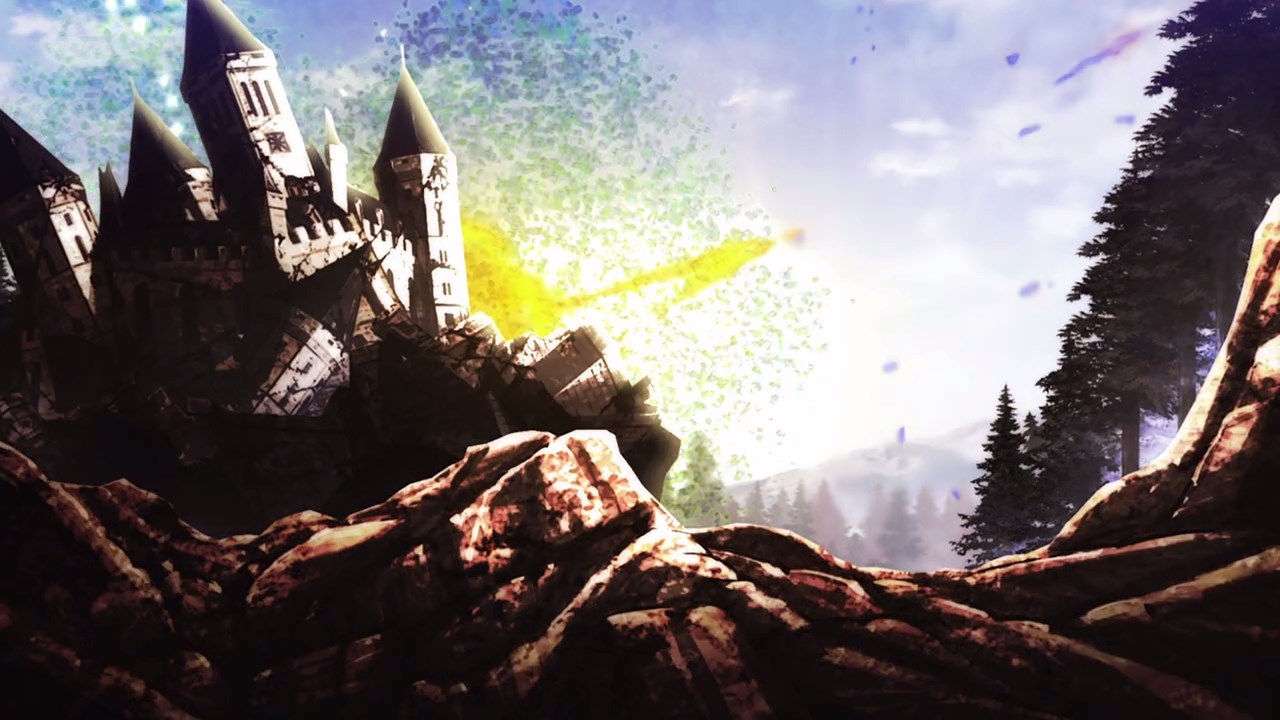 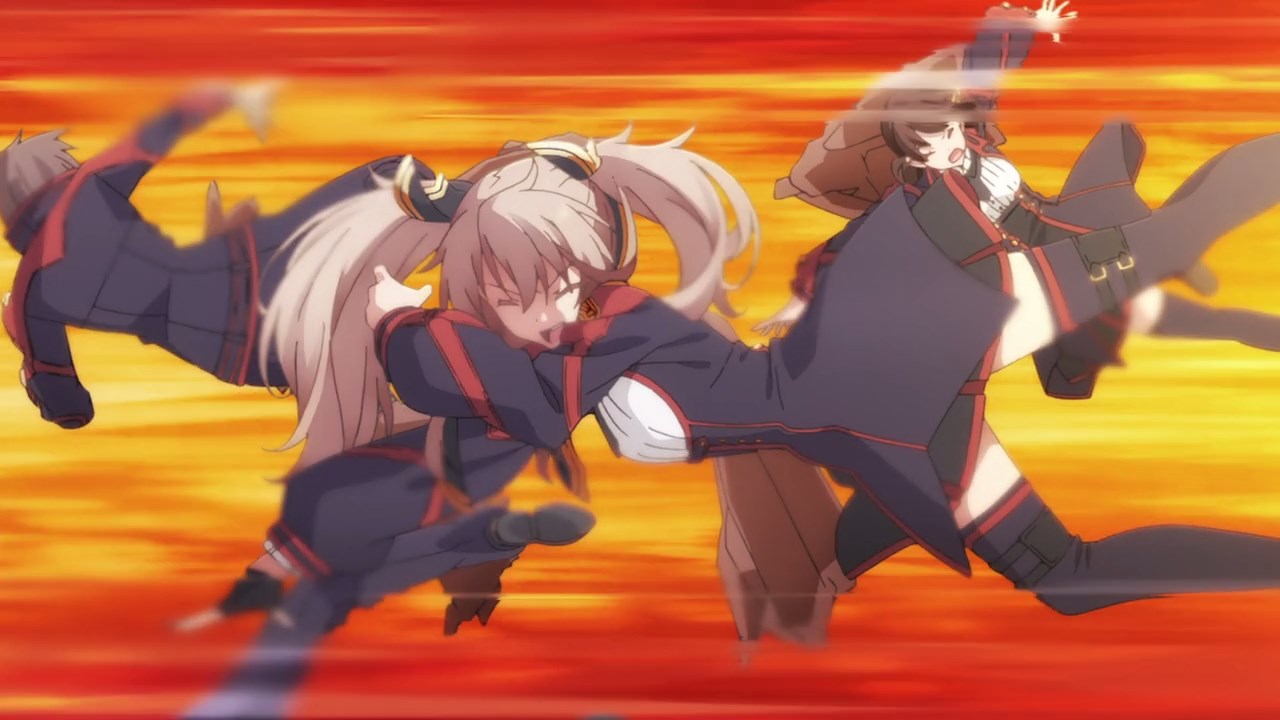 Oh, and blows Sasha and her team away as a measly fire magic destroyed their powerful spell that took minutes to cast. Looks like Anos Voldigoad is the winner! 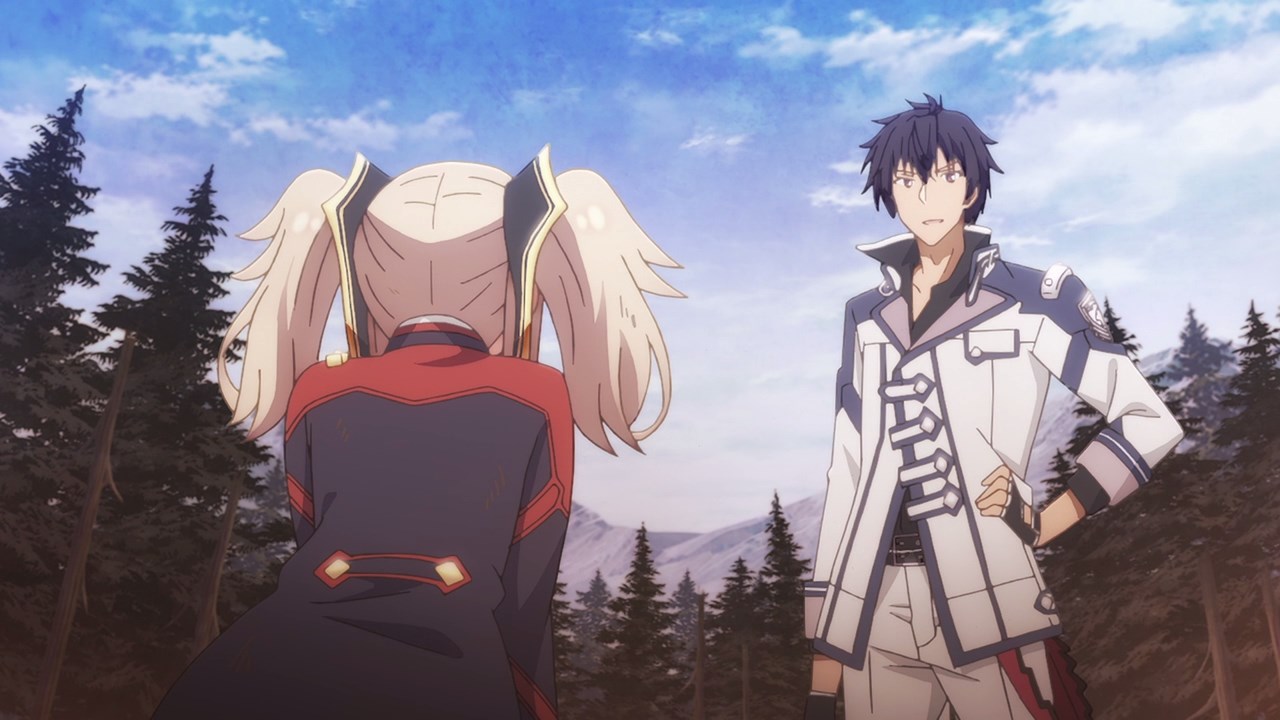 Anyways, here’s the winner as Anos ordered Sasha to reconcile with Misha because he doesn’t want siblings fight each other. 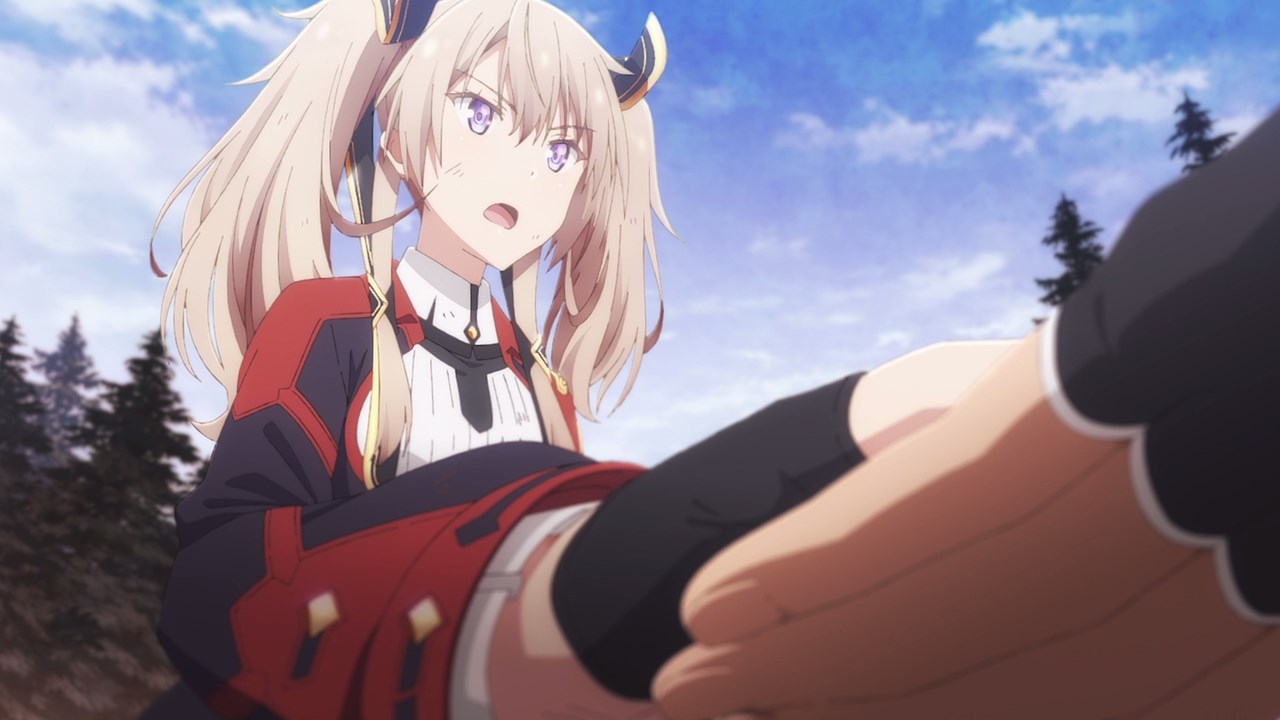 And while she’ll reconcile with Misha, Sasha won’t acknowledge Anos as she’ll get stronger until she kills him.

Then again, Anos will come back from the dead because he’s the demon lord where death is just child’s play to him! Well then, I guess we’re done here on this episode. 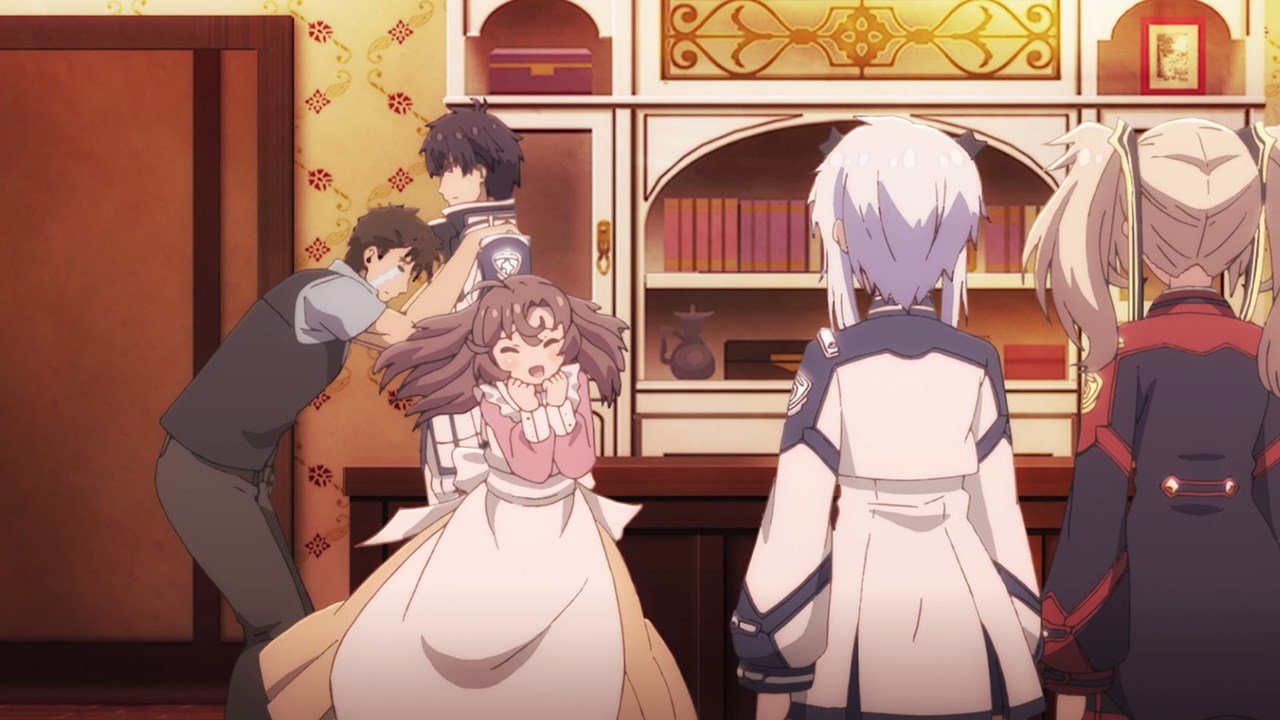 Well actually, we’re not yet done because Anos’ parents are happy that their son is getting a harem. Sure that he’ll be surrounded by pretty girls, but Anos has other plans for the future! 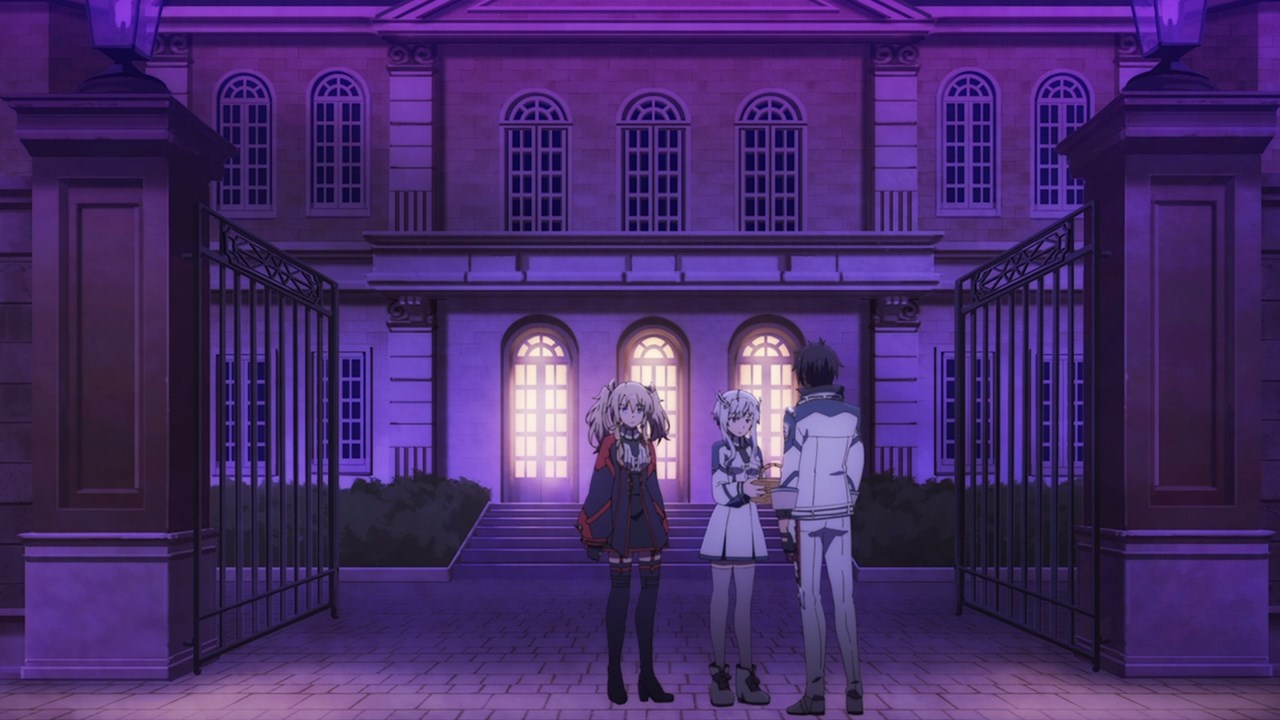 And so, we end this episode where Sasha and Misha Necron went home. I hope they’ve reconciled their differences. 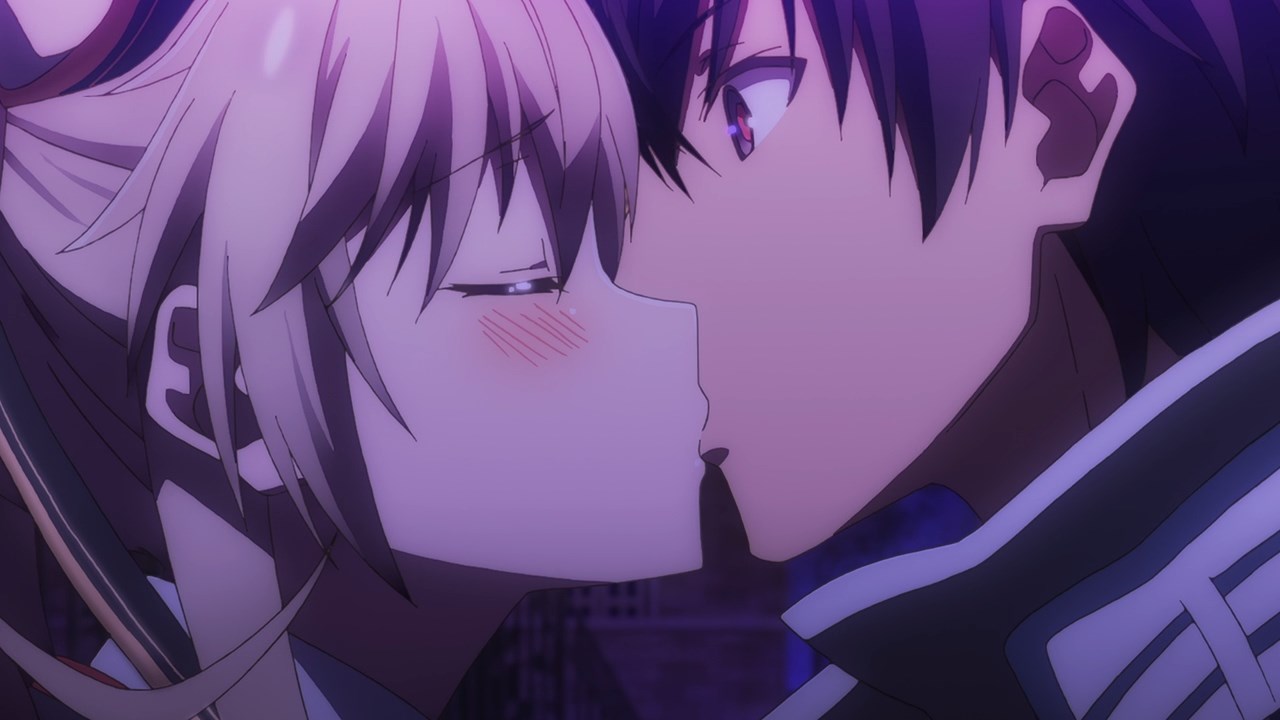 On the other hand, looks like Sasha kissed Anos in the lips, which begs the question on whether she’ll betray him or it’s just that Sasha is having feelings for that misfit demon lord. I guess we’ll find out next time as Anos Voldigoad continues to be the thorn to various demons across the realm.

One last thing before I go, I’m very curious about Kanon or even Avos Dilhevia as they’re major characters on this anime series. What happened to the hero and how did Avos become the Demon Lord of Tyranny? Man, so many questions that it might not be addressed until the end of this show.