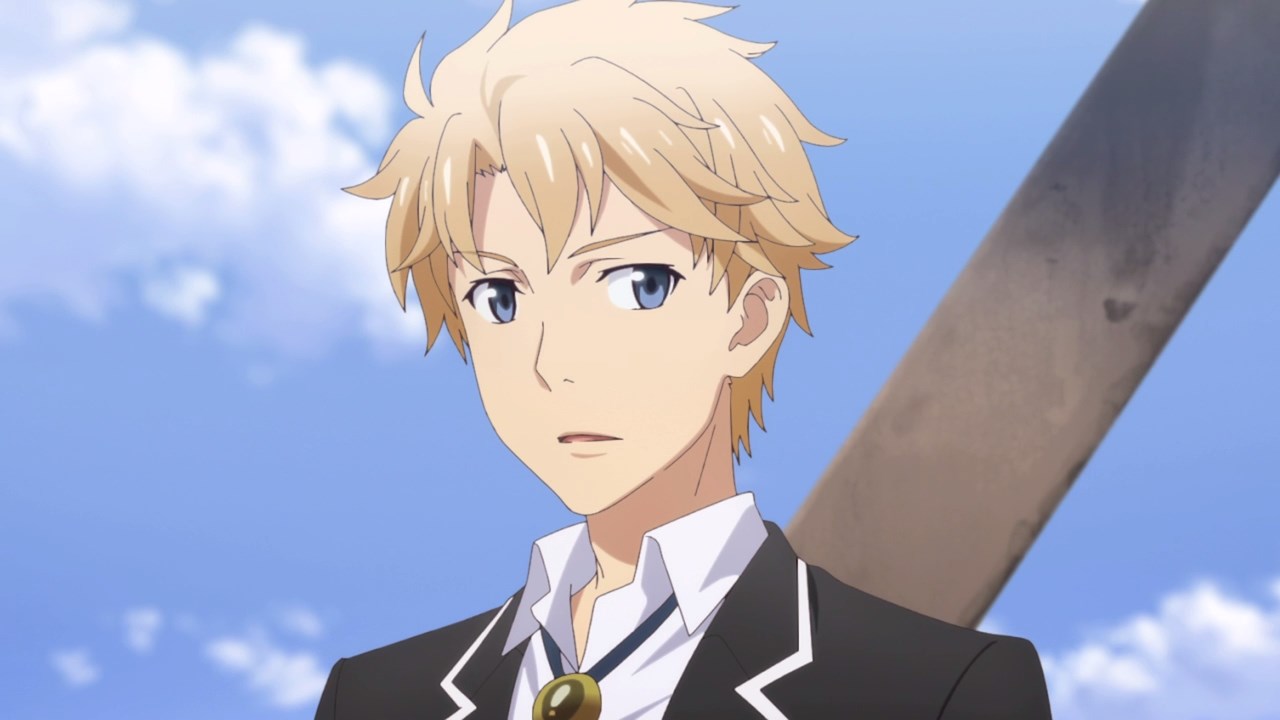 Oh look, it’s Hayato Hayama and he’s still the most popular student in Soubu High School as Hayato congratulates Hachiman Hikigaya for having his sister pass the entrance exam, although he’s still very upset towards Hachiman during the school festival nor there’s no confirmation on whether Komachi pass the exam.

By the way, I wonder what happened to Yumiko Miura and the rest of Hayato’s posse? Are they still around? Anyways, let’s move onto the second episode… 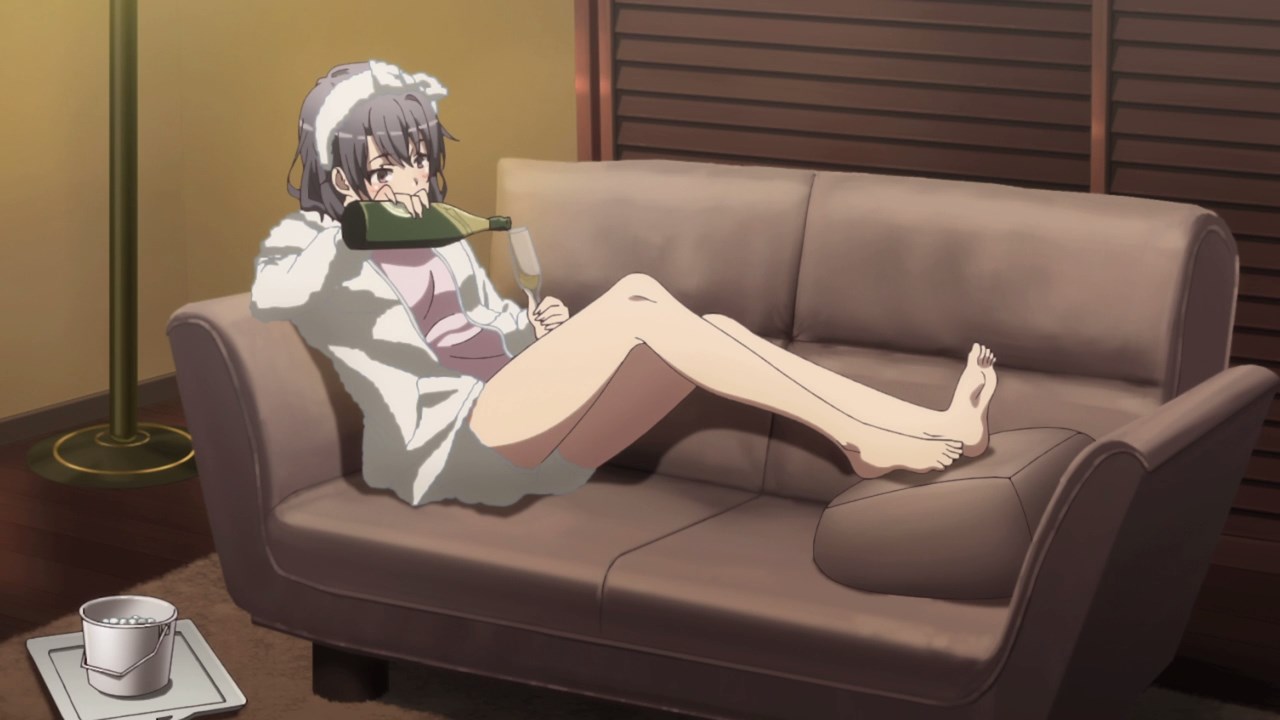 …starting with Haruno Yukinoshita where she’s ready to listen to Yukino’s words while pouring a glass of wine. Haruno-san, are you trying to set a mood by being sobered-up? 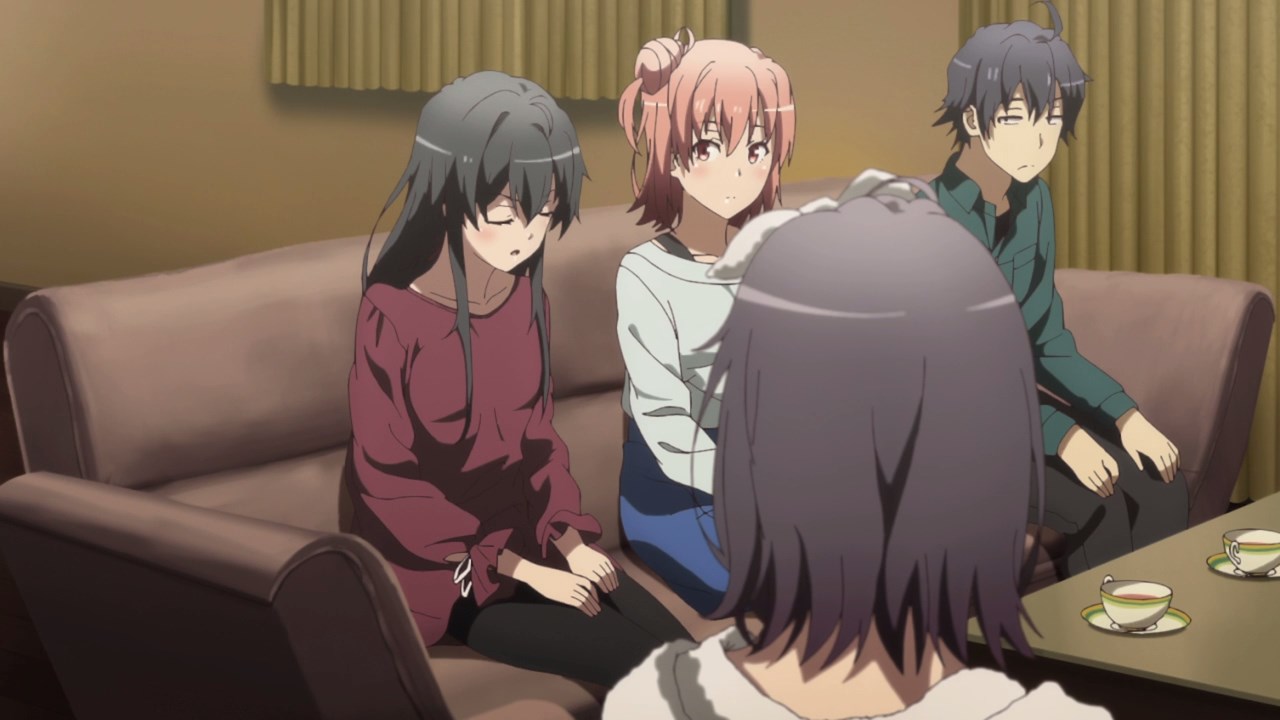 Anyways, Yukino asked Haruno to help her on convincing their mother in regards to her future plans. Then again, I don’t know what they discussed nor what their mother is thinking about Yukino’s plans after high school.

Regardless, I hope that things will go smoothly between Yukinon and her mother as she’ll return home with Haruno-san helping her out. 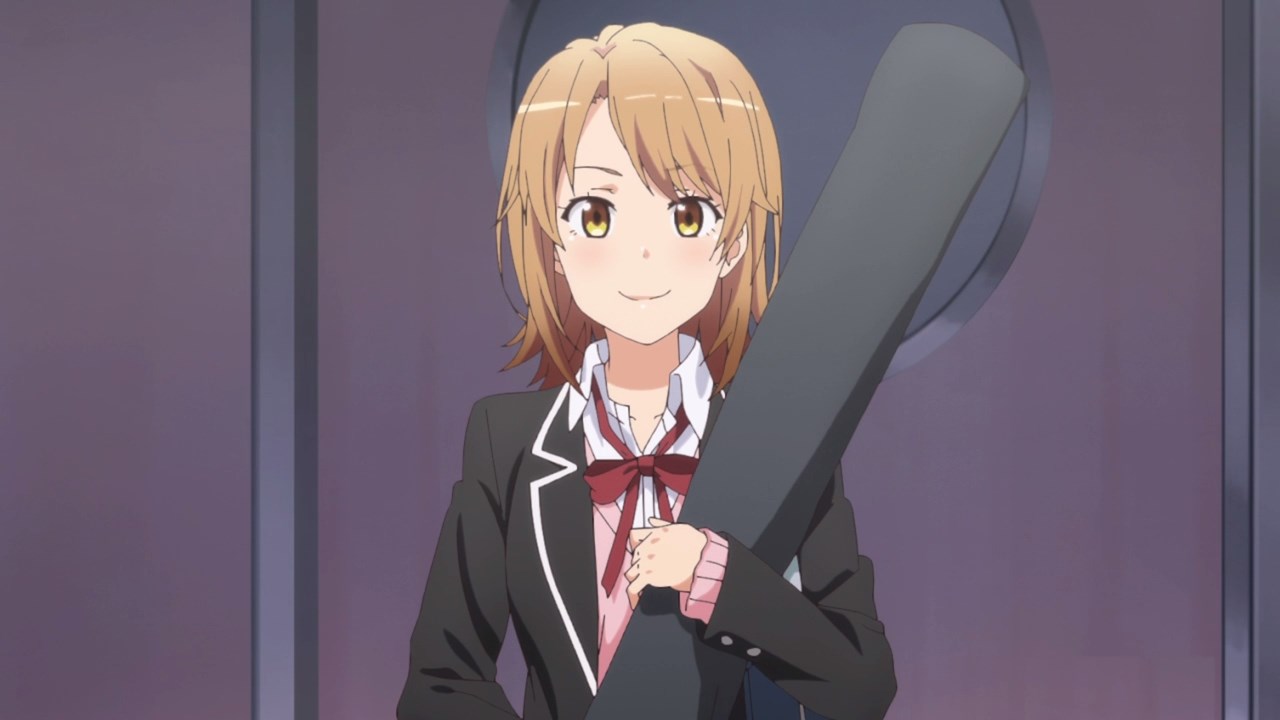 On the other hand, here’s Iroha Isshiki where she went to the Service Club to show something interesting to Yukinon and the rest. 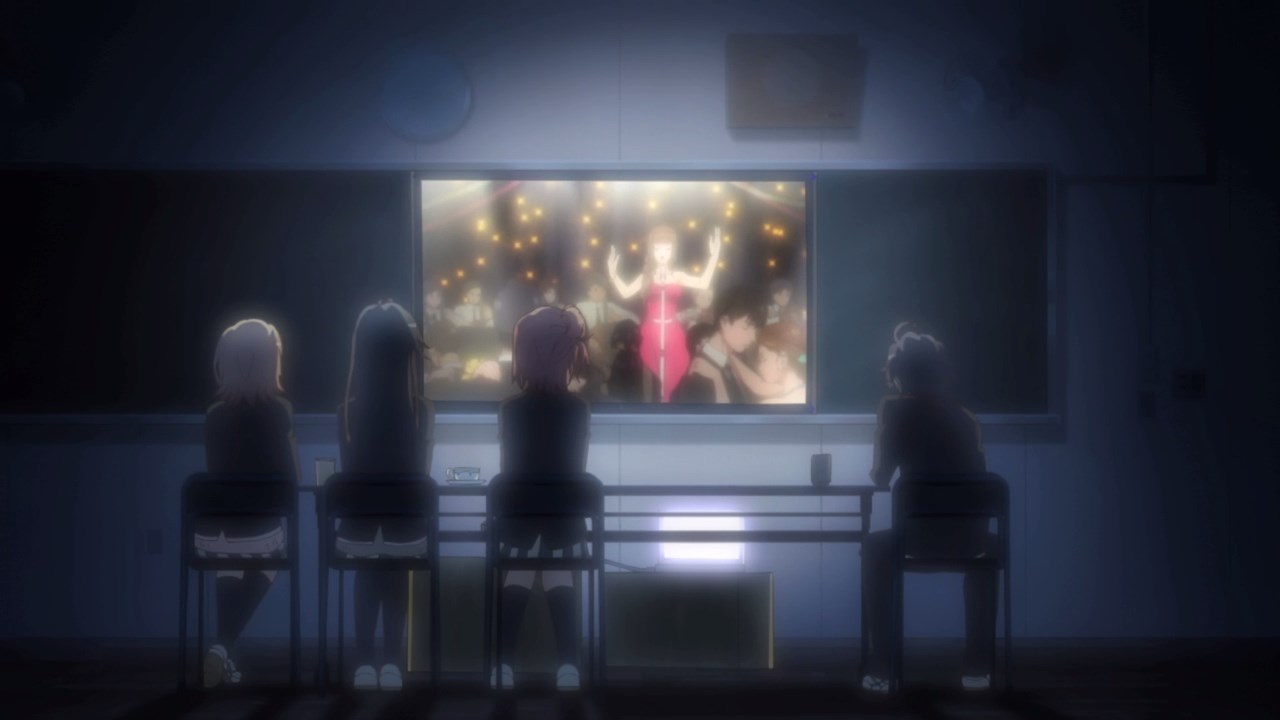 Turns out that Iroha brought a projector and a screen as she wants to show a video about prom nights. Y’know, the party where graduating members get to dance with their chosen partners.

But why would Isshiki wanted to show this prom night video to the Service Club members? Don’t tell me that she wants to hold one in this school? 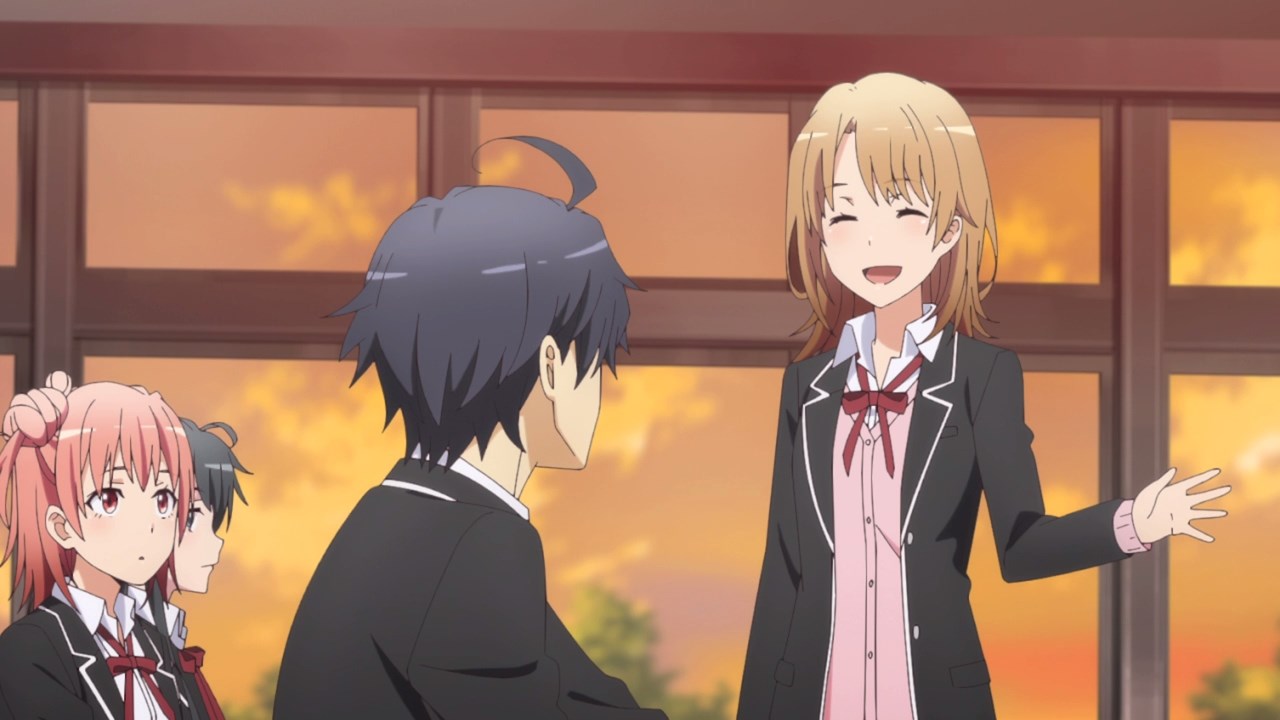 Why yes, because Iroha Isshiki wants to be the prom queen, although she’ll have some competition with the likes of Yumiko Miura or Yui Yuigahama.

In any case, Iroha Isshiki wants the Service Club to help her out on hosting a prom night at Soubu High School ’cause she doesn’t want to miss that opportunity in her life. Well, good luck on her endeavors though. 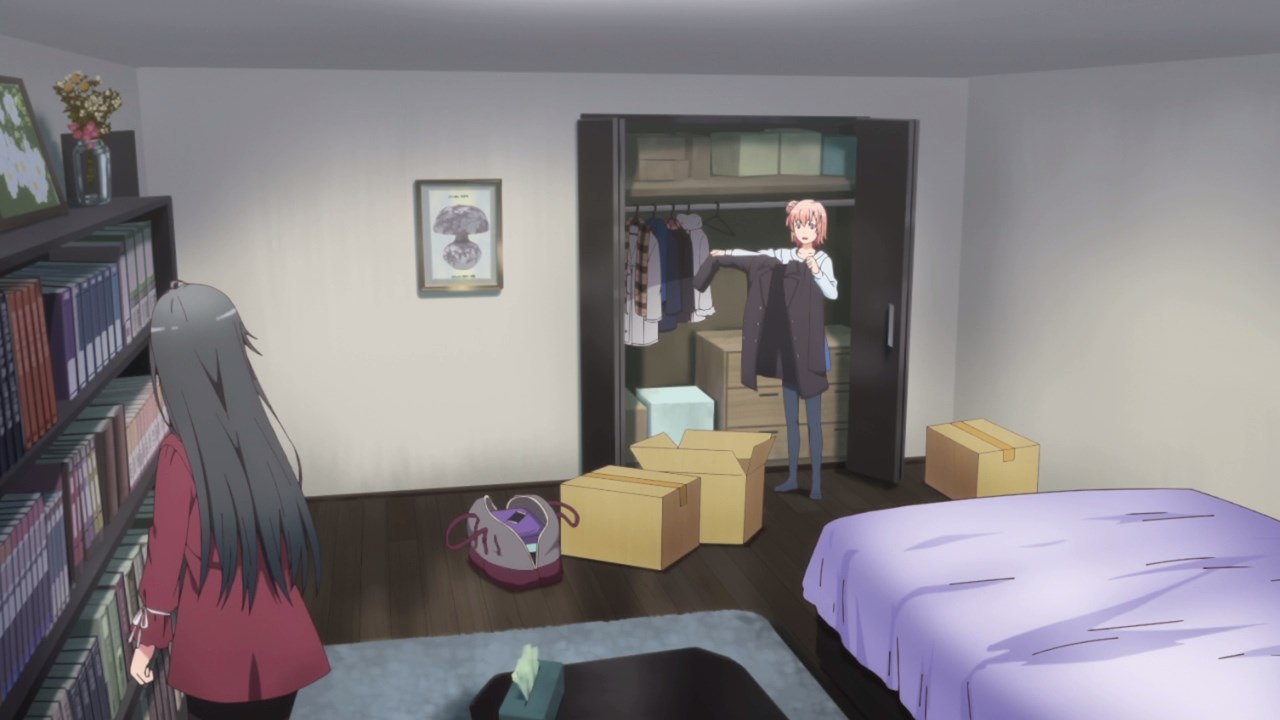 One last thing, it looks like Yukino Yukinoshita is arranging her things as she’s heading home to talk to her mother.

Of course, she can’t pack her bags on her own so Yui Yuigahama volunteered to help Yukinon out, which is very nice of her. 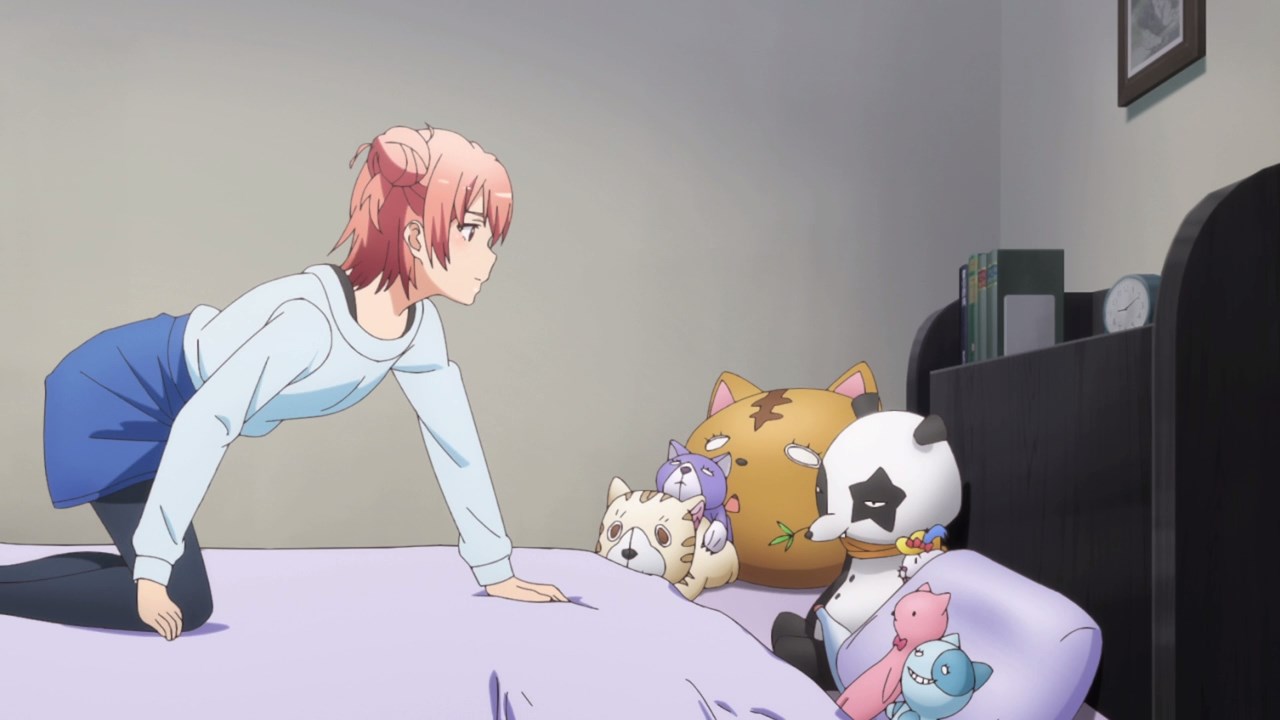 But speaking of Yui, it appears that she’s curious on Yukinon’s stuffed toy collection as Yuigahama checks them out while Yukinoshita is away. 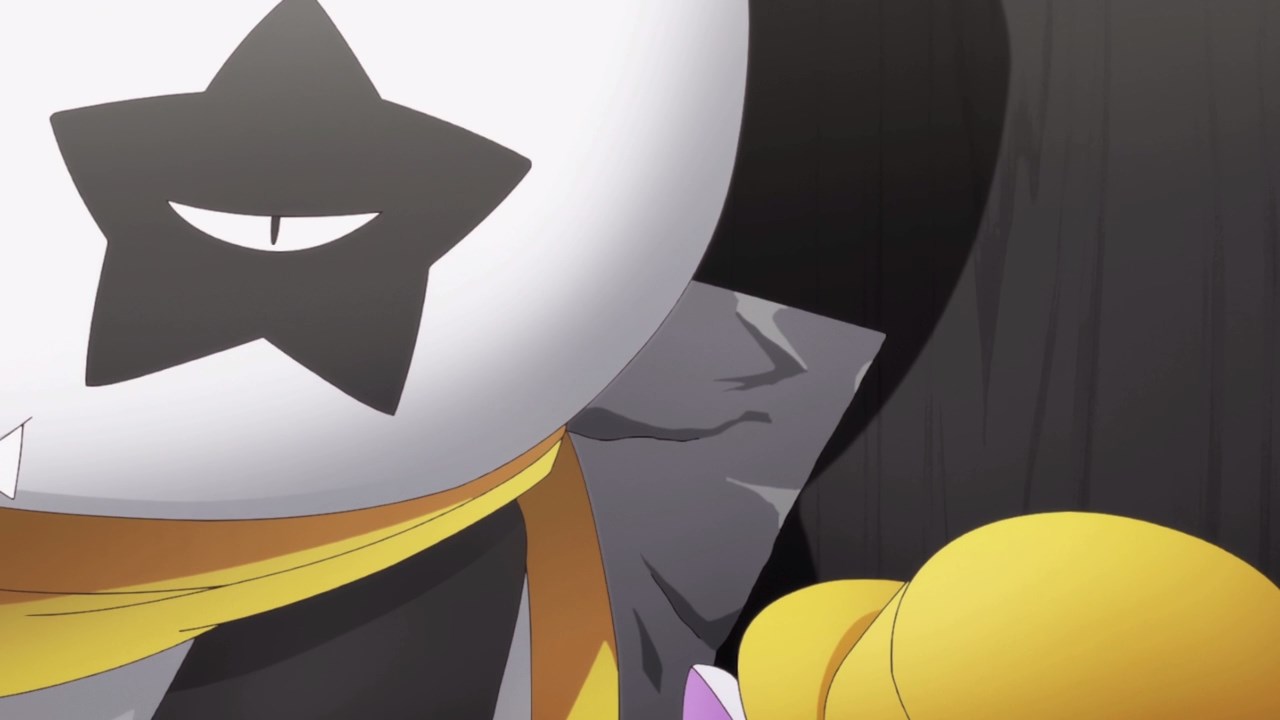 Then again, it’s a bad idea for Yui to rummage on someone’s property as she stumbled upon an envelope. 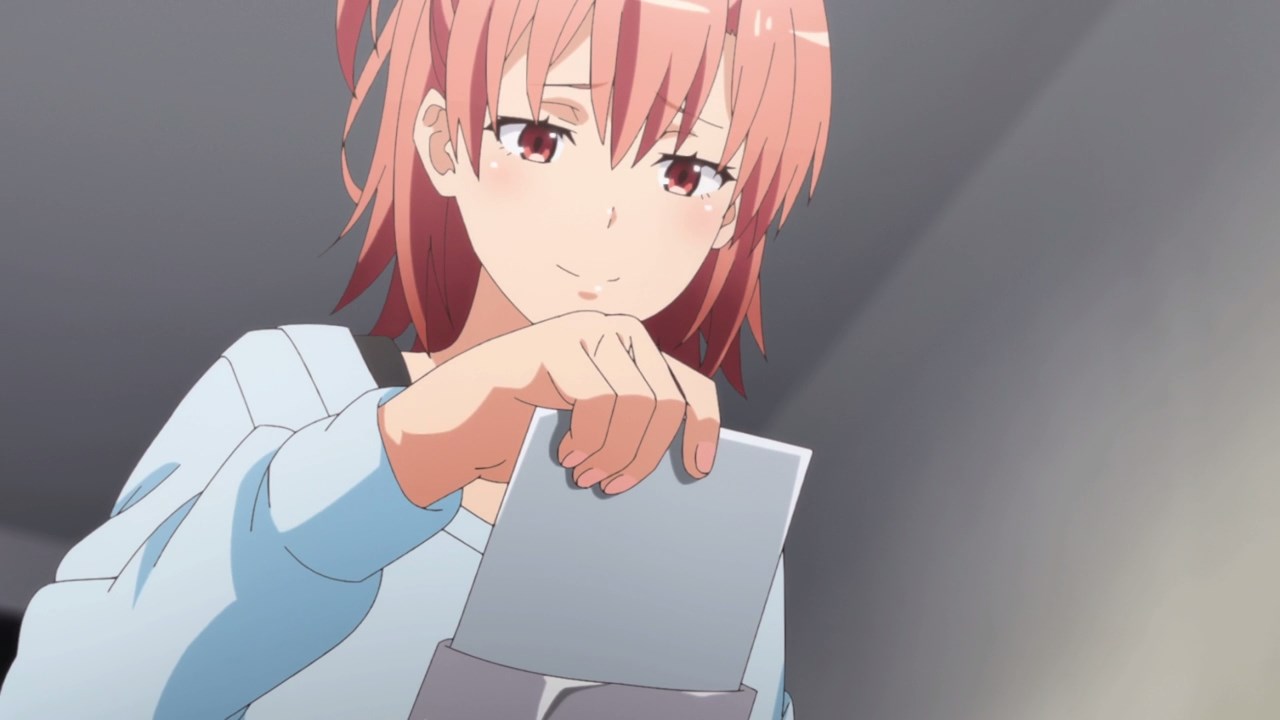 So when Yuigahama took the envelope and open it, seems that she’s happy to see an amazing picture. Or perhaps that she’s saddened about it. 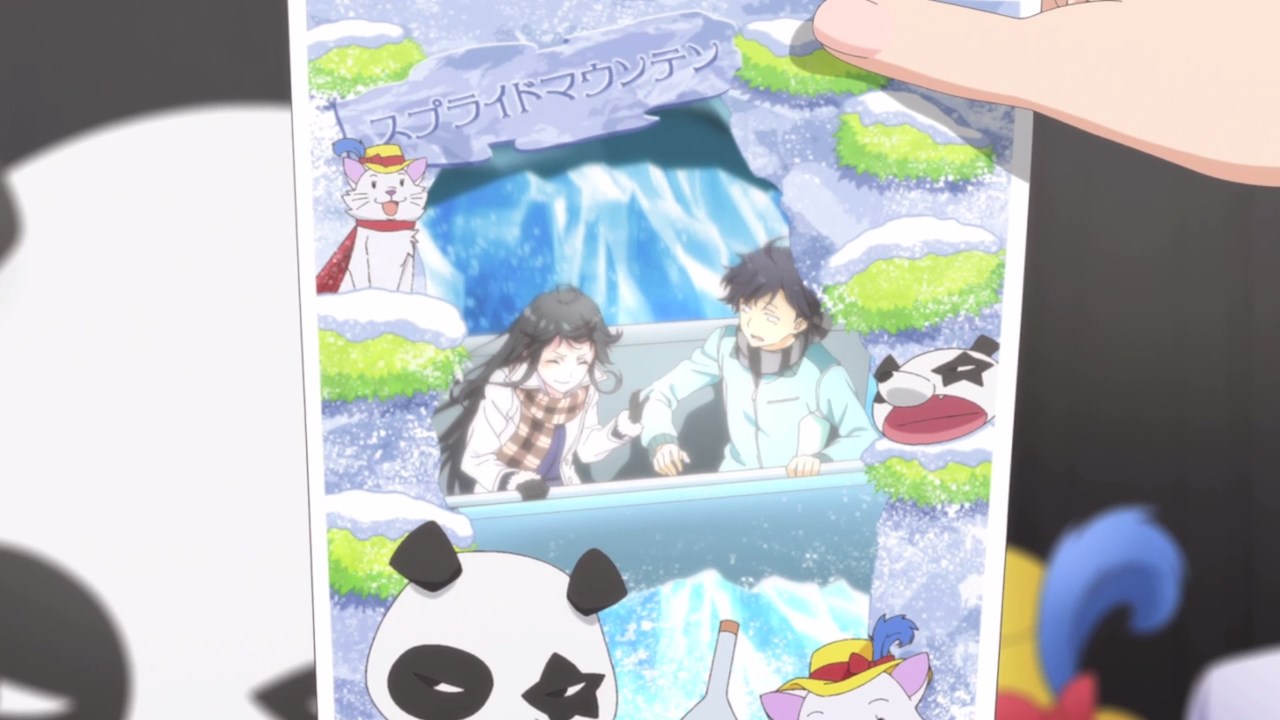 Turns out that Yui saw a picture of Hachiman and Yukinon when they went to an amusement park. Man, looks like Yuigahama is pretty sad that she got friendzoned in the end as Yukinoshita has romantic feelings for Hikigaya.

Come to think of it, I have a feeling that Yukino’s mother pick up a fiance to marry her second daughter, which is why Yukino wants to talk about her future once she returned home.

Regardless, I’m getting ahead of myself as I’ll find out the truth next time. For now, it appears that the Service Club will have to make the prom night a successful one for Iroha Isshiki.