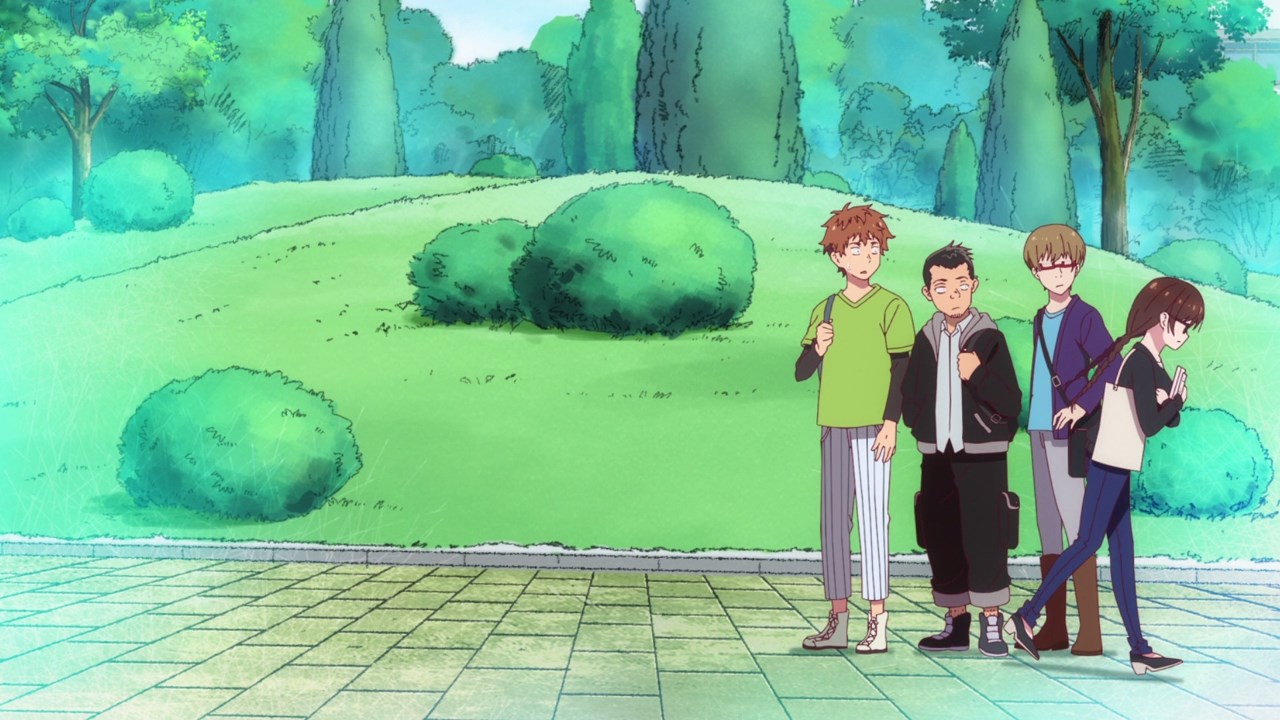 Well, it seem that Chizuri Mi- I mean Ichinose doesn’t know Kazuya Kinoshita as she went past him. After all, they’re complete strangers so there’s no way they could be lovers! 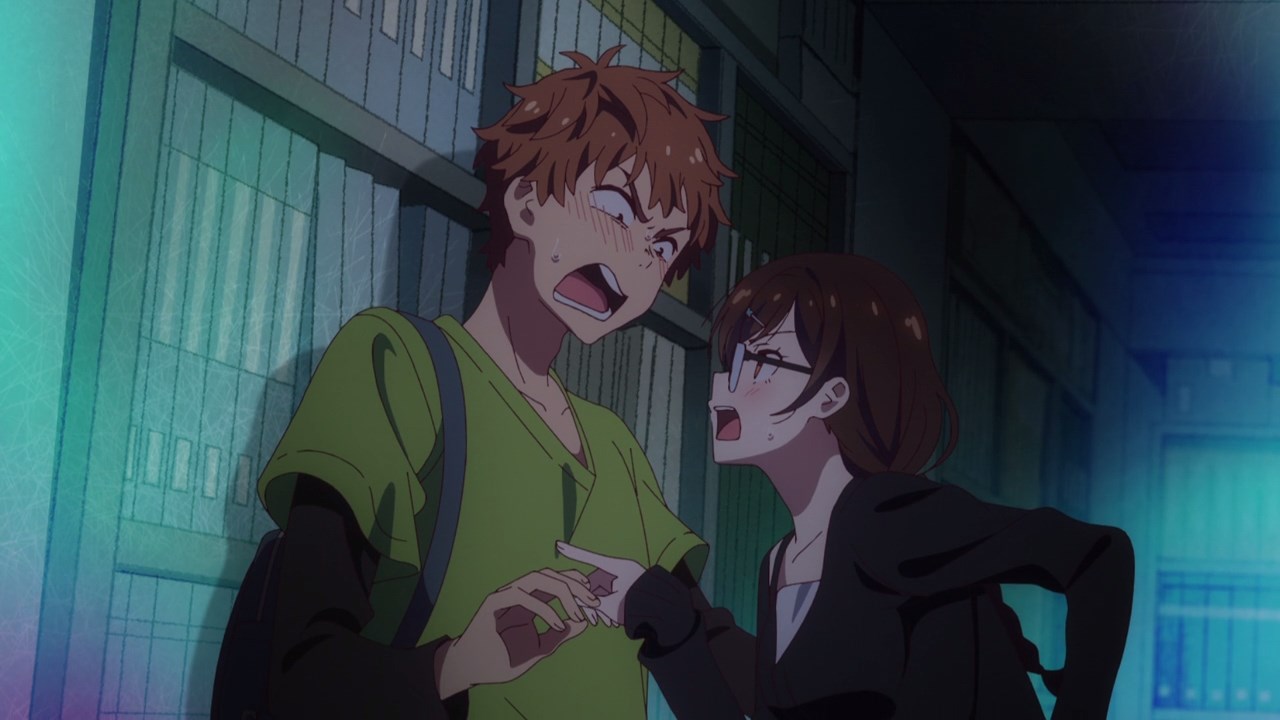 Actually, Chizuru knows Kazuya that she told him not to casually talk to her in the school campus. C’mon, Mizuhara doesn’t want anyone to learn that she’s a rental girlfriend. 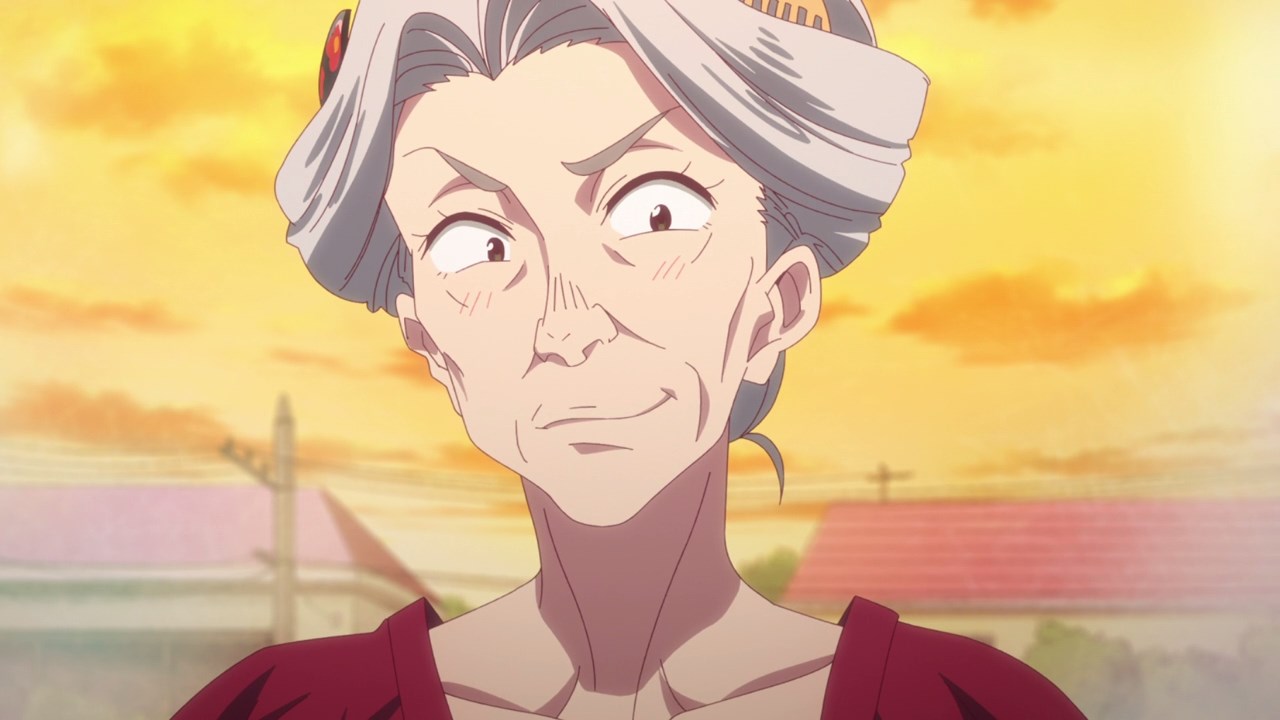 Anyways, looks like Kazuya’s grandmother paid a visit to his apartment as she really wants to see her grandson’s girlfriend, even though Kazuya doesn’t have a real one ’cause he’s a simp! 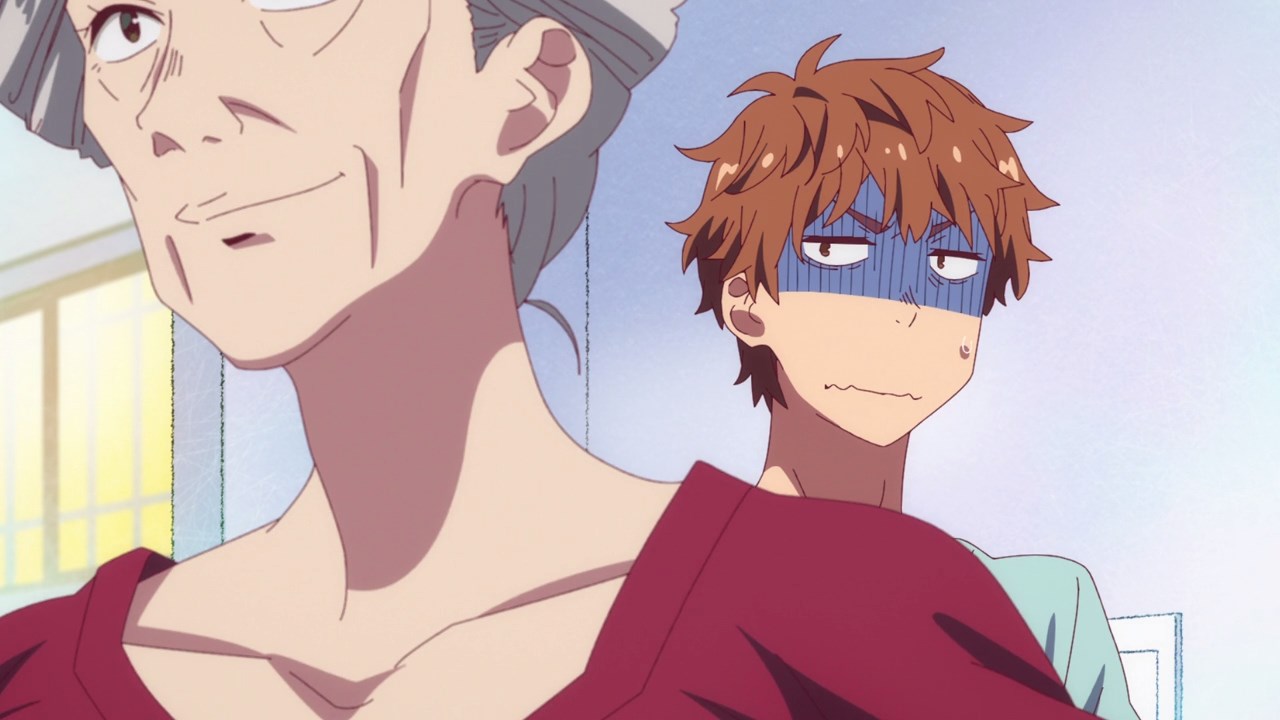 For Kazuya Kinoshita, he’s in a real bind as he doesn’t want to disappoint his grandmother, although it would be better if Kazuya told his granny that he broke up with Chizuru. 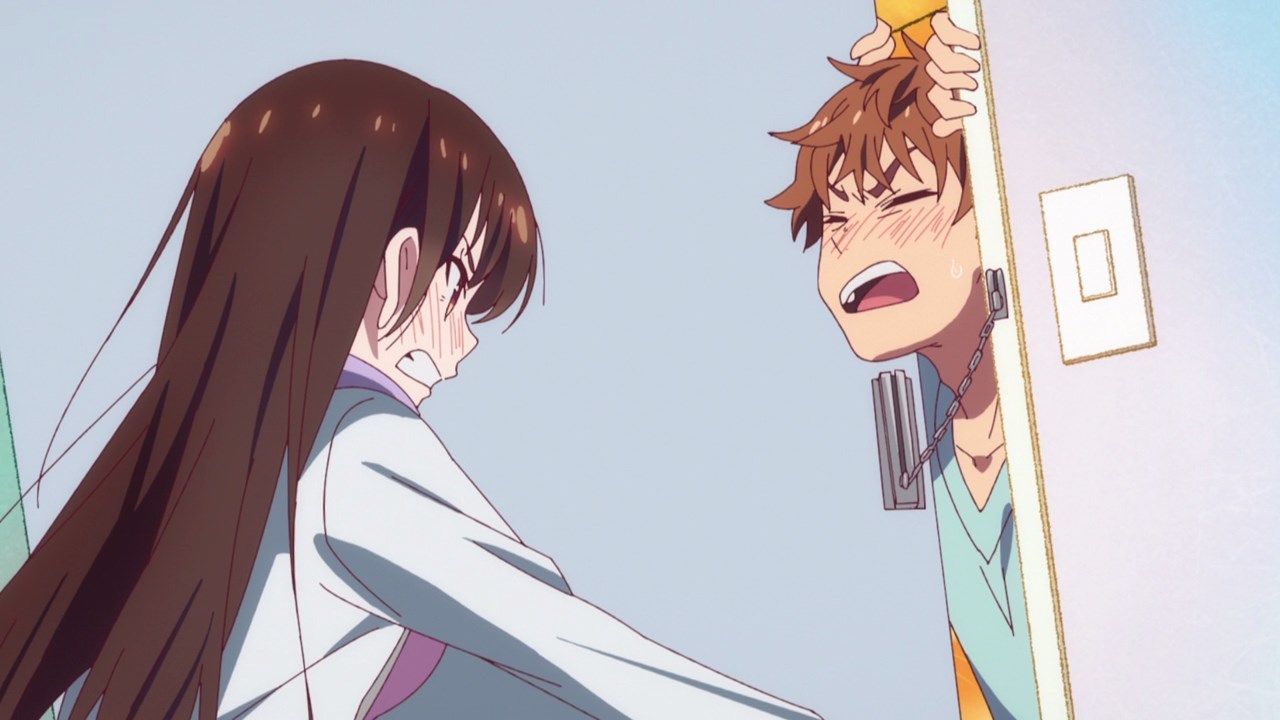 Yet, he decided to call Chizuru Mizuhara to show up as it turns out that Kazuya and Chizuru are actually neighbors. That’s convenient! 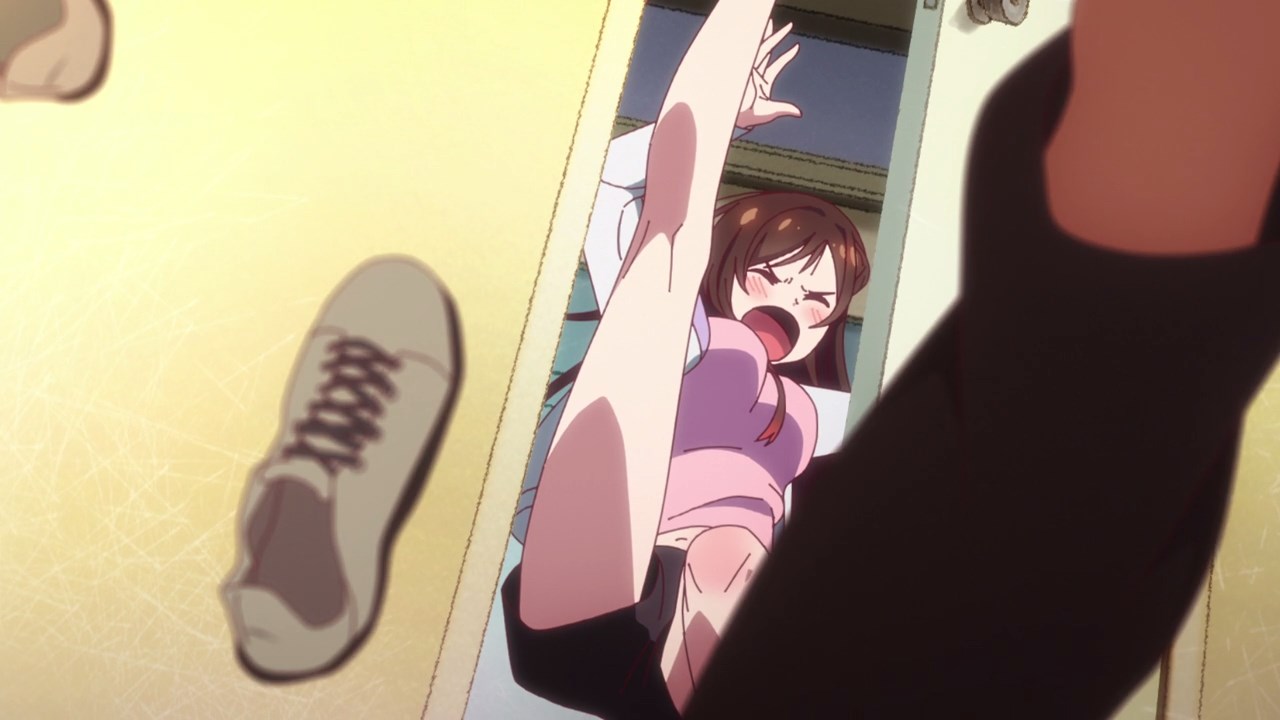 Except that Mizuhara won’t accept Kinoshita’s plea ’cause that’s a breach of contract. I mean, Chizuru would get fired if someone’s dating her outside the app.

Anyways, looks like Kazuya has no other choice but to tell the truth that he has no girlfriend. 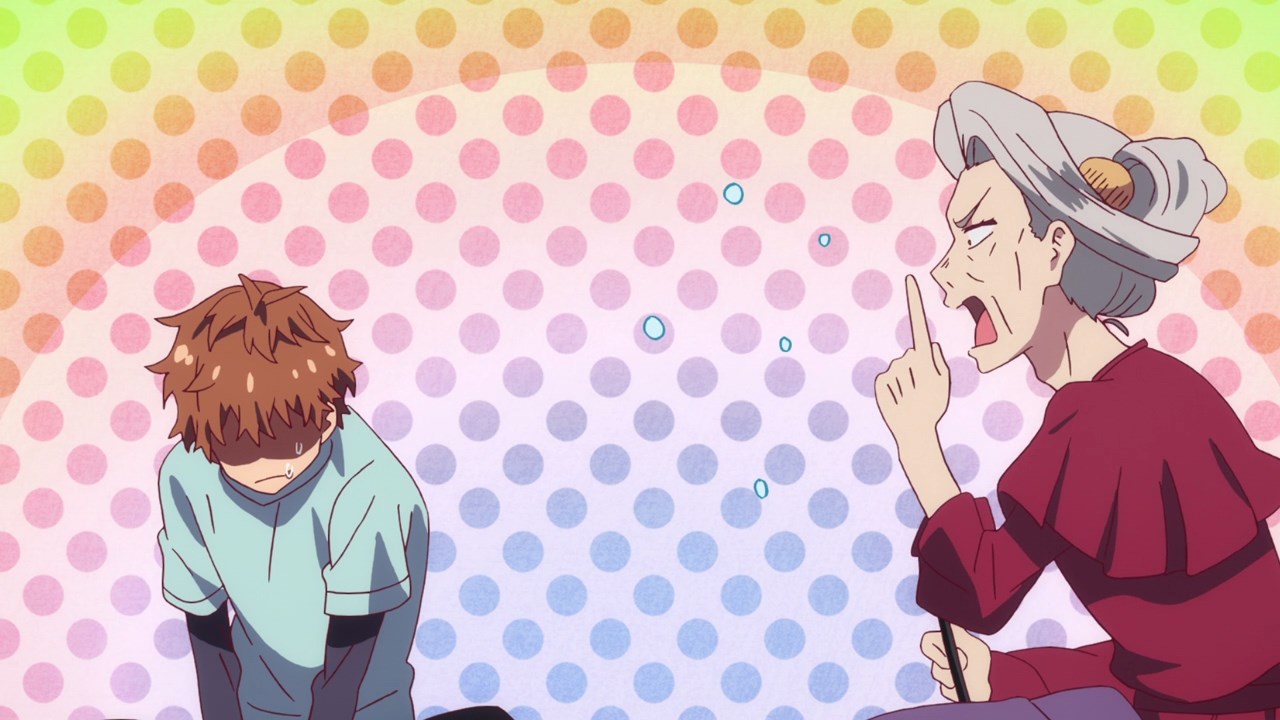 On second thought, his grandmother already expected that a man like Kazuya won’t get a decent girlfriend because c’mon, he’s not a hottie. Well, that’s about it for Kazuya’s crazy love life! 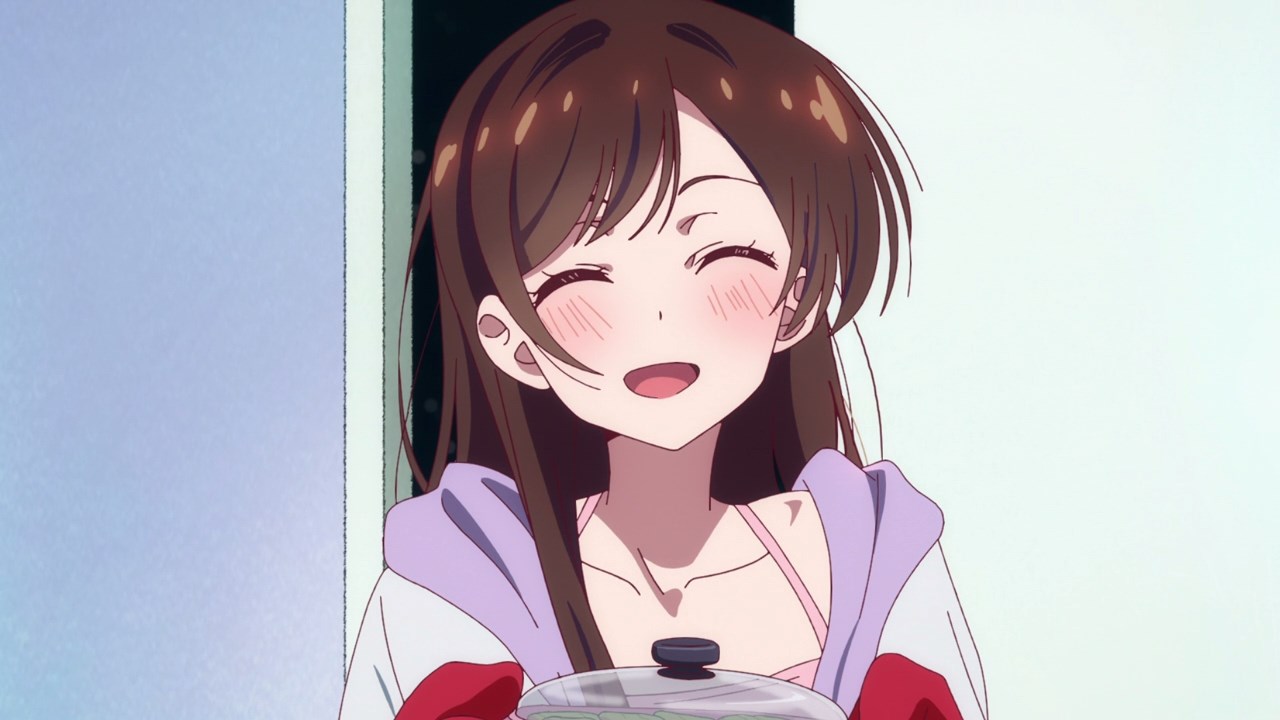 That’s until Chizuru Mizuhara pulled a 180 and visited Kazuya’s apartment to tell his grandmother that she’s still his girlfriend.

That’s nice of her but you and Kazuya should tell the truth that you’re not lovers! 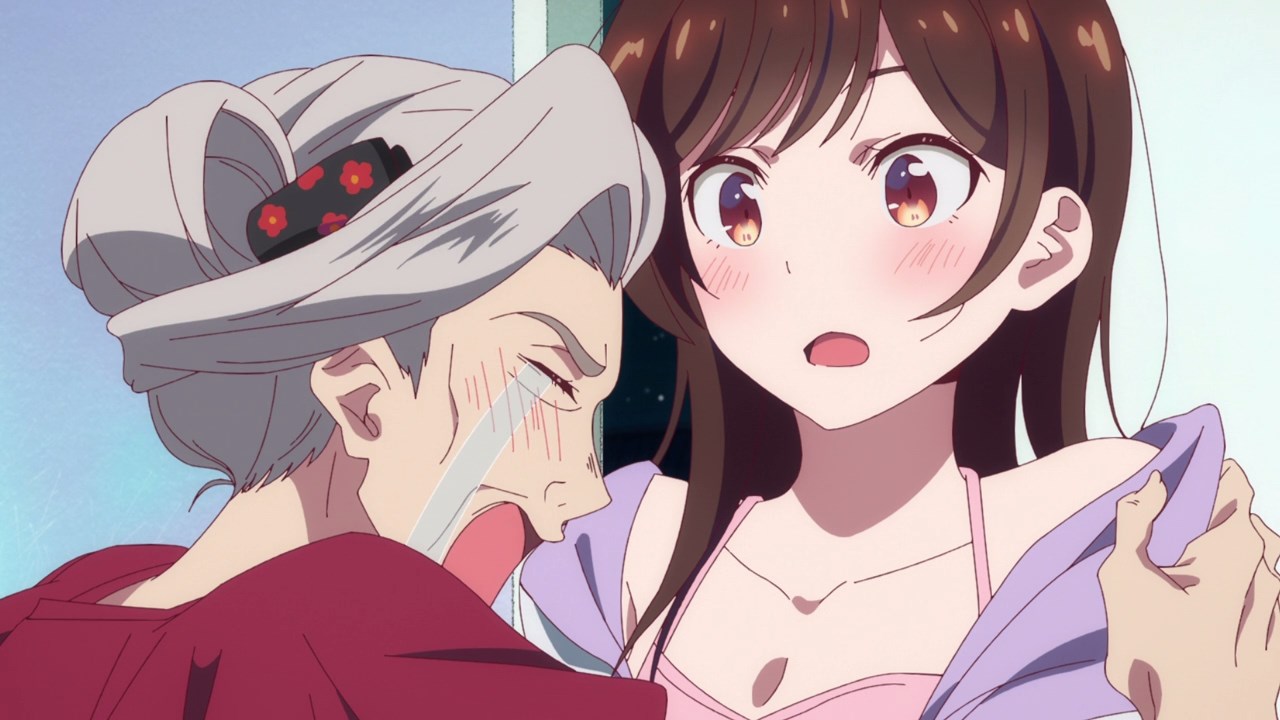 However, it seems that they’ll continue the charade as Kazuya’s grandmother is happy to see Chizuru. Seriously though, just tell the truth before it’s too late! 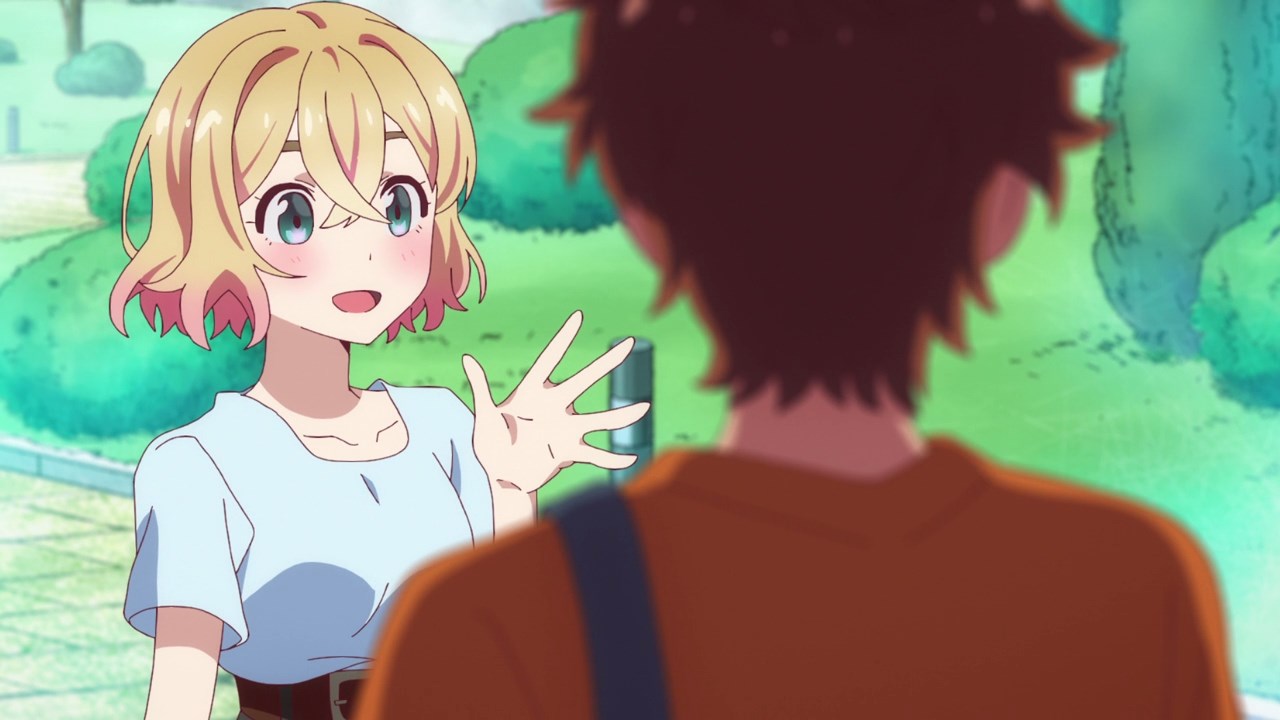 By the way, I would like to introduce you to Mami Nanami, Kazuya Kinoshita’s ex-girlfriend who broke up with him after a month of dating.

And sure that Mami is acting normal to Kazuya, I really blame her for dumping Kinoshita which kick-starts the plot of this show! 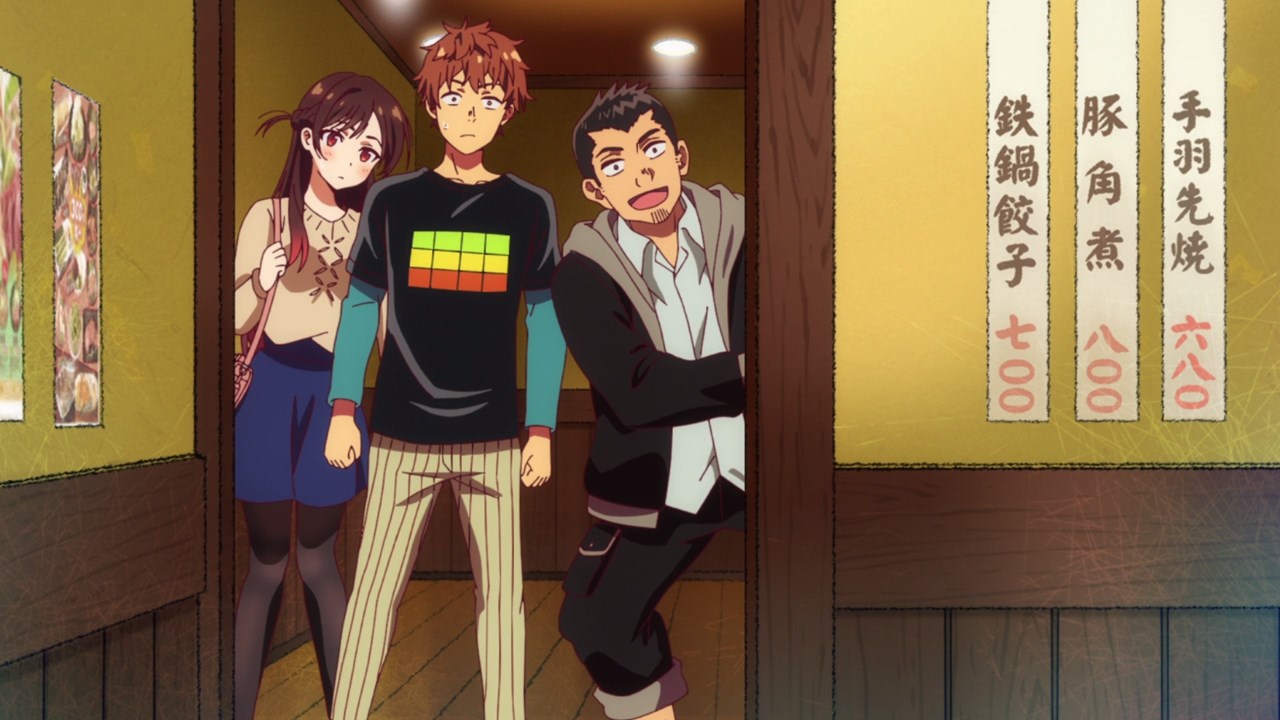 Now then, let’s move onto the next scene where Kazuya and Chizuru got invited by college students for a mixer because y’know, they want to party all night and hook up for sex afterwards. 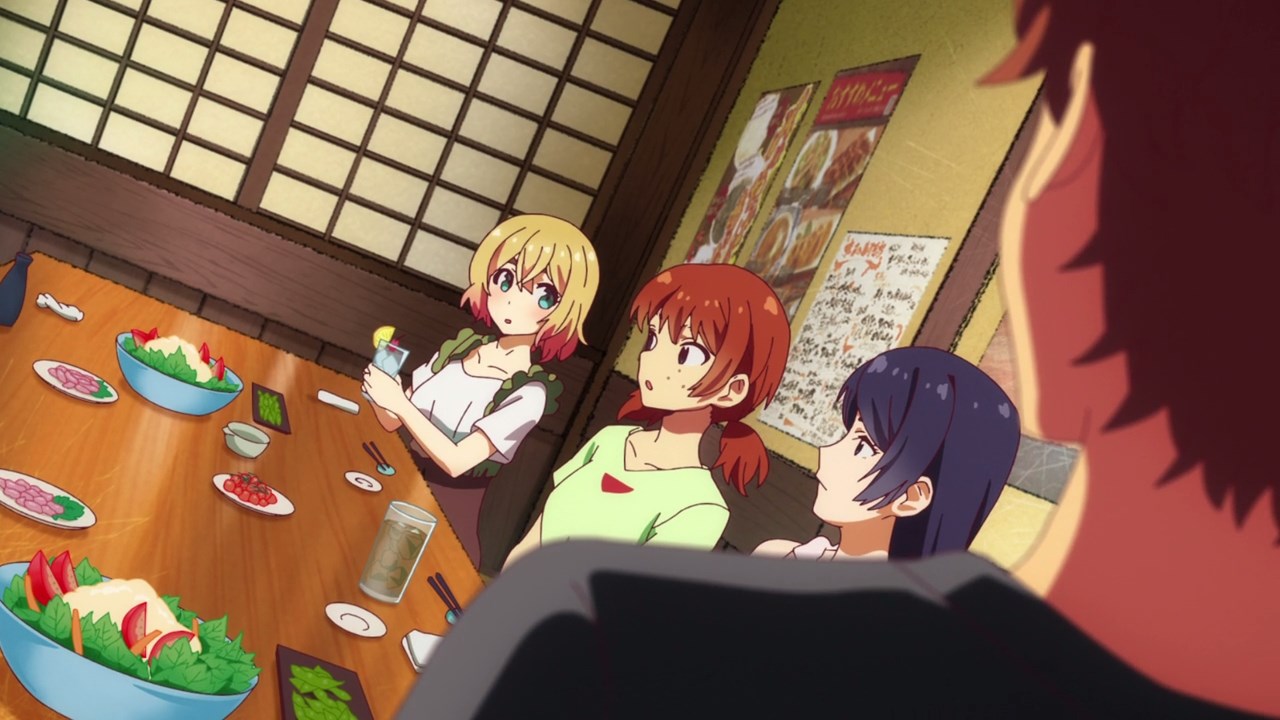 However, it appears that both Kazuya and Chizuru encountered Mami where it turned this mixer from bad to worse. 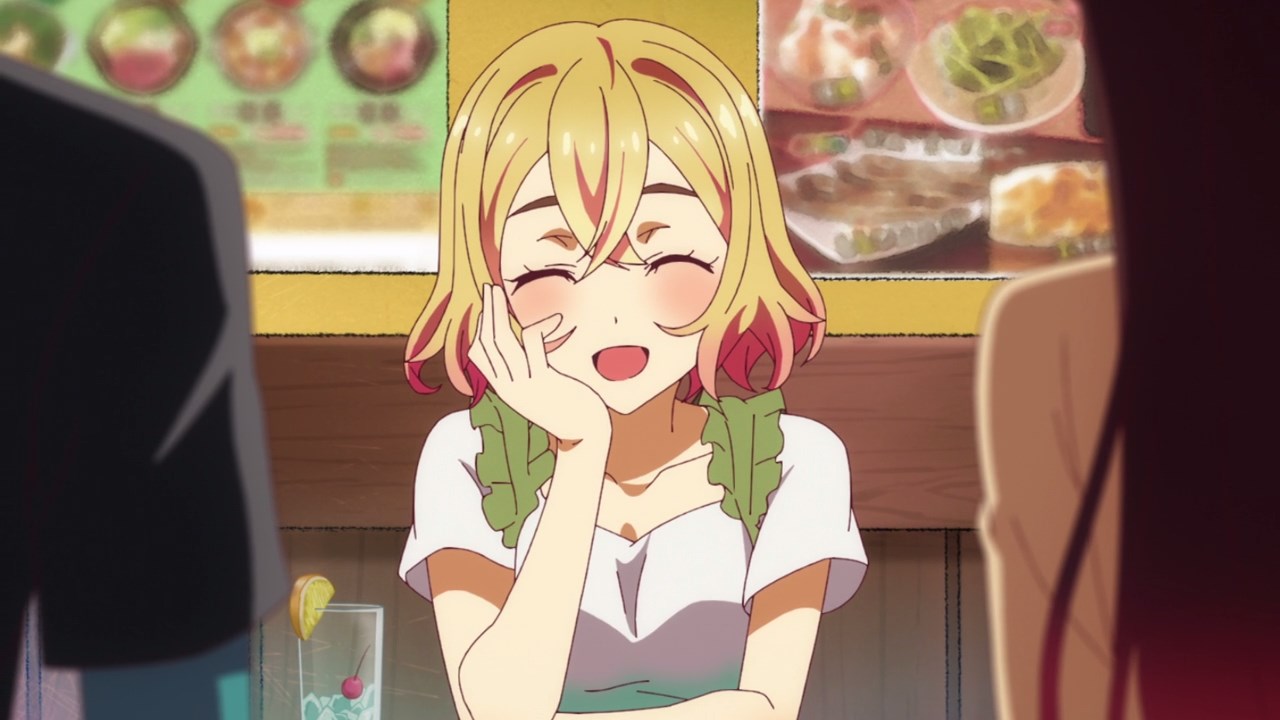 And speaking of Mami Nanami, it seems that she gave some seething remarks on her ex-boyfriend where Mami describes Kazuya Kinoshita as a simpleton who can’t keep his horniness in check.

Wow, it’s no wonder why Mami dumped Kazuya because of his uncontrollable libido, yet he can’t take advantage of it because of his idiocy. But honestly though if Nanami pulls her bitchy behavior to her new boyfriend, I have to tell everybody to stay away from this girl. 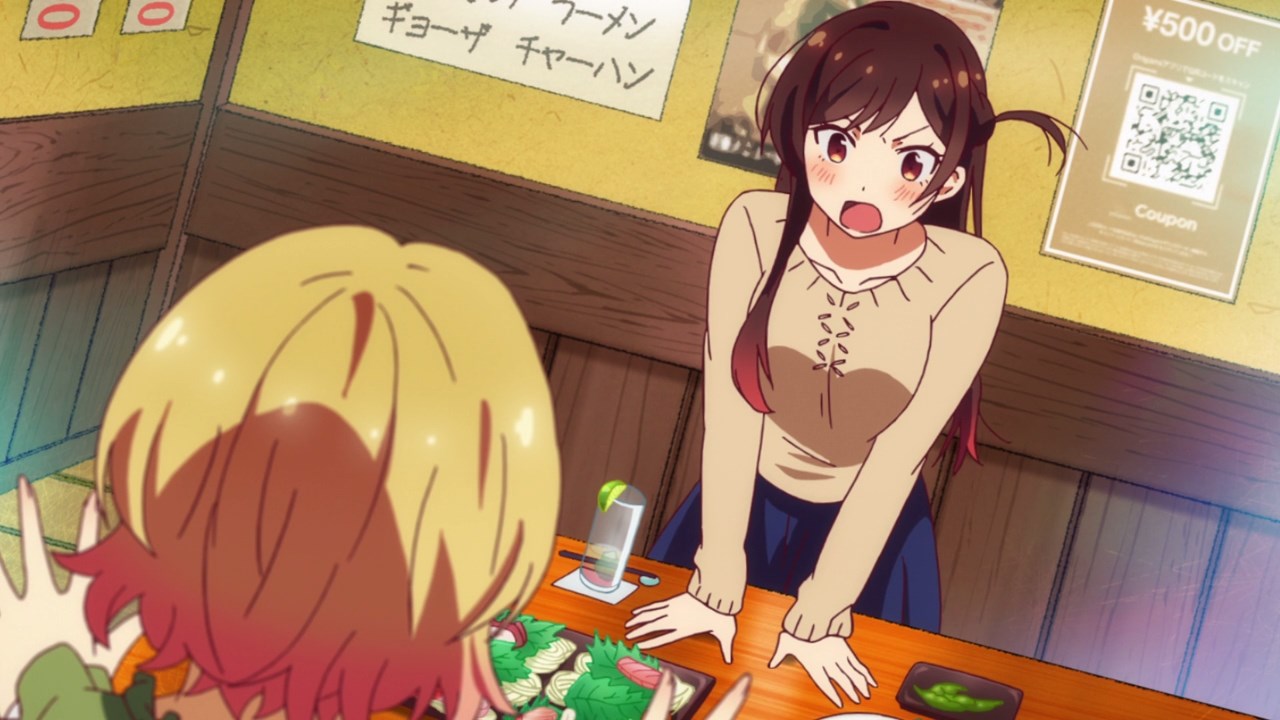 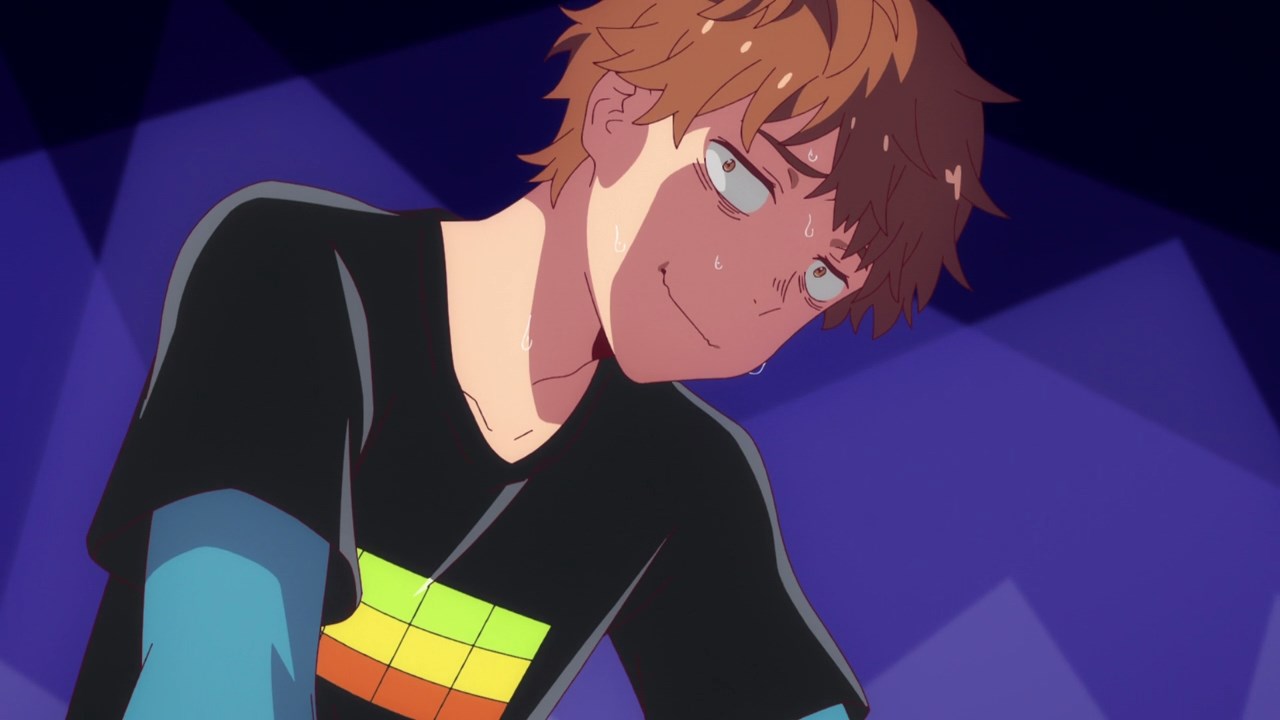 Sadly, Kazuya just stood up for his ex-girlfriend instead which made Chizuru Mizuhara very upset. Goddammit Kinoshita, your rental girlfriend is protecting your reputation and pride as a man!

Anyways, I have to see what happens next week and possibly know if this series is shit because of one pathetic protagonist. Sure that you can mock Kazuya Kinoshita for his idiocy, but I can’t stand to him if Kazuya continues his pathetic love life!