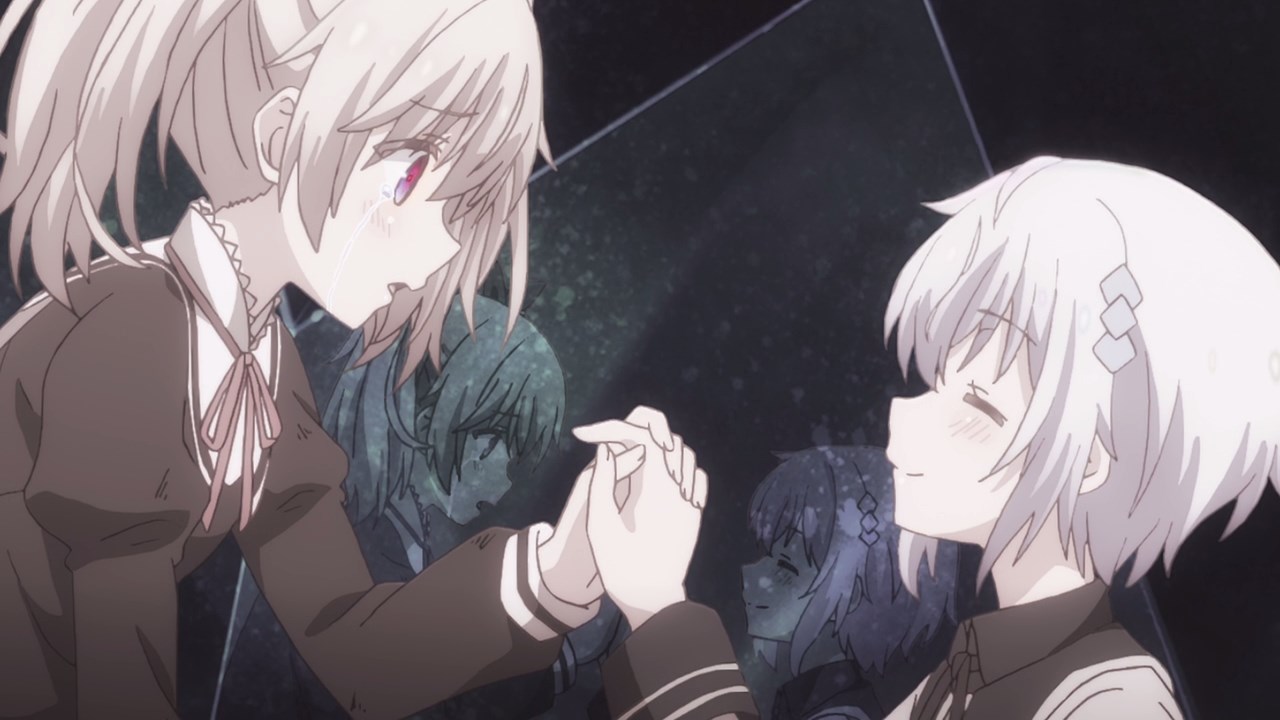 Well look what we have here, it appears that Misha Necron saved Sasha from captivity.

I’m not sure why would the Necron household kept Sasha to some mirror cage, but this is the most heartwarming thing I’ve ever seen… until Sasha Necron treated Misha like crap. 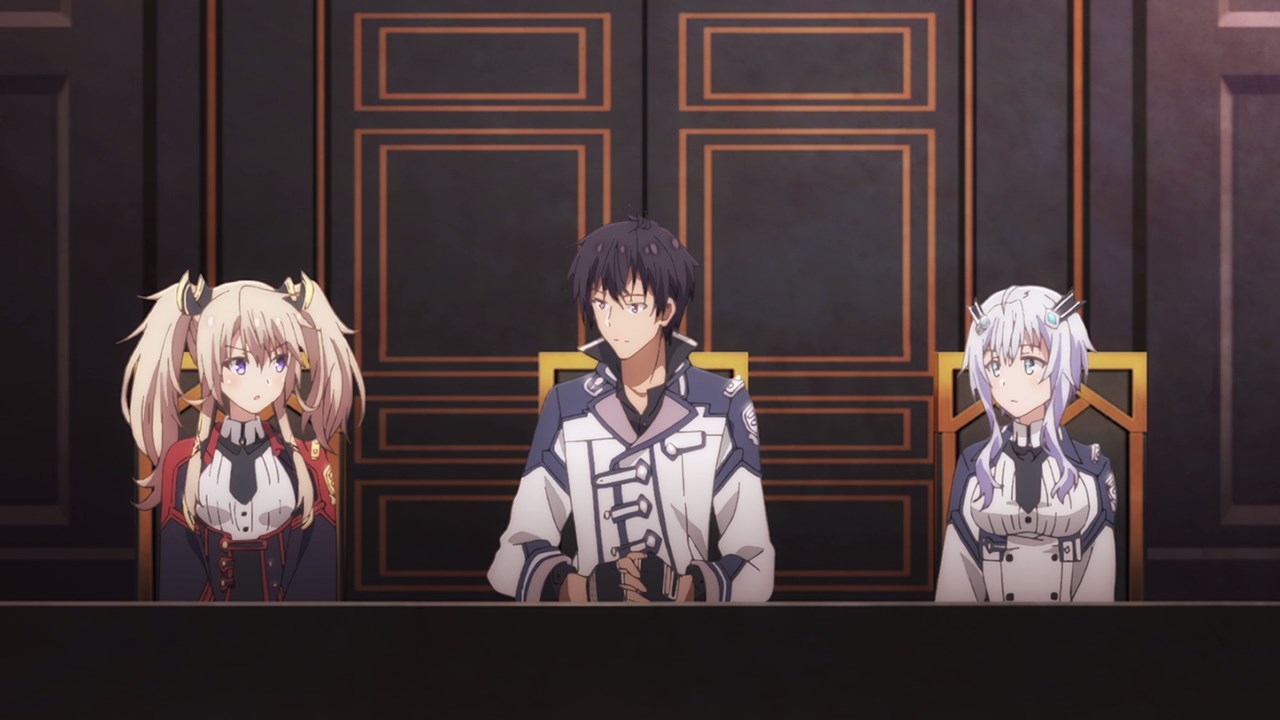 But it’s all thanks to Anos Voldigoad that Sasha Necron changed for the better. Then again, I still have my doubts as she might be pretending to be nice to both Anos and Misha. 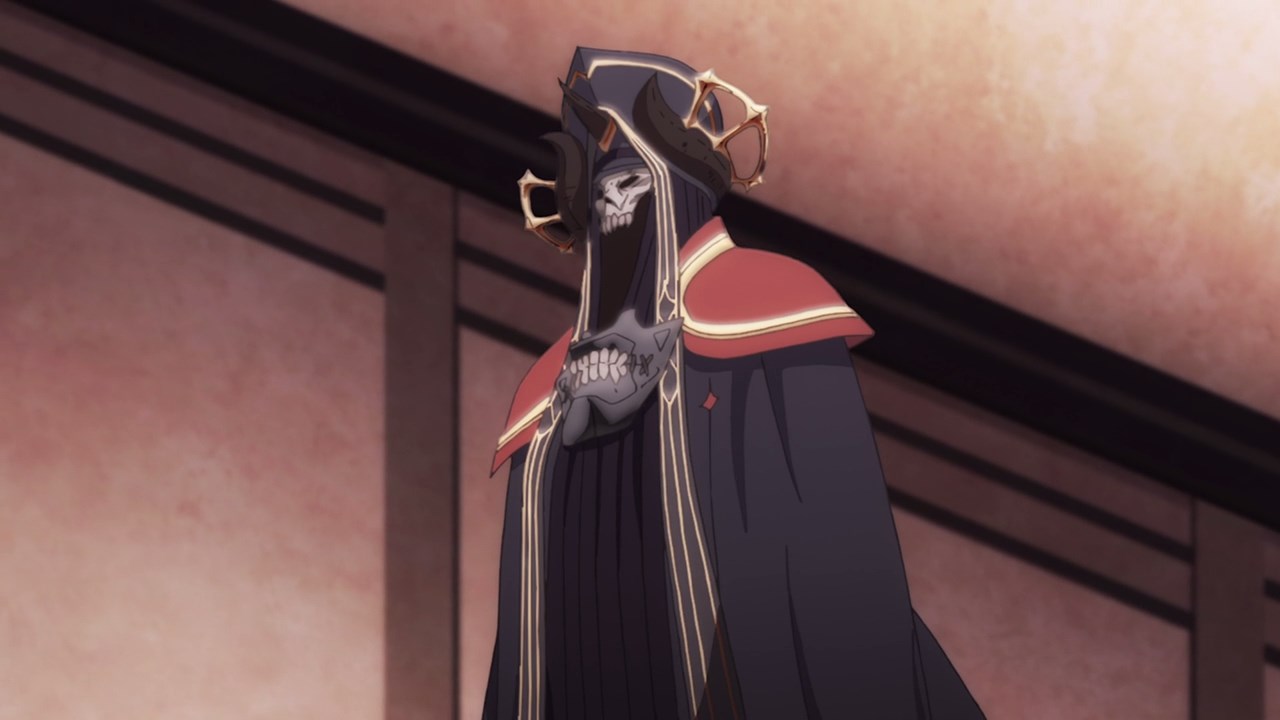 Anyways, it’s time for us to introduce an important character named Ivis Necron, Misha and Sasha’s ancestor who is one of the Elder Demon Emperors and being the closest to the Demon Lord of Tyranny. 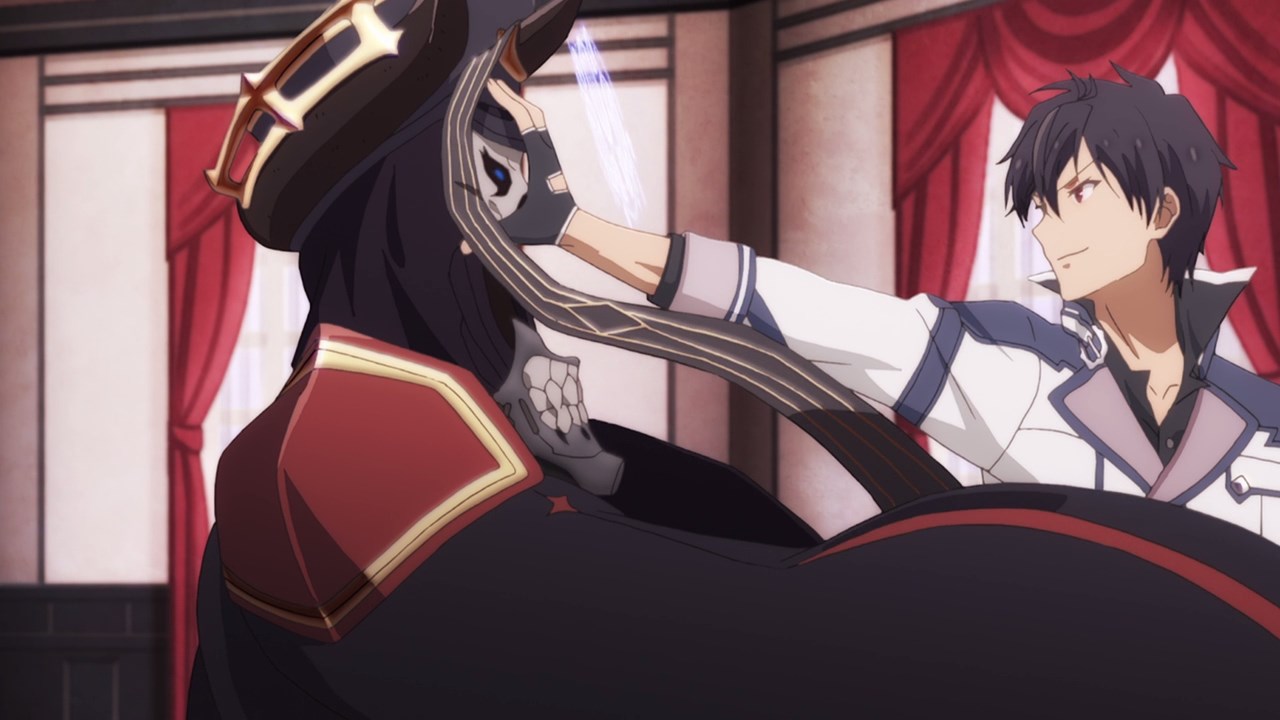 Of course, Anos Voldigoad knows Ivis Necron since ancient times as he greets the emperor with powerful magic, which recalls Ivis’ memory from two thousand years ago. 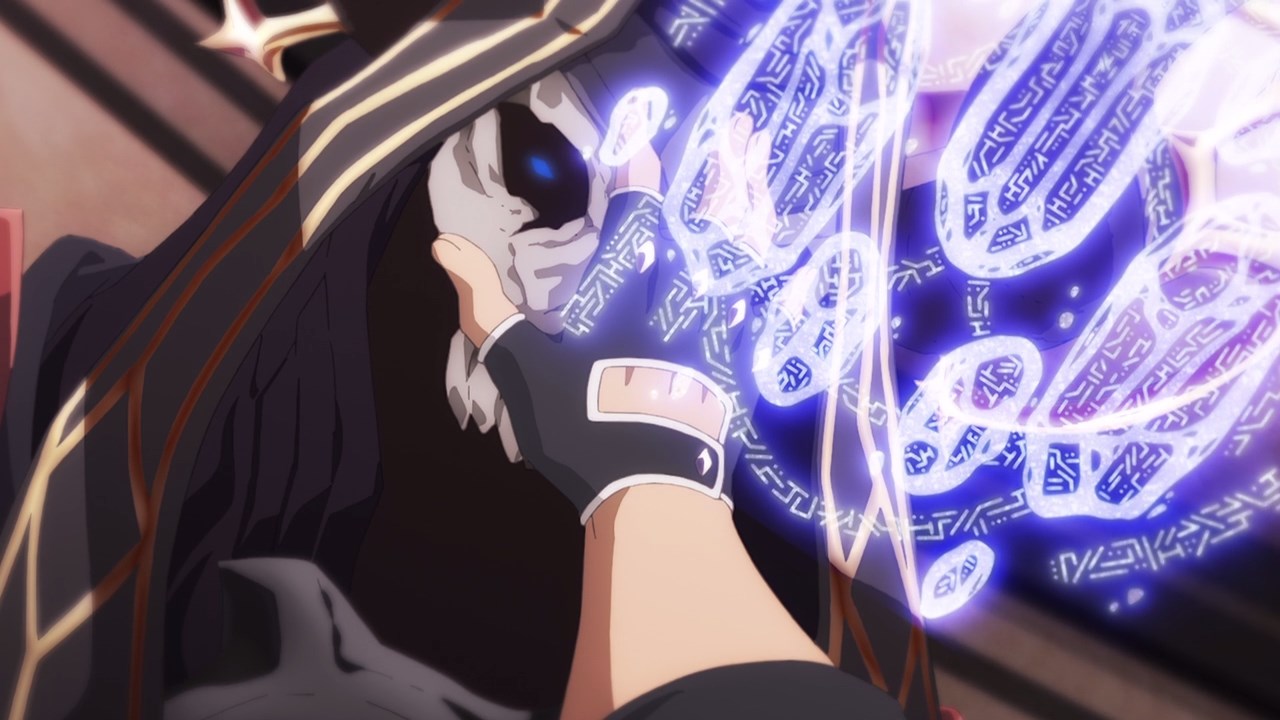 Unfortunate for Anos, it appears that Ivis’ memory got tampered by someone else, meaning that this Elder Demon Emperor remembers Avos Dilhevia as the Demon Lord of Tyranny and not Anos Voldigoad.

Okay seriously, just who the hell is this Avos Dilhevia and how come this impostor went as far as inserting fake memories to everyone? 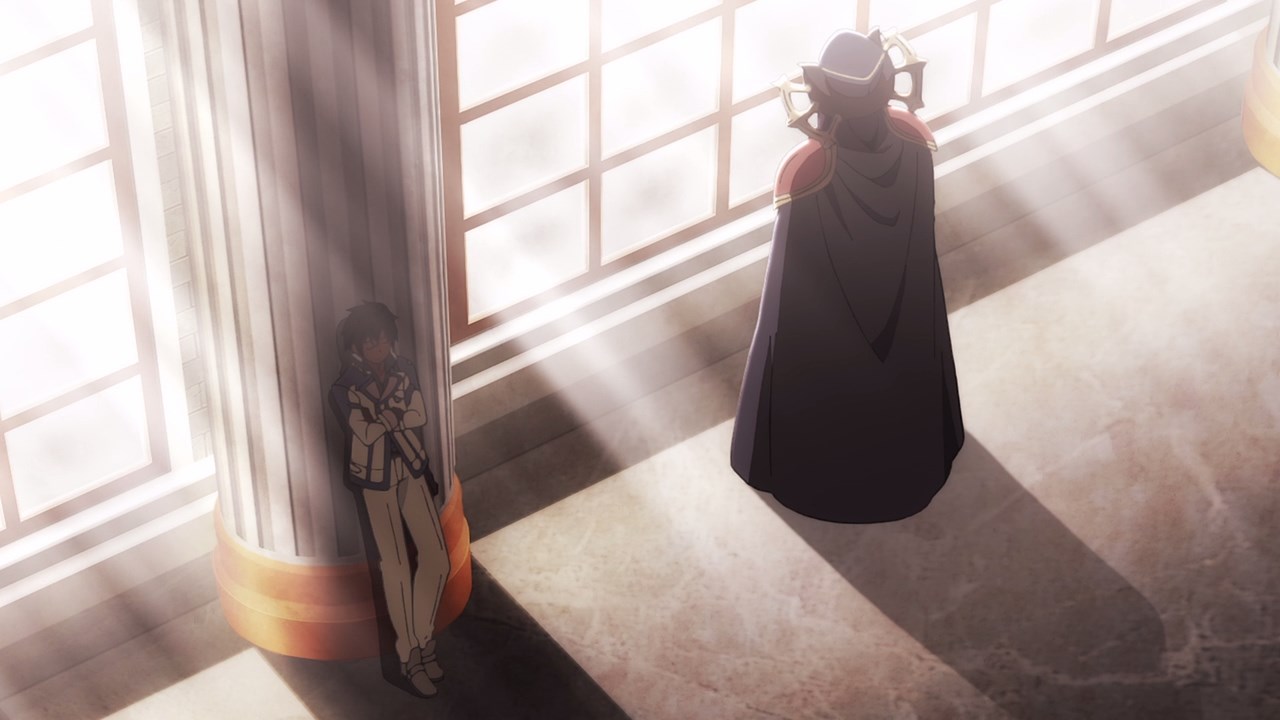 For the time being, it appears that Ivis Necron doesn’t have any ill intention towards Anos Voldigoad as he’ll remain neutral when it comes to the current demon leadership.

Of course, that won’t apply to the rest of the Elder Demon Emperors as they don’t consider Anos as the true Demon Lord of Tyranny thanks to Avos rewriting history. 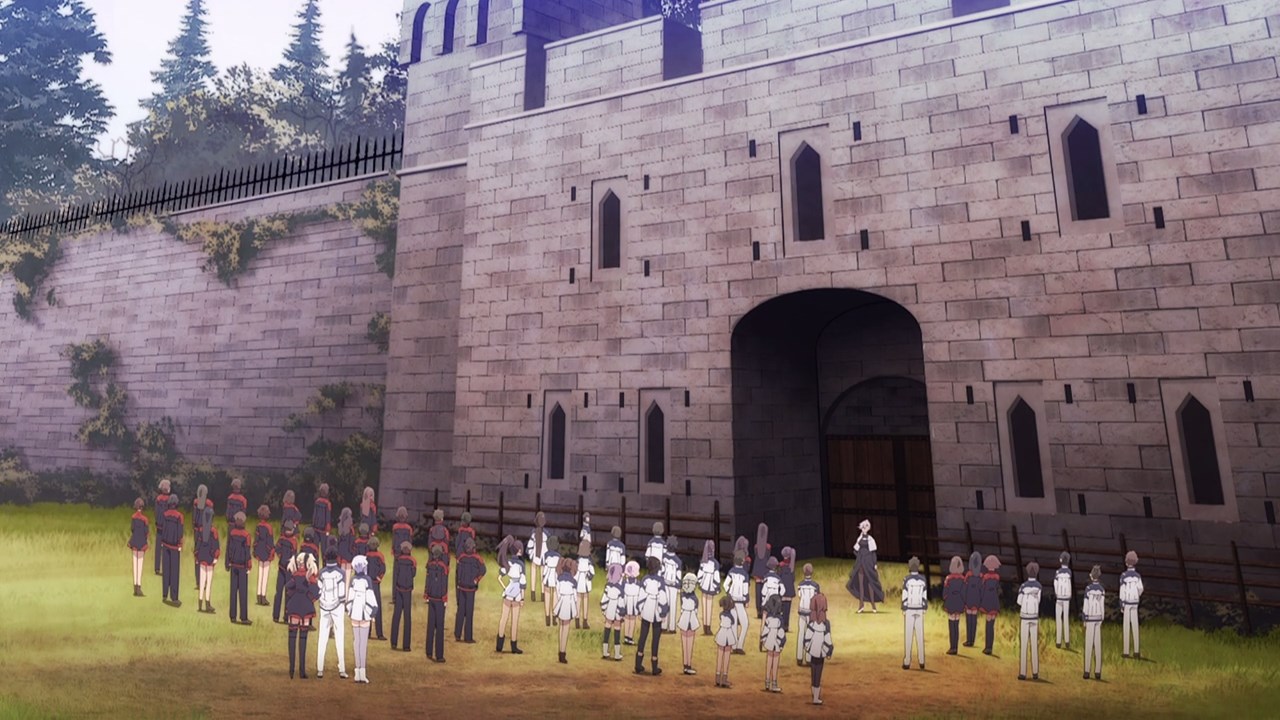 Now then, it’s time for the entire class to explore a dungeon and take the scepter in order to pass the test.

This is the Demon Palace Delsgade where it’s filled with monsters which will give everyone a hard time taking the scepter. 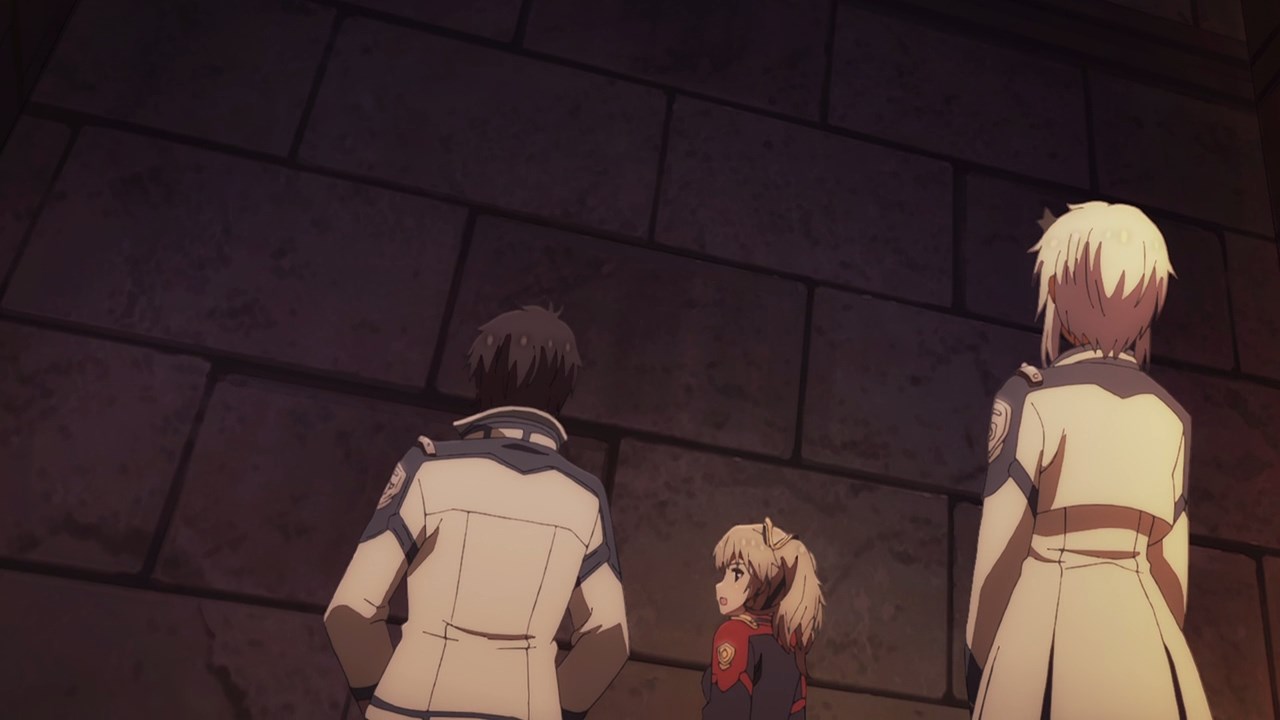 But for Anos Voldigoad however, exploring the dungeon is easy as apple pie as he knows this place during ancient times.

However, Anos and the Necron sisters got stuck in a dead end. So what will this self-proclaimed demon lord do? 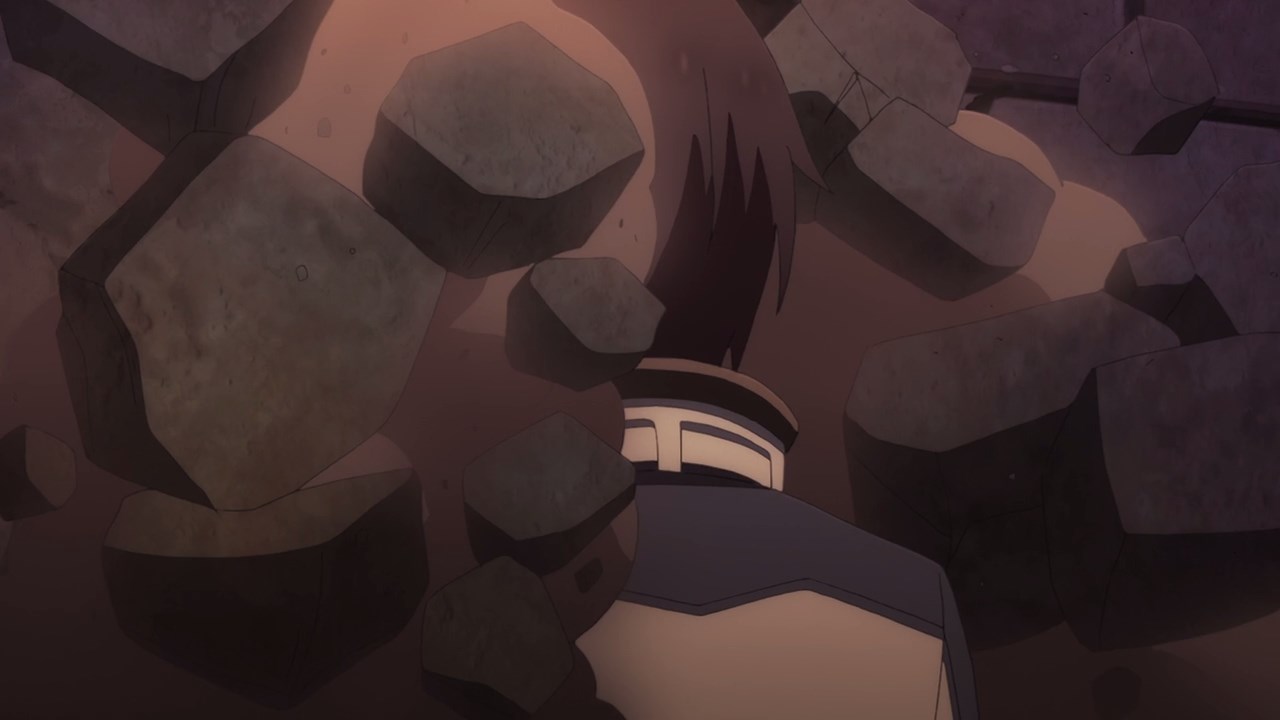 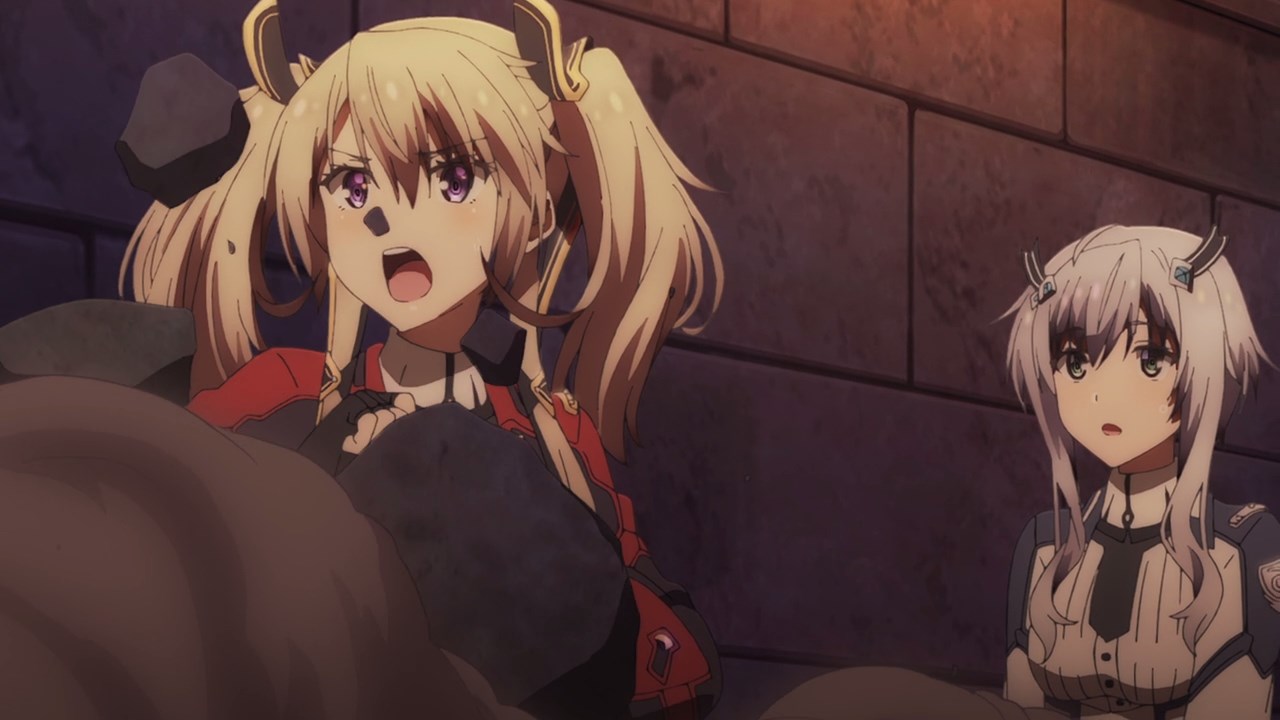 Well, Anos Voldigoad will just get past the wall by just walking towards it.

Man, these walls are treated like tissue paper for Anos as Sasha and Misha Necron are surprised about this unparalleled feat of demonic strength. 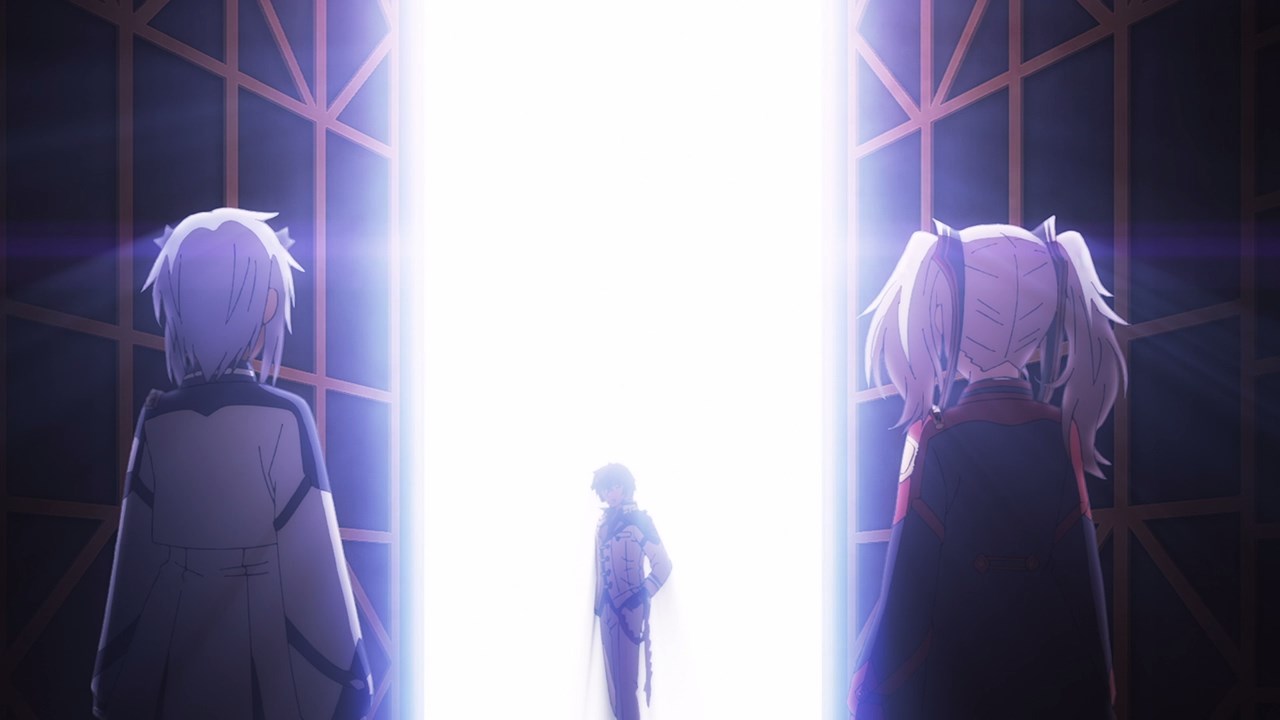 But anyways, they finally reached the throne room as Anos opened the door with his bare hands. No magic, just pure demon lord strength! 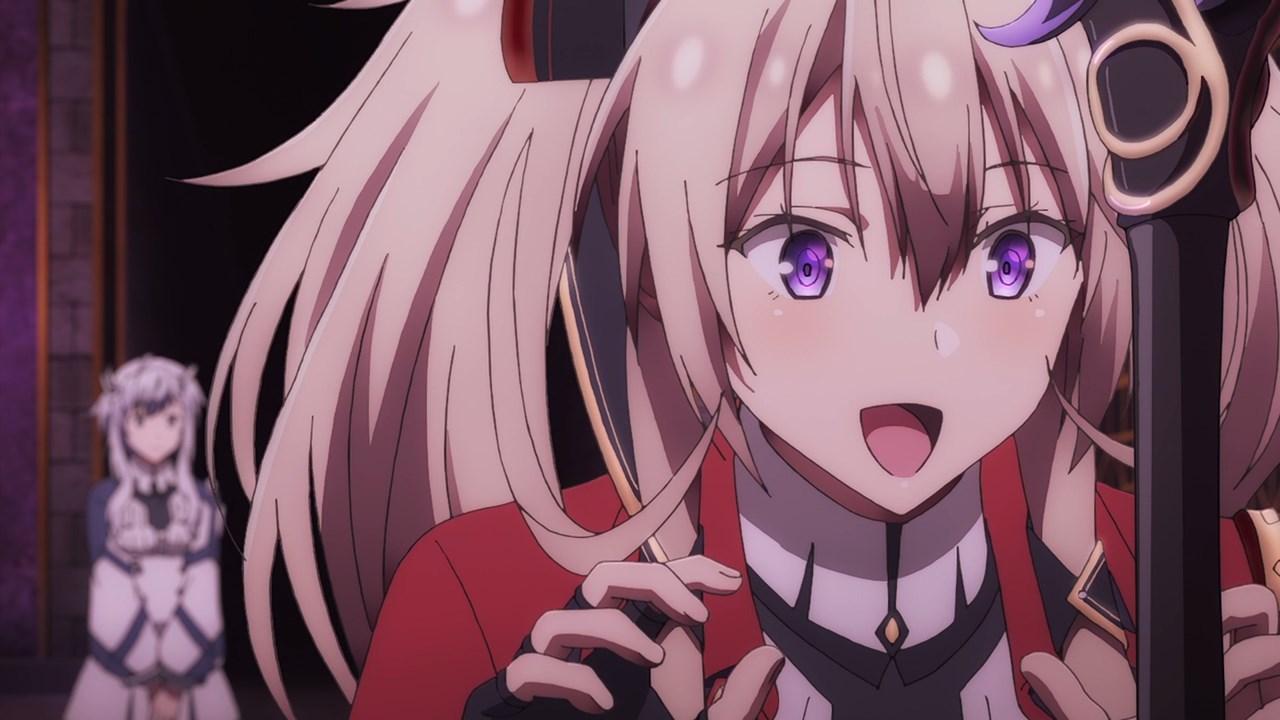 Thanks to Anos’ knowledge of this dungeon, the scepter is finally obtained as Sasha couldn’t believe it that she got her hand on the precious item. 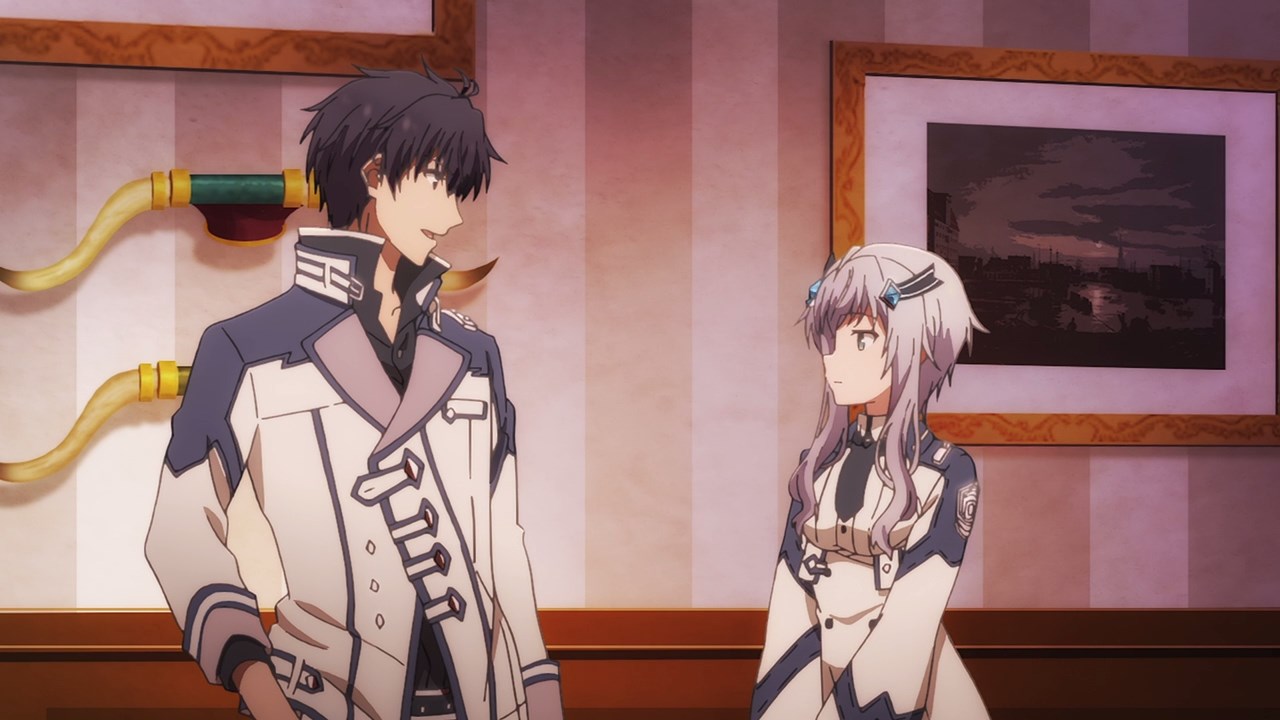 So while Sasha Necron is ogling over the scepter, Anos Voldigoad took Misha Necron to a secret treasure room as he told Misha to pick something up for herself.

Oh, and Sasha too because it turns out that her birthday is coming up tomorrow. 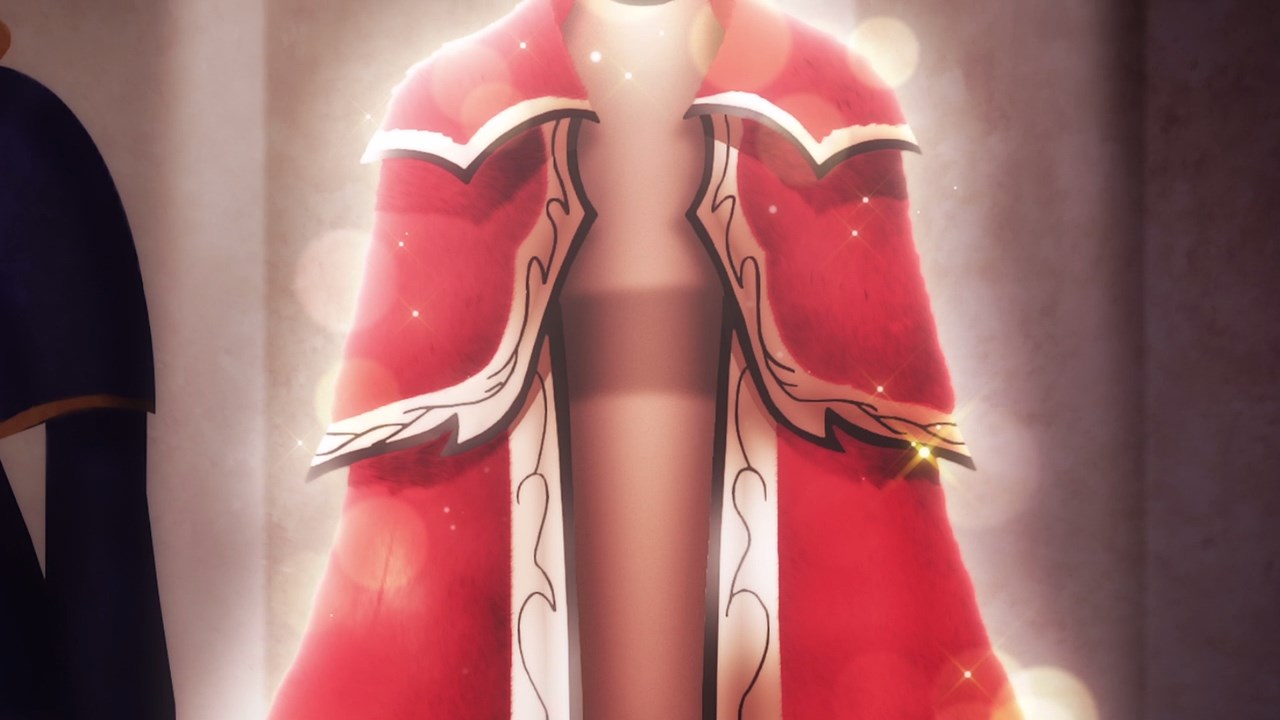 Anyways, Misha picked the Phoenix Robe as Sasha’s birthday present as it emits immortal flames. Not sure if that robe is immune to holy water, but it’s a perfect gift for Sasha.

As for Misha however, she doesn’t need any present because she wants to make her sister happy, although it would be nice if Anos insist of giving her a magic ring or something useful. 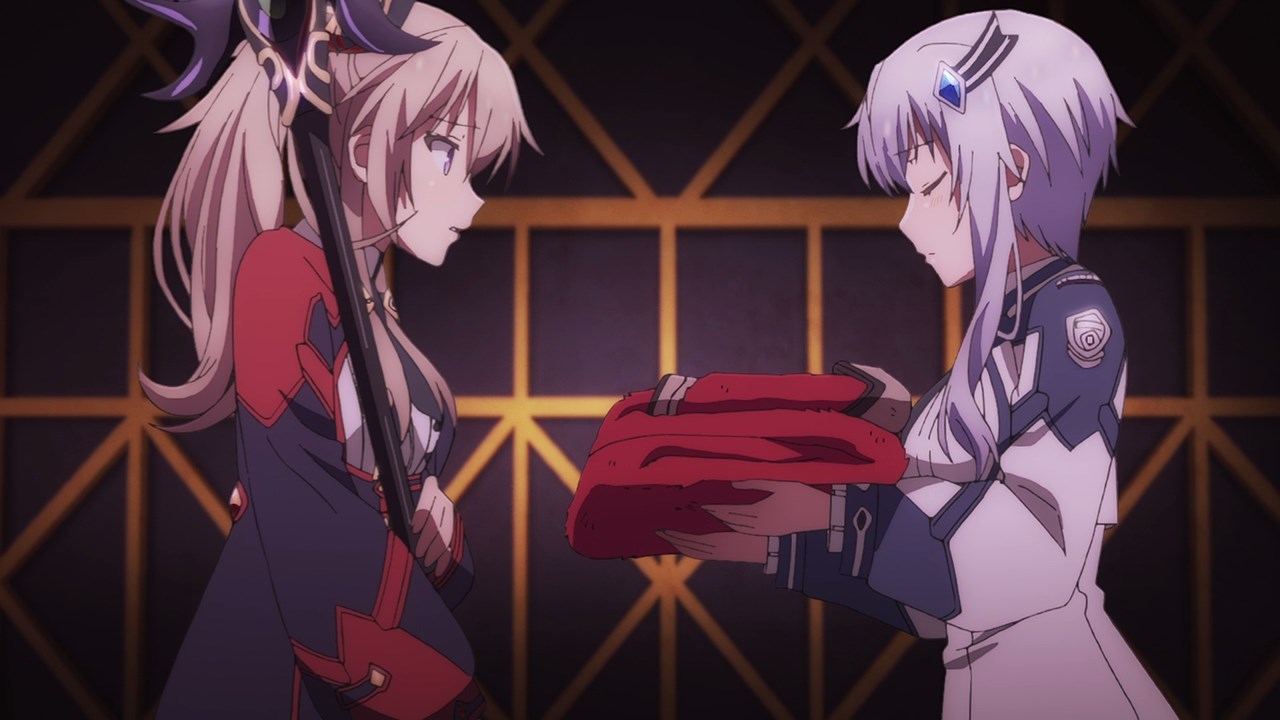 With that said, Misha gave the robe to Sasha as she celebrates an early birthday to her sister. Well then, time to go home ’cause they’re done conquering the Demon Palace Delsgade! 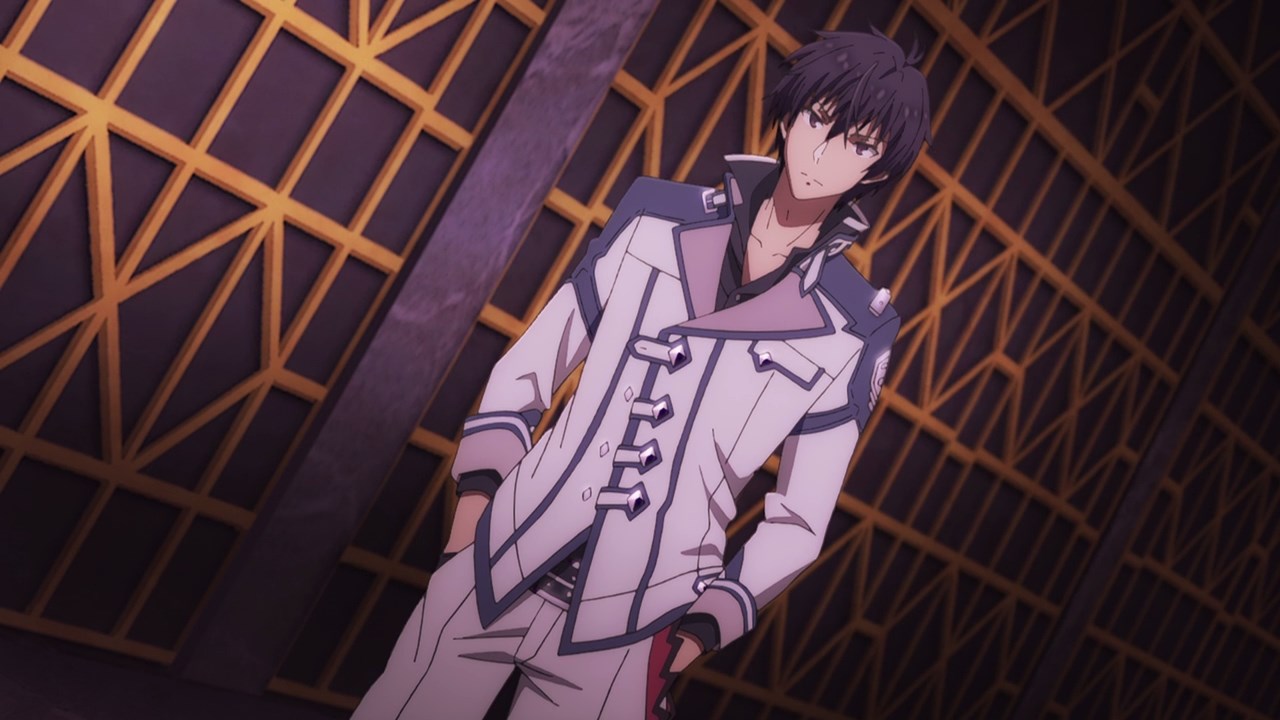 And here’s Anos Voldigoad where he’ll take the girls outside the dungeon before some opposing team might steal the scepter. 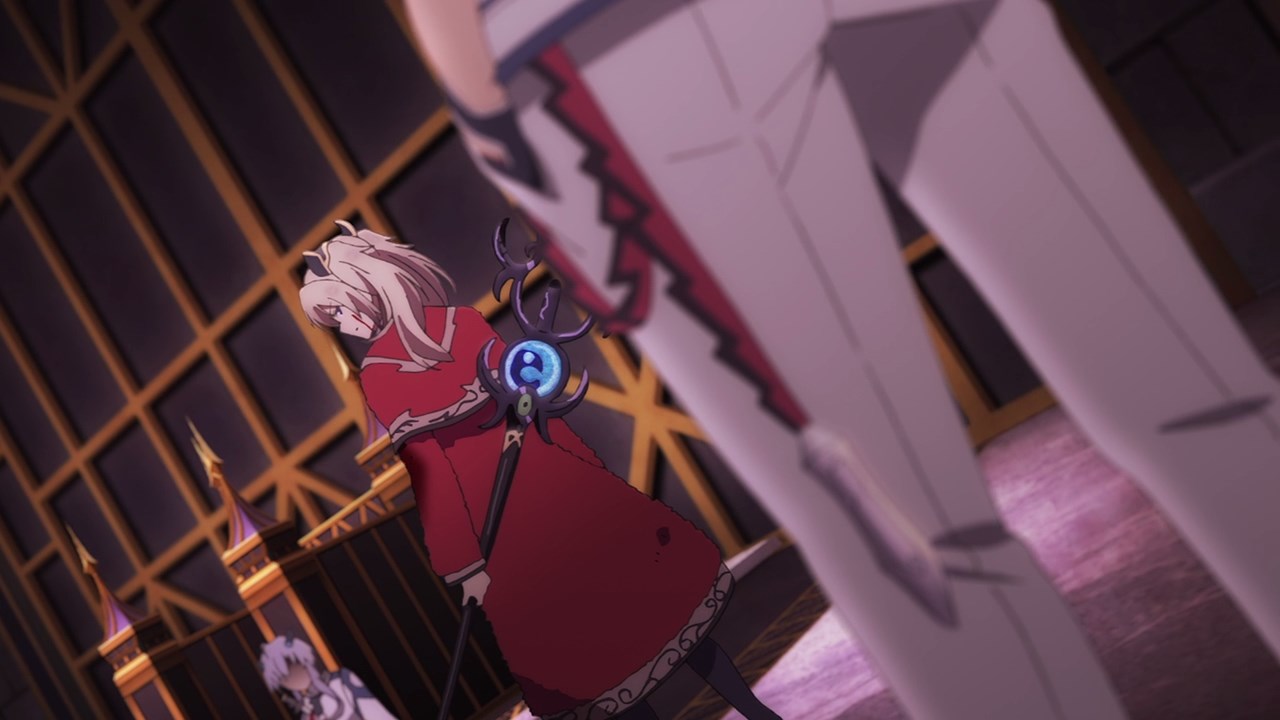 However, it appears that Anos saw Sasha who murdered Misha in cold blood. Dammit, I knew that Sasha is not trustworthy as she wants to play nice so she can get what she wants! 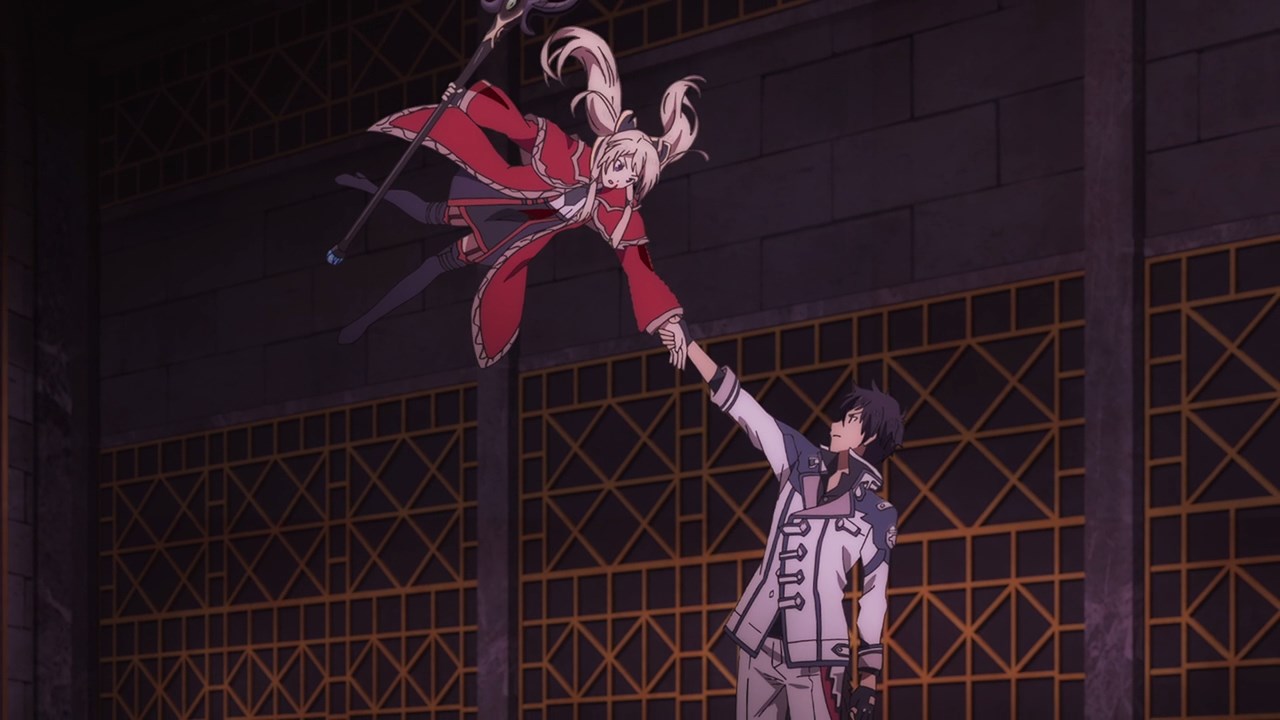 Anyways, time for Anos Voldigoad to teach Sasha Necron a hard lesson on not to betray everyone. So while he lifts Sasha so high that she can’t move… 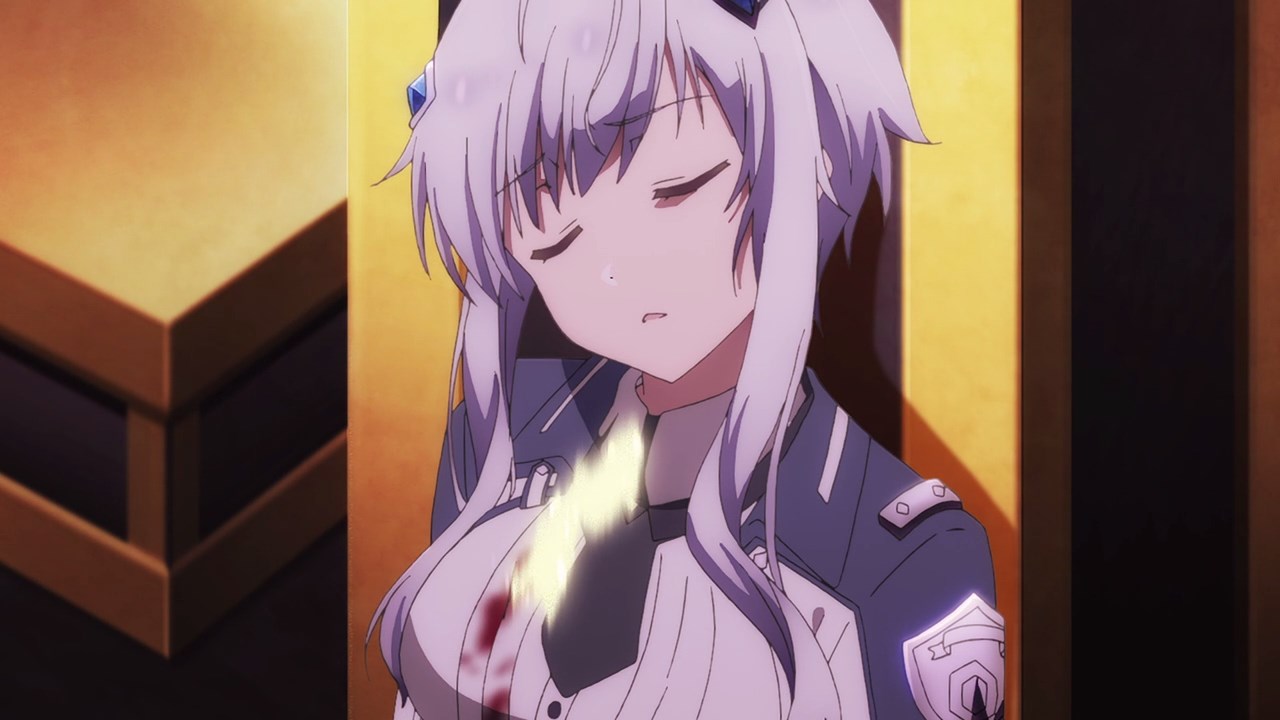 …Anos took out the knife from Misha’s chest and heal her wounds. Man, this demon lord is so OP but what about Sasha? 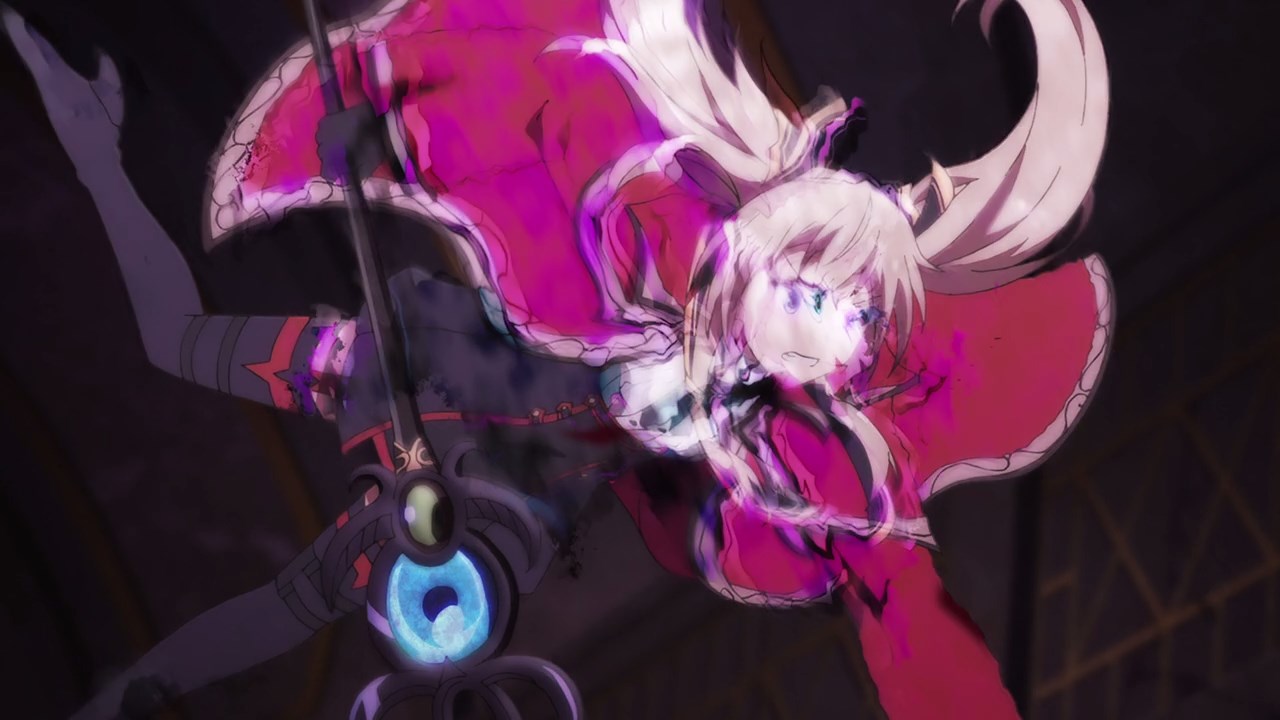 Oh, she’s getting a taste of being crushed by gravity because Anos doesn’t like naughty girls who treat everyone as trash. 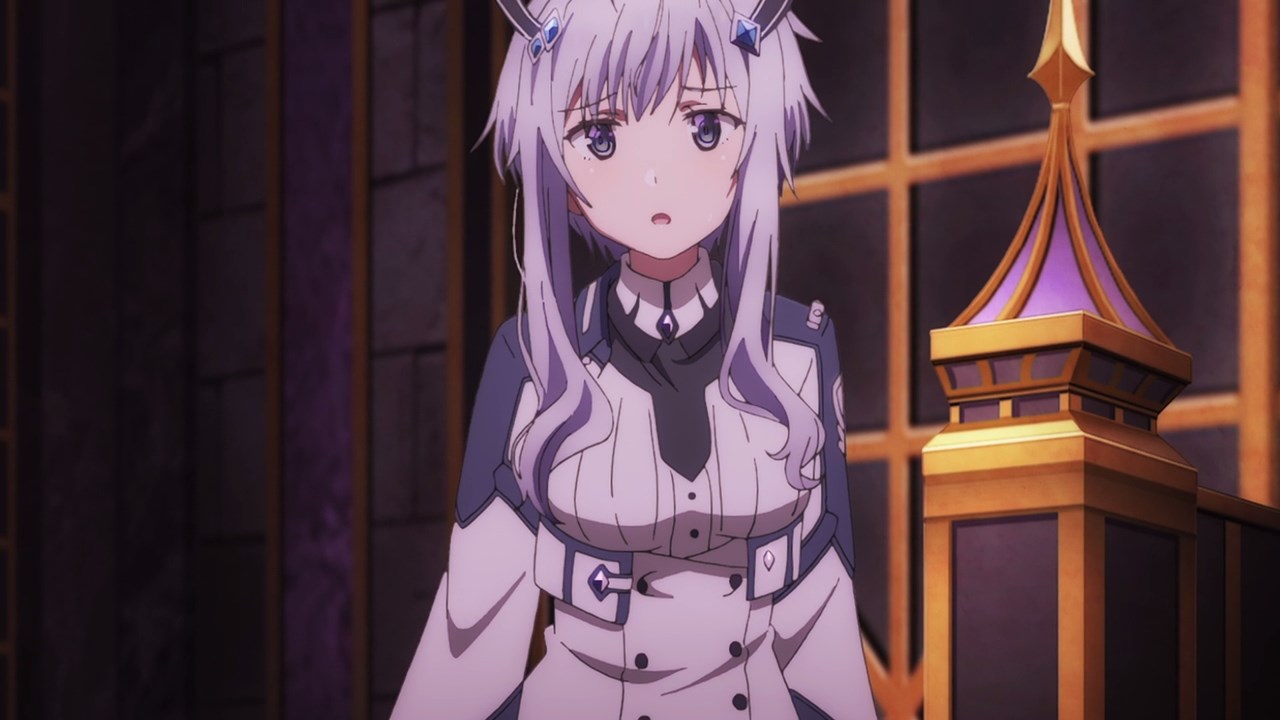 However, it appears that Misha told Anos to stop hurting her sister. Then again, I wonder if he’s merciful towards anyone who hurt the weak? 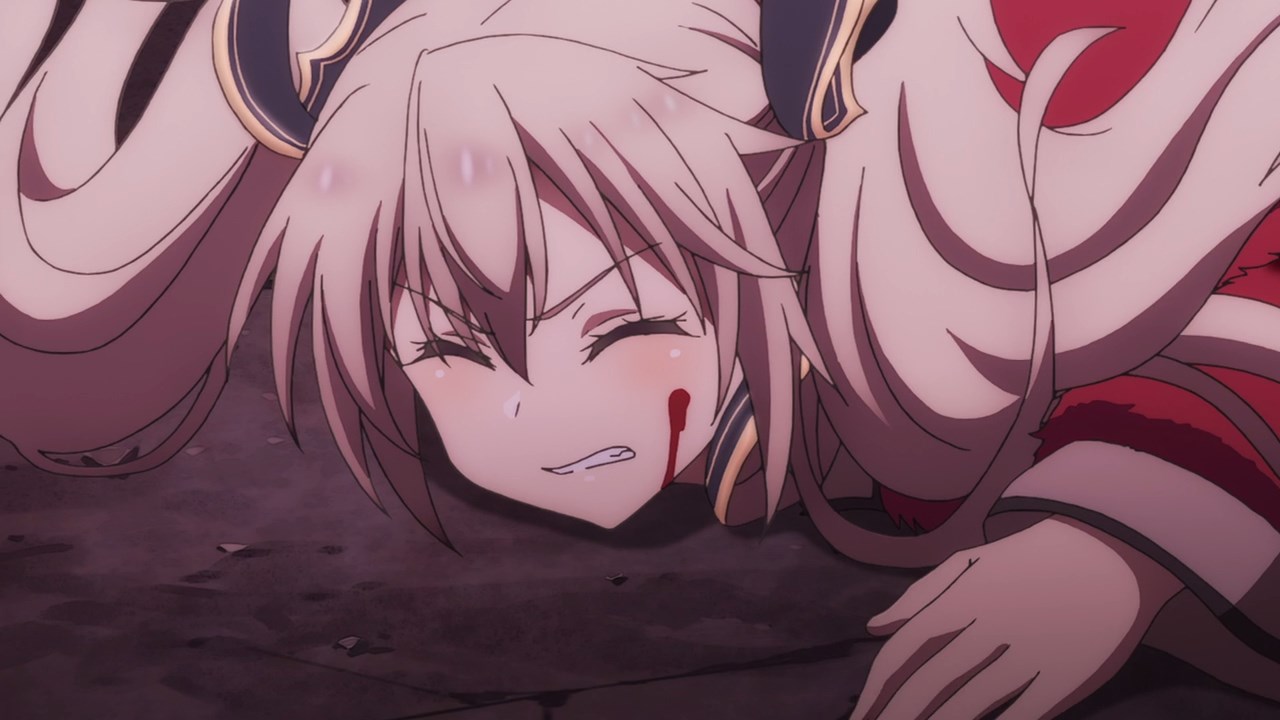 Turns out, Anos Voldigoad decided to let Sasha Necron go as he put this troublesome demon girl down. Let’s hope that she learned her lesson on not to treat others badly. 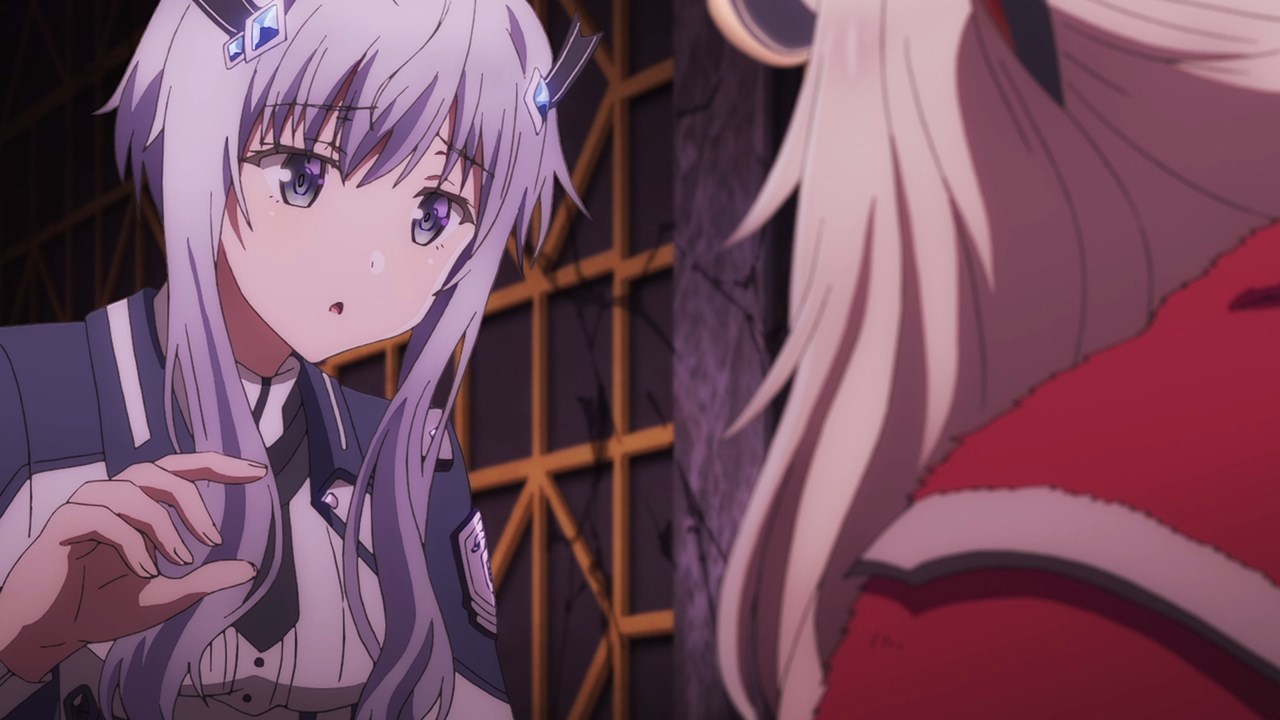 Actually, it appears that Sasha remained stubborn as she still mocks Misha for being an emotionless doll… 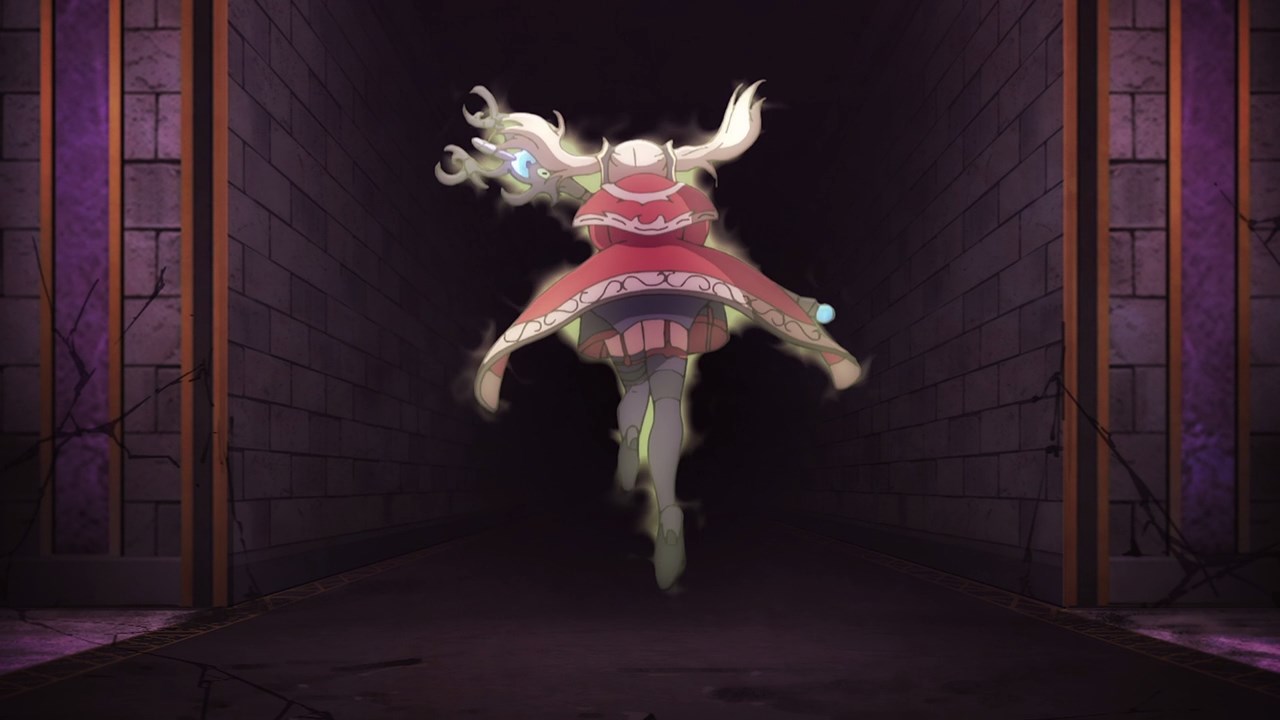 …all while taking the scepter and the robe with her as Sasha Necron makes her escape.

Really, I feel that there’s no redeeming qualities for Sasha as I don’t want her to get away with this treachery! 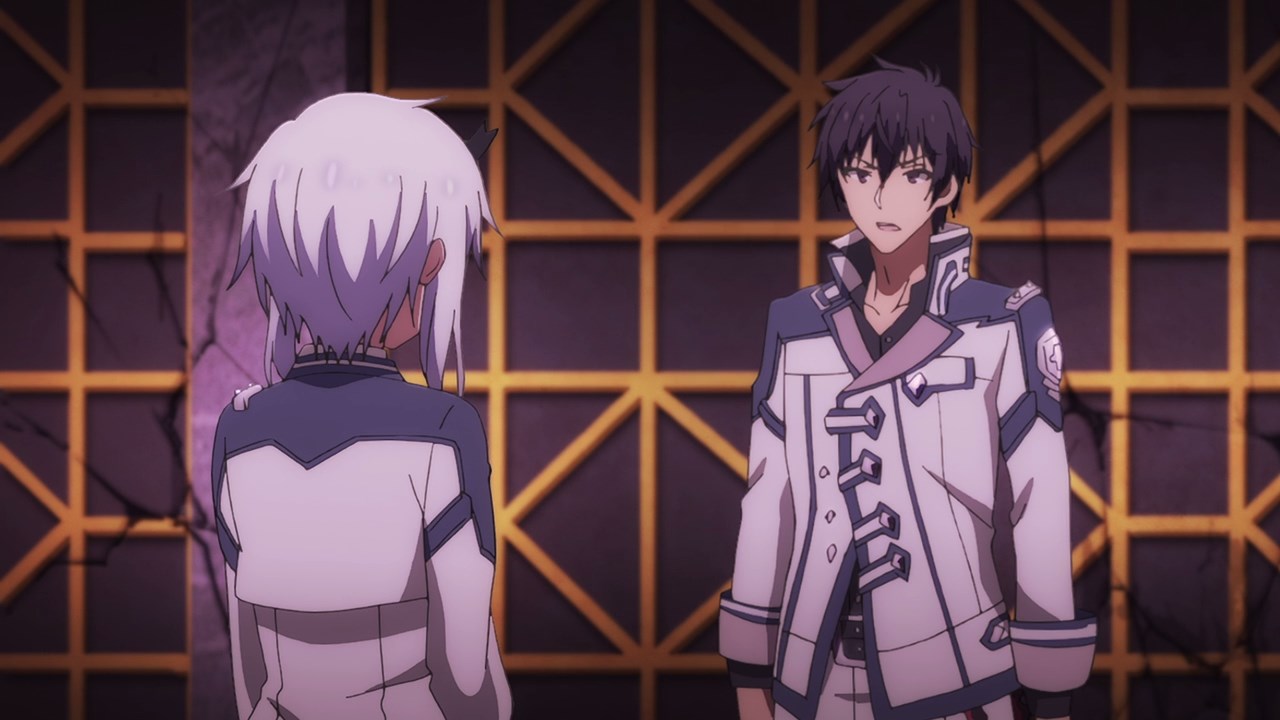 So while Anos Voldigoad will have to chase down Sasha Necron before reaching the exit, Misha wants to tell something important as the reason why Sasha hates her is because she doesn’t exist to begin with. Wait a minute, don’t tell me that Misha is an imaginary friend?

Okay, I feel that I need to learn more about the Necron household as I’ll see you next time for the conclusion of the first story arc!