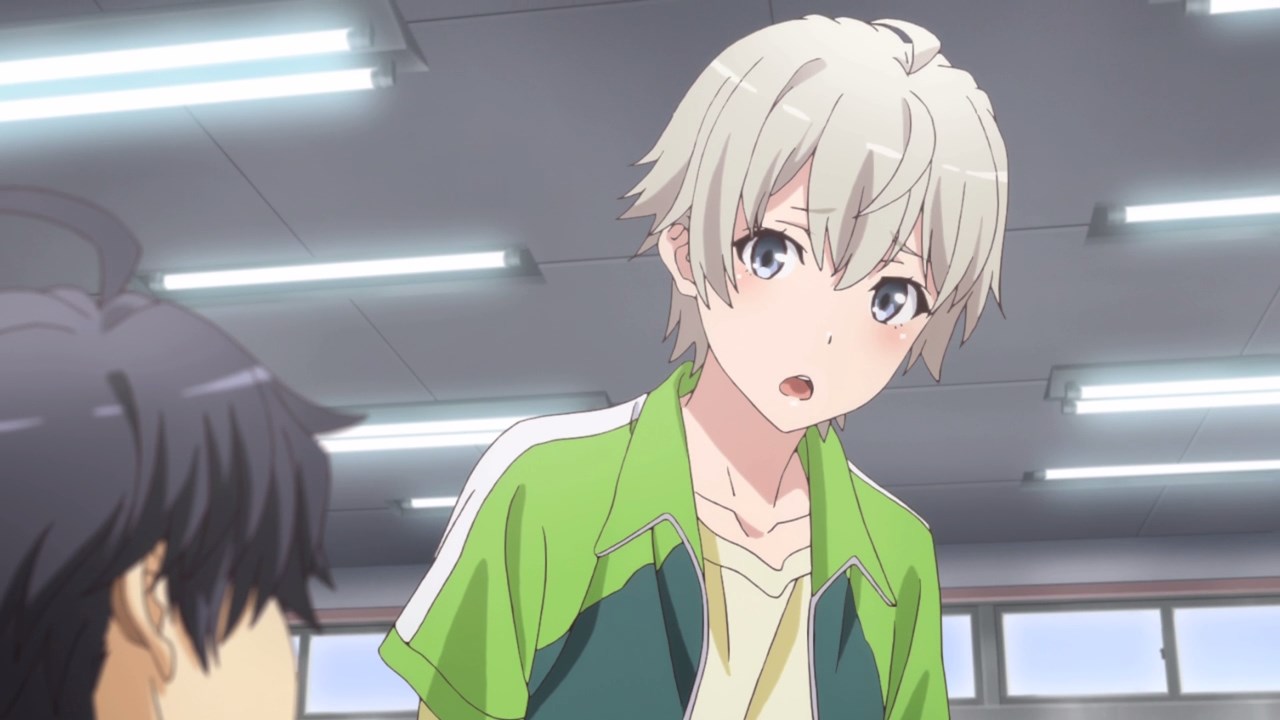 Oh look, it’s Saika Totsuka where he’s still cute as ever. Man, if only Hachiman Hikigaya went to the gay route with Totsuka… 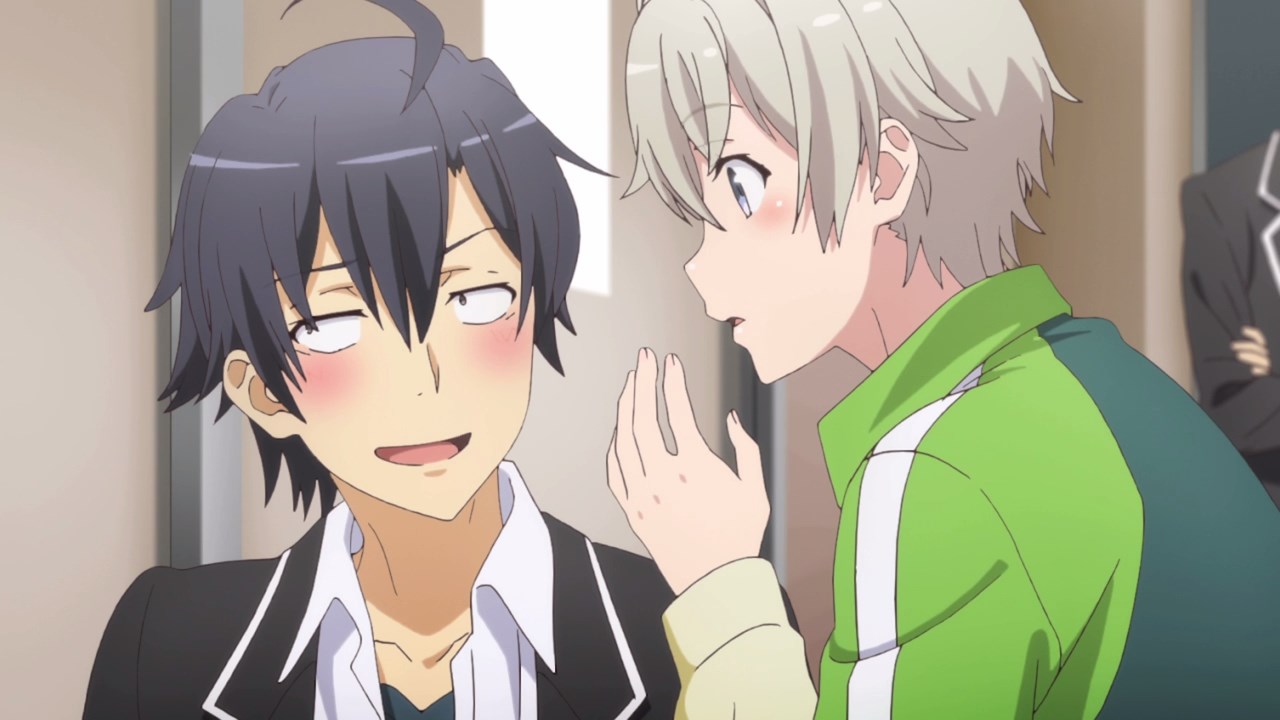 But yes, Saika has returned where he’s really worried about Hachiman getting sleepy. I mean c’mon, Hikigaya and the rest of the Service Club are hosting a prom night in Soubu High School, so there will be a time that they got little sleep. 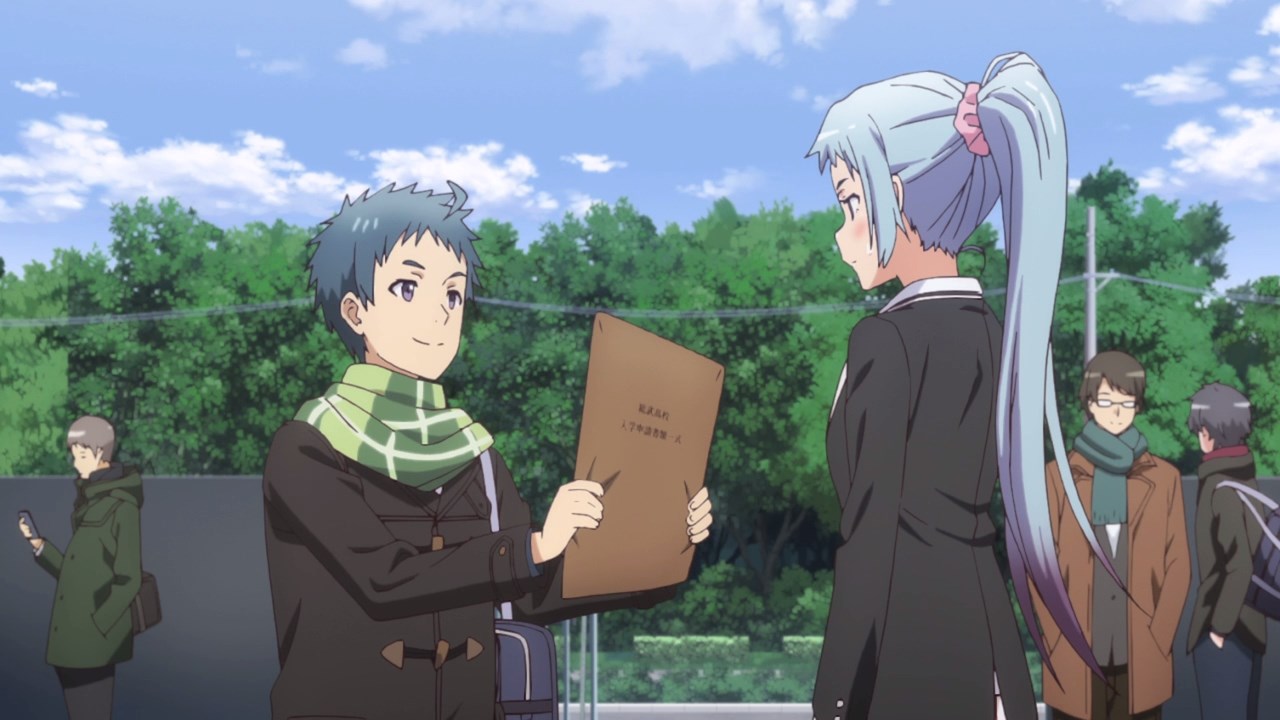 Meanwhile, it turns out that Soubu High School will have new students for the next school year as we got notable people who passed the entrance exam, like Saki Kawasaki’s little brother Taishi where he managed to pass the exam with flying colors.

That’s great for Saki but what about Hachiman’s little sister Komachi? 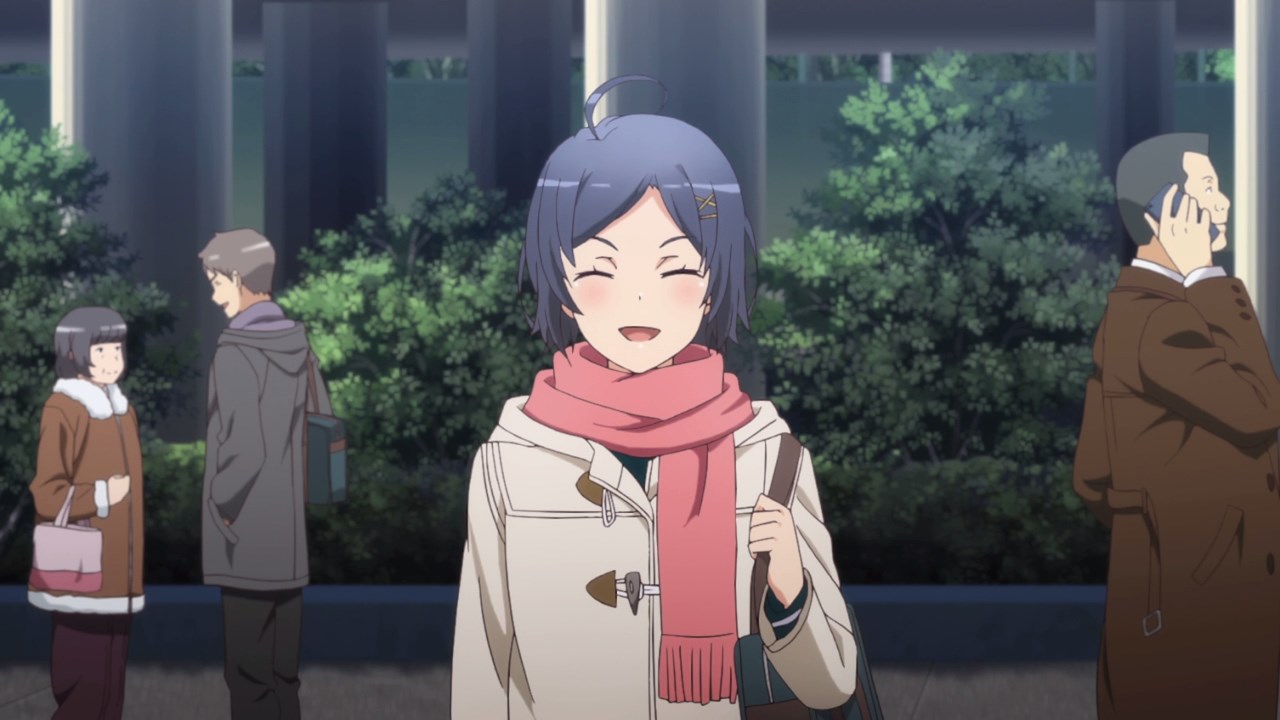 Well, she really did pass the exam so congratulations to Komachi Hikigaya for becoming a student of Soubu High School. Man, it’s full of emotions on this important moment! 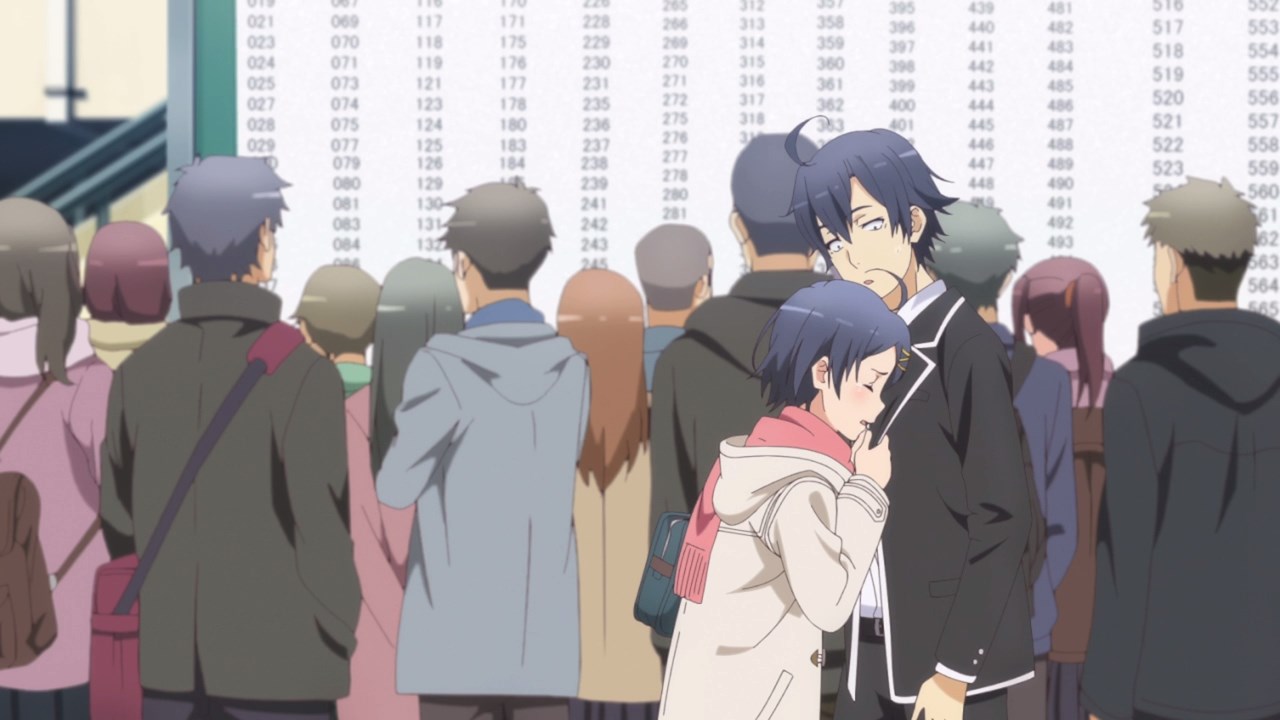 But yes, I’m glad that Komachi Hikigaya and Taishi Kawasaki passed the entrance exam, which means that the next school year would be livelier than ever before! 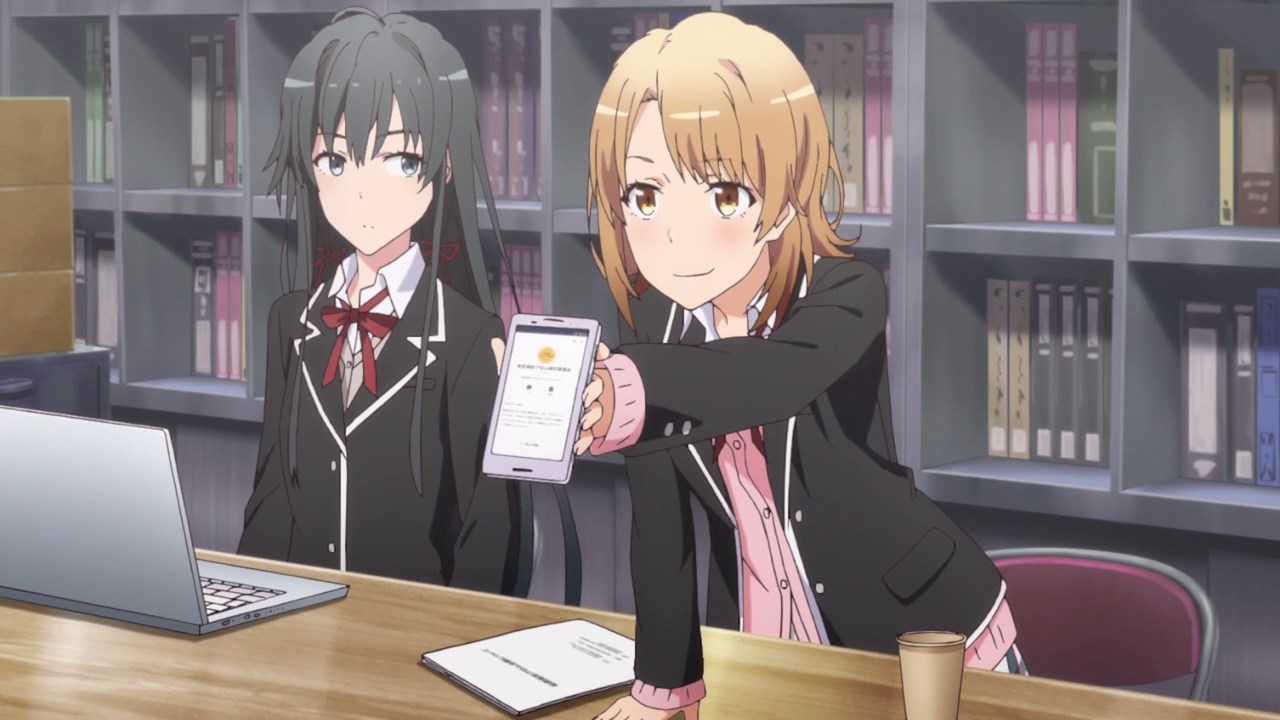 Now then, it’s time to tackle the prom night where Iroha Isshiki made a social media account to promote the event. C’mon, social media is essential in this day and age other than promoting an event at the school’s bulletin board.

Still, the only thing that Yukino Yukinoshita and the rest of the committee will need to do is to set up a venue and introduce the entire student body into the world of promenade. 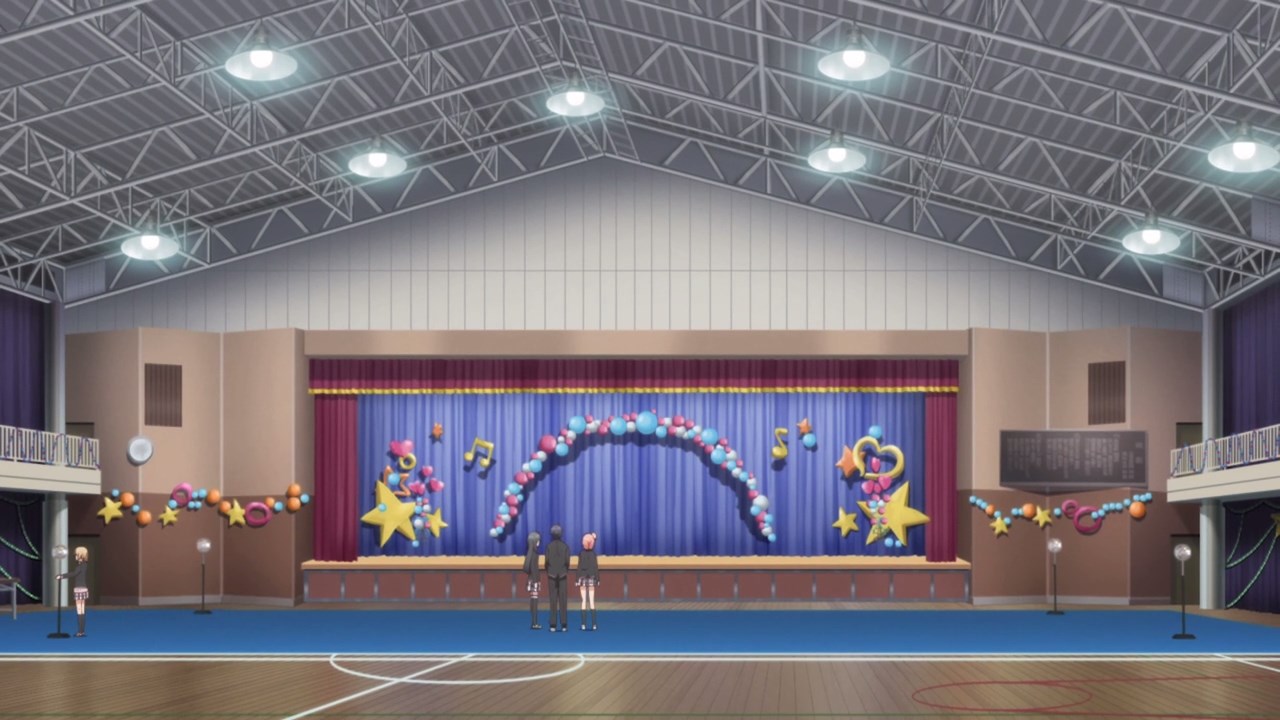 First up is the venue where Yukinoshita managed to secure the gym as the venue for the prom night.

Well, you may thank her for convincing the student council to lend them a place to hold the event, which makes me wonder why Yukino didn’t become the student council president in the first place. Then again, she has some reasons not to join the council. 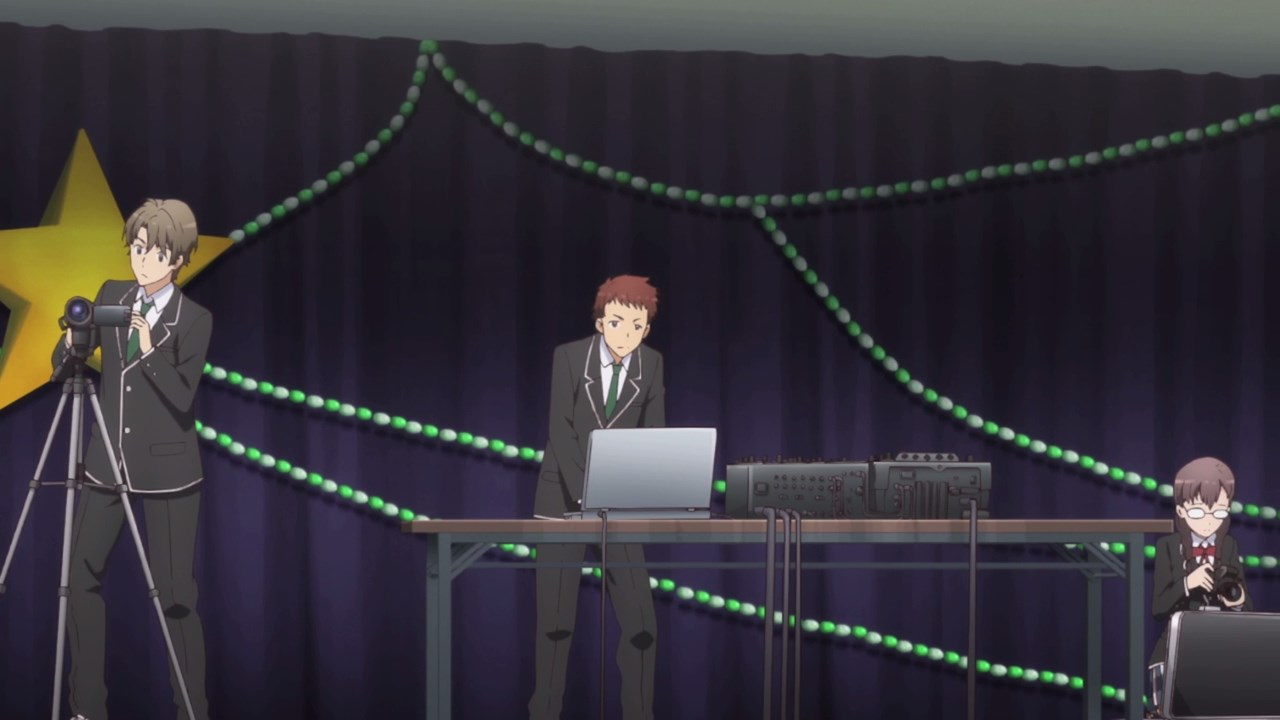 Anyways, this venue is all set-up where the crew will put up a light show and blast its speakers with some sweet boppin’ music.

Of course, they’ll use the equipment on the actual event but for now, the students will use it to record the promotional video for the prom night. All we need now are the actors. 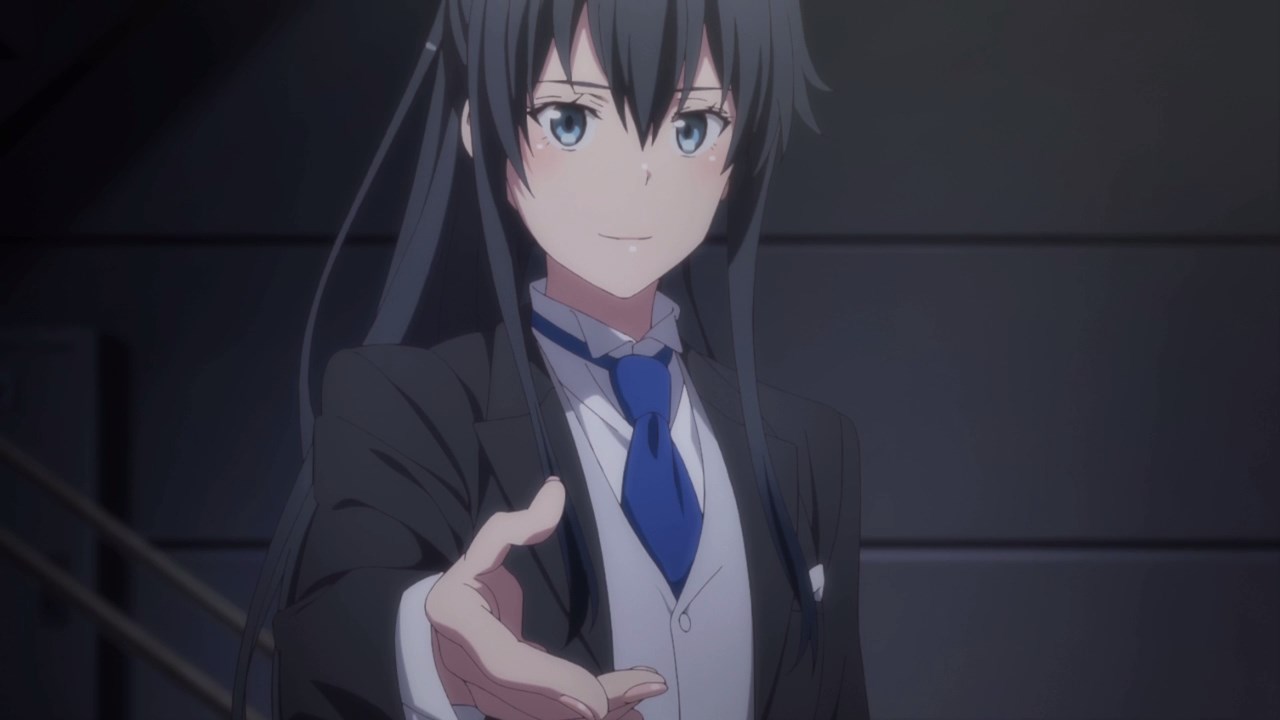 And let’s start things off with the star of the show as Yukino Yukinoshita is dressed-up as Ms. tall, dark, and handsome. She’s really perfect for a prom king! 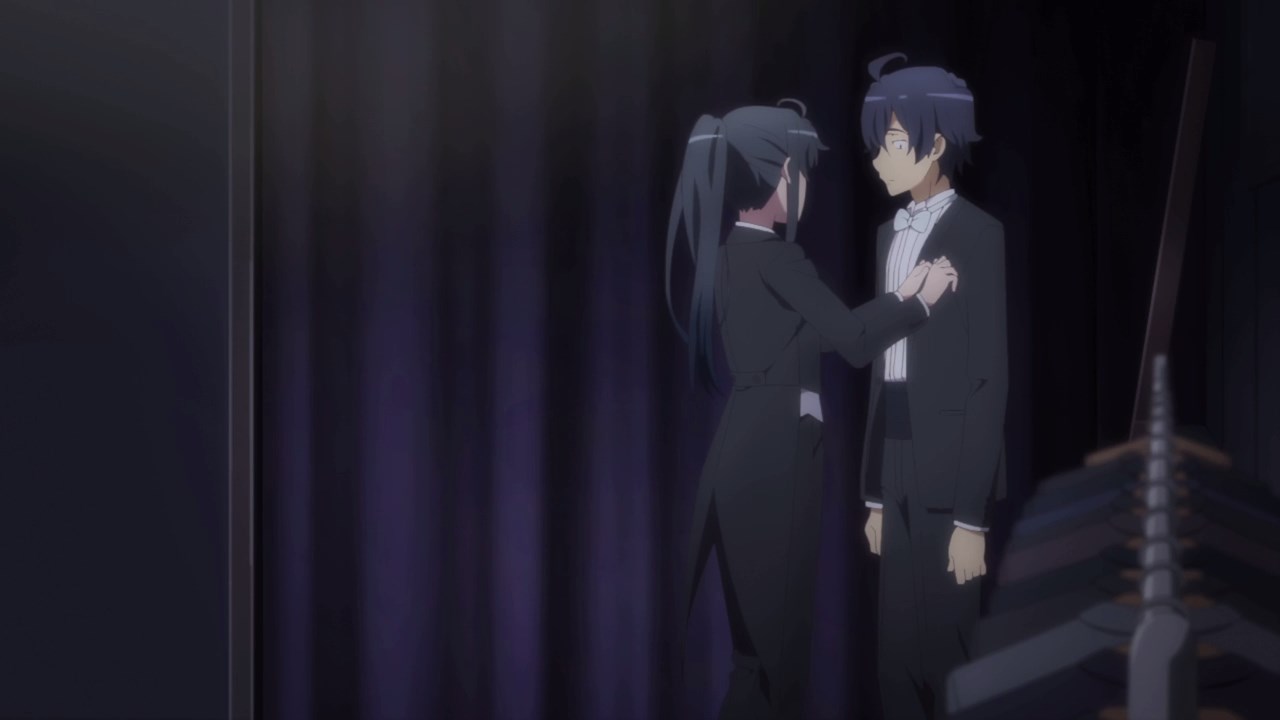 Also, here’s Hachiman Hikigaya where he doesn’t look bad while wearing a tuxedo. Just a little touch-up from Yukinon and Hachiman will look even more stunning. 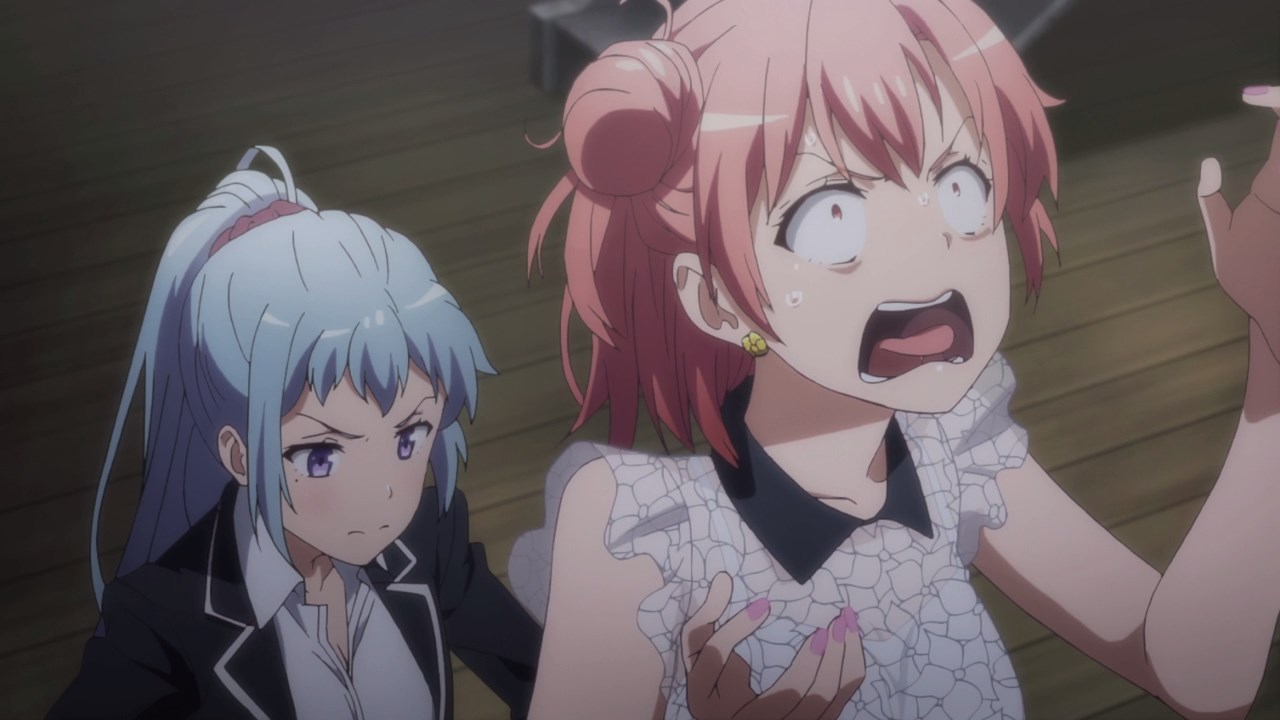 Meanwhile, looks like Yui Yuigahama is ready to go, although Saki Kawasaki is putting some fine adjustments on Yui’s dress before the main event. 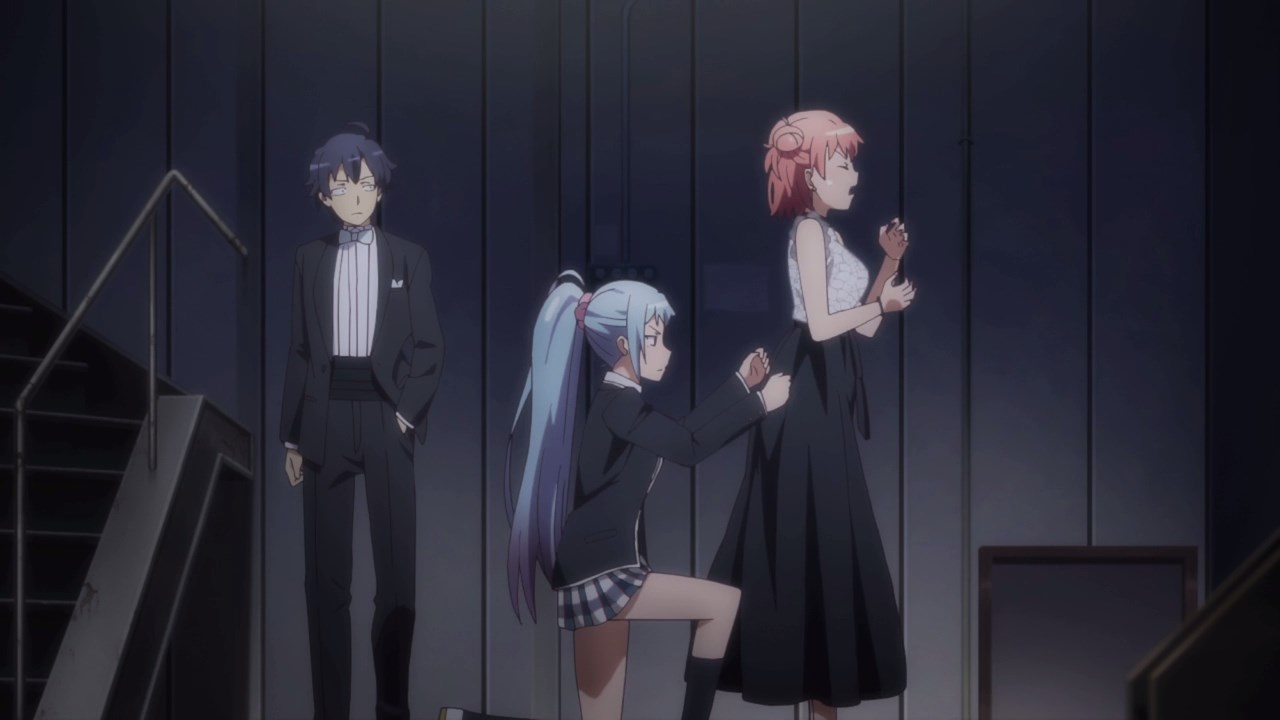 Oh and here’s Hikigaya where he’s going to escort Yuigahama to the ball once Kawasaki is done tightening her dress.

Regardless, I have to say that everyone is ready to party… for a promotional video of course. 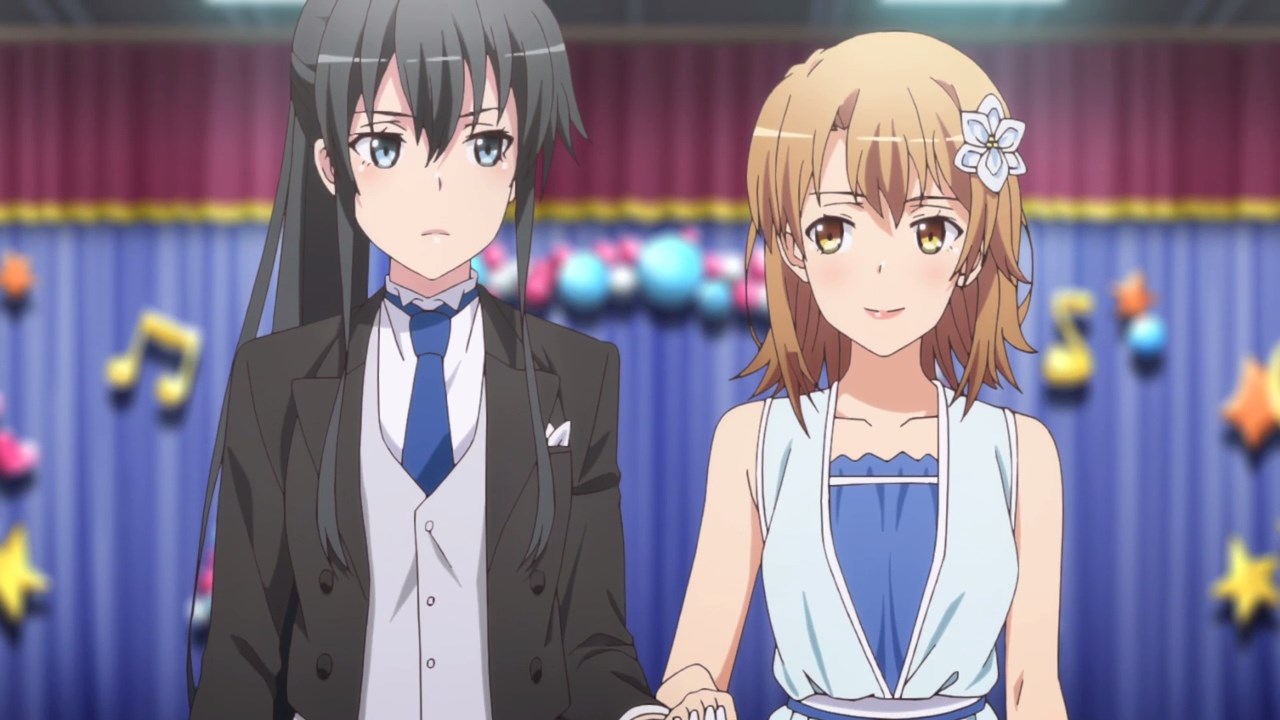 And here’s the star of the show as Yukino Yukinoshita and Iroha Isshiki went to the dance hall as prom king and queen.

Sure that Iroha wants Hayato Hayama as the prom king, but I rather have Yukinon instead because she looked handsome! 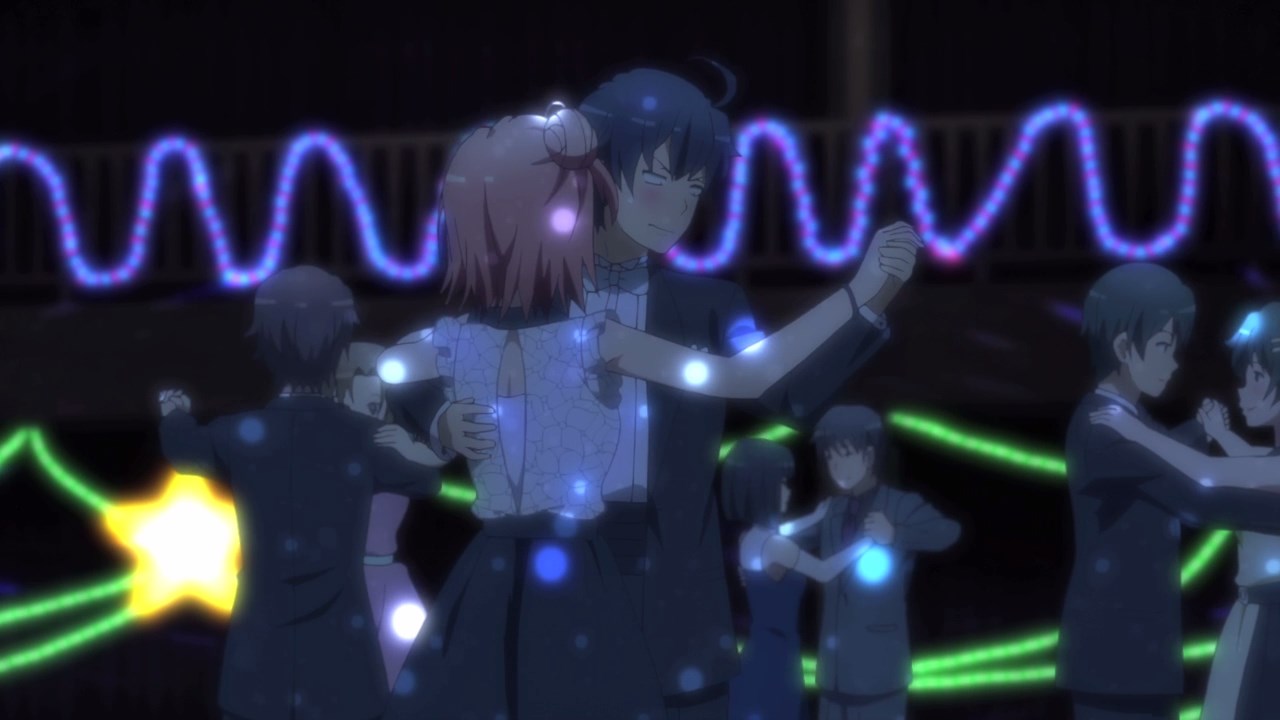 Also, here’s Yui and Hachiman dancing at the ball along with other students who will be acting as extras for the promotional video. Gotta do their part in order to make the prom night a success. 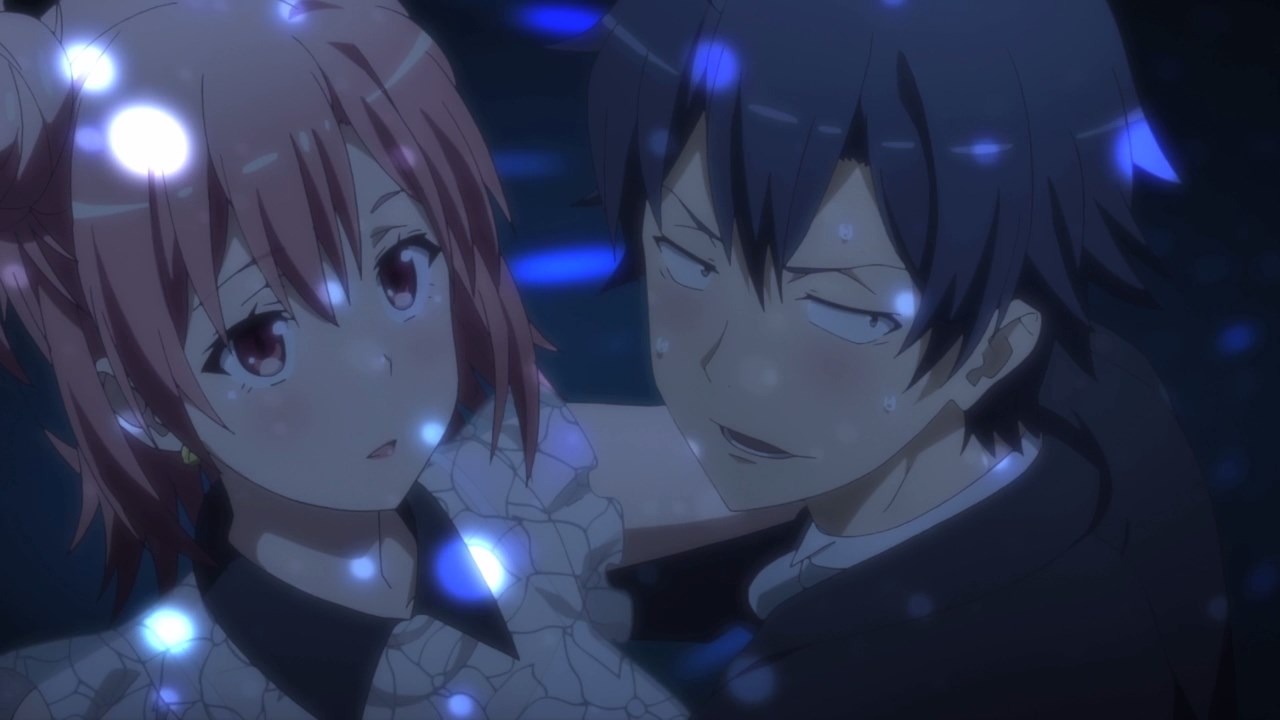 On second thought, it appears that Hikigaya couldn’t handle the crowd very much. I hope he won’t spoil the actual prom night just because Hachiman doesn’t like dancing with a girl.

And that’s about it for this week’s episode and it seems that the preparations for the prom night is going smoothly. Let’s hope that there won’t be some hiccups along the way but as for the love triangle? I hope that there will be a satisfying conclusion.