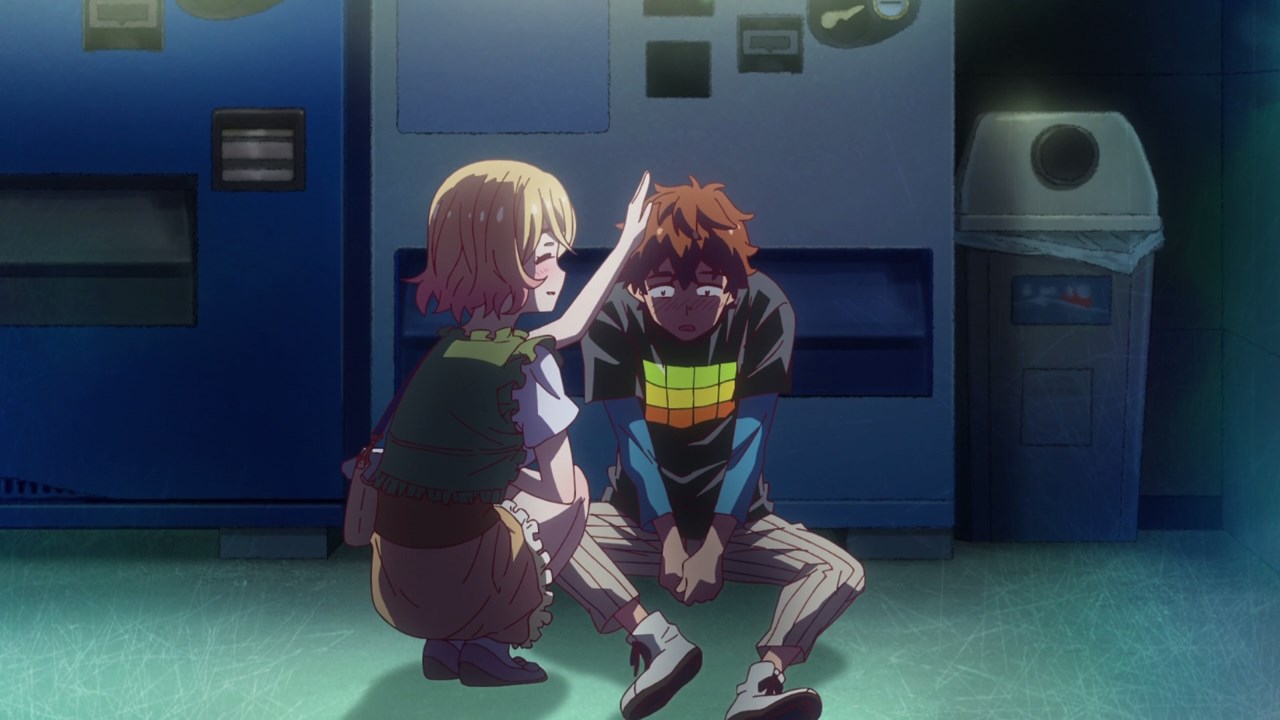 Well everyone, are you still mad towards Kazuya Kinoshita, especially when he took Mami Nanami’s side after she said mean things to him.

Oh yeah and as for Mami-chan, she apologize to him but I really doubt it. C’mon, Nanami already have a new boyfriend who’s better than Kinoshita… in bed. Then again, she might not have a boyfriend at all. 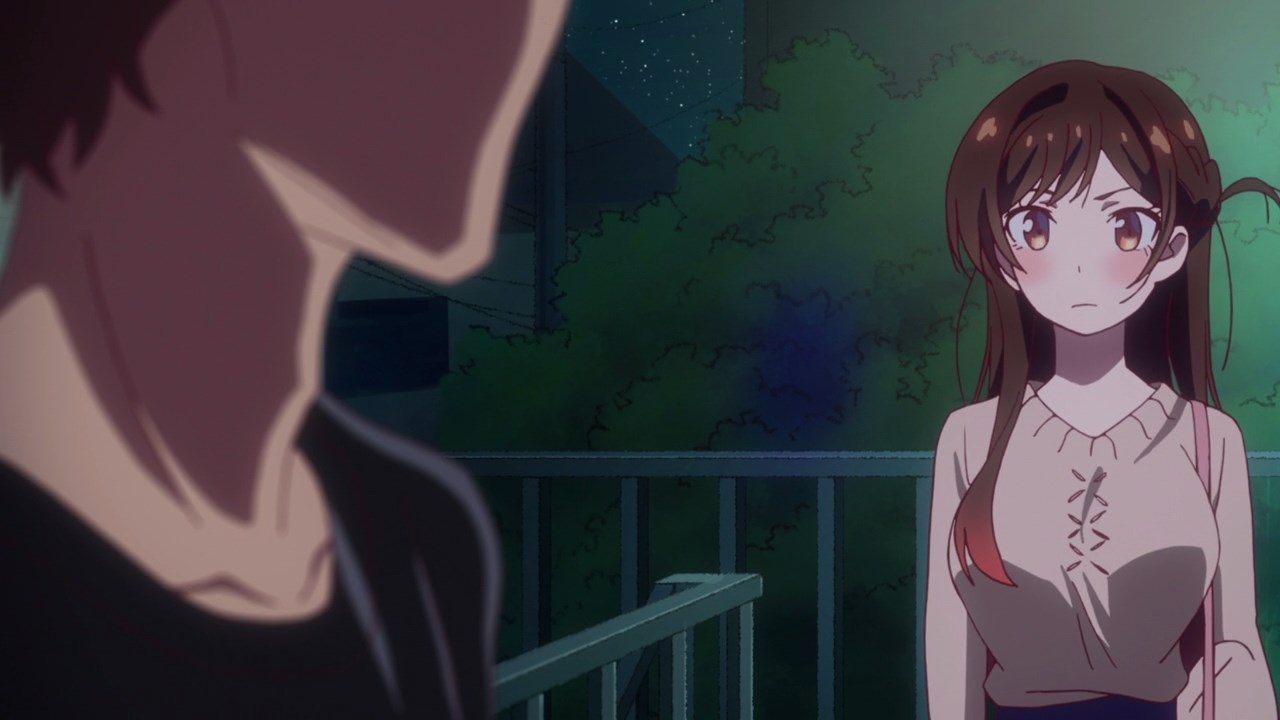 Meanwhile, Chizuru Mizuhara has arrived at her apartment but instead of going straight to bed, Chizuru encountered Kazuya who’s sulking like a baby.

By the way, Mizuhara forgives Kinoshita for siding with Nanami because c’mon, she’s a rental girlfriend after all. 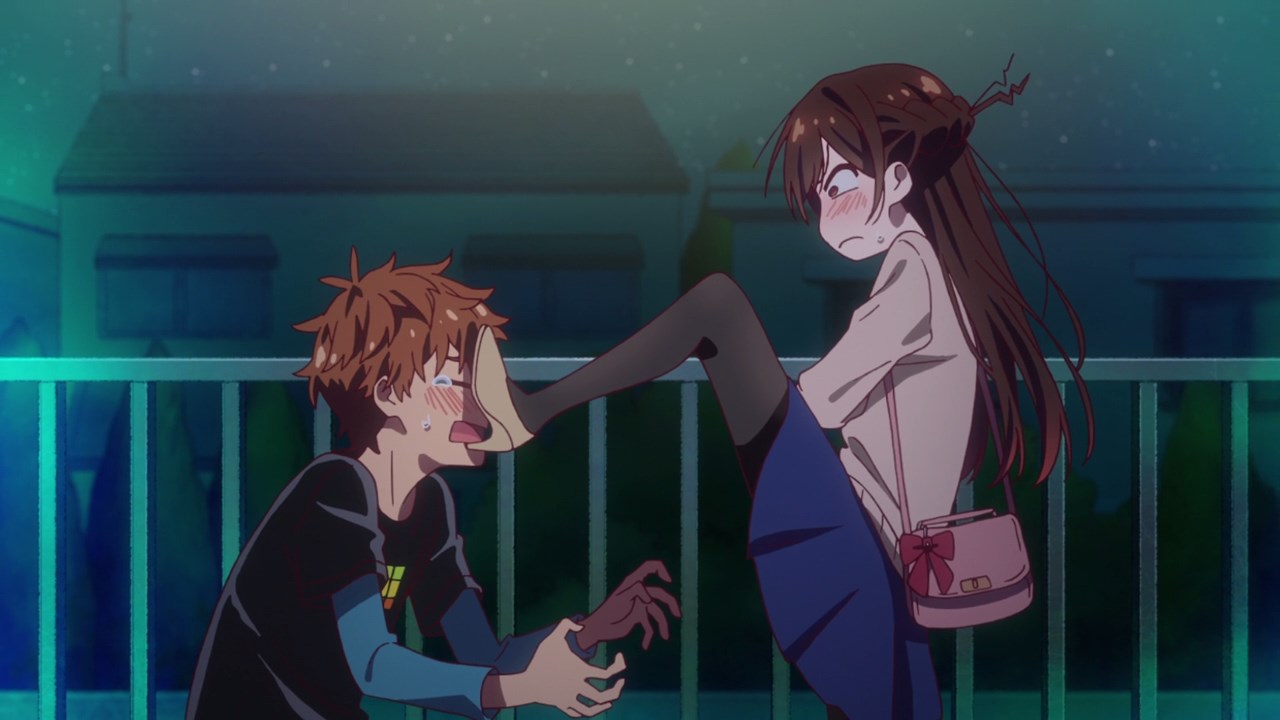 But, Mizuhara won’t forgive Kinoshita for dodging payments. Um Chizuru, would it be better if you have a decent job instead of being a rental girlfriend? 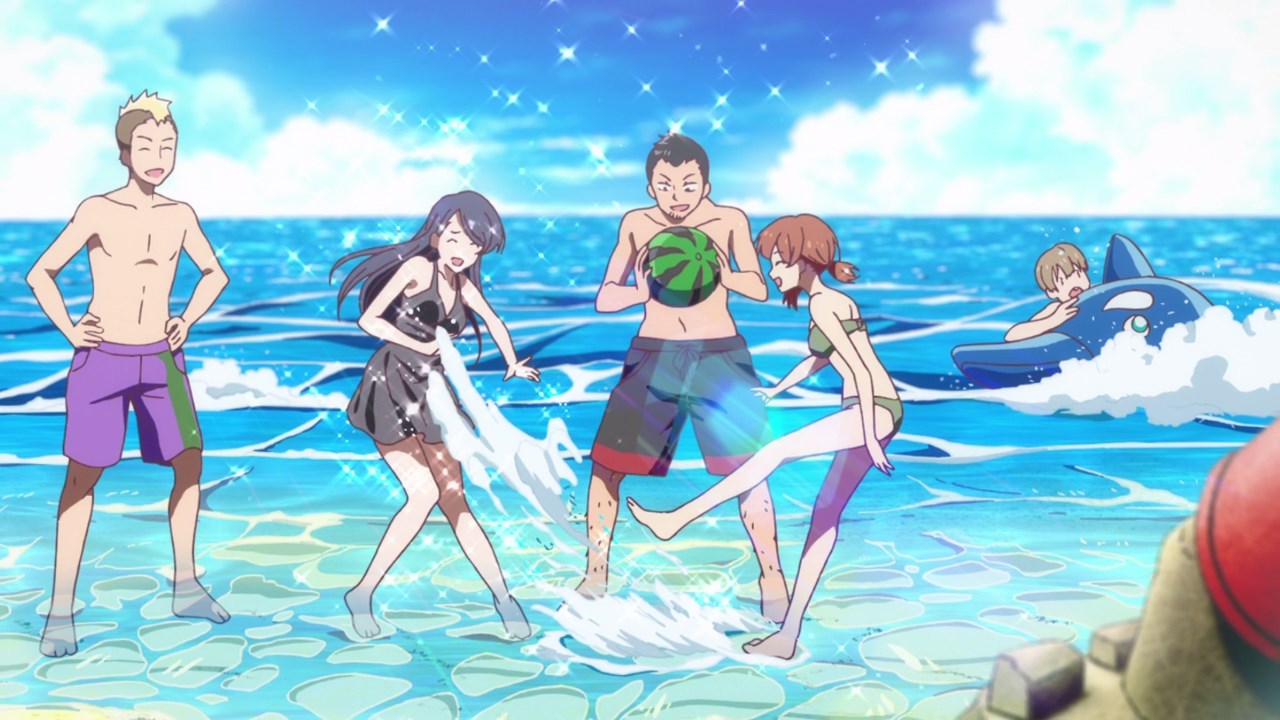 Now then, let’s move onto the next scene as Kazuya and his friends went to a beach at the Izu Peninsula.

Let’s hope that Kinoshita won’t encounter his rental girlfriend as Kazuya needs to take a goddamn rest for all the stupidity that he made! 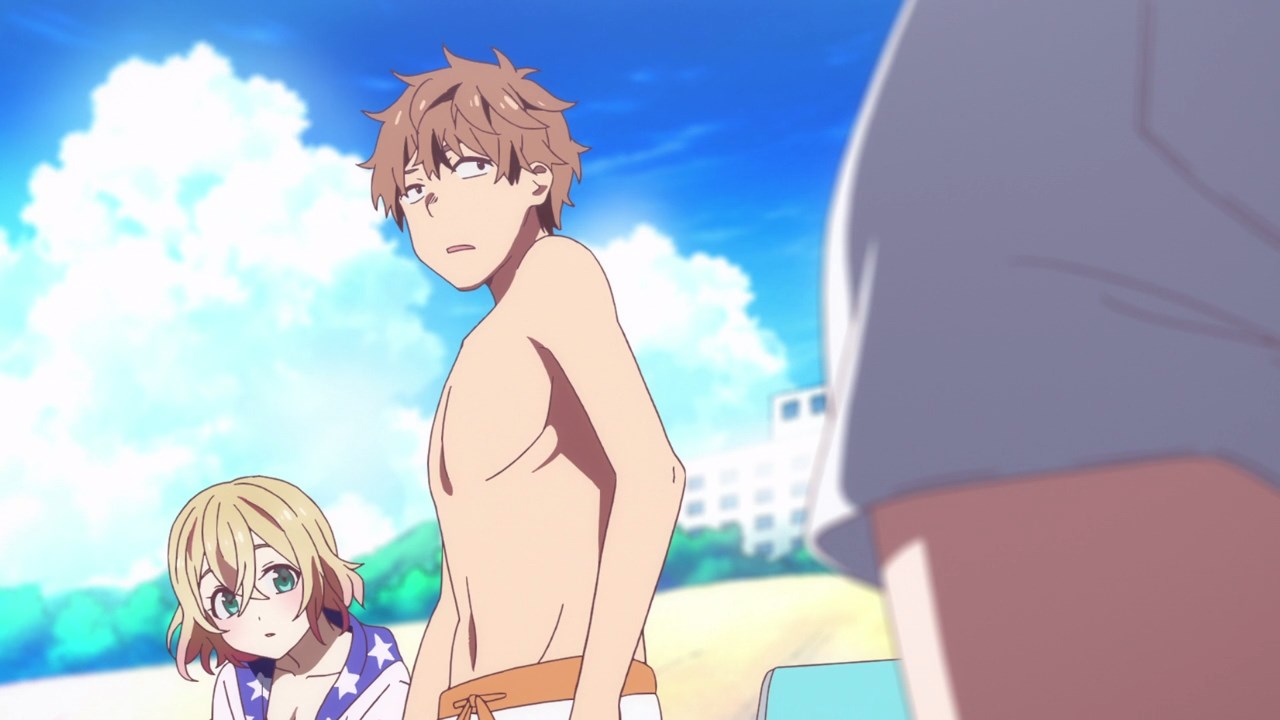 Unfortunately, it appears that Kazuya won’t take a rest because he encountered a familiar person. 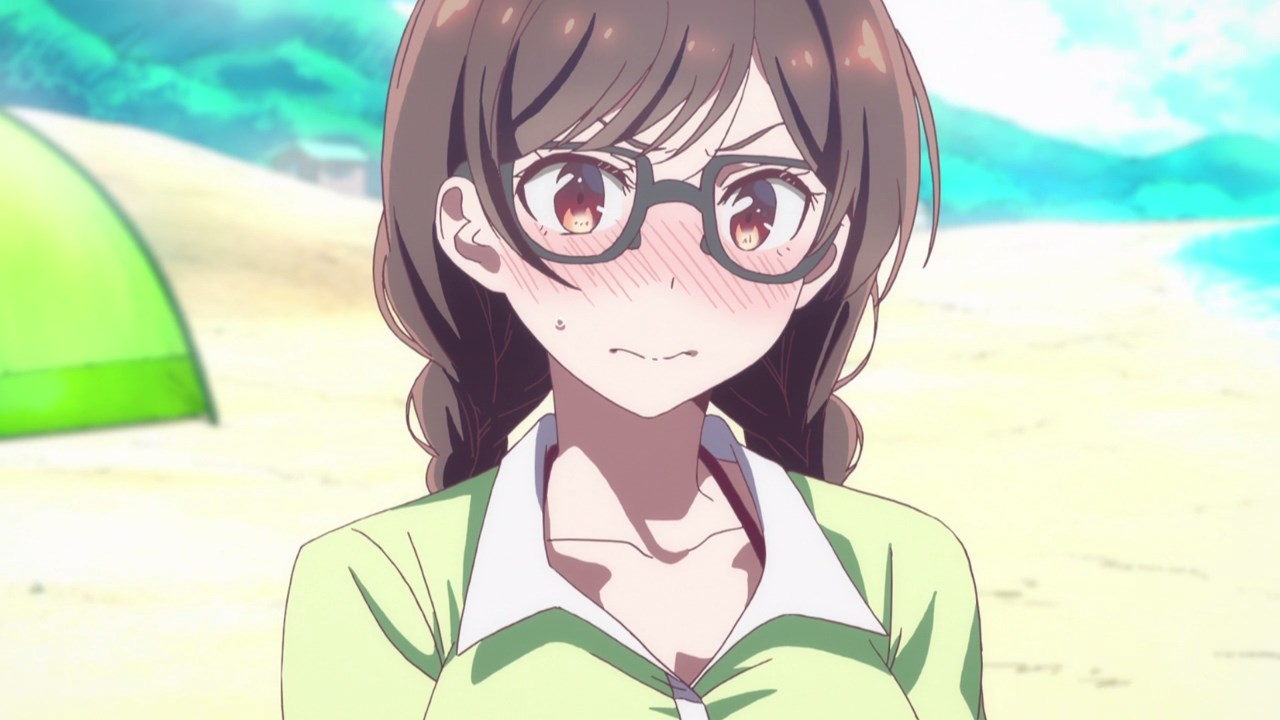 That’s right, it’s Chizuru Ichinose who is a complete stranger to him. Seriously though, how did Ichinose end up in Izu Peninsula? 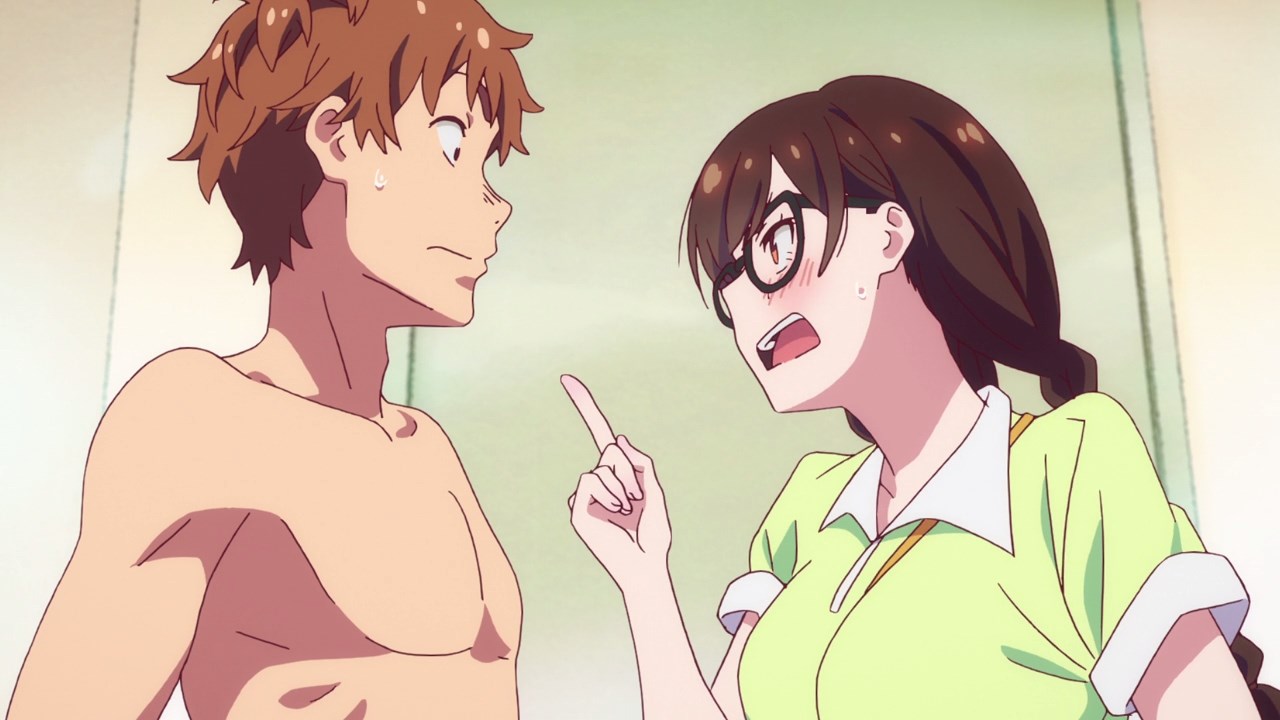 Still, Chizuru told Kazuya not to reveal their secret to everybody, including her job as a rental girlfriend. God, when will they stop their charade? 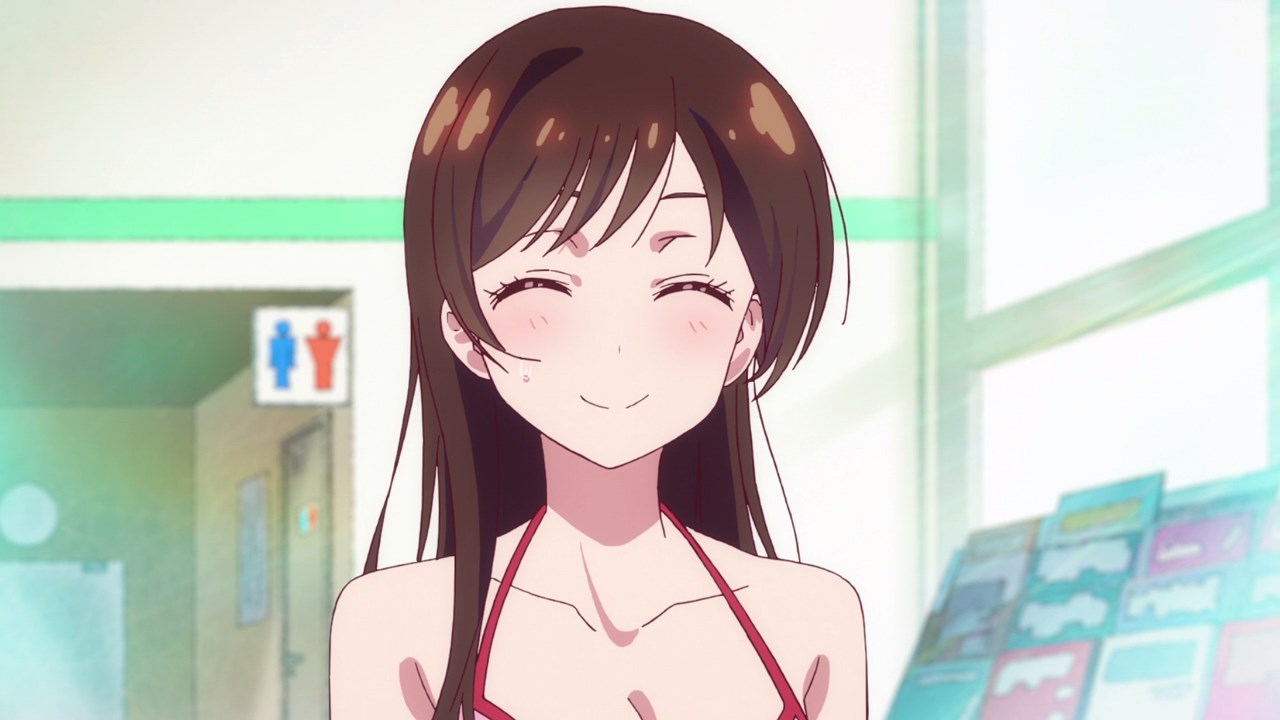 But if someone got suspicious towards them, Chizuru Mizuhara will come to the rescue as Kazuya Kinoshita’s girlfriend. Let’s hope that he still has some cash to pay her afterwards. 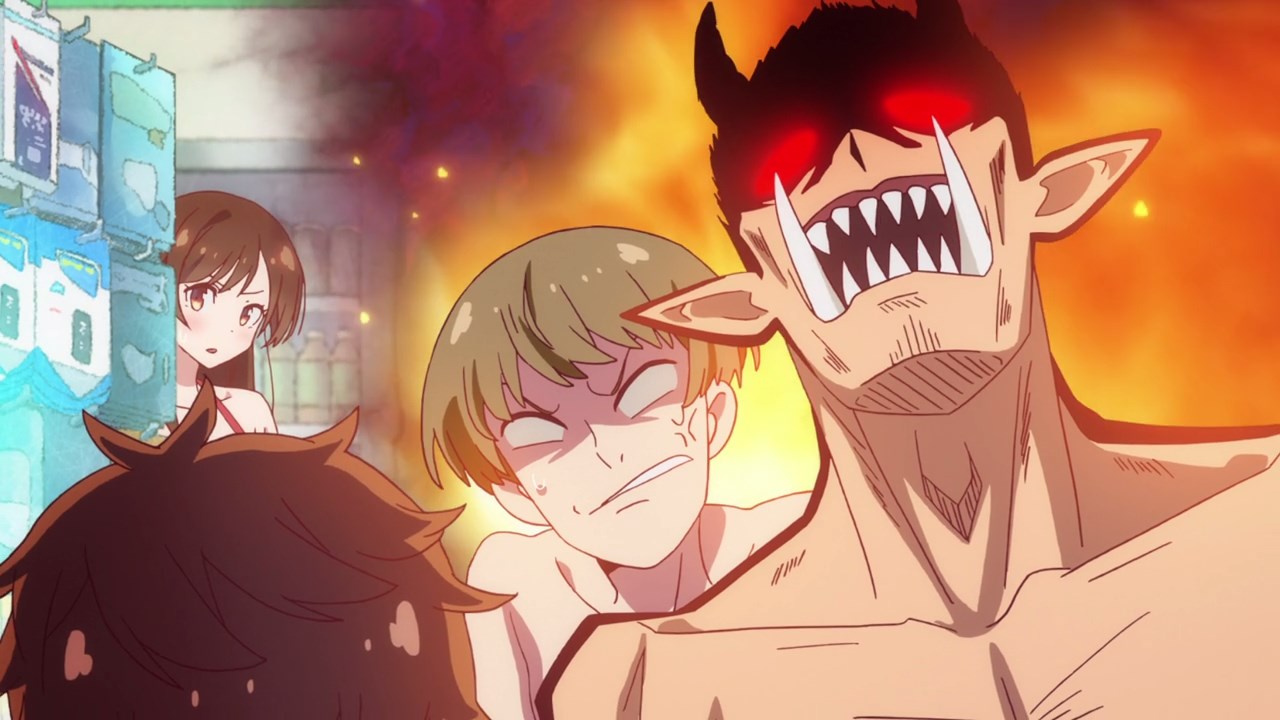 But yes, everyone got angry towards Kinoshita because c’mon, what if they learned that Kazuya already have sex with Chizuru?

Pfft, that’s impossible ’cause Kinoshita is a stupid virgin who dug his own grave! 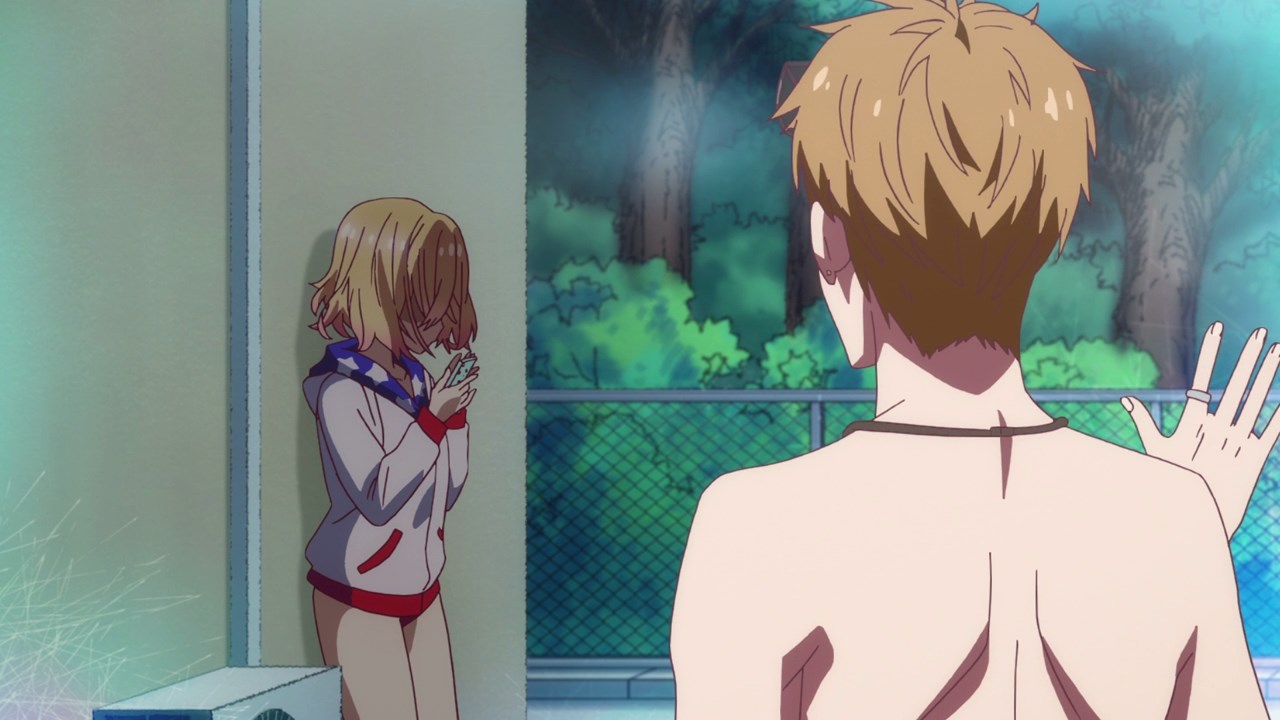 Meanwhile, looks like someone wants to hit on Mami Nanami. Of course, he doesn’t know that Mami has a boyfriend but who cares ’cause this guy wants to have sex with her anyway! 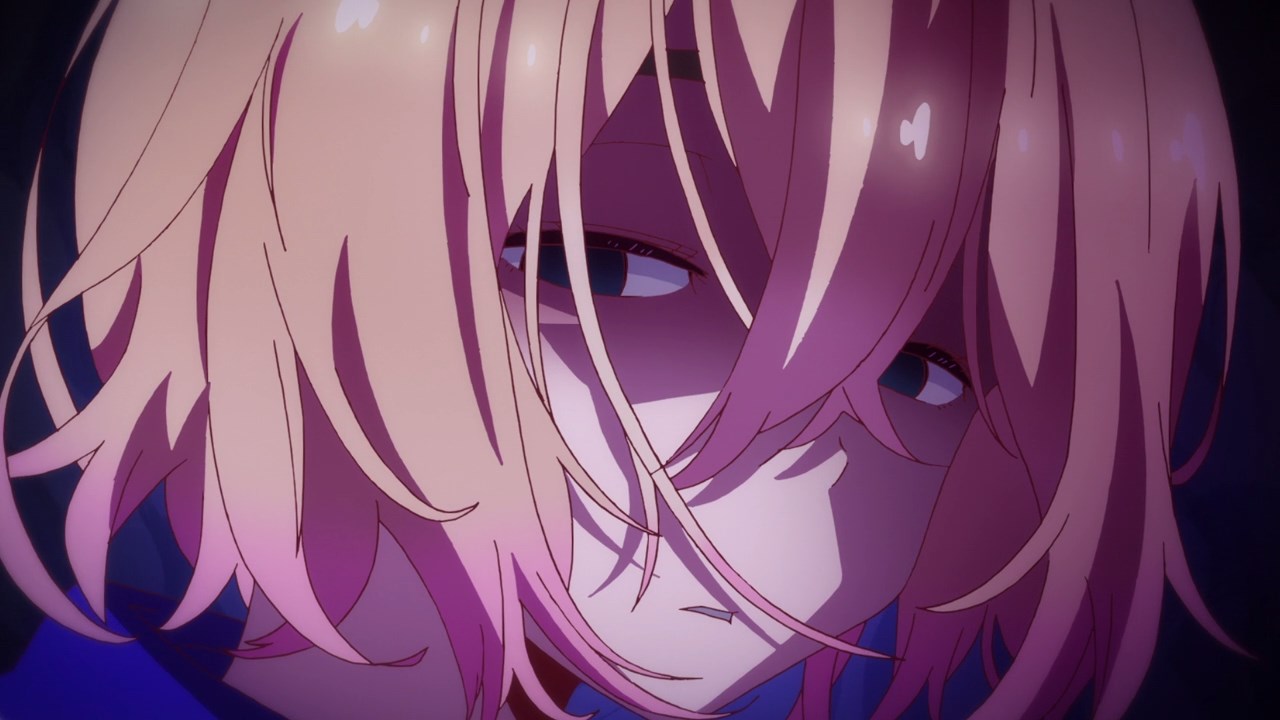 Except that Mami Nanami is in a foul mood right now, almost as if she has some grudge on someone. 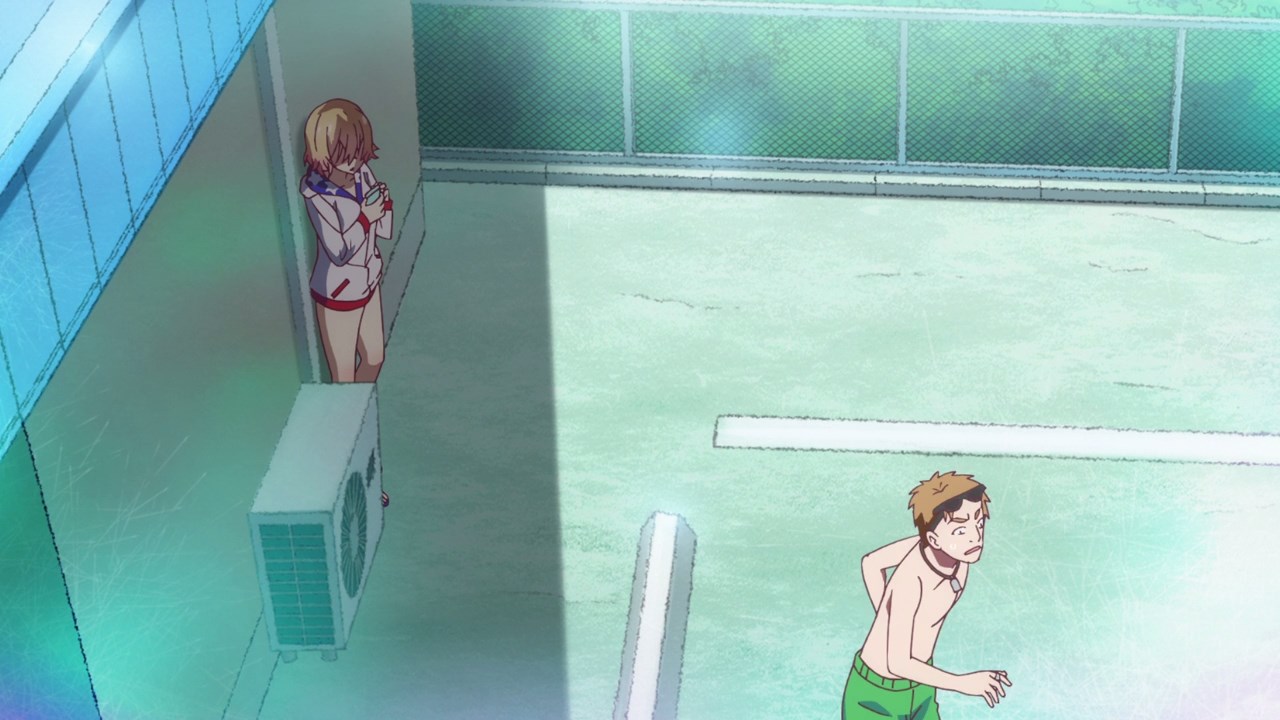 With that said, this guy got scared straight by Mami’s glare and ran away as fast as possible. Still, I want to know if Mami hates Chizuru and why she’s scowling alone? 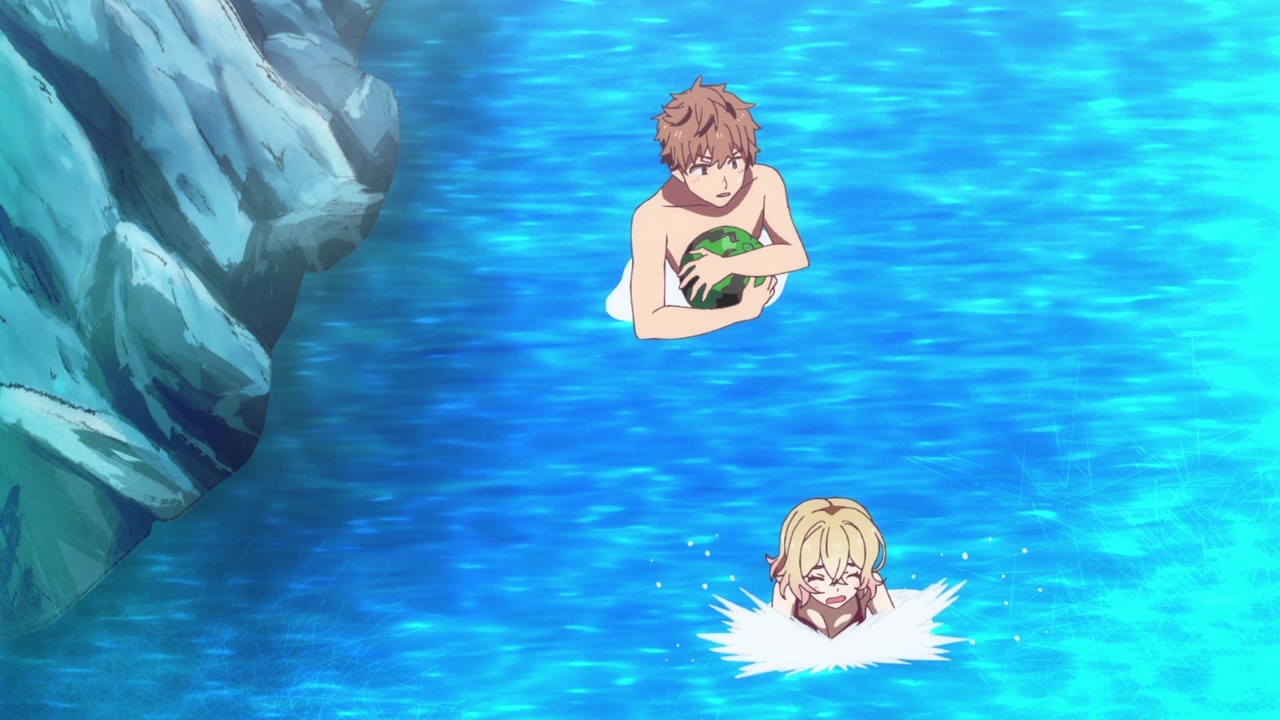 Anyways, Mami Nanami went back to the beach as she’s with Kazuya Kinoshita because Mami lost something precious.

What could it be, her undies that got snagged by a jagged rock? Nah, just kidding… 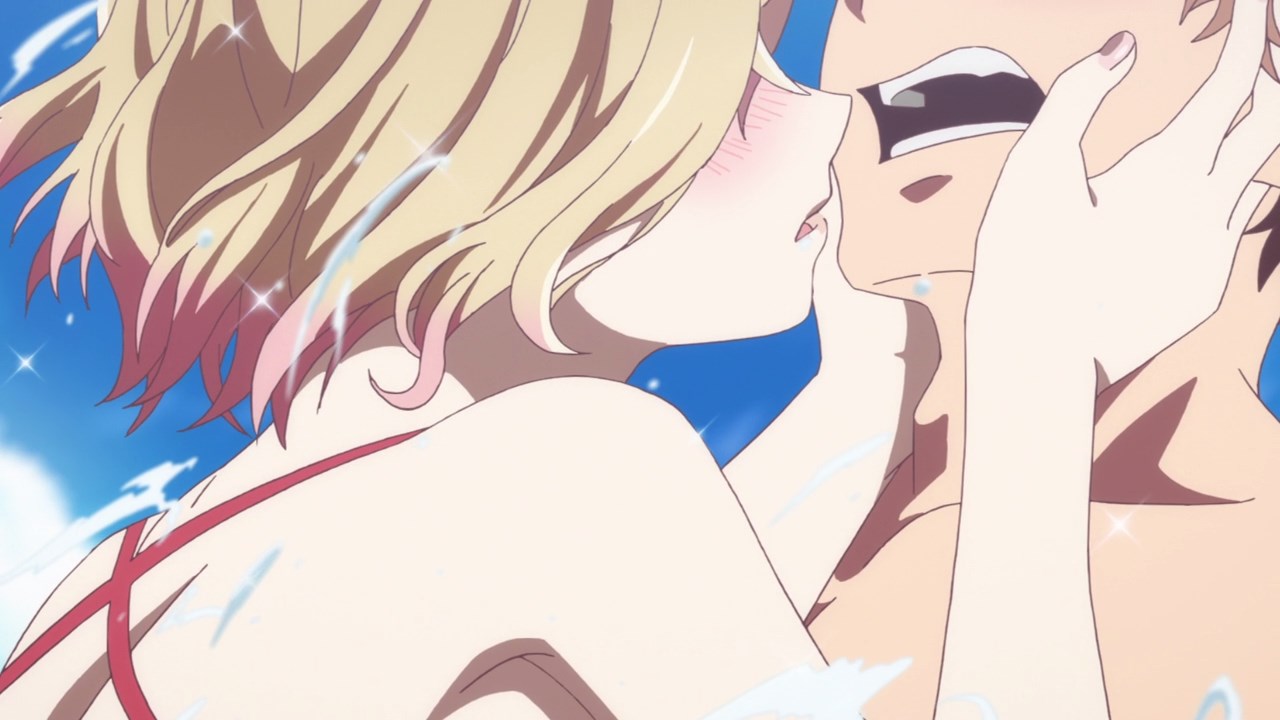 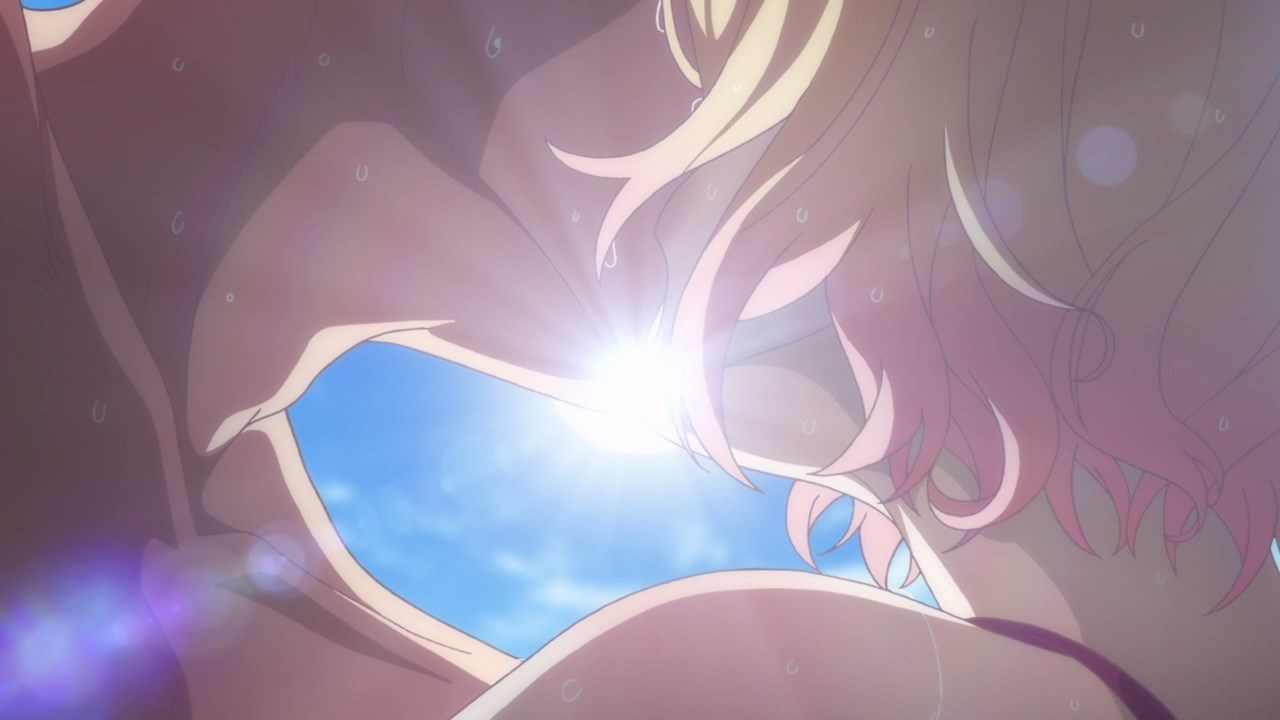 Of course, forget about searching for an item as Mami-chan decided to kiss Kazuya. Okay, I have so many questions towards Nanami ’cause I don’t like her toying Kinoshita’s heart!

Well then, I have a feeling that there will be a feud between Nanami and Mizuhara on the next episode. I can feel it…