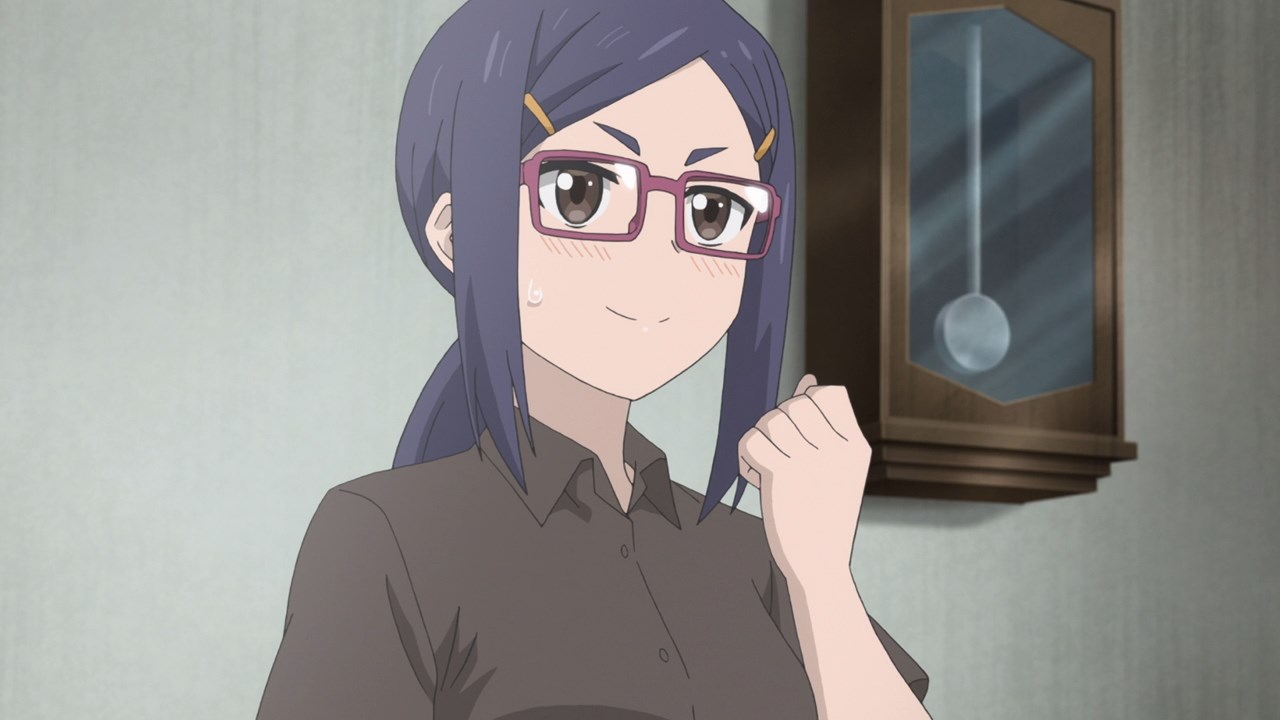 This is Ami, a 3rd-year college student who works part-time at the cafe and loves to observe various people around the shop. 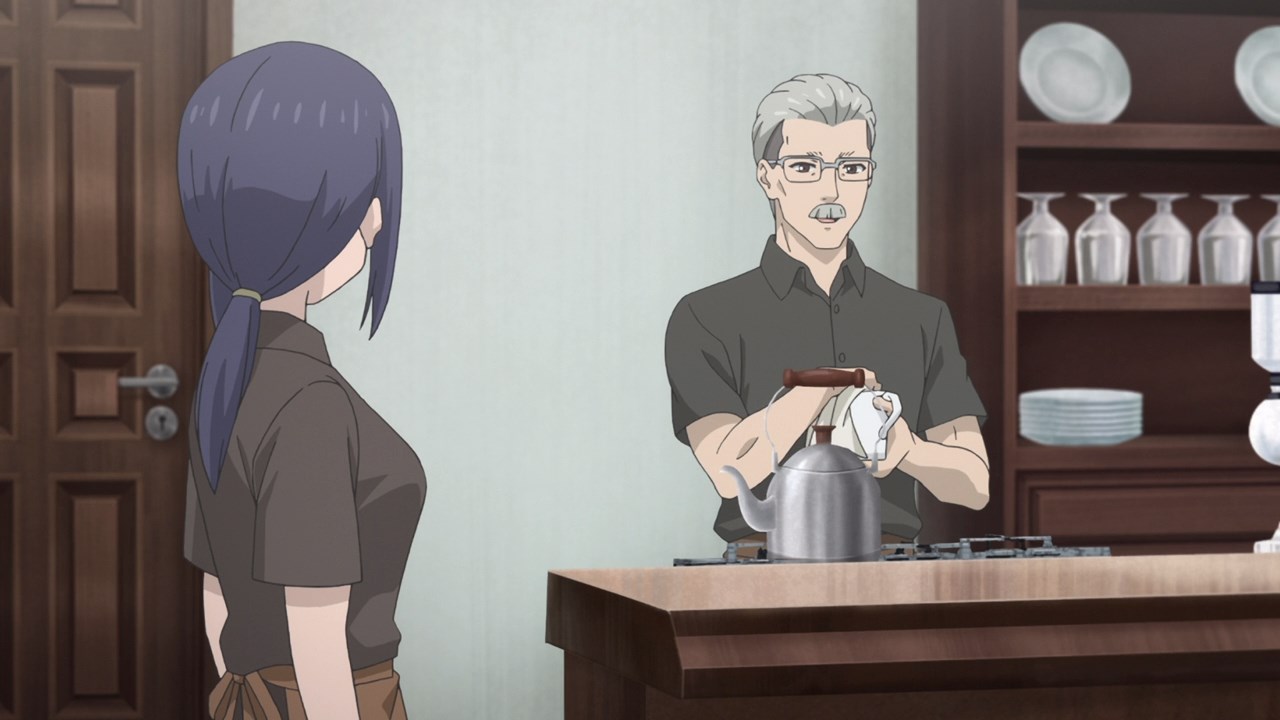 Oh yeah, she’s actually the daughter of the cafe owner as Akihiko-san told Ami to look at Shinichi Sakurai where he’s interacting with his kouhai. 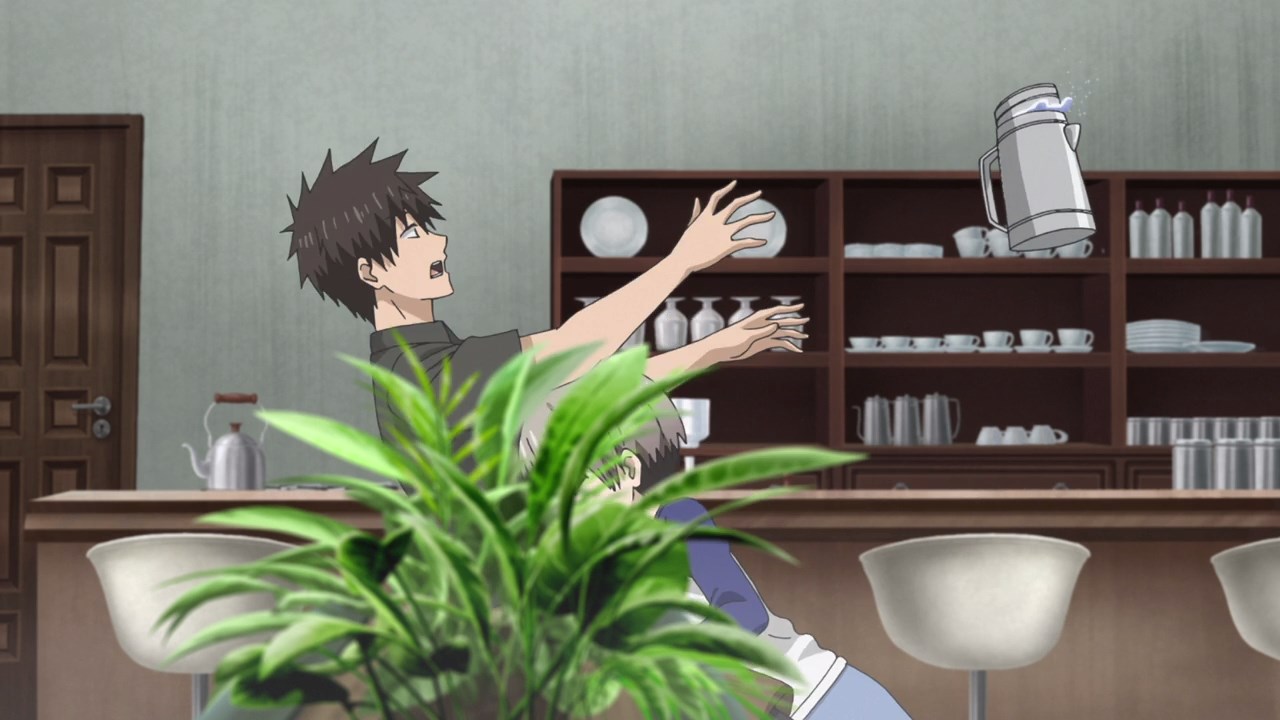 Said kouhai happened to be Hana Uzaki where Sakurai’s annoying underclasswoman just tripped and fell towards him. 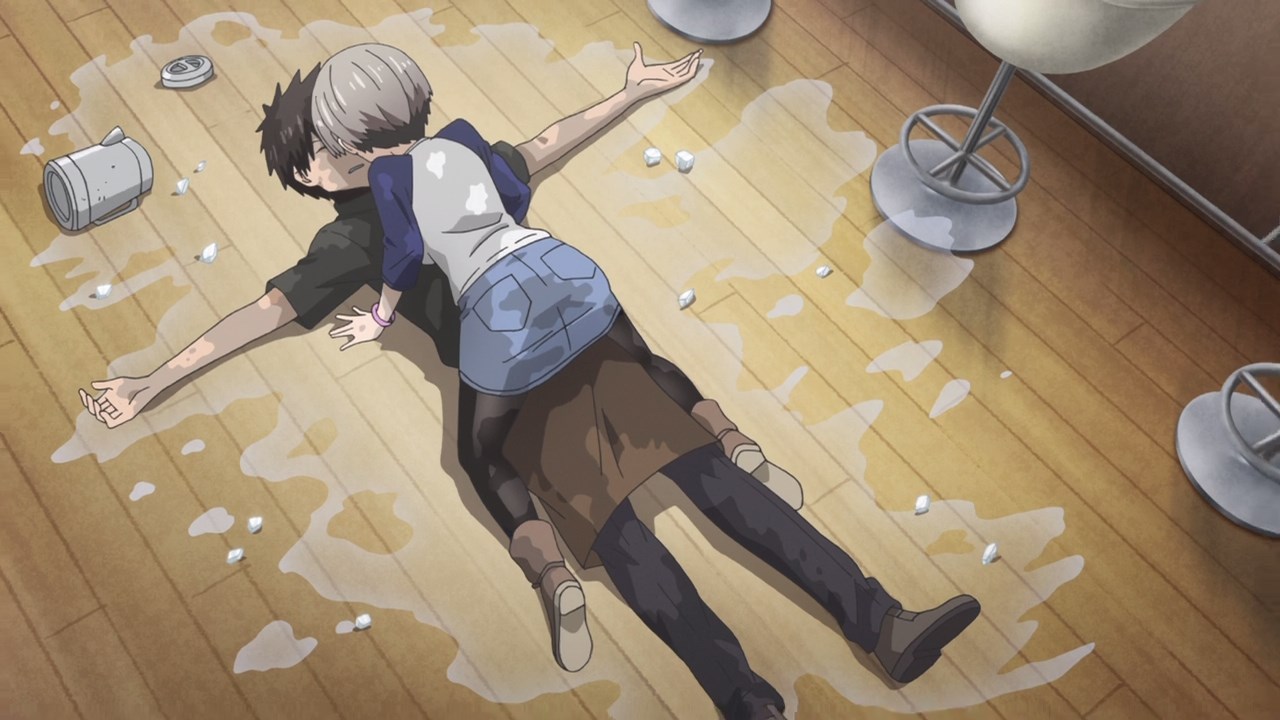 And as you can see right here, they’re drenched with ice-cold water. Oh boy, I bet someone is gonna catch a cold afterwards. 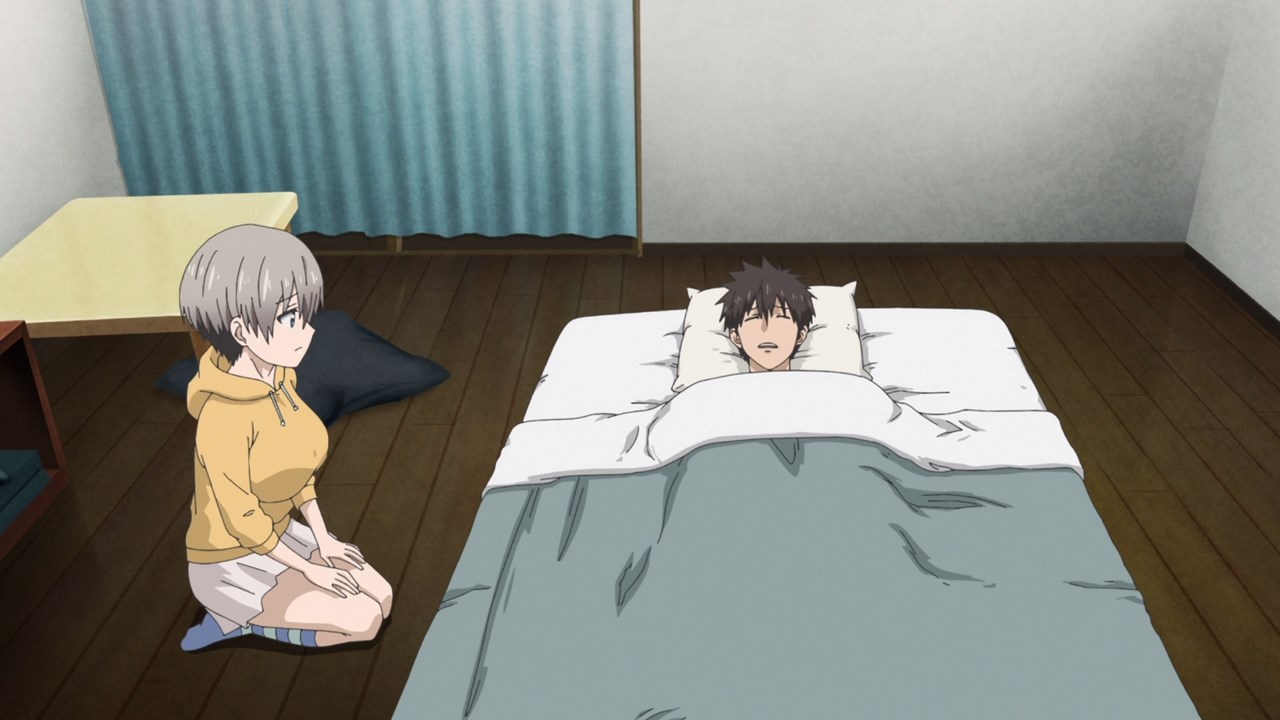 And it turns out that Shinichi Sakurai got sick after being doused in cold water. As for Hana Uzaki? She’s fine ’cause idiots don’t catch cold! 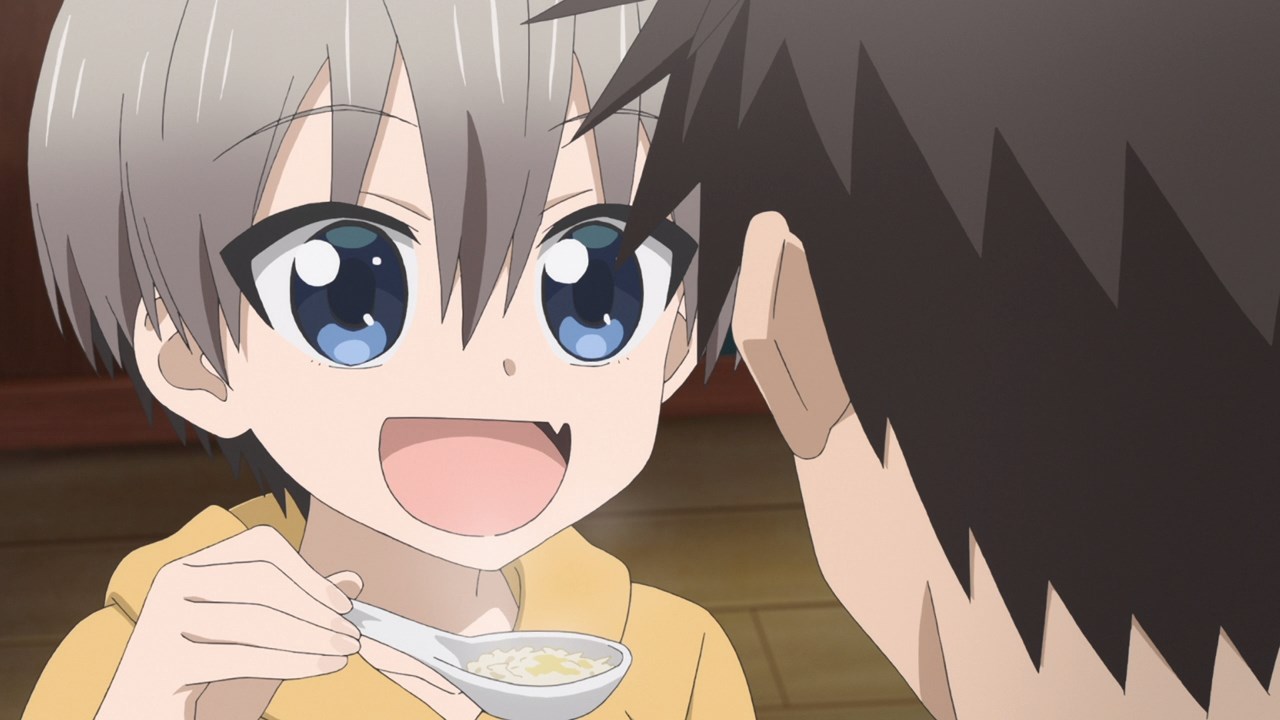 But not to worry though as Uzaki-chan is gonna take care of Shinichi as she feeds him with rice porridge. C’mon, she knows how to cook decent food. 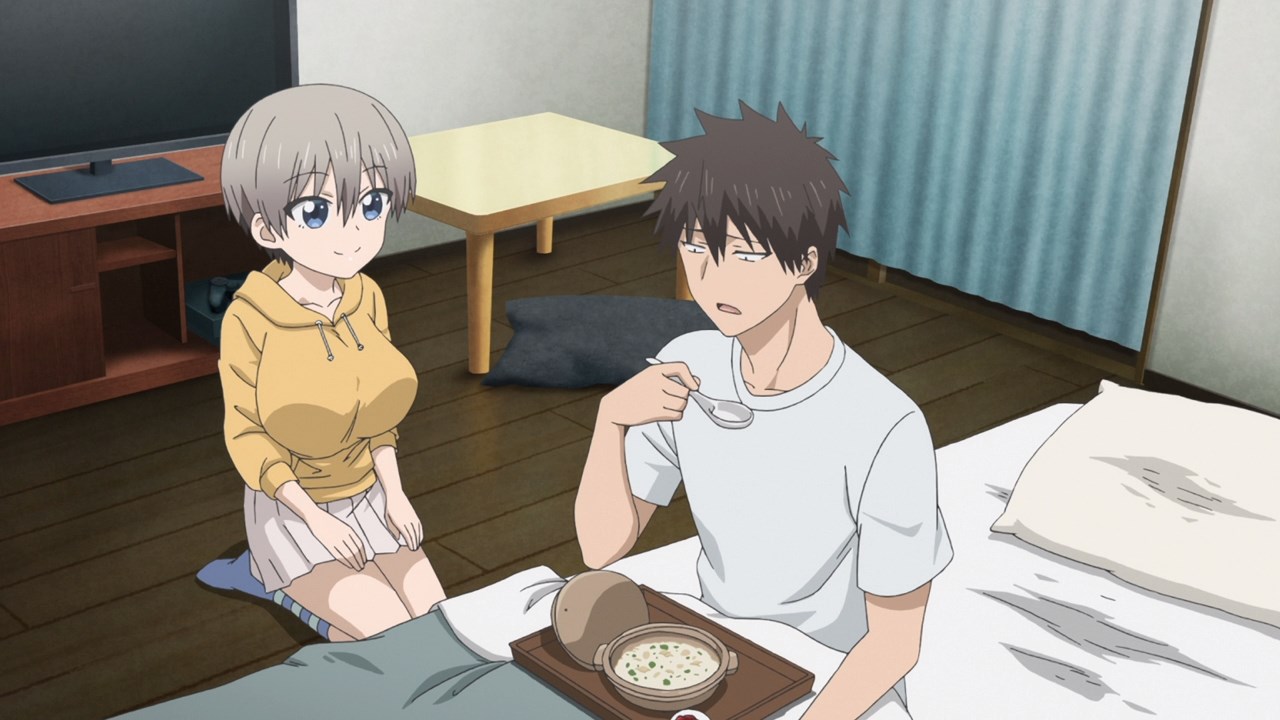 Then again, being fed by Uzaki-chan is embarrassing so Sakurai will eat the porridge by himself. Now all he needs now is to take some medicine and a good night sleep. 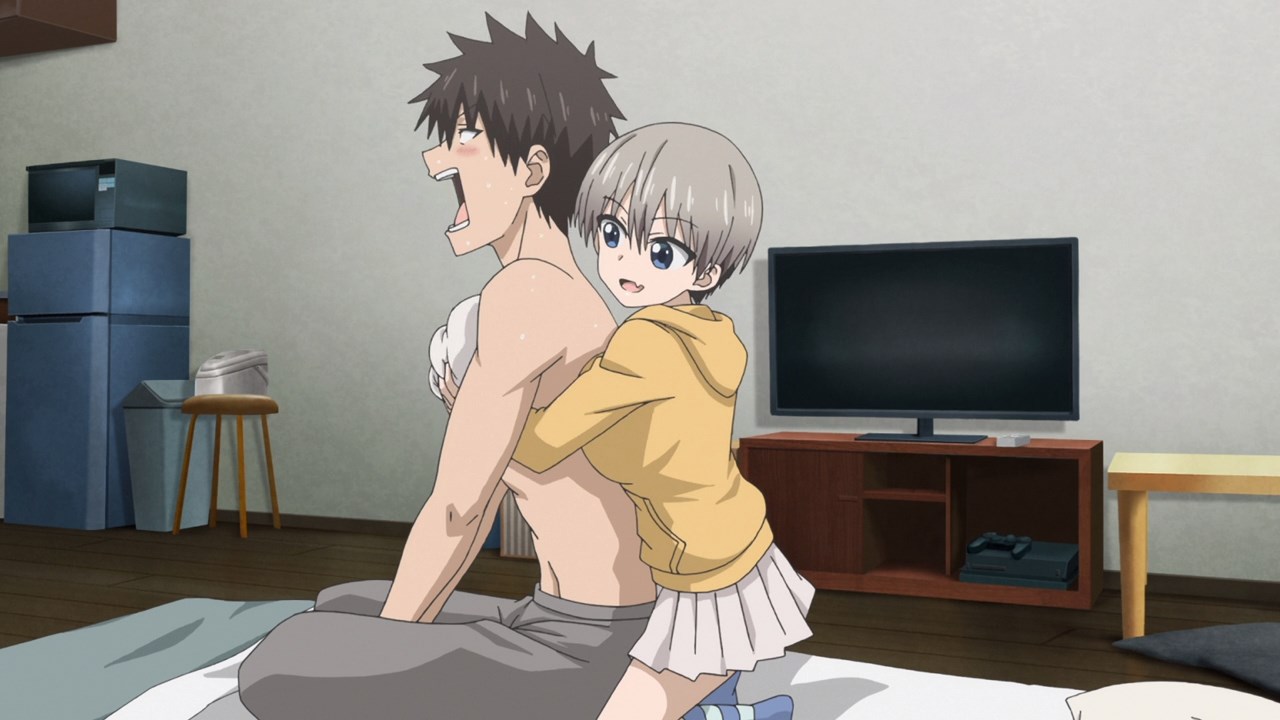 But first, Hana Uzaki needs to wipe down Shinichi Sakurai’s sweat and change his clothes, although he would rather do it by himself because Uzaki’s breasts is pressing his back.

Dammit Sakurai, all the people out there are cursing you right now! 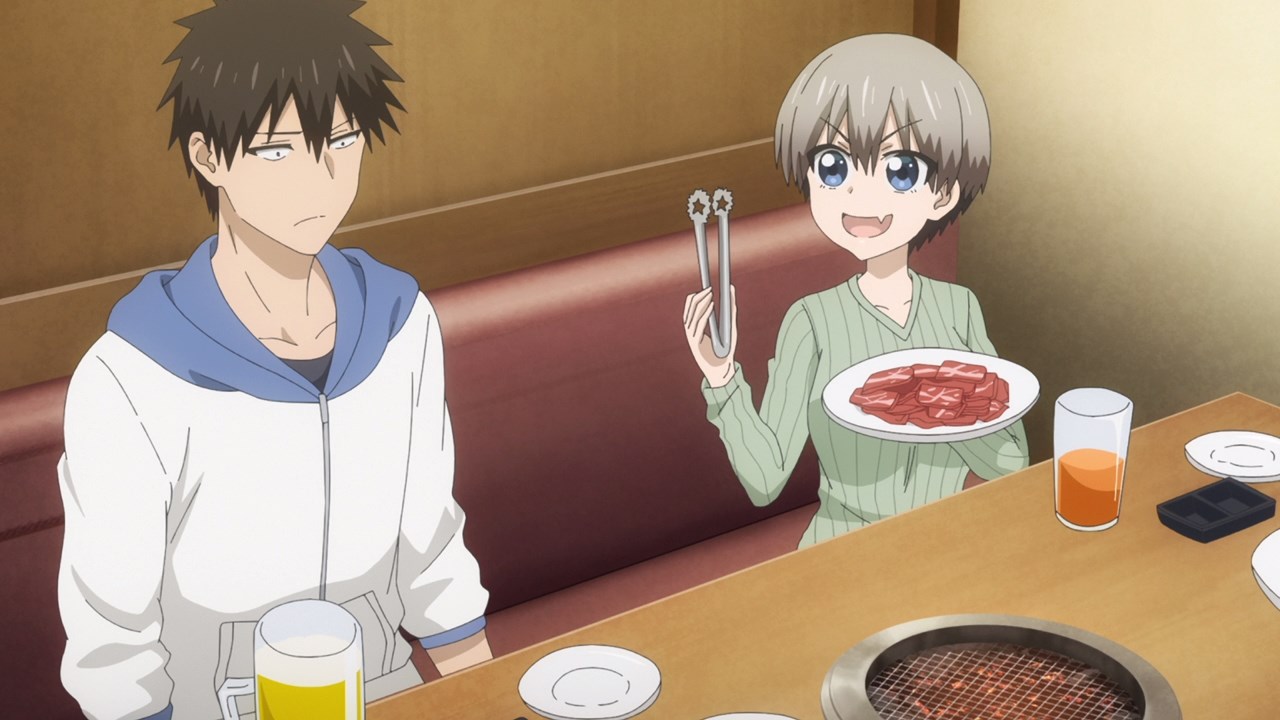 Anyways, looks like Shinichi Sakurai has finally recovered and now it’s time to party at a Korean barbecue restaurant, although Hana Uzaki might hog all the meat by herself. 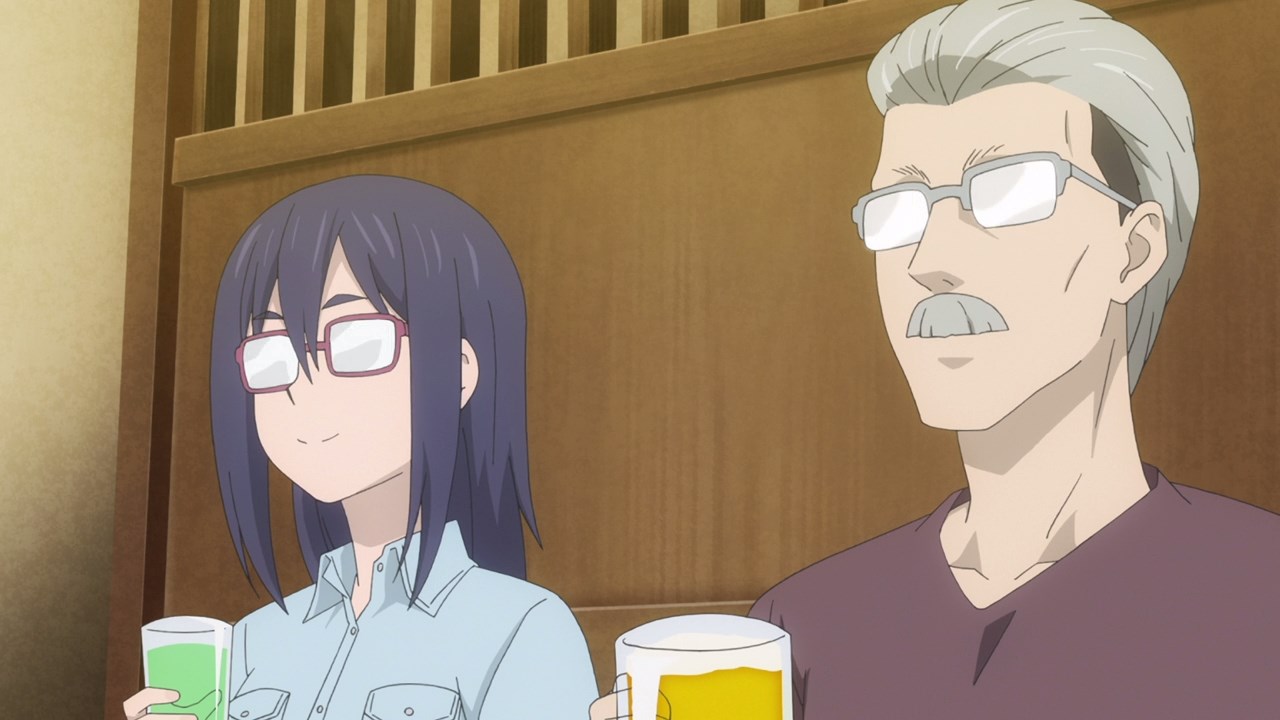 As for Ami Asai and her father Akihiko, it looks like they’re gonna look at them ’cause it’s fun to see Sakurai being teased by Uzaki-chan!

But that’s about it for this week’s episode. Man, I’m having fun watching this series, although some puritan might not agree on it.