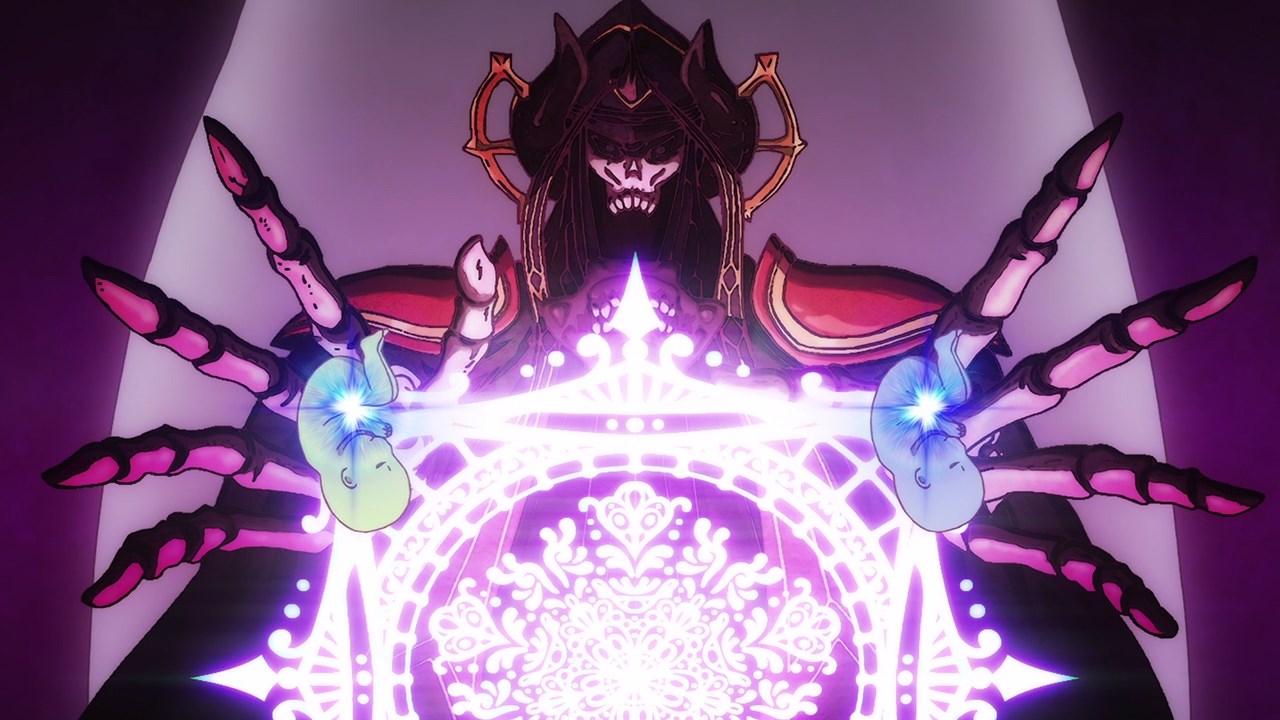 Well, this is interesting as Ivis Necron created something so diabolical. You see, he split the fetus into two using Dino Jixes, but the split will be undone once it reached a certain time.

In any case, what Ivis did was he created both Sasha and Misha Necron from a single fetus. But once they reached 15 years old, one of them will disappear as Misha will suffer the most because she doesn’t really exist. 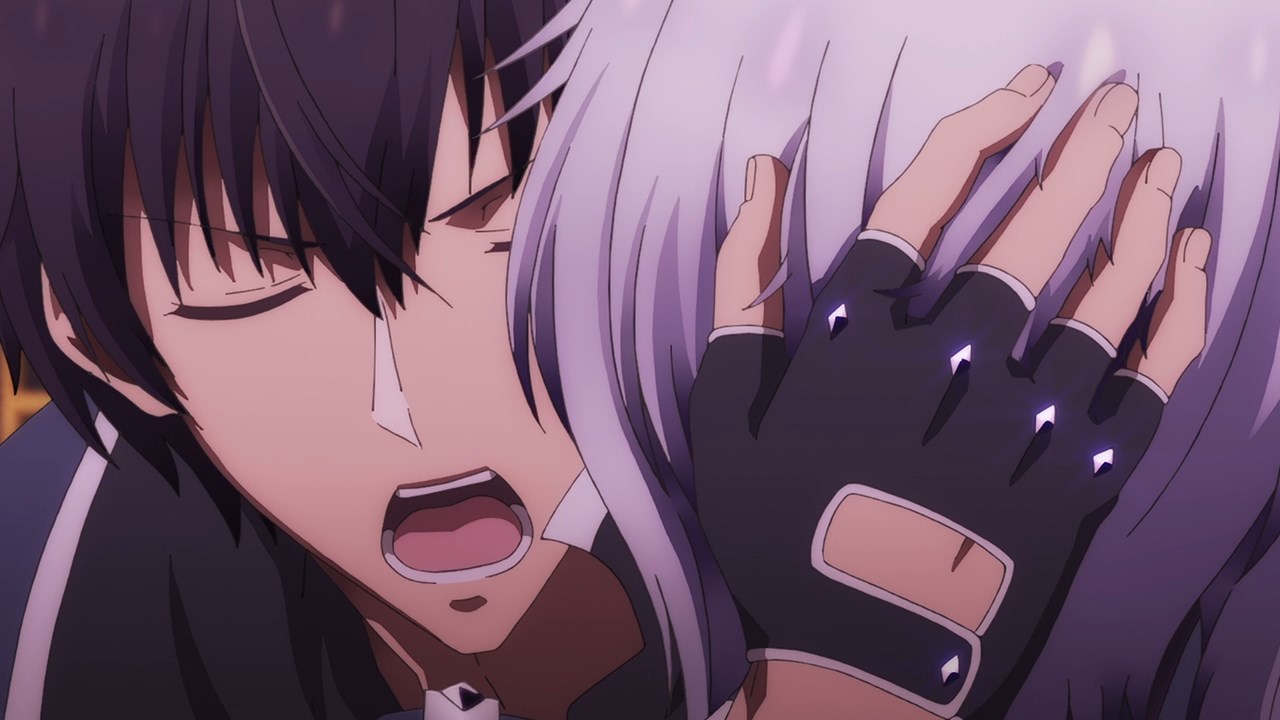 Still, Anos Voldigoad will do anything to save Misha and Sasha from this terrible fate, even if it means creating an impossible miracle. With that said, let’s find Sasha Necron first. 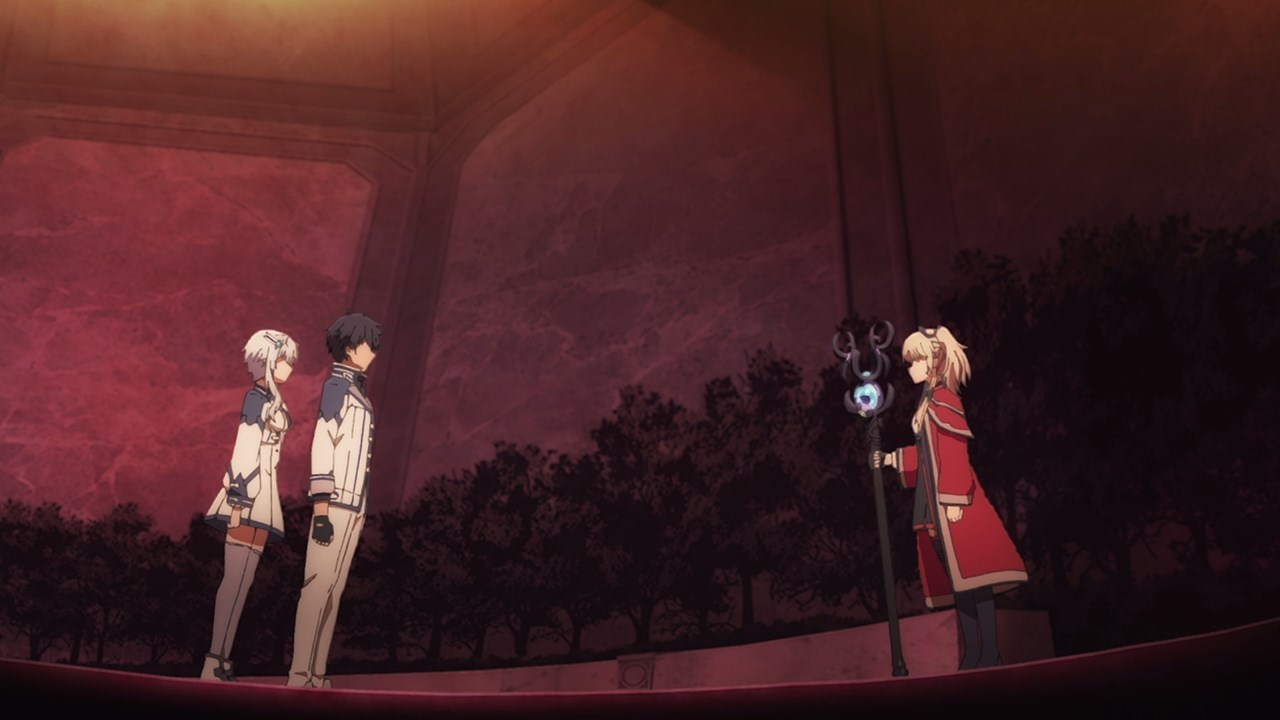 And fortunately for both Anos and Misha, they managed to caught up with Sasha where she’s about to get out of the castle. C’mon, Anos Voldigoad owned Delsgade so he won’t let anyone escape.

In any case, Sasha Necron challenged Anos Voldigoad to a duel where the winner will issue a command to the loser. But how will they fight? 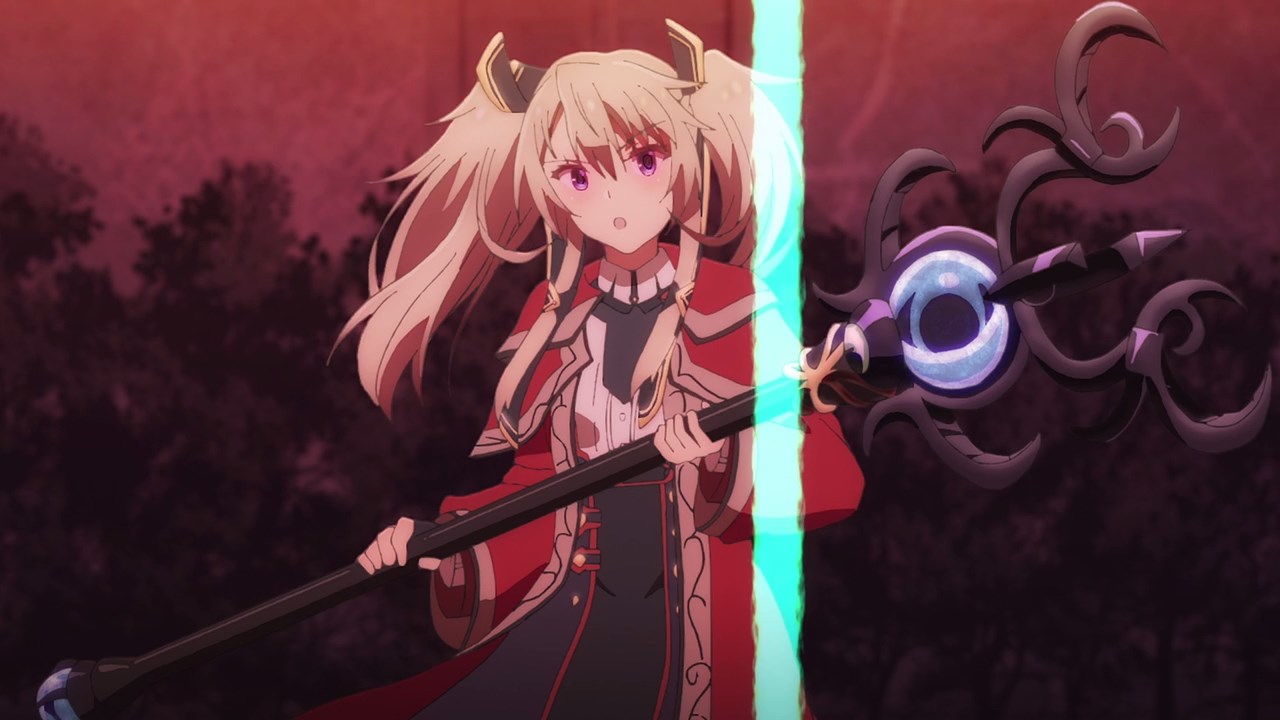 Simple, what Anos will do is to merge two magic circles into one as Sasha casts both Zexis and Delt. 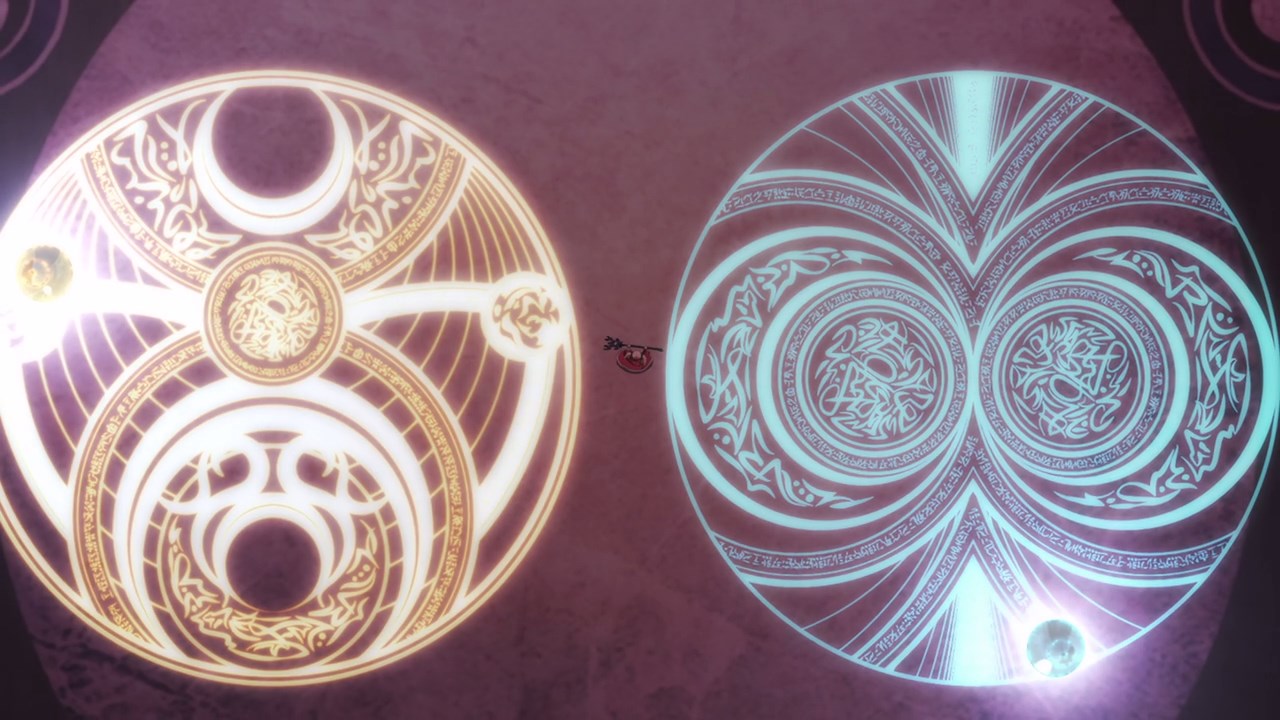 Oh, and he has to merge those circles before midnight, otherwise Misha will disappear. At this point, looks like victory is in the bag for Sasha. 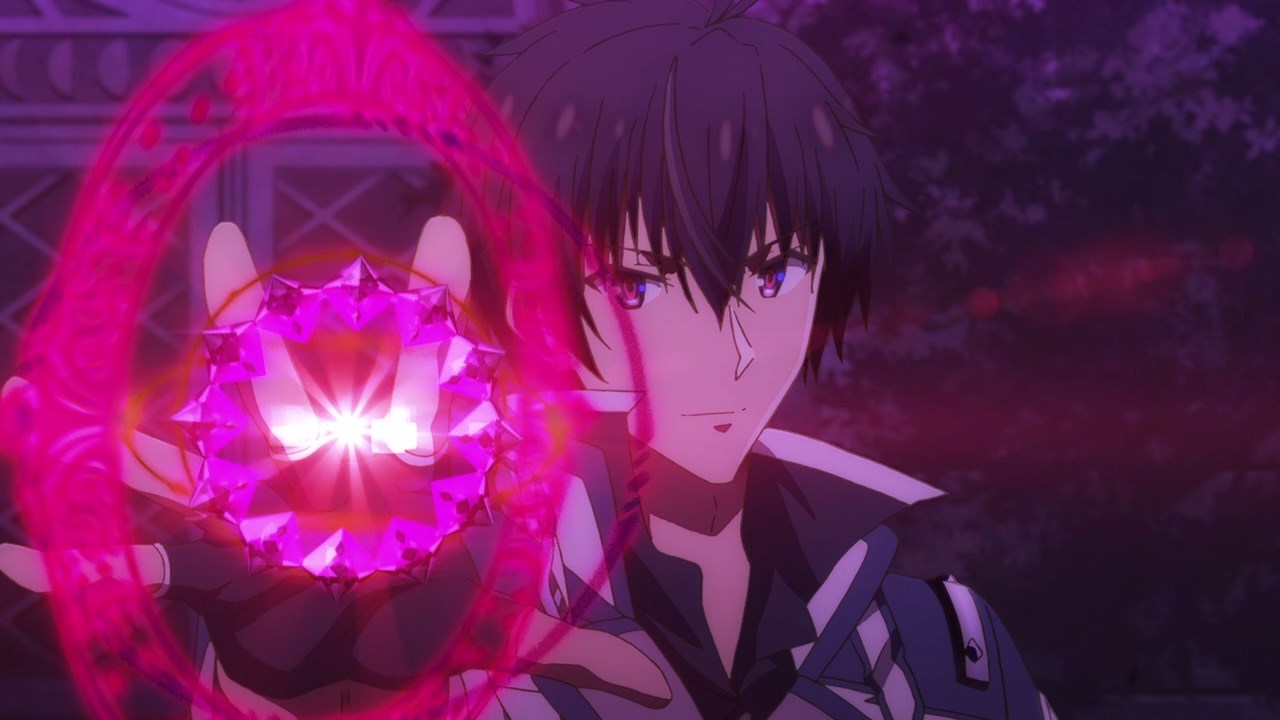 Of course, Anos Voldigoad will attain victory without breaking a sweat because he’s the real Demon Lord of Tyranny!

And as you can see, he combined both Zexis and Delt into a single magic circle without any problem. Looks like Anos Voldigoad has won the duel! 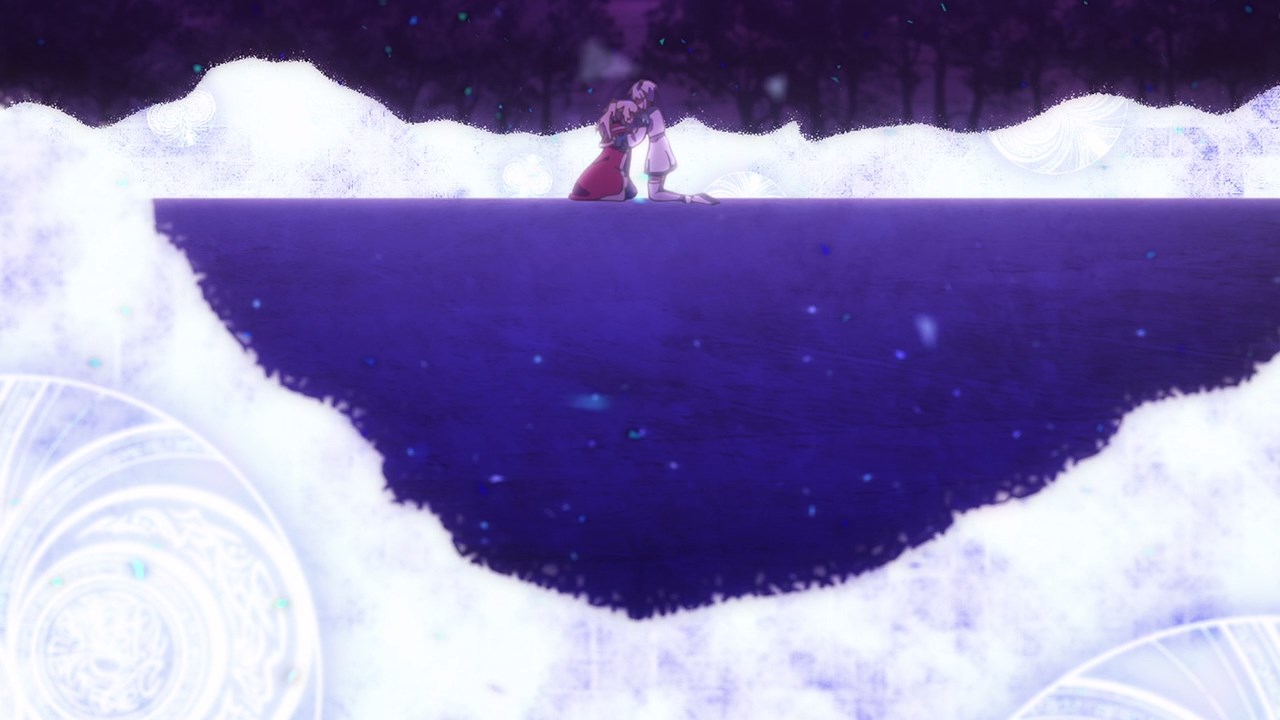 However, he doesn’t want to issue a command to Sasha as Anos want the sisters to reconcile. But here’s the thing though, Sasha wants Misha to hate her. 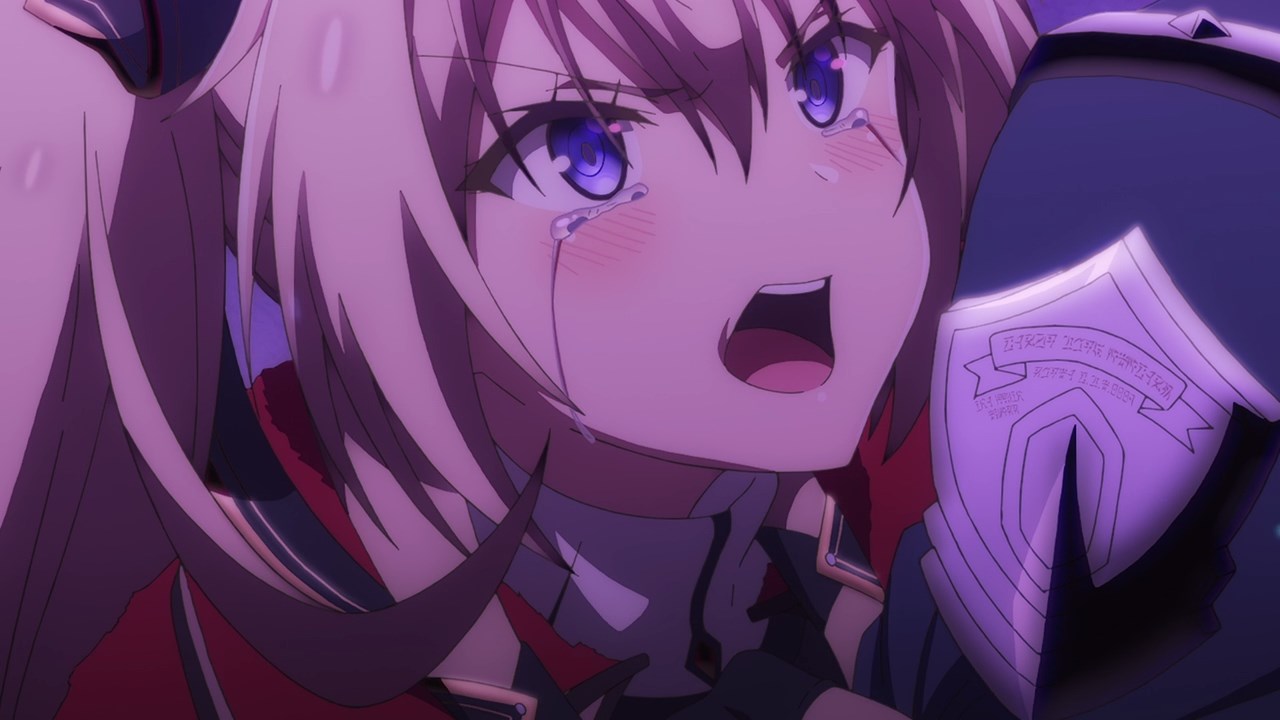 And the reason why she wants her twin sister/clone to grow some contempt towards her is because Sasha wants to save Misha’s life.

Unfortunately, her fate is already set in stone so once the clock struck at midnight, Misha will merge back to Sasha. 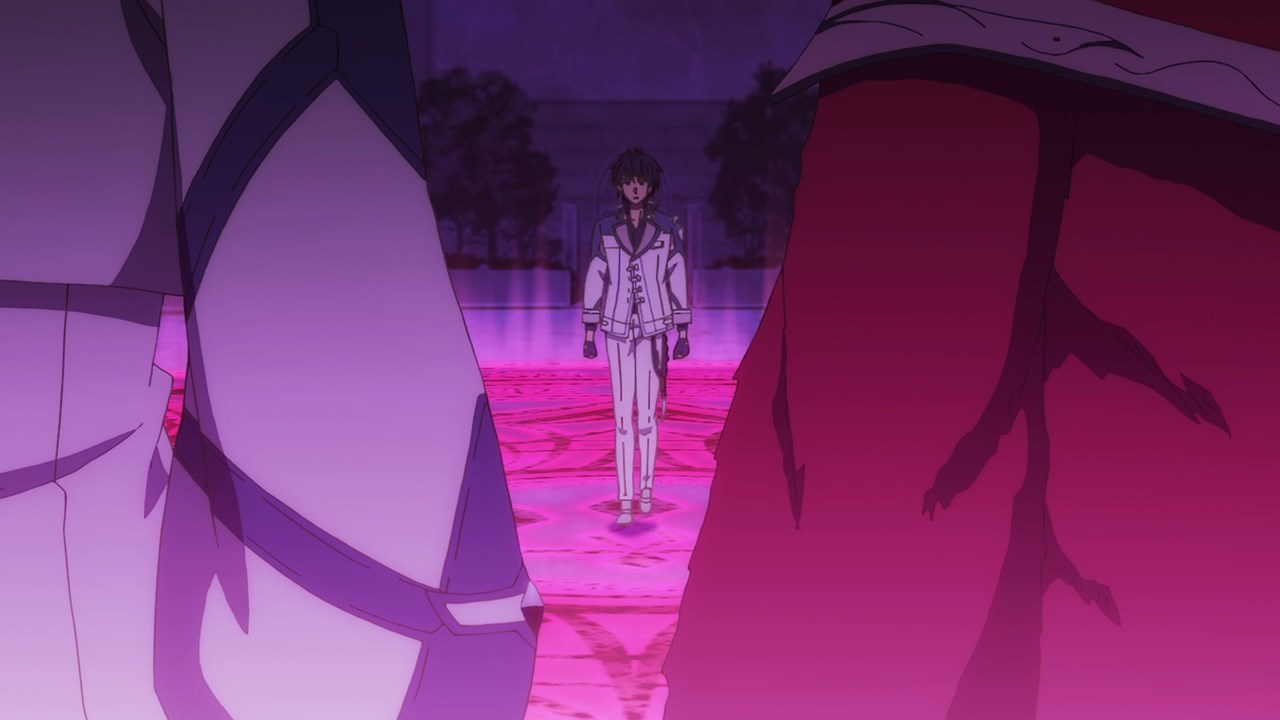 Of course, Anos Voldigoad will do a miracle that’s beyond the impossible. All he need to do is to cast Revide which will send both Misha and Sasha back in time and change their fate. 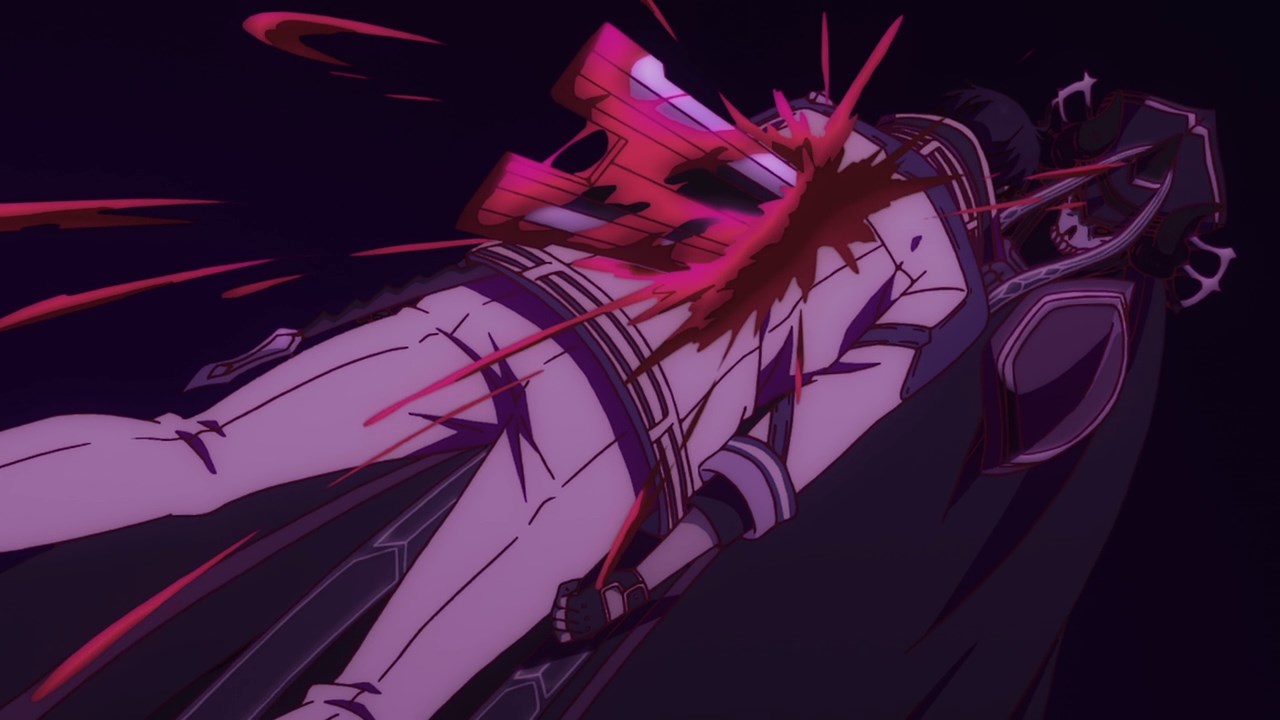 Unfortunately, someone caught wind of his plan and attack Anos from behind. And man, I thought that this demon emperor will remain neutral, but I was completely wrong as Ivis Necron won’t let him succeed.

But why would Ivis do that? Well, he wants to use both Sasha and Misha as vessels to revive his master, which possibly be Avos Dilhevia. 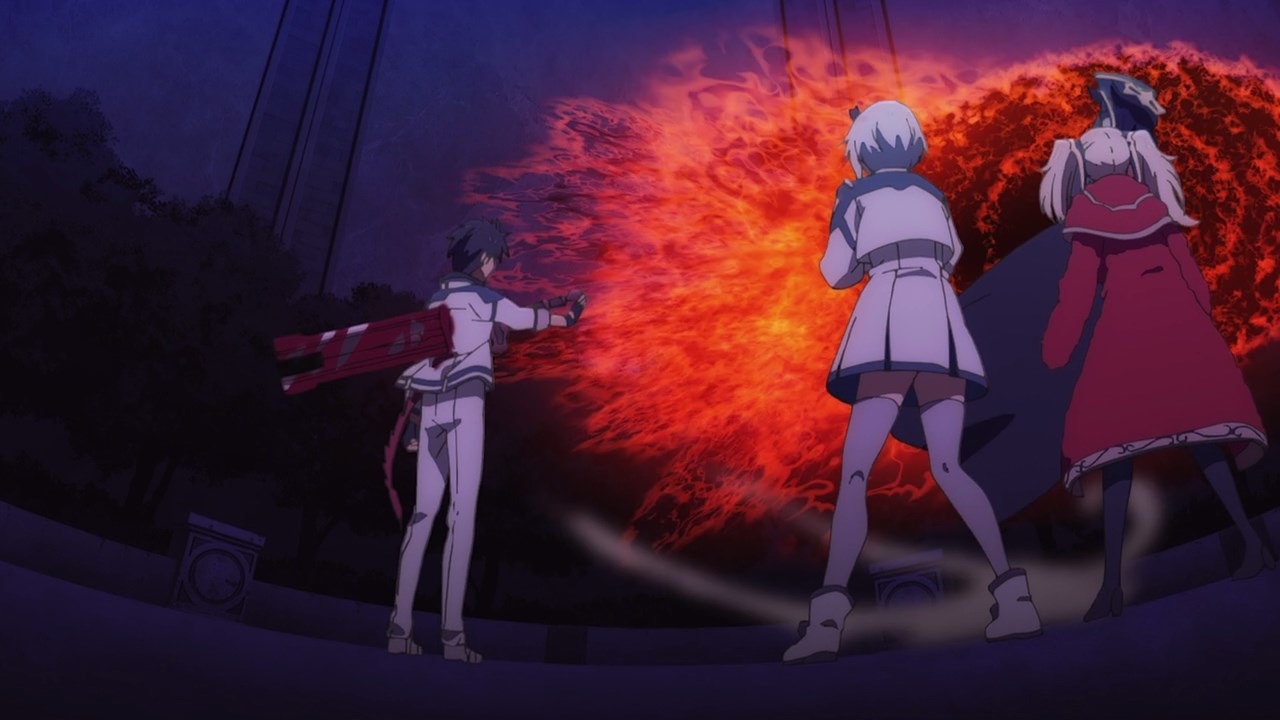 Of course, Ivis made a big mistake of fighting the real demon lord as Anos just push this emperor away.

Oh and as for the sword being stuck to his body? Anos will remove it because he won’t die so easily! 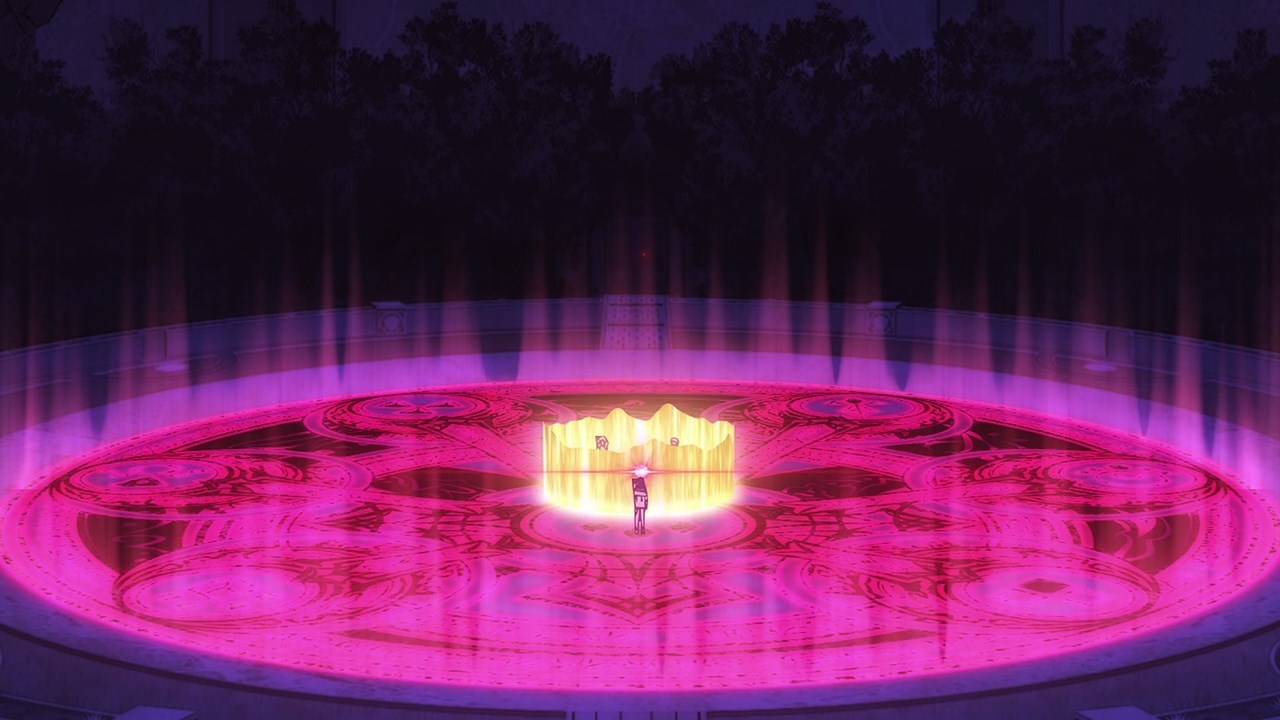 Anyways, it’s time for Anos Voldigoad to cast Revide and change the fate of those sisters. So far, his magic spell is going smoothly… 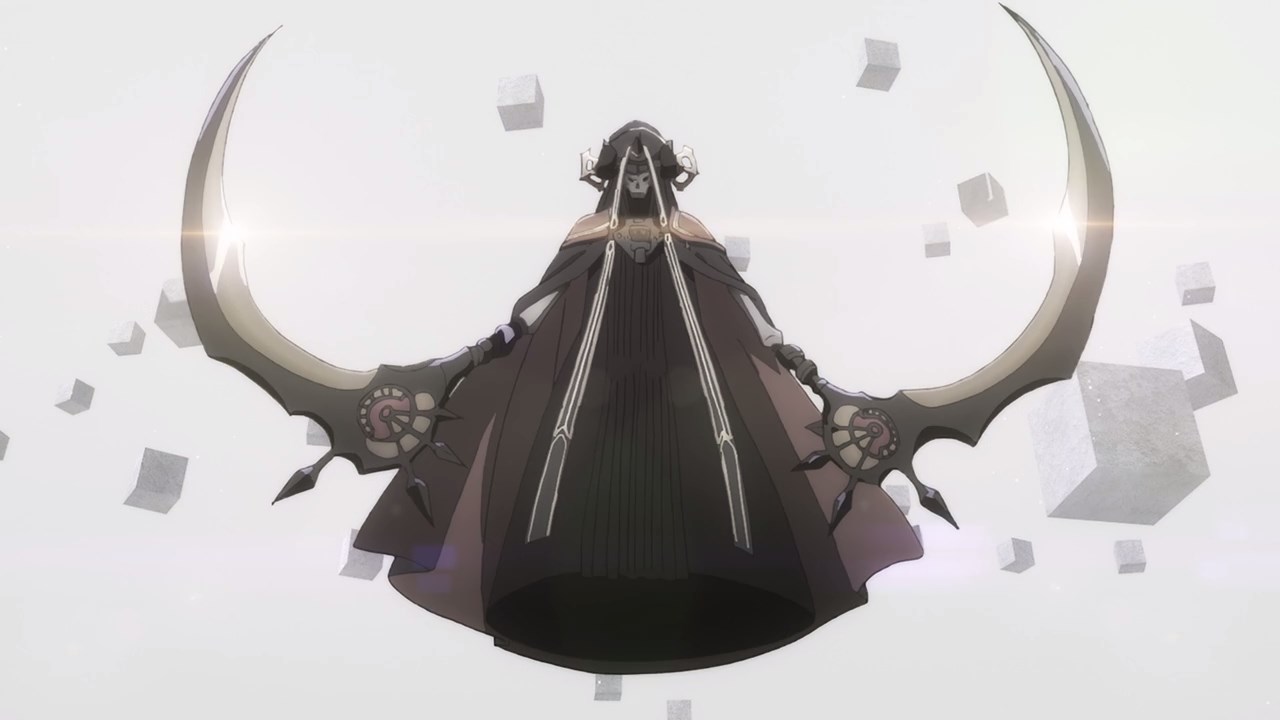 However, Ivis Necron has returned to stop Anos’ plans, this time getting some help from the guardian god of time named Eugo La Raviaz where he’ll control the flow of time. 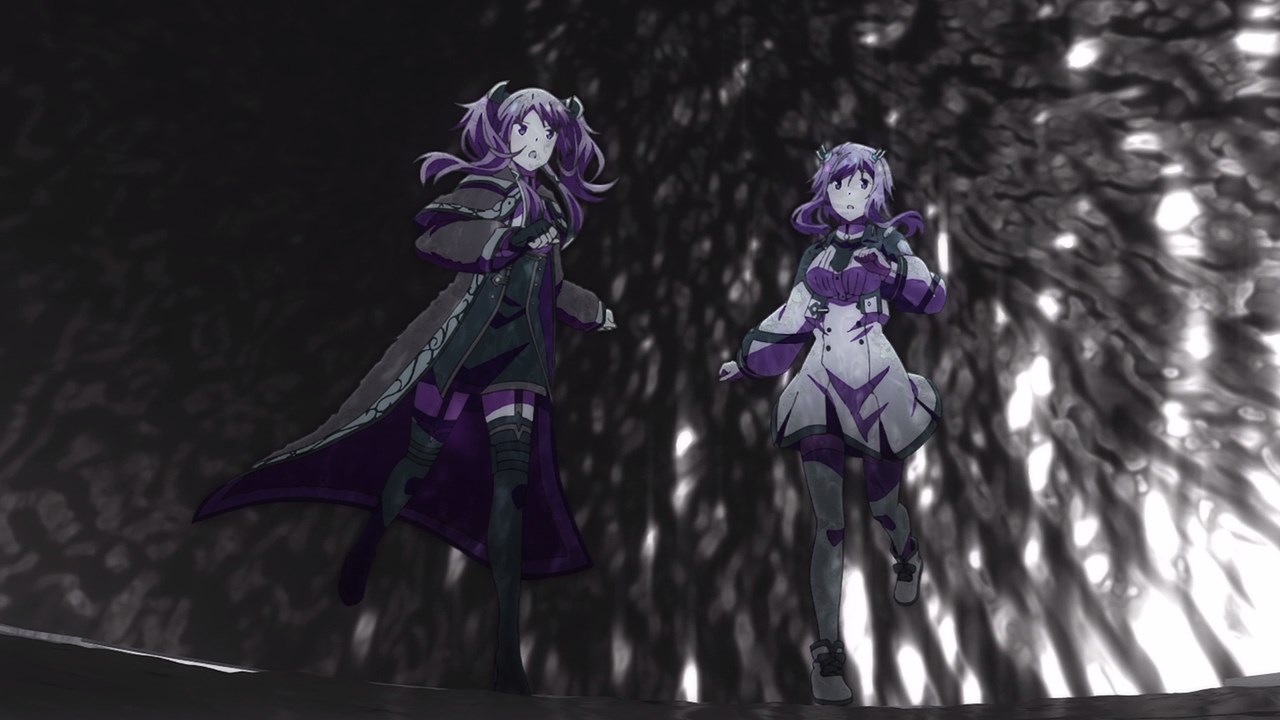 This means that Ivis can stop both Misha and Sasha’s body just by stopping the clock. Now the only thing he need is to wait for the clock to strike at midnight. 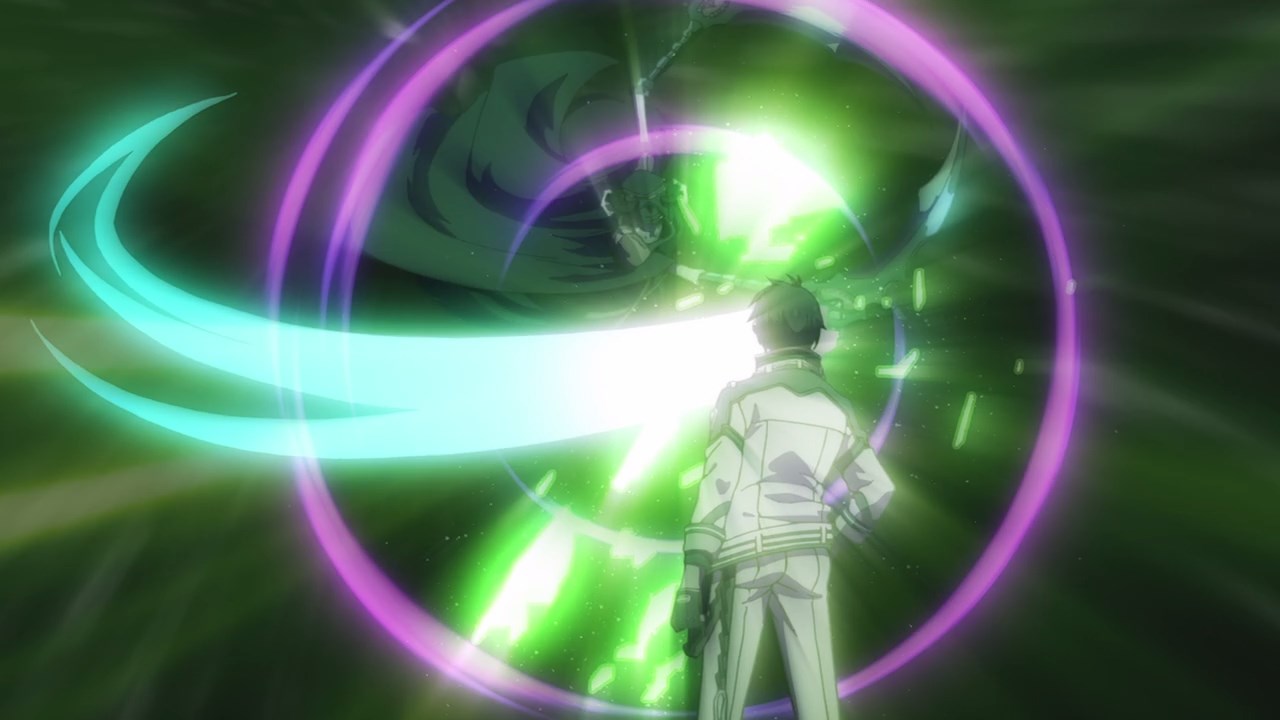 Oh and while we’re at it, Ivis will murder Anos since he’s a nuisance to Avos anyway. Well, it looks like Ivis Necron has won! 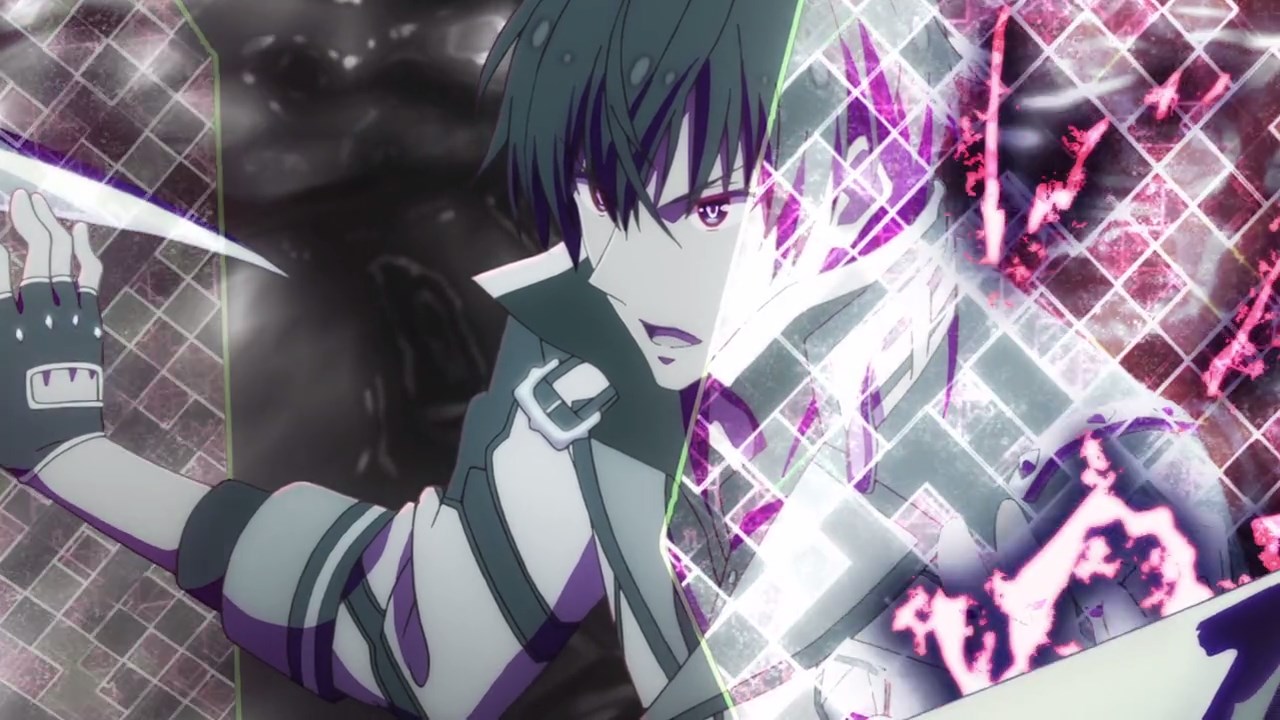 Except that Anos Voldigoad got the last laugh as he can move freely from Ivis’ time control.

And not only that, but he managed to set both sisters free as Misha and Sasha went back in time to 15 years from their conception. As expected from the real Demon Lord of Tyranny! 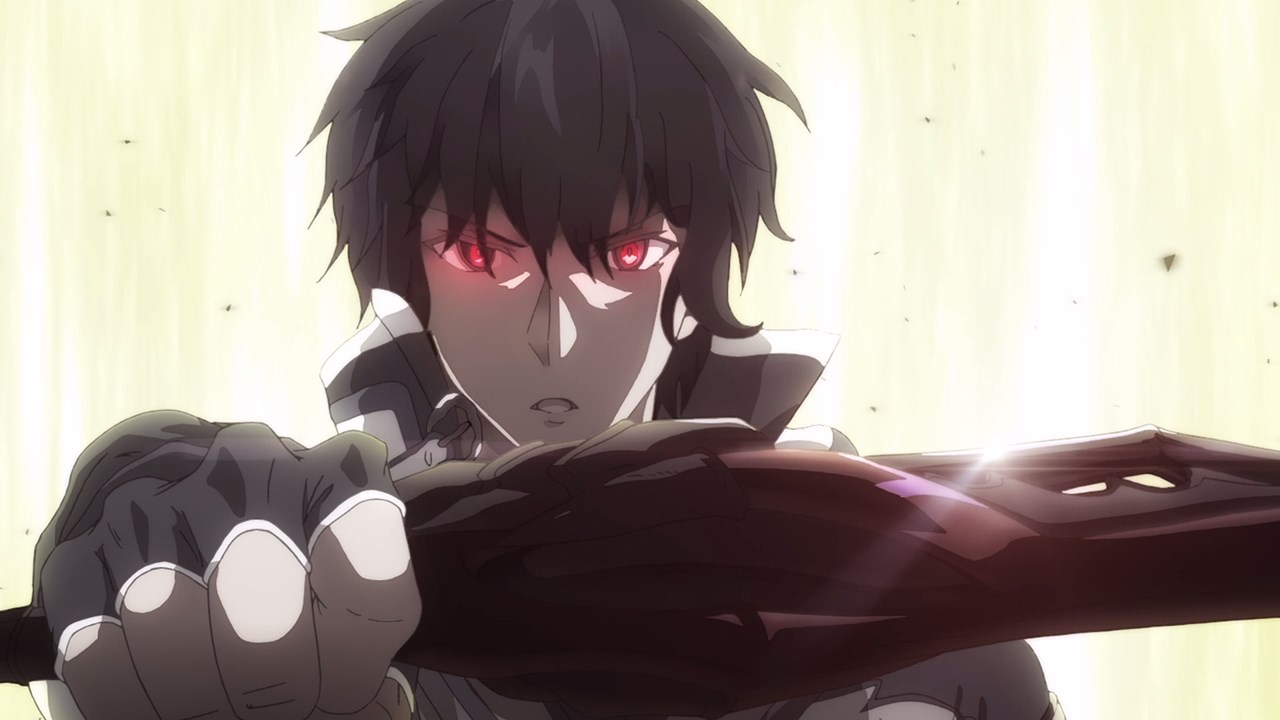 While Misha and Sasha are busy altering their fate, it’s time for Anos Voldigoad to summon his magic sword of destruction called Venuzdnor in which he’ll use it against Ivis Necron. 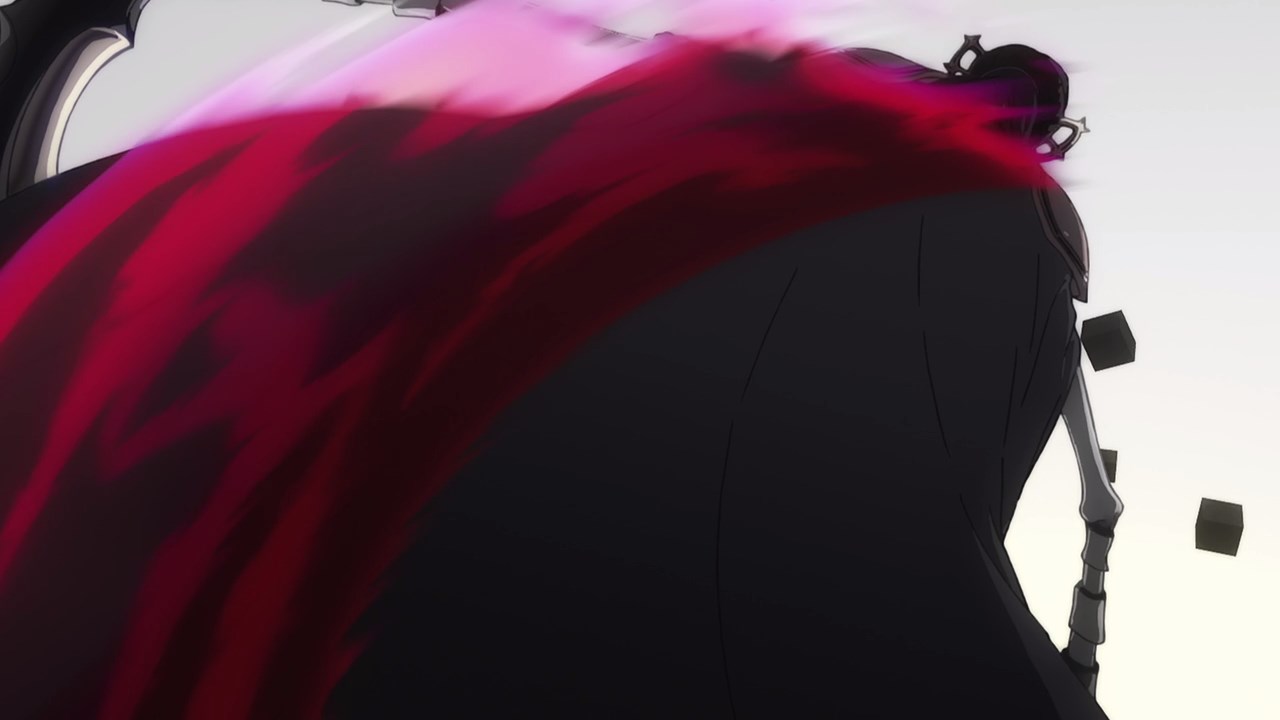 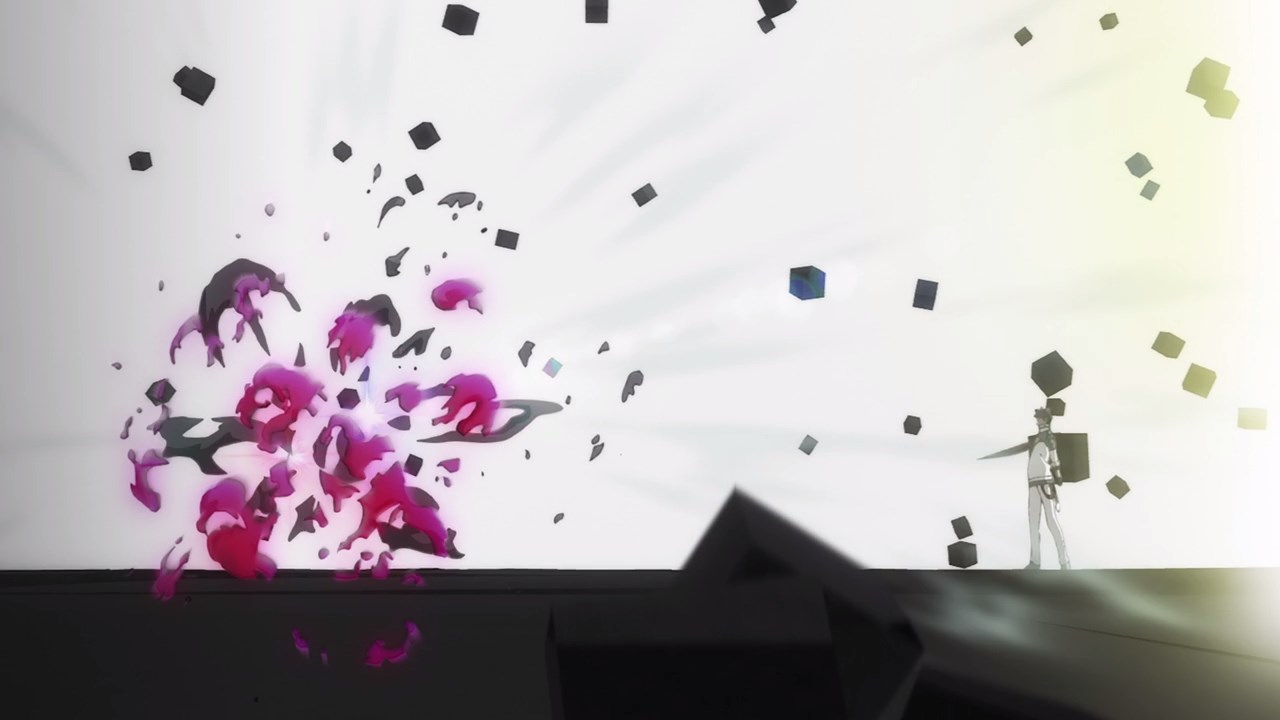 And as you can see, Ivis didn’t stand a chance against Anos as he got wrecked pretty badly. Well, that’s one Elder Demon Emperor down and there’s six more to go! 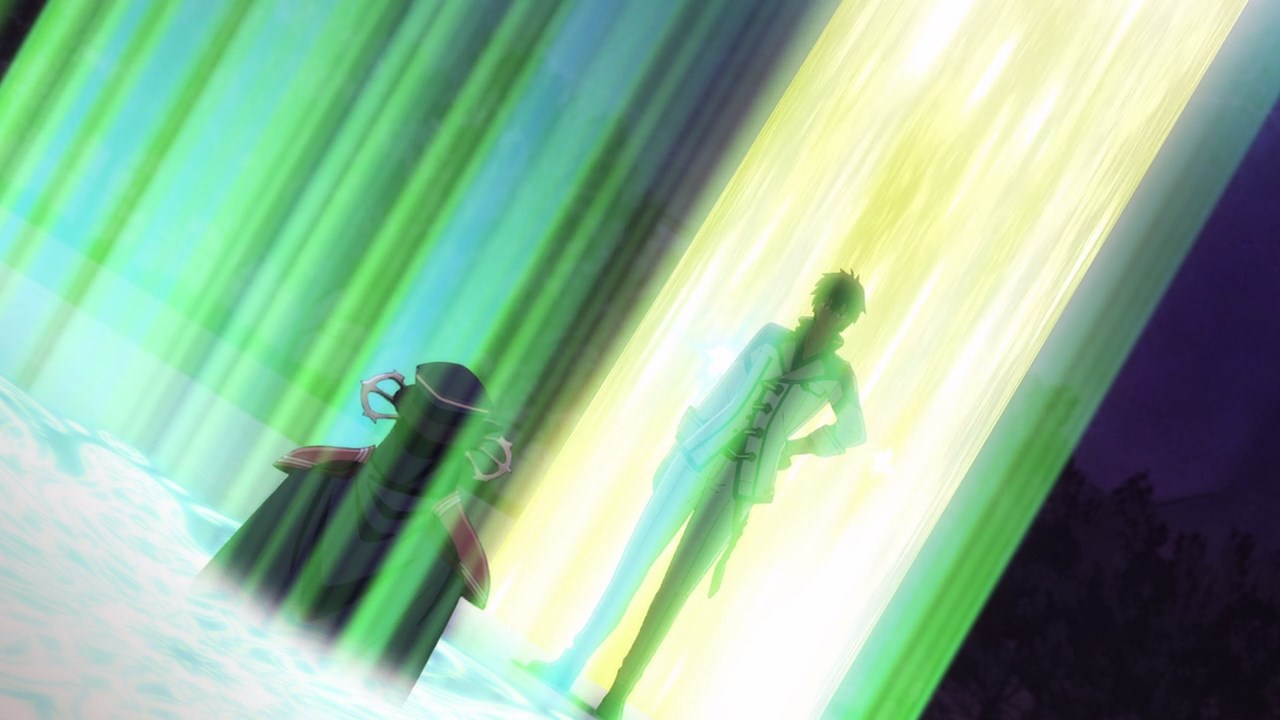 Except that Anos Voldigoad won’t let Ivis Necron die permanently as he revives the emperor ’cause Anos has some use of him. 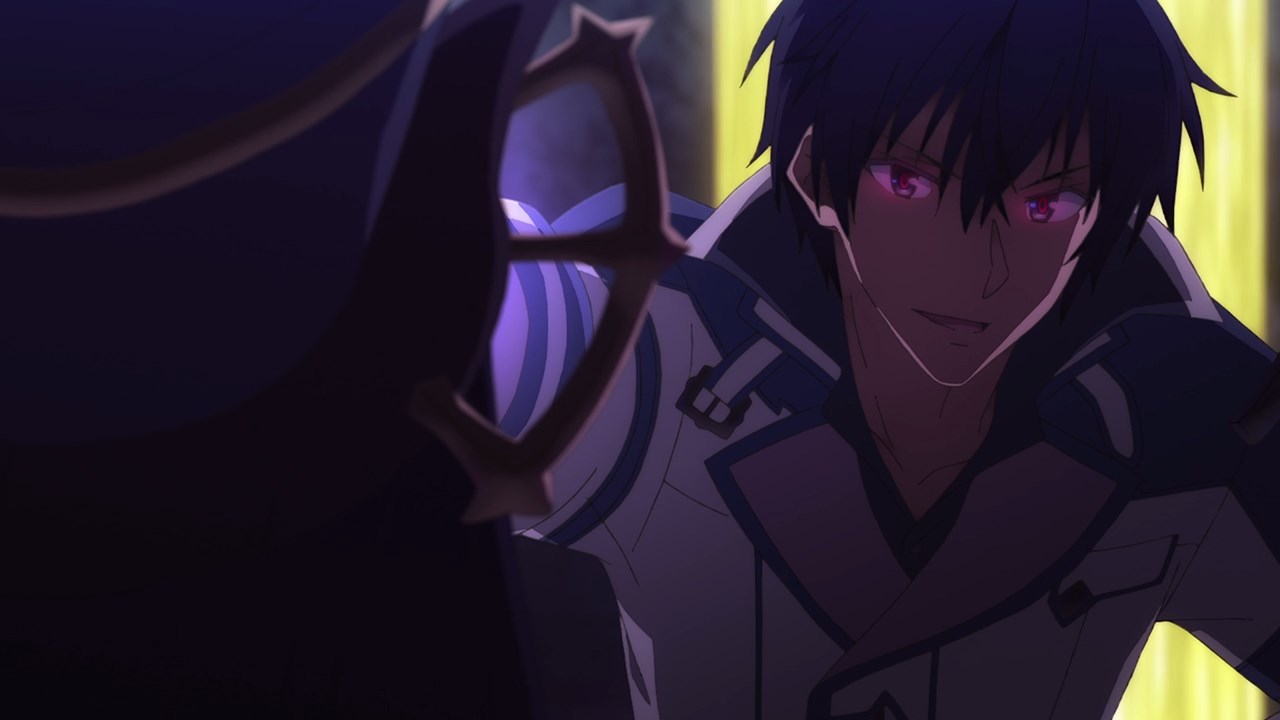 And while we’re at it, Anos reconstructs Ivis’ original memories. Looks like one Elder Demon Emperor has joined Anos Voldigoad’s side.

Now, the only thing that he needs to do is to find those demons who are in cahoots with the impostor demon lord, although it’s not gonna be easy. 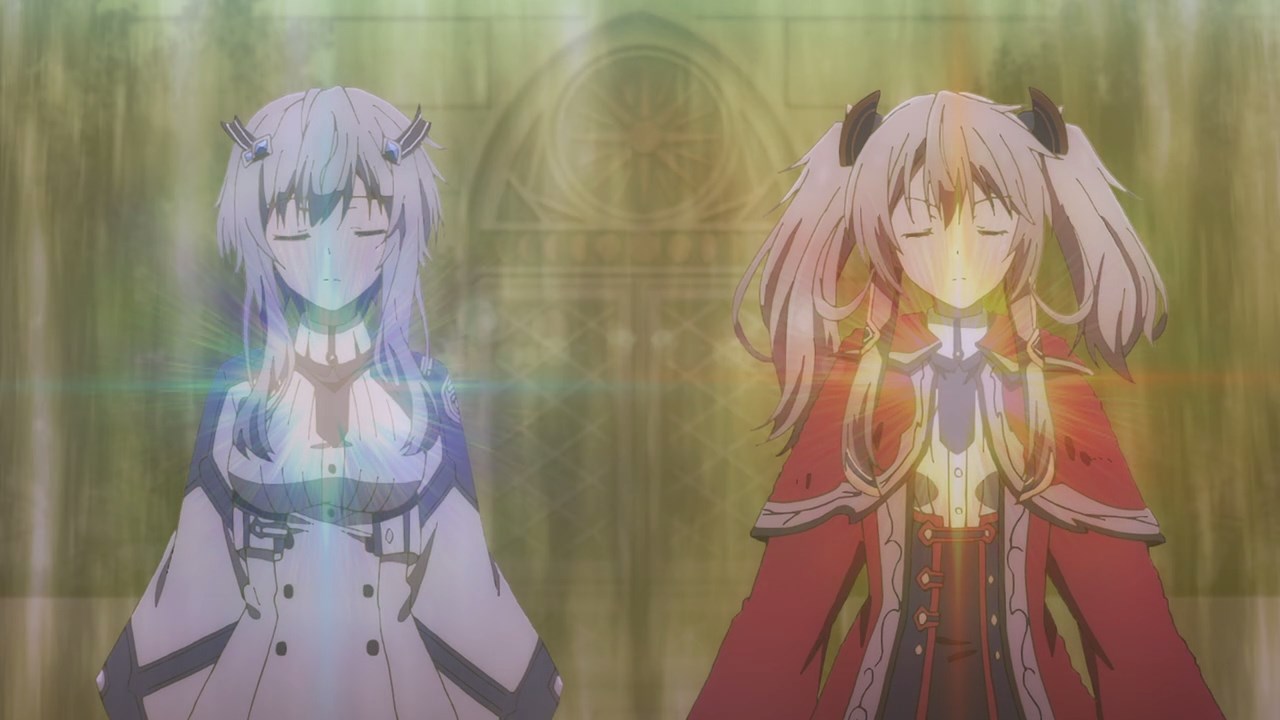 Meanwhile, looks like Misha and Sasha Necron have finally finished changing their fate as they became separate entities instead of one. And with that, Anos has finally succeeded on saving both lives. 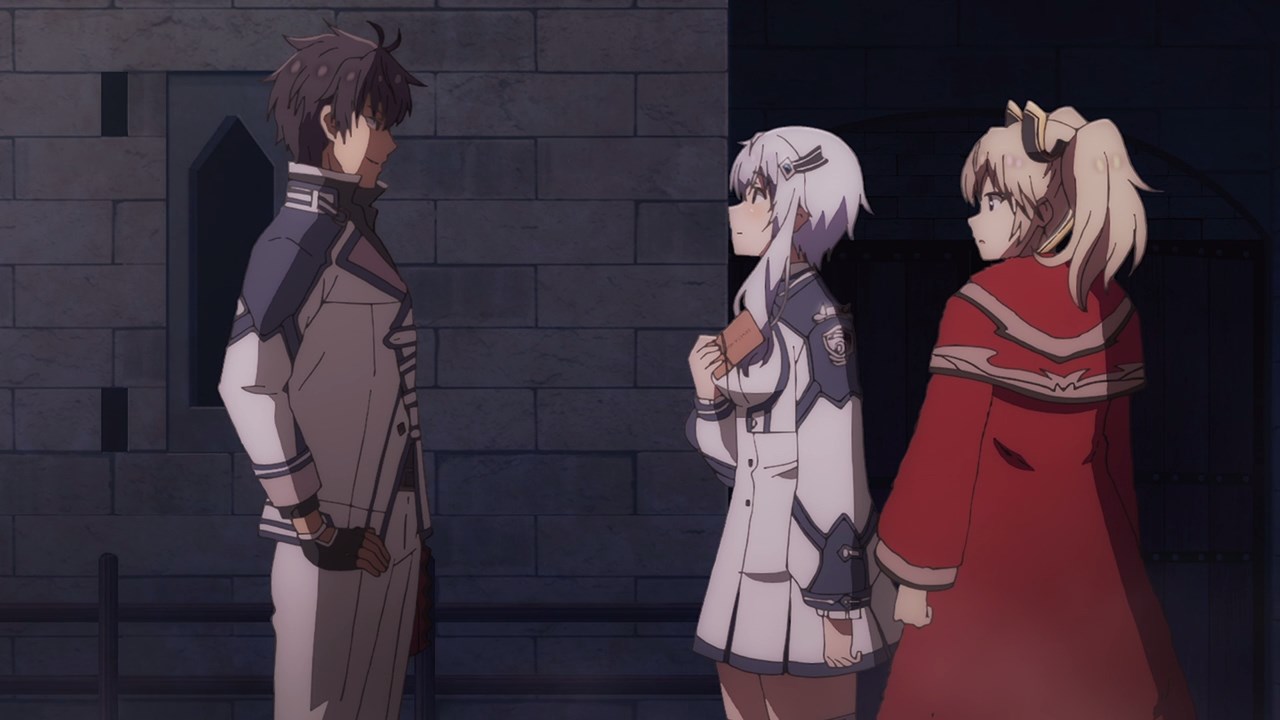 Oh, and they managed to escape from the demon palace with the scepter intact. With that said, happy birthday to both Misha and Sasha Necron as they pass the test along with Anos Voldigoad! 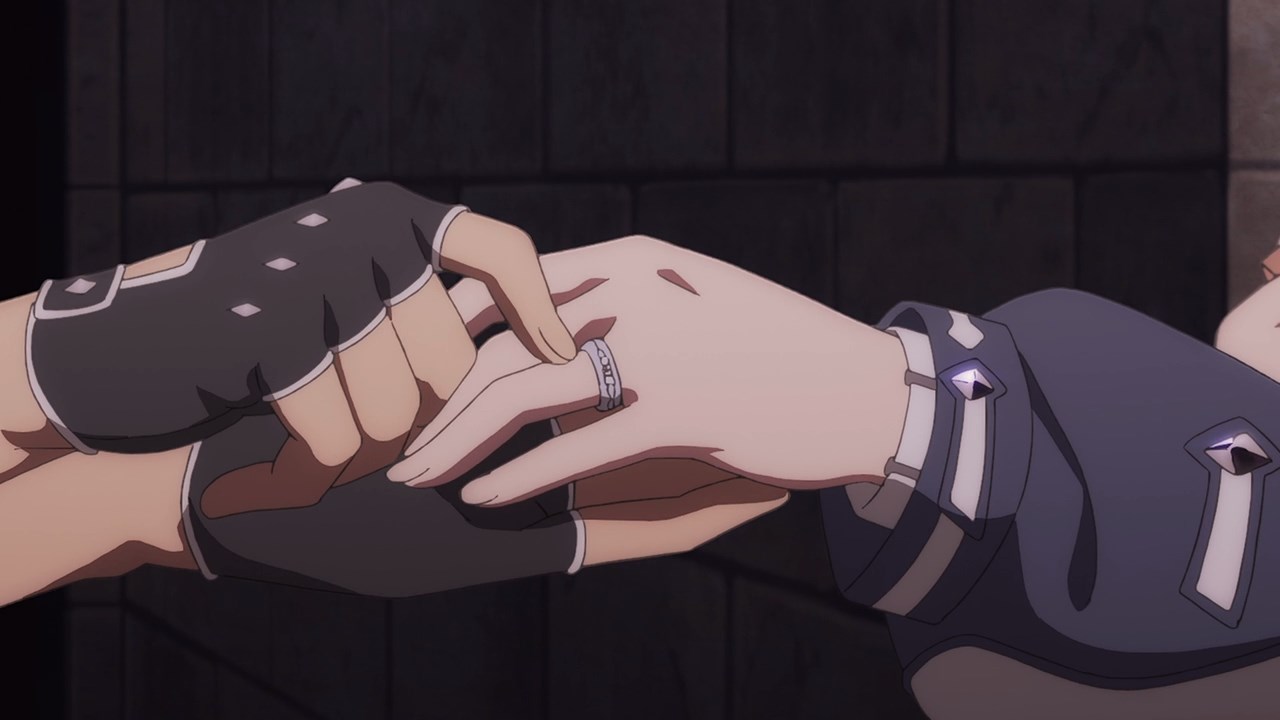 And while Sasha got the Phoenix Robe as her birthday gift, Anos gave something special to Misha as the real demon lord gave her a magic ring. 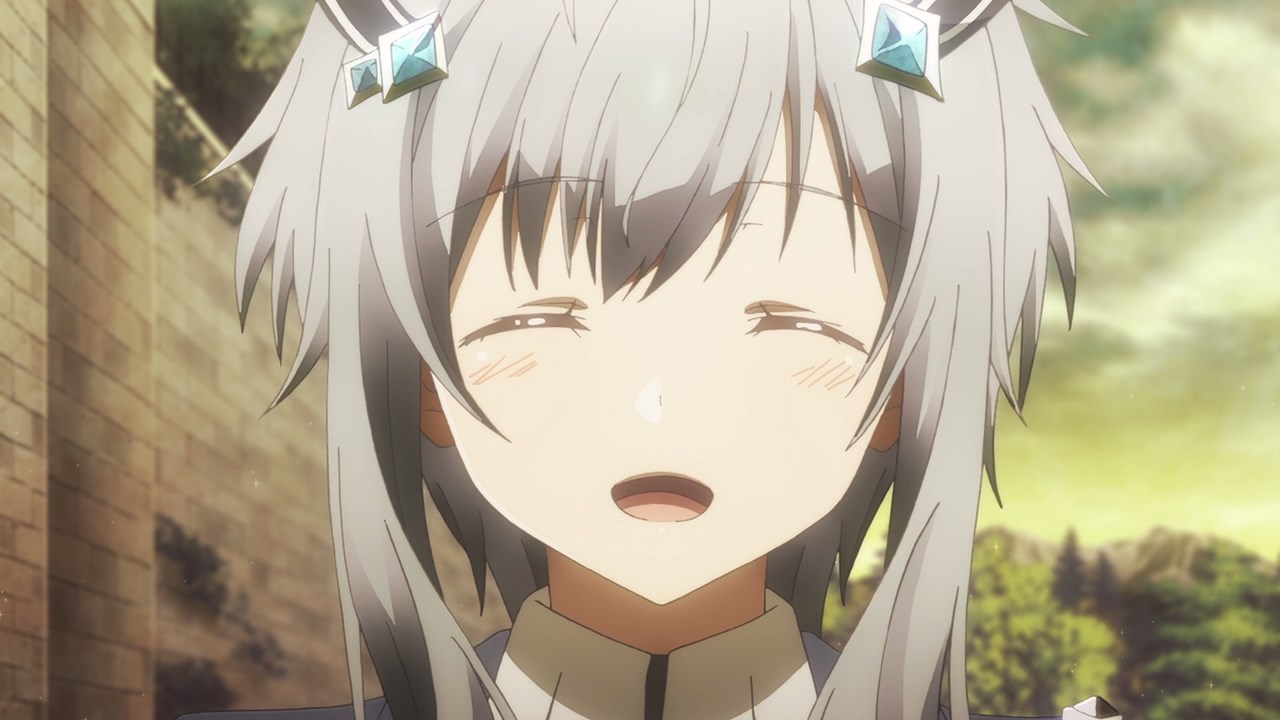 As for Misha Necron, looks like she’s happy on getting a gift from Anos Voldigoad. I guess I have to end this post with Misha’s smile that I want to protect!

Anyways, I’ll see you again as I can’t wait to see what amazing feat will Anos Voldigoad do next.