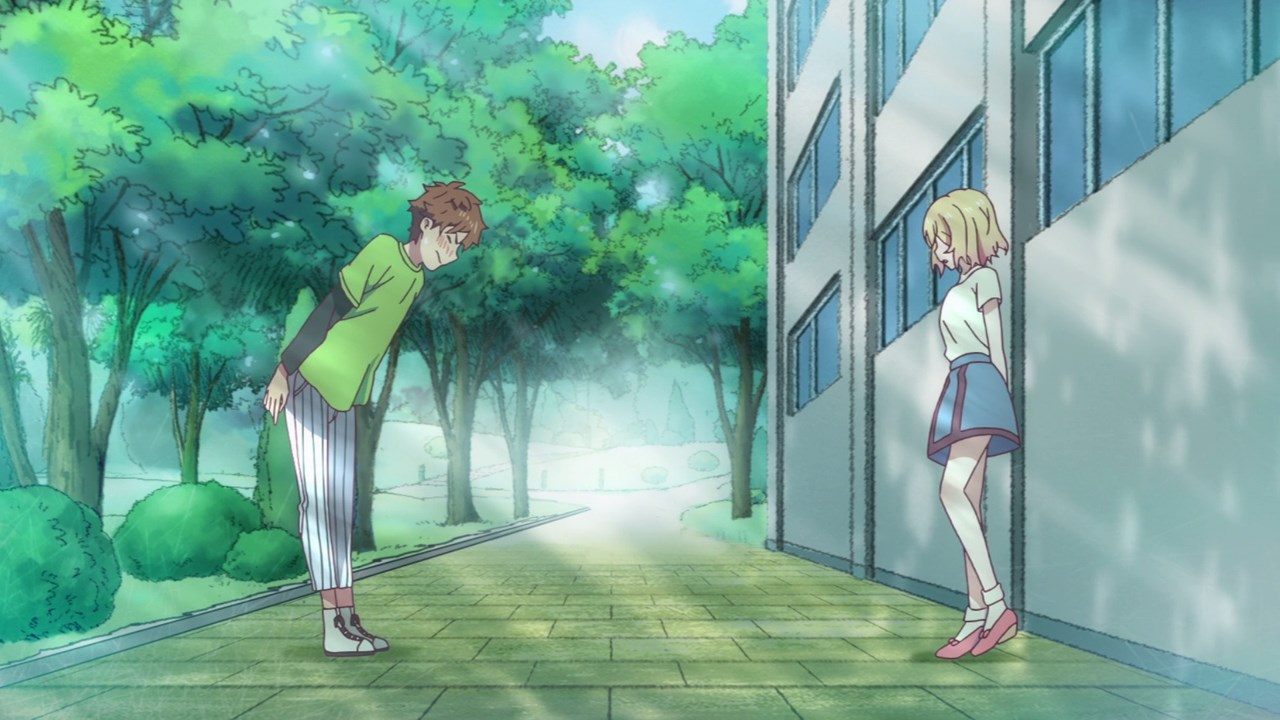 A few months ago, Kazuya Kinoshita asked Mami Nanami to go out with him, for which Mami-chan agreed to become a girlfriend to Kazuya.

Sadly, we all know what happened where Nanami dumped Kinoshita after a month of dating. 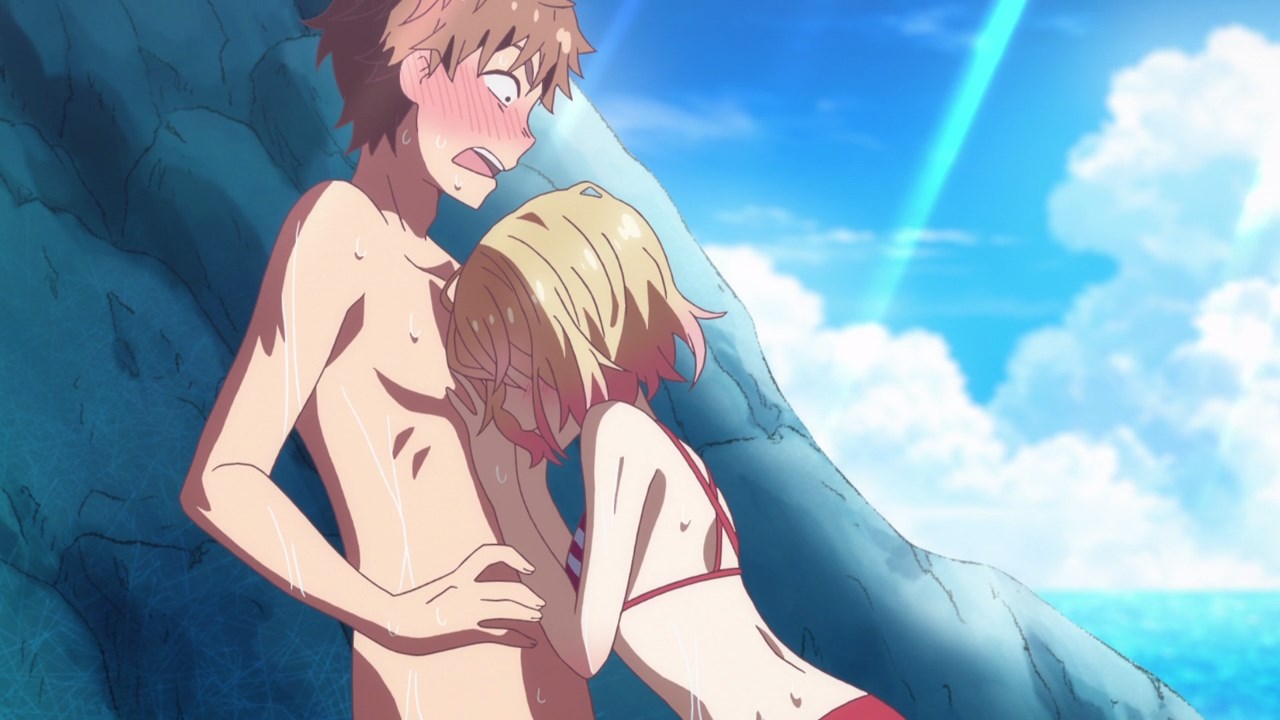 Of course, we returned to the present where despite cutting ties with him, Mami Nanami has some feelings for Kazuya Kinoshita. 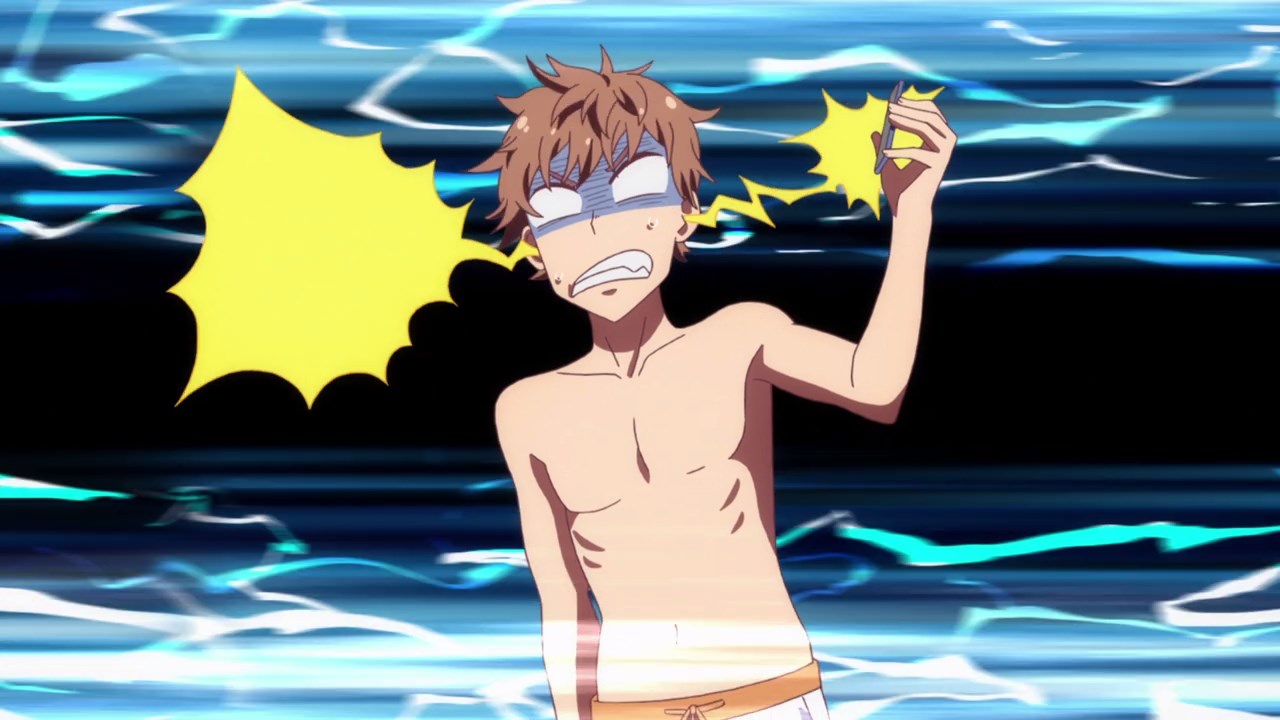 Meanwhile, Kazuya Kinoshita got a call from his grandmother where she’ll be discharged soon. Then again, his grandma is sobbing at the moment. 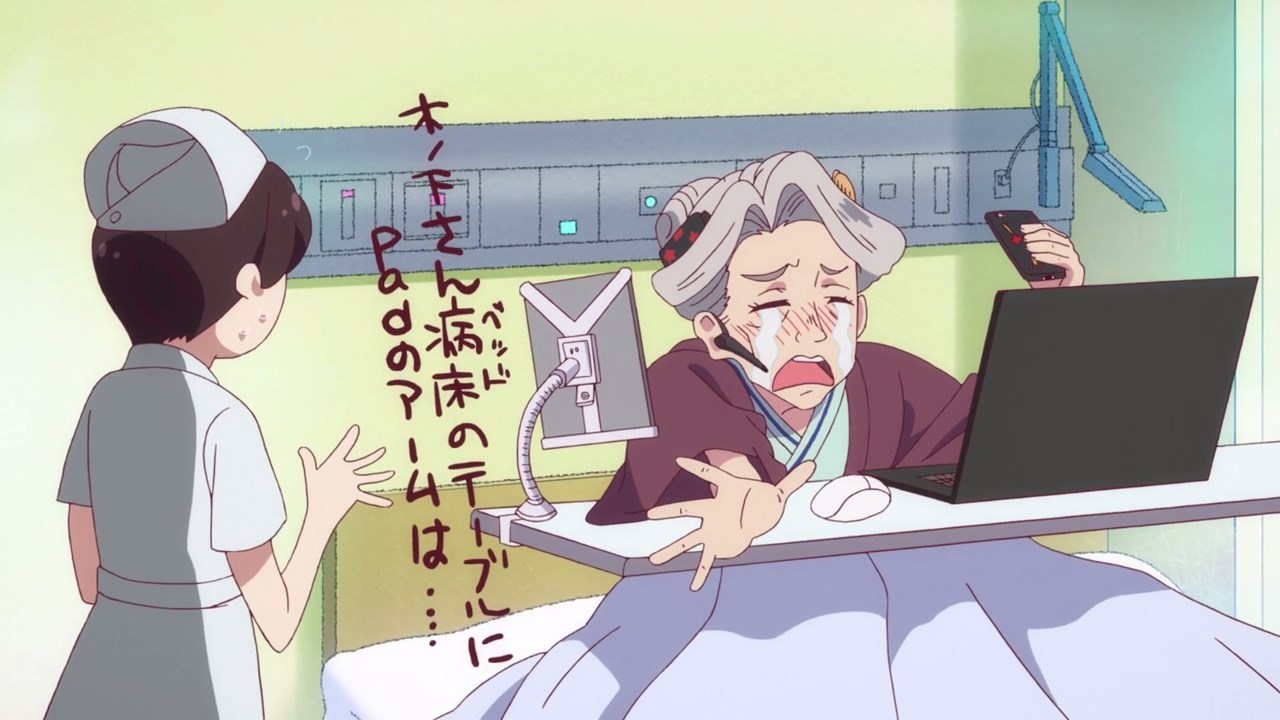 That’s because she lost her precious ship girls in Kantai Collection. Wait, is anyone play Kancolle in this day and age? The only thing that’s hot right now is Azur Lane or even Arknights.

But yes, Kazuya’s grandmother will be out of the hospital soon. Not only that, but Chizuru’s grandma will be discharged too so there’s no need to pretend that they’re lovers. 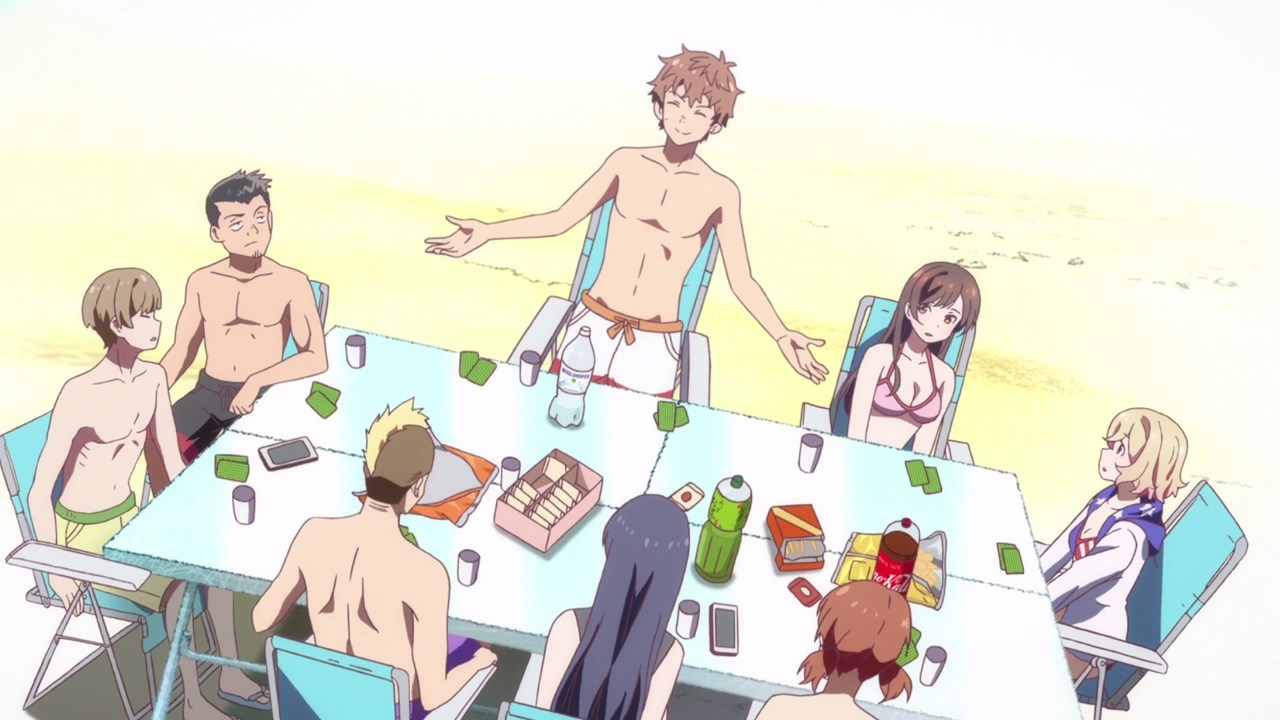 However, Kazuya decides to tell everyone that he plans to break up with Chizuru Mizuhara.

Wow, the audacity for this idiot to tell the world about his split with Chizuru! I bet that someone won’t like this… 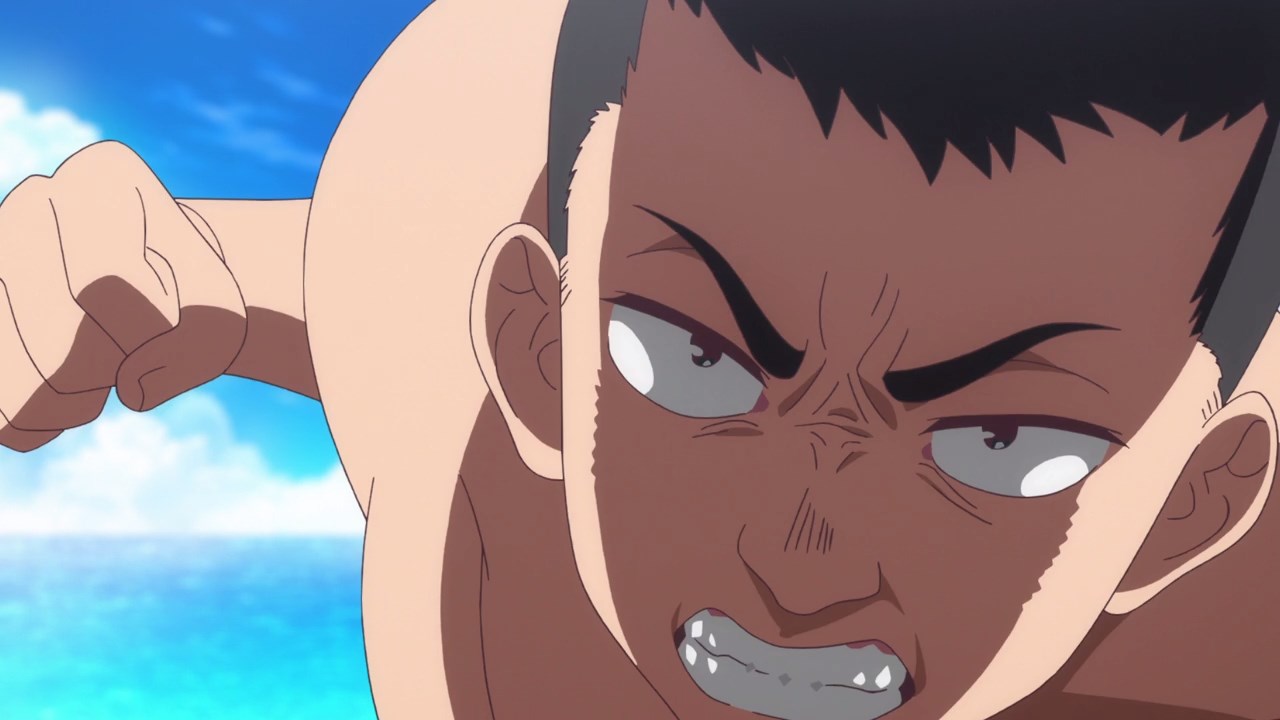 And it turns out that one of his friends named Kibe decides to teach Kinoshita a lesson by punching him. 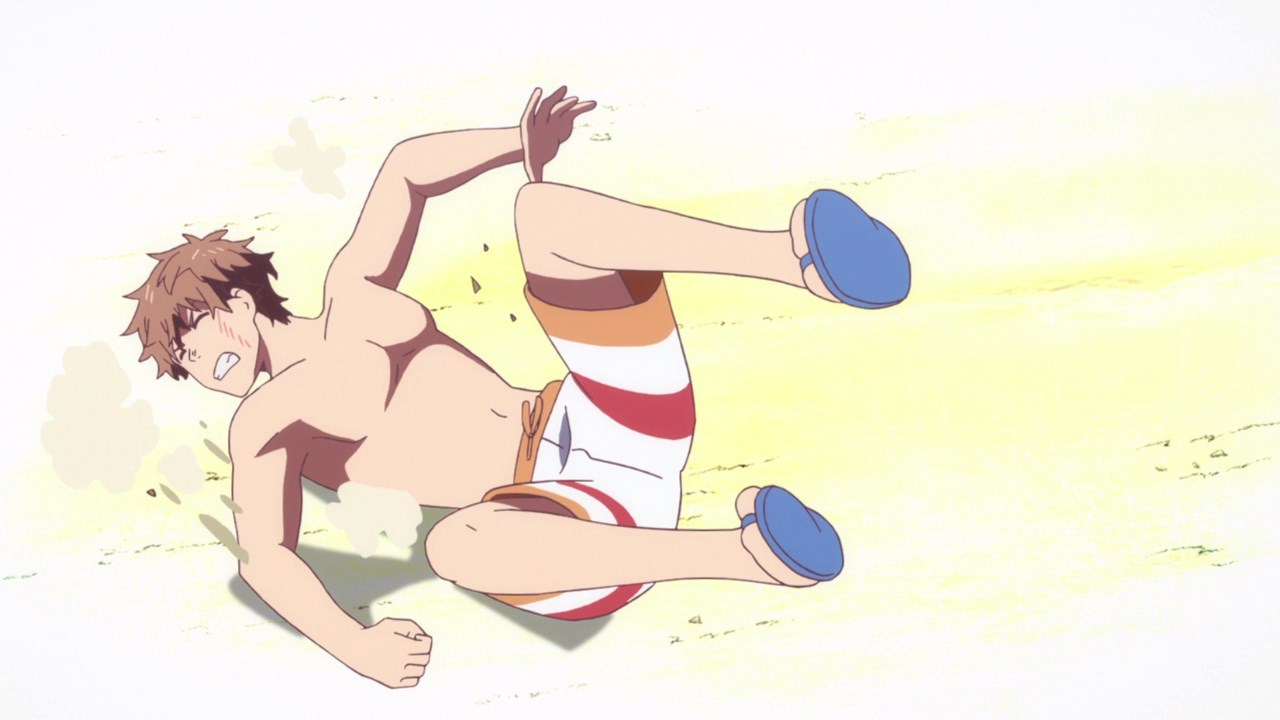 And really, Kazuya deserved a beating for being stupid and screwing everything up. Still, Kinoshita doesn’t like to lose to a fist fight… 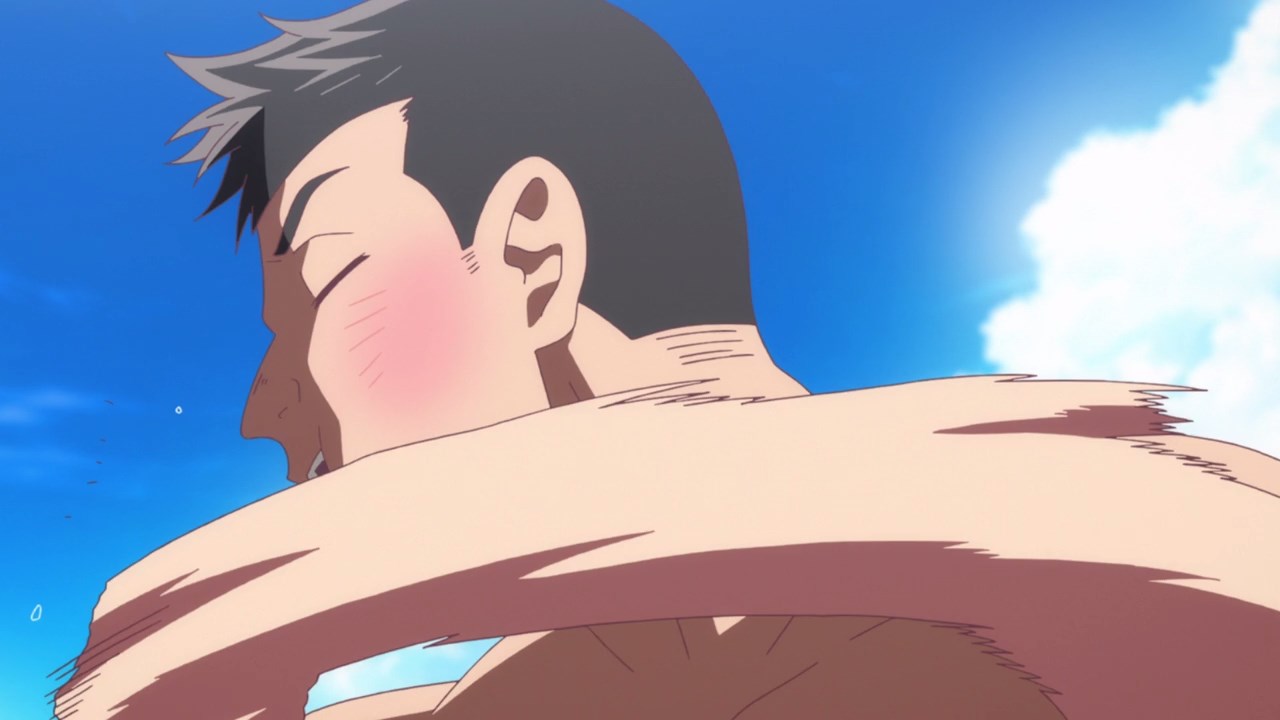 So, he fights back as Kazuya delivers a left hook to Kibe’s cheek. Well then, I feel that their brawl will be very ugly so might as well take our leave. 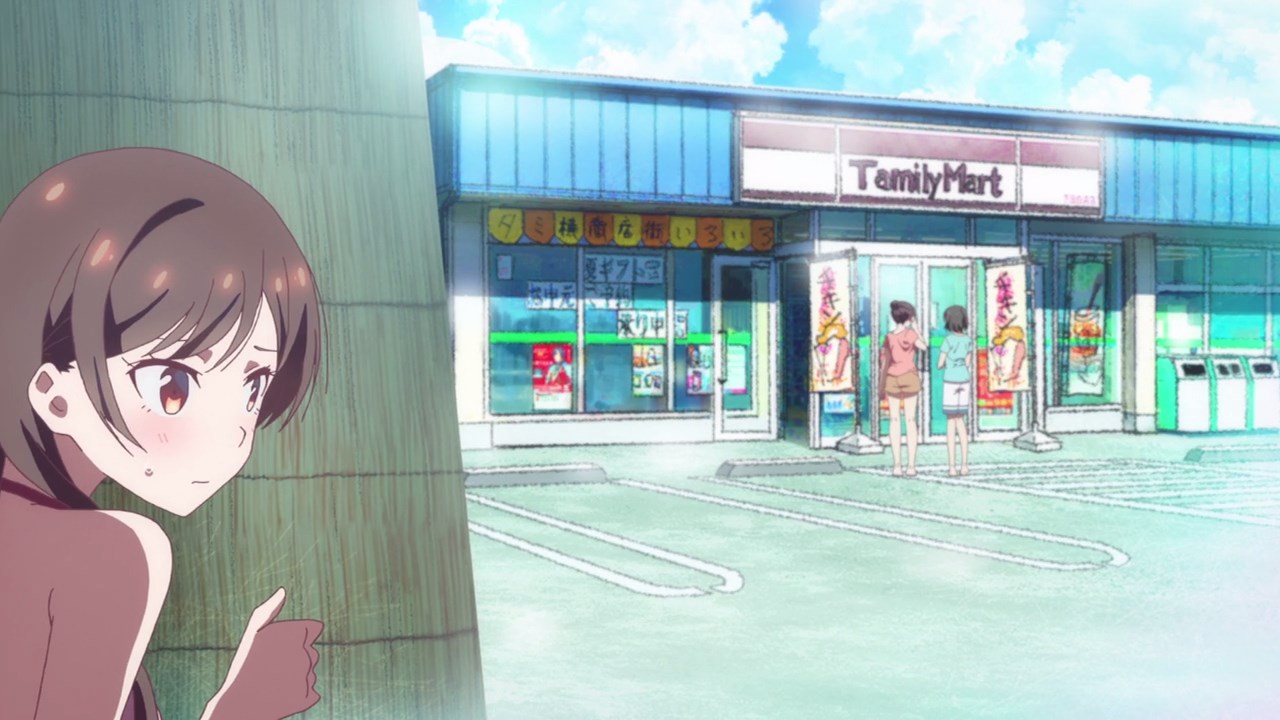 And that’s when Chizuru Mizuhara decided to head home ’cause she doesn’t want her secret revealed to everyone. Problem is that her clothes are inside the convenience store. 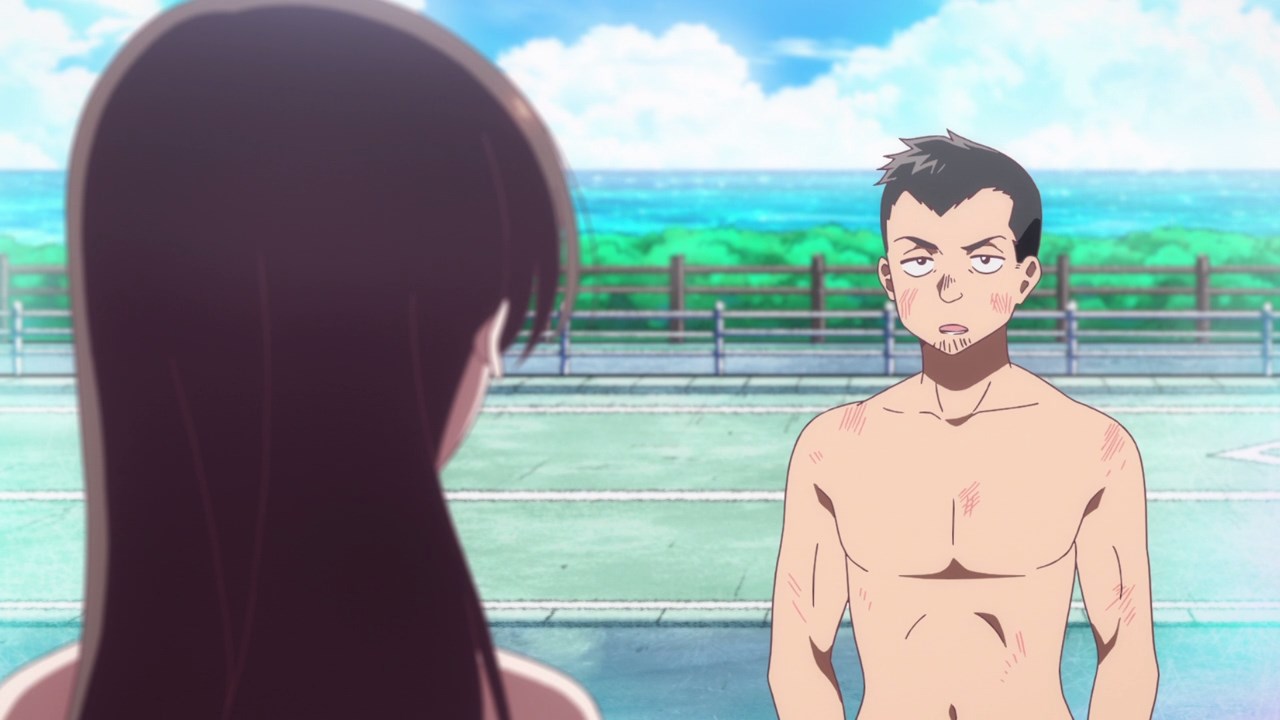 Oh and it gets worse when Kibe is here. Don’t tell me that he’s gonna steal Chizuru away from Kazuya as payback? 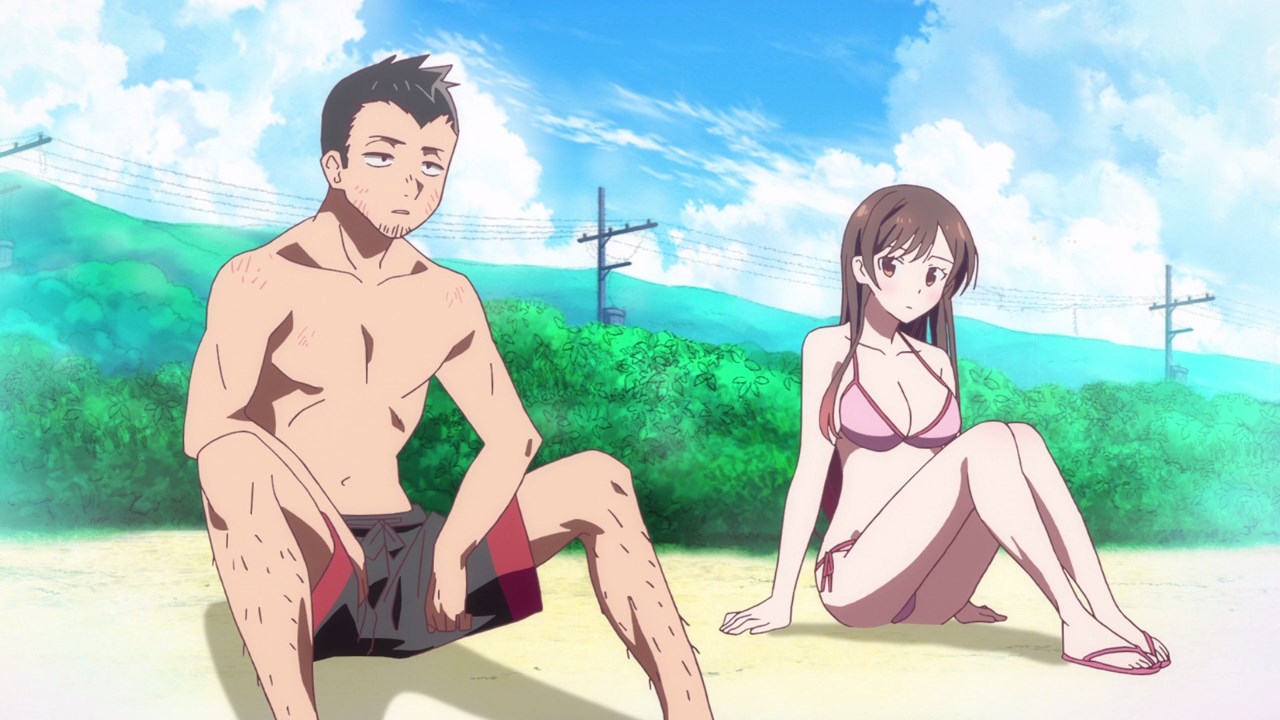 Actually, Kibe wants to talk to Mizuhara about Kinoshita where they’re childhood friends. In fact, he’s very supportive towards Kazuya so Kibe is upset when his friend decides to break up with his girlfriend on a whim.

Um Kibe-san, I think you shouldn’t pry further into Kazuya’s failed love life because you’re gonna open a can of worms full of complicated misery. 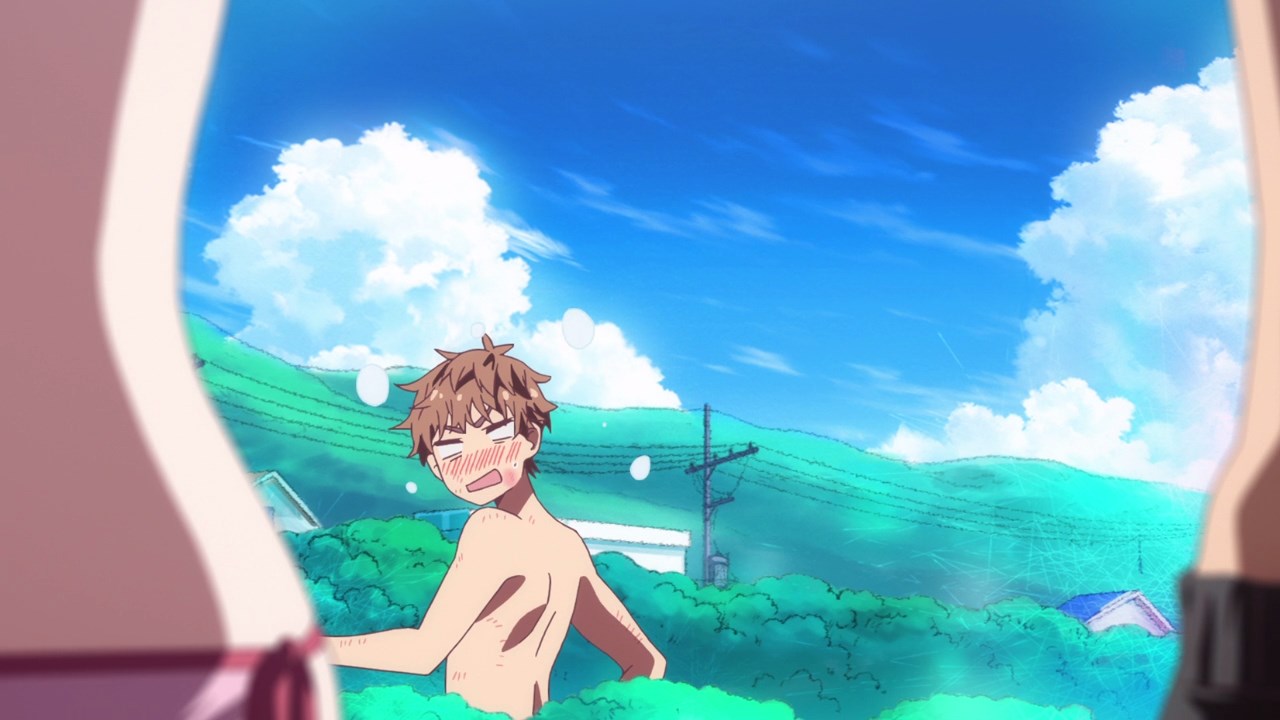 One more thing, Kazuya is here where he heard the conversation between Kibe and Chizuru. Of course, Kibe has no ill feelings towards his friend as he’s not planning to steal Chizuru.

But for Kinoshita however, I think he embarrassed himself for interrupting into someone’s conversation or having wrong assumptions. Oh well, I think it’s time to head back to Tokyo! 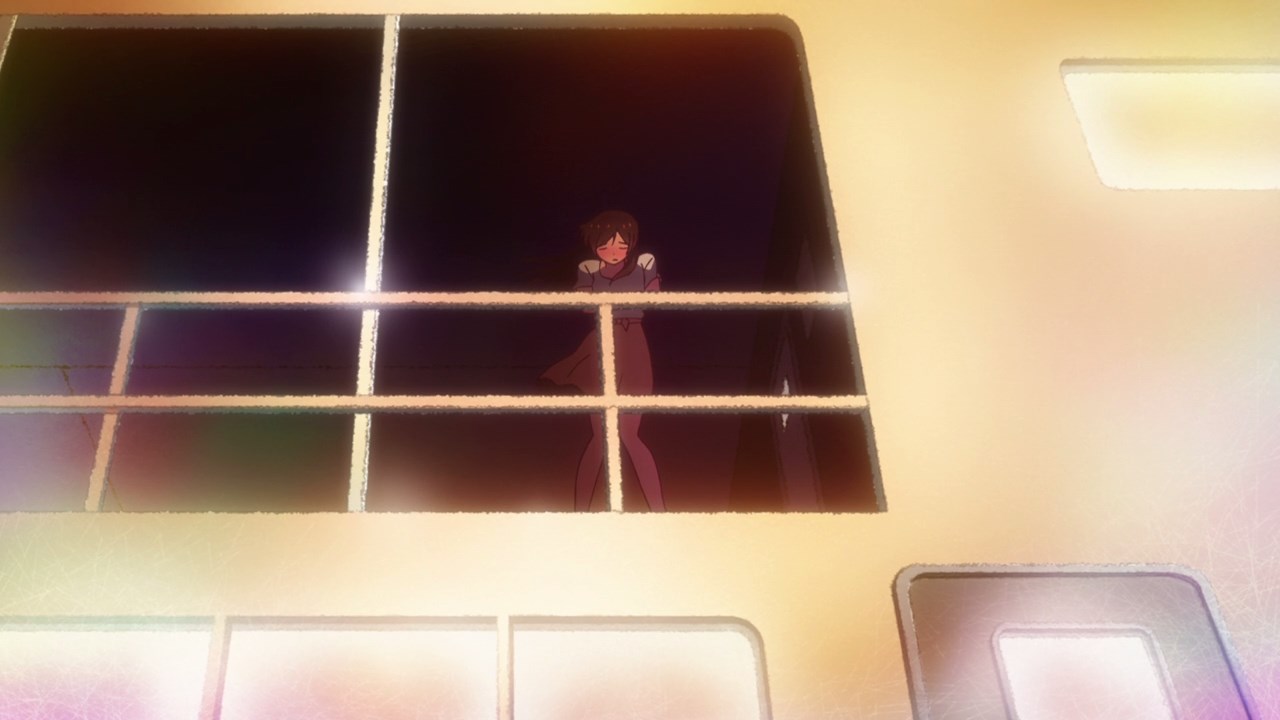 Anyways, both Kazuya Kinoshita and Chizuru Mizuhara took a ferry ride as they got tickets from Kibe. However, it appears that Chizuru is having some seasickness where she might fall towards the ocean at any minute. 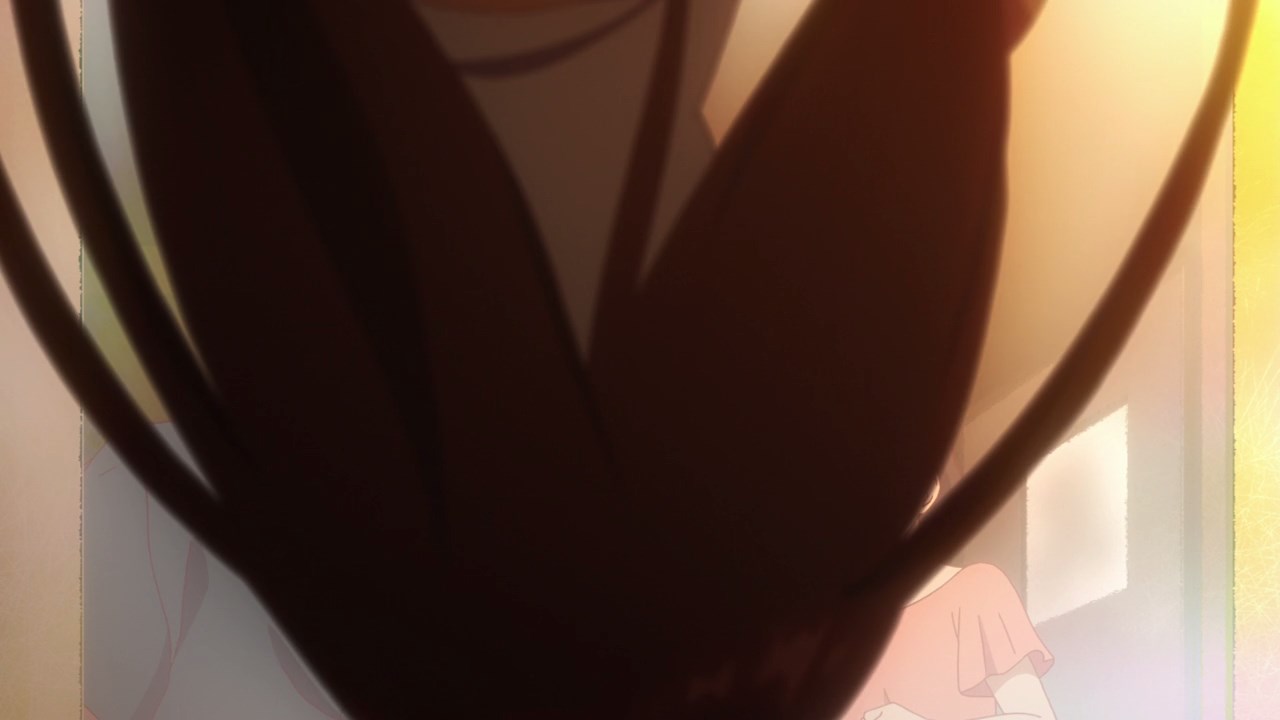 Unfortunately, the ferry rock so hard that Mizuhara went overboard and sank towards the ocean. Oh please, somebody save Chizuru! 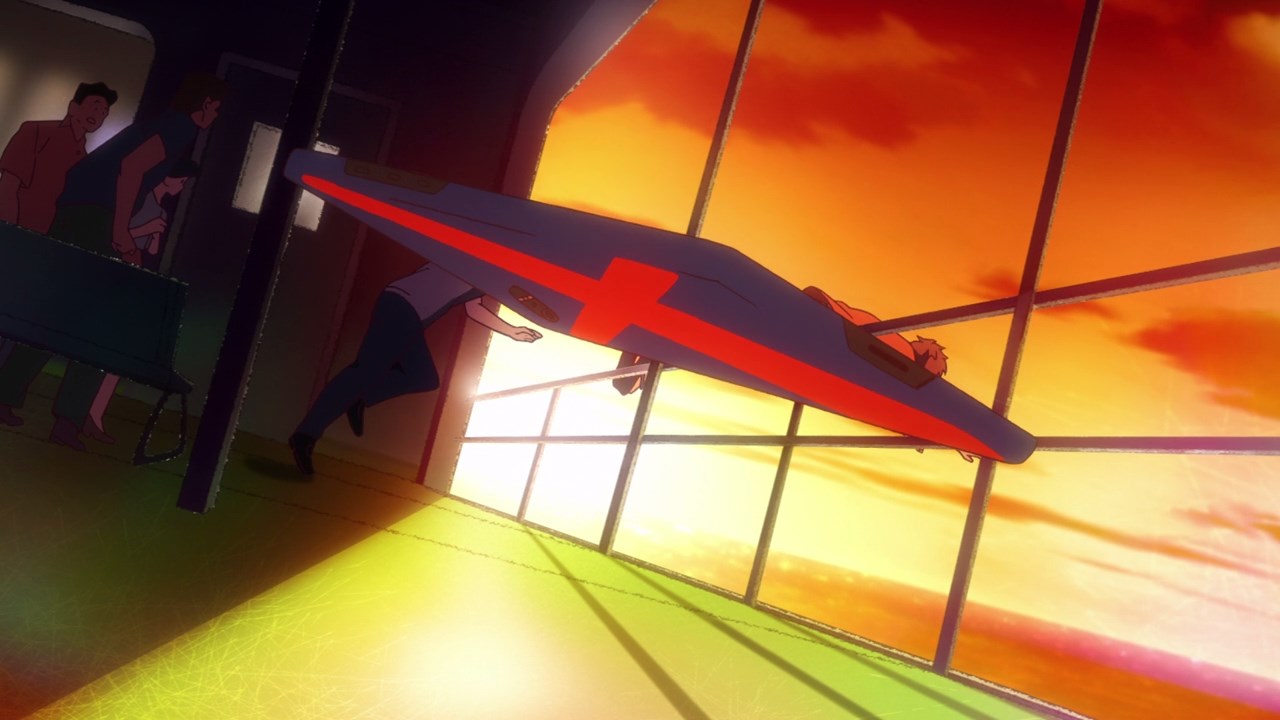 Well, there’s Kazuya Kinoshita where he jump out to the ocean to rescue his rental girlfriend, although I’m worried that Kazuya couldn’t swim. Also, looks like his smartphone got broken.

Anyways, let’s hope that Kazuya might somehow rescue Chizuru from being drowned. Then again, I have a bad feeling that next episode could be worse for Kinoshita!