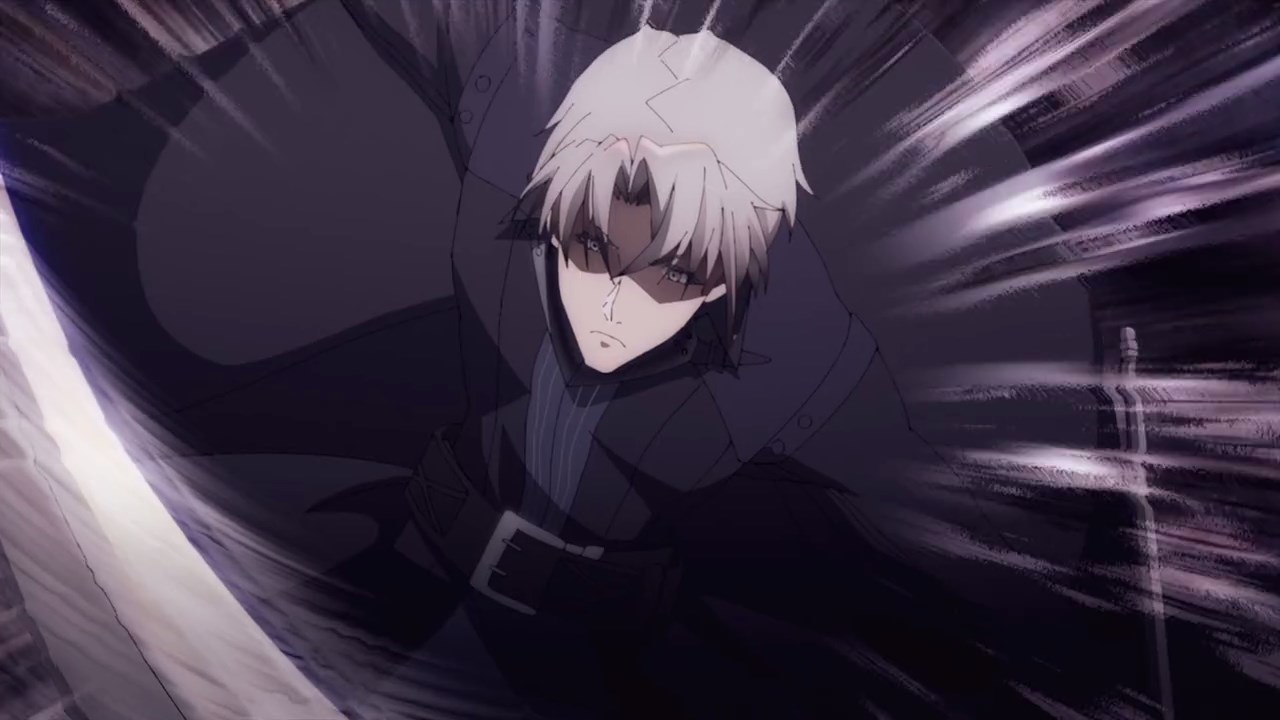 Let’s start this new story arc with the introduction of Shin, Anos Voldigoad’s highly-trusted swordsman who can put up a fight against Kanon and his team of heroes. 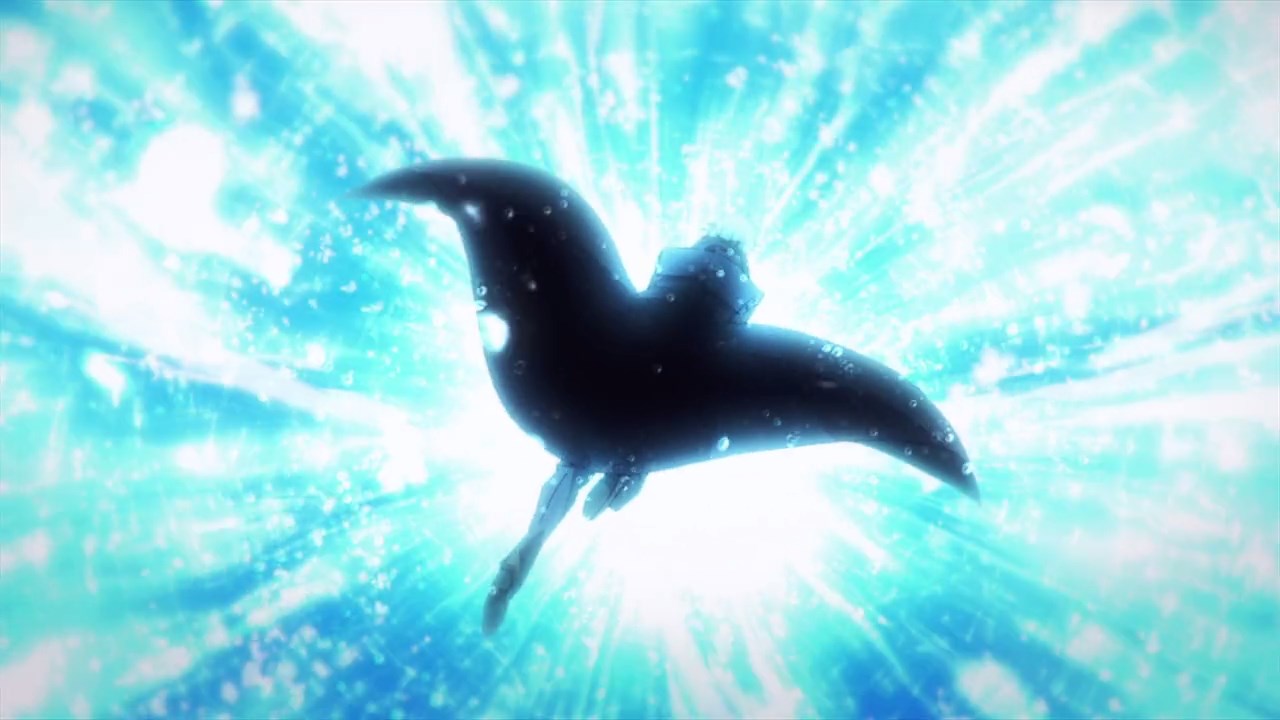 But sadly, his magic aptitude is not his greatest forte that Shin’s chances of complete reincarnation is low. Still, I hope that someone would inherit Shin’s swordsmanship in peaceful times. 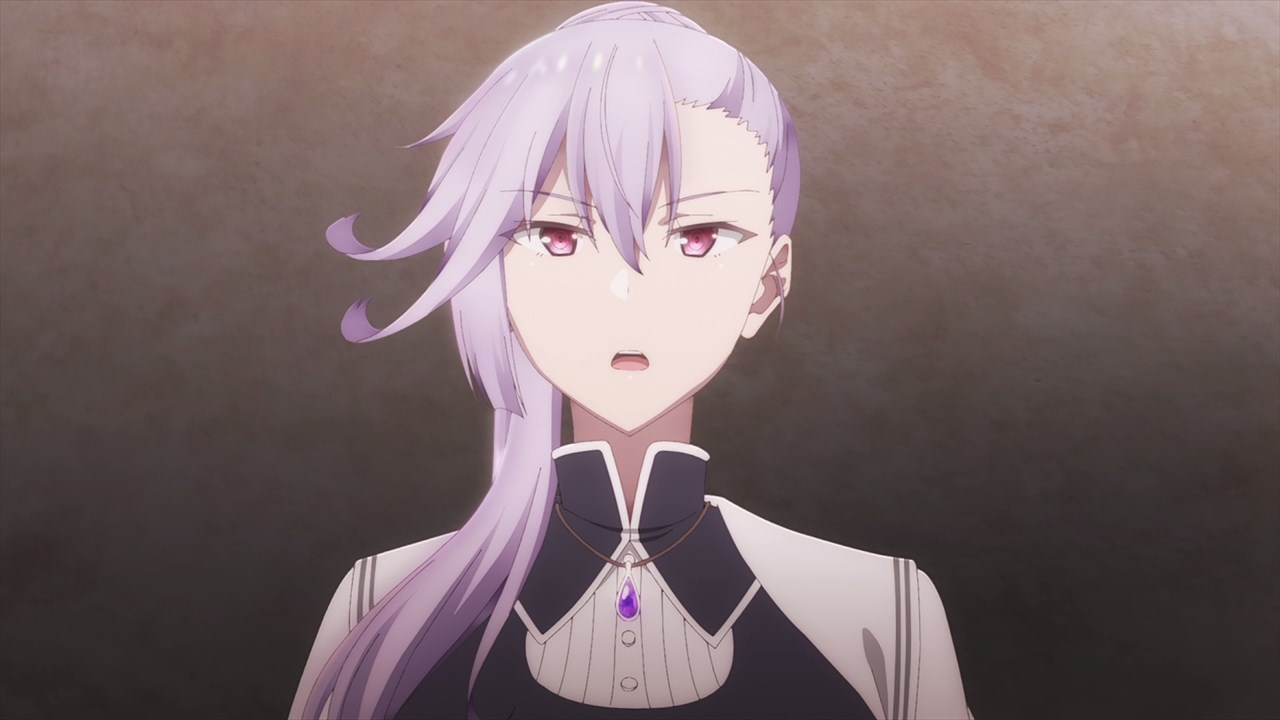 But let’s move onto the present where Emilia Ludowell announces a transfer student, as well as the results of the dungeon exam.

Unfortunately, despite Anos Voldigoad getting the scepter in Delsgade, he and his team got 70 points out of 100 as Emilia claimed that he got a fake one. 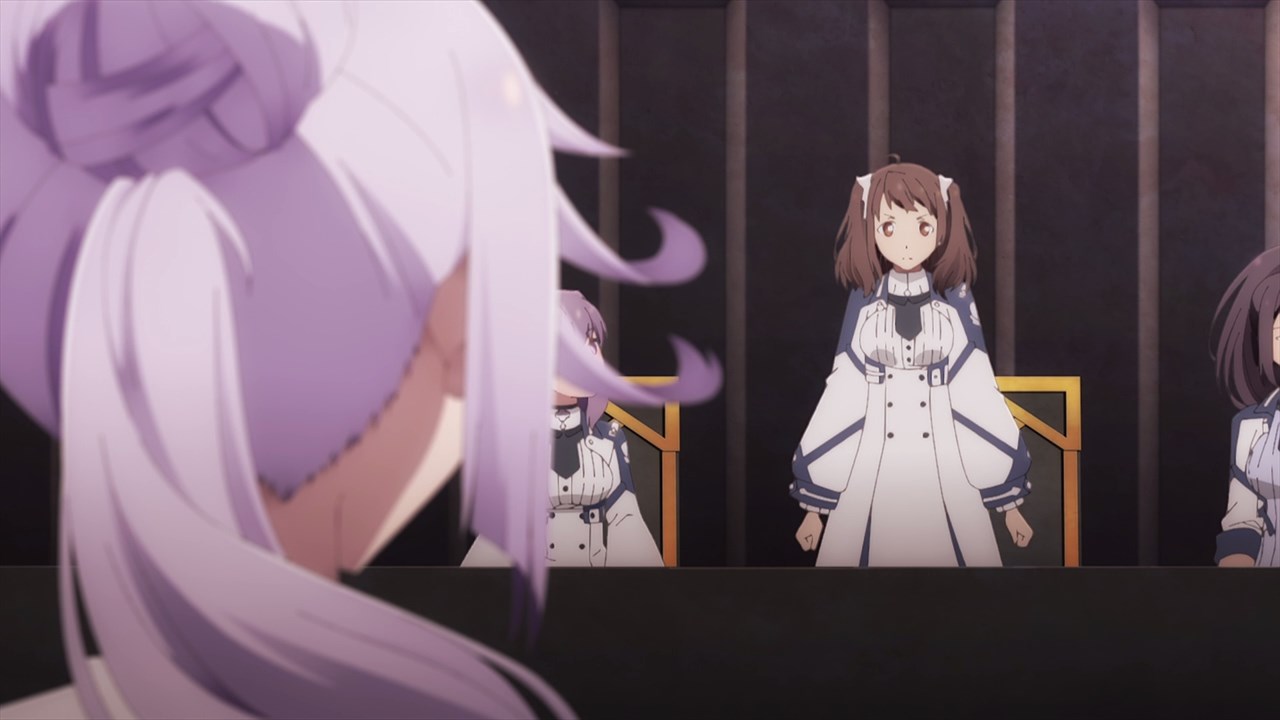 Of course, not all of them agreed to Emilia’s decision as Misa Ilioroagu called the teacher out for not giving Anos and his teammates a perfect score.

Yeah, something fishy is going on here as the faculty really want to discredit Anos’ feats, despite the fact that his magic levels are unparalleled. 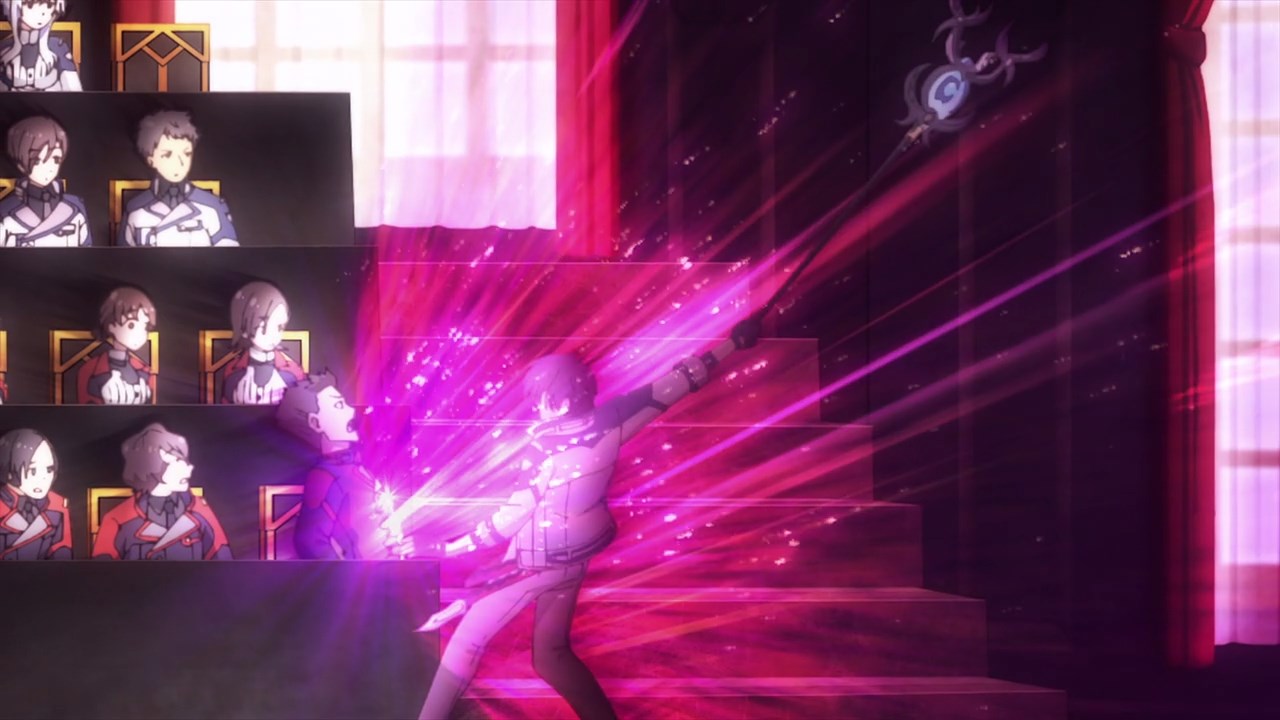 But speaking of Anos, looks like he found the real scepter as he took it out from one of the students. Gotta say that Anos and his team will get a perfect score. 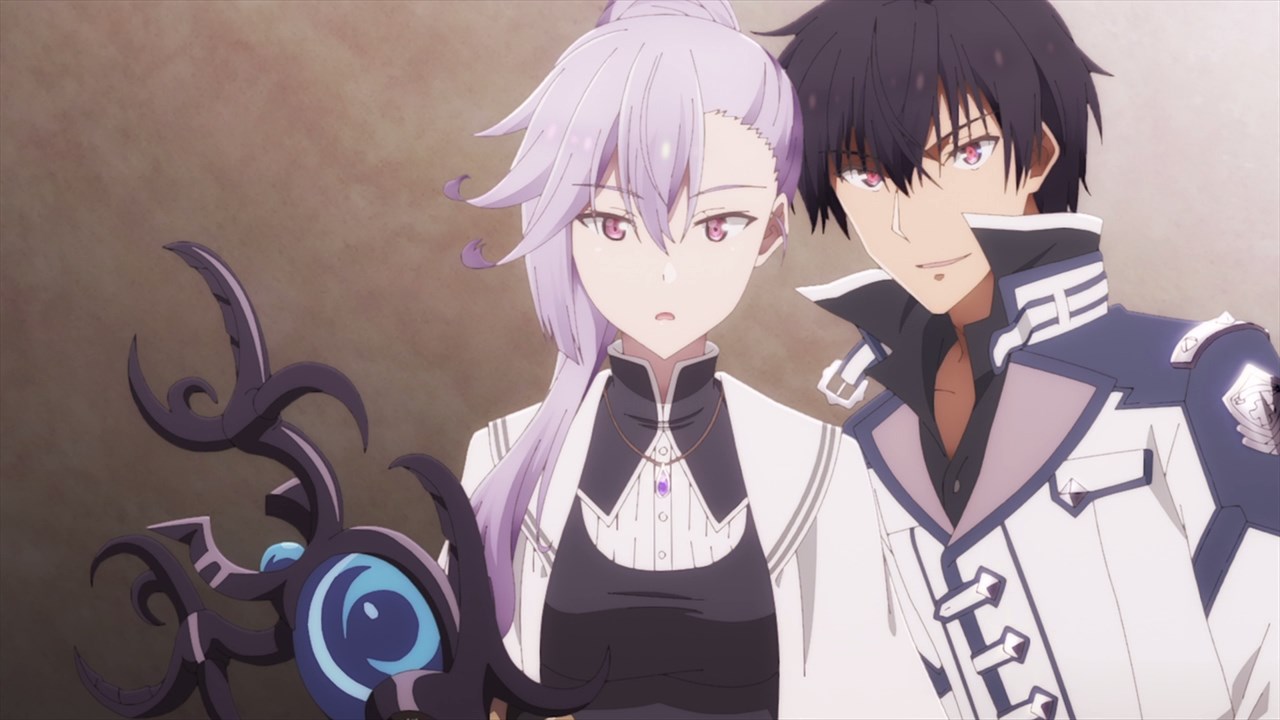 Also, he told Emilia to do a better job on stealing the item and hiding it somewhere safe, although Anos will just find the stolen item anyway. 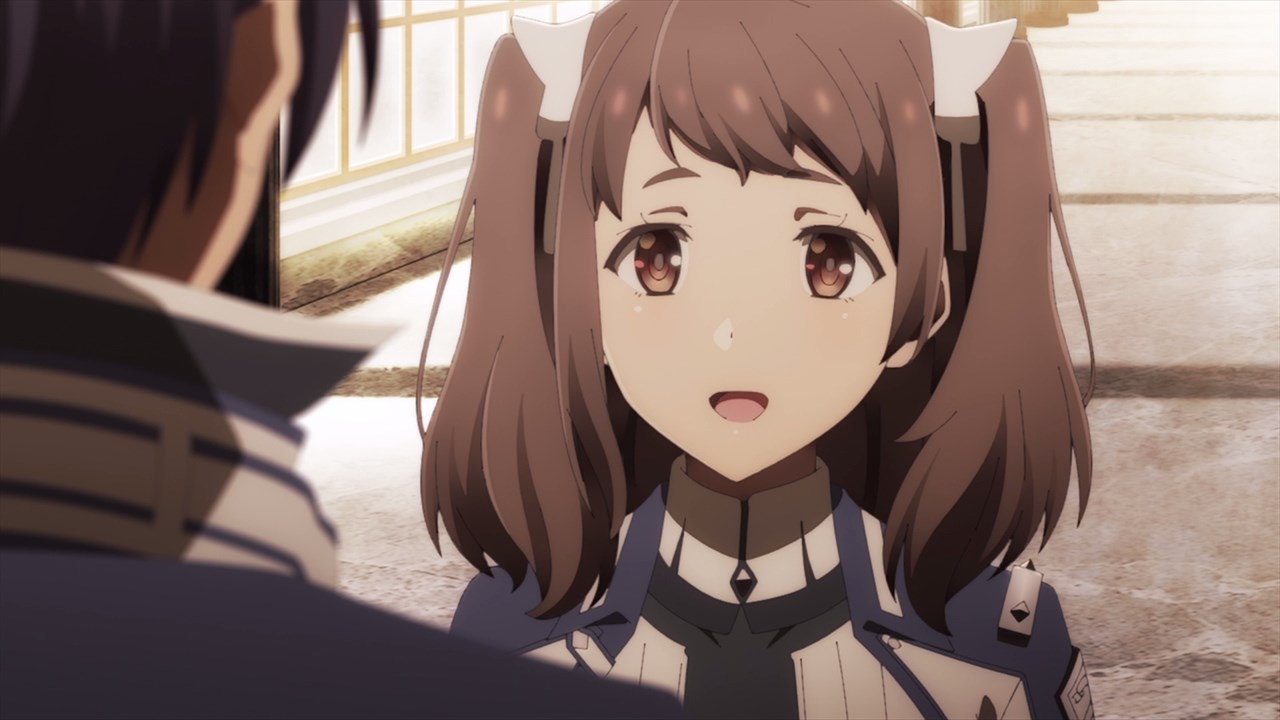 Now then, let’s talk about Misa Ilioroagu where she’s part of the Unitarians, a group of hybrid demons who want to seek unity with the higher-class demons.

But because the entire world is ruled a phony demon lord, the divide between demon classes remained as it is. Come to think of it, I wonder why Avos Dilhevia didn’t crush the Unitarians right away if they pose a threat to the status quo? 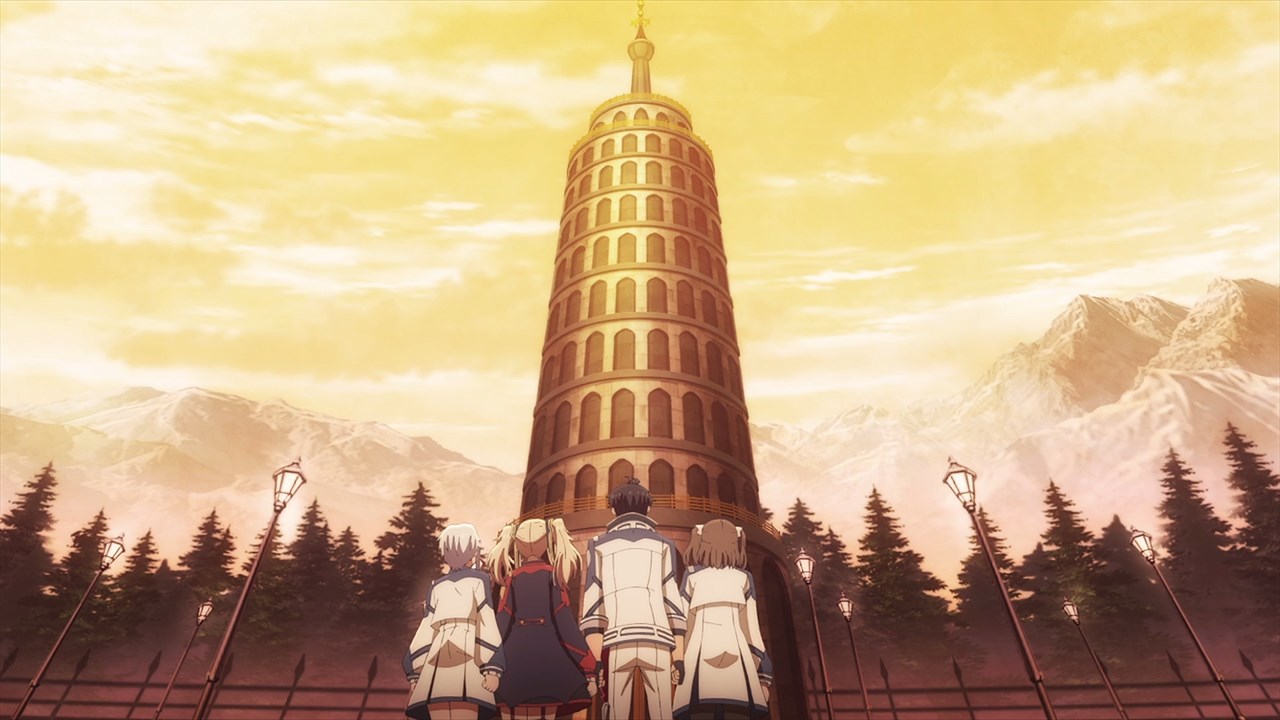 By the way, the Unitarians have a fancy tower called Union Tower where they discuss various topics. 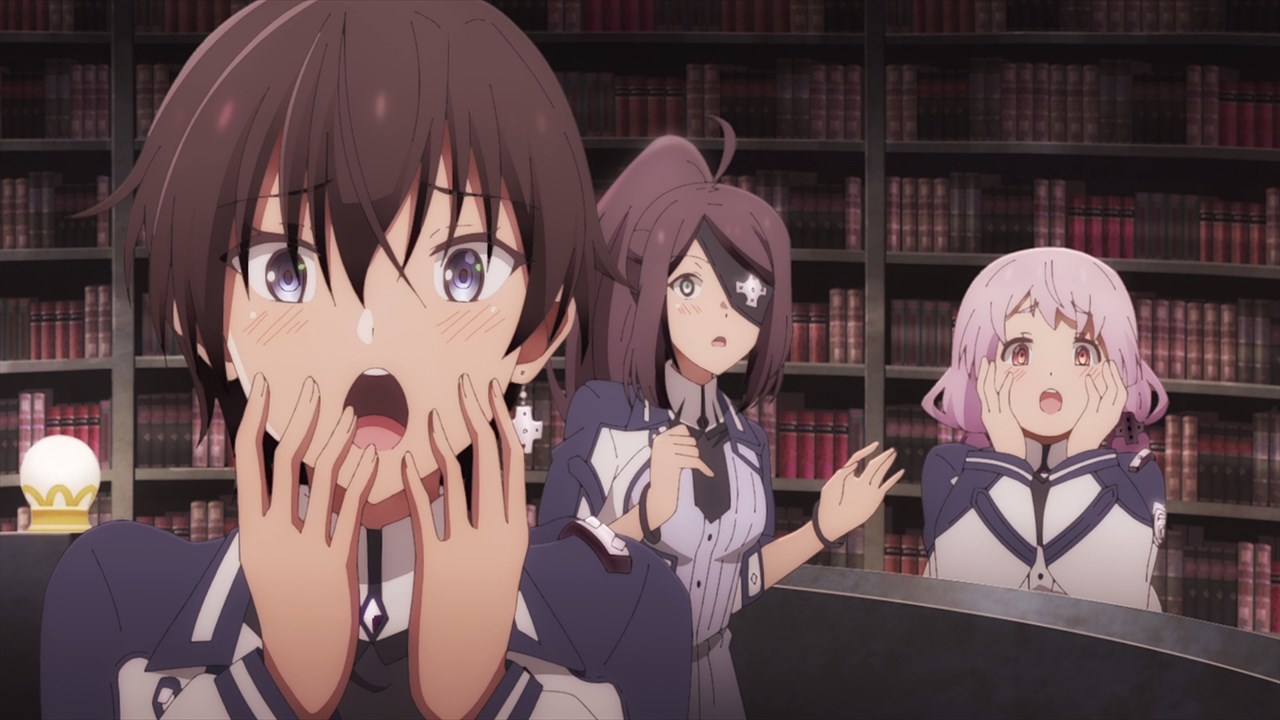 Oh yeah and about the fan club, these girls are really devoted to Anos Voldigoad whenever he shows up. I have no words to speak of when it comes to their devotion to the real demon lord! 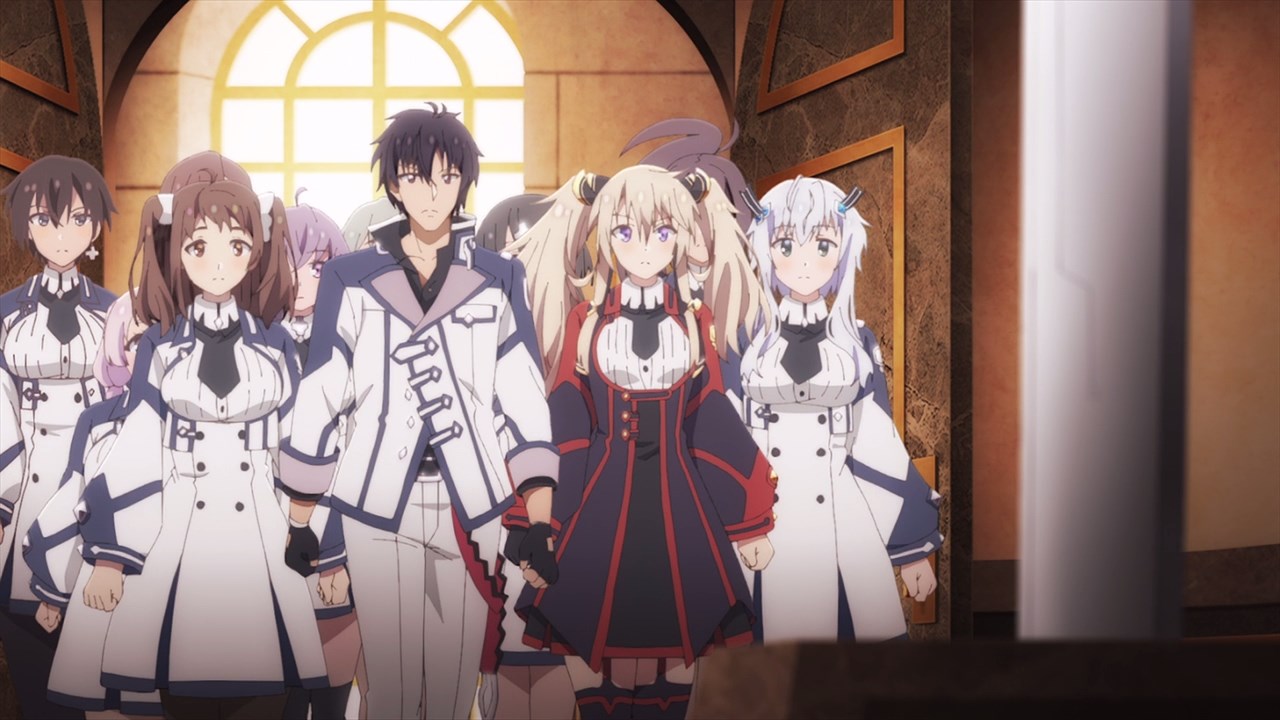 One more thing, Misa wants to show something important to Anos and the Necron sisters. This is a sword that was given to her when Misa was 10 years old. 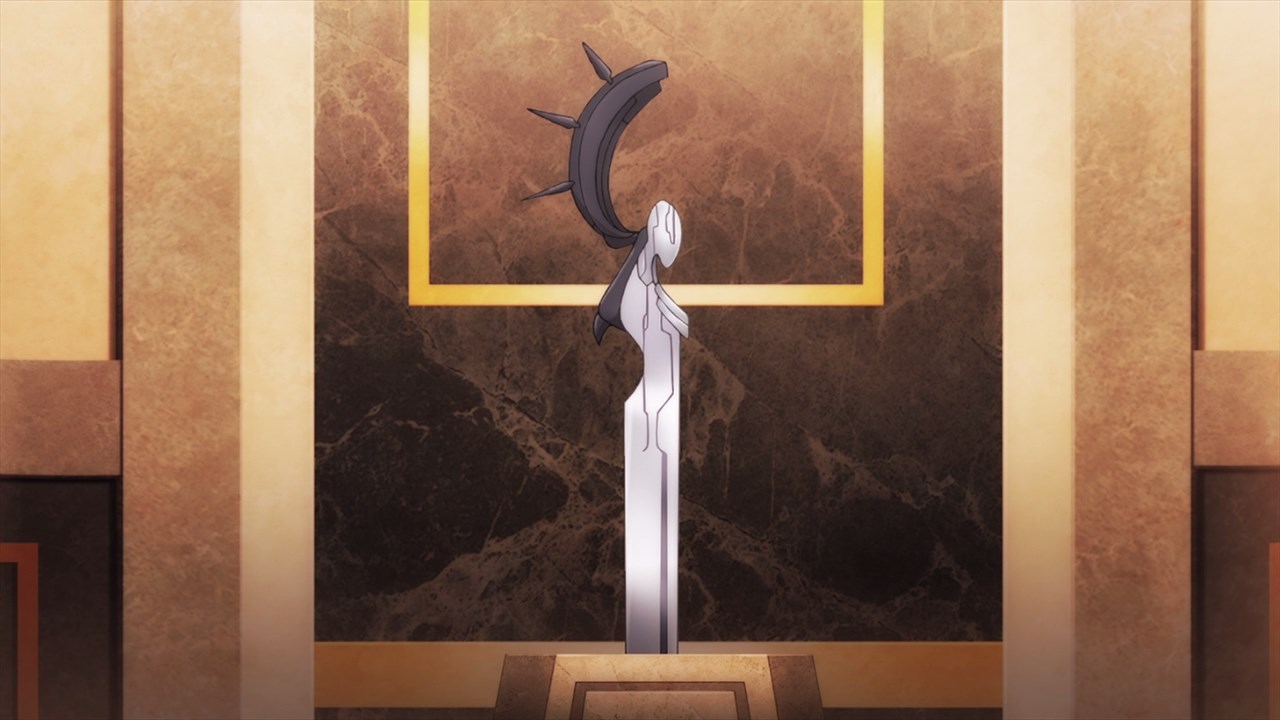 Except that she only received one half of the sword as Misa’s father kept the other half of it. And things got complicated when Misa Ilioroagu revealed that her mother is a spirit while her father is a noble demon.

While Misa hopes that one day both classes will unite and thus the sword will be completed, it’ll be a long time to change the status quo. Of course, Anos will change that but he has to be careful. 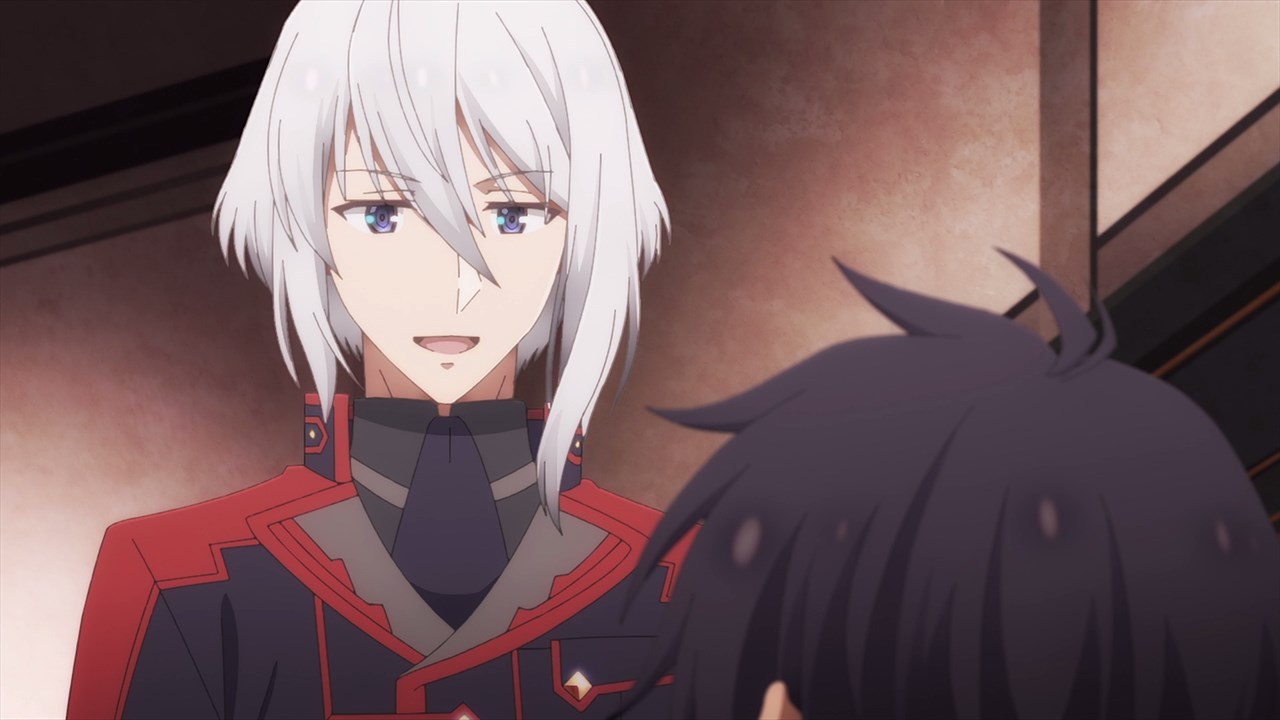 Now then, looks like Demon Lord Academy has a new student named Lay Glanzudlii who’s a full-blooded demon, meaning that he’s closer to the Demon Lord of Tyranny.

But unlike those demons who have royal blood and often look down at hybrids, Lay is interested in Anos Voldigoad where he wants to become a subordinate. 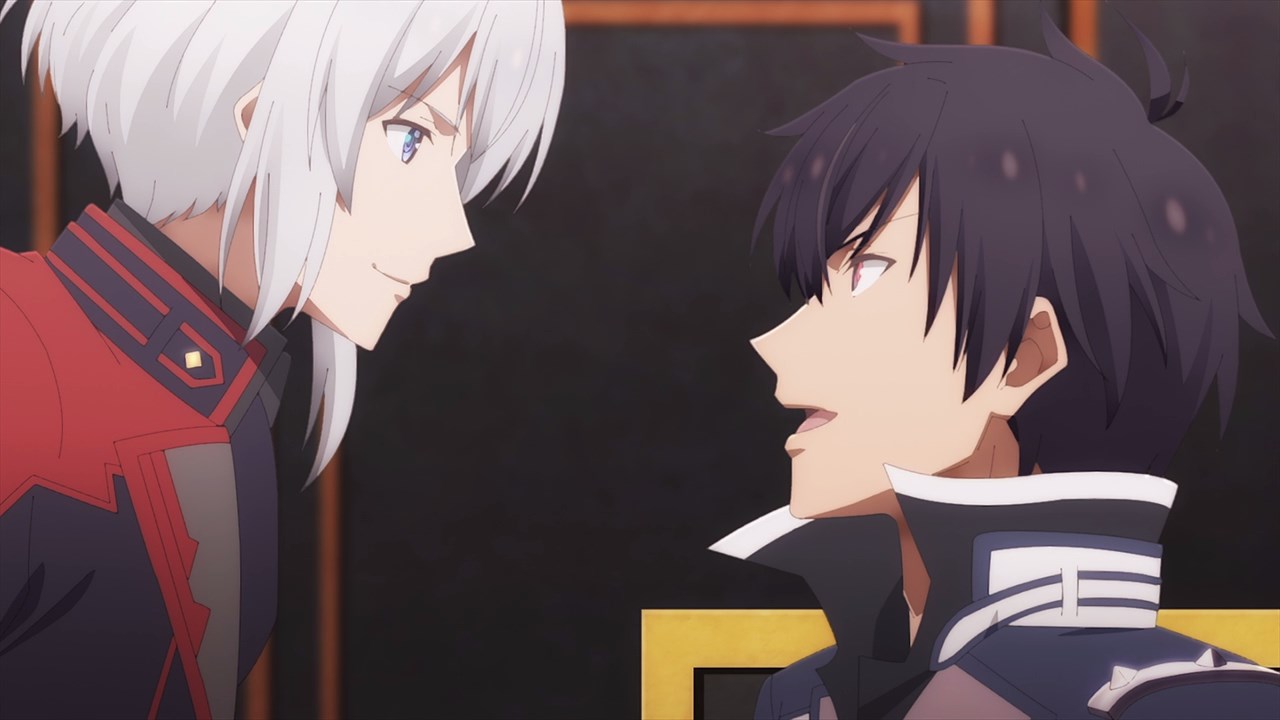 Unfortunately for Anos, he doesn’t take anyone until they prove themselves to be a better demon. Oh boy, I smell a battle coming… 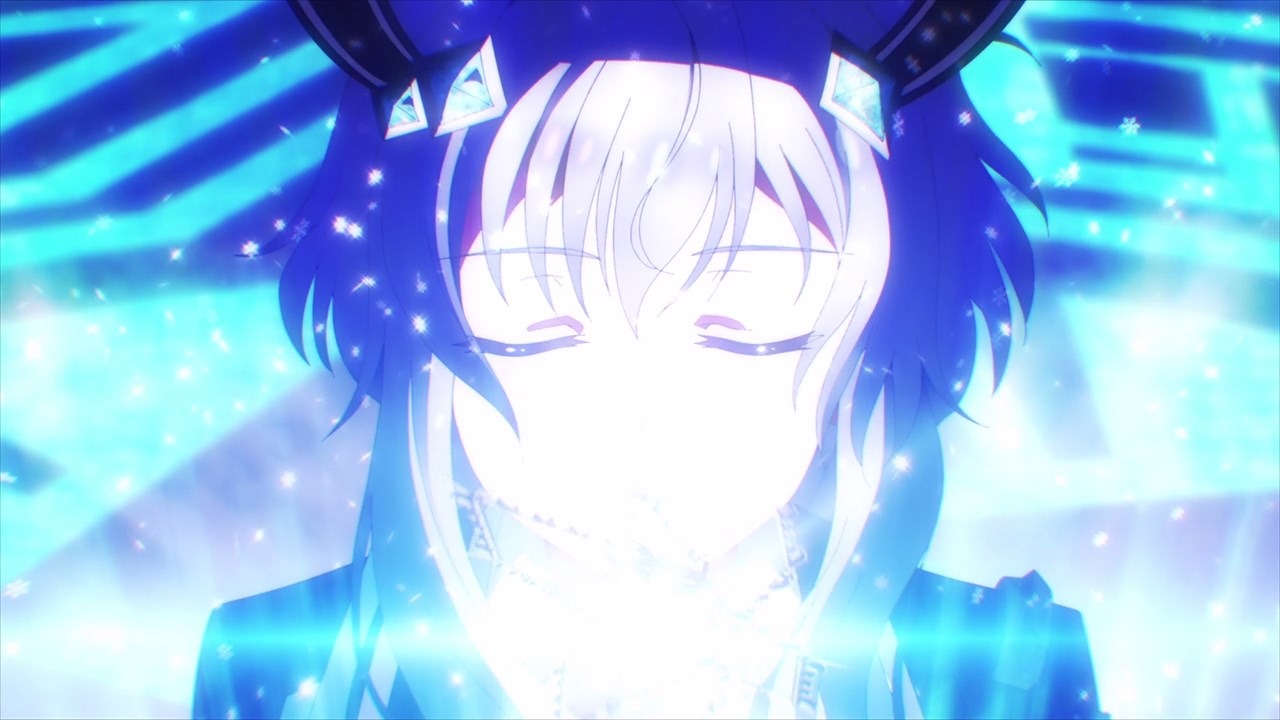 Now then, it’s time for a team battle between Anos and Lay because that’s where demons settle things. While the latter has a team of hybrid demons, the former has the Necron sisters behind him.

But first, Misha will have to make a castle first using her new Lilypad Ice Ring. 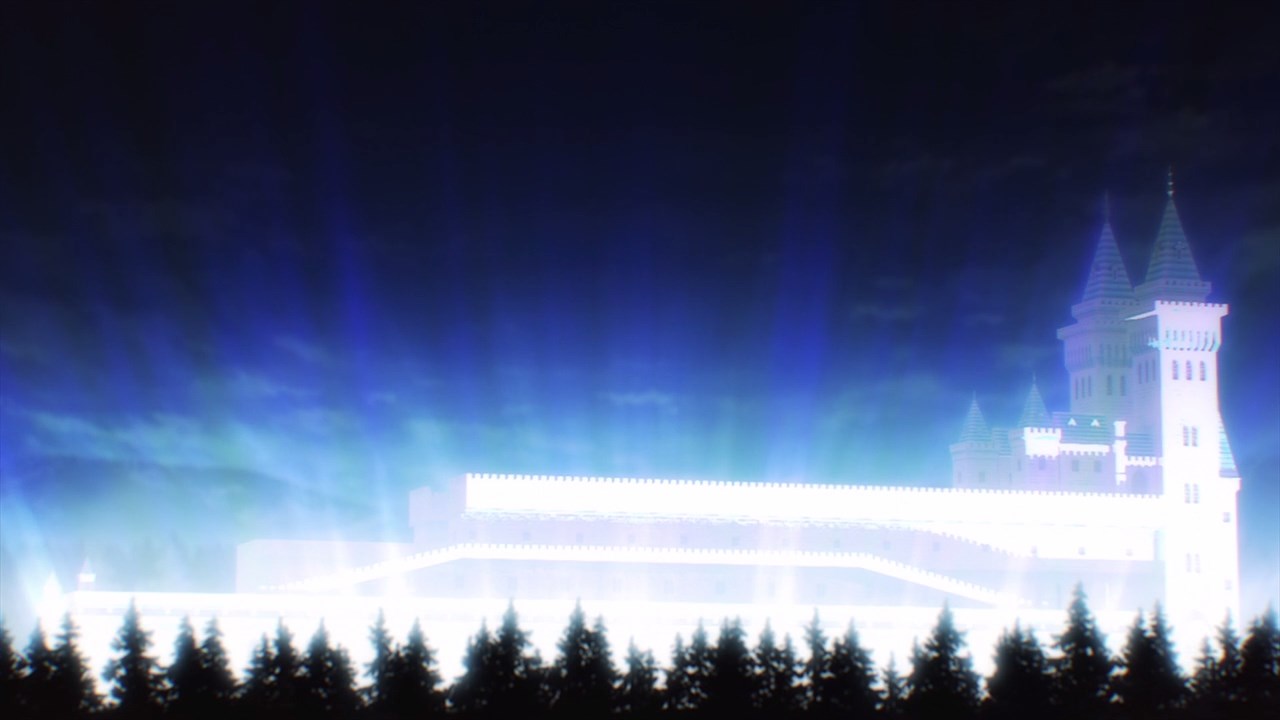 And as you can see, Misha Necron’s castle is bigger and far more sturdier than before. It’s all thanks to that ice ring where Misha can make better fortifications. 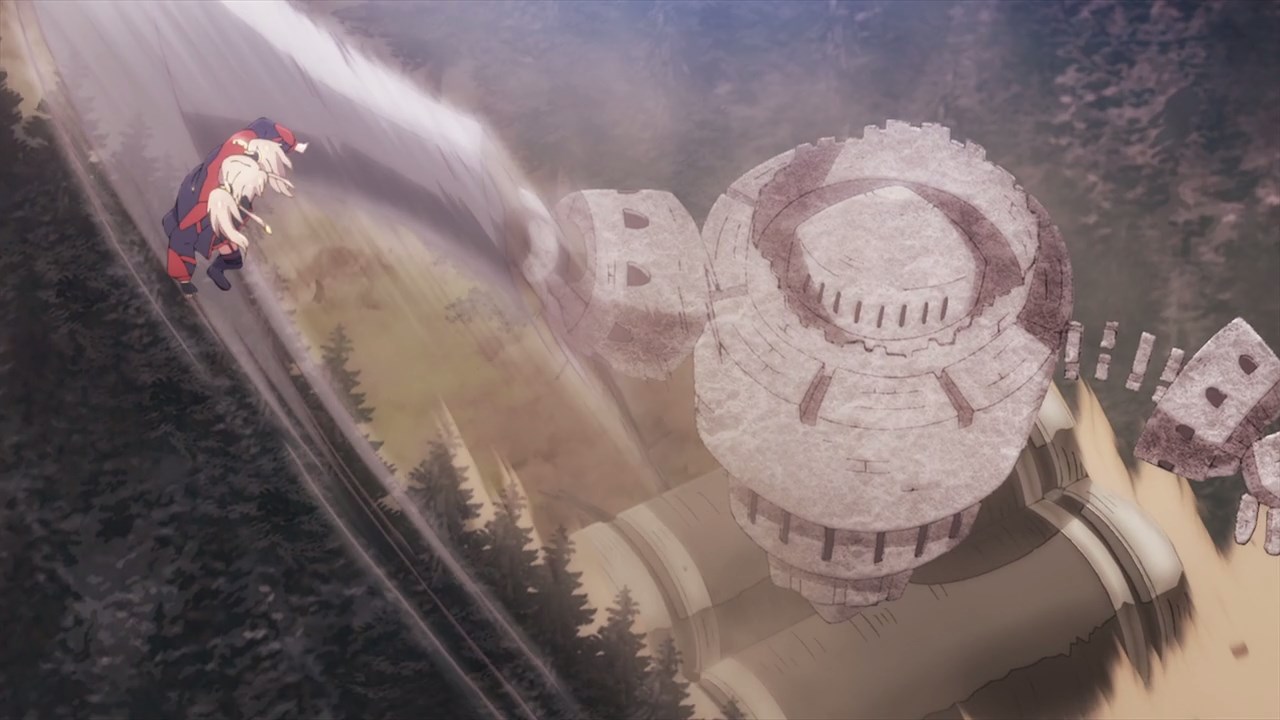 However, it appears that Team Lay has a secret weapon where they have a large golem. 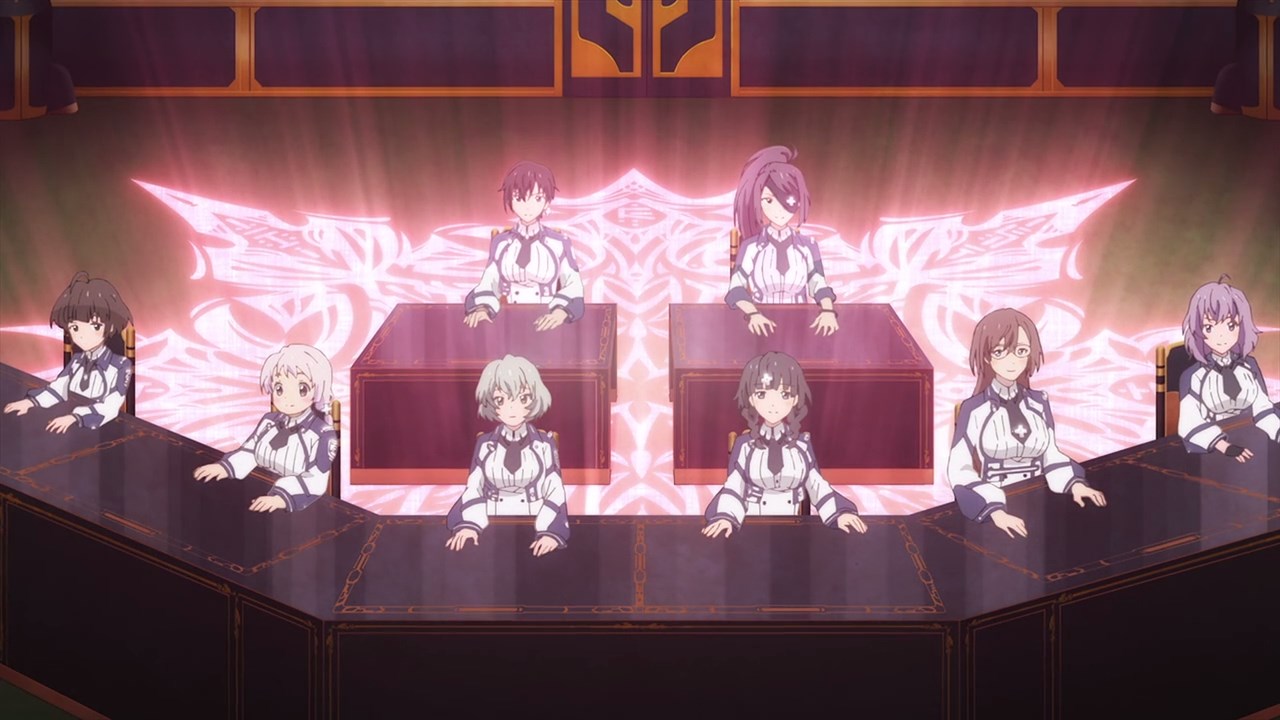 Said golem is being controlled by the hybrid demons where they use Gwyneth to manipulate large objects. Gotta say that they’re competent when it comes to magic. 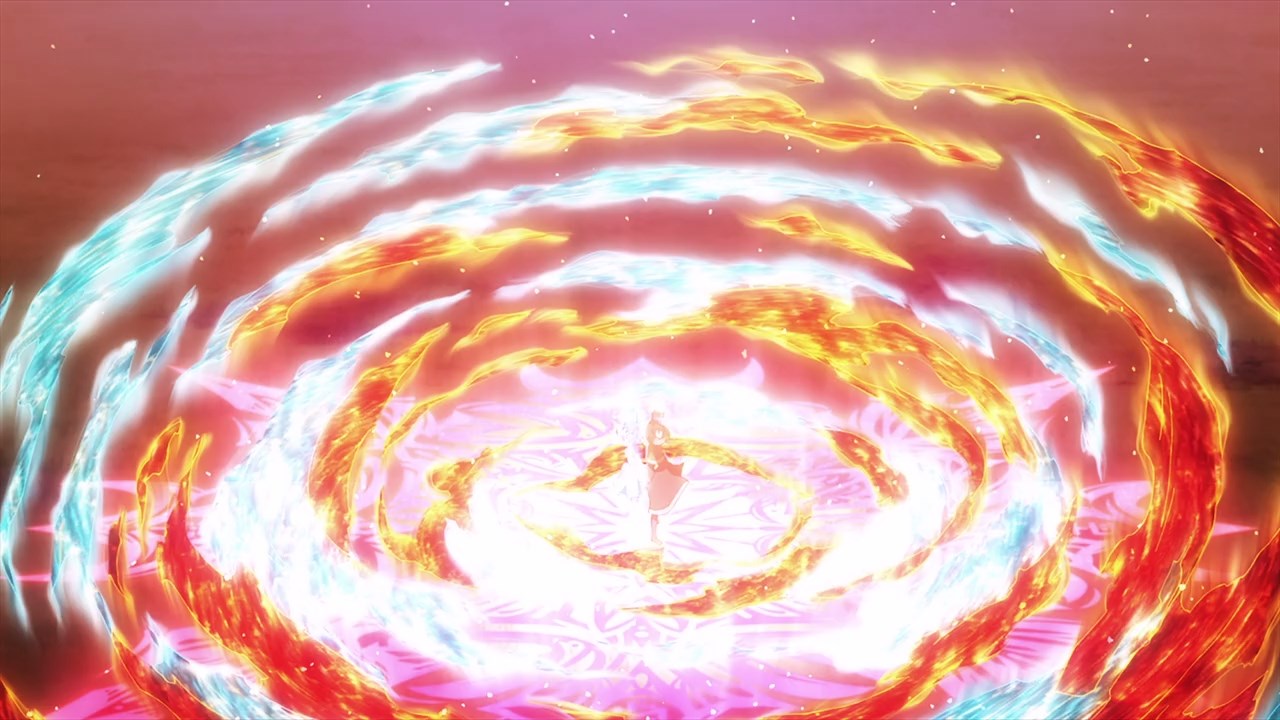 Luckily, the Necron sisters have something up their sleeve as they cast a powerful magic: Jie Glade. This is a combination of Sasha’s fire magic Gresde and Misha’s ice magic Shade. 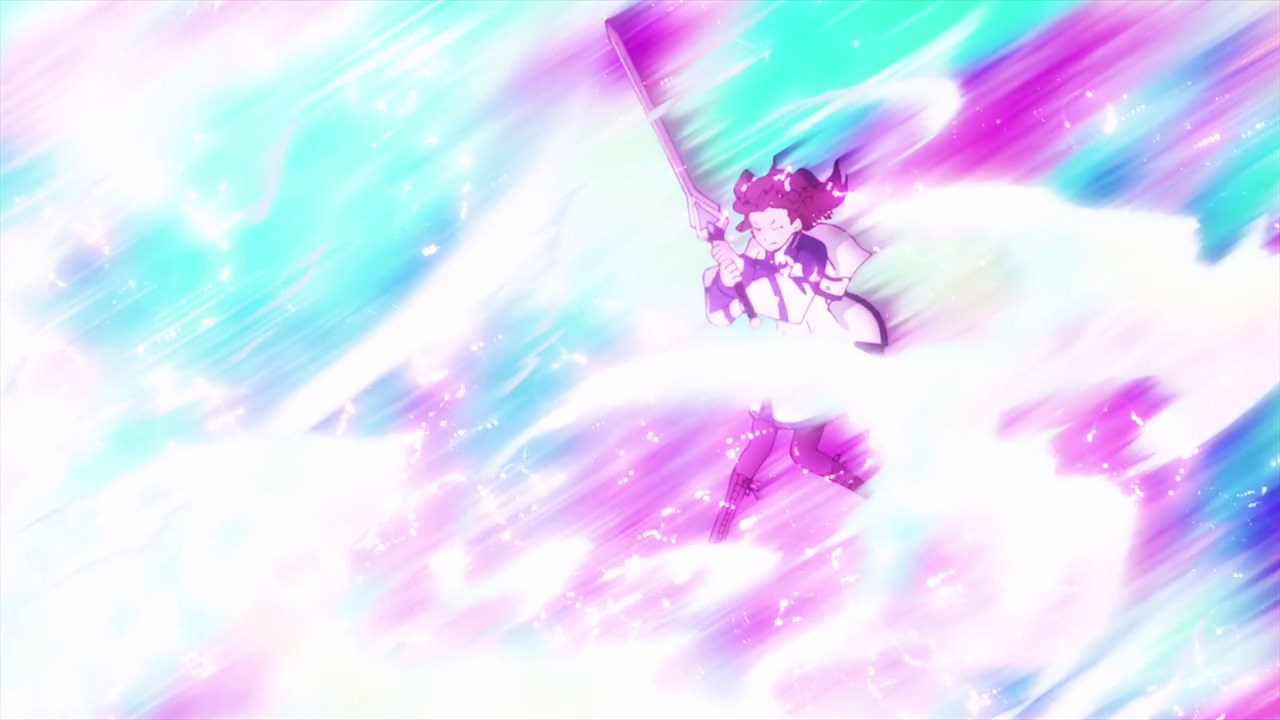 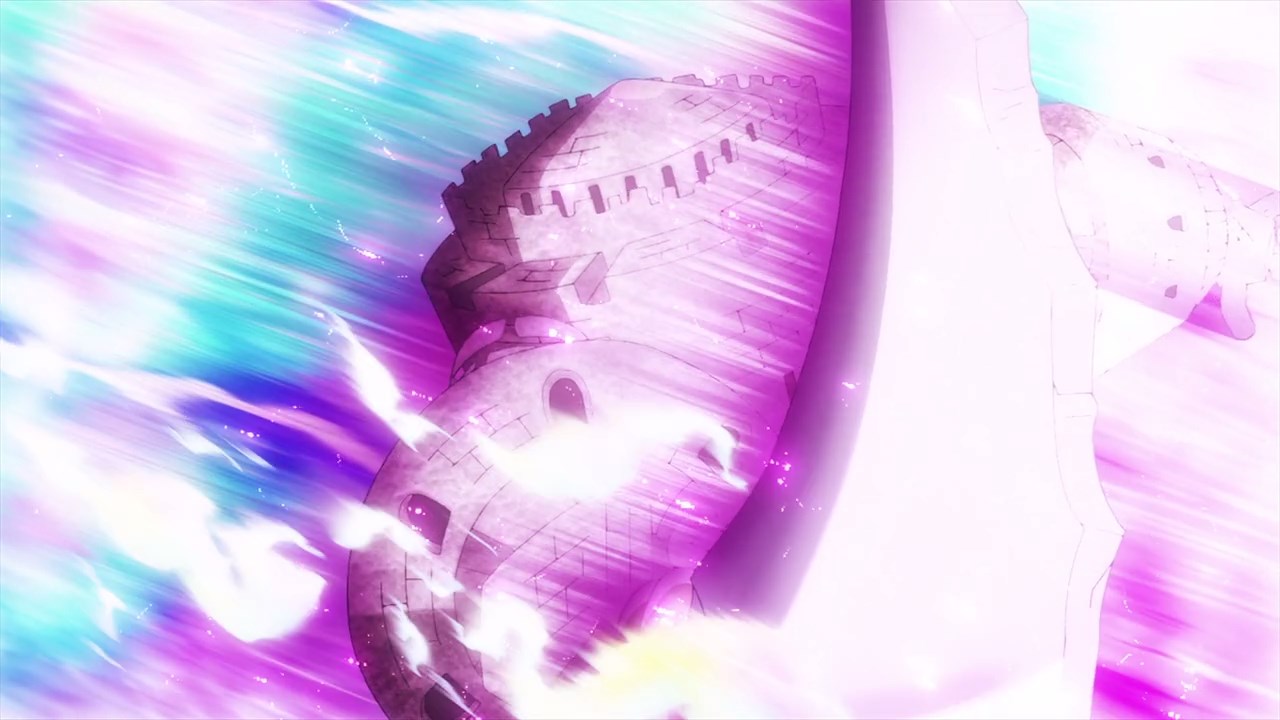 And the results is devastating as Misa Ilioroagu and the golem are wiped out instantly. Of course, they won’t die because this is a mock battle after all. 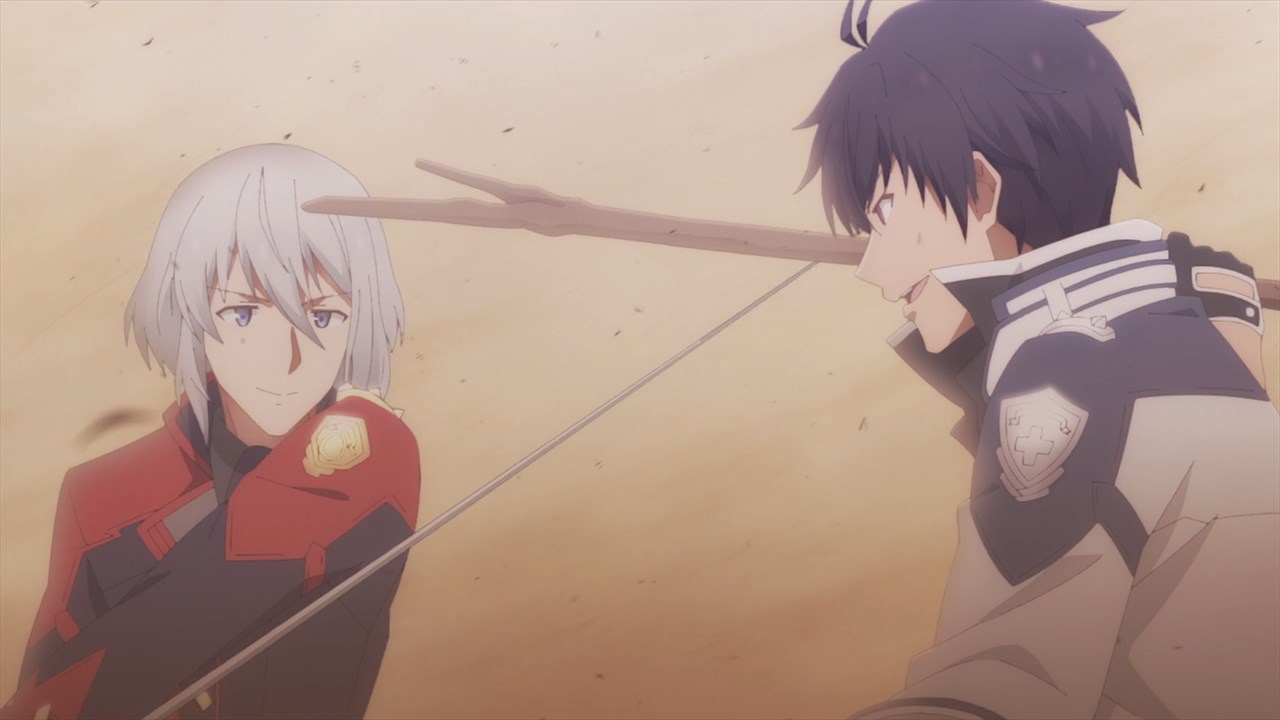 Now let’s move onto the battle between Lay Glanzudlii and Anos Voldigoad. While Lay uses a sword, Anos uses a stick because he’s confident that it’s mightier than a bladed weapon.

Come to think of it, I feel that his showboating might put himself in danger! 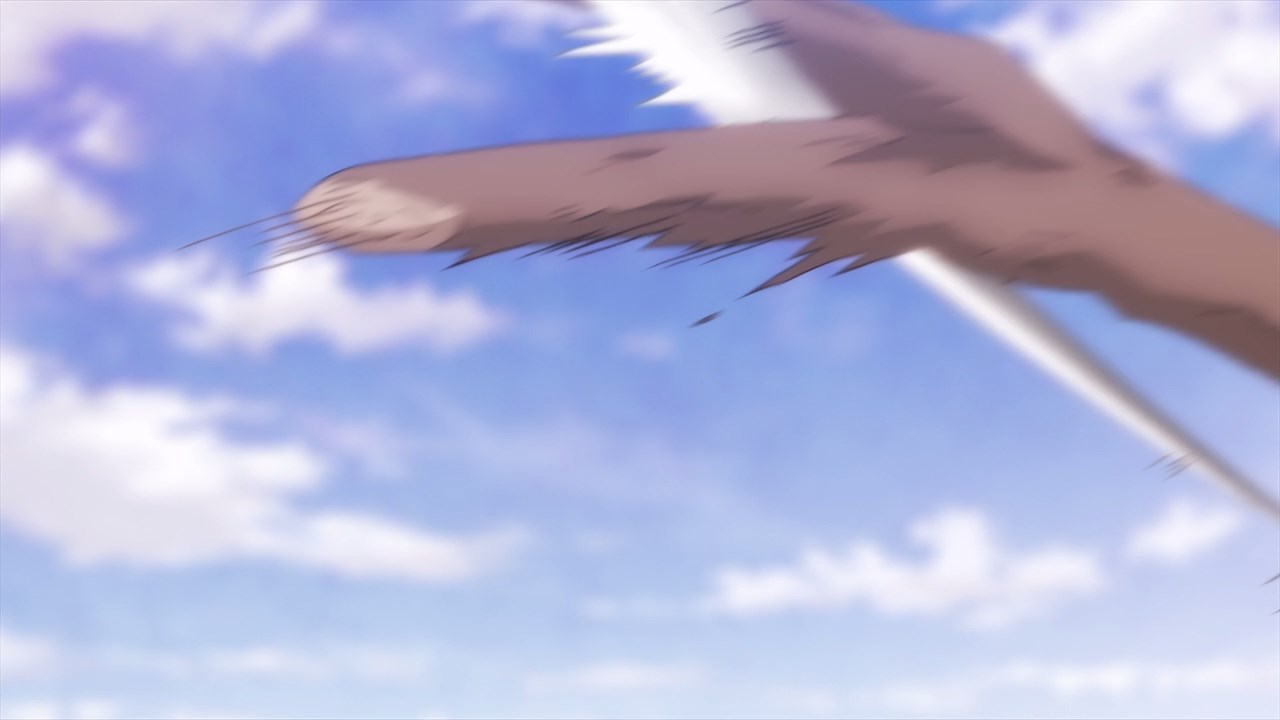 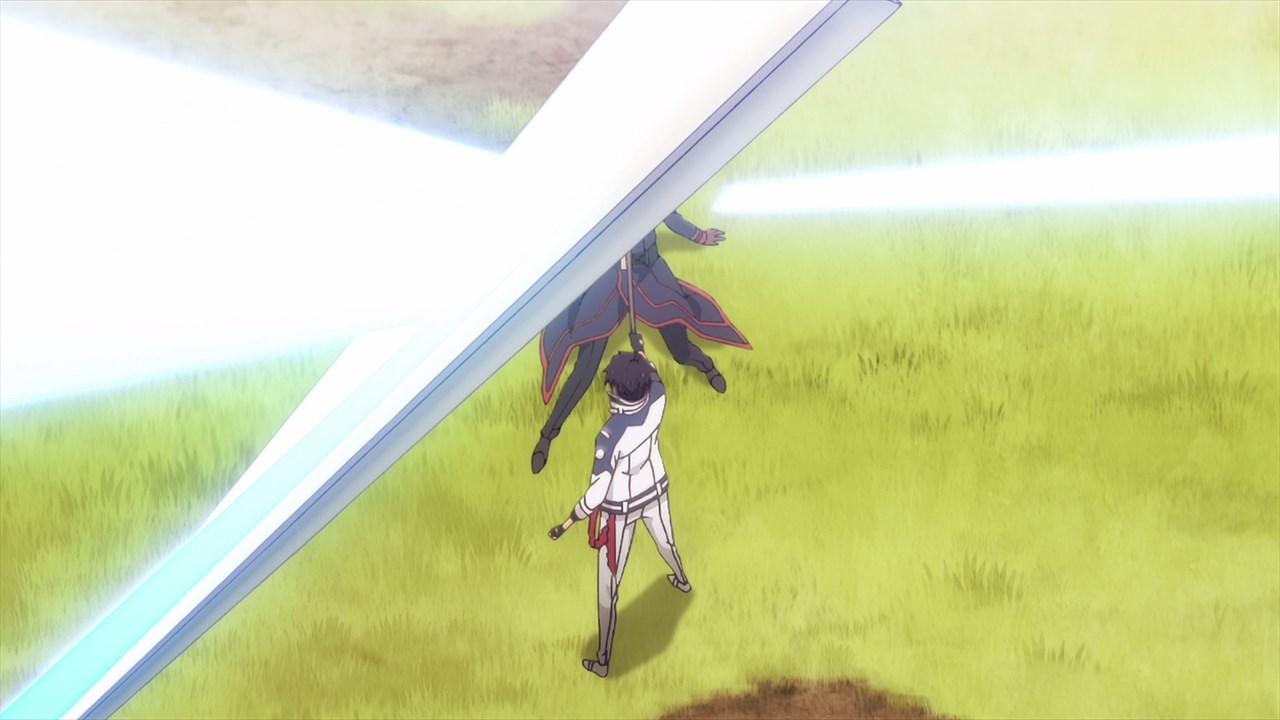 Actually, forget what I’ve said as Anos defeated Lay by disarming his sword. And that concludes the team battle where Anos and his teammates have won. 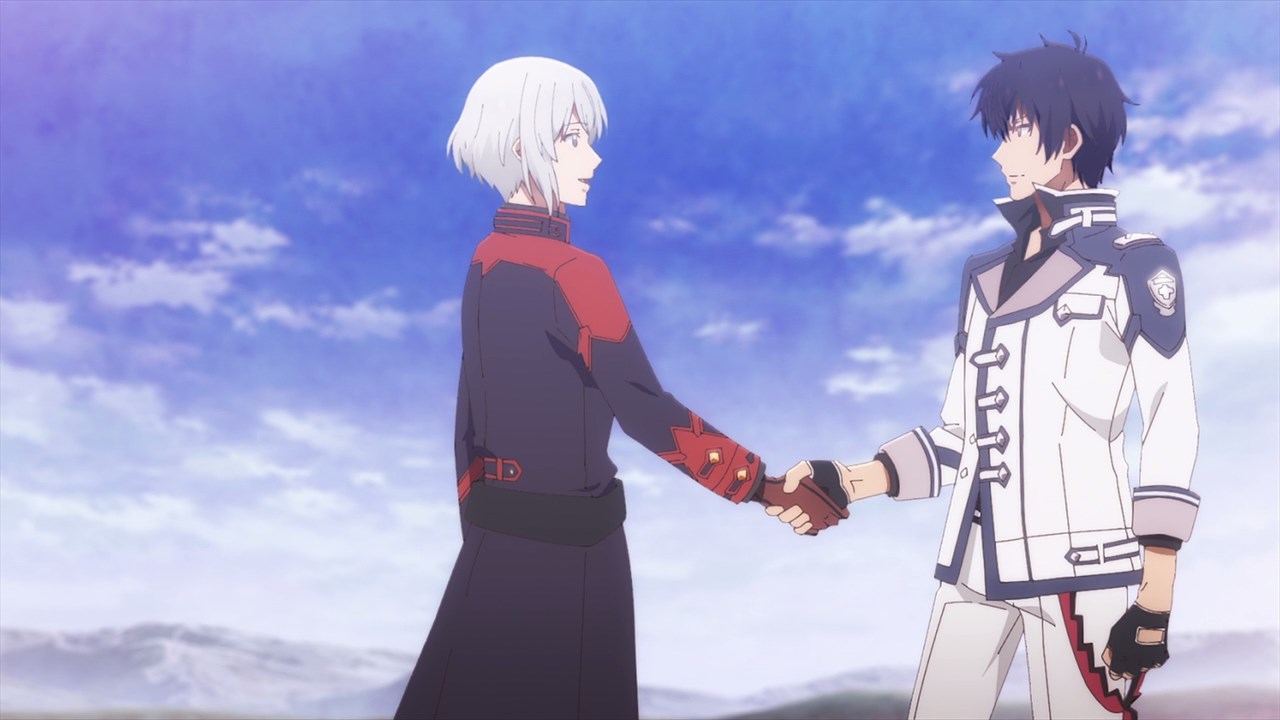 Of course, there are no hard feelings between Anos and Lay as they become friends. On the other hand, I’m astonished that Lay can put up a fight against Anos, which begs the question if he’s actually the reincarnation of Shin.

But you know what, it’s early to tell because I’m curious about Lay Glanzudlii and why he transferred to Demon Lord Academy. Anyways, I’ll see you next time!