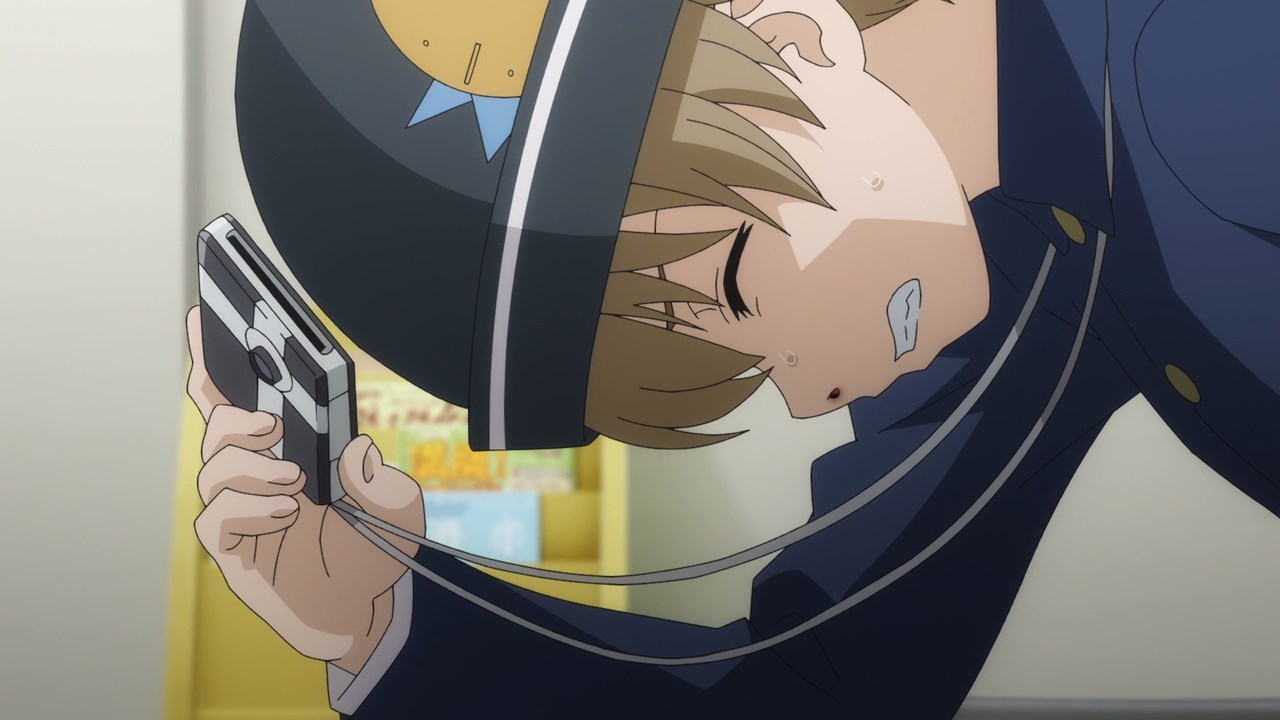 Oh boy, we got a problem here as Shaei Miyama is getting a migraine and a nosebleed. Seems that he use his precognitive abilities to its limit that Miyama is losing blood if he can’t stop it. 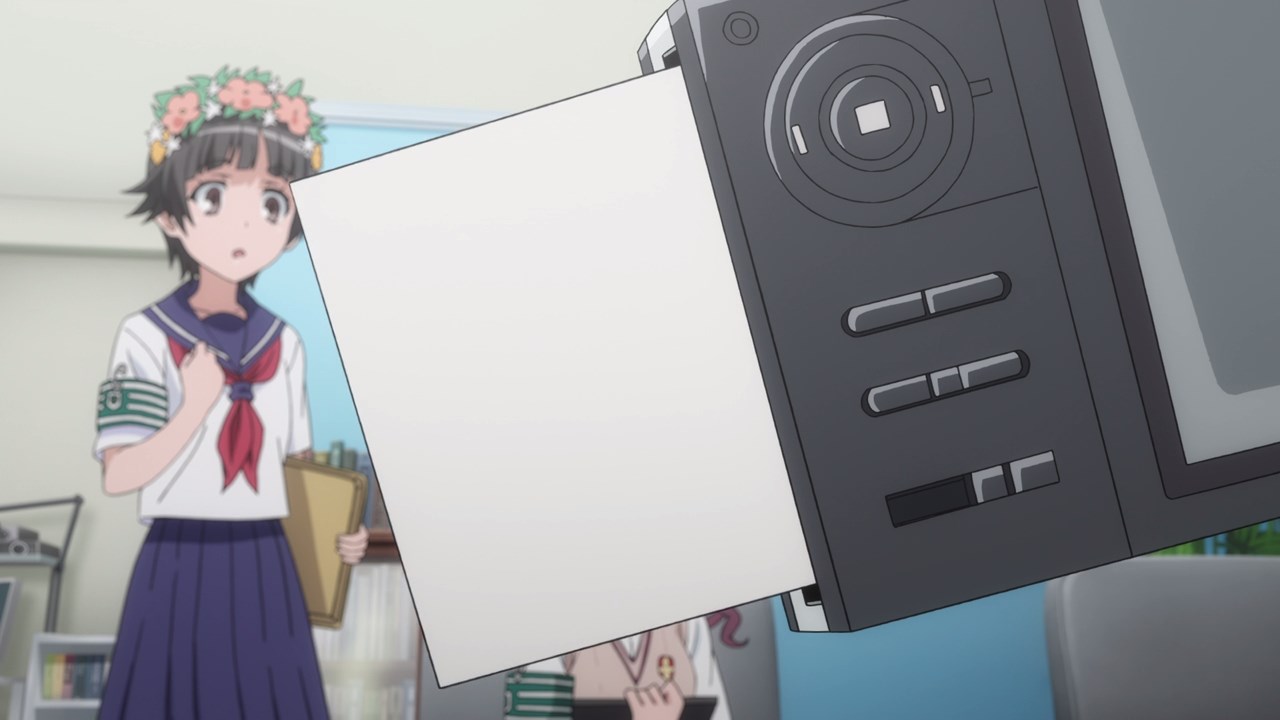 With that said, Shaei’s ability has created a photo that was printed from his instant camera. Then again, Kazari Uiharu and Kuroko Shirai are worried about Miyama’s health. 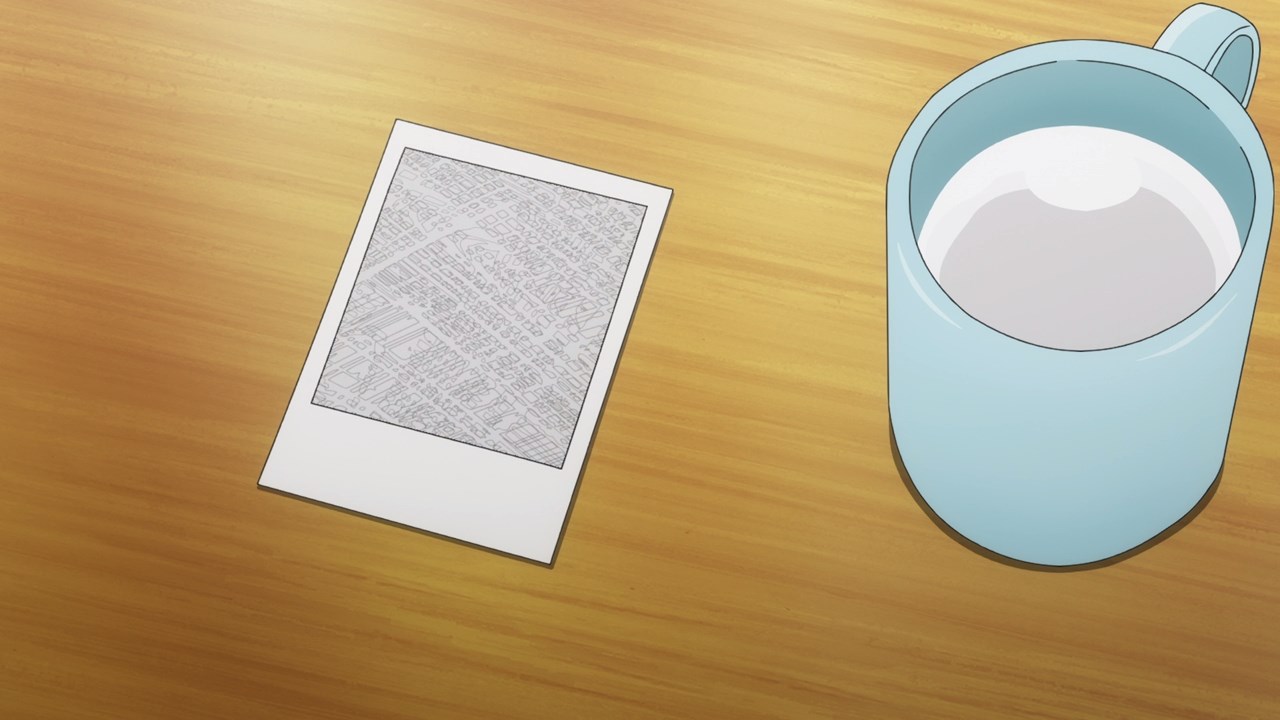 But anyways, this photo contains an event that would happen in the future, although Uiharu and Shirai will need the app to scan it. 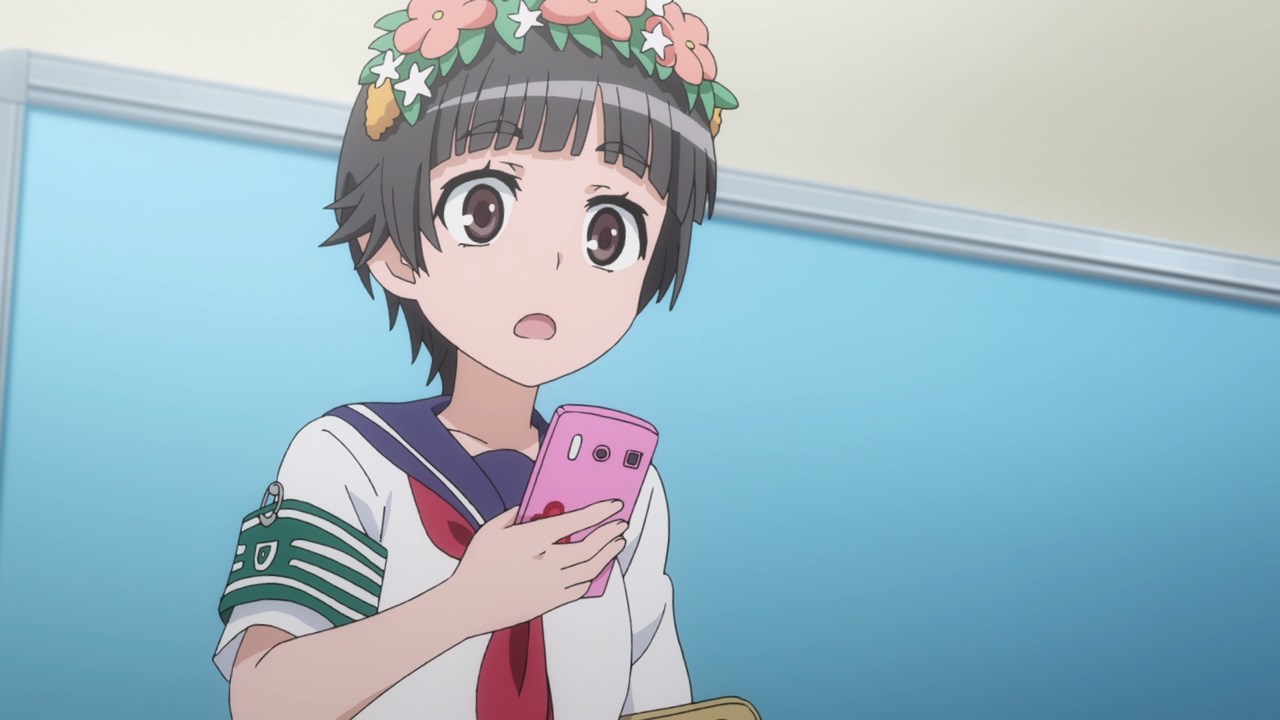 And upon scanning the picture, Uiharu noticed that there’s an accident waiting to happen at the river and therefore they must act quickly. 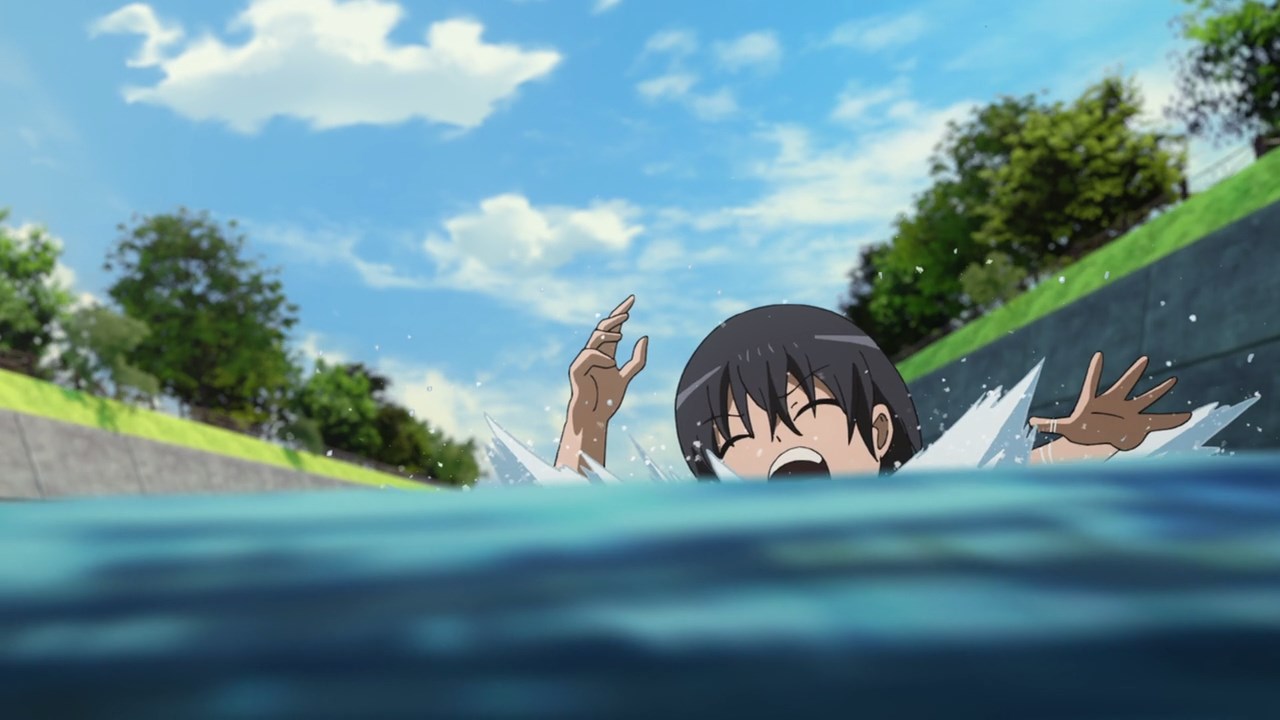 Then again, it appears that it’s already happened as a girl is getting drowned at the river. Let’s hope that Kuroko Shirai will teleport this girl out. 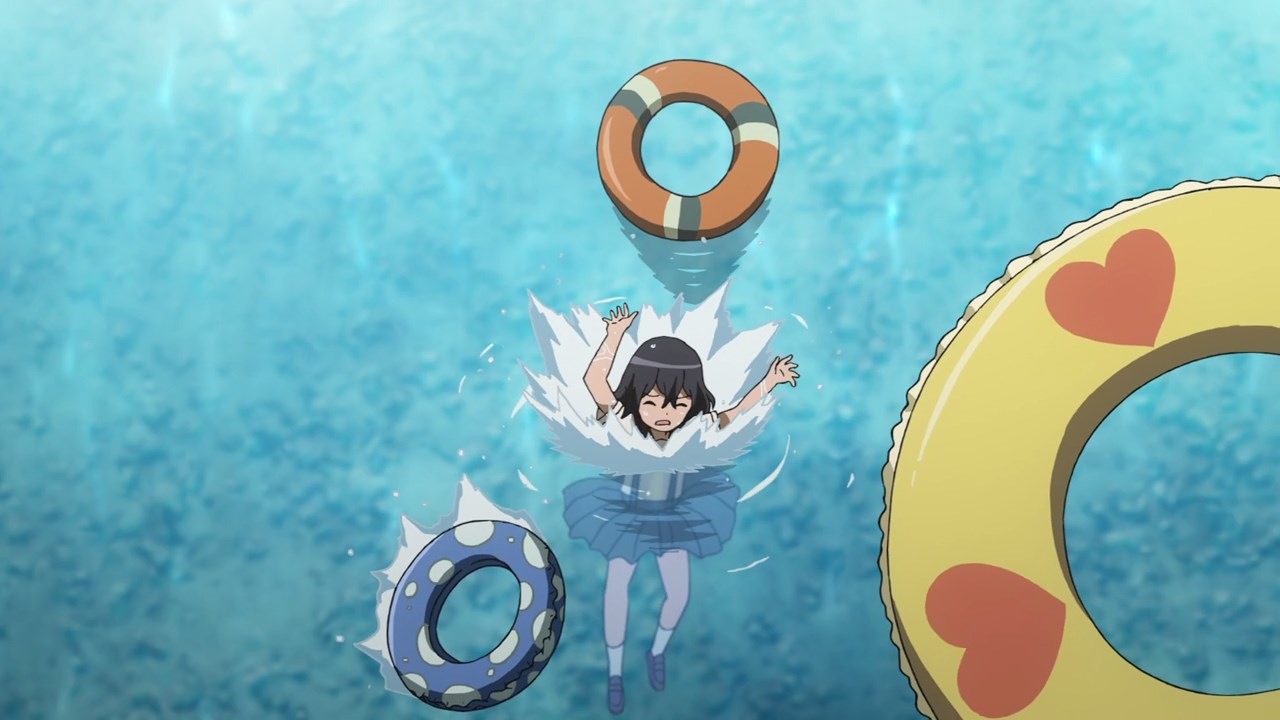 However, she decides to send some swim tubes instead. Um, would it be better if Kuroko teleport the girl out of the river instead of throwing donuts? 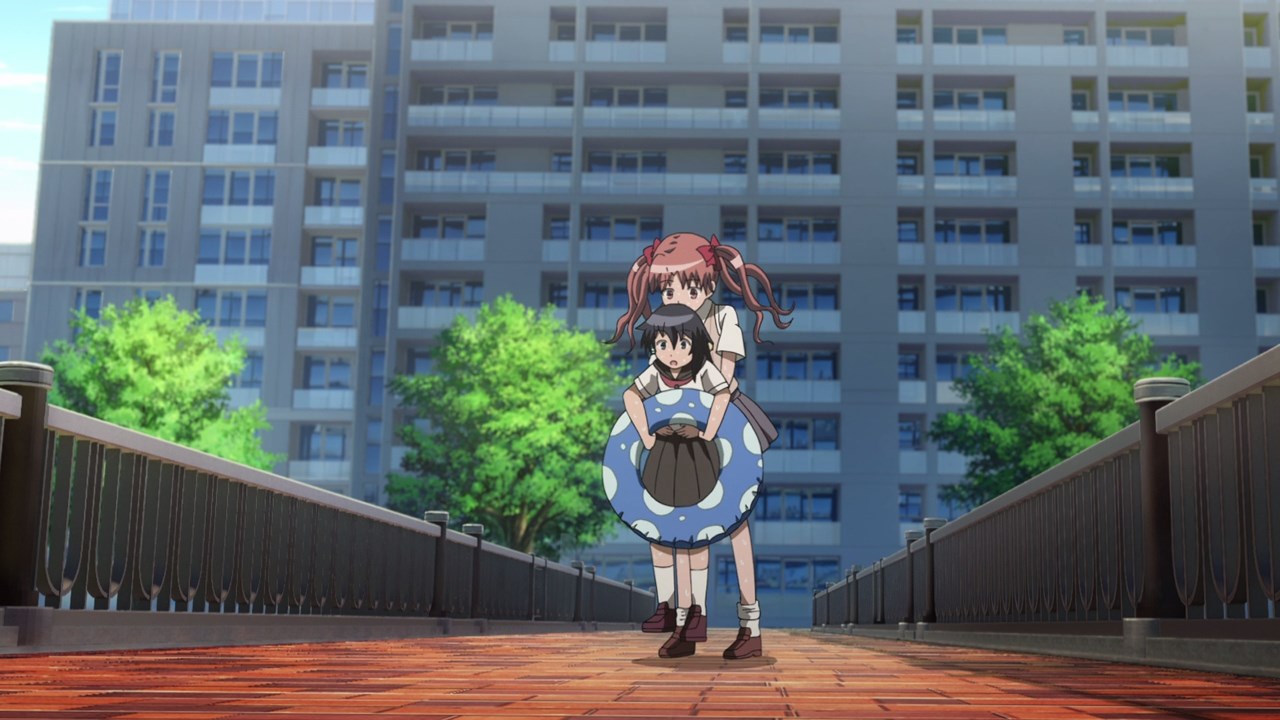 Still, Kuroko Shirai managed to save the girl from being drowned so everything went well thanks to Shaei Miyama’s predictions, although he predicted there there would be a bigger accident. 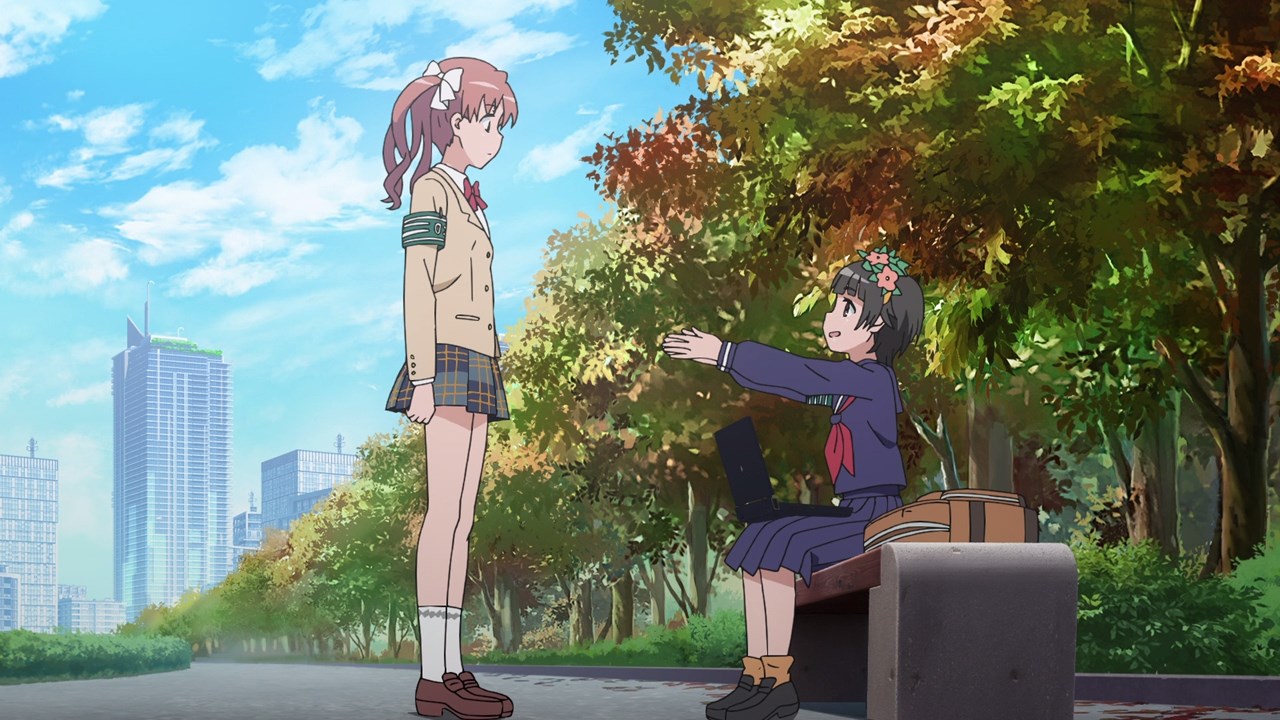 Fortunately, Kazari Uiharu made a device that would track everyone at the park, from people to unsuspected objects using her hacking skills as Uiharu borrowed a GPS satellite. 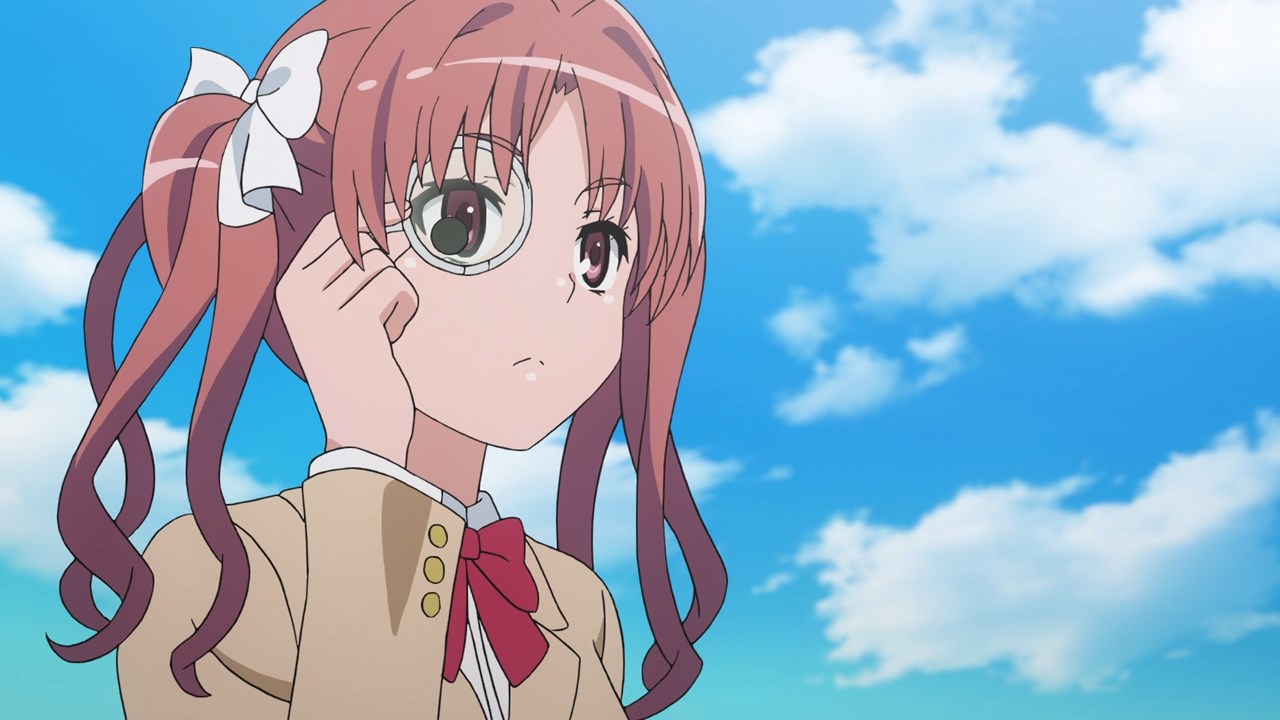 Oh yeah, and here’s Kazari’s monocle as it looks cool once Kuroko Shirai wears it, although it can’t check esper levels other than providing a radar. 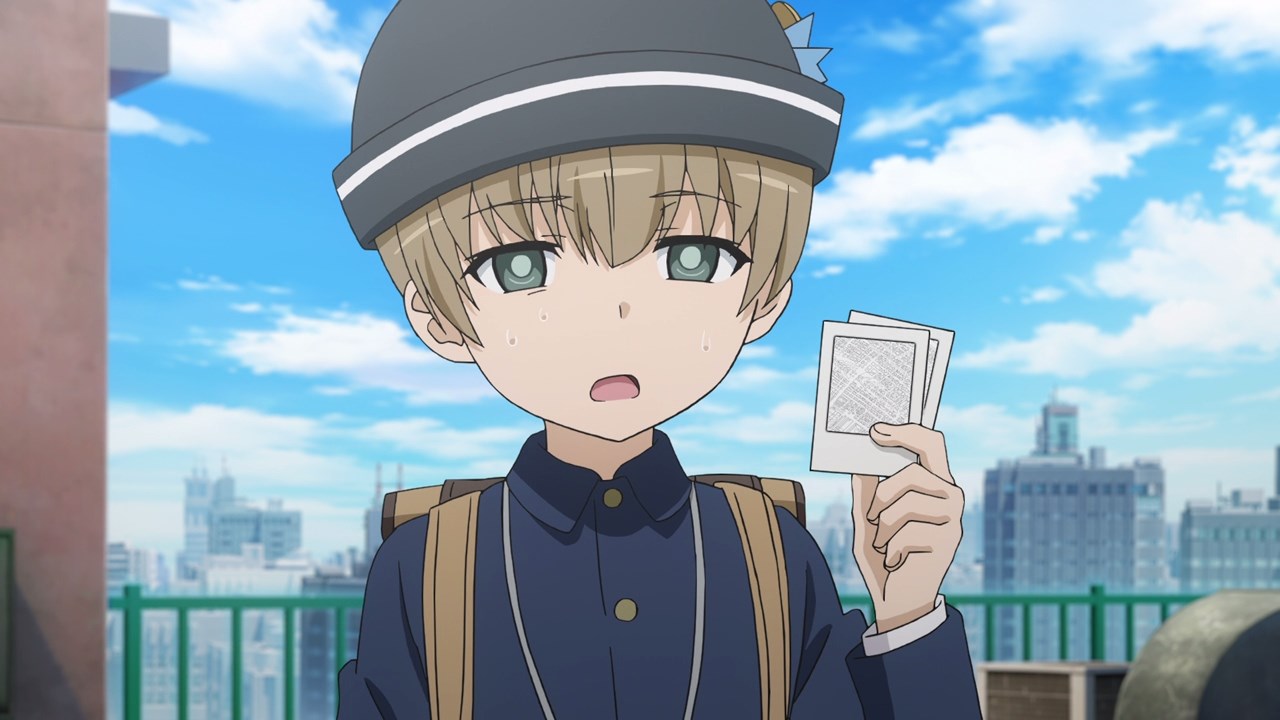 Meanwhile, Shaei Miyama produced more predictions as the park incident might be worse than expected where there are multiple cases that will occur on that day. 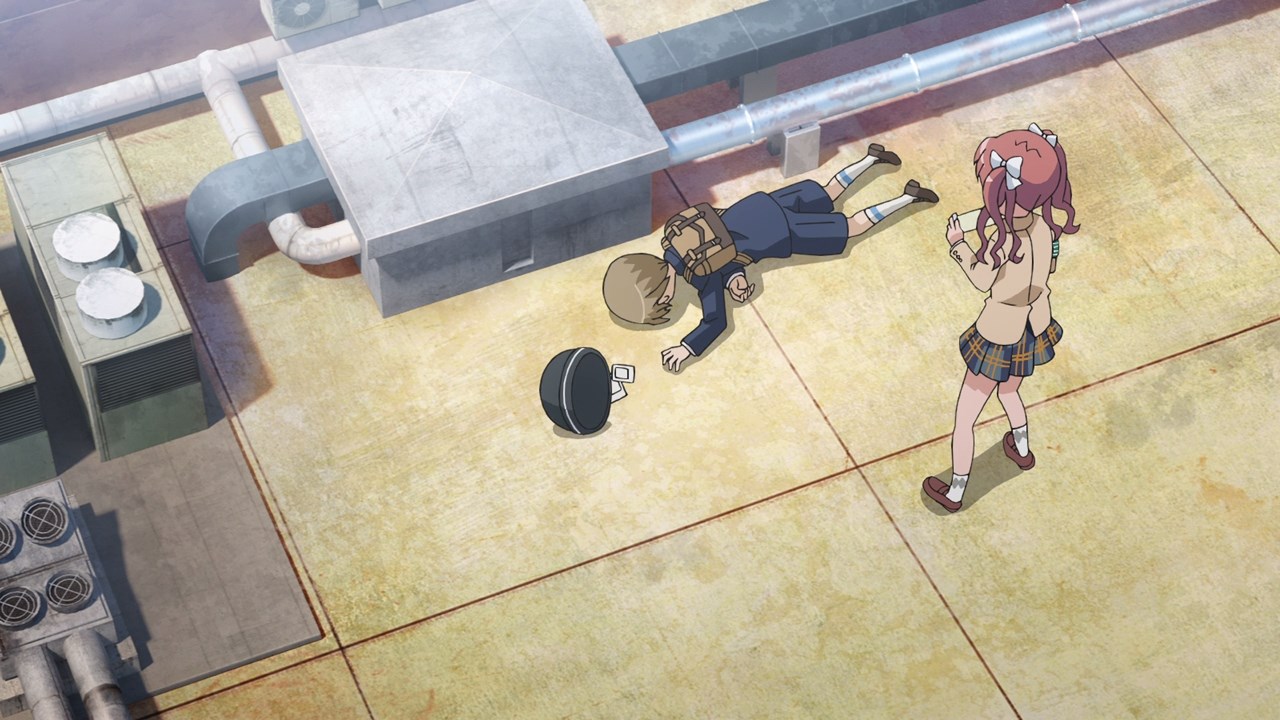 However, Miyama collapsed where he exerted his powers too much. Time for Kuroko to take him to the hospital as quickly as possible. 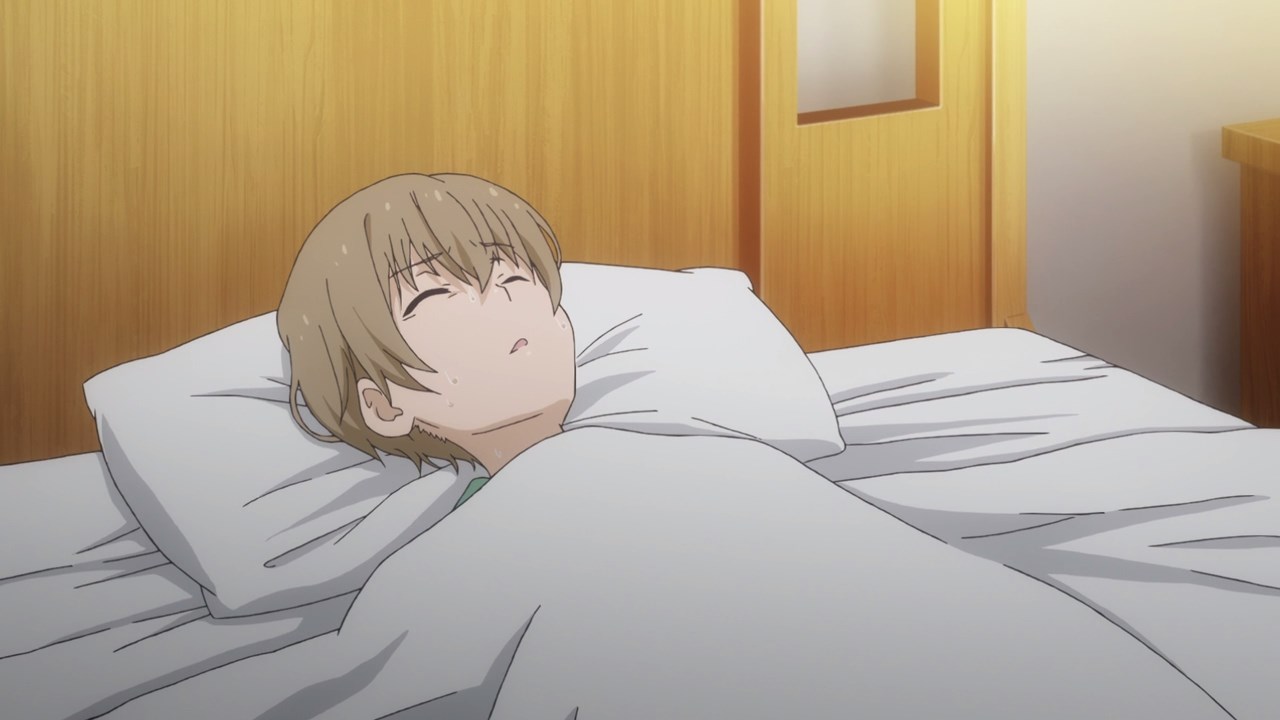 Fortunately, Shaei-kun’s health didn’t get worse as he was taken care of by the medical staff. Still, it would be better if Miyama don’t use his precognition ability at all. 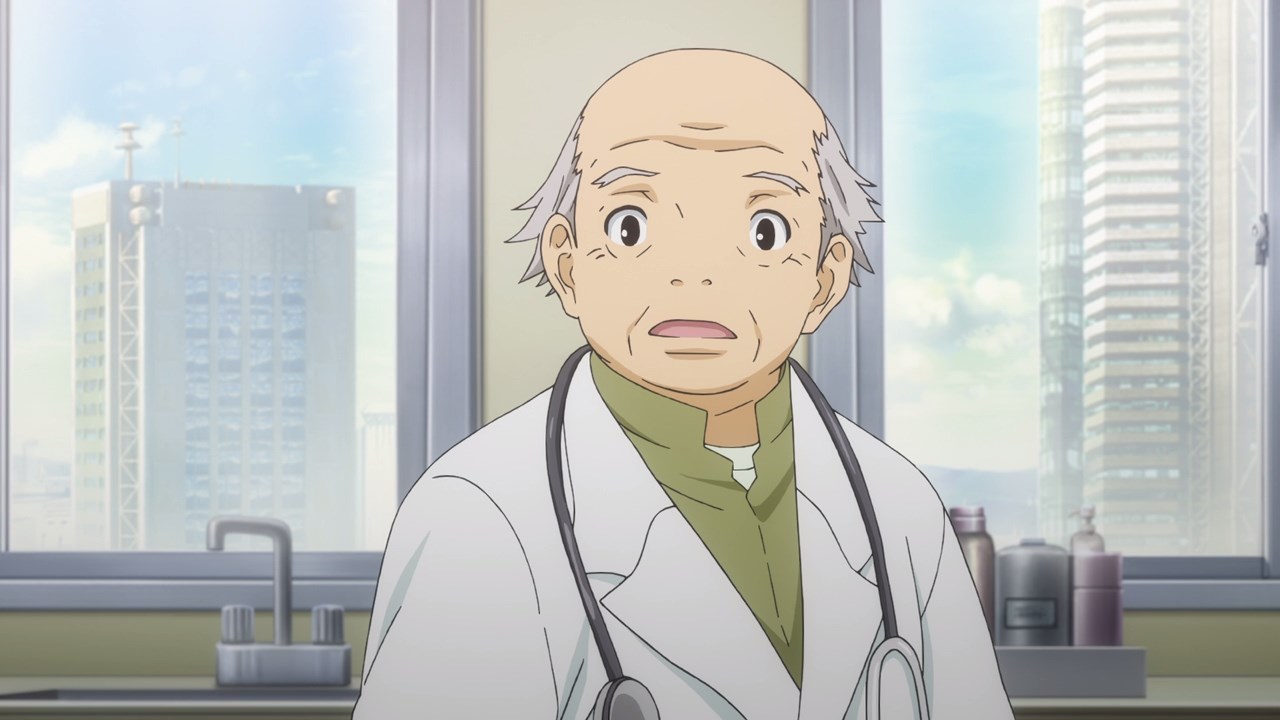 Heck, even the frog-faced doctor advised Miyama not to use it very much or it’ll have long-term effects on his body such as red blood cell damage.

Looks like Shaei will have to eat tomatoes to produce more blood cells. But now, let’s return to the park where the big accident will happen soon… 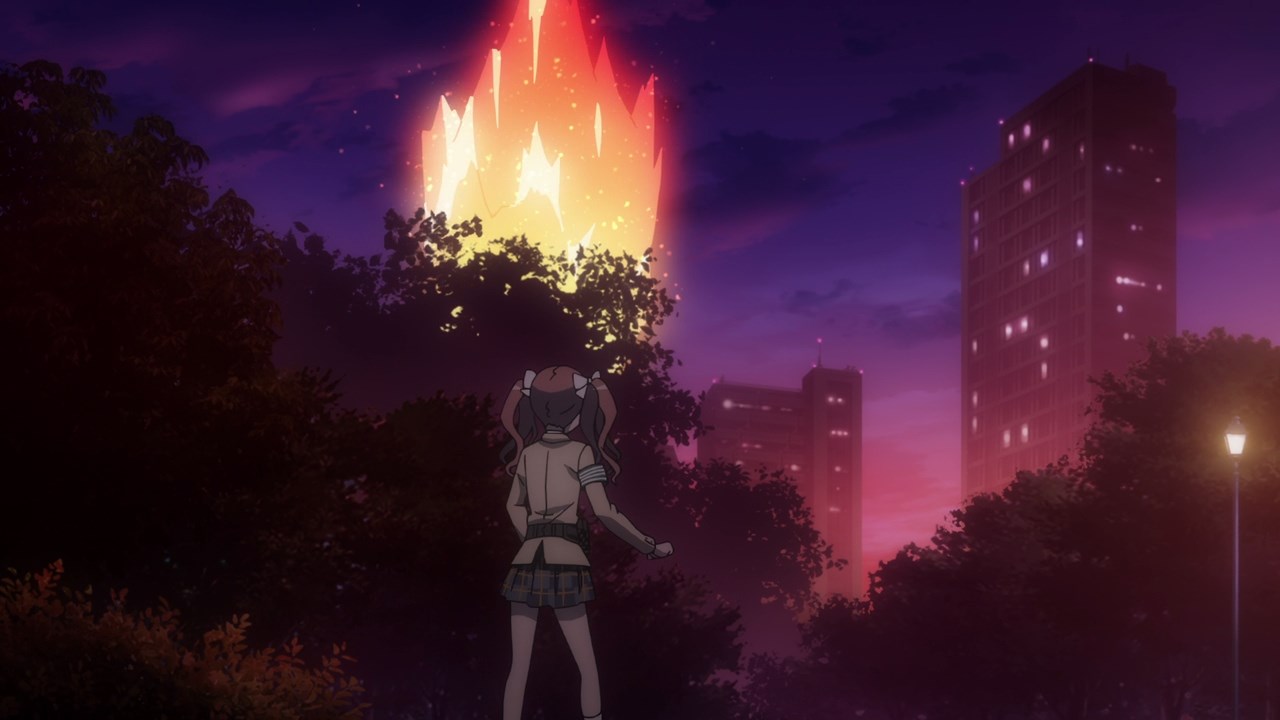 And it turns out to be a forest fire where Kuroko Shirai and the rest of Judgment took action to rescue civilians.

Then again, this fire is very unusual where it starts with an explosion rather than a small flame that was left unattended. 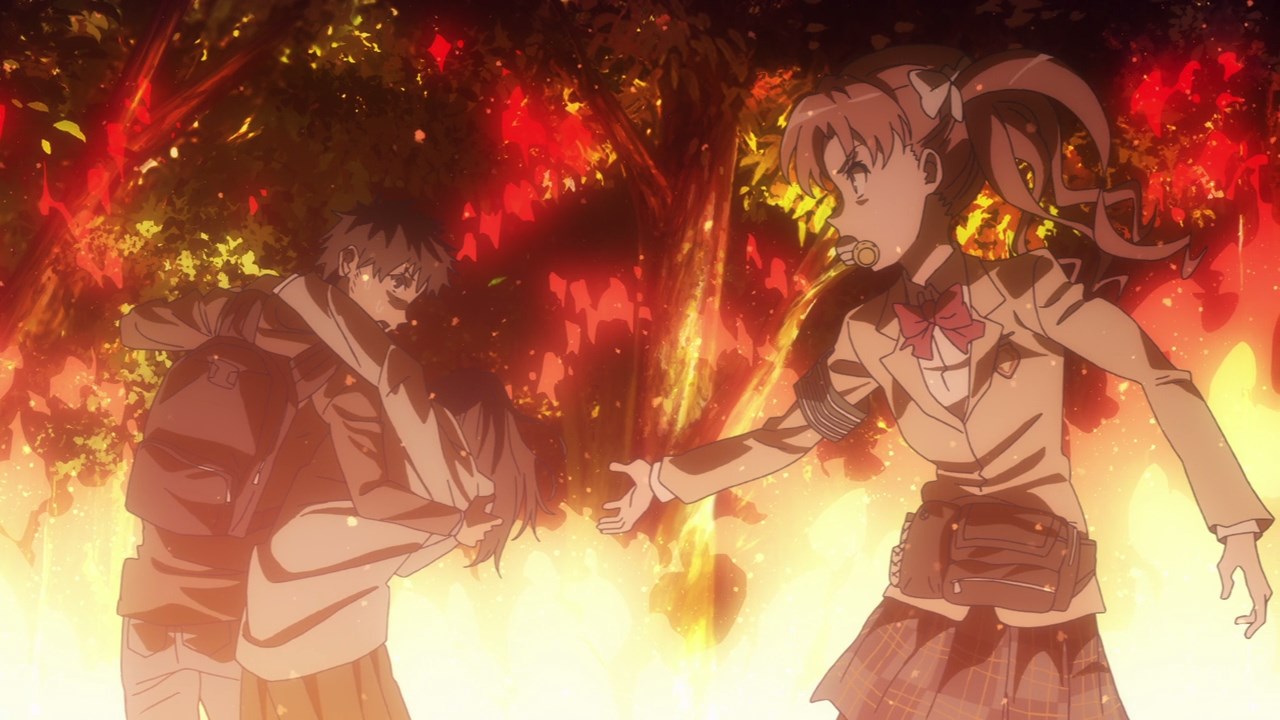 Fortunately, Mii Konori and the others have finally rescued the civilians thanks to Shaei Miyama’s predictions. Of course, I want to know how this fire occured. 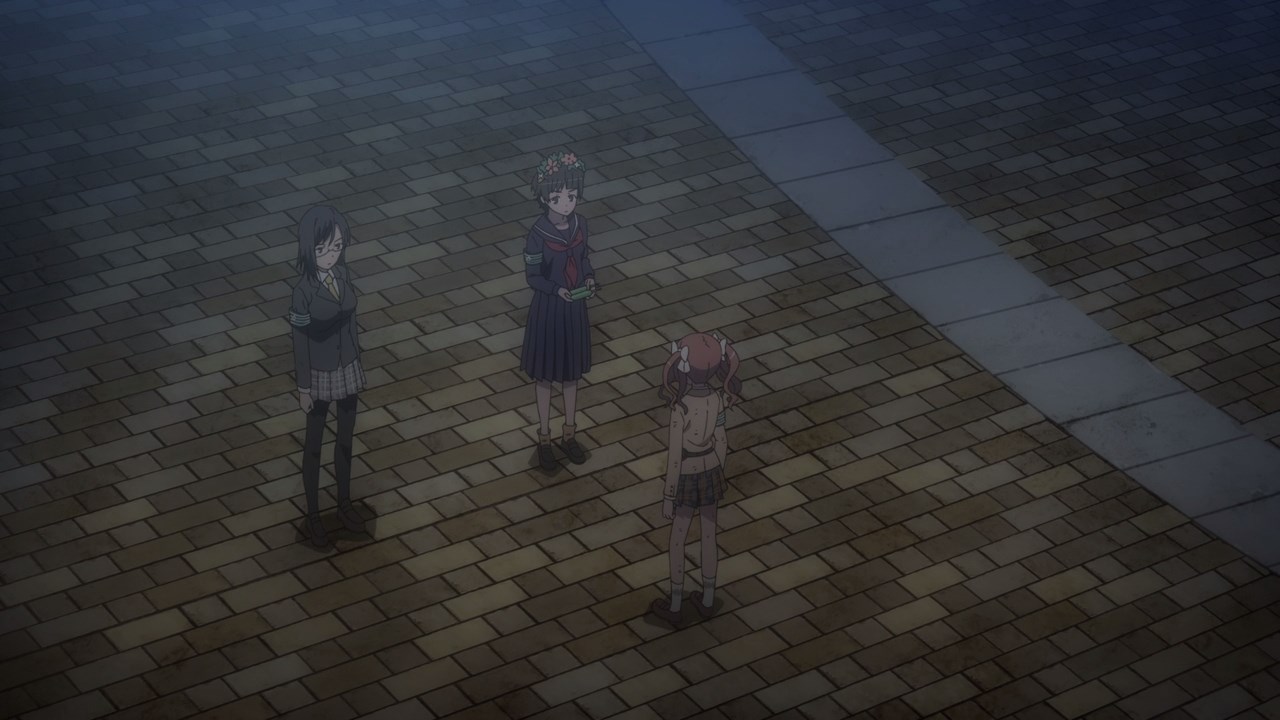 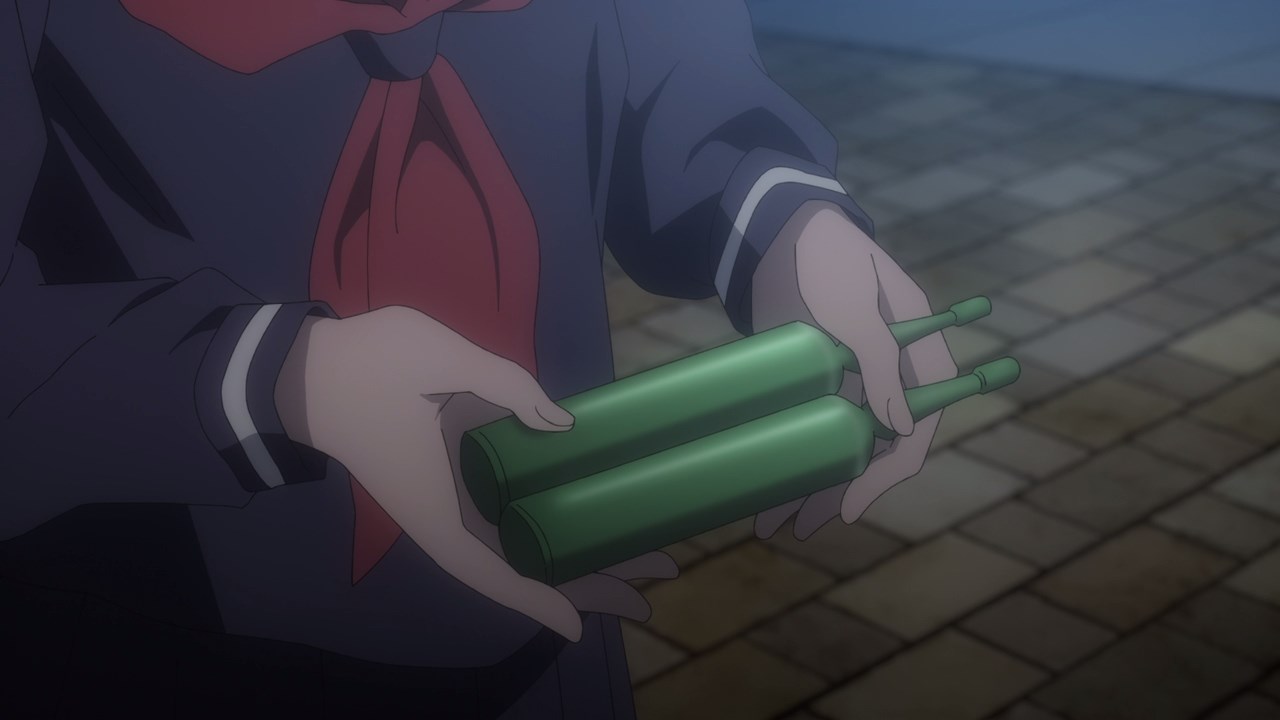 Turns out that these plant ampules contains a highly-flammable substance which turns a tree into a powder keg of explosives. Gotta say that putting this stuff into the tree is a bad idea. 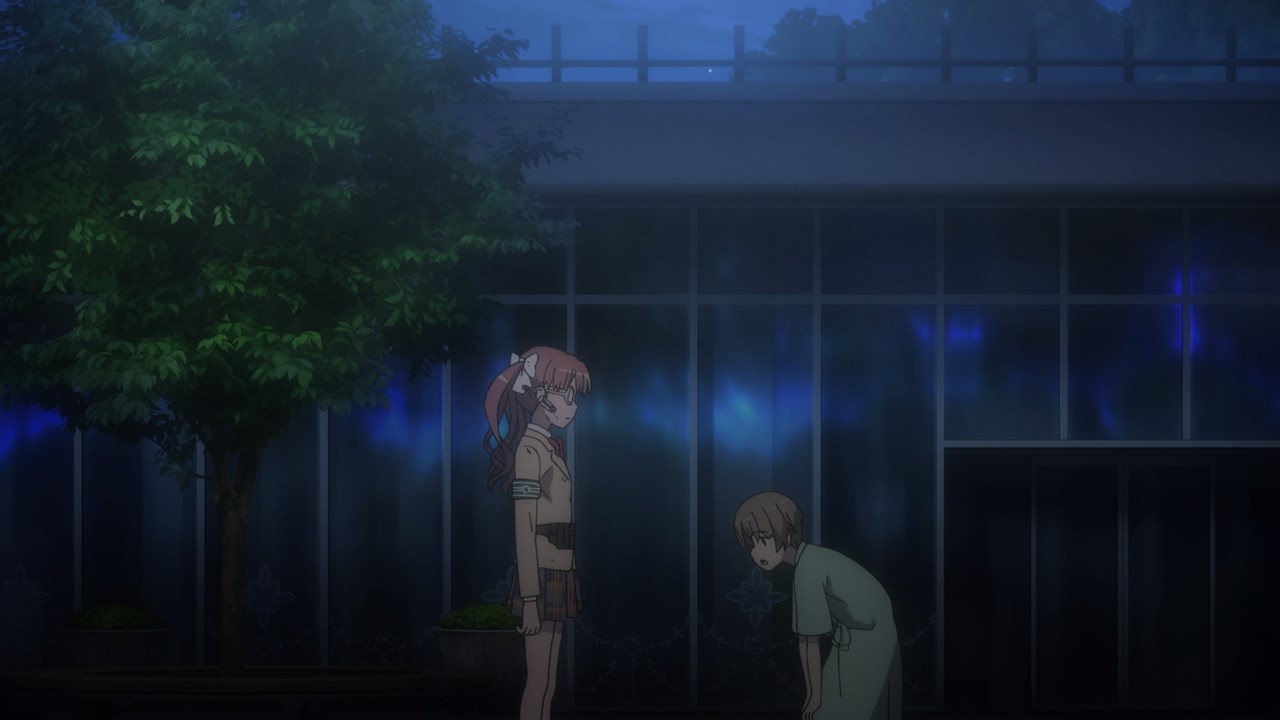 Meanwhile, Shaei Miyama got out from the hospital as he asked Kuroko Shirai to save his dog Perro from being burned to death.

While his request is somewhat selfish, Miyama’s desire to rescue his dog from certain doom has lead him to make the precognition app in the first place. 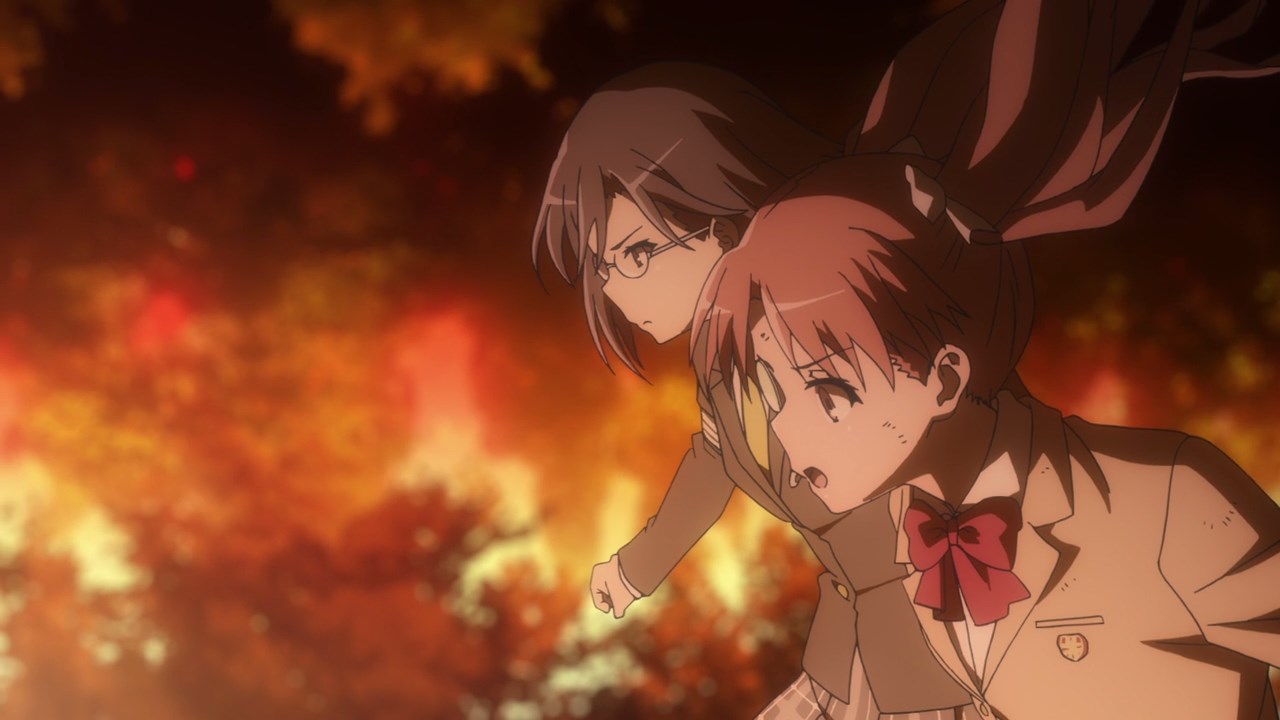 With that said, Kuroko Shirai accepted Shaei Miyama’s request as she and Mii Konori went back to the burning forest in hopes of find Perro. 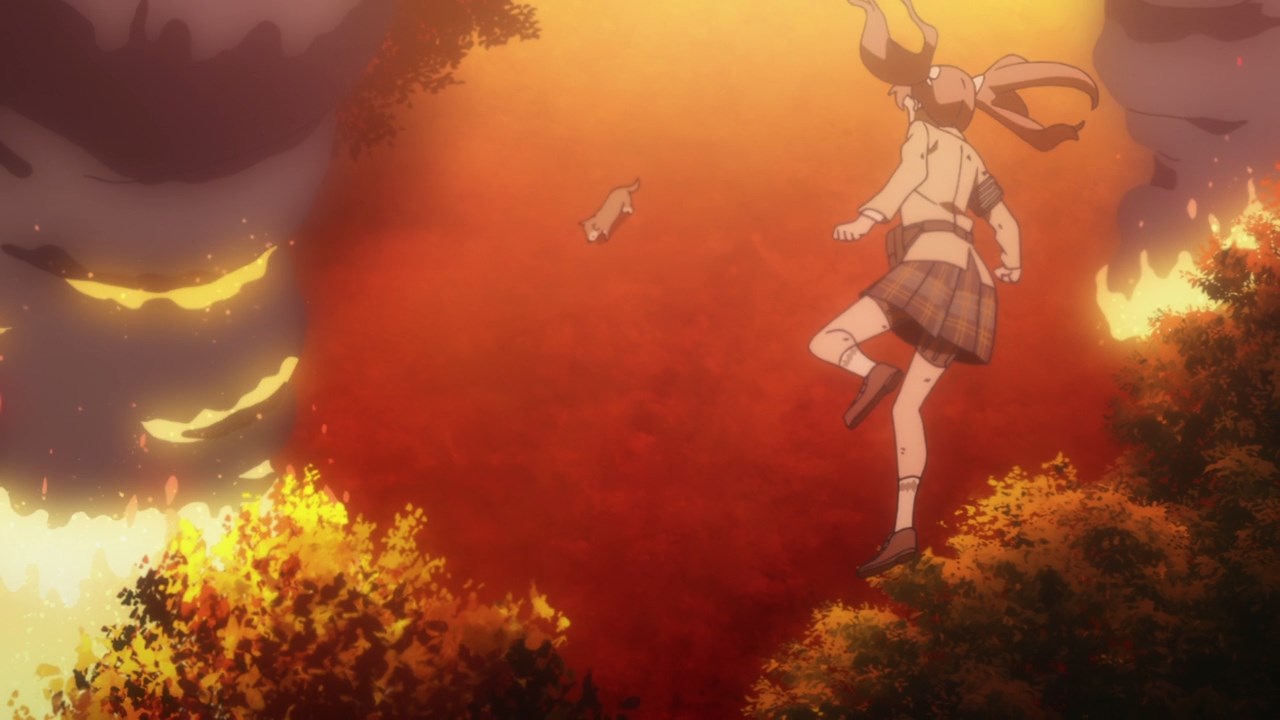 Fortunately, Konori’s clairvoyance helped Shirai on finding Miyama’s dog through smoke and fire. Now the only thing left to do is to take Perro out of the forest. 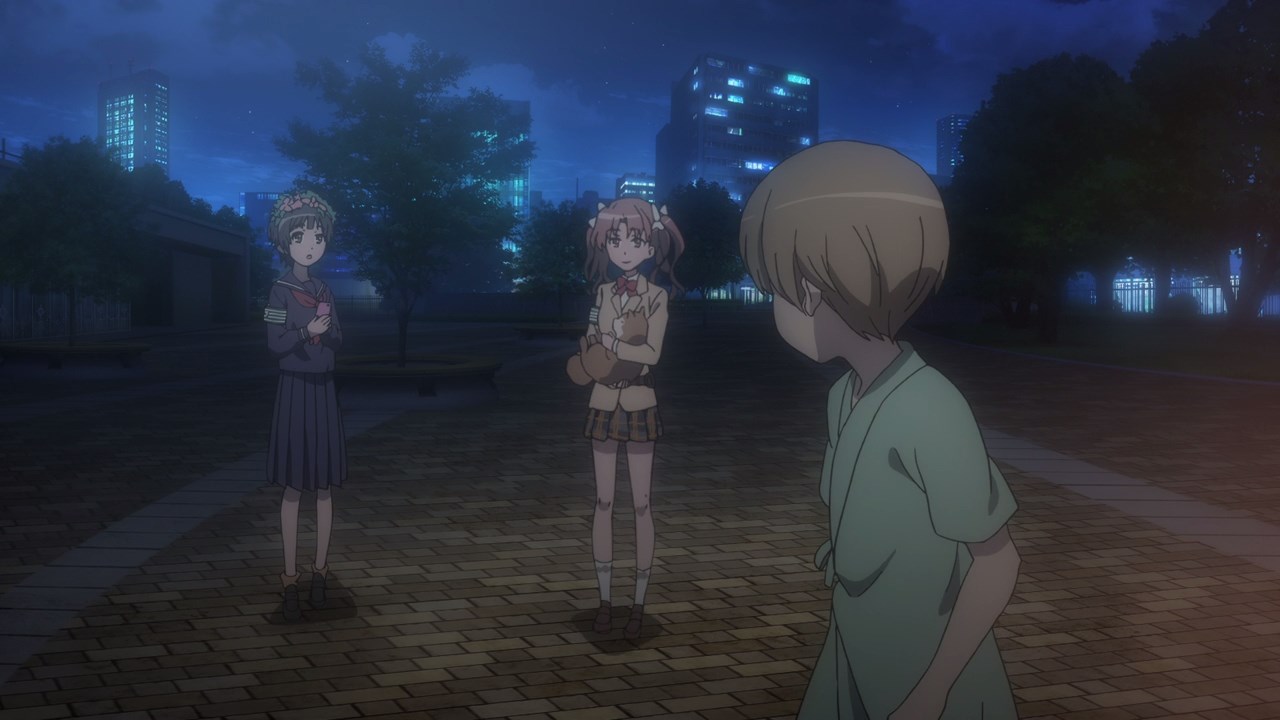 Anyways, Kuroko has finally rescued Perro and while it only have minor injuries, at least Shaei’s dog is alive. 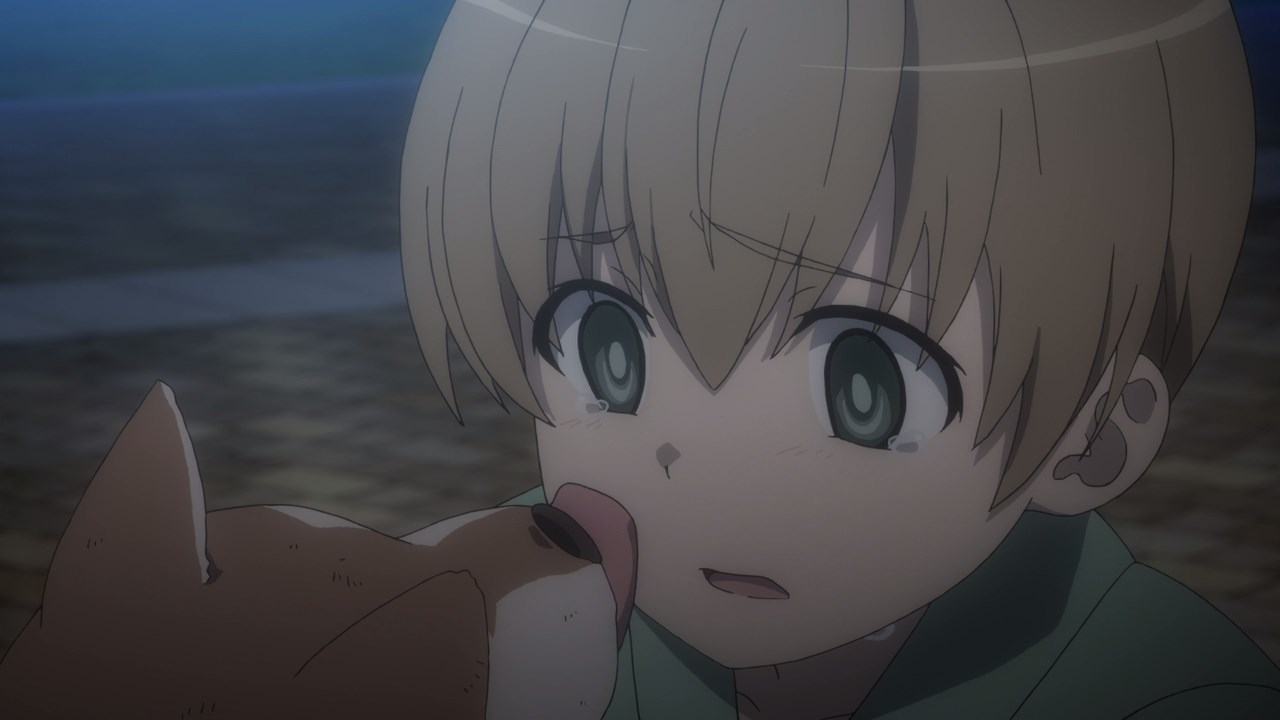 For Miyama, he’s surprised that someone would defy fate by rescuing them despite the fact that his ability can harm others. And while all’s well that ends well, I think they should find the esper who can change the outcome of someone’s life. 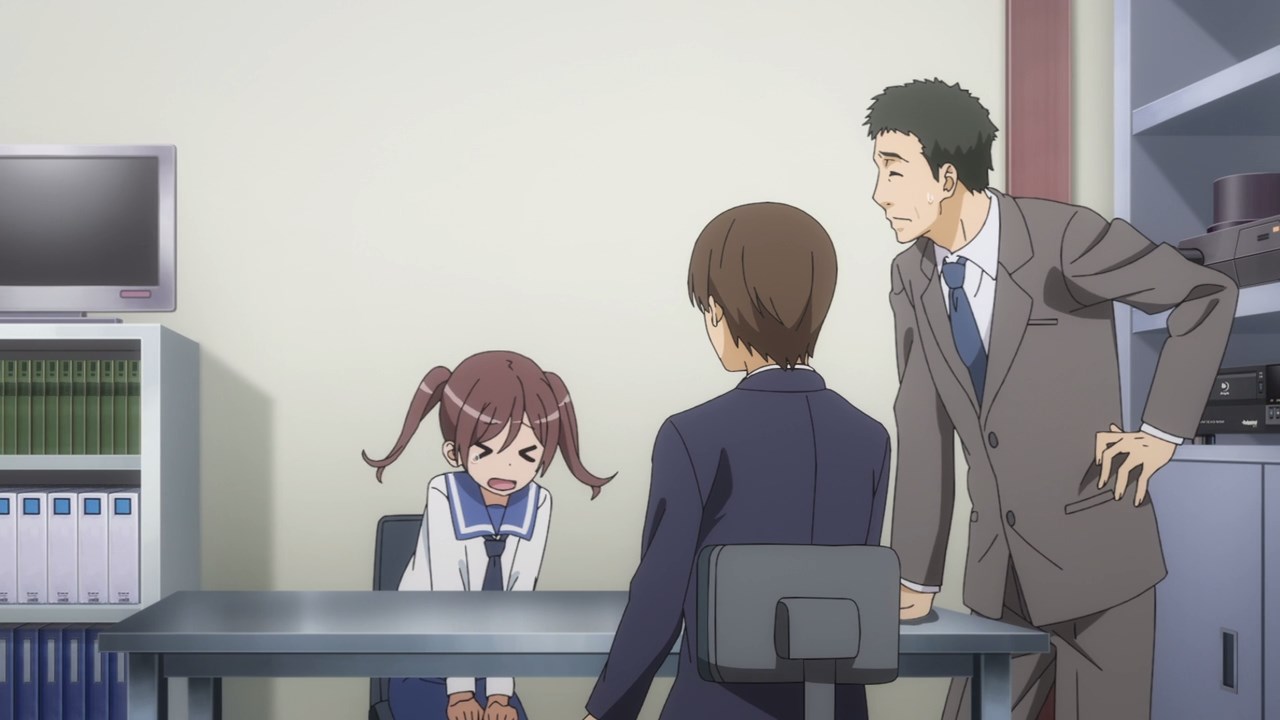 By the way, it turns out that they found the culprit behind the plant ampule, although this girl is not aware that it’s flammable instead of helping the trees grow.

Seriously, I think Judgment and Anti-Skill will have to find that person who made those ampules. Then again, it could be that he/she might be involved in something greater than causing forest fires. 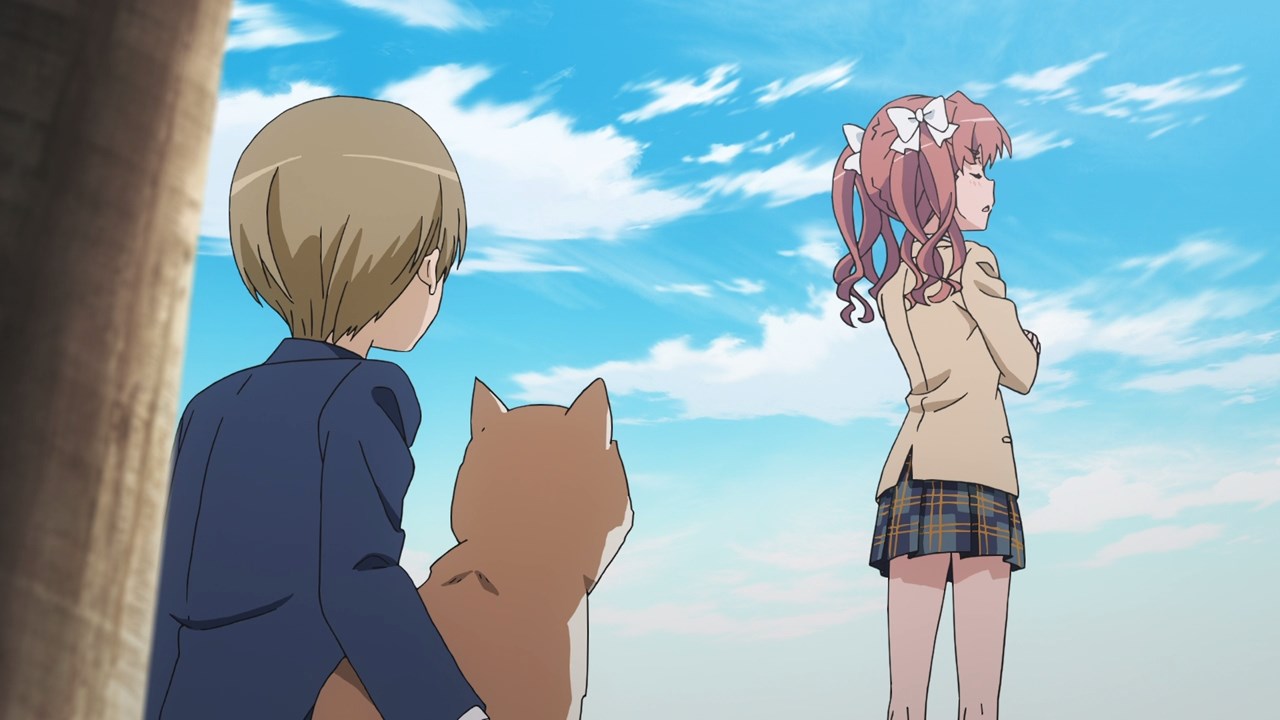 With that said, looks like Kuroko Shirai and the rest of Judgment have prevented another disaster thanks to Shaei Miyama’s precognition.

Come to think of it, I haven’t seen Mikoto Misaka on this episode. Maybe next time, we’ll see Misaka again as well as that Indian Poker game…