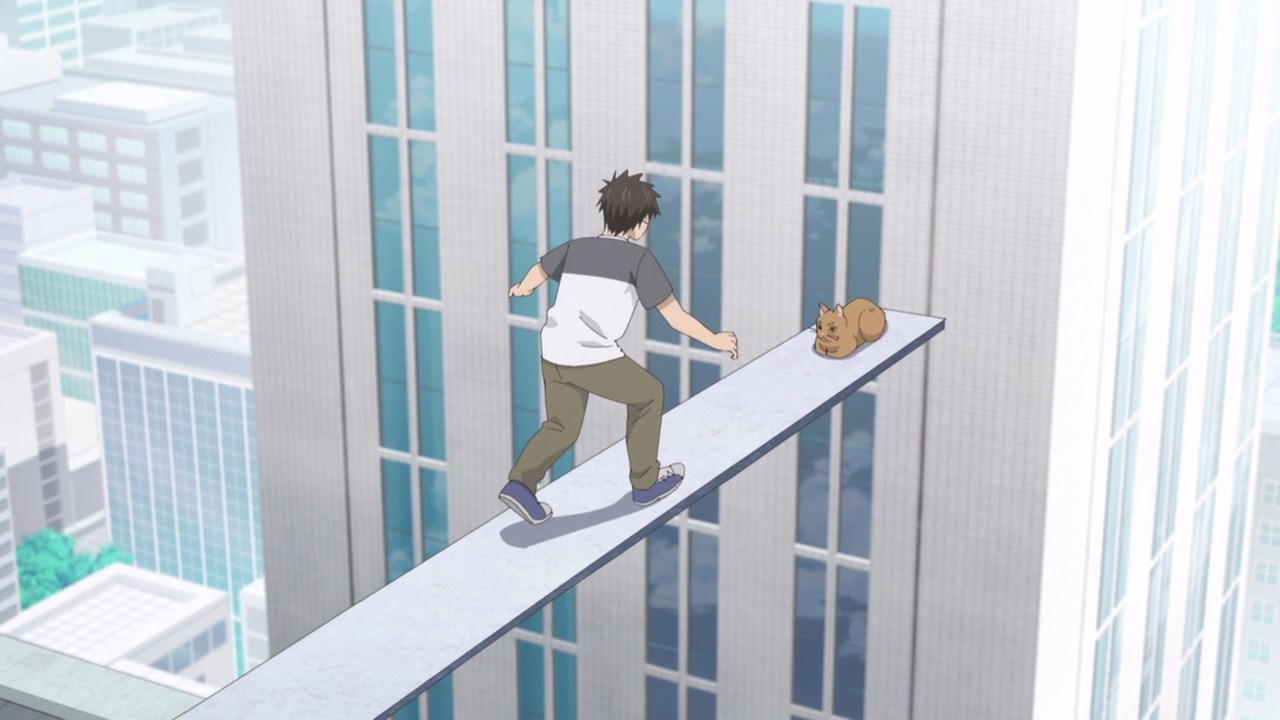 On this episode, Shinichi Sakurai is attempting to rescue the cat on top of a skyscraper. To add more difficulty, the cat is sitting at the end of a plank which Sakurai might fall down if he slips off-balance. 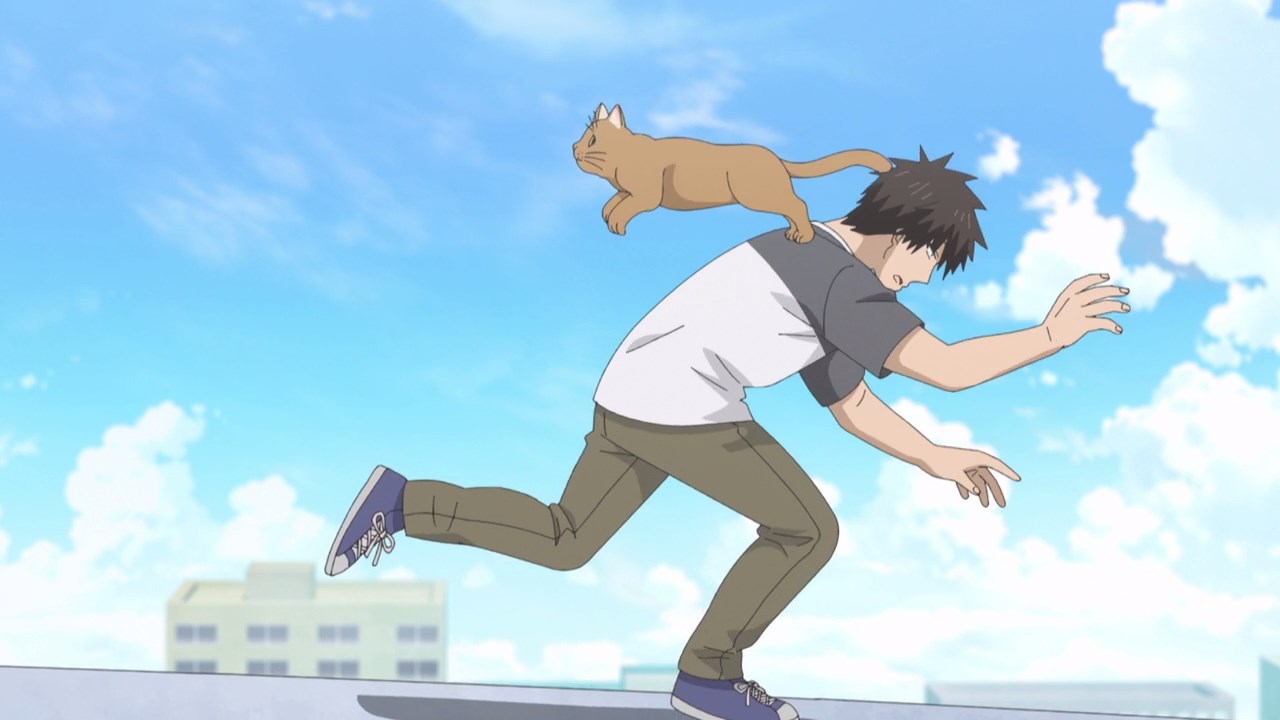 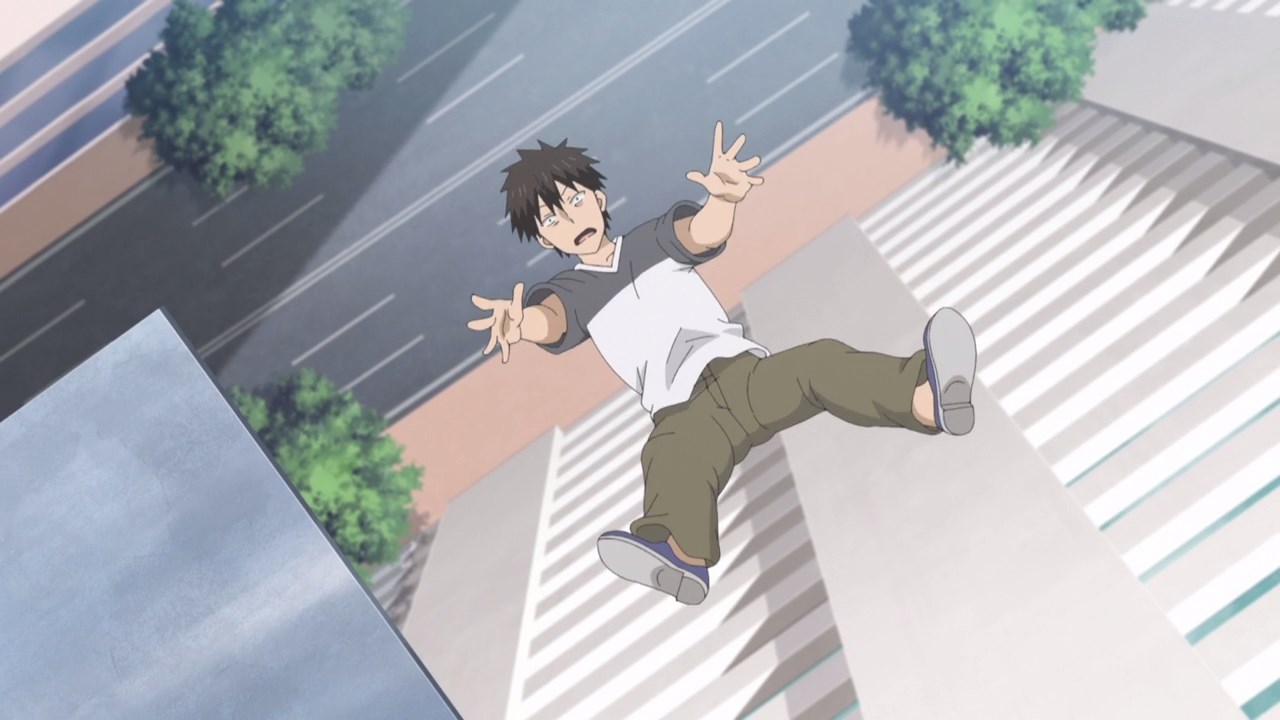 Unfortunately, Shinichi was caught off-guard by the cat where it jump straight at him, thus he loses balance and went straight to the pavement. And so, Sakurai has died… or is it? 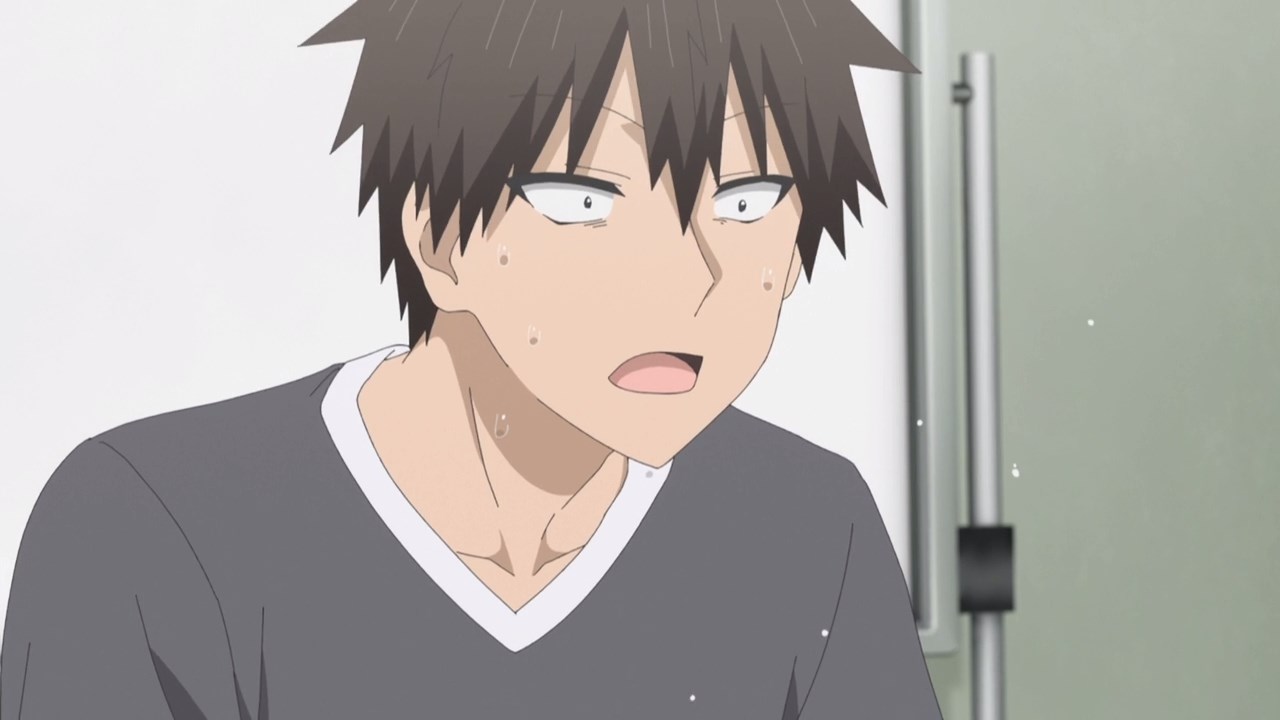 Actually, it’s all just a dream as Shinichi returned to reality. And seriously, that was a scary as hell! 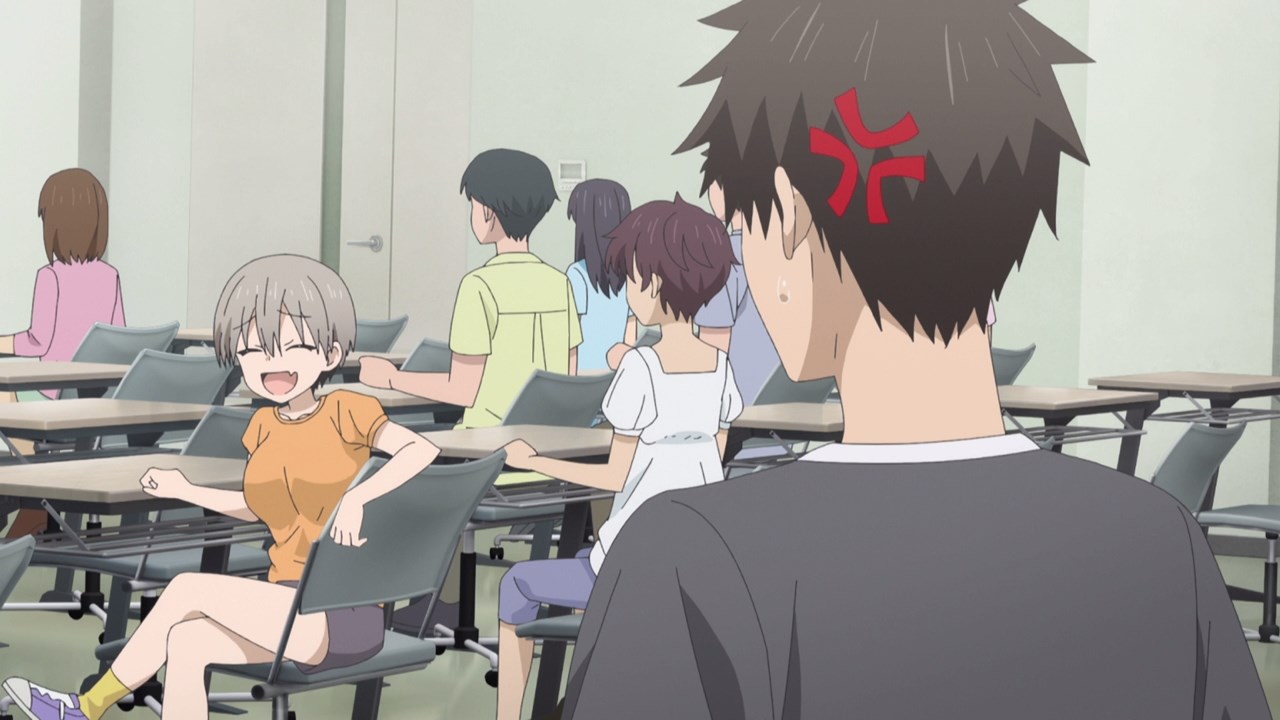 Of course, Hana Uzaki will mock Sakurai for dozing off during a lecture. Oh please Uzaki-chan, you sure want to make fun of Shinichi’s nightmare huh? 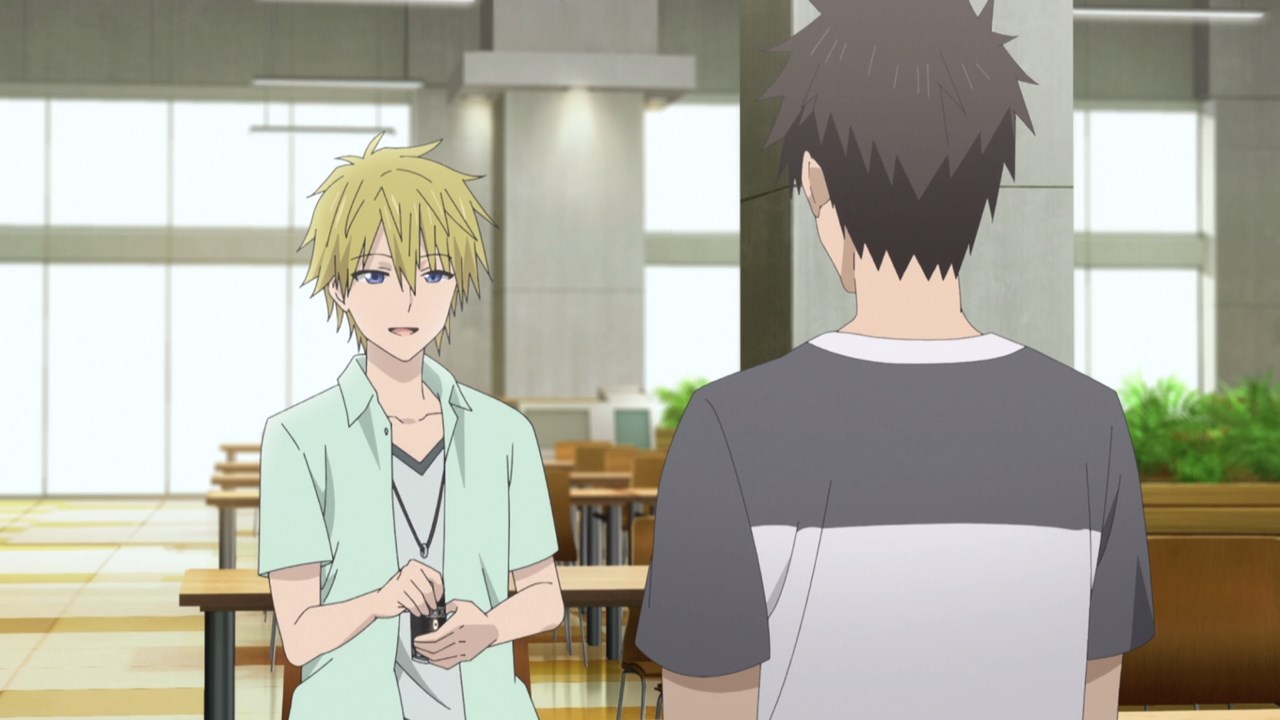 By the way, I would like to introduce you to Itsuhito Sakaki who’s very popular with the ladies, although Sakaki told Sakurai that he’s wasting his college life without a girlfriend.

Well, Shinichi has his annoying kouhai to keep him busy but that would come later. 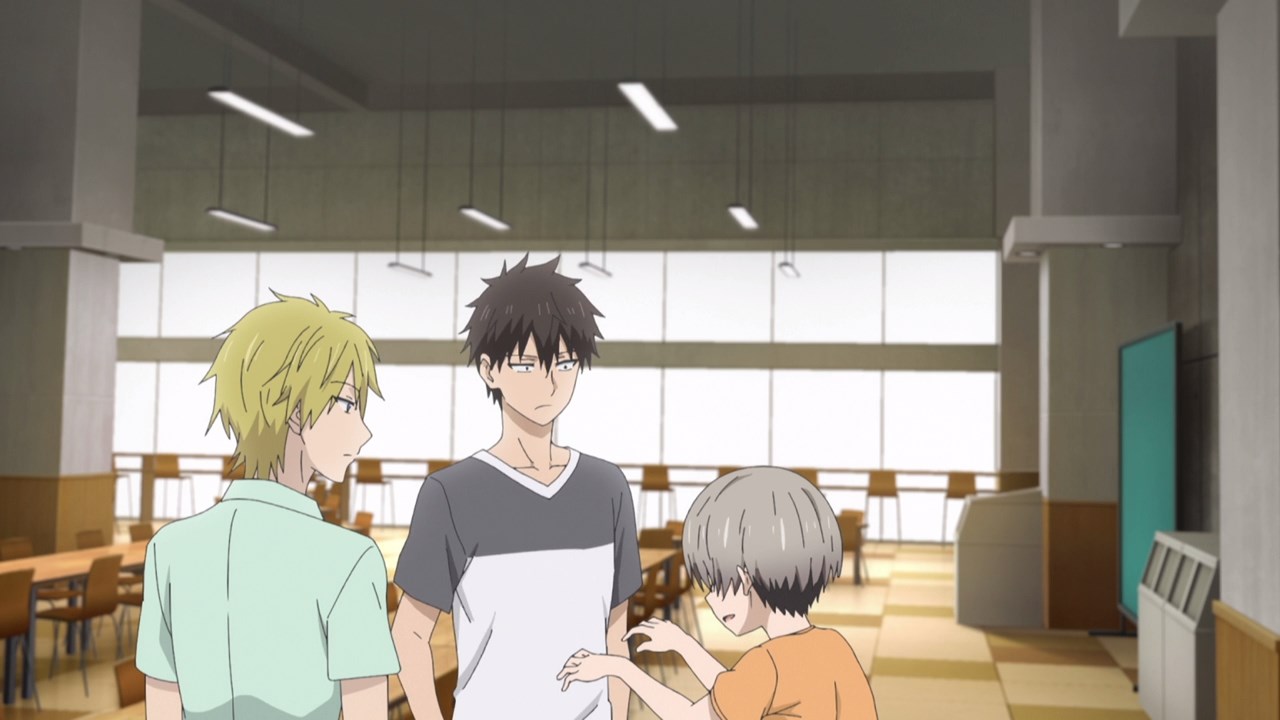 On second thought, Hana Uzaki has arrived where she’s shocked to see Sakurai-sempai talking to his friend. 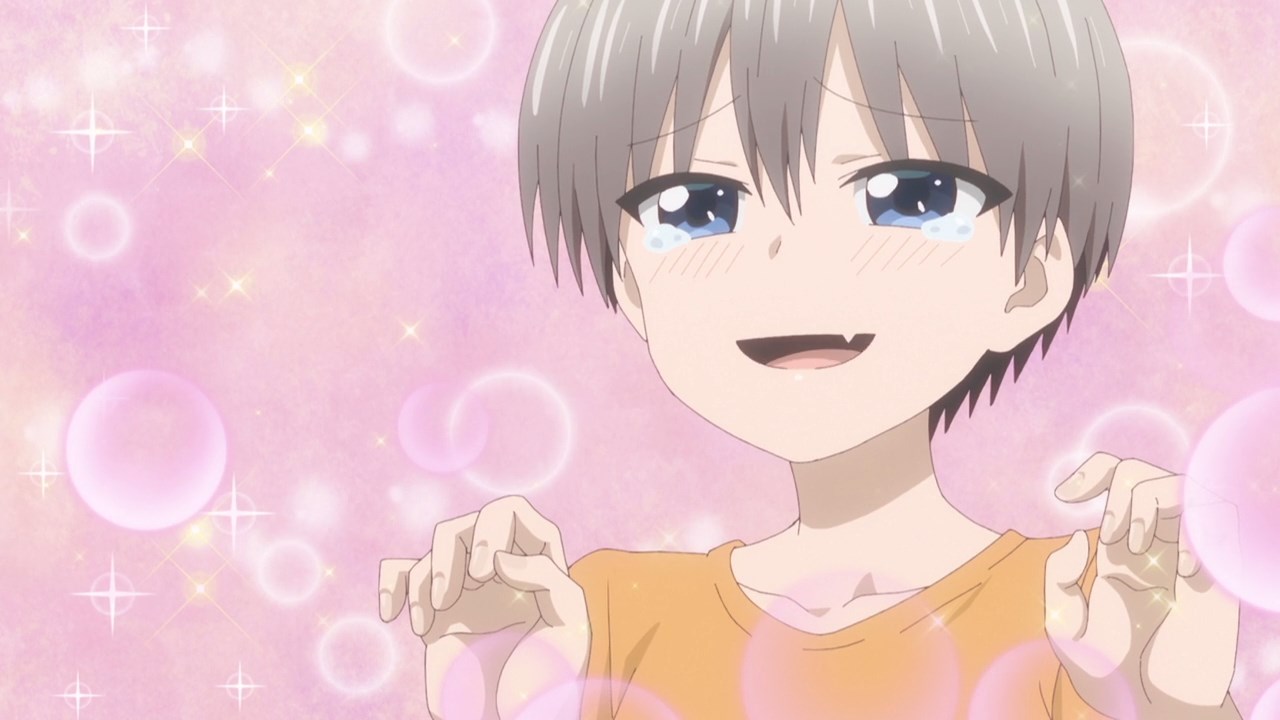 But yes, she’s really happy that Shinichi got someone to talk with instead of being a loner all the time. 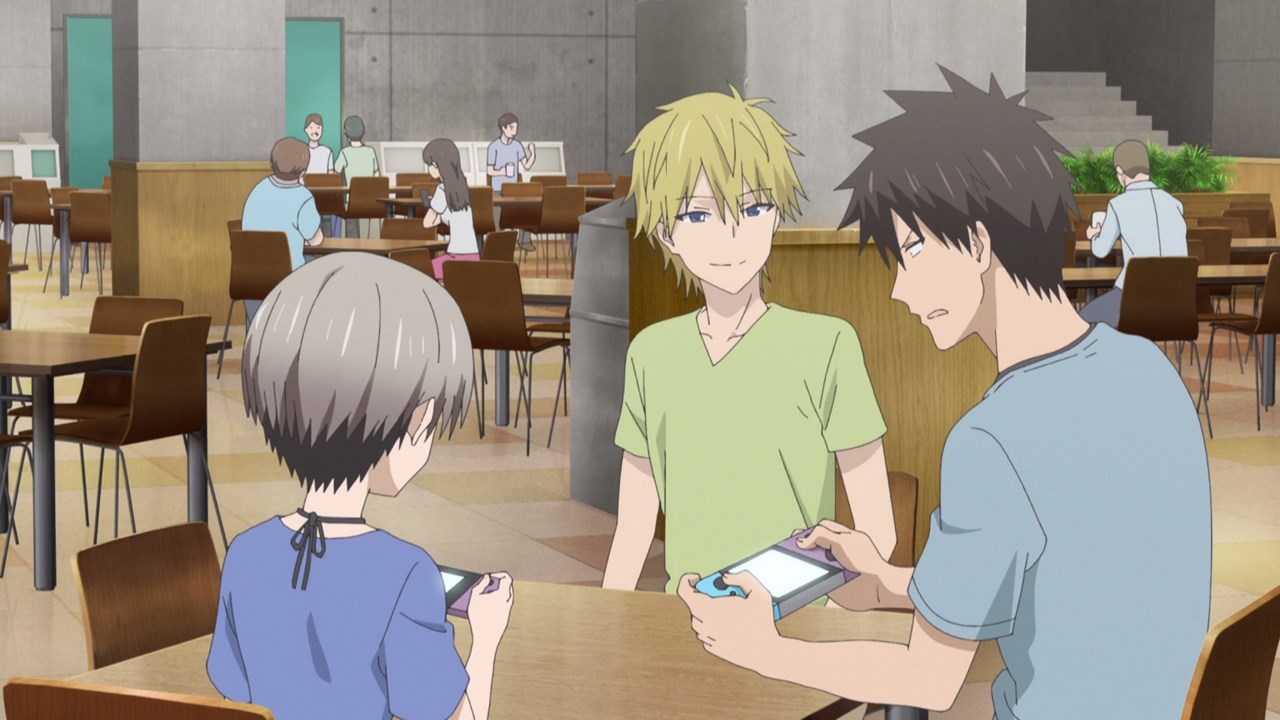 As for Itsuhito Sakaki, it seems that he’s interested on hooking them up… in bed.

Then again, Sakaki might change his mind and decides to steal Uzaki-chan away from Sakurai, but nah he won’t pull a treacherous move! 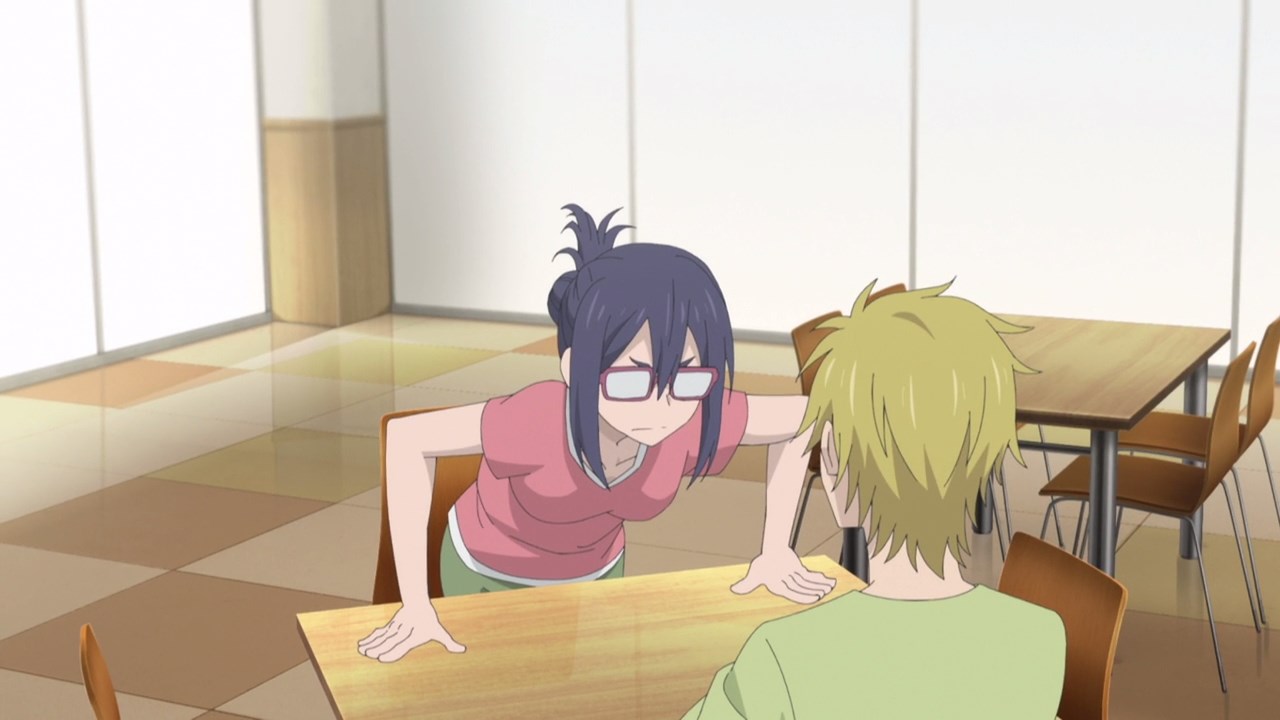 On the other hand, it appears that Ami Asai has another opinion when hooking both Uzaki and Sakurai up as she wants them to become lovers naturally instead of forcing them.

Man, I have a feeling that Asai and Sakaki have some different opinion when it comes to shipping both characters. 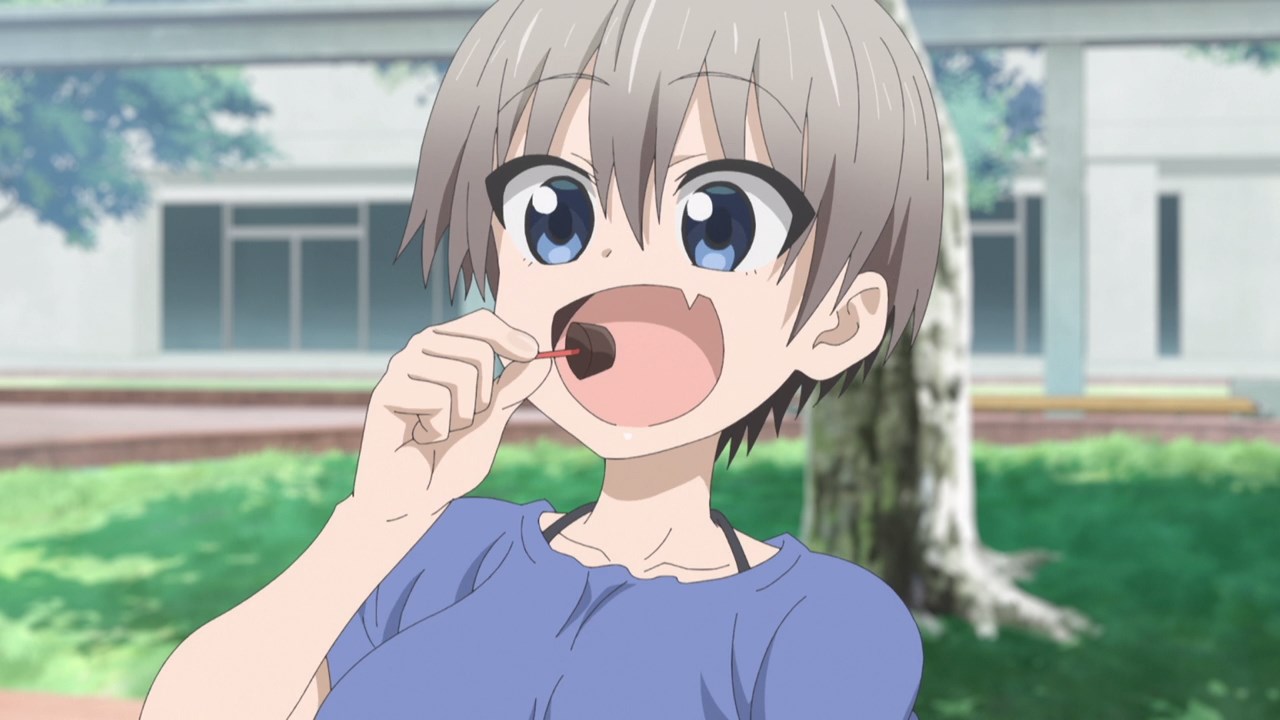 Finally, here’s Hana Uzaki where she’s eating chocolate mint. It’s sweet and it gives you a cool breath upon eating it. 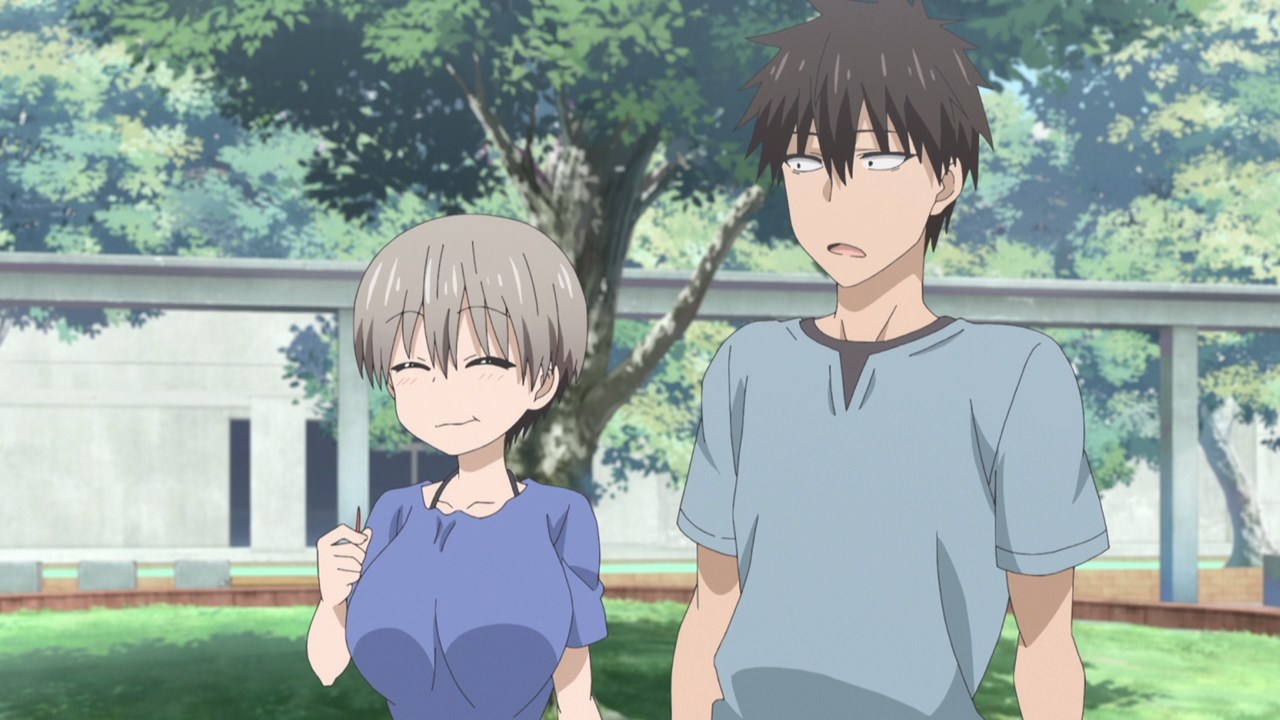 However, Sakurai doesn’t like eating chocolate mint because it tasted like toothpaste. Really Shinichi, you shouldn’t underestimate the taste of choco-mint! 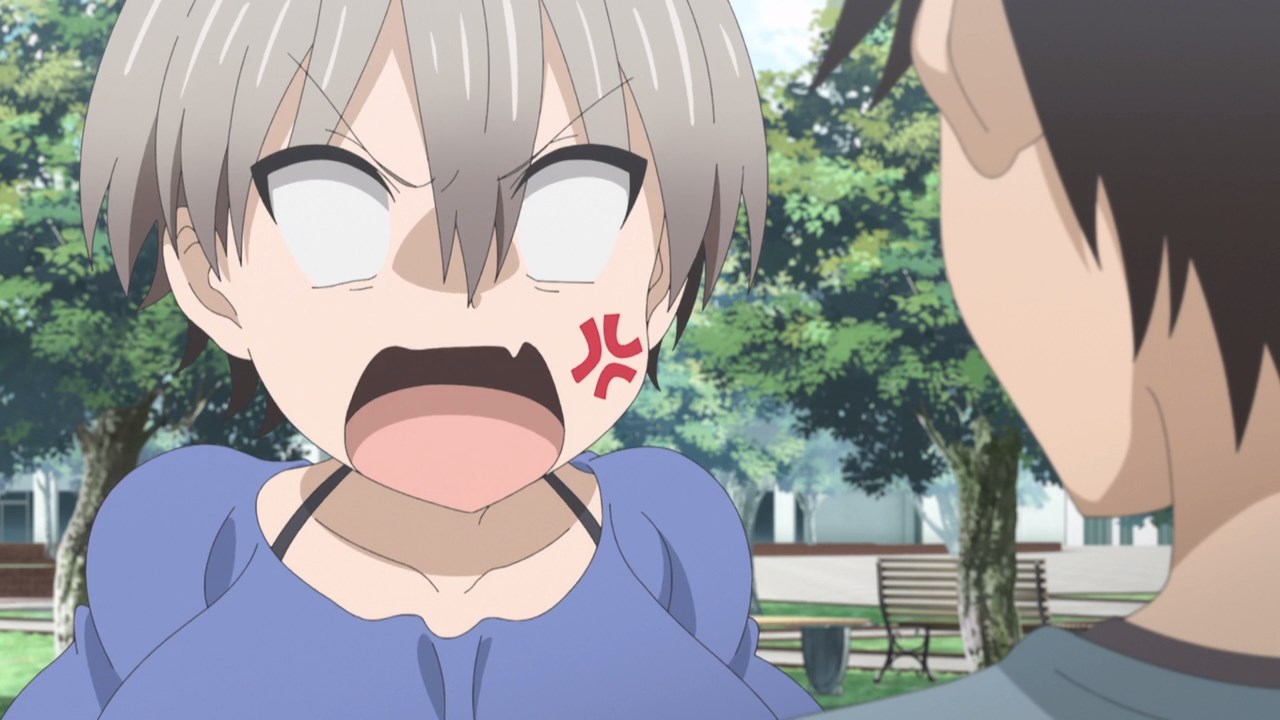 Hell, even Uzaki-chan called him out for his bullshit claims, saying that he made a mockery of those who love choco-mint after years of unpopularity. 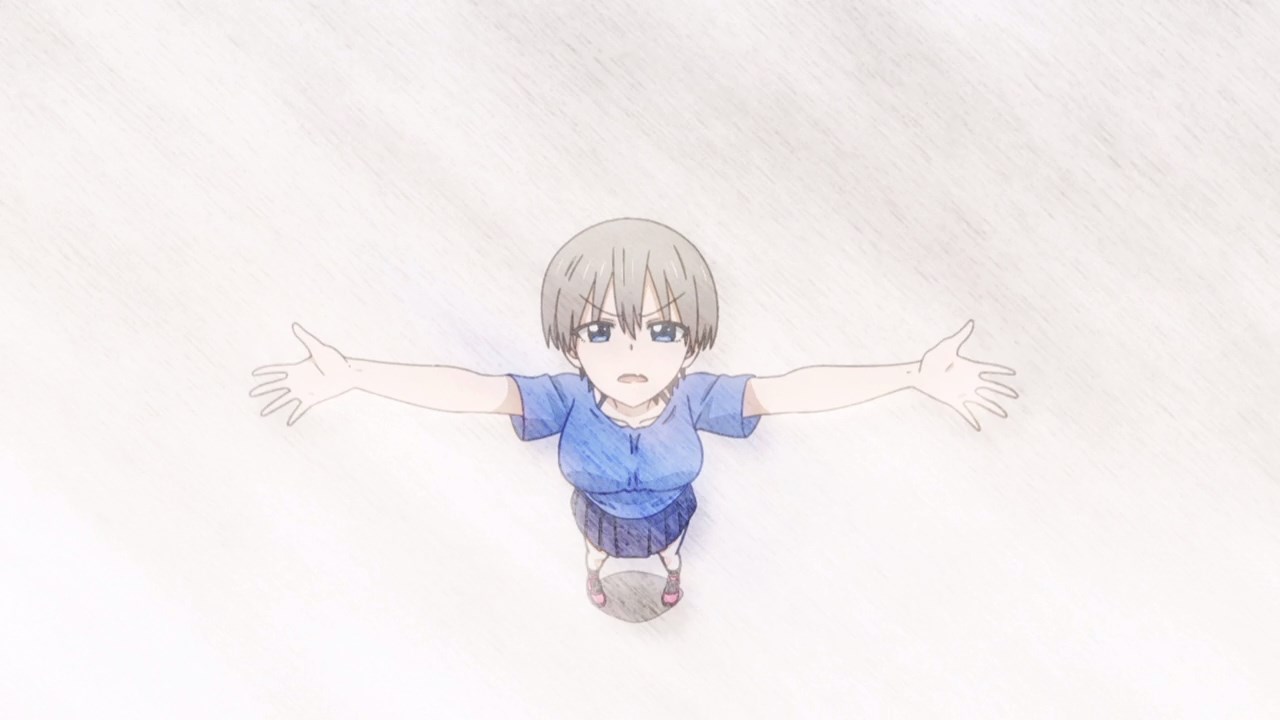 In any case, Hana Uzaki lectured Shinichi Sakurai about the joys of eating chocolate mint as she praise the heavens for inventing this flavor which she and the rest can enjoy it! 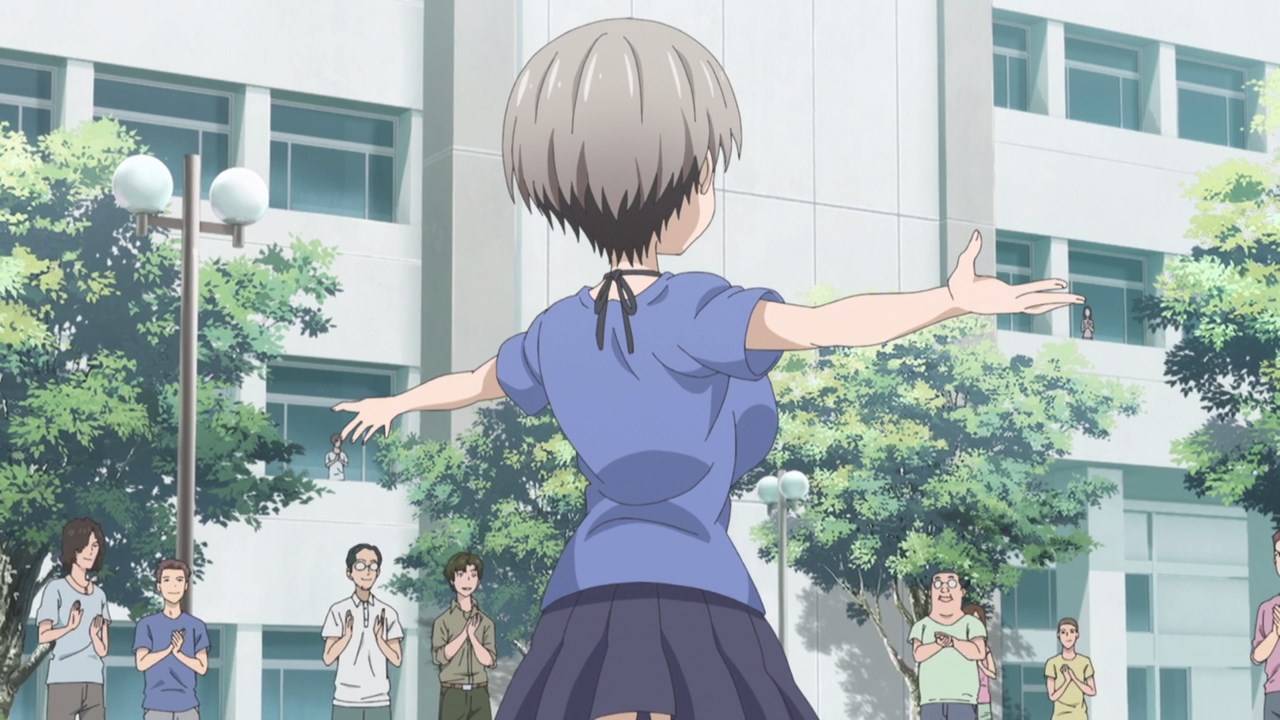 Oh, and she got a standing ovation by the school campus for her declaration that choco-mint is delicious. Congratulations, Uzaki-chan! 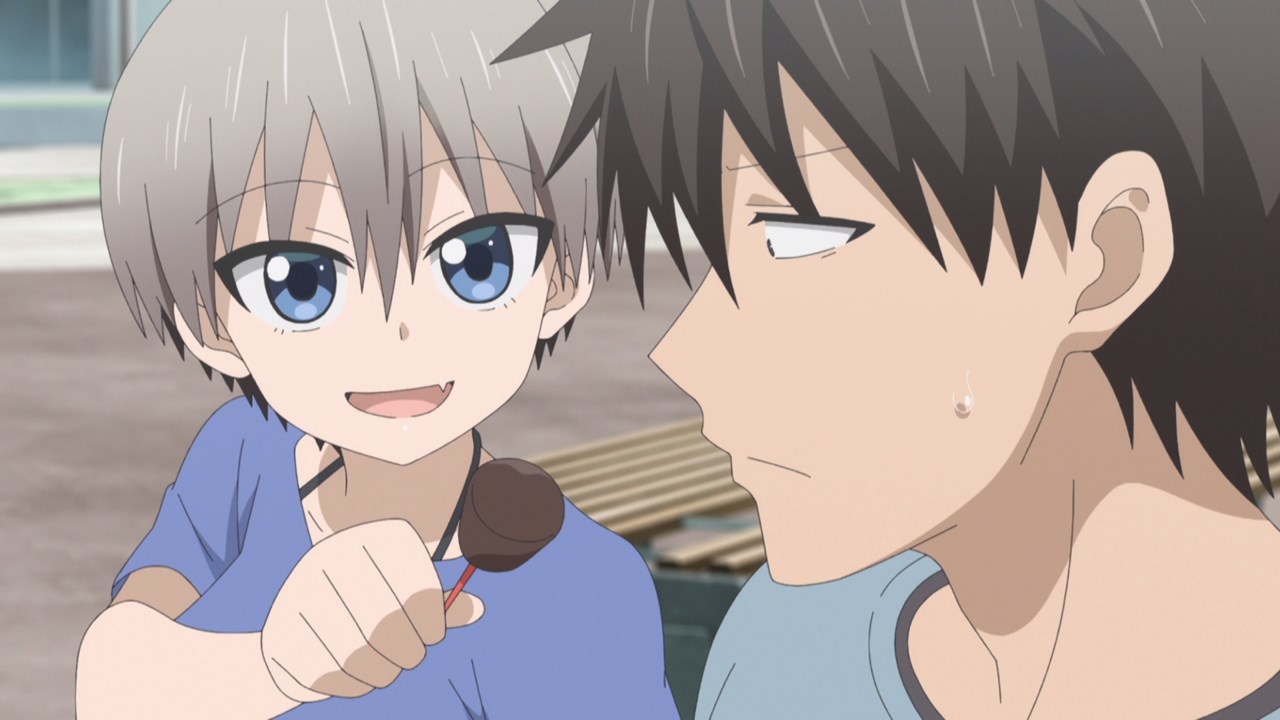 Now then, it’s time for Shinichi Sakurai to taste the sweetness with a cool aftertaste that is choco-mint. C’mon Sakurai, just one bite. 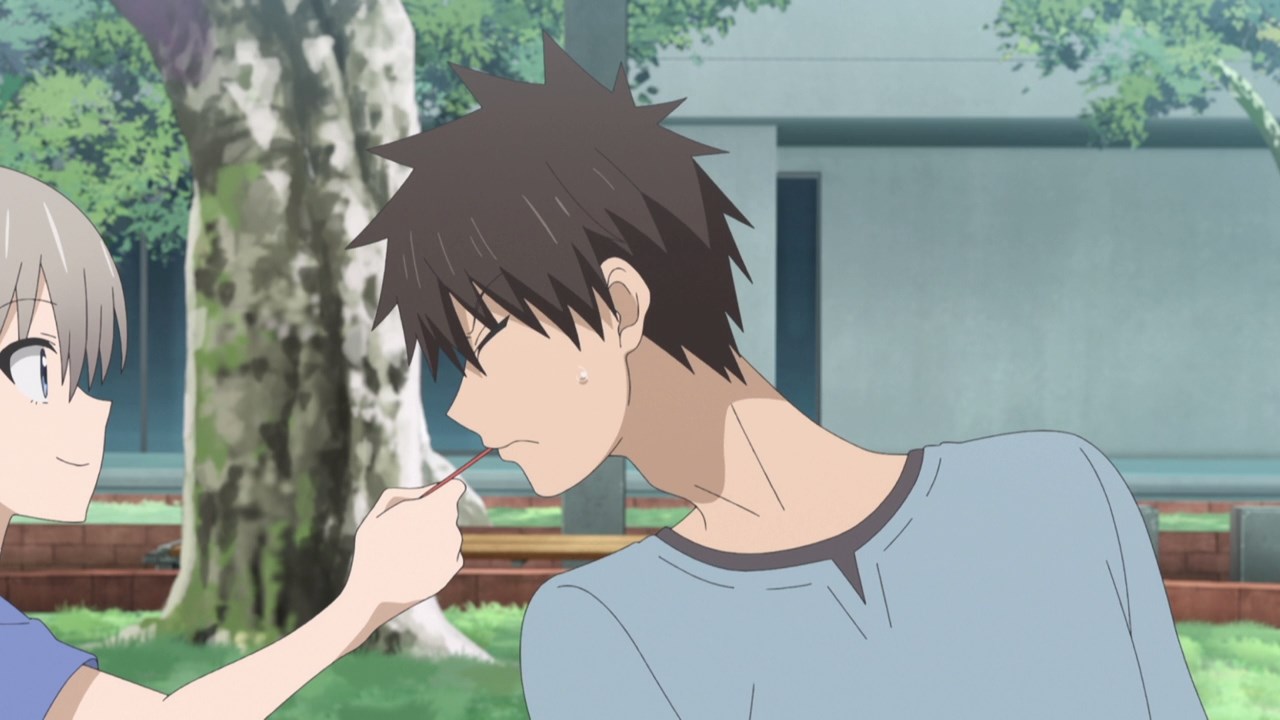 So, he took a bite and told Uzaki-chan that the chocolate mint is indeed delicious, although Sakurai should be aware that he got an indirect kiss from his underclasswoman. 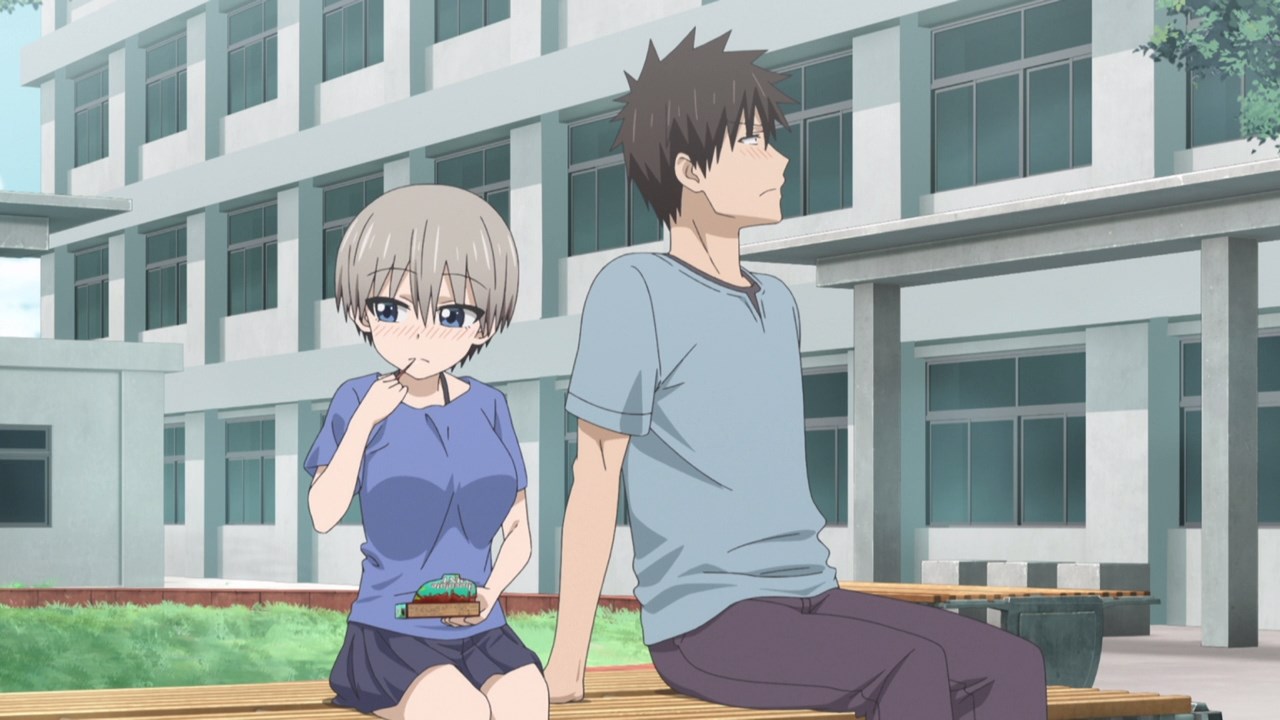 Of course, Uzaki-chan noticed that she got an indirect kiss from Sakurai-sempai. Oh boy, what an awkward way to end this episode!