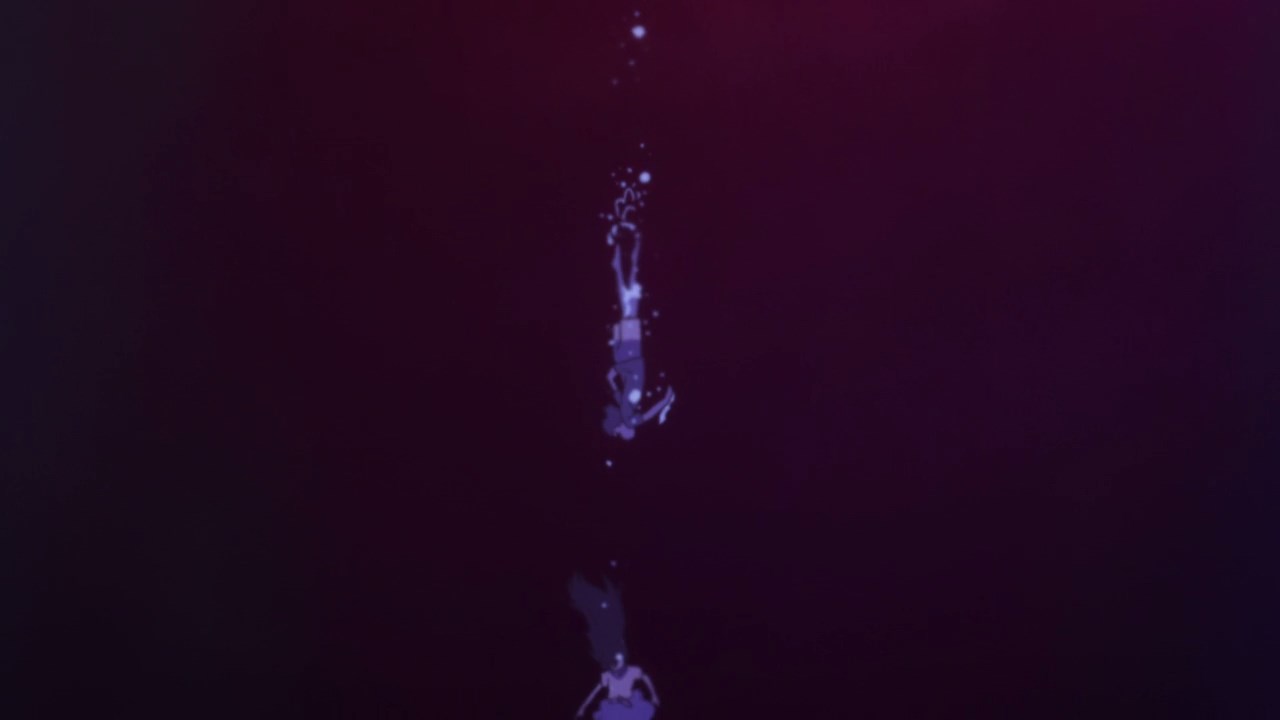 Let’s start with Kazuya Kinoshita where he dive into the sea to rescue Chizuru Mizuhara. 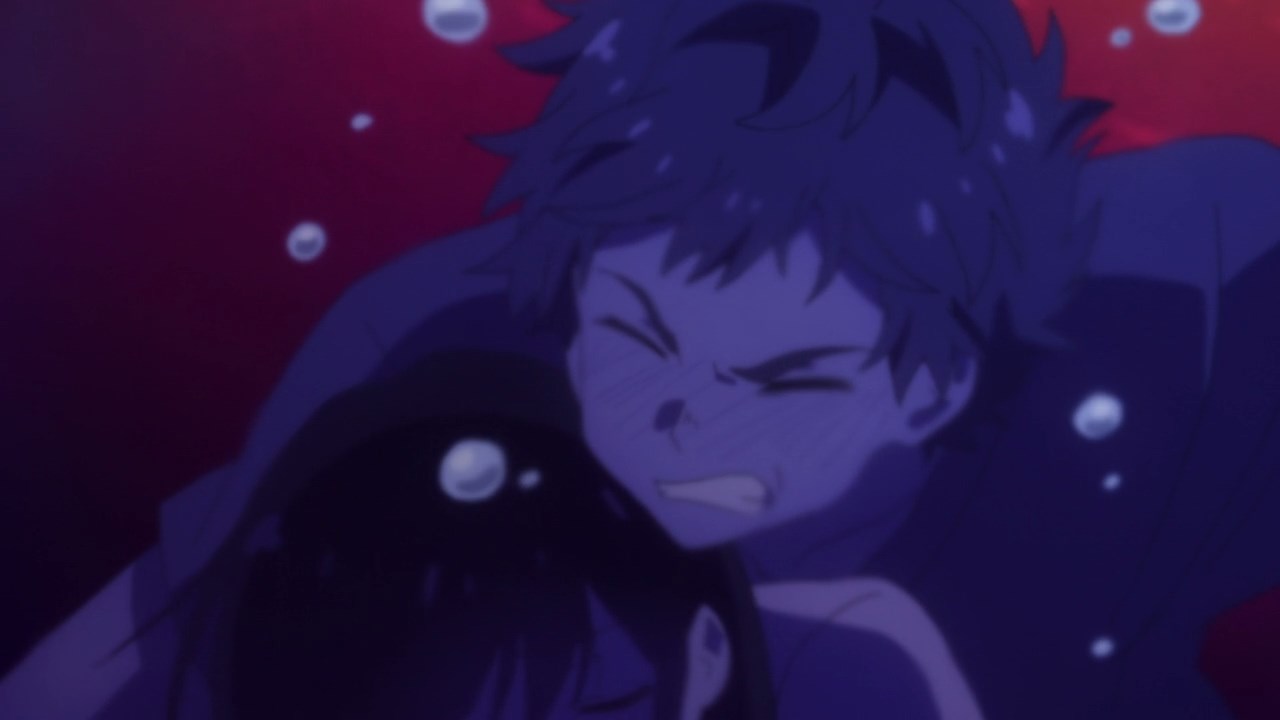 Then again, the only thing I’m worried about is whether Kazuya might live after taking Chizuru out of harm’s way ’cause even though he’s a good swimmer, Kinoshita couldn’t hold much longer in underwater. 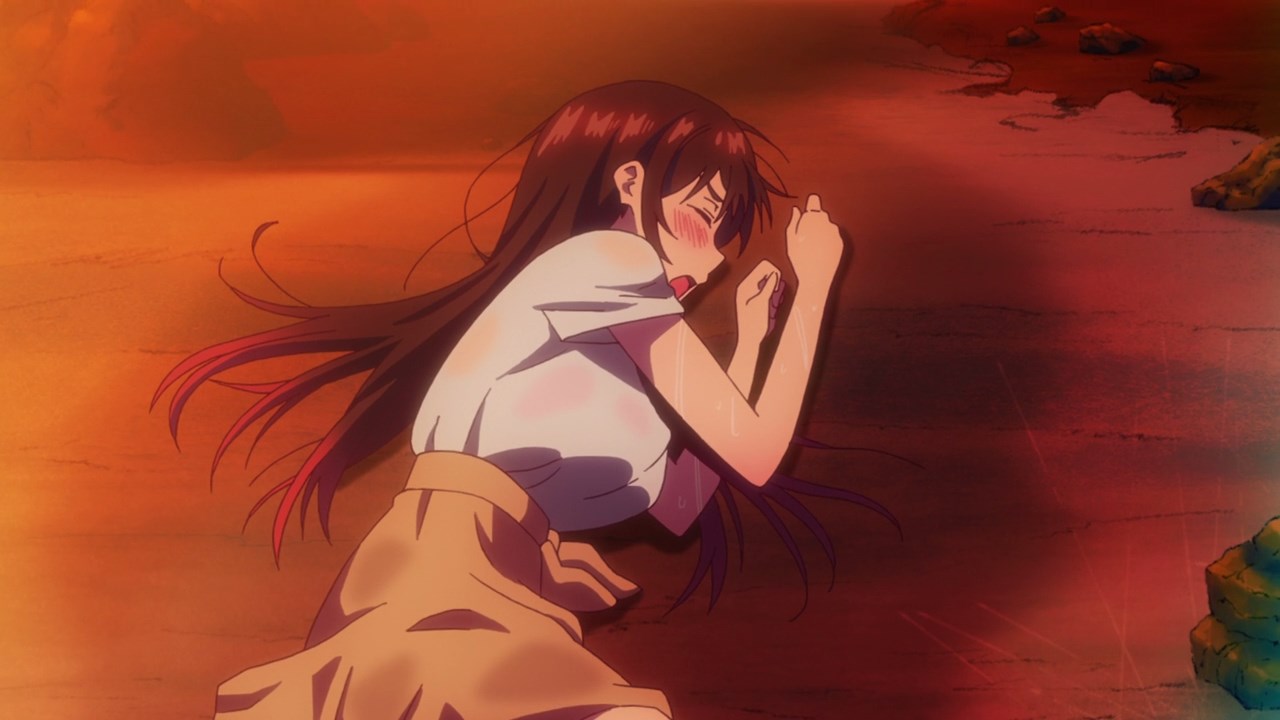 But anyways, Chizuru Mizuhara is saved thanks to Kazuya Kinoshita. Well, he barely managed to pull her out but Mizuhara can finally breathe some fresh air. 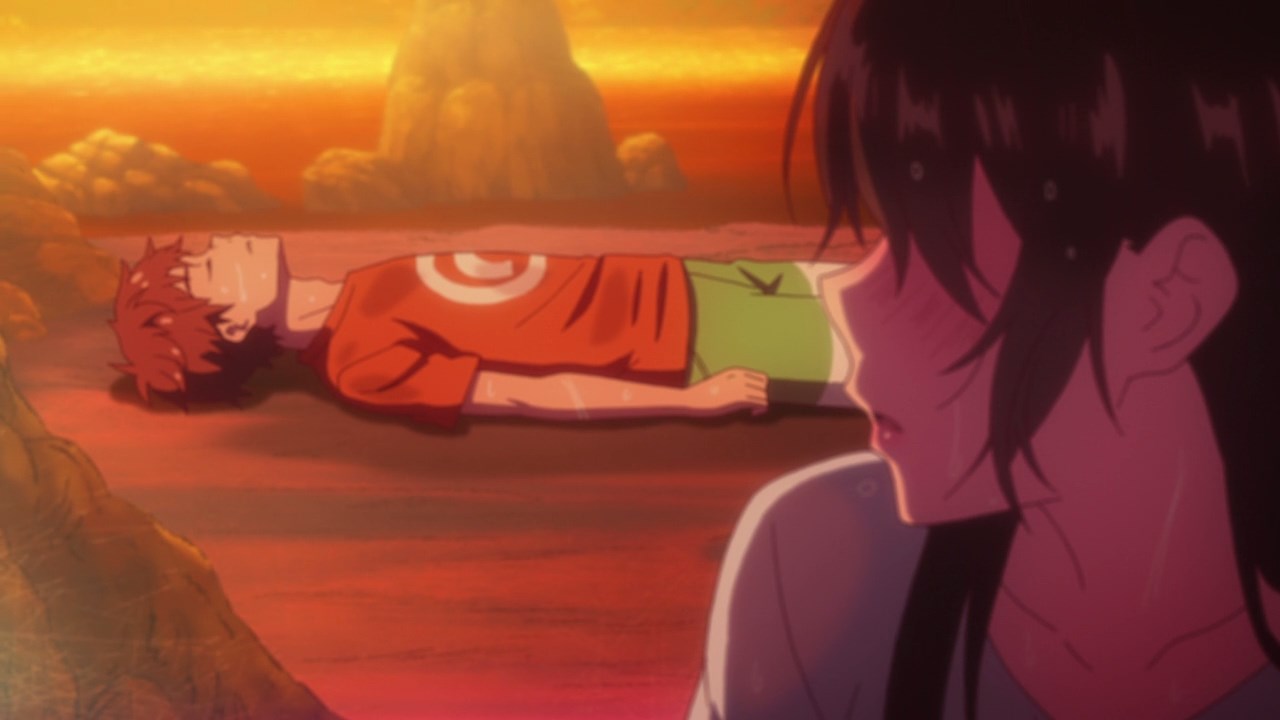 Unfortunately, Kinoshita is lying there motionless which I’m really scared that he might be a goner after diving deep into the sea. 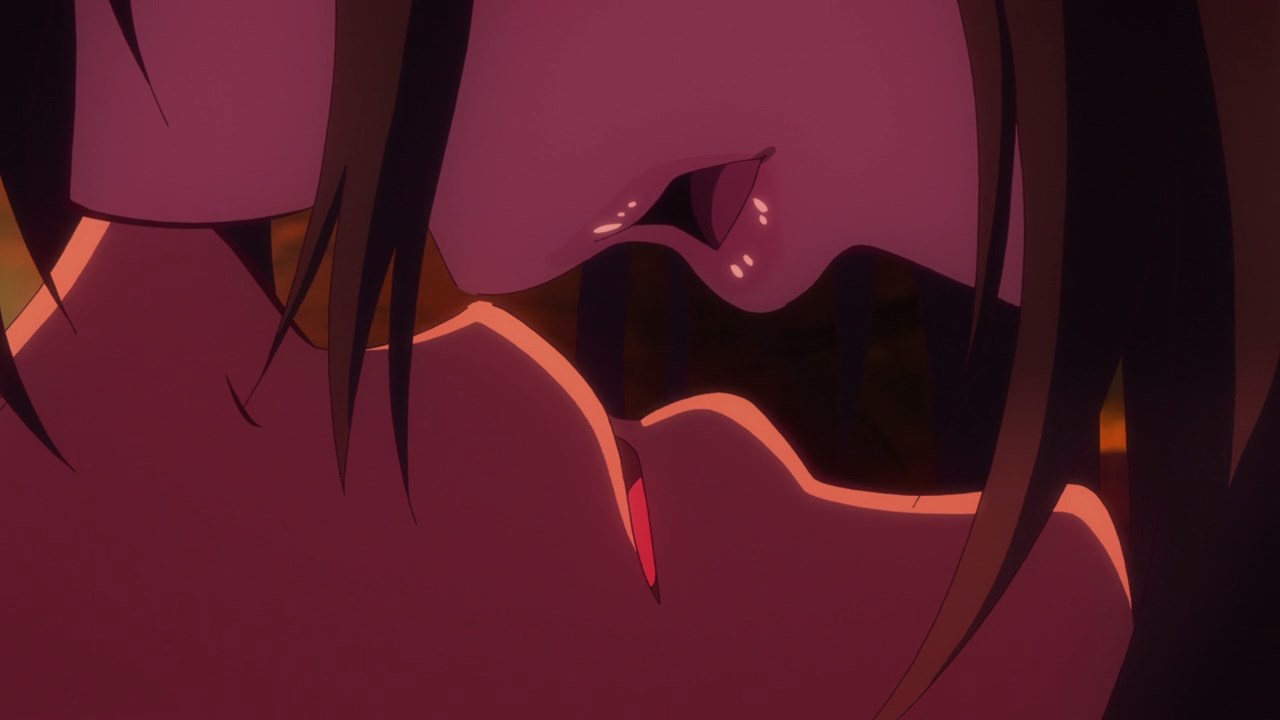 Well then, there’s only one thing to do to save his life, as Chizuru Mizuhara will perform cardiopulmonary resuscitation to Kazuya Kinoshita. 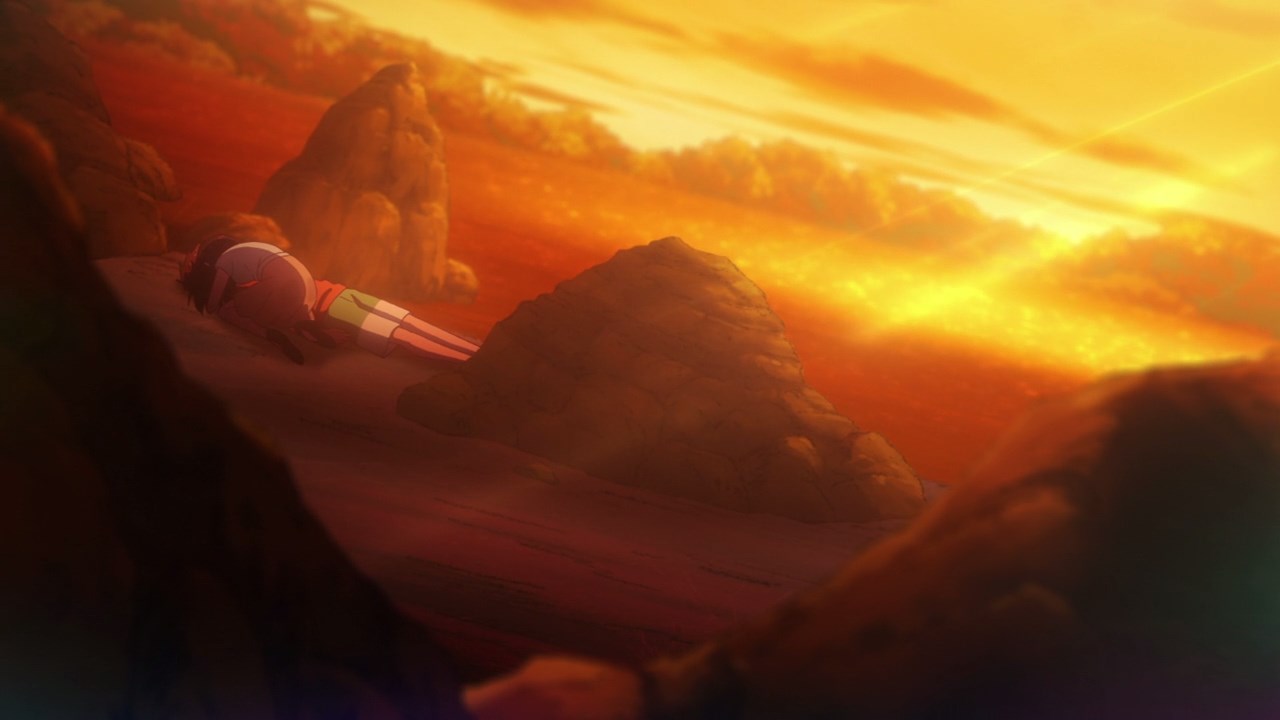 And sure that Kazuya got kissed before but this time, he’ll get one from Chizuru as she’s trying to revive him. 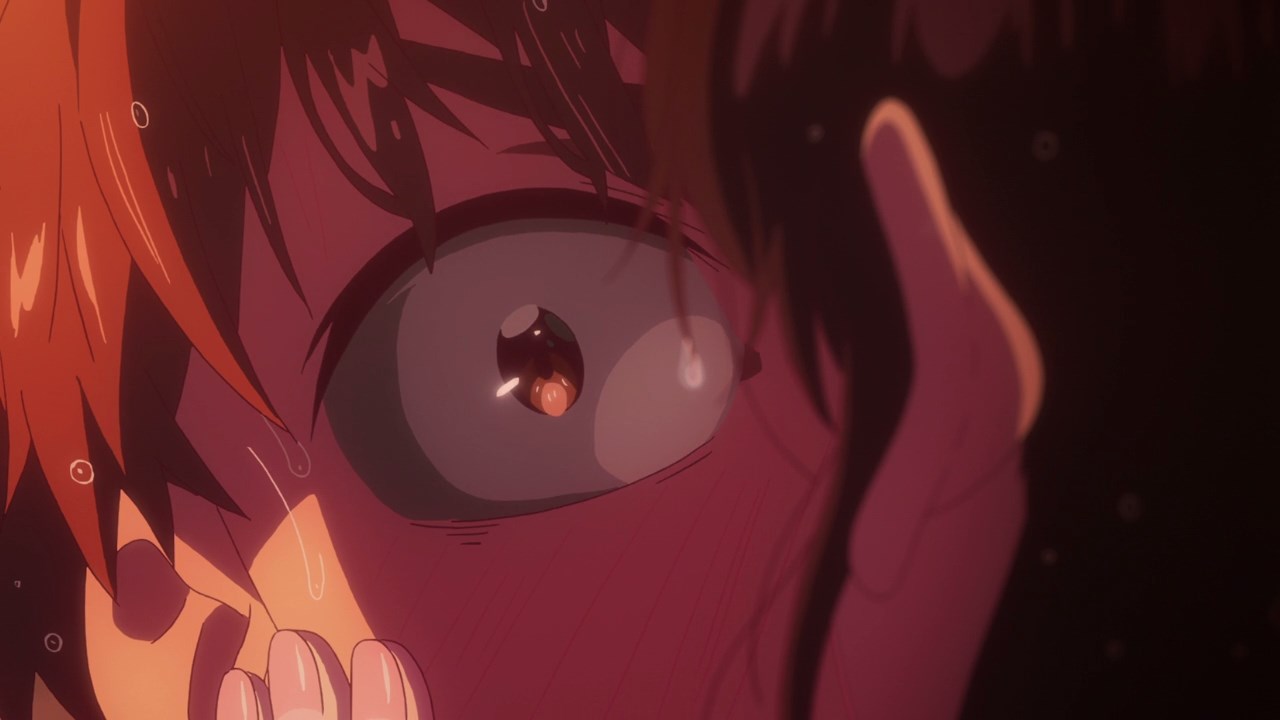 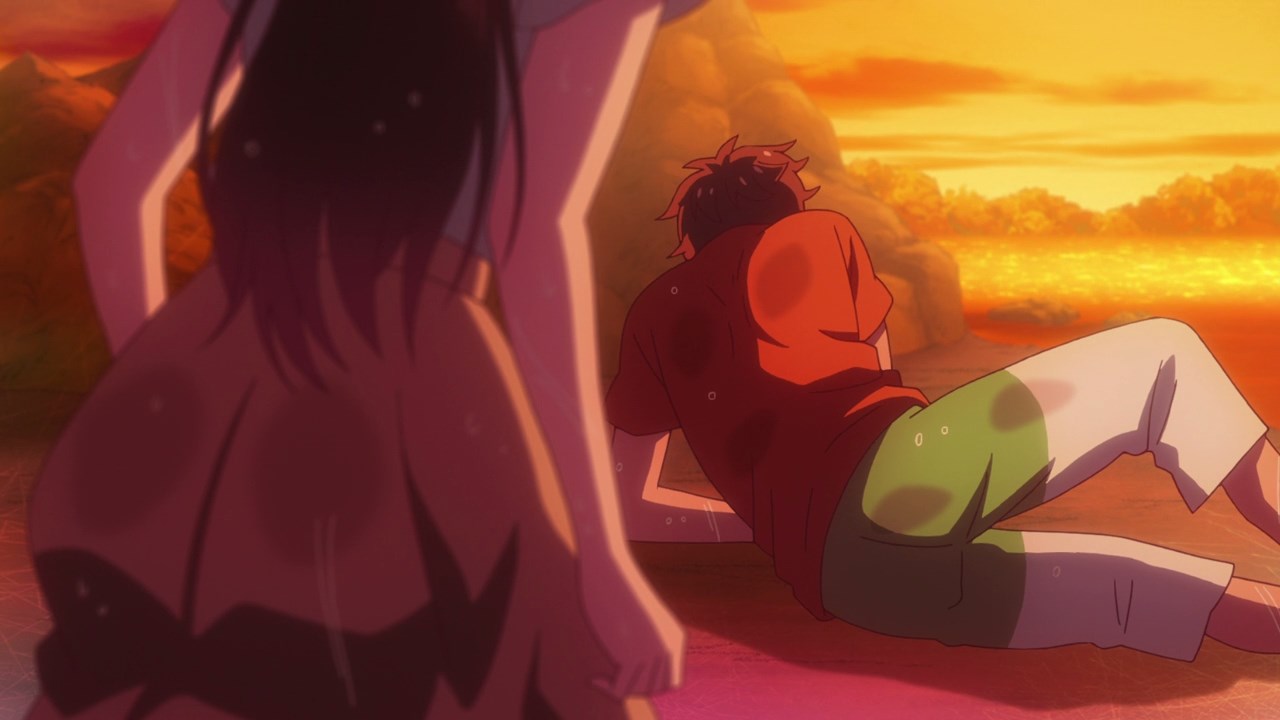 In any case, Kazuya Kinoshita is finally revived as he’s choking on water. Gotta say that his rental girlfriend is reliable than Mami Nanami, although Chizuru will charge him more because of the CPR. 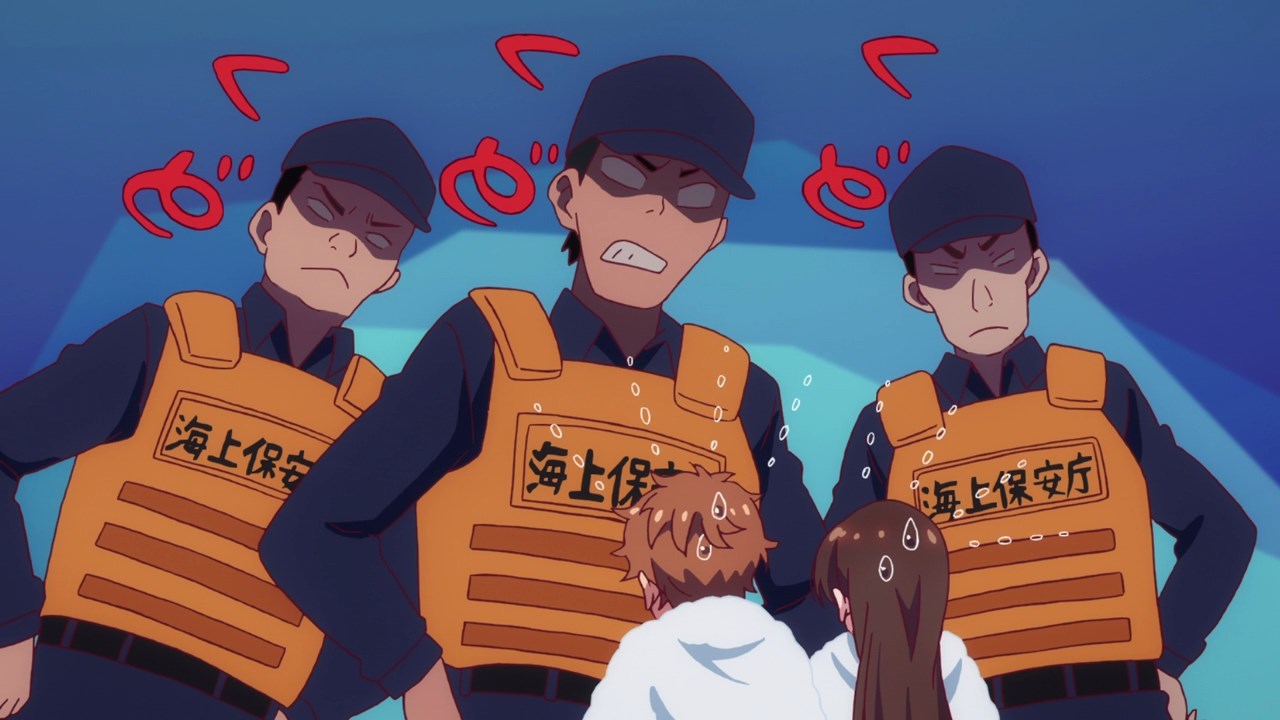 And so, they returned safely as the coast guard arrived to rescue them, although they’re reprimanding them for pulling that kind of stunt. I mean, no sane person would ever jump from a ferry! 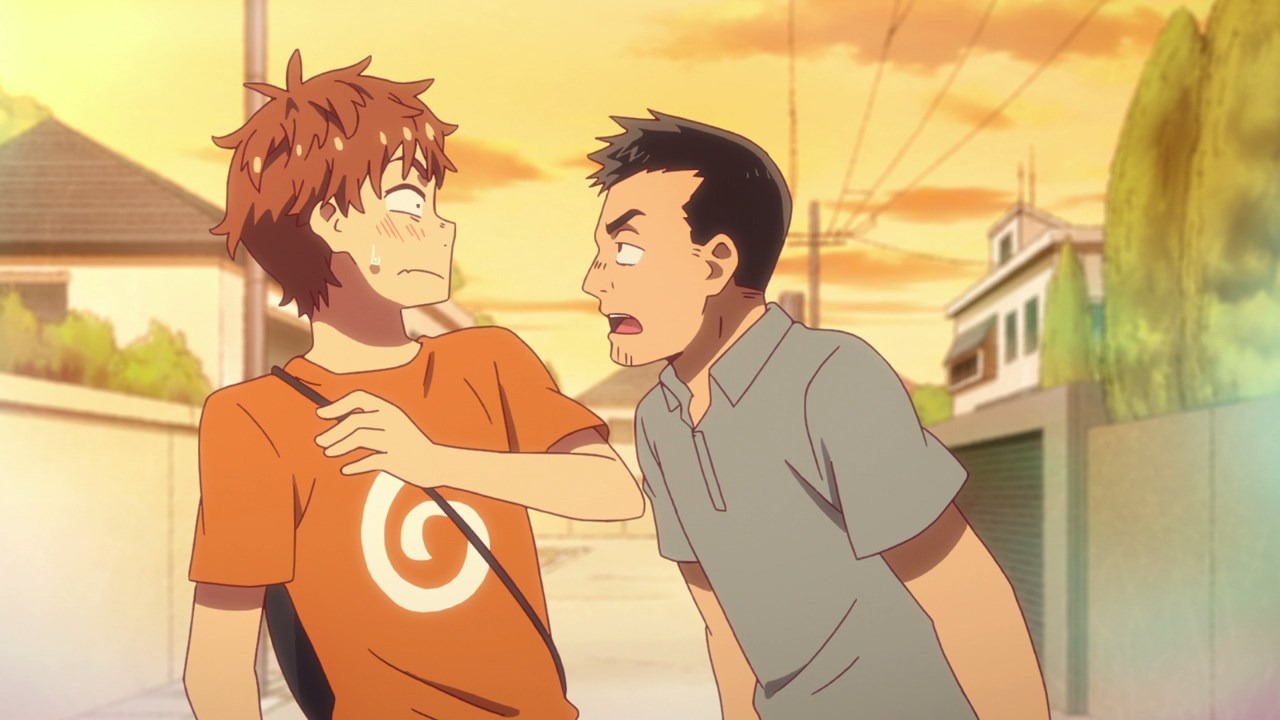 Oh yeah and here’s Yoshiaki Kibe where he told Kazuya to treat Chizuru better despite claiming that he broke up with her.

Well that’s nice from Kibe, but I think he shouldn’t go down the rabbit hole that is Kinoshita’s complicated relationship with Mizuhara. 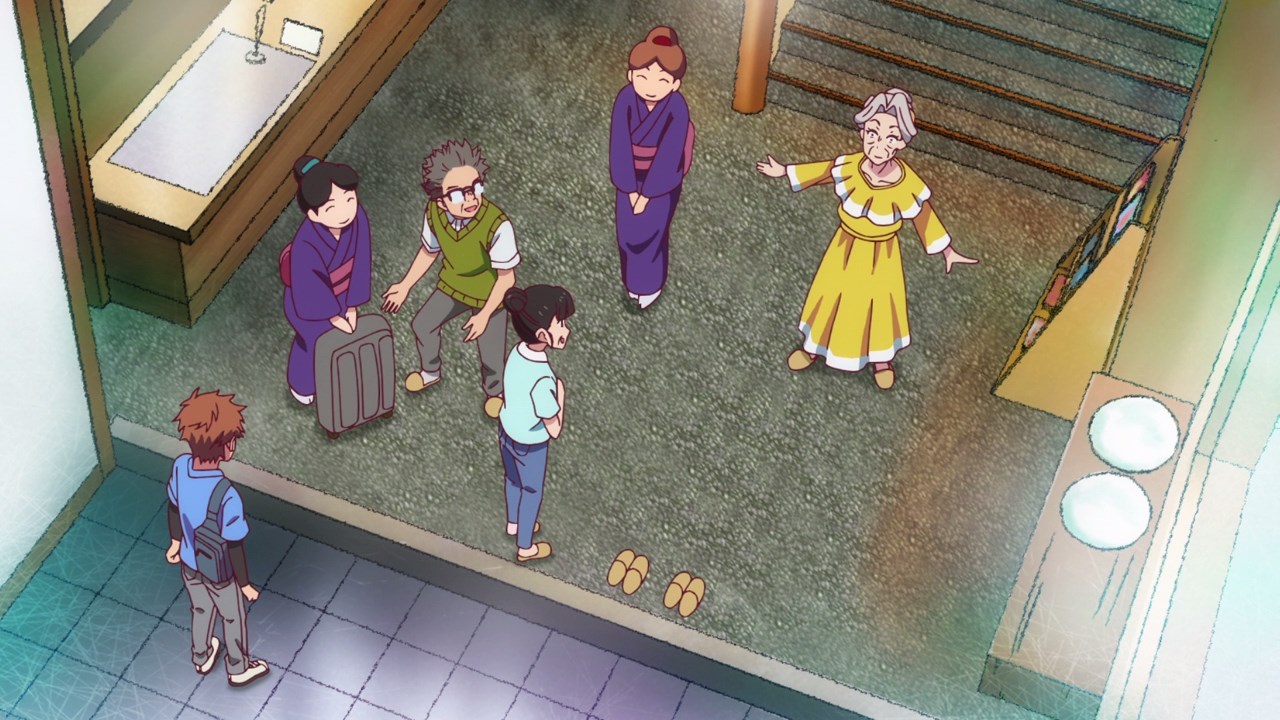 Now then, it’s time for a change of pace as Kazuya Kinoshita and his family went to a hot springs resort called Nashigi-kan in Gunma Prefecture.

Well then, I’m sure that Kazuya-kun will have a calm mind after taking the plunge at Mt. Akagi’s soothing hot springs, rather than jacking off at his apartment while thinking lewd things on Mami-chan! 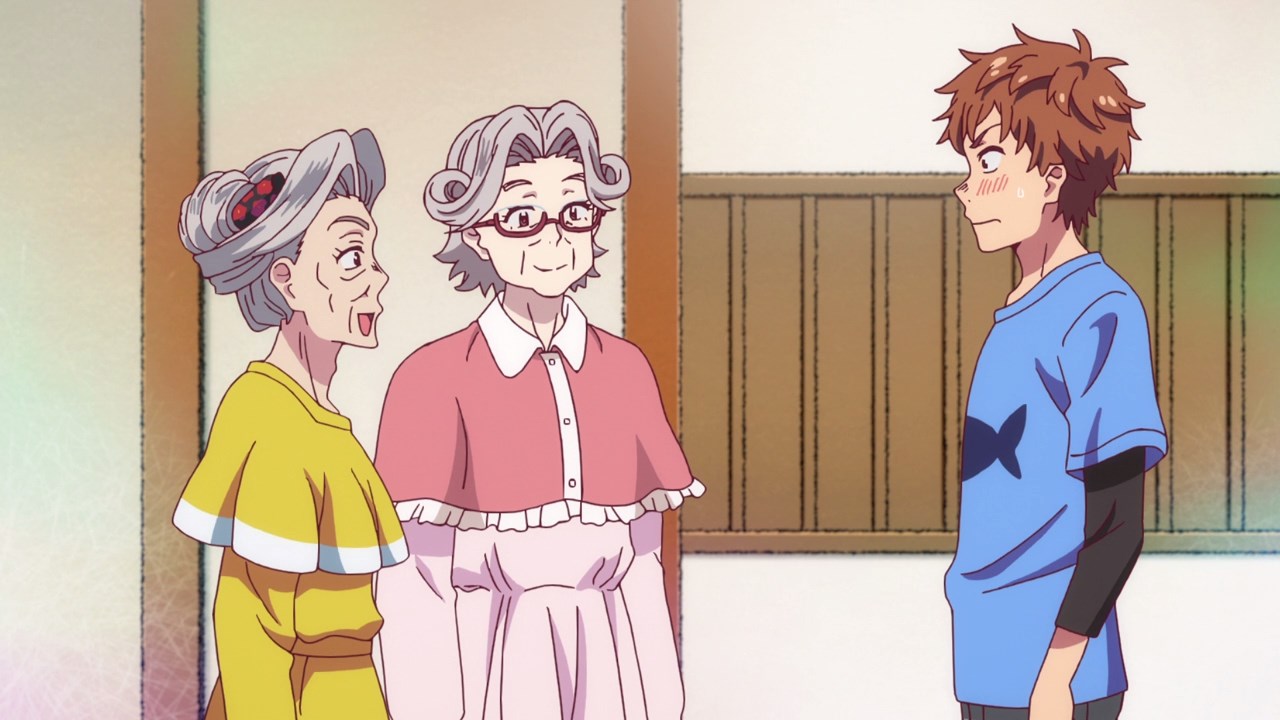 Wait a minute, Ichinose? Don’t tell me that Sayuri’s granddaughter is here too? 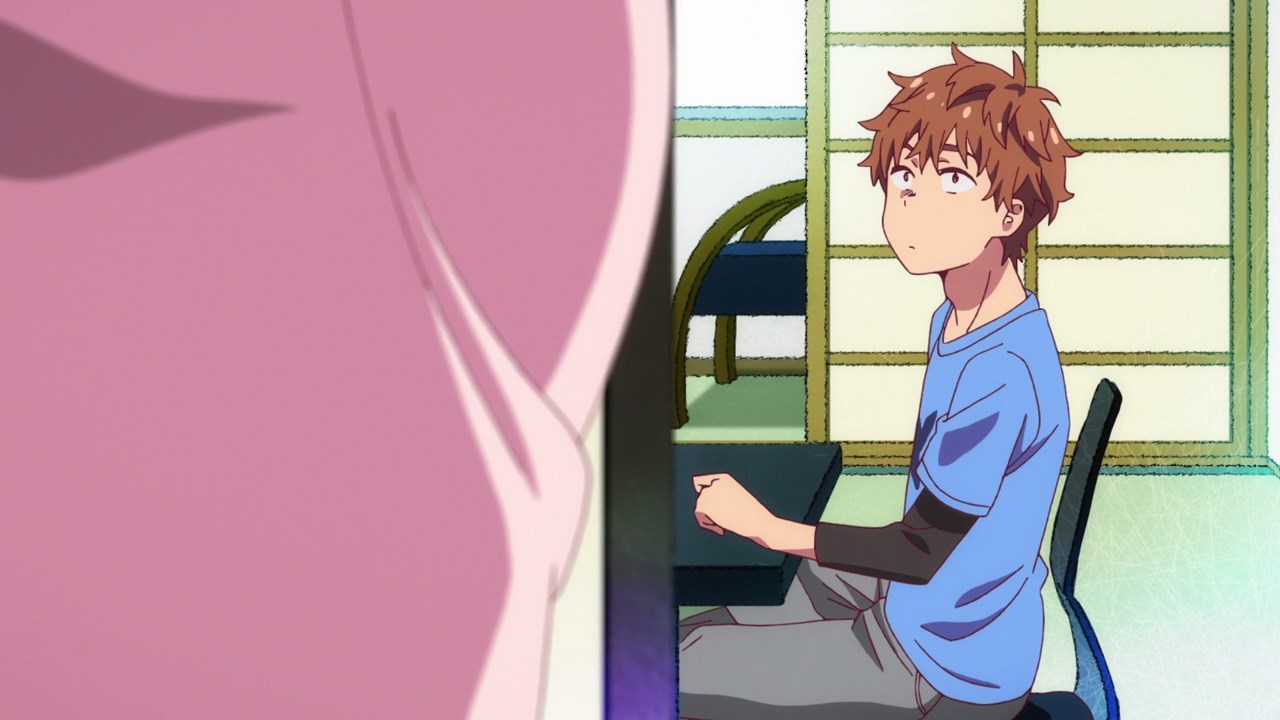 Well then, let’s find out as Kazuya Kinoshita is greeted by a familiar face… 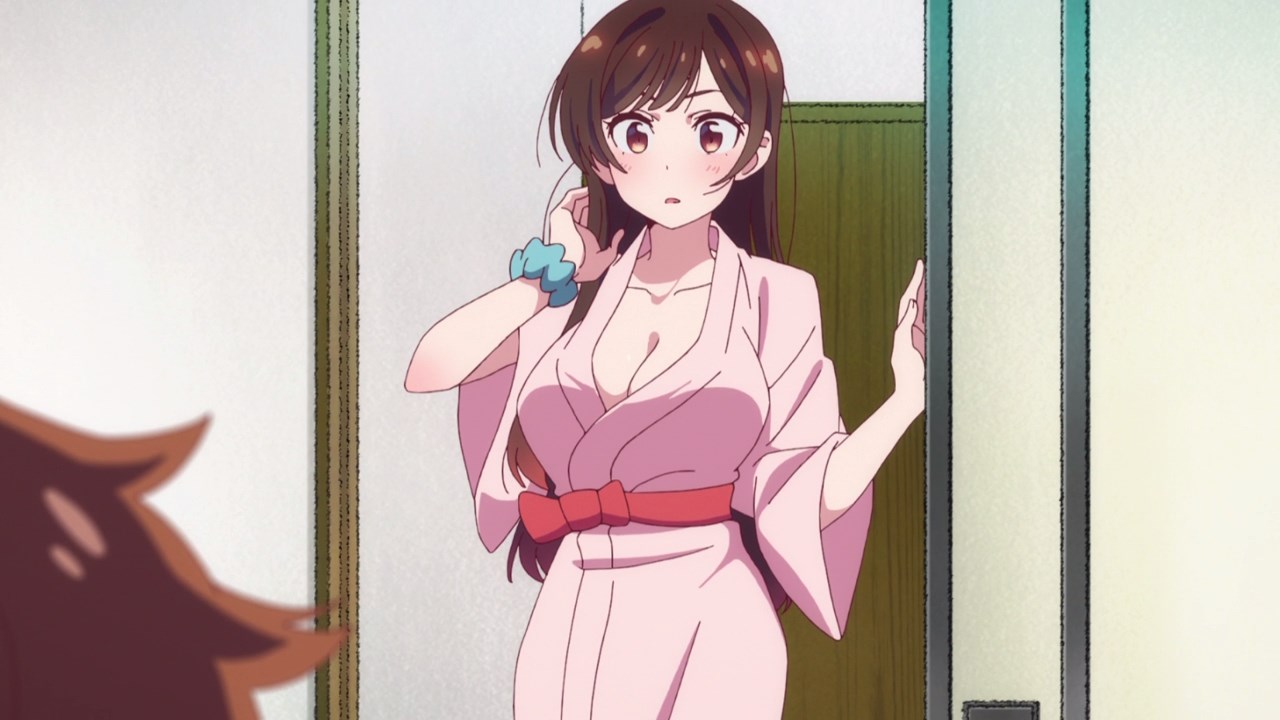 …which turned out to be Chizuru Mizuhara, the rental girlfriend that’s either the bane or the boon to Kazuya’s horniness.

Of course, she goes by the name of Chizuru Ichinose because y’know, her family is currently staying at the inn. 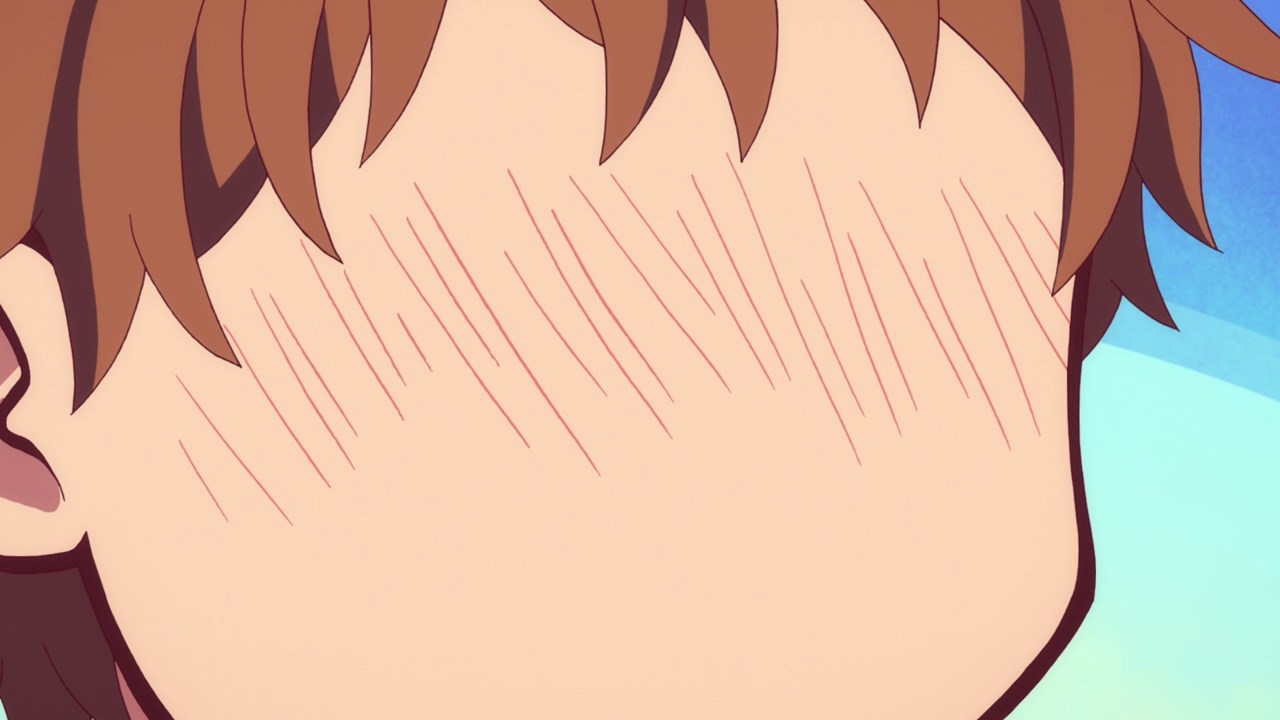 Anyways, looks like Kazuya Kinoshita is stuck between a rock and a hard place, but it would be better if he told the truth about his situation with his rental girlfriend instead of continuing the charade.

Then again, he might spoil the party if Kazuya tell the truth today as he doesn’t want his grandmother feeling disappointed. I mean, she’s recently discharged from the hospital.

Speaking of Nagomi-san, looks like she’s having fun with Chizuru where she’s fondling her large tits. Dammit, I wish Kazuya would fondle them, but he’s a pathetic loser who got stood up by his ex-girlfriend! 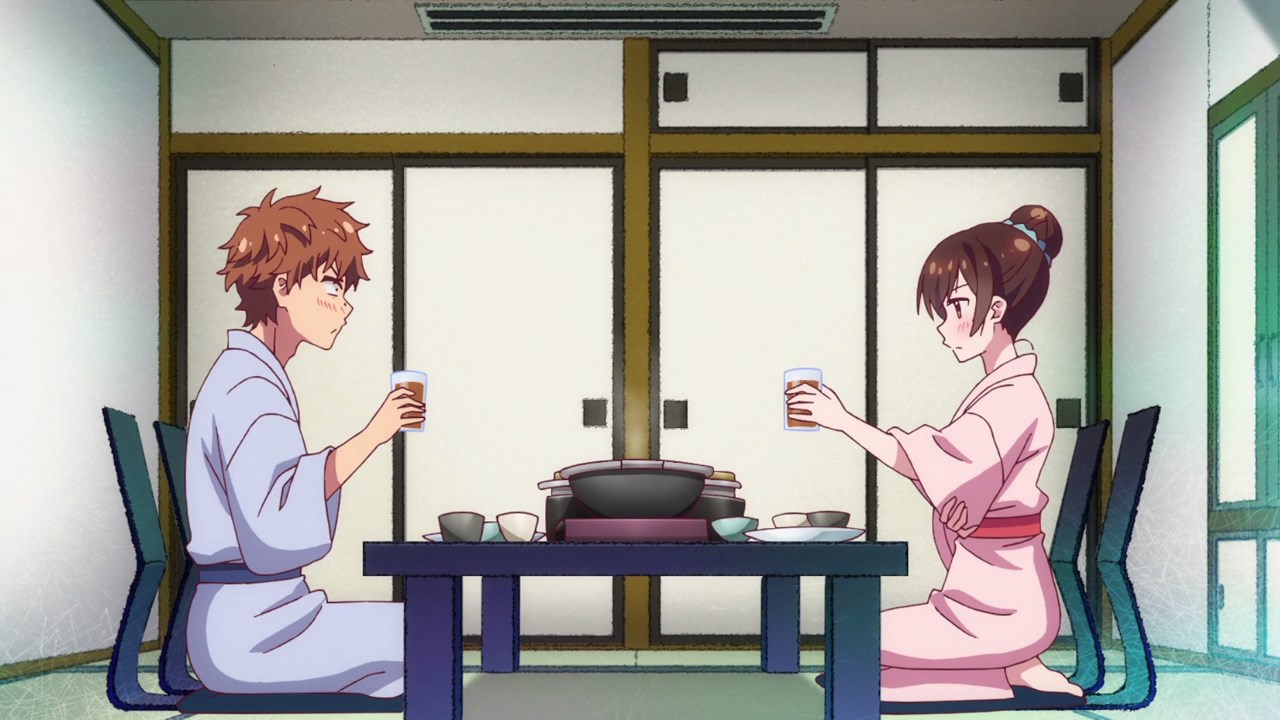 Well then, looks like Kazuya and Chizuru will have a great time at the inn, but don’t expect them to do the deed on the next episode ’cause Kinoshita might botch it!