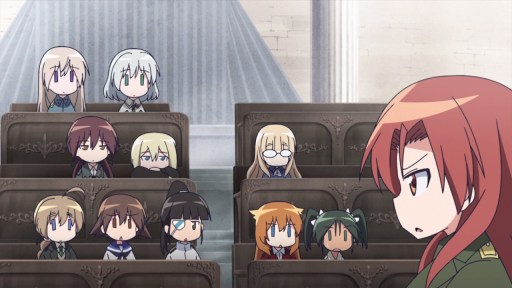 This post is brought you by the 501st Joint Fighter Wing from Strike Witches as they’re not only gonna fight against the Neuroi, but also deal with daily chores and mishaps in this short anime series that aired in Spring 2019.

It’s been more than 10 years since Fumikane Shimada created the franchise and there will be more in the future such as Strike Witches: Road to Berlin and Luminous Witches. With that said, it’s time for me to finish Fall 2019 as I give my final thoughts on shows that aired during that cour.

So let’s start with My Hero Academia where the heroes managed to stop Shie Hassaikai from carrying out their ultimate plan of erasing the heroes’ Quirks with their drug that Kai Chisaki and his goons have developed. And here’s the thing though as Overhaul would have succeeded if it wasn’t for Eri using her Quirk to “heal” Izuku Midoriya while using One for All at 100%, as well as some good ol’ backstabbing by the likes of Himeko Toga and Twice. In the end, the League of Villains got the last laugh as they got the Quirk-erasing drug and the Quirk-restoring serum, making Tomura Shigaraki and his fellow villains far more dangerous than before.

Still, I’m astonished on what Deku and his fellow heroes accomplished by defeating a major villain group, although they suffered countless injuries with Mirio “Lemillion” Togata permanently losing his Quirk while protecting Eri. But, the most shocking thing that happened after defeating Shie Hassaikai is Sir Nighteye succumbed to his injuries which not only affected All Might but also Lemillion, Bubble Girl, and even Deku. I would say that Sir Nighteye’s death is the turning point of this series in which heroes might die in the line of duty.

Anyways, I’m really blown away by the Shie Hassaikai Arc as I considered to be the best one in My Hero Academia so far. Everything is on the line for both sides and while the heroes remained victorious, it’s not like they steamroll their way to stop a bunch of yakuza thugs as they’re not invincible and they have their own emotional doubts to conquer during the mission. With that said, I can’t wait for the next story arc for My Hero Academia Season 4. 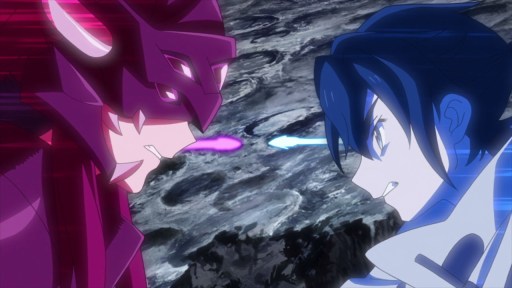 Moving onto Gundam Build Divers Re:Rise where we’ve reached the first half that’s filled with bombshell-levels of reveals. For one, May is revealed to be an El-Diver, meaning that she’s related to Sarah. Also, the story mission that the new Build Divers committed doesn’t takes place in established settings offered by Gunpla Battle Nexus, but rather it takes place in a separate world called Eldora where its inhabitants are being threatened by an entity called Alus, something that the administration doesn’t recognize it at all. In other words, this sequel went into the isekai route on top of playing a virtual MMORPG.

Now let’s talk about this mysterious entity known as Alus where I have no idea if they’re related to the Break Decals, or why they want to destroy Eldora and its inhabitants in the first place. Heck, I don’t know how one Diver named Masaki Shido (or Shid) got stuck in Gunpla Battle Nexus as part of Alus’ army, despite being in a coma in real-life. Oh and to further complicate matters, the actions caused by the Alus has disrupted communication in real-life. One last thing, about Eve’s fate? Turns out that she was deleted in GBN where Hiroto couldn’t save her. Of course, I wouldn’t believe that because I feel that Eve is still alive somewhere.

Well then, I must say that Gundam Build Divers Re:Rise just went darker because it’s no longer treated a game, but rather an adventure to save both reality and a parallel world from a malicious entity. While the first half ended on a depressing note, it’s not like the battle is over for the new Build Divers as they’ll rise again to save Eldora.

And finally, we’re gonna end this post with Kandagawa Jet Girls where after so many trials and tribulations, plus some fanservice along the way, Rin Namiki and Misa Aoi have finally won the Kandagawa Cup which is the premier jet racing tournament. Oh and their secret of winning the race is be themselves and have fun instead of chasing their respective idols. And sure that Rin wants to be a good jetter like her deceased mother Ran-san, I’m surprised that Misa has some inferiority complex as she’s compared a lot with her talented older sister Risa. But it’s all in the past now as they finally got the prize after struggling during the course of this series.

Now for my final thoughts on Kandagawa Jet Girls as the fanservice is decent where it’s not outrageous enough to trigger social justice warriors. Aside from fanservice, I have to say that there are some characters that I found it interesting like Fuuka Tamaki where she’s a hothead during a jet race and being a nuisance to Inori Misuda, the idol team Hell’s Kitchen where the Pan twins were inspired by Rin’s mother to take up jet racing, and Kaguya Shinjuuin who wants to make a name of herself through hardwork rather than inheriting her family fortune, although Kaguya is still strict towards Kuromaru Manpuku for her eating habits.

Of course, most of them will see it as another trashy anime series full of tits and asses, but at least Kandagawa Jet Girls is better than Valkyrie Drive in terms of presenting a decent story.

Speaking of Kandagawa Jet Girls, I’m going to end this post with a screenshot of the OVA episode. After being bitter rivals during the final race of the Kandagawa Cup, it’s nice to see girls having fun for a while!

Anyways, see you next time as I’ll tackle some shows being aired in Winter 2019.