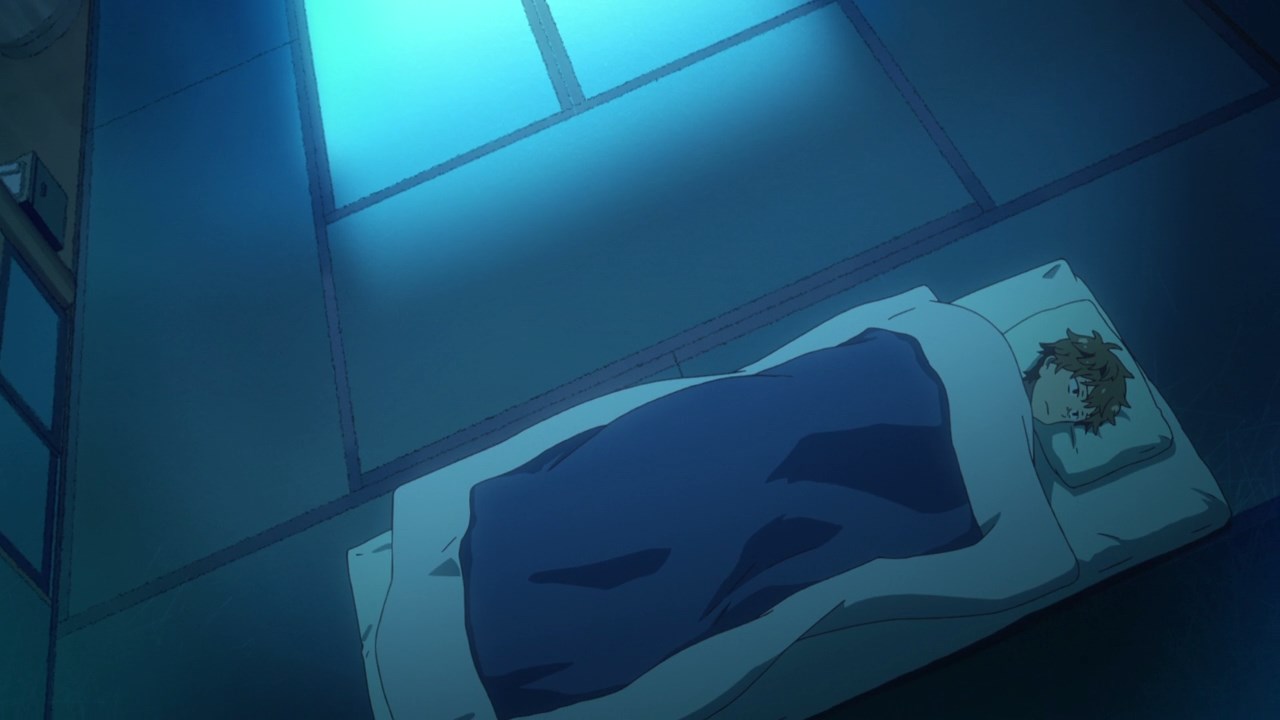 What an awkward night at the inn where Kazuya Kinoshita can’t do anything towards Chizuru Mizuhara as she can kick his ass. 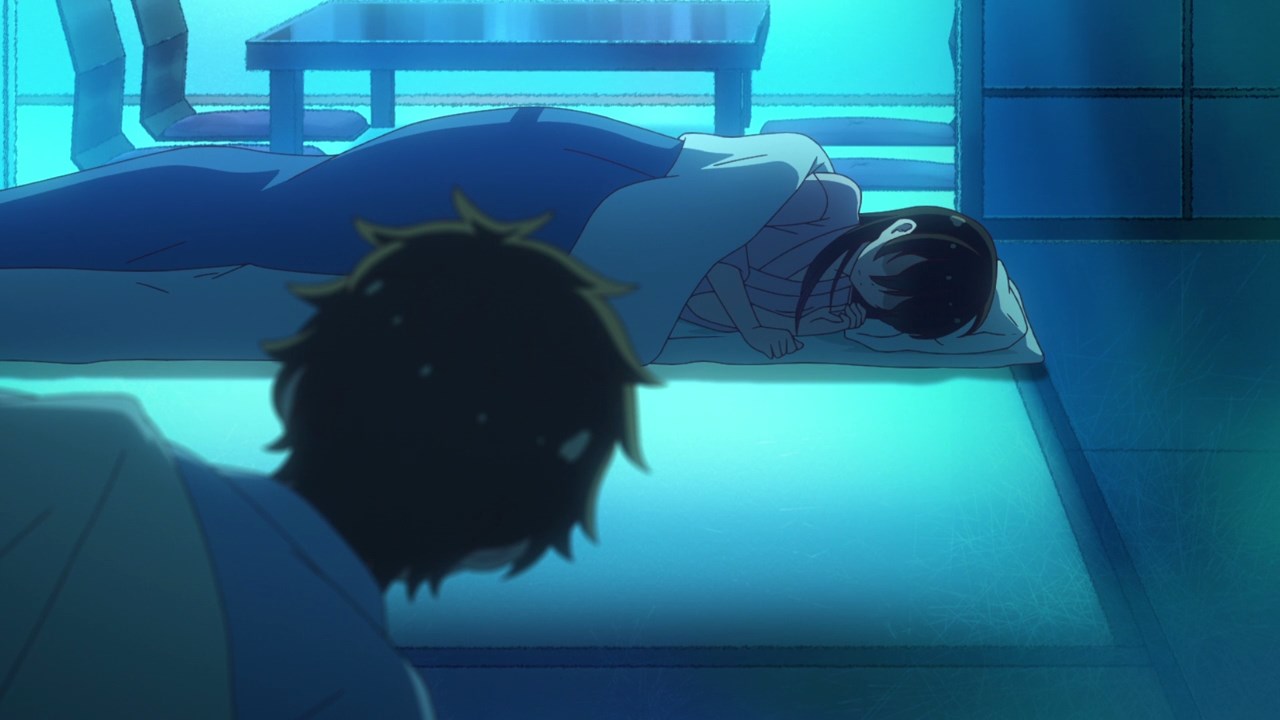 Of course, Chizuru is currently sleeping right now, but it’s a bad idea for Kazuya to rape his rental girlfriend!

For now, Kinoshita gonna spend his restless night as he watch over Mizuhara. 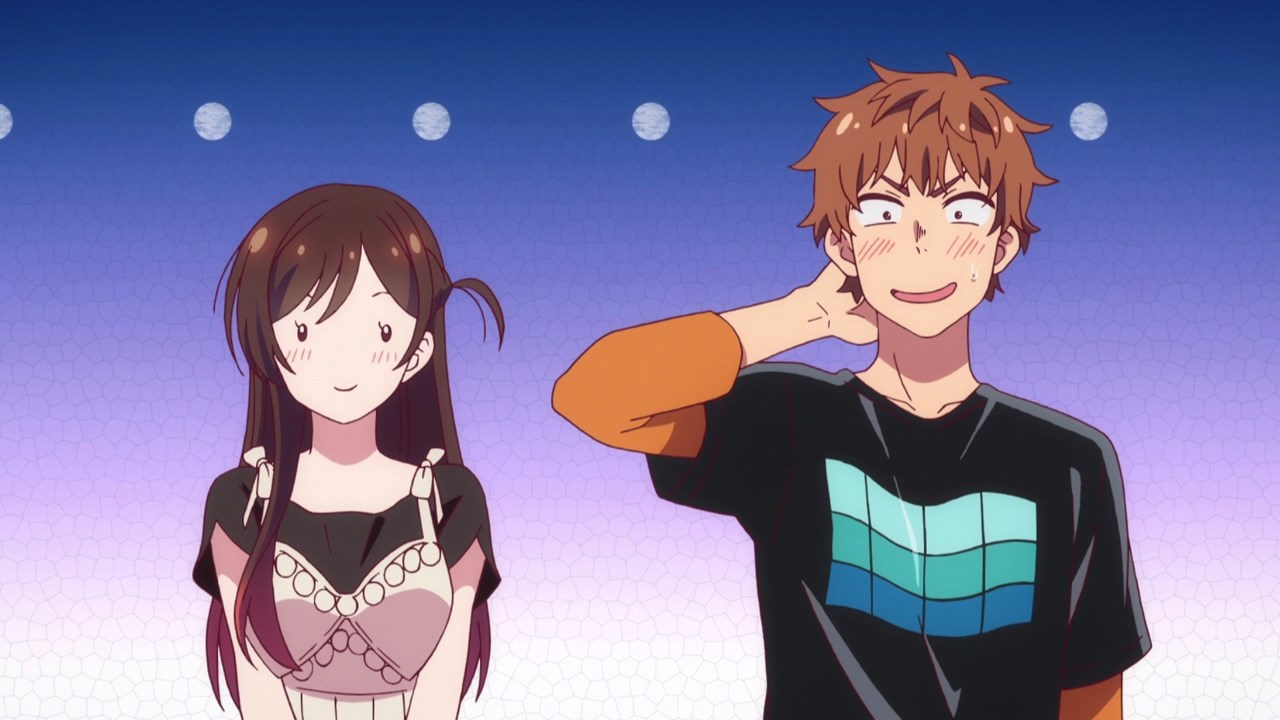 After a night at the inn, they told everybody that they’re dating again. Really now, are they gonna continue this charade?

You know something, I feel bad for Kazuya’s wallet because he might ran out of money to pay Chizuru. 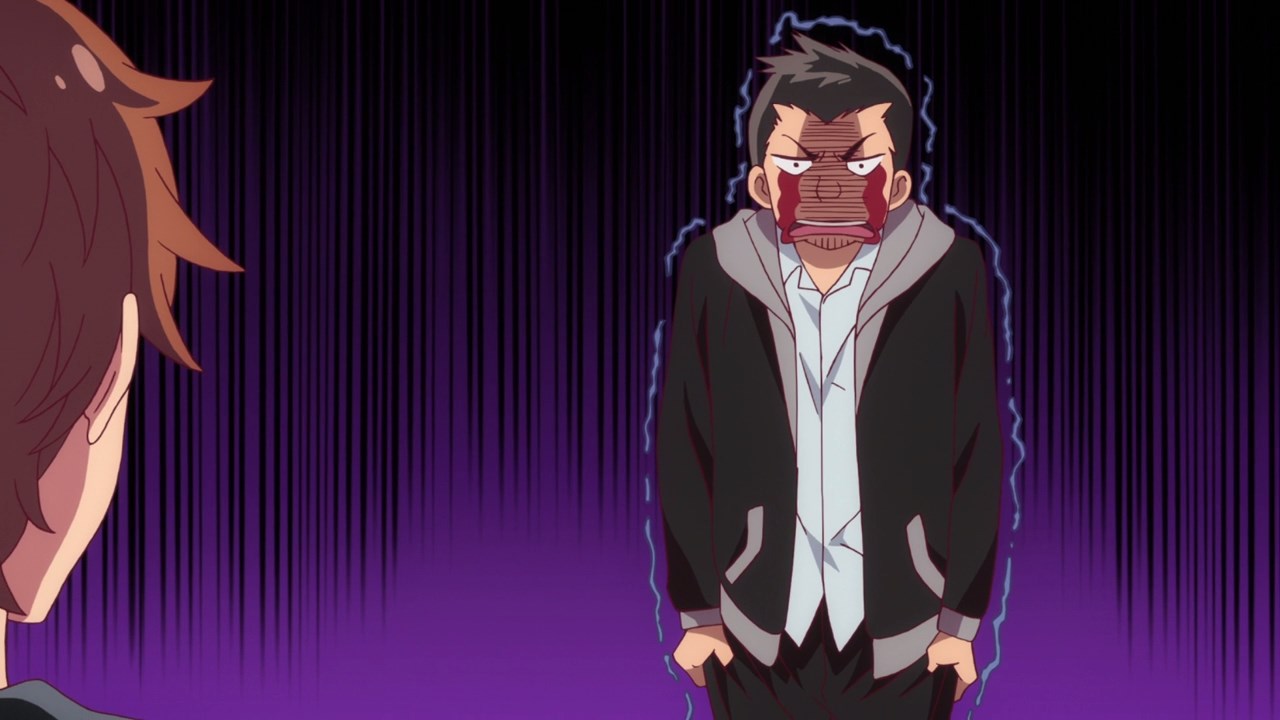 And sure that everyone is happy that they’re back together, a certain Yoshiaki Kibe is cursing Kazuya for being an idiot.

Well then, let’s hope that they have the time to tell the entire truth but for now, Kinoshita and Mizuhara will continue their fake relationship. 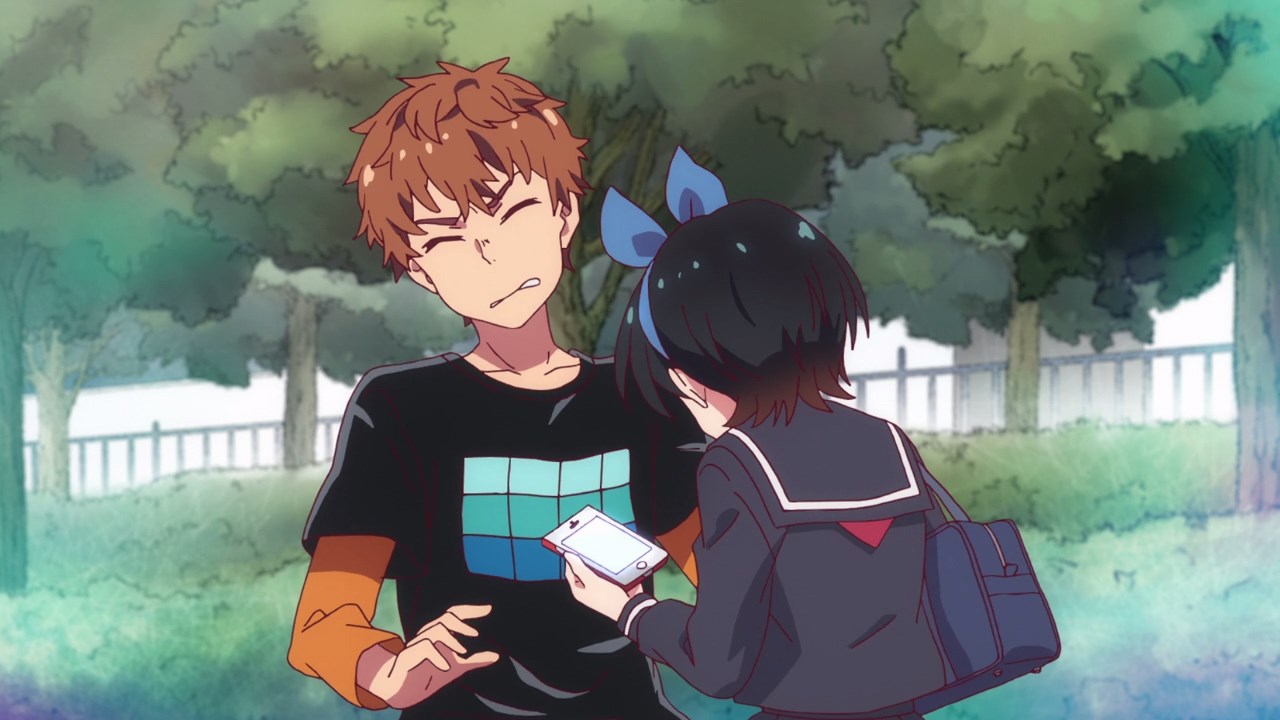 Now then, it looks like Kazuya accidentally bumped into a high school girl… 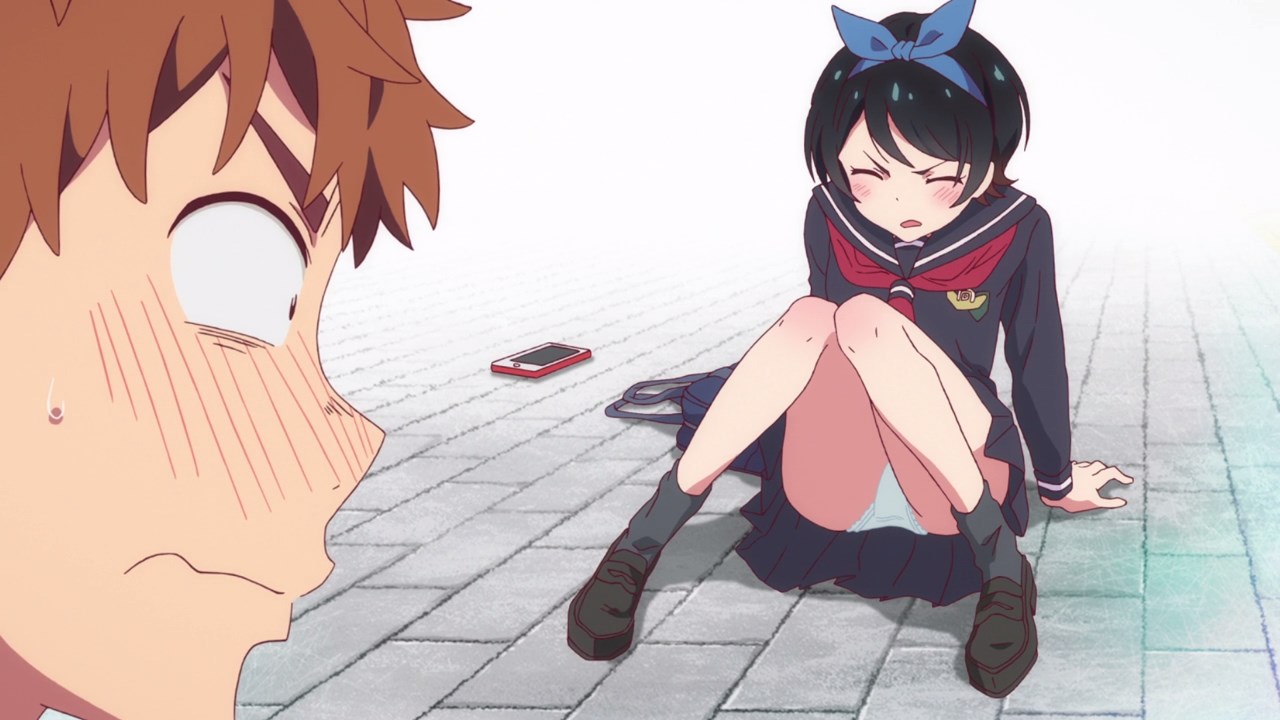 …and it appears that Kinoshita saw the girl’s panties. Oh please Kazuya, don’t hit on high school girls or you’ll be sent behind bars! 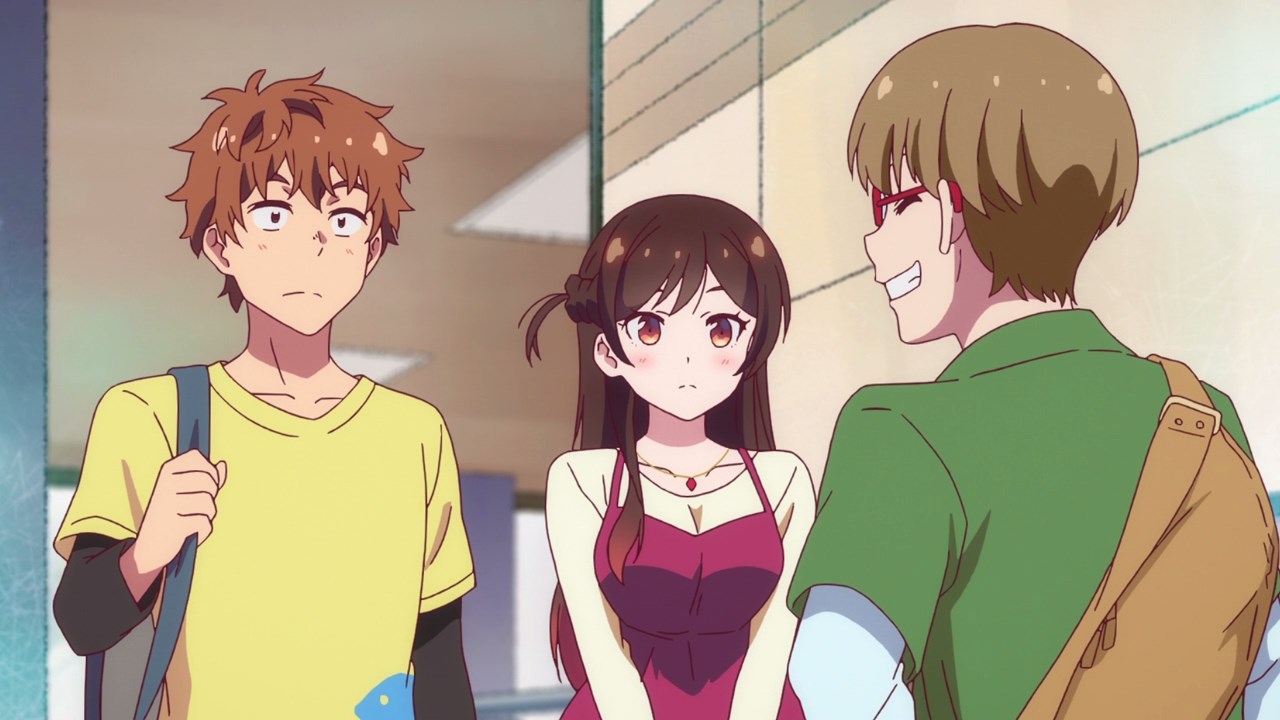 Anyways, let’s move onto the next scene where Shun Kuribayashi invite both Chizuru Mizuhara and Kazuya Kinoshita for a double date at an indoor climbing gym.

And the reason why a double date because Kuri got a new girlfriend. Oh really, I thought that he doesn’t have one ’cause Shun is not the popular guy in college. 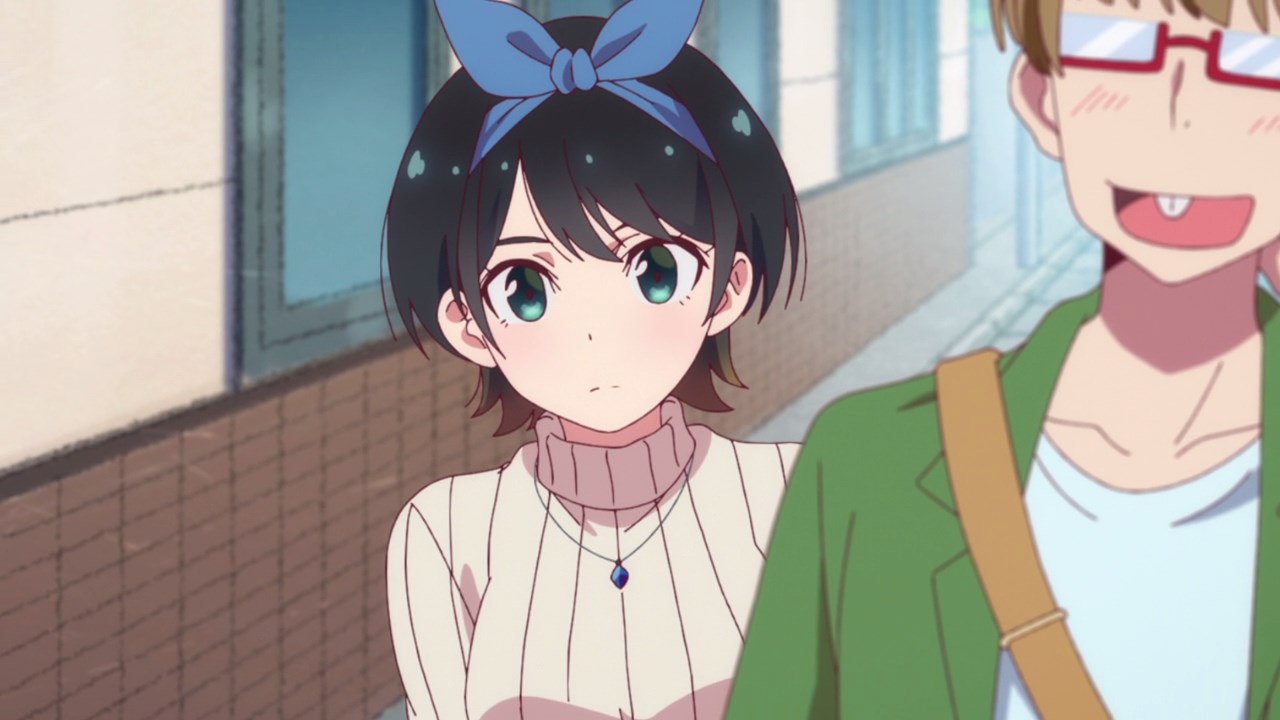 Wait a minute, Kazuya remembered this girl who accidentally showed her panties to him. Oh boy, I hope Ruka-chan won’t call him out! 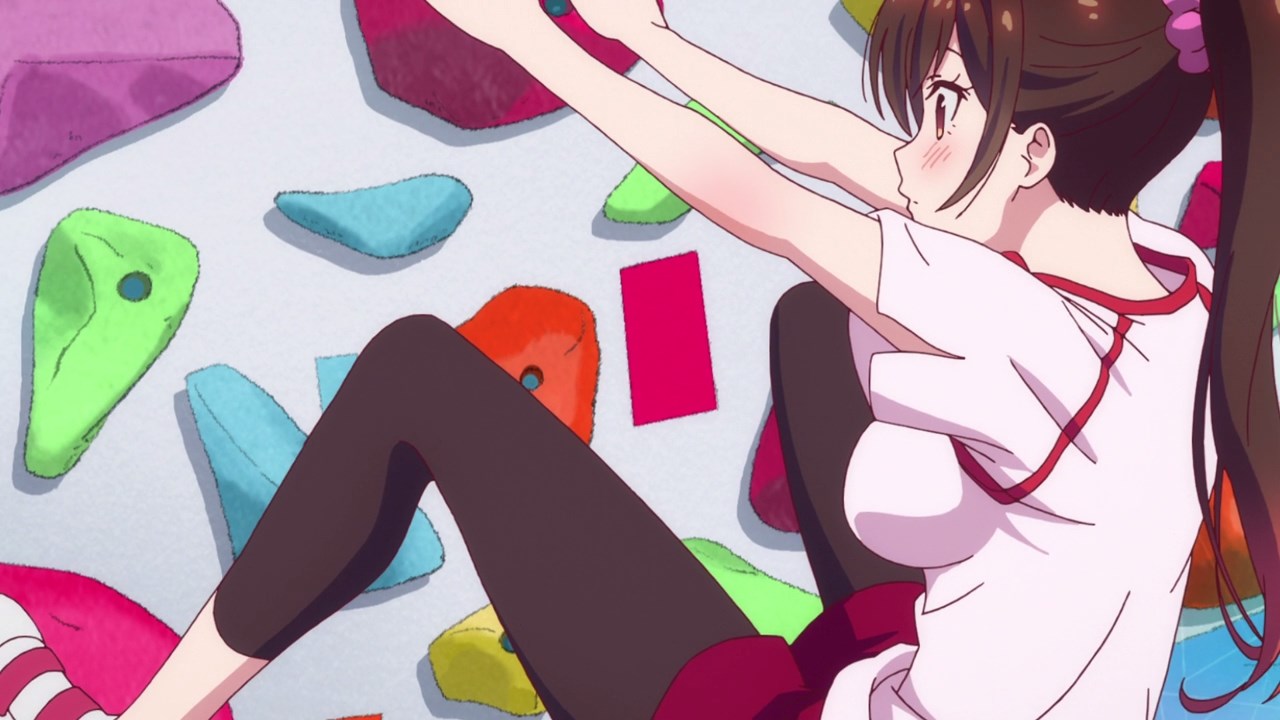 So let’s begin with their double date where Chizuru Mizuhara shows her stuff. For a rental girlfriend, Chizuru can do anything ranging from self-defense to rock climbing. 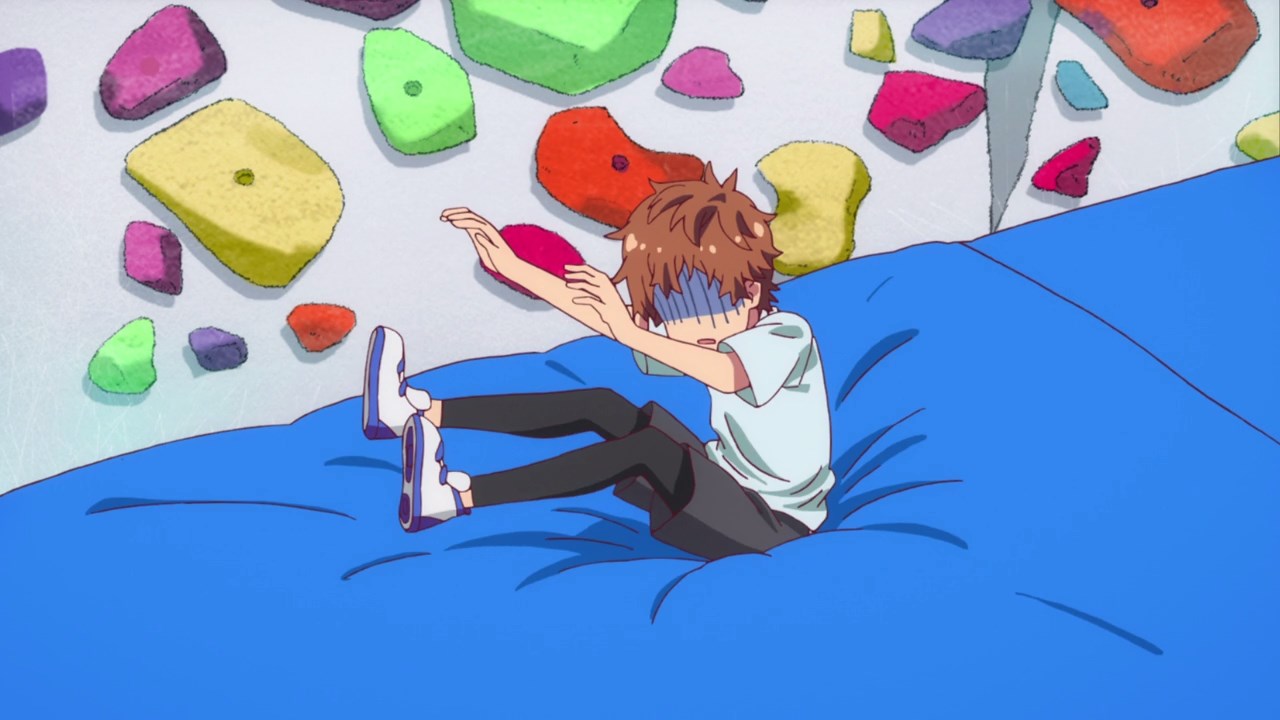 Meanwhile, Kazuya Kinoshita is being lame as hell where he fell down after losing his grip on the wall.

Fortunately, there’s a cushion to soften his fall but seriously, Kinoshita sucks at climbing in addition to maintaining a relationship. 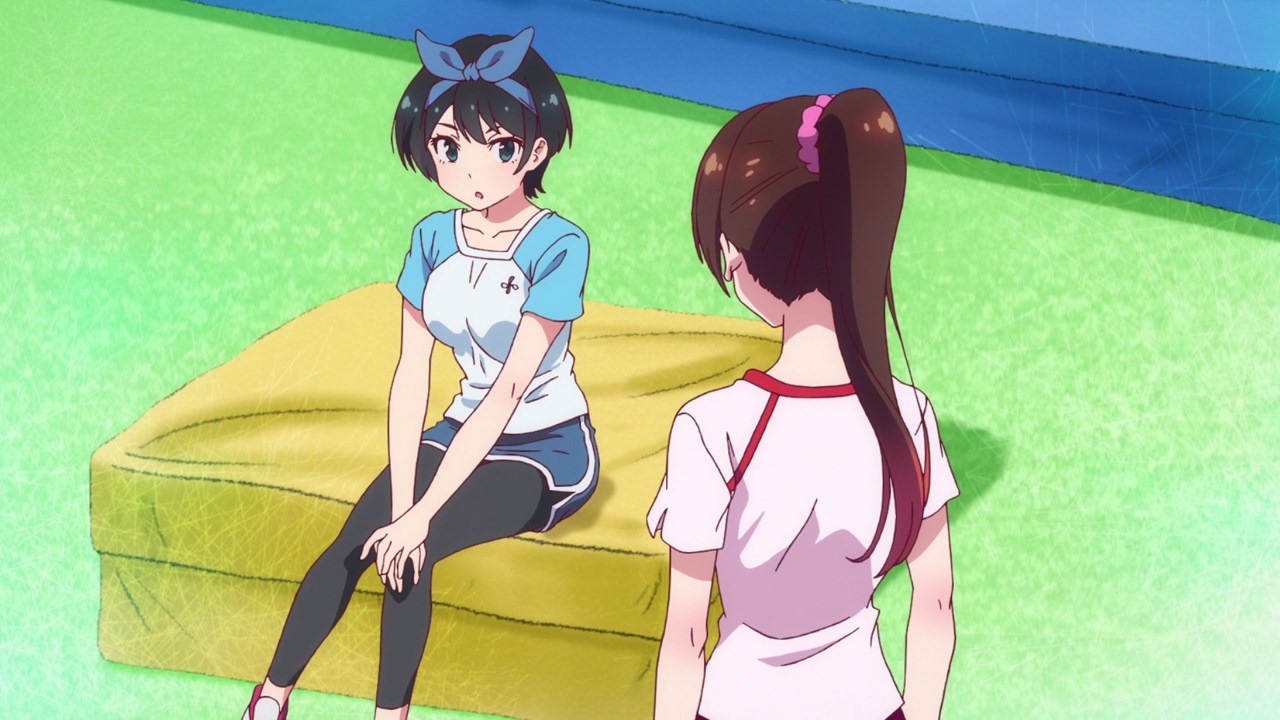 Now let’s focus on Ruka Sarashina where she’s very suspicious towards Chizuru Mizuhara as Ruka accused her as a rental girlfriend. 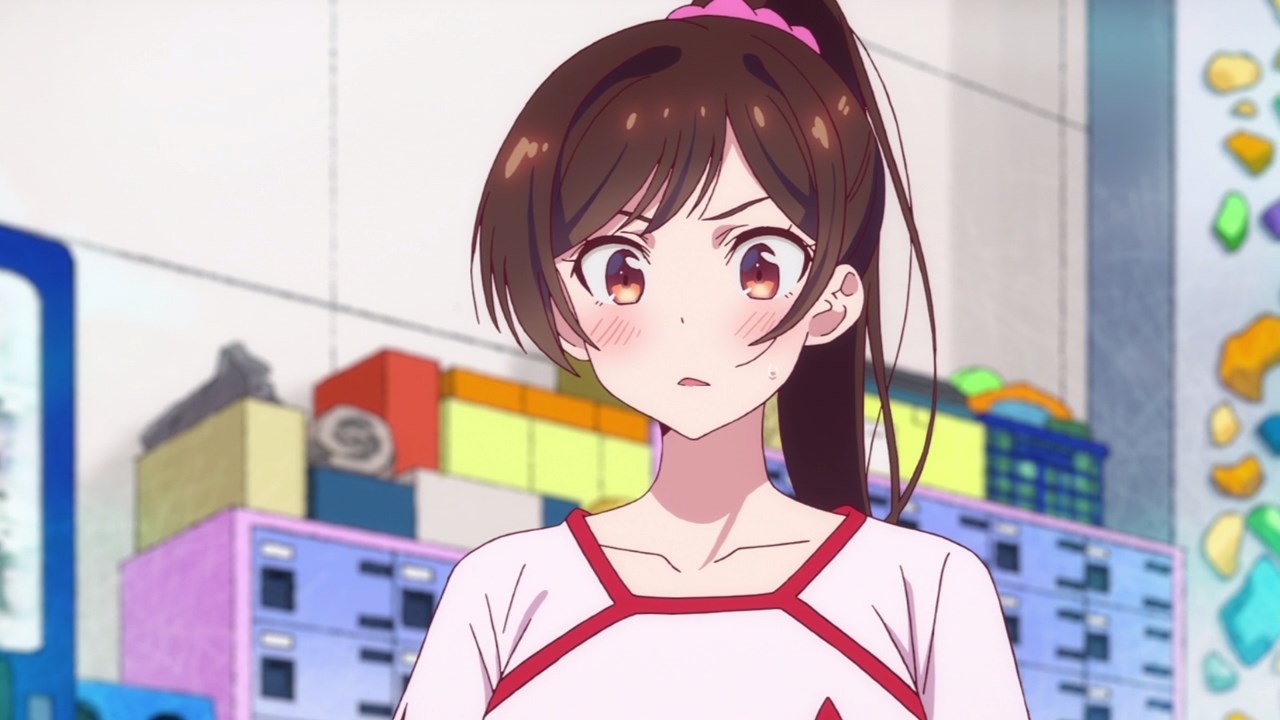 For Chizuru, it seems that she can’t reveal to everyone, including Kazuya’s friends, that she’s a rental girlfriend. Looks like she needs to do something quickly. 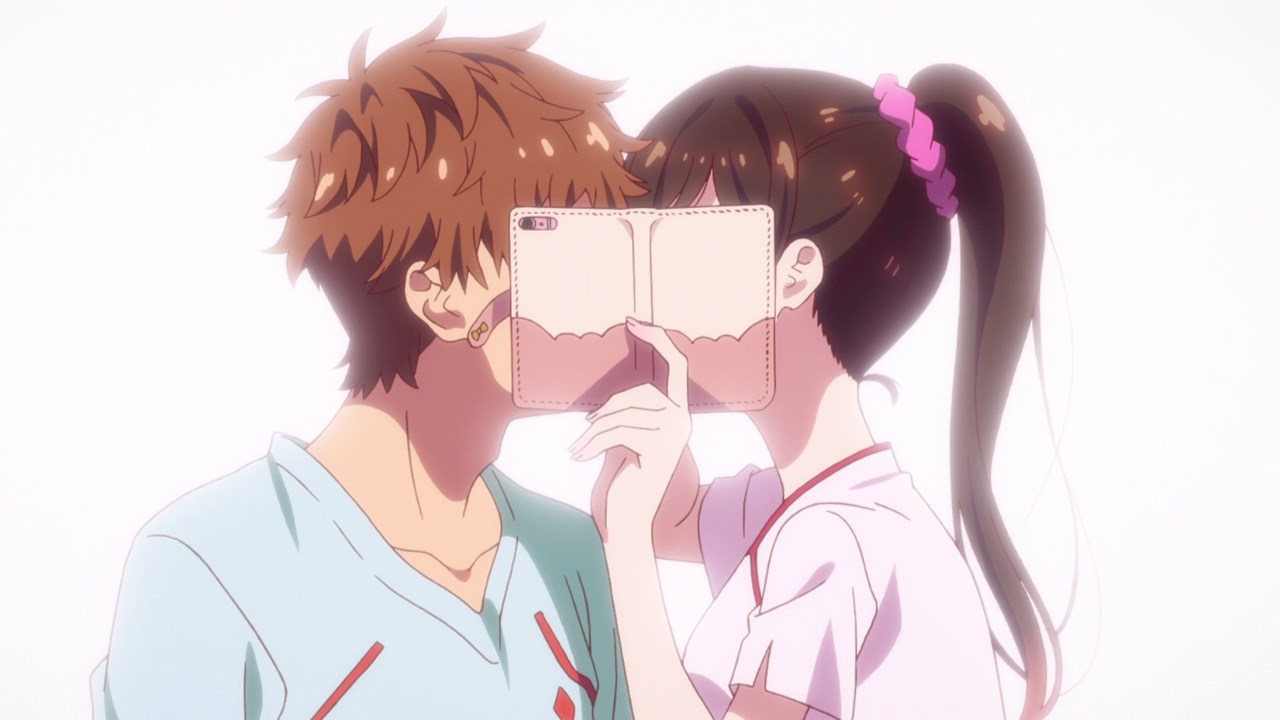 Oh wait, let’s pretend that she share a kiss with Kazuya Kinoshita, although why would Chizuru cover it with her purse? 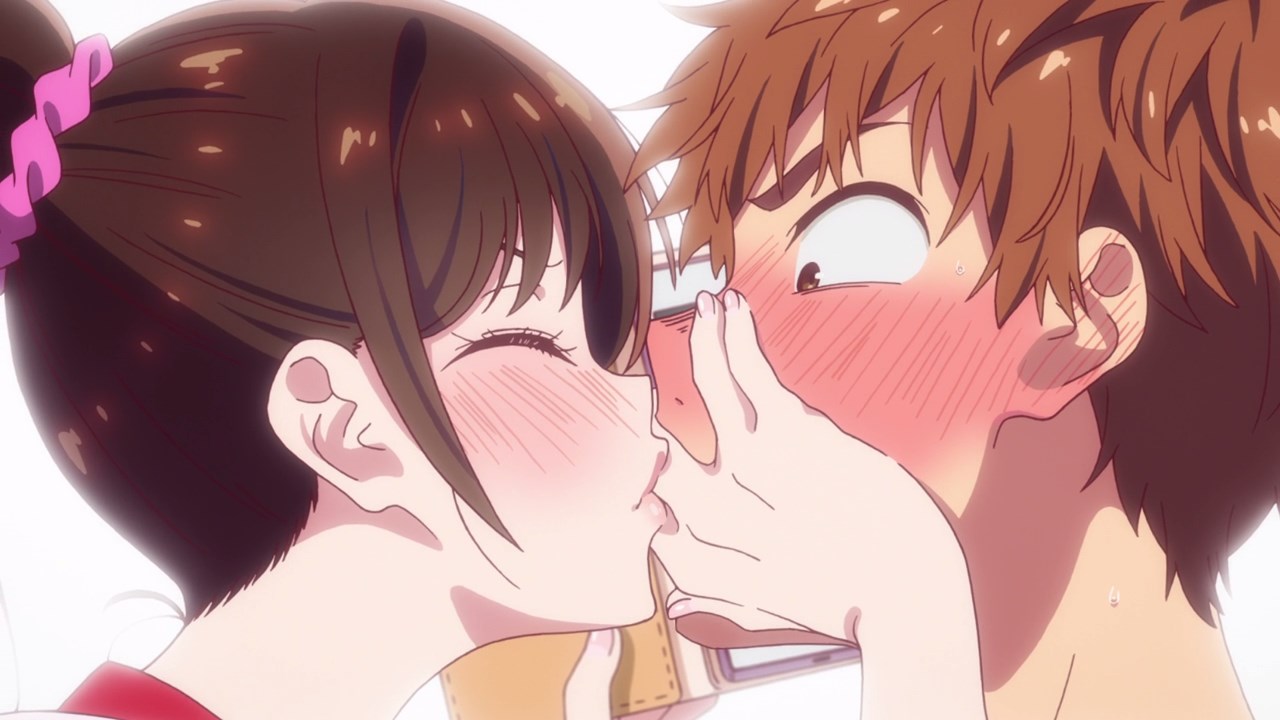 Oh, she just cover her mouth with her hand. You know something Mizuhara, you’ve already kissed Kinoshita back in the previous episode even though you claimed that it doesn’t really count since you’ve performed CPR on him. 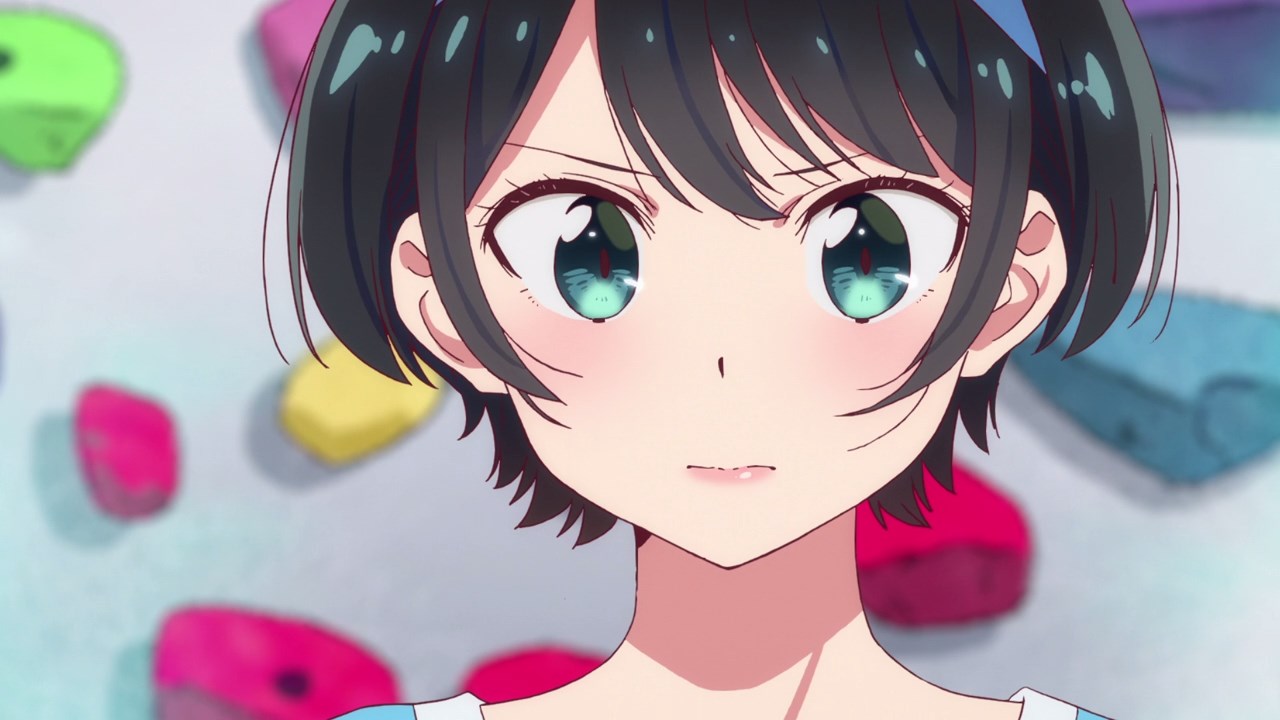 For Sarashina however, she’s not convinced that they’re genuine lovers because c’mon, who has the right idea to cover the deed with a purse?

Come to think of it, I wonder if Ruka did kiss Shun in the lips, assuming that she’s not a rental girlfriend? 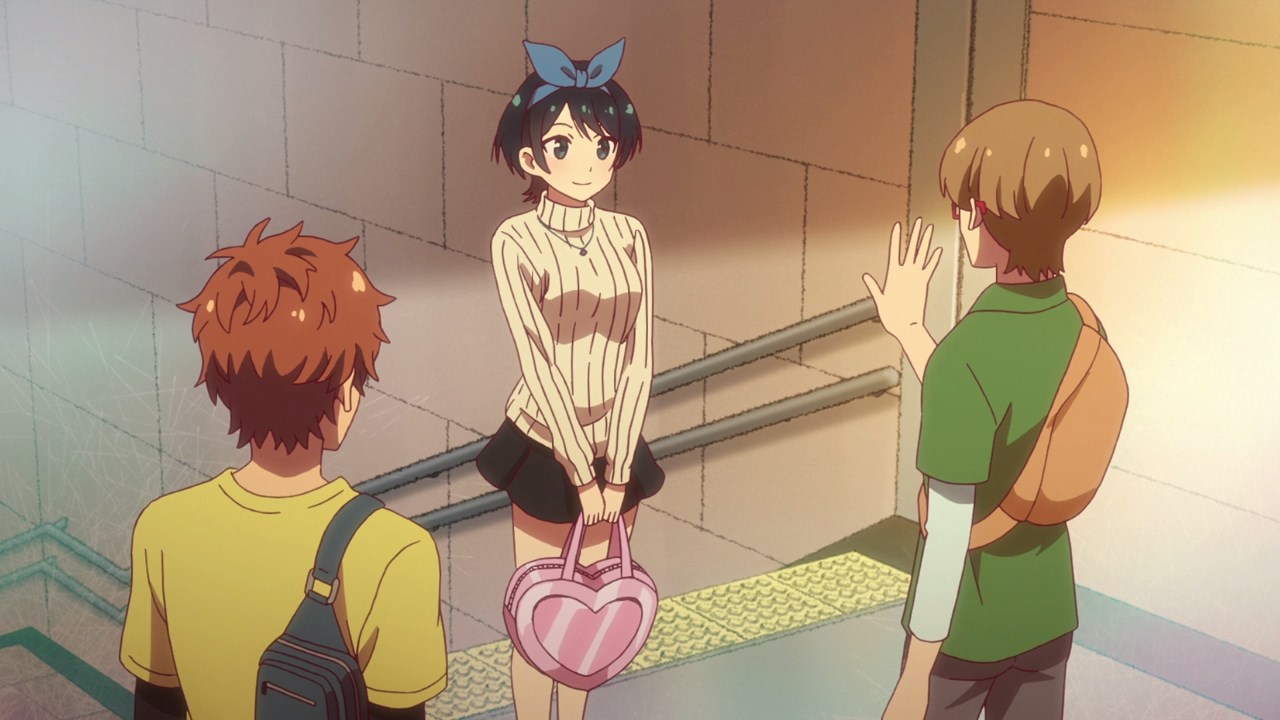 Anyways, looks like they had a fun time at the indoor climbing gym as everyone went their separate ways.

Then again, Kazuya is worried that Ruka might spill the beans about his fake relationship with Chizuru. 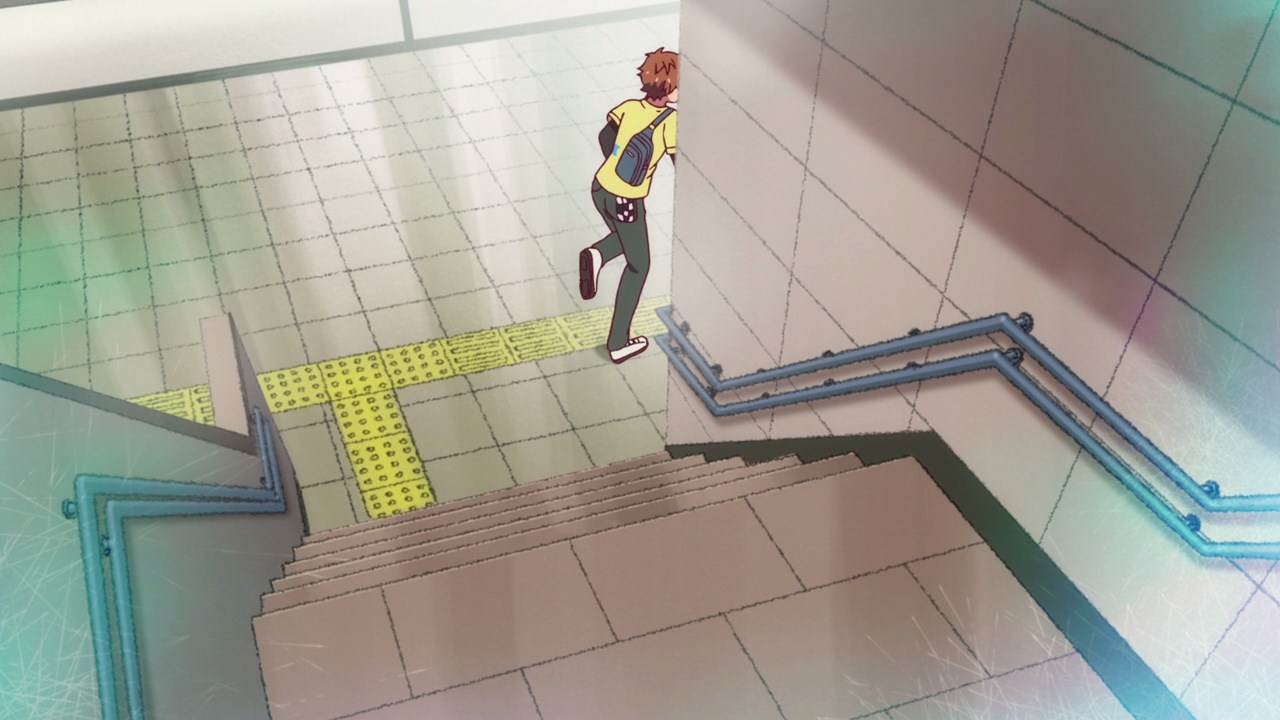 So, the only way to stop Sarashina is to chase her, although I have a feeling that Kinoshita might fell into a trap. 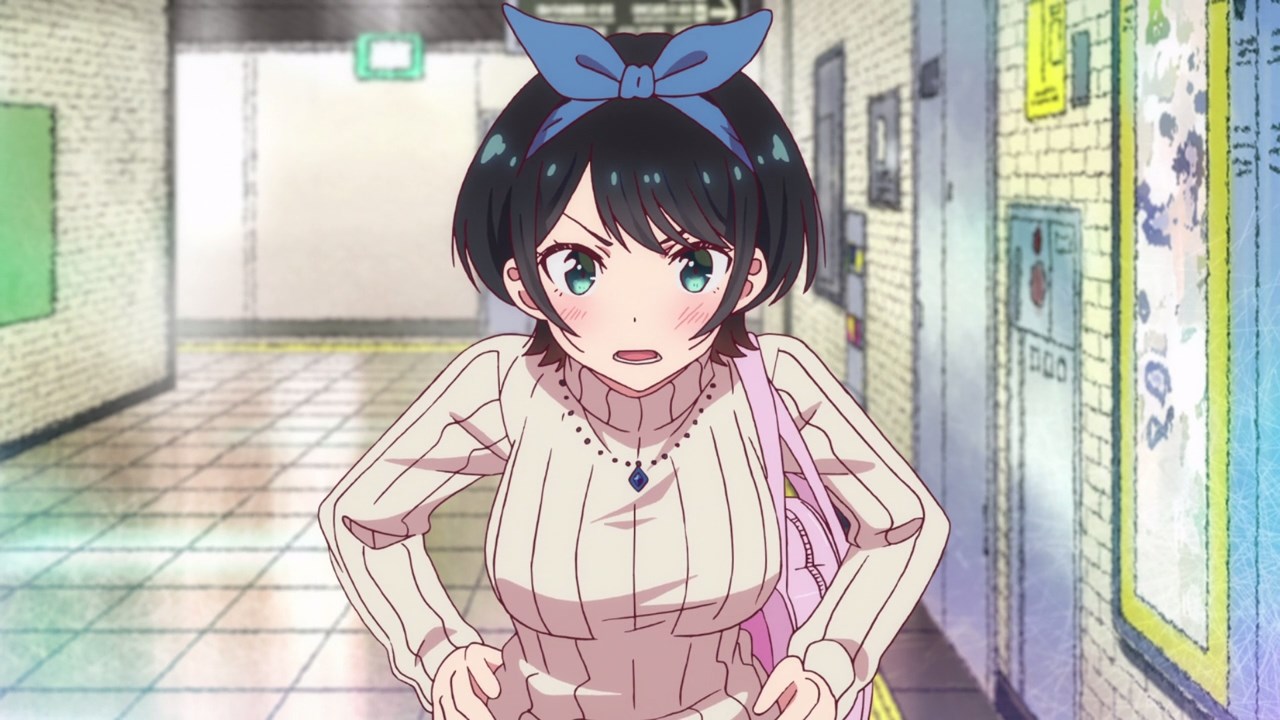 And it turns out that Kazuya fell right into Ruka’s trap as she calls him out for renting a girlfriend like Chizuru.

Man, he shouldn’t have chase Sarashina but seriously, is she a freakin’ rental girlfriend and why a high-schooler like her decides to take that job? 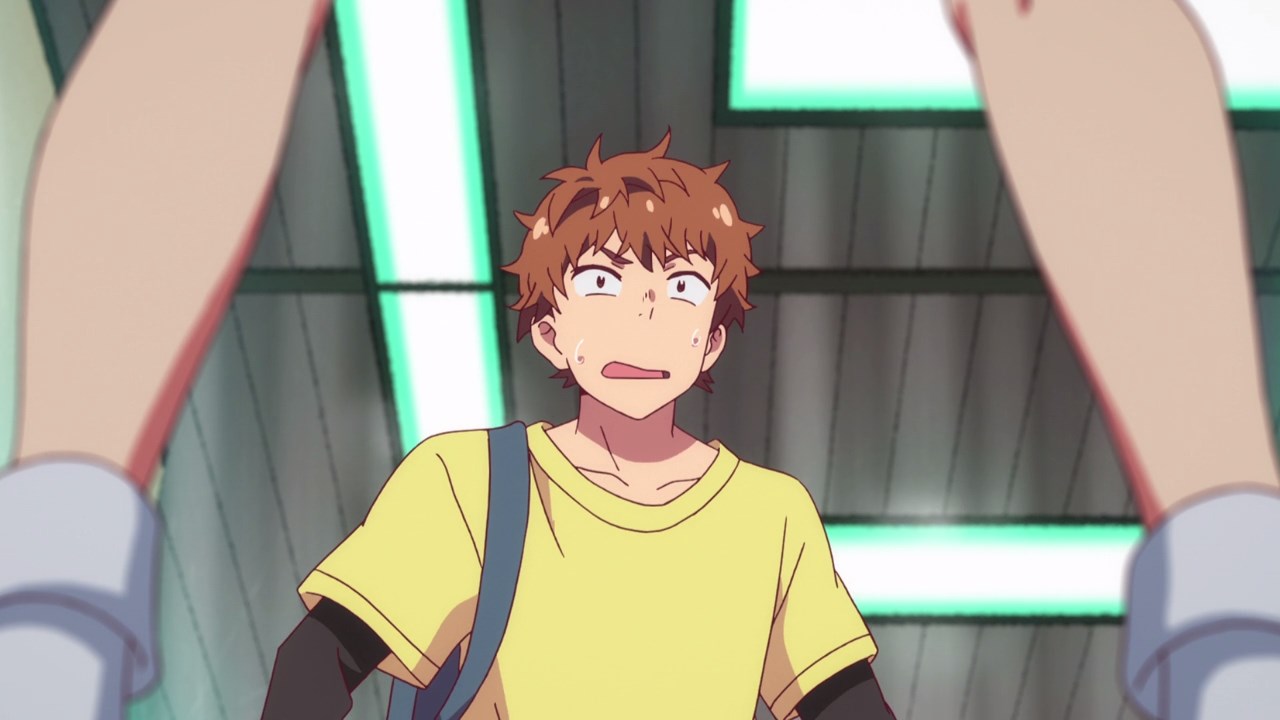 Regardless, it appears that Kinoshita is in big trouble and honestly, I think he should tell the truth sooner.

Anyways, when will his ass be saved? I guess we’ll find out next time!