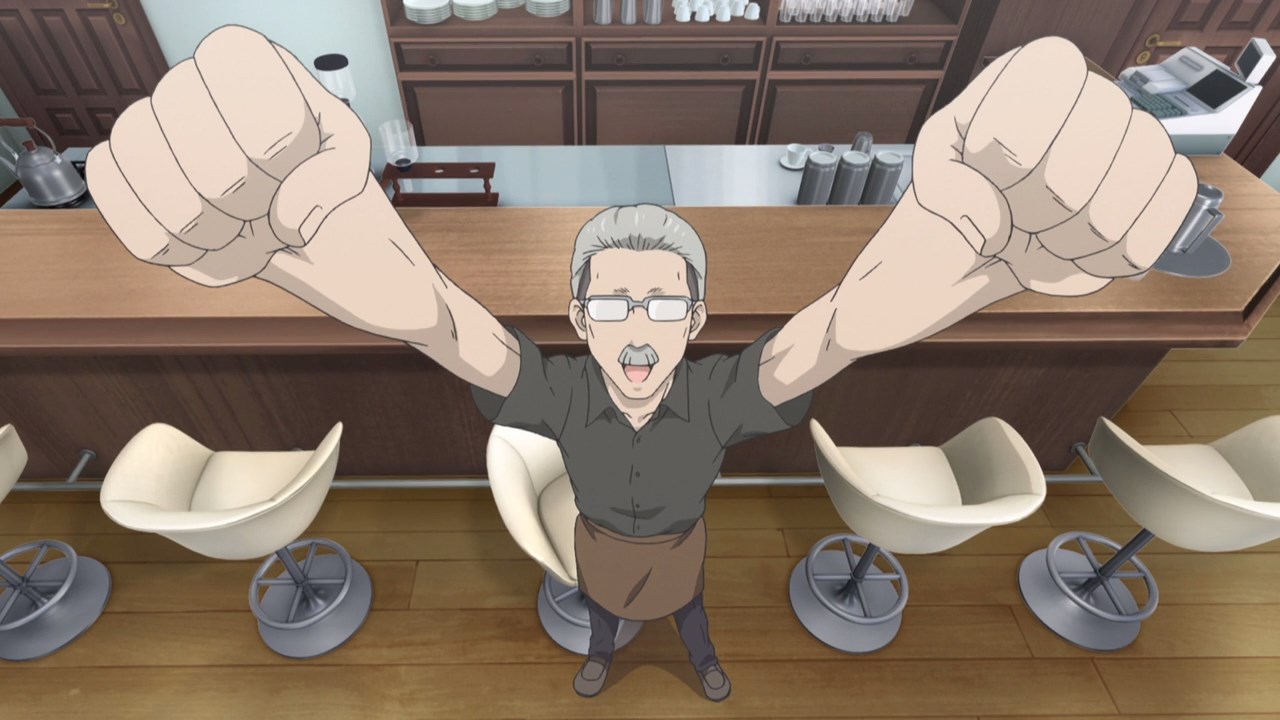 Let’s start with Akihiko Asai where he announced that he has a new part-time employee at his cafe. Who could that person be? 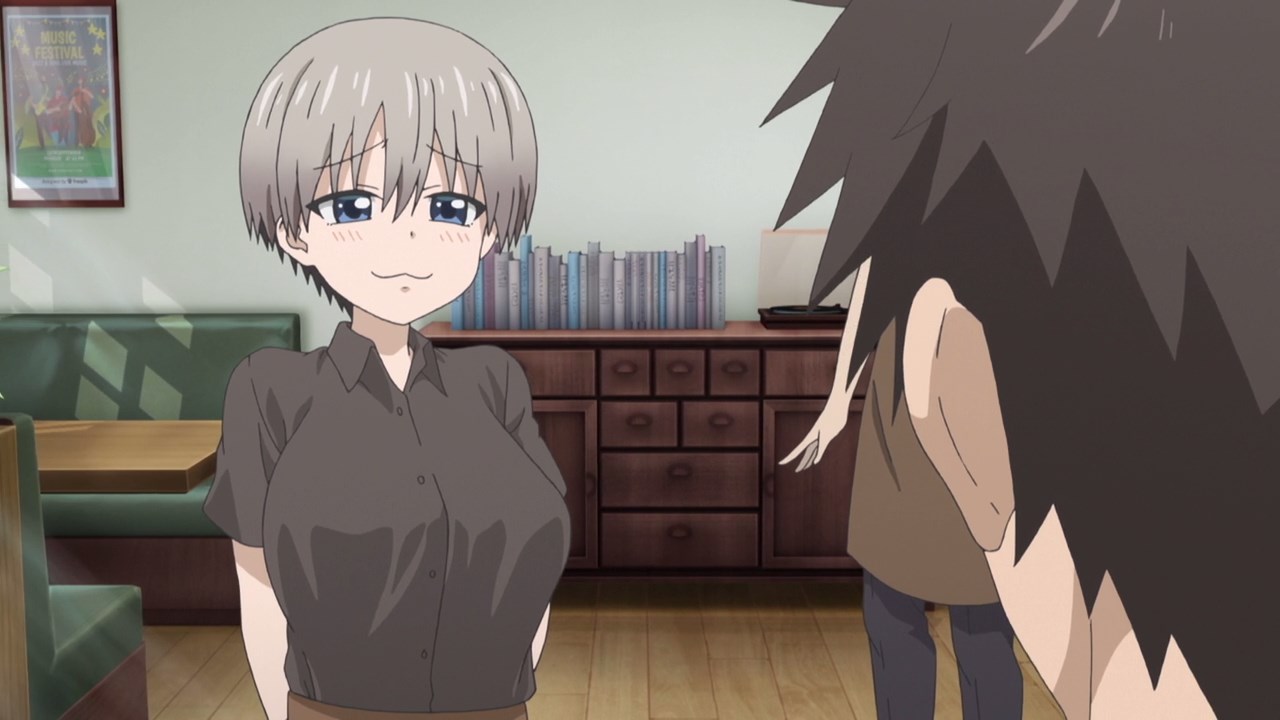 Why it’s none other than Hana Uzaki where Shinichi Sakurai is not happy to see her as his co-worker. Oh c’mon Sakurai, you need someone to spice up your life on the job! 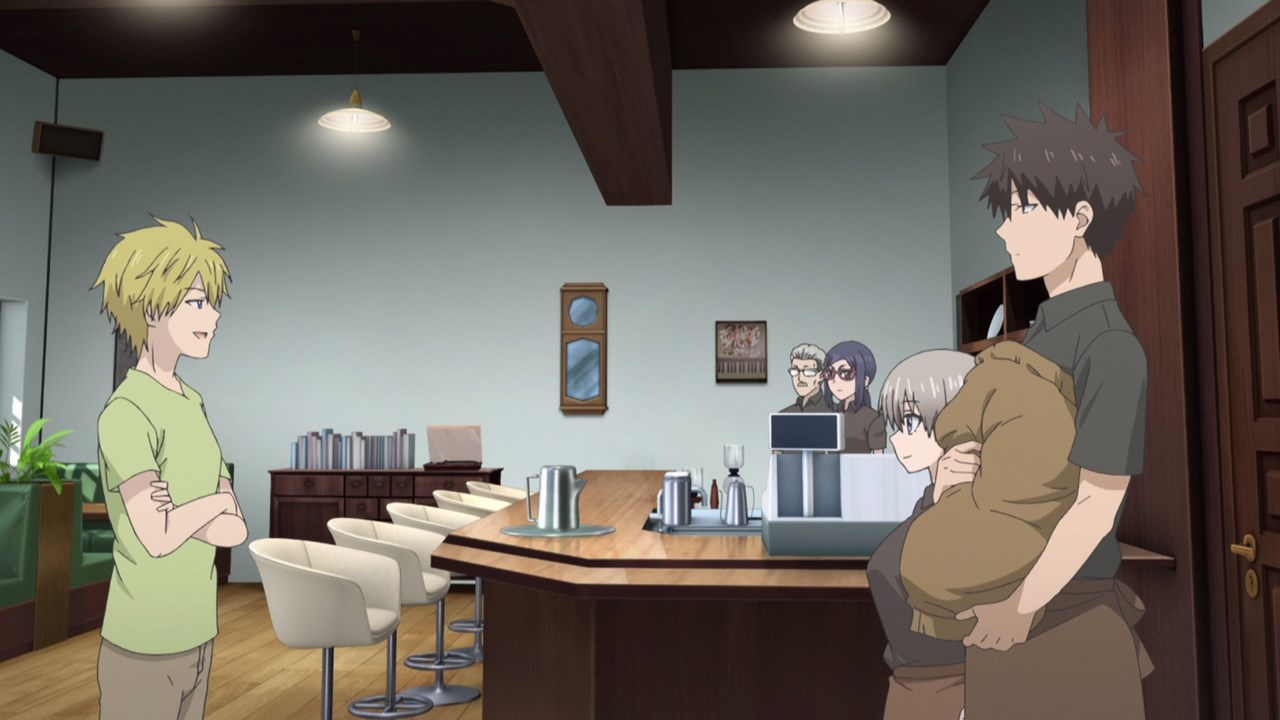 By the way, Itsuhito Sakaki wants to invite everyone for a trip at the beach. And don’t worry though, Sakaki will take care of the transportation and lodging so it’s all good! 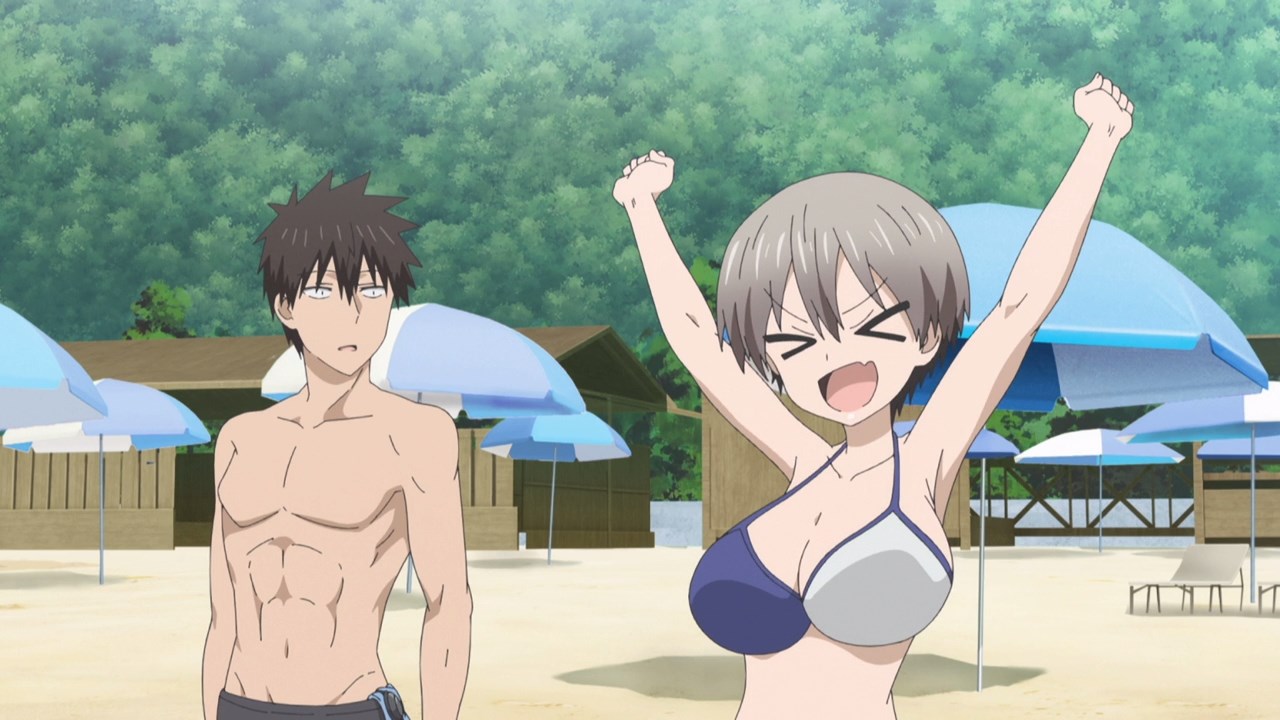 Anyways, let’s begin the beach episode where Hana Uzaki is very excited to have fun together with Shinichi Sakurai.

Of course, Shinichi should take a dive into the sea as he haven’t swim for a long time. 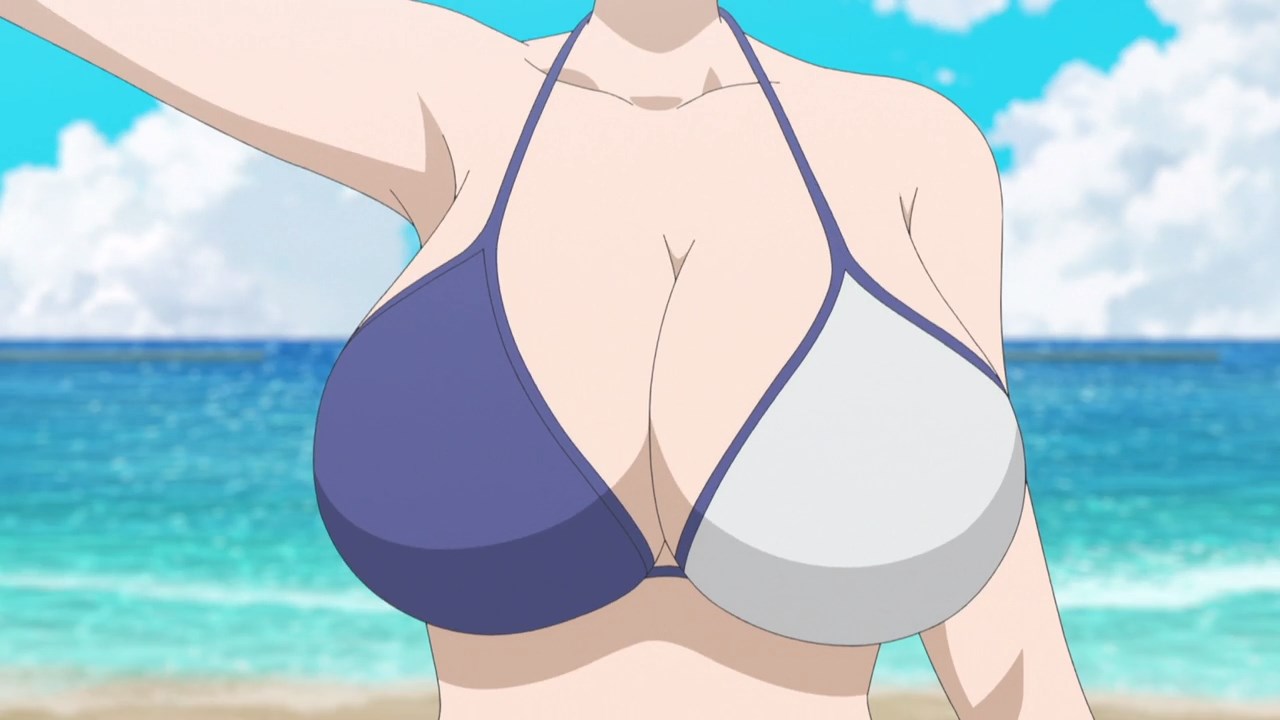 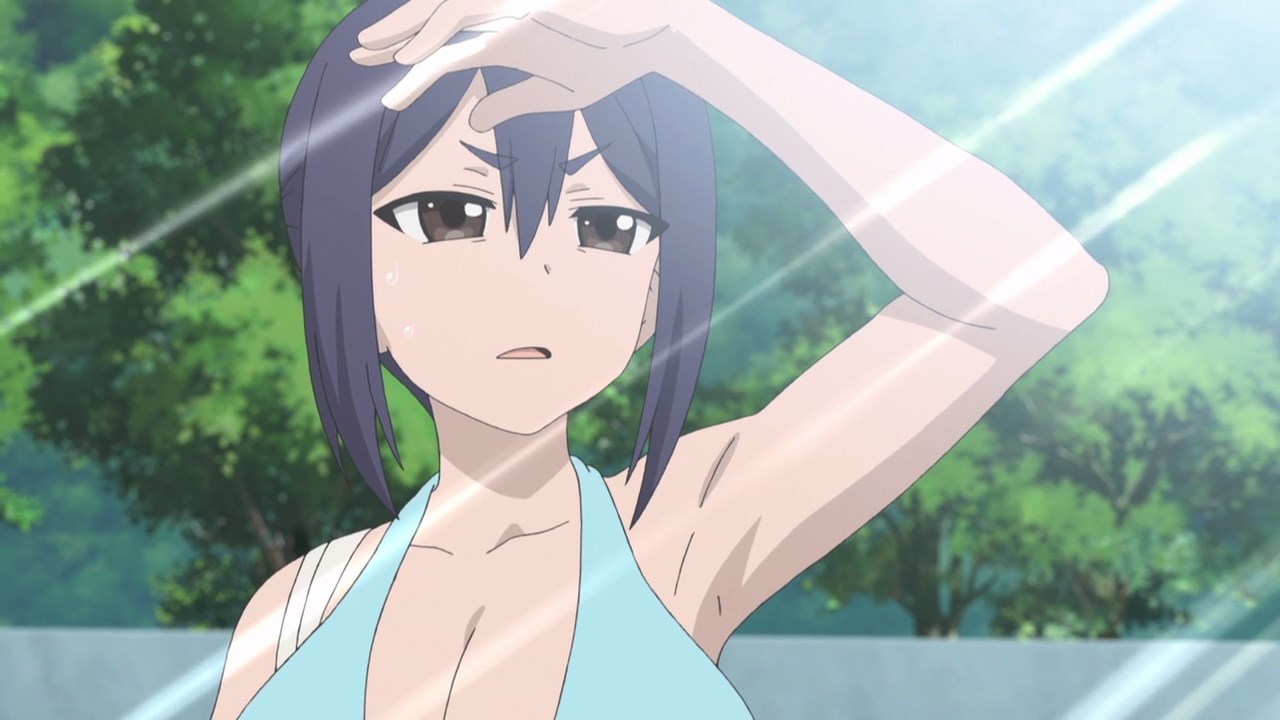 But speaking of Uzaki-chan, her tits are hella big that Ami-san thought that they’re weapons of mass titillation!

Of course, Ami Asai is still attractive where she has big boobies, but not as big as Hana Uzaki. 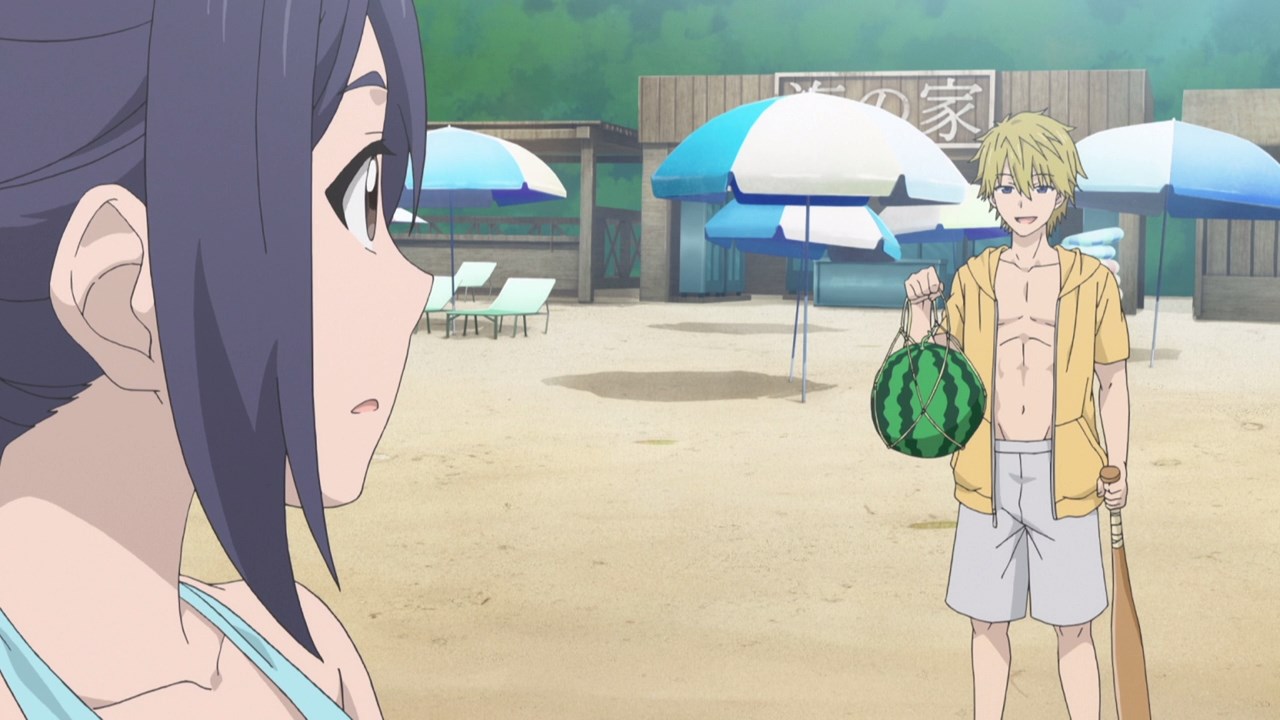 Meanwhile, Itsuhito have a great idea in which he has a bat and a watermelon. Oh, so Sakaki wants to split some watermelons with his friends huh? 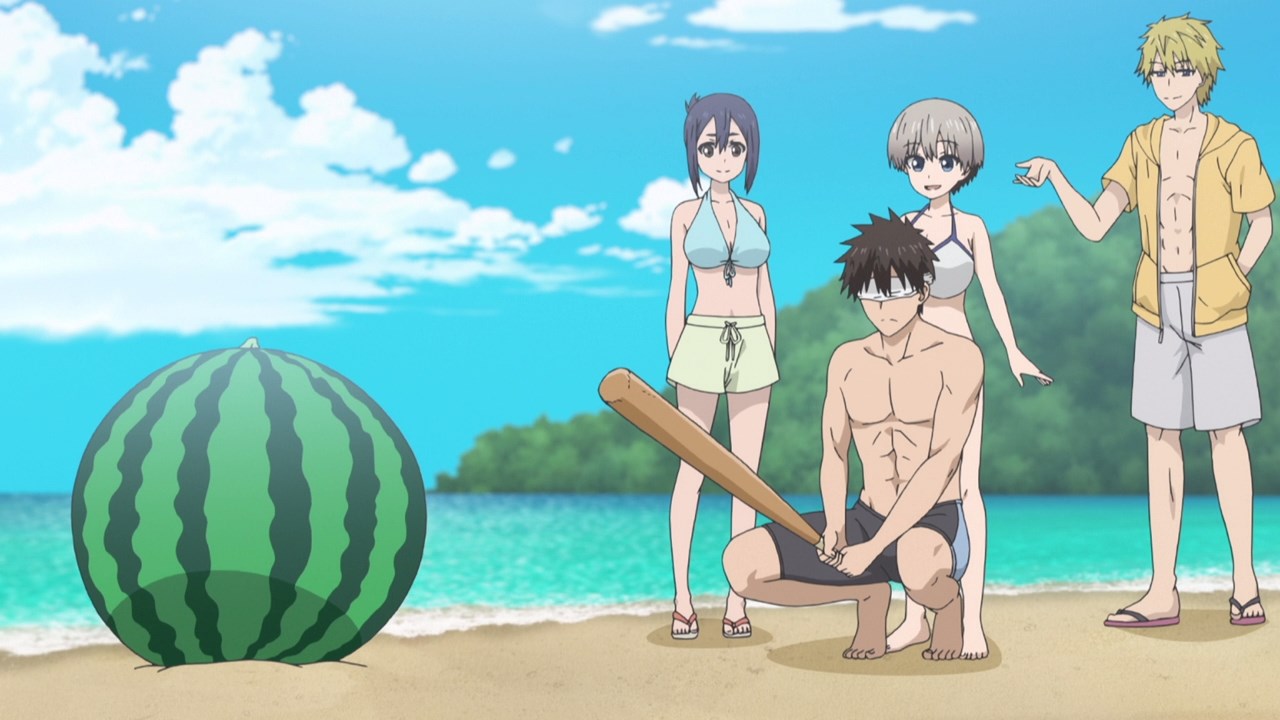 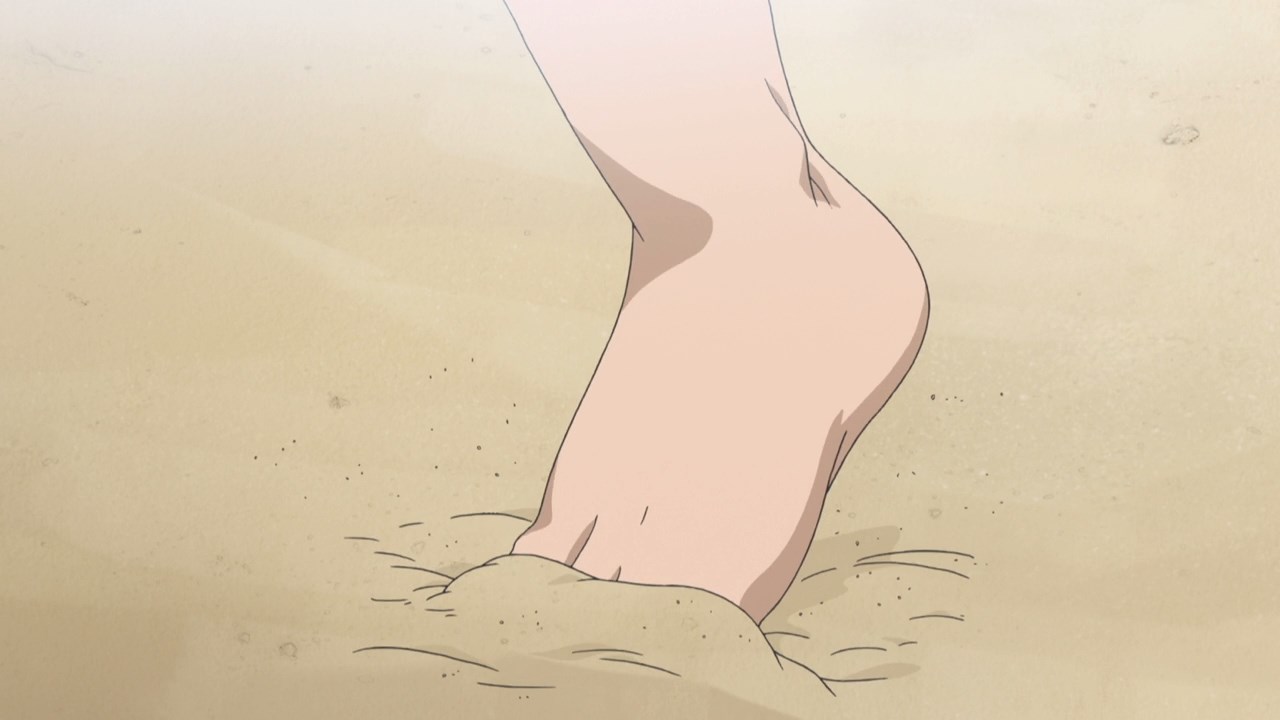 Unfortunately, Sakurai tripped and accidentally grope Uzaki-chan’s massive tits again. Man, so much for splitting watermelons but it would be nice if Shinichi smash Uzaki’s melons instead! 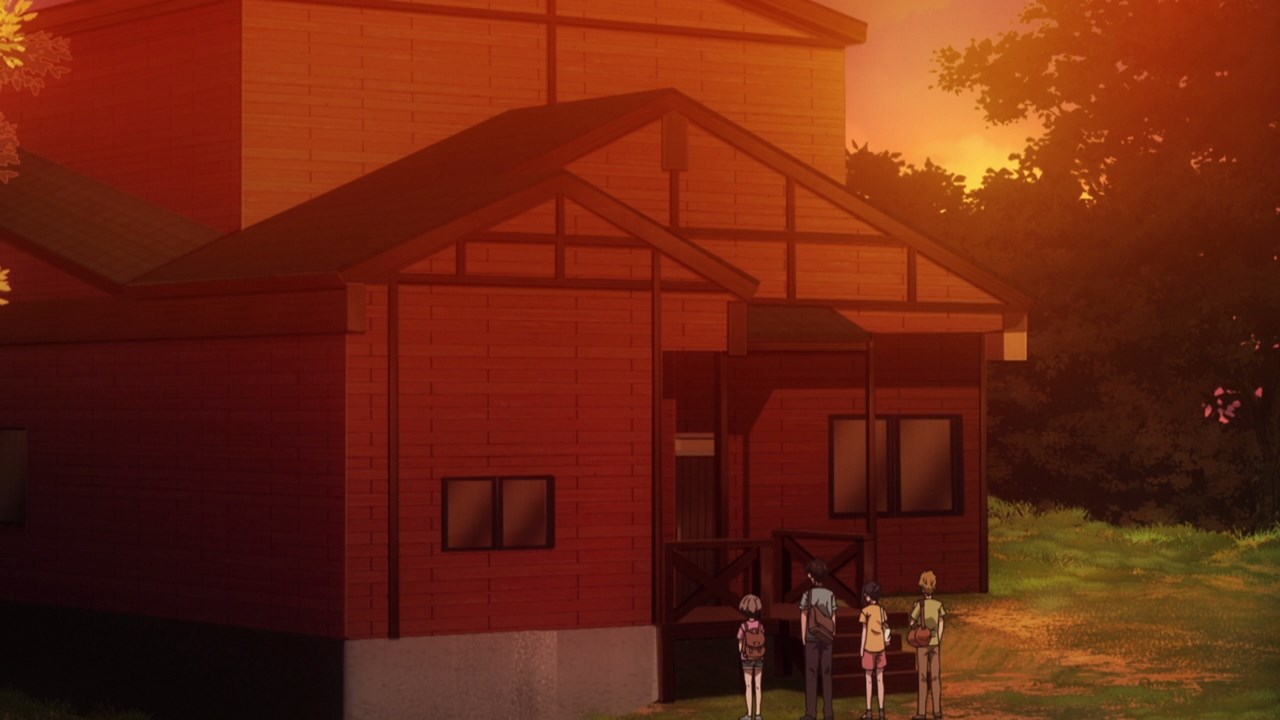 After some shenanigans at the beach, it’s time to head towards the summer house where Itsuhito’s parents owned it. However, they’re not gonna stay all night there… 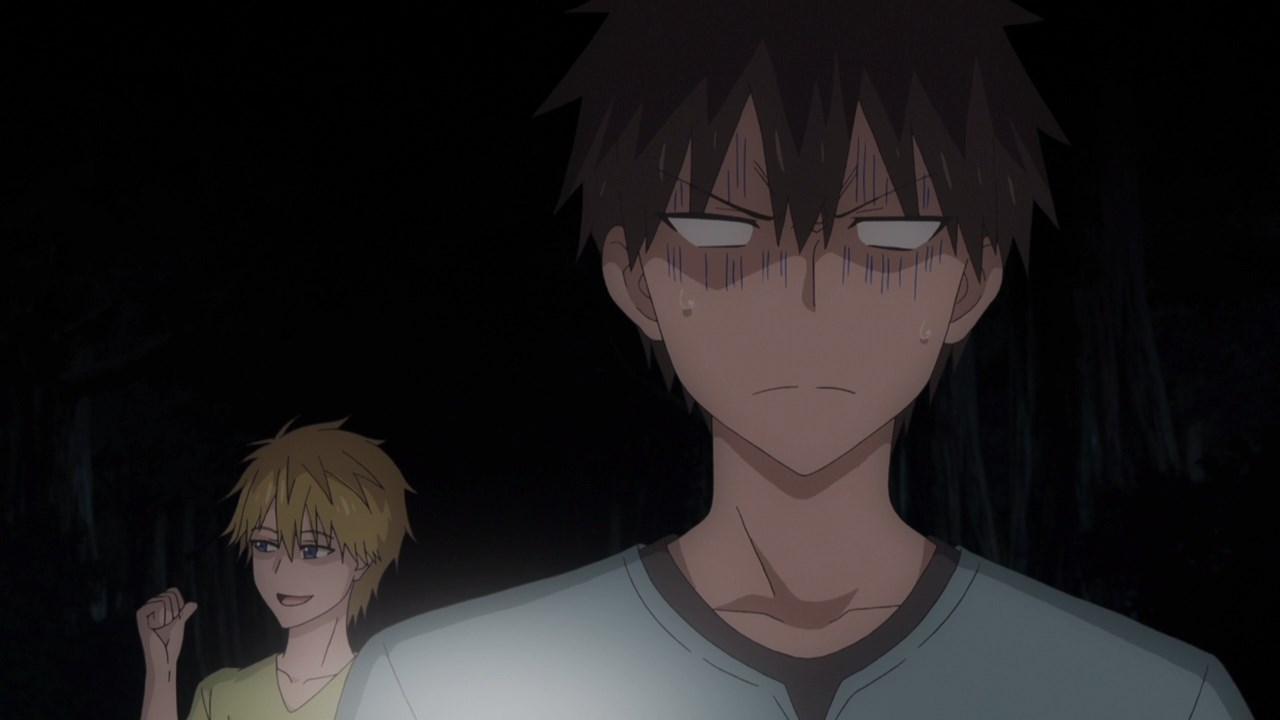 That’s because Sakaki decides to take everyone to a dark forest to see who’s brave enough to get past it.

I hope that they won’t encounter any ghosts but then again, there’s Sakurai where he’s losing his composure. Turns out that he’s actually afraid of ghosts. 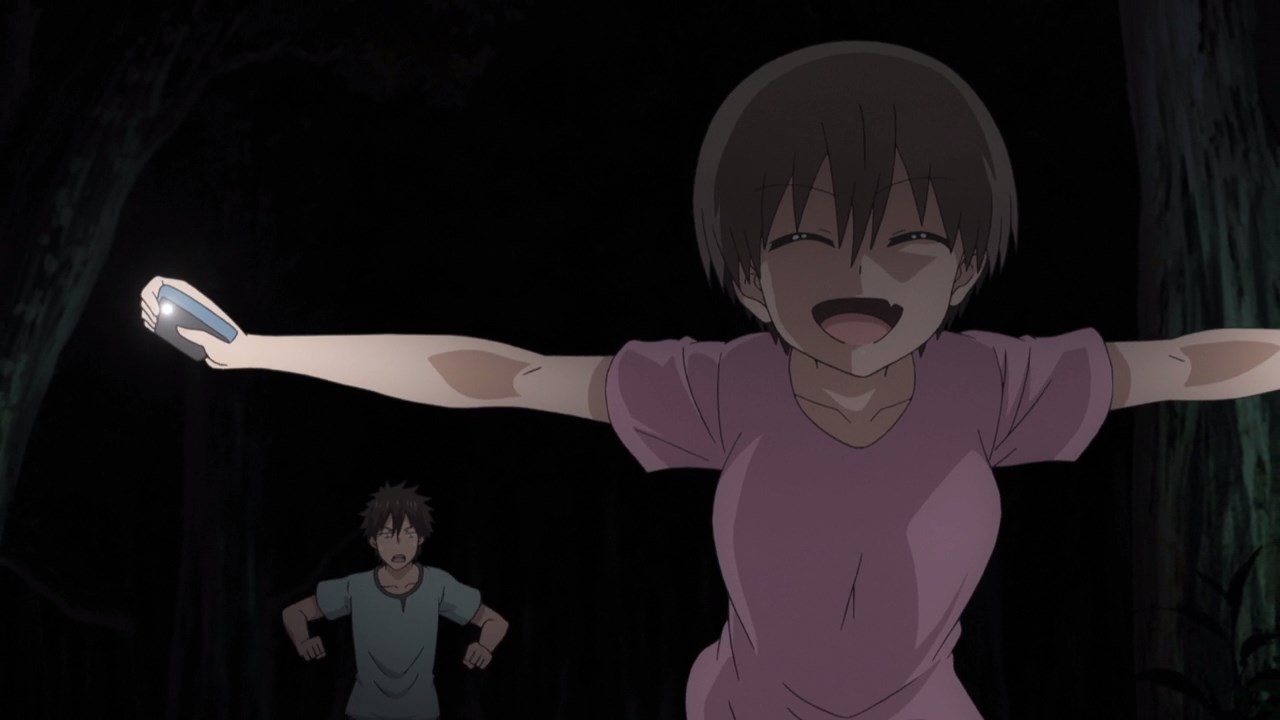 This lead Uzaki-chan to tease him as she took Shinichi’s smartphone. Oh boy, looks like Hana Uzaki wants her sempai to get scared at the dark. 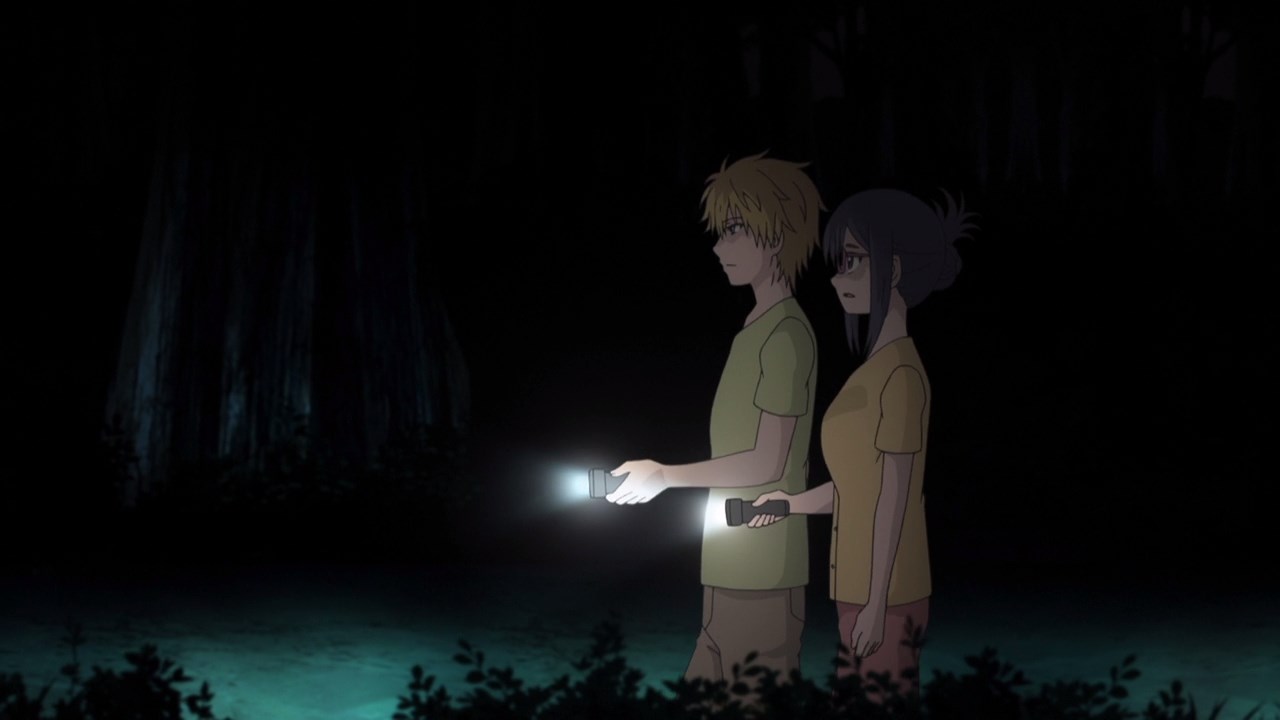 Meanwhile, both Itsuhito Sakaki and Ami Asai are just strolling around the dark forest as if they’re not scared of ghosts.

Still, I have to give props to Sakaki for inviting Shinichi Sakurai and Hana Uzaki at the beach because c’mon, Itsuhito doesn’t want his pal having a boring college life. 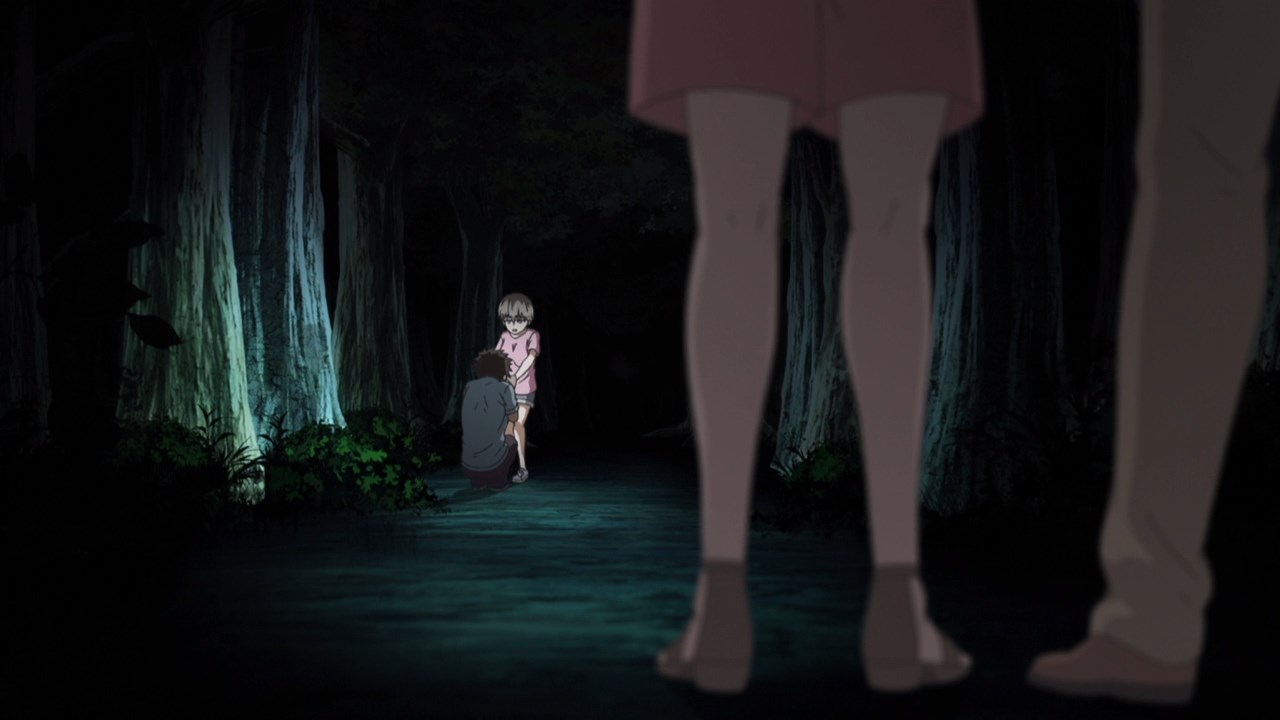 Except that Shinichi is already traumatized that Hana apologized for her stunt. Anyways, that was an exciting beach episode and I’m sure that everyone is happy… except for Sakurai. 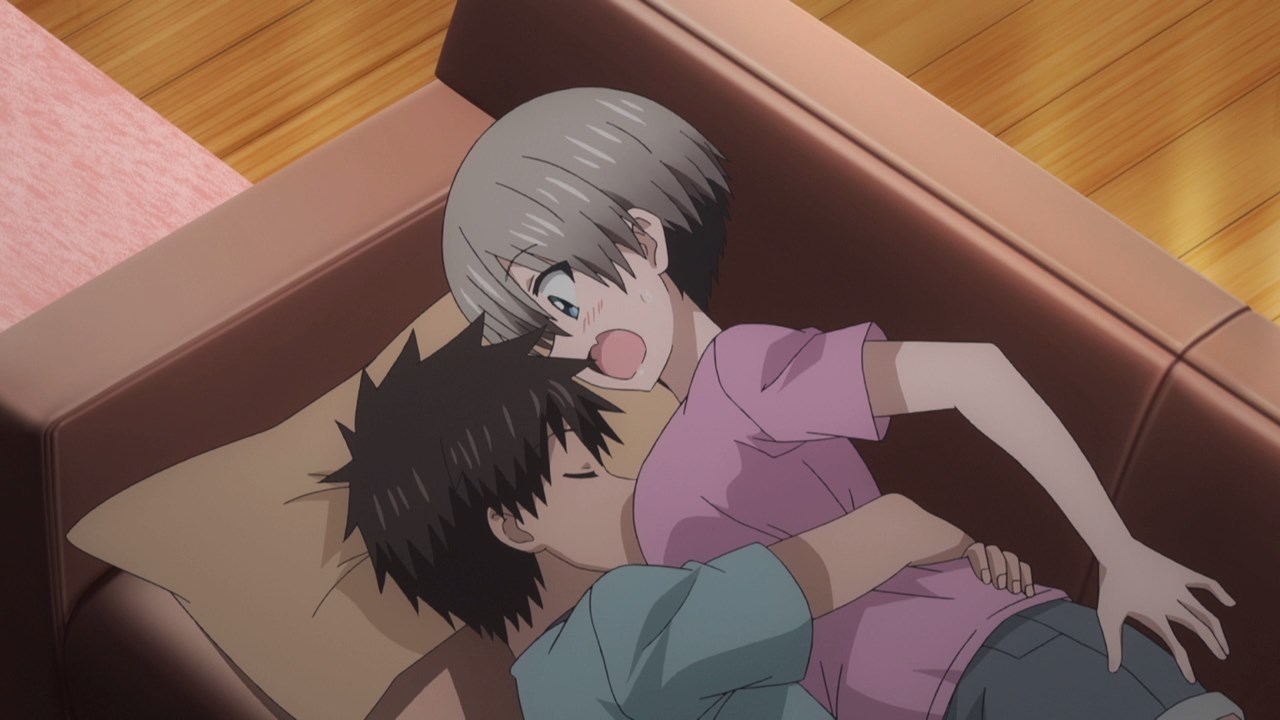 But speaking of Sakurai, he puts his face onto Uzaki’s boobies while sleeping. Goddammit Shinichi, you’re gonna make everyone mad!