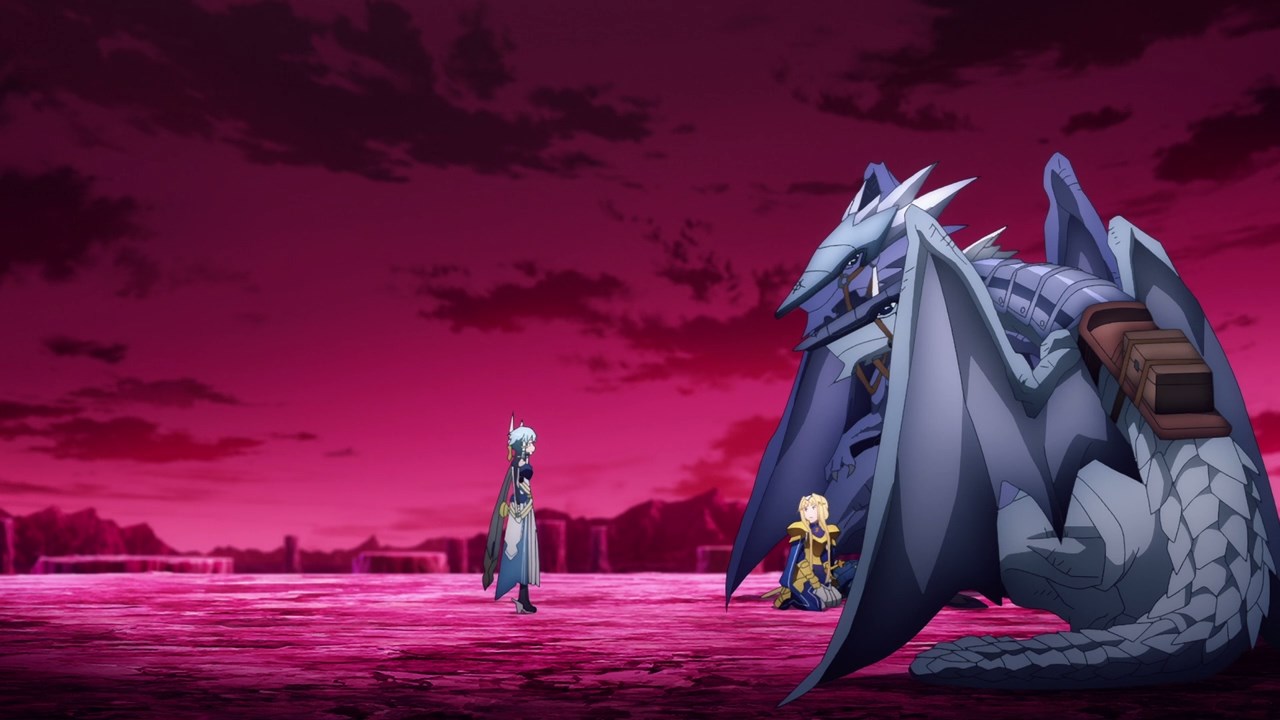 Looks like Sinon has arrived to rescue Alice Schuberg, but it appears that she’s too late to save Bercouli Synthesis One. Man, if only Sinon arrive in the nick of time to stop Gabriel Miller. 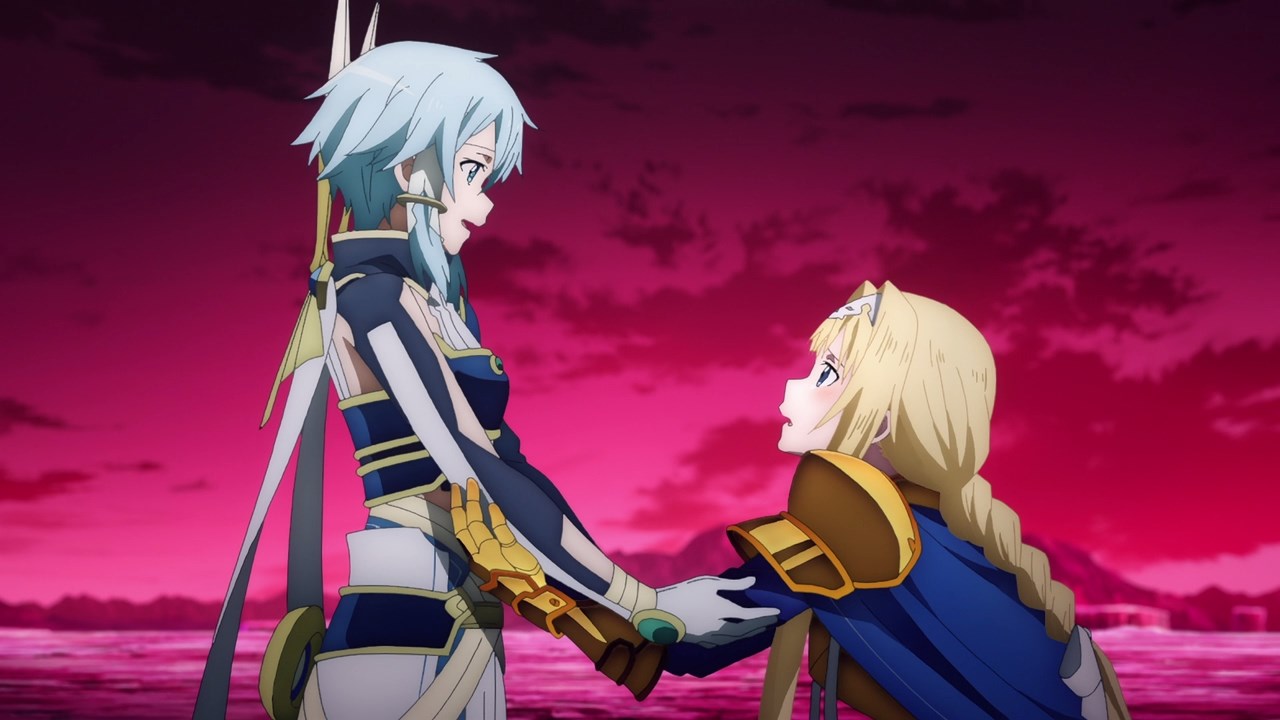 With that said, Sinon urged Alice to continue her journey towards the World’s End Altar as Sinon wants her to see the real world with her own two eyes.

Oh yeah, and she doesn’t want Kirito and Bercouli’s sacrifice go to waste, although I want Kirito to live to see it through! 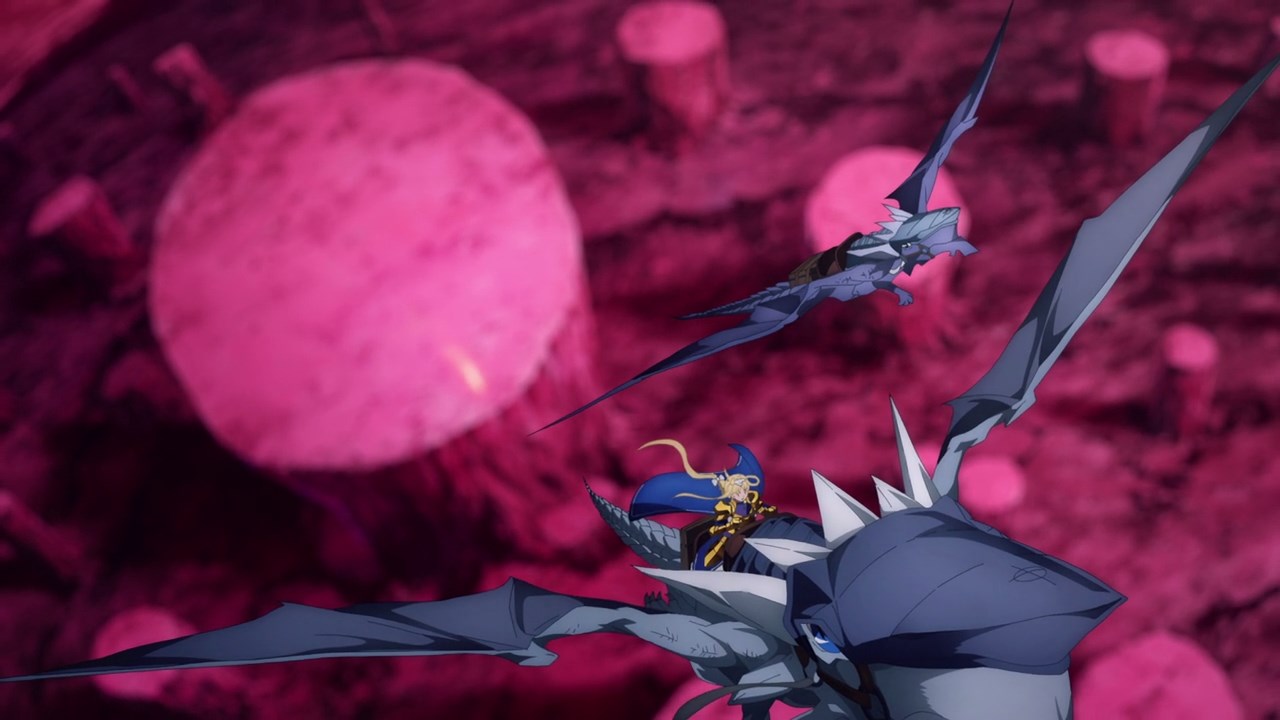 And so, Alice Schuberg went to the World’s End Altar by herself. Then again, it would be nice if she got some escort like Sinon to protect her. 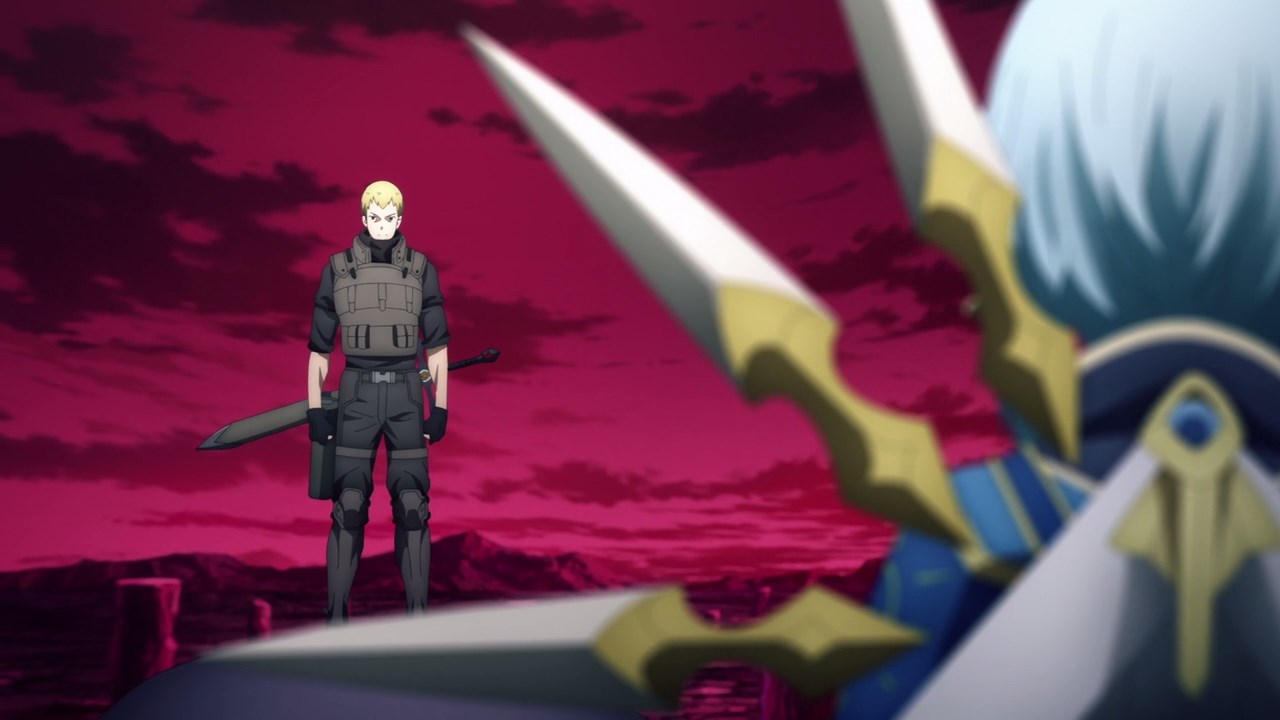 Unfortunately, Sinon will have to deal with Gabriel Miller where he returned to the Underworld… as Subtilizer.

Yes, he still got his military gear from Gun Gale Online and thus, Subtilizer will use guns to kill Sinon. 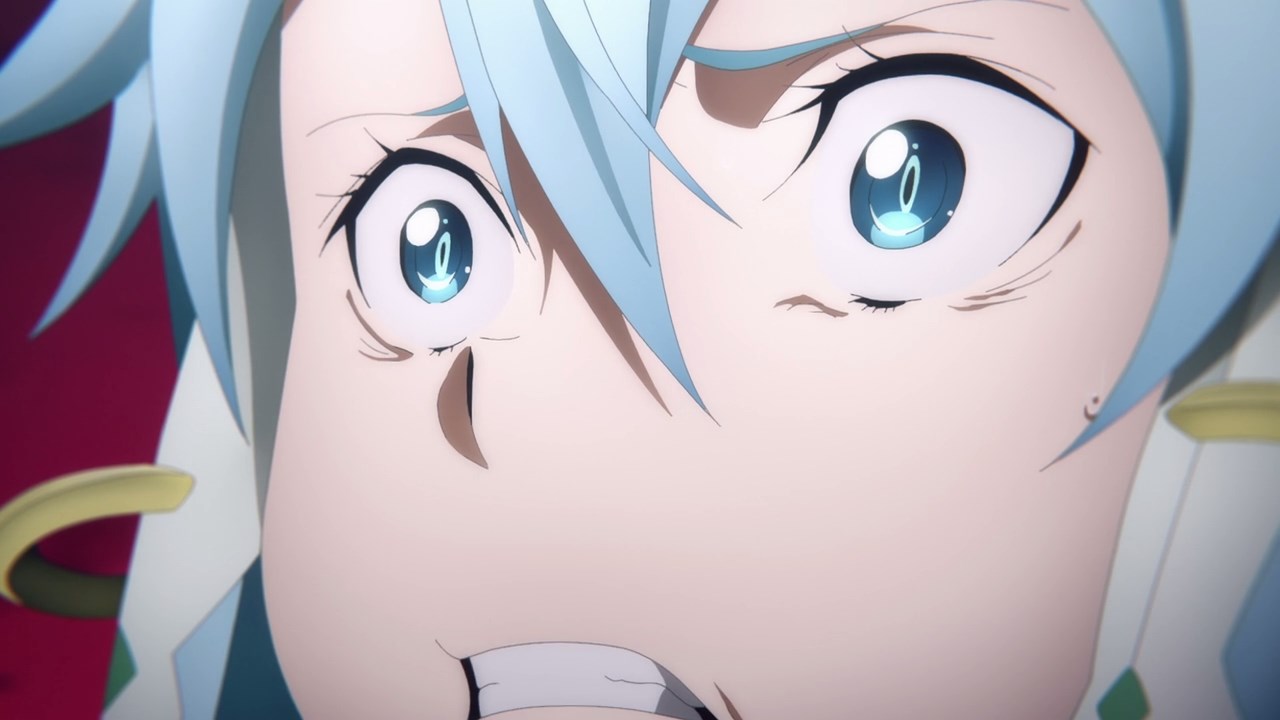 But speaking of Sinon, she’s really scared towards Subtilizer because she was defeated by him back in GGO.

Oh and do I mention that Gabriel is one sick bastard who loves to devour souls that he killed for fun? Definitely not good for Sinon! 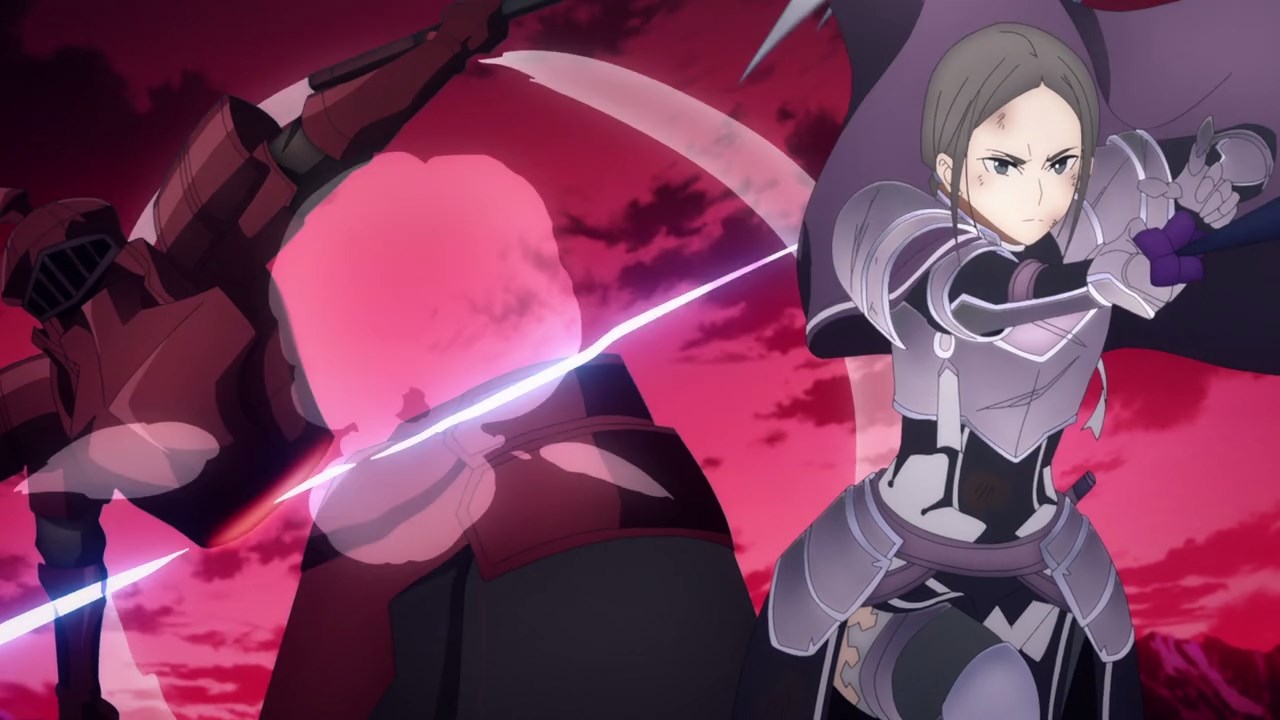 Meanwhile, let’s focus on Sheyta Synthesis Twelve where she still continues to fight against the invaders even though her sword is at her breaking limit.

Well in fact, Sheyta lost her sword after killing lots of players so she’s a sitting duck. 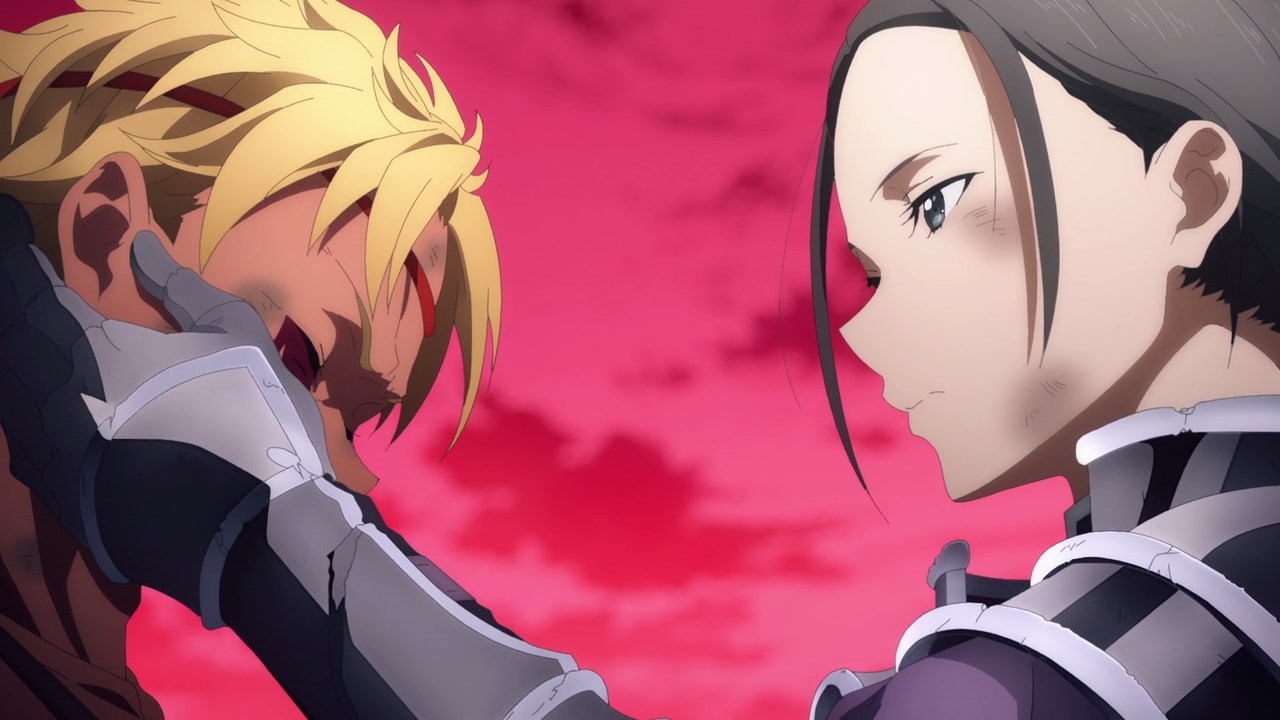 Still, Sheyta managed to save Iskahn and the pugilists from being slaughtered, but the only thing that she can do is to show some sympathy. 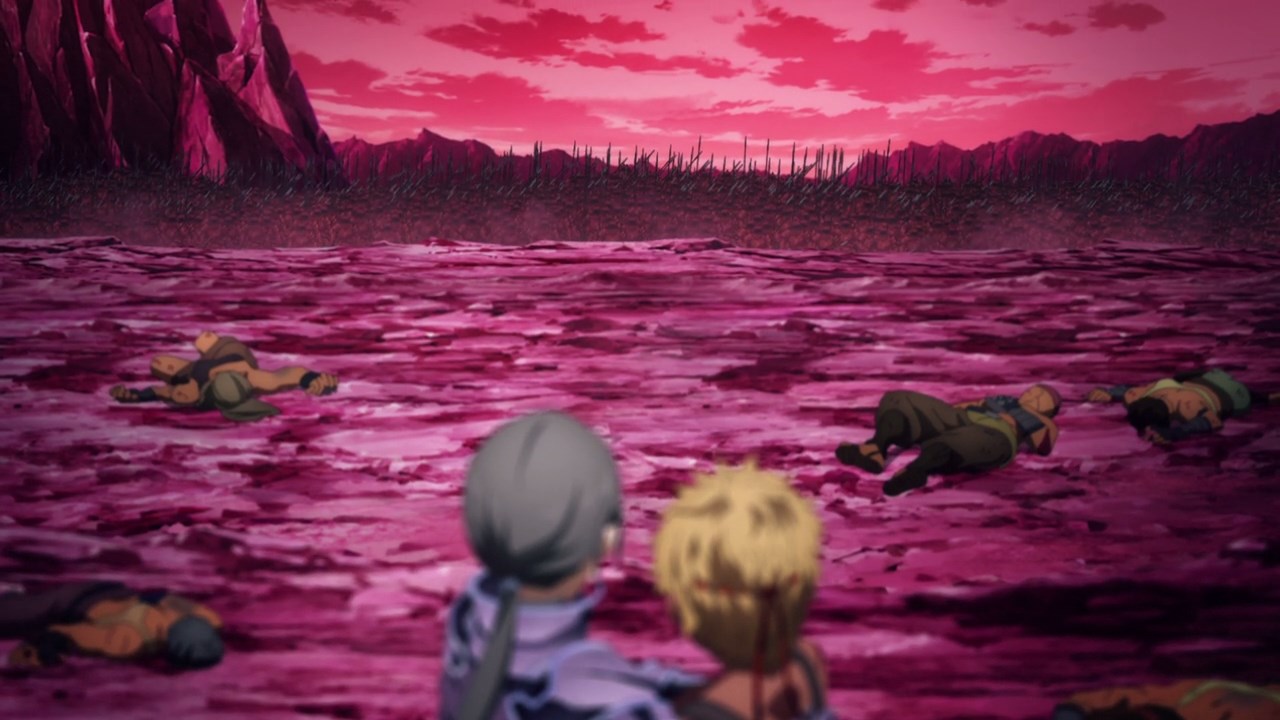 In any case, both Sheyta, Iskahn, and the pugilists are sitting ducks as they’re at the mercy of those intrusive players. 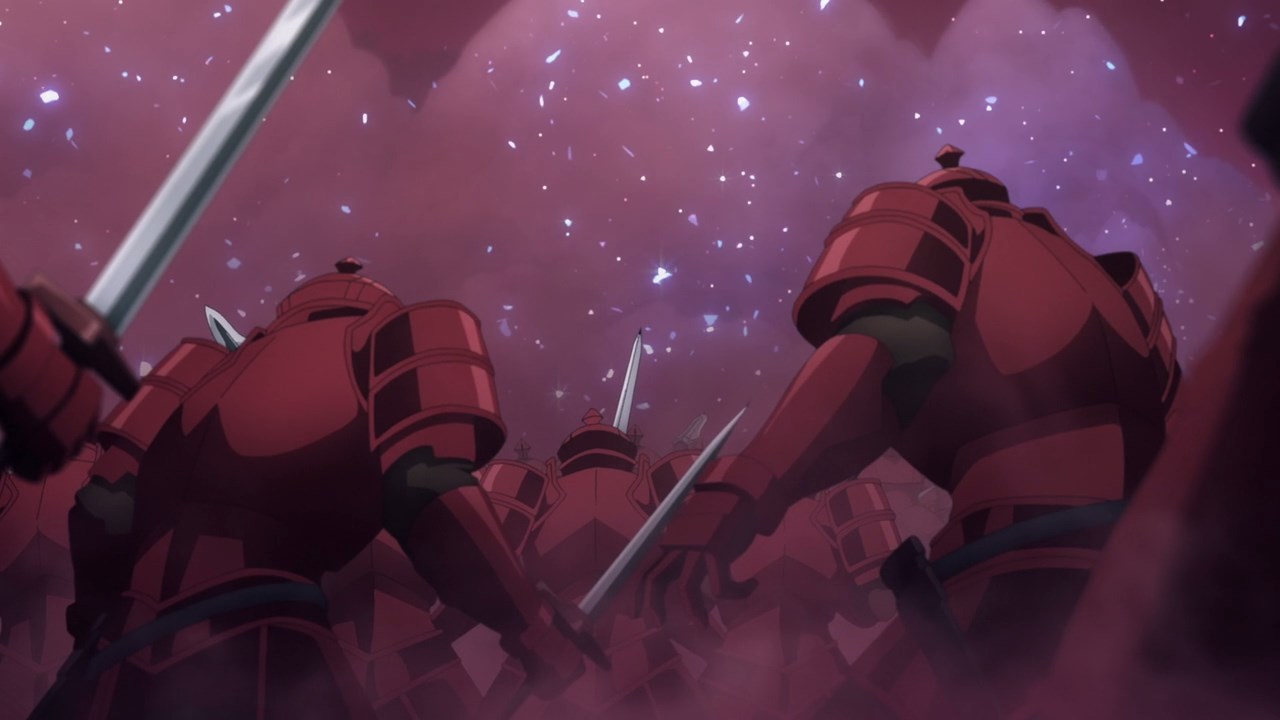 Fortunately, someone managed to save them when reinforcements have arrived. Was it those players who decided to save the Fluctlights? 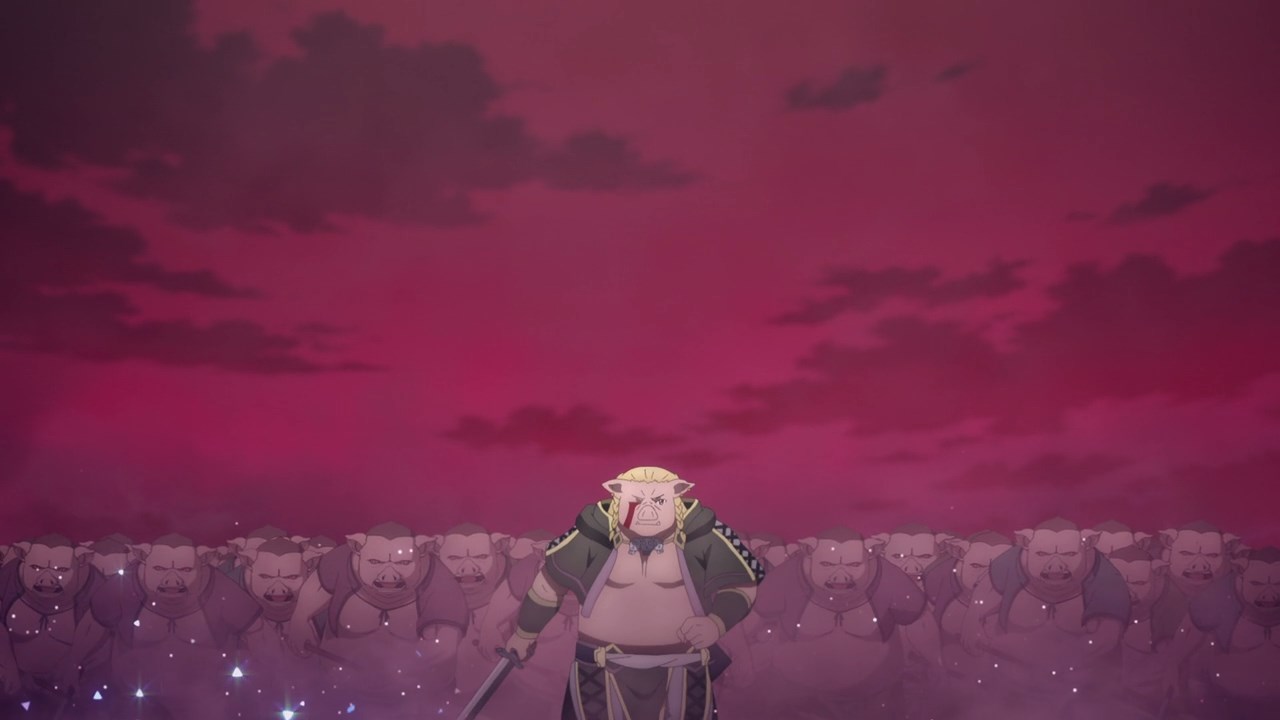 No, it’s actually Lilpilin and his orcs where they arrive to rescue the pugilists. Of course, they have another ally… 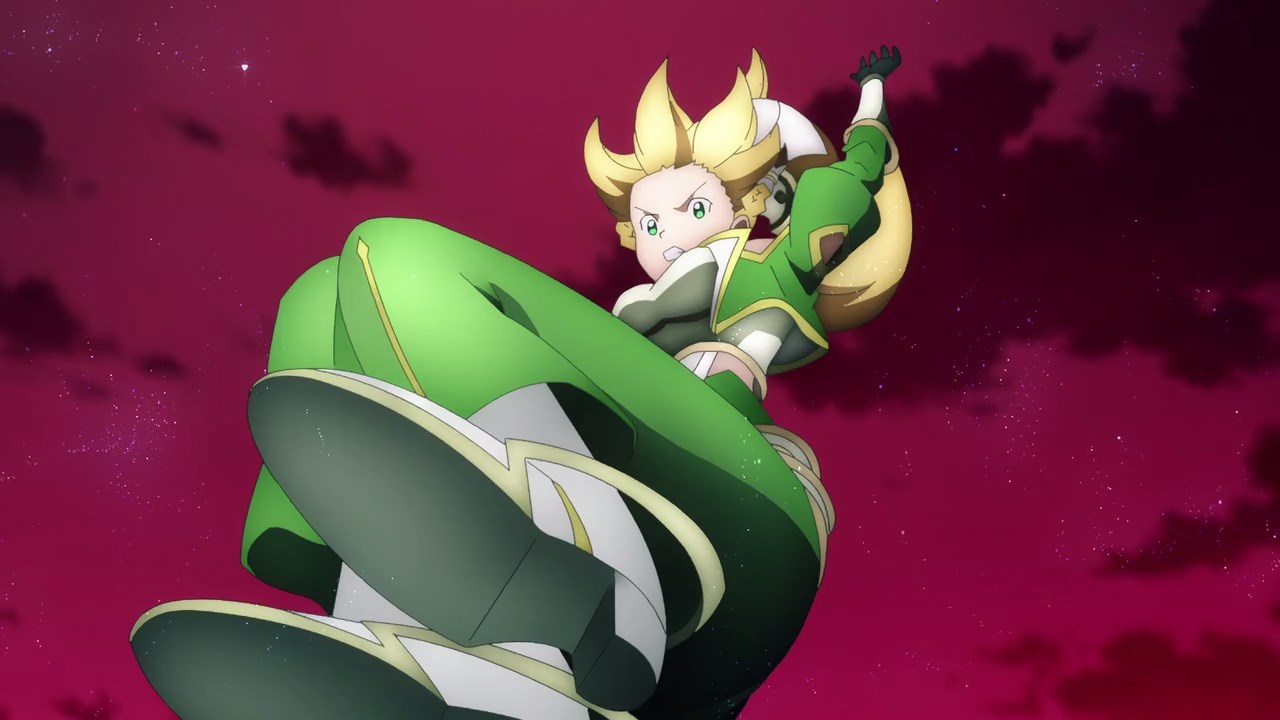 That’s right, it’s Leafa where she’s gonna protect Lilpilin and the orcs as they take Sheyta and the pugilists out of the battlefield. Oh I wish they would succeed. 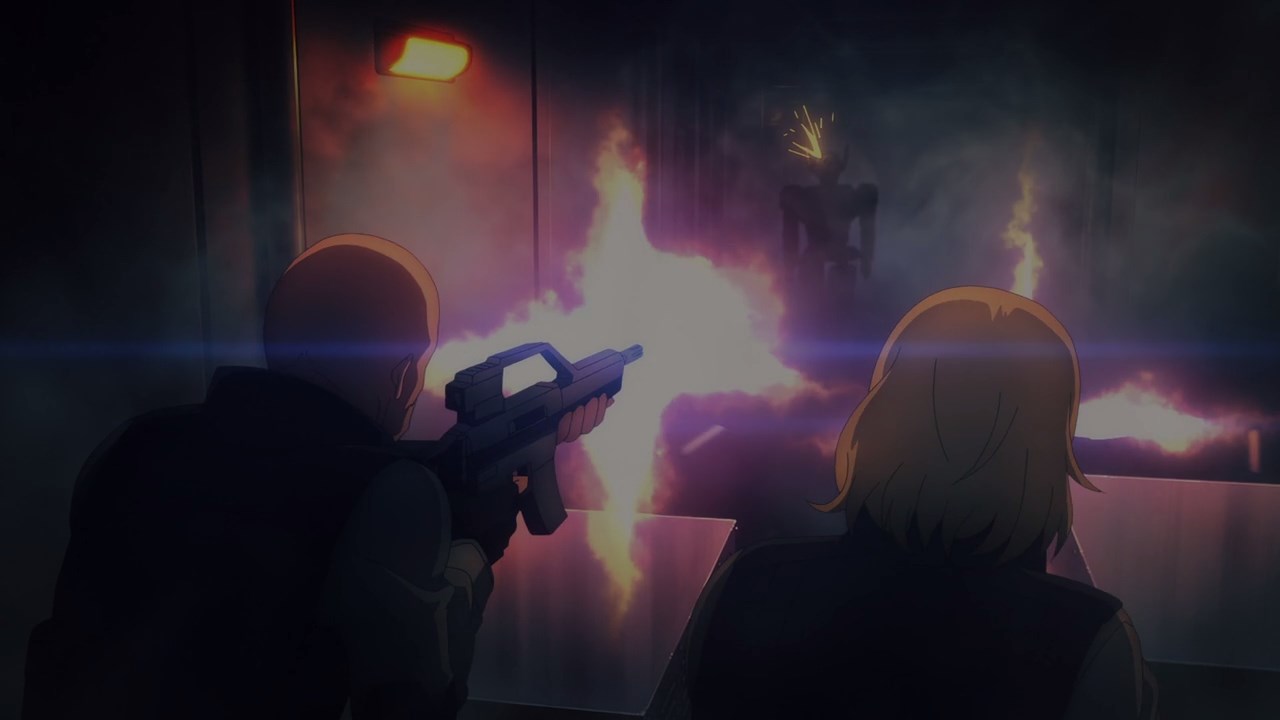 Now let’s return to Ocean Turtle where Higa’s plan to infiltrate the main control room has begun, although it’s gonna be one tedious operation. 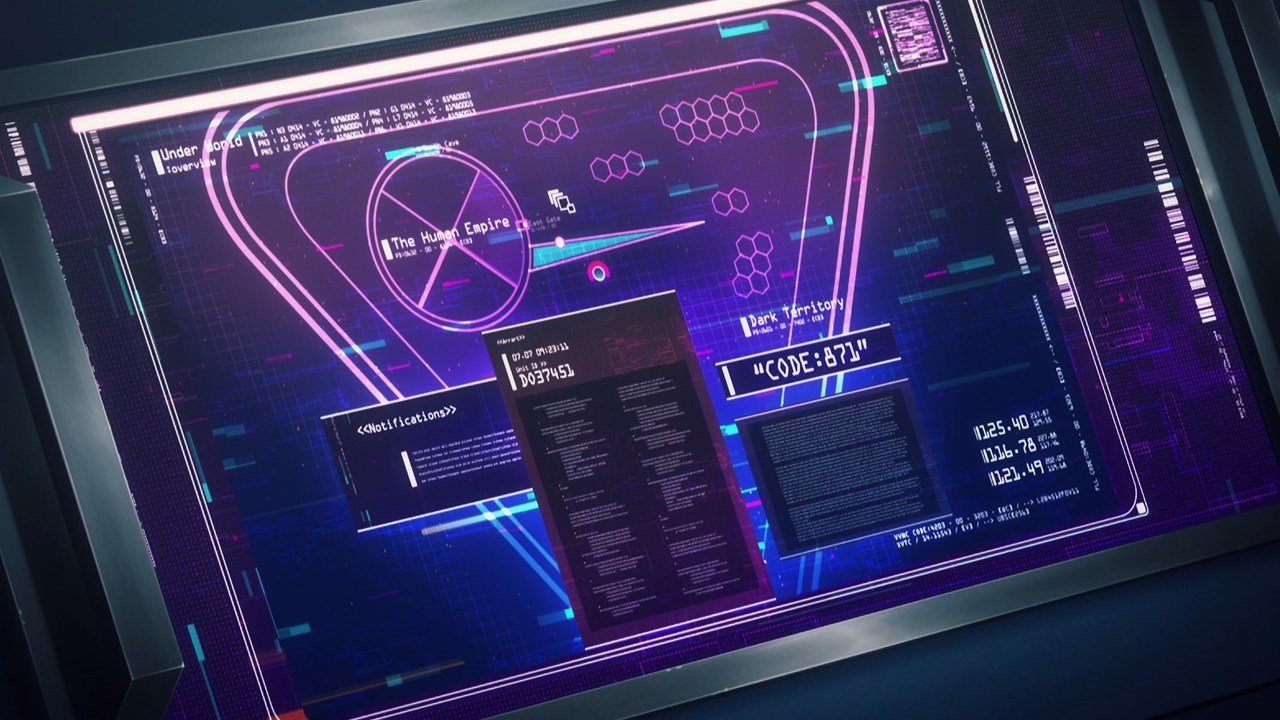 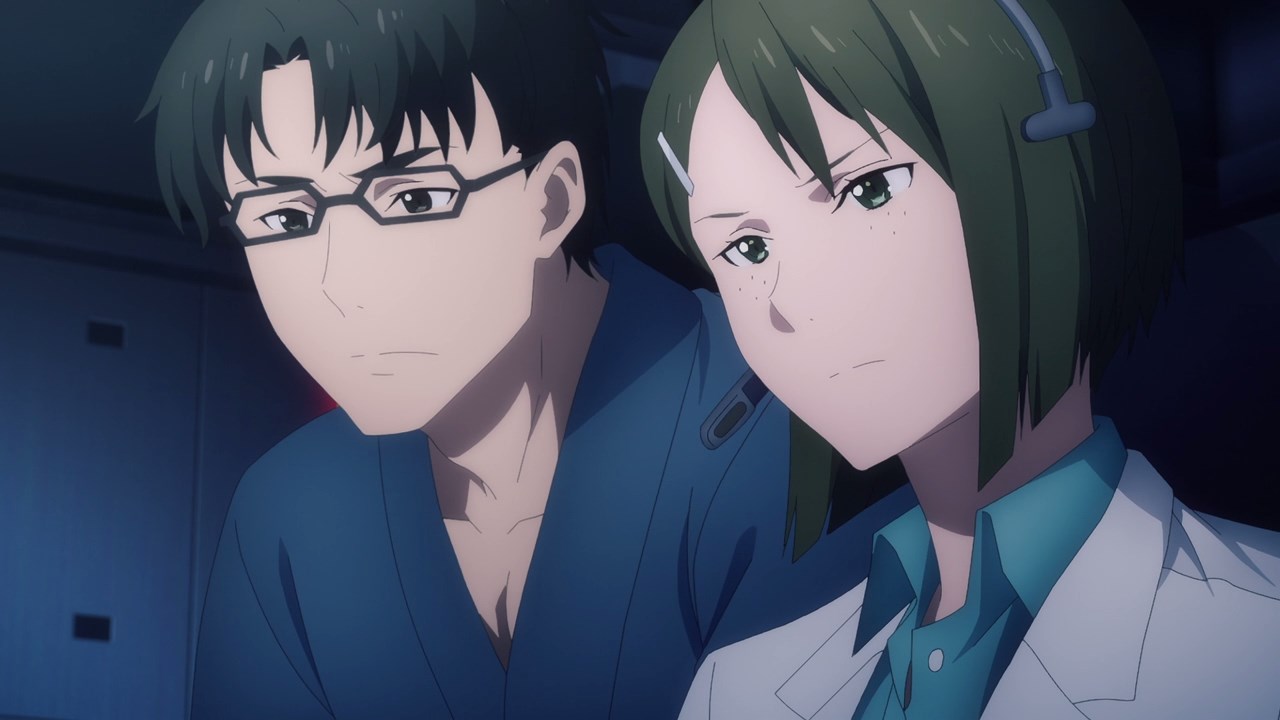 Well, that’s until Seijirou Kikuoka and Rinko Koujiro encountered a weird code called 871 in which it’s not present within the Underworld’s internal code.

But, it wasn’t until Kikuoka realized that something seems off as the code belonged to one of the engineers in Ocean Turtle. Come to think of it, what happened to Higa? 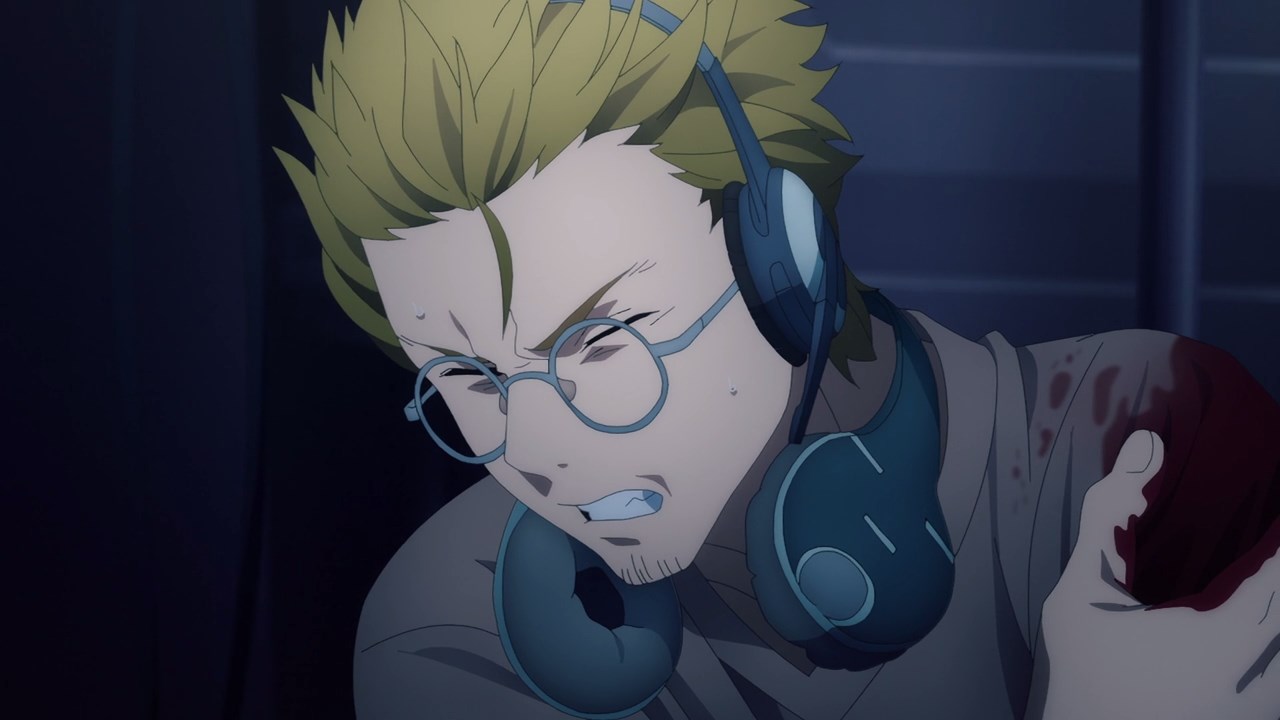 Oh shit, he got shot in the left shoulder as Takeru got attacked by someone he know. 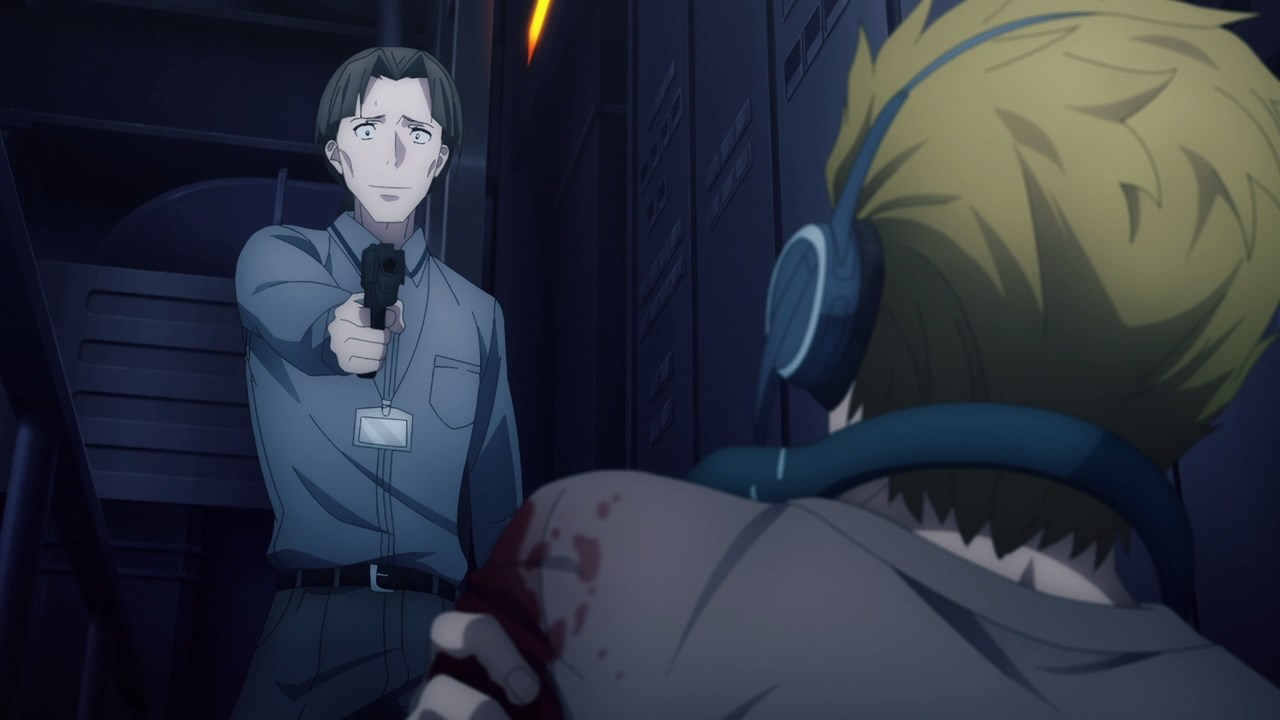 Someone like Yanai-san where he told Takeru Higa that the reason for shooting him is two things. One is to carry out Nobuyuki Sugou’s ambition, while the other is to avenge Quinella’s death because Yanai is deeply infatuated towards her.

Basically, Yanai-san has a vendetta towards Kirito but there’s more to just revenge because it turns out that he’s the one who corrupt Quinella in the first place, which is why she’s brainwashing everyone which something that Sugou failed to do. Come to think of it, I wonder if Yanai-san is actually Prime Senator Chudelkin? 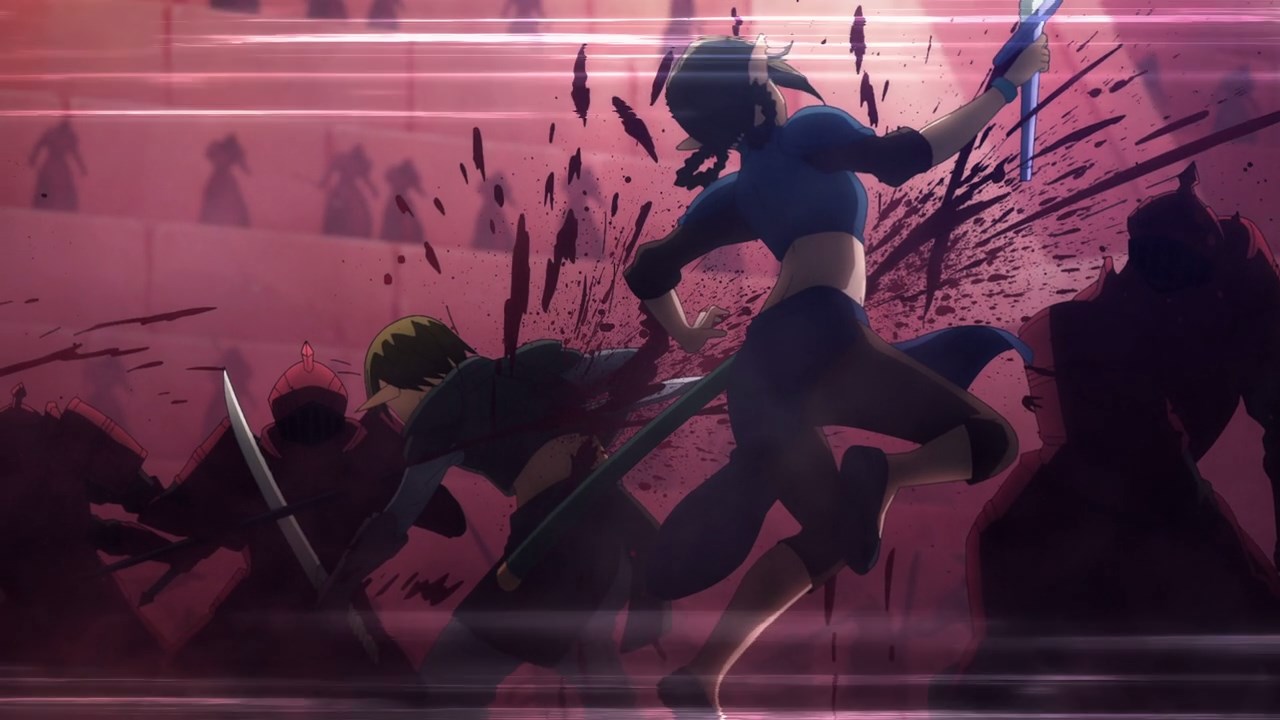 Now then, let’s return to the Underworld where despite an influx of Japanese players protecting the Fluctlights, they couldn’t keep up with the invaders who not only come from America, but also China and Korea. 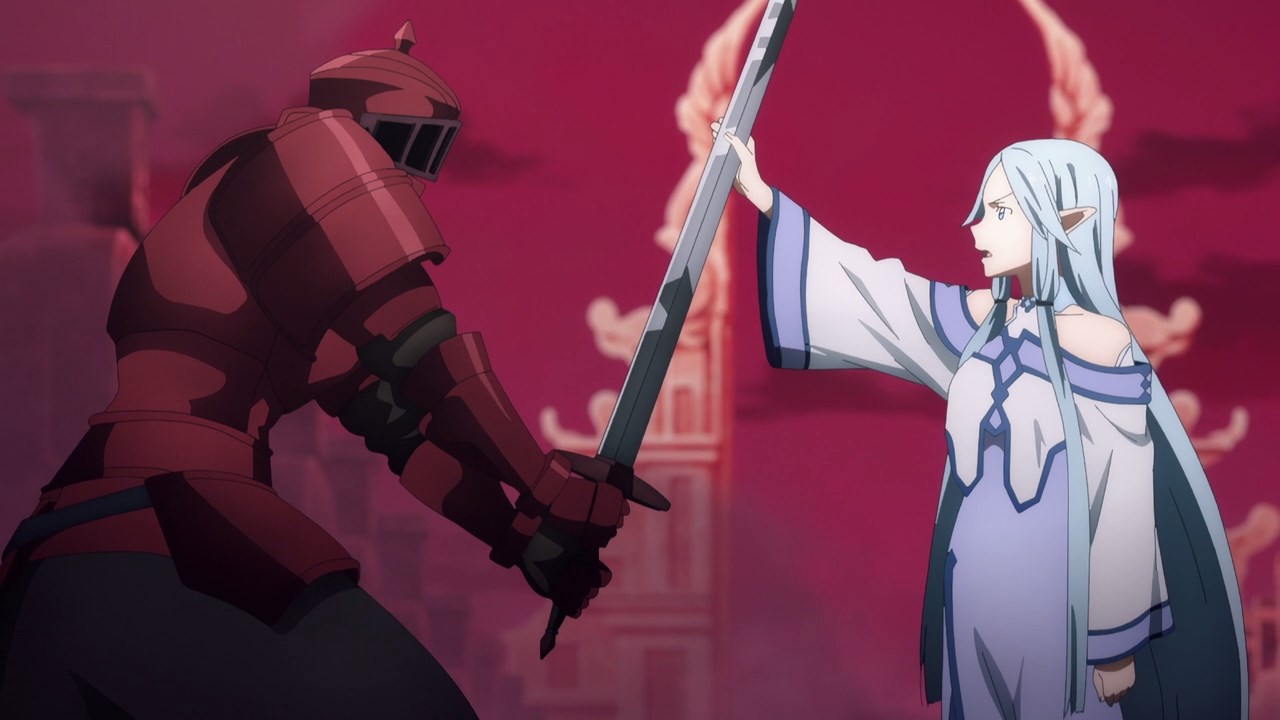 On the other hand, here’s Siune where despite being a support character, she can block a sword with her bare hands as Siune tries to convince this intrusive player that they’re being deceived by the likes of Gabriel Miller and his team from Glowgen Defense Systems. 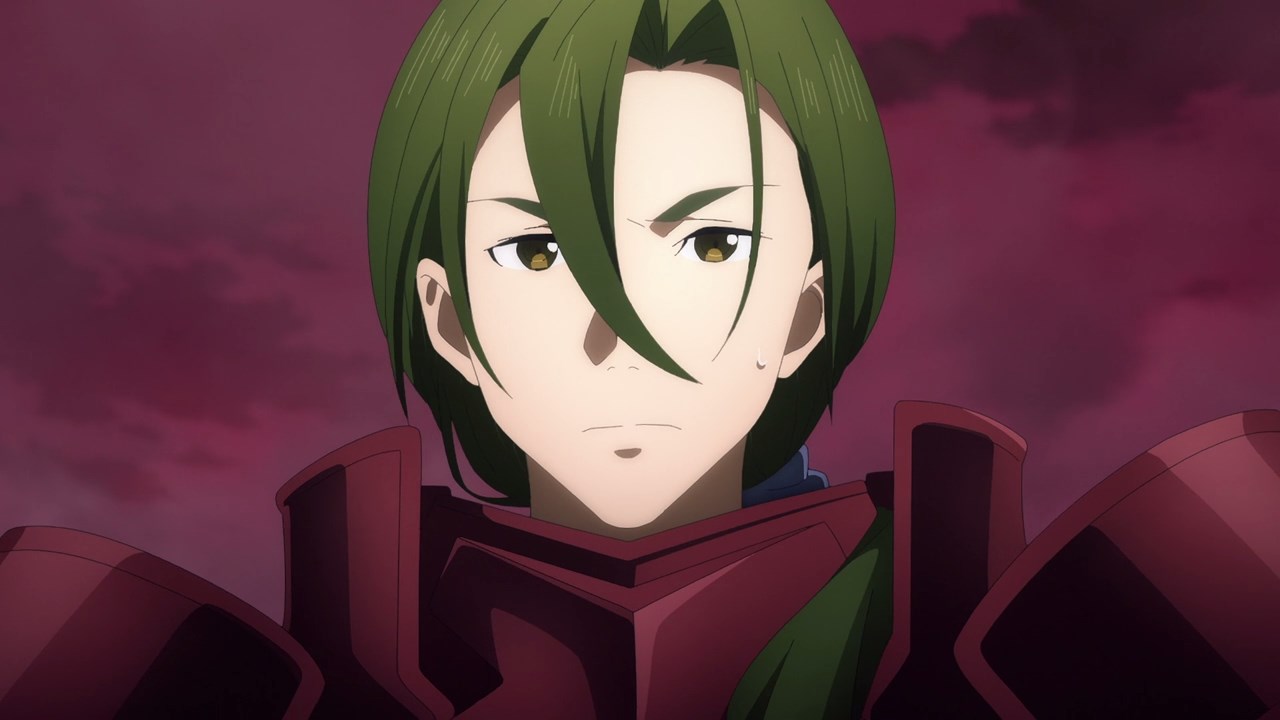 Fortunately, one Korean player named Moonphase who realized that something’s off in regards to the Underworld. I mean, why would they blindly kill Fluctlights without knowing the whole picture. 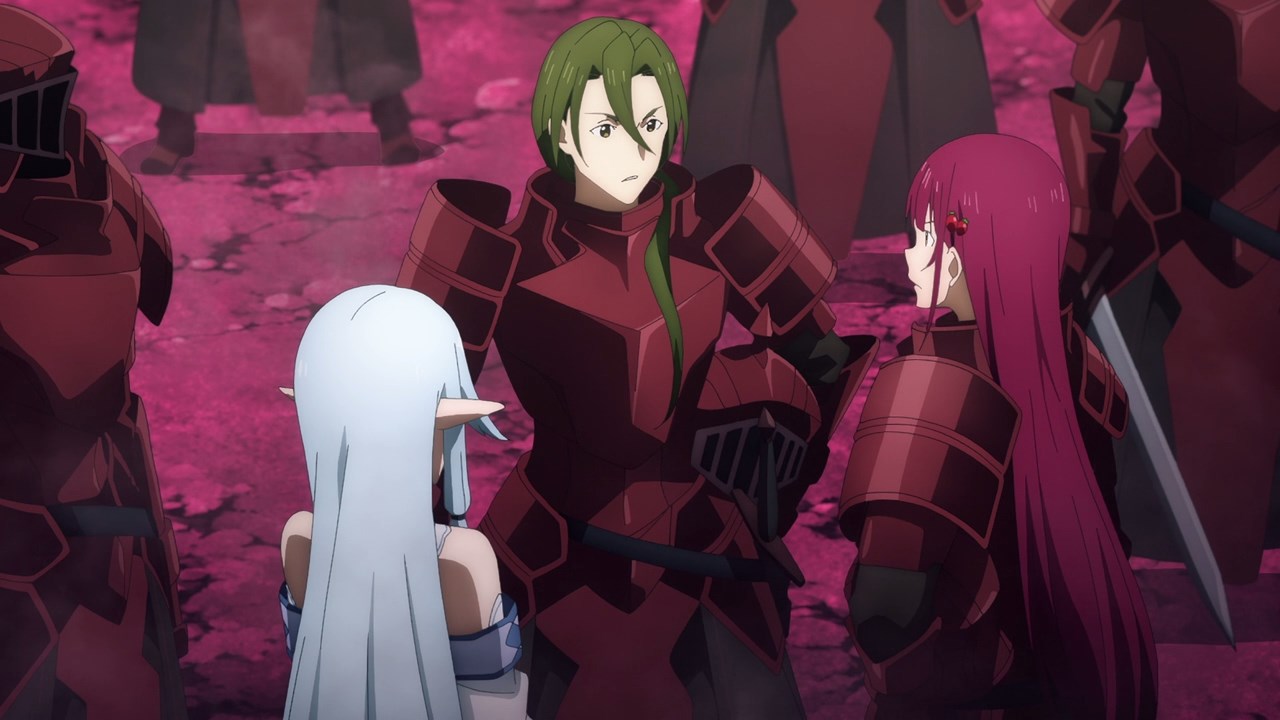 Also joining Moonlight is a Chinese player named Mei where she has the same opinion as him.

While I’m glad that there are a few players who are not blindly killing everyone, most of them will just continue this farce like normal. Y’know, as if they treated the Underworld as a game. 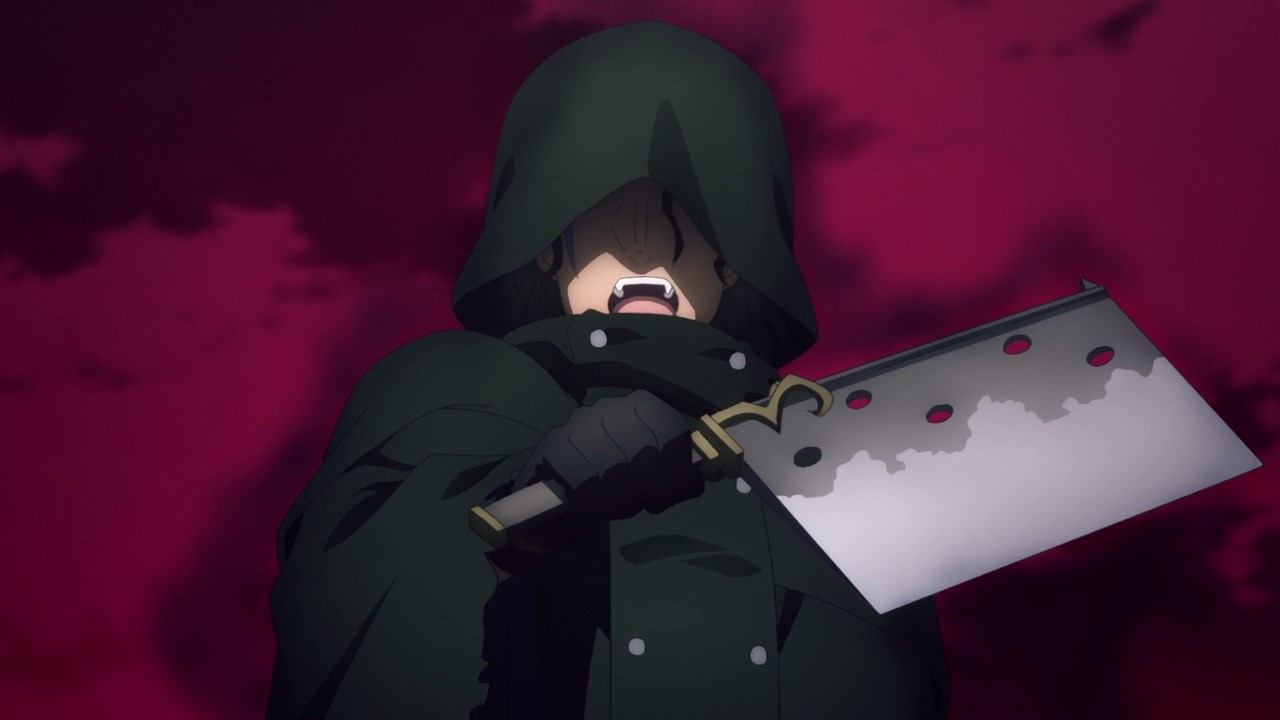 Even worse is when they’re being led by Vassago Casals who has returned in the Underworld as PoH.

If that name sounds familiar to you, he’s actually the leader of Laughing Coffin which brought terror to everyone during Sword Art Online. 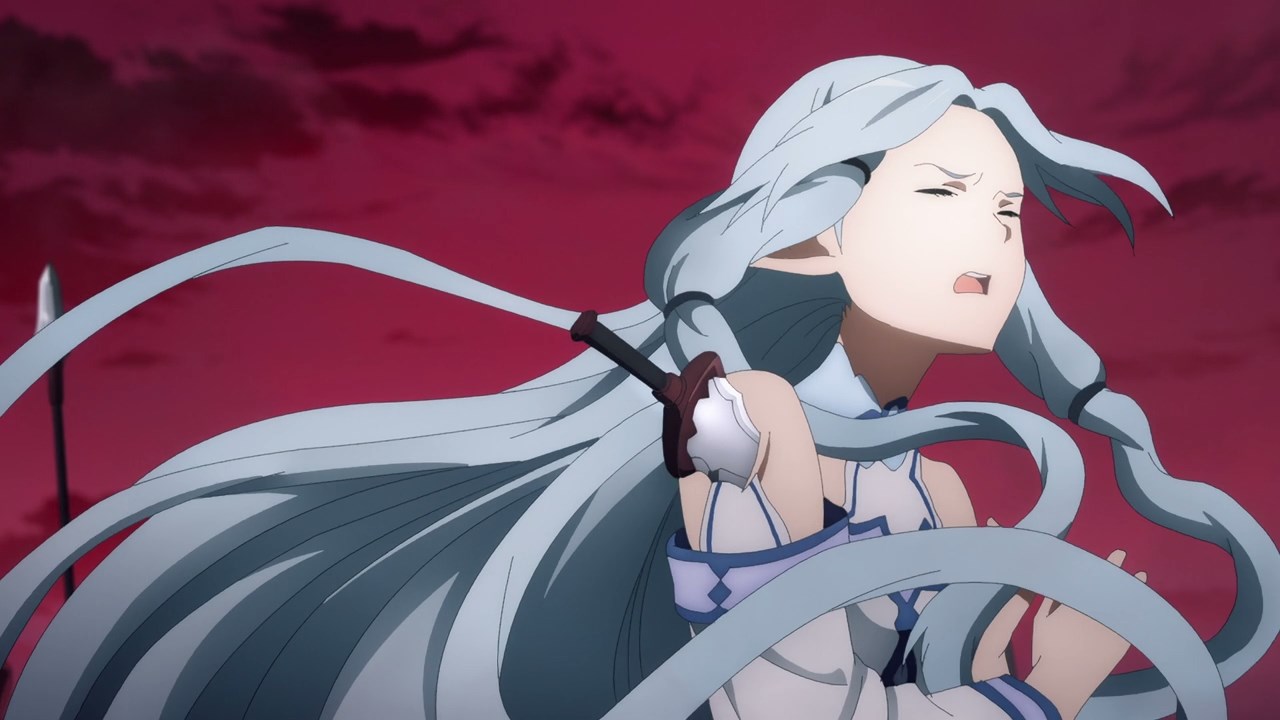 With that said, PoH told everyone not to believe their lies and attack those Japanese intruders, which is funny because Vassago is one who lied to them about the Underworld and he and his goons are the one who started this shit.

Anyways, I don’t want the Sleeping Knights to be killed by PoH and his legion of mindless players. This is not a game dammit! 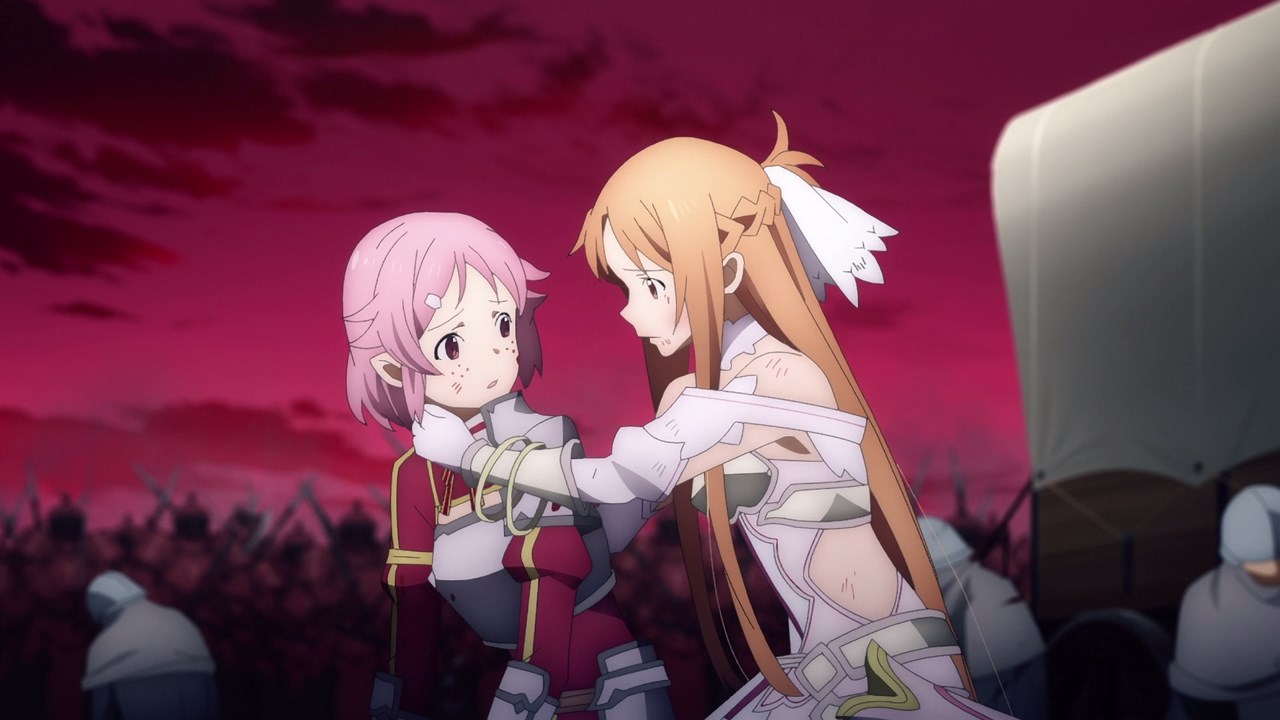 But at this point, Asuna and his friends are at the mercy of PoH and his army of intruders. And really, things would get worse if no one will save them in time! 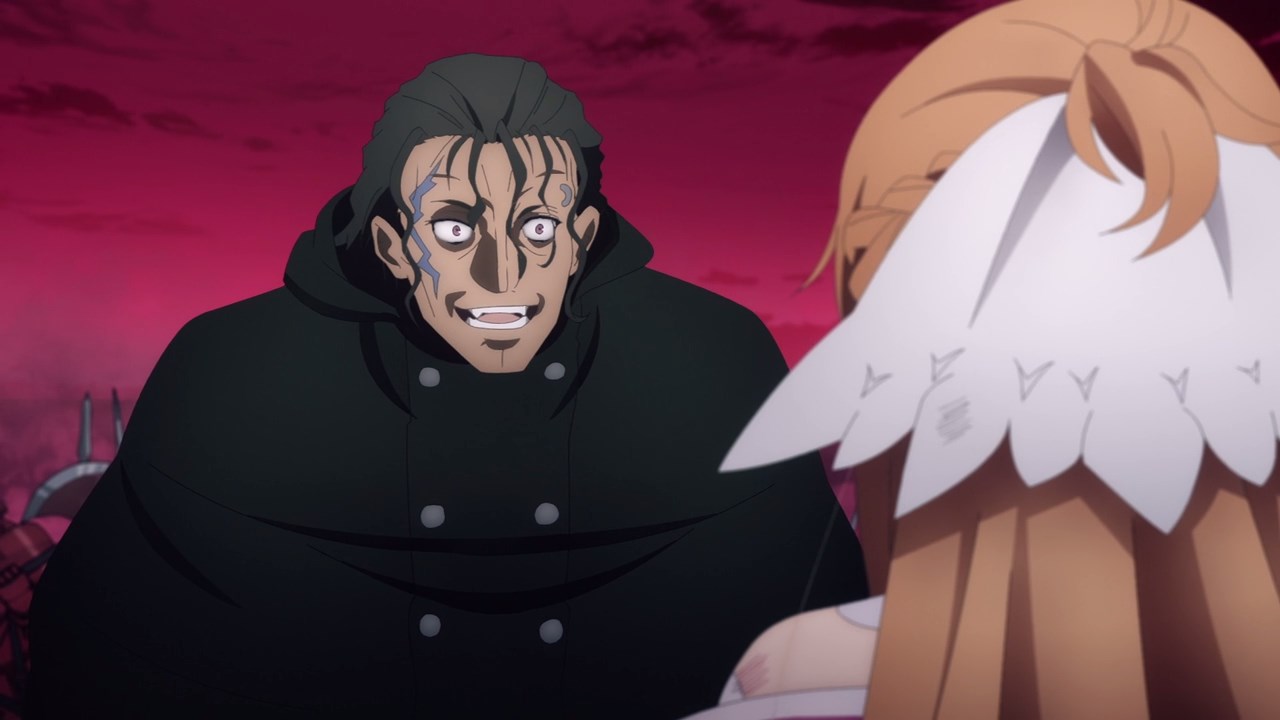 Anyways, here’s Vassago Casals or PoH where he’ll spare everyone if they agree to surrender. Man, I doubt it because Vassago will continue to kill everyone much like in SAO. 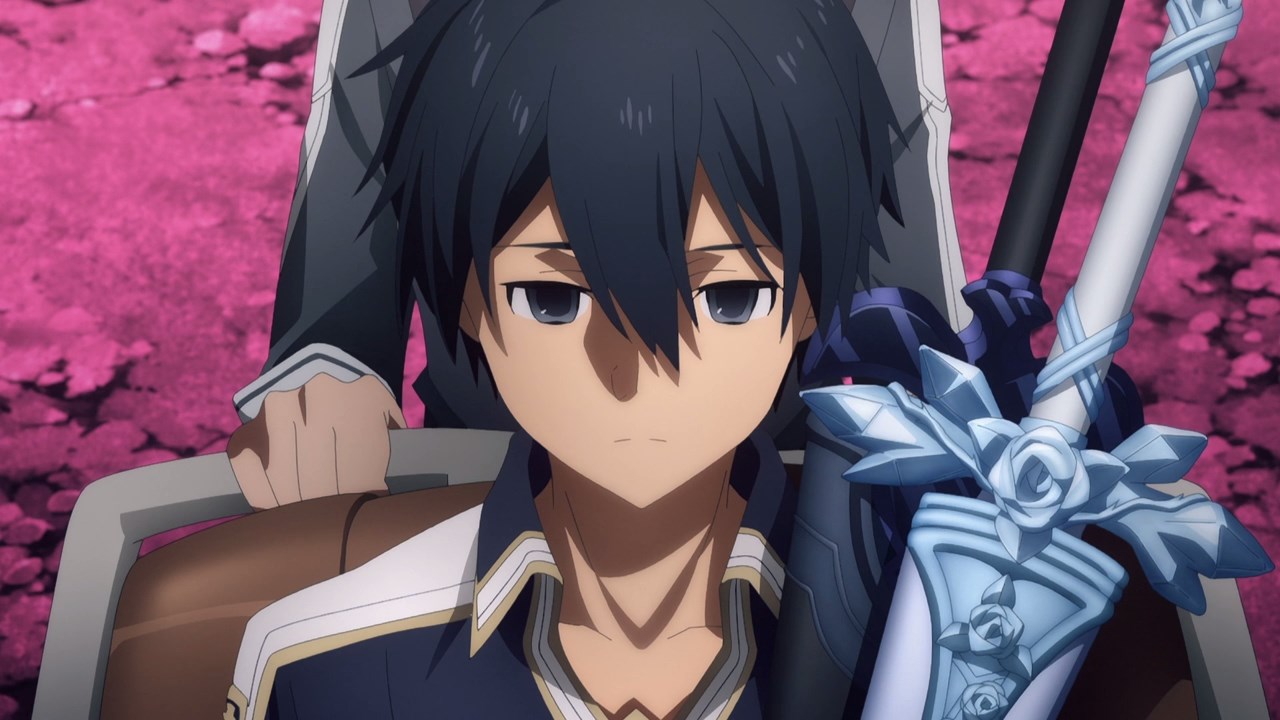 Oh and another request from PoH as he wants to see Kirito, which is not good because he’s gonna either kill Kirito or force him to watch as PoH will try something bad towards Asuna and the rest. God, if only Takeru Higa managed to wake his consciousness up! 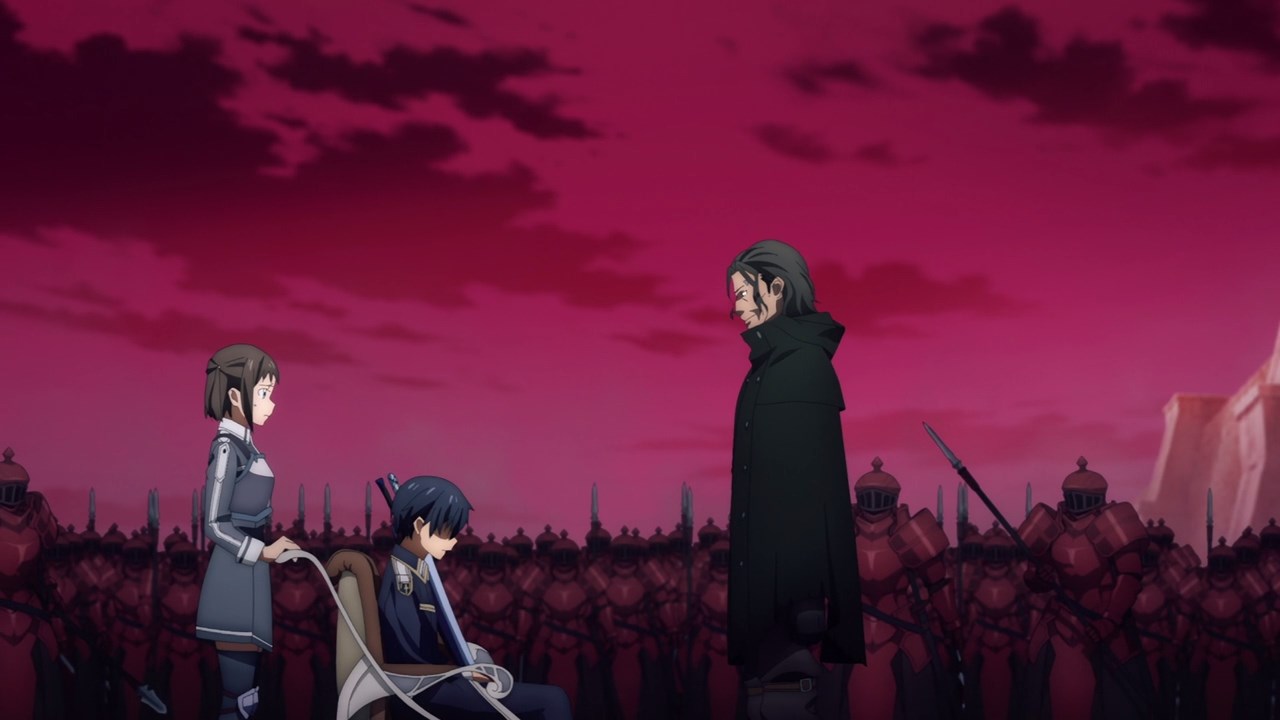 One more thing, remember the time in SAO when Kirito and his allies got a tip regarding the Laughing Coffin’s hideout? Turns out that it was actually PoH who give the tip just to make Kirito and the rest as murderers while getting away with it.

Man, it’s revolting to have Vassago Casals sacrifice his fellow assassins to save himself but with that said, I’ll see you next time and I wish someone would turn this situation around!