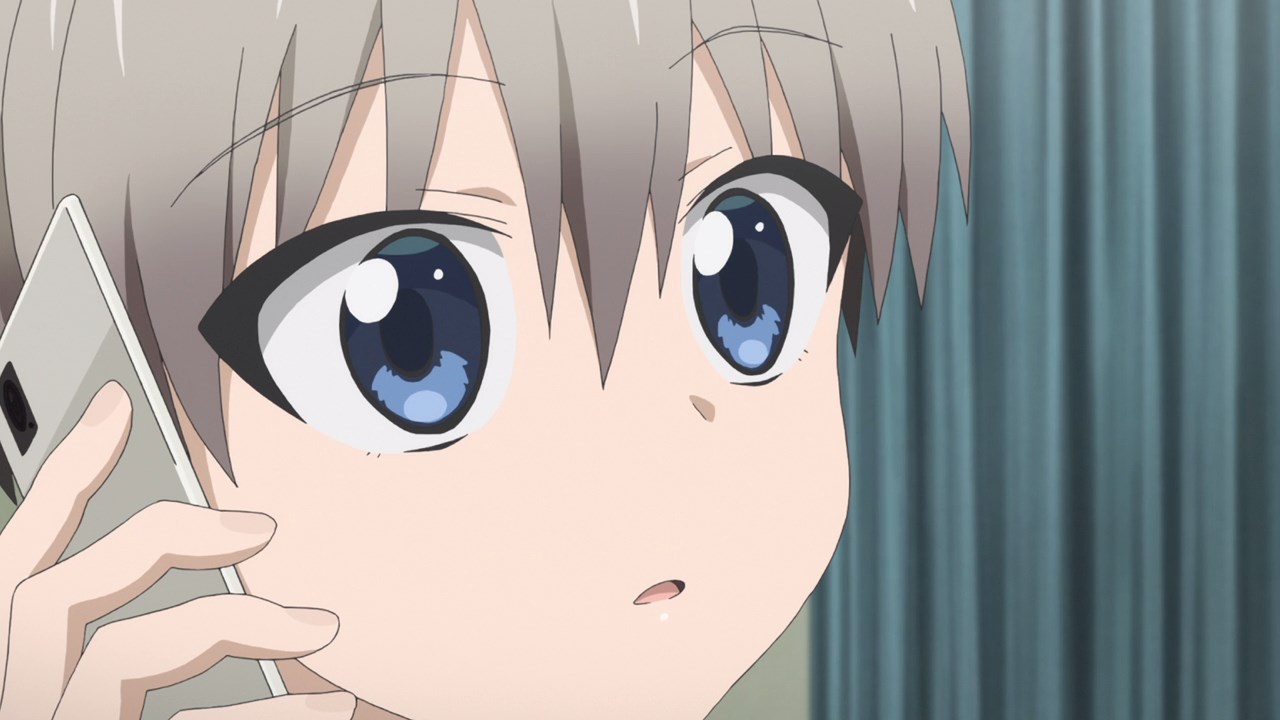 On this episode, Hana Uzaki got a call from Shinichi Sakurai where he desperately need her. Okay, what’s the deal with Sakurai lately and why he wants Uzaki to be with him? 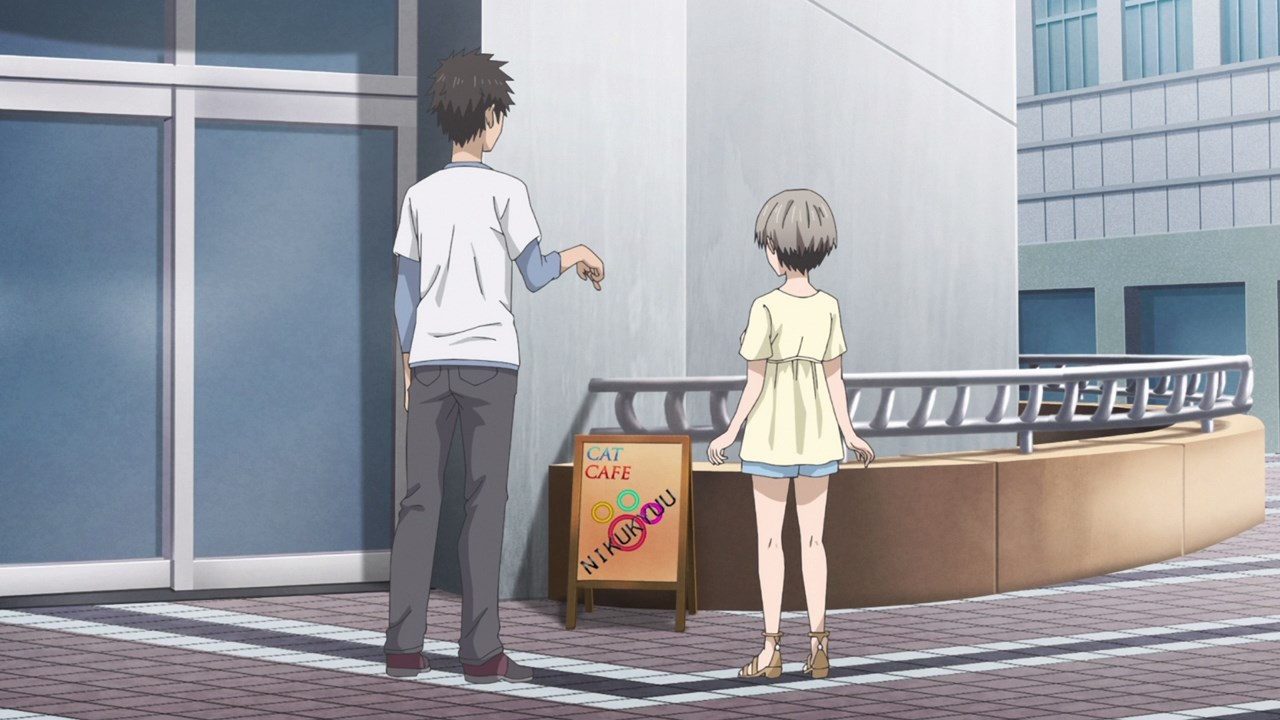 Oh, Shinichi wants to go to a cat cafe as he’s too shy to go there by himself. Oh really Sakurai, a tough guy like you is asking Uzaki-chan for help to go into the cat cafe? 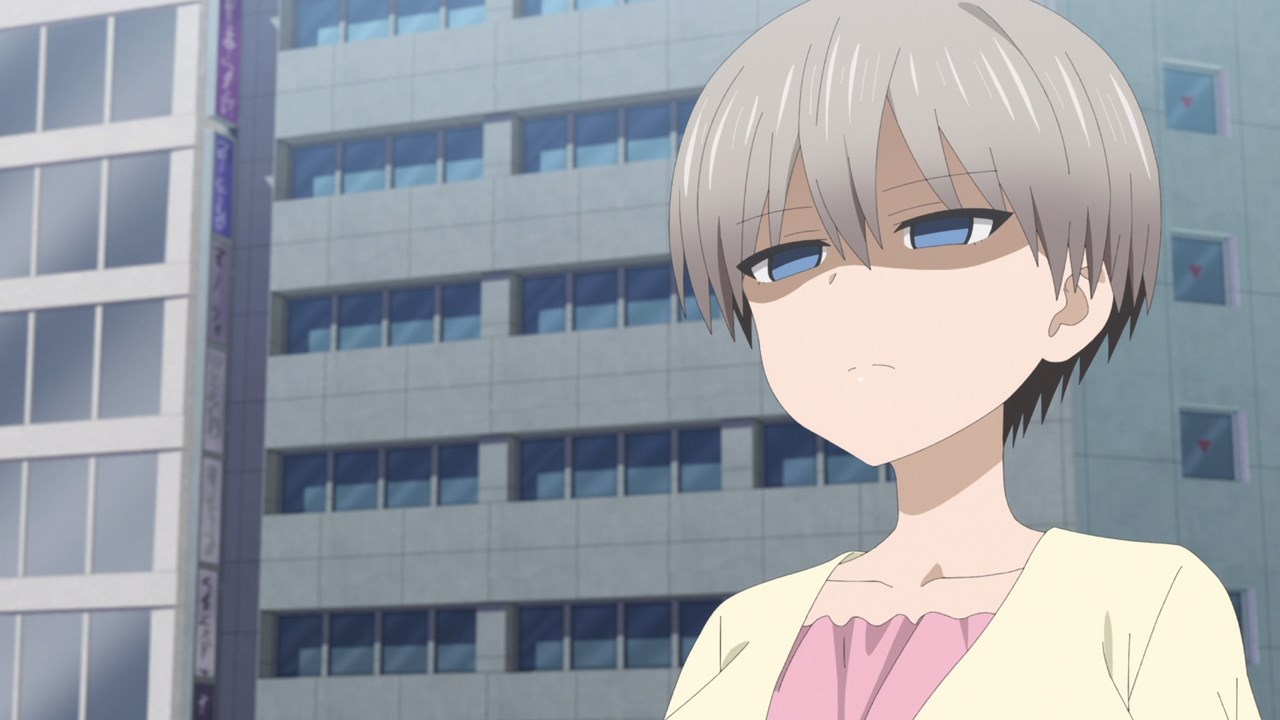 And speaking of Hana Uzaki, looks like she’s gonna bully him later because Shinichi Sakurai is one lame sempai! 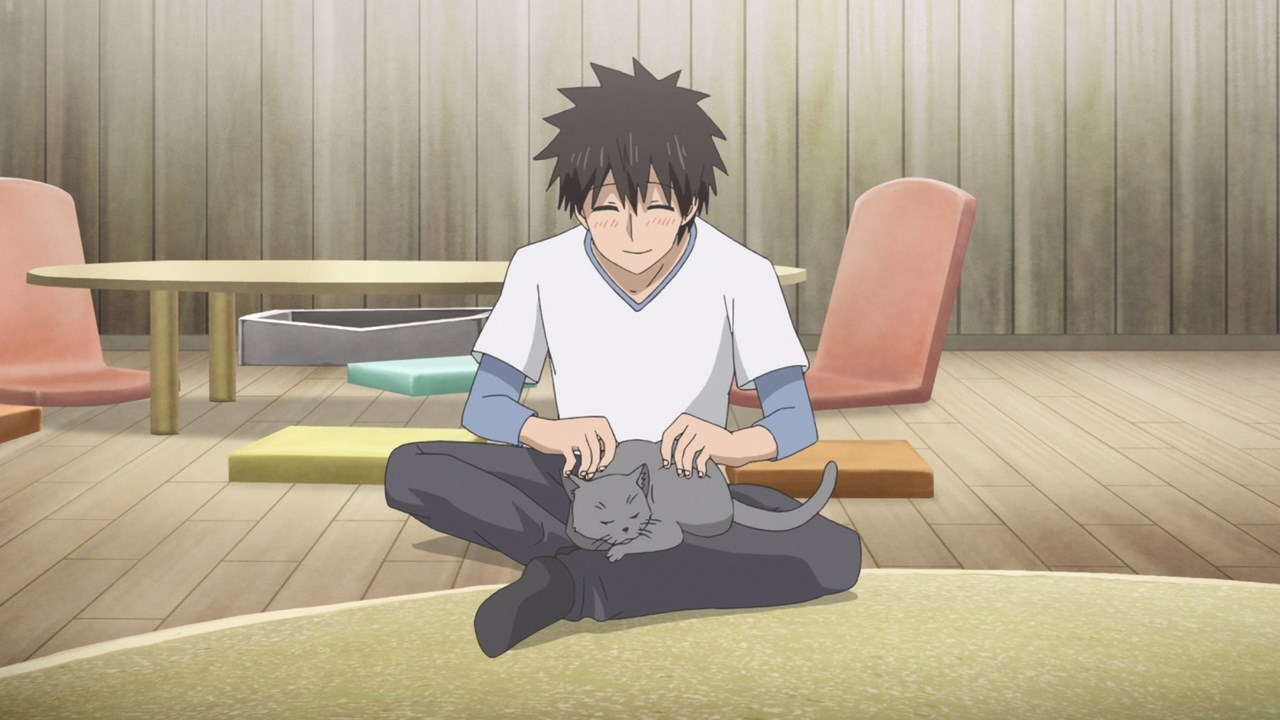 Anyways, Sakurai is happy that a cat is sitting on his lap. Despite having a scary face, Shinichi loves cats so much. 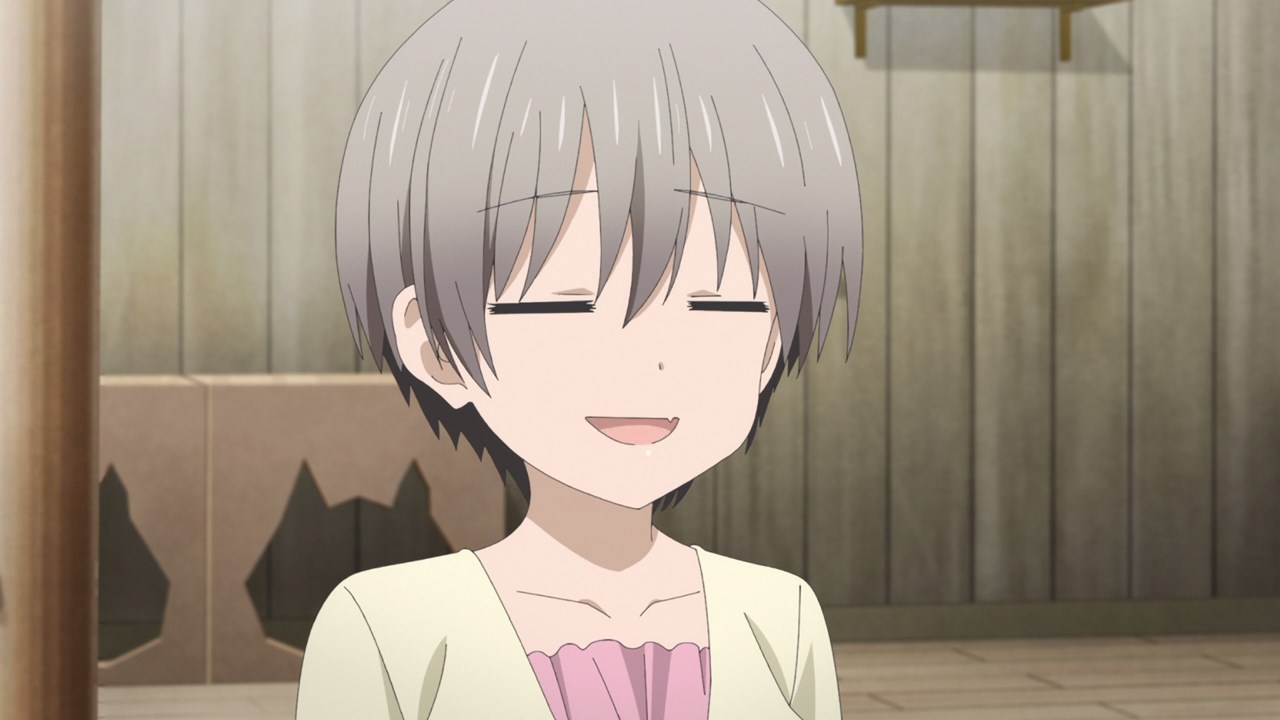 Of course, Hana Uzaki found it very creepy because there’s no way a former swimmer like Sakurai-sempai is very fond towards cats. 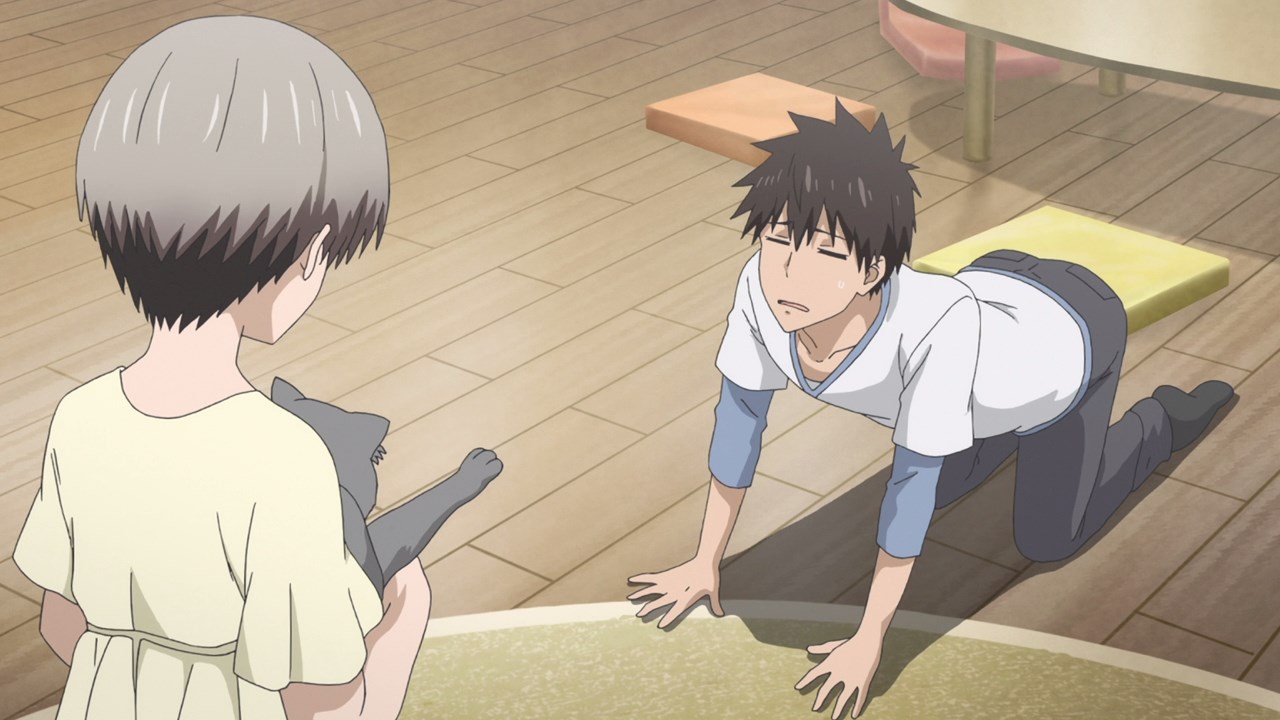 Unfortunately for Sakurai-sempai, looks like he got leg cramps after sitting cross-legged for far too long. Oh I have a bad feeling about this! 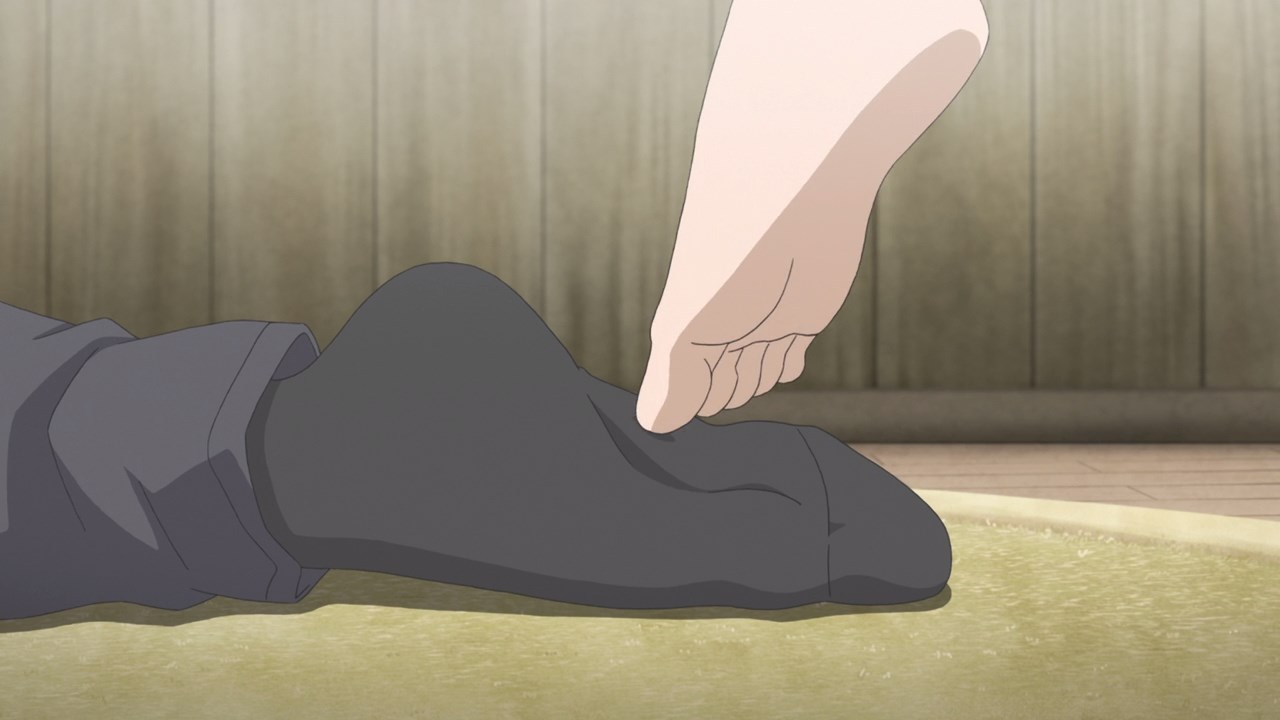 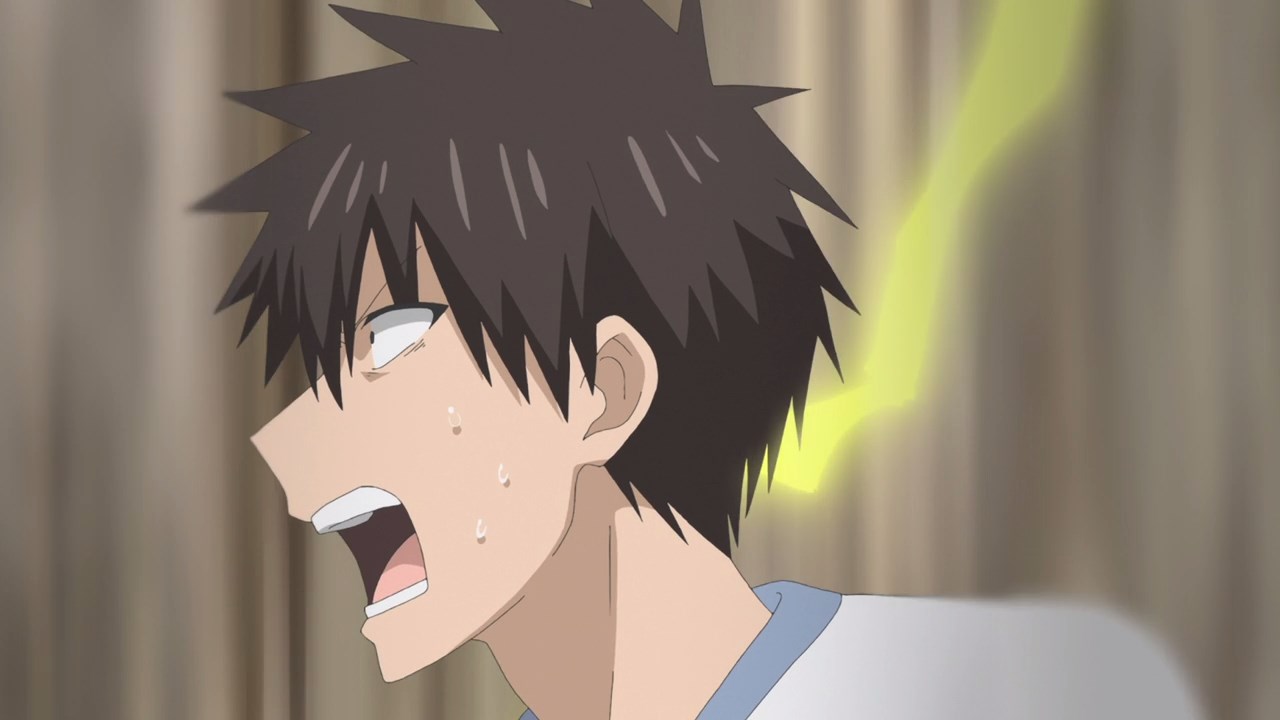 And so, Shinichi Sakurai felt the jolt of pain as his foot is being poked by Hana Uzaki. Oh, she really wants to tease him so much! 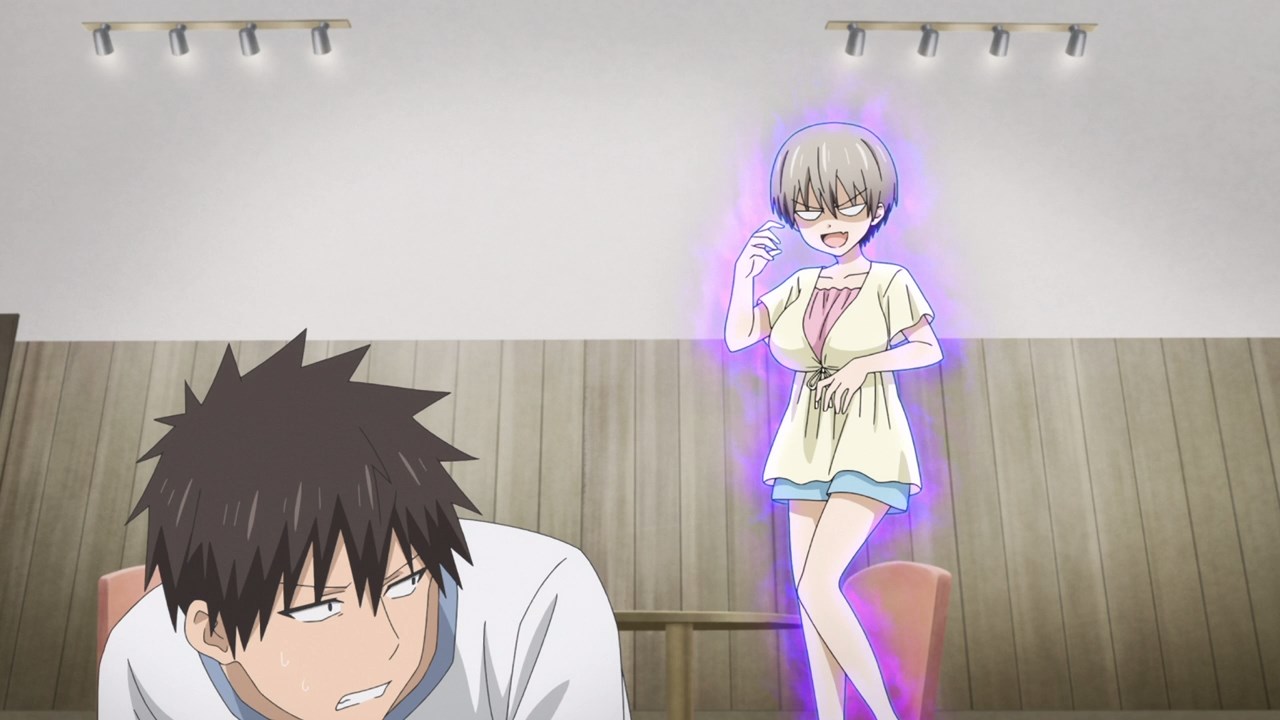 Oh well, at least Shinichi Sakurai had much fun at the cat cafe, although he’ll have to go by himself next time. 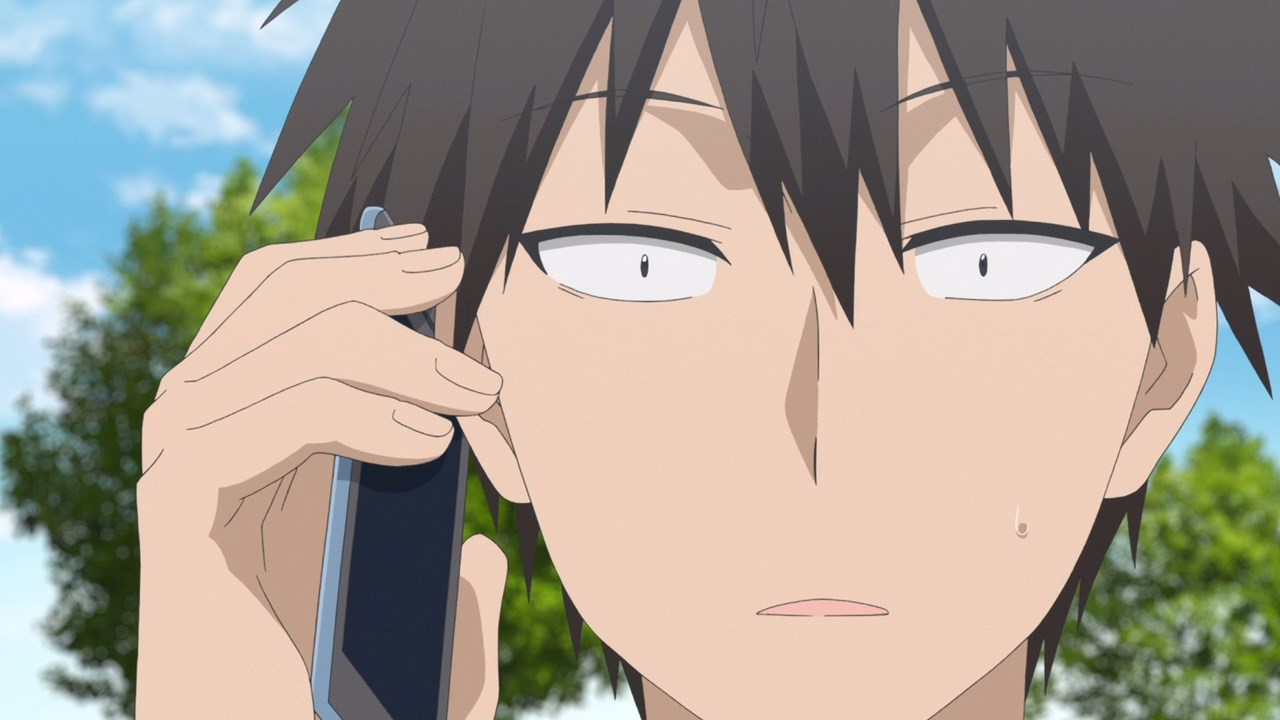 But speaking of Sakurai, he got a call from Uzaki where she desperately need him. Okay, I feel some deja vu right here… 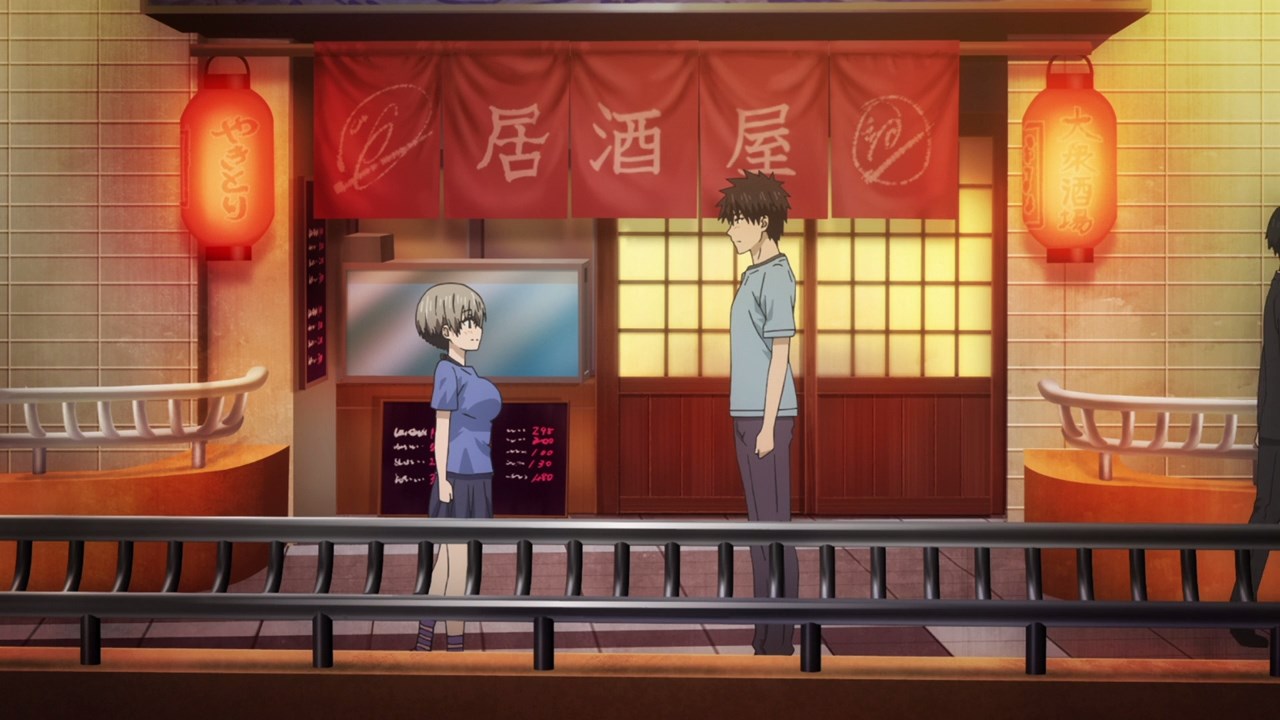 Well it turns out that Hana wants to go to an izakaya ’cause she recently turned 20 years old, but she’s too shy to go there by herself so Uzaki called Sakurai-sempai to accompany her.

Okay, that’s reasonable enough for Hana Uzaki to be joined by a responsible guy like Shinichi Sakurai. I mean, it would be bad if she joined a sketchy drinking party. 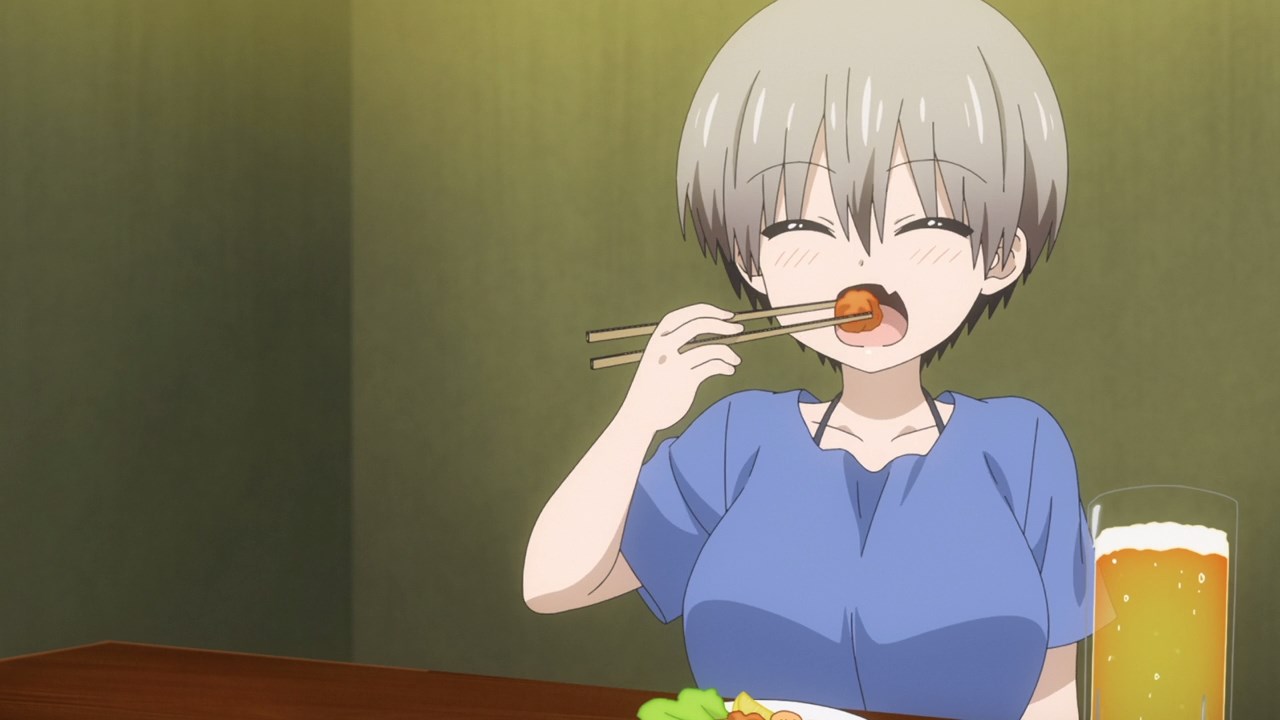 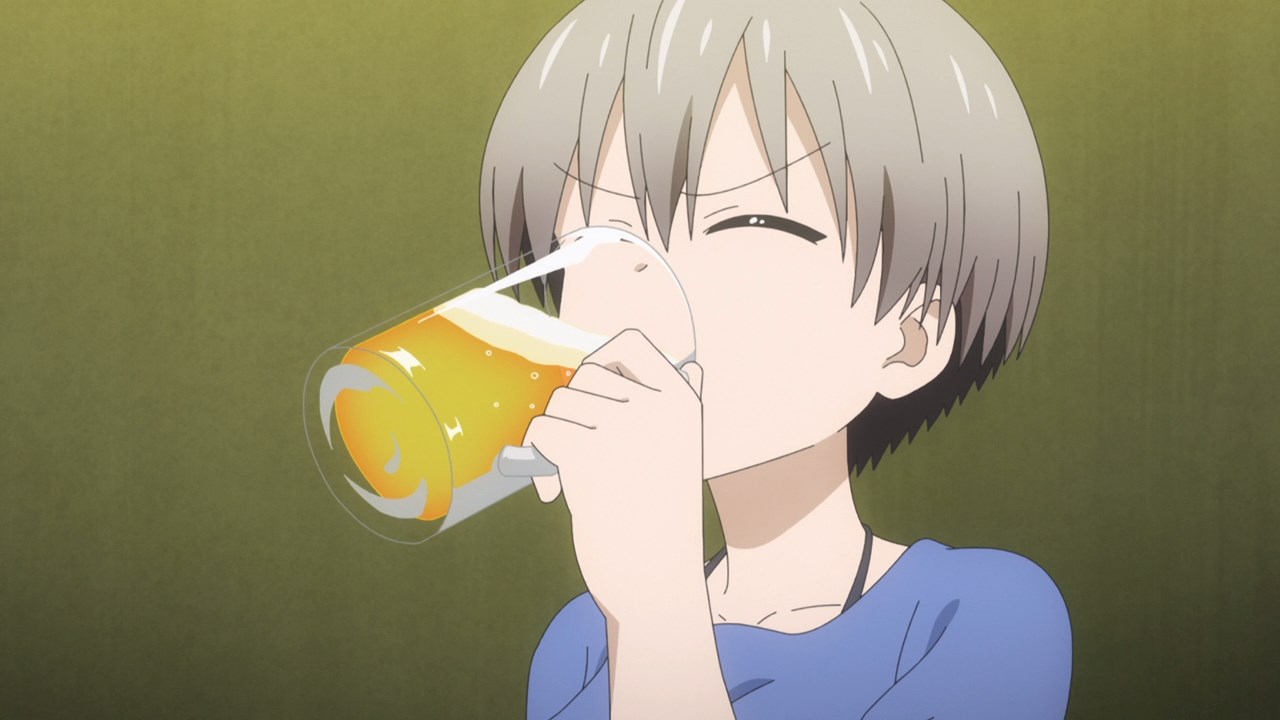 So with that said, it’s time for Uzaki-chan to chow down some chicken karaage and chug it all down with a mug of beer. Let’s hope that she won’t drink too much. 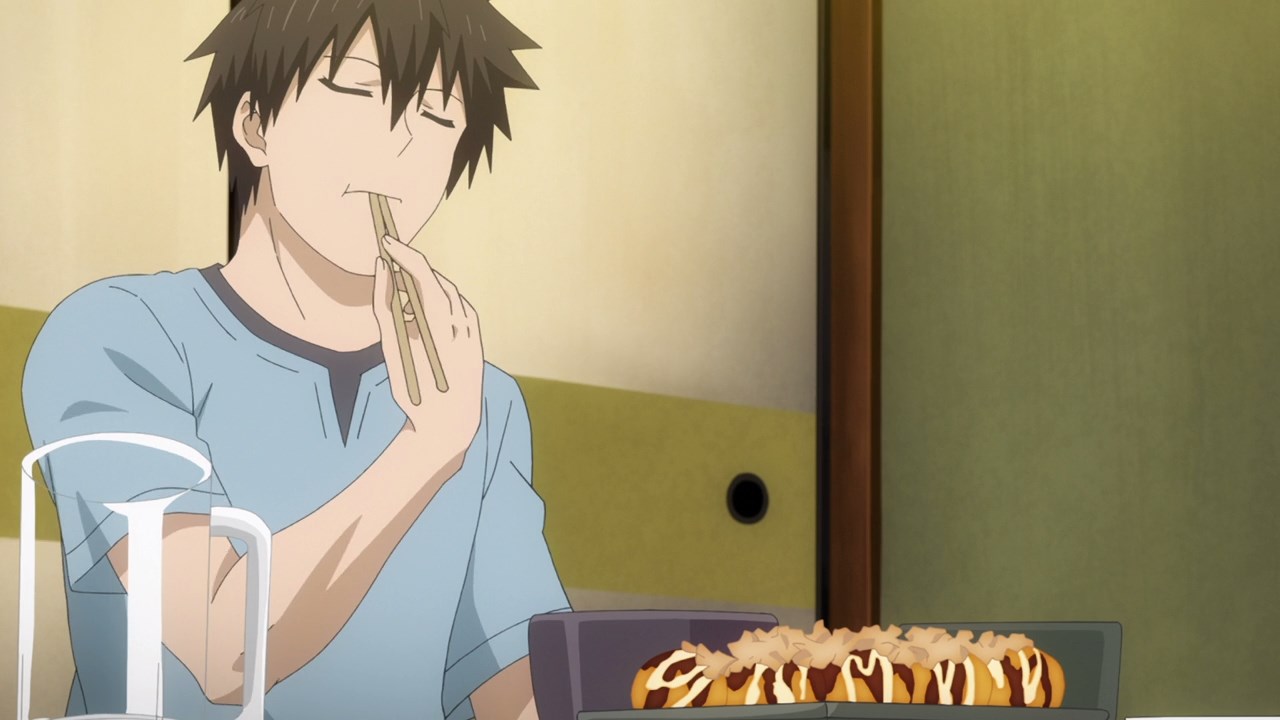 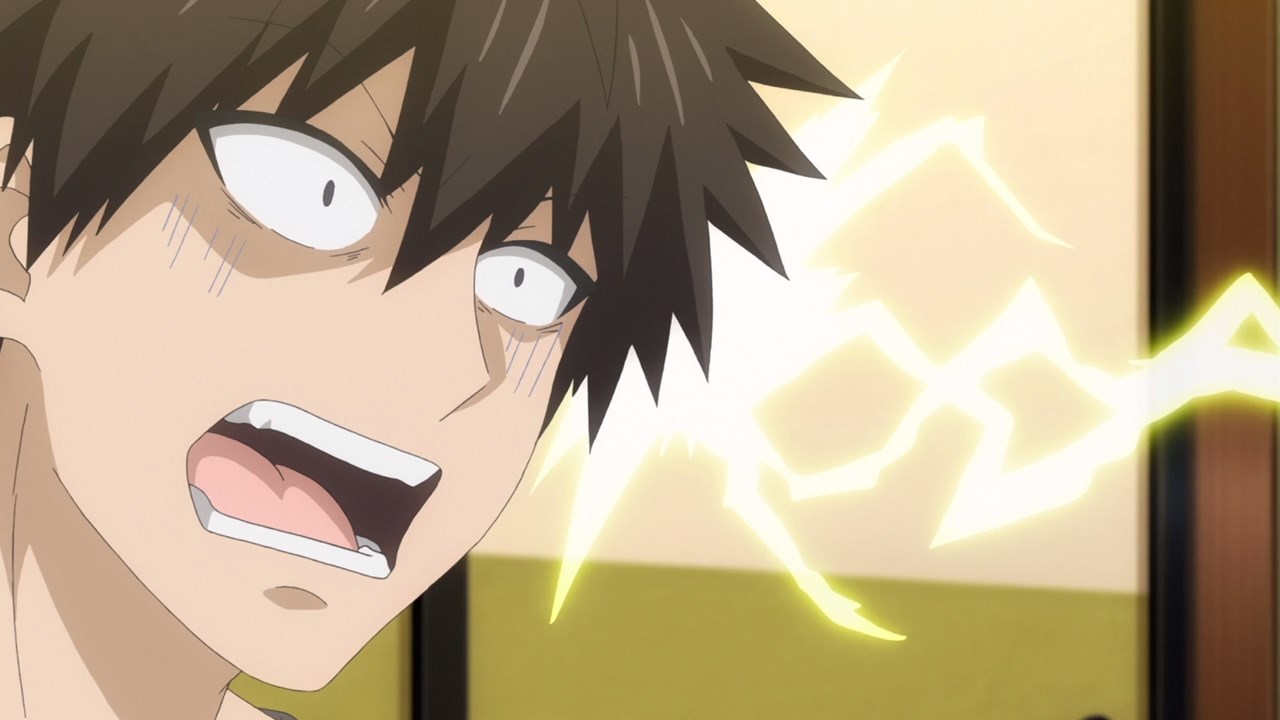 As for Sakurai-sempai, it appears that he ate something real spicy. Oh boy, I bet that Uzaki-chan ordered something nasty for Shinichi. 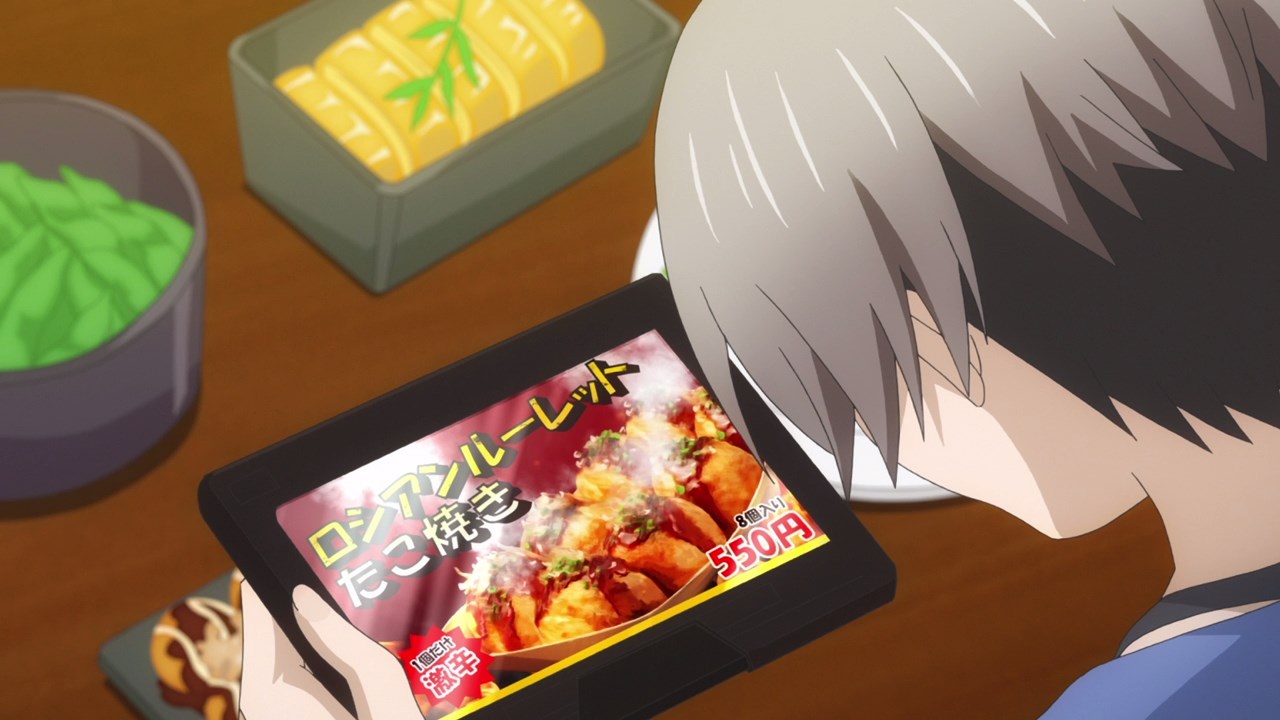 Turns out that she actually ordered a Russian Roulette Takoyaki platter where one of the balls has some ultra-spicy hot sauce in it. Oh you cheeky little girl! 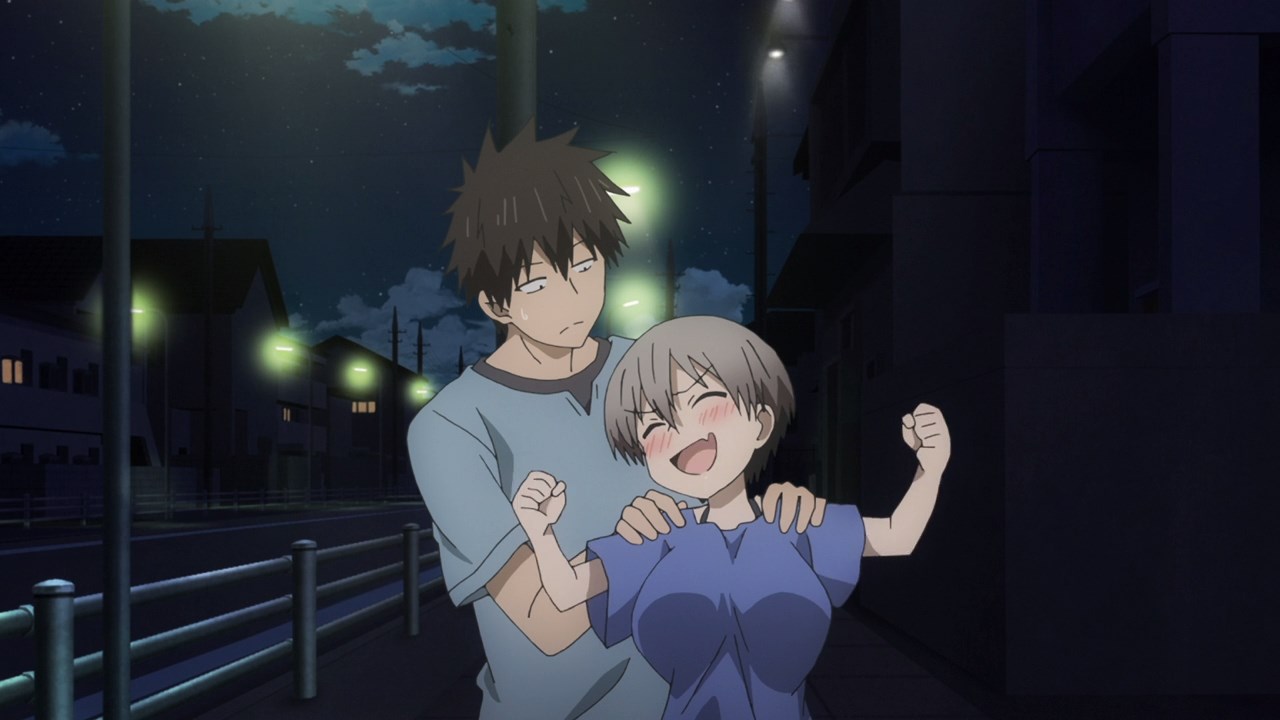 Unfortunately for Uzaki-chan, looks like she drank too much alcohol on her birthday that she can’t go home by herself.

Oh and even worse is that Shinichi Sakurai doesn’t have any money to call a taxi cab, which means that he’ll have to take Hana to his apartment. 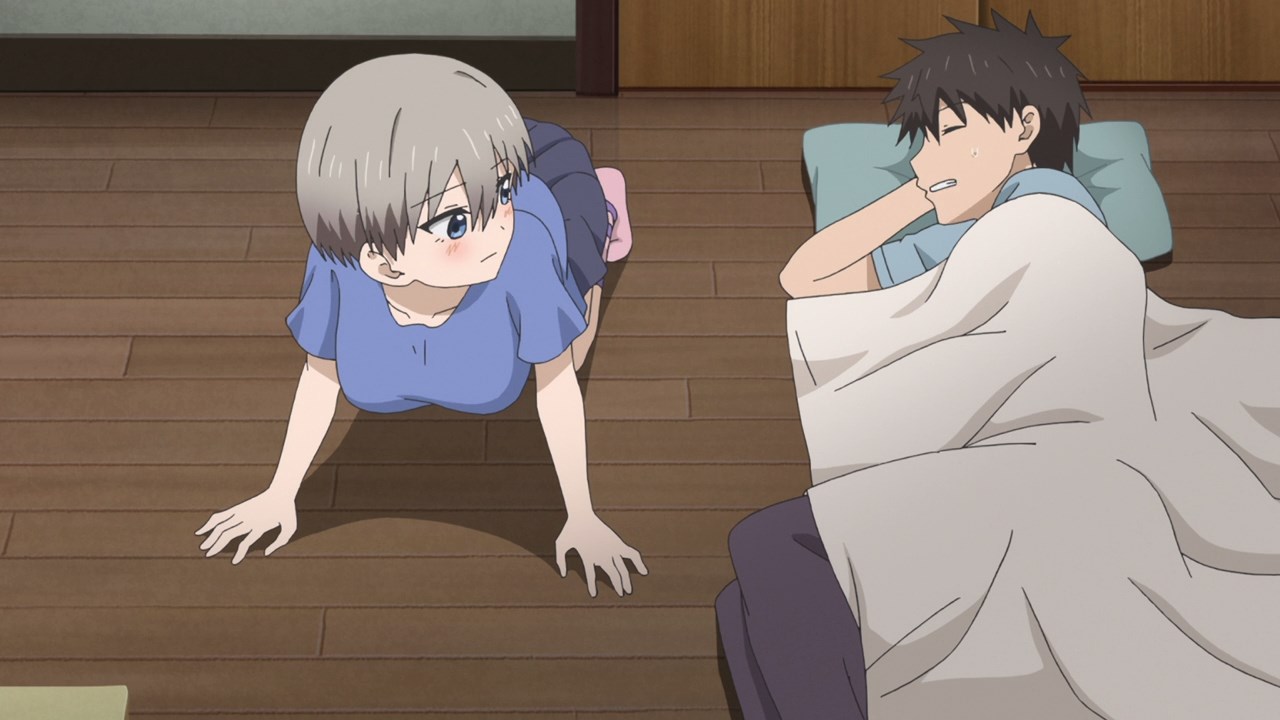 But even then, the hardest part for Sakurai is to sleep while Uzaki is nagging him to play some video games. Um Uzaki-chan, it’s pretty late in the morning y’know. 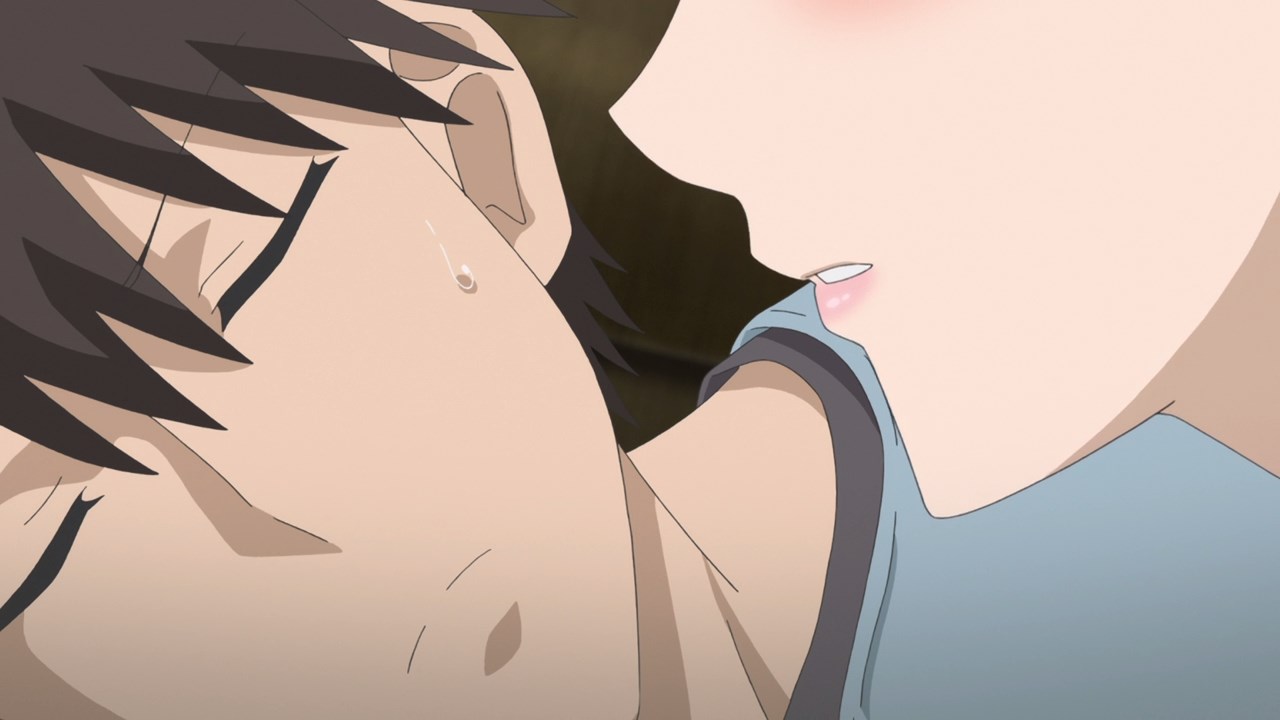 But who cares if Shinichi is trying to sleep as Hana is gonna wake him up with a kiss at the lips. Oh Uzaki-chan, you’re getting very tipsy today that you’re playing tricks on him! 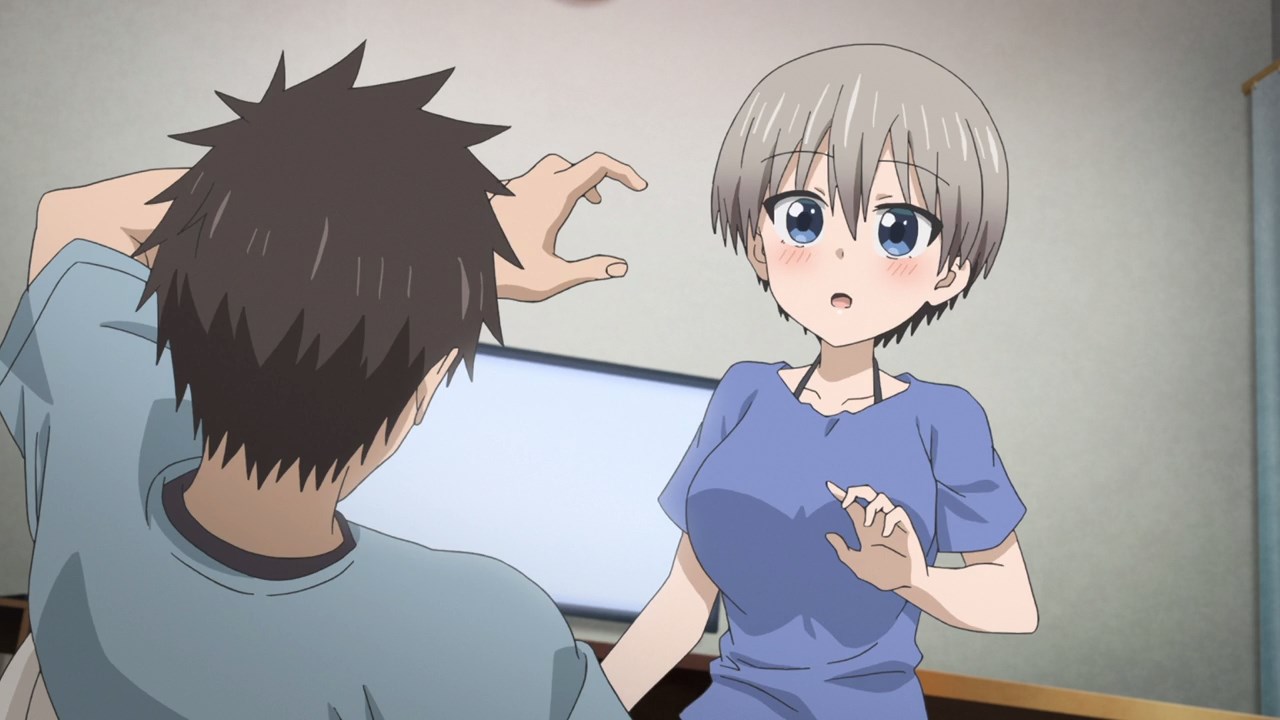 Sadly, she failed to kiss him as Sakurai got startled by her nasty prank. Of course, Hana Uzaki got sleepy afterwards so it’s all good there, right? 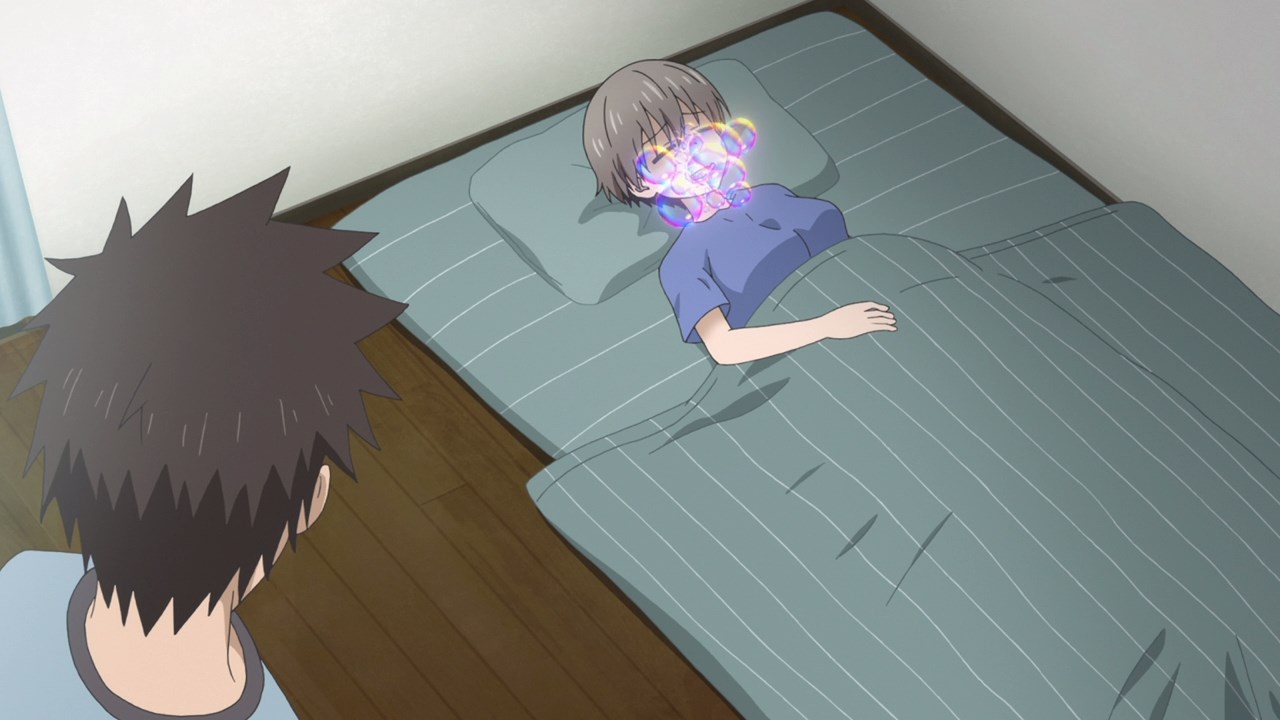 Um, wait till Uzaki-chan got a nasty hangover that she barfed when sleeping at Shinichi’s futon. Oh yeah, and do you know that he doesn’t have a spare one?

Oh well, looks like Sakurai will have to buy a new futon on the next episode. But anyways, happy birthday to Hana Uzaki!