Oh boy, looks like our pathetic protagonist Kazuya Kinoshita grabbed Ruka Sarashina’s boobies, something that he didn’t do towards Chizuru Mizuhara. 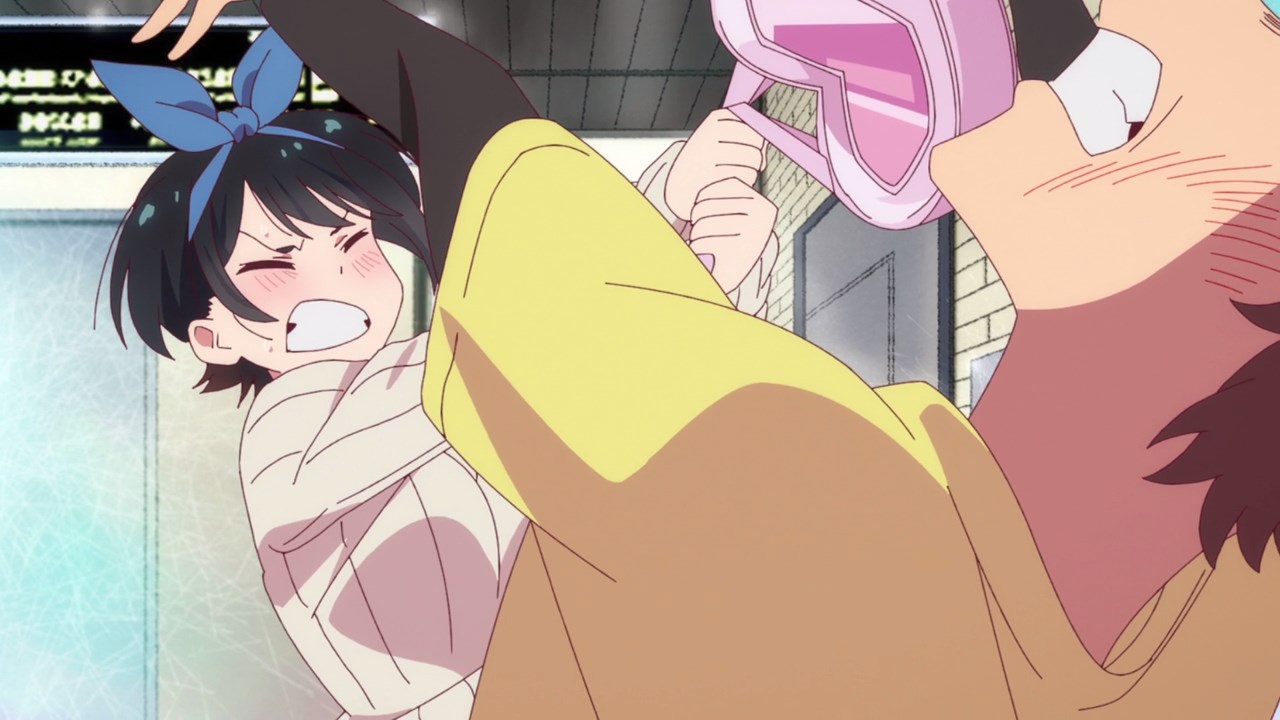 Naturally, Ruka smacked him in the face. You sir are not only an idiot, but a lech too! 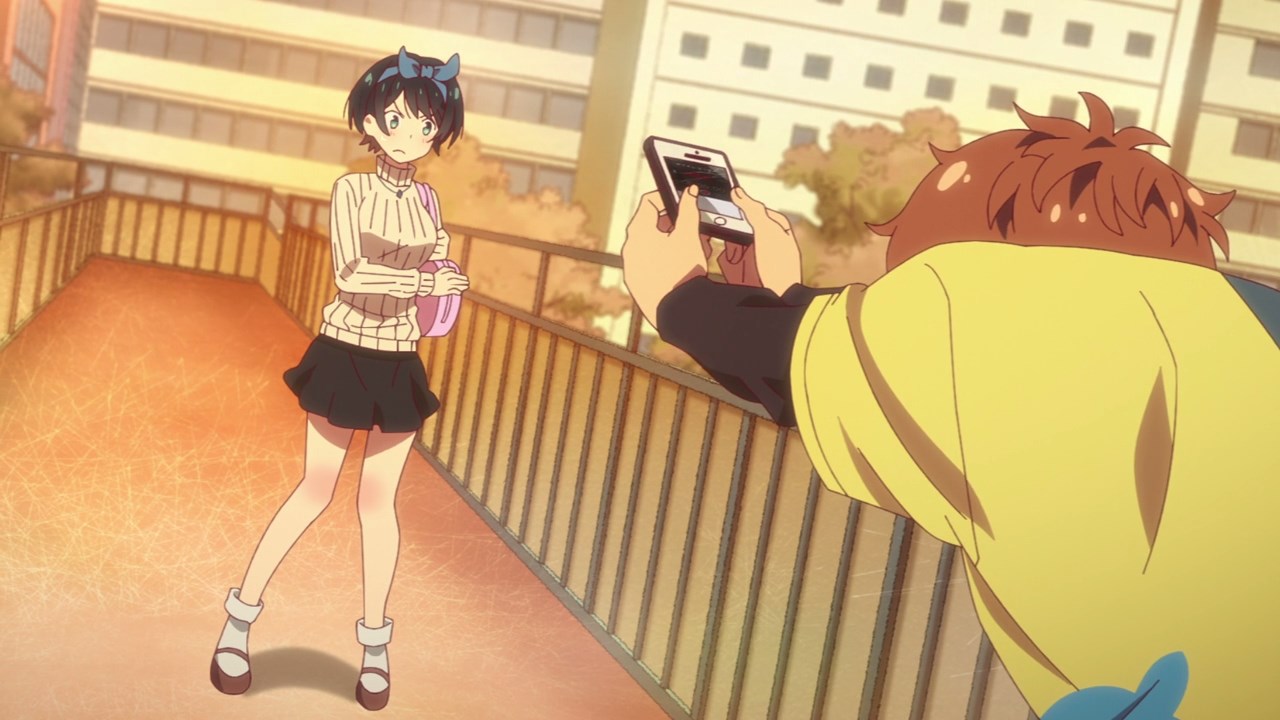 Still, Kinoshita won’t give up on Sarashina as he told her not to spill the beans about his fake relationship with Mizuhara, but Ruka will tell about it anyway because she’s one cheeky little bitch! 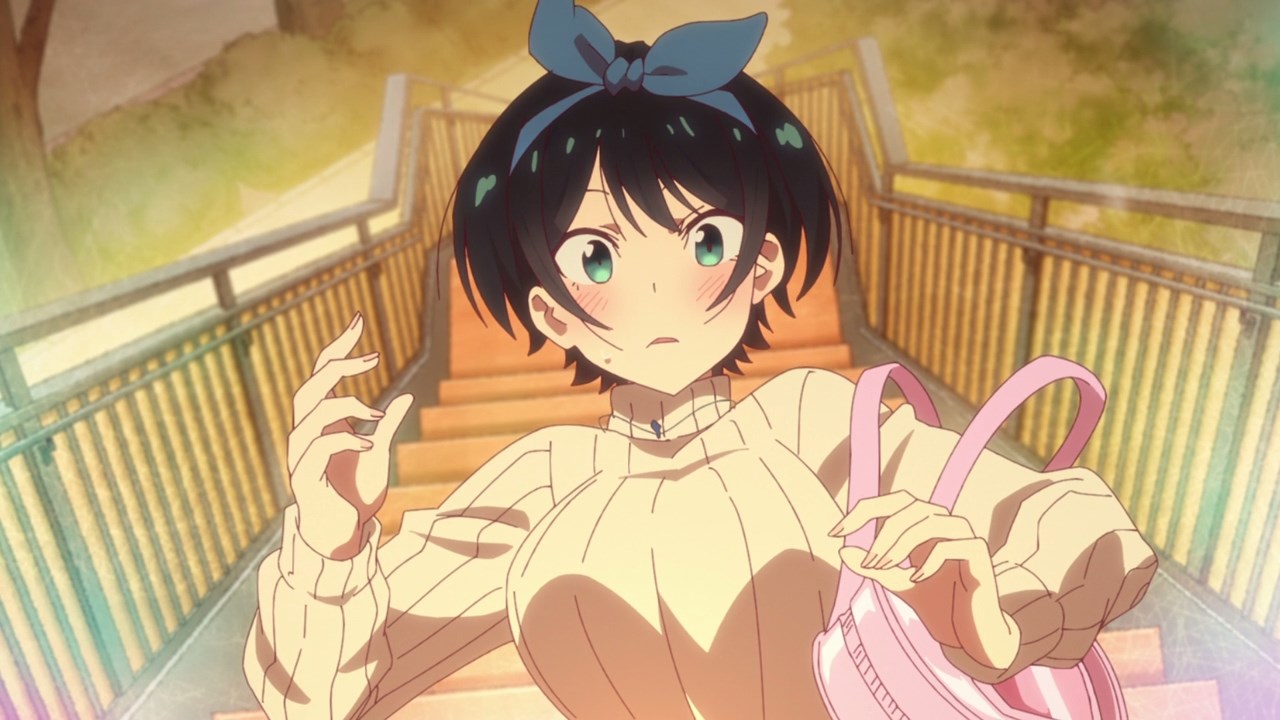 Unfortunately, Ruka fell down to the stairs and I’m sure that she’s gonna have amnesia or worse. 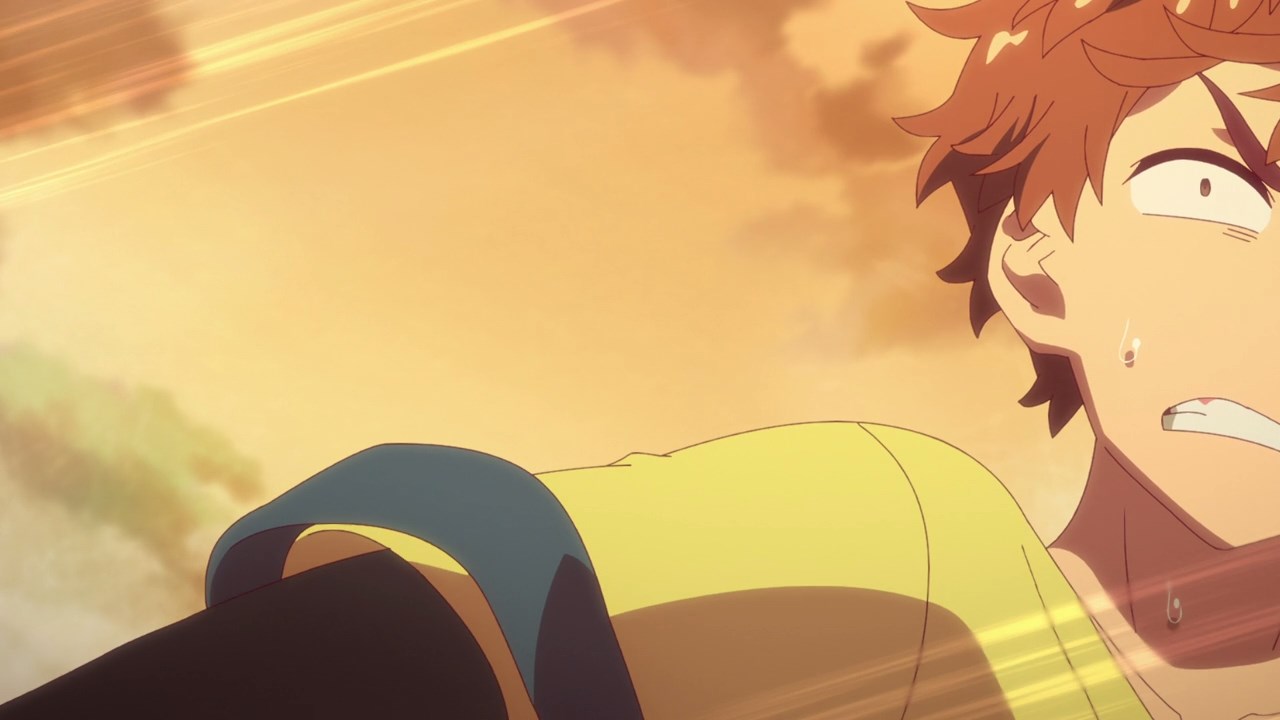 Well then, time for our simp protagonist to rescue Sarashina much like what he did to Mizuhara back in Episode 5. Then again, will Kazuya make it in time? 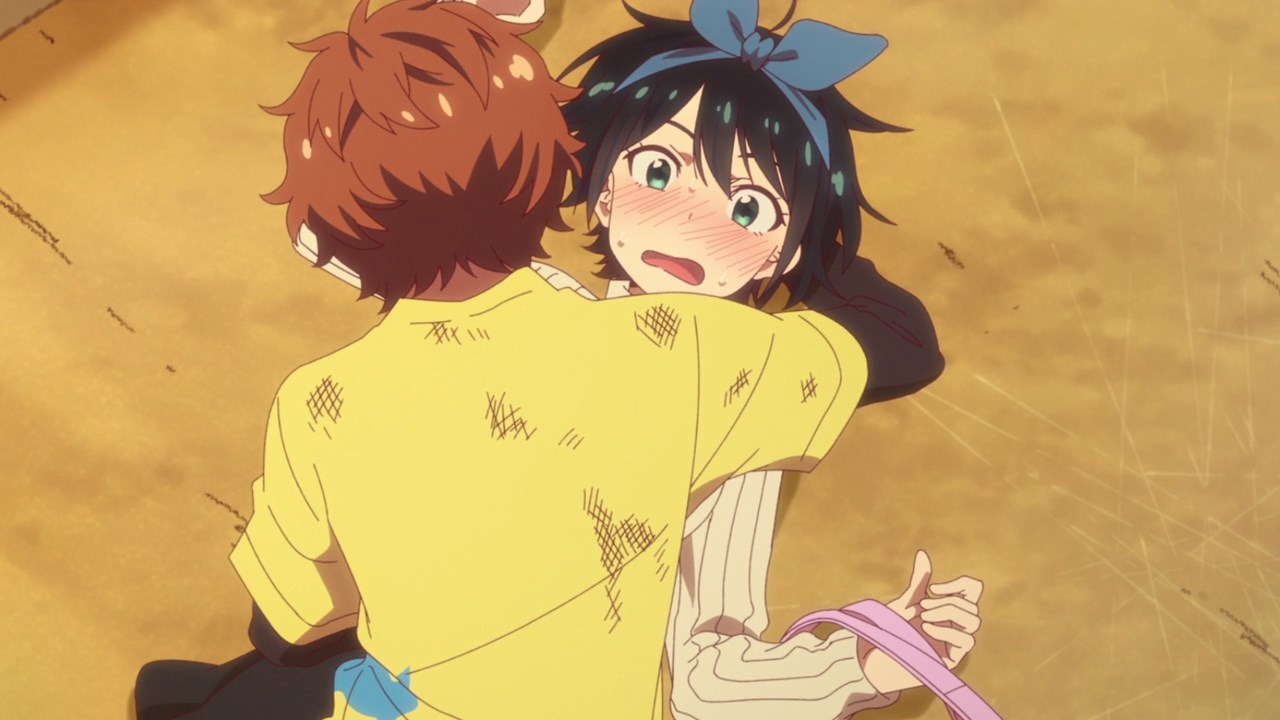 Of course, he managed to rescue Ruka but even then, he’ll have broken bones that might put him into a stretcher. But you know what, Kazuya will be fine! 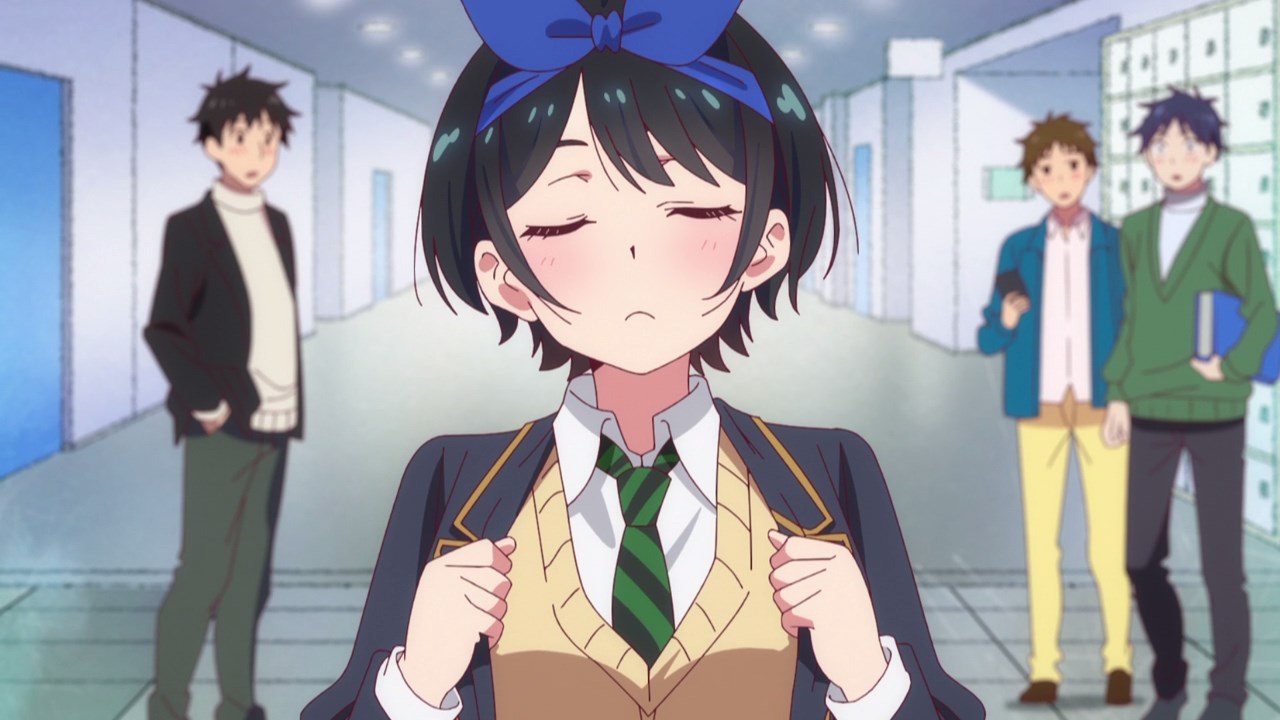 Because on the next day, Kinoshita encountered Ruka Sarashina inside the college campus. Seriously, why is this high school girl doing here? 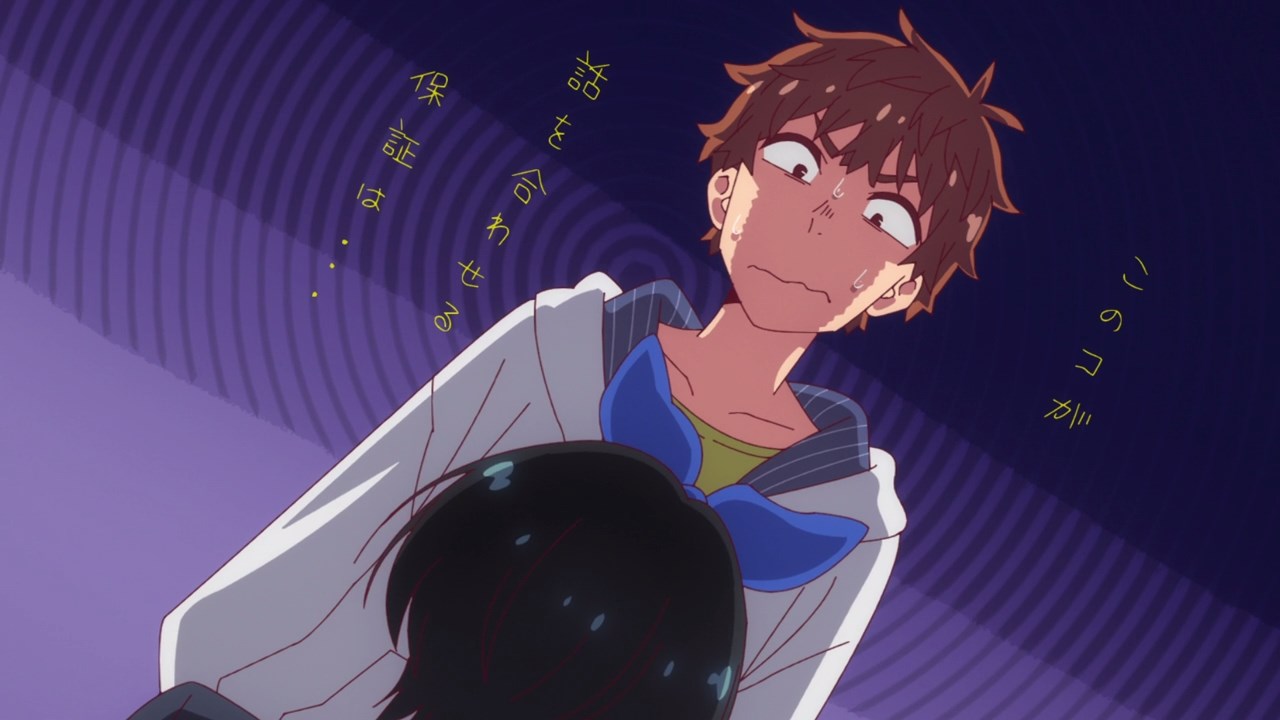 Also, here’s Kazuya Kinoshita where he made a full recovery after falling down the stairs, but now he’s worried that Shun Kuribayashi might see him together with Ruka-chan. 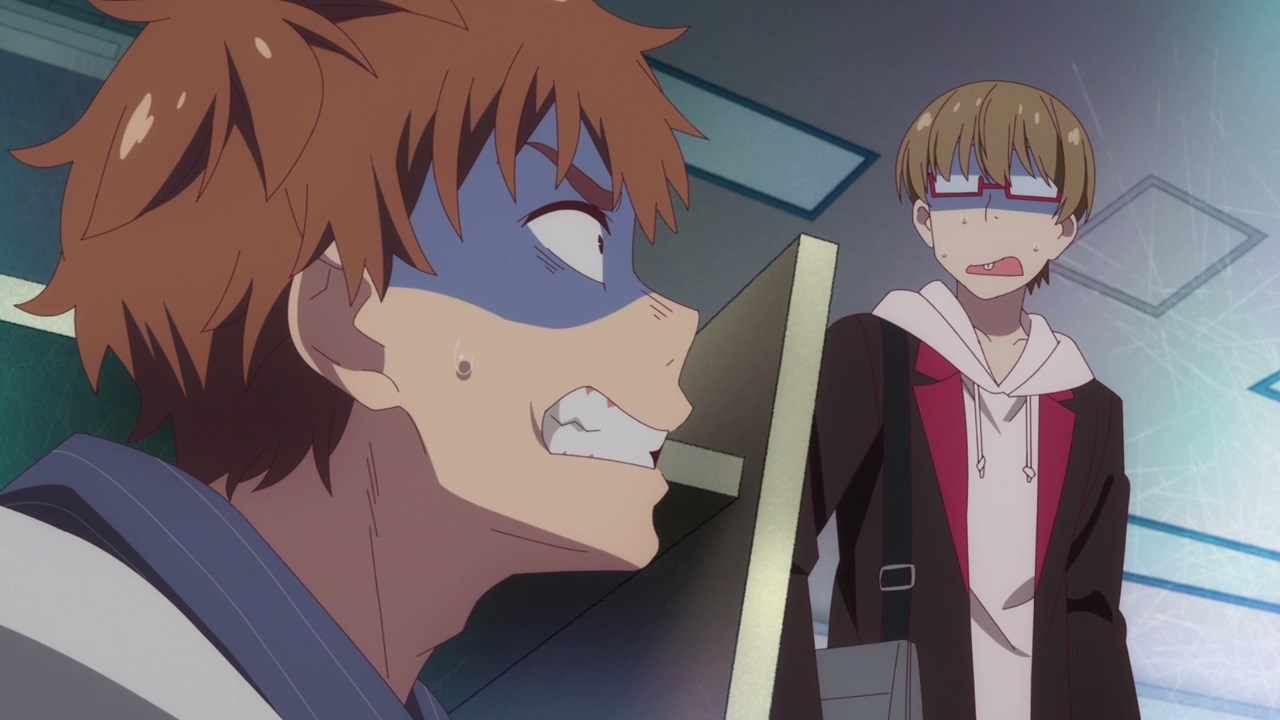 On second thought, Shun already saw him and Ruka-chan. Oh boy, Shun is gonna accuse Kazuya on cheating with Chizuru as he’s gonna steal Ruka away from Kuribayashi. 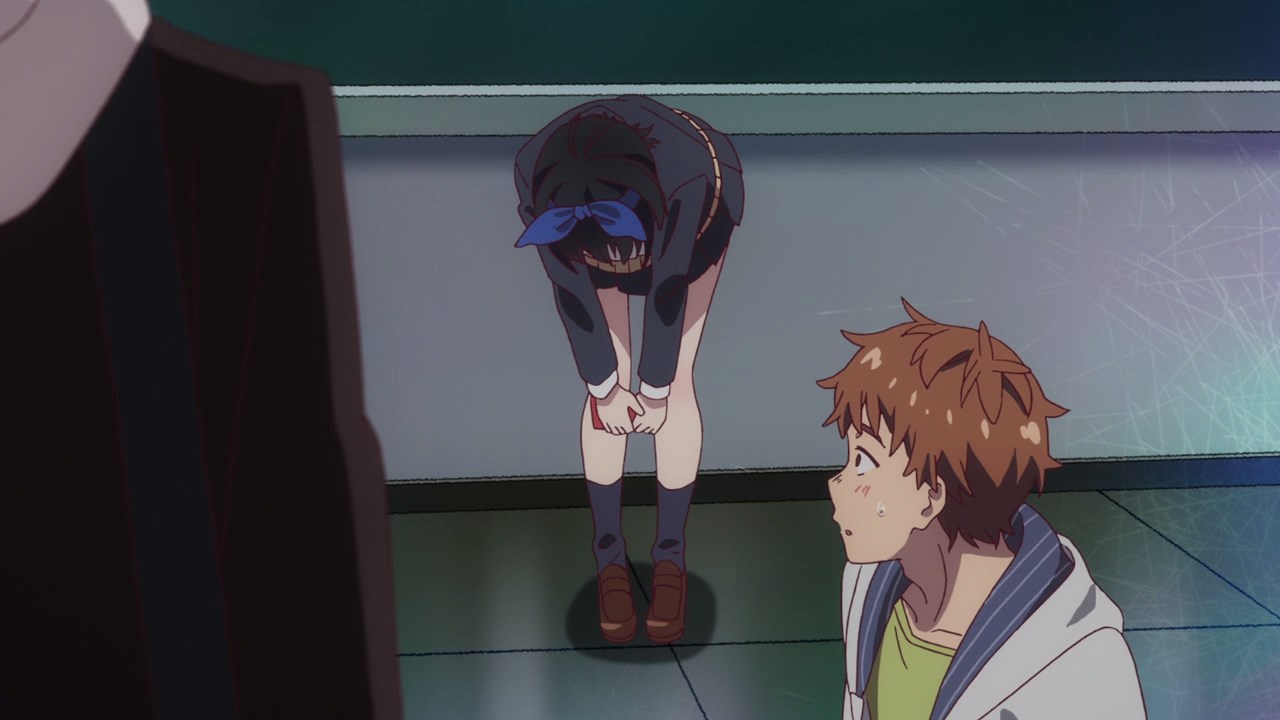 However, Ruka thanked Shun for his patronage as she’s gonna end her rental girlfriend contract with him.

Okay, I knew that Ruka Sarashina is actually a rental girlfriend much like Chizuru Mizuhara! 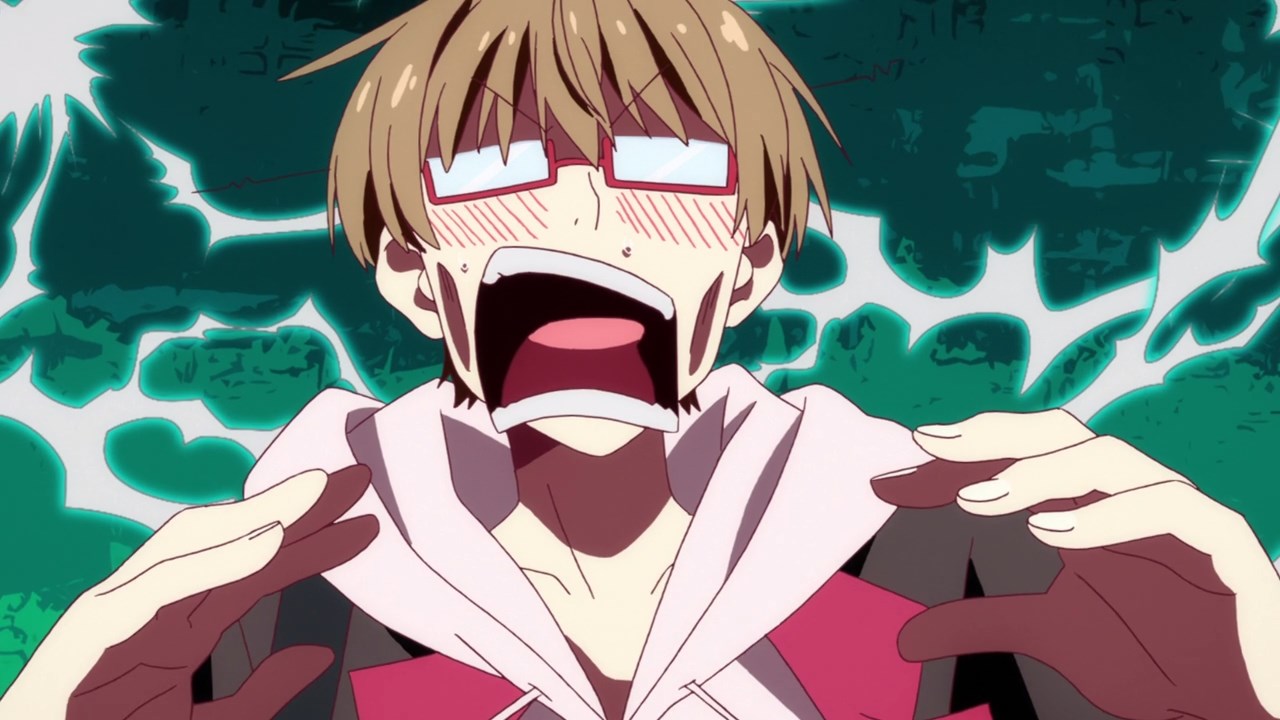 But speaking of Kuribayashi, looks like he’s in deep shock that his rental girlfriend left him.

Looks like he learned a hard lesson on never to fall in love with a rental girlfriend! Now if only Kinoshita learn it too… 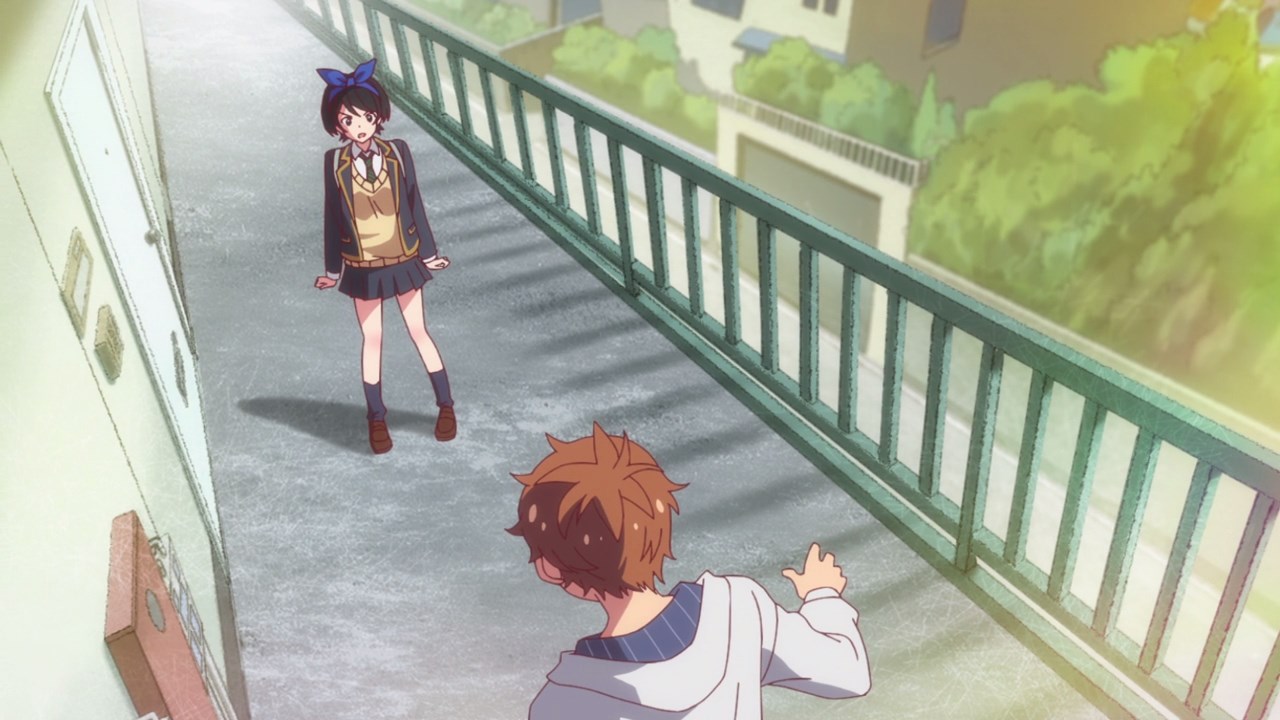 But let’s return to Ruka Sarashina where she wants to go out with Kazuya Kinoshita. Otherwise, she’s gonna expose everything regarding his relationship with Chizuru Mizuhara, including her location.

Okay Sarashina, you’re going too far with your demands and really, do you really love Kinoshita that you won’t dump him after a month? 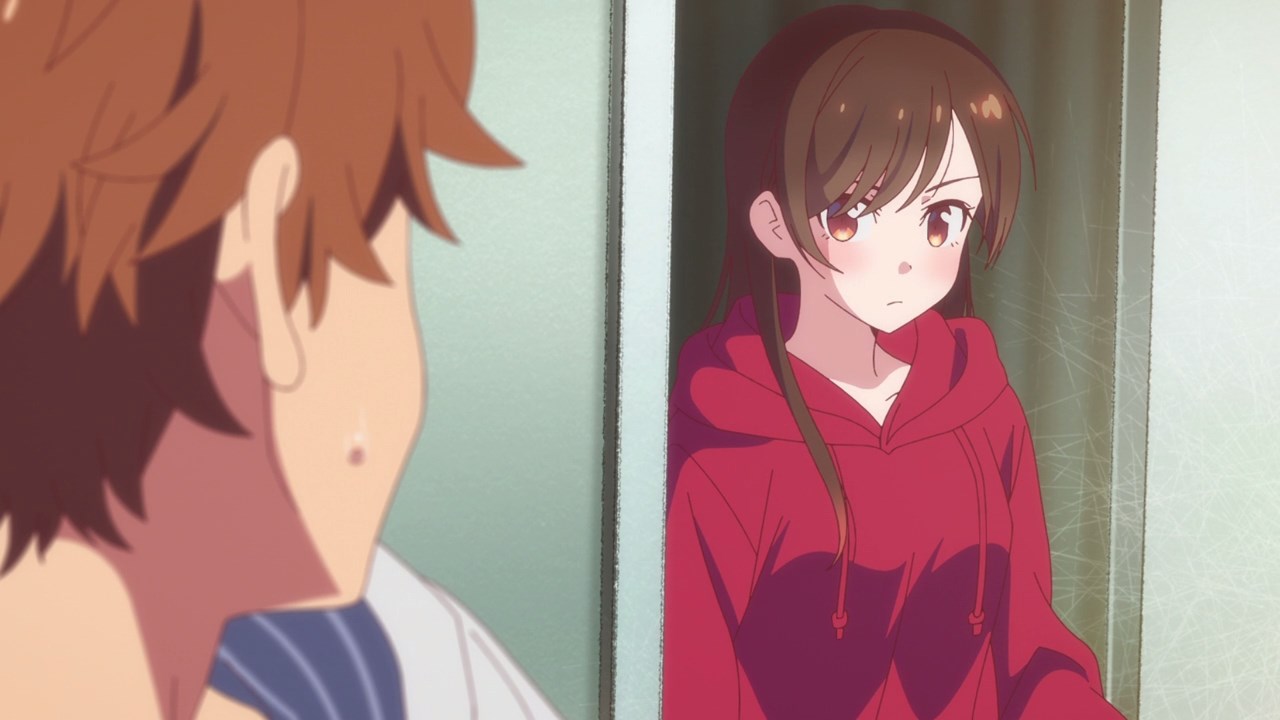 And speaking of Mizuhara, looks like she showed herself as she wants to have a word with Kinoshita. Oh boy, looks like Kazuya will have a nasty scolding from his rental girlfriend. 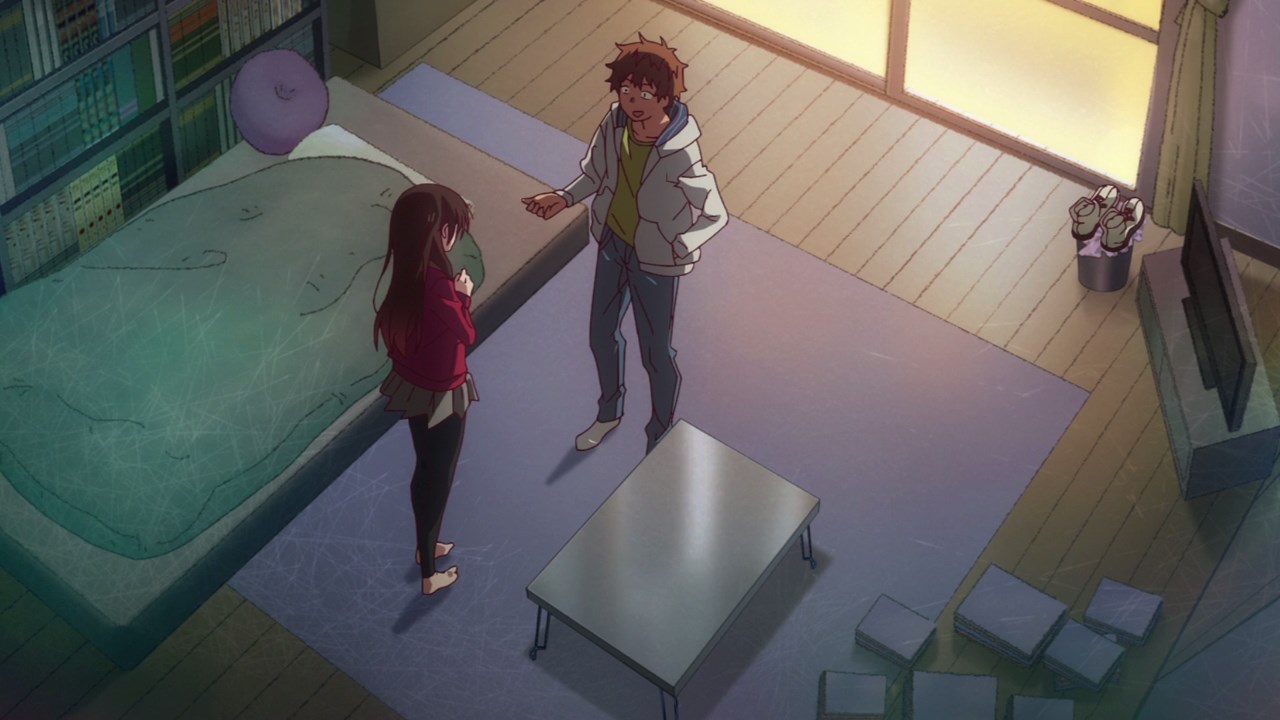 But in the end though, it looks like Kazuya has decided to swallow his pride and tell the truth that he rented a girlfriend in order not to make himself looked bad towards his friends.

After all, Shun Kuribayashi felt the same way as Kazuya Kinoshita when Mami Nanami dumped him, so he’ll have to do the right thing instead of continuing this farce. 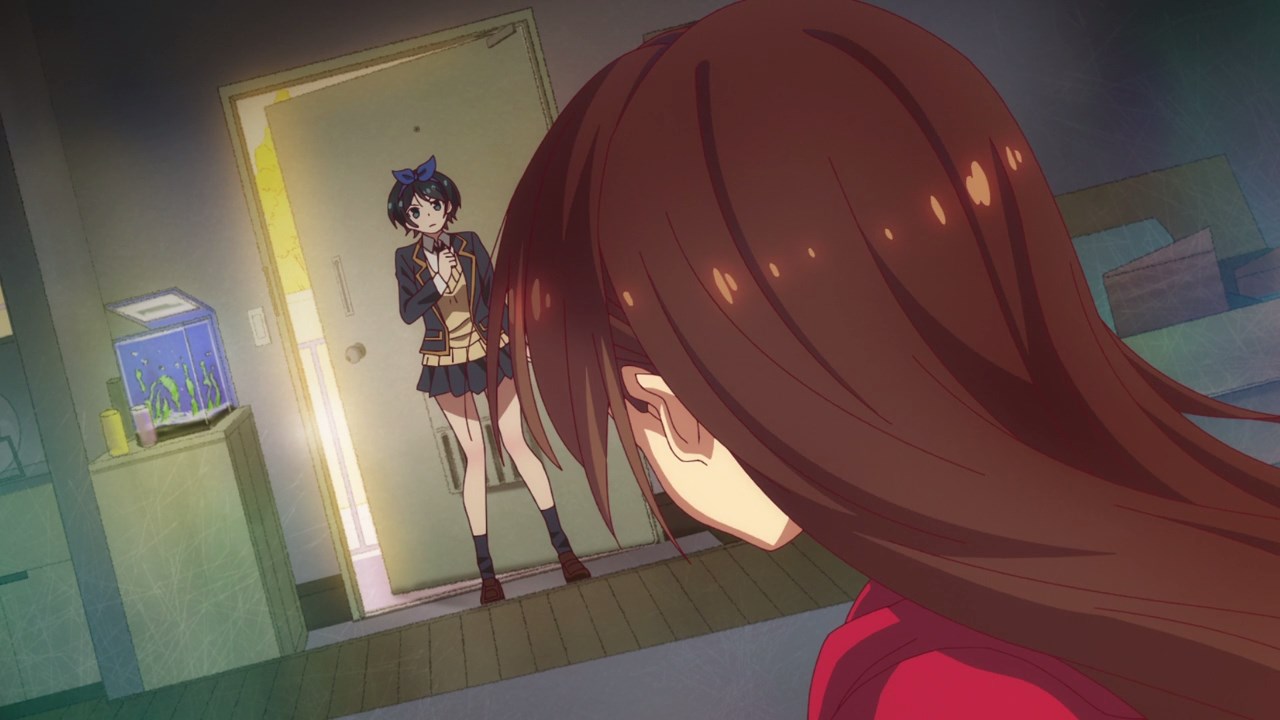 Unfortunately, their conversation got interrupted when Ruka Sarashina barged in with even knocking the door. The nerve from this girl. 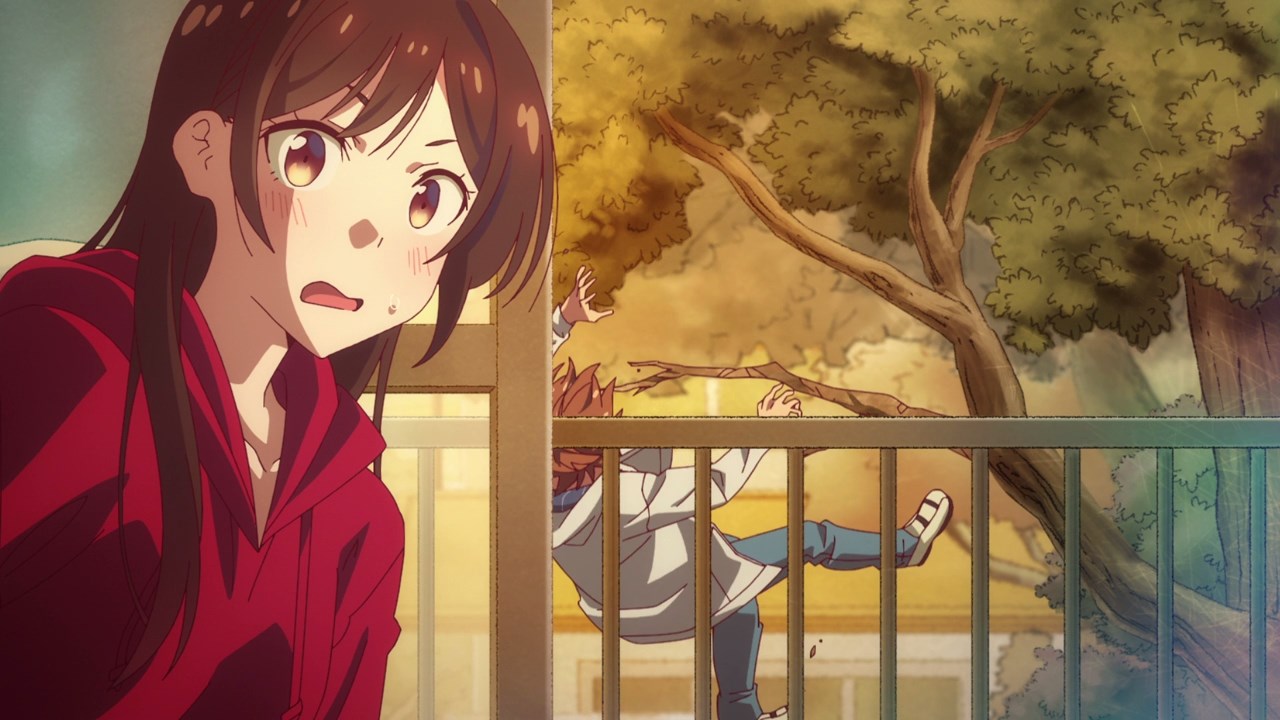 But by the time Ruka went inside Chizuru Mizuhara’s apartment, Kazuya went outside the balcony and fell down again while climbing a tree. 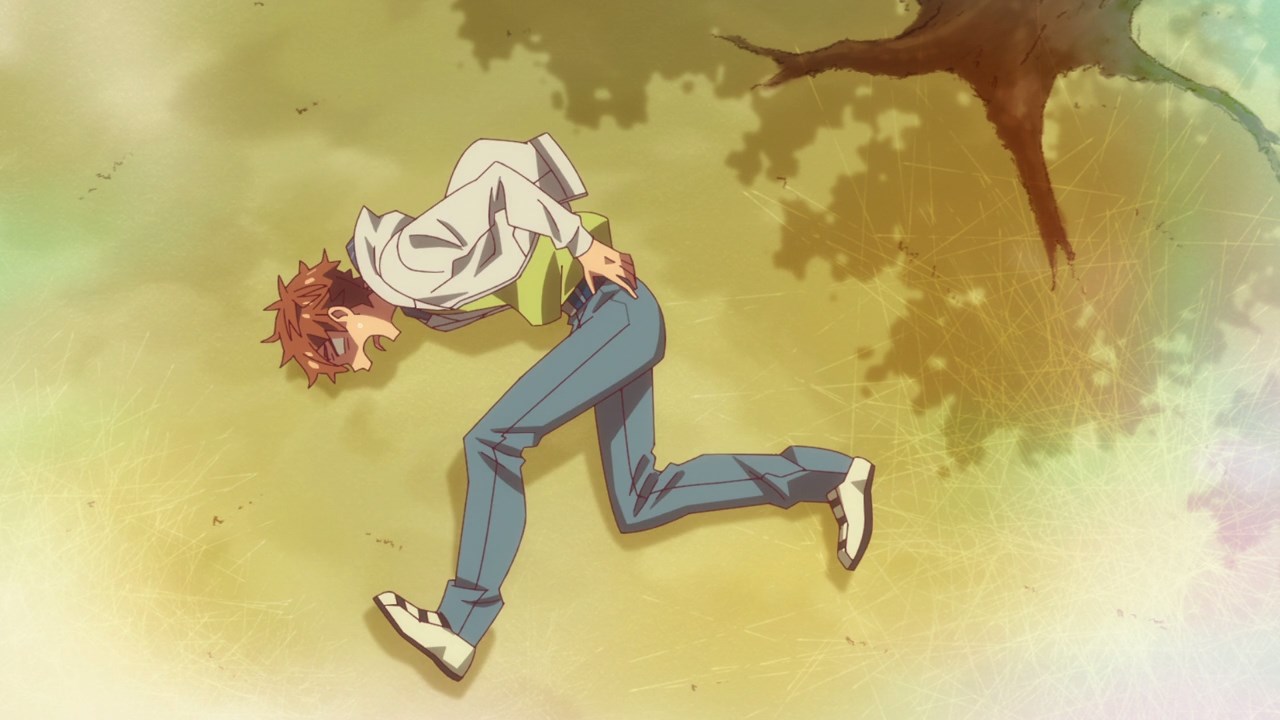 Oh yeah, and he got a back injury but don’t worry though, this idiot is fine as Kazuya can still move. 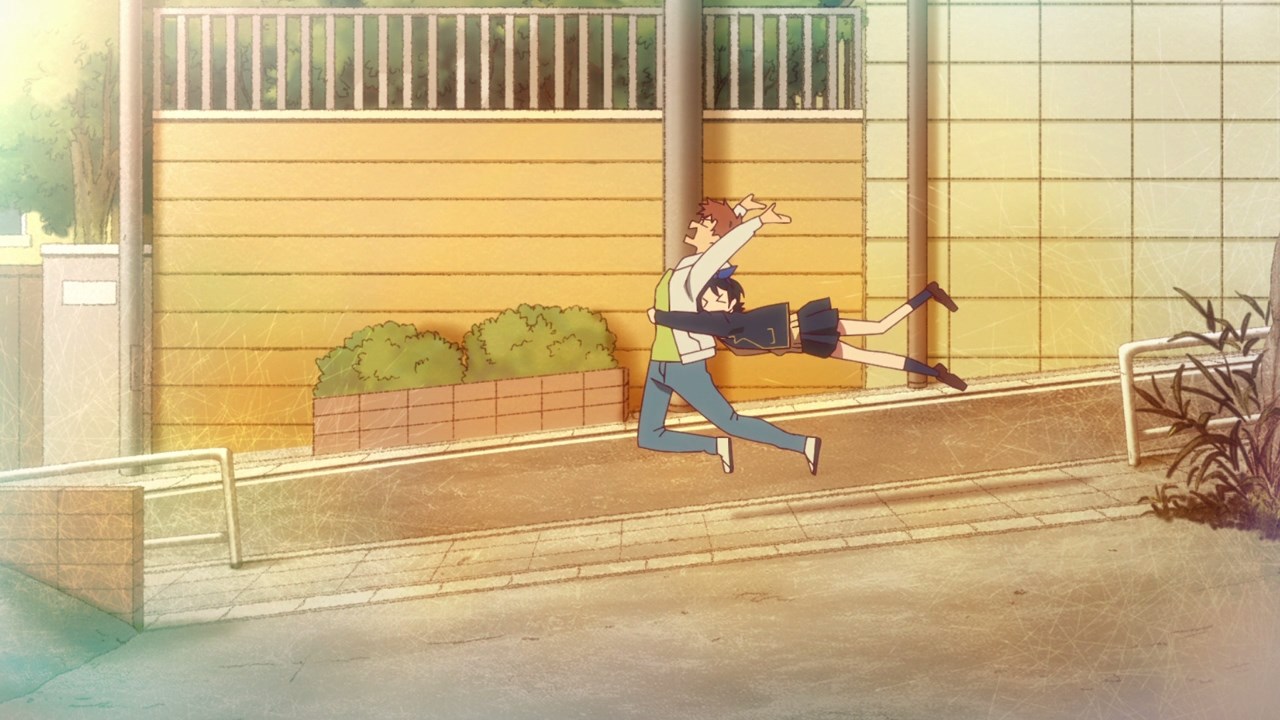 On second thought, he can’t live to see Kuribayashi and tell the truth as Kinoshita got tackled by Sarashina from behind. There goes his back, but at least he still lives! 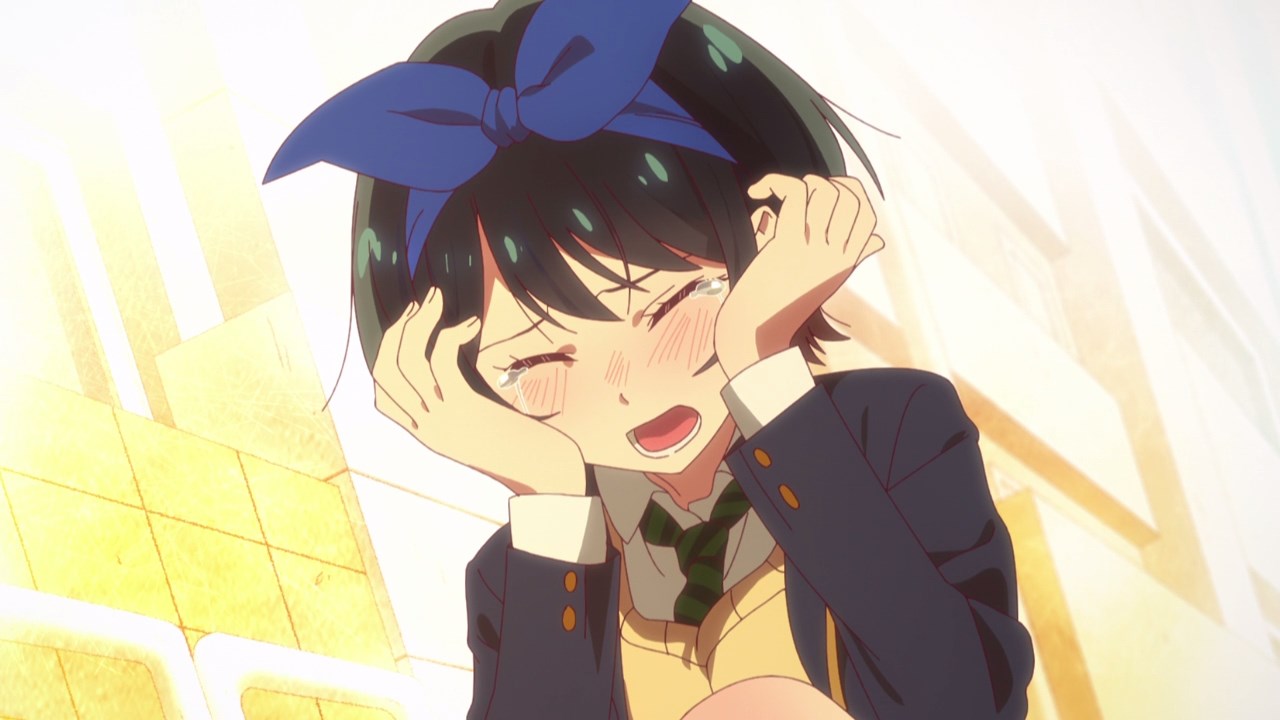 Anyways, I have to say that Ruka is one relentless girl who really wants to date Kazuya, even as far as becoming a rental girlfriend on a trial basis. 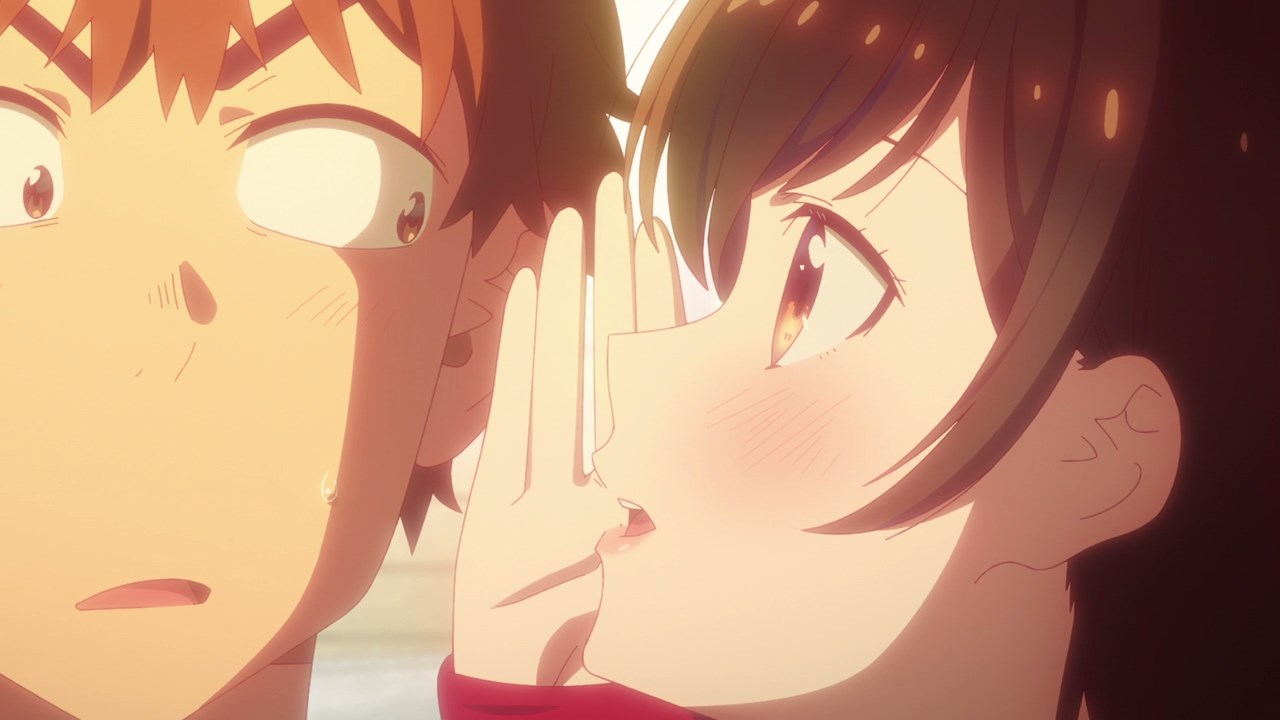 Oh yeah and here’s Chizuru Mizuhara where she told Kazuya Kinoshita to date her.

I mean, there’s no other choice but to accept her selfish request but anyways, things got even more complicated now that Ruka came into the picture. 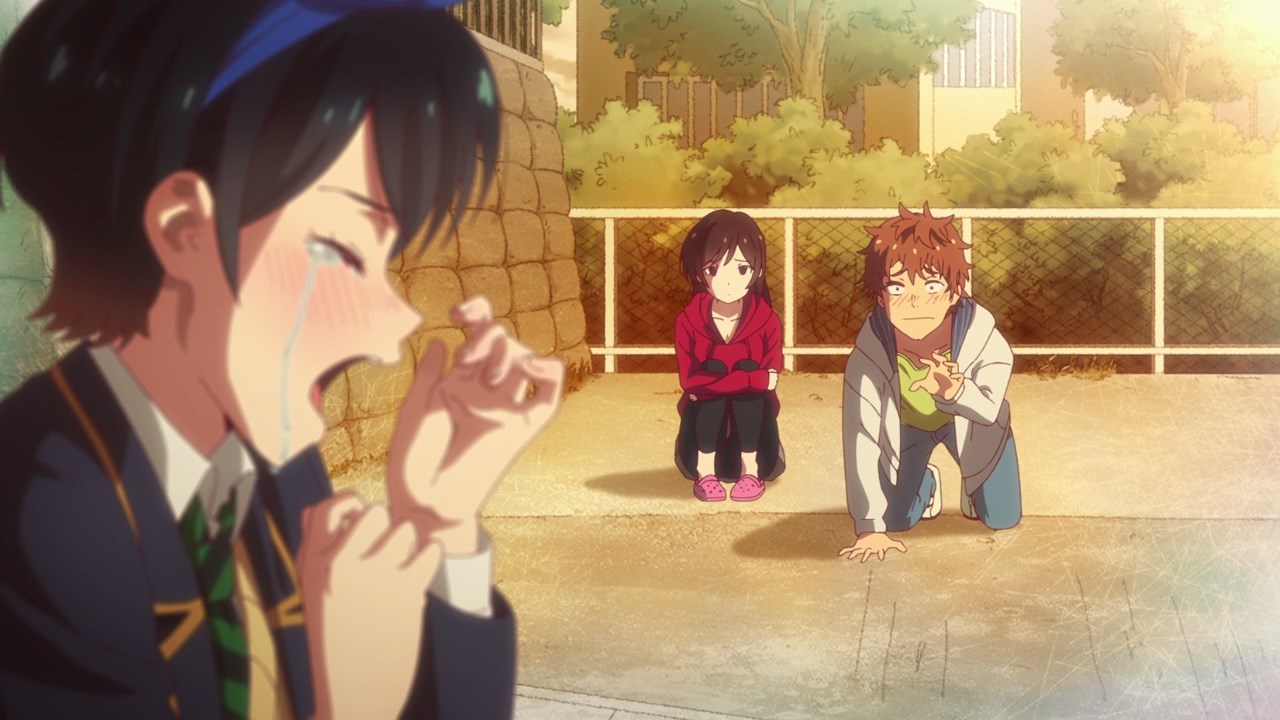 One last thing before I go, it turns out that Ruka Sarashina has a heart problem, meaning that Ruka’s heart beats slower than normal. Thus, Ruka wants to date Kazuya so badly because who knows if she might not live longer.

Anyways, tune in next time and let’s hope that Kazuya Kinoshita love life won’t turn for the worst!