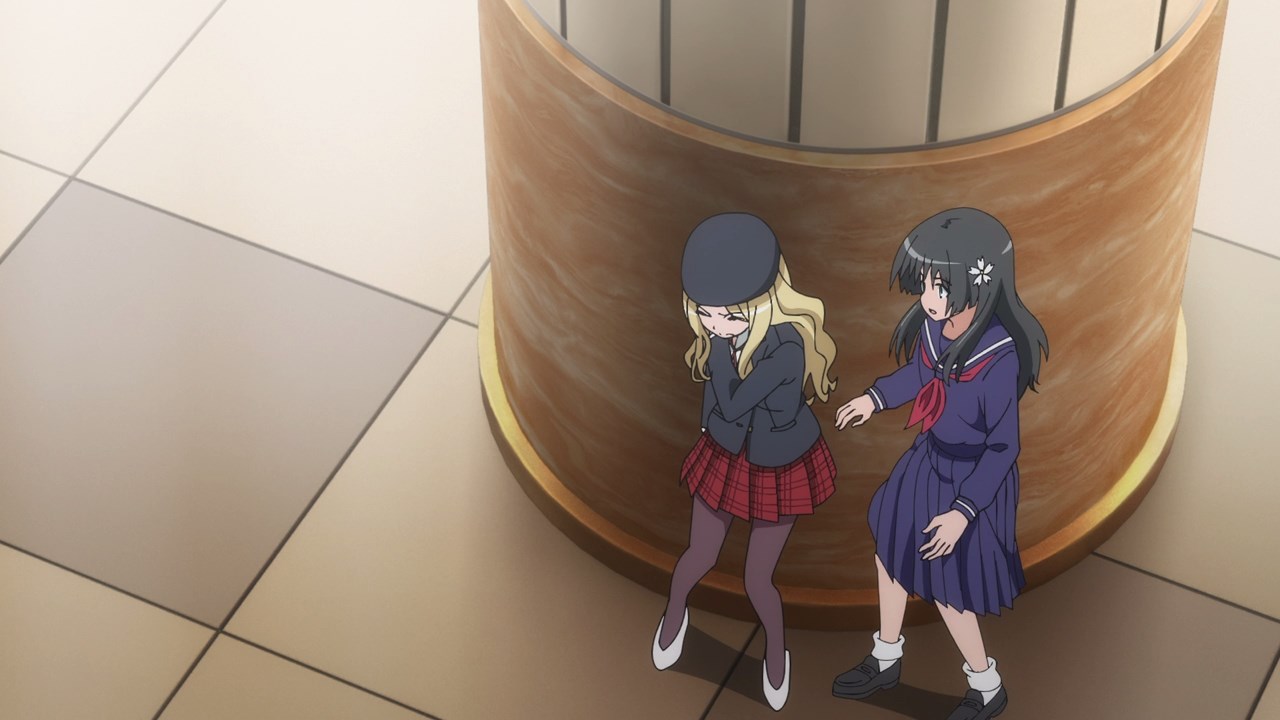 Here’s both Frenda Seivelun and Ruiko Saten where they’re running away from an assassin. Of course, I’m worried about Frenda where she suffered multiple gunshot wounds, yet there’s no bullet implanted in her body. 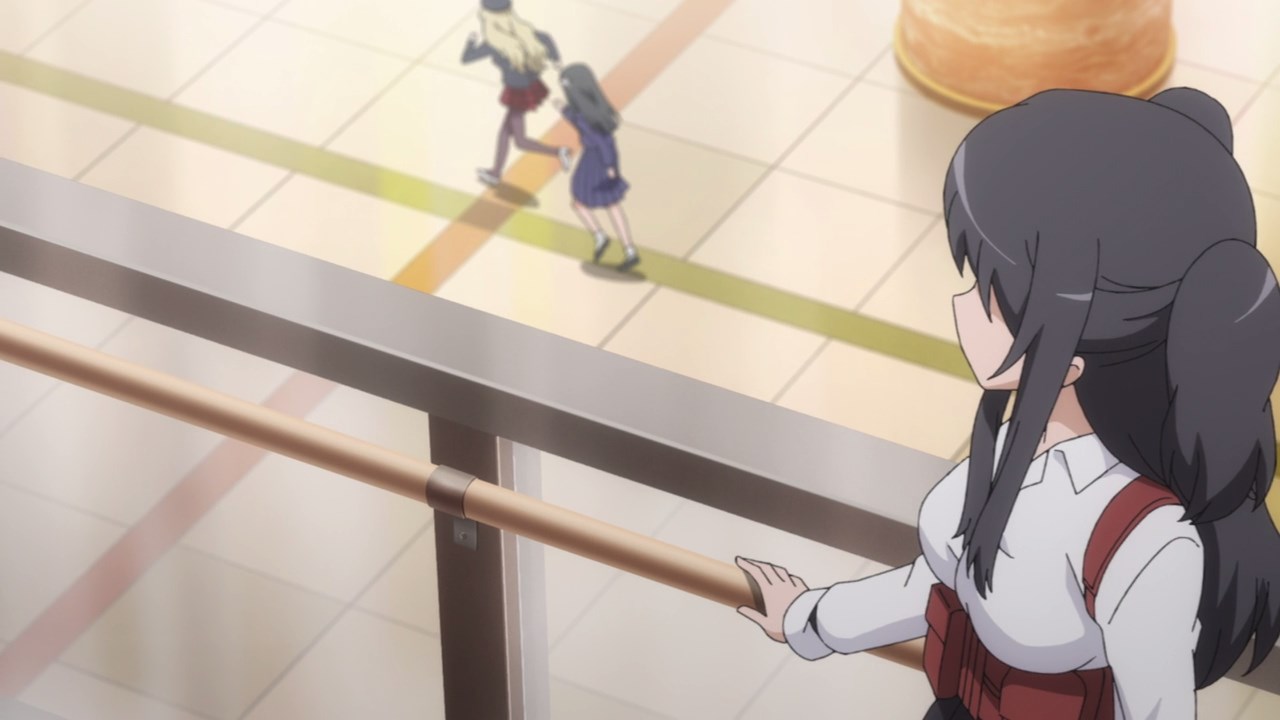 Oh and speaking of the assassin, Rakko Yumiya is following them where she can smell Frenda’s blood from a meter away.

Not only that, but she can smell footprints too which makes Yumiya a dangerous hunter. But instead of animals, Rakko kills people for fun! 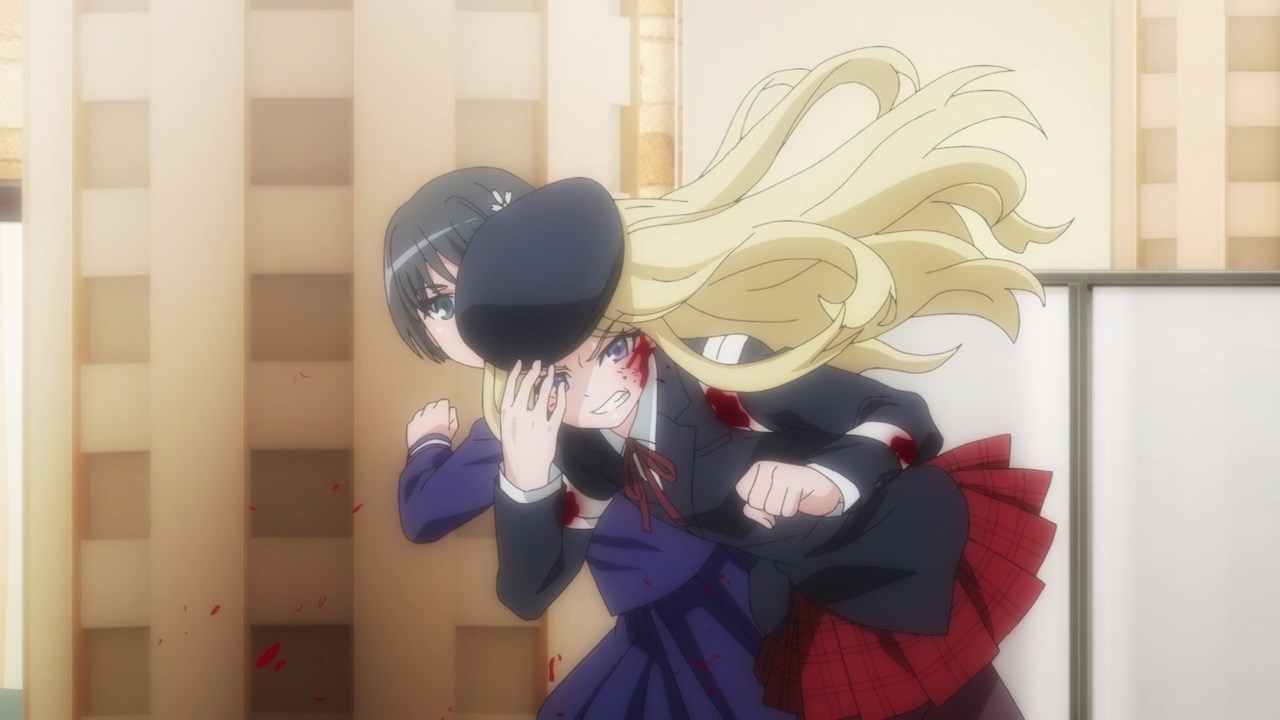 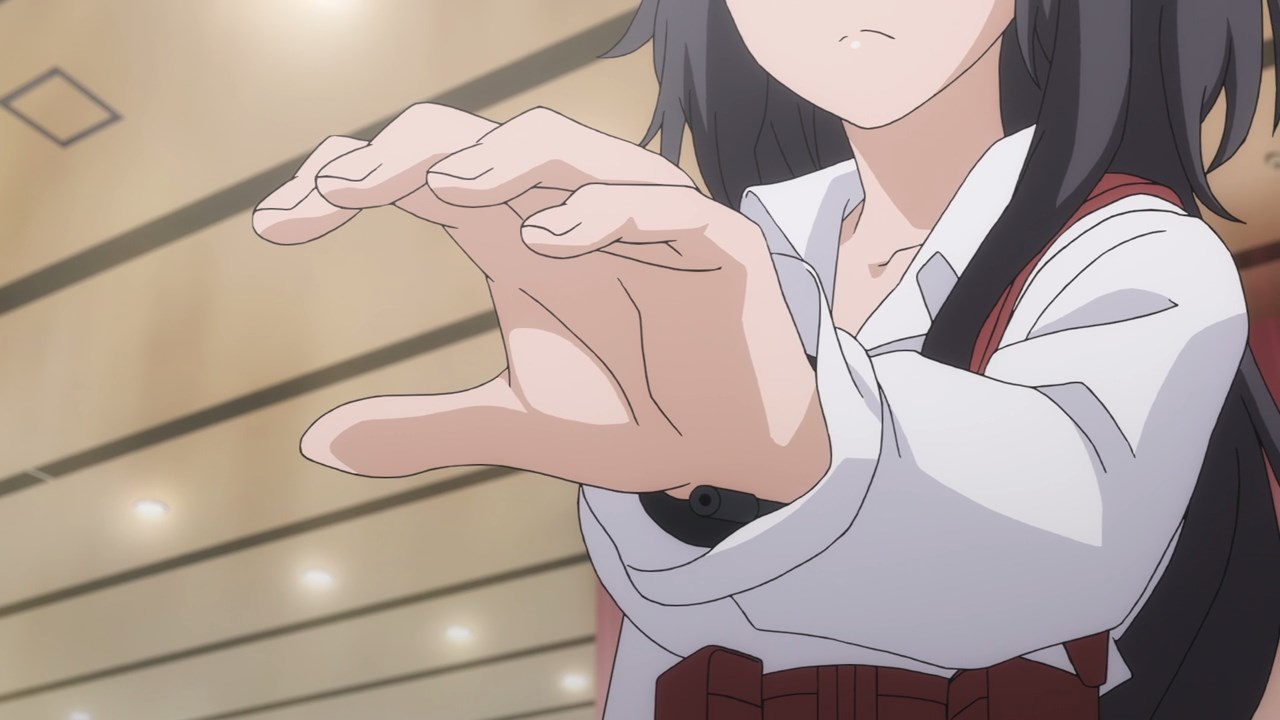 With that said, it’s gonna be a wild chase as Frenda and Ruiko are trying to run away from Rakko, where she shoots compressed air from a gun that’s mounted underneath her arm.

Basically, Yumiya can kill anyone without having to bring a gun at crowded places like a mall. Then again, I’m worried that those bystanders might get caught in Rakko’s sights. 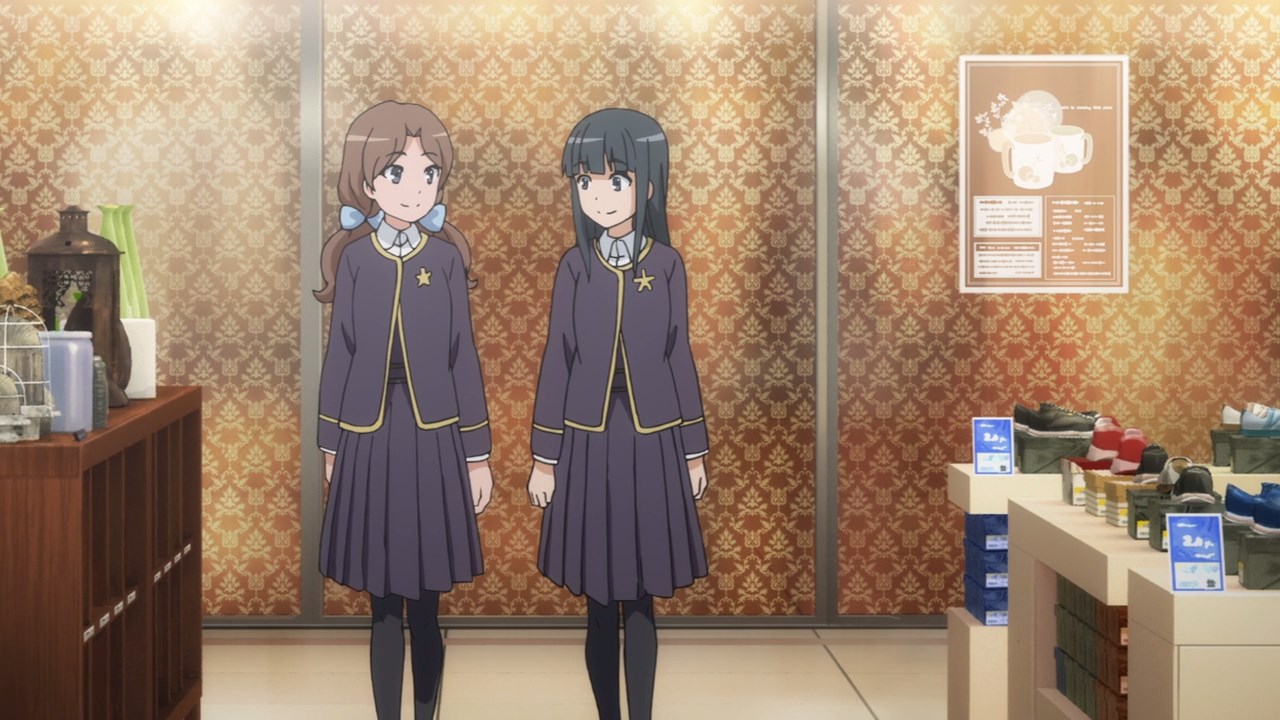 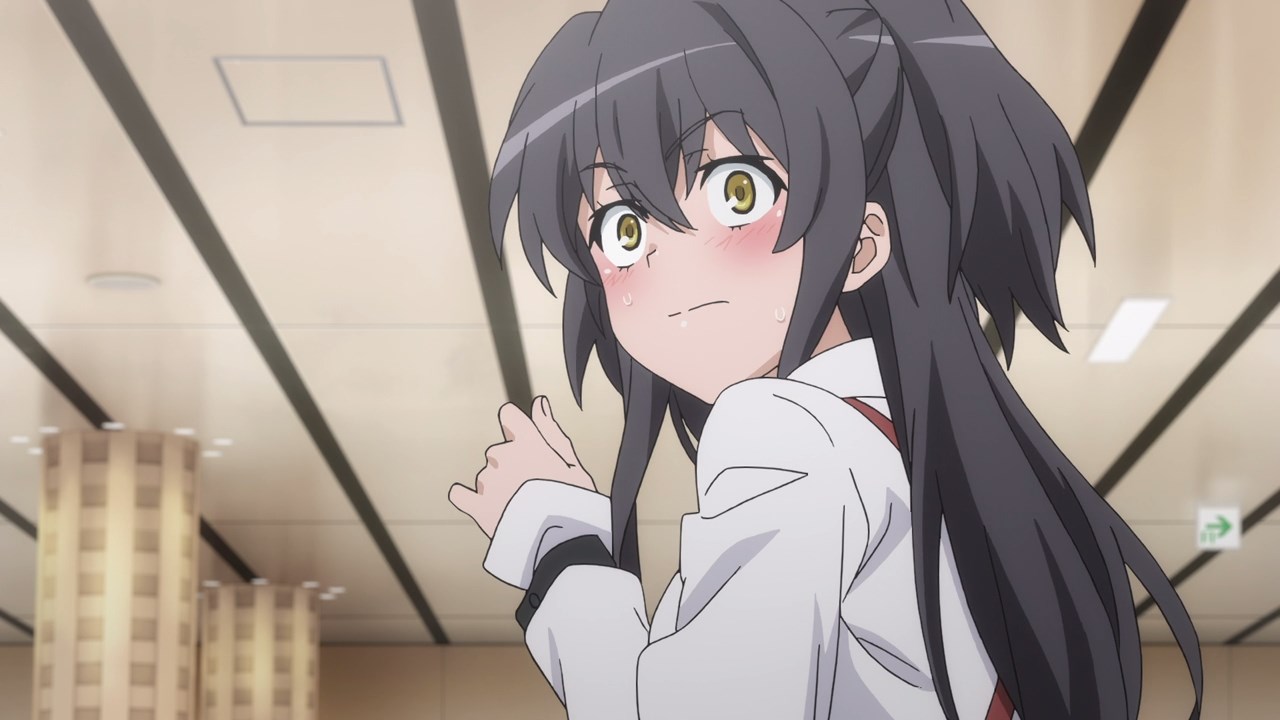 Speaking of unsuspected bystanders, looks like Rakko Yumiya encountered some students from Shidarezakura Academy where they know her as a refined girl. 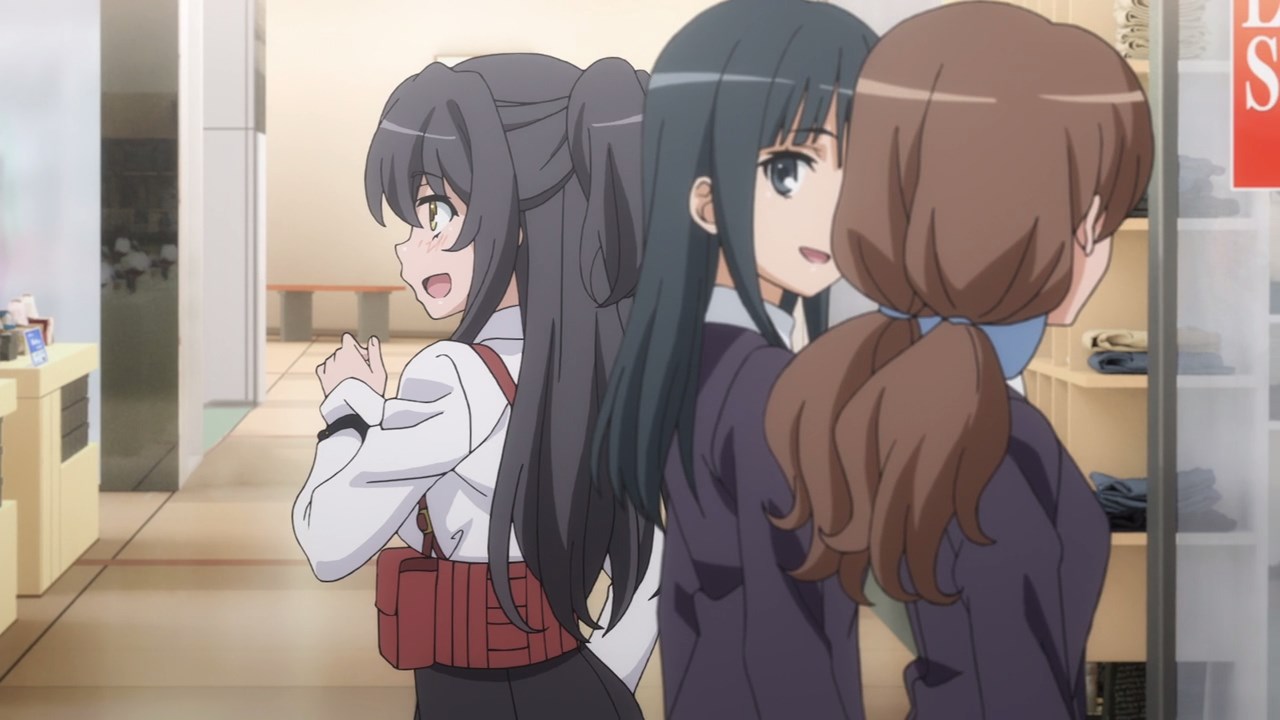 Except that they went past Yumiya because those Shidarezakura Academy students don’t even recognize her.

Oh, that’s sad from Rakko-chan where she’s all alone at Shidarezakura Academy, although it would be better if she didn’t become SCHOOL’s resident sniper. 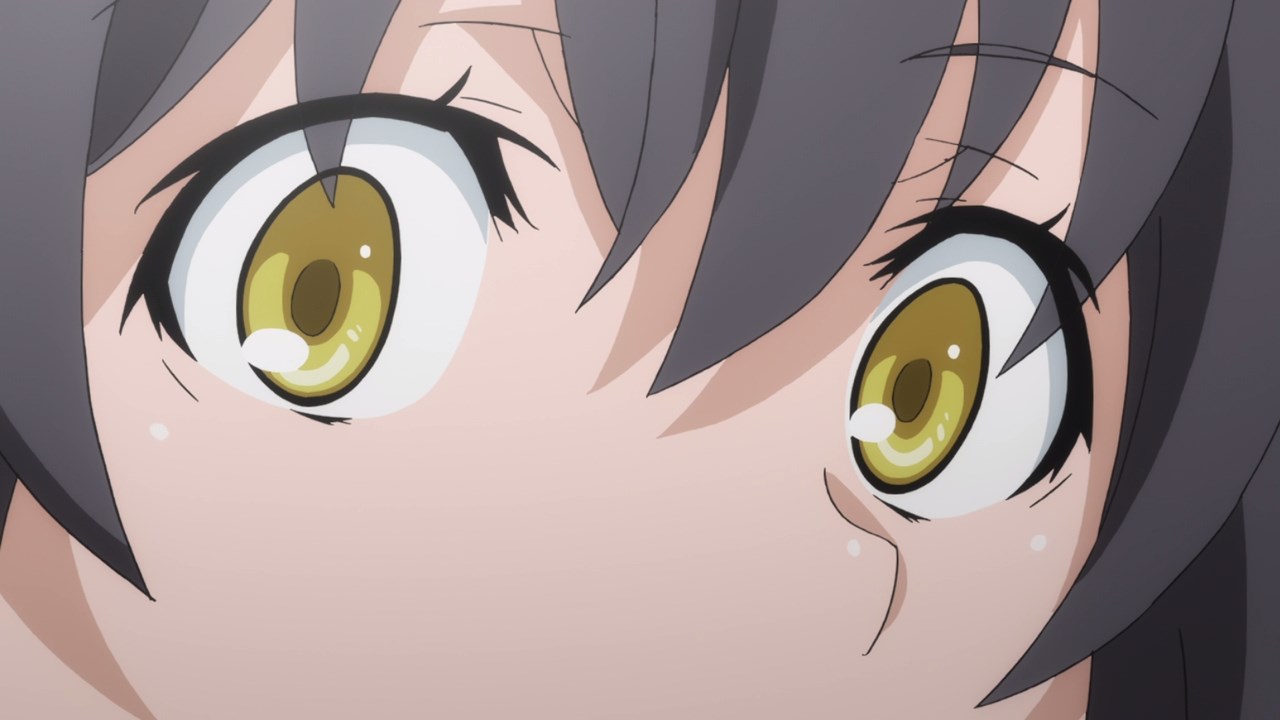 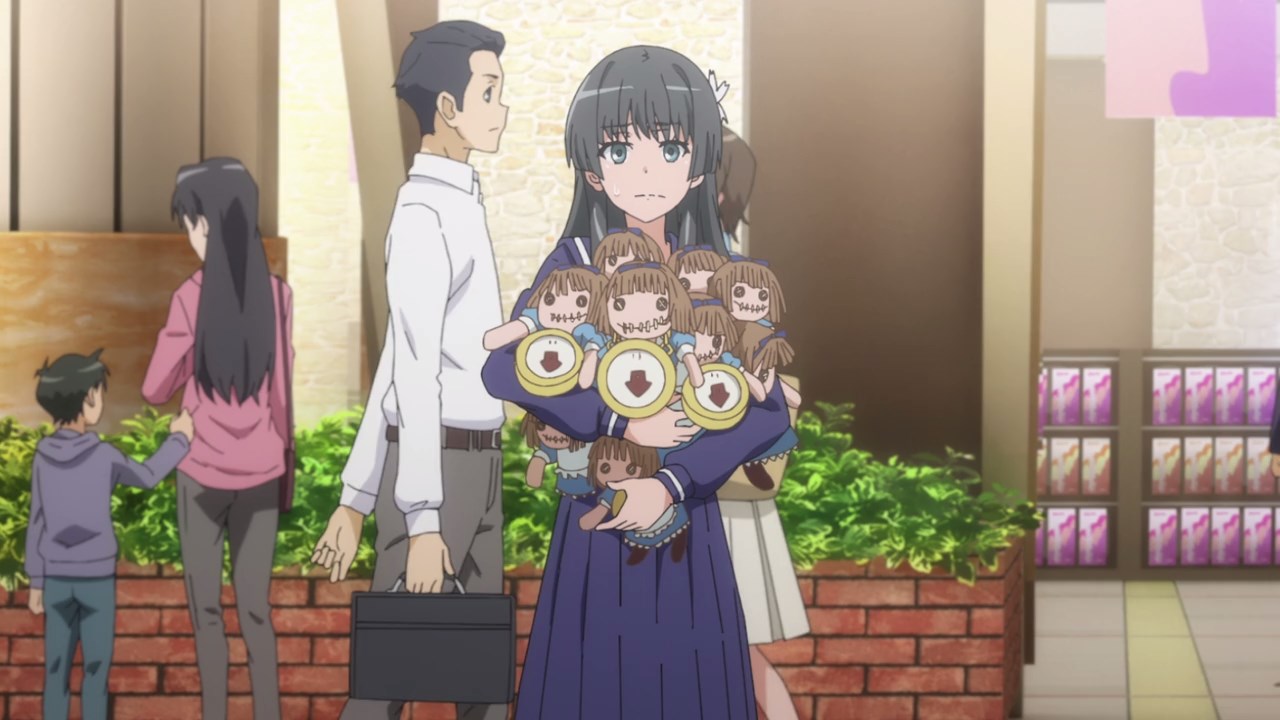 Turns out that she saw Ruiko Saten holding a bunch of stuffed toys. Well, that’s pretty normal coming from Saten-chan… until Yumiya realized that she’s with Frenda.

Heck, Rakko suspected that those stuffed toys have bombs inside, meaning that Frenda is using Ruiko as a decoy or a suicide bomber at worst. 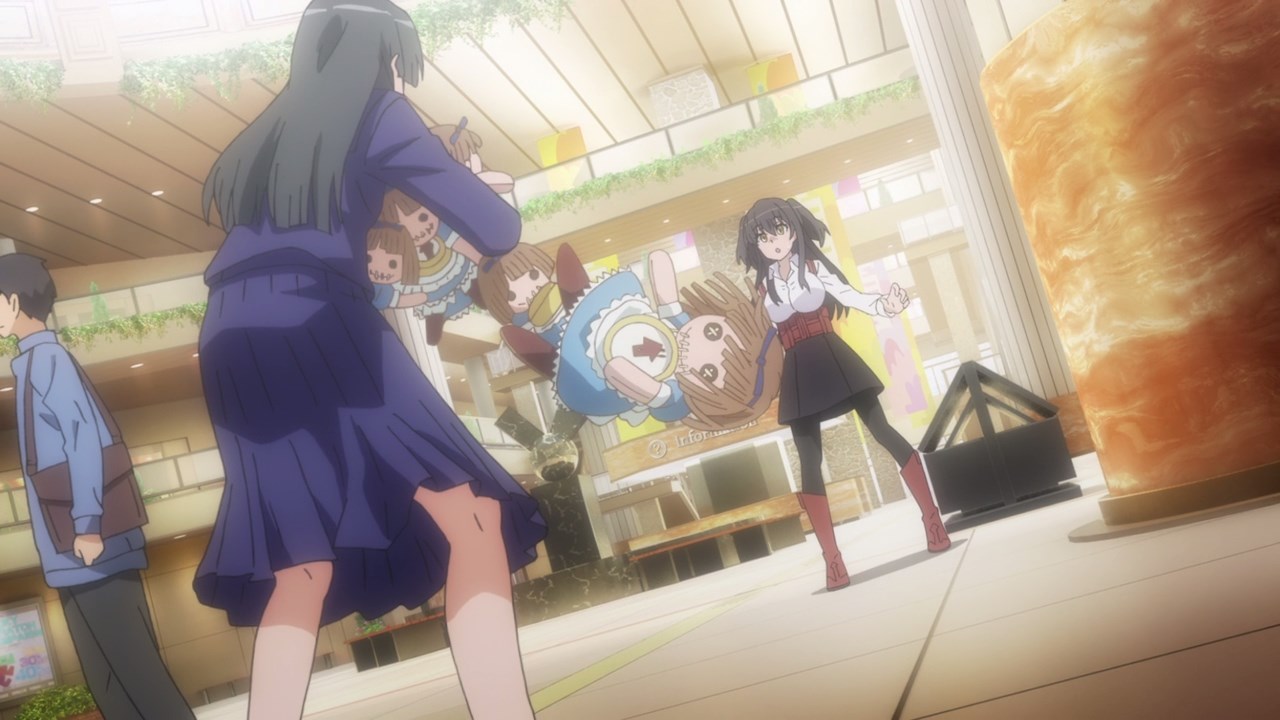 With that said, looks like Rakko Yumiya will have to take those bomb-laden stuffed toys out from Ruiko’s hands… except that they’re just normal plushies which Frenda Seivelun is just playing tricks on her. 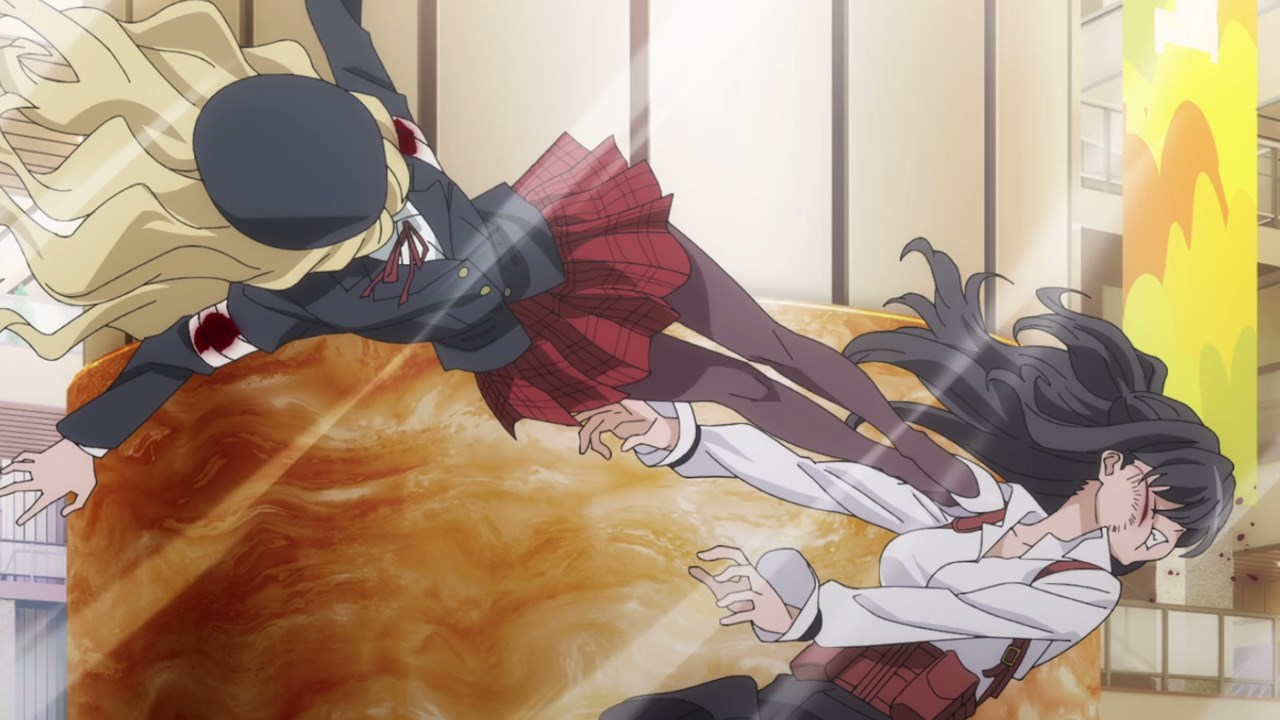 But here’s Frenda where she delivered a drop kick towards Rakko. Well, that’s payback for shooting her like a wounded animal.

Of course, Frenda doesn’t want Ruiko to get involved in her fight, so she told Saten to get out of the mall ’cause she’s gonna make a big mess later. 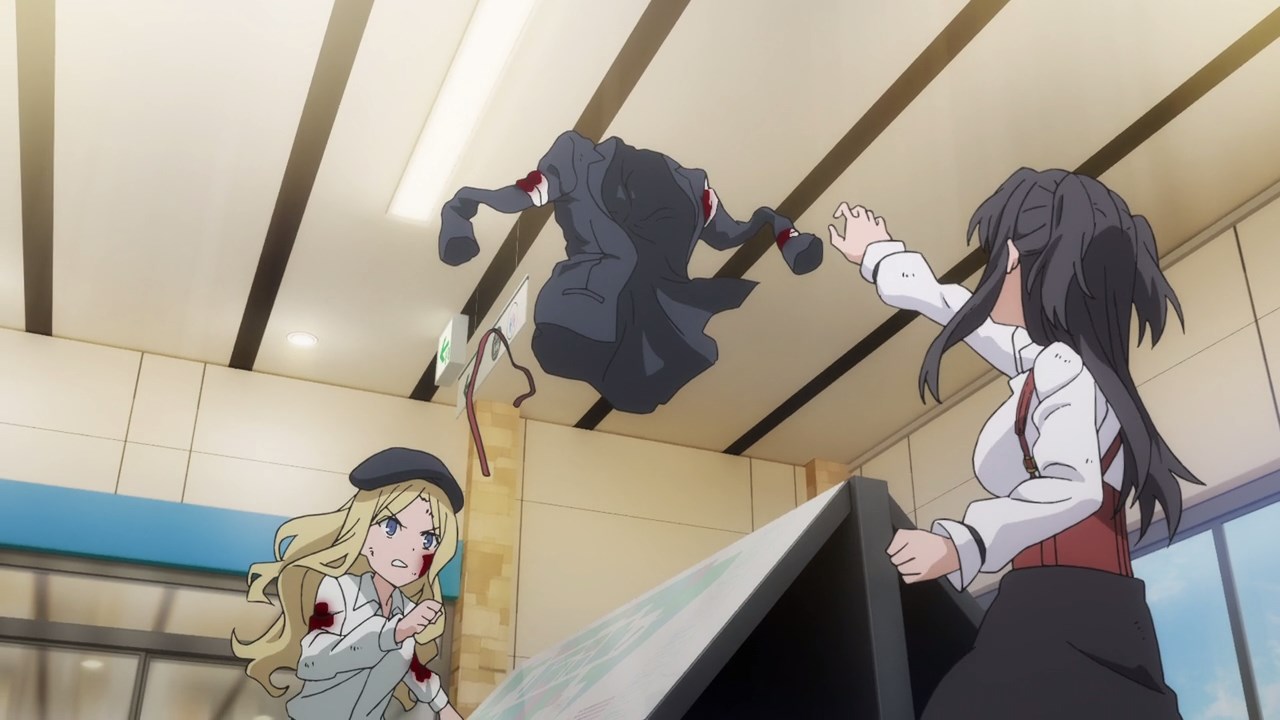 So with everyone screaming like little girls as they get out of the mall, Frenda Seivelun is going all out against Rakko Yumiya where the only way to beat the sniper is to fool her. 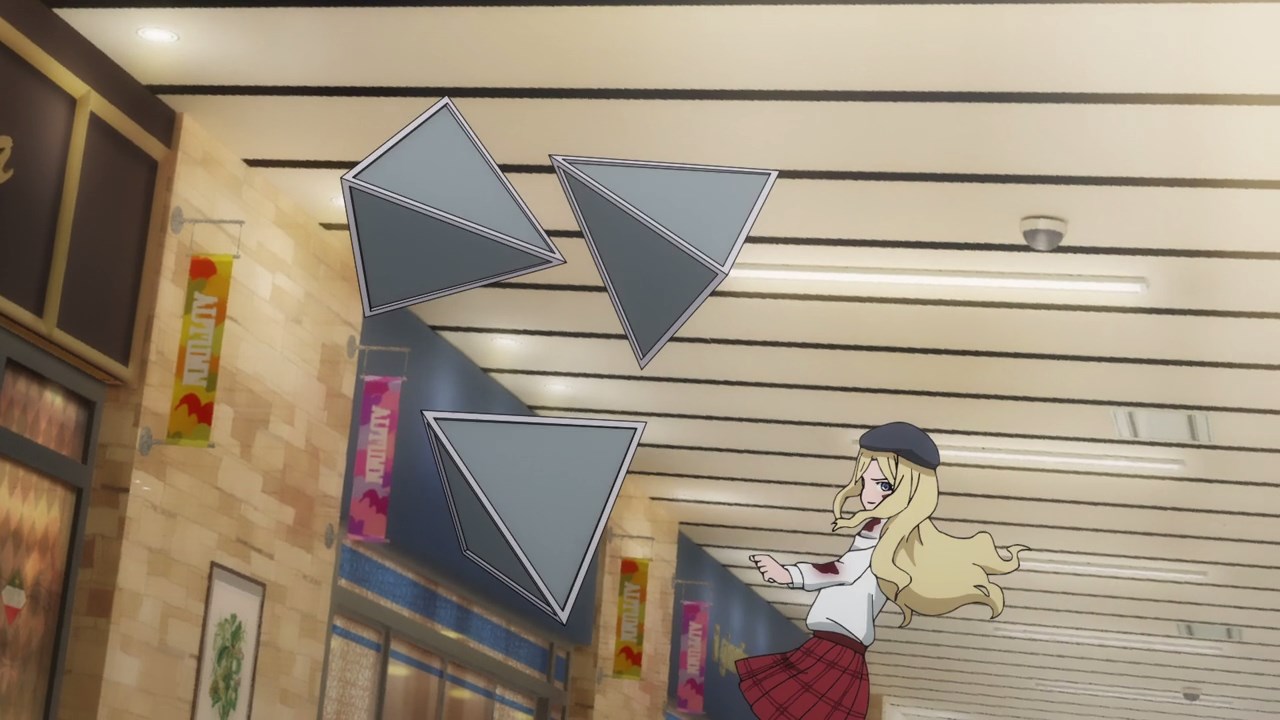 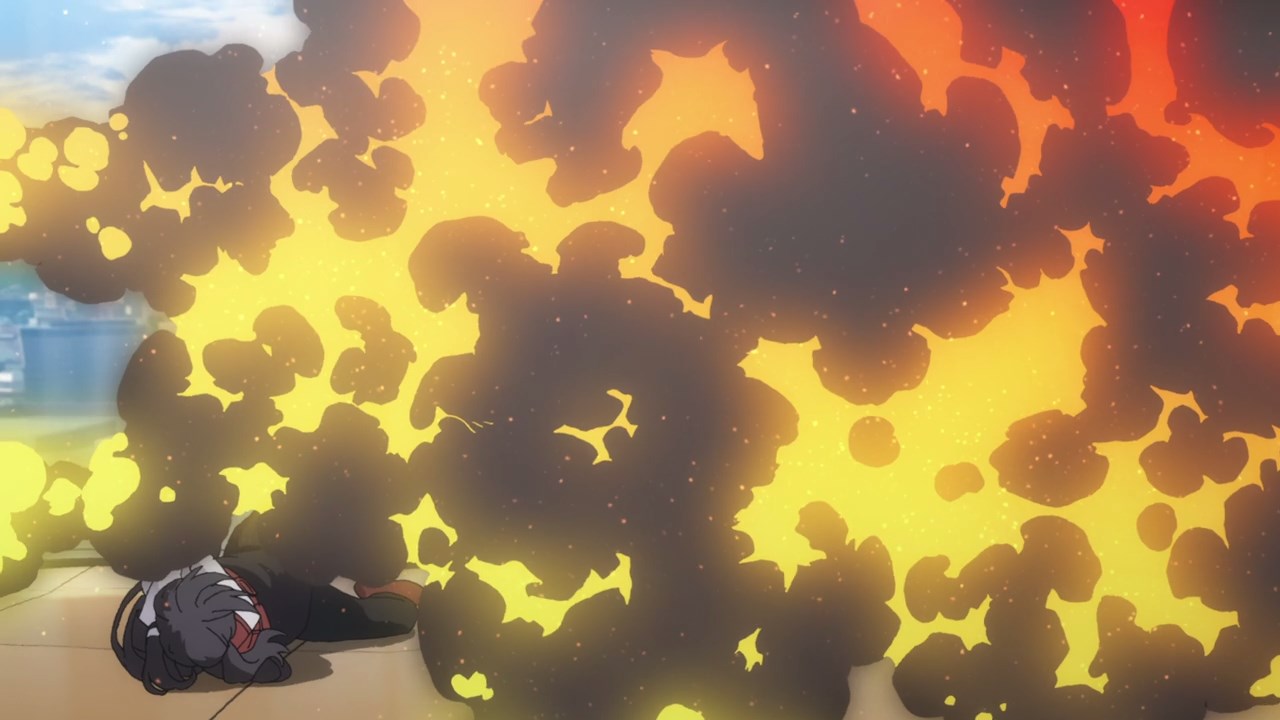 Oh and let’s not forget to throw some bombs while we’re at it once Yumiya got blindsided, although Frenda should have thrown a stun grenade to disorientate Rakko’s senses. 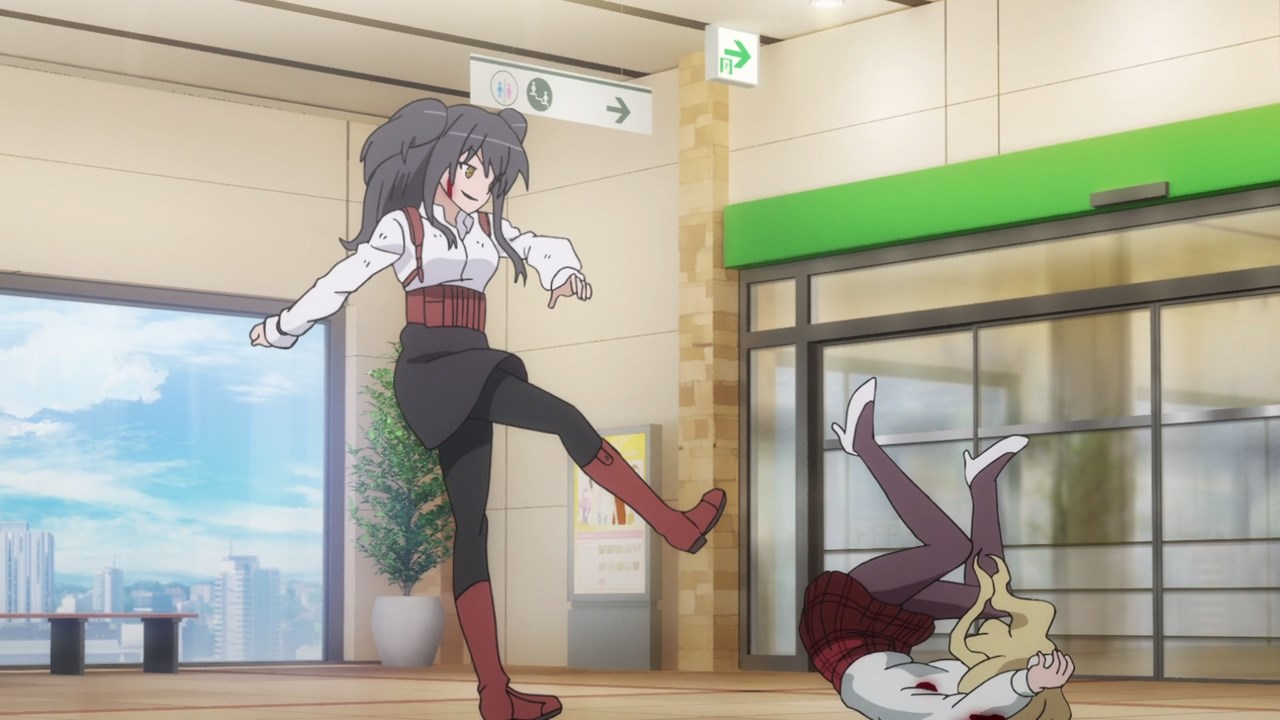 But alas, Frenda got the receiving end as Rakko kicked her while she’s down. Definitely a scumbag move! 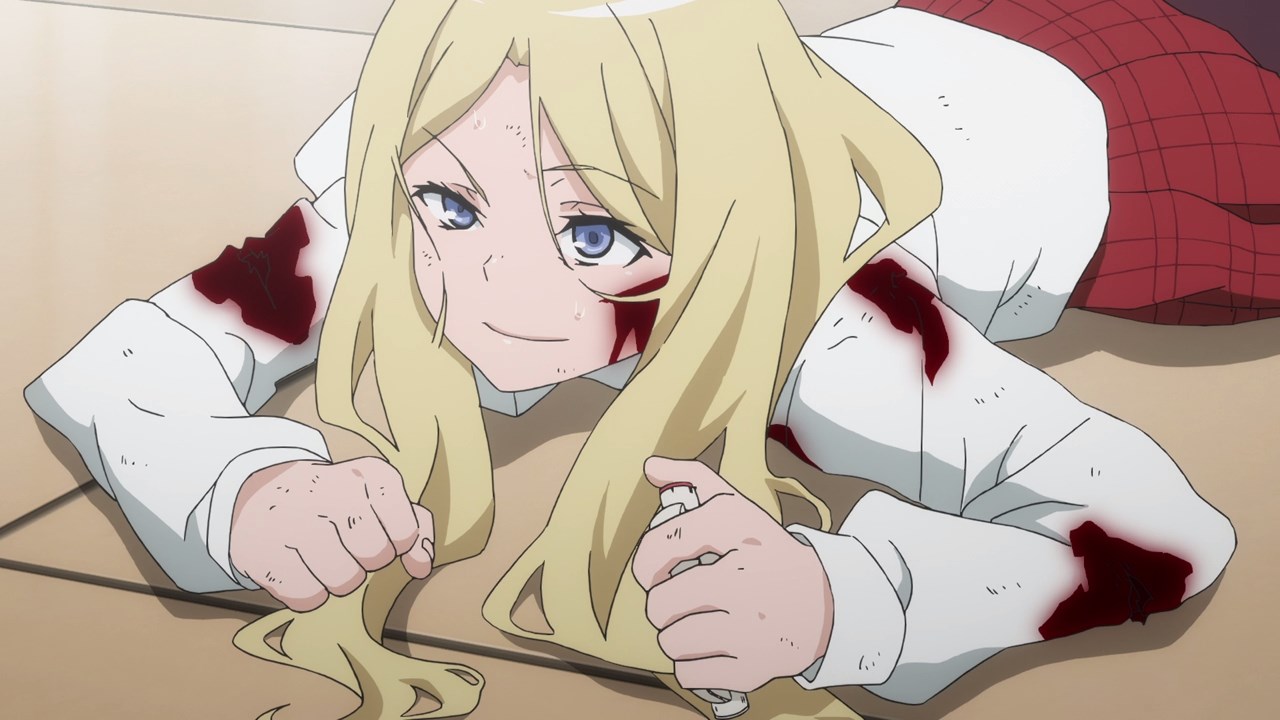 Of course, Frenda Seivelun ain’t gonna die like this as she has one last ace in the hole. You see that trigger she’s holding? That’s for the bombs she planted earlier. 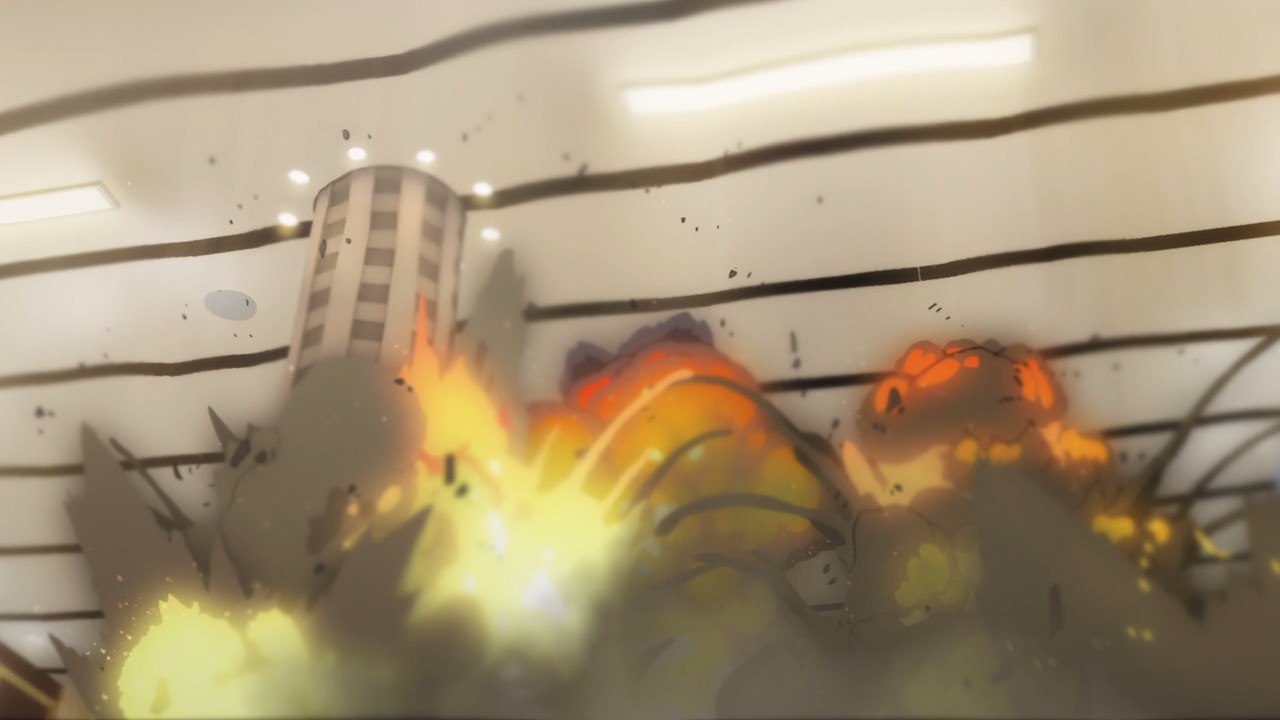 And really, I’m glad that Ruiko Saten and every other bystander got out safely ’cause they might get caught in the explosion and die. Oh, and Shizuri Mugino might punish her for making a big mess. 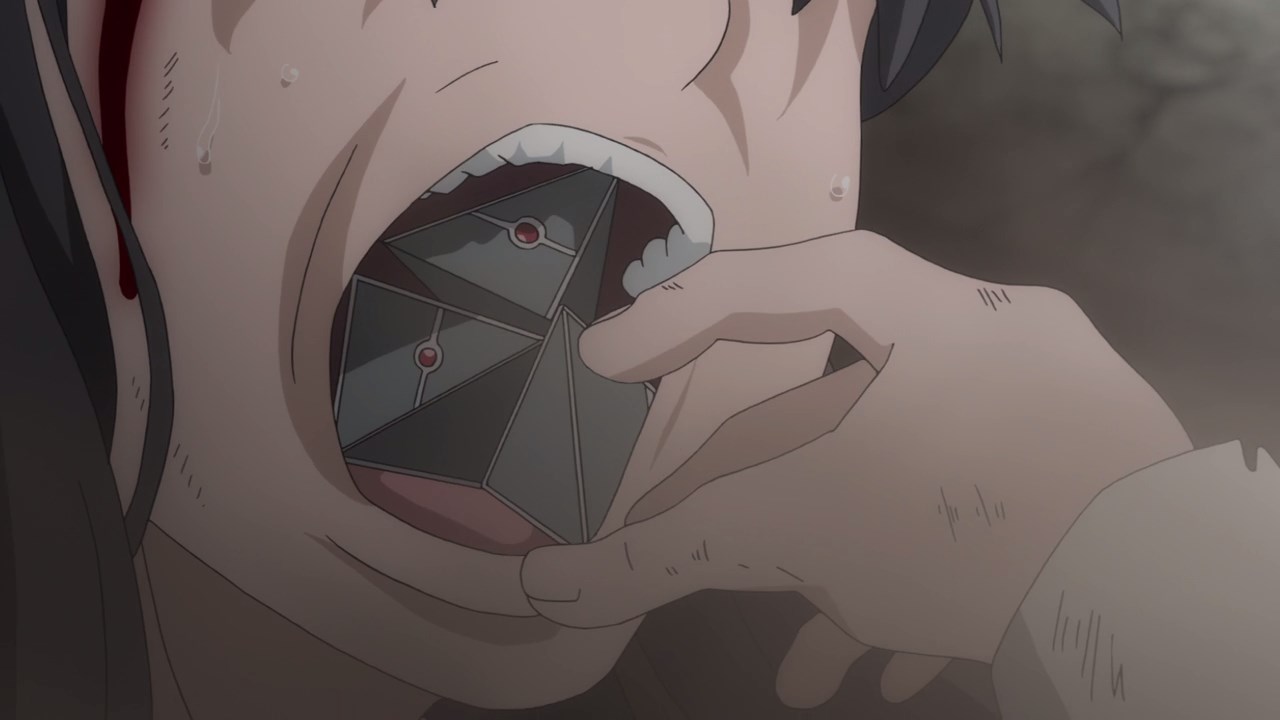 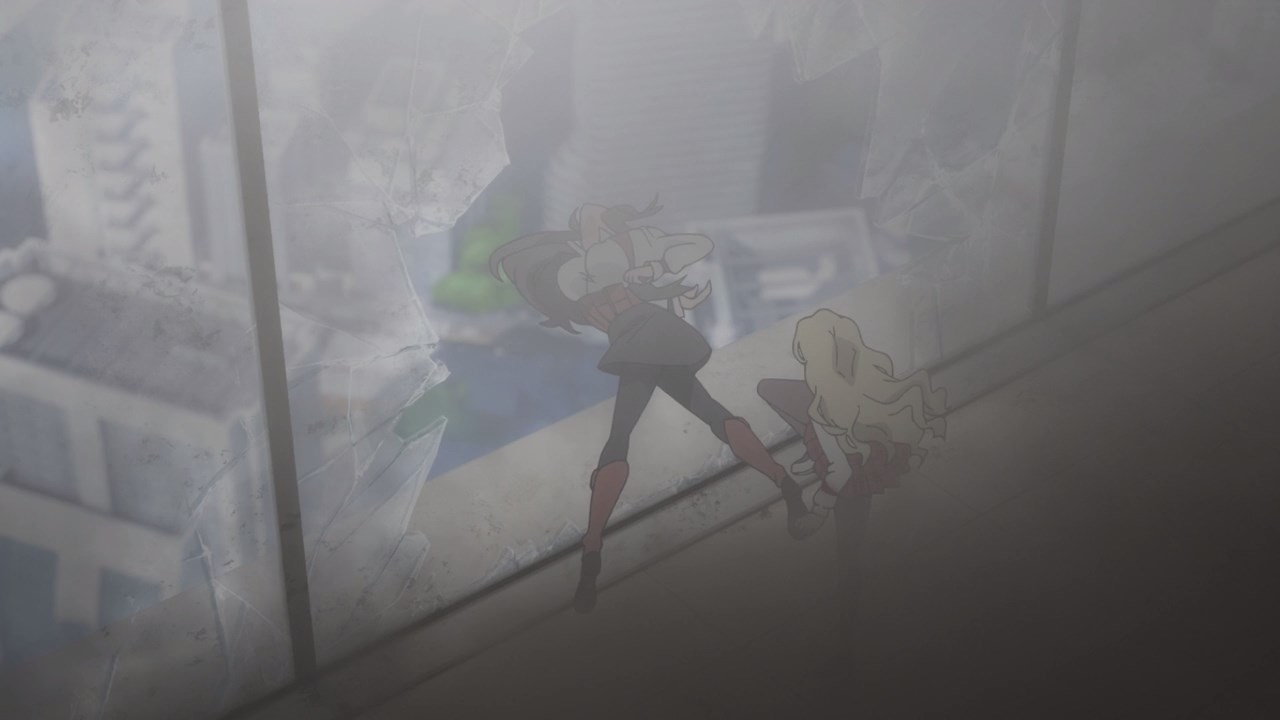 Well then, it’s time to end this battle as Frenda Seivelun put some bombs inside Rakko’s mouth and push her out of the window.

So much for SCHOOL’s resident sniper as Yumiya won’t survive being blast away by Frenda’s bombs. 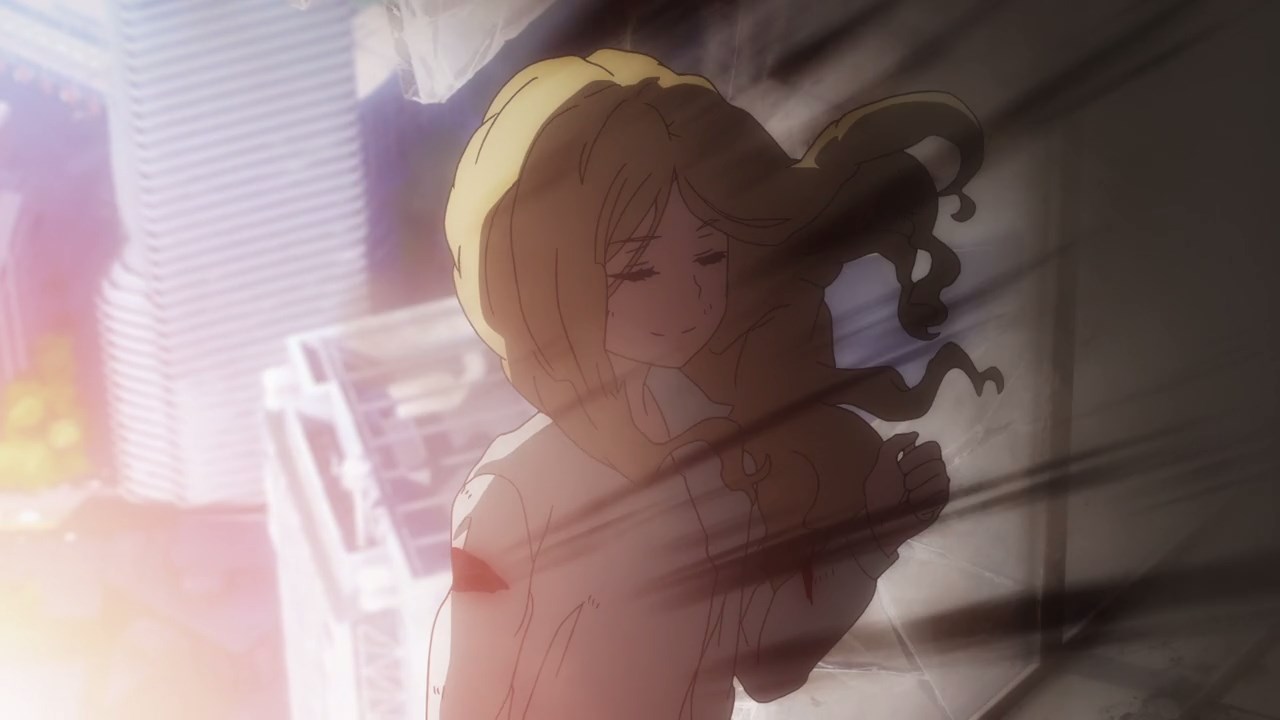 See, even Frenda assured that Rakko is gone for good as she push the trigger and look away. What a badass cutie she is! 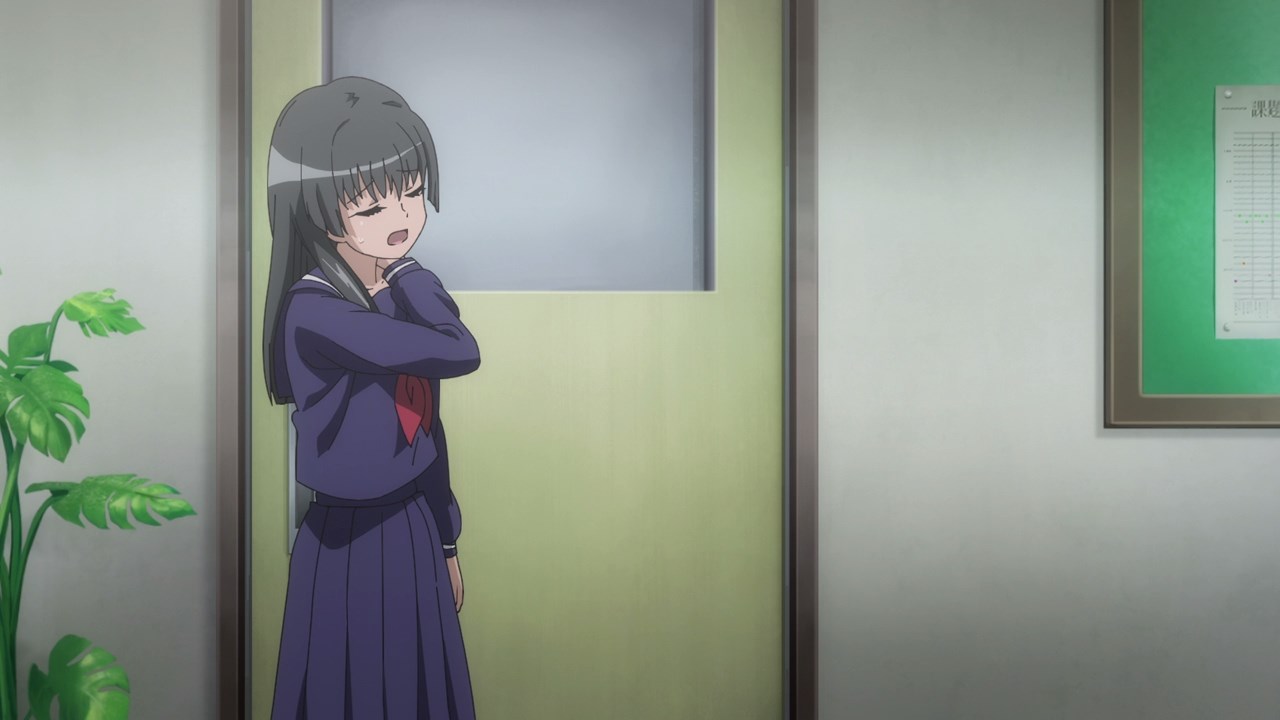 Now then, here’s Ruiko Saten where she got a lecture from Anti-Skill. I mean, she got involved in Academy City’s dark side earlier and Saten is almost a goner if it wasn’t for Frenda saving her. 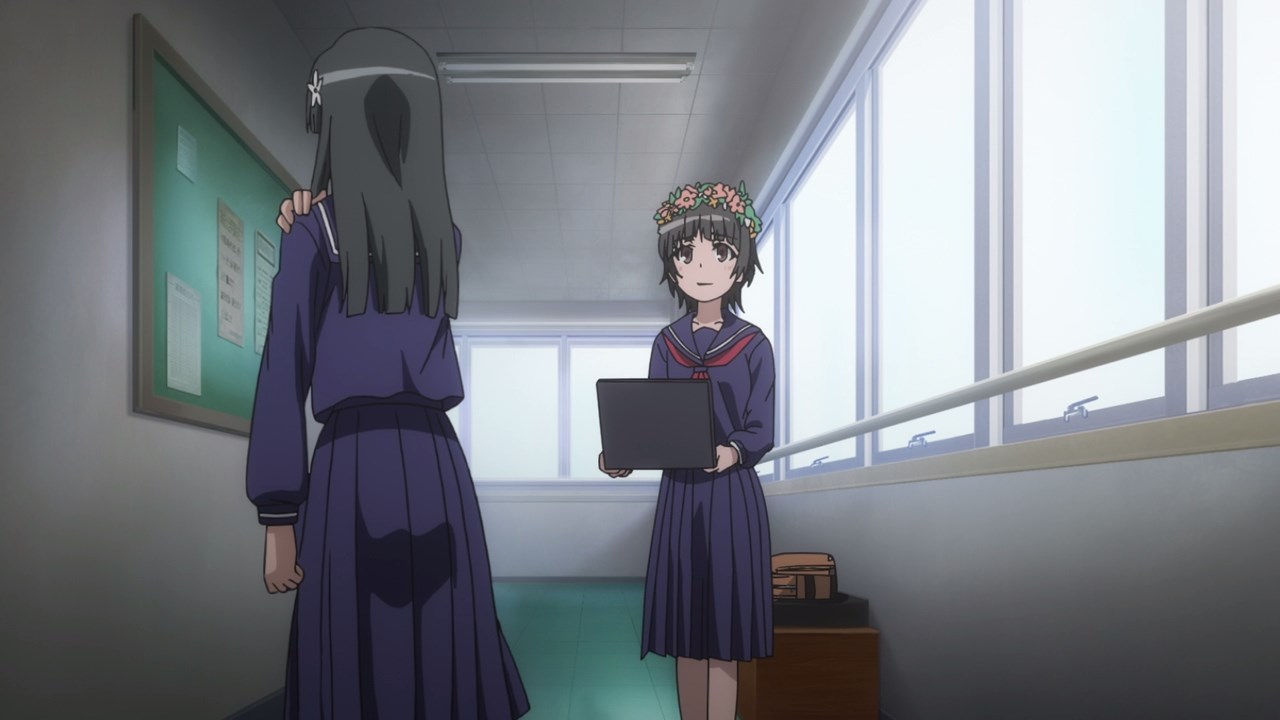 Still, Ruiko wants to see Frenda again as she wants to share a meal with her. Then again, I wonder what happened to Frenda Seivelun after defeating Rakko Yumiya? 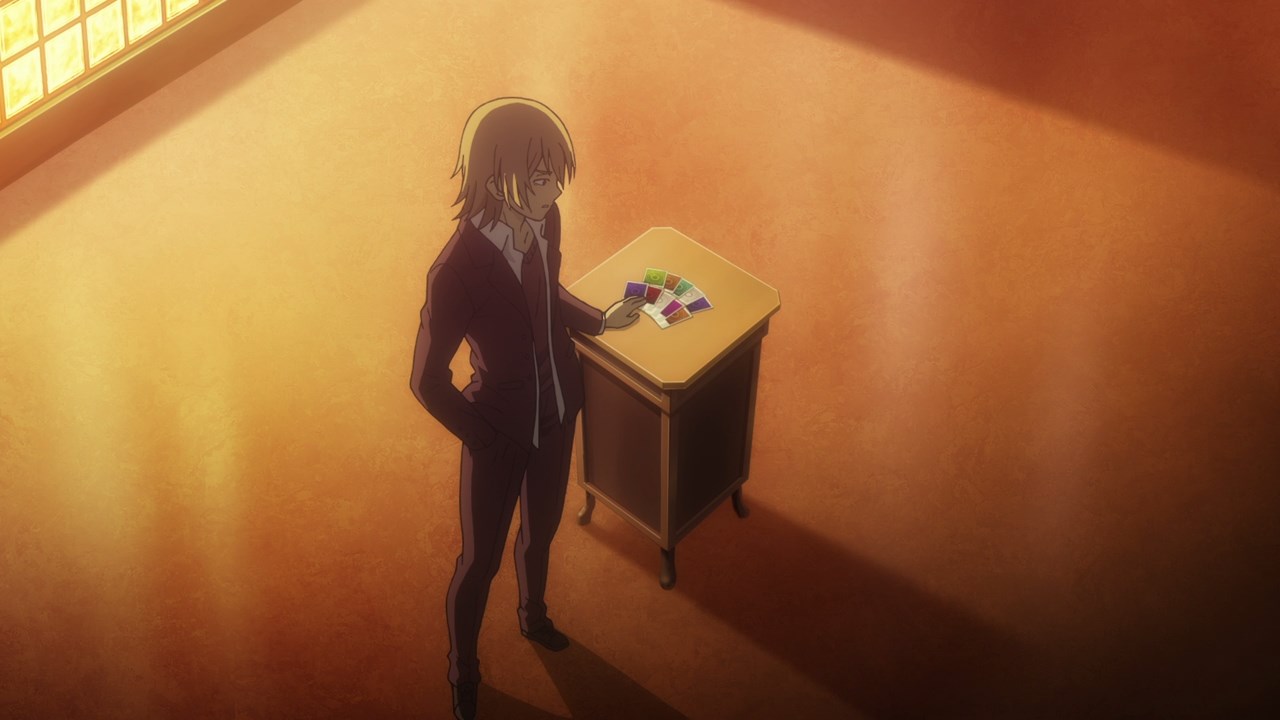 Meanwhile, looks like SCHOOL found some leads in regards to the Tweezers’ location, although Teitoku Kakine will have to pick which Indian Poker card that contains the information.

Speaking of Teitoku, does he still keep his cool after finding out that all the cards are actually duds? Kinda doubt that! 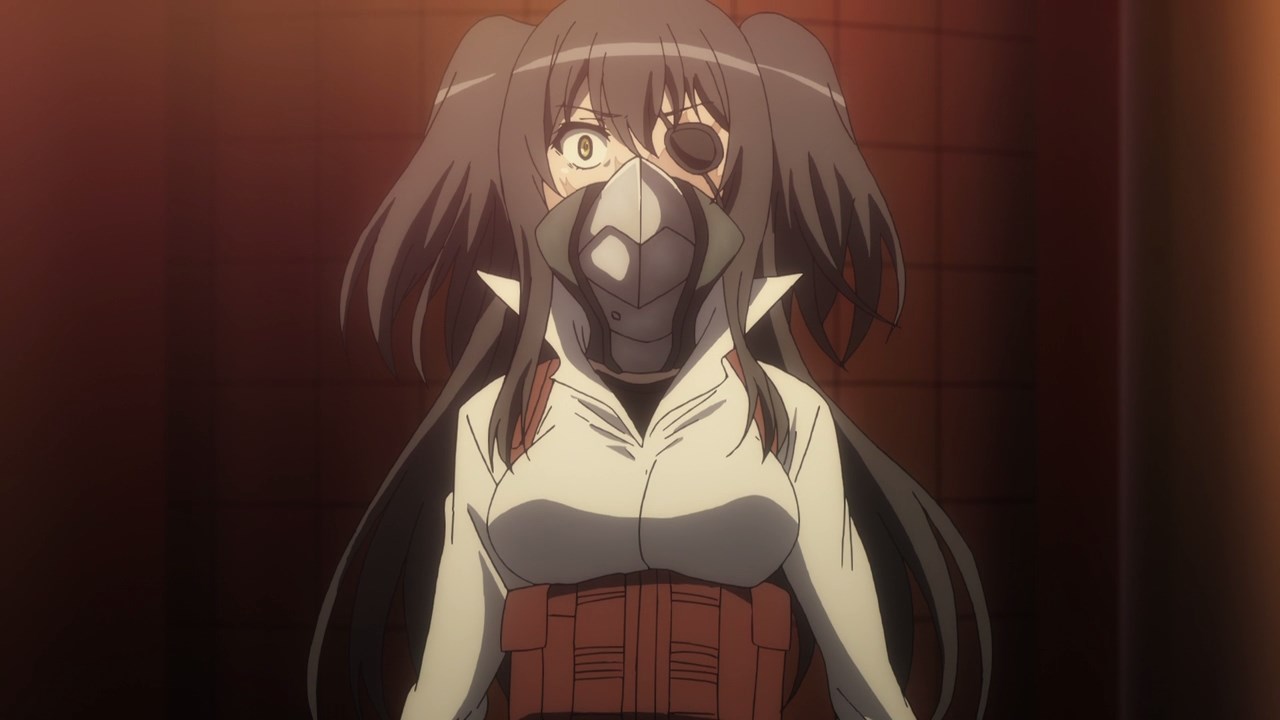 On the other hand, it appears that Rakko Yumiya survived, albeit she’s wearing an eyepatch and a mask that has built-in synthesized voice generator since Rakko’s mouth got blown into smithereens. Seriously, she fell down from a high-rise building and got blown up, so how come Rakko survived?

Now, Rakko Yumiya is really angry as she’s gonna kill Frenda Seivelun the next time they meet, although Teitoku Kakine will be very angry if her feelings got in her way. C’mon, they want the Tweezers without making any fuss. 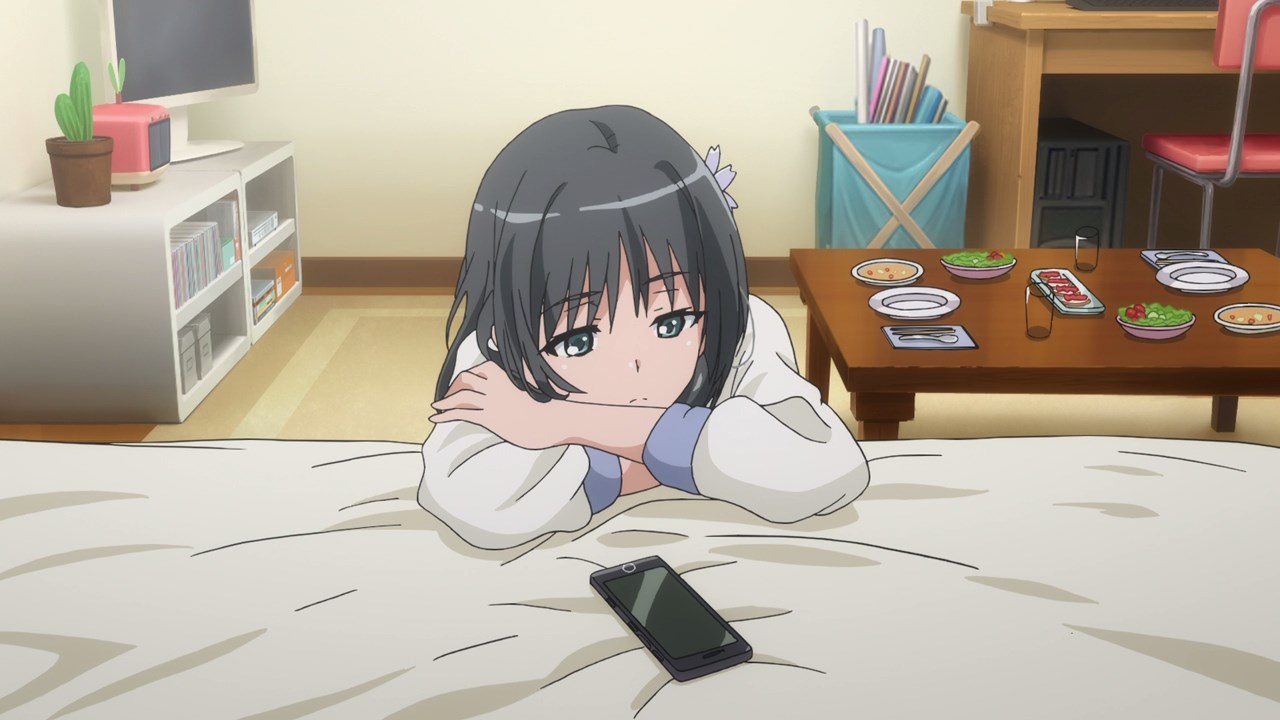 Well then, that’s about it for this episode as Ruiko Saten is still waiting for Frenda Seivelun. Heck, it’s been a week since Ruiko talked to Frenda.

Regardless, I hope Frenda is okay on the next episode…