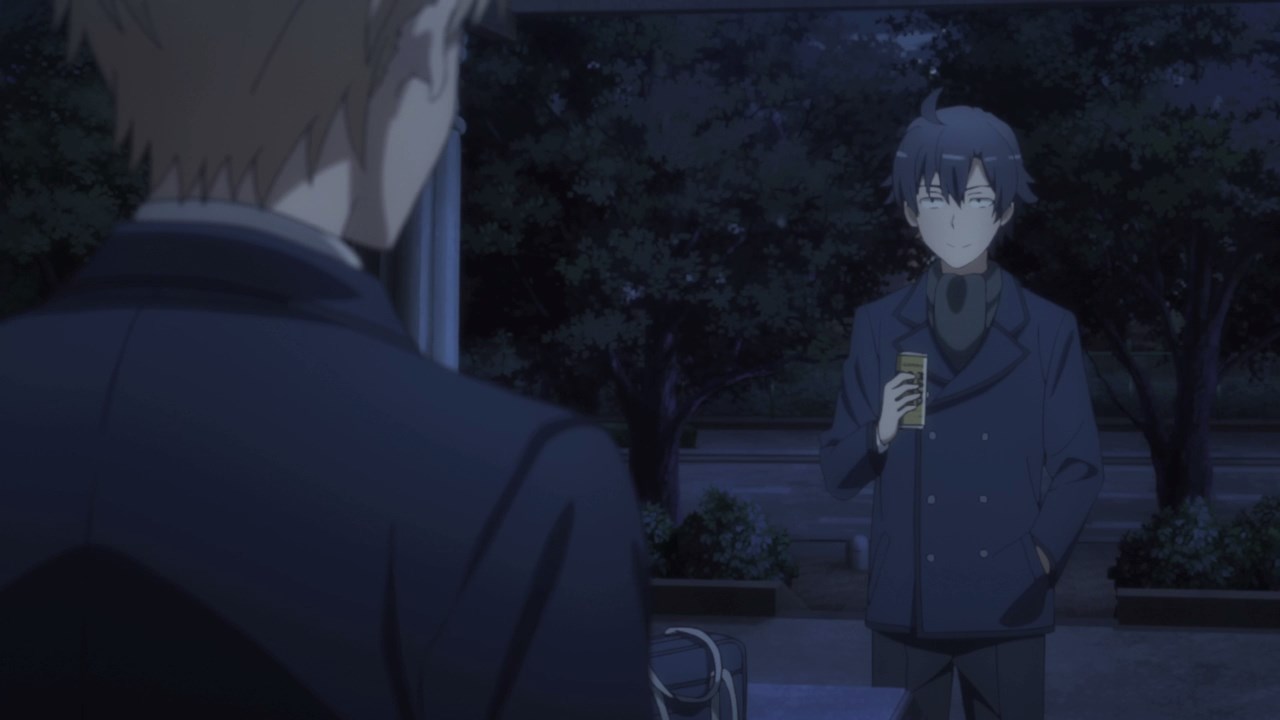 Well guys and girls, Hachiman Hikigaya is here to ask Hayato Hayama if the cool guy can help him on his prom night proposal. After all, he needs some hands to make his proposal into a spectacular failure. 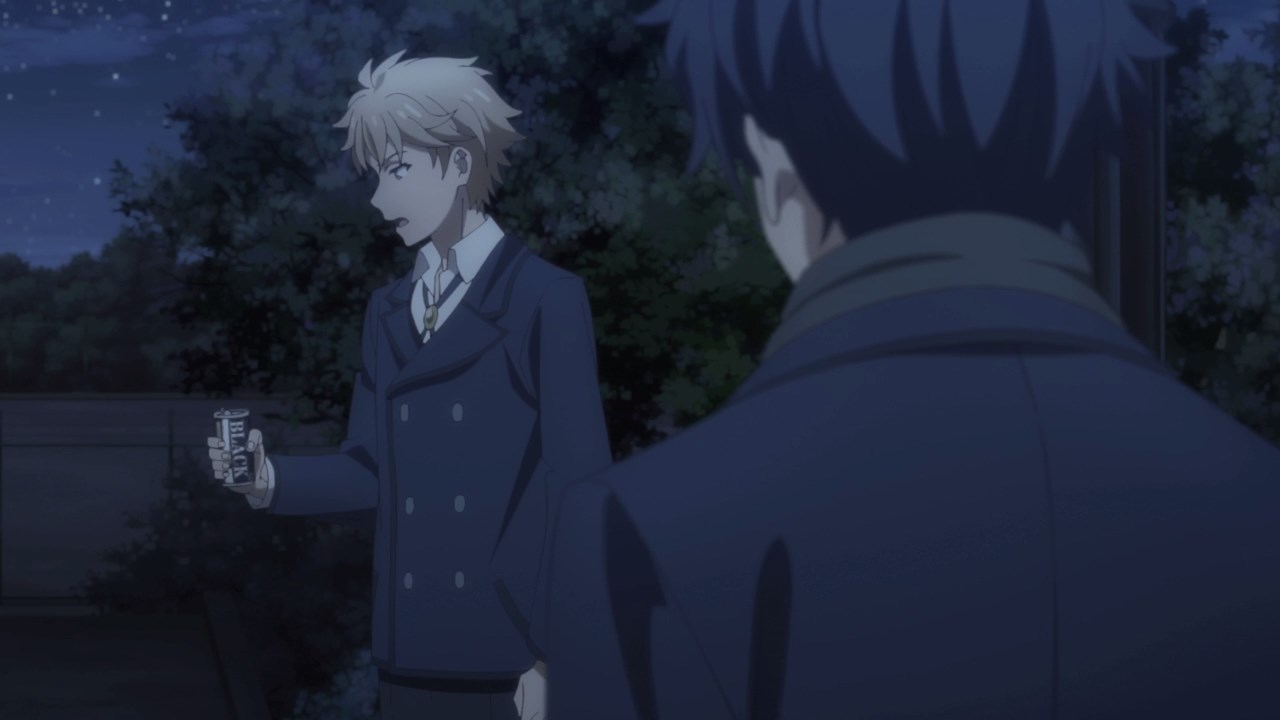 Unfortunately for Hikigaya, Hayama is not keen on helping him because he’s not only busy with other things, but Hayato fears about indirectly helping Yukino Yukinoshita in which he halfheartedly help her back then.

Well, that’s unfortunate for Hayato Hayama but despite his warning on Hachiman Hikigaya in regards to helping Yukinoshita, Hikky has his own pride on resolving various problems even though most of them will prove that his methods are wrong. 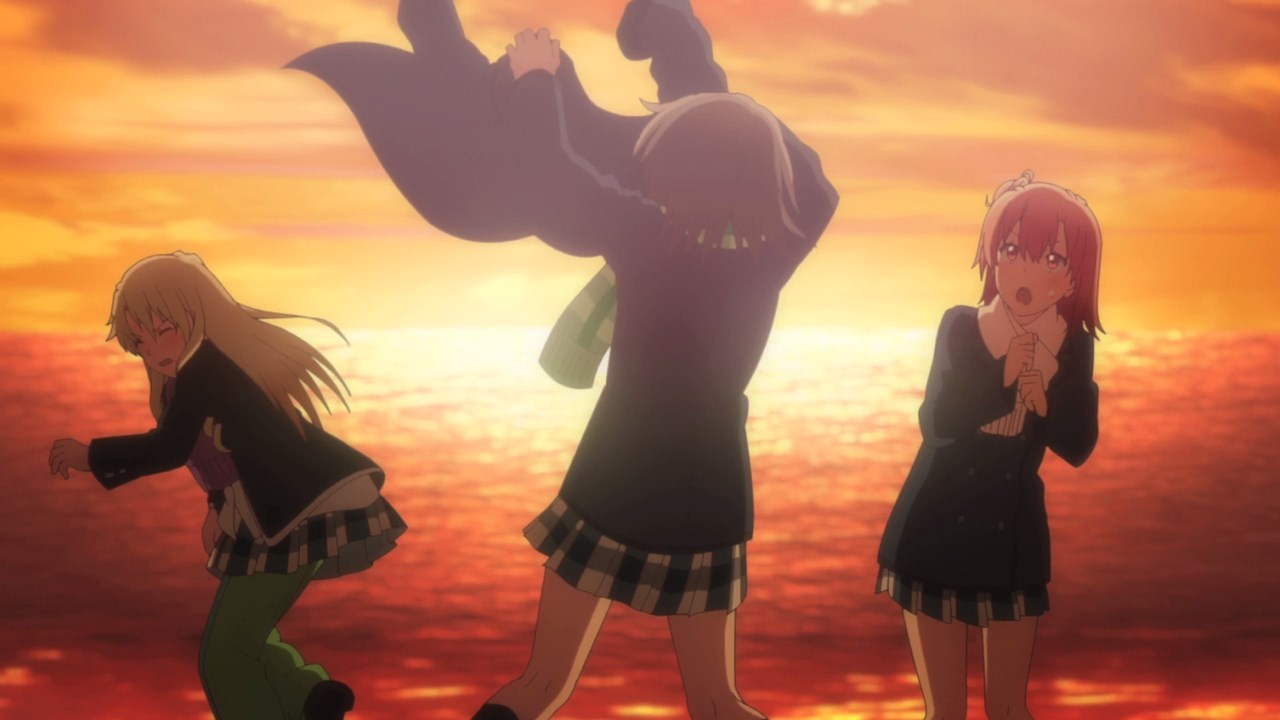 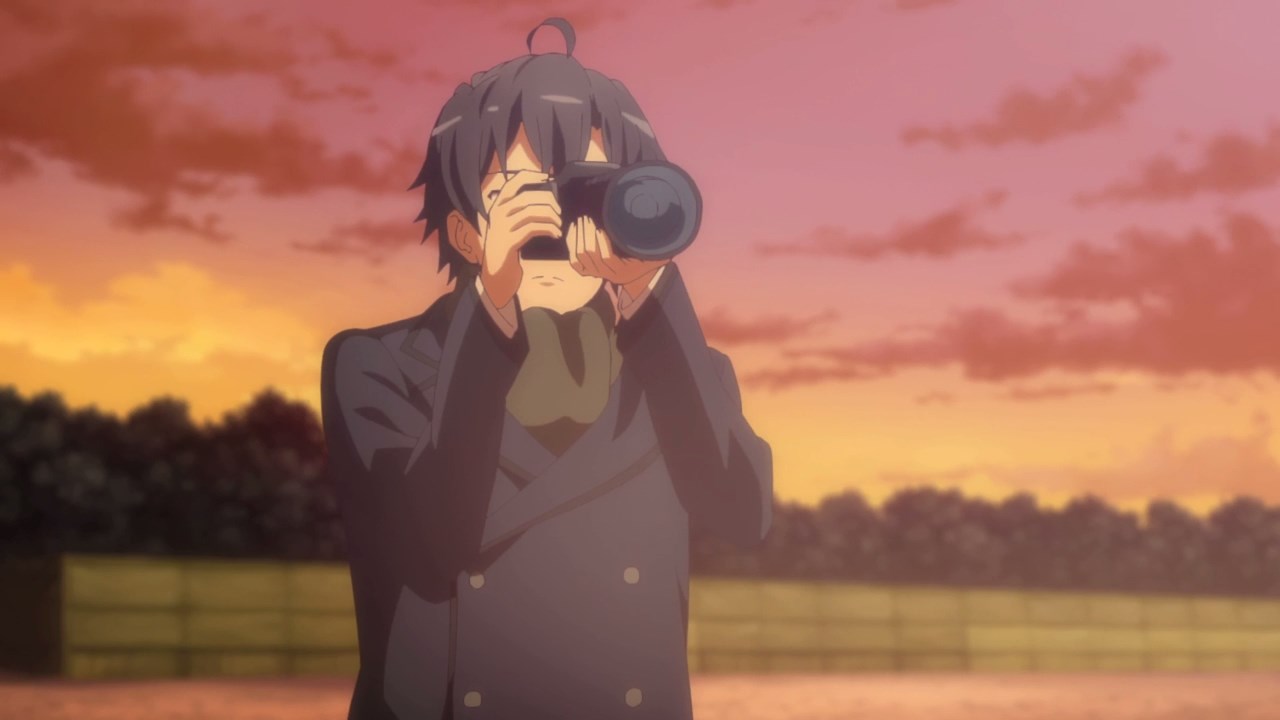 Now then, it’s time for Hachiman to make a good proposal that would be a treated as a bait project for the parent-teacher association. 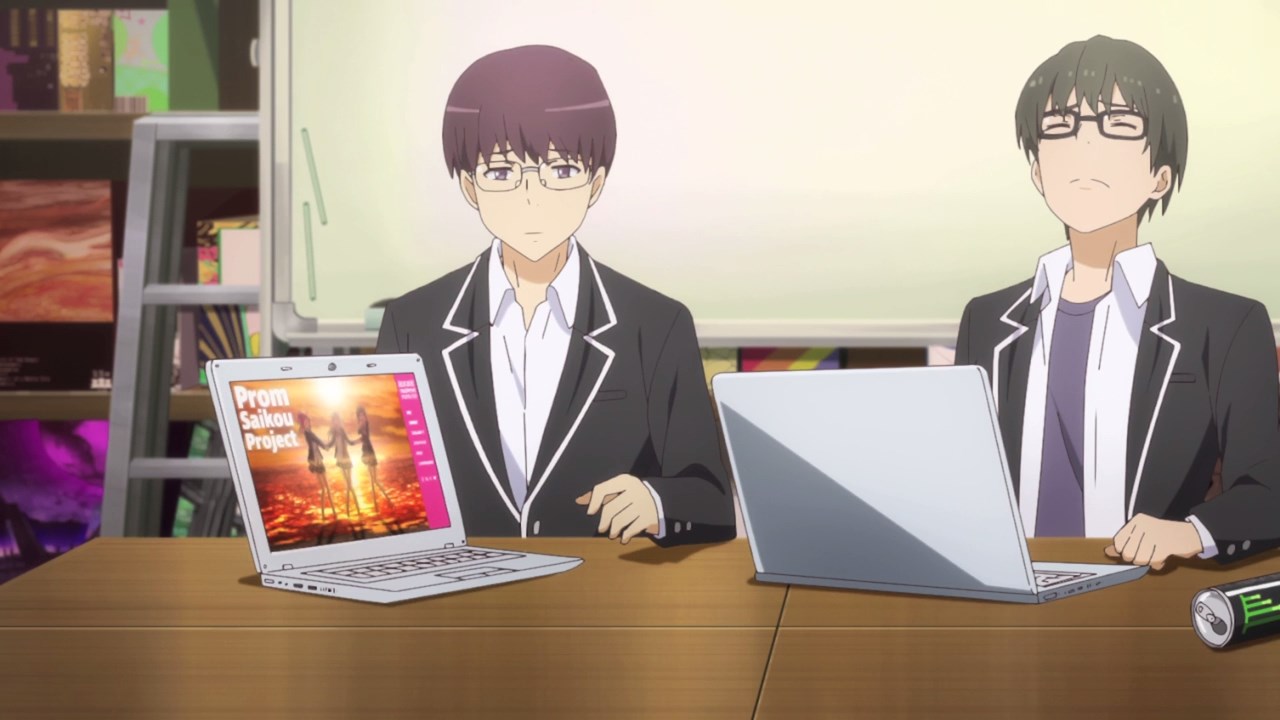 After taking a nice shot from the camera, it’s time for Hatano and Sagami to make a good website for the Prom Saikou Project. Yeah, it looks professional but does it work? 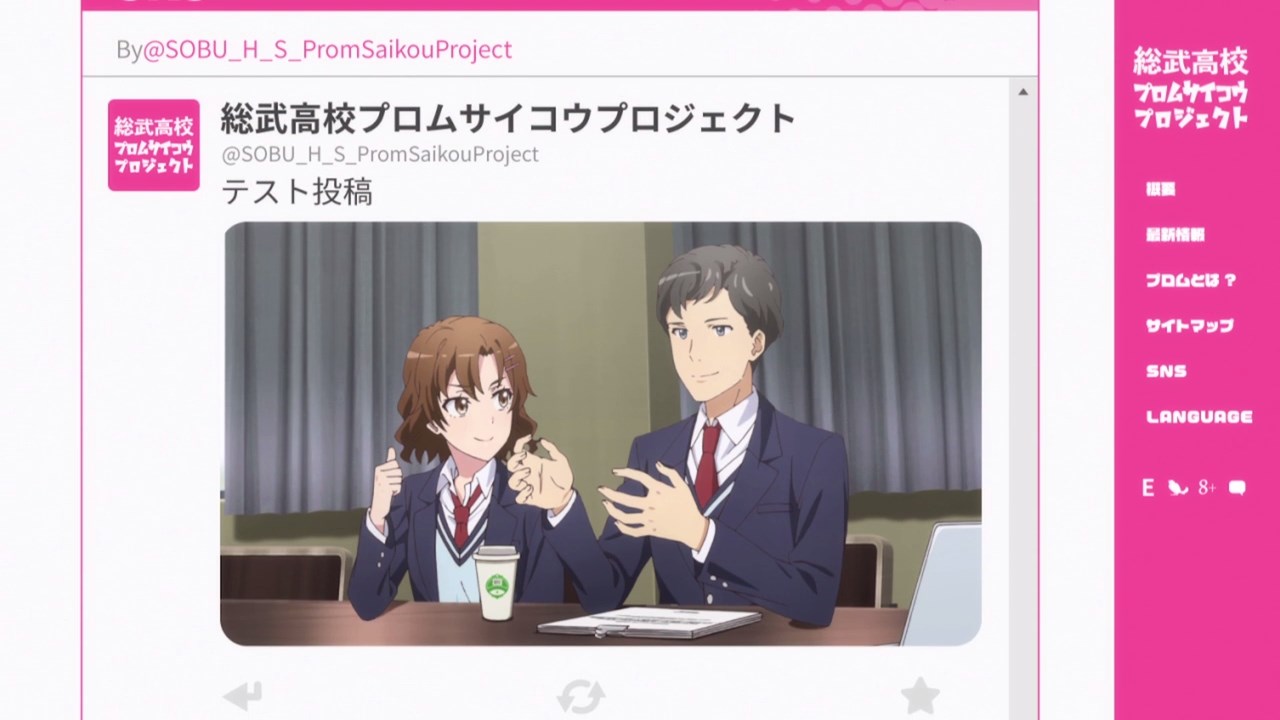 Well, let’s have its first post where it featured both Kaori Orimoto and Tamanawa-san from Kaihin High School. Okay, who made this first post? 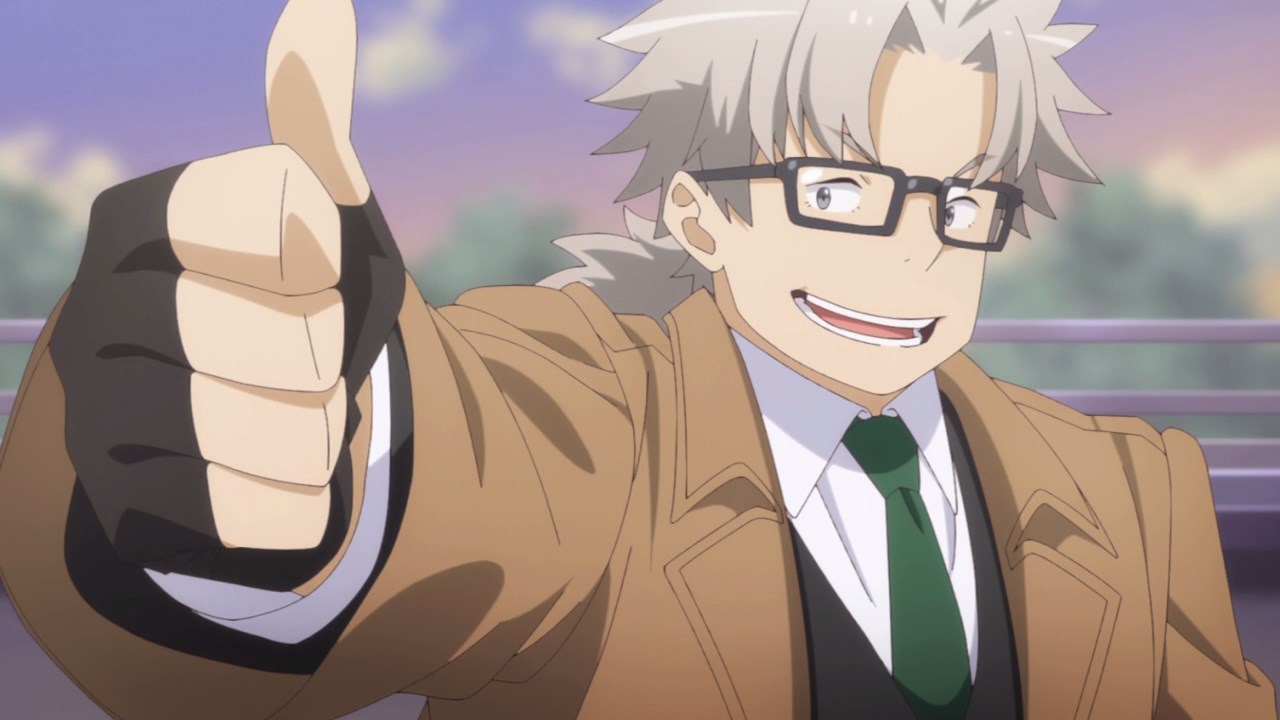 Oh, it’s Yoshiteru Zaimokuza where he gave it a thumbs-up that the site is finally working. Too bad that this website will be taken down once his proposal is cancelled. 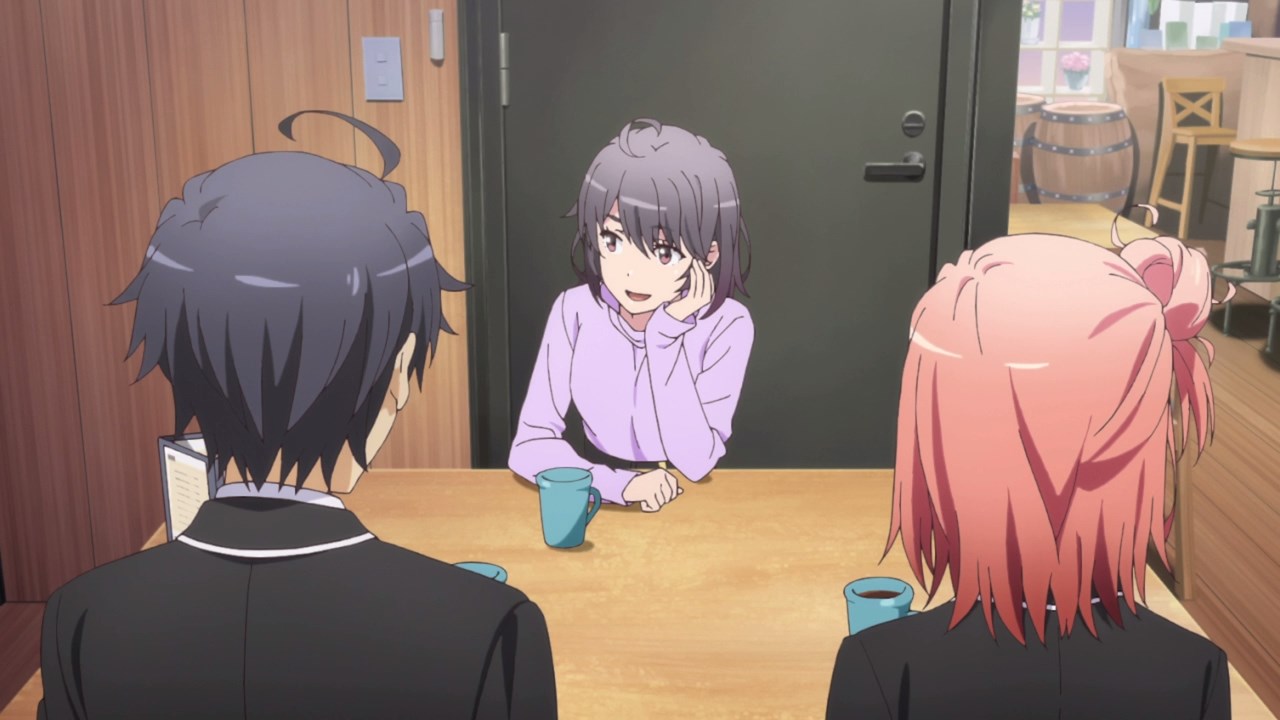 One last thing before his plan kick into high gear, it’s time to convince Haruno Yukinoshita to leak his proposal across social media so that the parent-teacher association will take notice.

Of course, Haruno is concerned that Hachiman and Yui’s indirect assistance towards Yukino might not look so good, especially when they’re dealing with the matriarch of the Yukinoshita family. But you know what, he’s prepared for it. 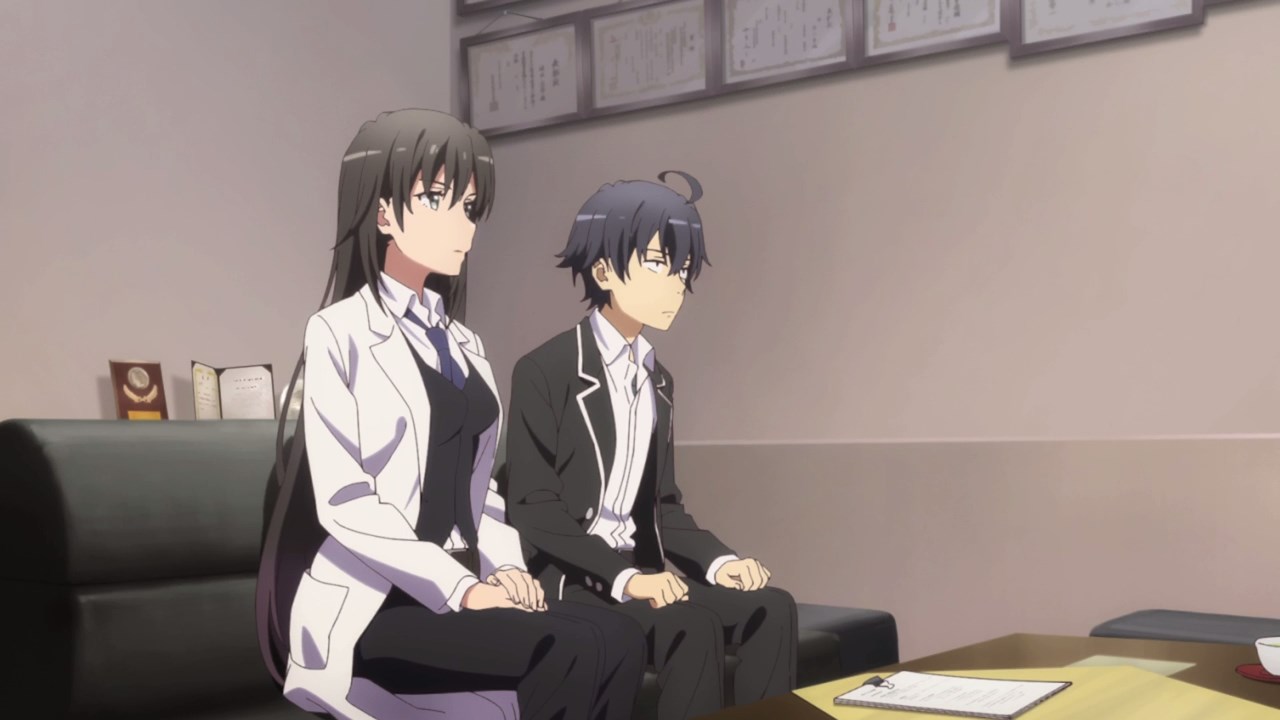 And now, it’s time for Hachiman to tackle the final obstacle to his plan as he’s gonna have a talk with Mrs. Yukinoshita in regards to his prom night proposal that is separate from Yukino. 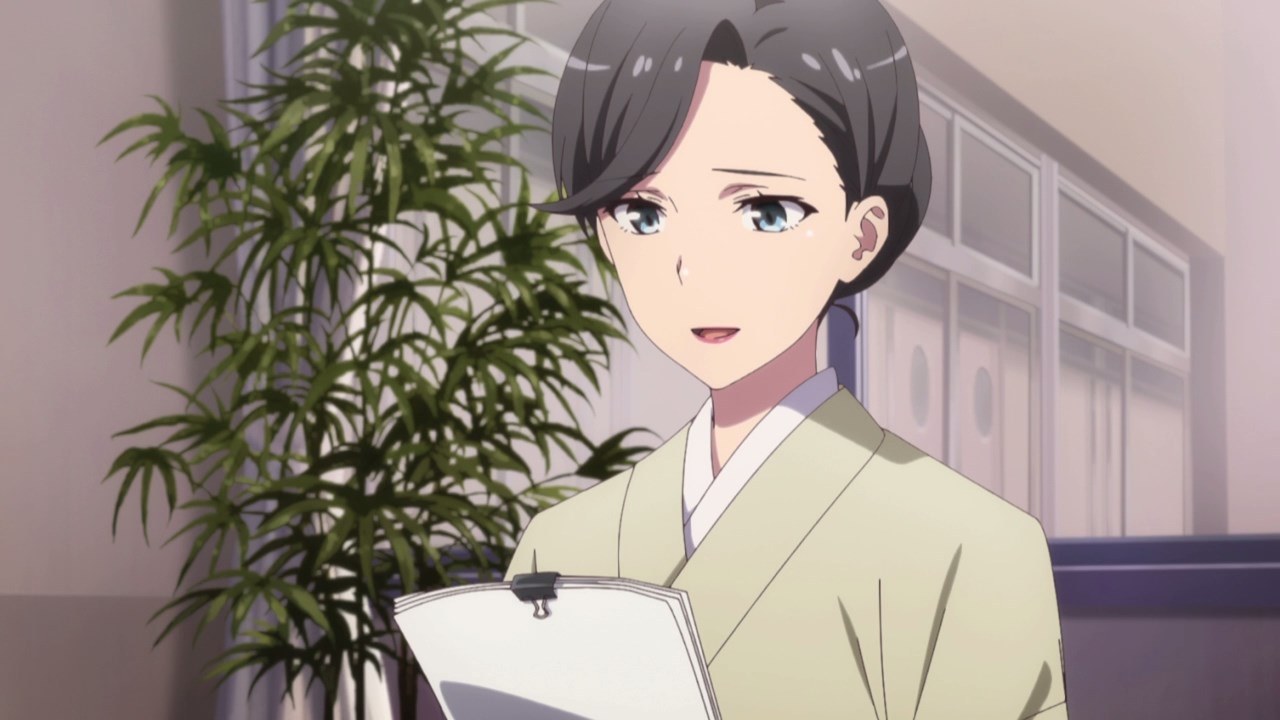 Unfortunately, Mrs. Yukinoshita already saw right through Hikigaya’s plans as the PTA will force the students to cancel the prom and forget about it, regardless of whether which proposal is better suited for the school.

Man, it’s really frustrating that no matter what plan he come up with, Yukino’s mother is one formidable foe. Of course, she’s just acting on behalf of the association so not only her opinions matter, but also those members who have some interests in Soubu High School. 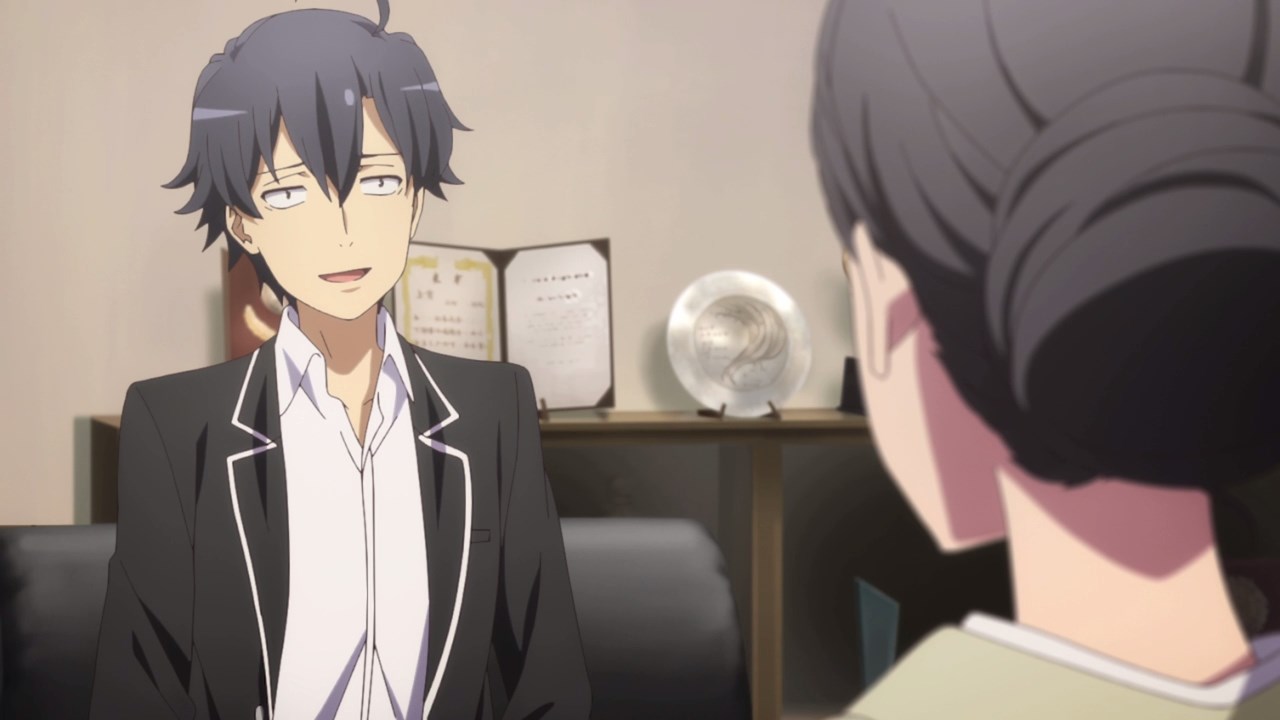 So, the only way for the prom night to happen is for Hachiman to convince Mrs. Yukinoshita to persuade the PTA members on supporting the proposal. Of course, the only one will get the green-light will be Yukino’s proposal.

Still, I have to say that Hikigaya made one risky move by telling Yukino’s mother to convince the PTA in regards to the prom night. Oh and one more thing, turns out that Hachiman got caught in an accident when he got run over by one of Mrs. Yukinoshita’s limousines which he got a leg injury. At least Yukino’s mother paid the bills which is why Hikigaya can finally walk.

So yeah, let’s hope that his final gambit will work in order to save the prom night. 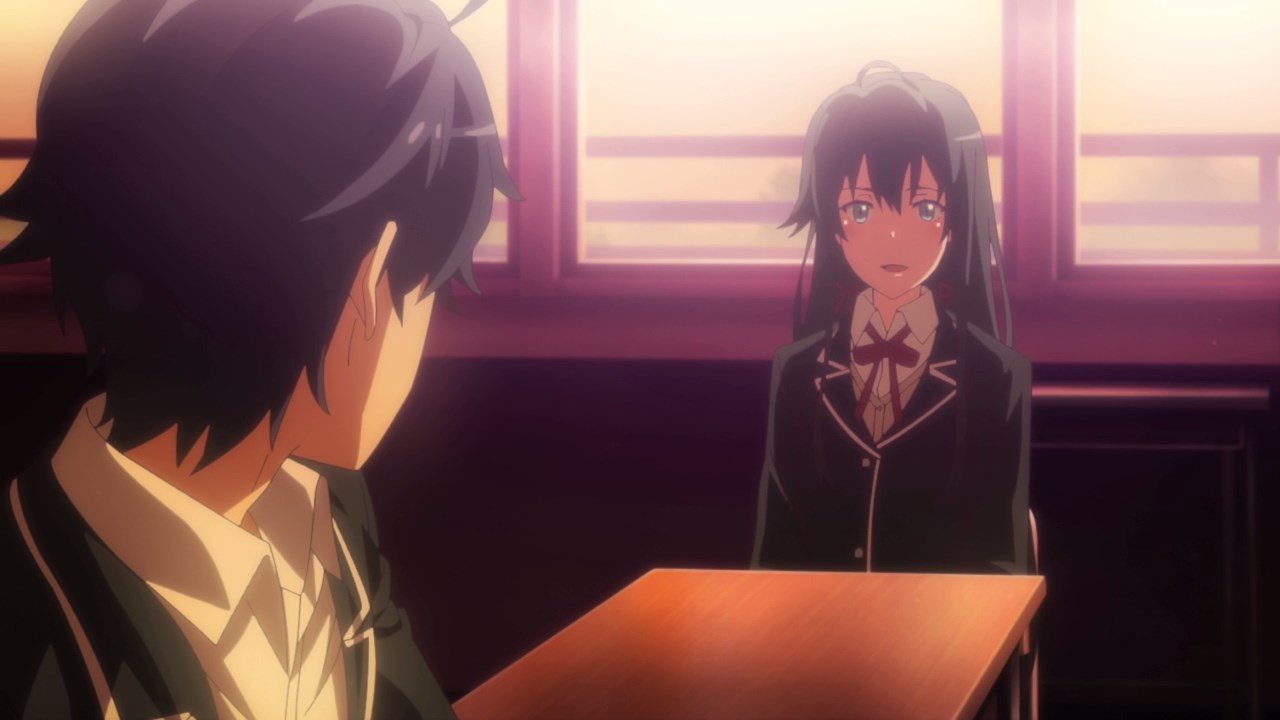 And you know what, it works as the PTA has decided to choose Yukino Yukinoshita’s prom night proposal, meaning that everything Hachiman created went into the trash can. But that’s okay ’cause this is what Hikigaya wanted.

As for Yukino, while her proposal got the green-light, it seems that she lost the battle because Hachiman pulled some tricky maneuvers to make it happen. 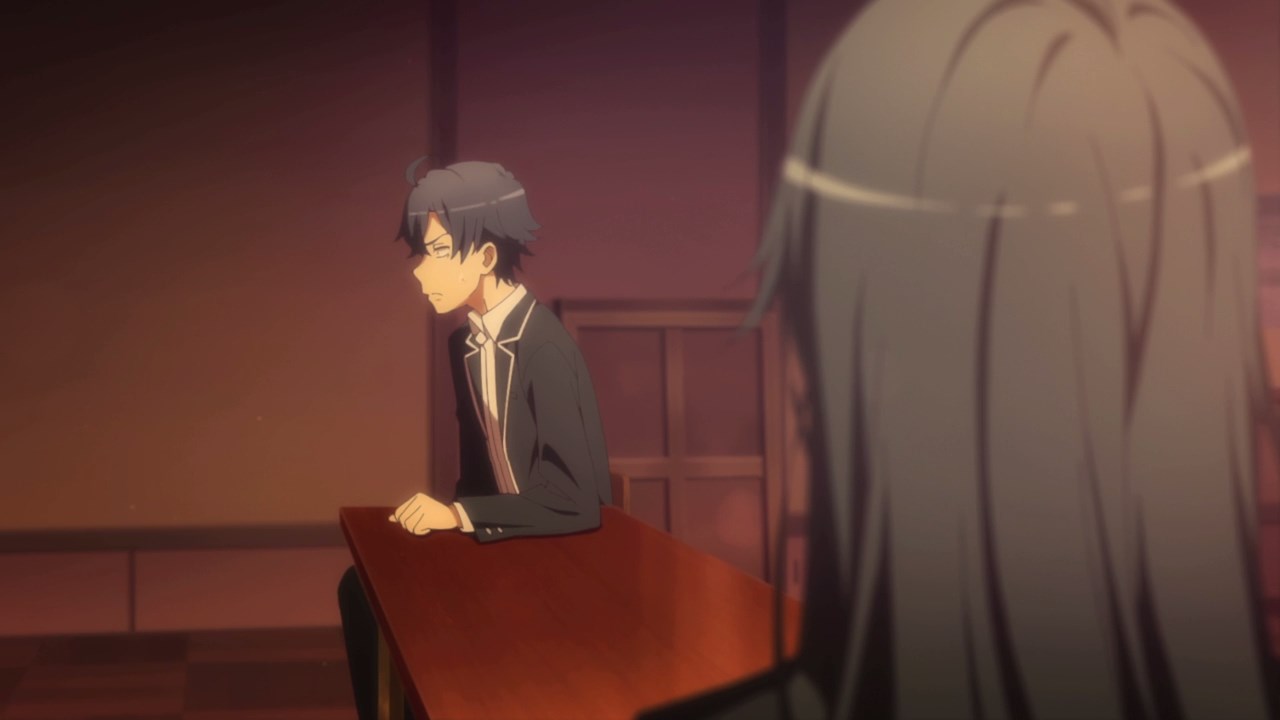 But in the end though, Yukinoshita’s proposal won over Hikigaya’s extravagant plan so she deserved it. And since Yukino has won, it’s time for the loser to grant the winner’s wish ’cause they need a wager for their showdown. 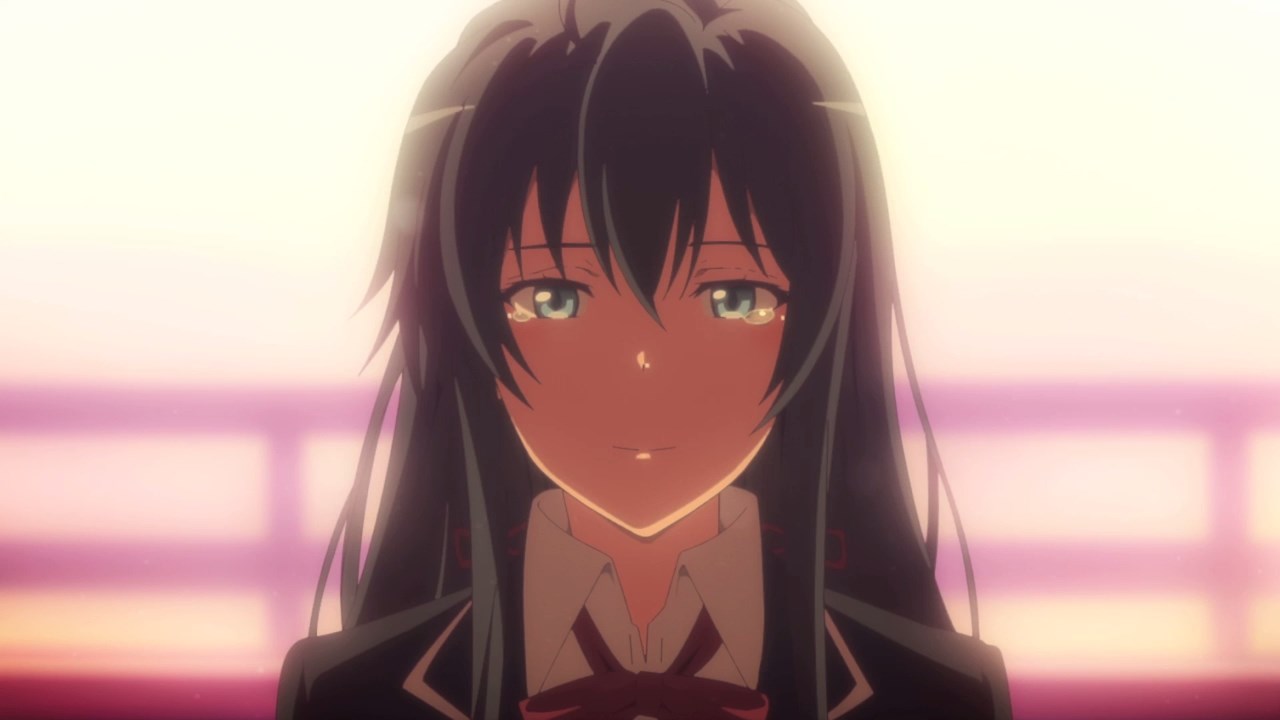 Well, it turns out that she wants Hachiman to grant Yui’s wish. Wait a minute Yukinoshita, are you sure that you really want him to grant someone’s wish ’cause Yuigahama wants you and Hikigaya to be happy together? Or something different like you want him to be happy with Yui? 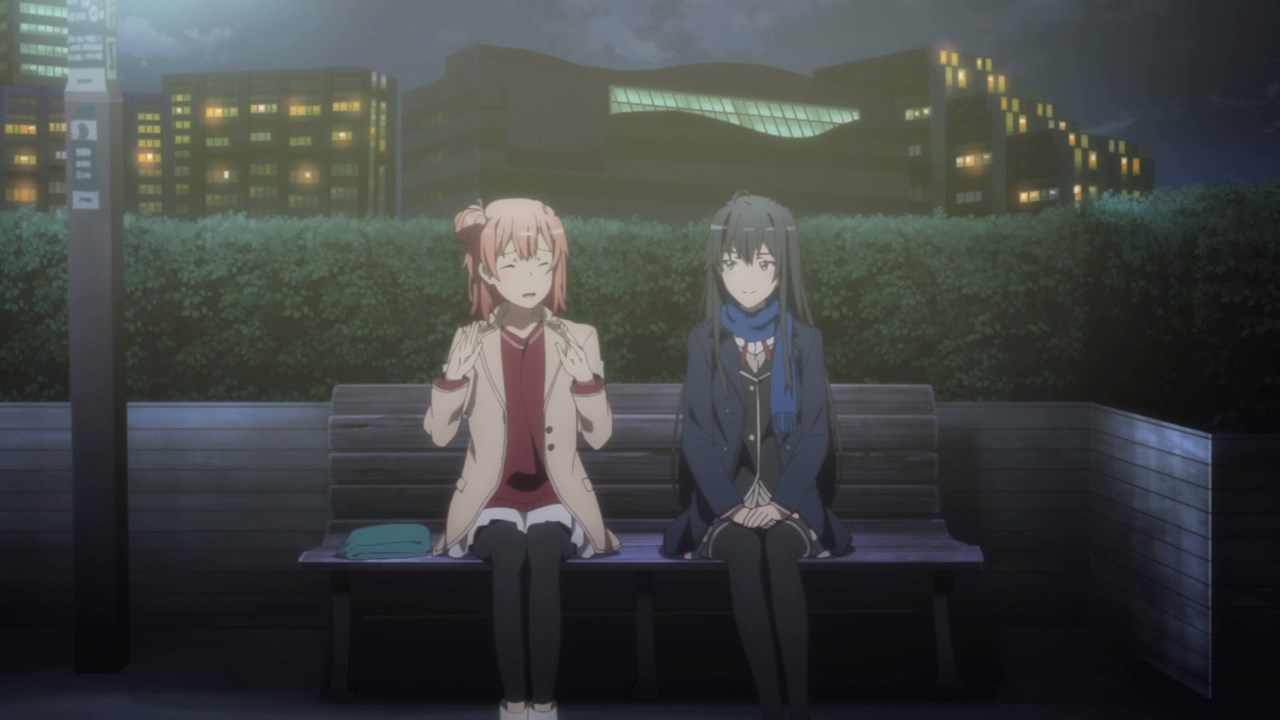 Well then, let’s end this post as Yui Yuigahama is excited for the upcoming prom night. Of course, she really wants to do various things with Yukinon and Hachiman once the promenade is over.

With that said, I’ll see you next as Oregairu is reaching its end!