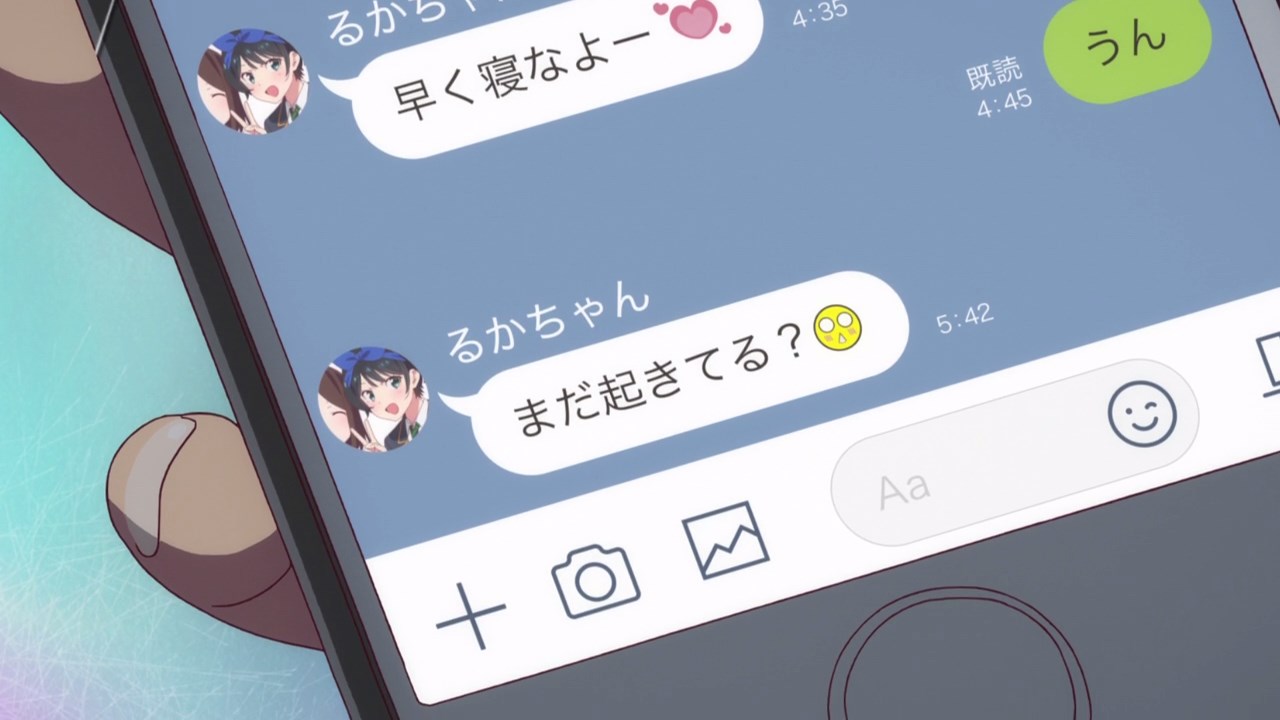 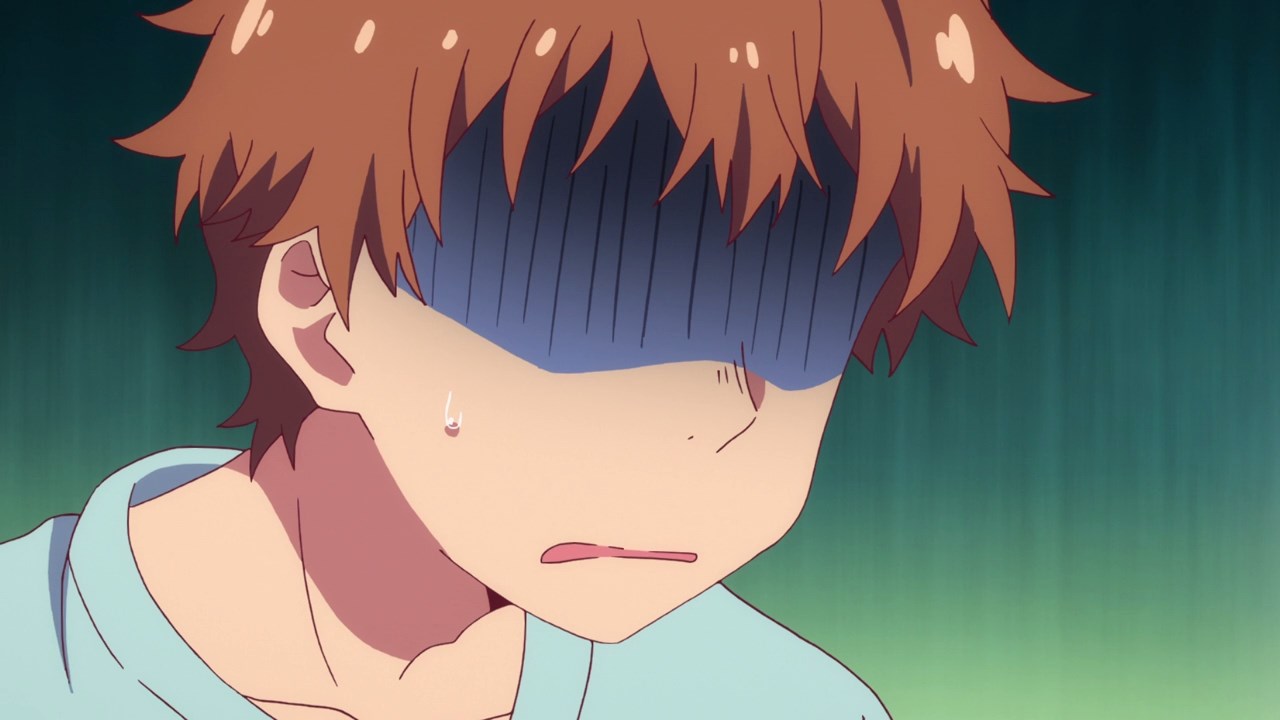 Oh boy, ever since Kazuya Kinoshita agreed to date Ruka Sarashina, it’s getting worse for him as Kazuya got little sleep because Ruka-chan is constantly texting him.

Man, Sarashina is one psychotic girlfriend that she wants to keep Kinoshita in check 24/7! 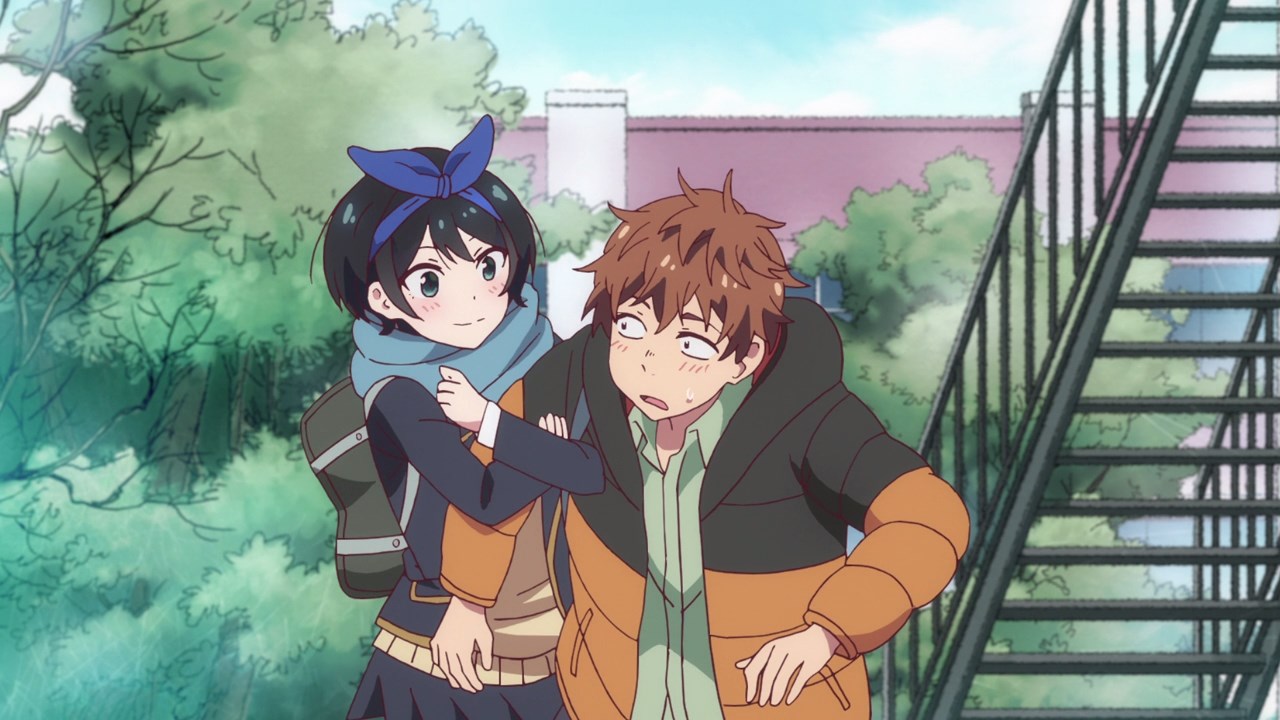 With that said, Kazuya Kinoshita’s life is in constant hell ever since he has a trial relationship with Ruka Sarashina.

And since Ruka is a rental girlfriend, Kazuya’s wallet will hurt the most because he’s gonna spend tons of hours with her. Man, if only Sarashina is a normal girlfriend rather than a rental one. 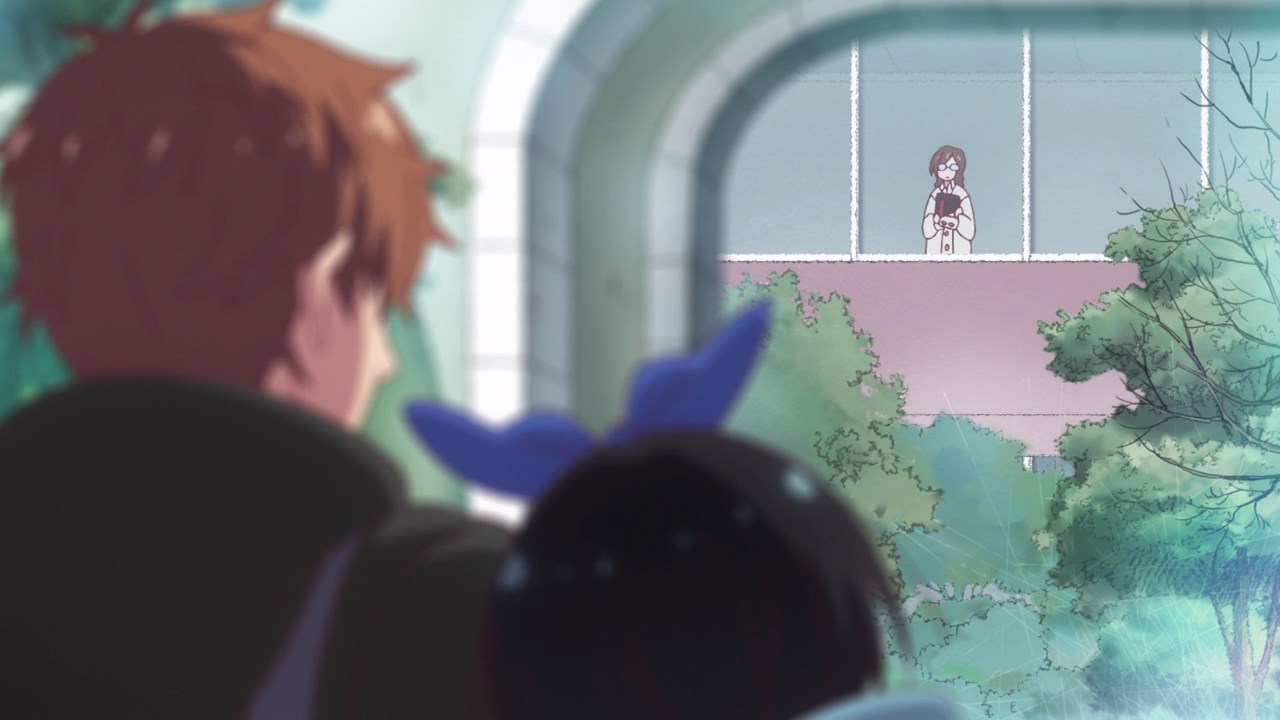 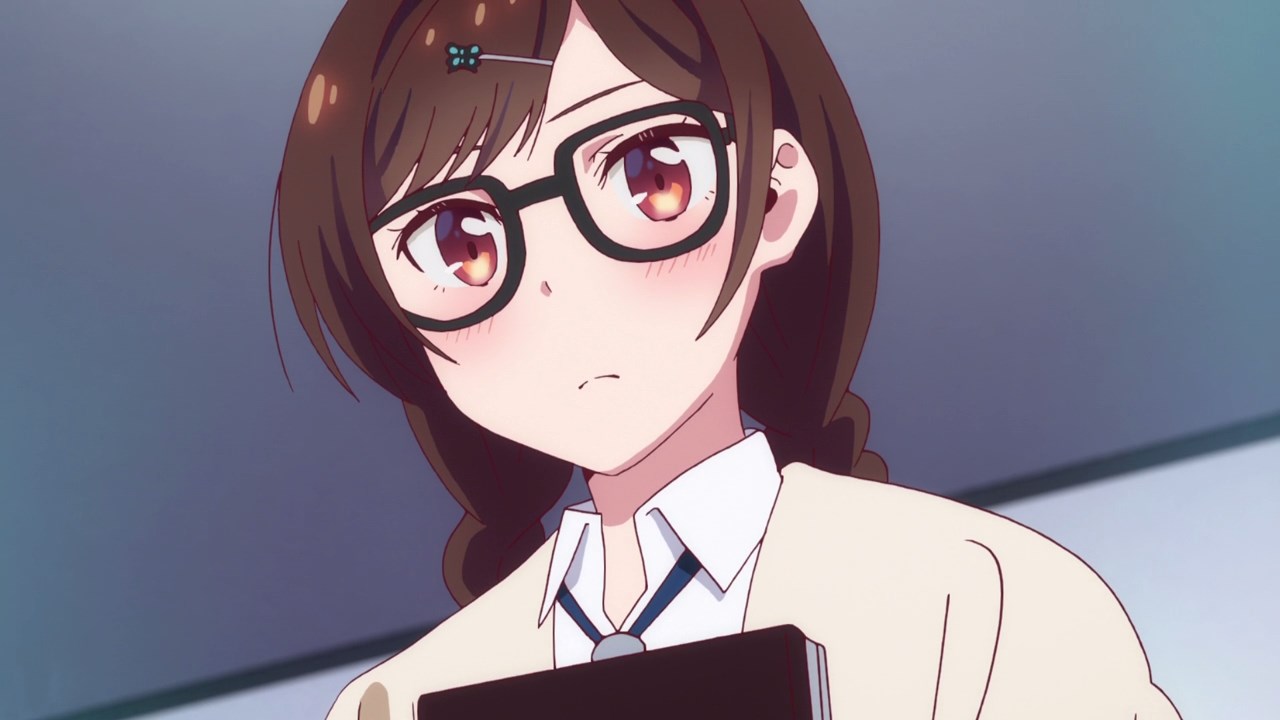 On the other hand, here’s Chizuru Mi- I mean, Ichinose where she’s just looking at him from a distance. Not like she cares about her client since Kinoshita is just a pathetic loser. 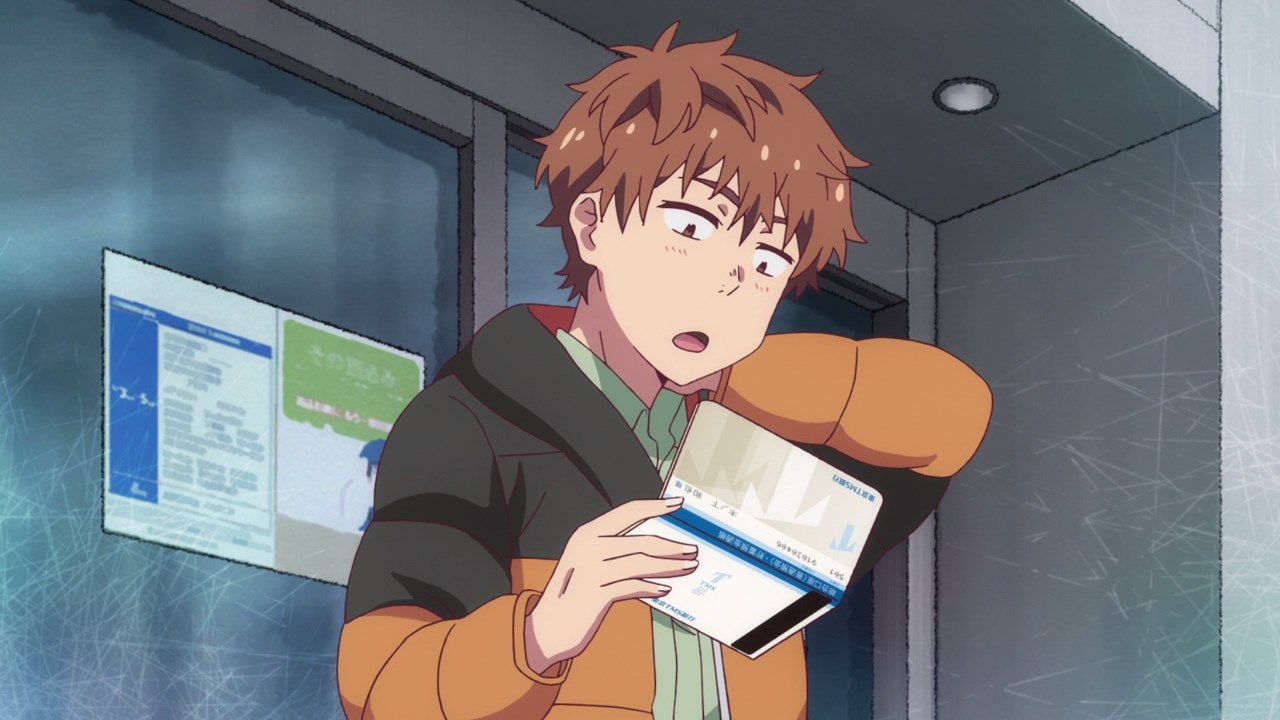 But speaking of Kinoshita, looks like his money reserves is getting smaller and smaller as the holiday season has finally arrived.

Basically, he can’t spend his Christmas savings on his rental girlfriend and thus, Kazuya will force to take a part-time job in order to survive the harsh winter. 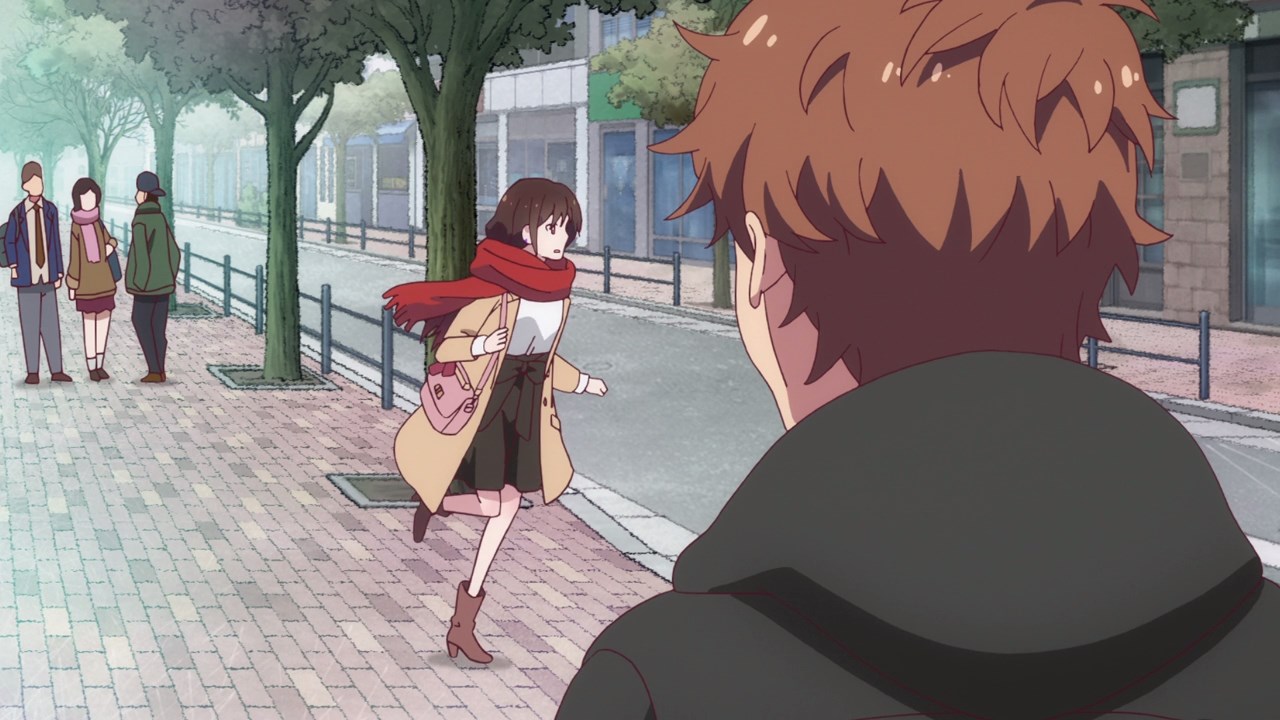 Anyways, looks like Kazuya encountered Chizuru where she’s in a hurry to meet someone. 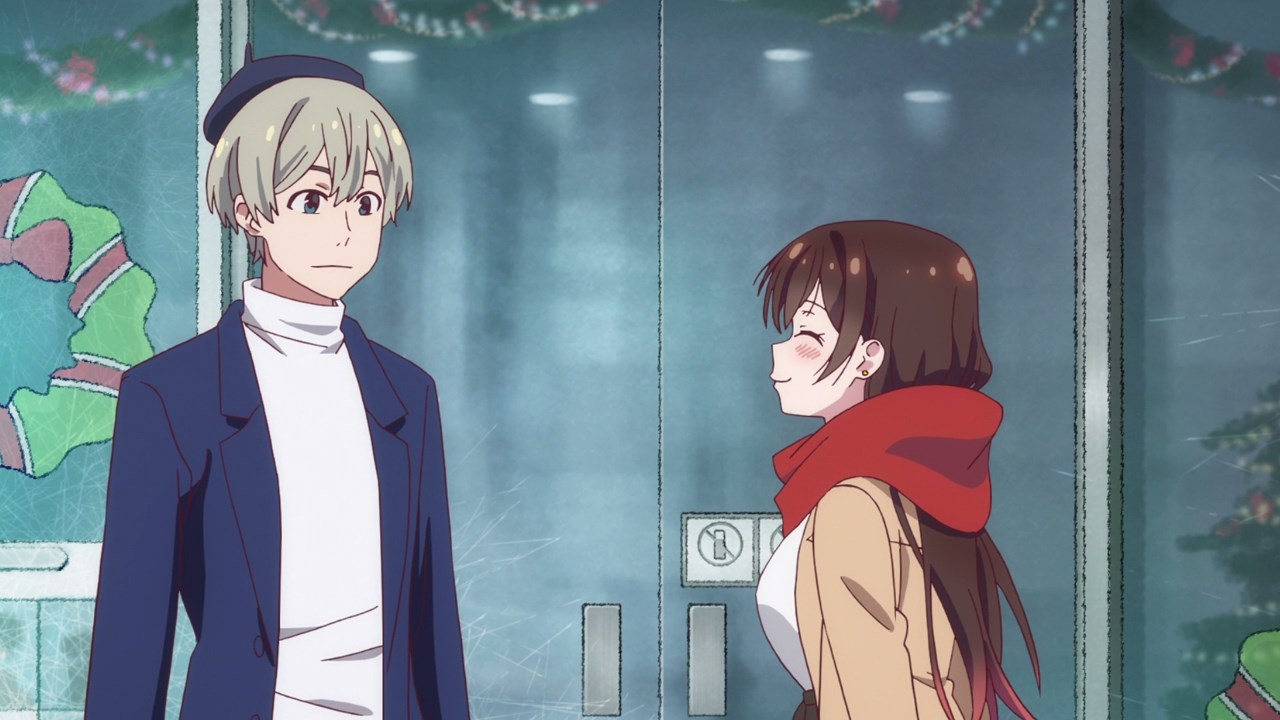 Someone like Umi-san where Chizuru Mizuhara is really happy to see him. Wait, don’t tell me that she’s dating Umi-san for real while she played those clients like a fiddle? 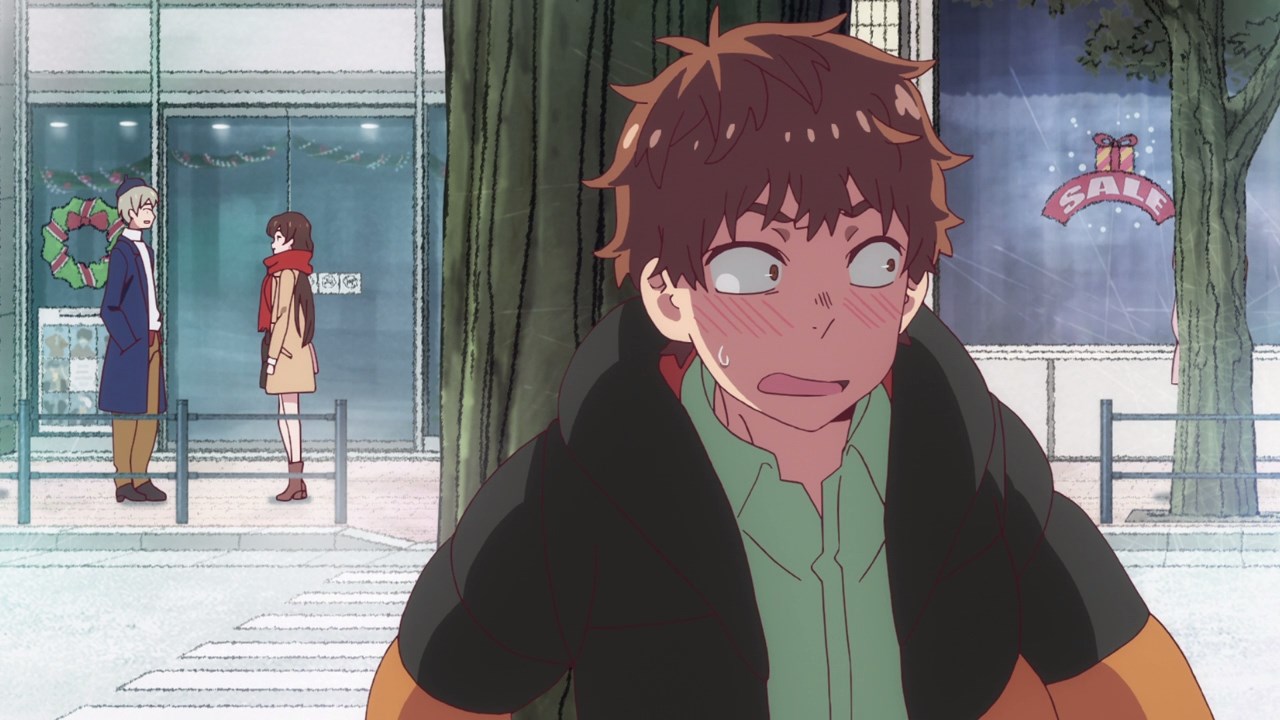 Regardless, Kazuya Kinoshita followed them as he’s worried that Chizuru’s boyfriend is actually a scumbag.

Sure that Kazuya is actually committing a crime where he’s stalking his rental girlfriend, but he fears that Mizuhara might get fooled by one man despite looking like a hottie. 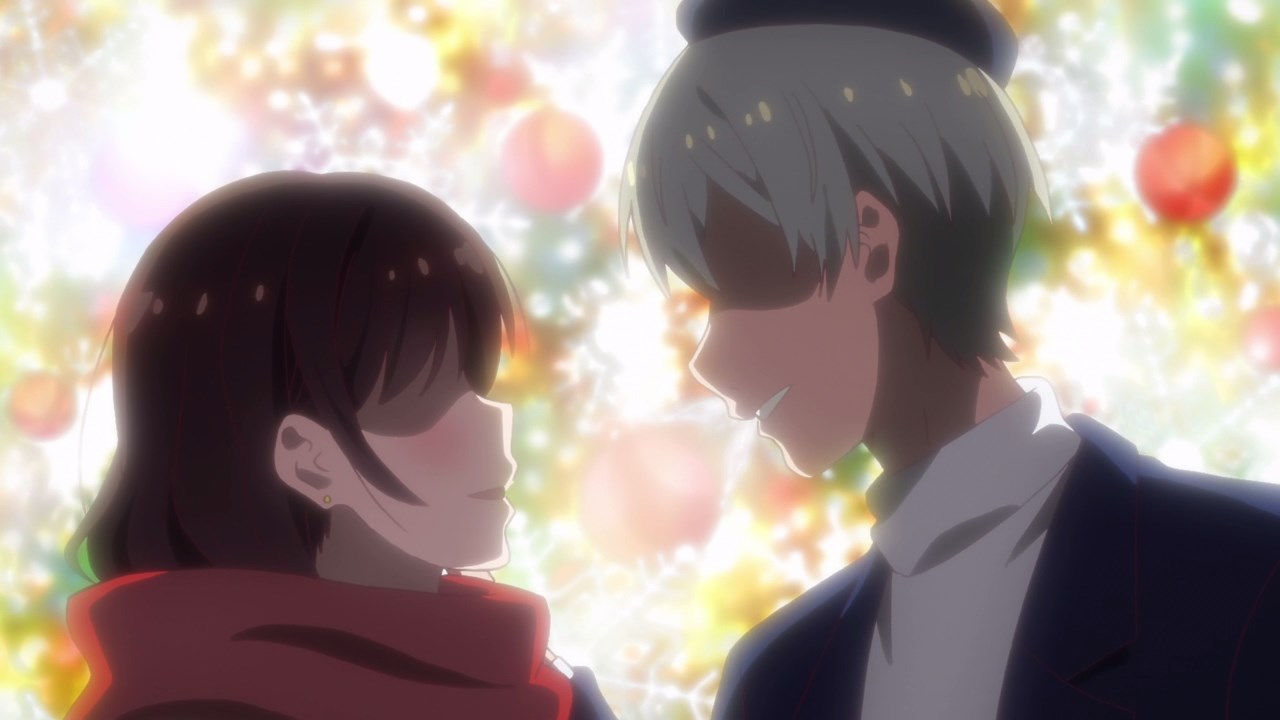 Anyways, it’s time for the main event where Chizuru Mizuhara is about to kiss Umi-san in the lips. Oh, and they’re gonna do it under the Christmas tree. 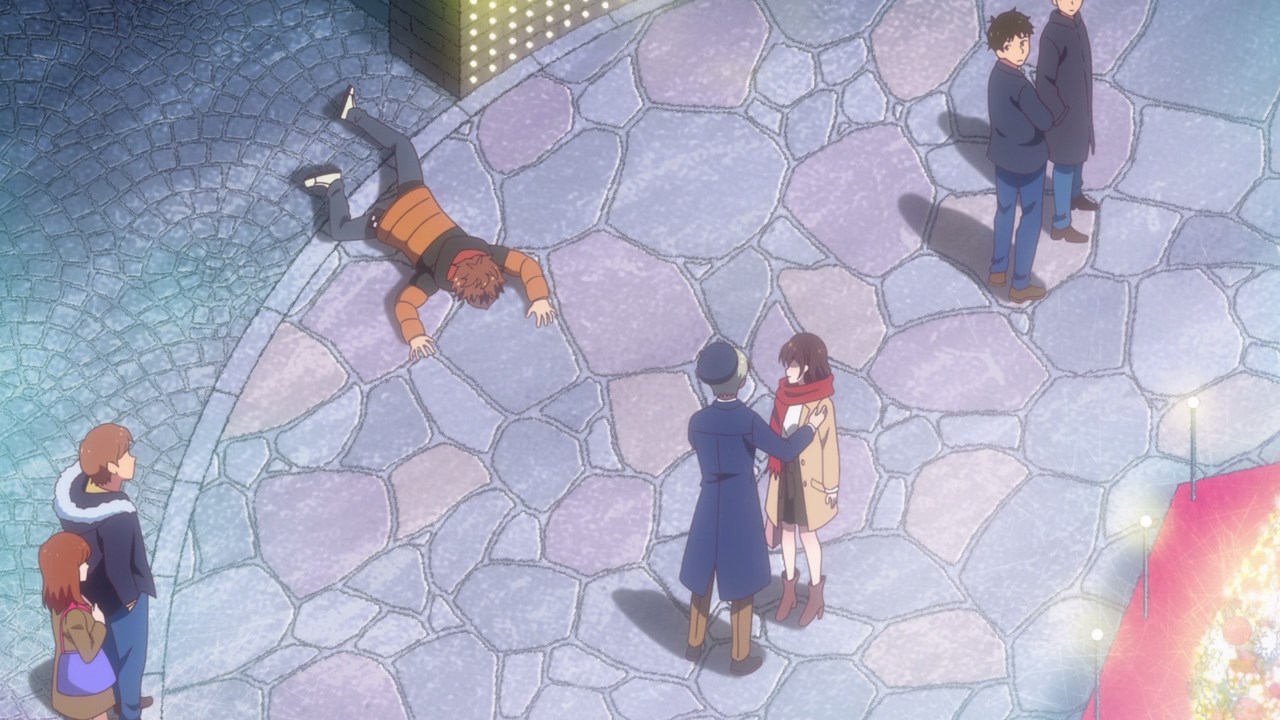 Unfortunately, it was interrupted when Kazuya Kinoshita blow his cover as he fell down to the floor. Man, you’re such a klutz! 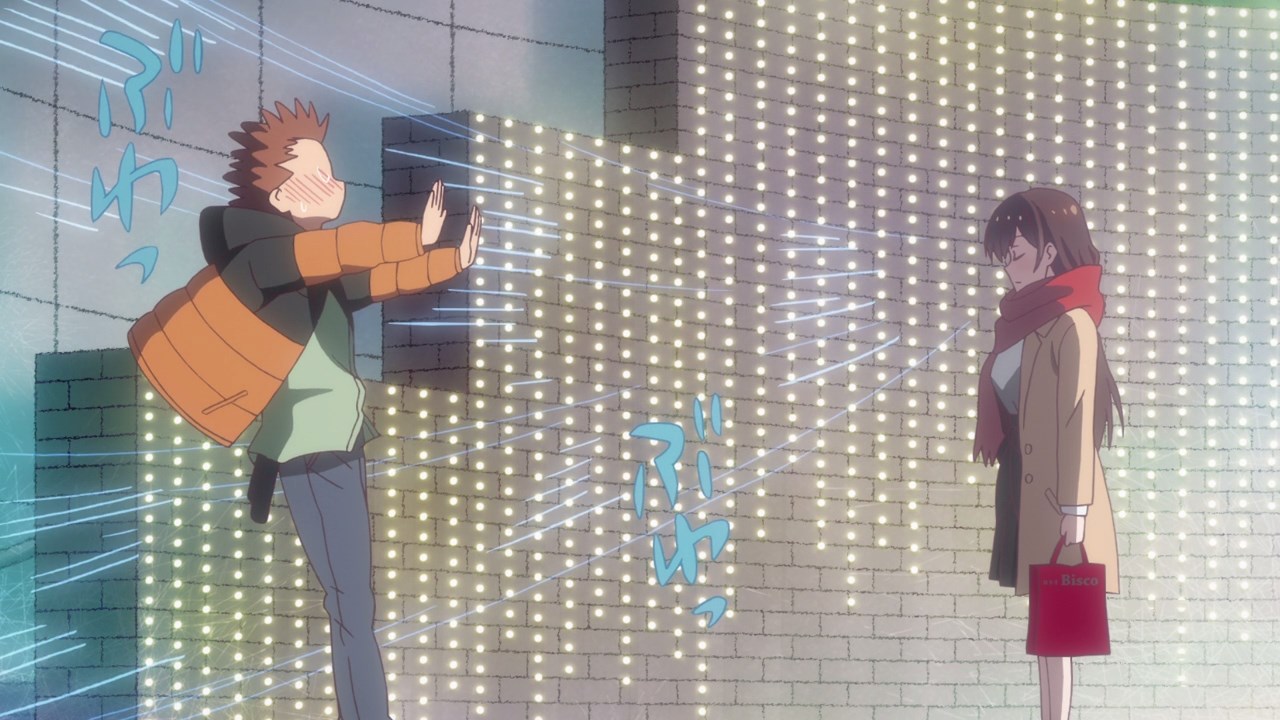 But here’s Chizuru Mizuhara where she explains to Kazuya Kinoshita that she’s an actress. Well actually, Chizuru is studying at an acting school but since it costs money, Mizuhara becomes a rental girlfriend to pay the tuition fee.

Man, I’m very surprised that Chizuru is an actress and it’s no wonder why she can improvise when Mizuhara is in a tough situation. 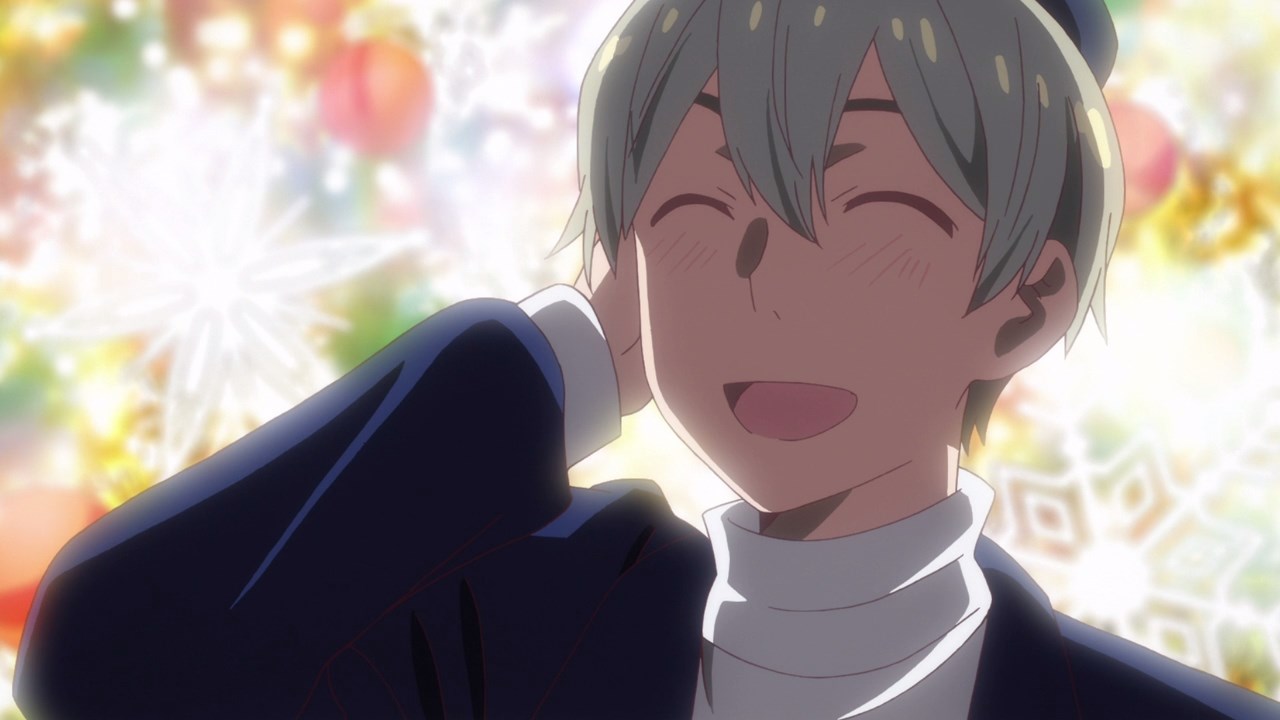 Oh and as for Umi-san, it turns out that he’s actually Chizuru’s classmate where he asked Mizuhara for help.

Looks like those misunderstandings have finally cleared up. But still, Kinoshita looked like an idiot for tailing them all day. 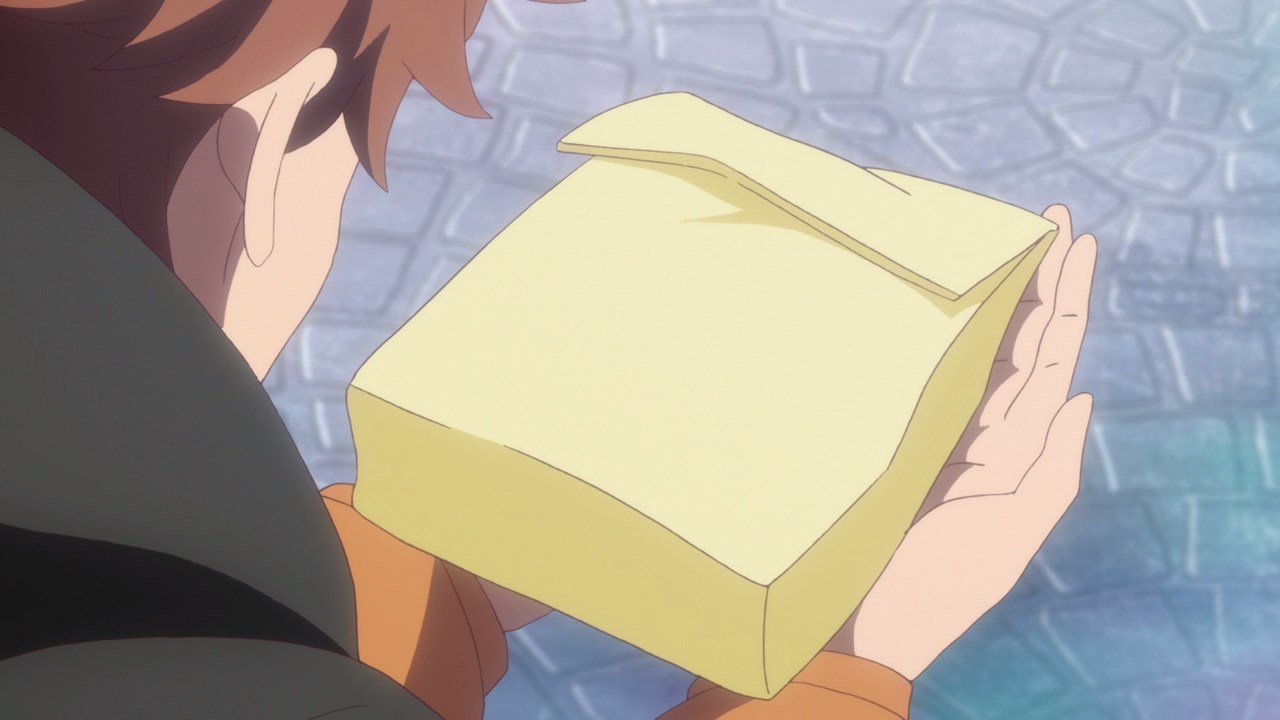 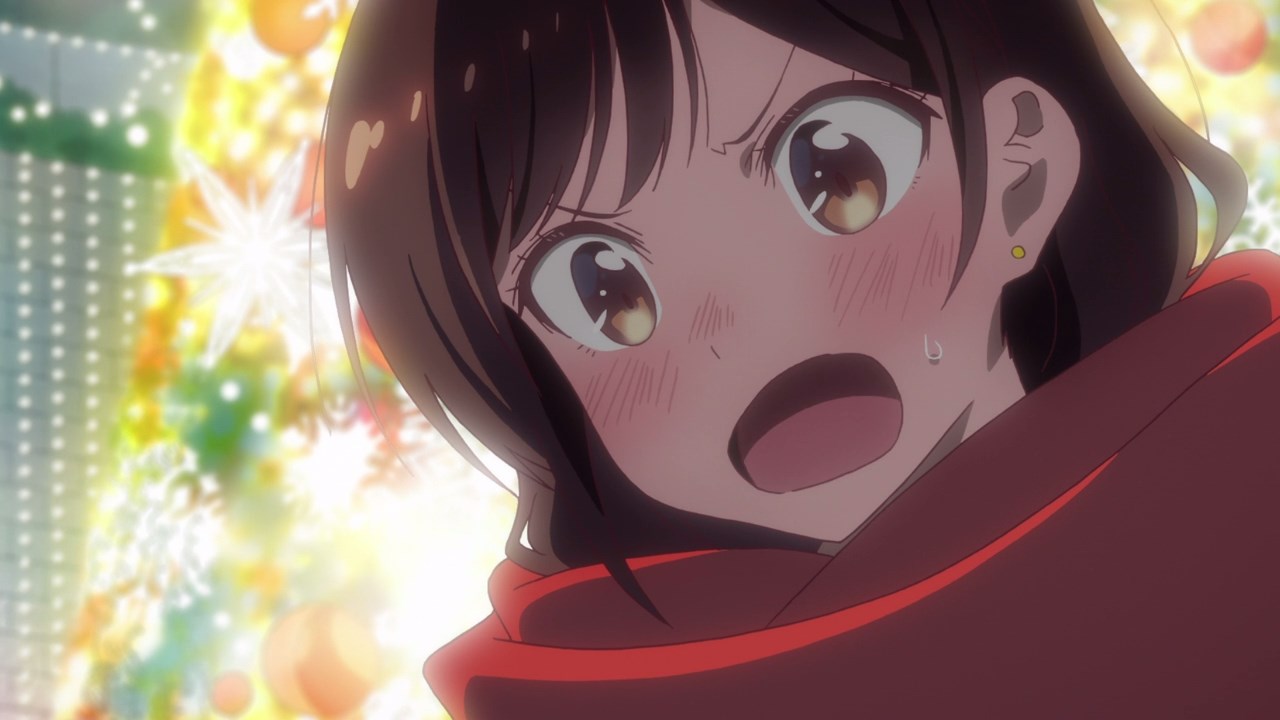 But speaking of Kinoshita, seems that he got a present from Mizuhara where she felt pity towards him. Had Chizuru didn’t express some pity, Kazuya would have been arrested for stalking her. 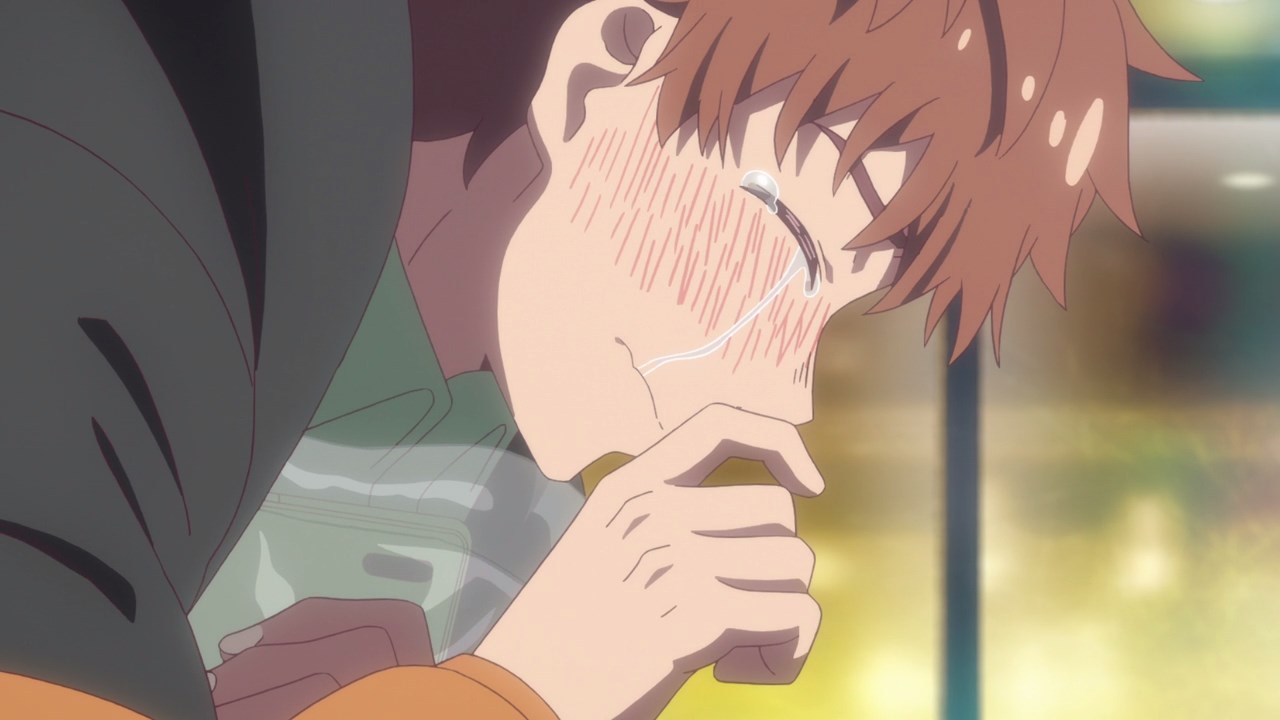 Anyways, looks like Kazuya Kinoshita is shedding tears of joy as he got something for Christmas. Of course, I still mock him for renting a girlfriend after a painful breakup with Mami Nanami.

But you know what, after seeing him looking like a fool on this episode, I pity him because Kazuya is scared that he can’t faithfully trust a girlfriend, especially when she’s cheating on him. Seriously, I blame Nanami for starting this whole mess!

With that said, tune in next time where Kinoshita is still tied to Sarashina’s trial relationship.