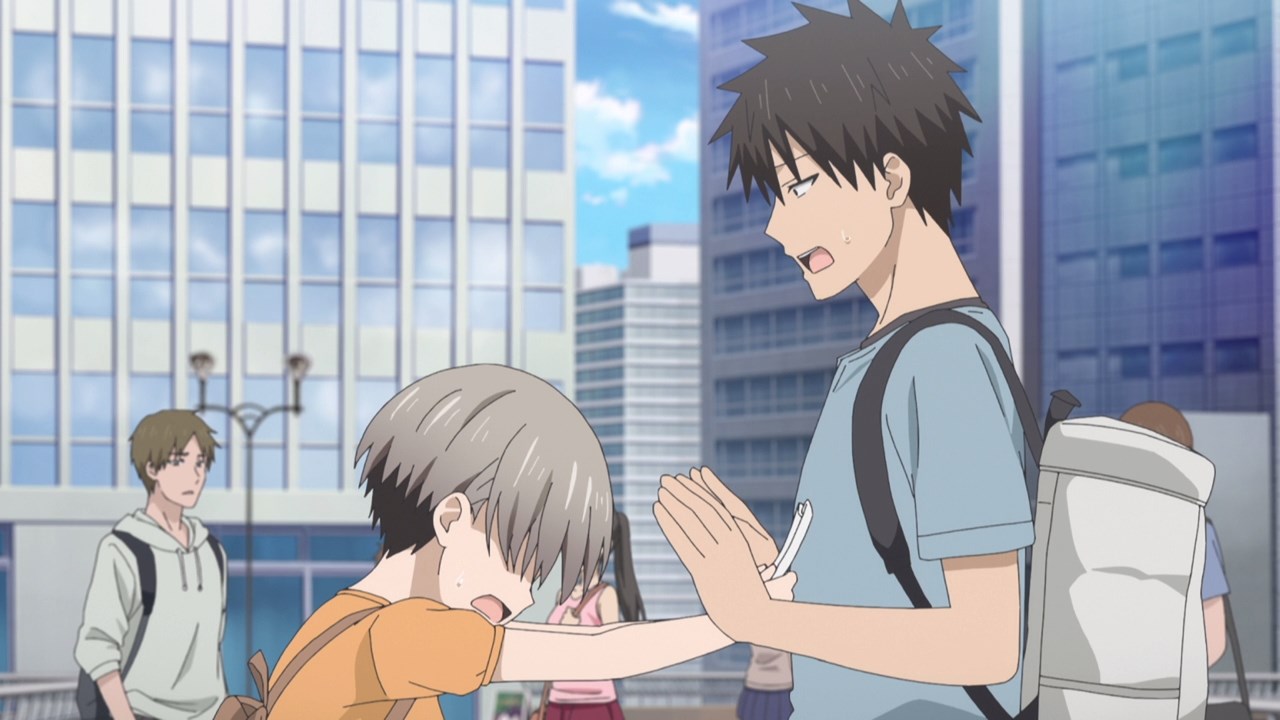 Oh boy, looks like Hana Uzaki paid Shinichi Sakurai with money from her mom ’cause she soiled his futon. Well Uzaki, I think you’ve learned your lesson on drinking too much beer. 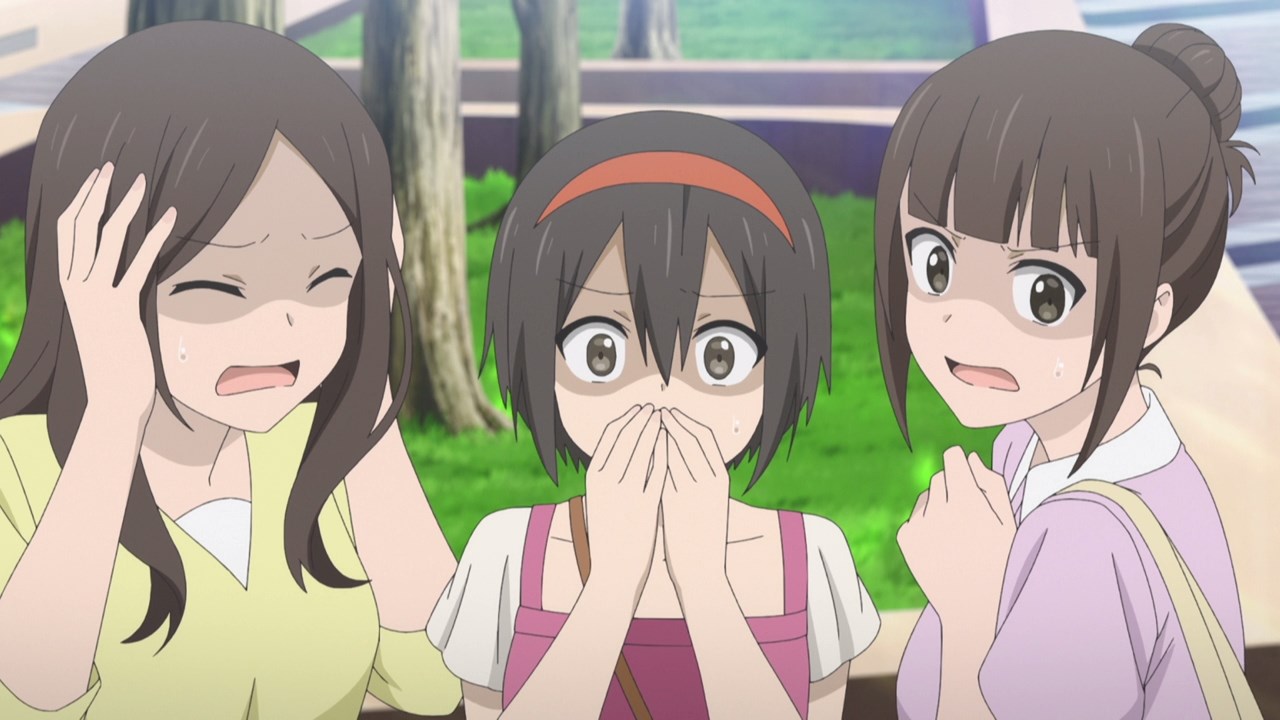 Of course, those girls misinterpret it as blackmail and extortion because they thought that Sakurai raped Uzaki-chan. Oh please, you got it all wrong! 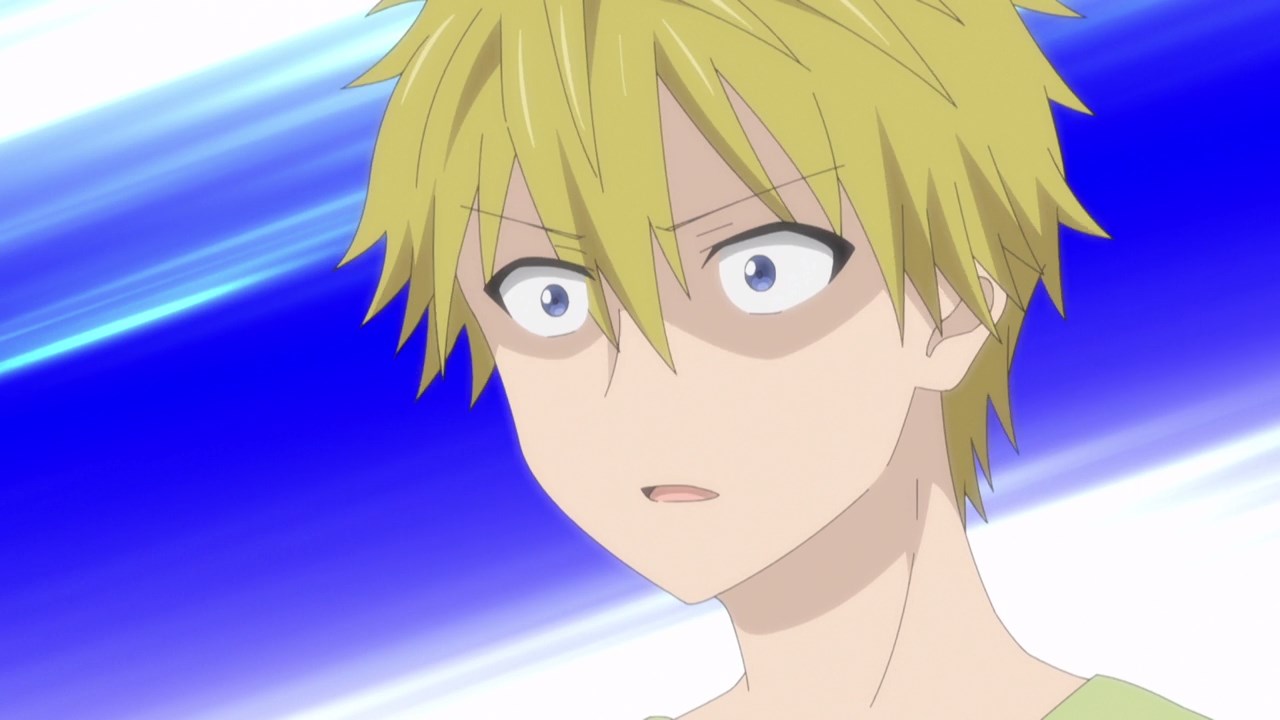 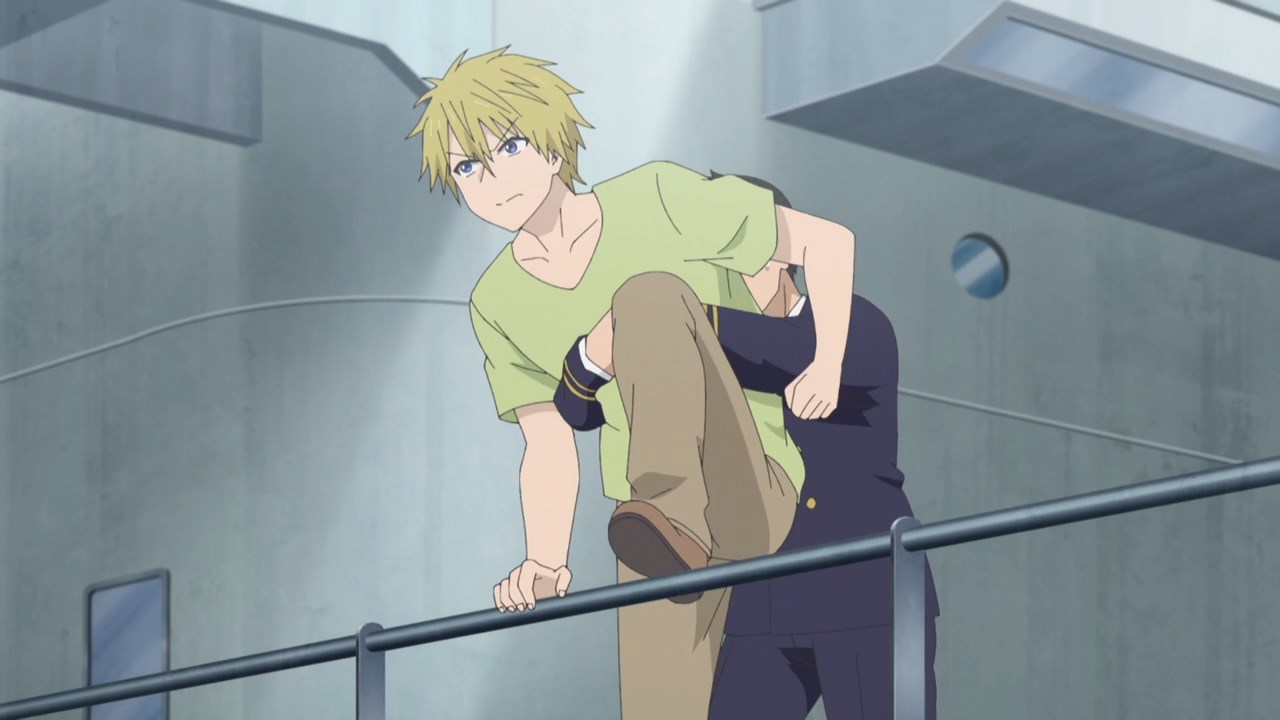 Meanwhile, here’s Itsuhito Sakaki where he sensed something interesting in regards to his buddy and tries to jump over the ferry.

Oh Sakaki, I know that you don’t want that feeling of missing out, but don’t try to swim back into Tokyo or you might get drowned! 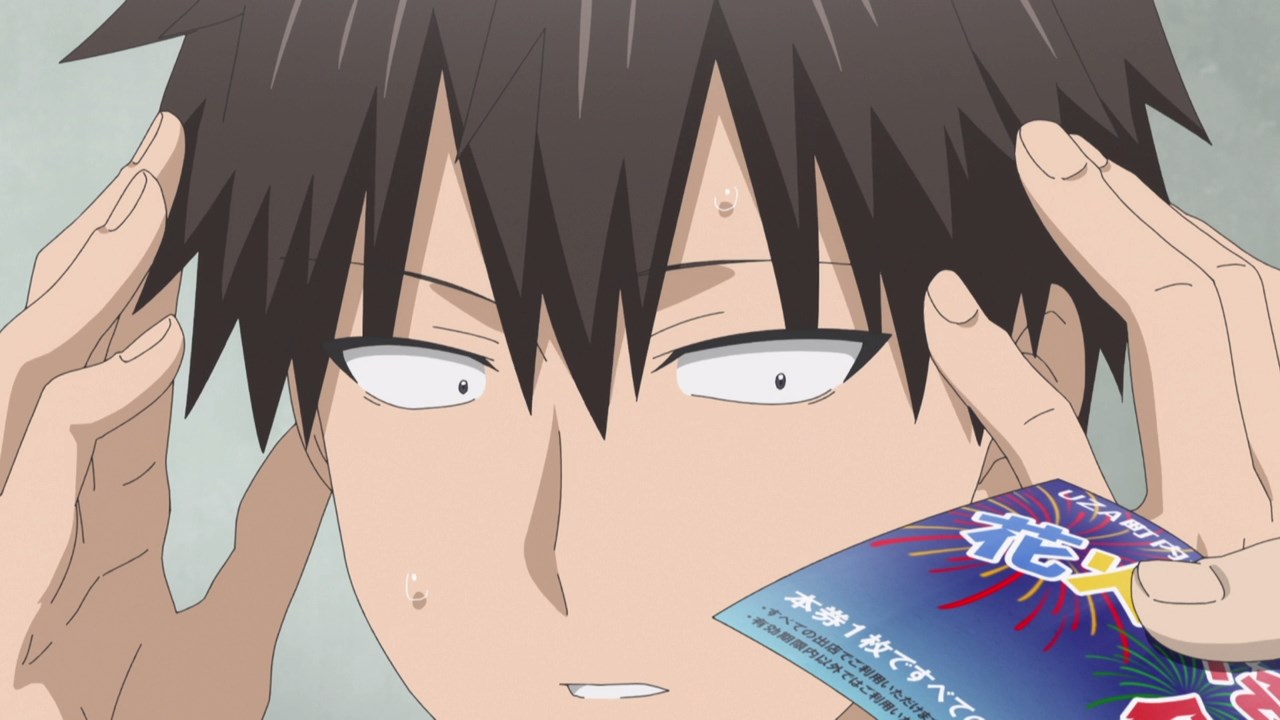 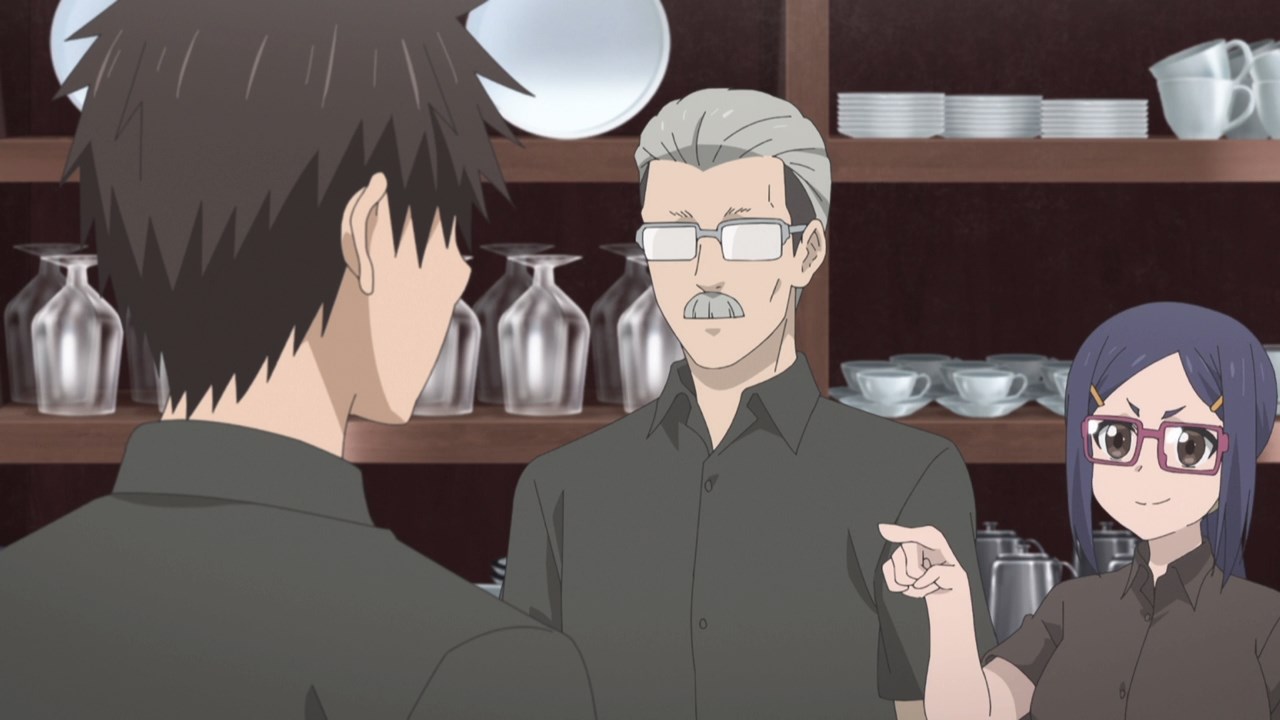 Now then, let’s go to Asia Cafe where Akihiko Asai gave Shinichi a ticket to the fireworks display. Oh yeah, and Ami-san told him to complement Uzaki-chan on that day to cheer her up.

Well, I hope that Sakurai will take their advice ’cause things are getting awkward ever since Hana Uzaki turned 20 and made a mess of herself after a nasty hangover. 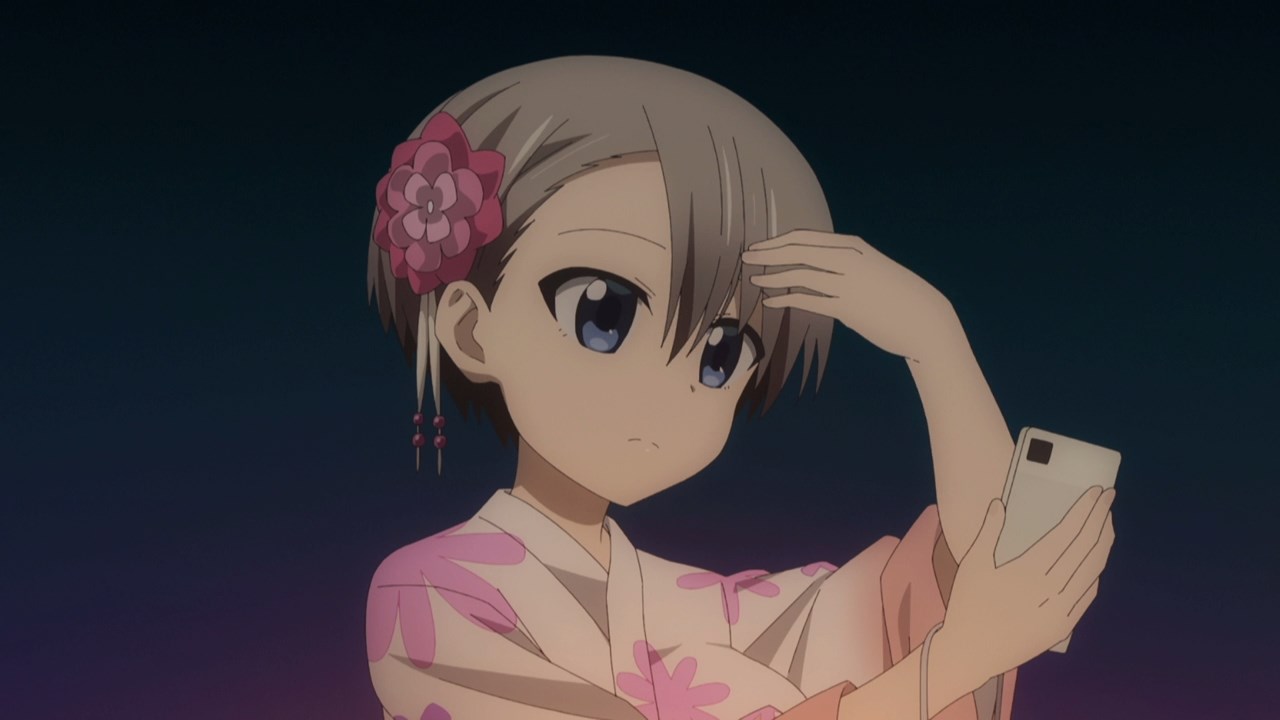 And speaking of Hana Uzaki, looks like she’s looking cute in her yukata. Now the only thing’s missing is Sakurai-sempai. 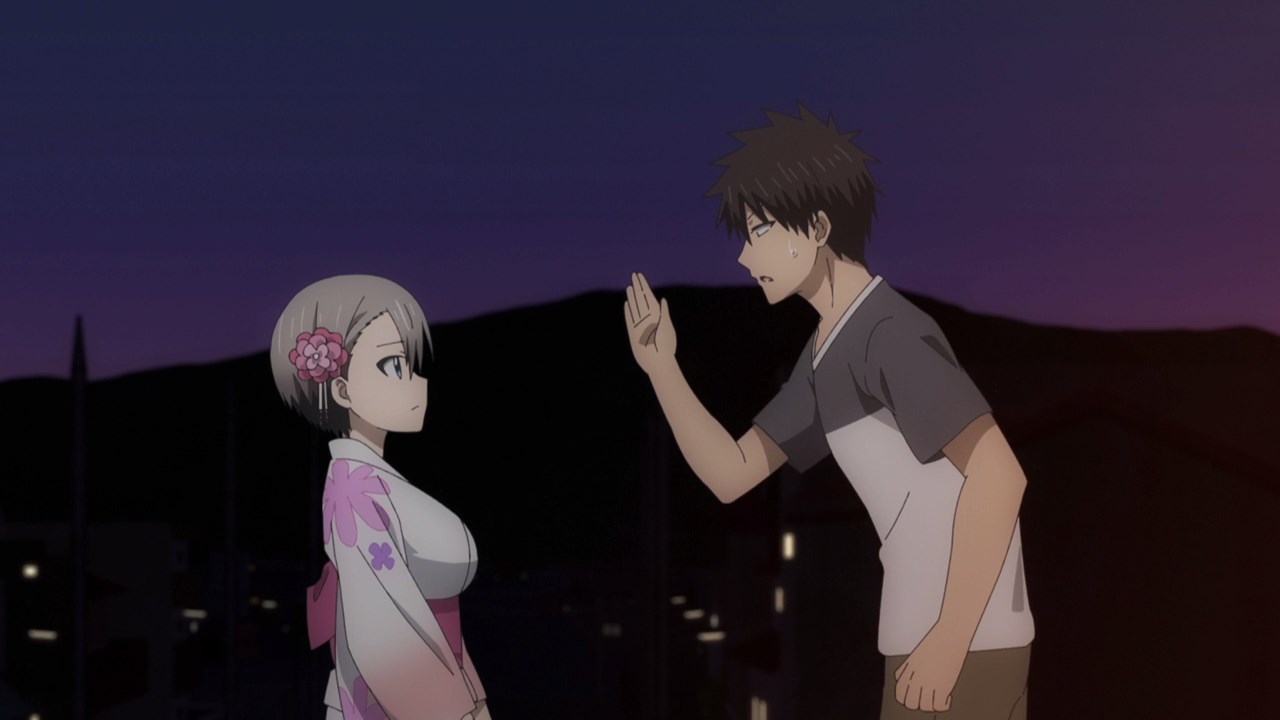 Oh, he’s here. Let’s hope that they’ll have a hard time at the local festival, although I want Shinichi to cheer Hana up. 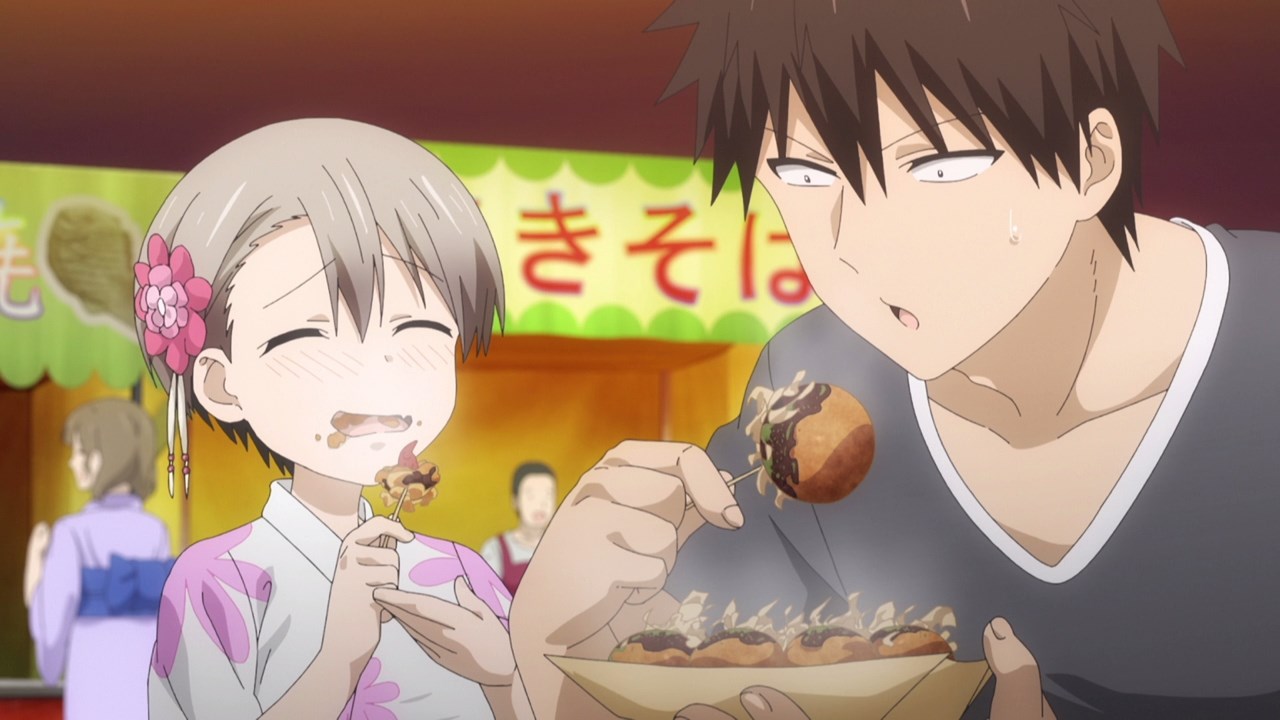 In any case, both Sakurai-sempai and Uzaki-chan are having a great time at the festival. Of course, the awkwardness is still there due to Hana’s nasty hangover from the previous episode. 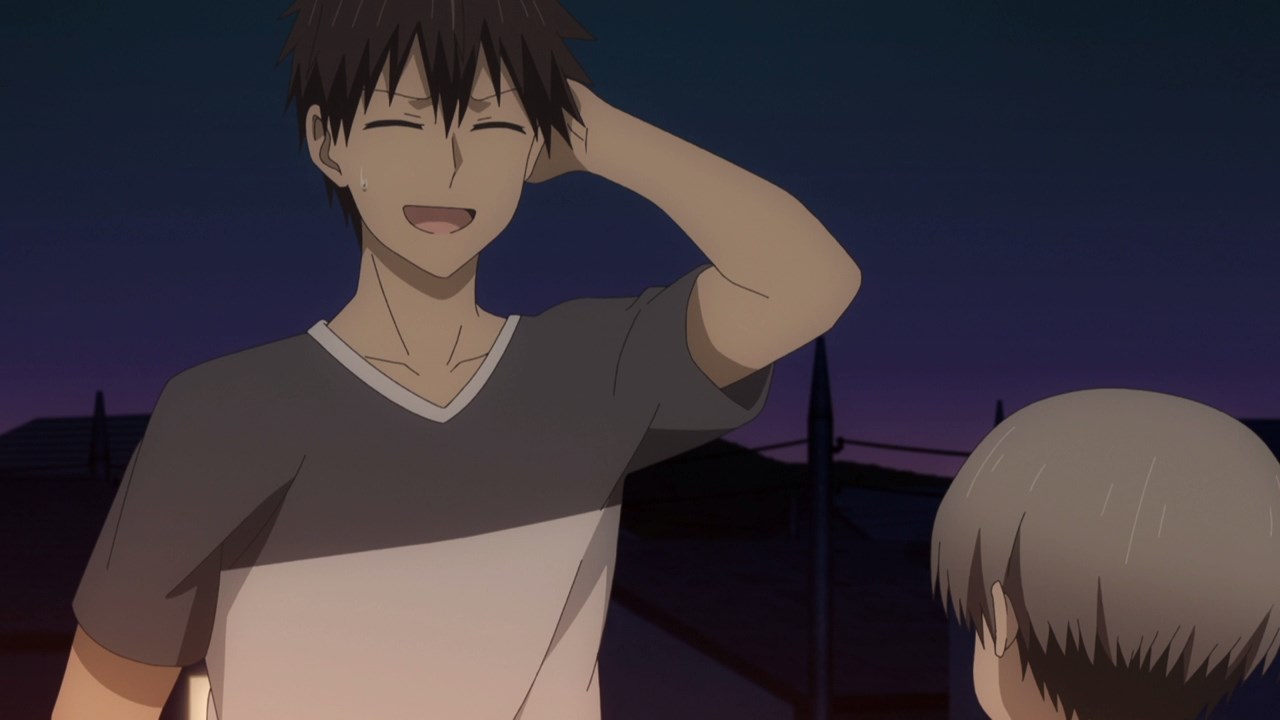 But you know what, the only way to cheer Uzaki-chan up is to complement her… a lot. Yeah, that’s what Sakurai did in order to make his kouhai happy. 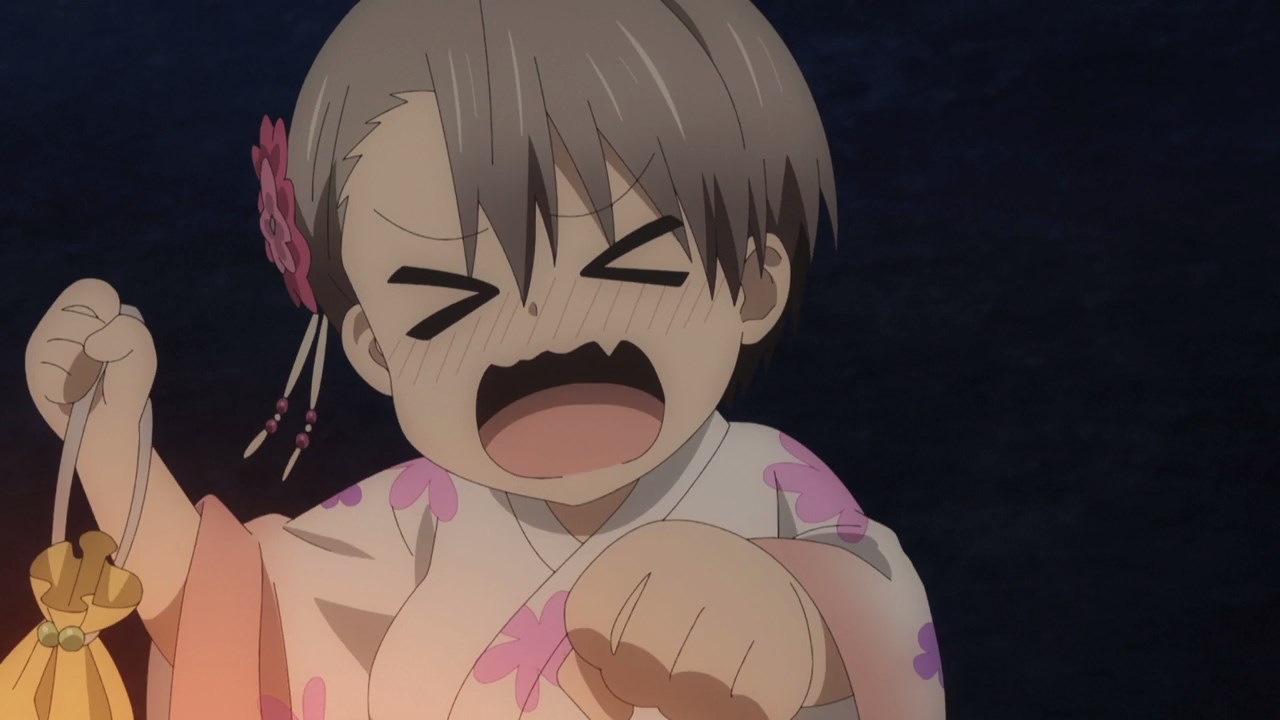 However, it turned out to be the opposite where Uzaki-chan is getting flustered over Sakurai’s compliments to the point that she’s flailing her hands. 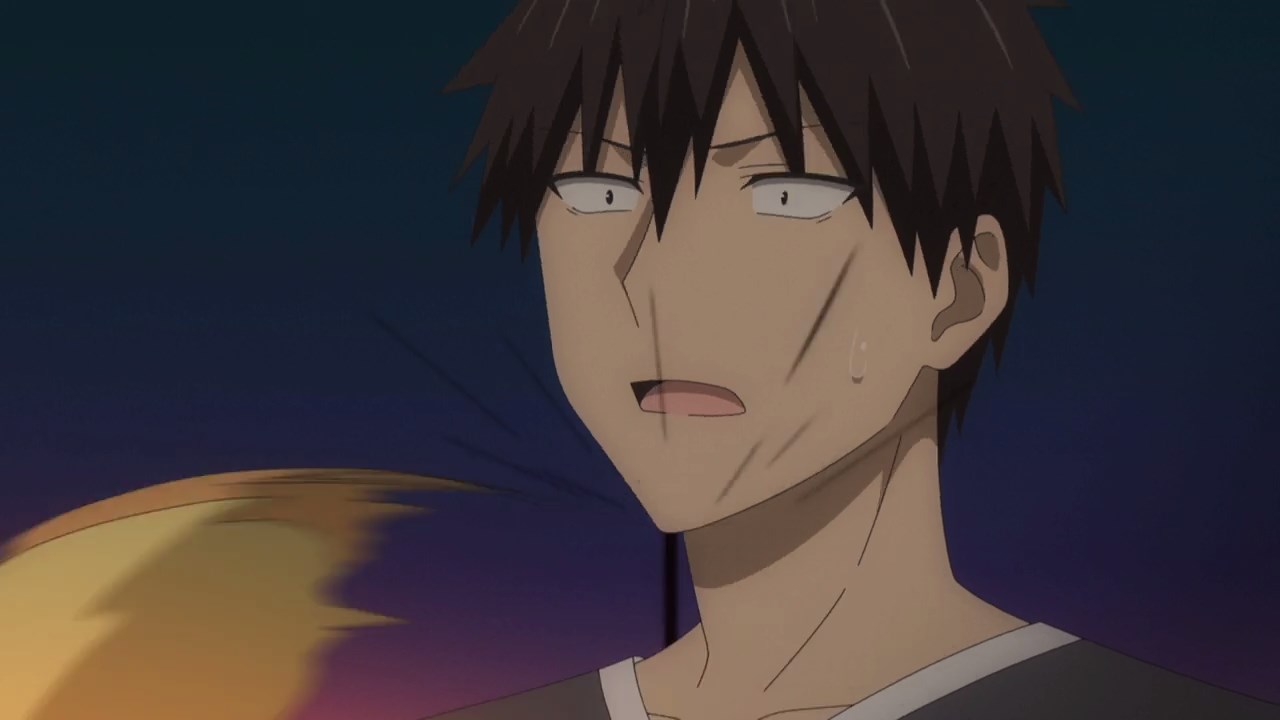 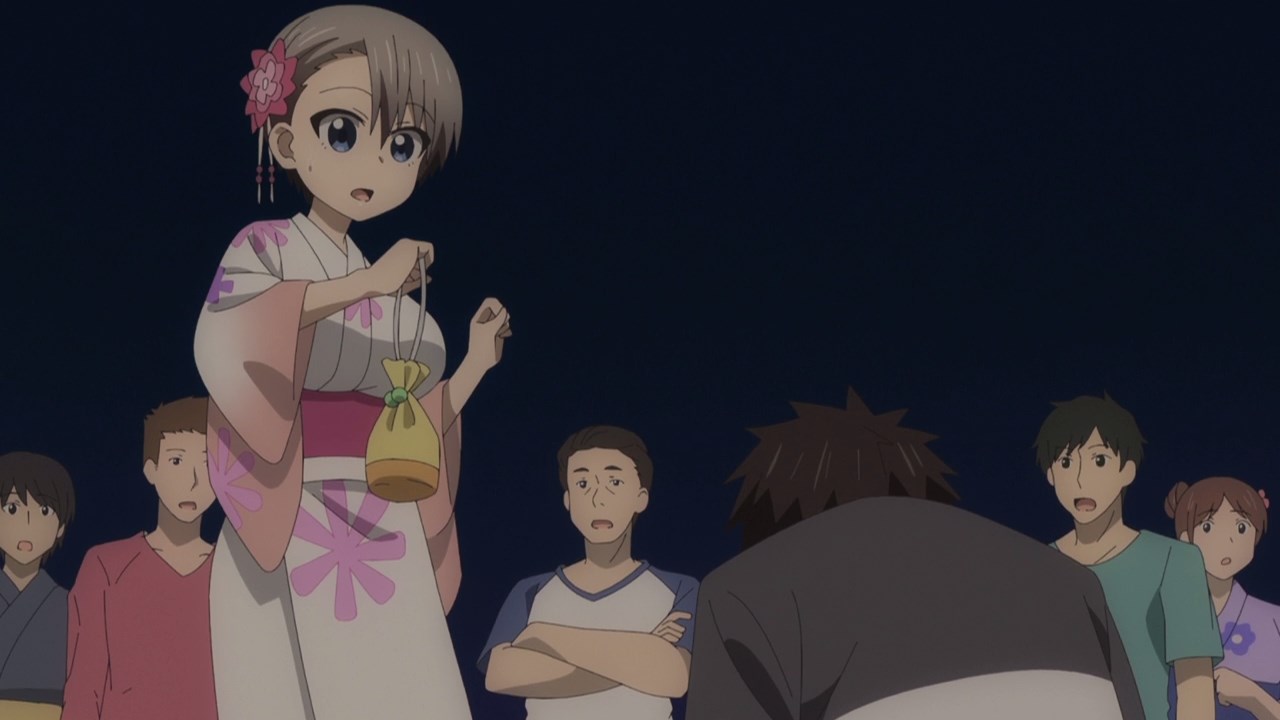 And since she’s flailing like crazy, Hana smacked Shinichi’s chin with her bag and knocked out. Oh boy, I hope he doesn’t get any amnesia upon getting hit by Uzaki’s bag.

So while Uzaki-chan is trying to wake Sakurai-sempai up, it’s time for a brief flashback… 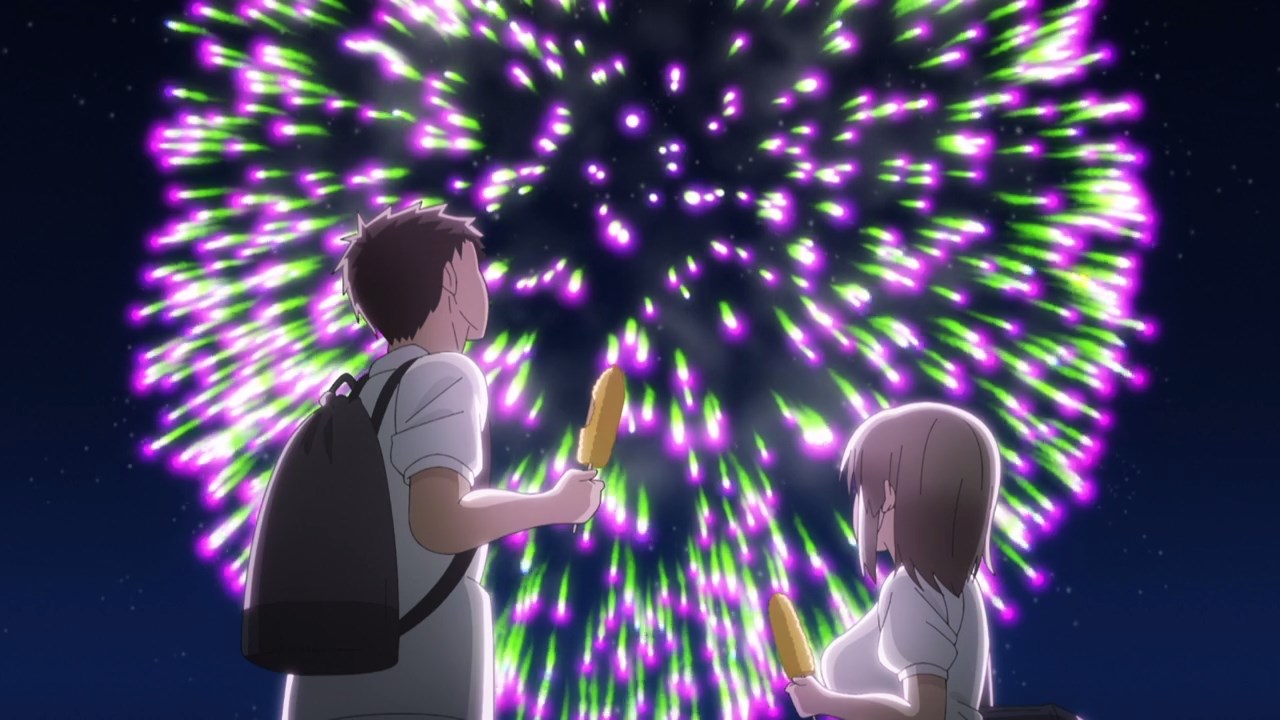 Turns out that they went to see the fireworks once they’re done with the club activities. Of course, Shinichi is a serious guy while Hana is a shy girl back then.

Well then, let’s hope that they won’t miss the fireworks display once Sakurai-sempai wakes up. 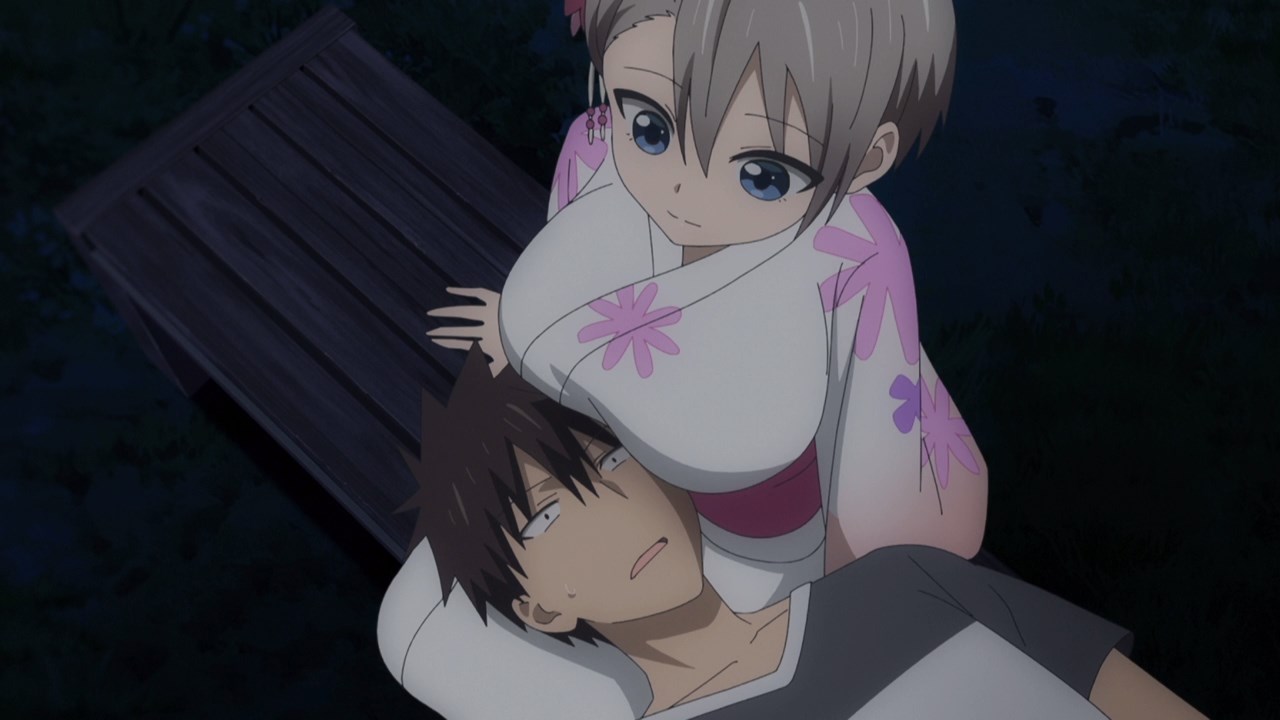 And here it is as Shinichi Sakurai has finally regained consciousness as he’s lying on Hana Uzaki’s lap. 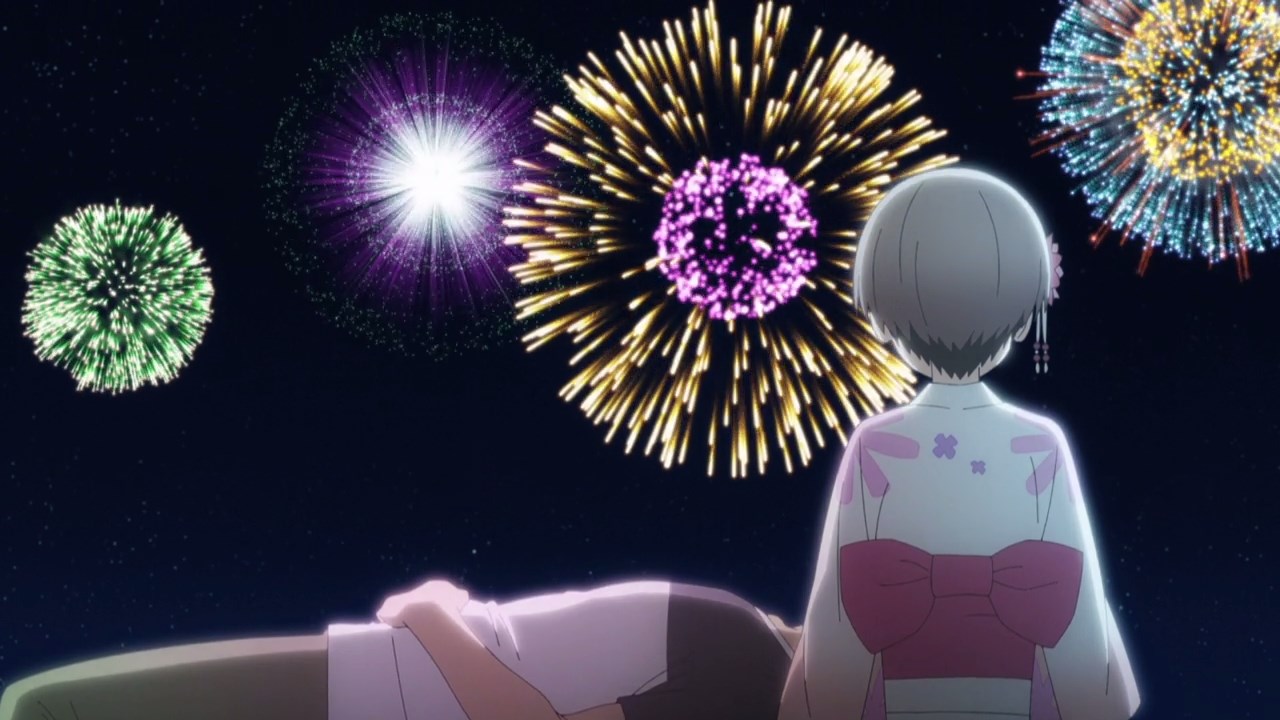 Oh, and the fireworks display has started where Uzaki-chan is enjoying the spectacle. Well, the only exception is Sakurai where the only thing he sees is Uzaki’s large breasts.

But that’s the end of this episode as Hana Uzaki is back to her cheerful self, meaning that she’ll continue to poke fun at Shinichi Sakurai on the next episode.