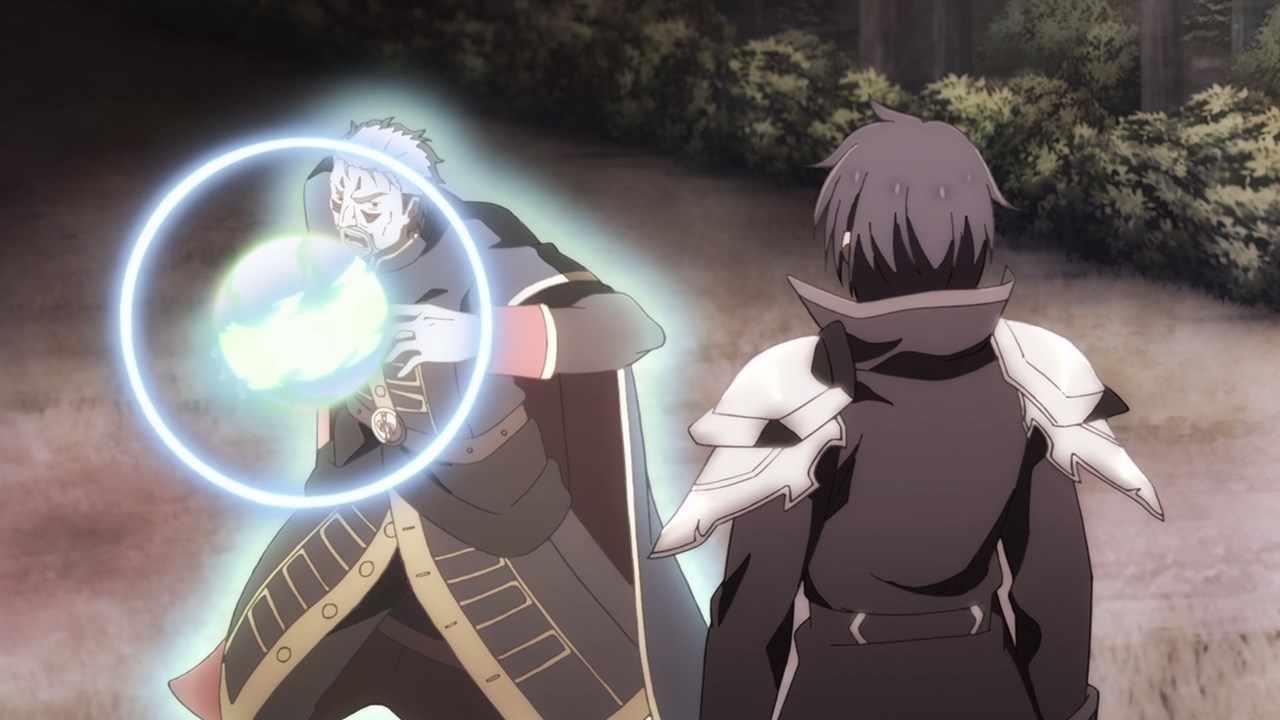 Let me introduce you to Jerga, the general where he’s defending Azeshion from the Demon Lord of Tyranny. Let’s see if he can hold against Anos Voldigoad. 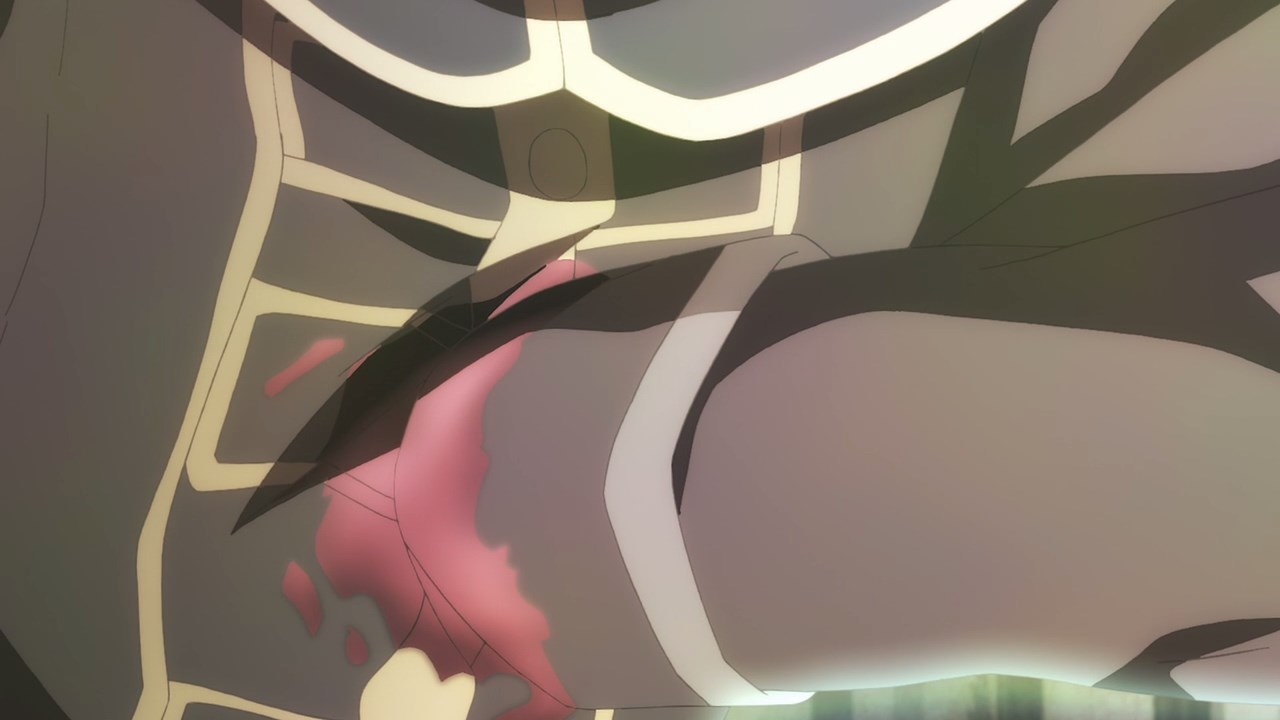 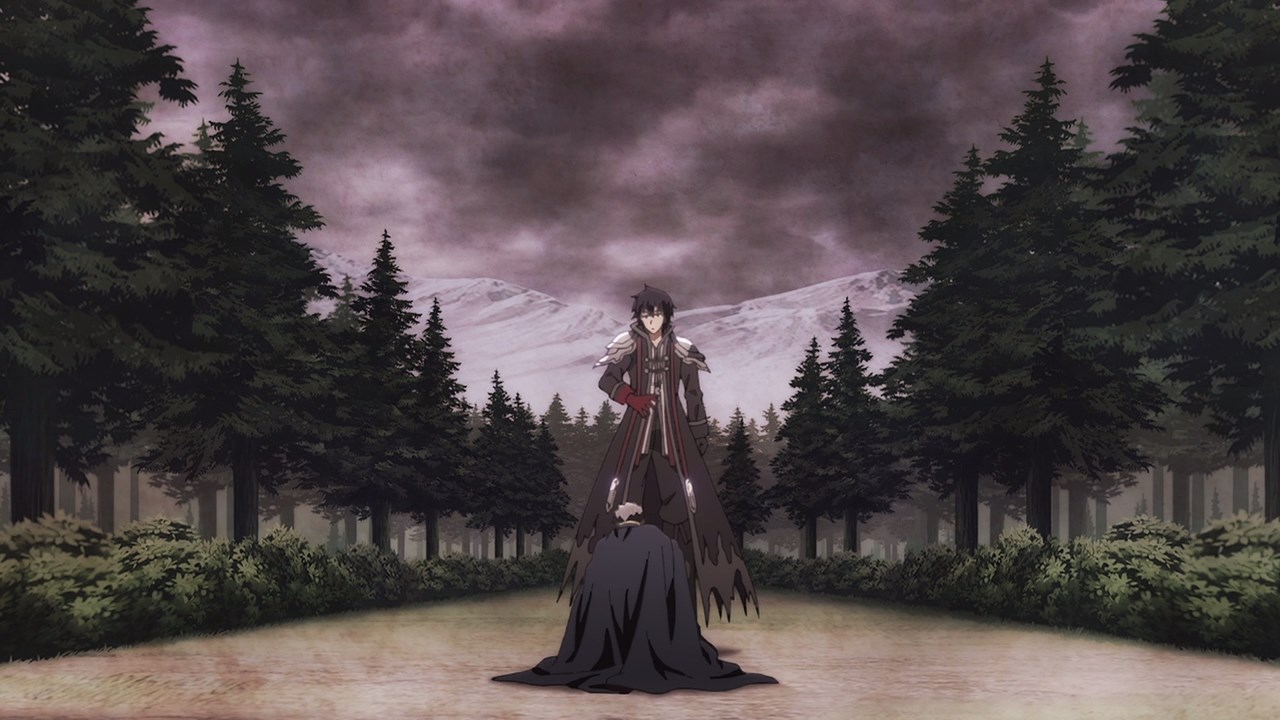 Surprisingly, Jerga was easily defeated when Anos punched him in the gut. Well, looks like Anos’ hands is stained with Jerga’s blood, but it sucks that the general couldn’t hold the Demon Lord by himself.

While Jerga will live to see the demons being defeated, I think the Hero Kanon should fight against Anos Voldigoad instead. 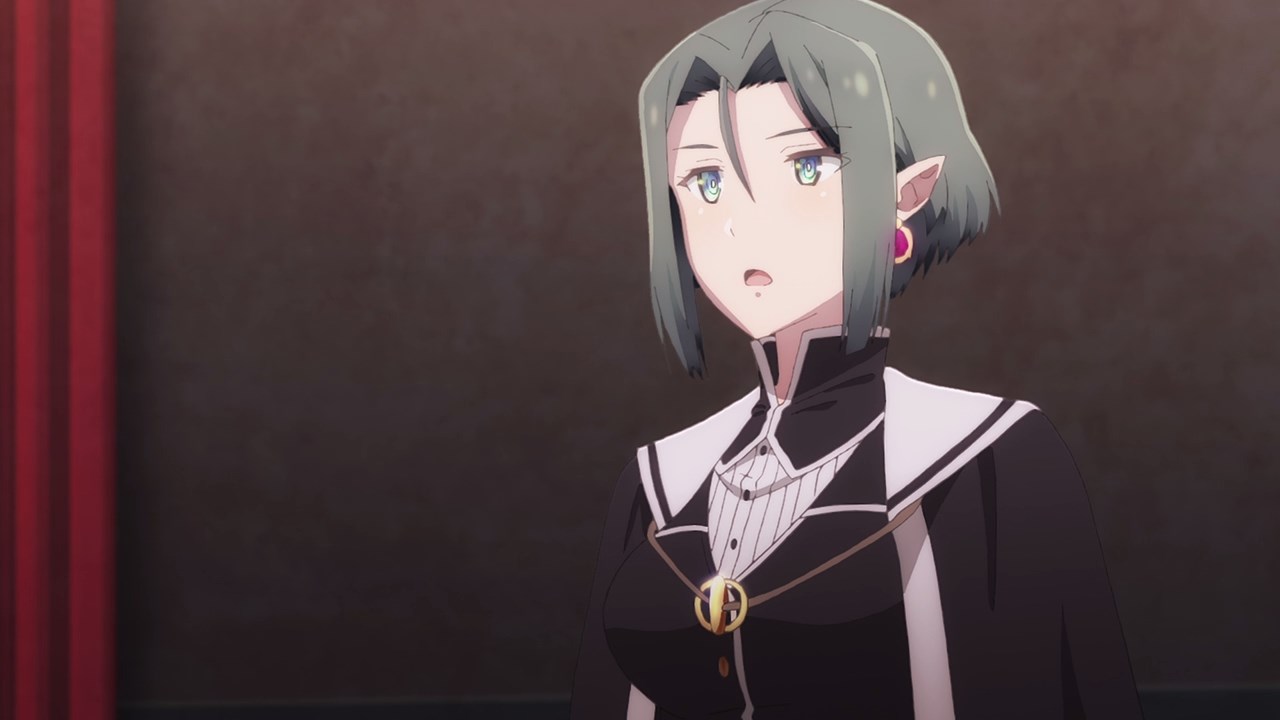 But let’s move onto the present where the new homeroom teacher Menou Historia announced that there will be an inter-academy classes with the Arclaniska Hero Academy.

Oh my goodness, looks like the demons from Dilhade will have the opportunity to have a sparring match against the heroes from Azeshion. 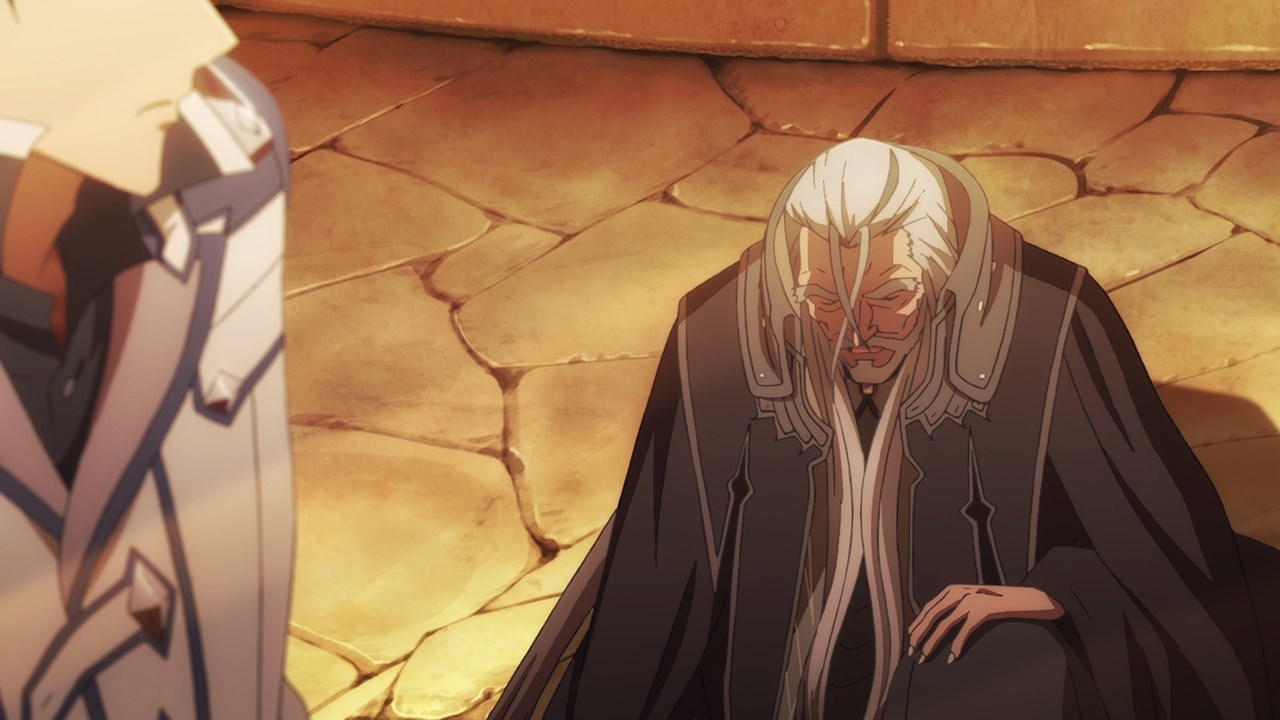 Now then, here’s Melheis Boran where he not only told Anos Voldigoad that Gaios Anzem and Ydol Anzeo are finally resurrected, but warned him that there’s some unusual activities inside Azeshion’s capital Gairadite, most notably that there’s an elite class within the Hero Academy.

Hmm, looks like someone wants to run Azeshion based on class rather than merit. Still, I hope that Anos should be careful of going to Azeshion. 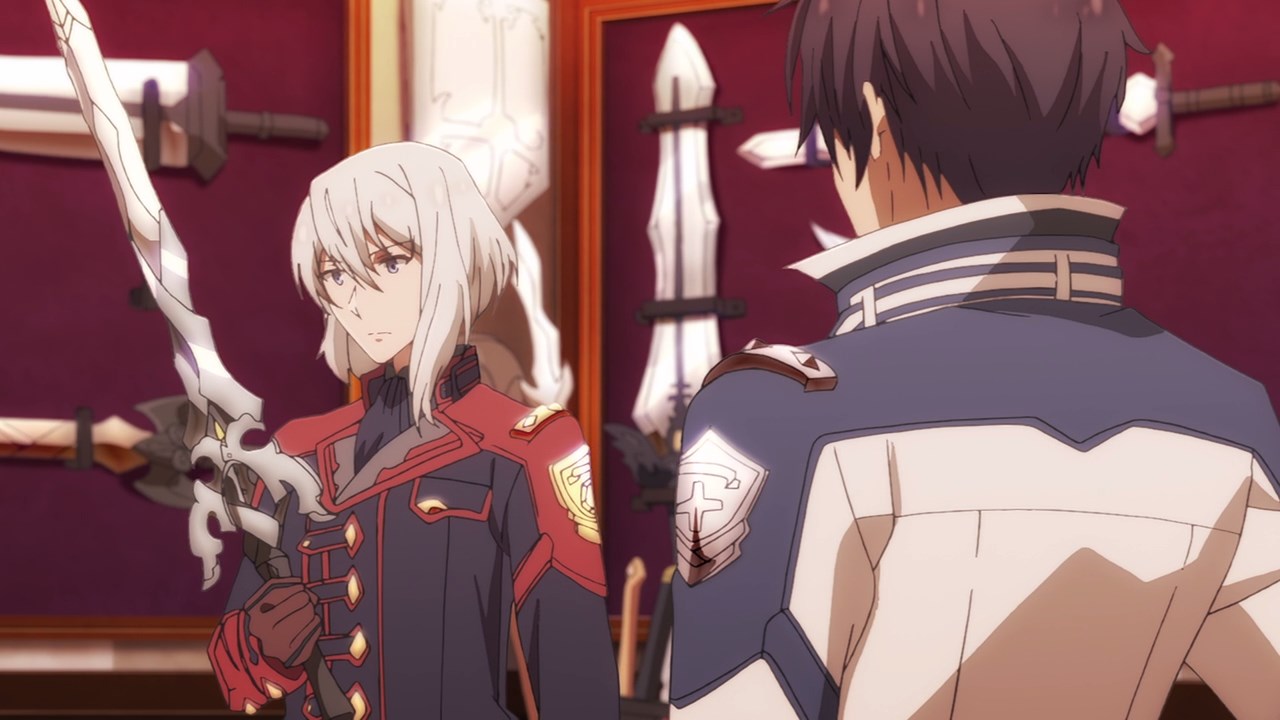 But first, it’s time to give some new equipment to his new friend Lay Glanzudlii as Anos Voldigoad gave him Sigshesta, a magic sword where it belonged to his trusted swordsman Shin.

You know something, Lay is destined to wield Shin’s magic sword but there’s still no indication if he’s the reincarnated swordsman. 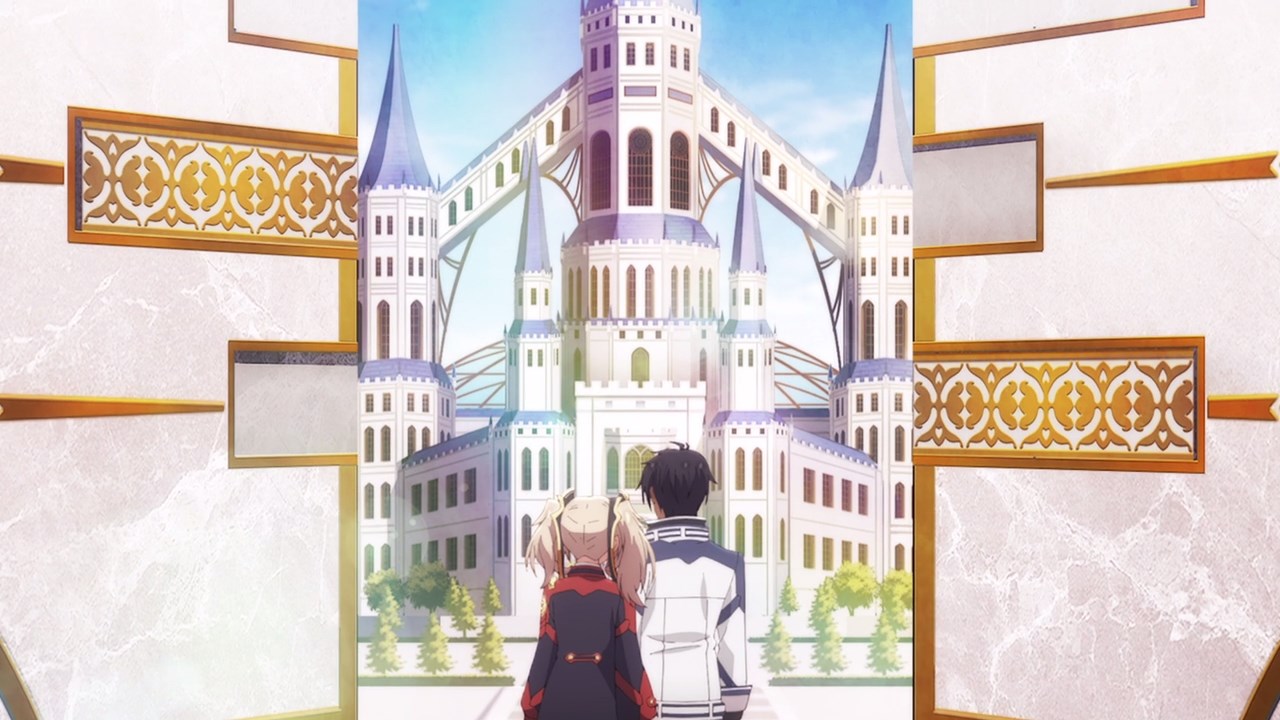 Now then, let’s move onto the next scene as Anos Voldigoad and his friends went to Gairadite, the capital of Azeshion where Anos just teleport in a few seconds.

And since they manage to get there very early, it’s time for some sightseeing starting with the Arclaniska Hero Academy. 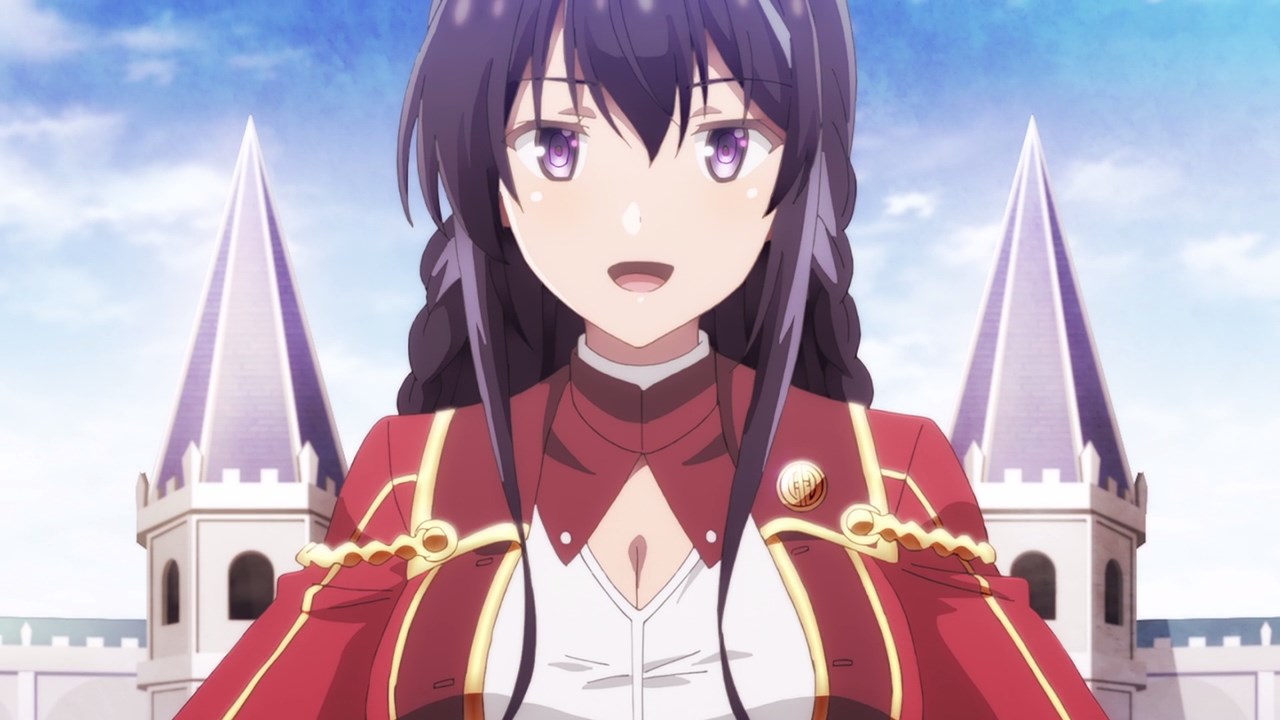 Unfortunately, Anos Voldigoad and Sasha Necron encountered Eleonore Bianca where she doesn’t like intruders going inside the academy.

Of course, Anos told Eleonore that they’re from the Delsgade Demon Lord Academy for the inter-academy classes, therefore she let them in. 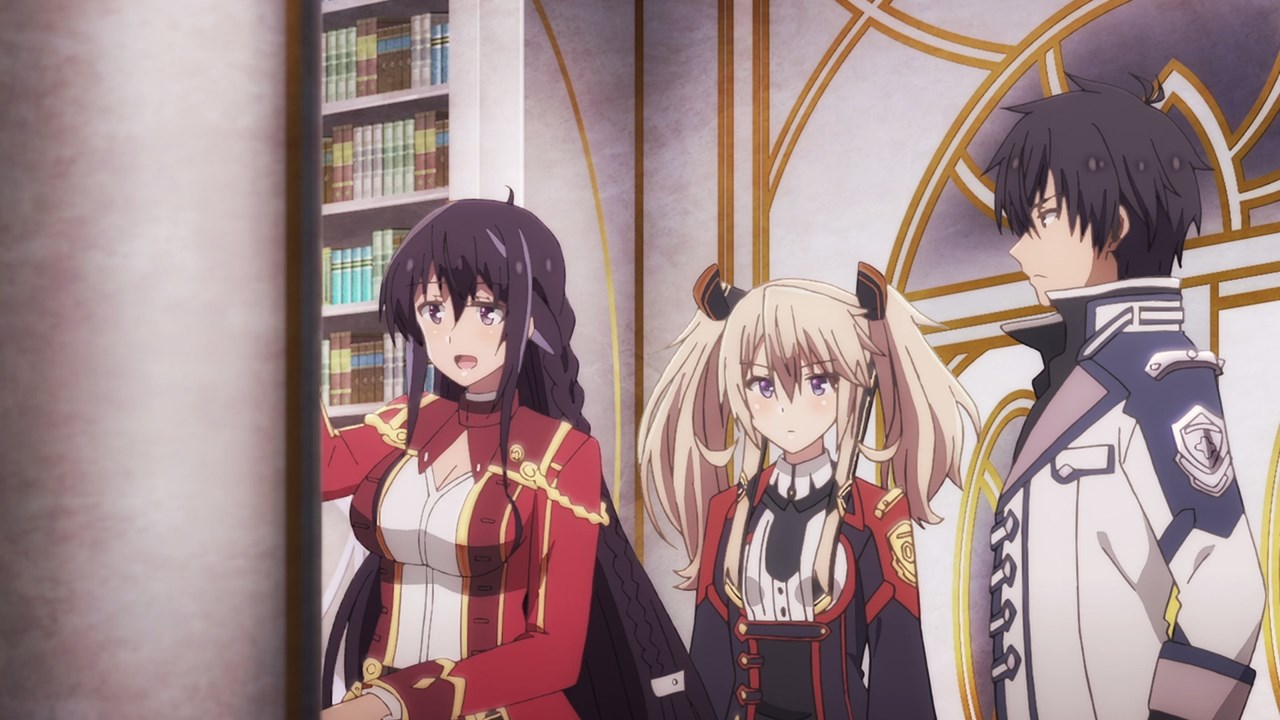 So once Anos and Sasha went inside the Hero Academy, they learned something in regards to ancient history. Sure that you have Avos Dilhevia as the Demon Lord of Tyranny (which is not), but what they learned is that after the heroes defeated the demon lord, they set up a wall that separates the Human Realm from the Demon Realm.

Okay, that last part was reasonable since the humans wants to be at ease when it comes to dealing with demons, although let’s not forget that it was Anos Voldigoad who set up the wall by sacrificing his own life. On the other hand, if those heroes learned that Avos Dilhevia has been resurrected, they should have killed him immediately… unless they in cahoots with that impostor demon lord.

Oh and about the elite class within the Hero Academy? It is said that the class was created in honor of Jerga who inherited the family name Kanon. However, that class contains 4 students who claimed that they’re reincarnated from the legendary hero. 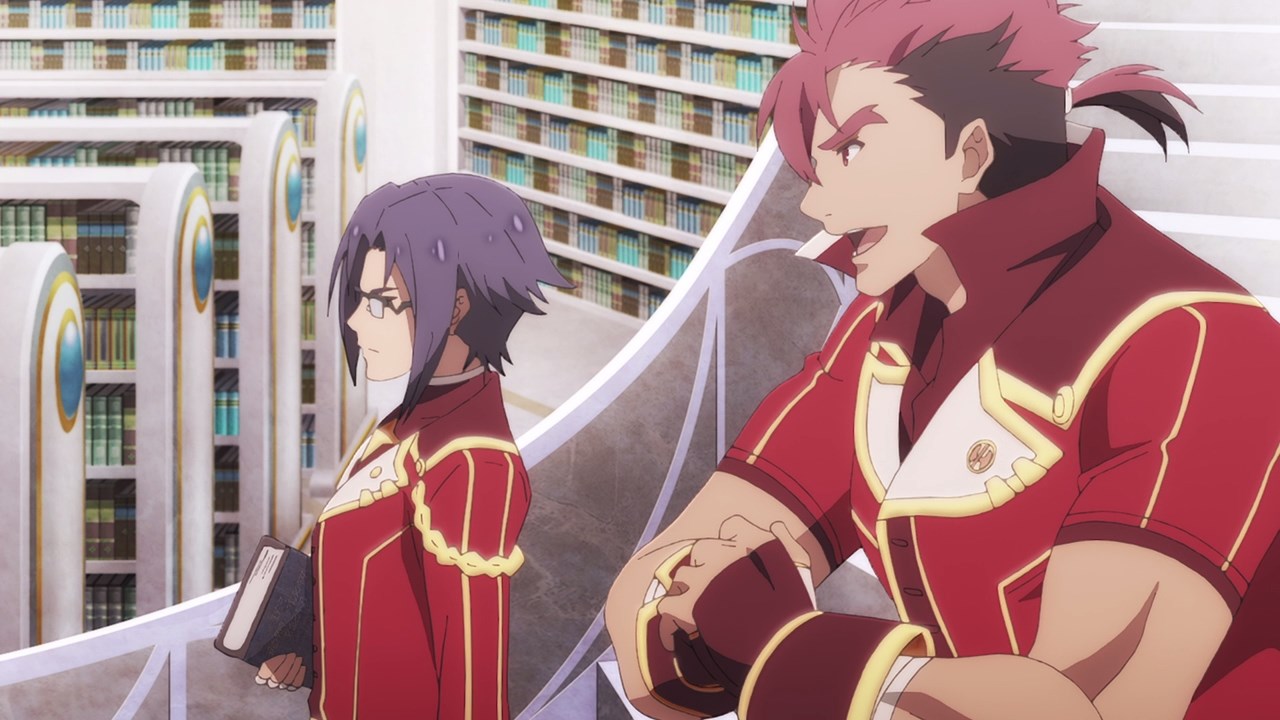 Speaking of those reincarnated heroes, they’ve finally arrived as they introduce themselves as Ledriano Kanon Azeschen and Laos Kanon Jilfor.

While it’s nice that there are students who claimed to have inherited Kanon’s will, let’s see if they live up to his name as the legendary hero. 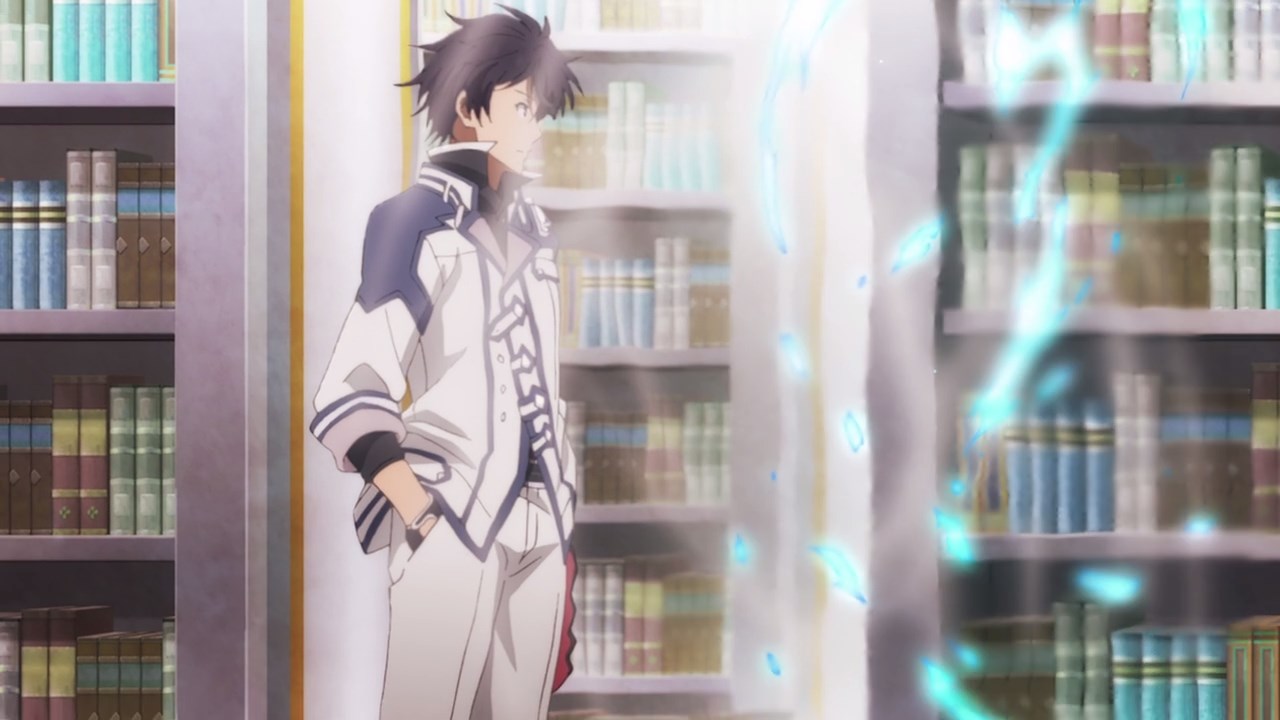 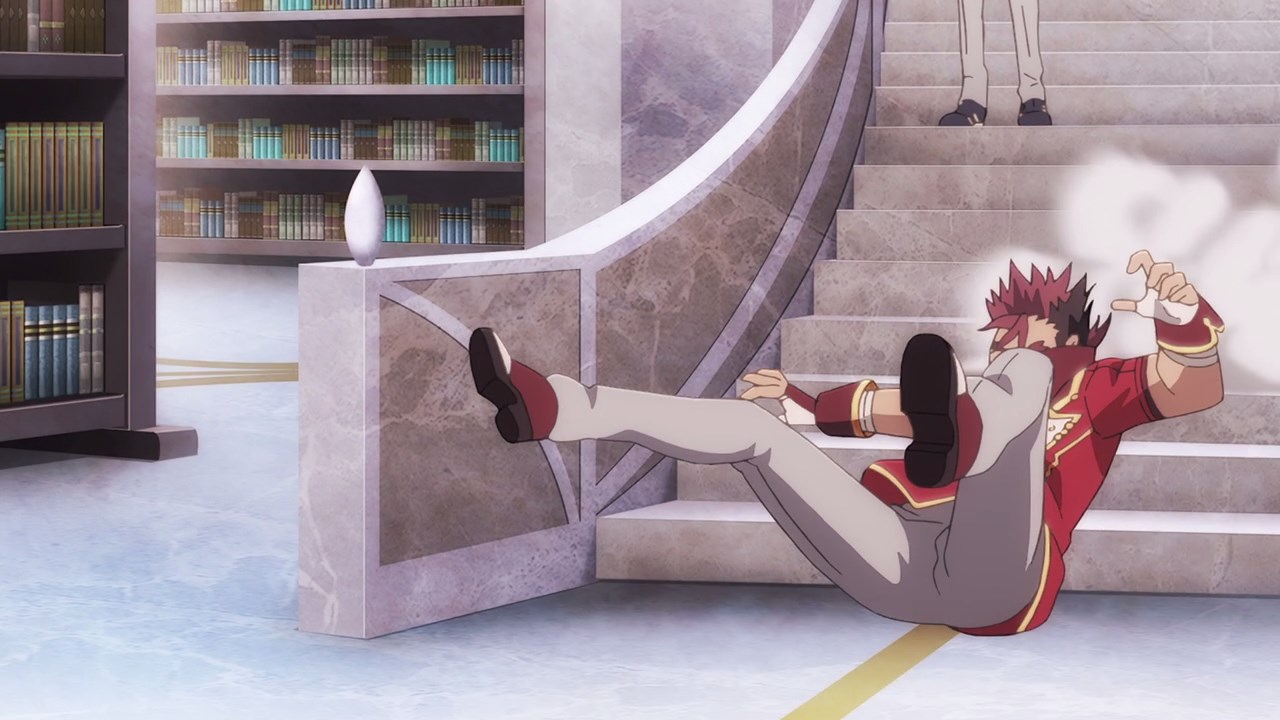 Well, turns out that one of them couldn’t hold a candle against Anos Voldigoad as Laos Kanon Jilfor got blown away.

I have to say that I’m disappointed towards Laos in regards to living up to Kanon’s name, although I’m still curious if Ledriano Kanon Azeschen can go toe-to-toe against the real Demon Lord of Tyranny.

But seriously though, what happened to the legendary hero Kanon and why he wasn’t fully-reincarnated unlike Anos Voldigoad? 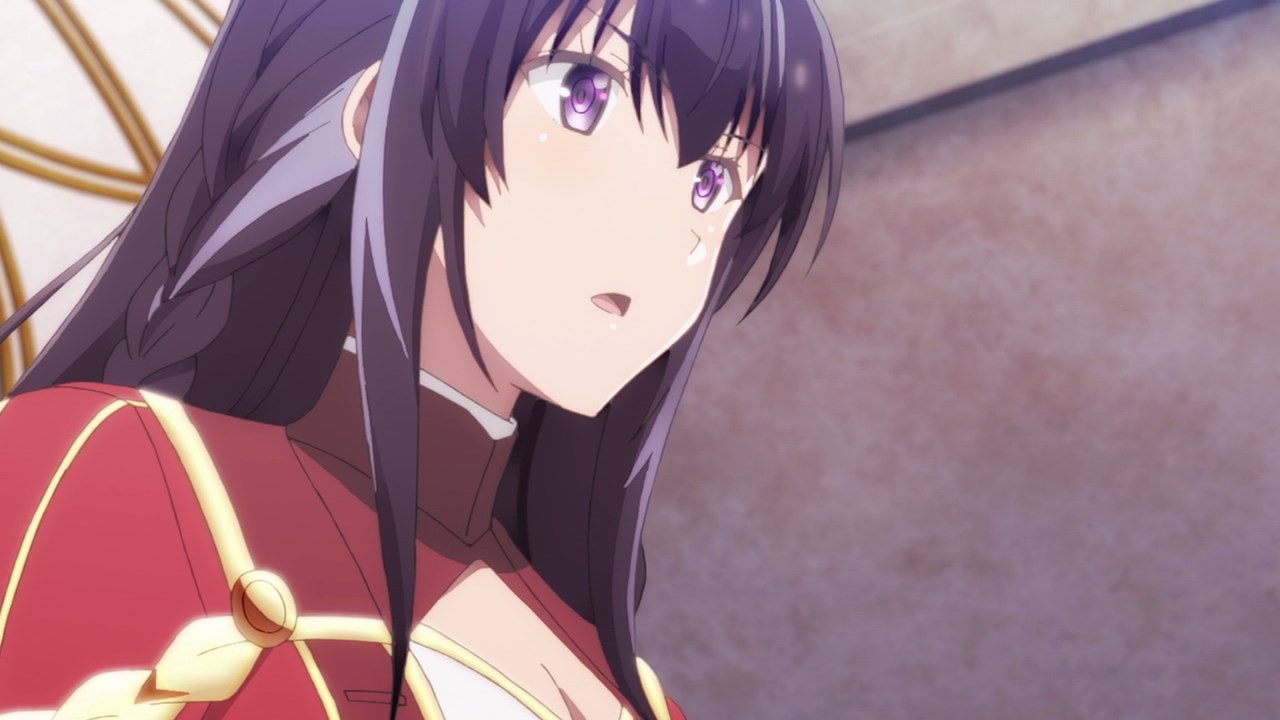 Well, Eleonore Bianca wants to tell something important to Anos Voldigoad as Kanon met a terrible fate after the war between demons and humans have ended 2,000 years ago. You see, someone murdered Kanon after the wall has been erected. 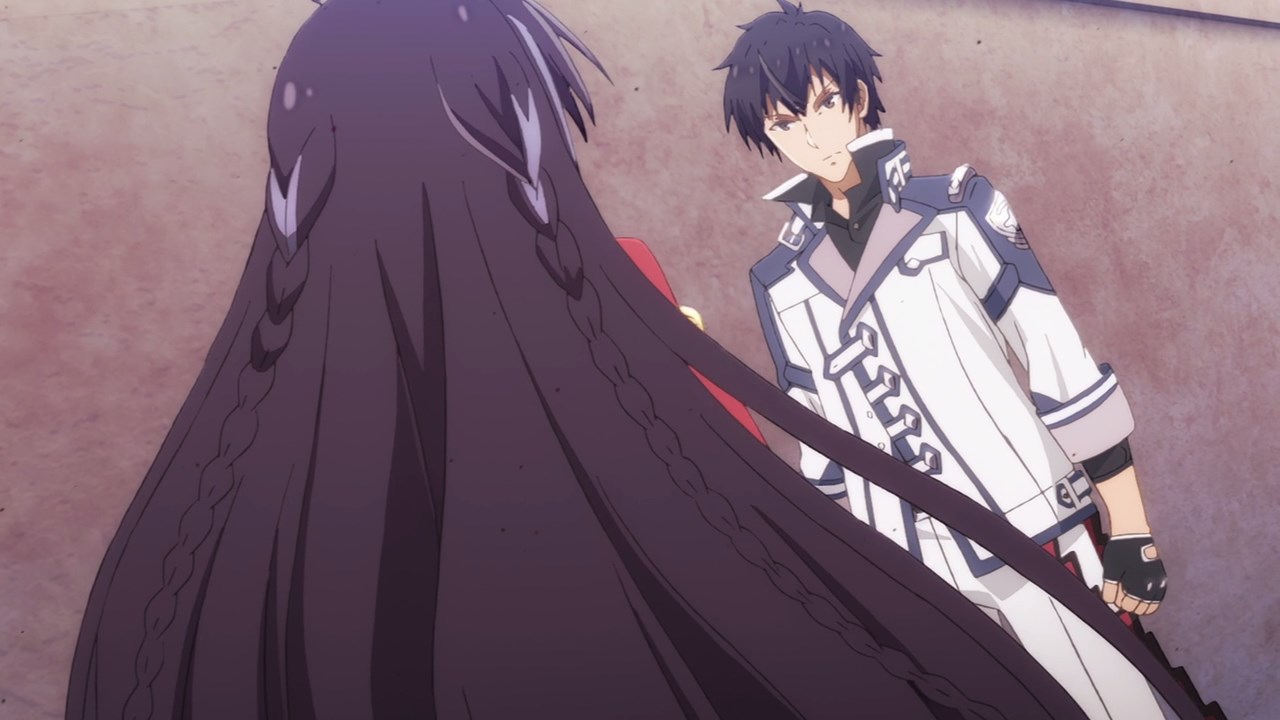 And upon hearing the truth about Kanon’s fate, Anos is shocked that the hero he knew was killed by a treacherous human. You know something, I think that Jerga is the one who killed the legendary hero, which is why the elite class is named after him.

With that said, I’ll see you next time as Anos Voldigoad and his friends will have their inter-academy classes with the heroes. Of course, I wanna know the remaining students who inherited Kanon’s will.