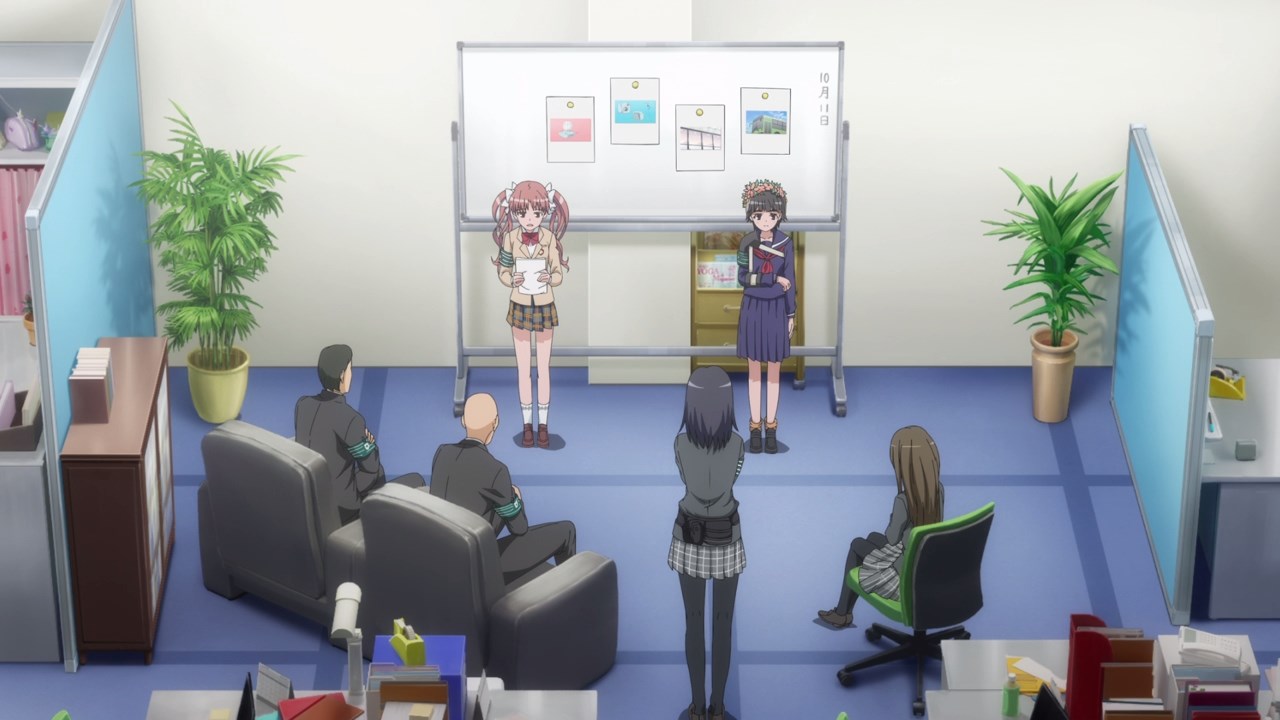 Well everyone, looks like Judgment is now dealing with illegal card games which contains dreams that might augment the human body, be it magic tricks or even bust sizes.

While it’s nice that Kuroko Shirai and the rest are tackling Indian Poker after Ruiko Saten was attacked by goons previous because of those cards, I wonder what happened to Shaei Miyama? Is he still searching for that person who can alter fate? 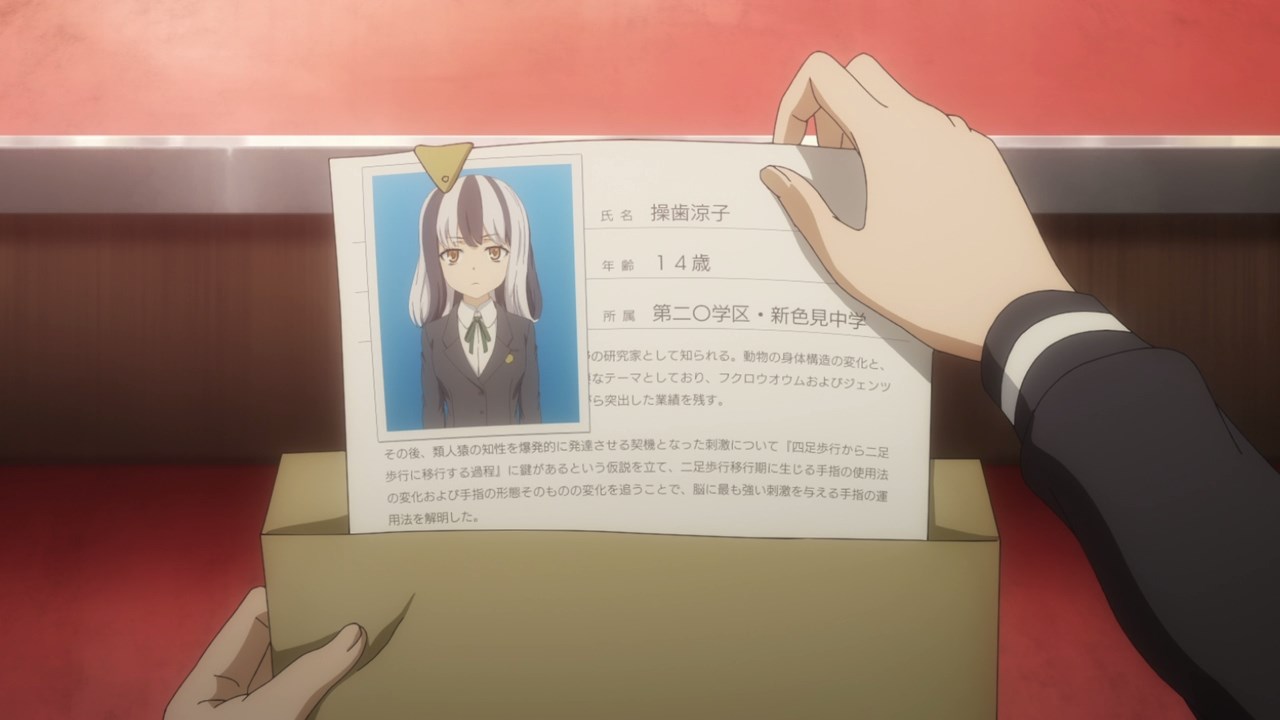 Now then, remember this girl who appeared in Mikoto Misaka’s dream? Well, her name is Ryouko Kuriba from Shinshikimi Middle School who might be the one who invented Indian Poker. 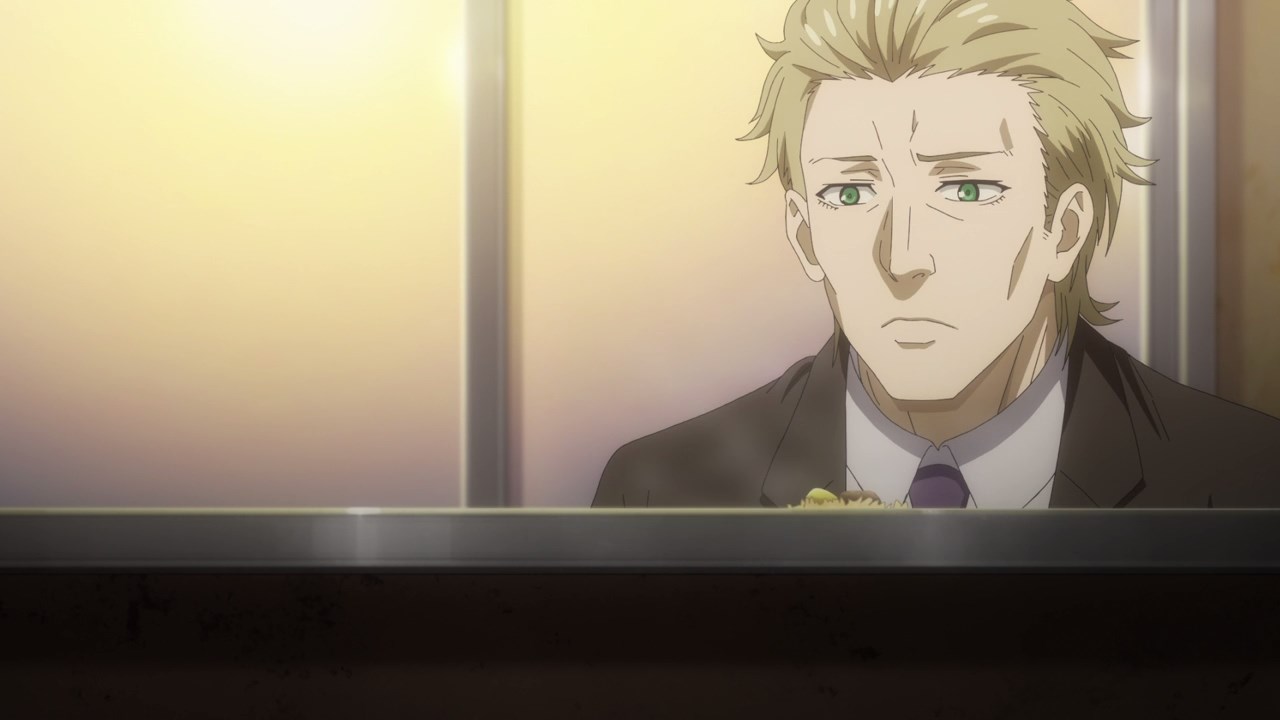 However, Keitz Nokleben was puzzled because there are actually two people who are named Ryouko Kuriba, one of them is actually being kept in a facility somewhere in Academy City.

Glad that Misaki Shokuhou’s assistant has returned but seriously, this Indian Poker thing is getting serious now that they’re dealing with the creator. 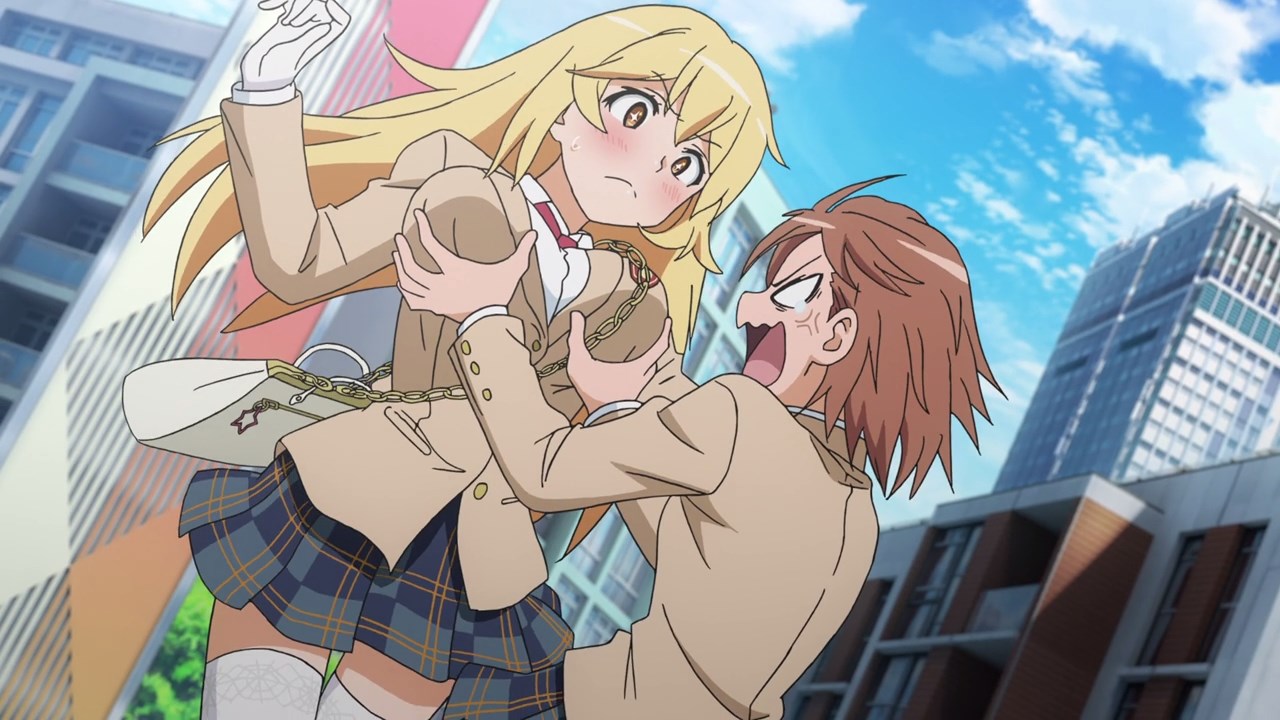 Now then, let’s focus on Mikoto Misaka where after failing to get the Bust Upper card, she’s venting her frustration towards Misaki Shokuhou by grabbing her tits. 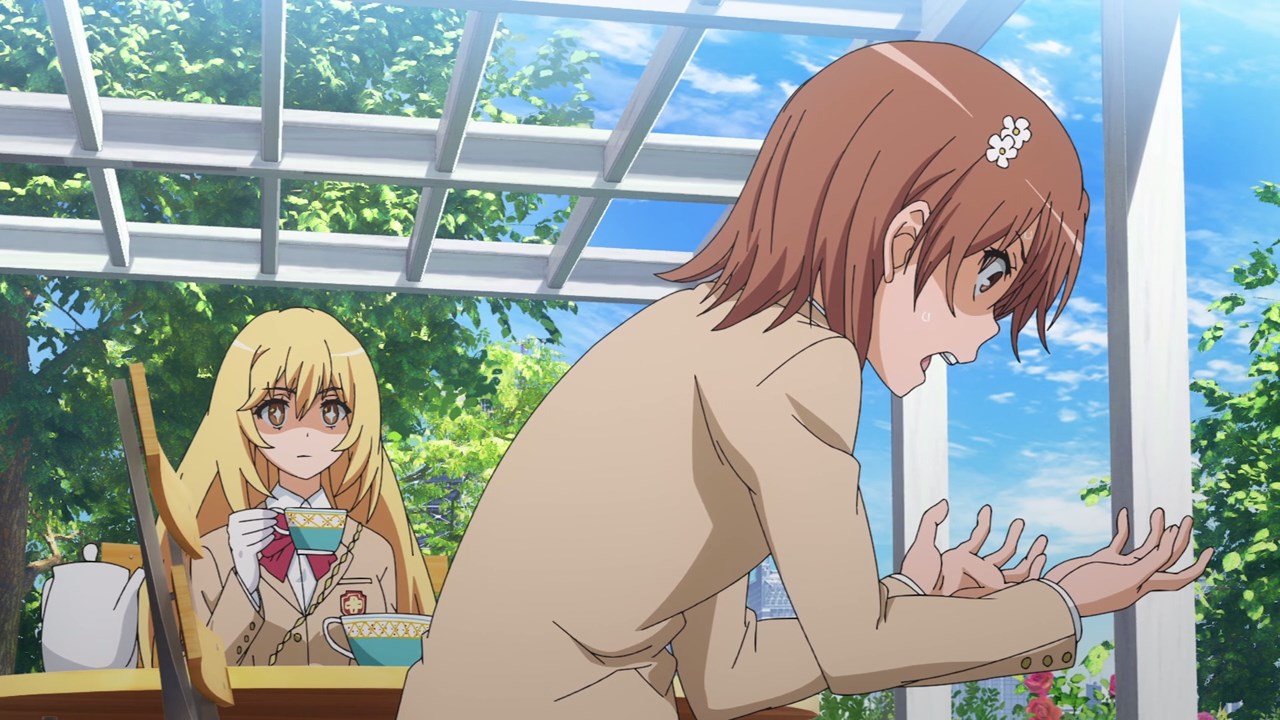 Then again, Mikoto is still shocked because Misaki’s breasts is even softer than before. Um Misaki, get a hold of yourself there as Shokuhou is asking you a favor! 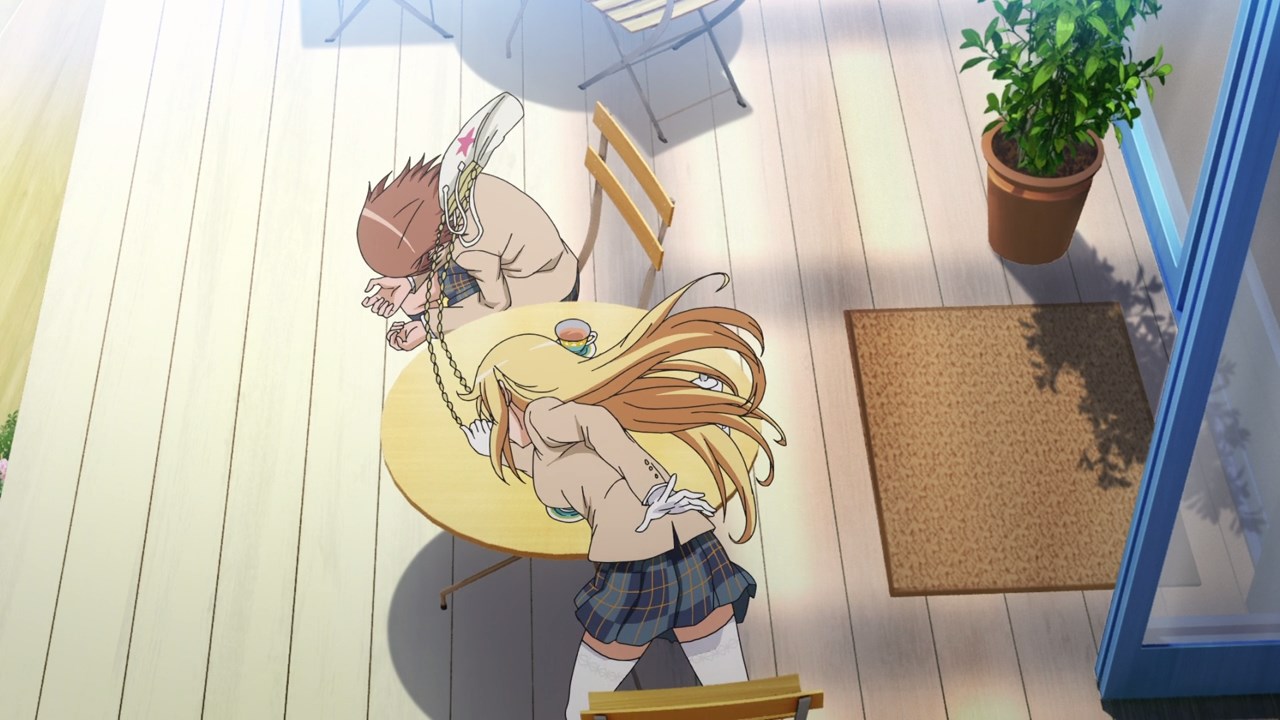 On second thought, the only way to snap her out is for Misaki Shokuhou to smack Mikoto with her purse as she asked Misaka to investigate a certain facility where Ryouko Kuriba resides there.

Oh and there’s more information regarding Kuriba as the scientists made some questionable experiments on her like split her body into two, put some cyborg parts on both halves, and let them roam around freely for many months until the scientists decided to bring both halves together into a single body.

Man, I have to say that the scientists made a very messed-up experiment. 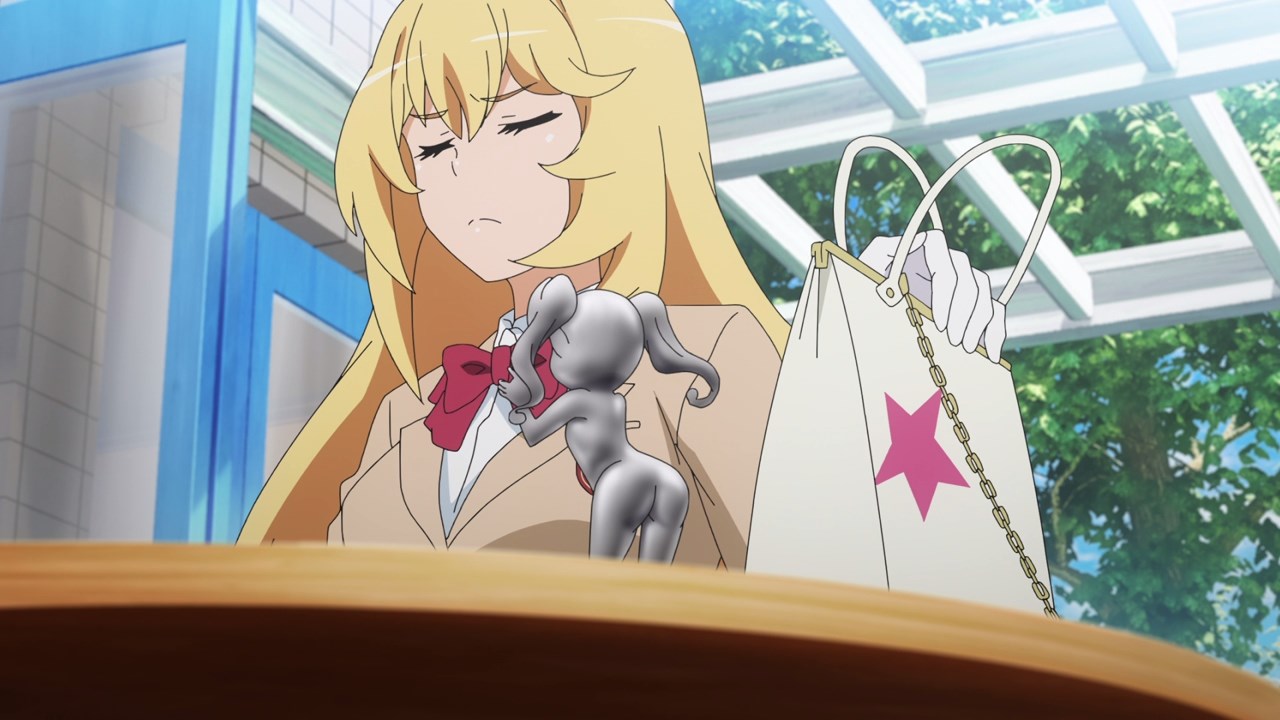 Meanwhile, looks like we have a returning character as Mitori Kouzaku is mocking Misaki Shokuhou that the reason for asking Mikoto’s assistance is because she’s indebted to the safety of the MISAKA Sisters. 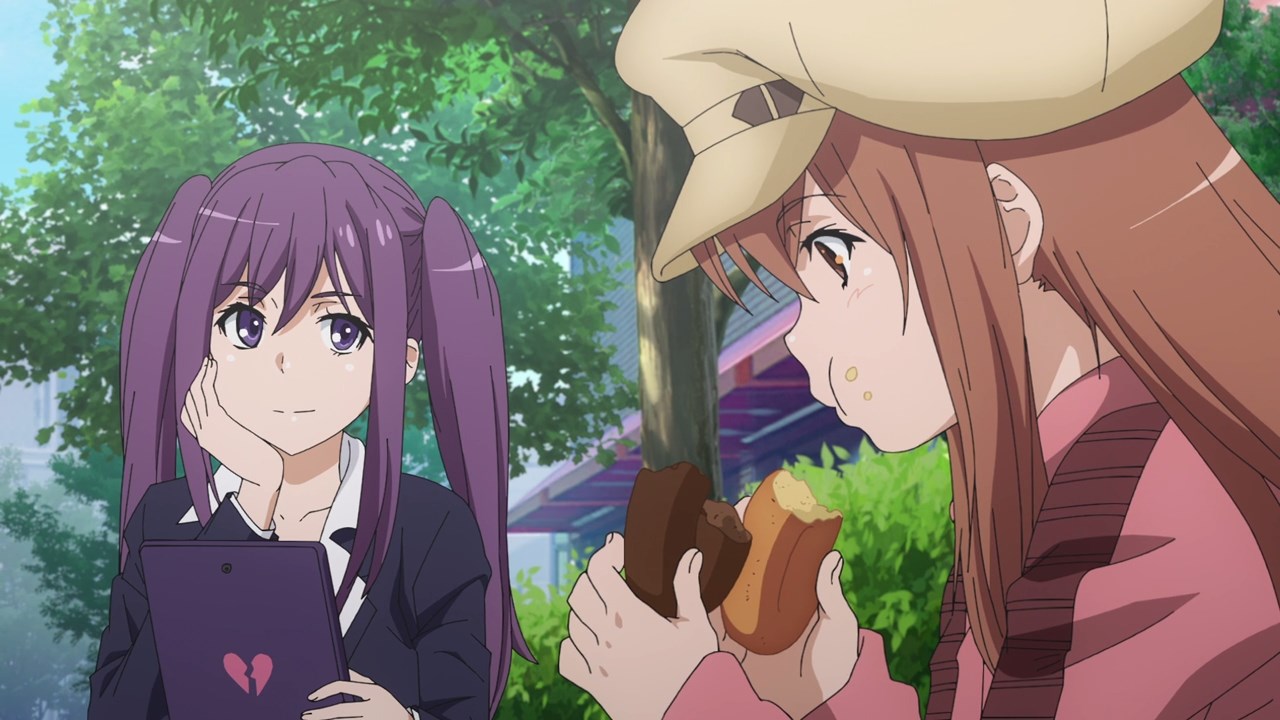 Oh yeah, and let’s not forget about Dolly where Misaki Shokuhou kept her alive after Gensei Kihara’s crazy attempt to make a Level 6 esper is finally over.

Still, I’m glad that both Mitori Kouzaku and Dolly are okay, but let’s get on with the mission shall we? 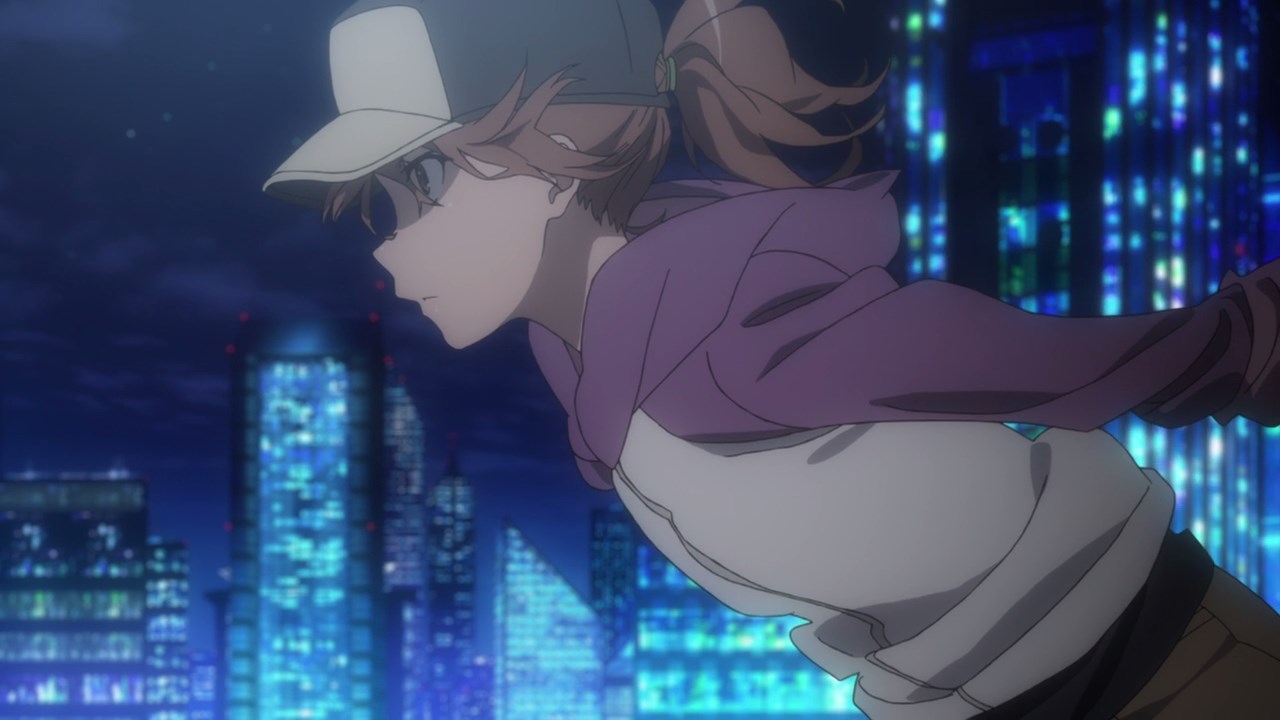 Of course, Mikoto Misaka needed a disguise to infiltrate the facility as she’s wearing a cap and a jacket, the same clothes that Mikoto wear during her failed attempt to stop the first Level 6 Shift project.

With that said, Misaka will have to infiltrate carefully because even though Shizuri Mugino and the rest of ITEM are not guarding it, the facility is well-guarded. 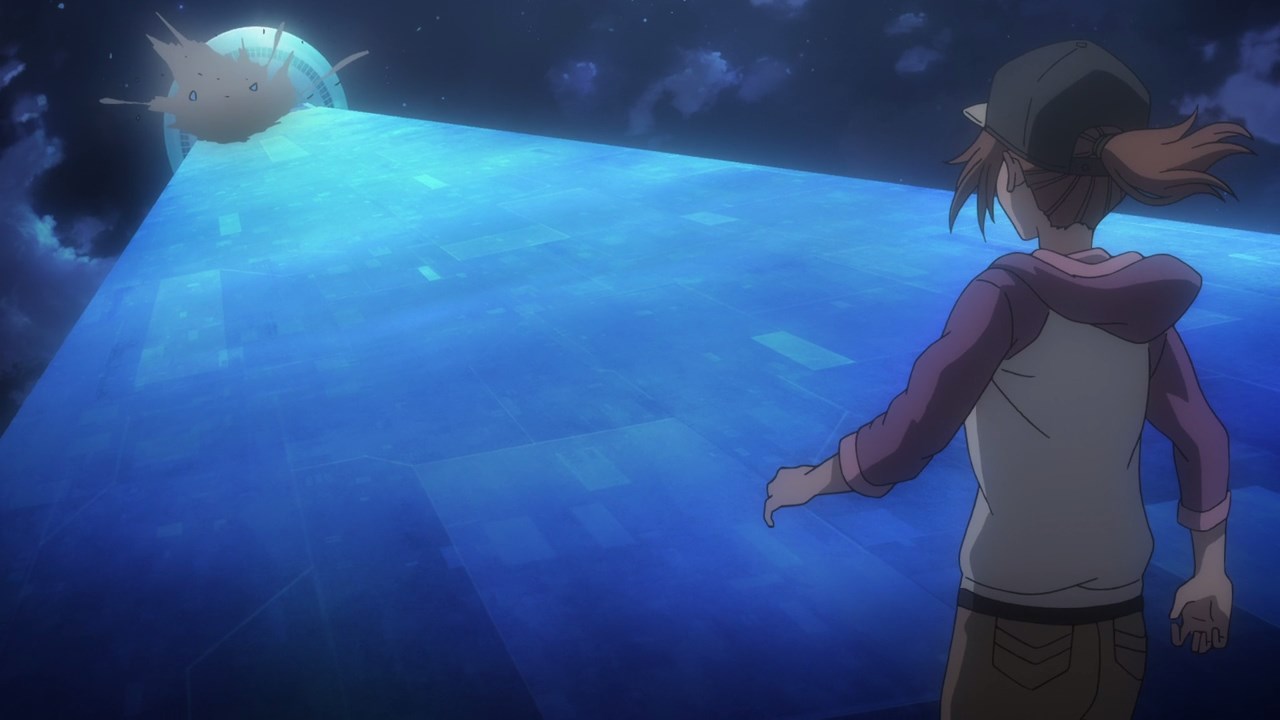 However, it appears that someone beat her to the punch as there’s an explosion in the facility. Could it be that someone decides to attack it and kidnap Ryouko Kuriba? 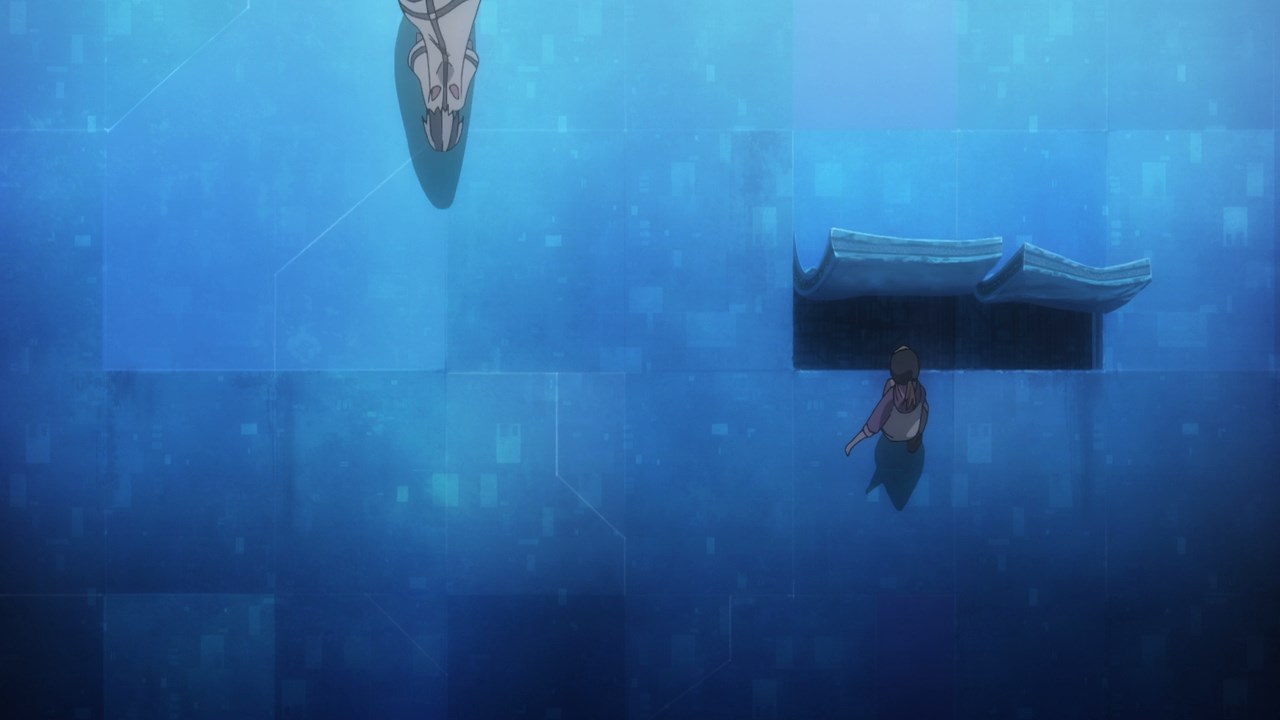 No, turns out that someone jump out of the facility. Then again, this person might not survive the fall. 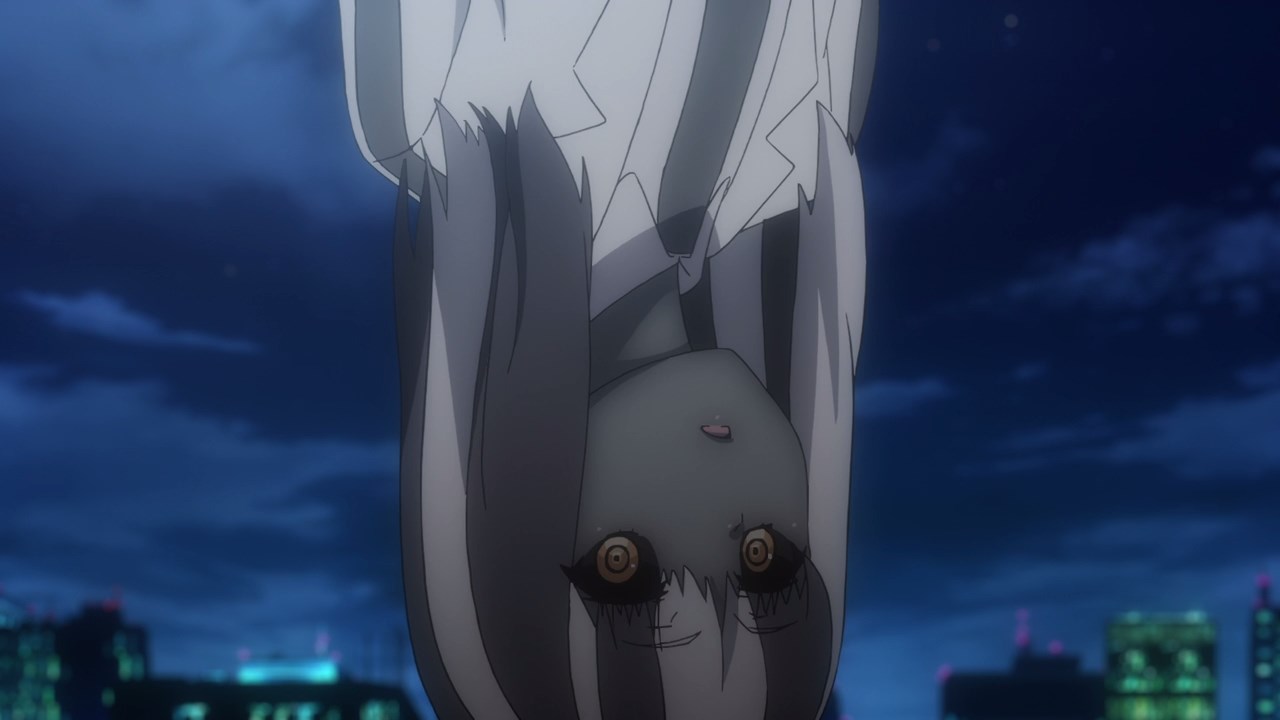 Said person happened to be Ryouko Kuriba except that she’s covered with cyborg parts. Looks like Misaka found her target but she needs to capture Kuriba safely. 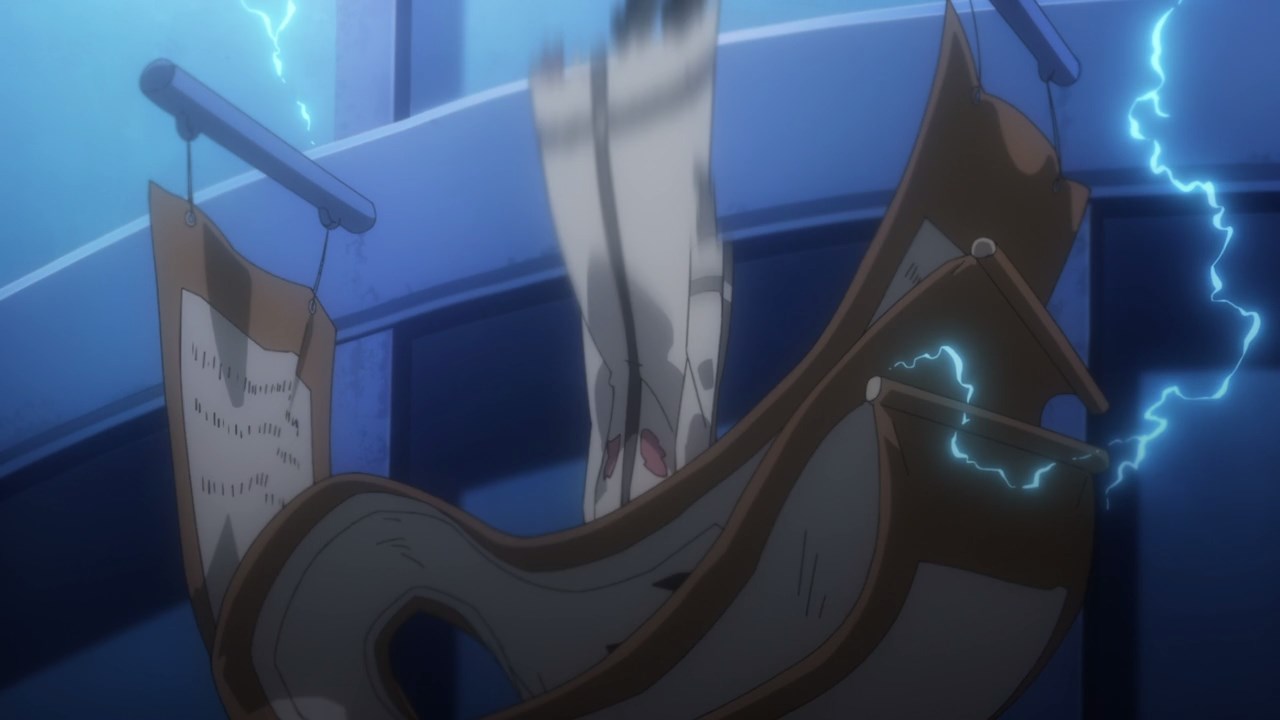 Well, she can use the banners to cushion Ryouko’s fall. But even if she manage to soften the fall, there’s no way Kuriba would survive. 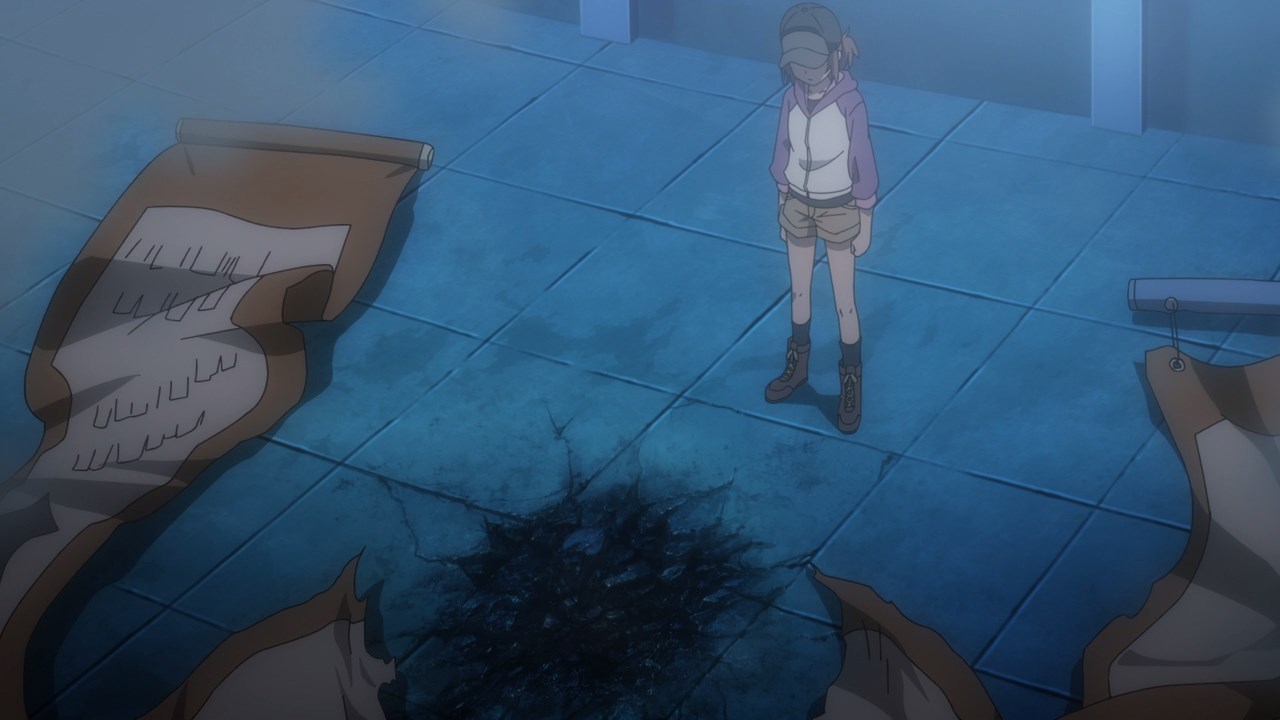 But when Mikoto check the pavement, Ryouko has disappeared. Something tells me that either Misaka is just hallucinating or that the person who happened to be Kuriba is actually a robot clone.

Man, I think it’s time for Mikoto Misaka to find more clarification regarding on what she saw on that facility… 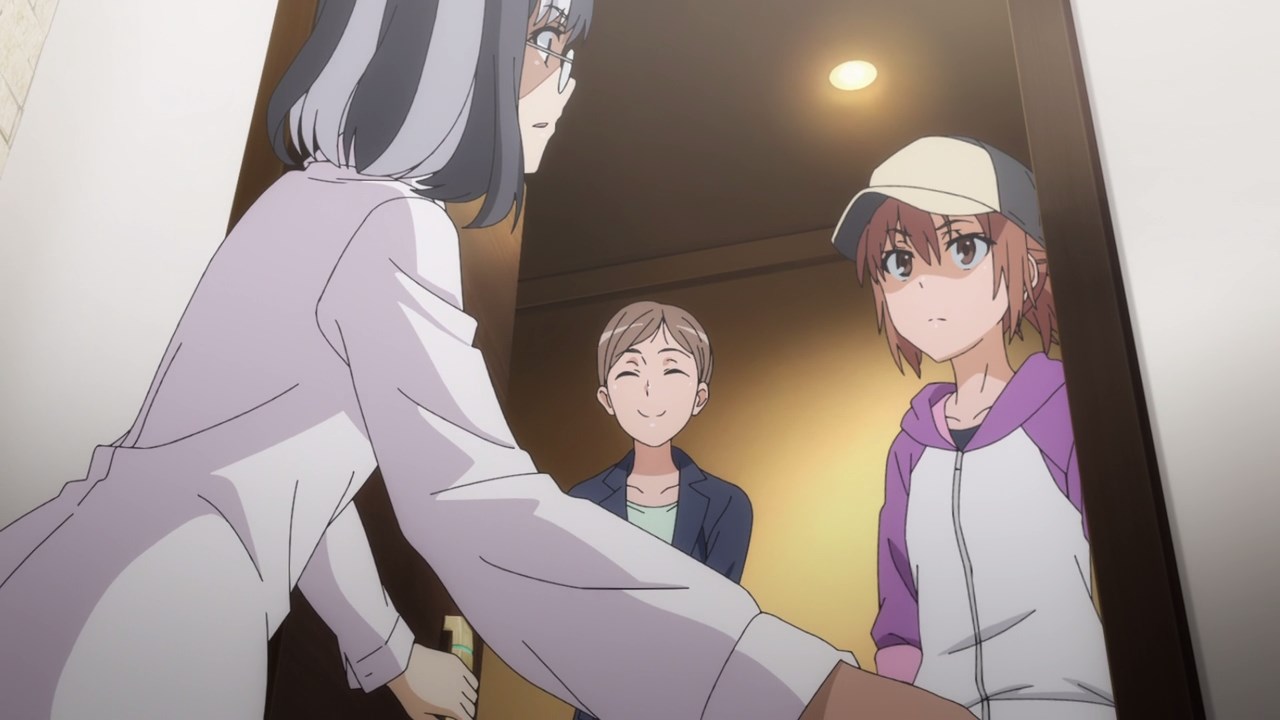 And that’s by talking to the real Ryouko Kuriba where she’s actually living a peaceful life in an apartment.

Of course, talking to the real Kuriba requires some mind-control trickery from Shokuhou and a little persuasion from Misaka. But anyways, let’s hear from Ryouko in regards to that experiment. 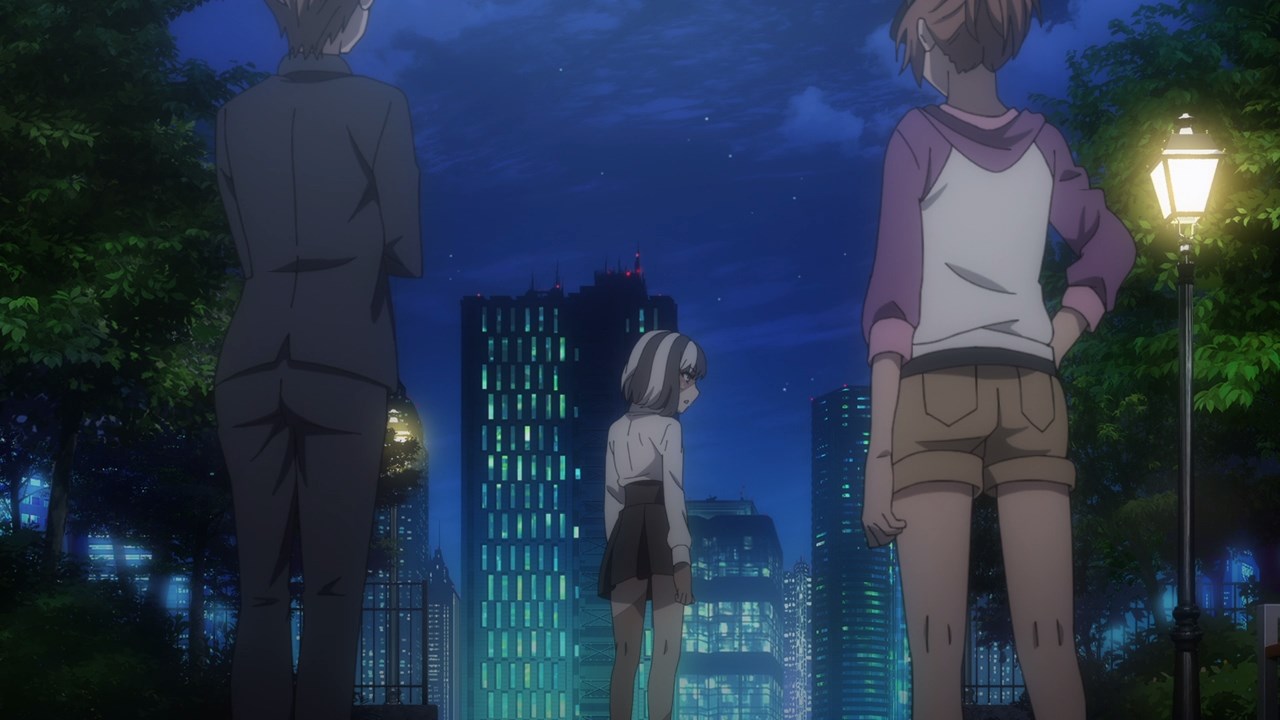 Turns out that those scientists have managed to created a spiritual clone of Ryouko after splitting her body into two and reconstruct her like some Frankenstein’s monster. And after putting the real Kuriba back together, they used her cyborg parts to create a gynoid that would house her cloned soul.

Seriously, it’s way more messed-up that I’ve imagined. Heck, this reminds me of that experiment when those scientists tried to create a perfect clone of Mikoto Misaka using her DNA, although that one was a failure in which they decided to use those clones as fodder for Accelerator. 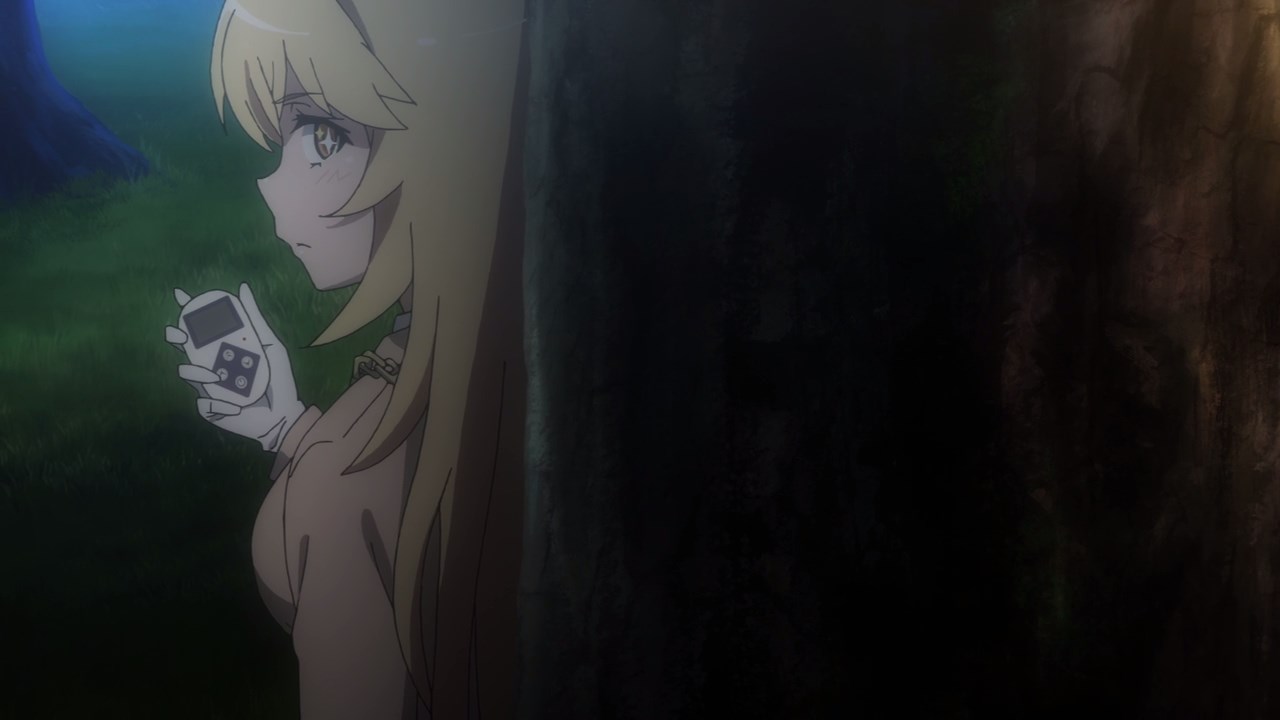 So yeah, what Misaka saw in that facility was a cyborg clone of Kuriba. Still, there are some many questions that needed answers, like the confirmation of whehter Ryouko is the one who created Indian Poker and why she made it in the first place.

But for now, I wanna know what happened to Ryouko’s doppelganger as I saw her plummeting down earlier?

Oh, it appears that this doppelganger survived the fall. But now she’s getting some skin which would be problematic if this clone and the real one got together. 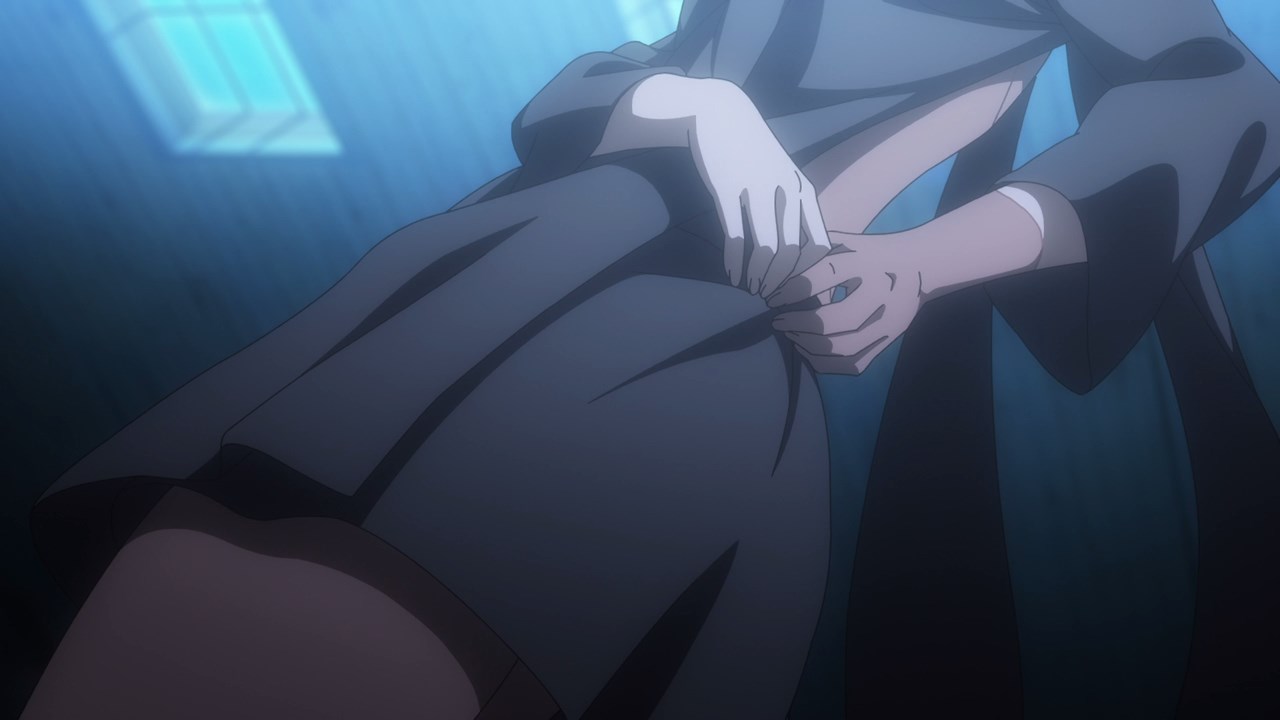 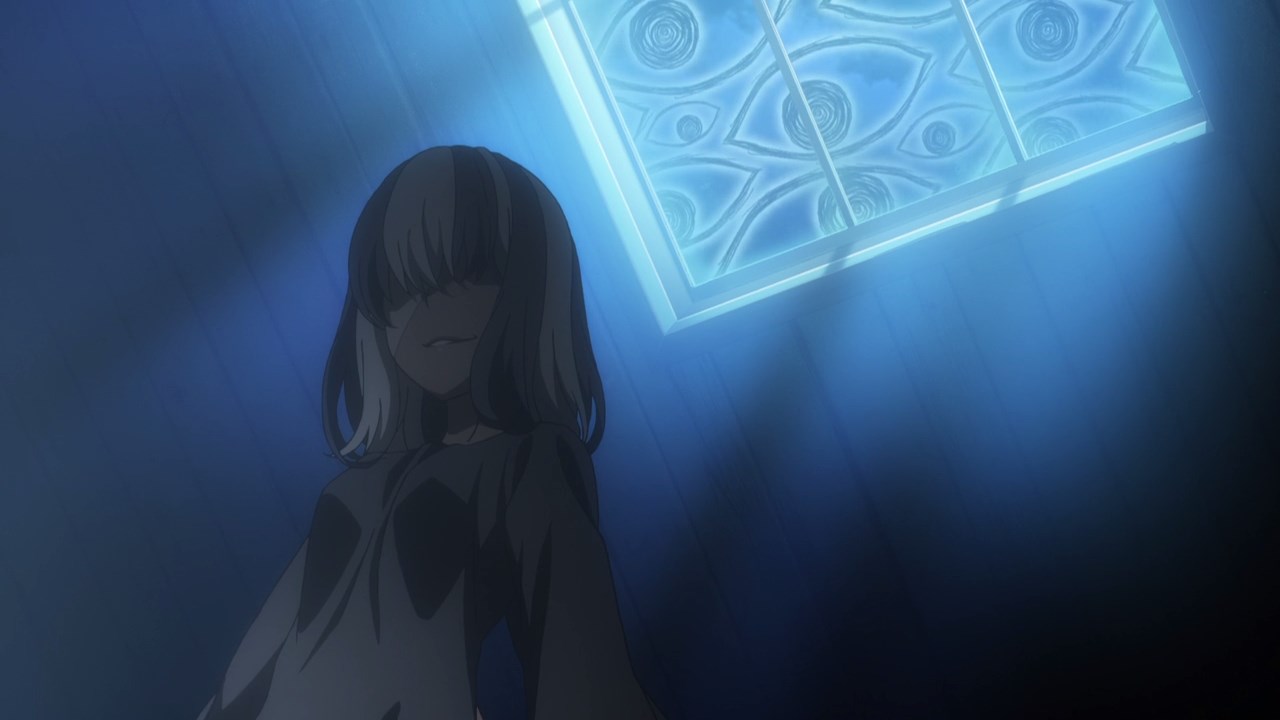 On the other hand, it appears that some esper is spying on Ryouko’s cyborg clone.

Oh I have a feeling that those brats from To Aru Kagaku no Accelerator are involved on finding the doppelganger. I mean, the leader of Scavenger is using her Predator ability to find their target. 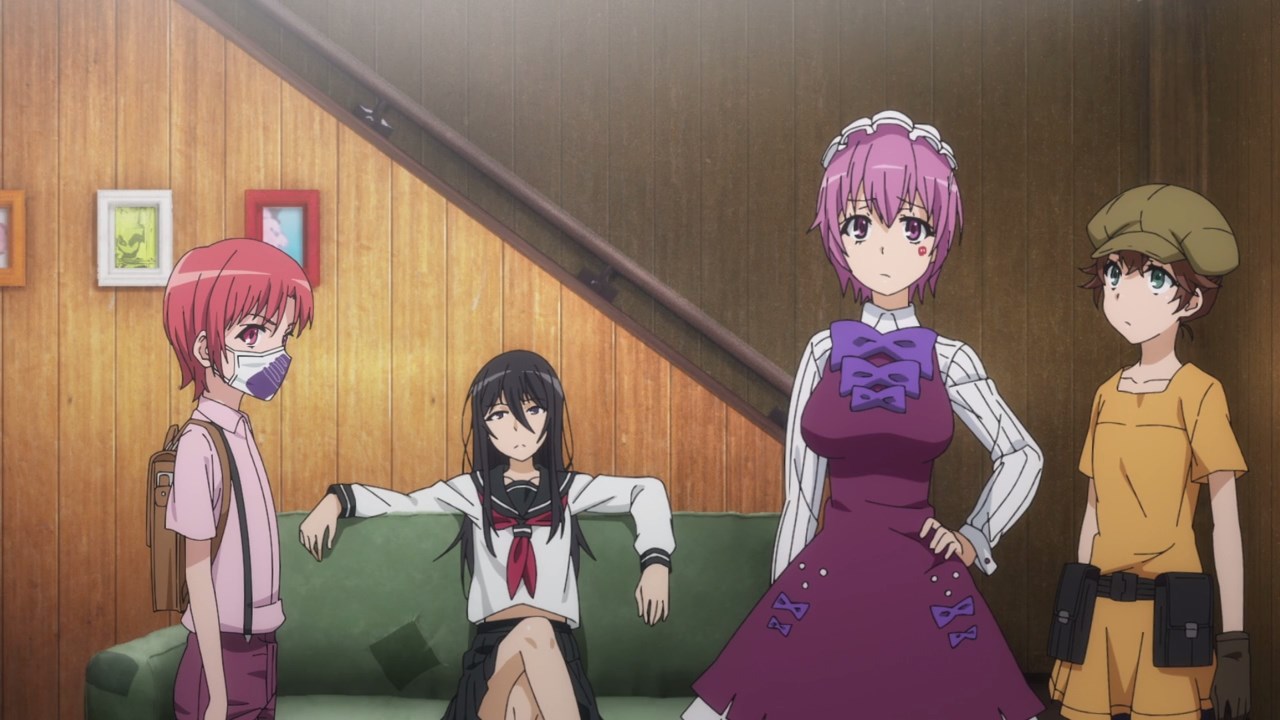 Of course, let’s not forget that they failed once before, especially when they got their asses kicked by Accelerator. So if they happen to encounter any of the Level 5 espers and they lose, Scavenger is history!

With that said, I’ll see you next time as I’m hoping that all of the questions are answered before this 3rd season is over.