Posted on September 4, 2020 by benigmatica 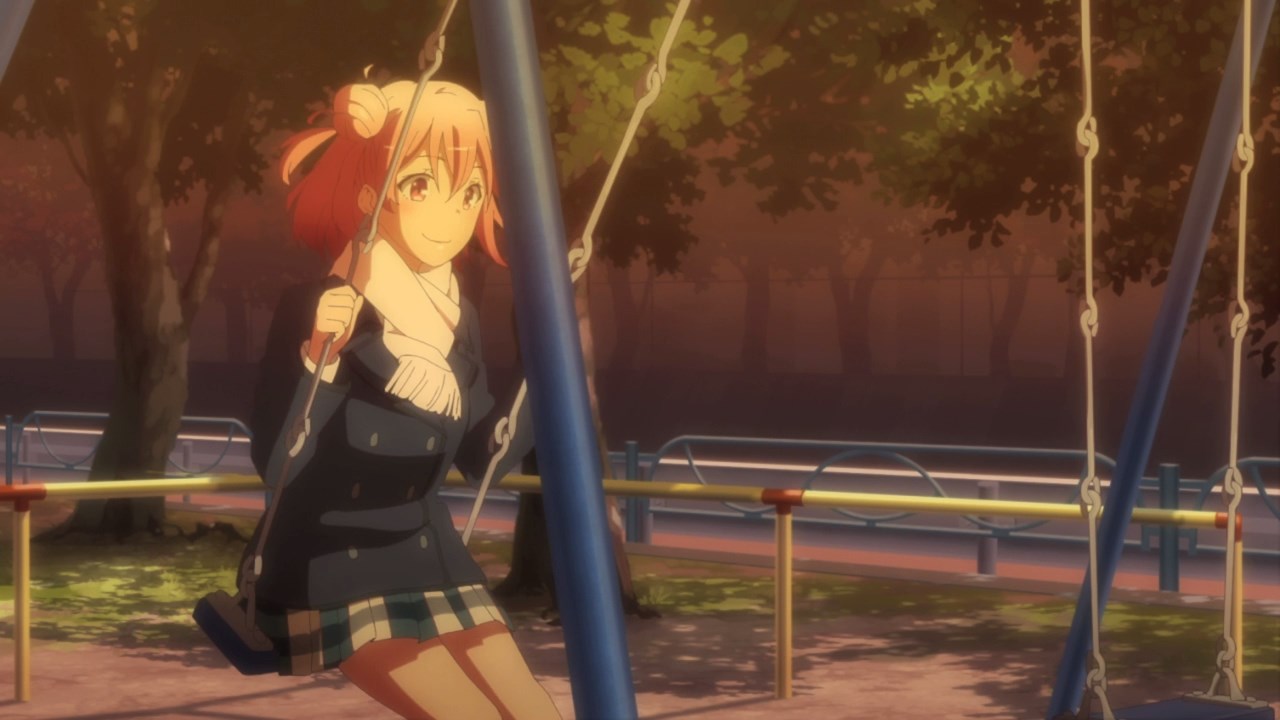 Oh look, it’s Yui Yuigahama where she’s swinging at a local park. Gotta say that Yui is just enjoying the moment now that the prom night will happen in the future. 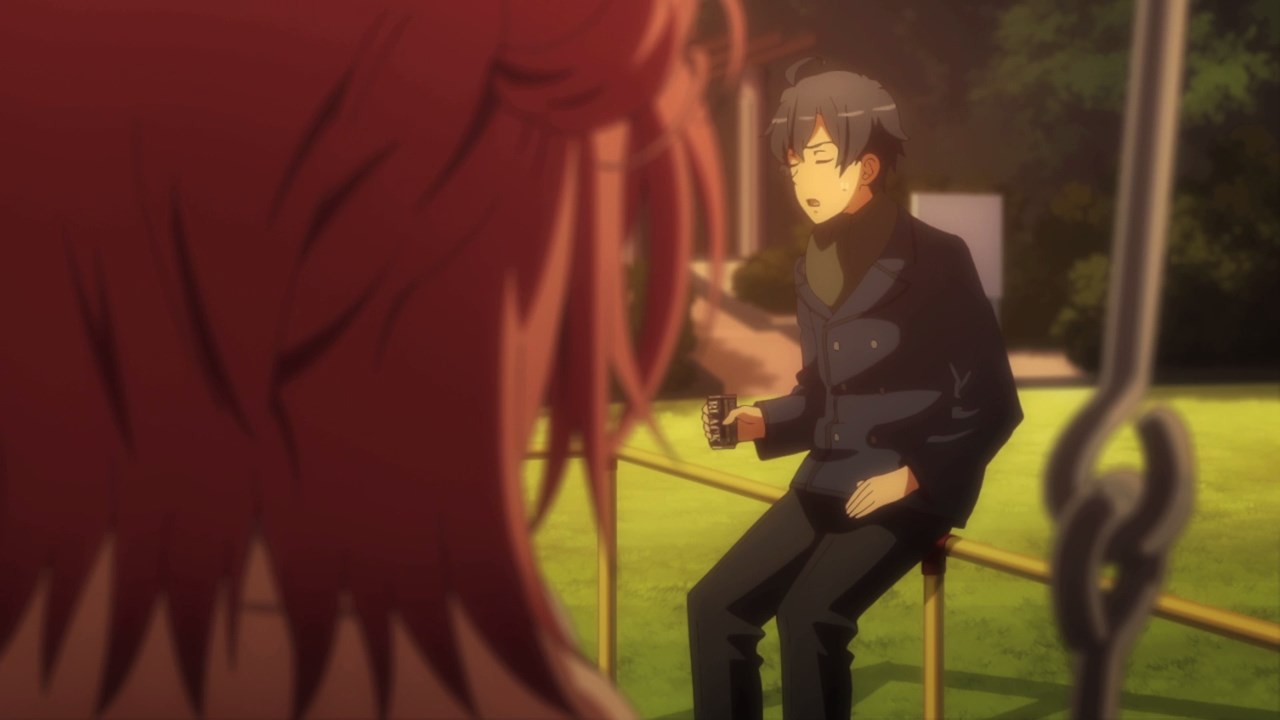 Also, here’s Hachiman Hikigaya where instead of taking the swing, Hikky would rather enjoy sipping a can of coffee in peace. Oh Hikigaya, don’t be such a gloomy guy! 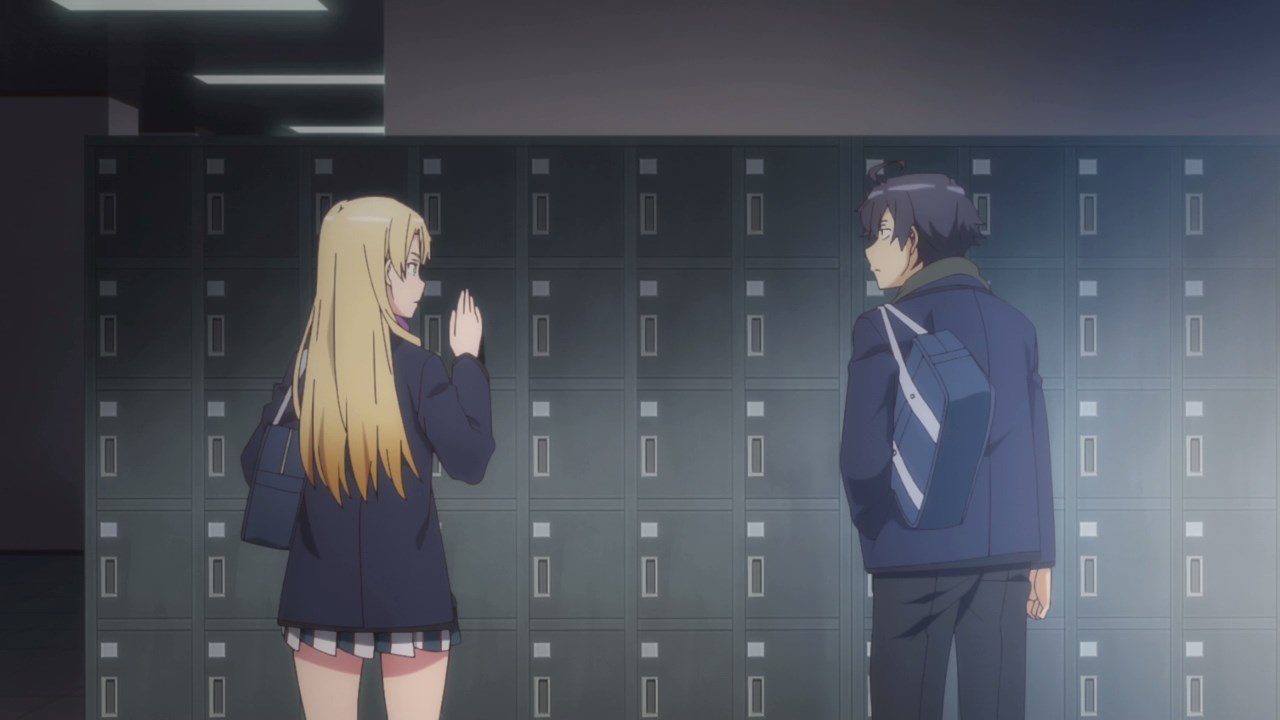 Speaking of Hachiman, looks like he encountered Yumiko Miura where she’s still has some animosity towards him. I mean, he’s not that popular compared to Hayato Hayama. 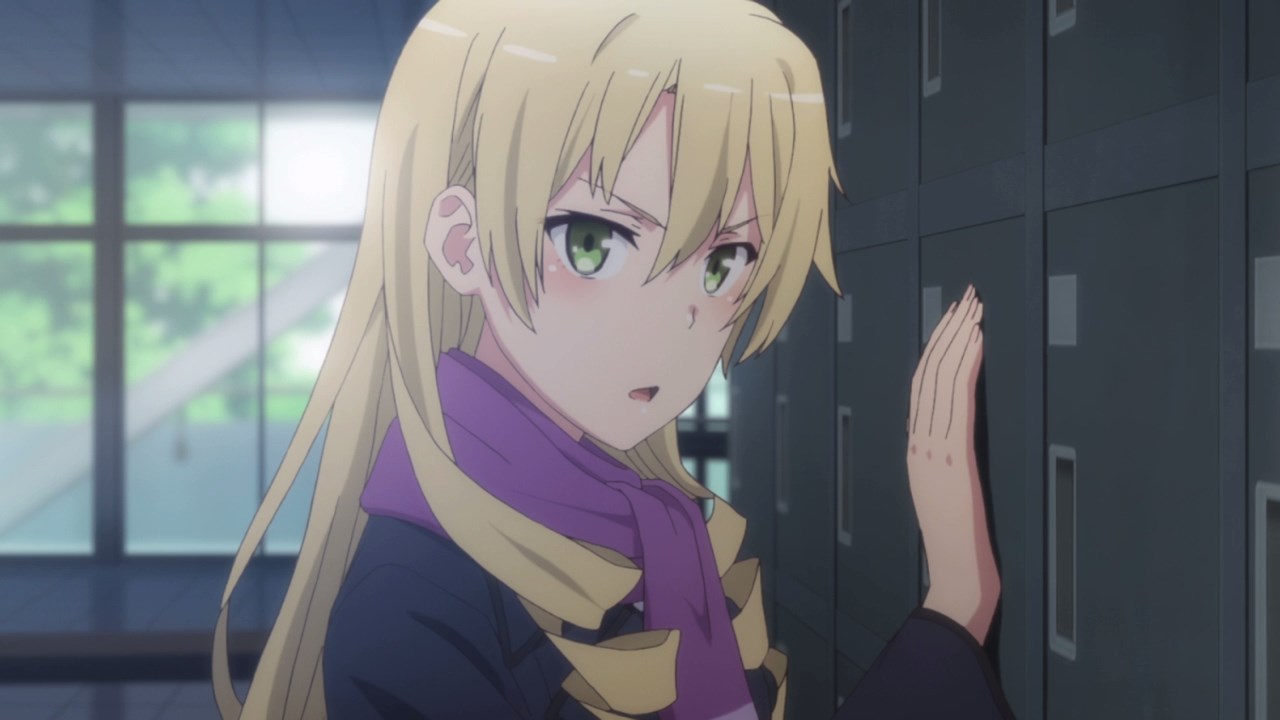 Of course, Yumiko warned him not to half-assed everything, especially when Yui got involved.

Well to be fair, he didn’t made things halfheartedly like his separate prom proposal where Hachiman did his best to make it presentable, even though it’s doomed to fail anyway. 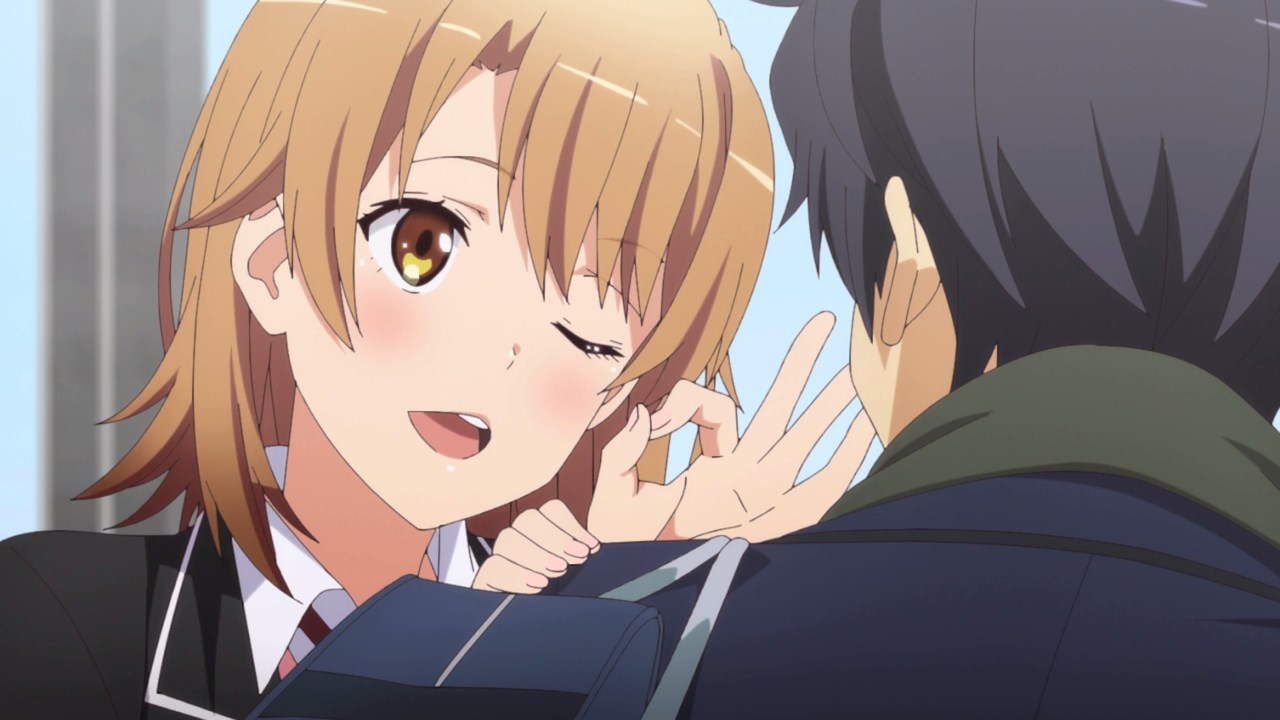 But thanks to Hachiman, looks like Yukino Yukinoshita’s proposal got the green-light, therefore we’ll have a prom night in Soubu High School as Iroha Isshiki is very excited. 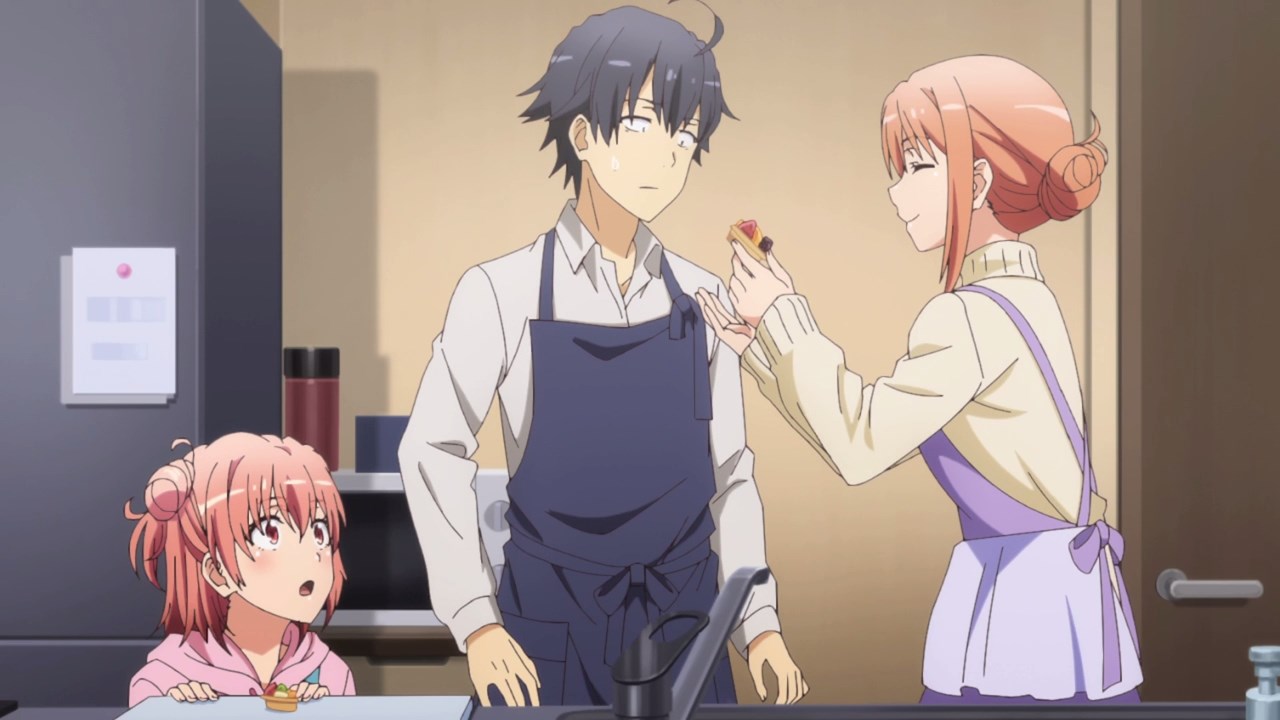 Now then, let’s try something different as Hachiman went to Yui’s apartment where she and her mother will make fruit tarts.

Compared to the stressful high school proposals where they need to appease the higher-ups, this one is very refreshing. 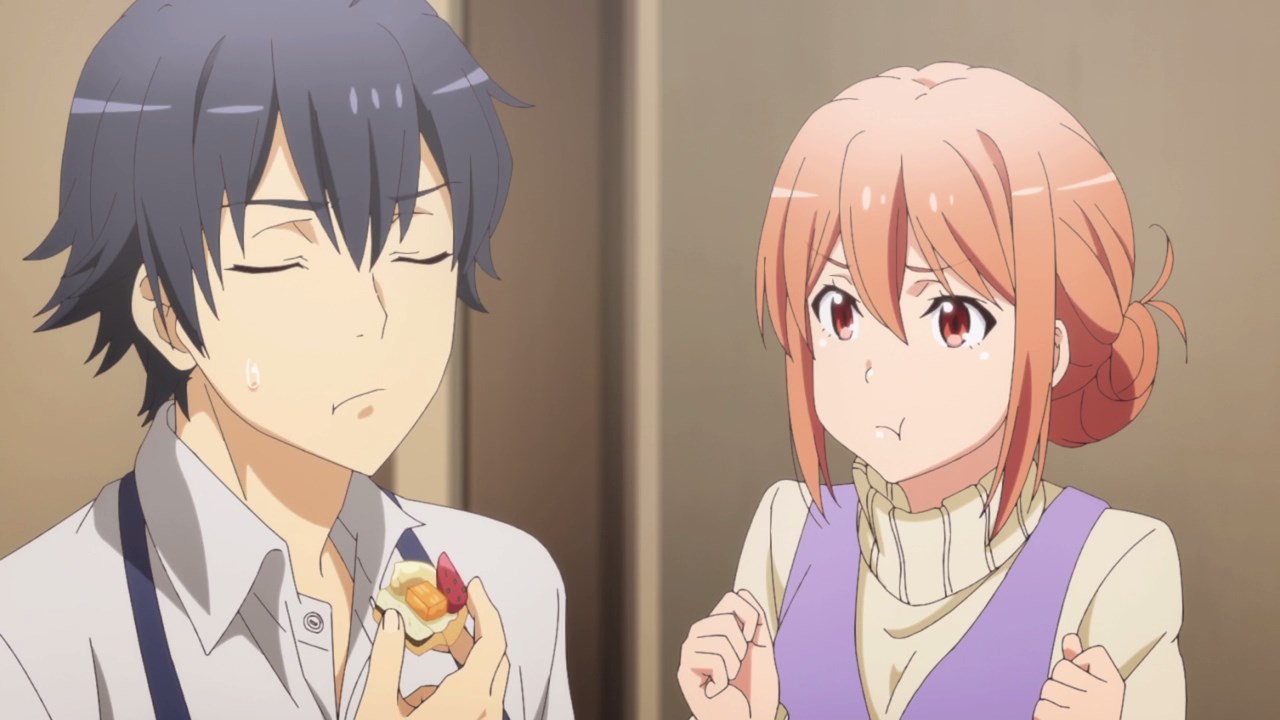 Then again, Hachiman will need some reasonable criticism when it comes to tasting fruit tarts as he’s being watched by Yui’s pouting mother. 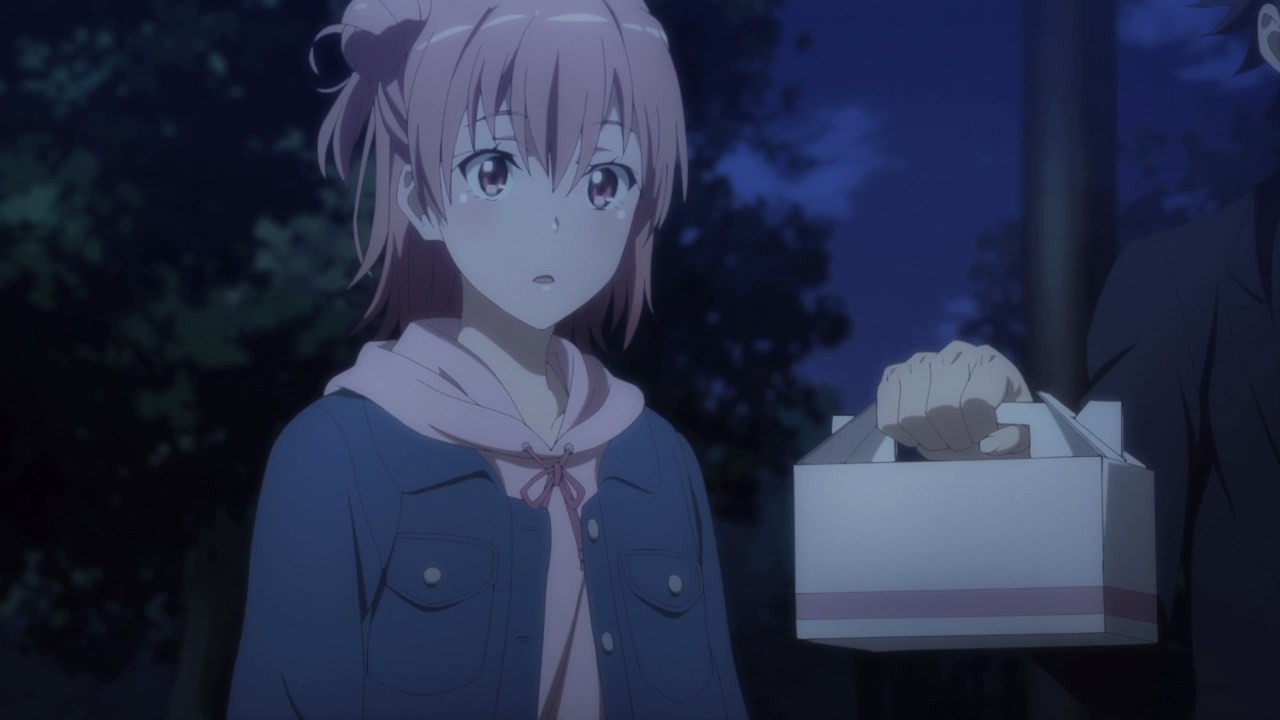 With that said, it’s time to go home but before Hachiman and Yui go to their separate ways, he wants to give something to Yui as a gift of appreciation. 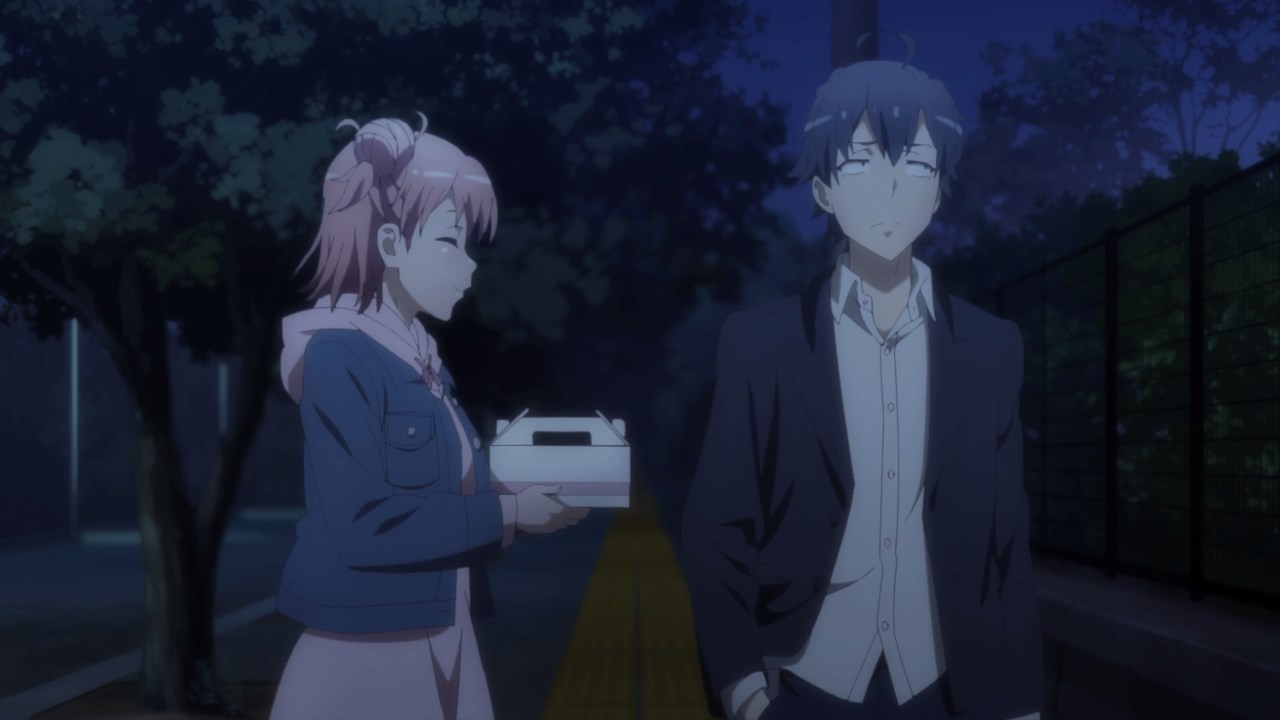 That’s nice from Hikigaya where he wants to repay something to Yuigahama. But you know what, if only they become an official couple, although we’ll never know for such which girl he’ll end up with. 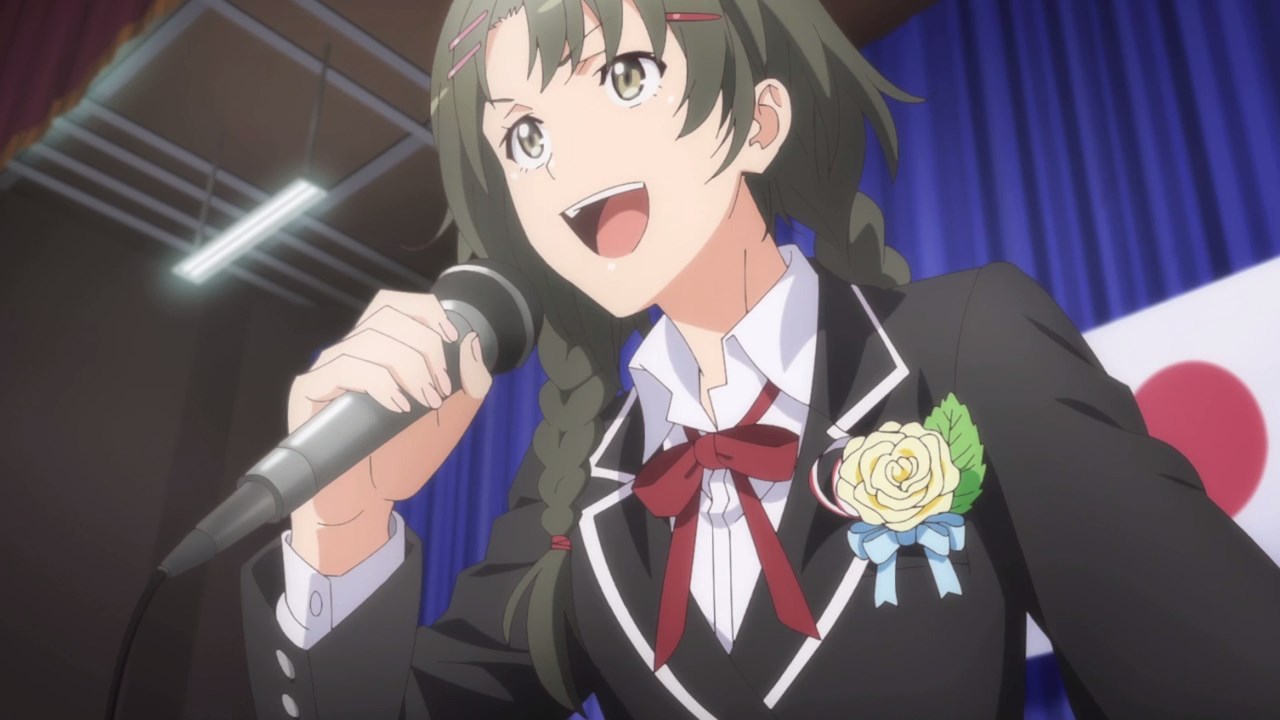 Now then, let’s end this post where it’s time for the graduation ceremony.

While the underclassmen will miss the likes of Meguri Shiromeguri since they’ve graduated, they’ll see the seniors again at the prom night. 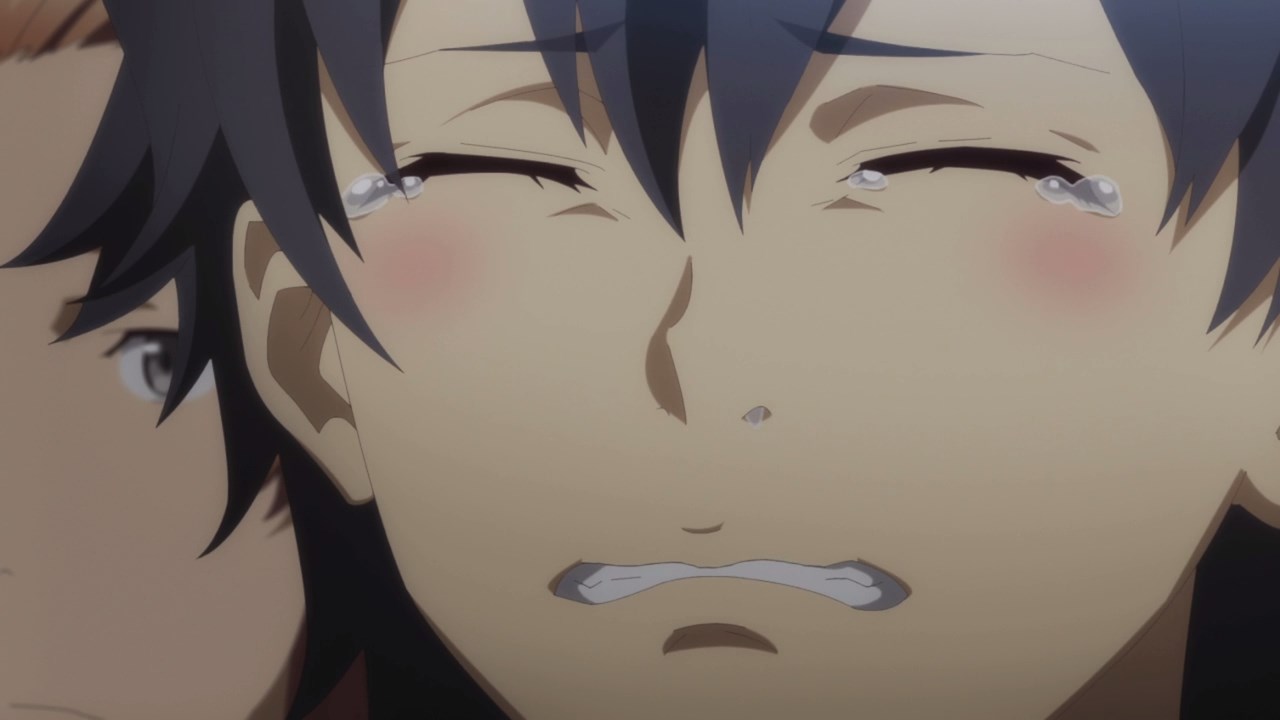 But for Hachiman Hikigaya, the road of setting up a school-wide event has begun as he’s shedding tears right now. Then again, it could be that he’s crying about the graduating students. 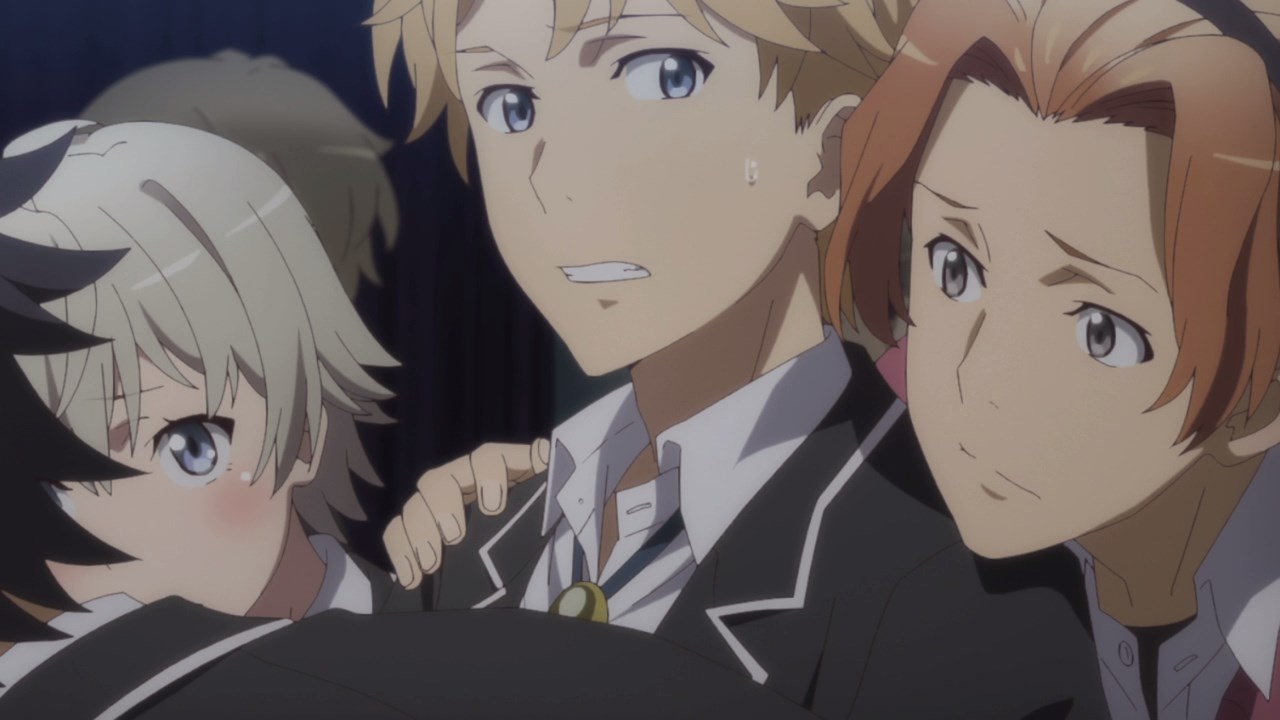 Of course, most of them are concerned about Hikigaya, including Kakeru Tobe where I’m glad that he finally showed up as a cameo.

Anyways, I’ll see you next time where Hachiman and his friends will have to make the best prom night in Soubu High School!