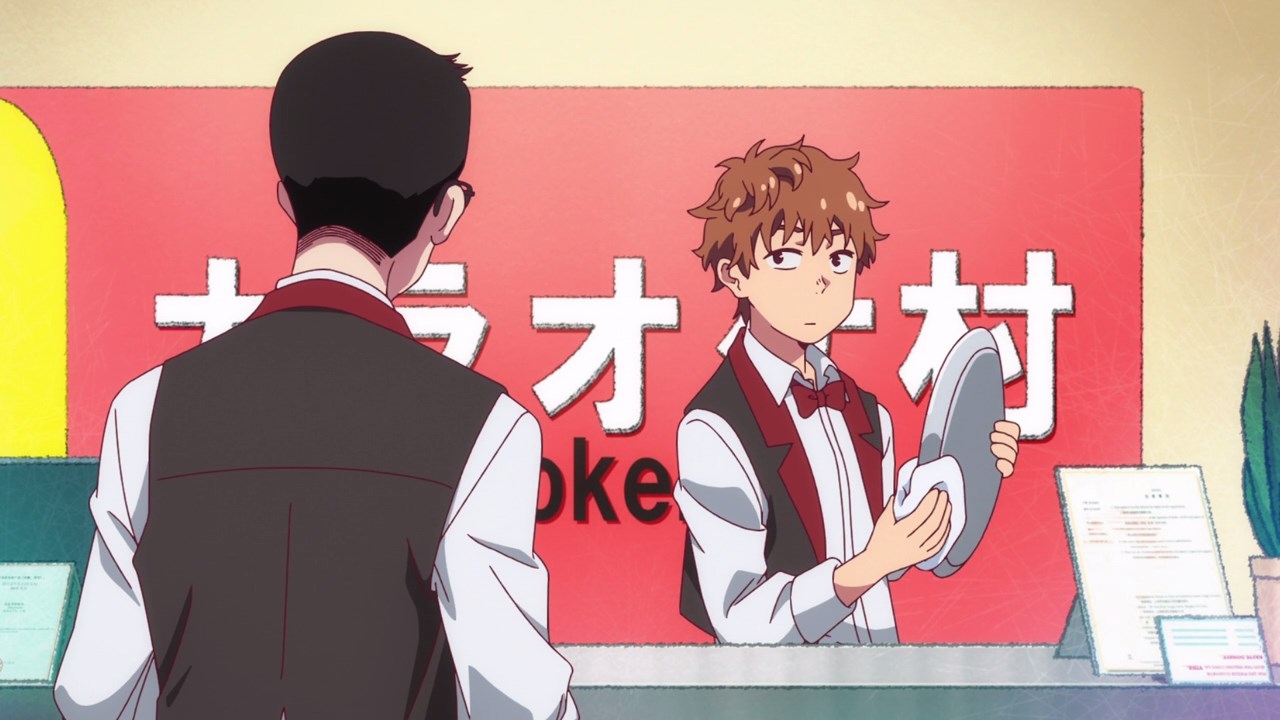 Oh look, it’s Kazuya Kinoshita where he’s working part-time at a karaoke bar. After all, he can’t rely on his family’s money to survive in the city, as well as paying Chizuru Mizuhara forever. 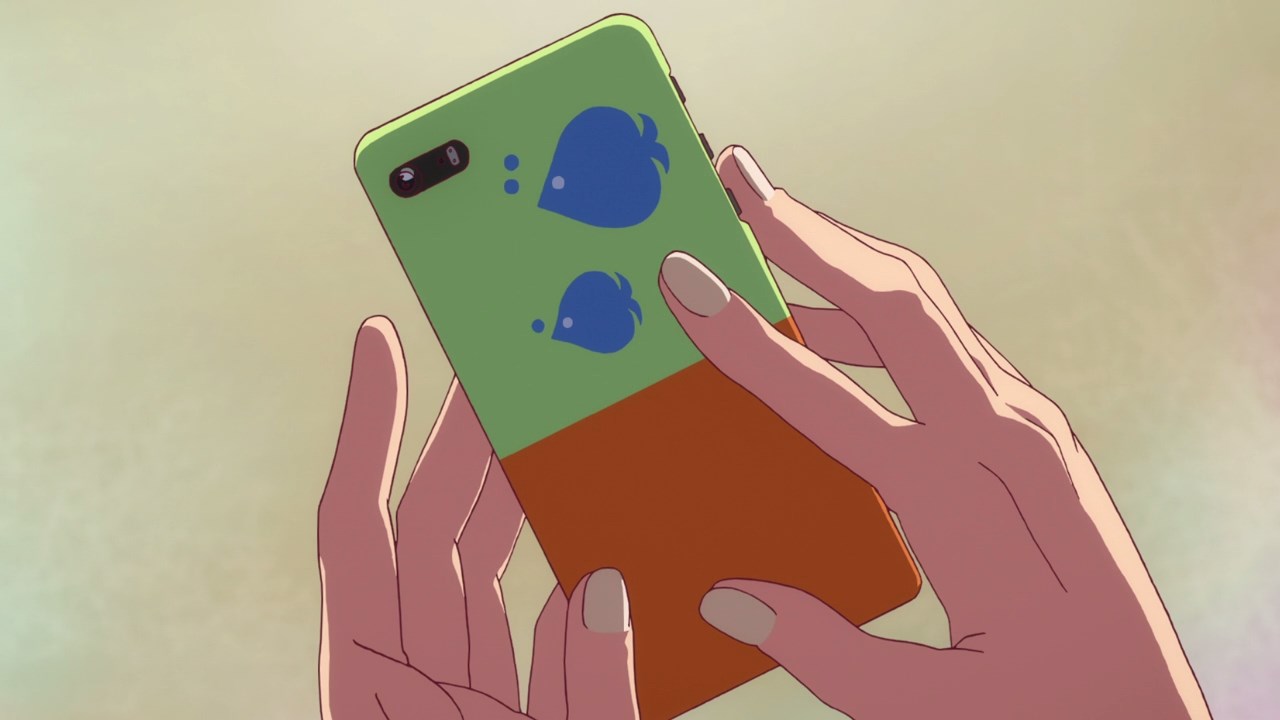 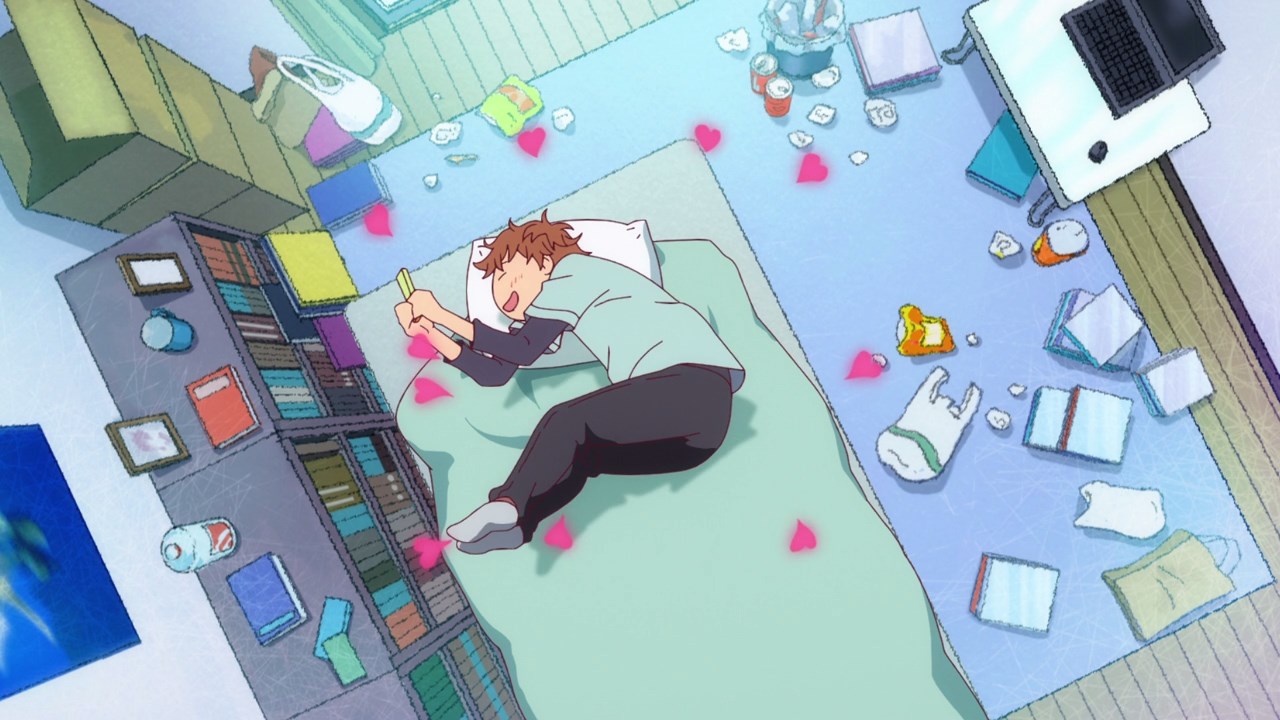 On the other hand, looks like Kazuya is grinning like a kid as he received a gift from Chizuru, something that his ex-girlfriend didn’t do before cutting ties with Kazuya. 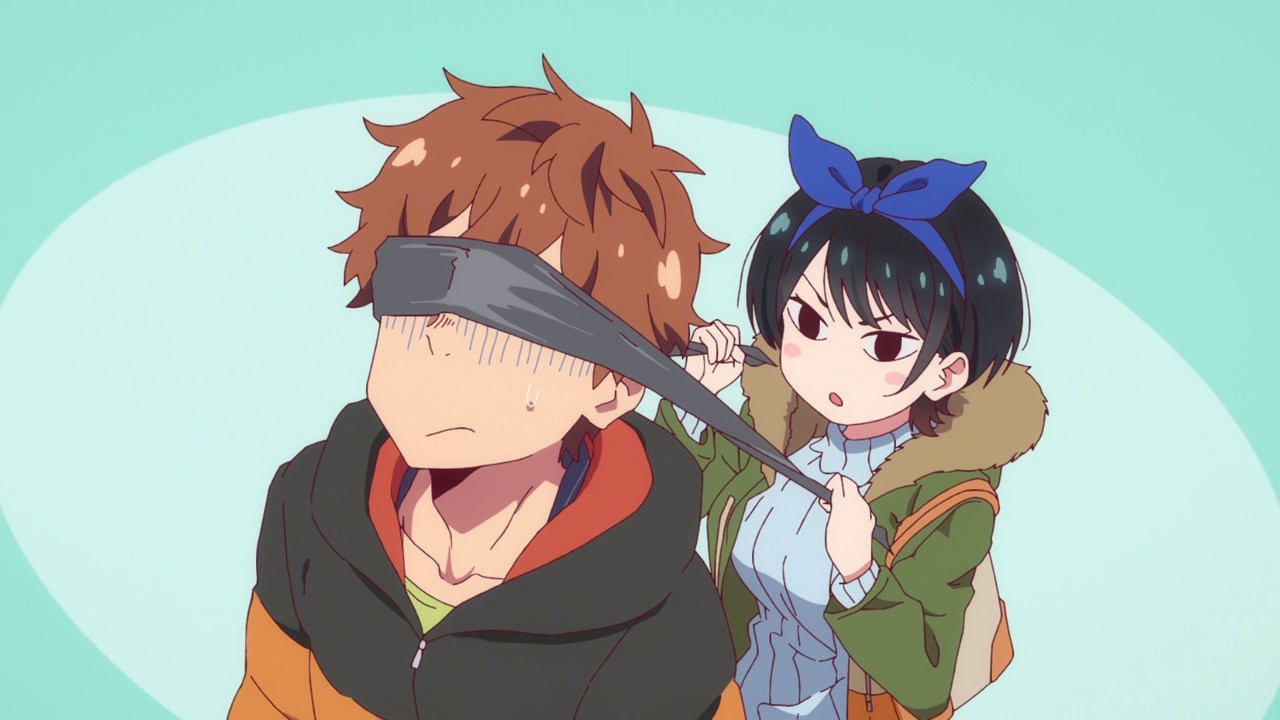 Of course, Kinoshita will have to deal with another rental girlfriend named Ruka Sarashina where she’s blind-folding him. Okay, Sarashina didn’t receive any money from Kinoshita because she’s a trial-based girlfriend.

Then again, I don’t think Ruka is doing her job seriously because she’s acting like some clingy child to Kazuya… or a stalker even. Anyways, where is she taking him? 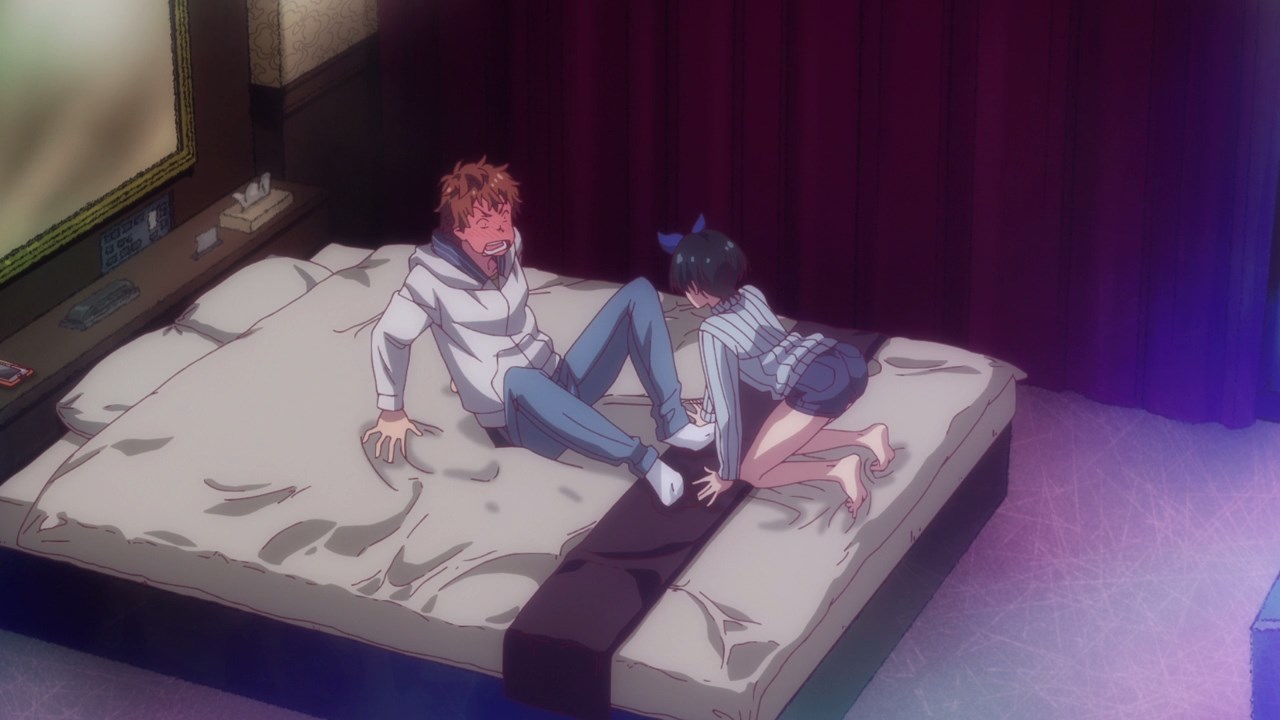 Oh, she took him to a love hotel where Ruka wants to have sex with Kazuya. Seriously Sarashina, you’re acting like a real girlfriend to him even though Kinoshita doesn’t want to take you seriously! 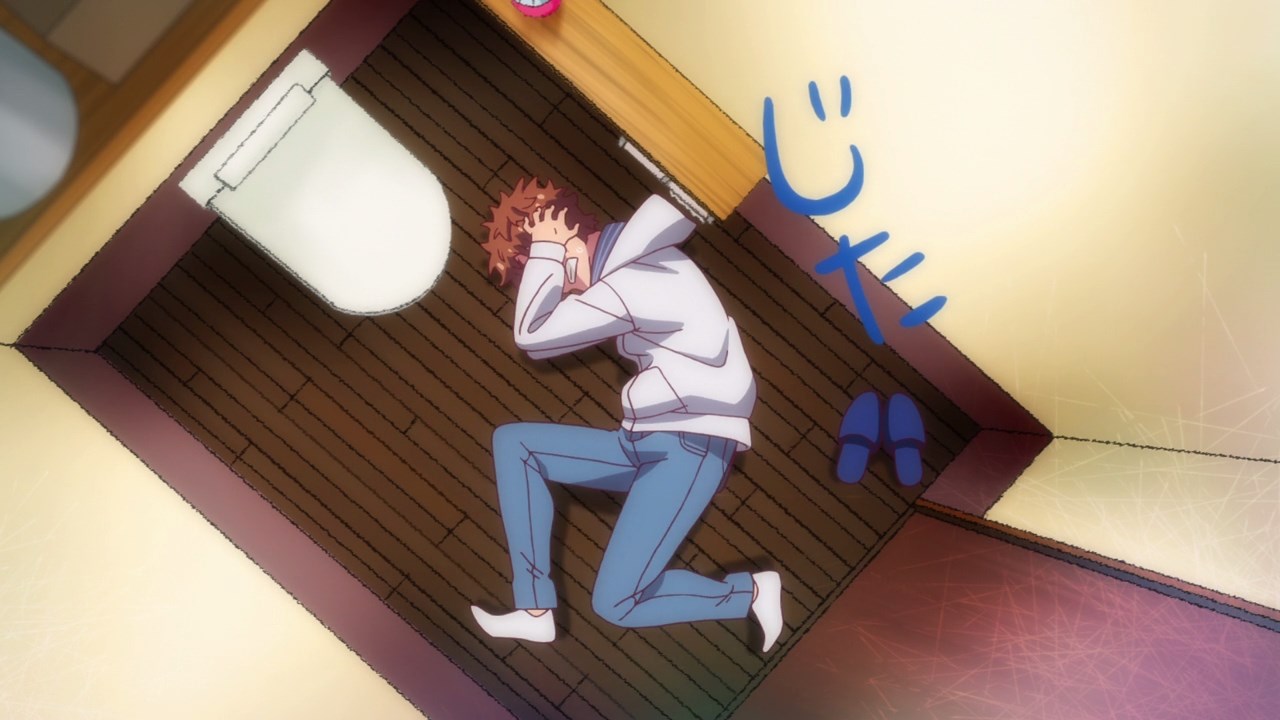 Speaking of Kinoshita, looks like he back out because Kazuya doesn’t want to get in trouble in the long run. I mean, he’s okay to have sex with Sarashina if Kinoshita is serious on dating her. 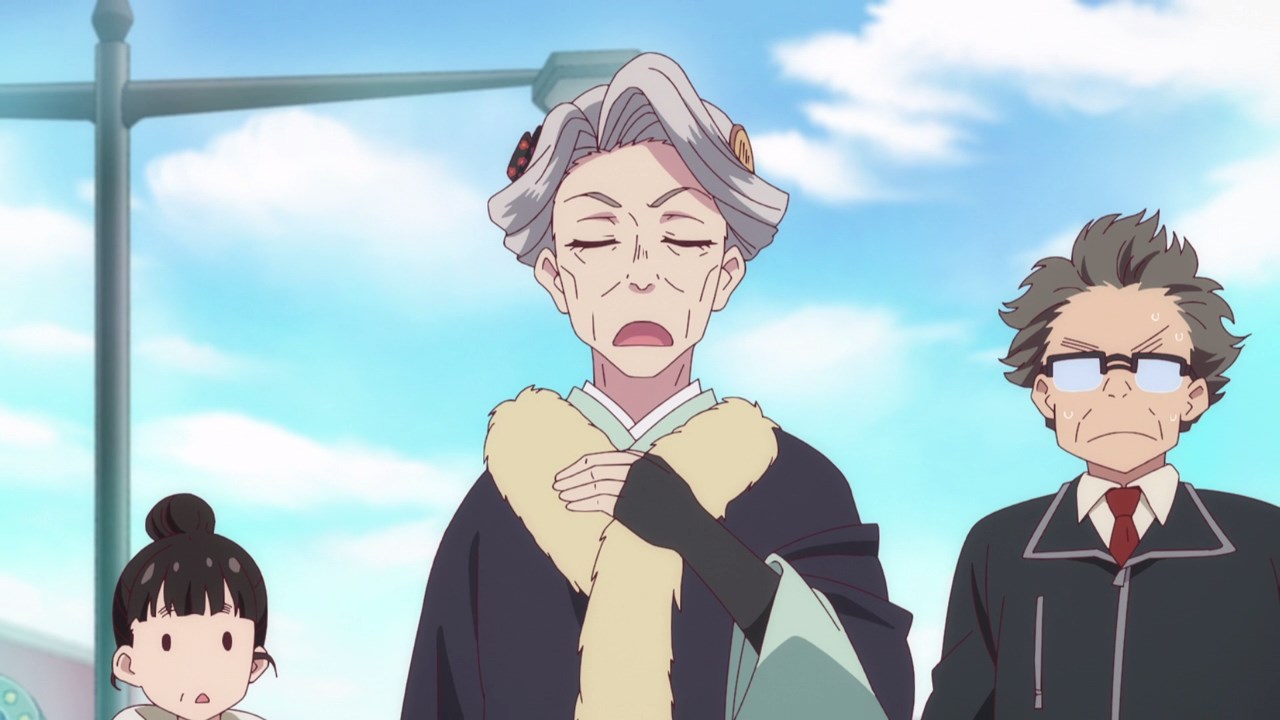 But now, let’s move onto the next scene as the new year arrived and Kazuya’s family will have the usual visit to the local shrine. 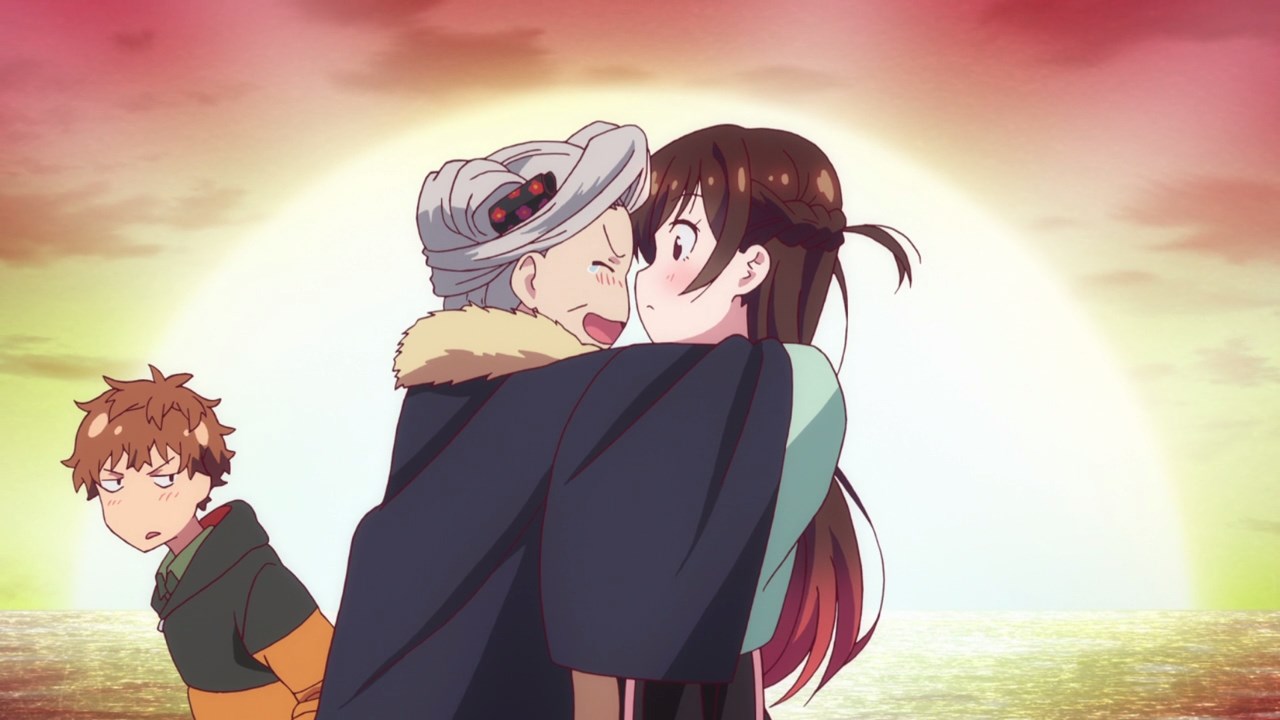 Of course, Nagomi Kinoshita is very excited to see Chizuru Mizuhara as she’s expected to have her grandson take Chizuru’s hand in marriage. 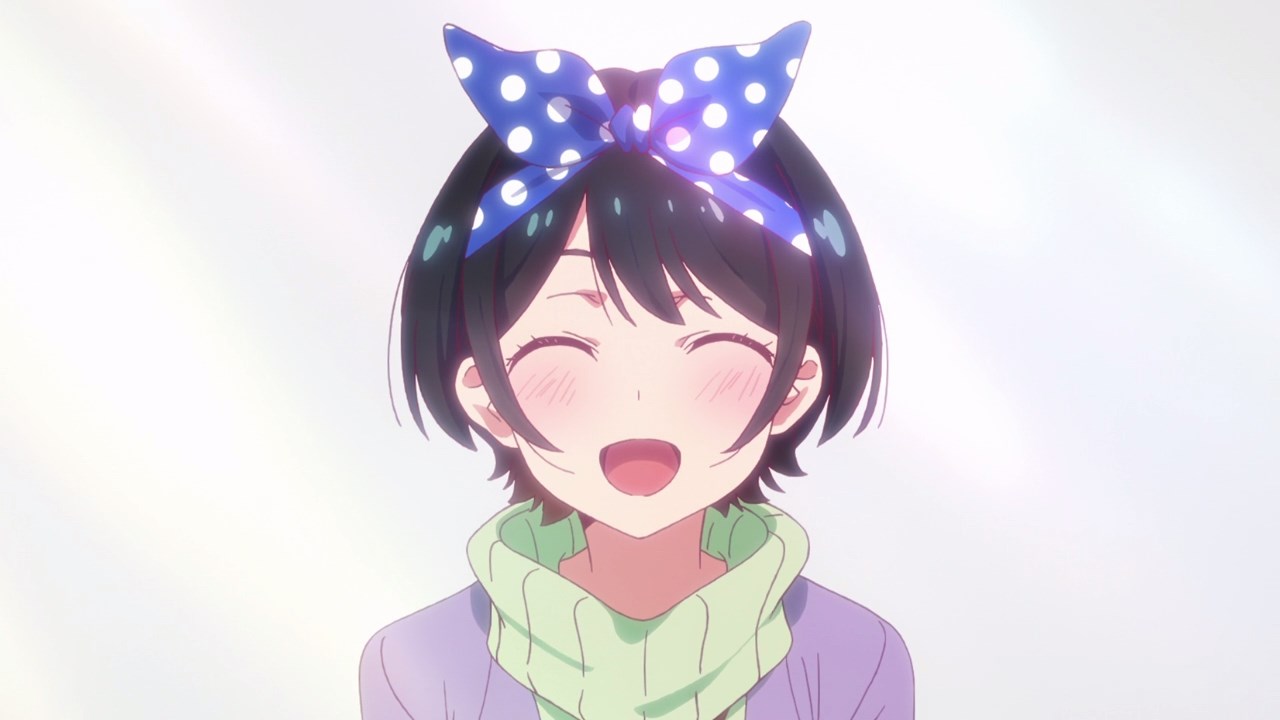 However, their family trip is ruined when Ruka Sarashina has arrived and claimed that she’s actually Kazuya’s girlfriend. What a bold claim there! 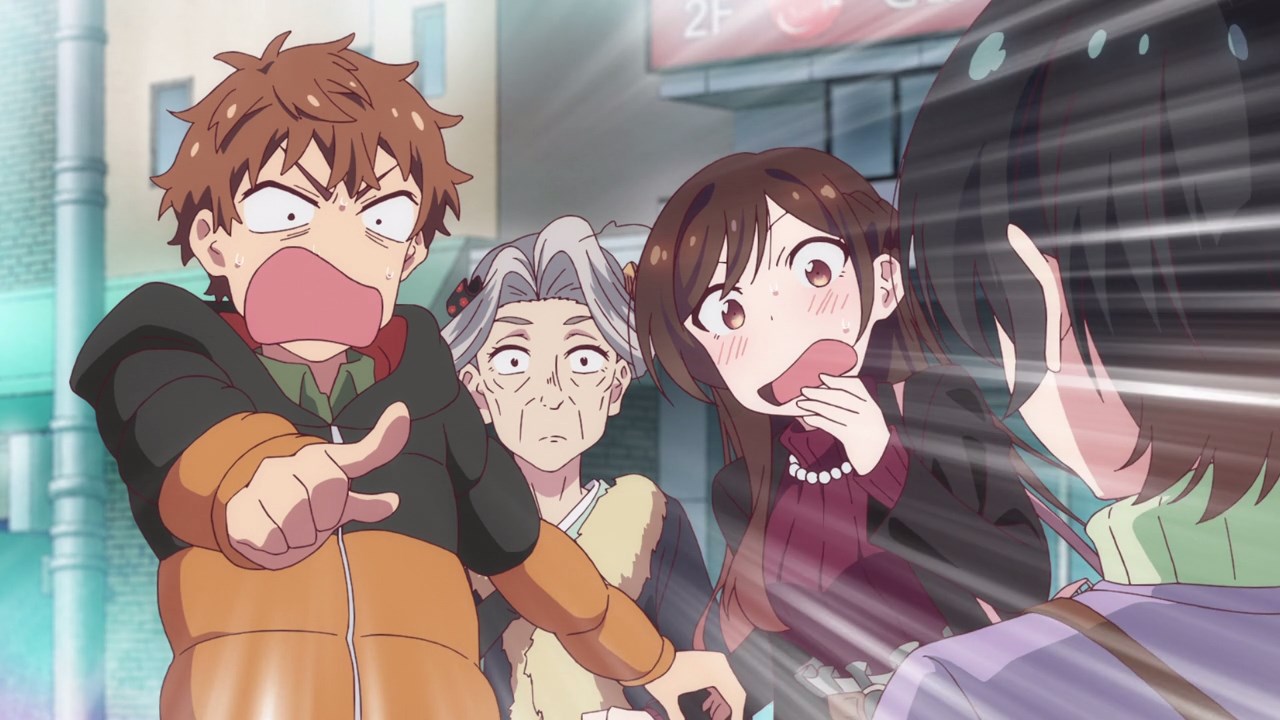 And this puts Kazuya and Chizuru in a tough position where they can’t reveal the fake relationship to the entire Kinoshita family.

Man, if only Kazuya told his parents and his grandmother that he broke up with Chizuru previously… 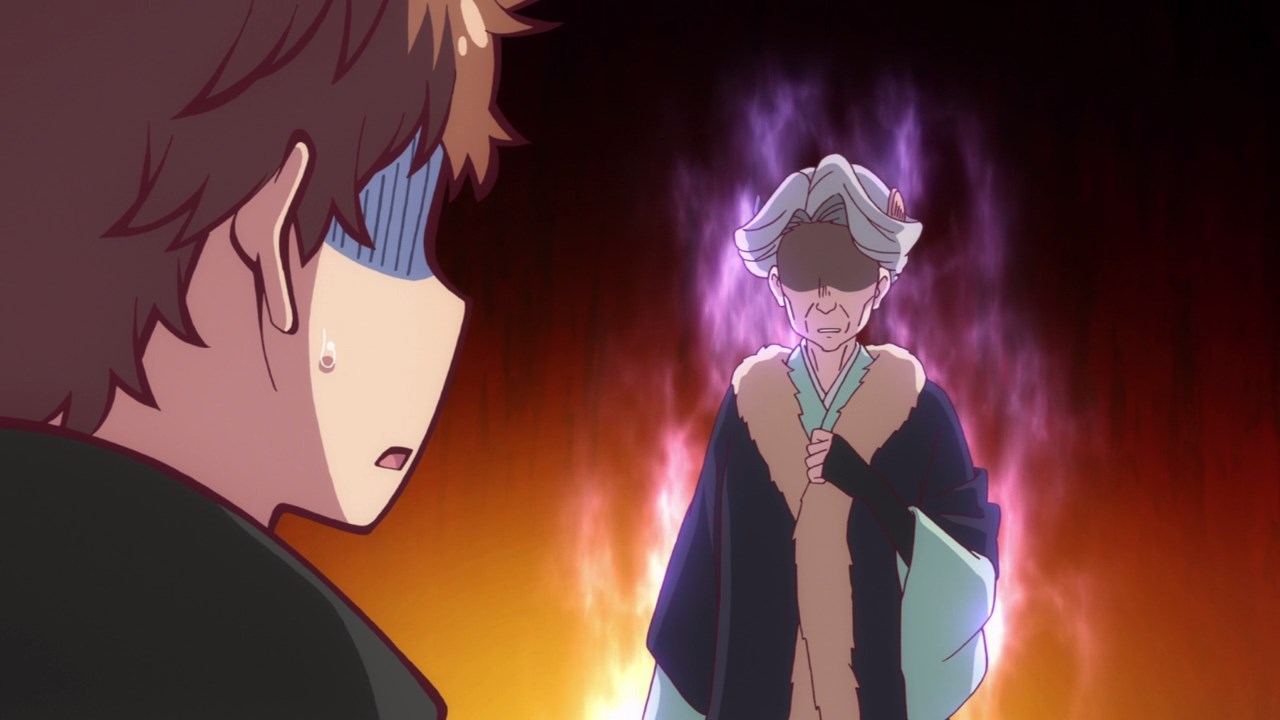 But speaking of Kazuya’s grandmother, looks like Nagomi-san will have a long discussion with her naughty grandson.

But you know what, Kazuya will have to come up with another excuse where Ruka is Chizuru’s friend and a consummate liar. Ironic since Kazuya is lying his fake relationship to his family. 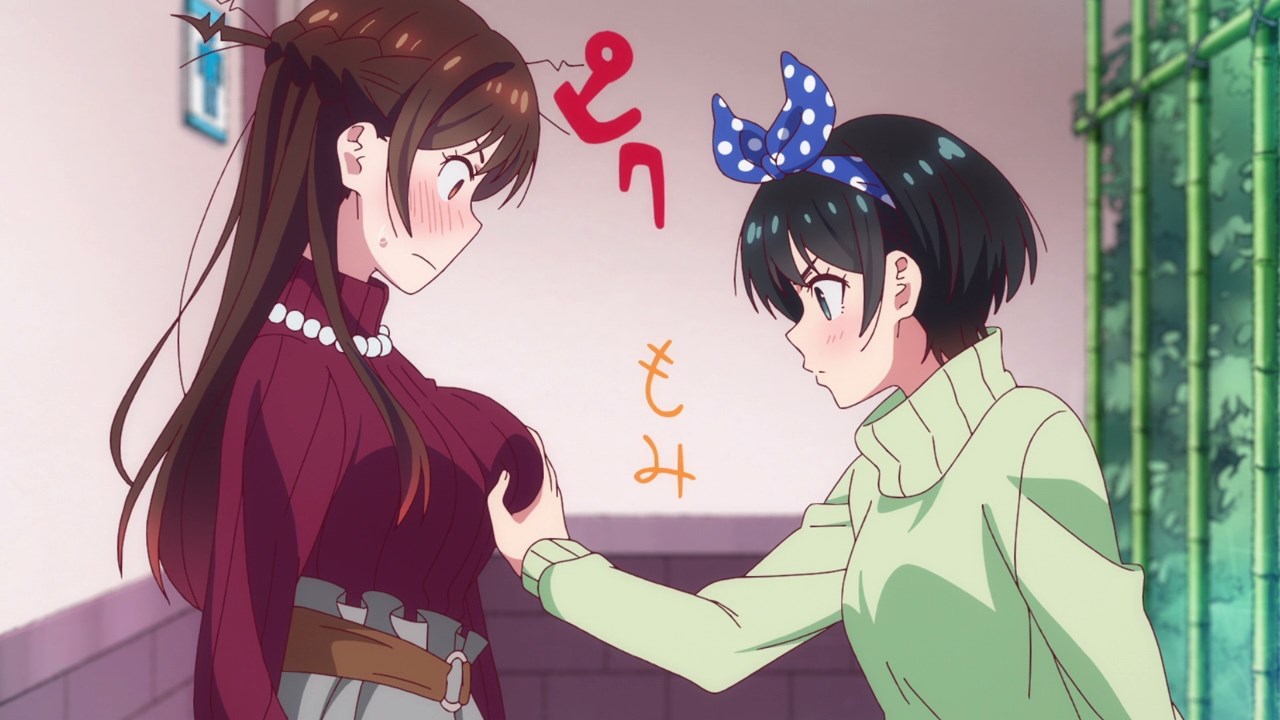 Meanwhile, here’s Ruka Sarashina where she’s really angry that Chizuru Mizuhara showed up, although Chizuru is asking Ruka on how she managed to find Kazuya during his family visit.

Turns out that Sarashina looked at his cellphone and decided to find him on that day. But seriously though, Ruka Sarashina’s actions is way worse than a stalker! Also, Ruka groped Chizuru’s tits that she’s envious towards it. 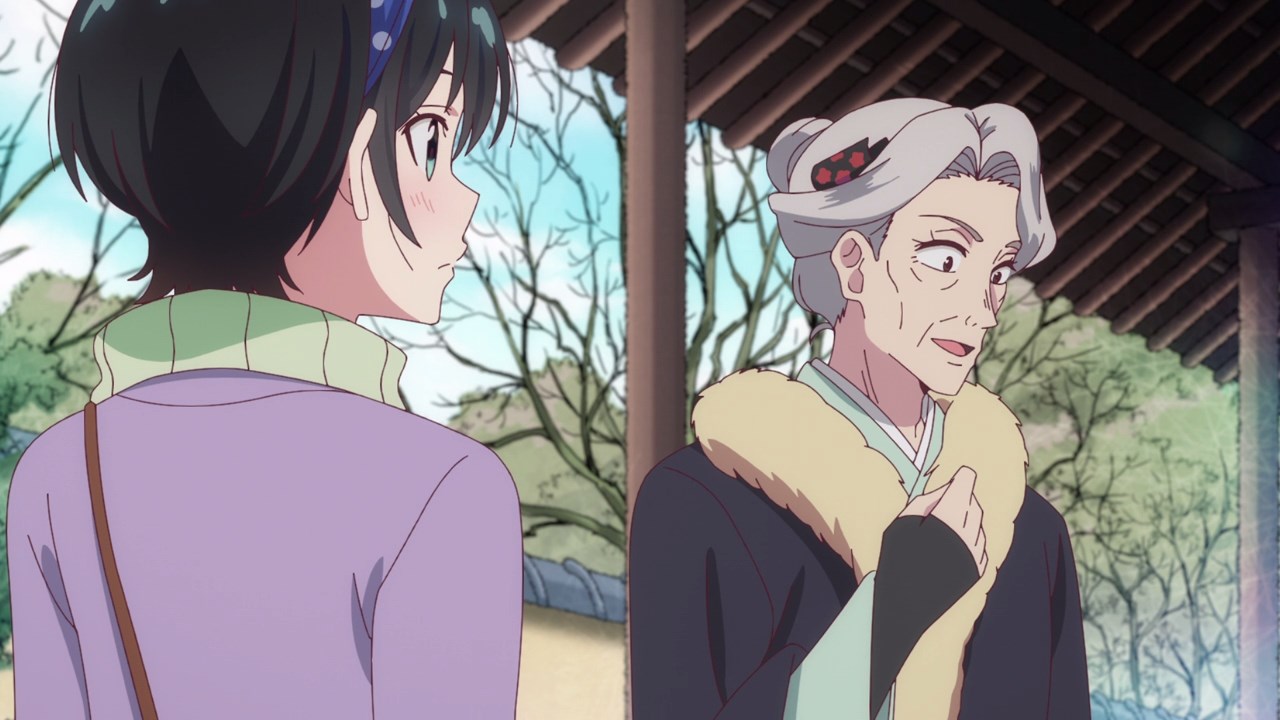 After arguing with Mizuhara, Ruka Sarashina went to talk to Nagomi Kinoshita. And here’s something interesting from Kazuya’s grandmother as she’s really curious towards Chizuru, from what she thinks about life and Kazuya to her hobbies.

Unfortunately for Nagomi-san, little did she know is that Chizuru is an aspiring actress where she took the job as a rental girlfriend to pay her tuition fee. 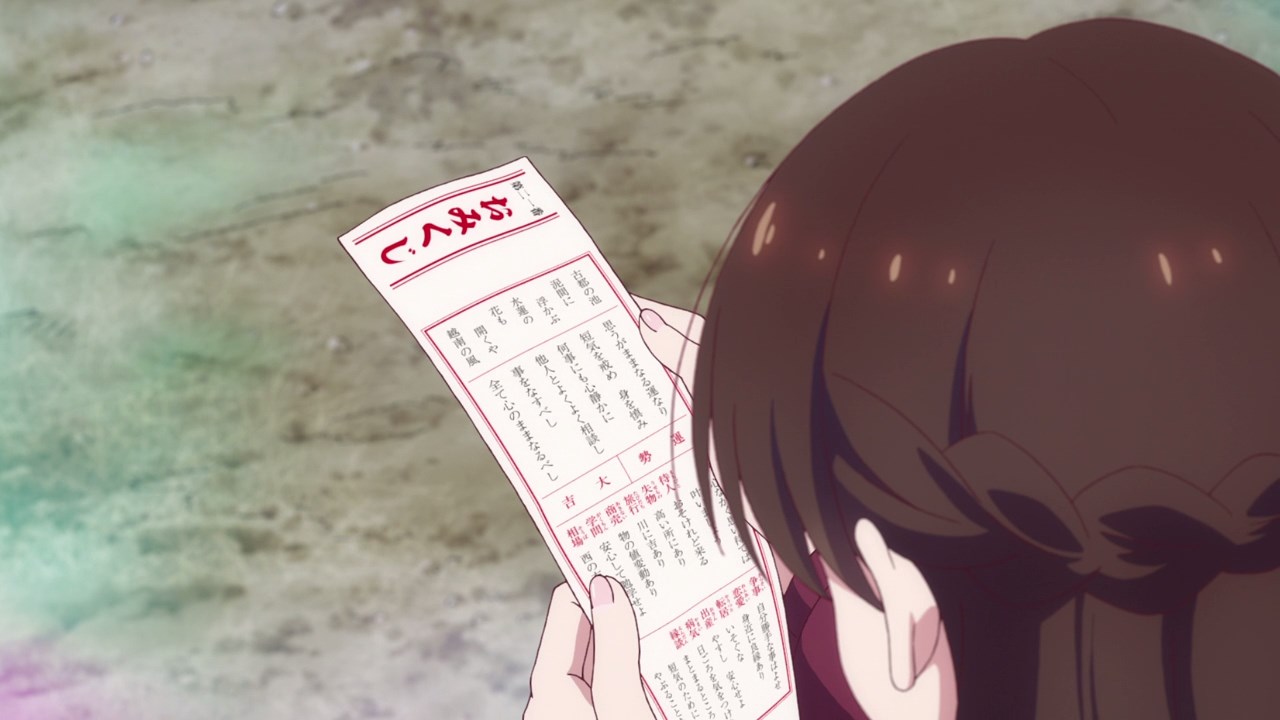 Speaking of Mizuhara, looks like she got a decent luck for this new year. Let’s hope that her life won’t have any hiccups, especially her secret job as a rental girlfriend. 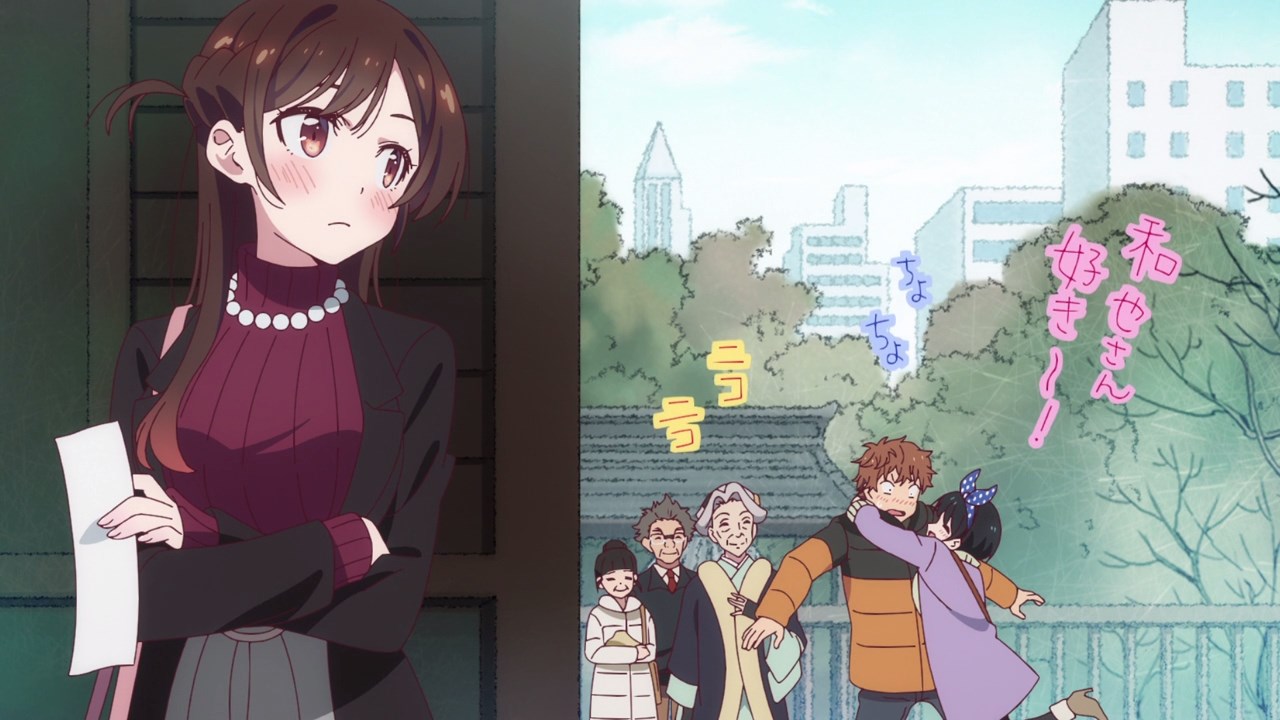 But that’s the end of Episode 9 and while Kazuya Kinoshita continues to be a simp to Chizuru Mizuhara now that he has a part-time job, I really wish that he would stop the charade before it gets out of proportion.

Ugh, how many episodes left before Kanojo, Okarishimasu is over?