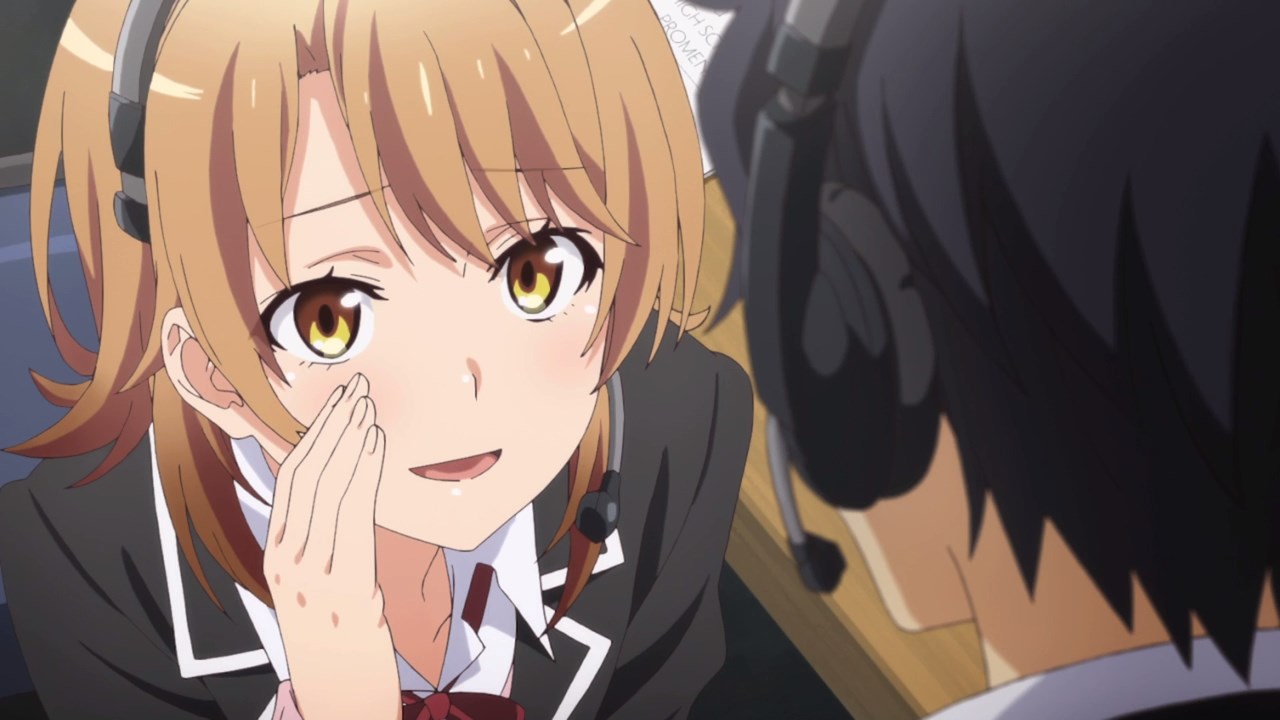 Oh look, it’s Iroha Isshiki as she thanked Hachiman Hikigaya for making the prom night a reality. Also, she’s looking forward to collaborate with the Service Club in the future.

Sadly, Hikky told Iroha that the Service Club will disband after the event, which is sad because they did amazing things over a span of a single school year. 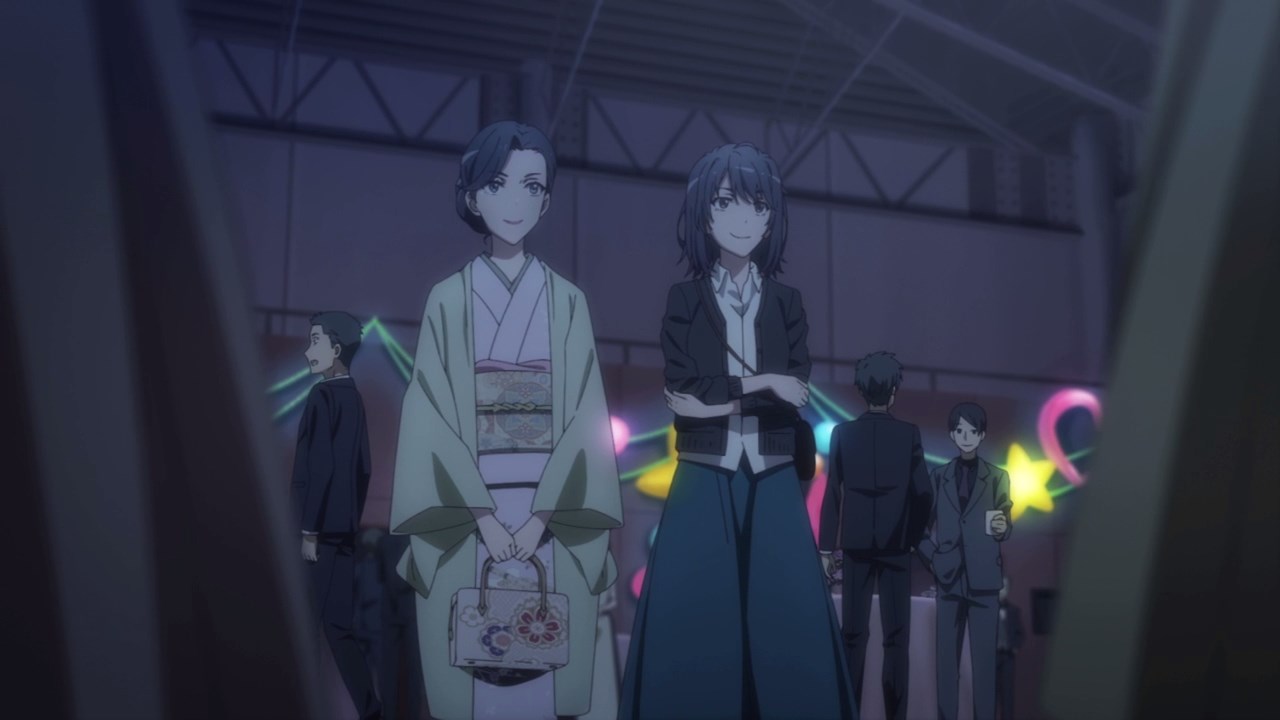 Anyways, it’s time for the promenade to begin as the Yukinoshita family is here as guests of honor.

I have to say that having to tell Yukino’s mother to convince her fellow PTA members to let the students hold a prom night is the most difficult one. But hey, Hachiman managed to do so. 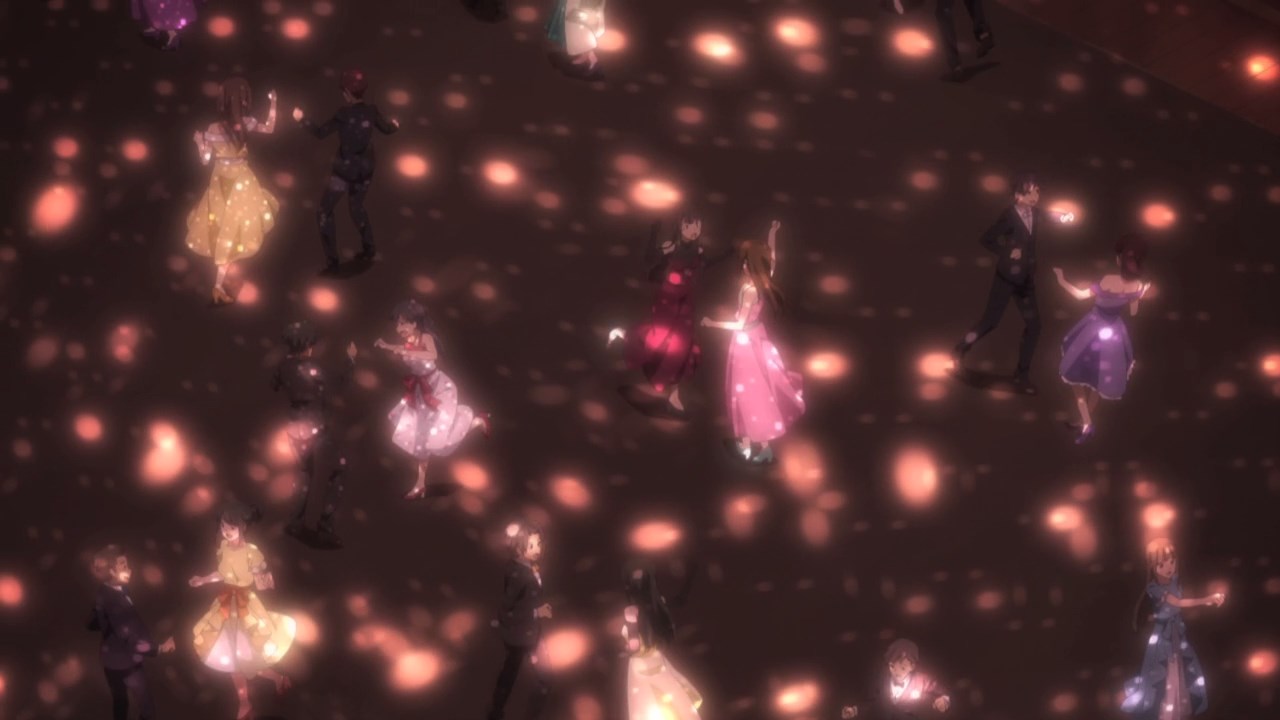 With that said, let’s enjoy the prom night as students from Soubu High School are dancing. For the graduated students, this is their last dance at their alma mater. 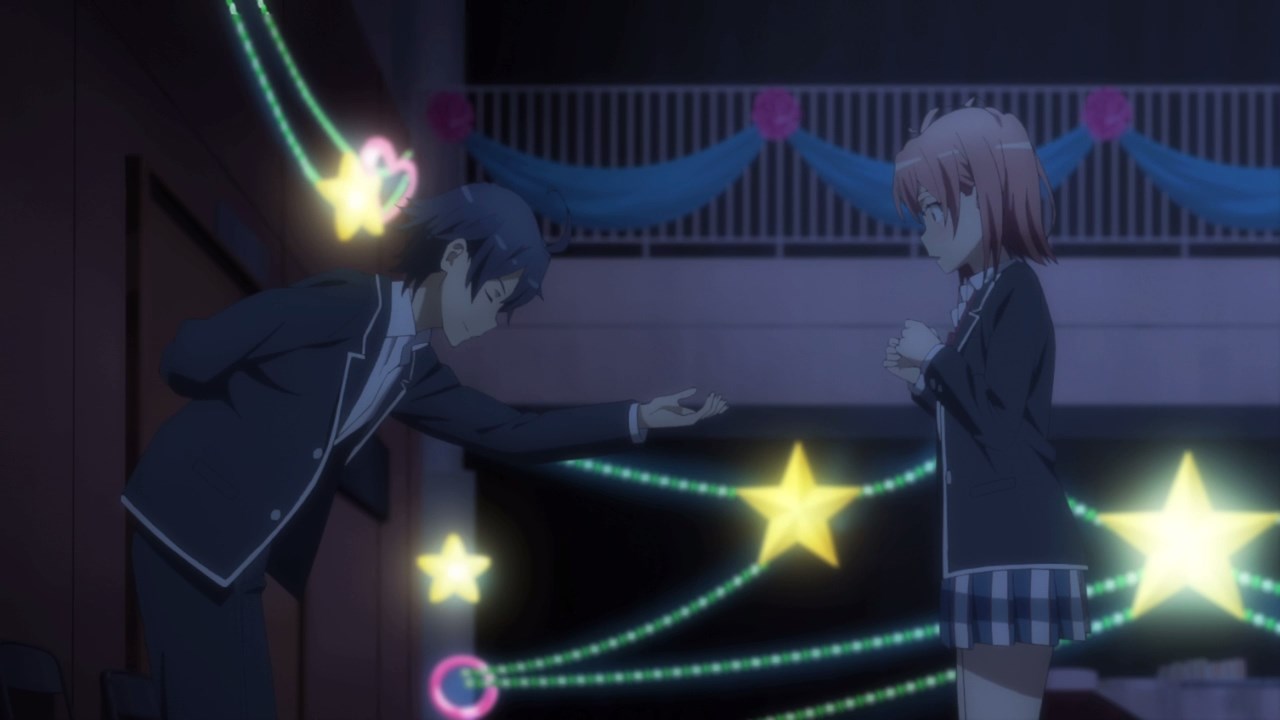 Of course, we can’t have Hikigaya and Yuigahama doing everything to make this even a success as they need to enjoy themselves. Heck, Hachiman is inviting Yui for a dance. 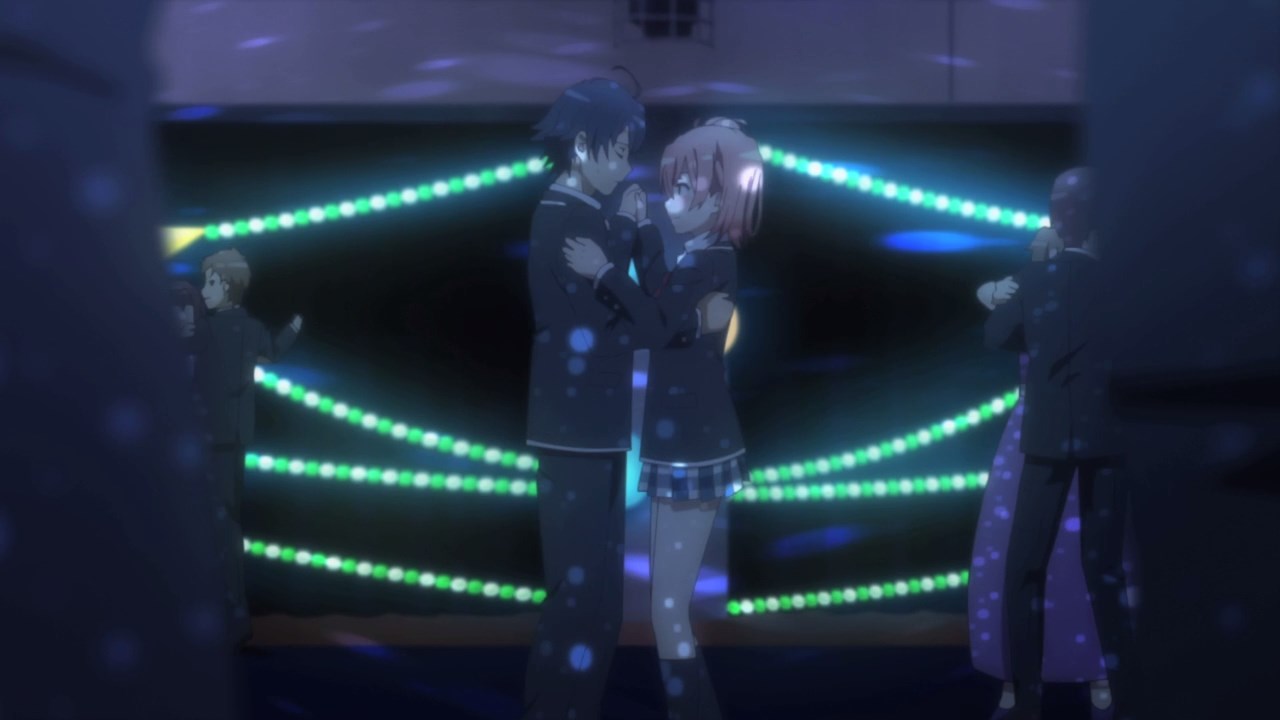 But yes, Hachiman and Yui are having a great time at the prom night. Then again, it would be nice if they’re wearing formal clothes for this occasion. 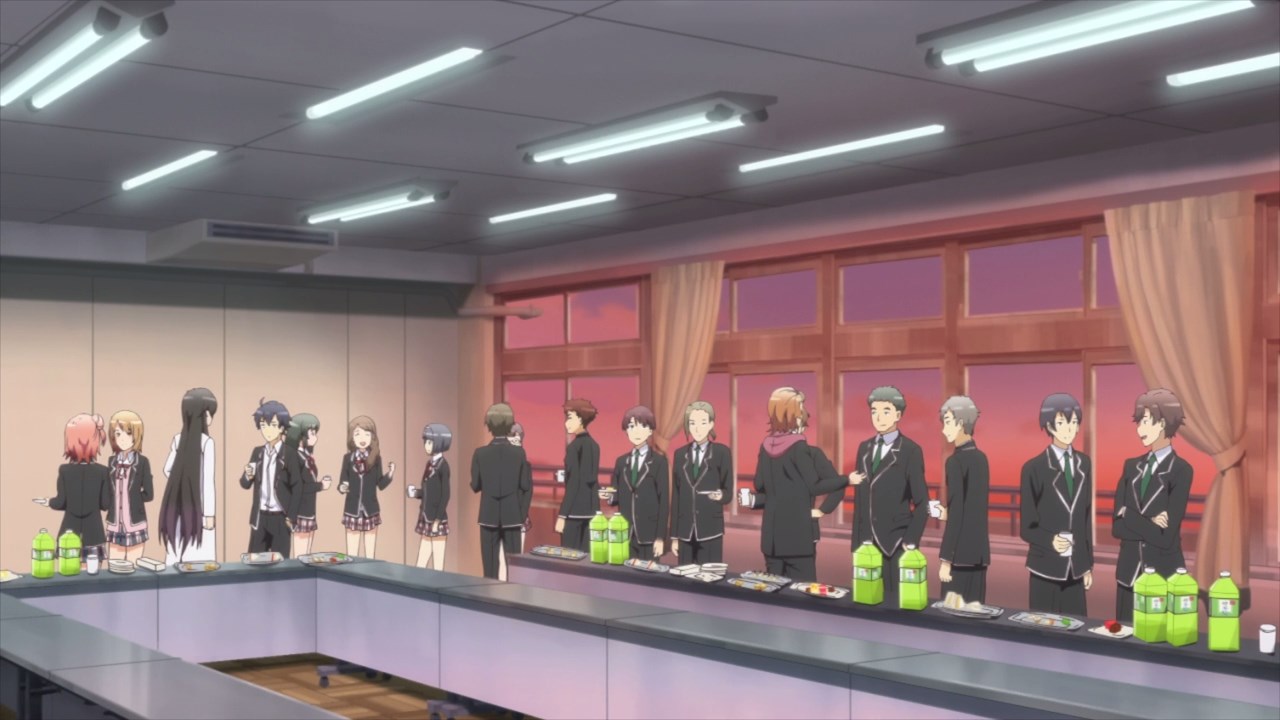 And now, it’s time for the after-party as the team pat themselves in the back for doing a stunning job on holding an event. 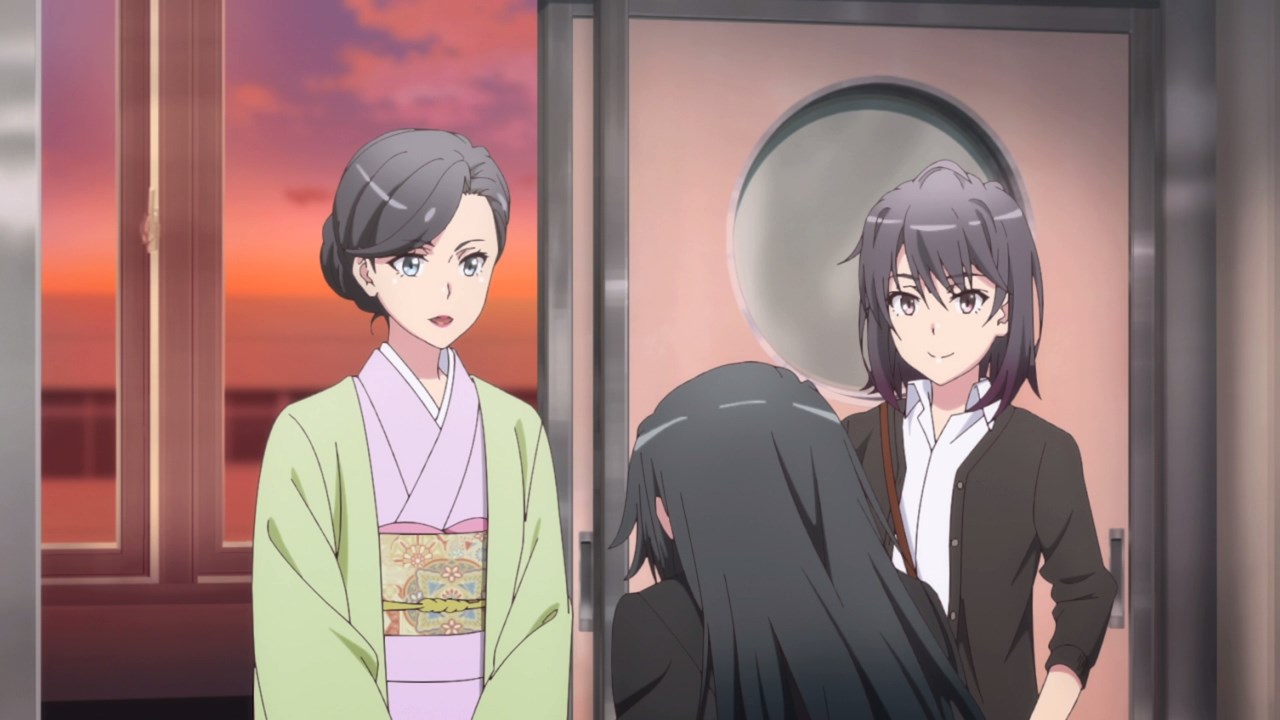 Oh yeah, here’s Yukino’s mother as she congratulates her daughter for holding the event without any hitches.

While Mrs. Yukinoshita gave her daughter some high remarks, I still doubt that she’ll let Yukino do as she pleases in which we don’t know what her future is. 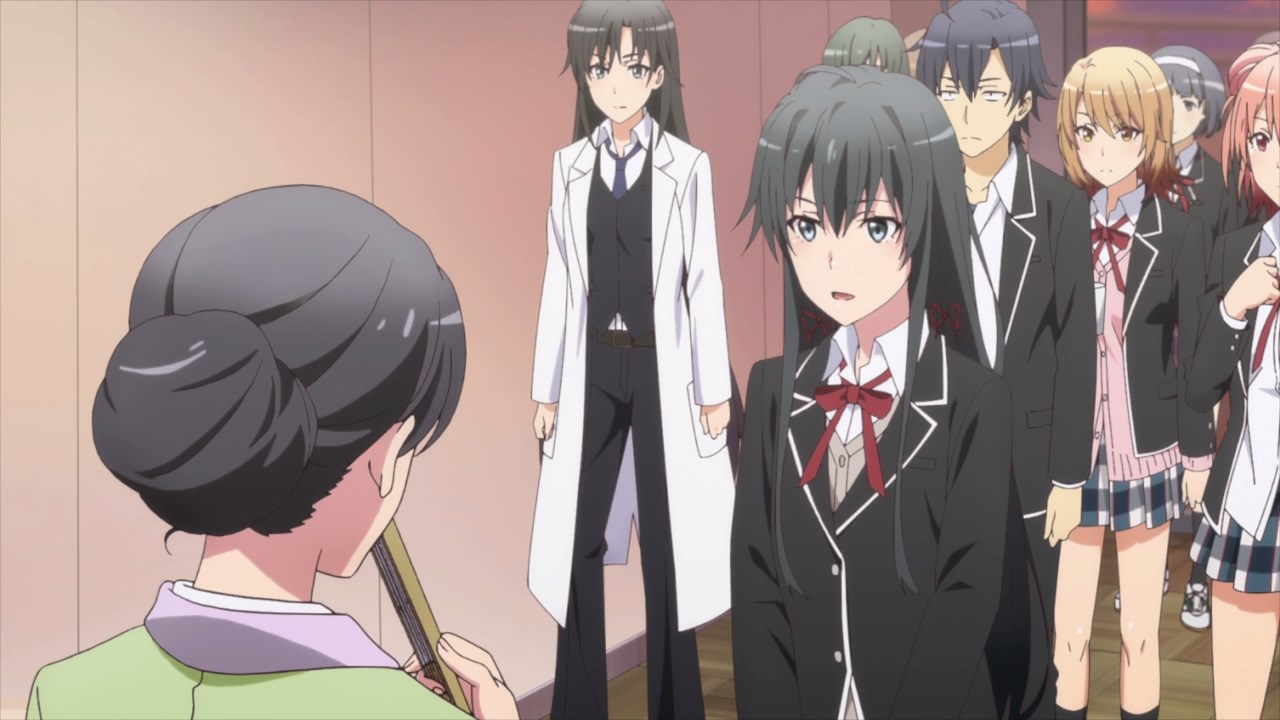 Well, Yukino told her mother that she’ll pursue her father’s career, which that’s the only thing she wished for.

Of course, that raises the question on what Yukino’s father’s profession is, and if the entire family is hesitant on letting Yukino take it as her future career. 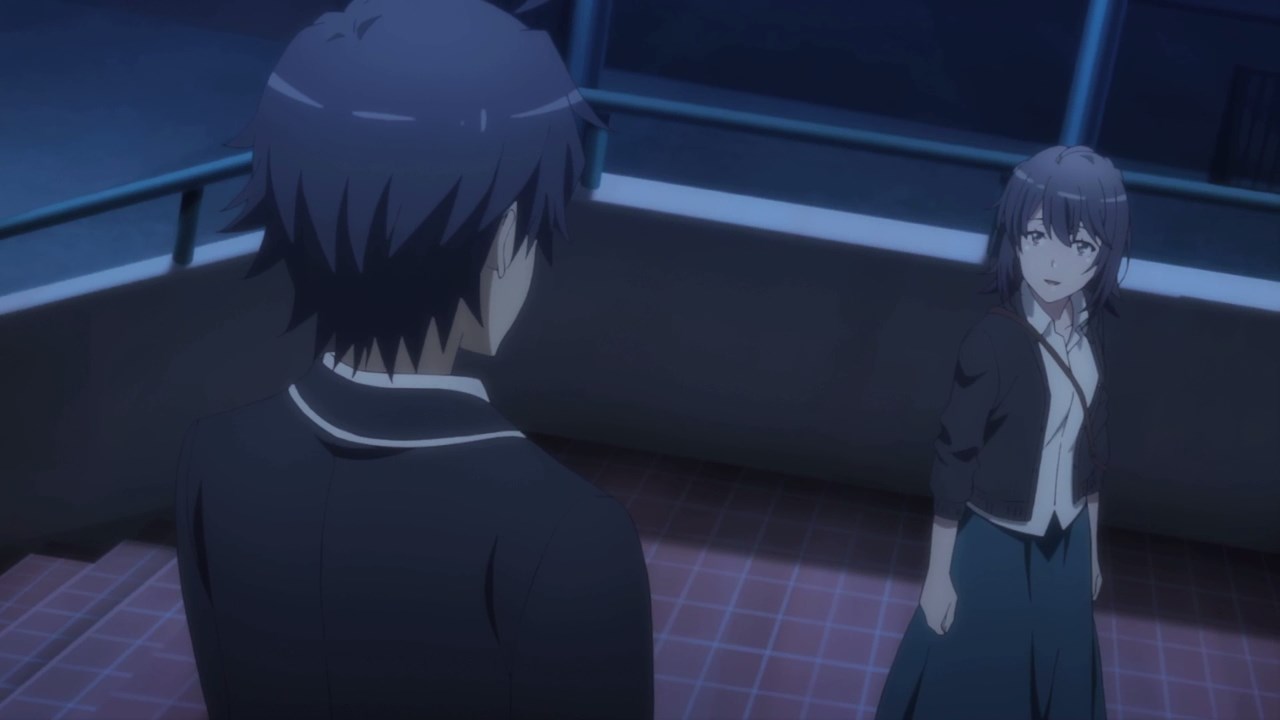 Furthermore, there’s Haruno Yukinoshita where she still has some doubts regarding Yukino’s capability in pursuing her father’s profession. In fact, she wants Yukinon to grow a bigger spine without relying on her friends.

Come to think of it, was Haruno trying to set Yukino’s future where she won’t feel any regret? But you know something, I think that Haruno’s life is nothing but broken dreams and lies, which is why she wants to see something genuine. 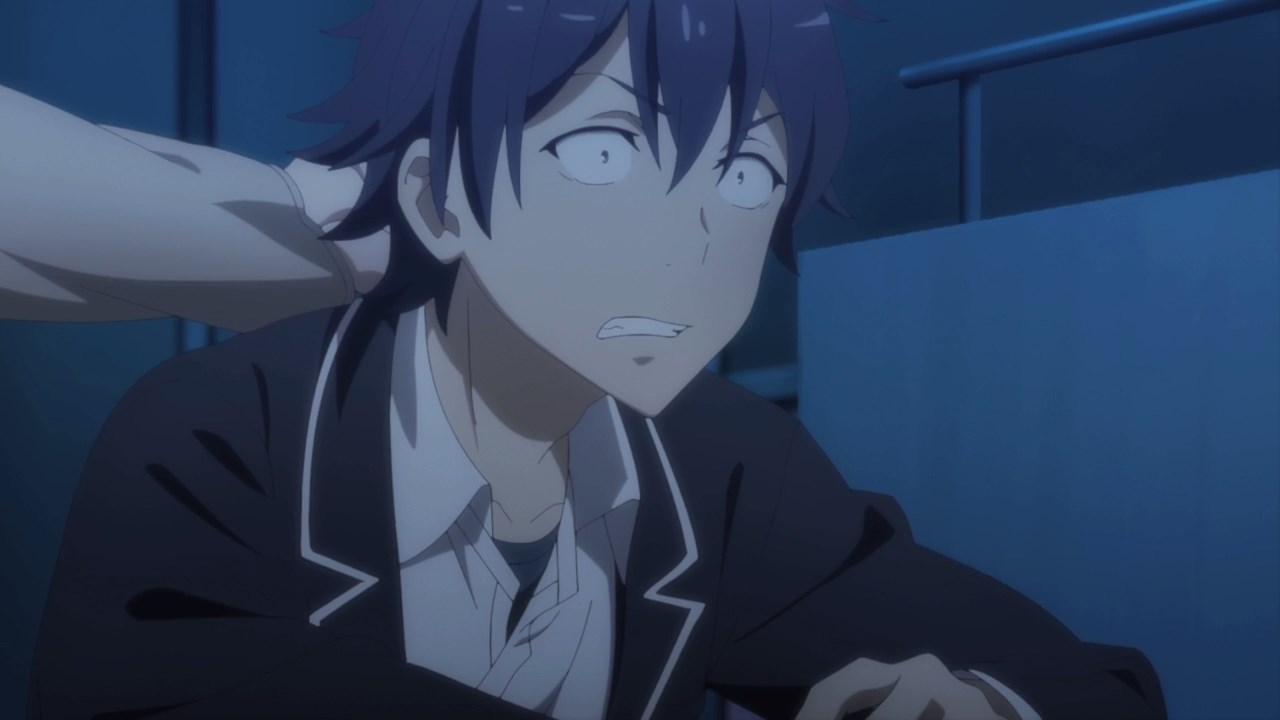 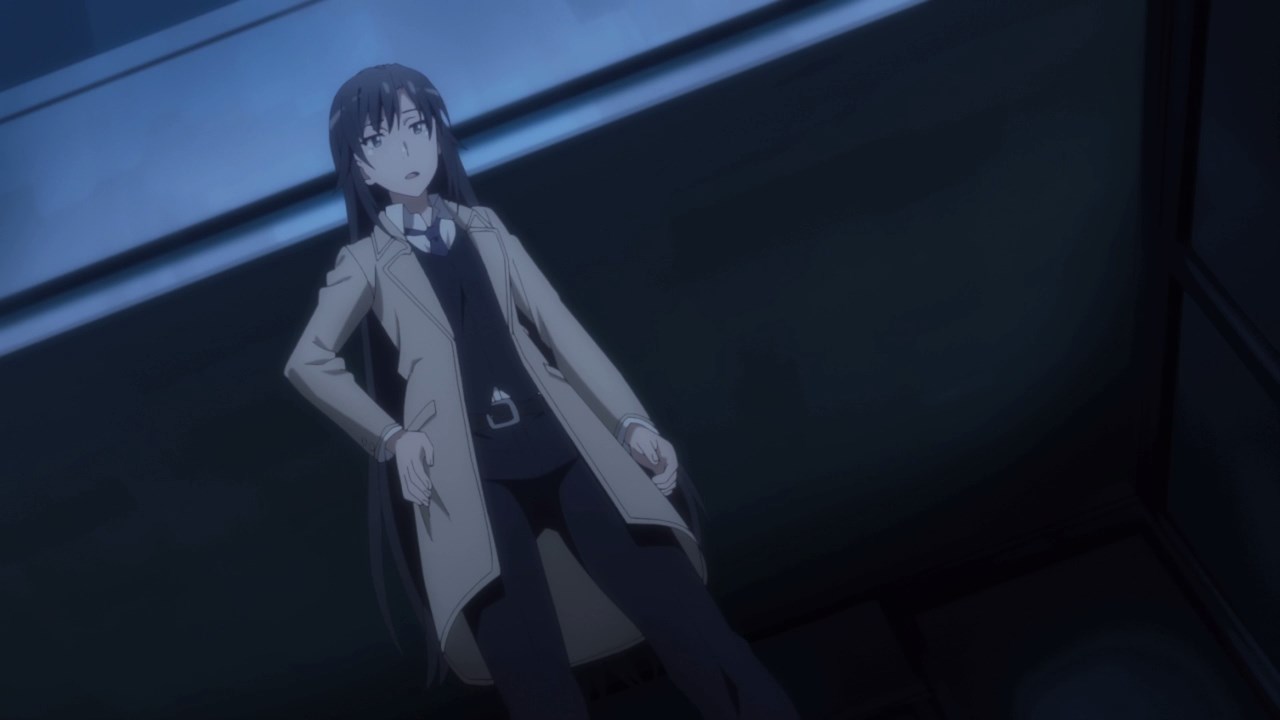 For now, it’s time to go home as Hachiman Hikigaya will take Shizuka Hiratsuka’s car ride since it’s getting late and riding home on a bike is dangerous. Thanks Hiratsuka-sensei! 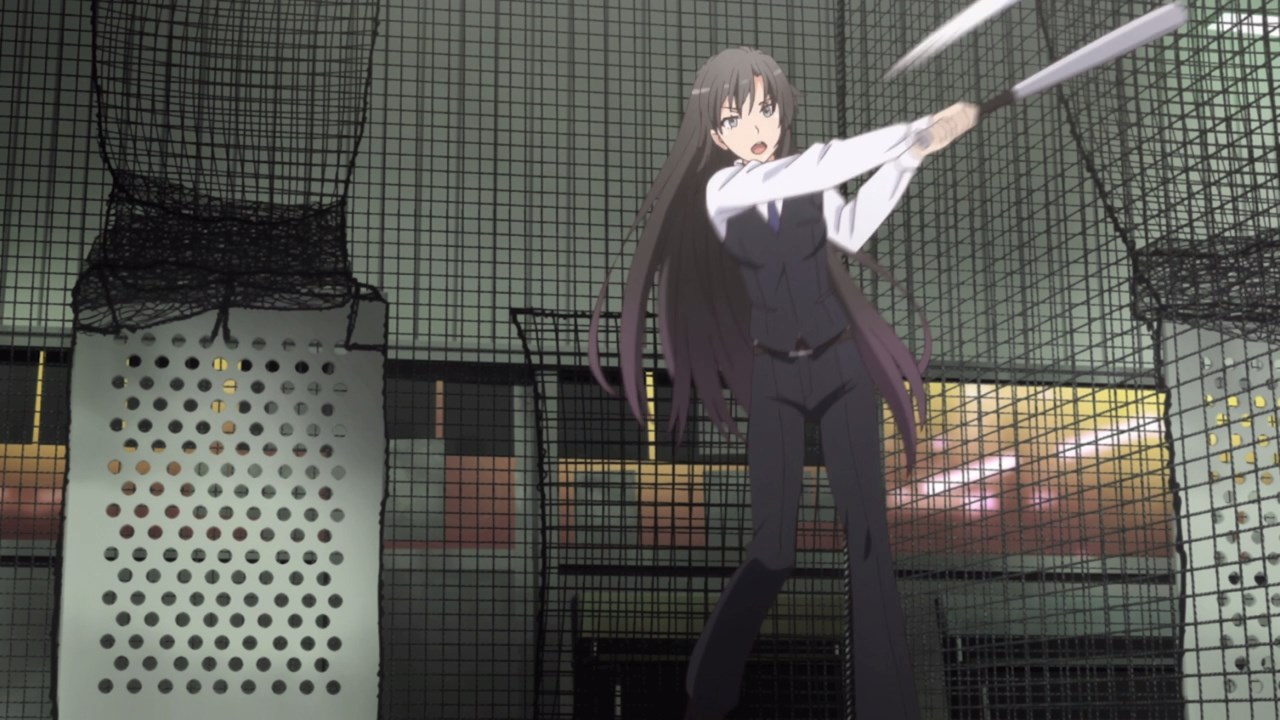 But first, Shizuka Hiratsuka took Hachiman to a batting center in order to relieve some stress. After all, teaching teenagers is very taxing, although I’m gonna miss Hiratsuka-sensei since she’ll be leaving Soubu High School soon. 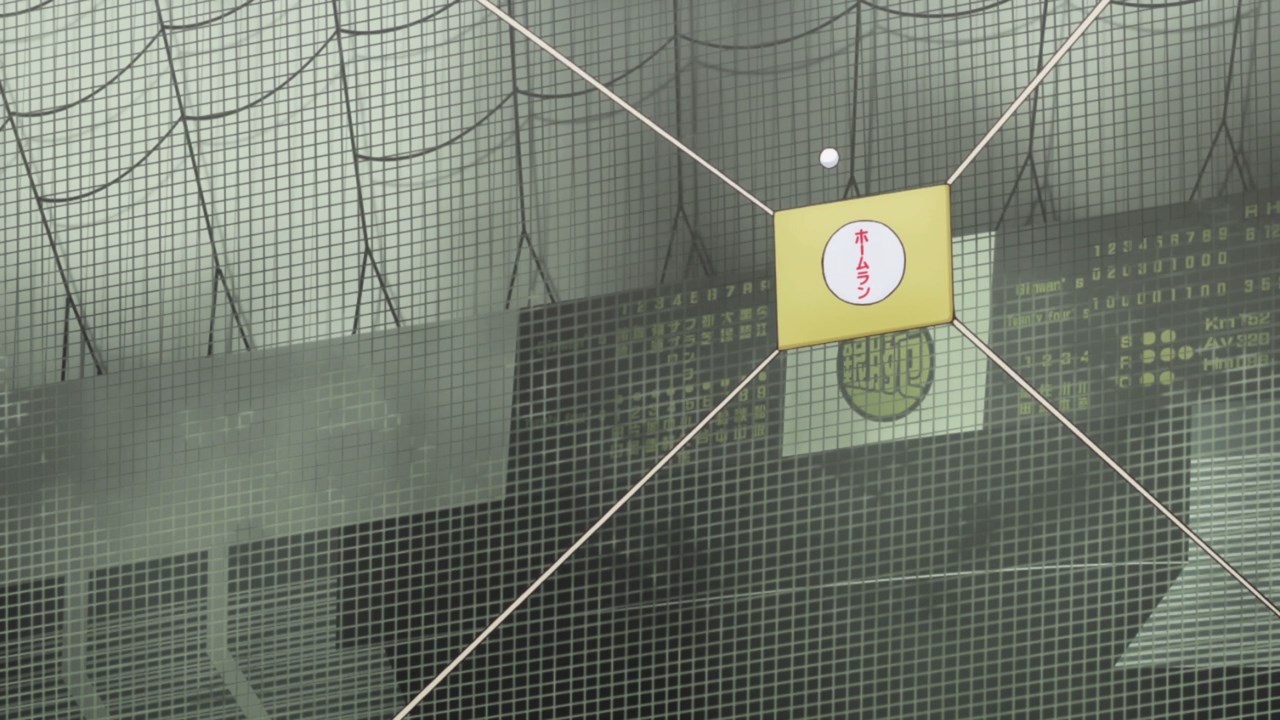 On the other hand, looks like she scored a homerun. Come to think of it, I wonder why Hiratsuka decided to become a teacher instead of a baseball player? 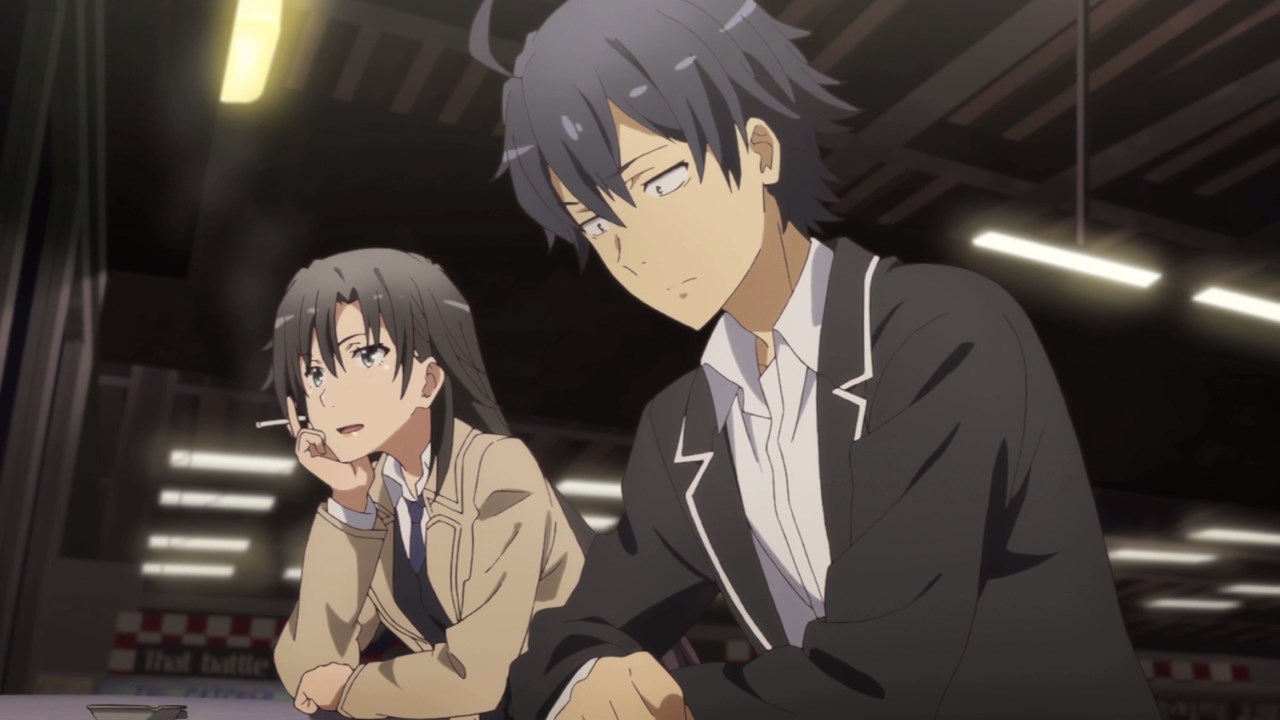 Anyways, gotta say that it’s getting more complicated as we’re reaching the ending. With the Service Club ending soon, the future of the trio is still uncertain.

I’m hoping that the penultimate episode will have some answers, especially Hachiman Hikigaya where he was supposed to say something to both Yui Yuigahama and Yukino Yukinoshita, but he didn’t have to courage to tell them.