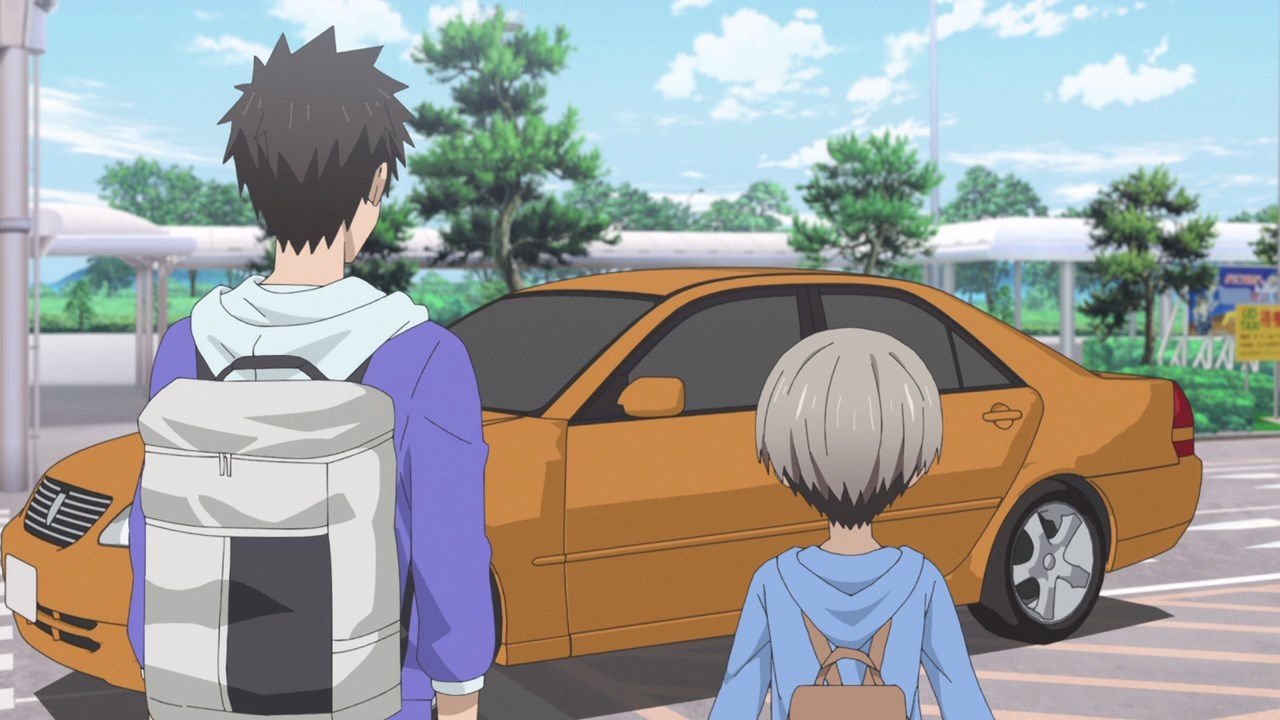 On this episode, Shinichi Sakurai and Hana Uzaki will spend their vacation in Tottori Prefecture. However, they encountered this orange car where I suspect that there are criminals inside, preparing to kidnap them at any minute.

Oh please, I don’t want that to happen ’cause Uzaki-chan wants to have fun with Sakurai-sempai no matter what! 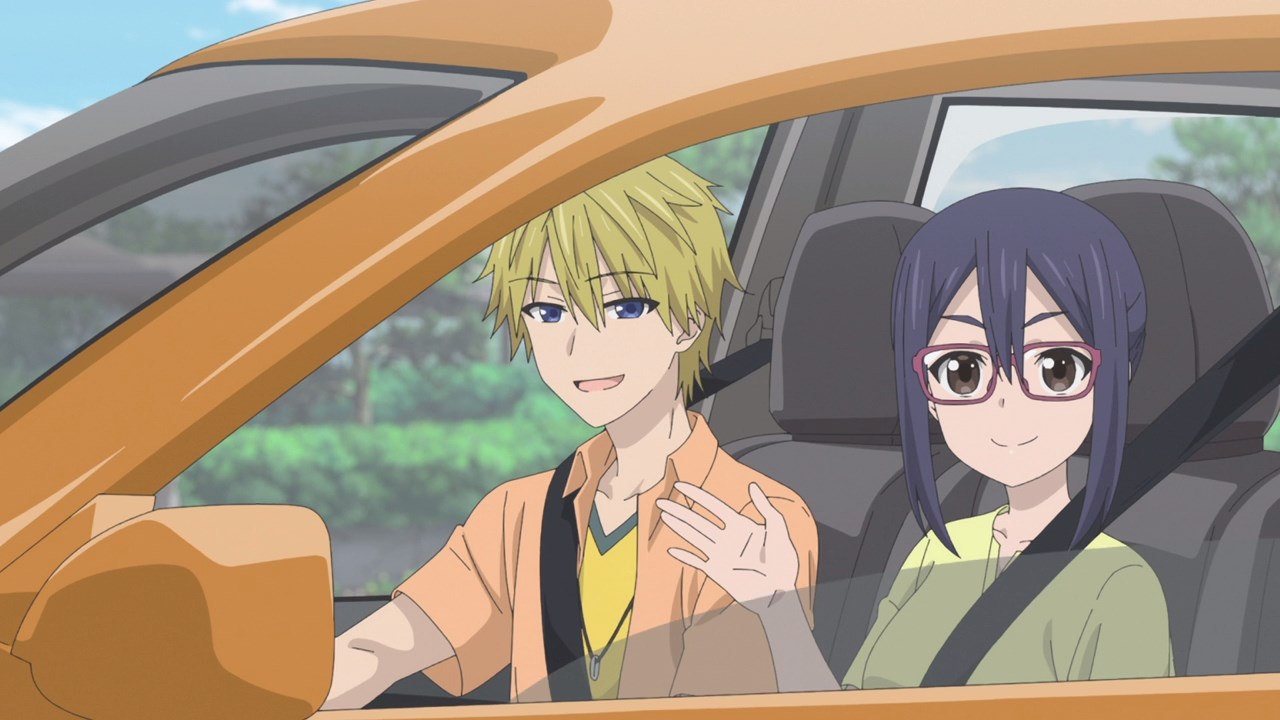 But then, the power window goes down which it reveals both Itsuhito Sakaki and Ami Asai.

Oh boy, I think I’ll take back what I’ve said earlier ’cause both Sakaki and Asai are still dangerous. 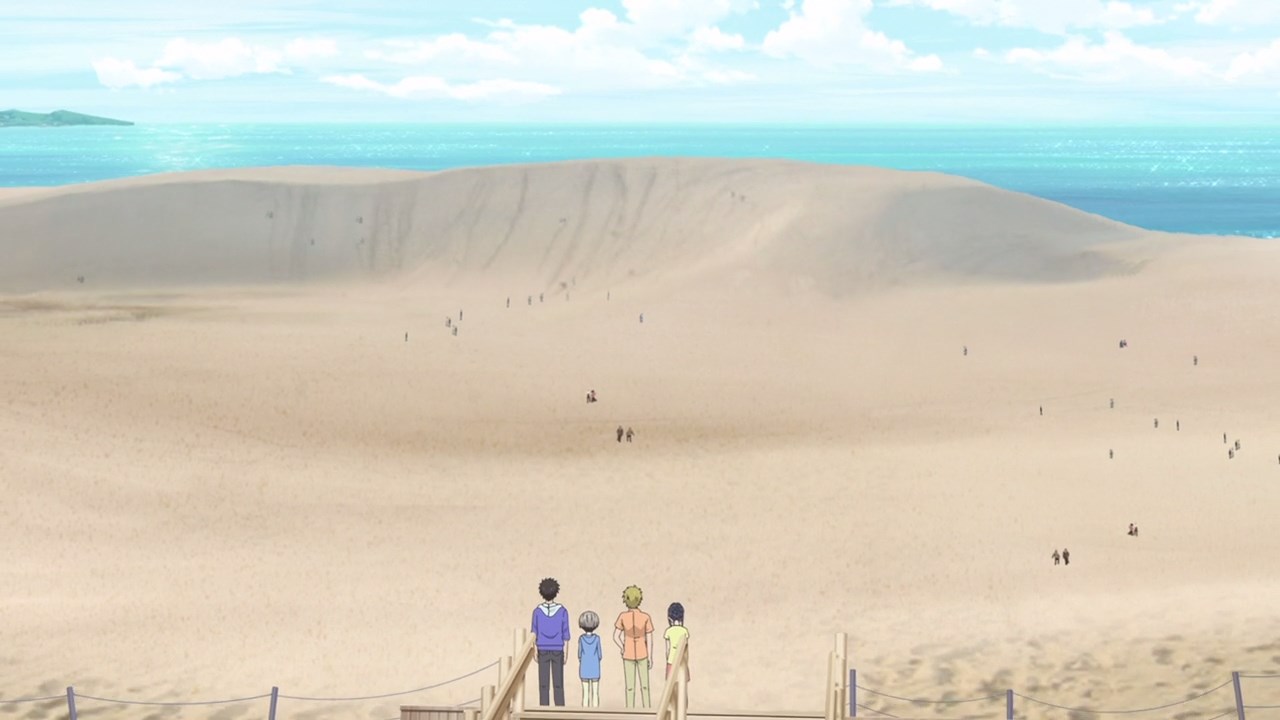 Anyways, let’s begin with their vacation in Tottori Prefecture starting with the famous sand dunes where it said to be one of the largest in Japan.

Gotta say that this place is massive that you can see sand everywhere! 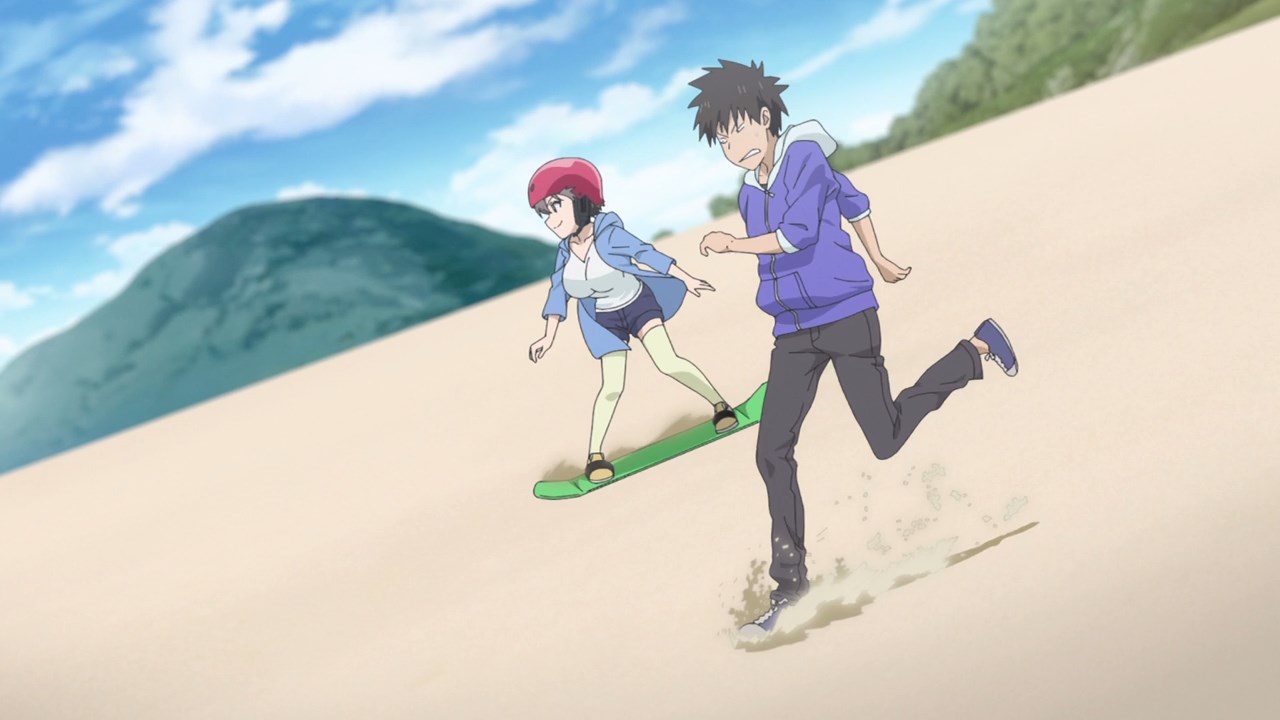 Of course, Uzaki-chan and Sakurai will be racing towards the end, although Hana got the advantage as she’s riding downhill with a sandboard. 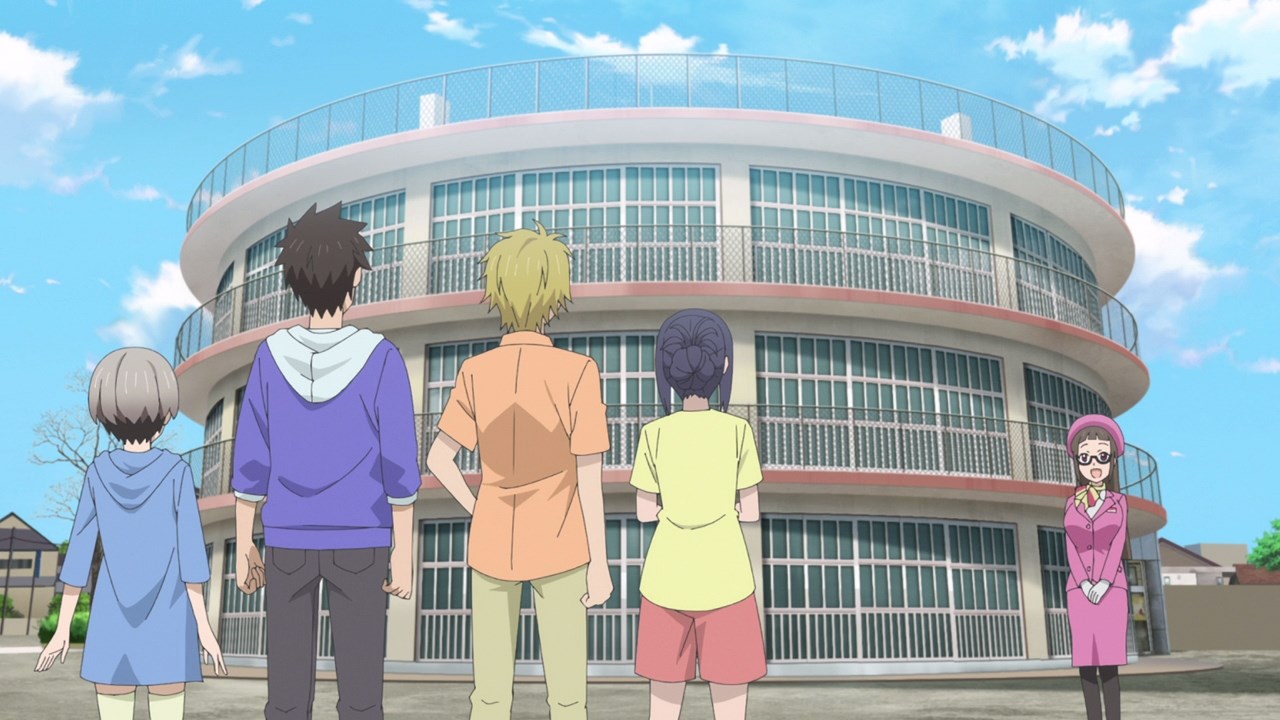 Next up is this circular building where the tourist guide says that it was once an elementary school before it was converted into a museum. And you wanna know what kind of items does it store there? 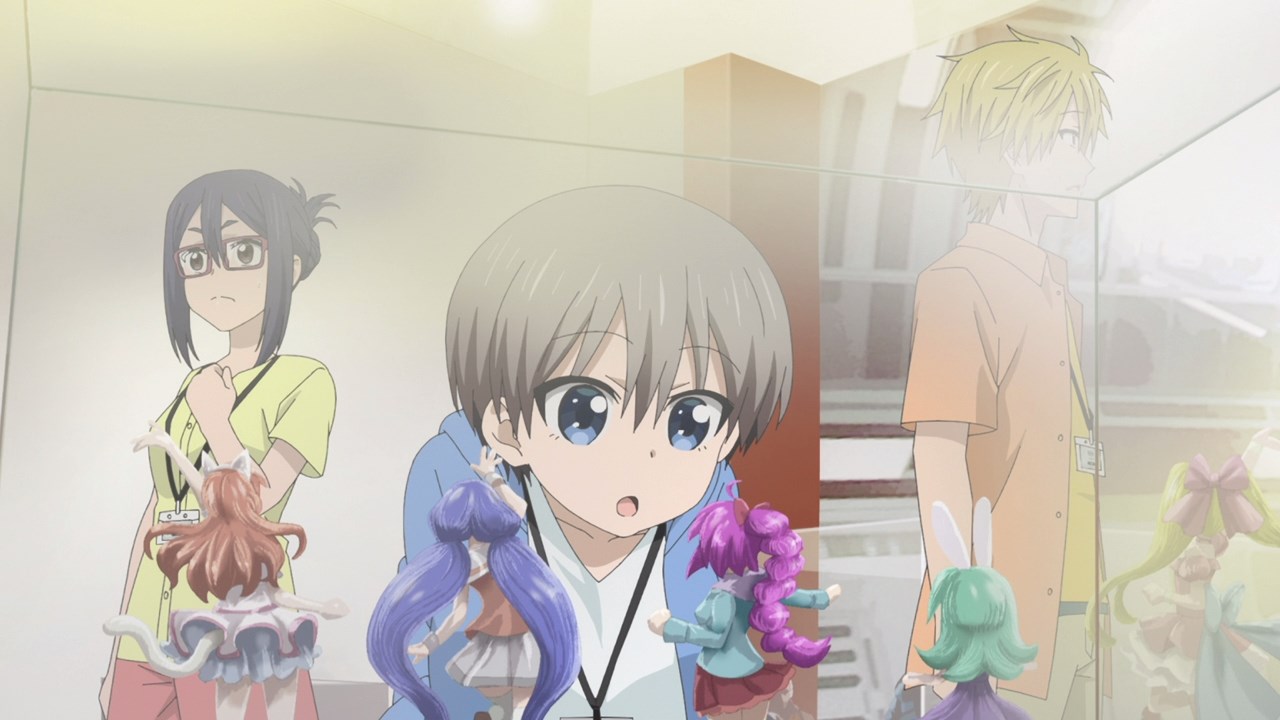 Well, this museum houses various anime figures as it turns out that Tottori is home to various manga artists, the most famous of one will be Shigeru Mizuki from Gegege no Kitaro fame.

Unfortunately, this museum doesn’t show figures from both Gegege no Kitaro nor Detective Conan, which is weird ’cause this prefecture has various attractions dedicated to those two manga series. 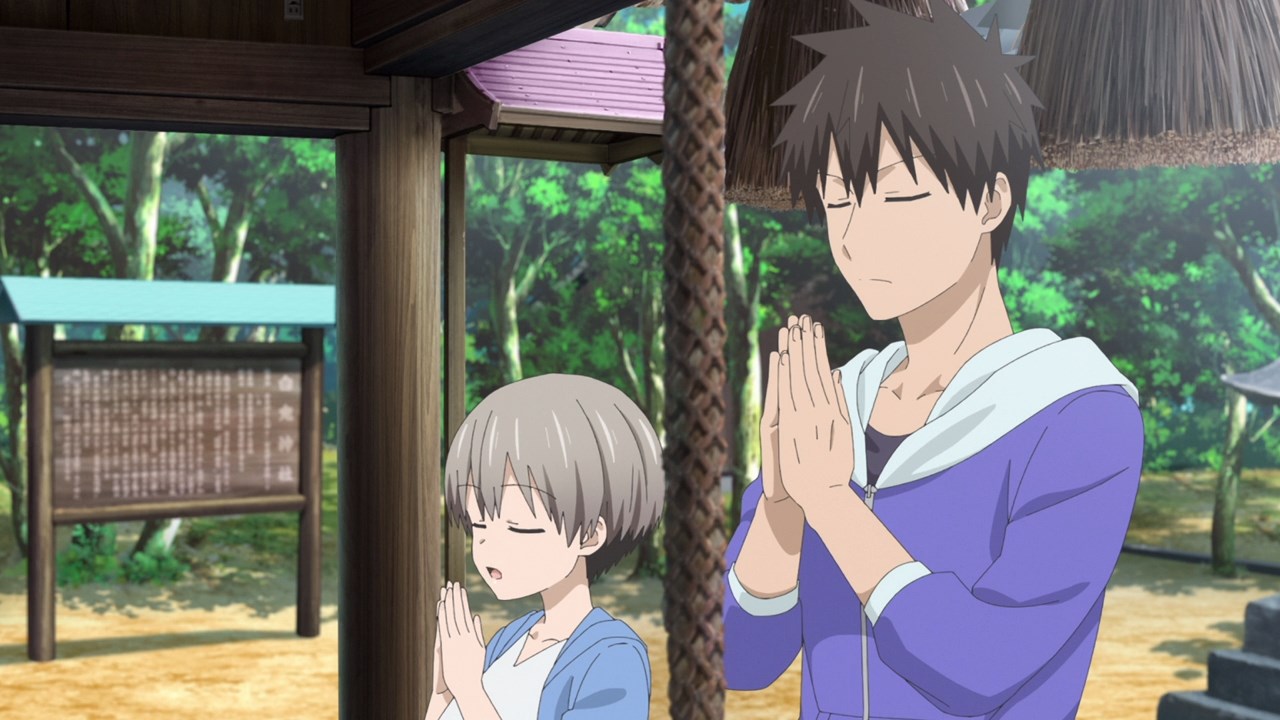 After visiting the figure museum, it’s time for Uzaki-chan and Sakurai to pay their respects to the deities and get their fortune in Hakuto Shrine. 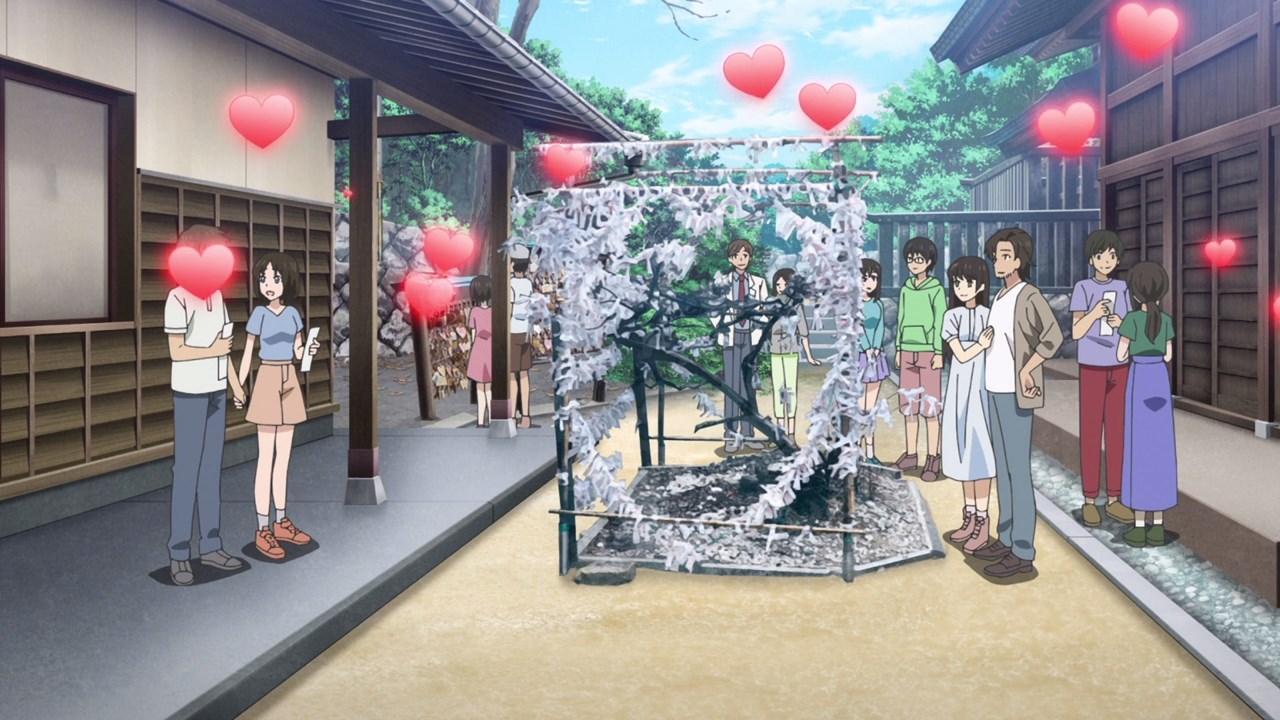 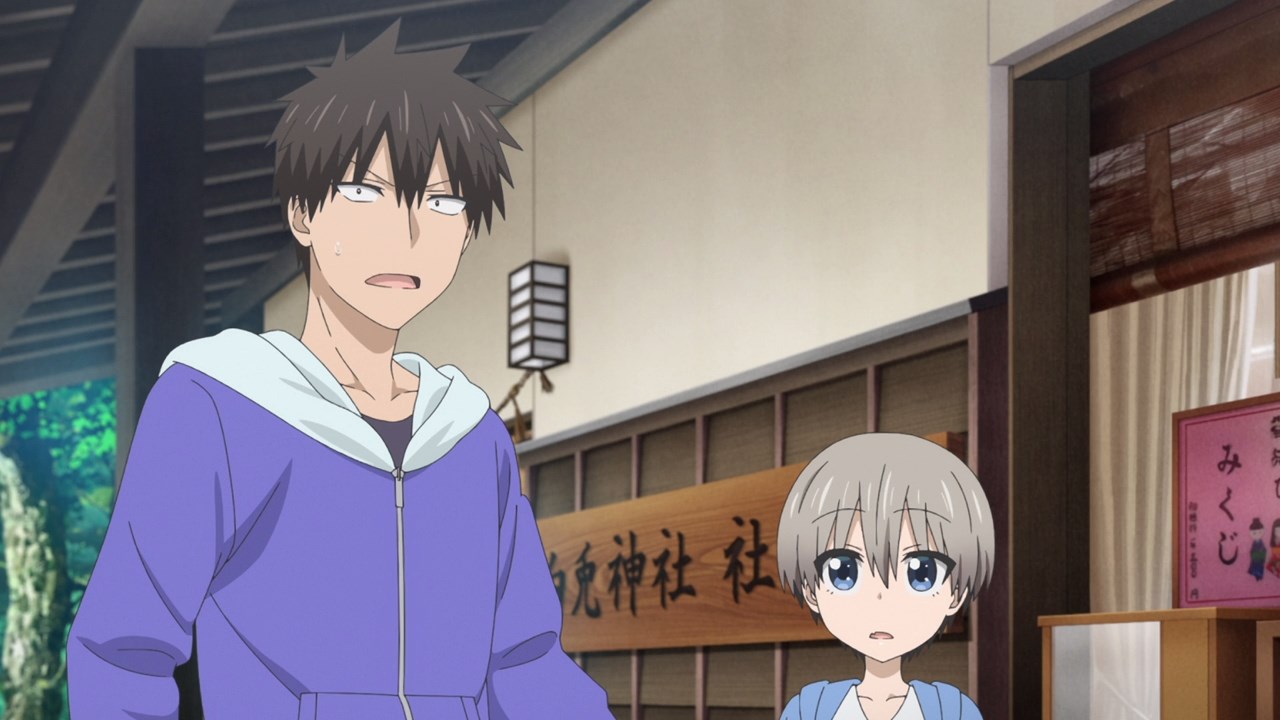 Turns out that Hakuto Shrine is a place for couples to pray to the gods for a successful love life, something that these two are shocked to learn the harsh truth about this place or should I say the entire prefecture. 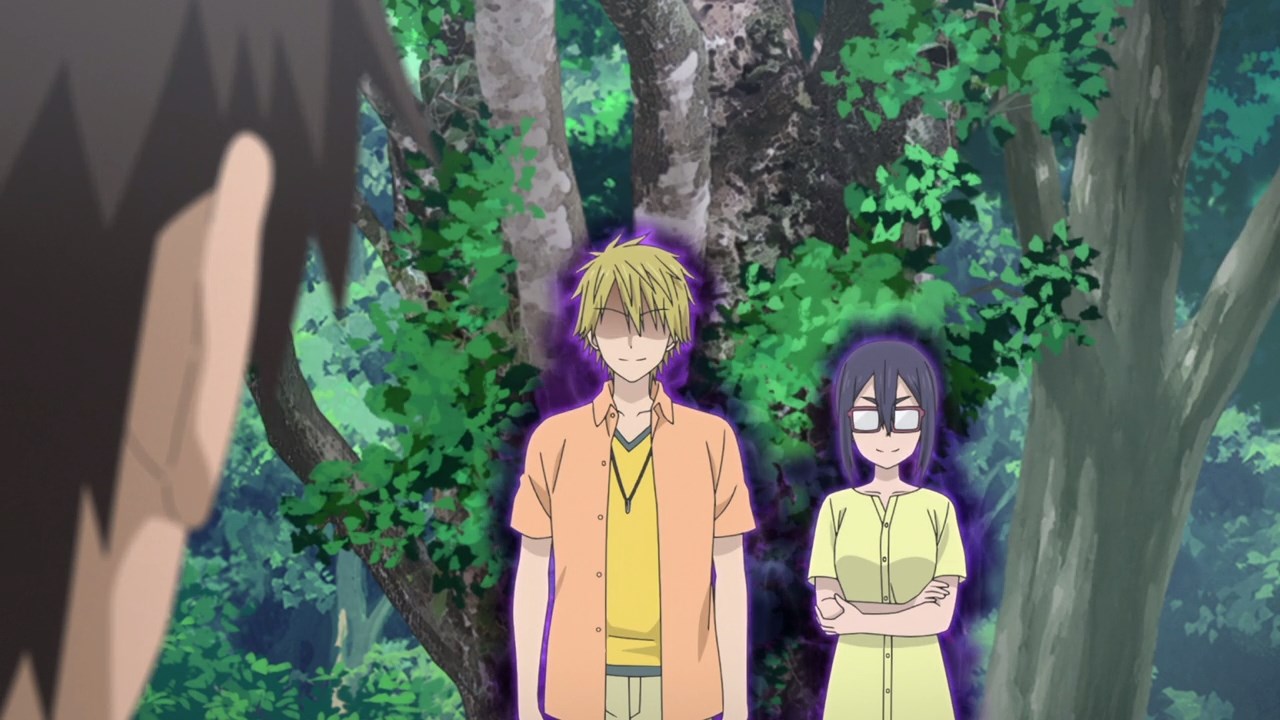 Oh and here’s the thing though as Itsuhito Sakaki and Ami Asai planned it all along where they really want Shinichi Sakurai and Hana Uzaki to become a couple during their vacation.

Of course, Sakurai and Uzaki-chan are too awkward to become a couple overnight. I mean, Shinichi found Hana to be very annoying.

Not to mention that Uzaki-chan has the biggest boobies on this show that it sucks that the Blu-ray version won’t feature any nudity.

But yes, it looks like both Shinichi Sakurai and Hana Uzaki are having a good time in Tottori Prefecture. 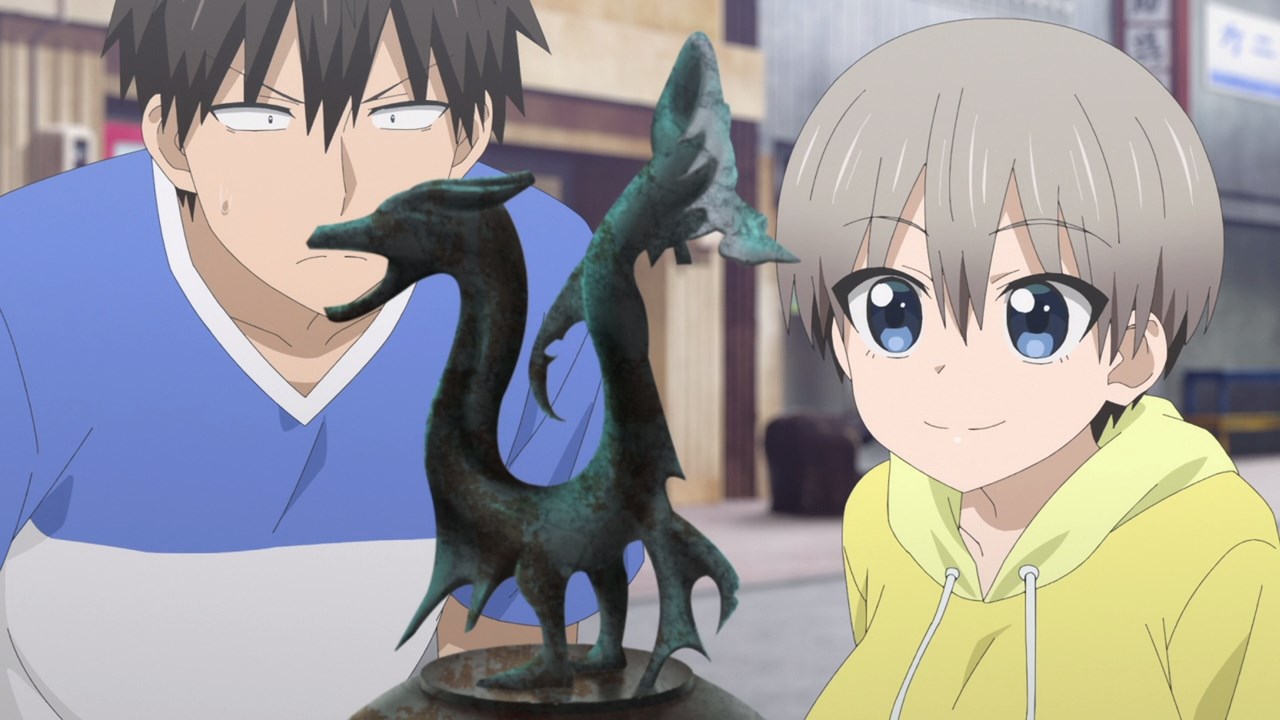 Of course, their vacation will continue on the next episode as they still have time to visit various places. Let’s hope that nothing bad will happen. 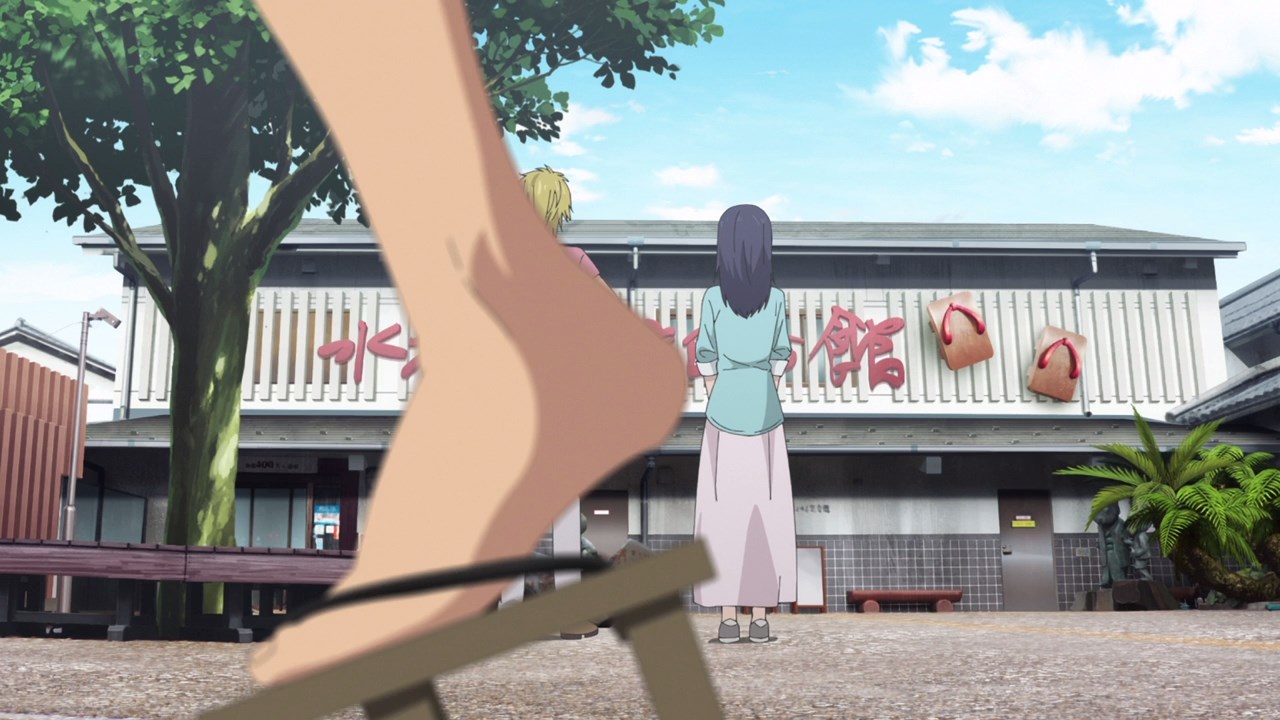 Actually, I feel that a certain youkai will make an appearance… or not. Well then, see you next time!