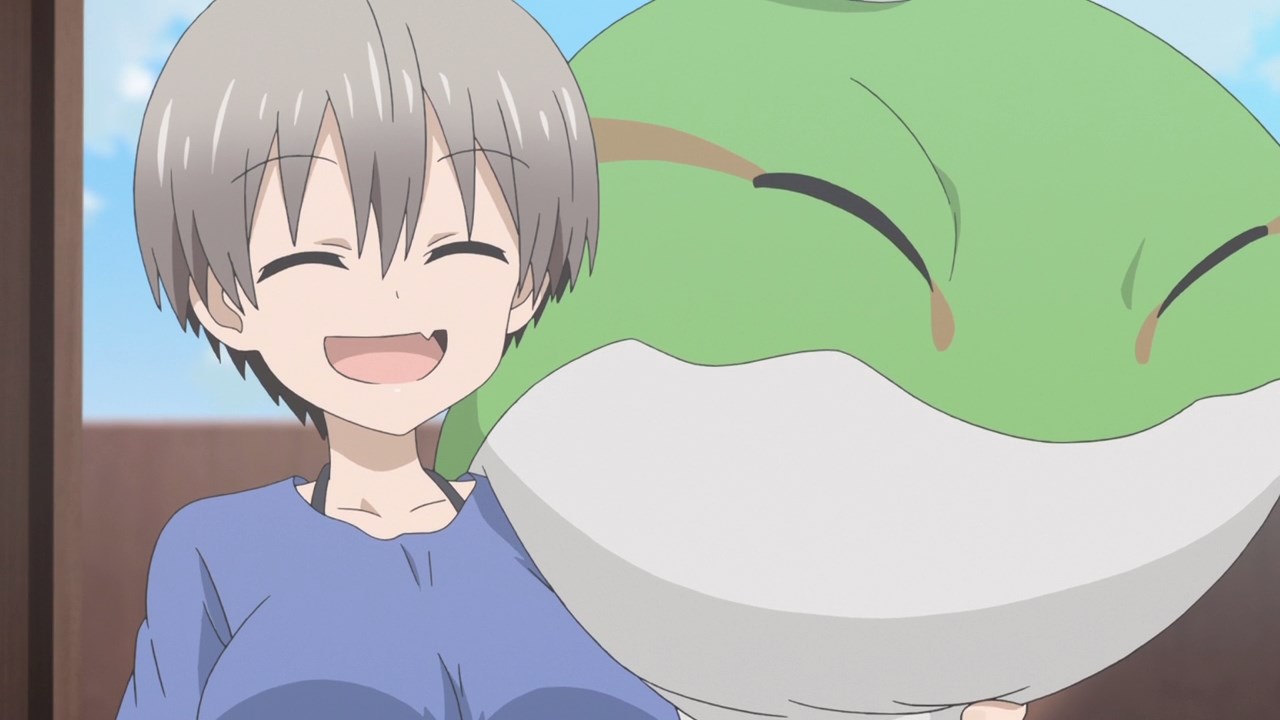 So, about what happened in the previous episode where I expect a certain youkai playing tricks on Hana Uzaki and her friends? Well forget about that ’cause their vacation at Tottori Prefecture went well without any incidents.

But now, Uzaki-chan went to Shinichi Sakurai’s apartment where she brought a frog beanbag. 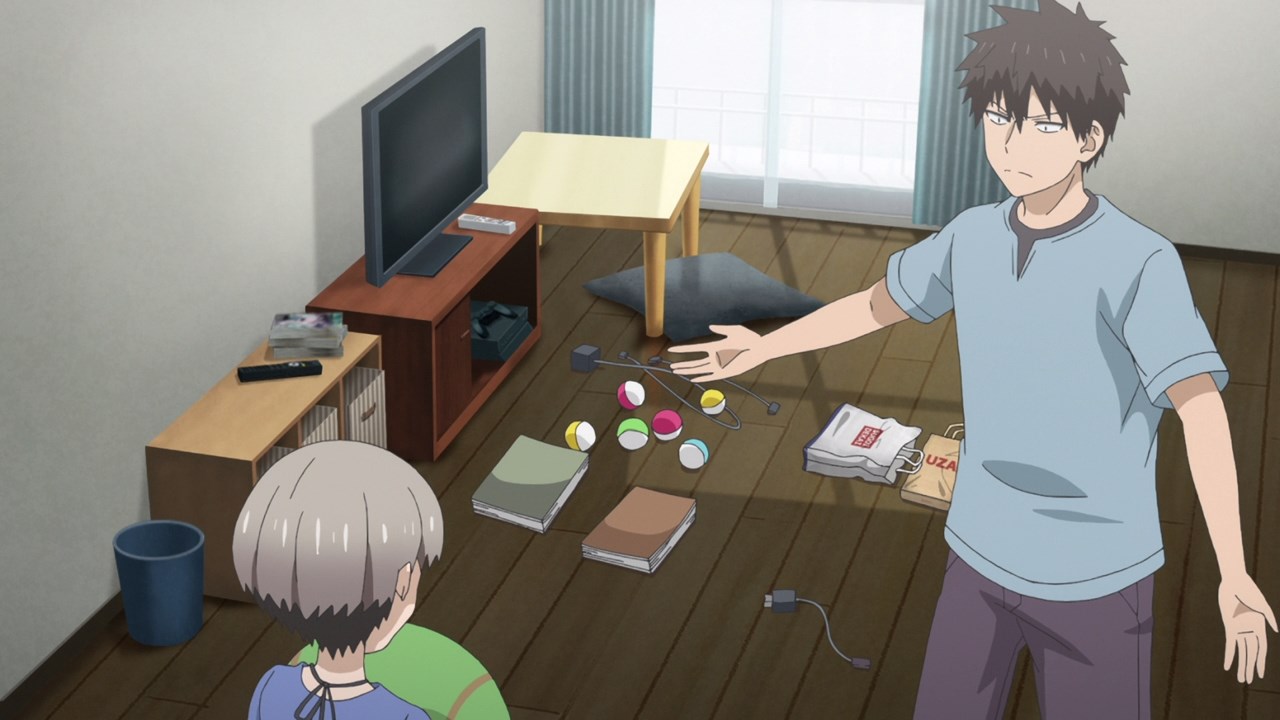 Unfortunately for Hana, Shinichi doesn’t like his apartment getting littered with useless junk from his mischievous underclasswoman.

Well then Uzaki-chan, looks like Sakurai-sempai wants you to help him take out the trash. 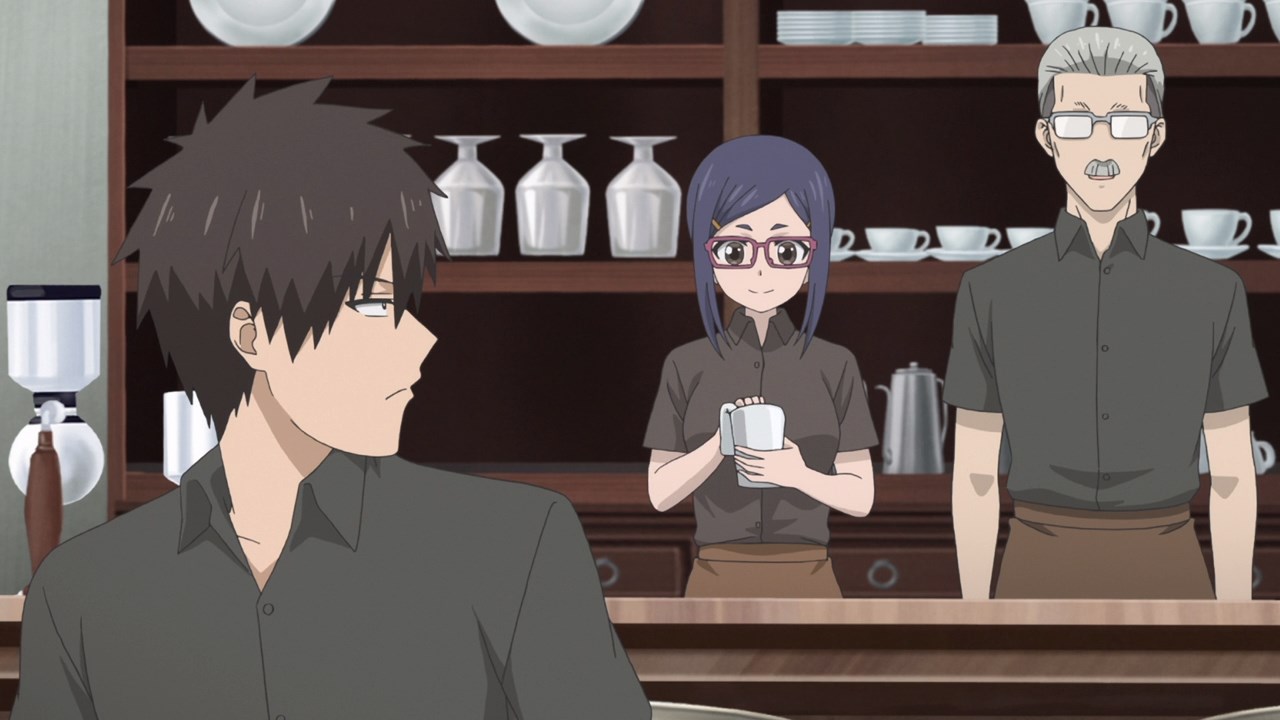 Moving onto the next scene where Akihiko Asai asked Shinichi Sakurai to prepare some food ’cause he really wants Sakurai to take a role as a cook. But there’s a problem… 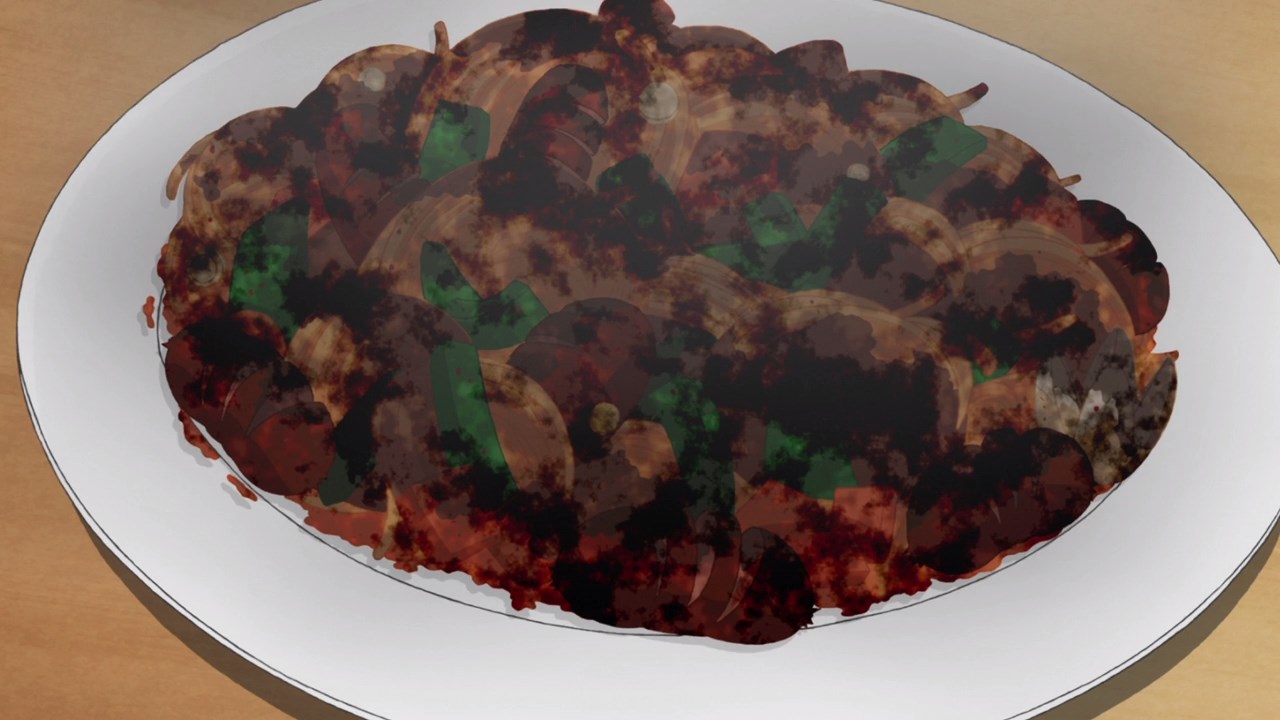 You see, Shinichi sucks at cooking that what was supposed to be a Napolitan pasta, turned into a burned mess where I doubt that this thing is edible. 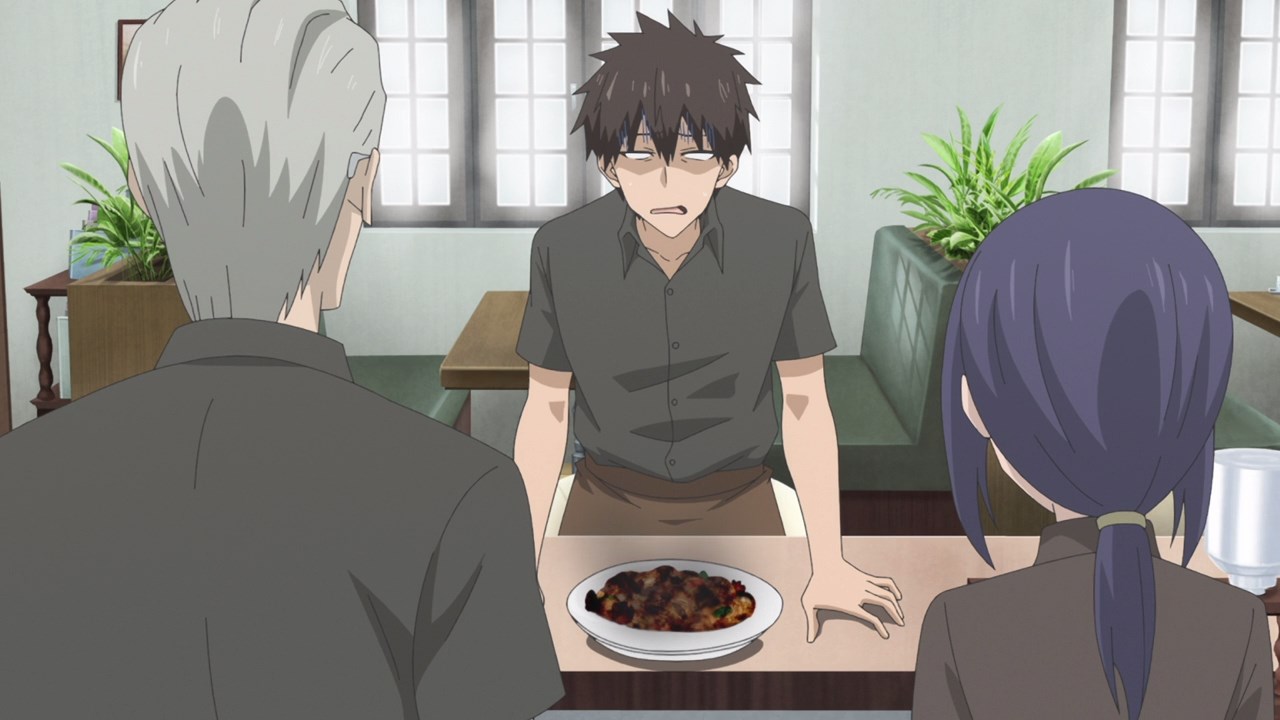 In any case, looks like Sakurai sucks at food prep that both Ami and Akihiko Asai felt pity towards his horrible cooking. 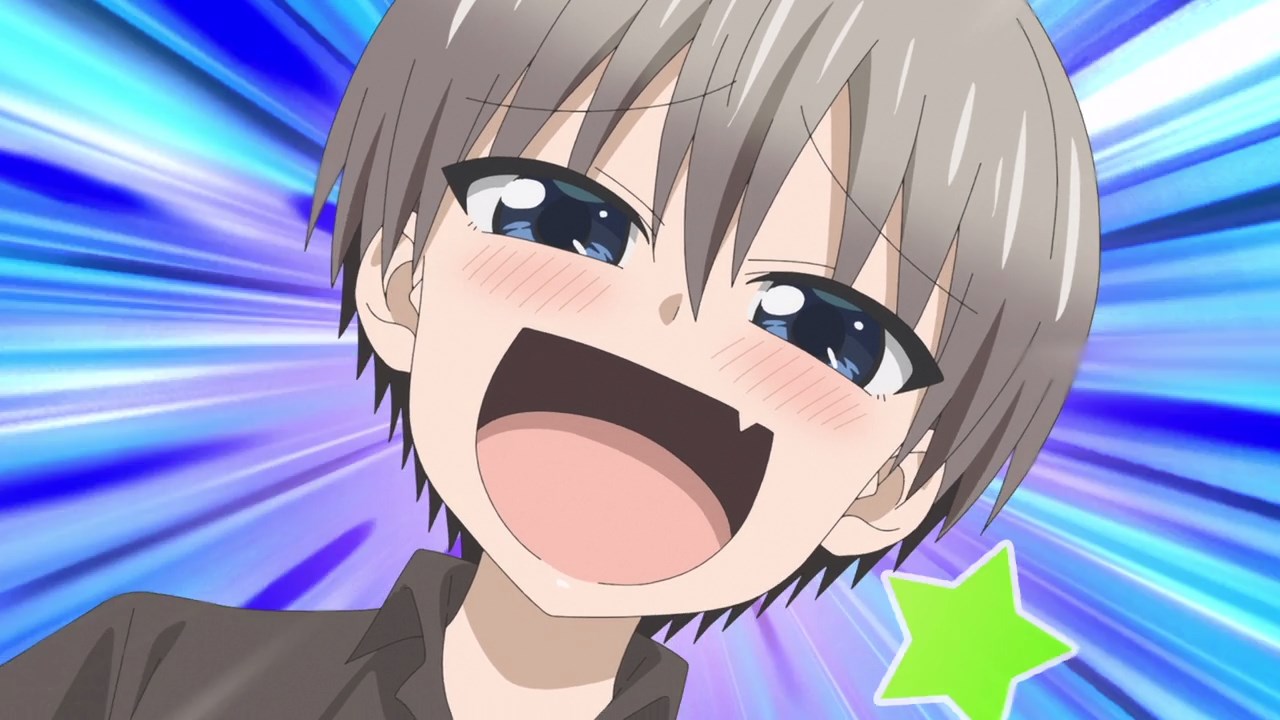 Well, except for Hana Uzaki of course where she’s mocking him for being lame at making food. Of course, she’ll lend Sakurai-sempai a helping hand. 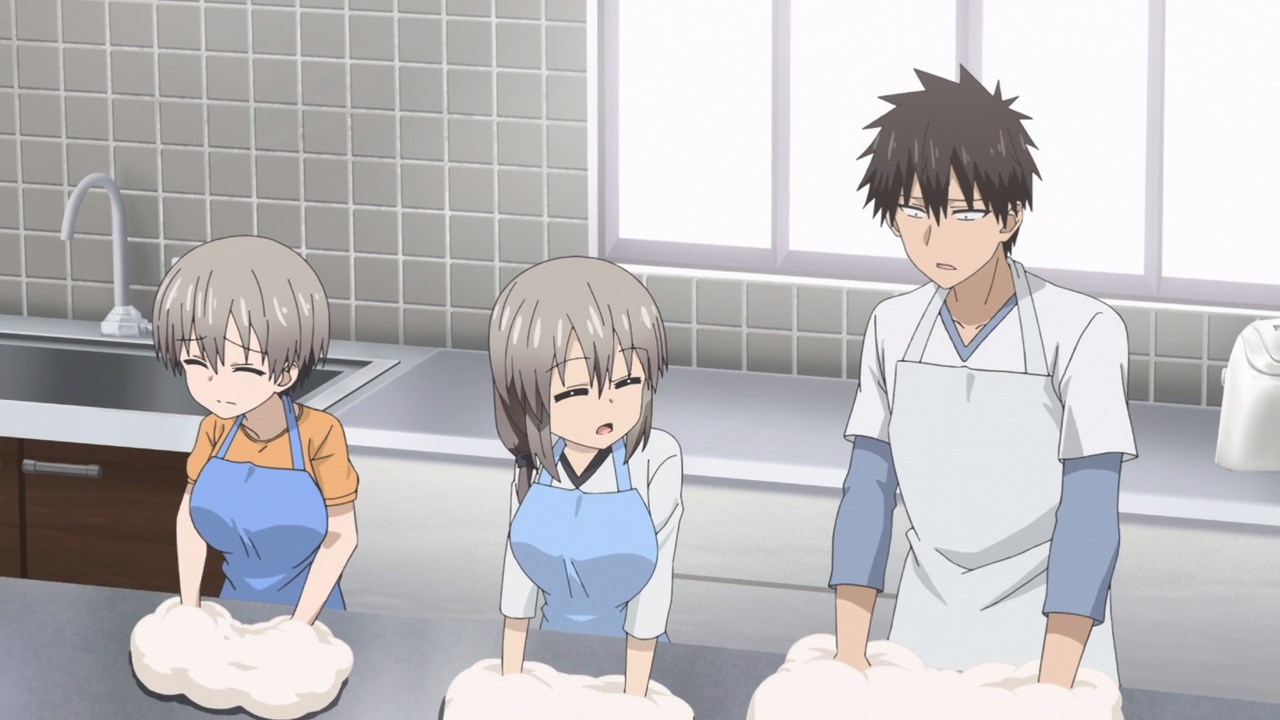 Actually, her mother Tsuki will teach Shinichi on how to cook better. With that said, let’s begin his training as Sakurai will make dough for the udon noodles. 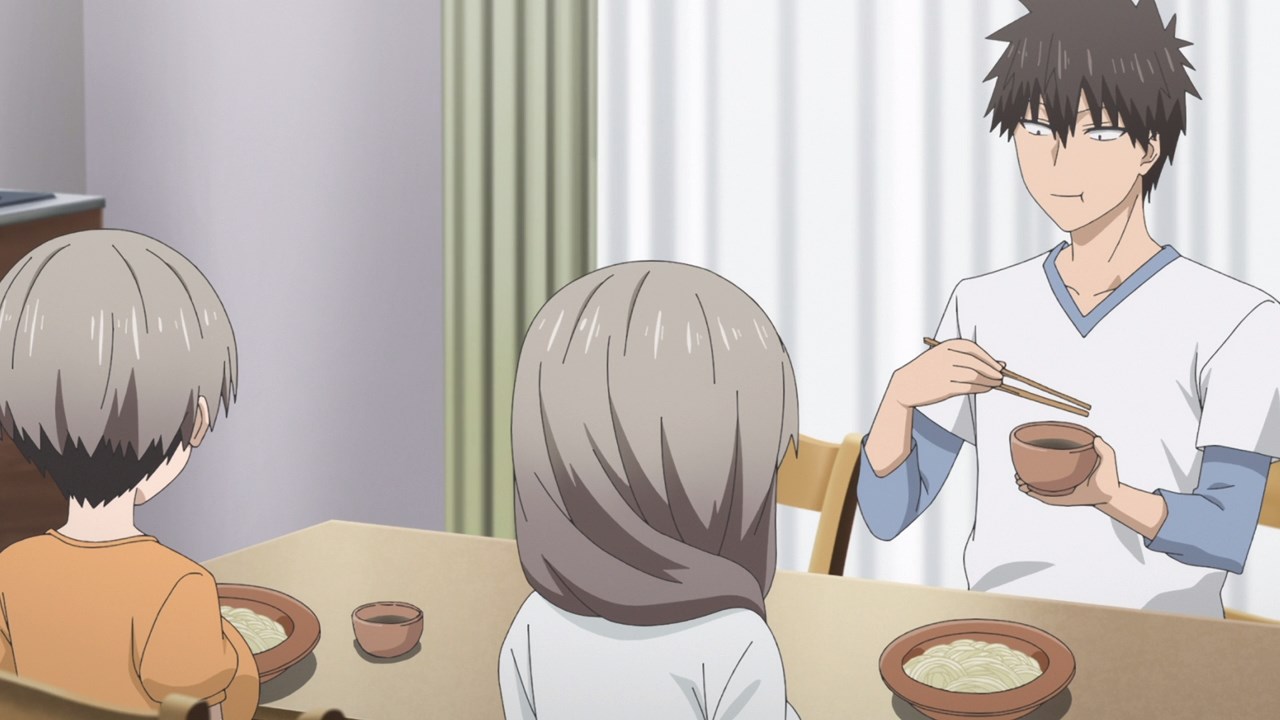 And after many hours of kneading and cooking, Shinichi Sakurai made homemade udon noodles that was not only edible, but tasty as well.

Of course, this is just the beginning for Sakurai as he needs to learn more on how to cook decently. 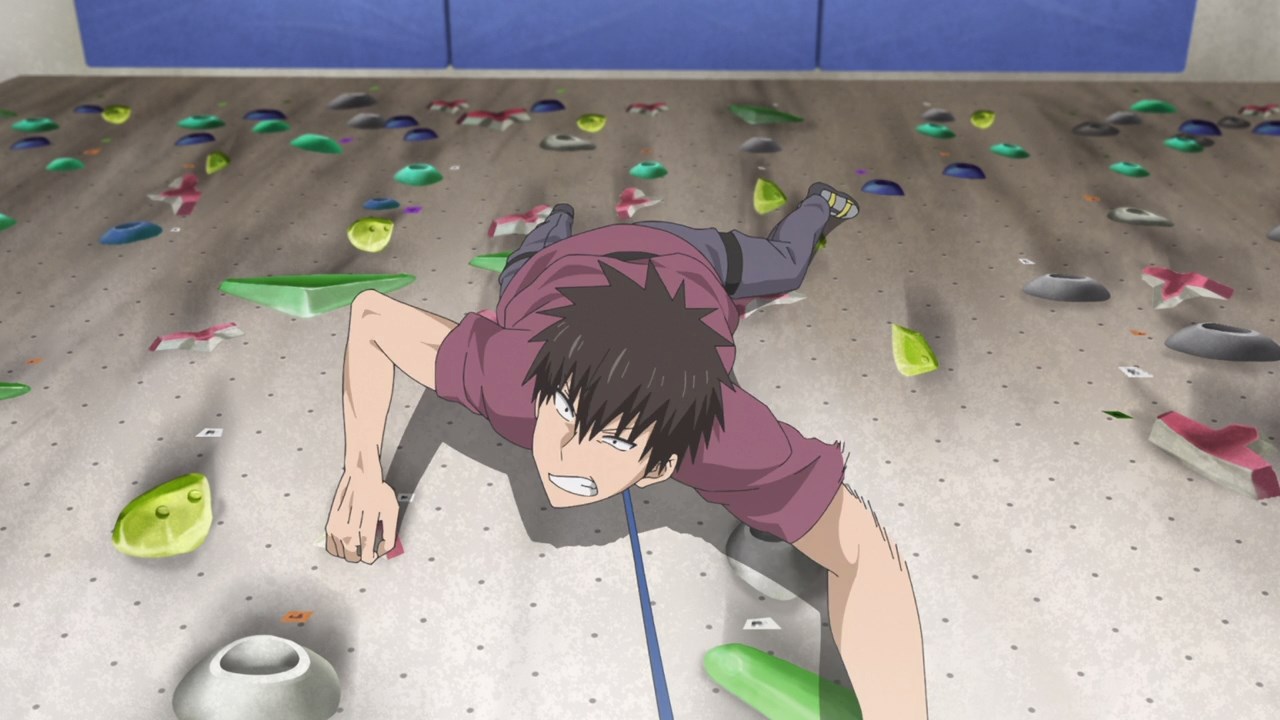 Now then, let’s move onto something exciting as Shinichi Sakurai and Hana Uzaki went to an indoor climbing gym where they try their hands on wall climbing.

Of course, Sakurai can climb pretty well since he always work out a lot. Glad that he found something to keep him busy and well-fit even after not joining the swimming club. 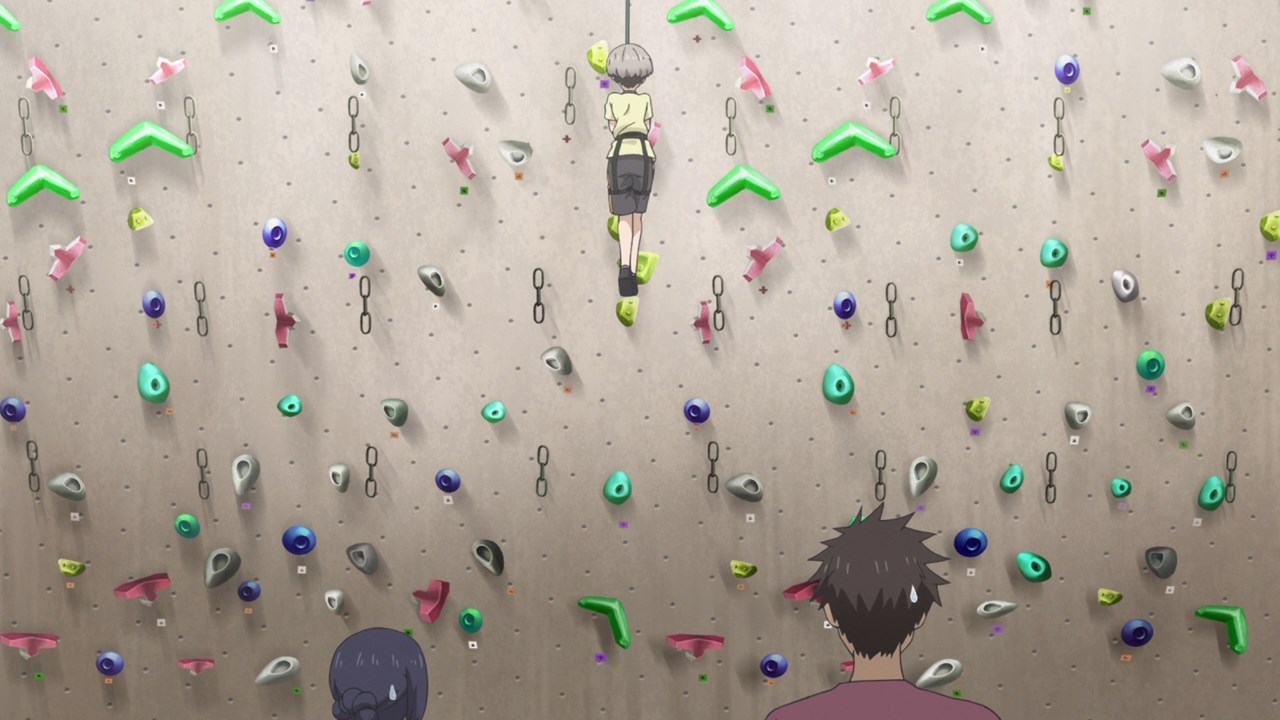 Meanwhile for Uzaki-chan, it appears that she’s stuck at the wall as Hana can’t climb up nor down. I guess she’s sucks at everything that requires flexing your muscles. 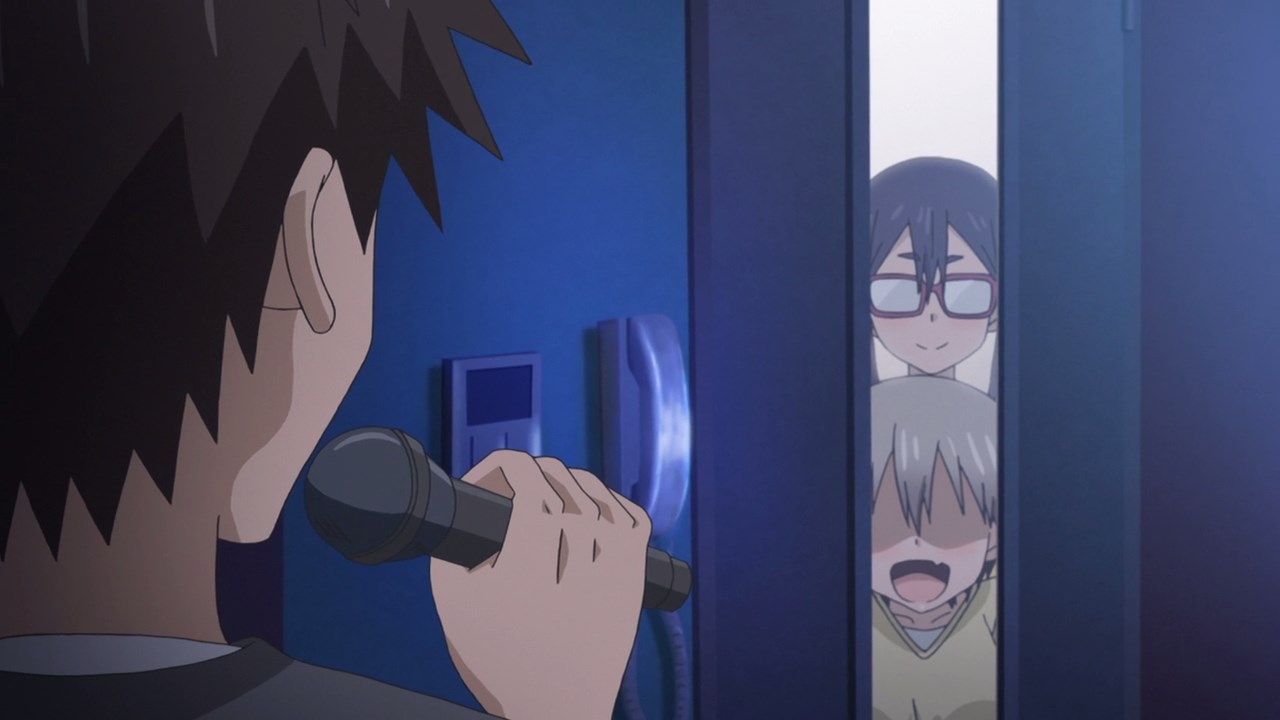 One last thing, looks like Shinichi Sakurai wants to sing at a karaoke bar by himself, but Sakurai was interrupted when Hana Uzaki and Ami Asai came in. Not sure if they’re gonna laugh at him or not. 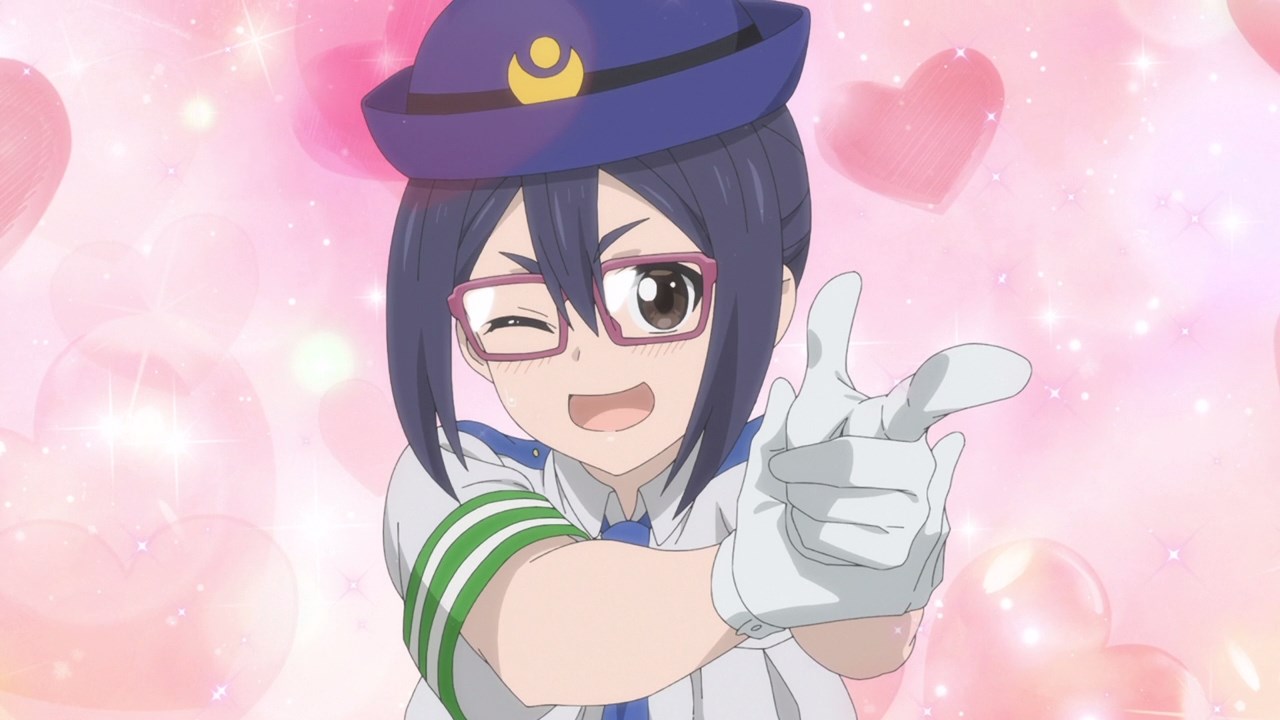 But, it looks like they’ve decided to entertain Shinichi as Hana and Ami decided to wear costumes for this occasion. While Ami Asai cosplaying as a policewoman looked decent… 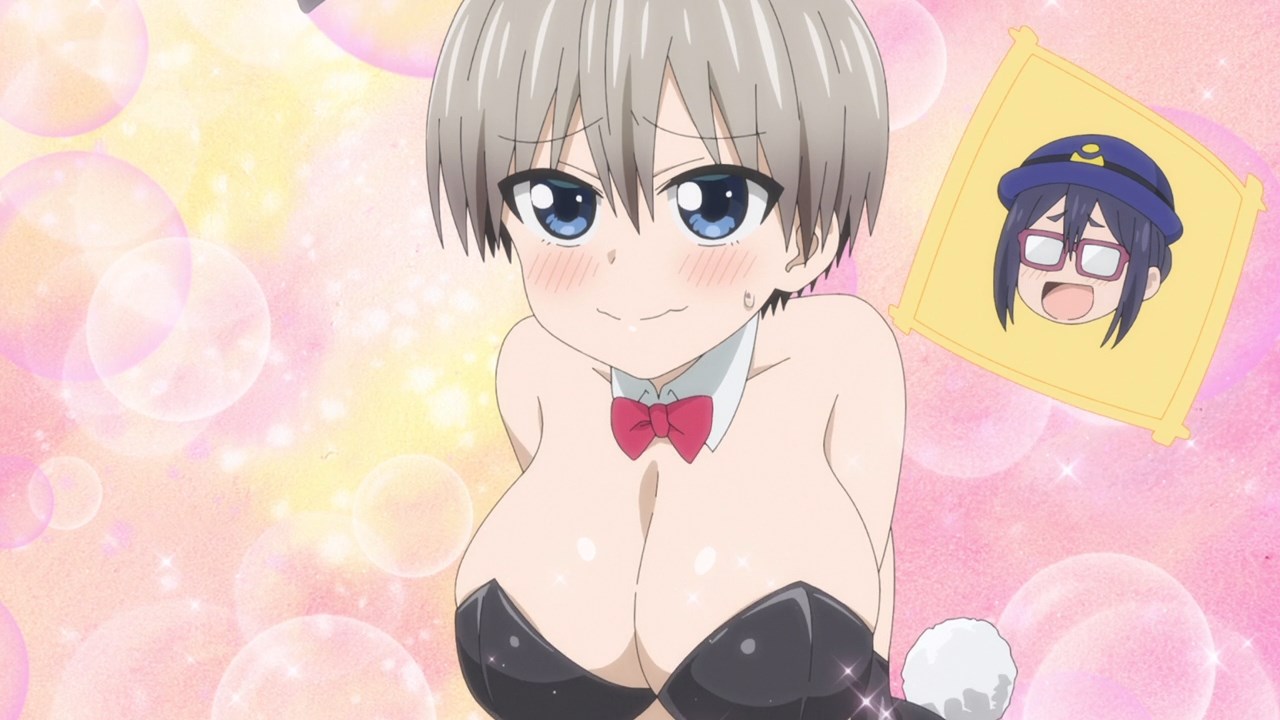 This one is quite provocative as Hana Uzaki is wearing a bunny girl costume. Man, I wanna slap those damn tiddies someday! 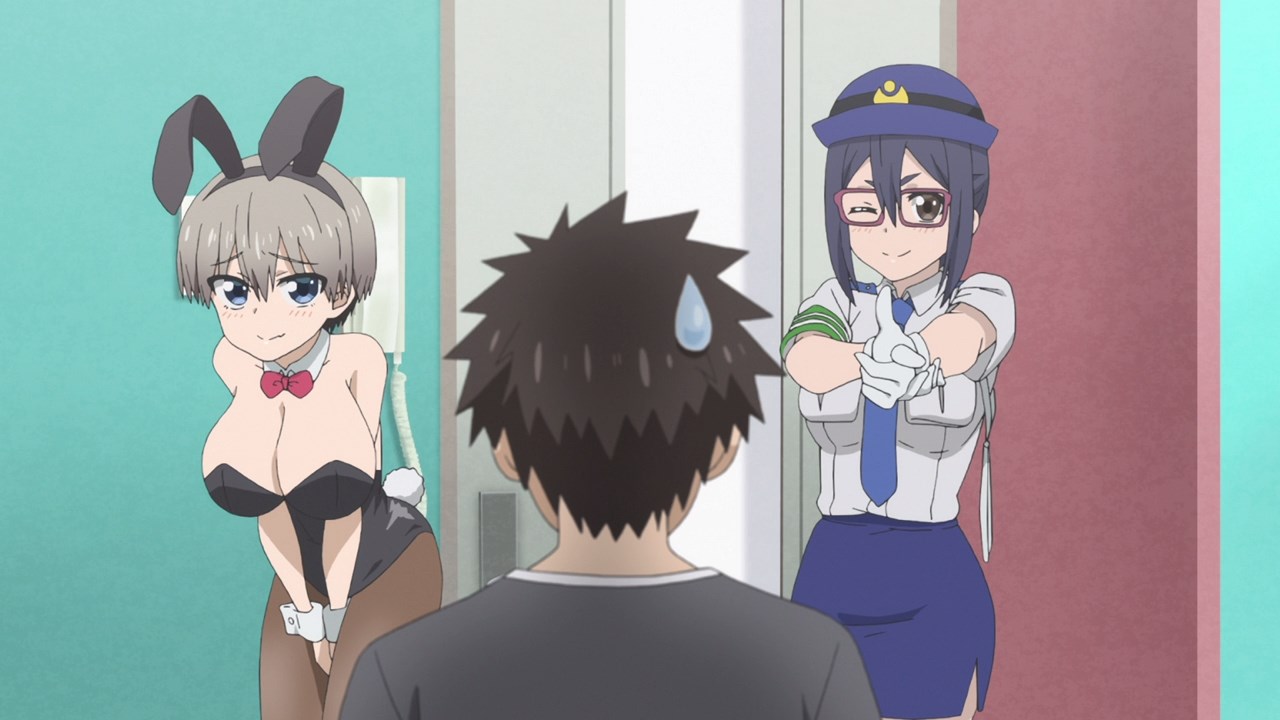 With that said, this episode is quite entertaining. Of course, this series is gonna end soon as we head towards the final episode!

Let’s hope that there’s nothing bad will happen next time… right? 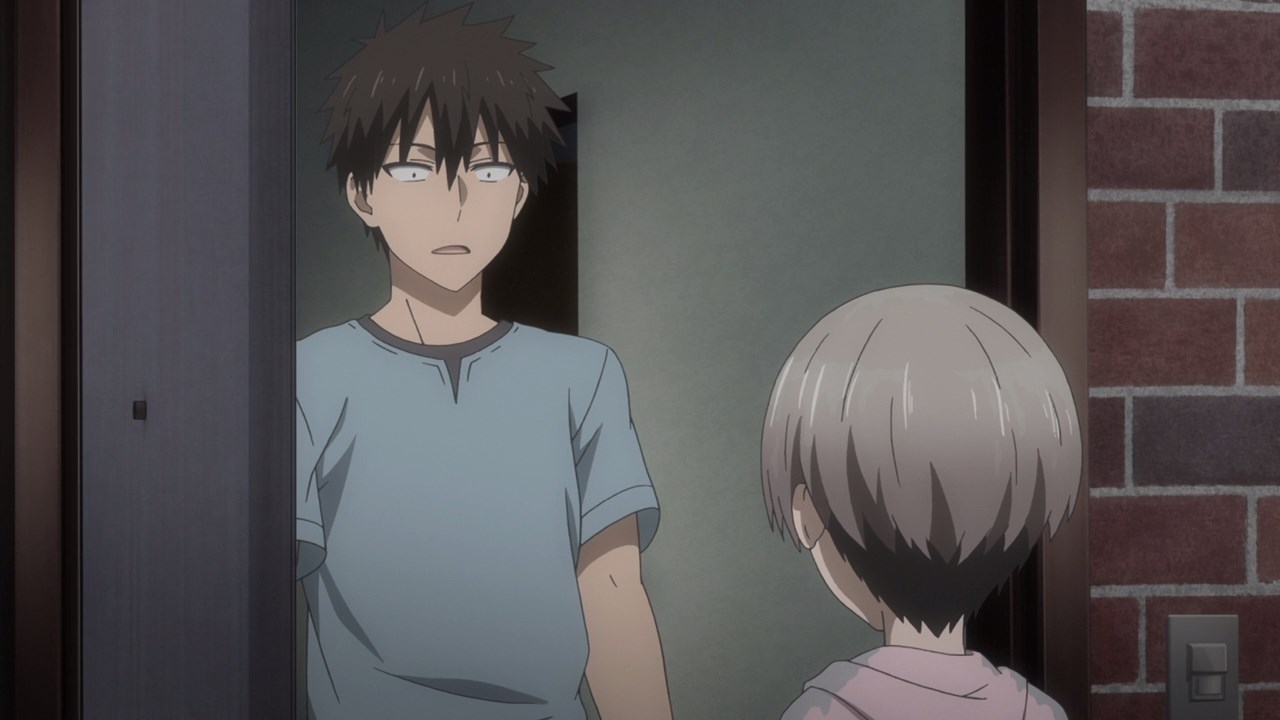 Well actually, it seems that there’s a major crisis where Hana Uzaki won’t come to play with Shinichi Sakurai anymore. 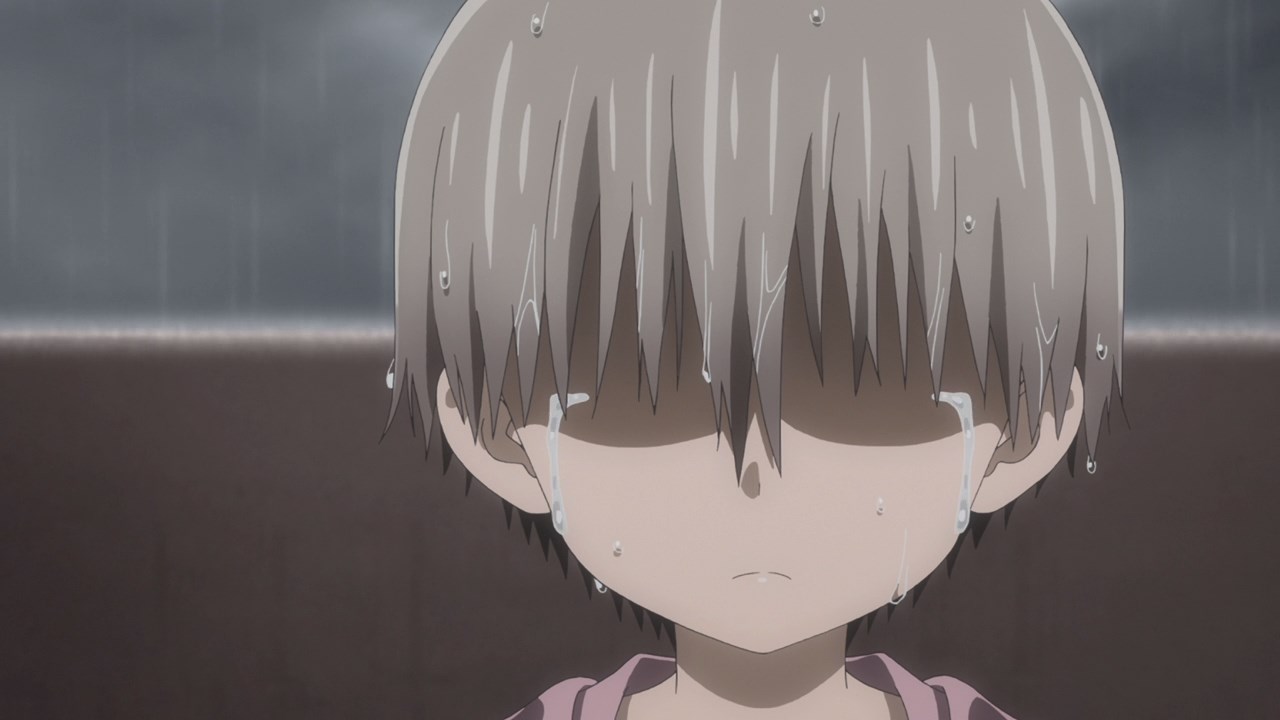 And speaking of Uzaki-chan, she’s crying. Okay, who made her cry? I don’t want this!

Anyways, see you next time where I hope that everything will be okay.