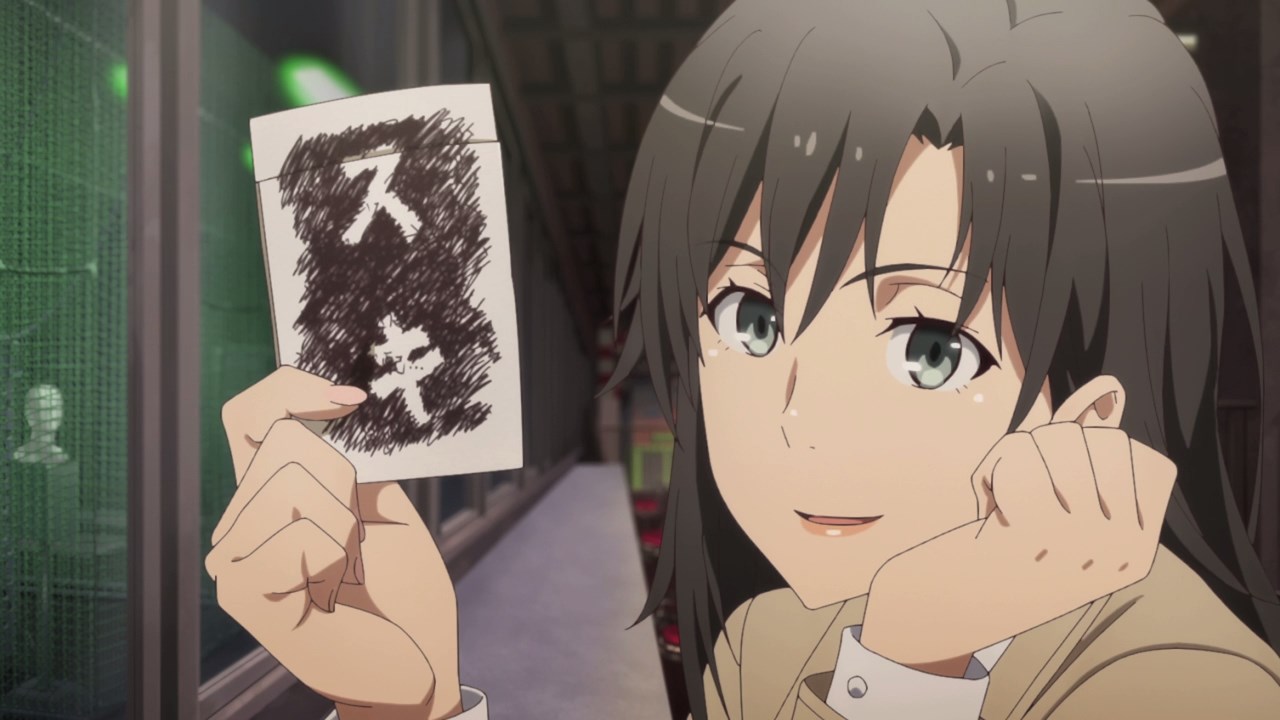 Well then, it appears that Shizuka Hiratsuka gave Hachiman Hikigaya a very good advice where she doodled the word “love” onto a paper.

I give a thumbs-up to Hiratsuka-sensei for helping Hikky when it comes to his personal life. Then again, I’m gonna miss this teacher a lot! 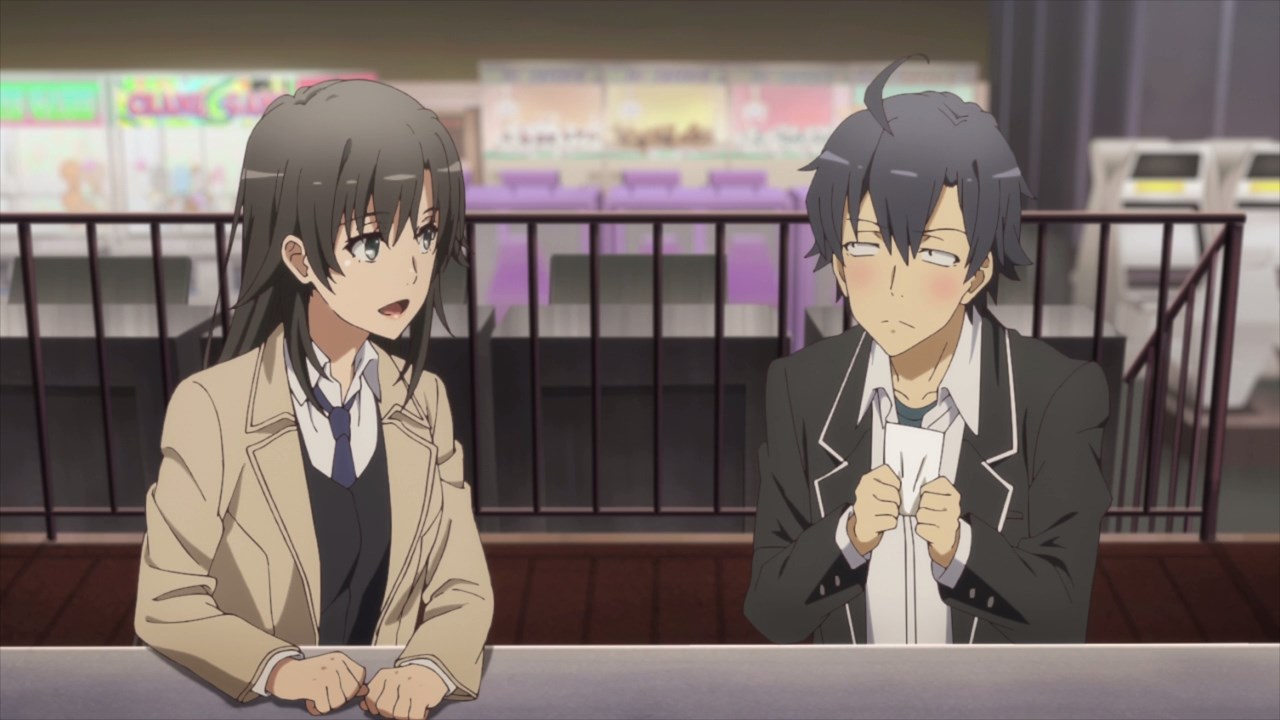 Speaking of Hachiman, I’m worried that he might fumbled-up when conveying his feelings across Yukino and Yui. I mean, it could lead to greater misunderstandings in the future.

But you know what, let’s wait and see… 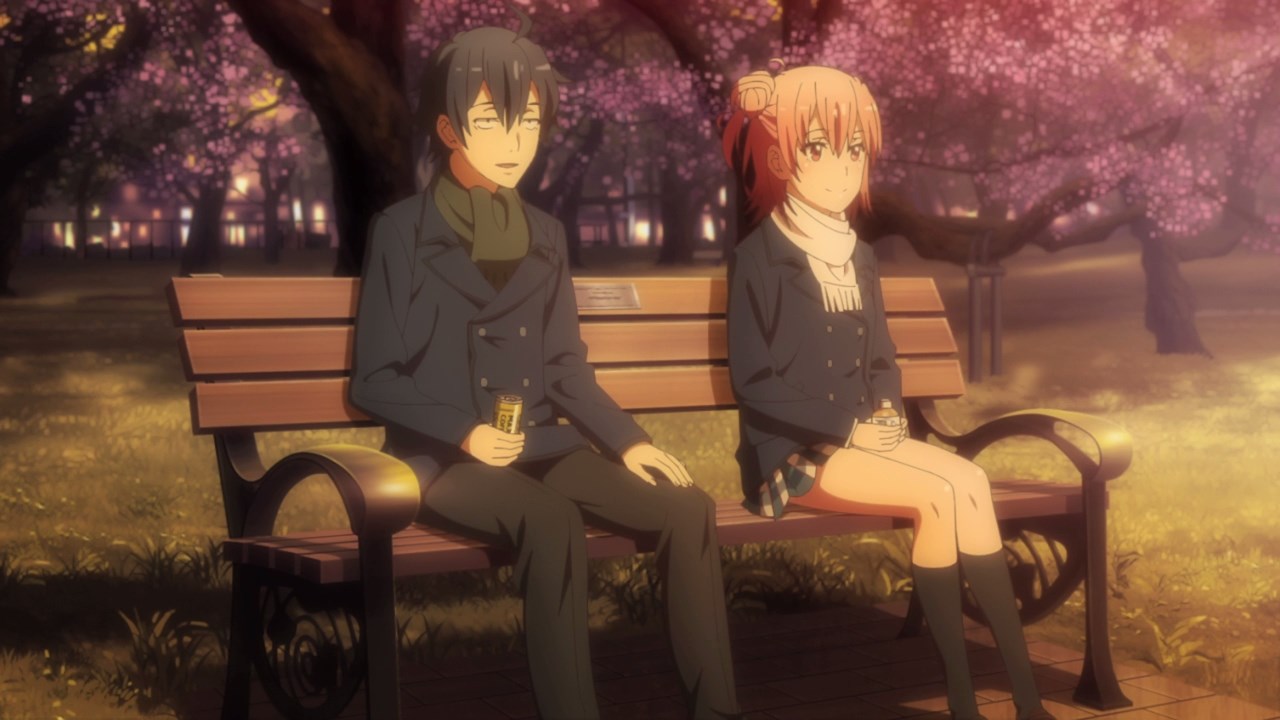 With that said, it’s time for Hikigaya and Yuigahama to savor their final moments together as the Service Club will be disbanded soon. I mean, they’re just chilling out. 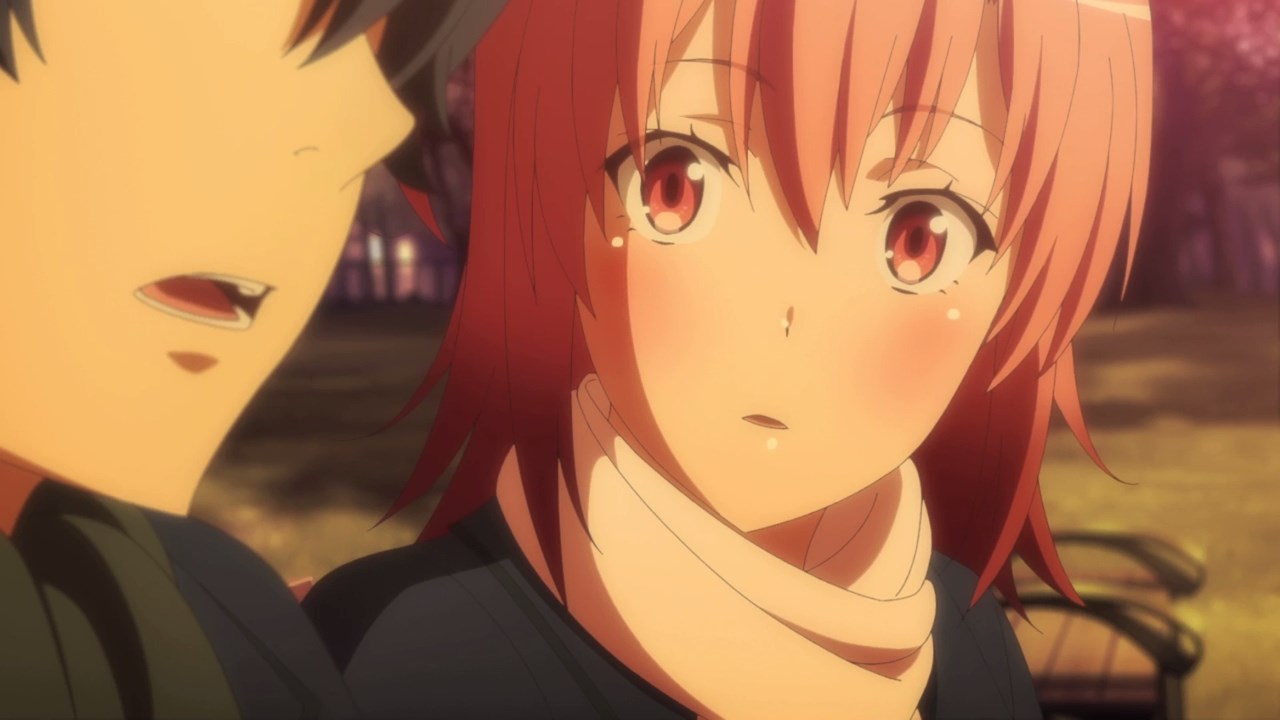 Well, that’s until Hachiman decided that he doesn’t want to forget about Yukino Yukinoshita. Of course, that would affect Yui greatly as she really lost against Yukinon.

Um Hikigaya, you know that your words might hurt the likes of Yuigahama as she really have feelings for you, but you don’t even know that. 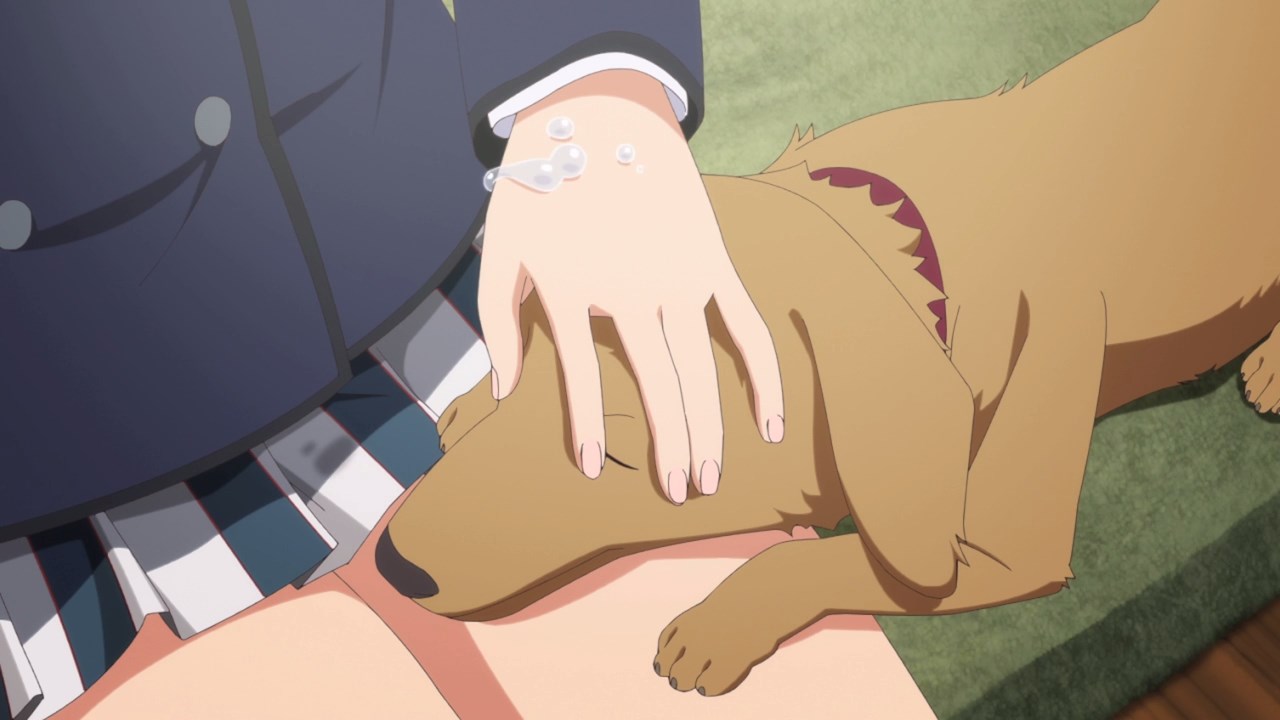 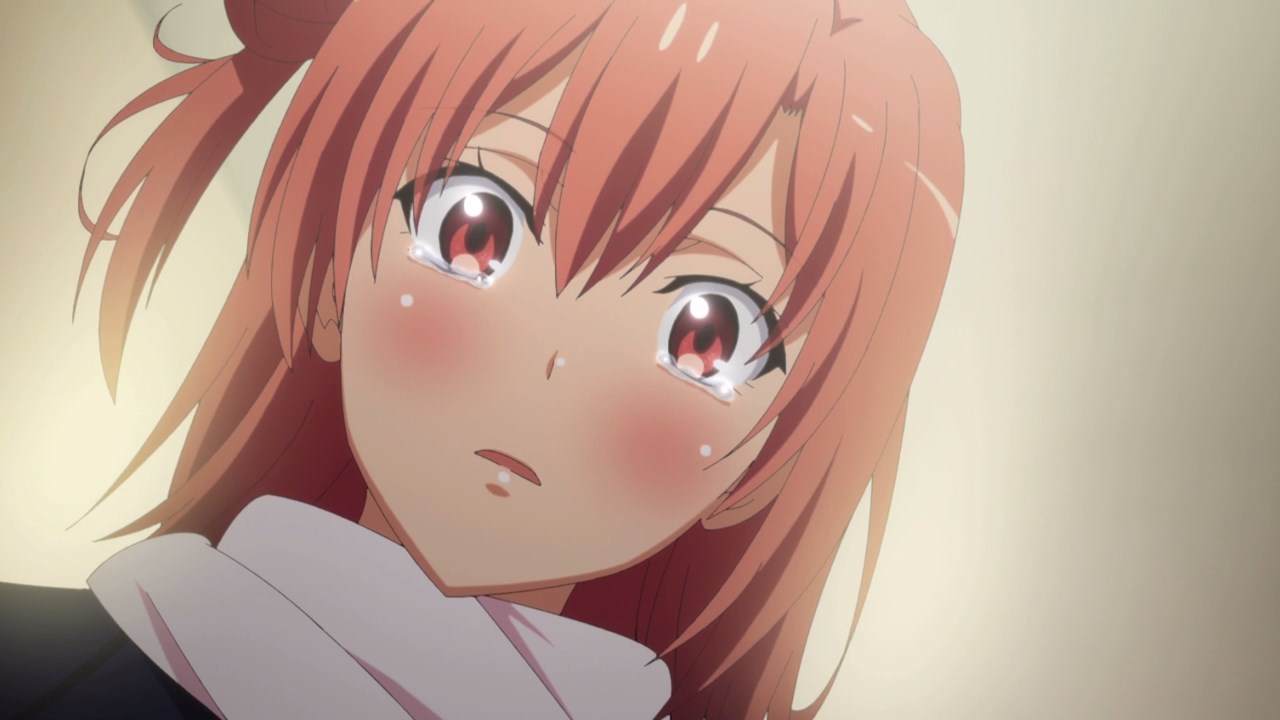 But speaking of Yui-chan, I have to say that she felt tremendous emotional pain that Yui got rejected. Poor girl, someone needs to comfort her. 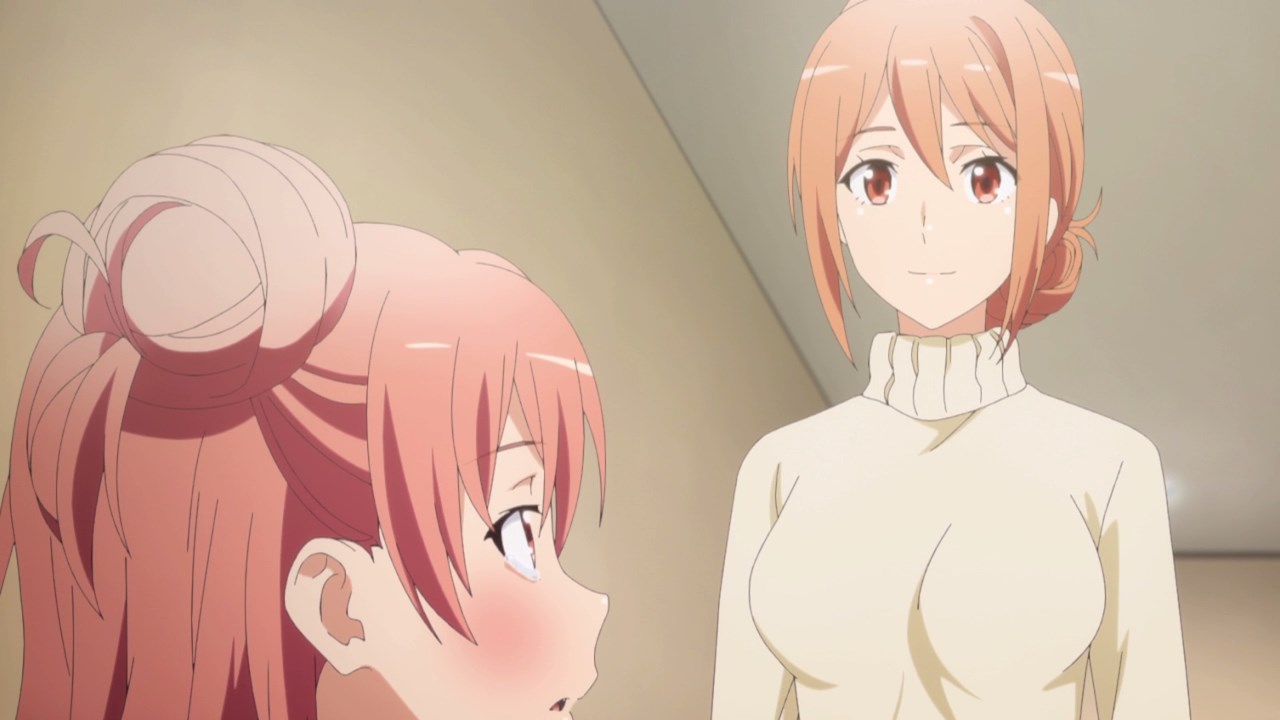 Fortunately, Yui’s mother is here for her. After all, she’s very supportive towards her own daughter, especially when it comes to relationships. 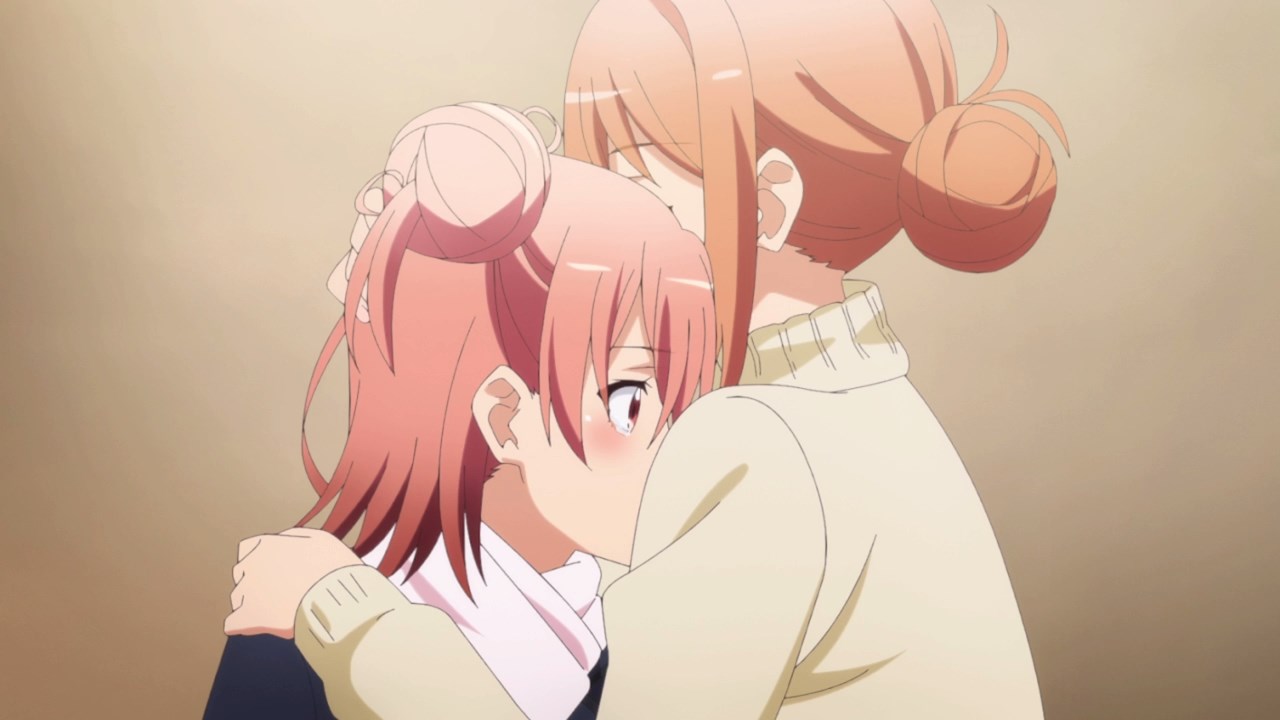 And so, Yui will have to cry it out over her mother’s shoulders as it’s the end of the road for Yui Yuigahama.

Now the only thing left to do is whether Yukino Yukinoshita would accept Hachiman Hikigaya’s feelings or not. 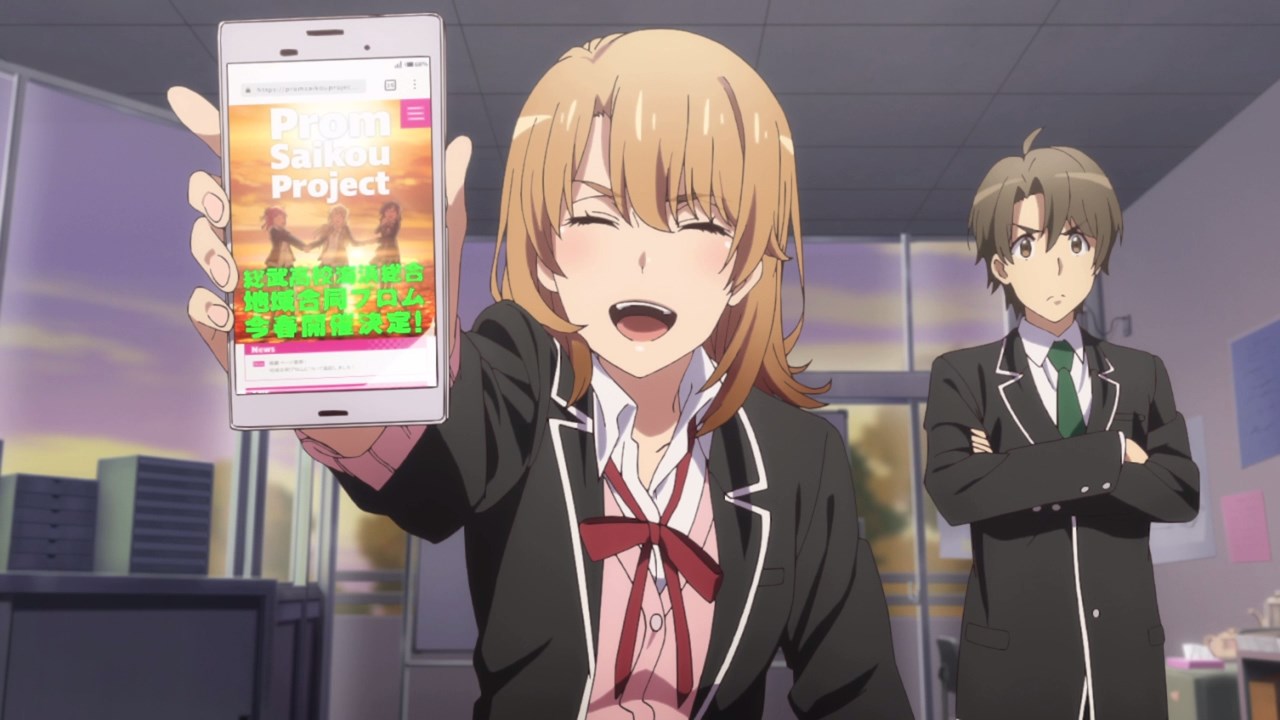 You may think that she’s smiling, but the truth is that Iroha is angry as she wants answers on why Hachiman created it. 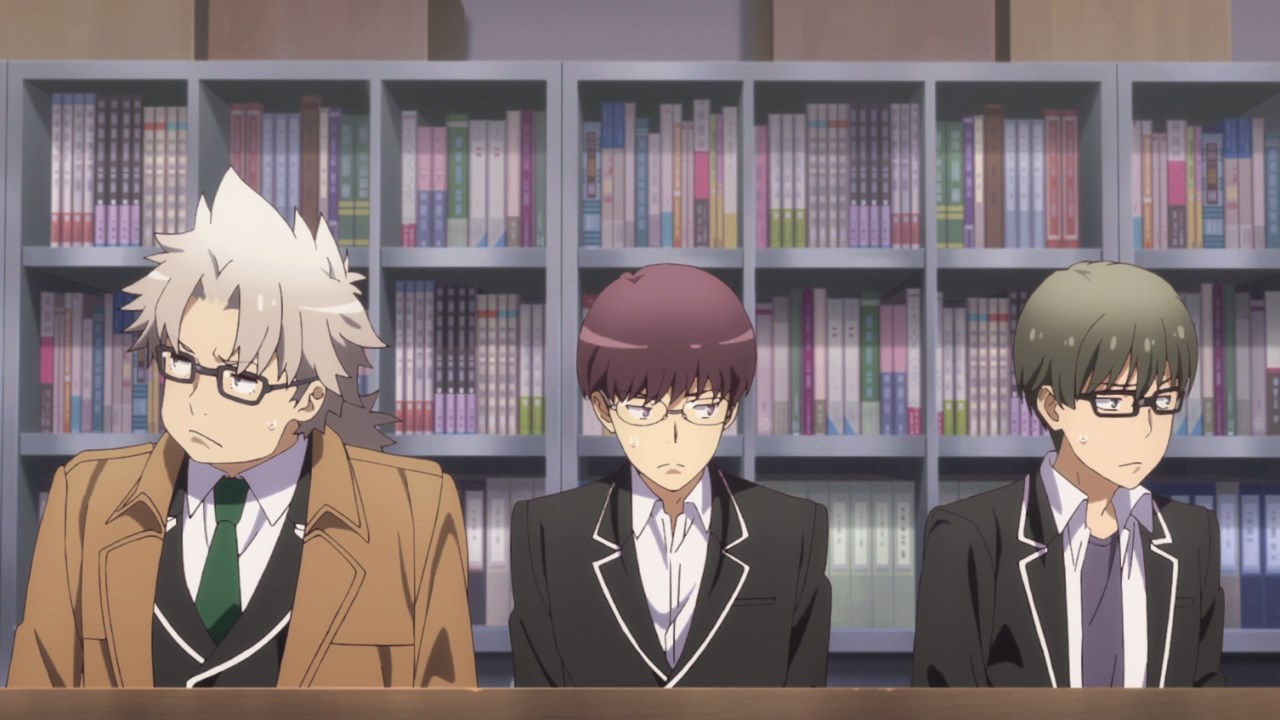 Unfortunately for Yoshiteru Zaimokuza and his two lackeys, Hatano and Sagami, they feign ignorance regarding their involvement with Hachiman. Of course, the truth is that they contributed with Hikigaya’s proposal which was supposed to be a failure.

Still, why would anyone know about Hikigaya’s proposal where it was supposed to be a throwaway in order to push Yukinoshita’s proposal, aside from Yukino’s mother of course? 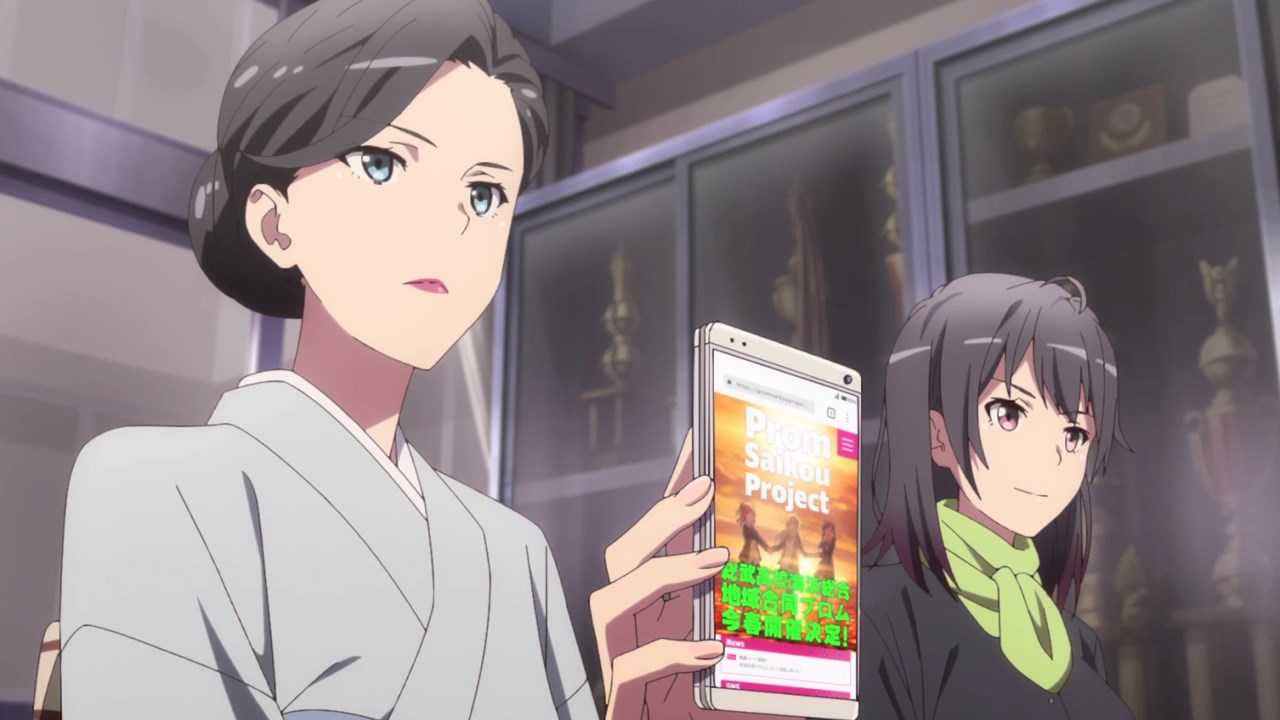 But speaking of Mrs. Yukinoshita, looks like she found out that Hikigaya’s prom night proposal will be used ’cause some of the students are not satisfied with the first promenade. They want it bigger and better than before.

Of course, given that Hachiman’s proposal was used to convince the parent-teacher association that Yukino’s proposal is better, Mrs. Yukinoshita won’t be fooled again by Hikigaya’s gambit. 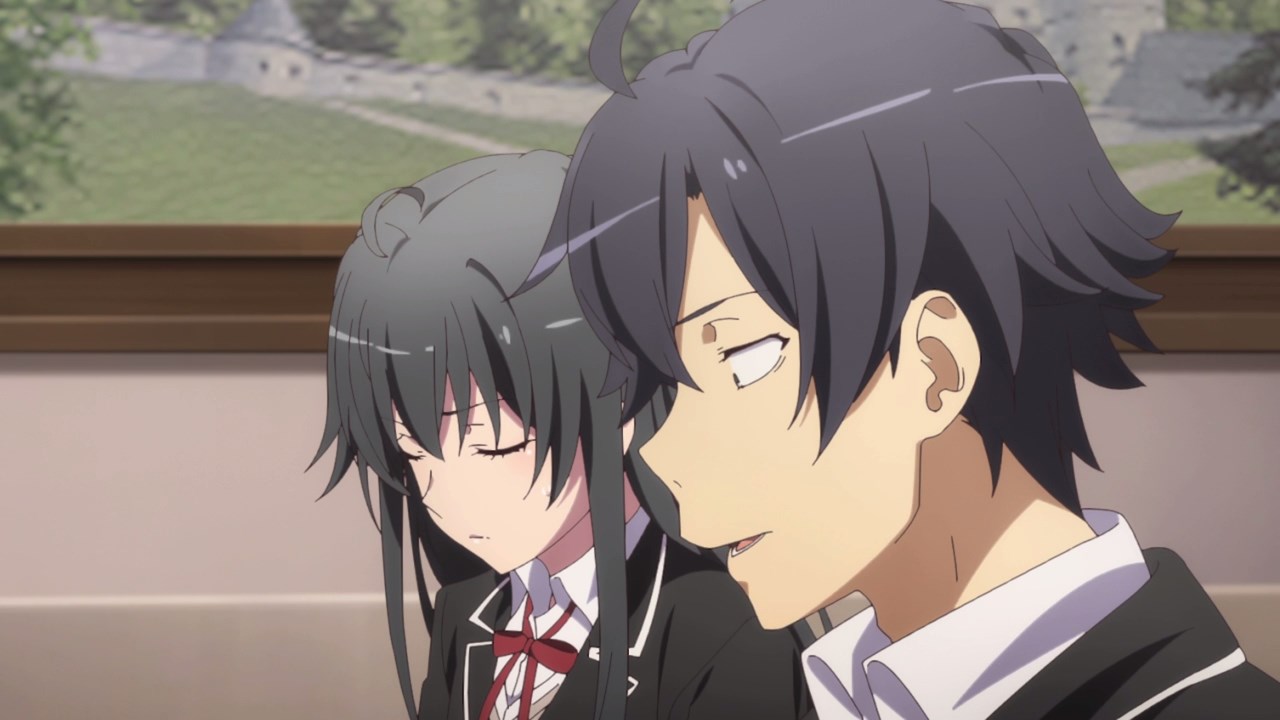 However, Hachiman wants Mrs. Yukinoshita to reconsider giving the green-light to his proposal as he’ll have assistance with Yukino. C’mon, she’s the one who organize her own prom night so Yukino will help Hachiman out. 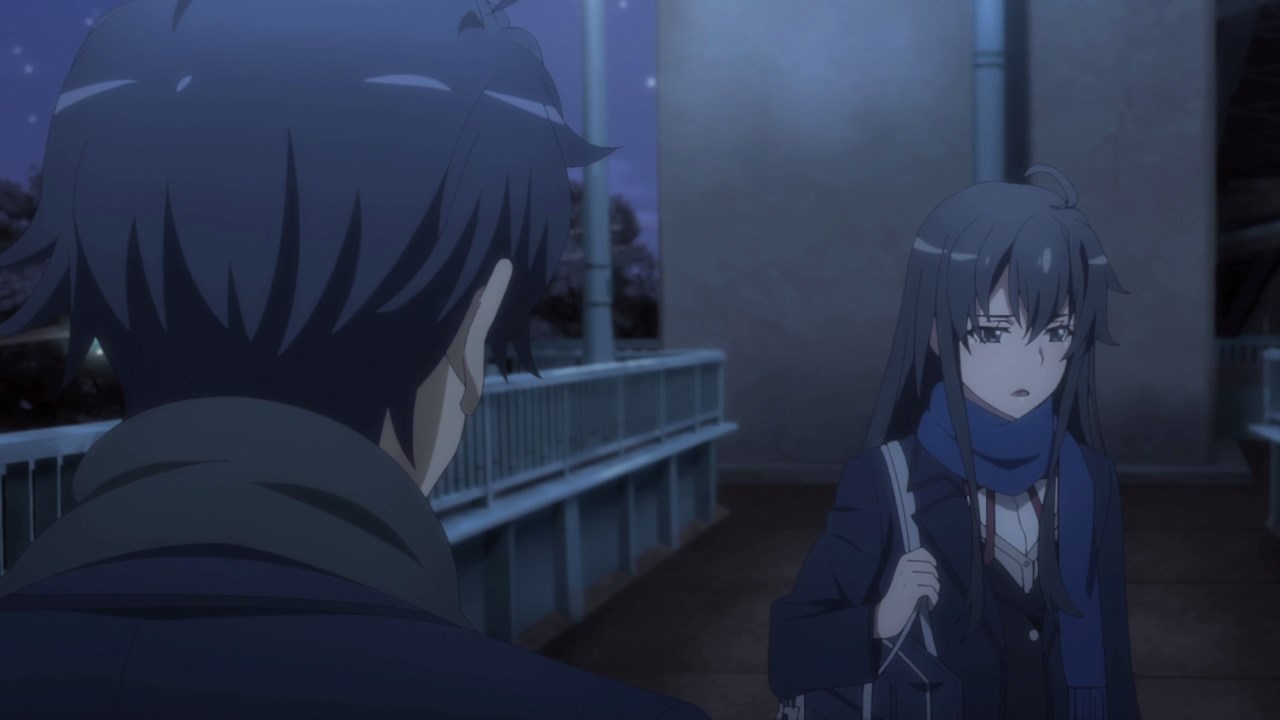 Speaking of Yukino, while she’ll agree to help him on organizing the second prom night, something tells me that they’ll remain friends or co-dependents for life.

C’mon you two, you help each other through thick and thin. Now it’s the time for you two to reach each other intimately. 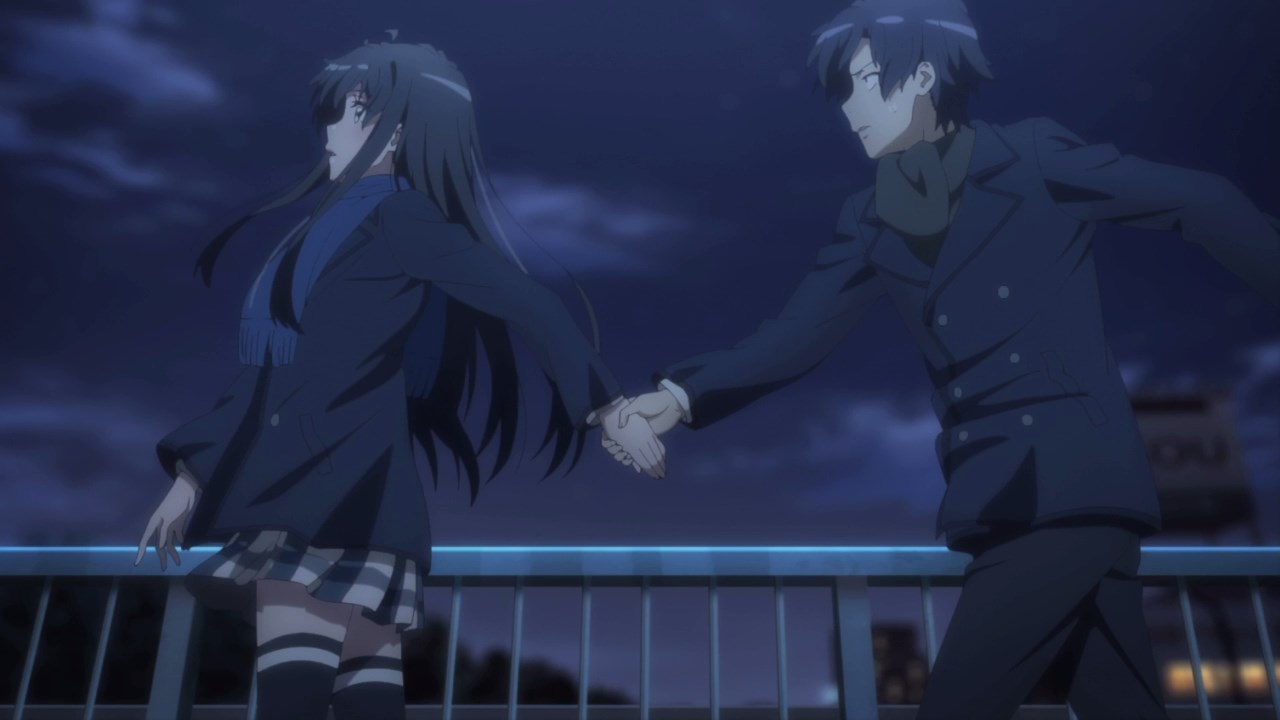 You know what, the only way for Hachiman to convey his feelings is to reach out Yukino’s hand. It’s super-effective!

Well, I have to say that what started out with Hikigaya and Yukinoshita as strangers have turned into close friends. Of course, they’re not yet a couple just to let you know. 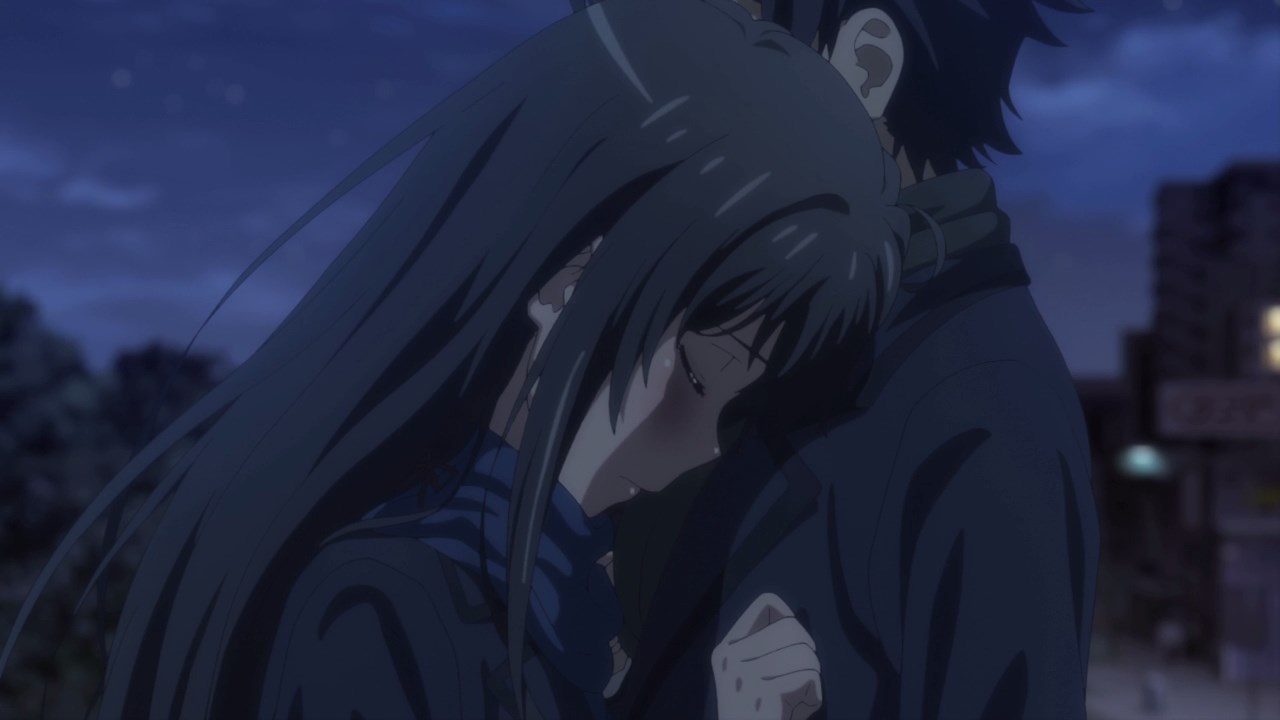 Still, will there ever be a happy ending for Hachiman and Yukino? Will Mrs Yukinoshita accept their relationship if she caught wind of it? And what’s gonna happen to Yui Yuigahama after the dust has settled?

Man, I’m scared on what will happen on the final episode as emotions are high for Episode 11. Regardless, let’s hope that next time, Oregairu will have a satisfying conclusion!