Alright everyone, let’s find some answers on this penultimate episode as Eleonore Bianca will tell everything to Anos Voldigoad. But first, Anos will have to set Eleonore free first. 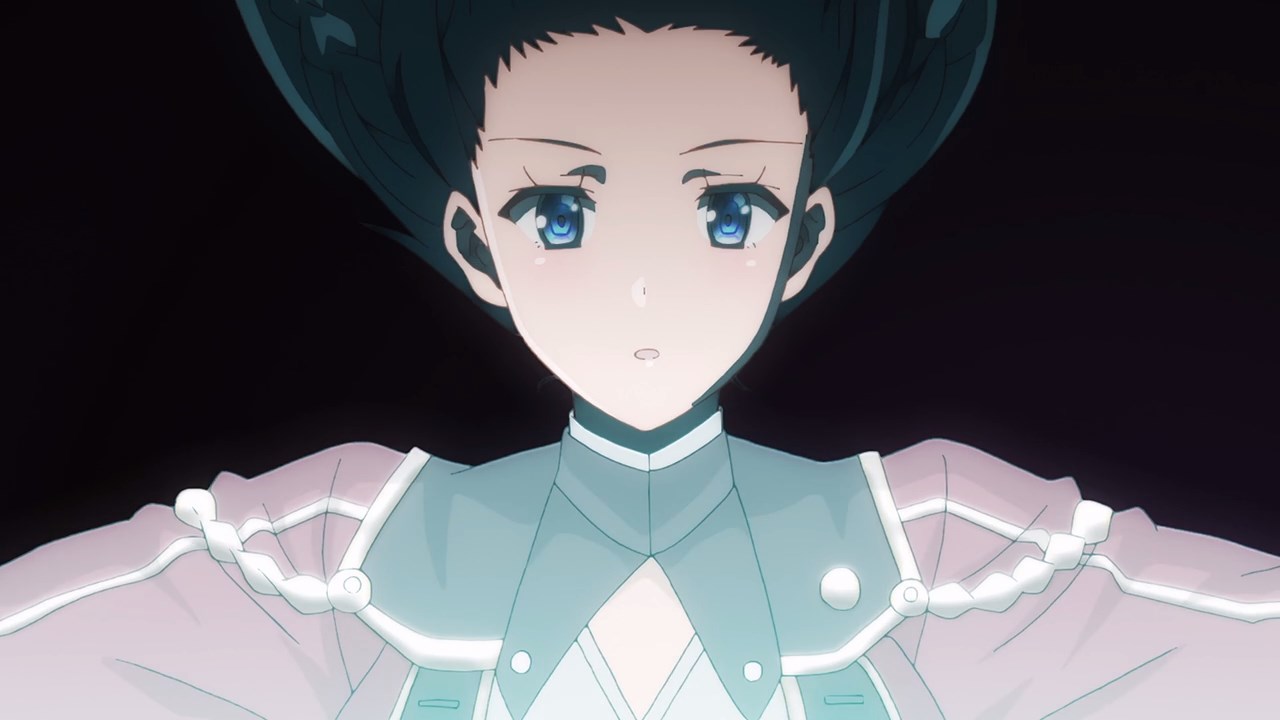 Oh, and put some clothes on since Eleonore can’t explain everything while in the nude.

With that said, Eleonore Bianca told Anos Voldigoad that she’s the source of everything related to magic created by humans. Of course, Eleonore was created using Taboo Magic where it turns humans into magic. And you know who made it? 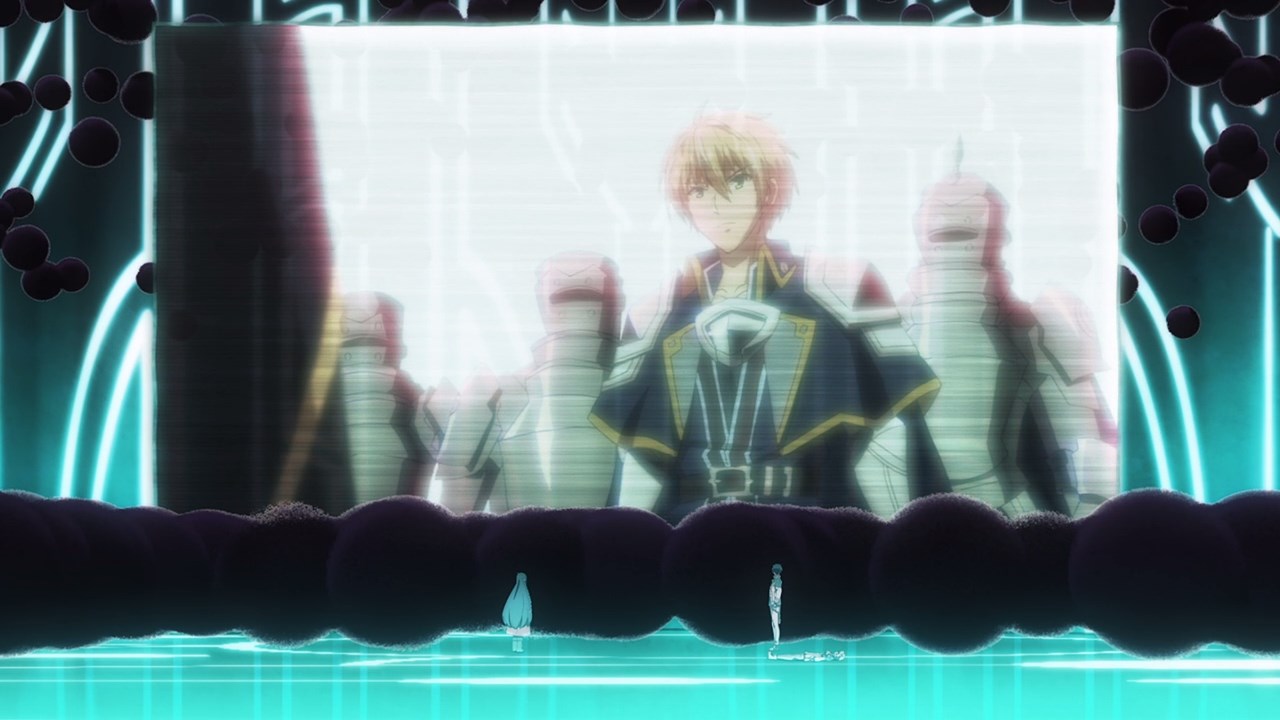 Of course, the Hero Kanon doesn’t want to continue shedding blood between humans and demons as he told Jerga to reconsider it. 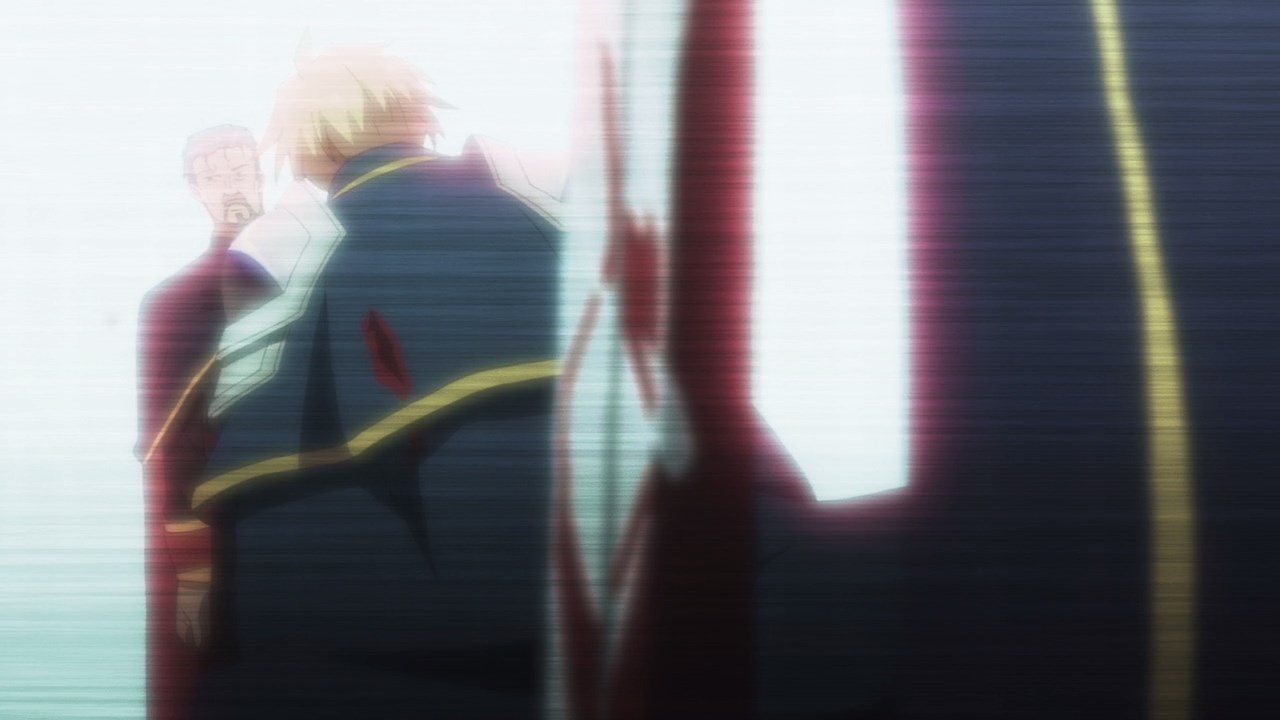 Except that Jerga Kanon won’t forget the humiliation that he experienced when facing Anos Voldigoad, thus he decides to kill the legendary hero and created a powerful magic called Asc to amplify the hatred against demons.

Well, I knew that Jerga is the one who betrayed the legendary hero. Still, it’s sucks that the Anos didn’t meet the reincarnated Kanon since he was killed by his trusted ally.

One more thing, it appears that Jerga Kanon didn’t just betray the legendary hero, he also implemented a way to clone magic sources where Eleonore is doing it right now since she’s the core of it after all.

And as you can see, the Hero Academy has dozens of clones based on Zeshia Kanon Ijaysica, which is quite horrible to see it. 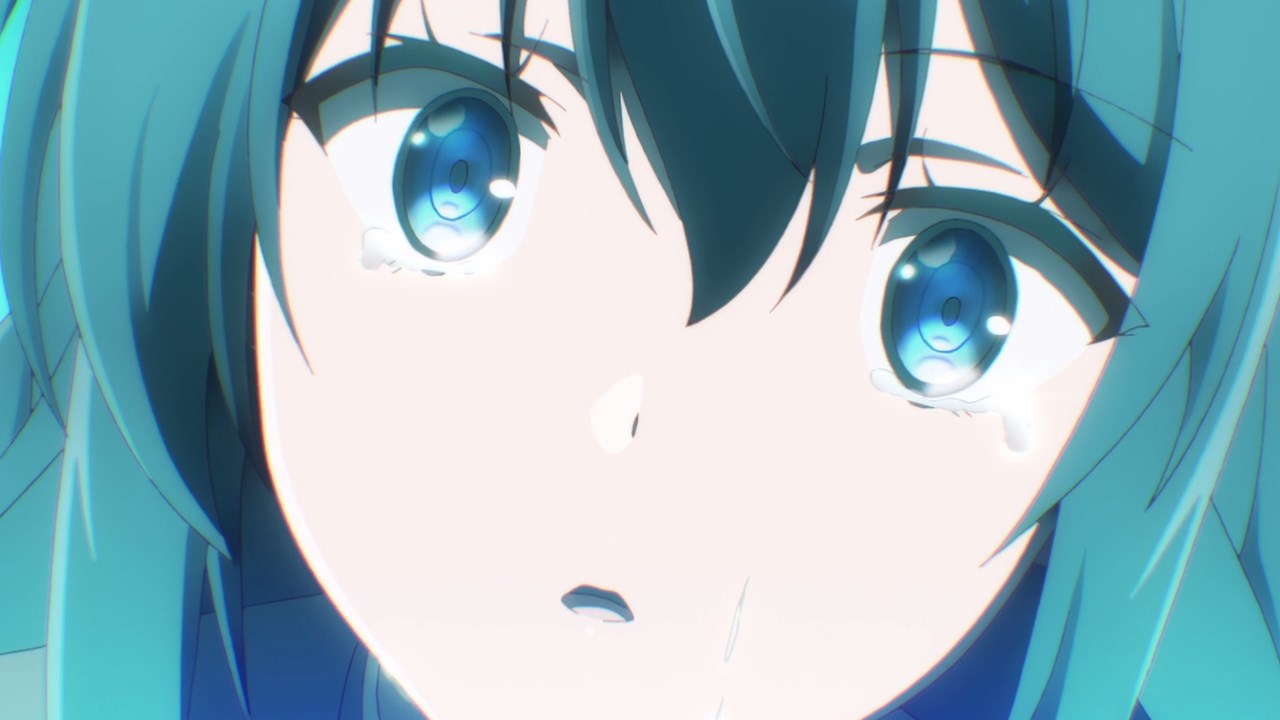 In fact, Eleonore Bianca doesn’t want the Zeshia clones to be used as tools of war, therefore she wants Anos Voldigoad to kill her.

Then again, Anos will find a way to save both Eleonore and the Zeshia clones since he can bend rules as the Demon Lord of Tyranny. 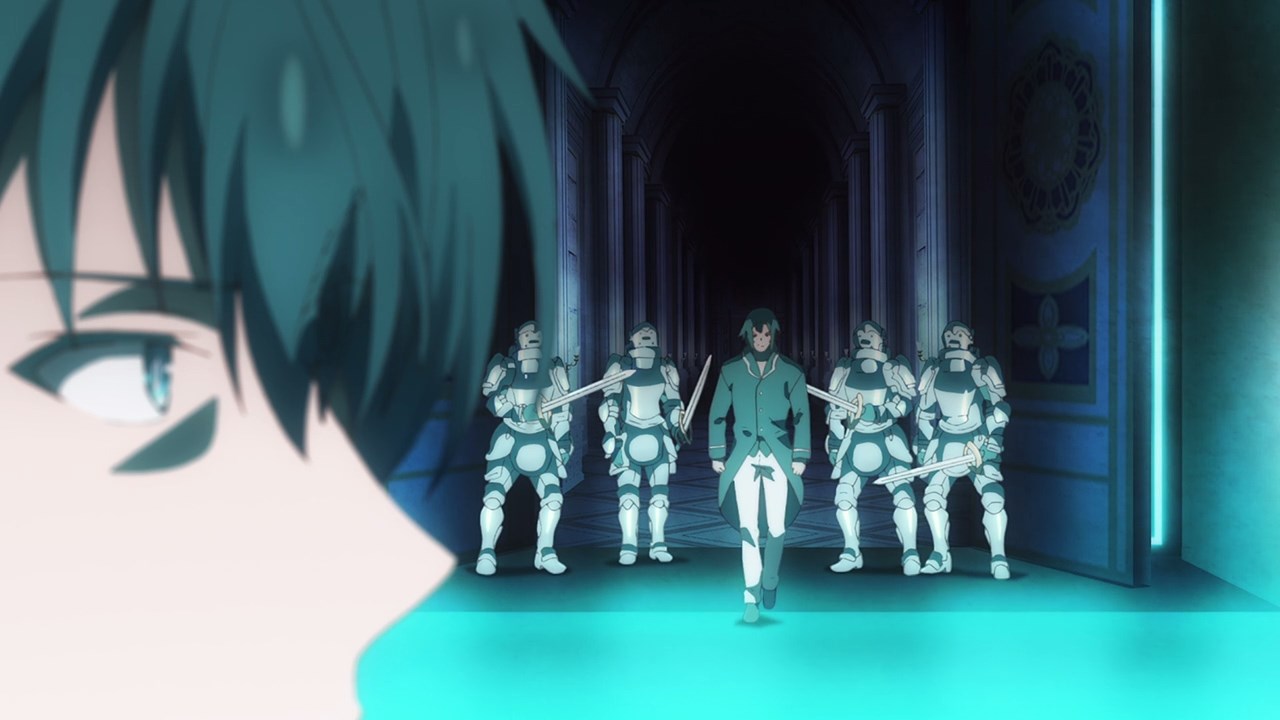 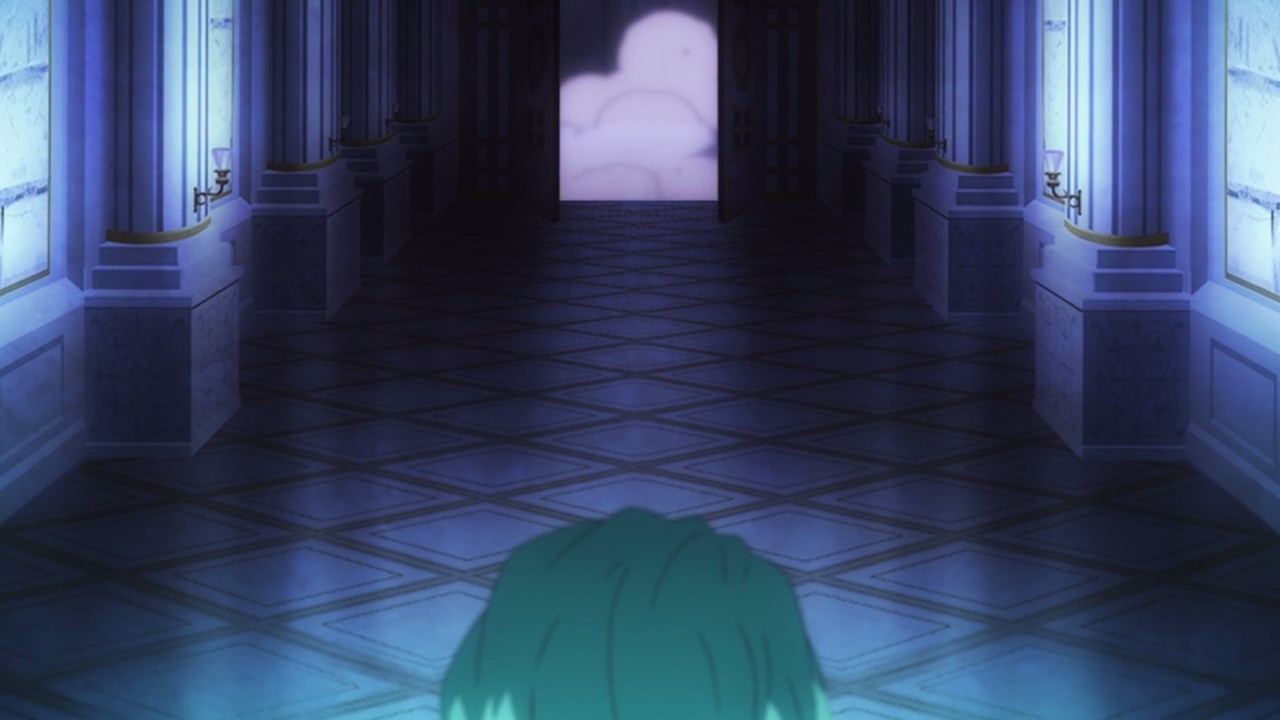 But when he’s about to kill Anos Voldigoad, someone infiltrated the shrine. Oh I have a bad feeling about this! 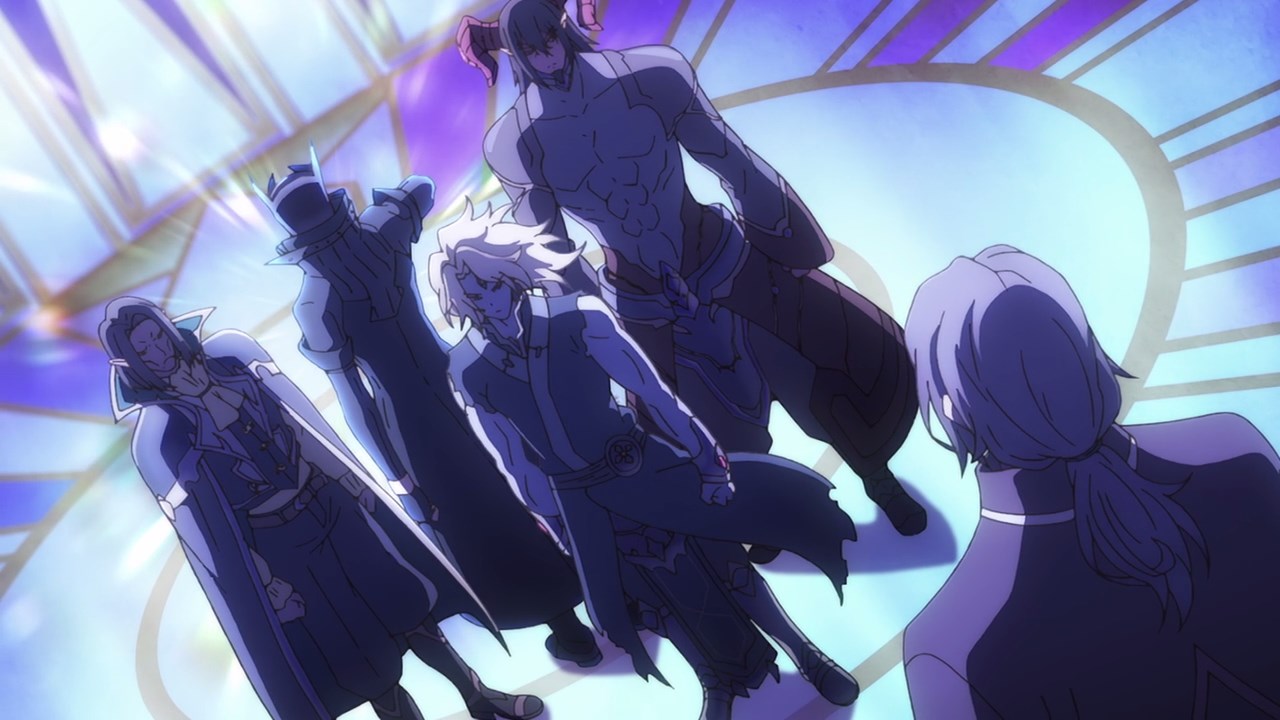 Turns out that demons have infiltrated the shrine. Not just ordinary demons, but Elder Demon Emperors which consist of Medoin Garsa, Eldora Zaia, and Zorro Angato.

Also, a certain phony demon lord has arrived where he’s gonna pull the legendary sword Evansmana from its stone. Of course, Diego dismissed it as there’s no way a demon would wield Kanon’s sword. 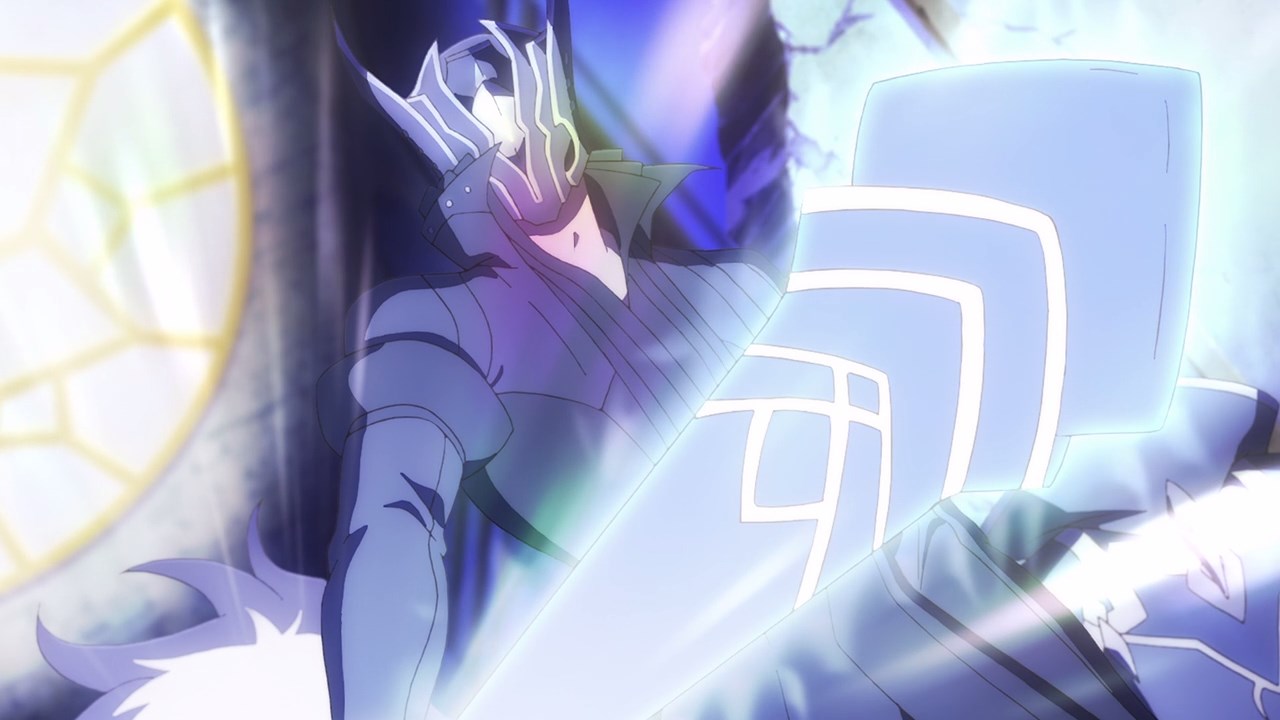 Well, not anymore as Avos Dilhevia has pulled Evansmana like it was nothing. Gotta say that Diego is in danger now that a demon is wielding the legendary sword. 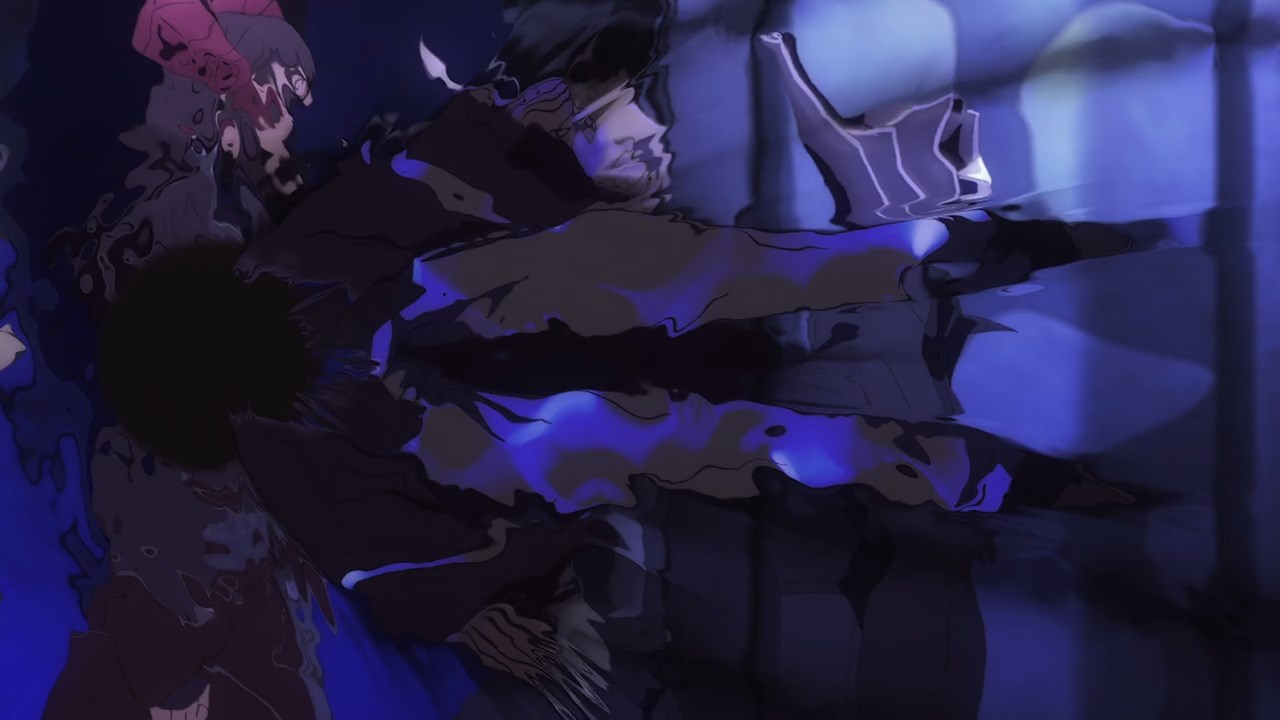 Except that Diego Kanon Ijaysica sucked into the black hole until he’s dead. Man, Diego sure inherited Jerga’s weakness… and that’s his stupidity when facing demons who are stronger than him. 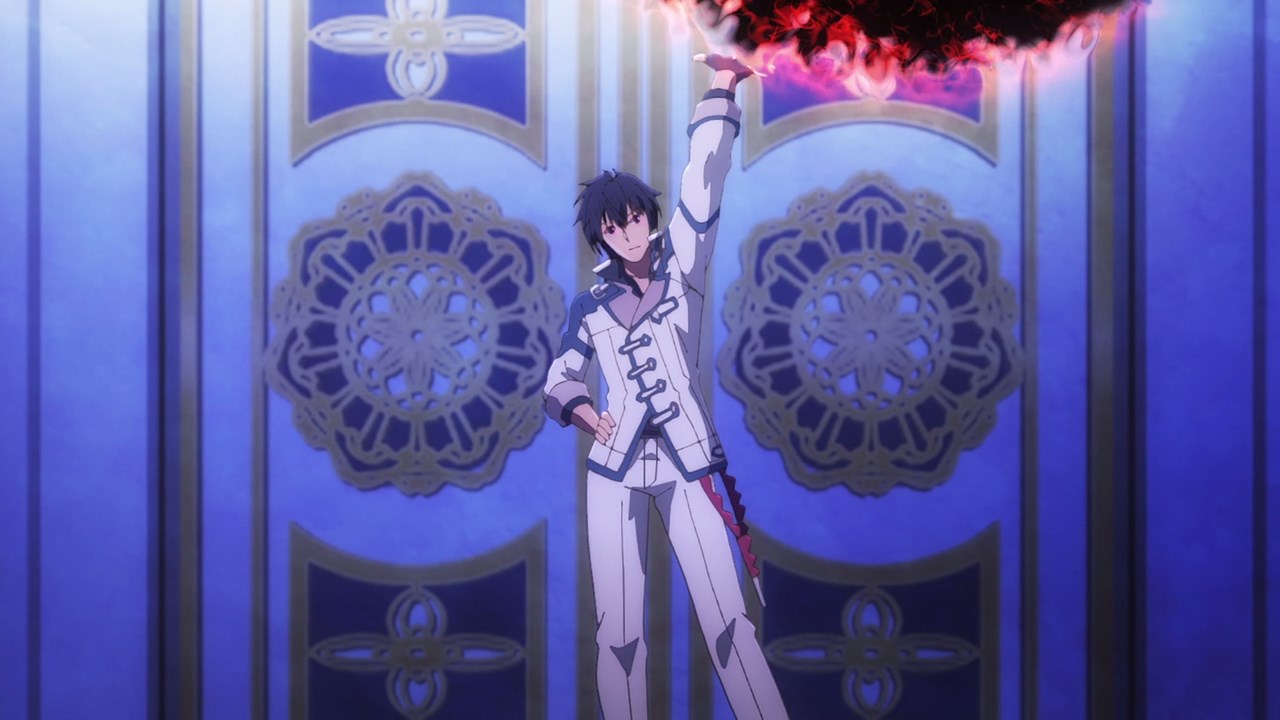 Now that Avos Dilhevia has finally showed up, it’s time for Anos Voldigoad to take this impostor out. After all, there could only be one Demon Lord of Tyranny. 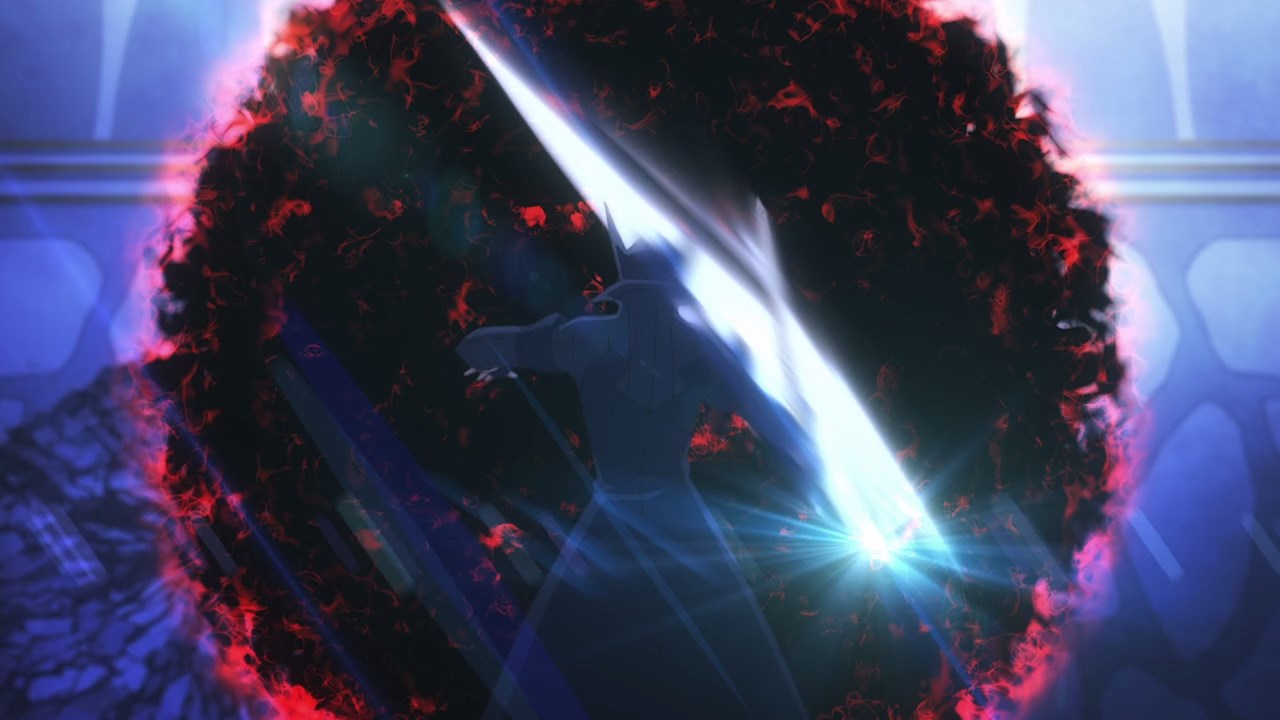 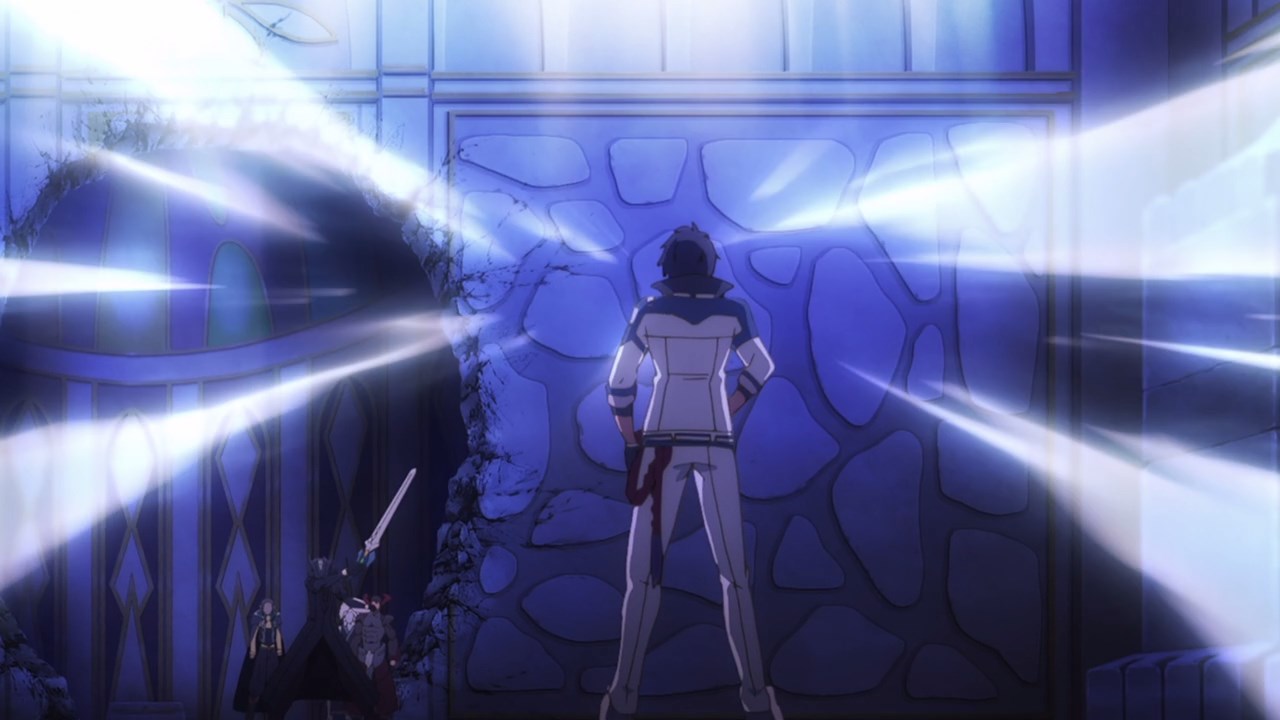 Except that Avos doesn’t want to lose as he cut Anos’ Jio Graze using Evansmana. Of course, Anos managed to block his attacks since the legendary sword can kill a demon lord with a single slash.

However, Avos Dilhevia doesn’t want to take out the real one as he wants to wage war against the humans. Oh, so they want to settle their unfinished business once and for all, huh? 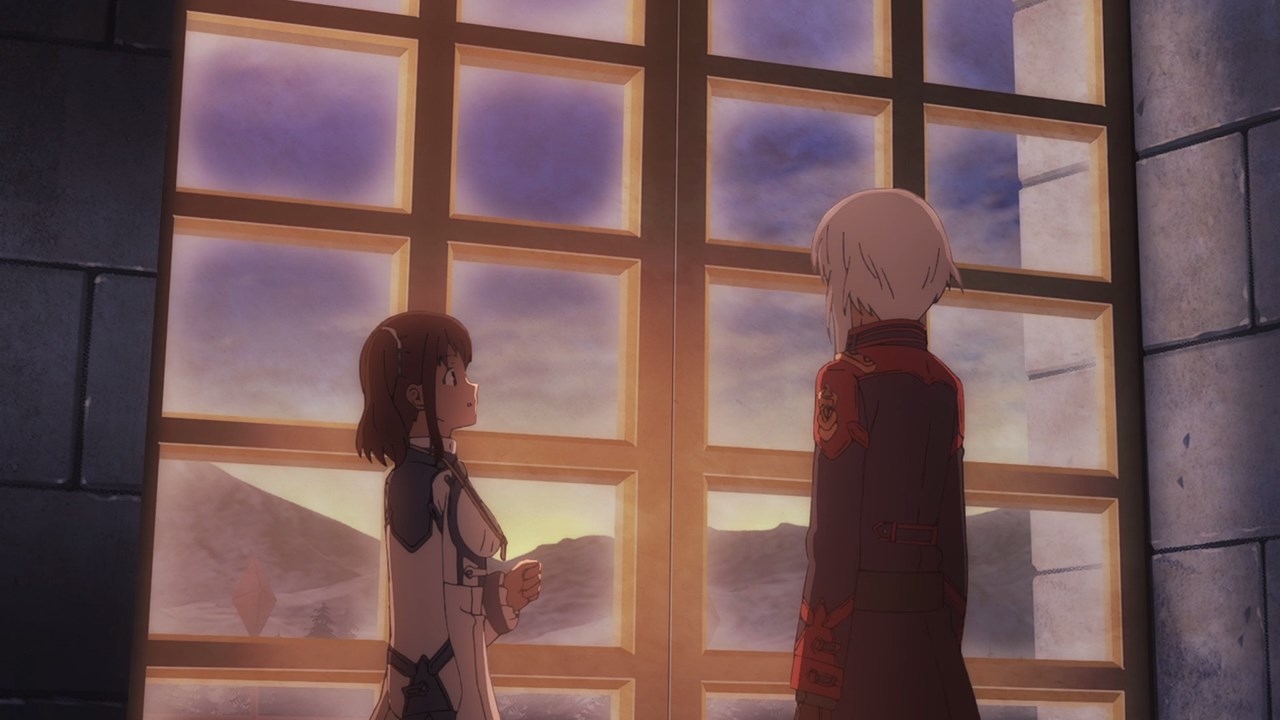 With that said, Azeshion and Dilhade will engage in a war that will claim more lives than the previous one, which happened 2,000 years ago.

Of course, Misa Ilioroagu doesn’t want to see demons and humans killing each other as she’ll help Anos Voldigoad on stopping this bloodshed. 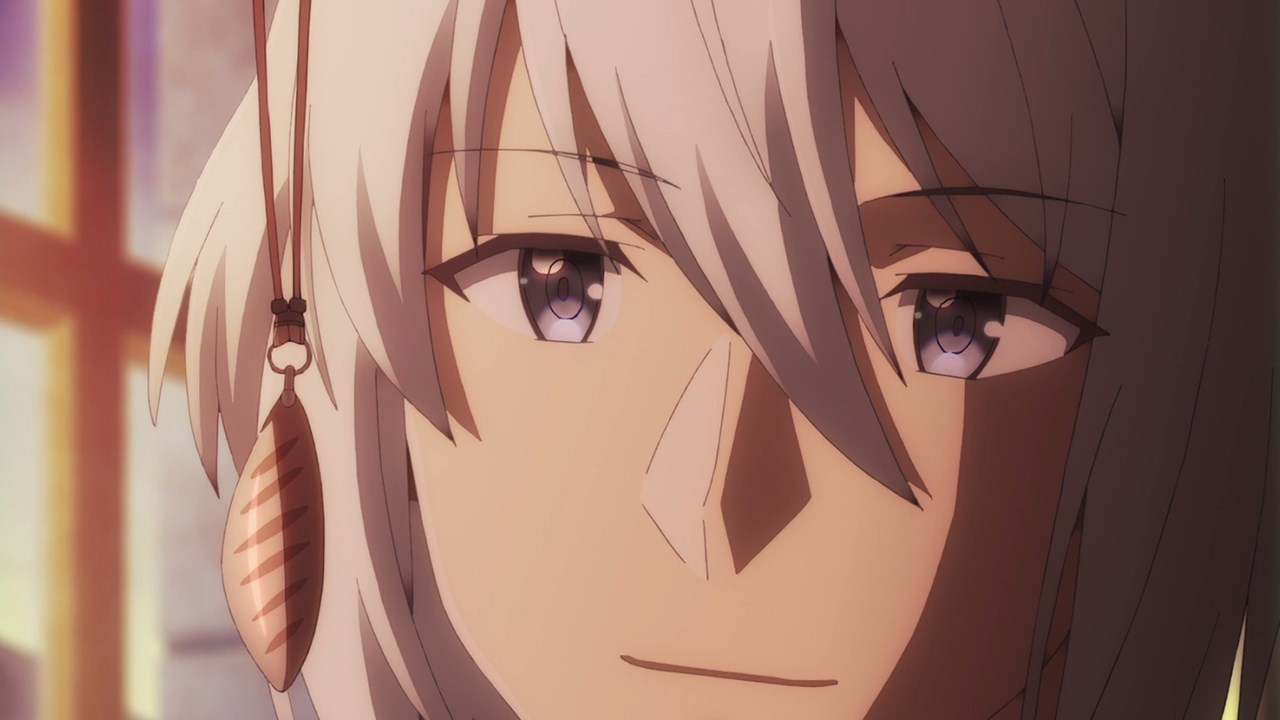 On the other hand, Lay Glanzudlii took one of the Mishence Necklace from Misa to serve as a protection charm in the upcoming war. 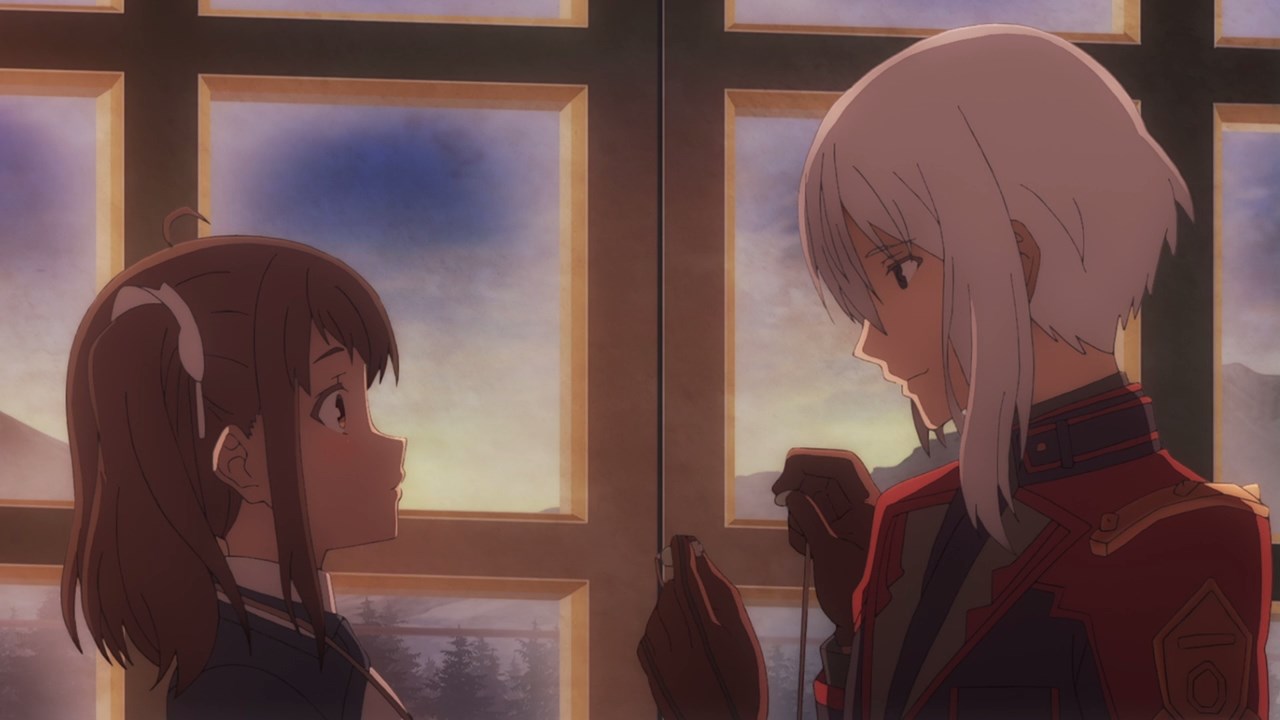 Then again, I smell a death flag coming as Lay might die after making a proposal to Misa. Oh please Lay, I want you to survive! 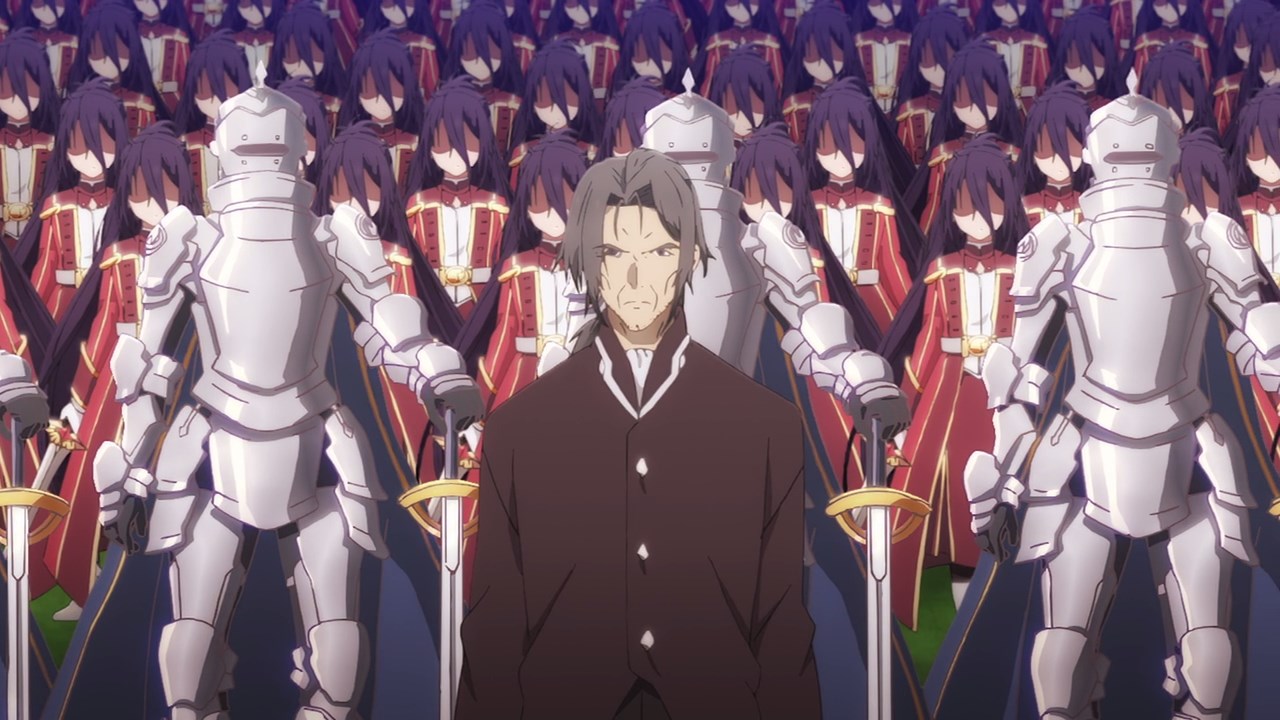 Now then, the eternal peace between humans and demons have finally broken as they declared war on each other. And while Avos Dilhevia and his demon army will invade Azeshion, Diego Kanon Ijaysica and his demon subjugation army will crush them.

Speaking of Diego, I say that he’s the most relentless human who refused to die until he crush all demons. Also, Diego is surrounded by Zeshia clones, which begs the question on what happened to Eleonore Bianca? 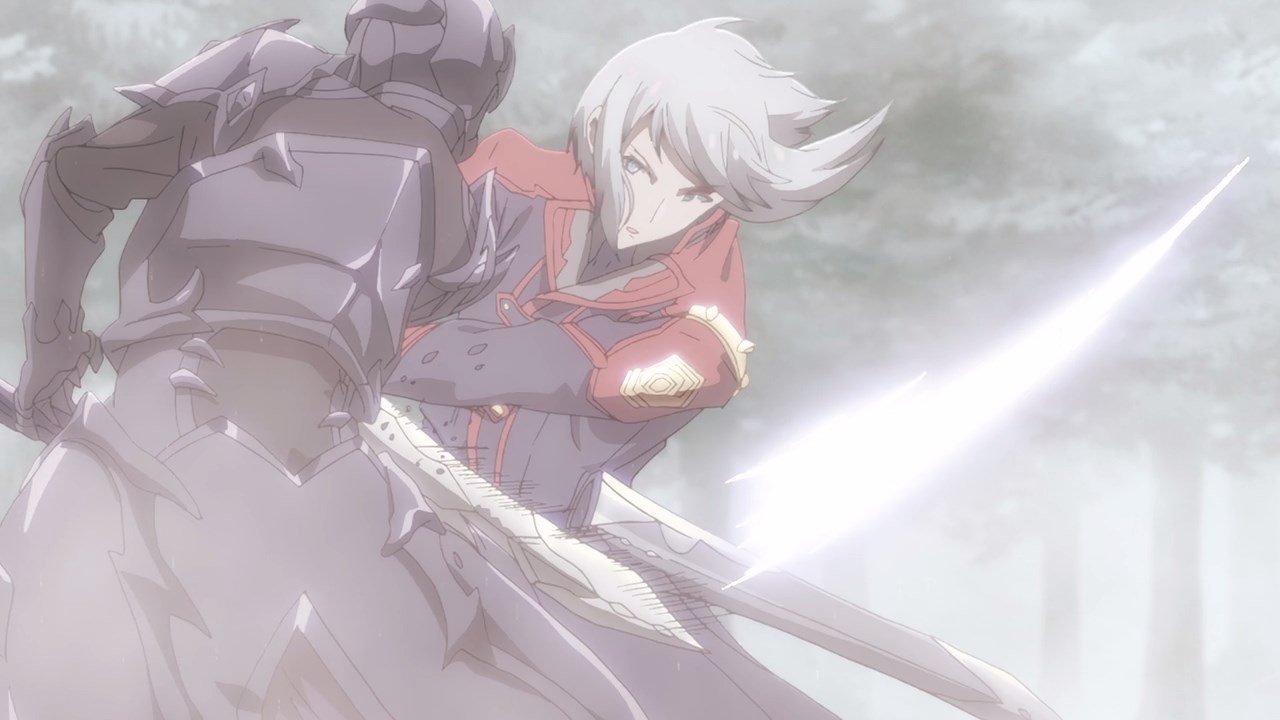 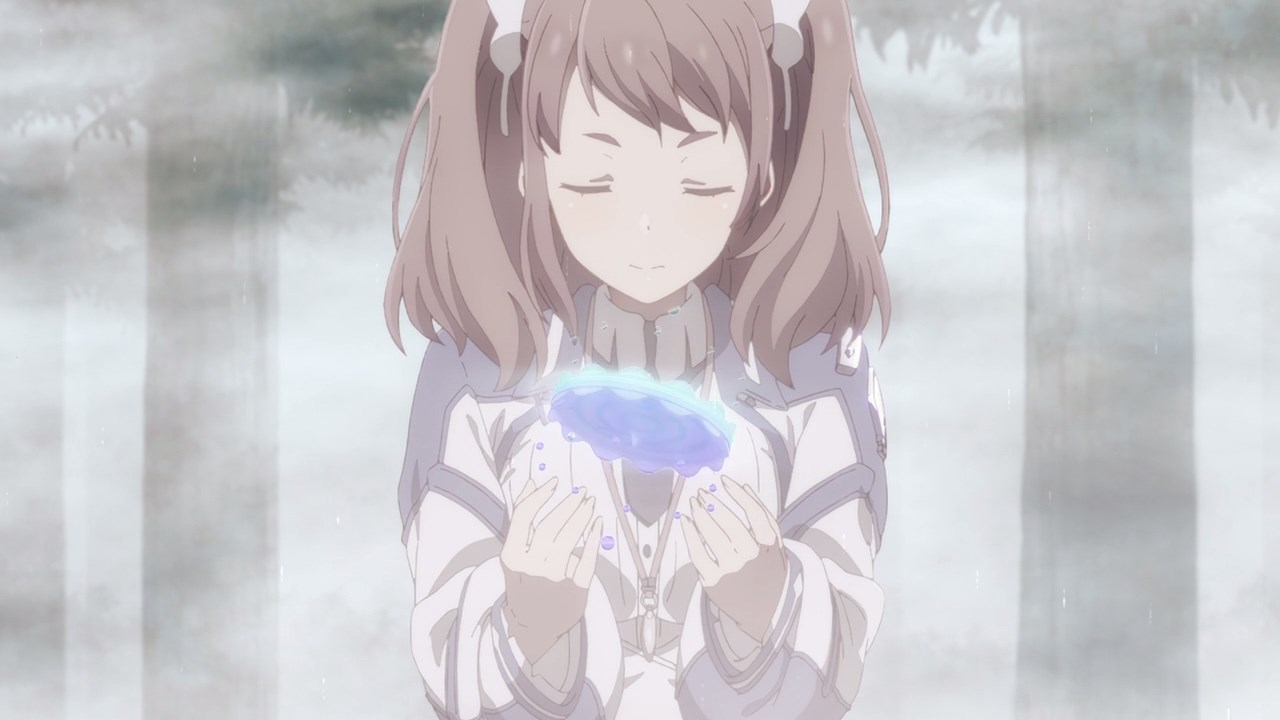 Back in Dilhade, looks like Avos’ demon army is being crushed by the combined power of Lay Glanzudlii and Misa Ilioroagu. Looks like they’re doing their best to stop those demons from killing innocent humans. 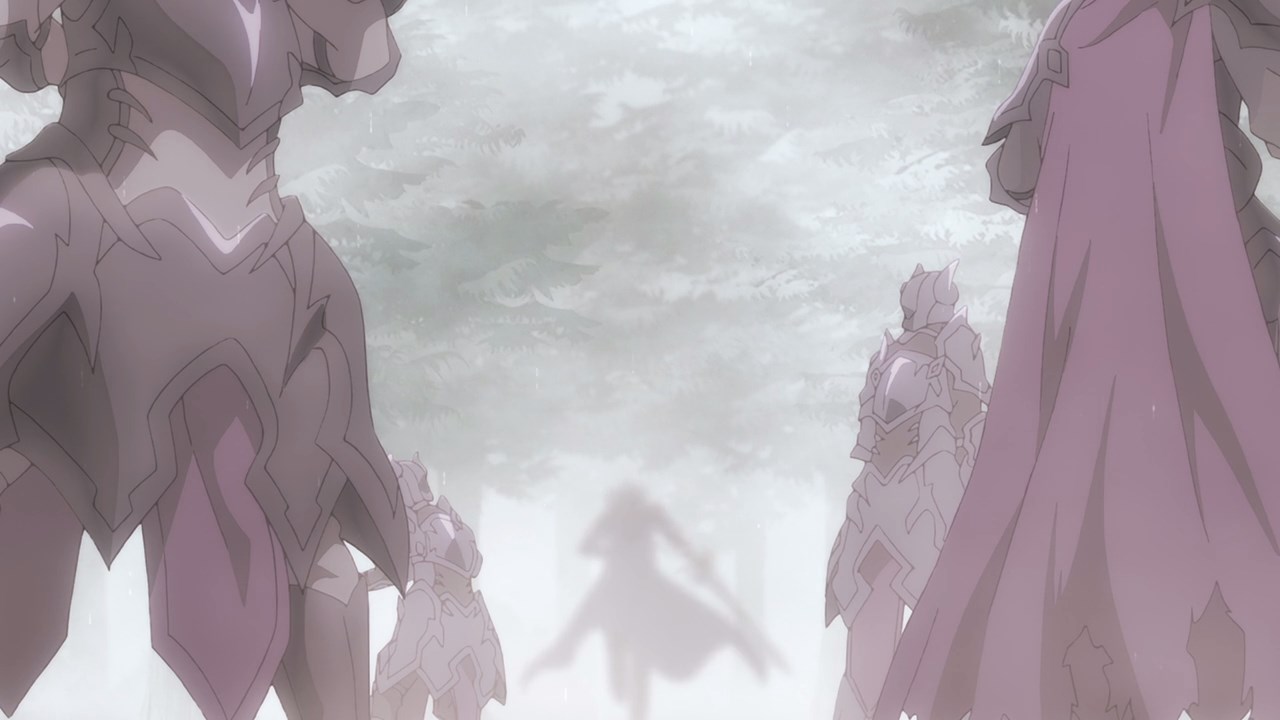 But shortly after, Lay Glanzudlii disappeared which leaves Misa Ilioroagu all by herself. Hm, something’s weird going on here… 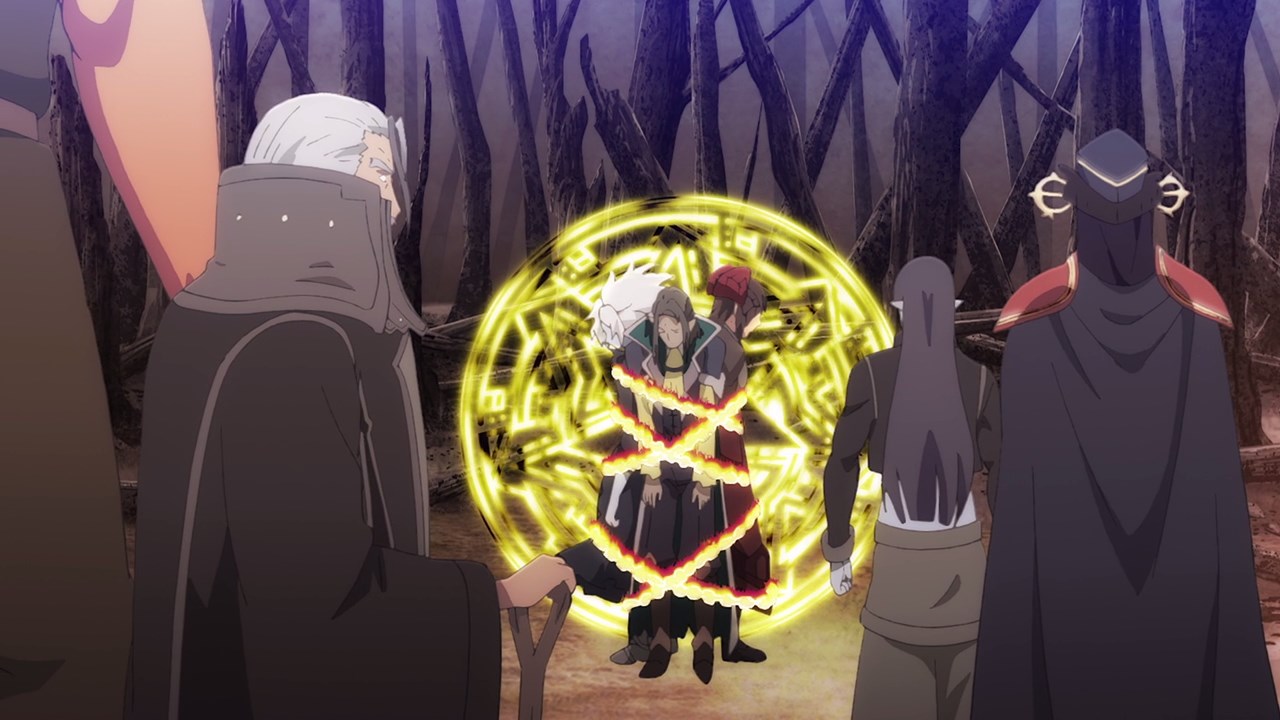 Meanwhile, the Elder Demon Emperors under Anos’ command have managed to capture Medoin, Eldora, and Zorro.

However, it appears that they don’t put much resistance, which is weird since they’ll kill traitors who serve Anos Voldigoad. Okay, where’s Avos Dilhevia? 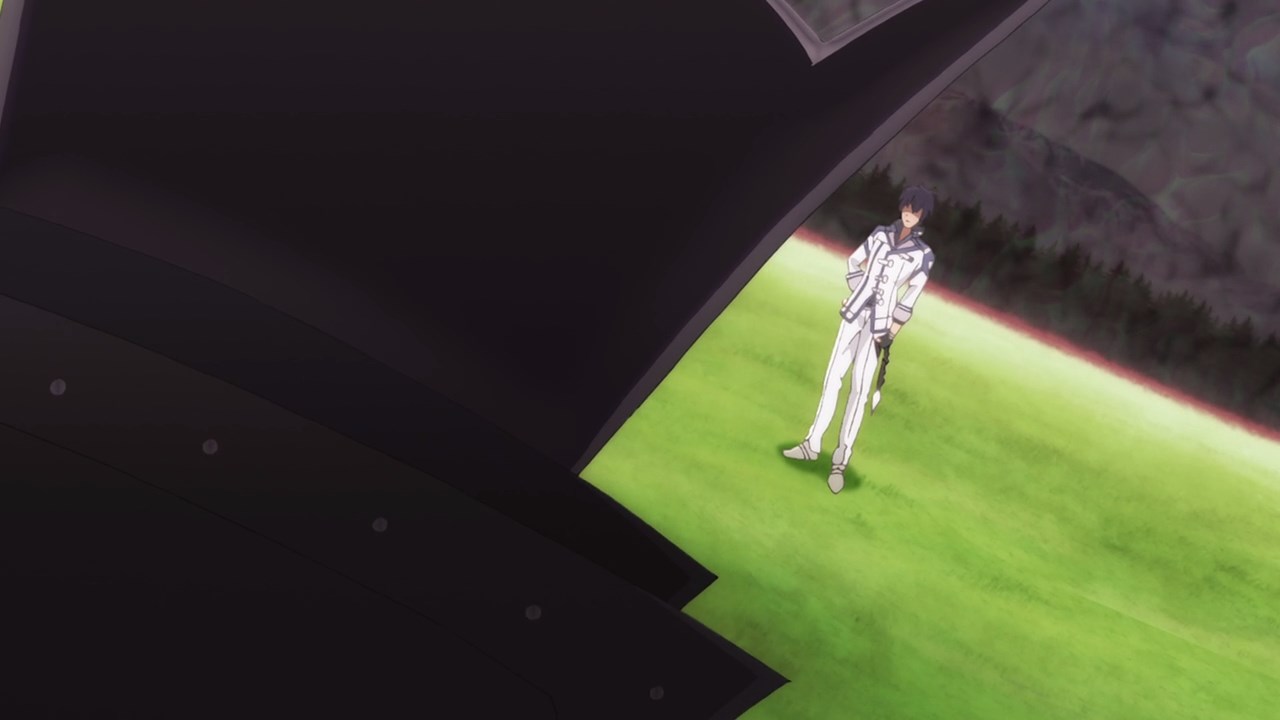 Oh, looks like the impostor demon lord has decided to confront Anos Voldigoad once and for all. I guess Avos Dilhevia doesn’t want to use dirty tricks against the real demon lord. 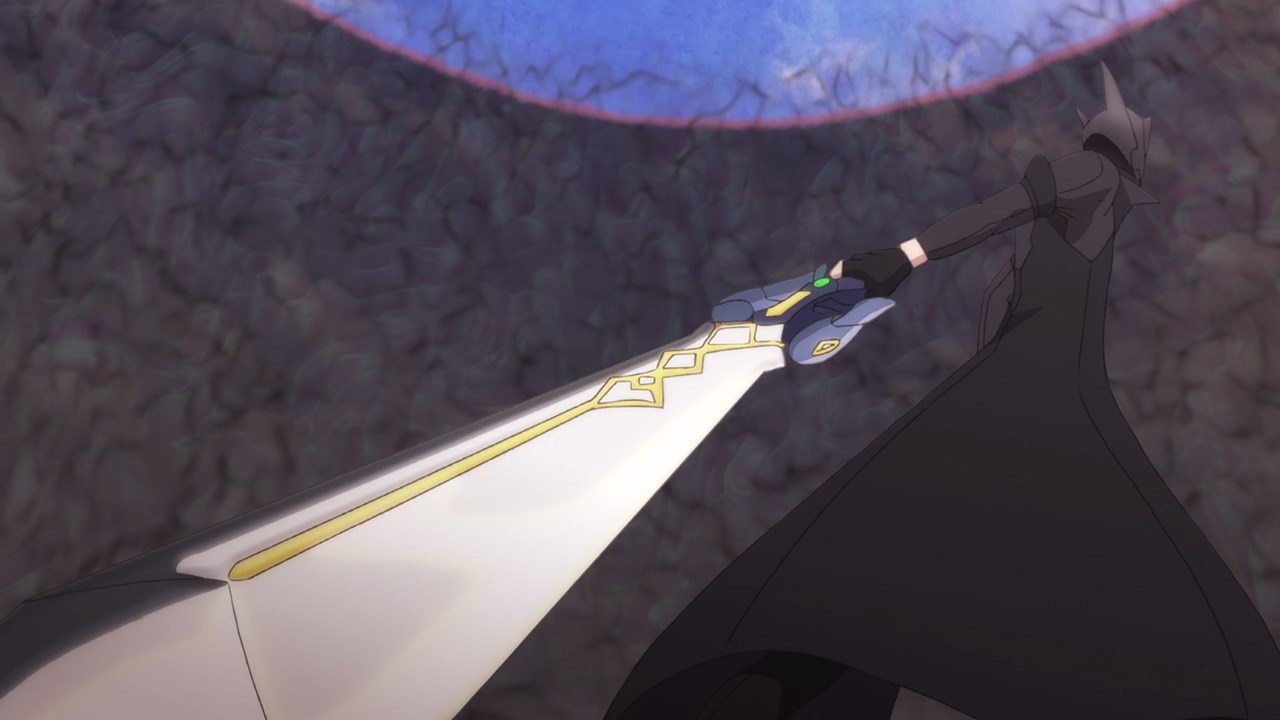 However, he still has Evansmana which would put Anos Voldigoad in a disadvantage. C’mon, he got killed by Kanon using that legendary sword. 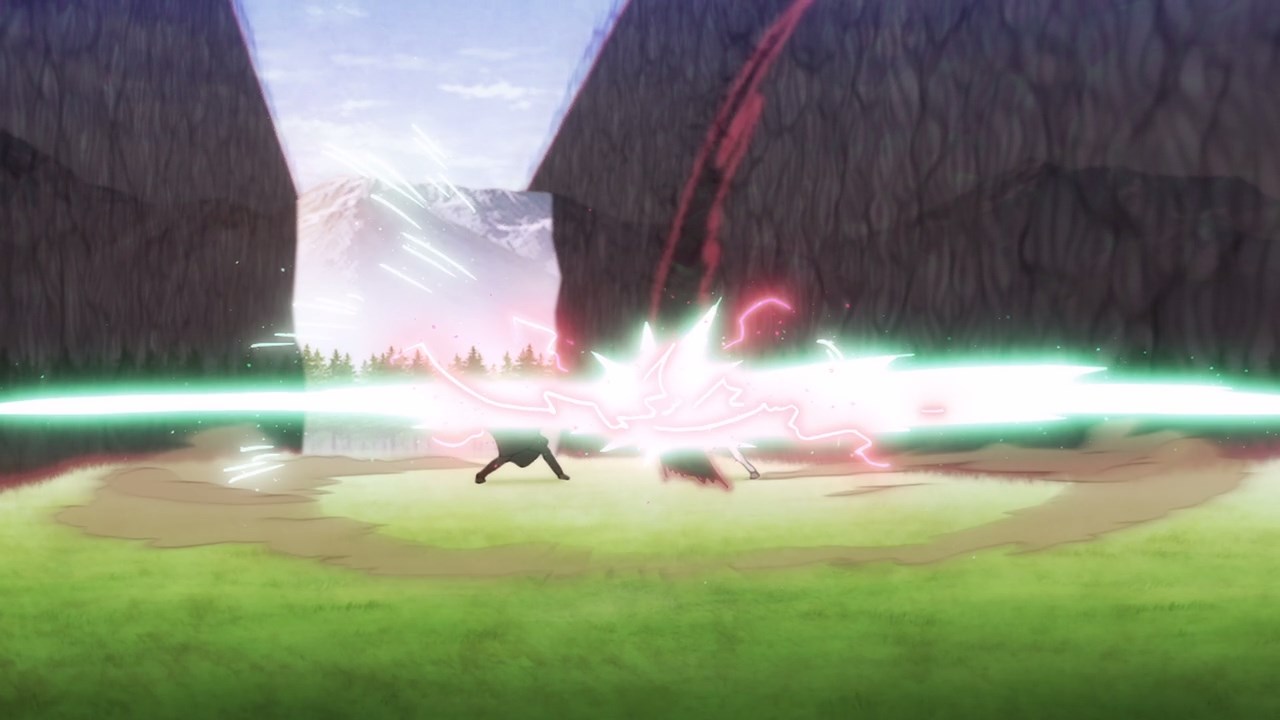 With that said, both demon lords clashed as they’re evenly-matched. Man, I’m scared that Anos might lose over an impostor. 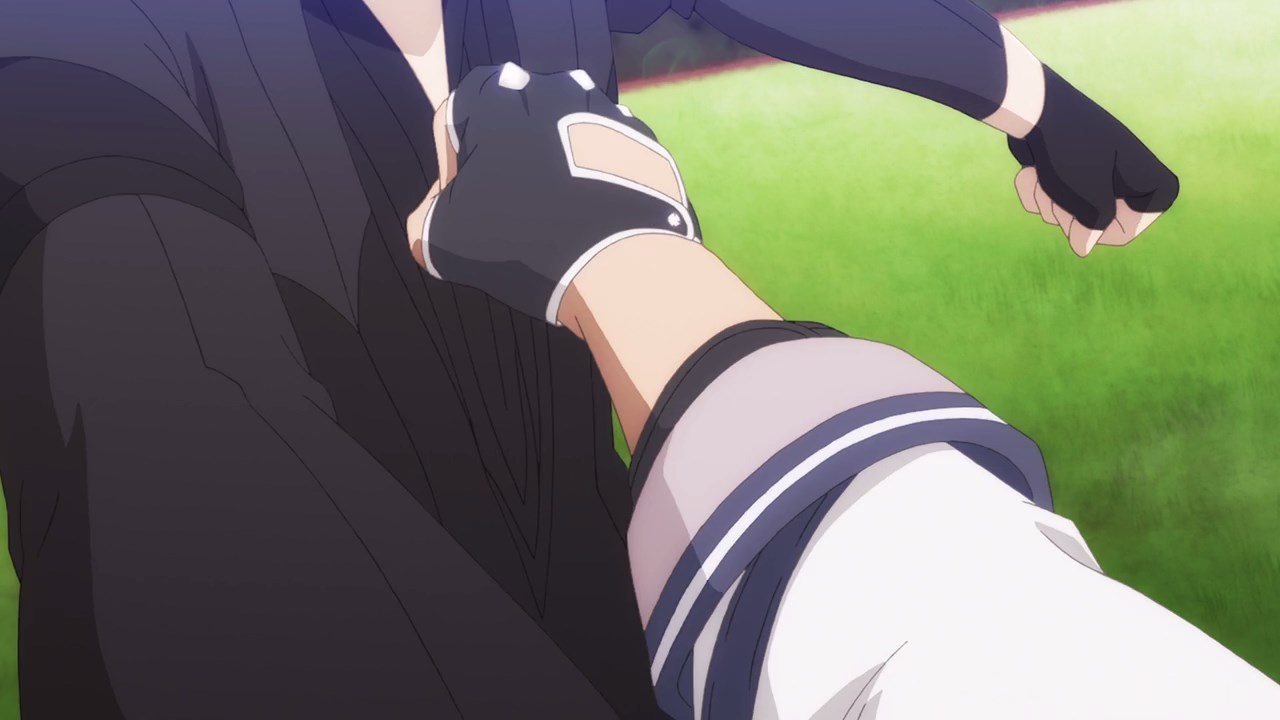 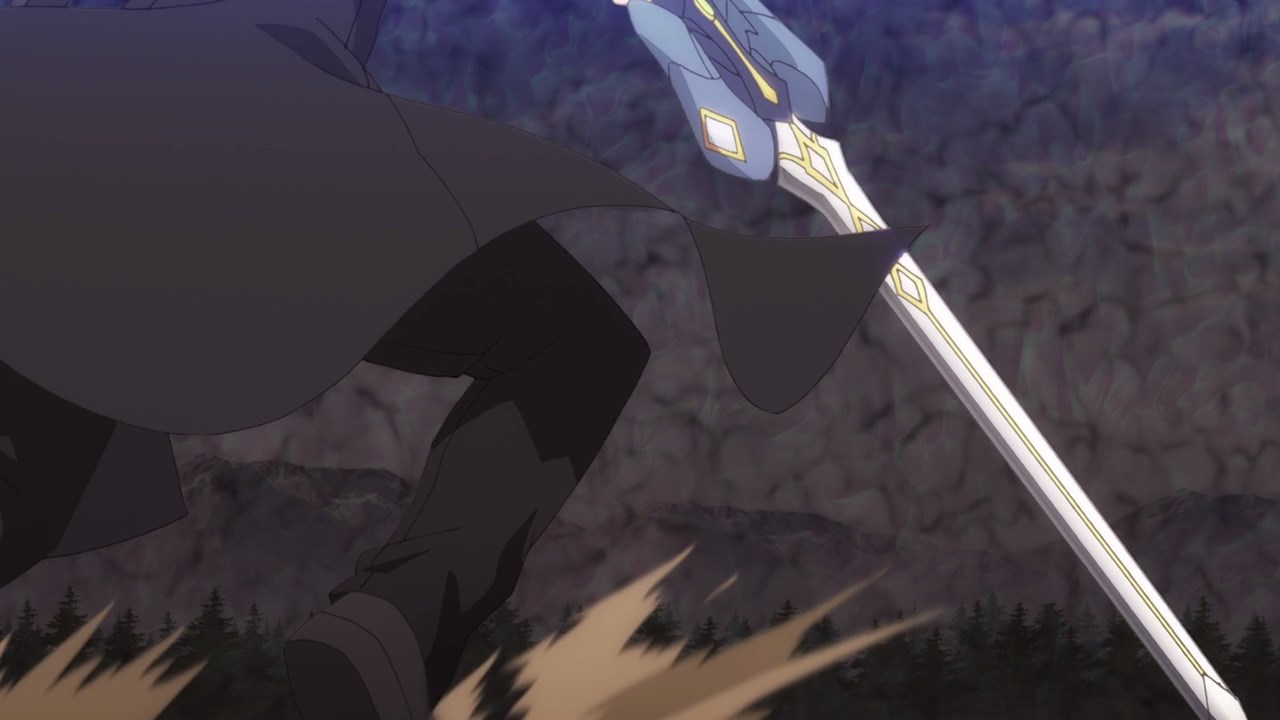 However, it appears that Anos Voldigoad got something shiny from Avos Dilhevia. Oh, I wonder if that impostor is wearing a talisman that empowers him? 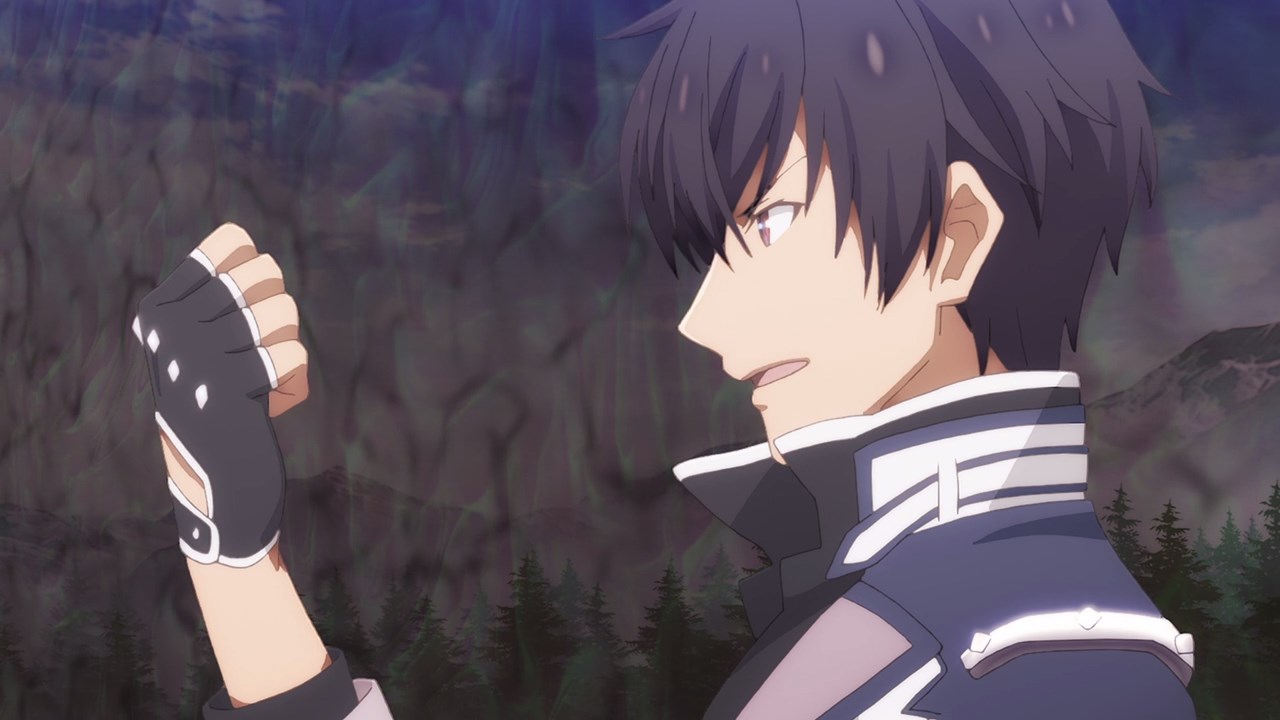 Well, Anos found out that Avos is not wearing some kind of magic enhancement accessory since the real demon lord doesn’t need one. 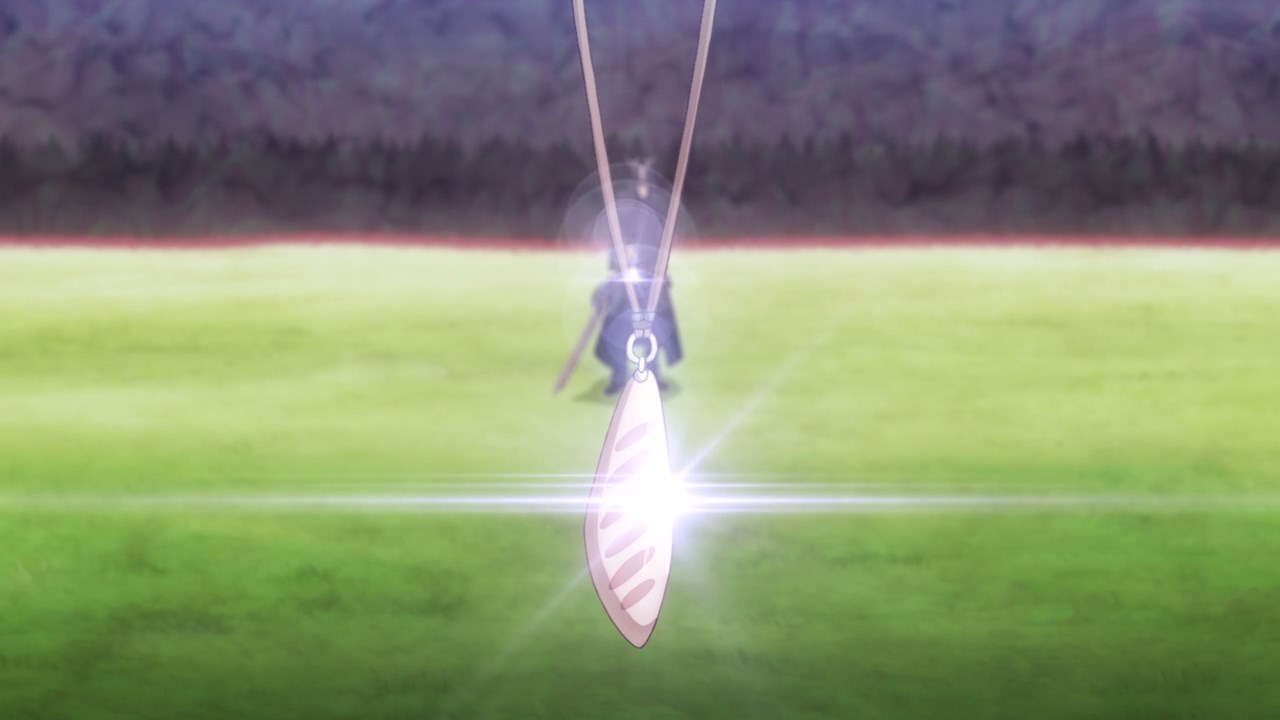 Rather, it’s a Mishence Necklace. Hold the phone there, how come Avos Dilhevia has it and does he know the legend of the holy seashell necklace? 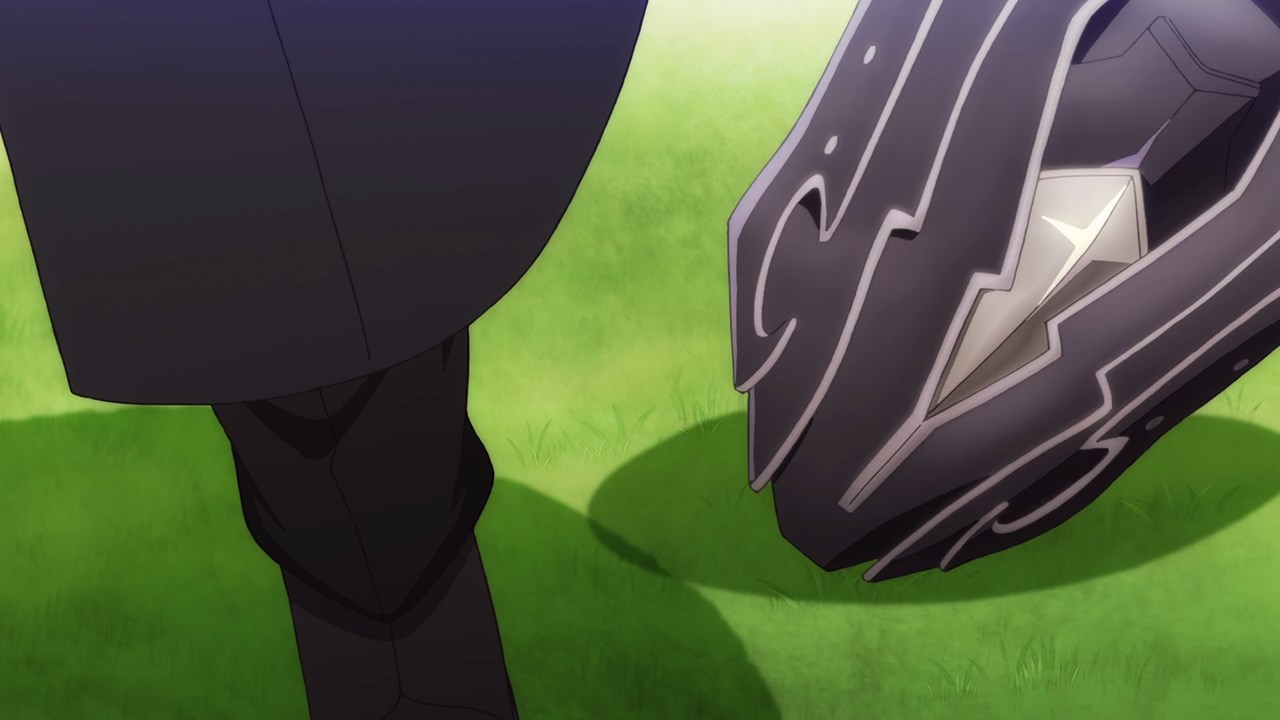 Speaking of Avos, looks like he doesn’t want to hide his face anymore as he removes his helmet… 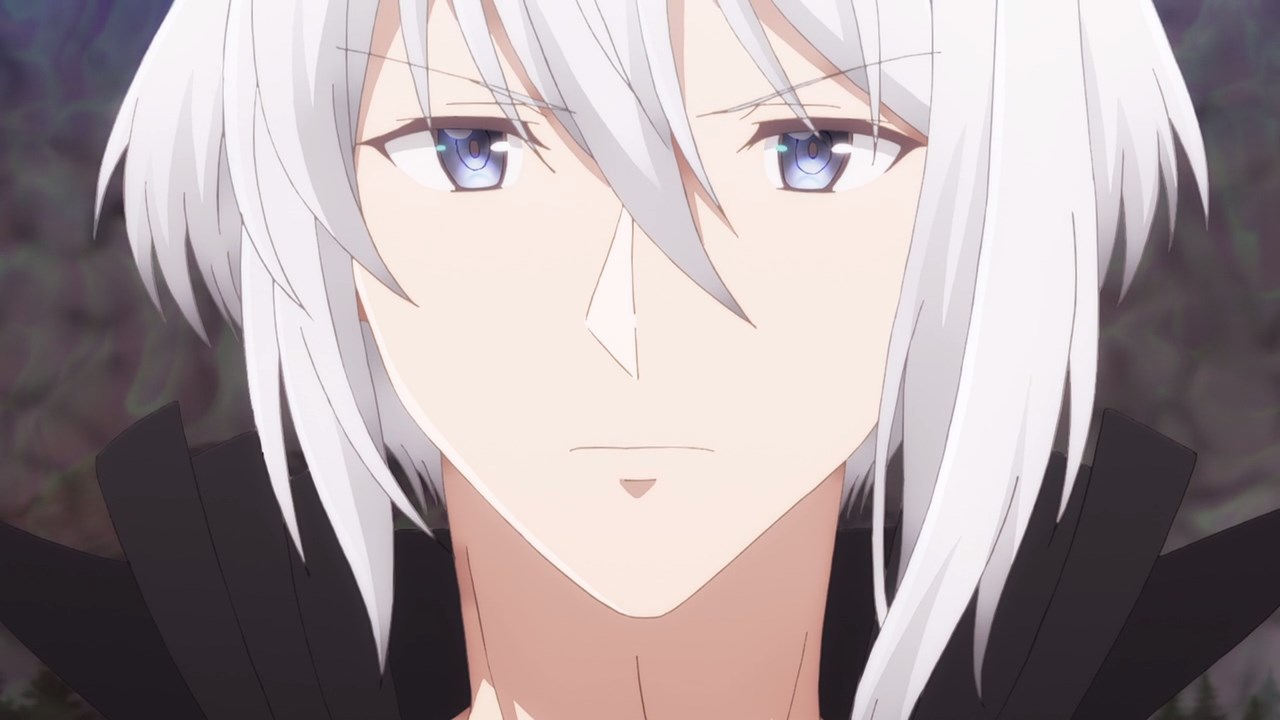 …which revealed to be Lay Glanzudlii!? Okay, don’t tell me that he’s the enemy all along? But wait a minute, Lay was lying at the arena why Avos is just hiding there as far as I remember from Episode 8.

In any case, it appears that Anos Voldigoad knows the true identity of Avos Dilhevia or Lay Glanzudlii as this guy is actually the legendary hero Kanon. Still, I don’t know why Kanon became a demon lord where he should have saved himself from being betrayed by Jerga.

God, I feel that I need some answers on the final episode because honestly, this reveal is so shocking to me!