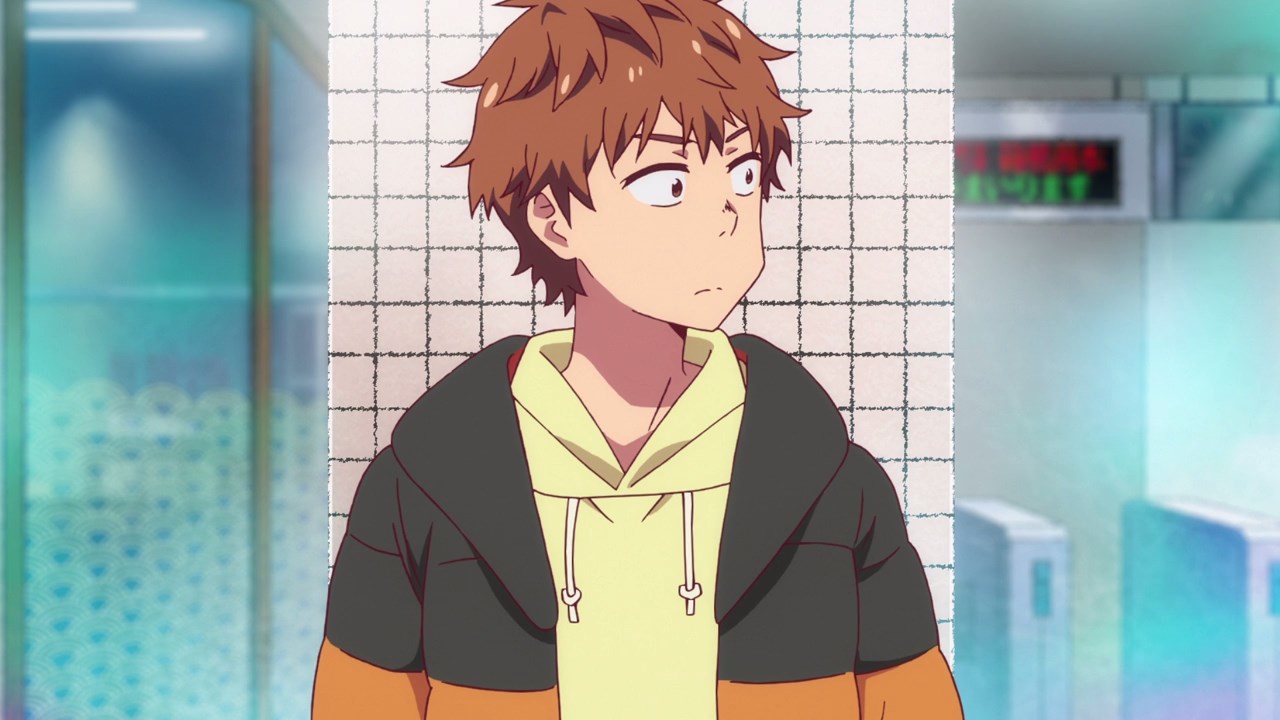 This is it, the penultimate episode of Kanojo, Okarishimasu where Kazuya Kinoshita will meet a newbie rental girlfriend as Chizuru Mizuhara asked him a favor. 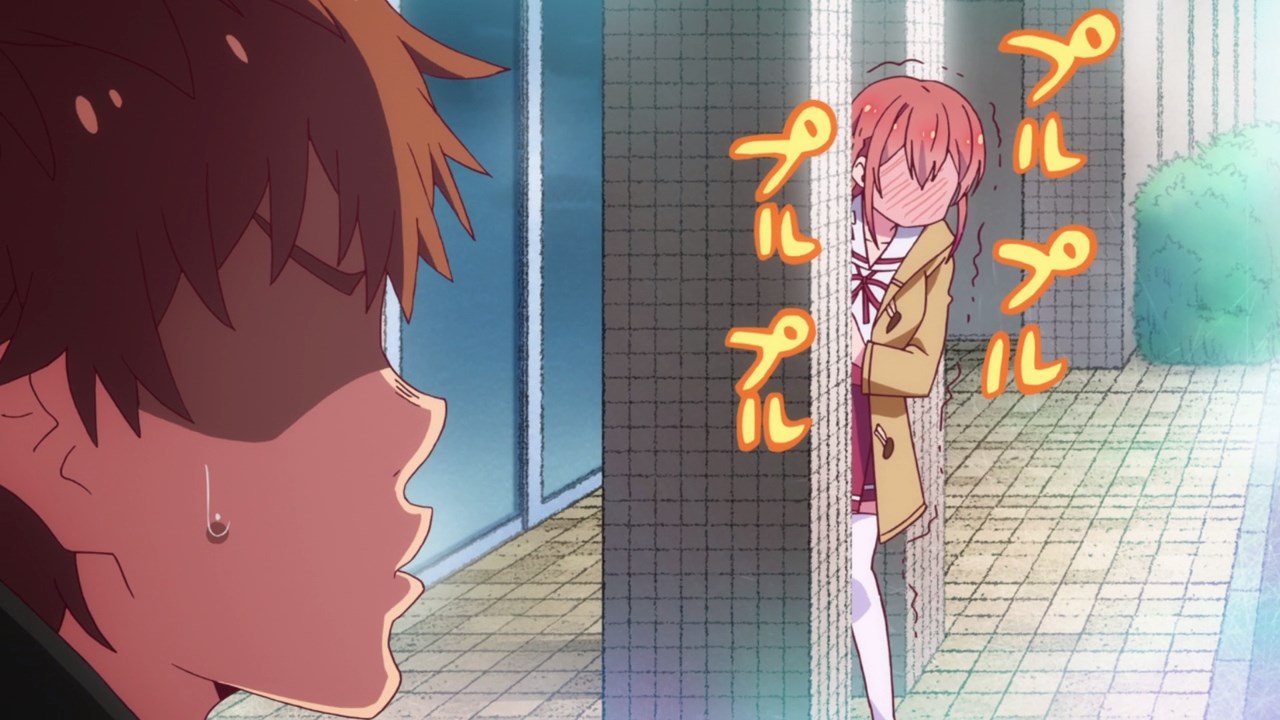 On second thought, it appears that this rental girlfriend is shy… Very shy that she just hide there in the corner.

Um miss, Kazuya won’t harm you or anything ’cause he’s an idiot who simps at Chizuru despite being a rental girlfriend herself. 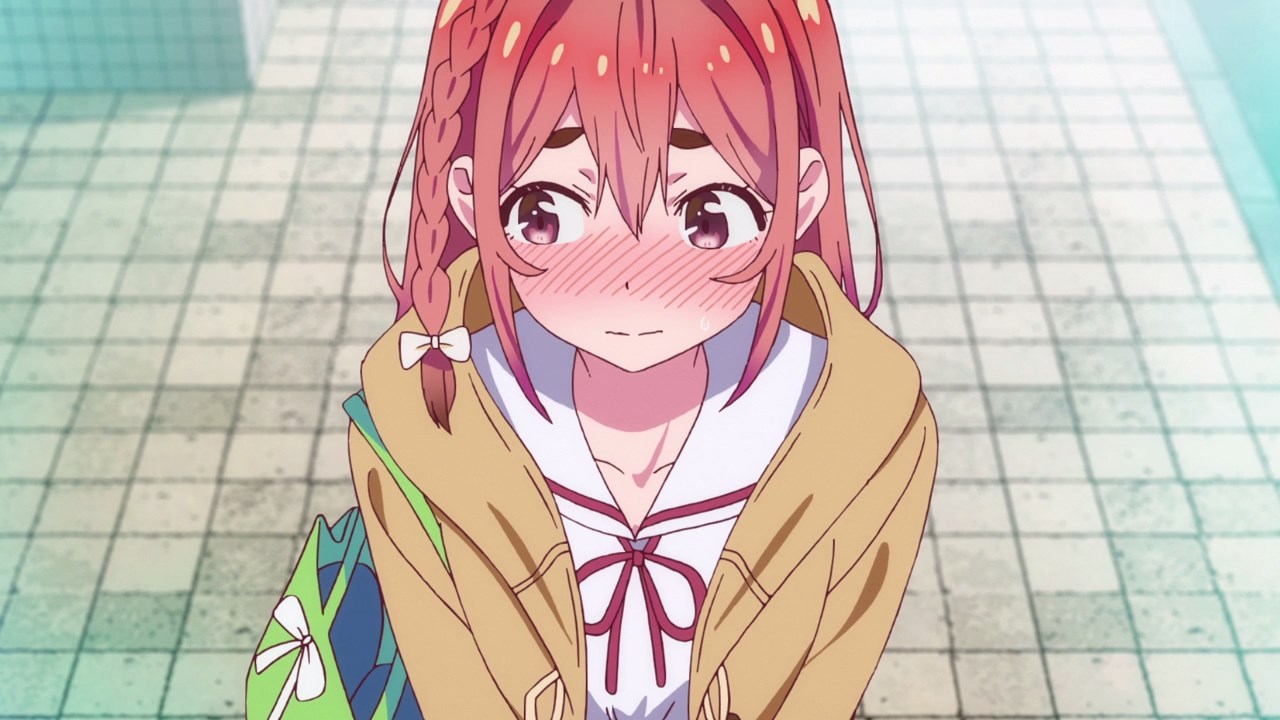 Anyways, this is Sumi Sakurasawa who’s a college student and a rookie rental girlfriend.

Then again, I feel that Sumi-chan doesn’t cut it for the job since she’s timid towards men. 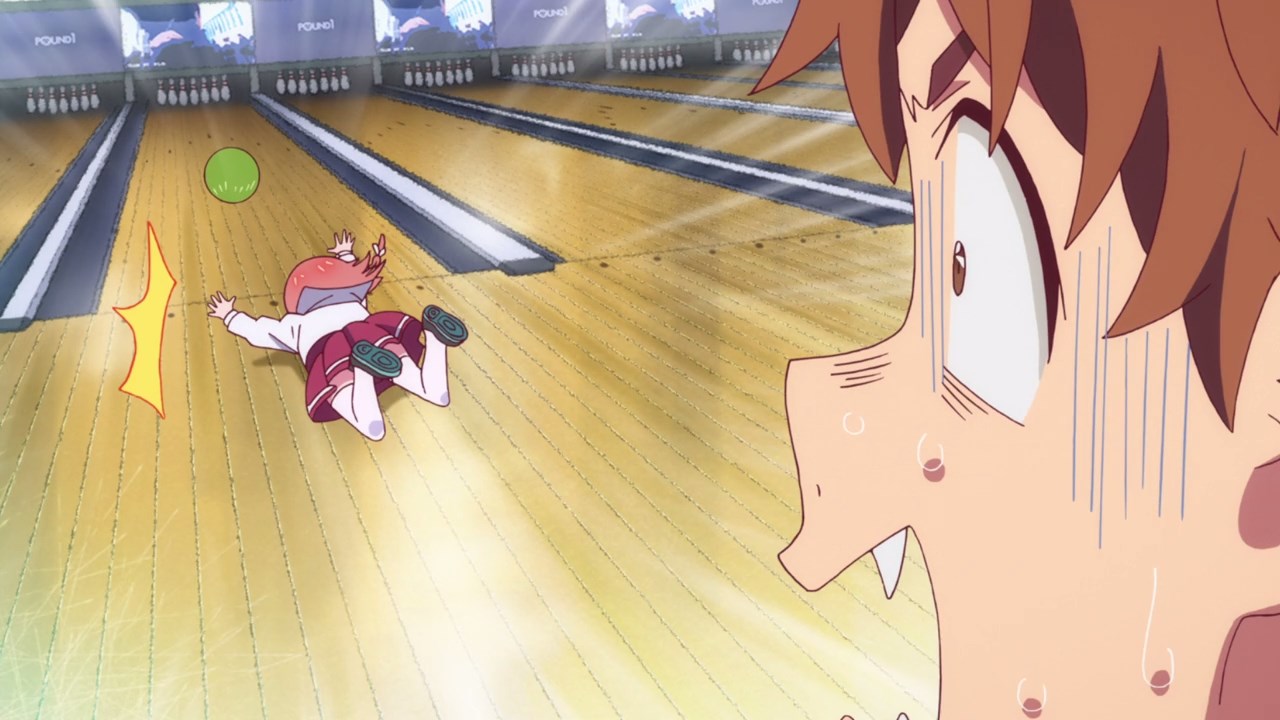 Oh, and she’s not that athletic as Sumi tripped when throwing a bowling ball.

It’s no wonder why Mizuhara wanted Kinoshita to take Sakurasawa out even though she’s not girlfriend material. 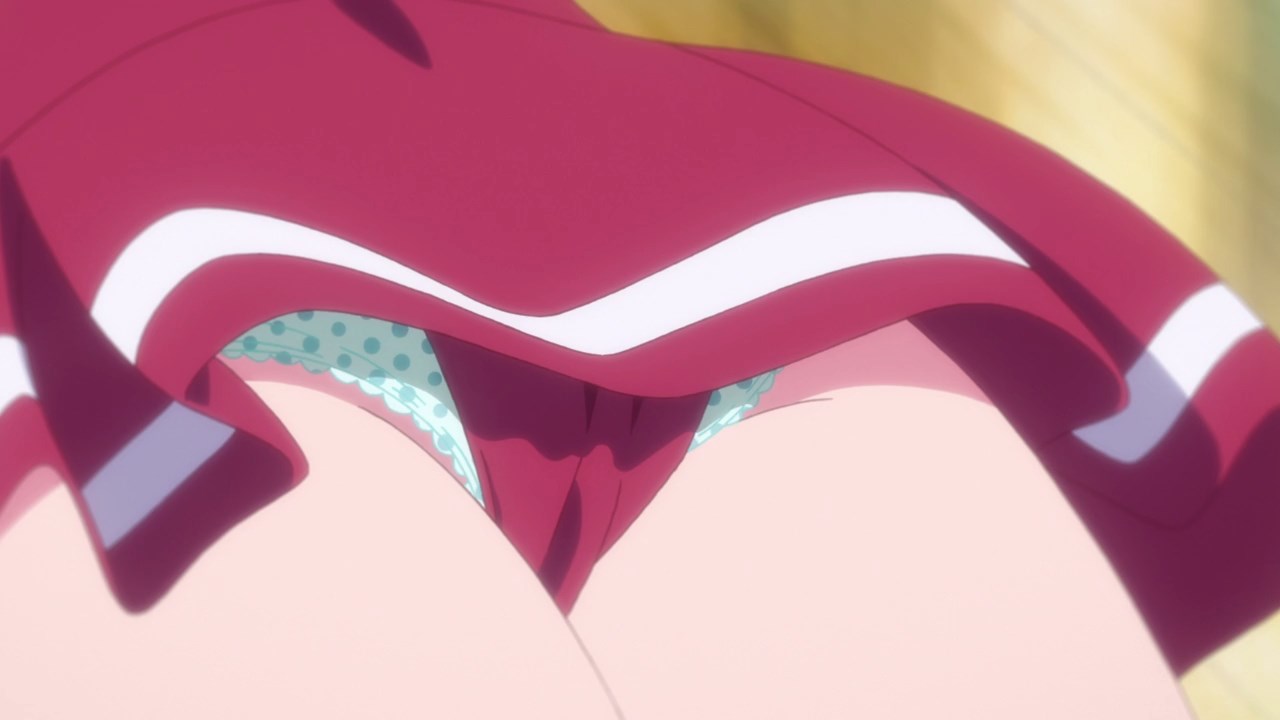 Also, looks like she flashed her panties where someone will have regrets on seeing it, especially when Sakurasawa is wearing two pairs. 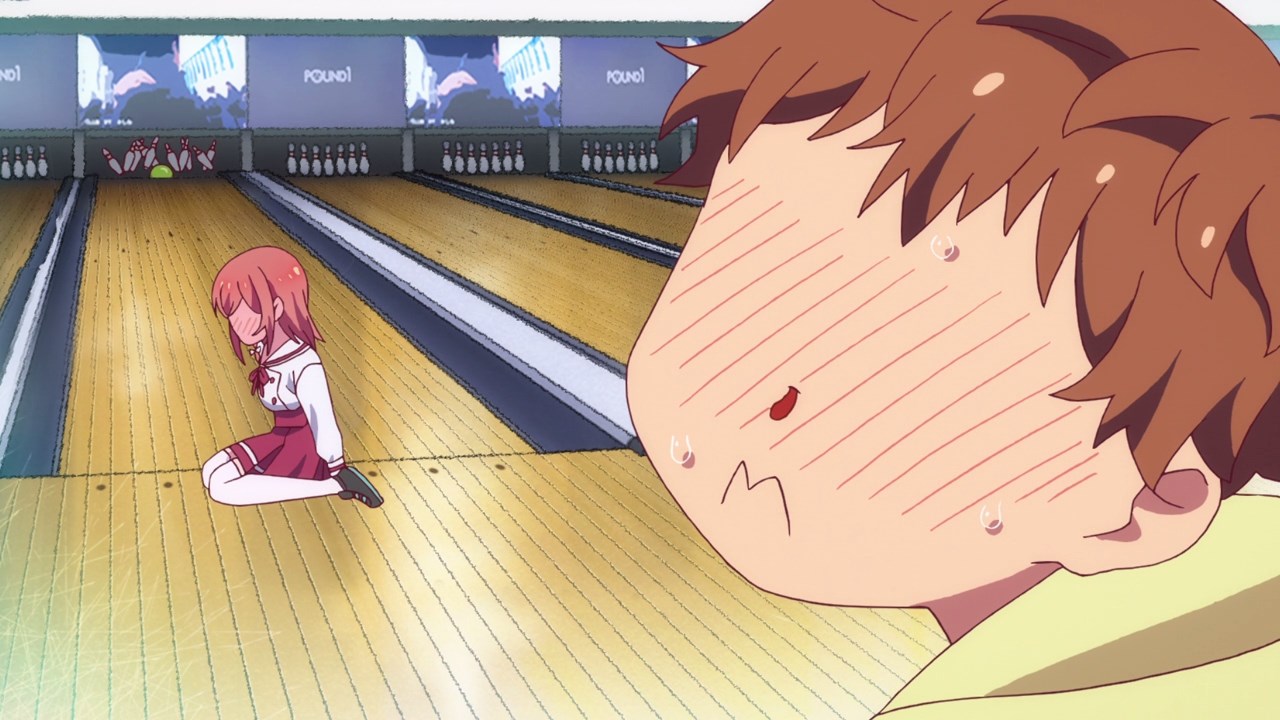 One more thing, this klutz of a girlfriend managed to get a strike despite being a newbie at bowling. Well, that’s something! 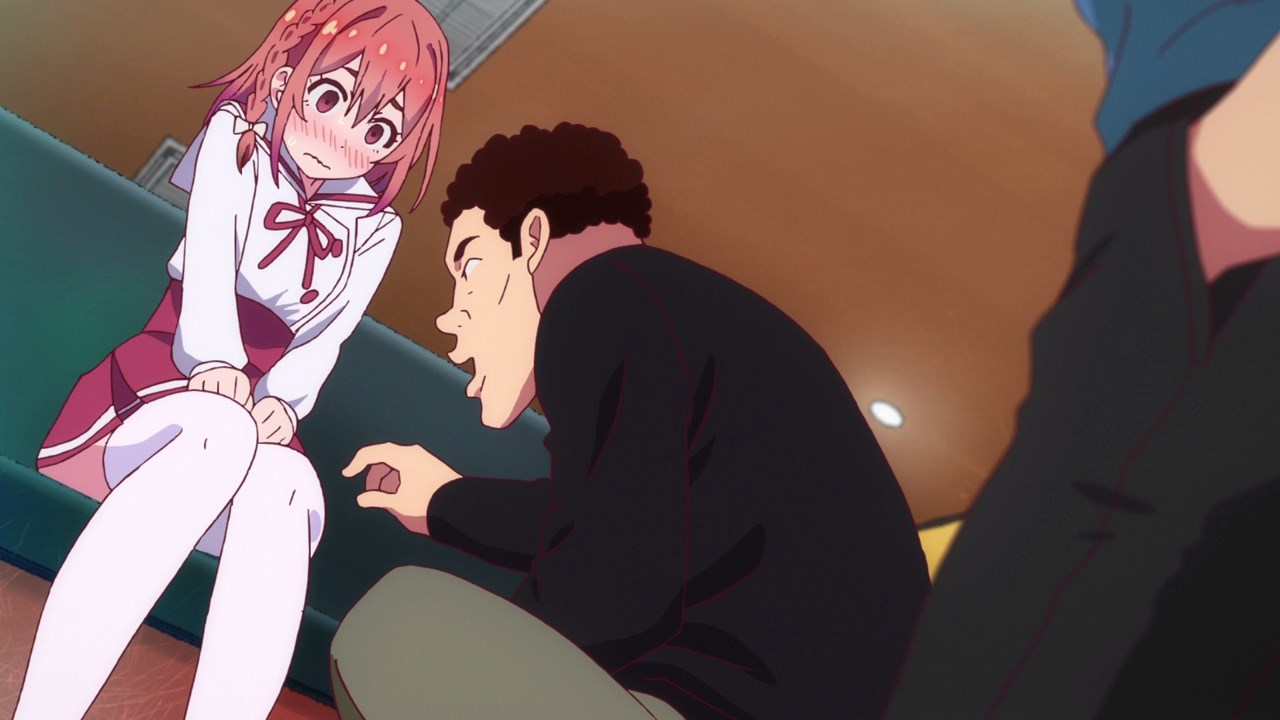 Meanwhile, looks like some punks want to hit on her. Um guys, Sumi-chan doesn’t want to hang out with you ’cause she’s very shy. 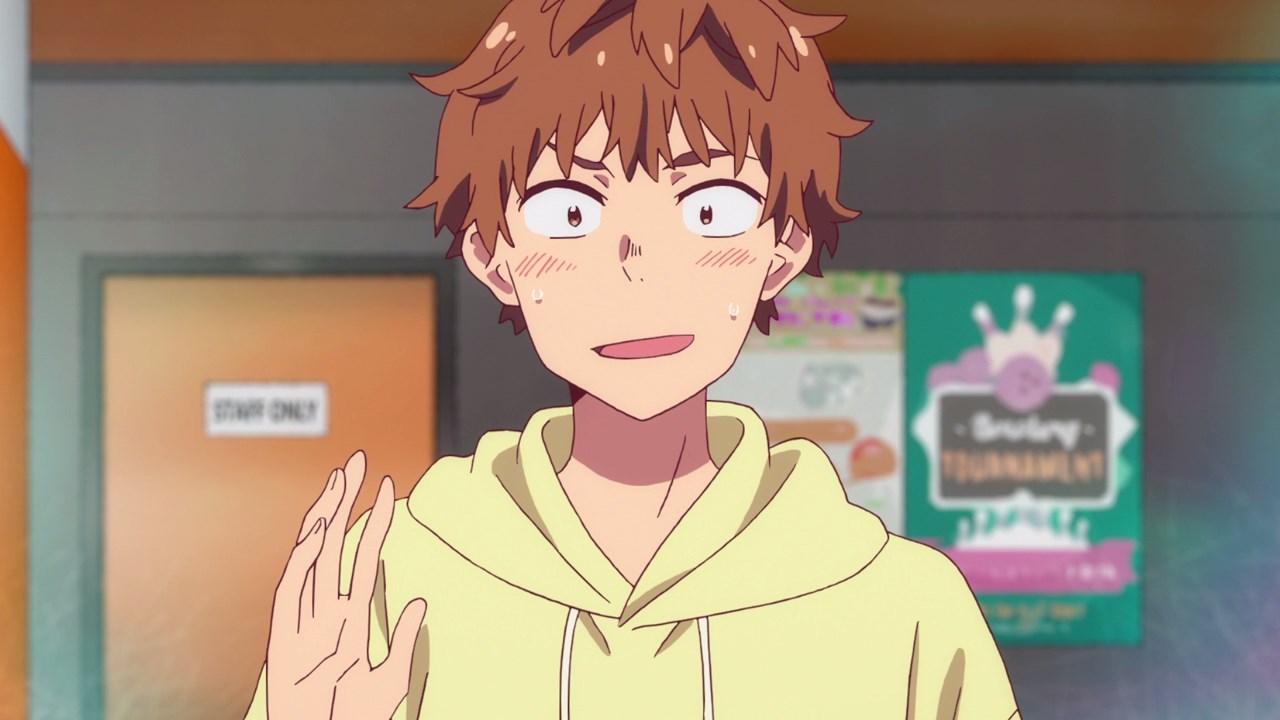 Good thing Kazuya Kinoshita has arrived to rescue Sumi Sakurasawa from goons, although he’s scared that he might get his ass kicked. 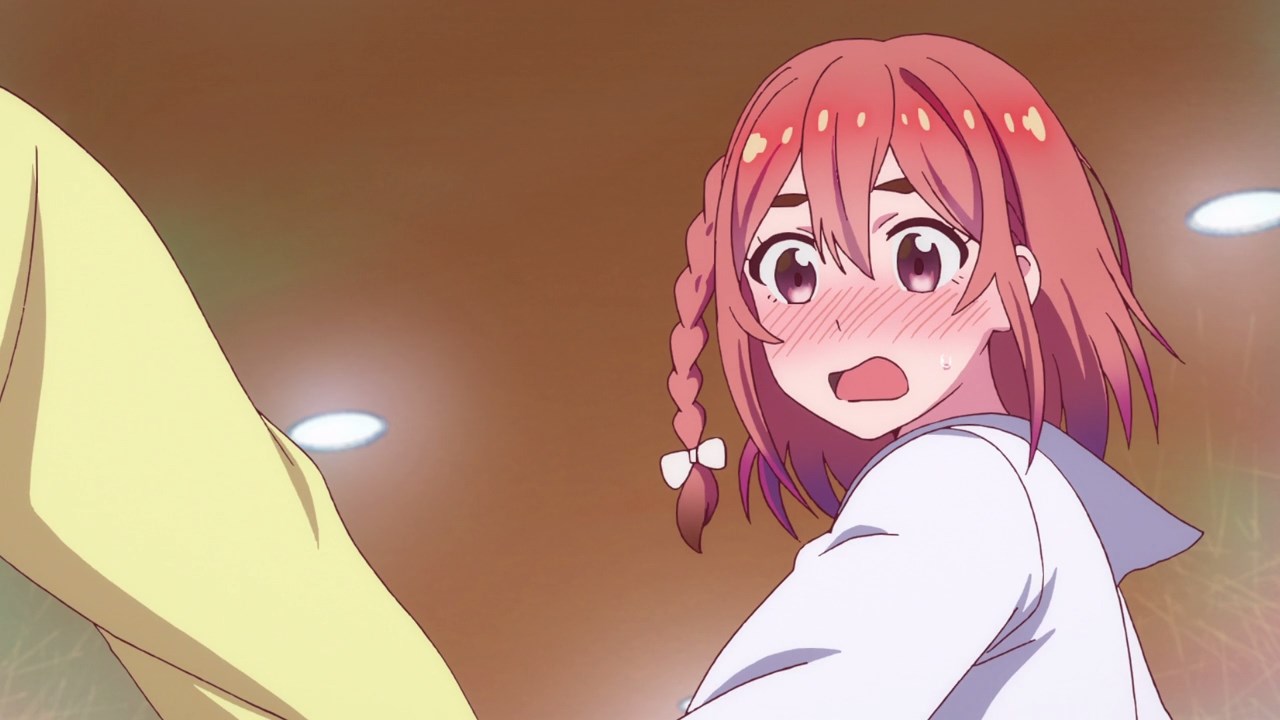 But hey, glad that Sumi-chan is safe as she’s rescued by Kazuya but man, that was a close call for him. 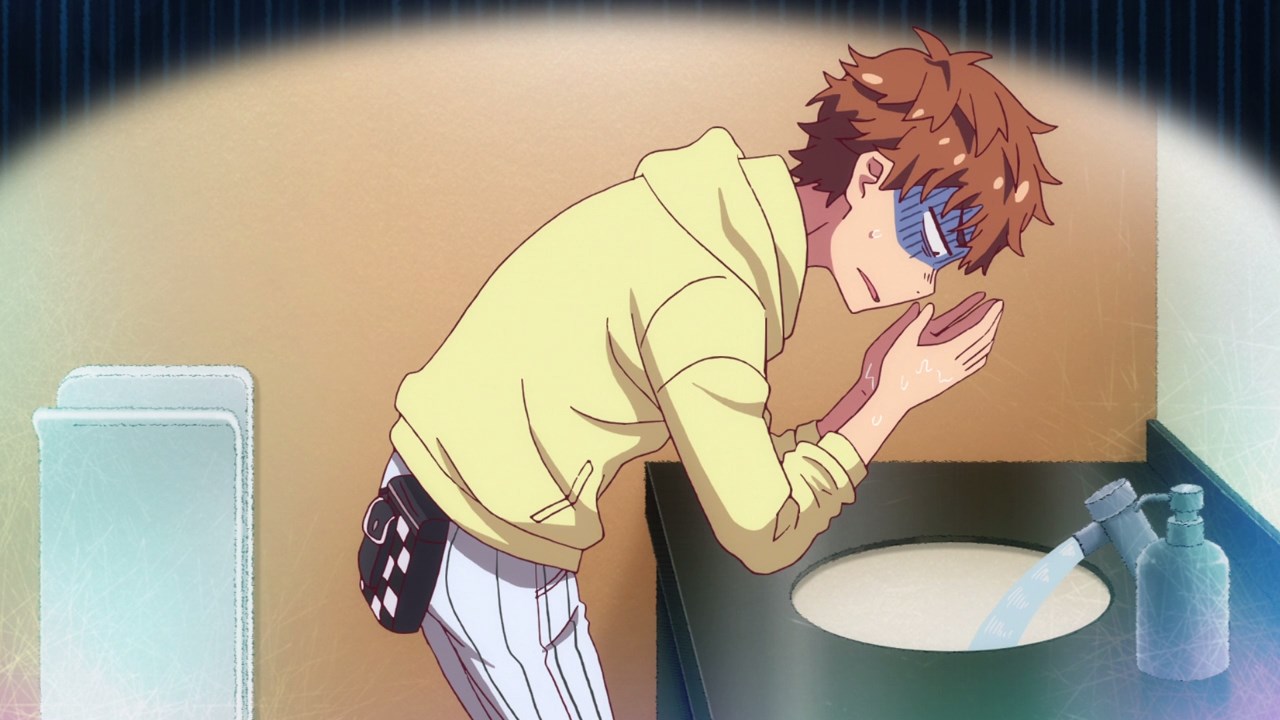 Hell, he almost shit his pants because one wrong move would kill him while Sakurasawa will be taken away. Anyways, time to check if Sumi-chan is okay. 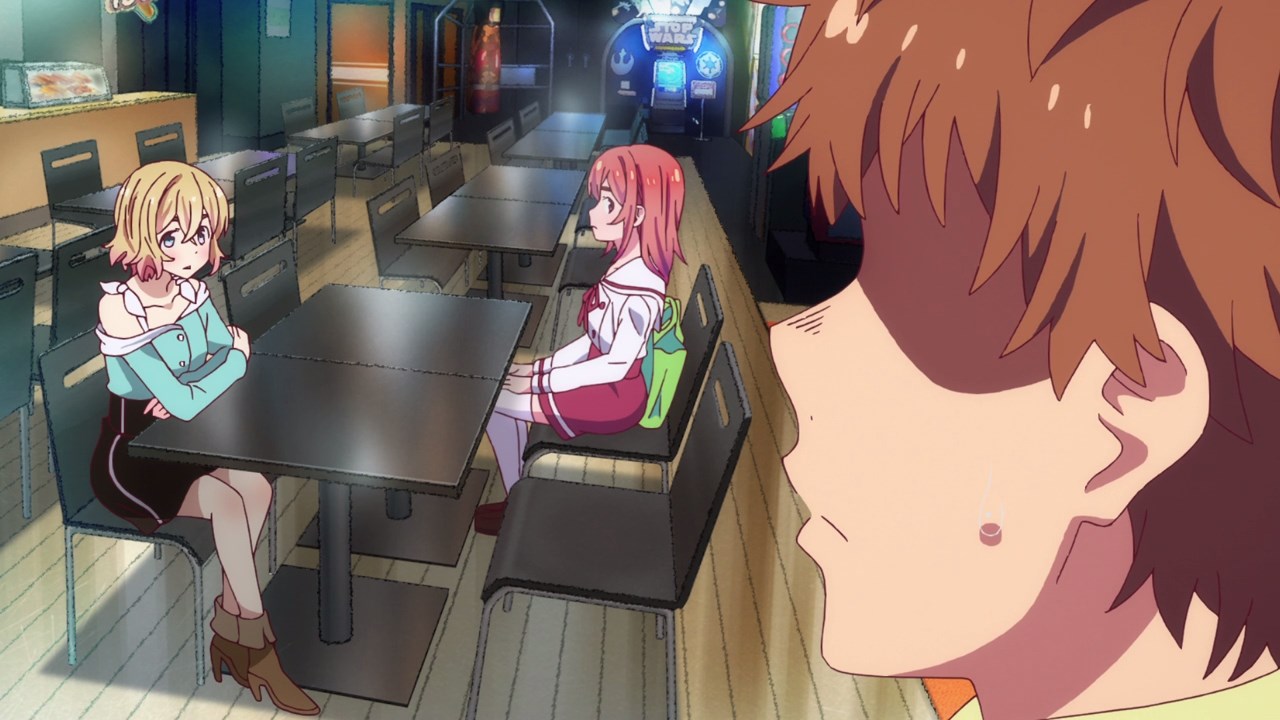 Except that she’s having a conversation with Mami Nanami. Oh snap, looks like Mami is suspecting that Kazuya is two-timing even though she doesn’t give a fuck about him. 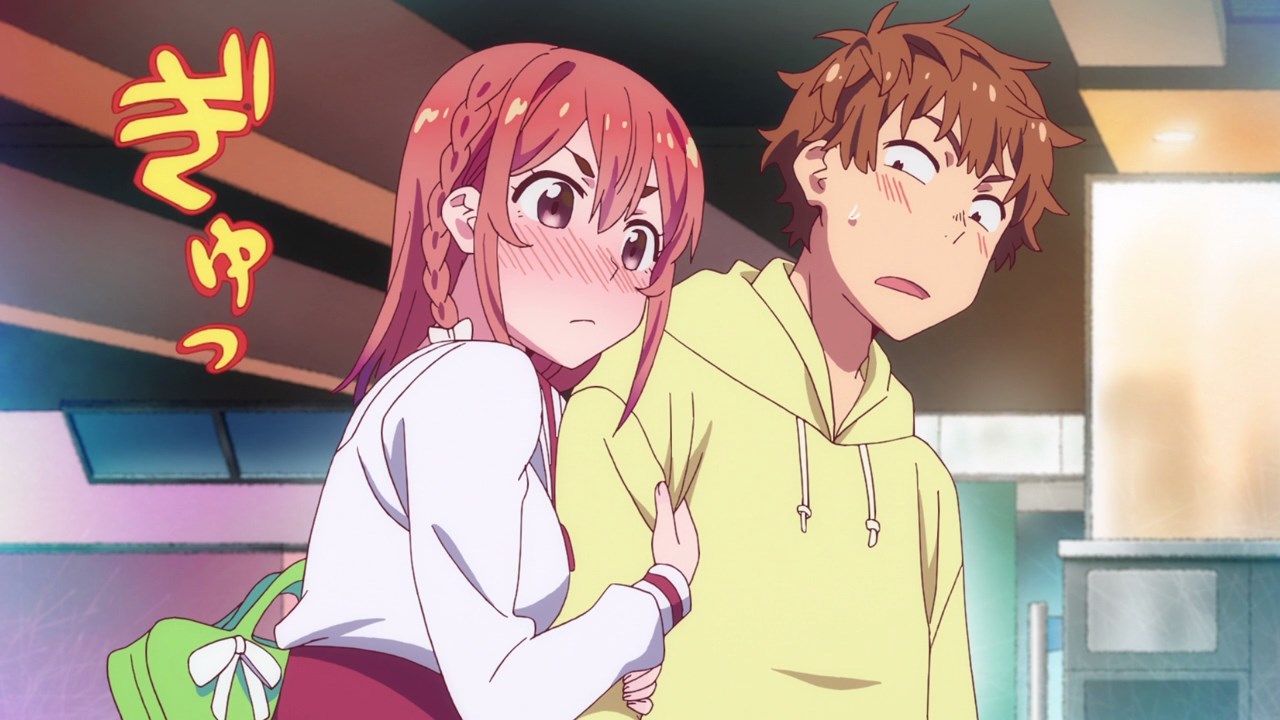 Speaking of Sumi-chan, it looks like she got a bit closer to Kazuya, which is bad ’cause Mami might interpret her ex-boyfriend as some sort of womanizer.

Then again, Kinoshita doesn’t look like a womanizer because he’s an idiot. Oh well, looks like Sumi Sakurasawa got some experience as a rental girlfriend thanks to Kazuya, but I feel that she’s not suited for the job. 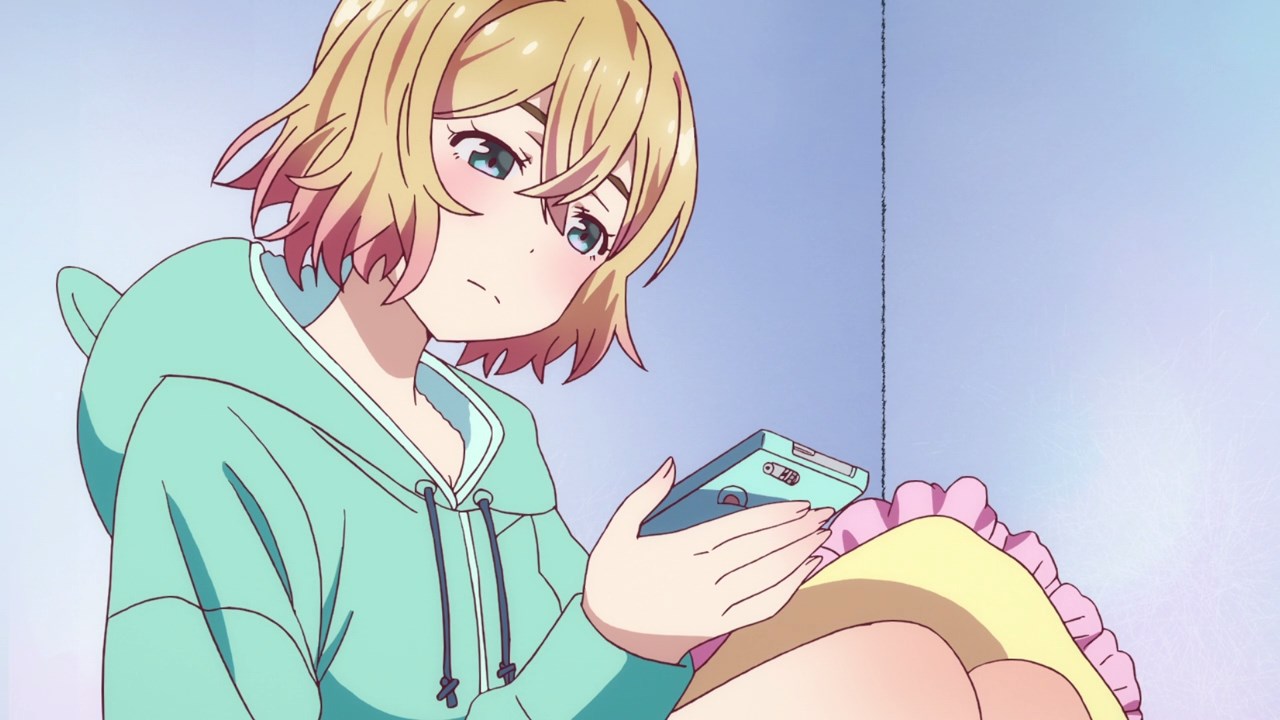 Now let’s move onto Mami Nanami where she doesn’t care about Kazuya Kinoshita at all. Really, I doubt that ’cause I’m sure Mami wants to ruin his life or even his current girlfriend. 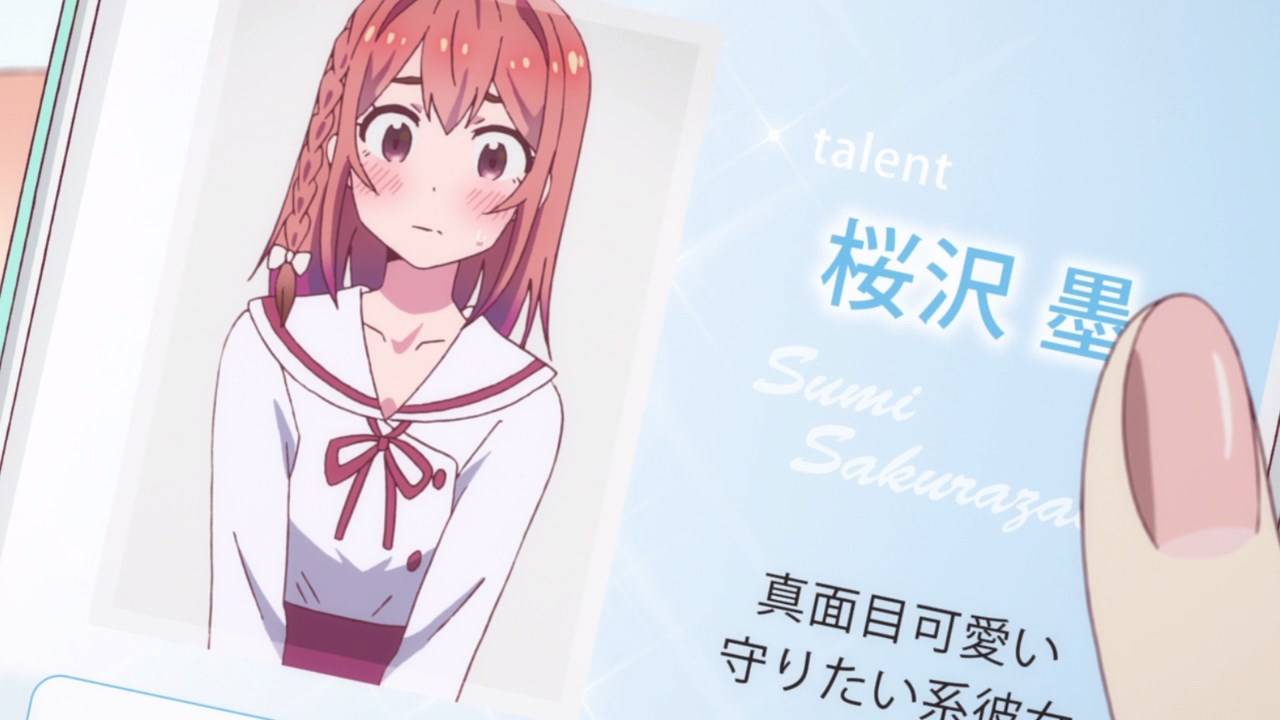 However, Nanami decides to check Sakurasawa via the internet to troll her out. Wait, I have a bad feeling that Mami might know that Sumi-chan is a rental girlfriend. 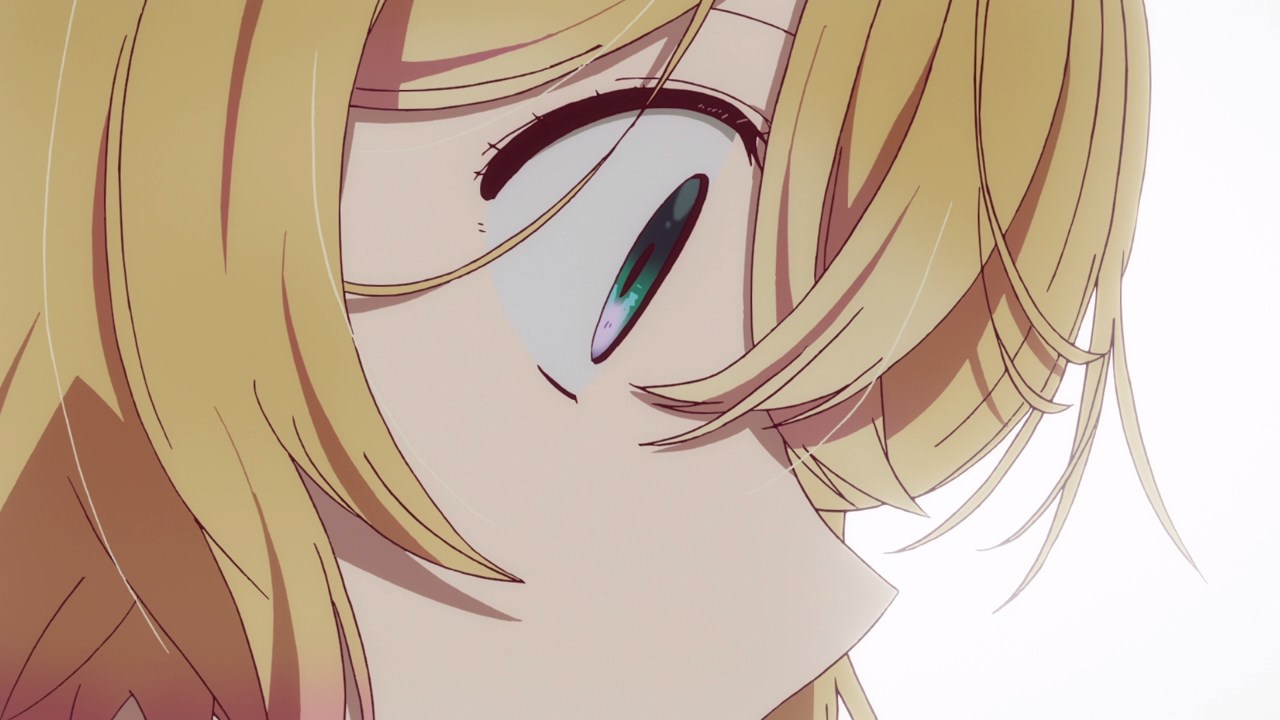 Actually, she figure it out that Sumi Sakurasawa is working as a rental girlfriend. Oh please, I hope Mami Nanami won’t find out about Chizuru Mizuhara!

Seriously, why would Sumi-chan use her real name to take that risky job? Anyways, this is bad news… 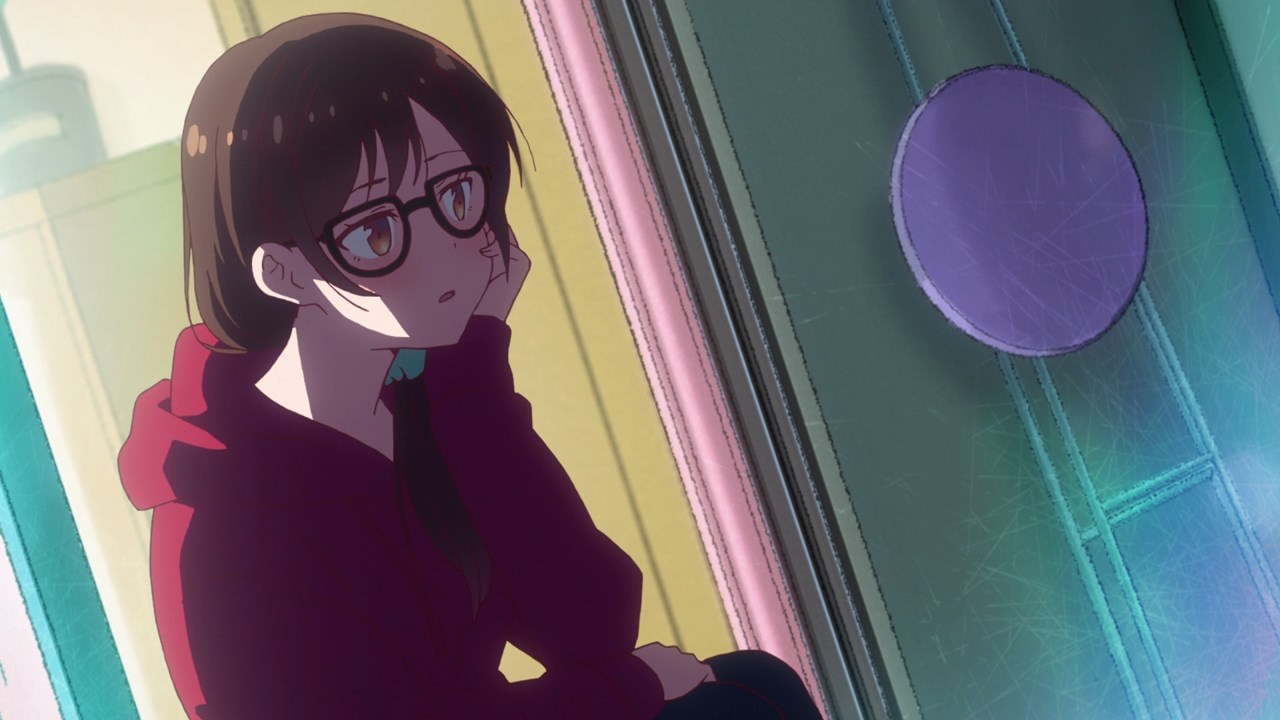 Meanwhile, looks like Chizuru Mizuhara has decided to quit the rental girlfriend business as she got an acting role on a stage place.

That’s good for her since Chizuru wants to pursue her dream, but what about Kazuya Kinoshita? 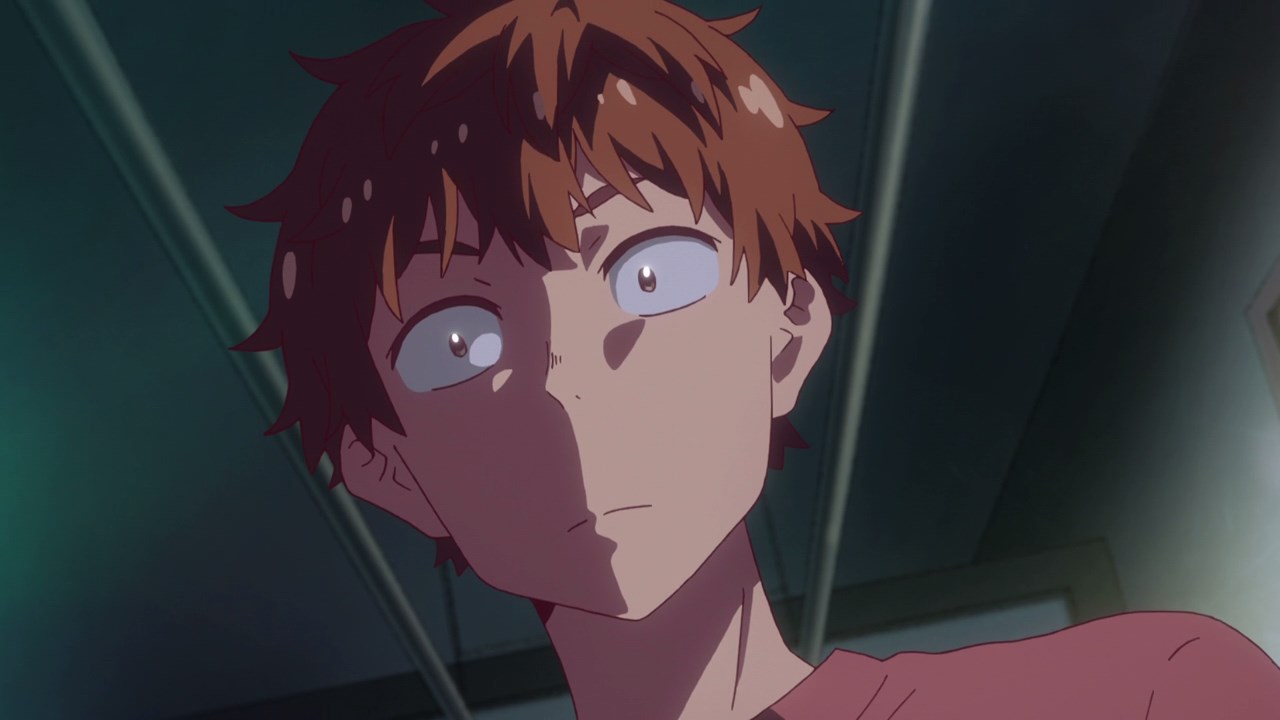 Oh, he’s just standing there in shock as he learned that Mizuhara will leave the rental girlfriend business altogether.

God, how will Kazuya explain to his family now that Chizuru will become an actress? Ugh, this is getting worse for him! 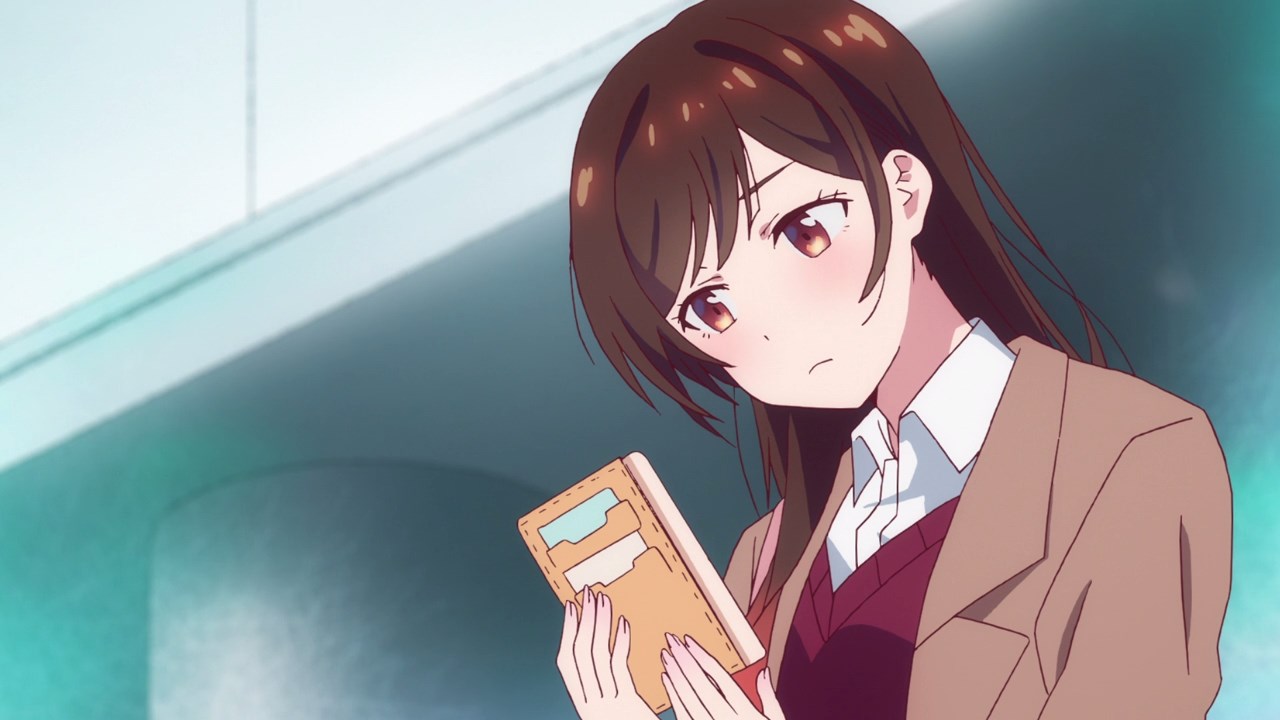 Of course, it’s not like Chizuru Mizuhara will quit her job right away as she’s still waiting for the director on when will the rehearsal start.

For the time being, Chizuru will continue her job as a rental girlfriend as she has a client to date with. 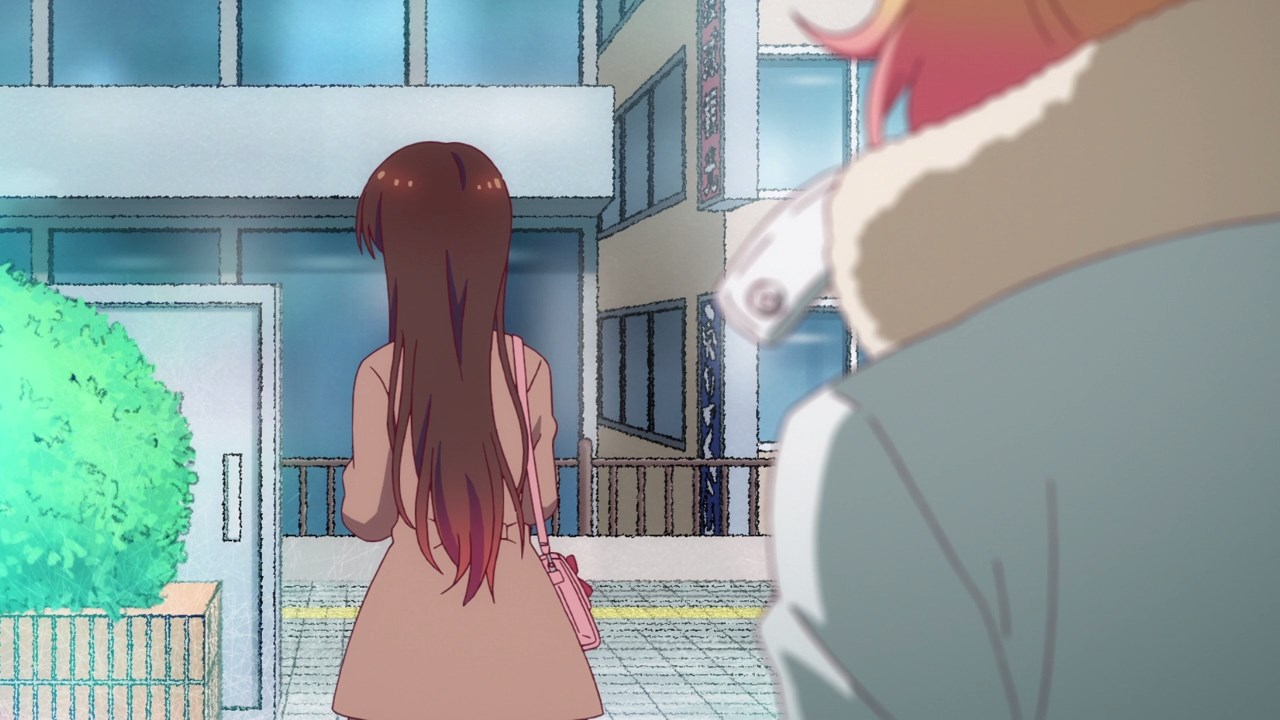 But then, a certain girl has arrived to expose Chizuru. Oh please, let’s hope that it’s not Kazuya’s ex-girlfriend. 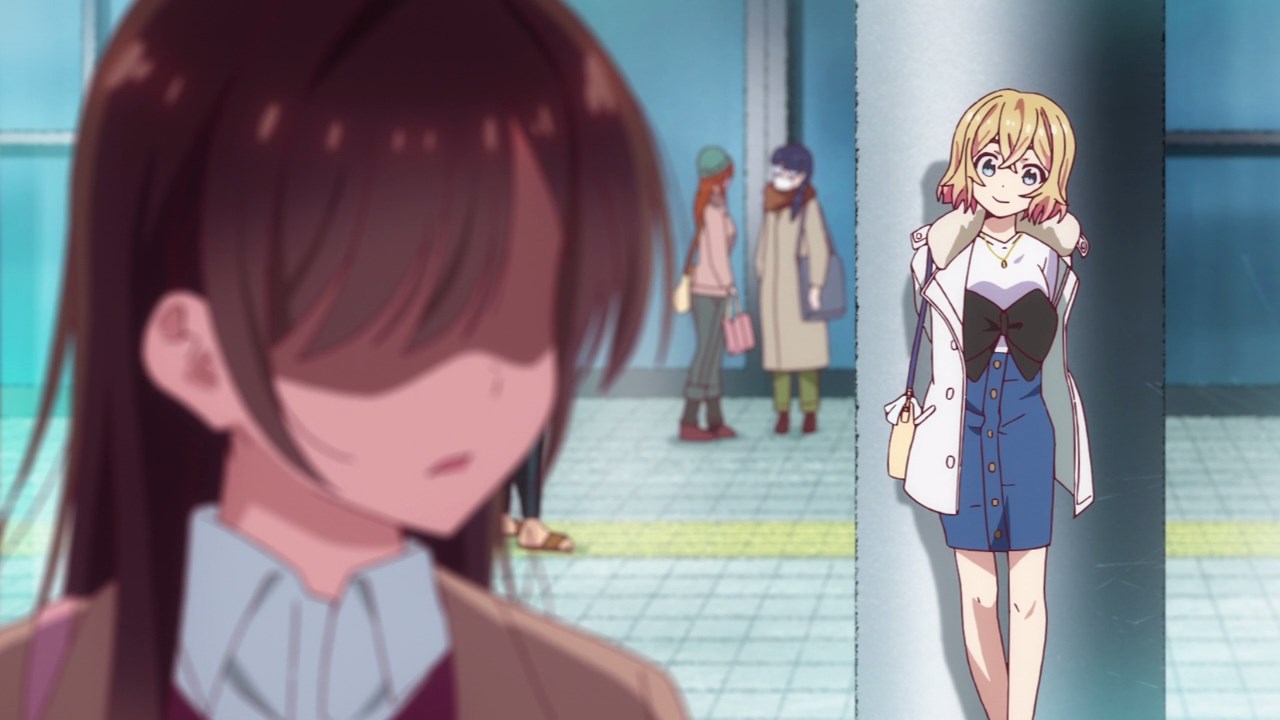 Oh shit, it really is Mami Nanami as she finally learned that Chizuru Mizuhara that she’s a rental girlfriend!

God, it’s gonna be a trainwreck on the final episode. I can feel it!