Oh look, Ryouko Kuriba’s doppelganger has finally came out from her kaiju-sized shell. Of course, everyone trembled in fear as she’s gonna wreck the entire city. 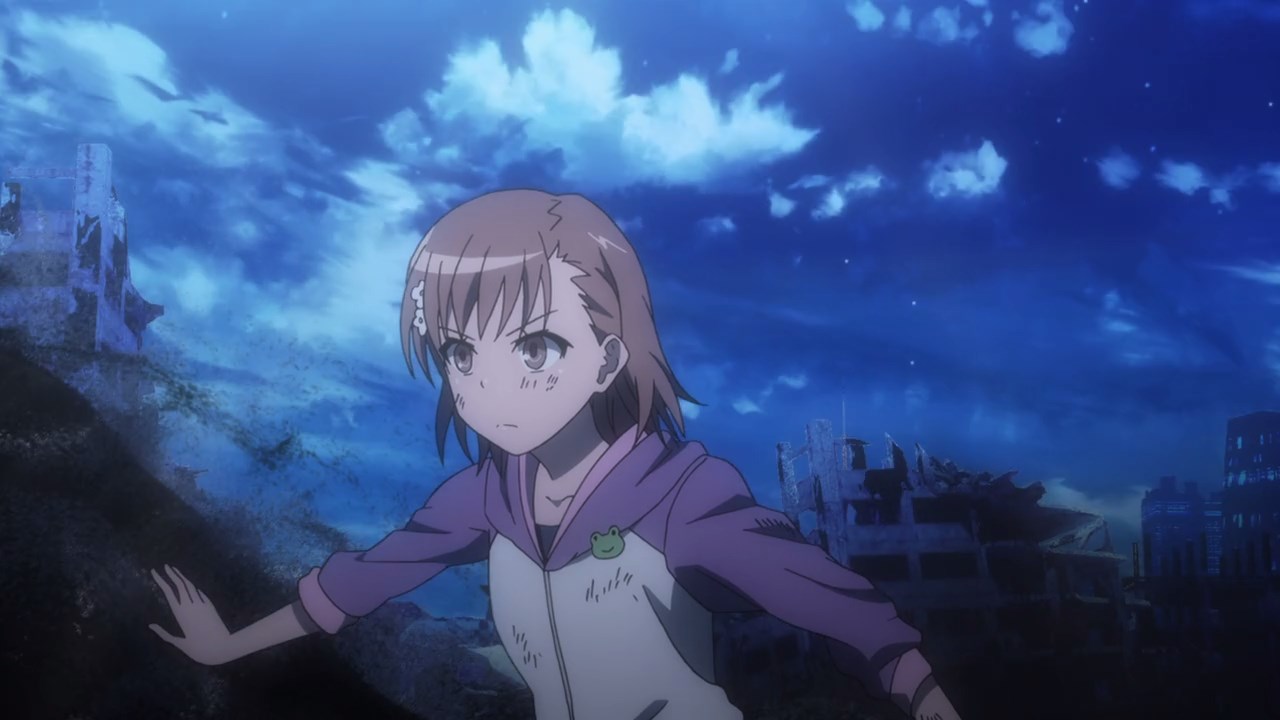 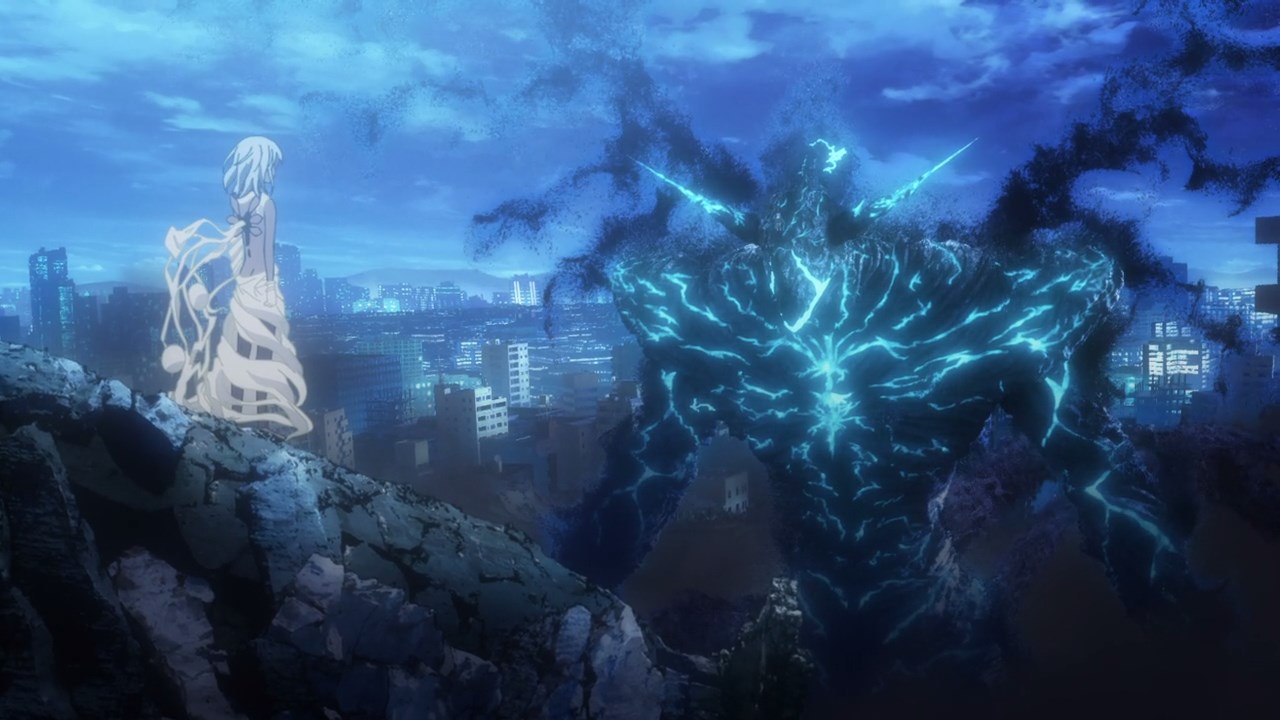 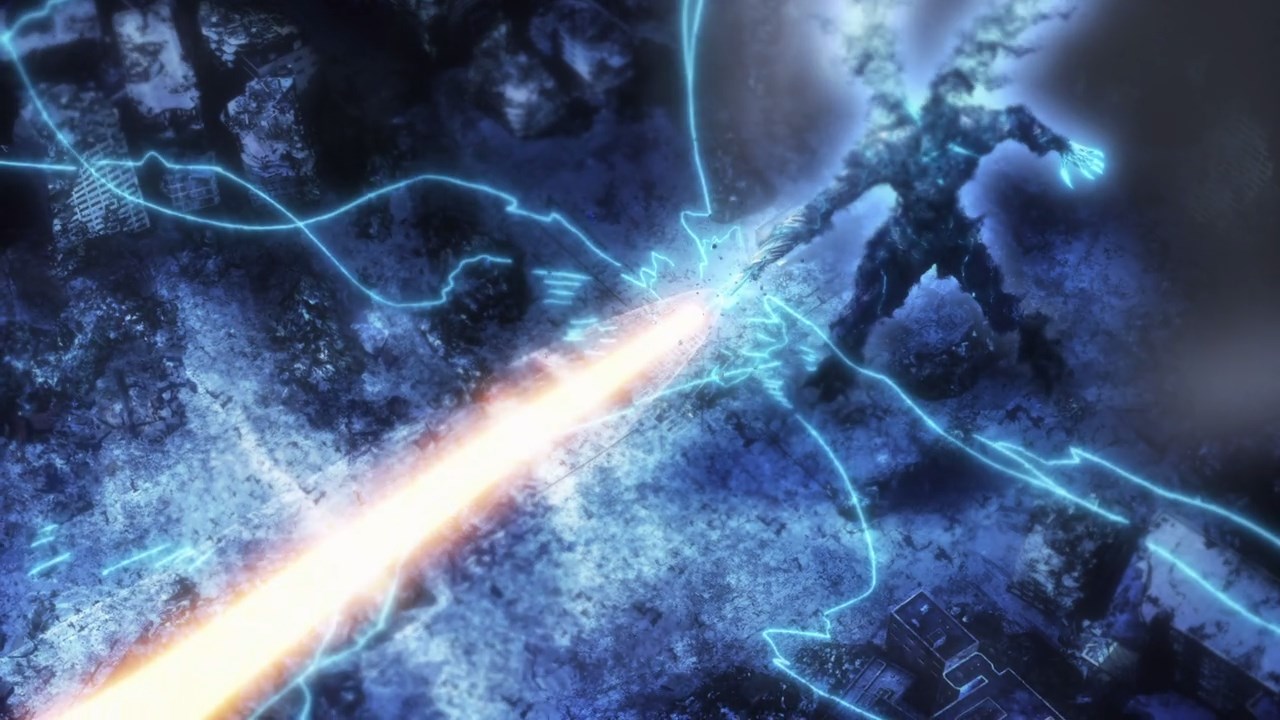 With that said, it’s time for Mikoto to stop the Doppelganger once and for all as she fire a giant Railgun onto Ryouko’s clone. 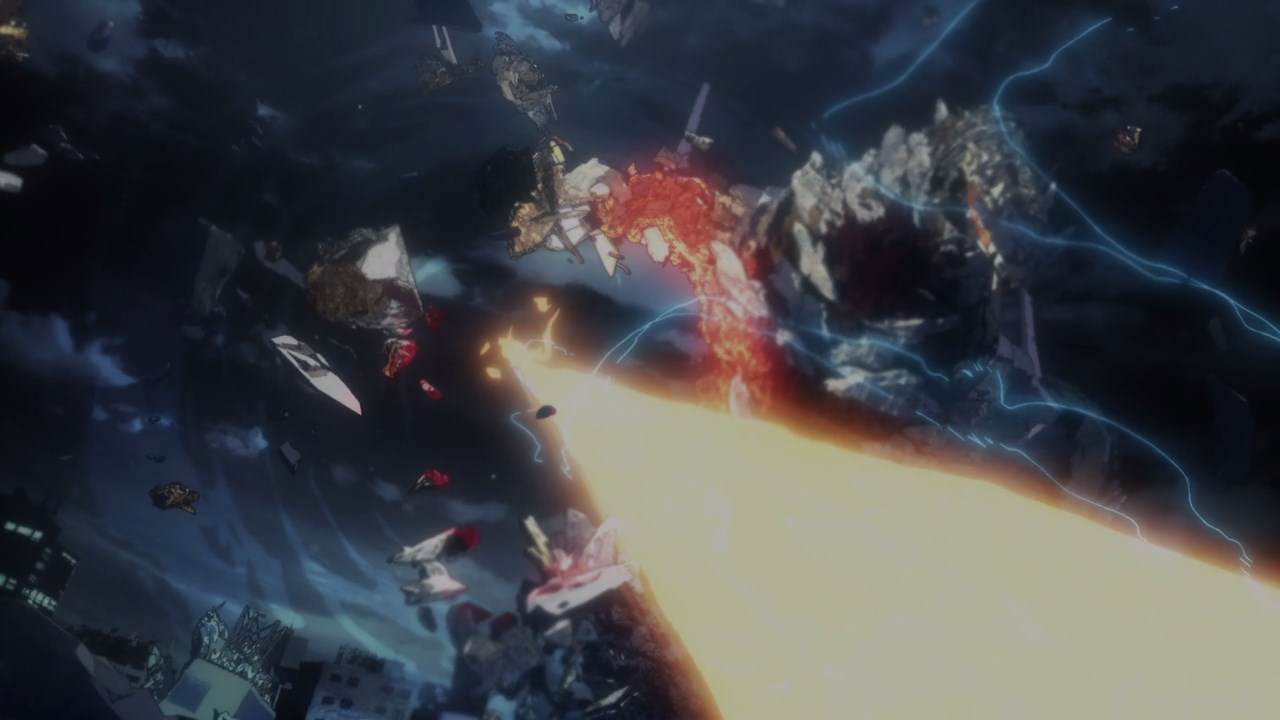 And it’s super-effective as Kuriba’s kaiju shell got a gaping hole on it.

Oh, do I mention that Misaka’s Railgun contains iron sand? Well, Mikoto can control the Doppelganger’s giant body via her electromagnetic psychic powers. 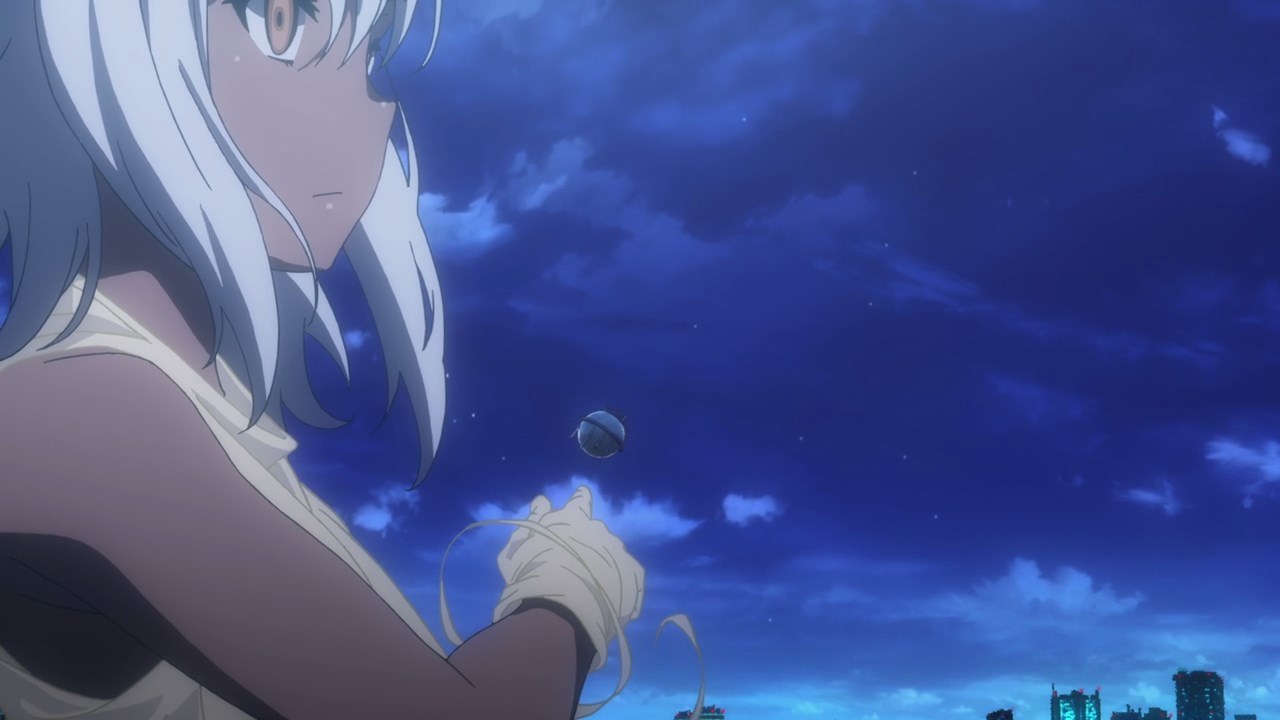 Of course, the Doppelganger doesn’t want to lose so she decides to throw an oil tank on her… or a residential section of Academy City which Mikoto won’t let her do that. 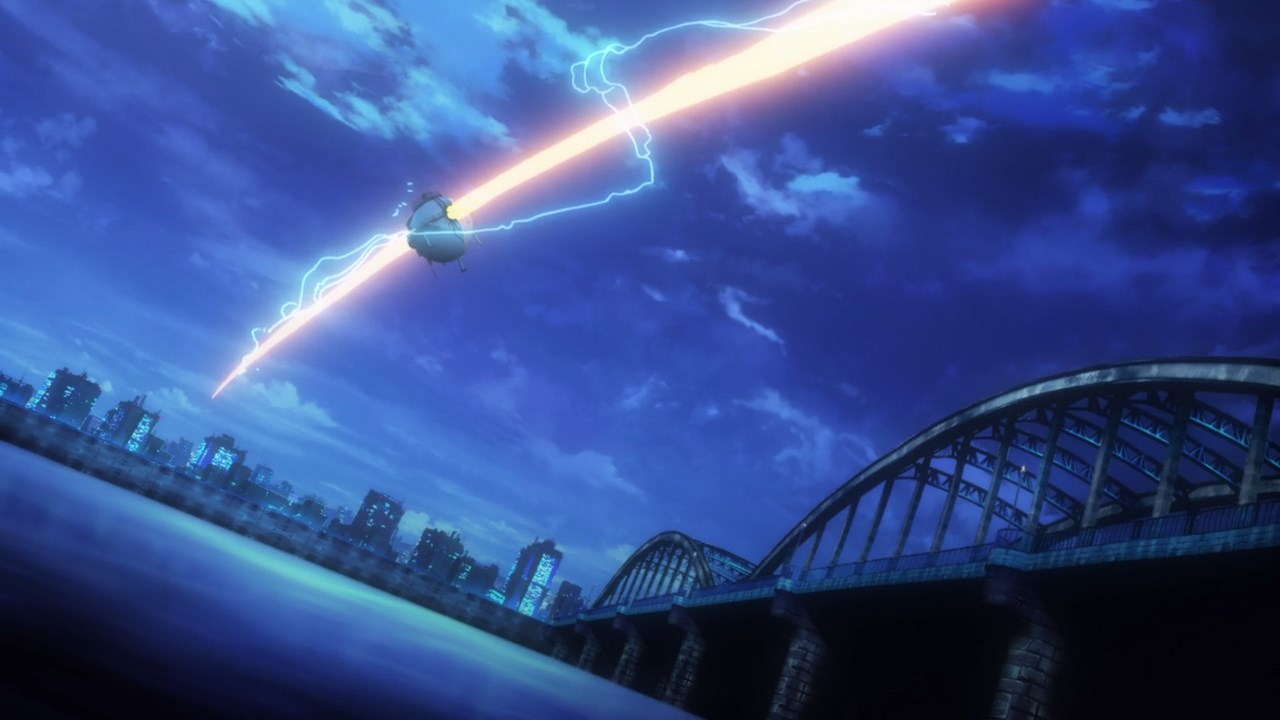 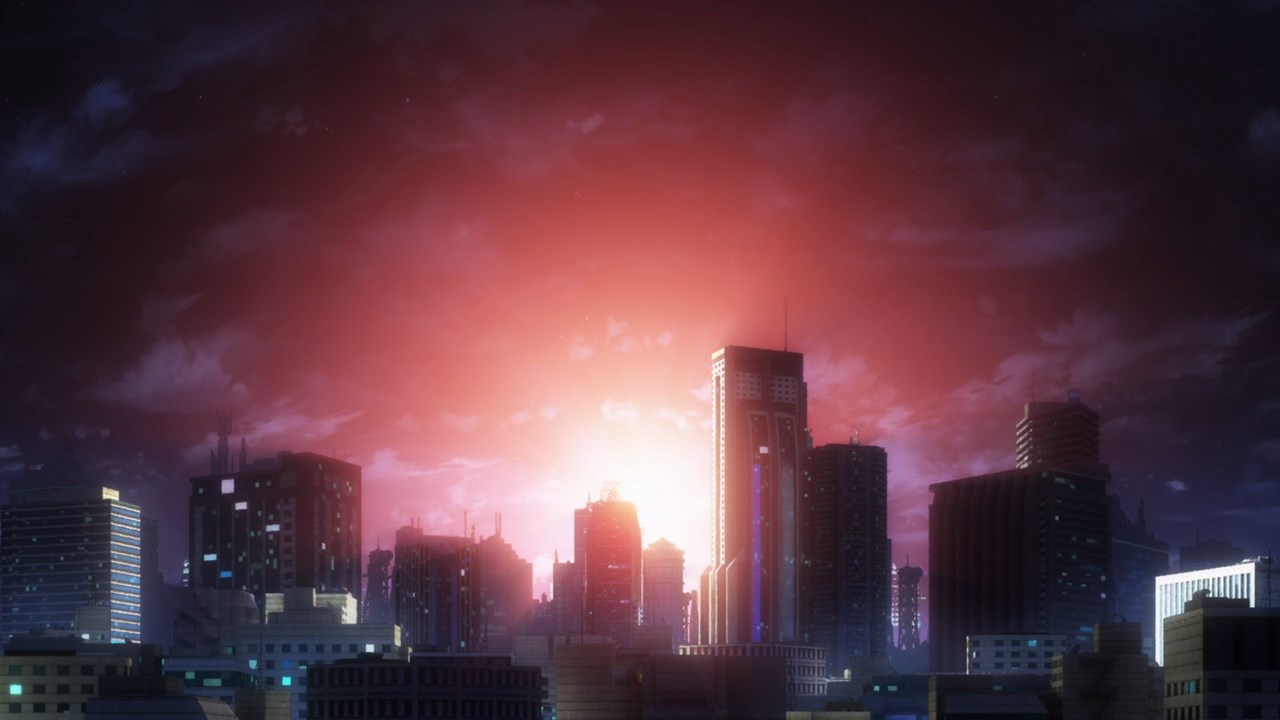 Good thing Misaka blasted that oil tank away from the city, which she created a giant firework explosion for everyone to enjoy. Well, not for long though. 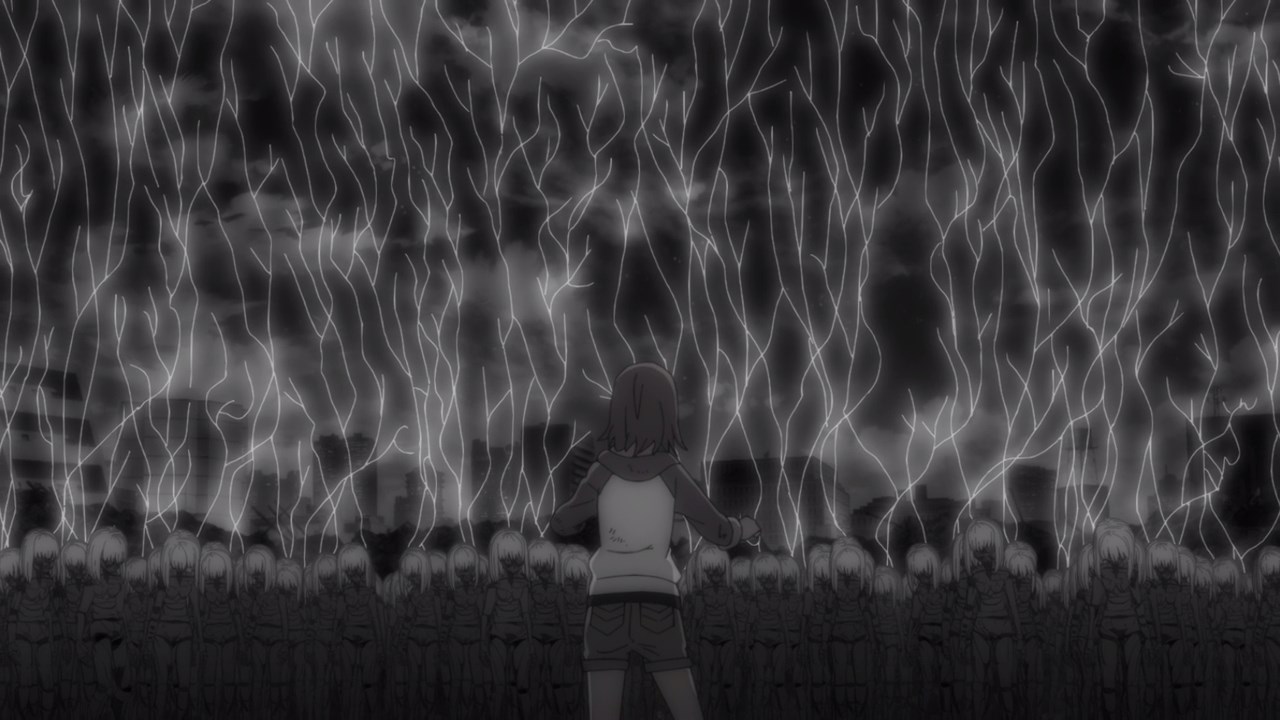 You see, while Mikoto is busy stopping those oil tanks from being thrown towards the city, the Doppelganger created clones of herself using various debris such as iron sand and concrete.

However, these clones won’t attack Misaka directly as it shoots out some appendages from their backs…

…until it form a giant woman with tentacles where it grabbed the airship. Said airship has all the data from various experiments they’ve conducted towards Ryouko Kuriba. 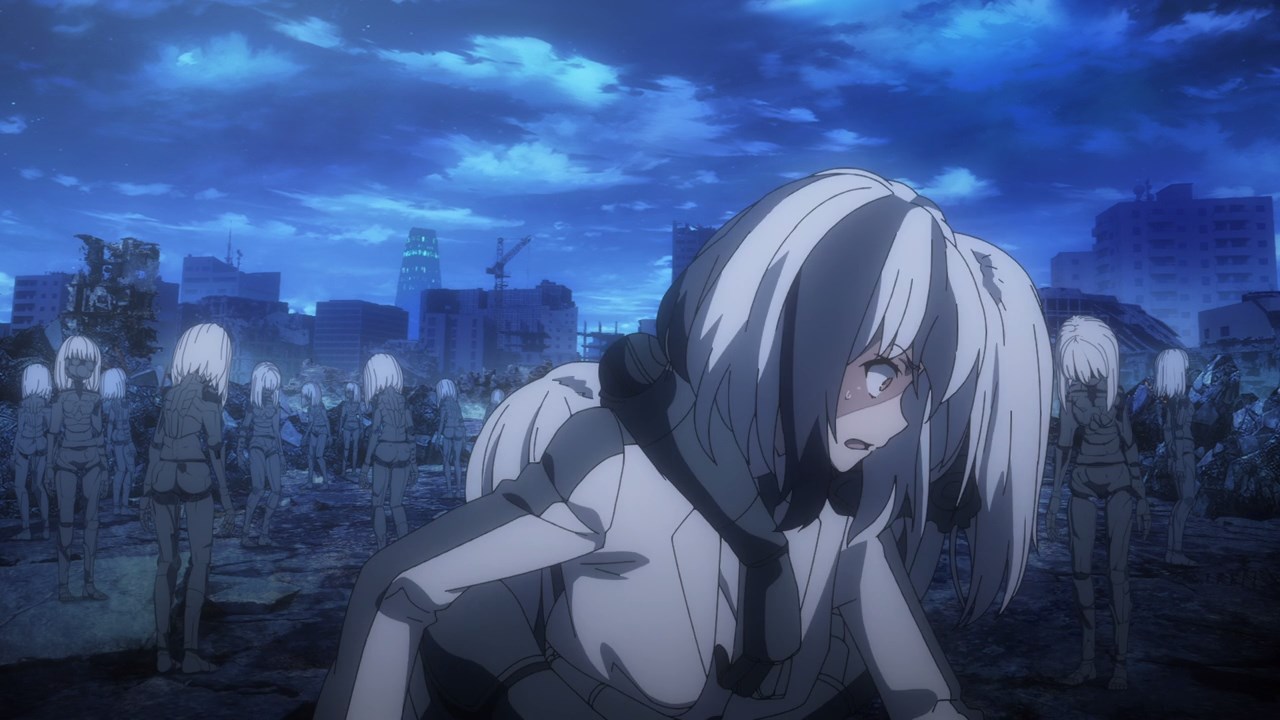 Speaking of Ryouko Kuriba, looks like she was caught by her own cyborg clone. Well, her Doppelganger is no longer just a cyborg as it’s evolved into some kind of bio-mechanical lifeform. 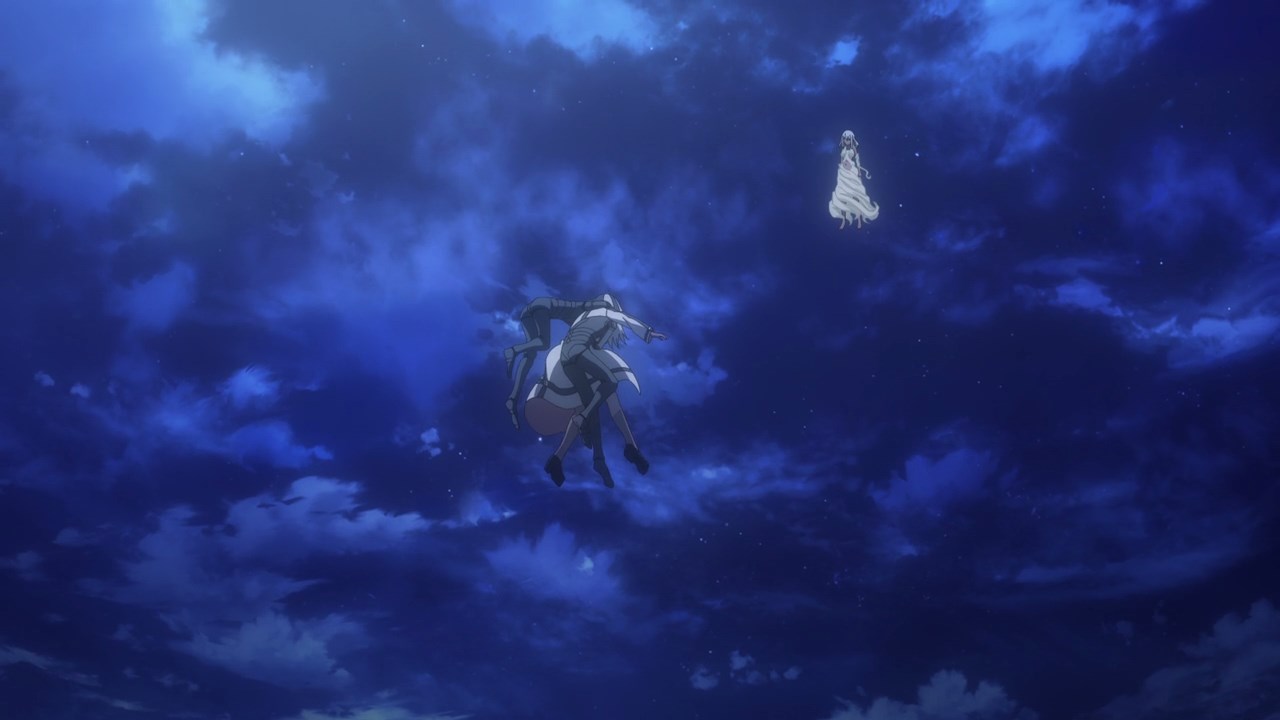 Oh yeah, Ryouko Kuriba is being lifted towards the airship and I have a bad feeling that her Doppelganger might kill her. 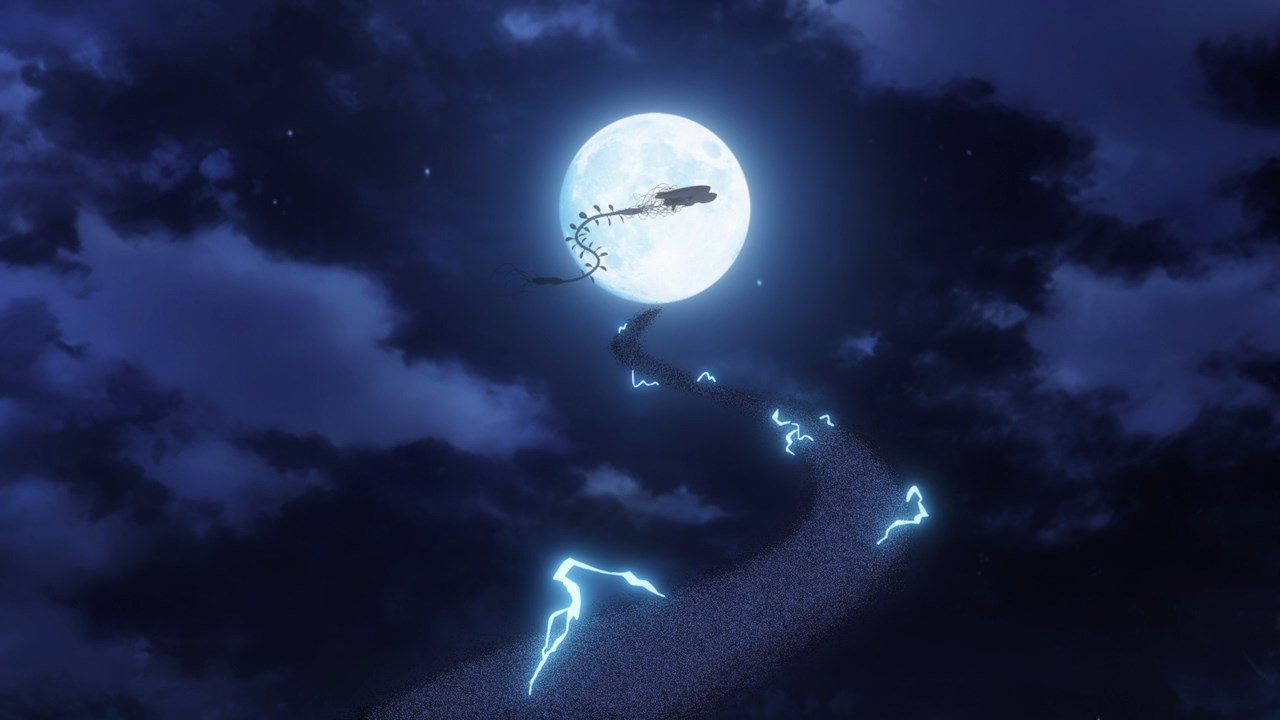 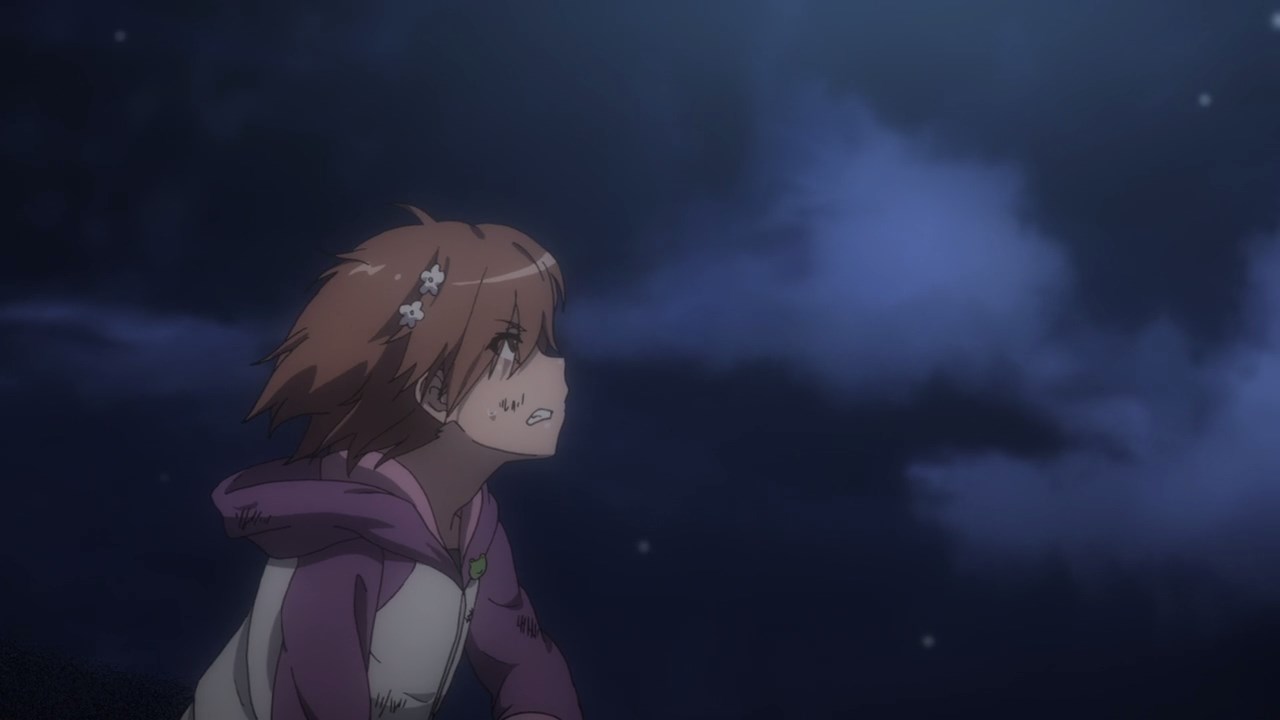 Well then, it’s time for Mikoto Misaka to chase Ryouko Kuriba before something bad will happen to her. 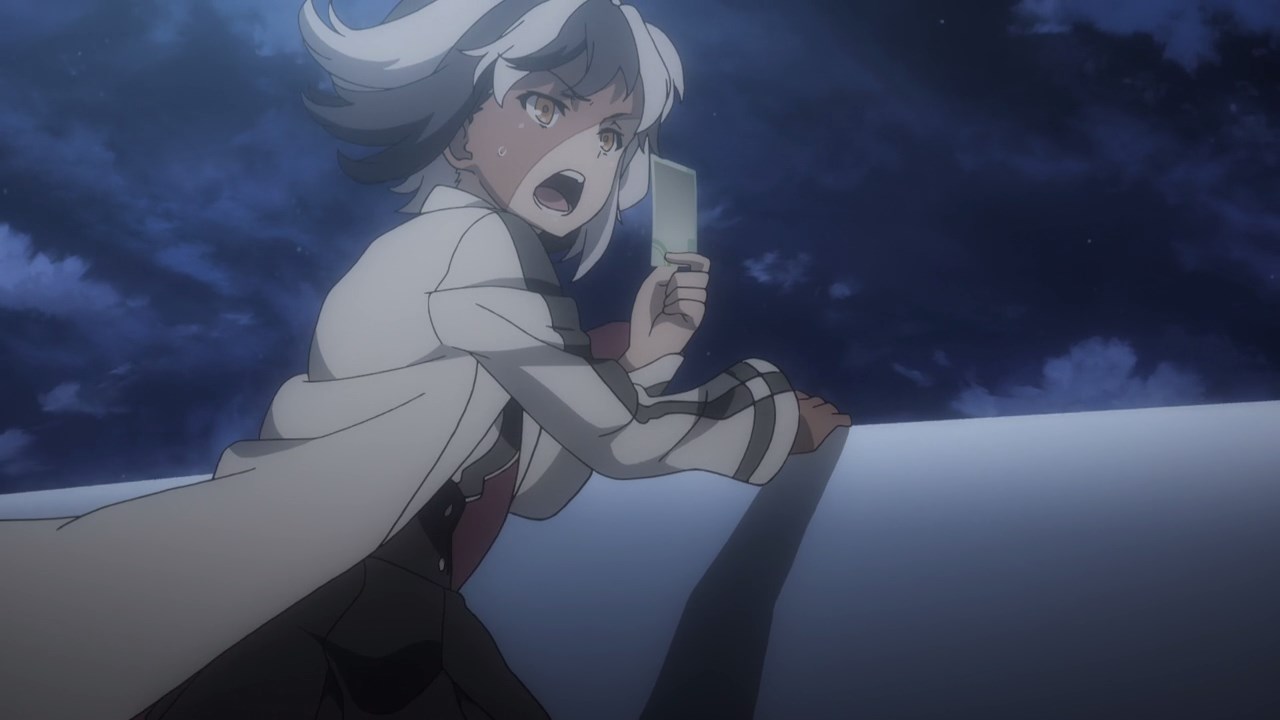 On the other hand, it appears that Ryouko Kuriba is prepared to sacrifice her life just to stop her own creation… using Indian Poker to seal the Doppelganger’s soul inside the card until Kuriba can safely dispose of it.

But her Indian Poker method would take 2 months to safely dispose it, so Ryouko will take her own life instead. 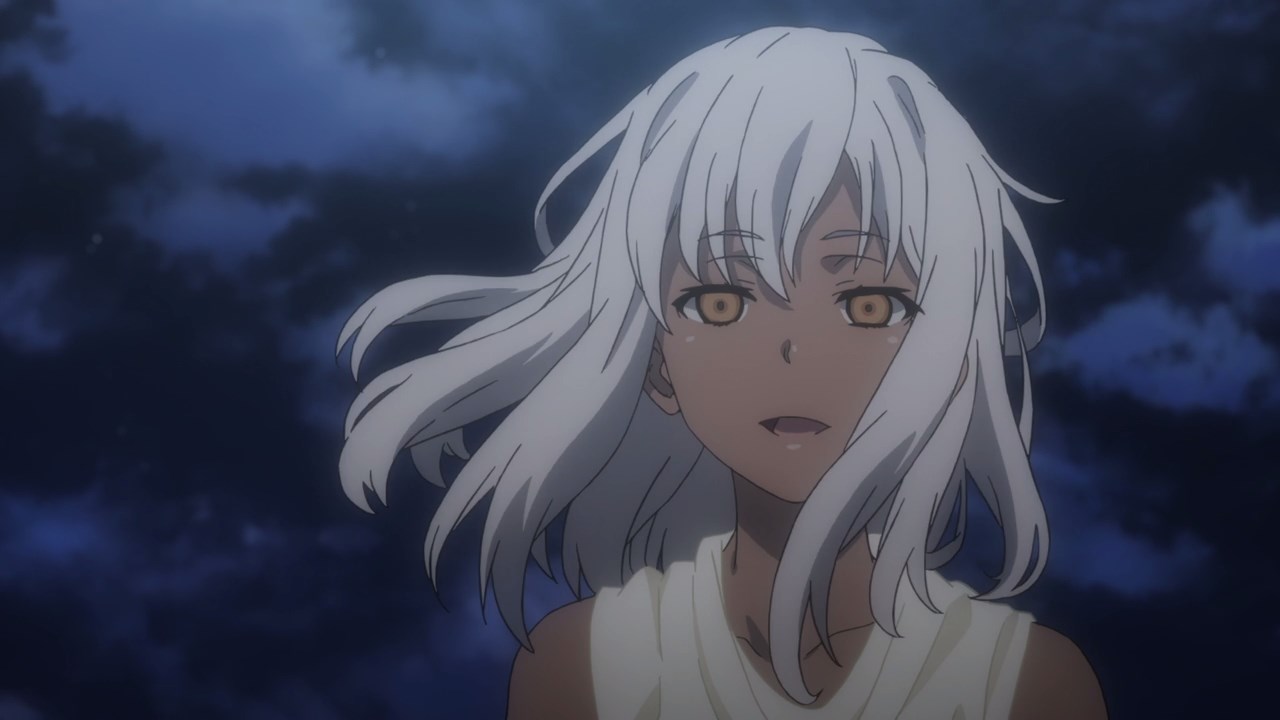 However, it’s not like the Doppelganger cared about her creator’s life anyway. In fact, she wants Kuriba to die in a senseless manner along with the entire Academy City.

You know something, it appears that the Doppelganger has developed a grudge towards humanity since she was subjected to inhumane experiments. 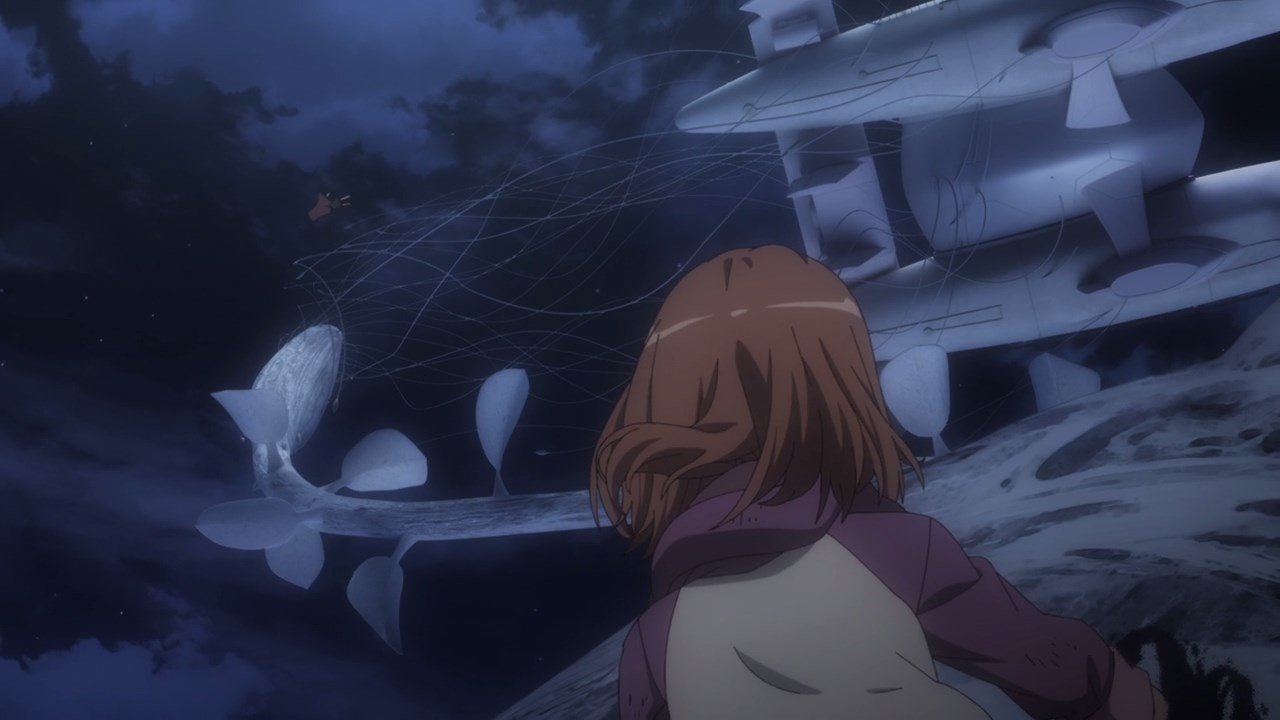 Anyways, Ryouko Kuriba got knocked out as she’s blown away from the airship. Unfortunately for Mikoto Misaka, she can’t reach her since her iron sand couldn’t extend further. 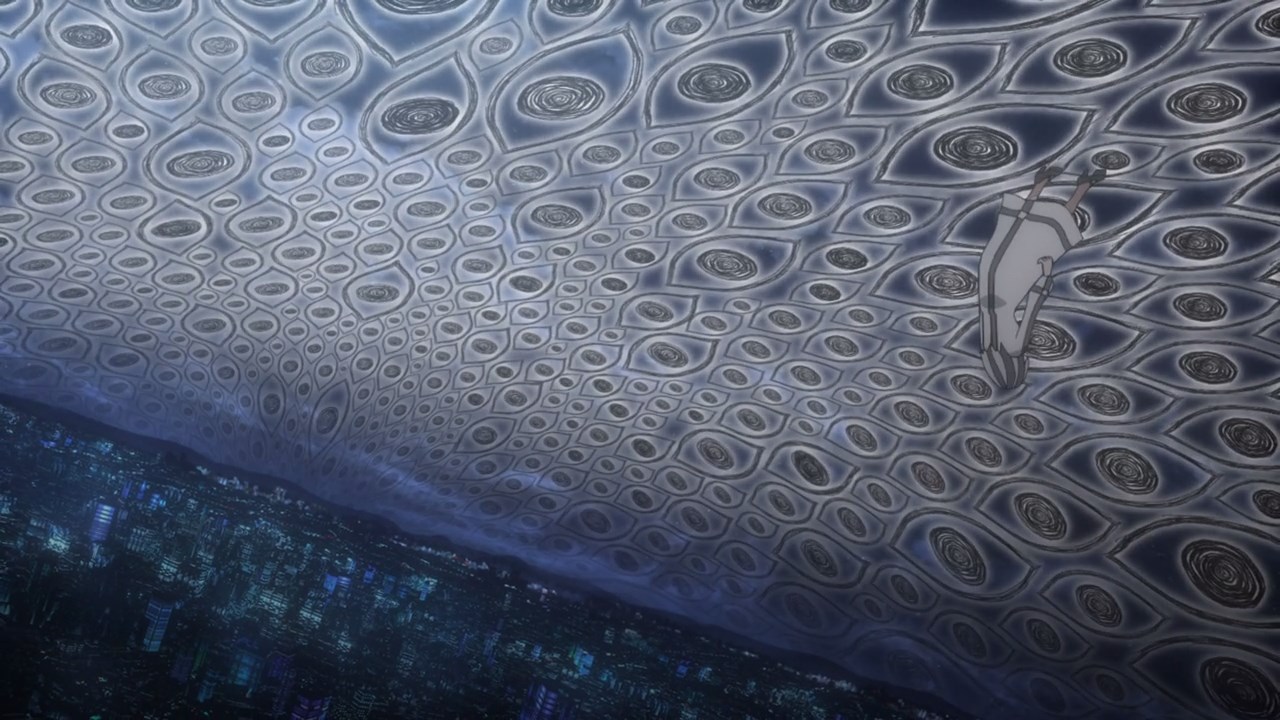 But it appears that a certain individual from Academy City’s dark side has decided to lend Mikoto a helping hand.

I have to say that having the night sky being covered with eyes is truly unsettling. 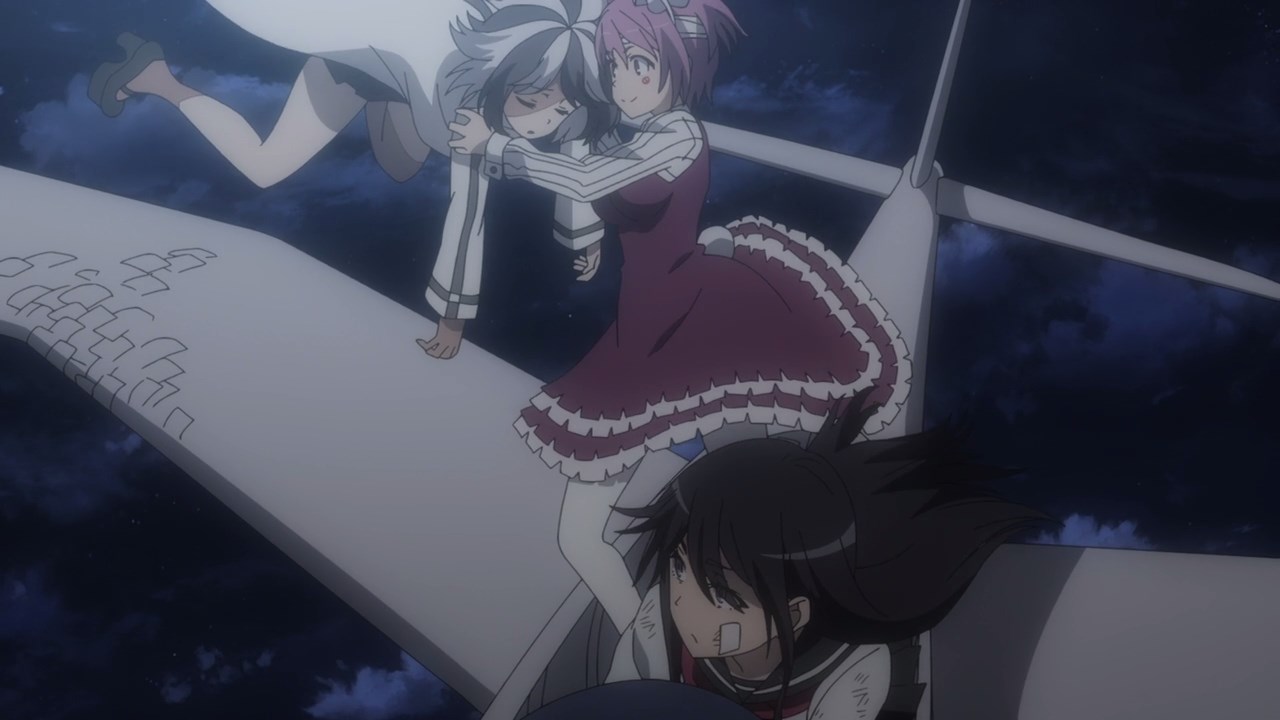 In any case, looks like Scavenger has managed to rescue Ryouko Kuriba from being plummeted towards the pavement. I guess they owed Mikoto a favor for getting paid after bringing their target to their client. 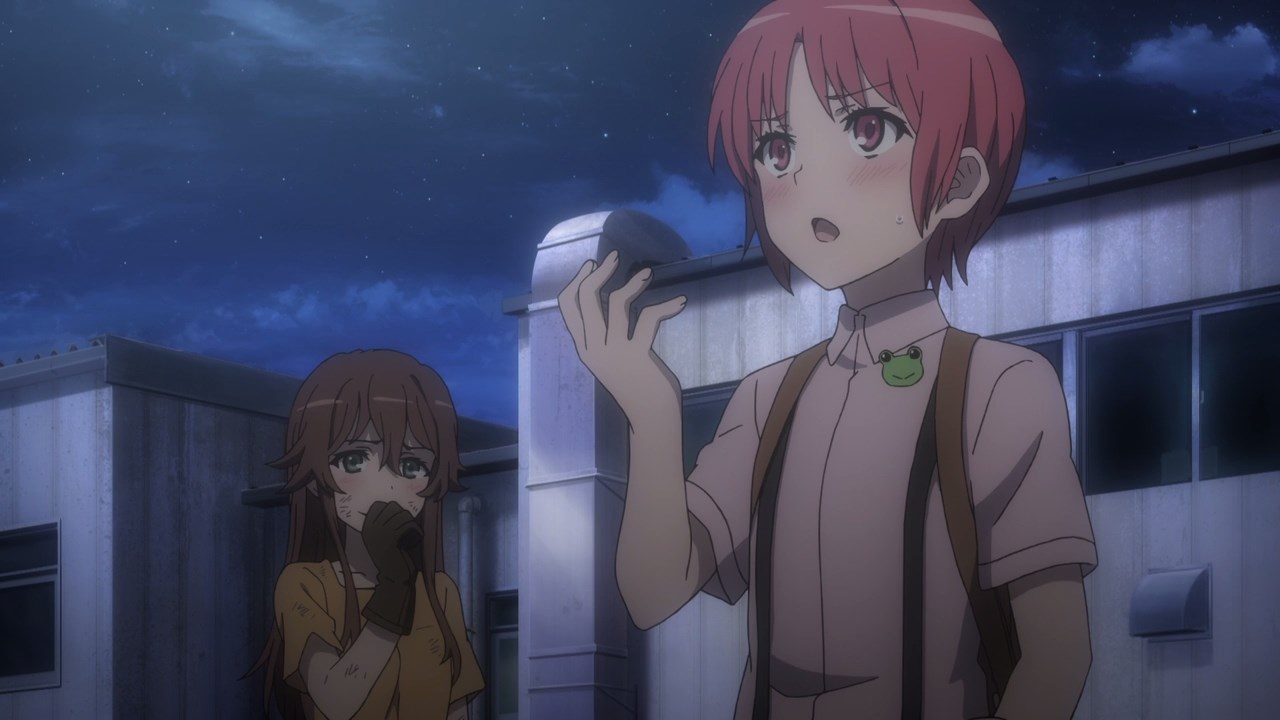 Still, I have to say that they might be friends today, but Misaka and the Scavenger quartet will become enemies the next time they meet. I mean, they’re doing dirty jobs for a living after all. 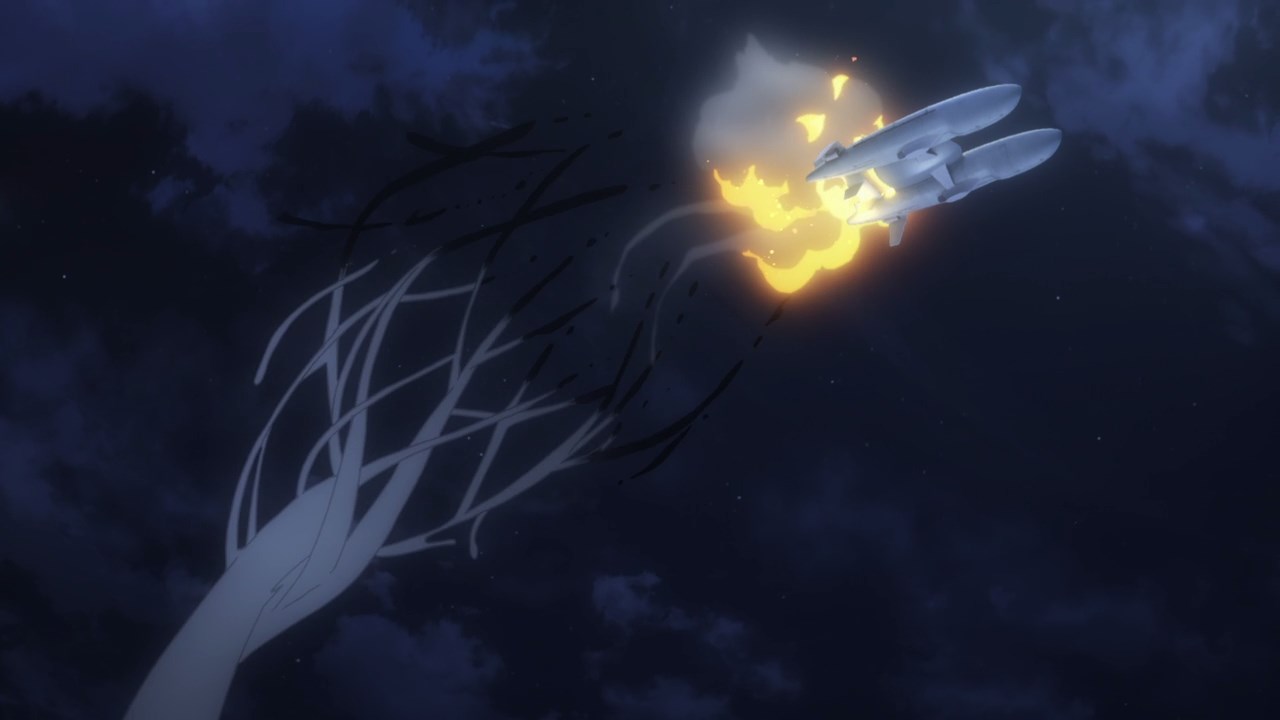 Now that Ryouko Kuriba is safe, looks like Mikoto Misaka will go all-out against the Doppelganger.

Oh by the way, it appears that the appendages from those clones are blown off and it started to deteriorate. Something tells me that the Doppelganger’s body is not that tough as her regeneration isn’t sustainable for longer periods. 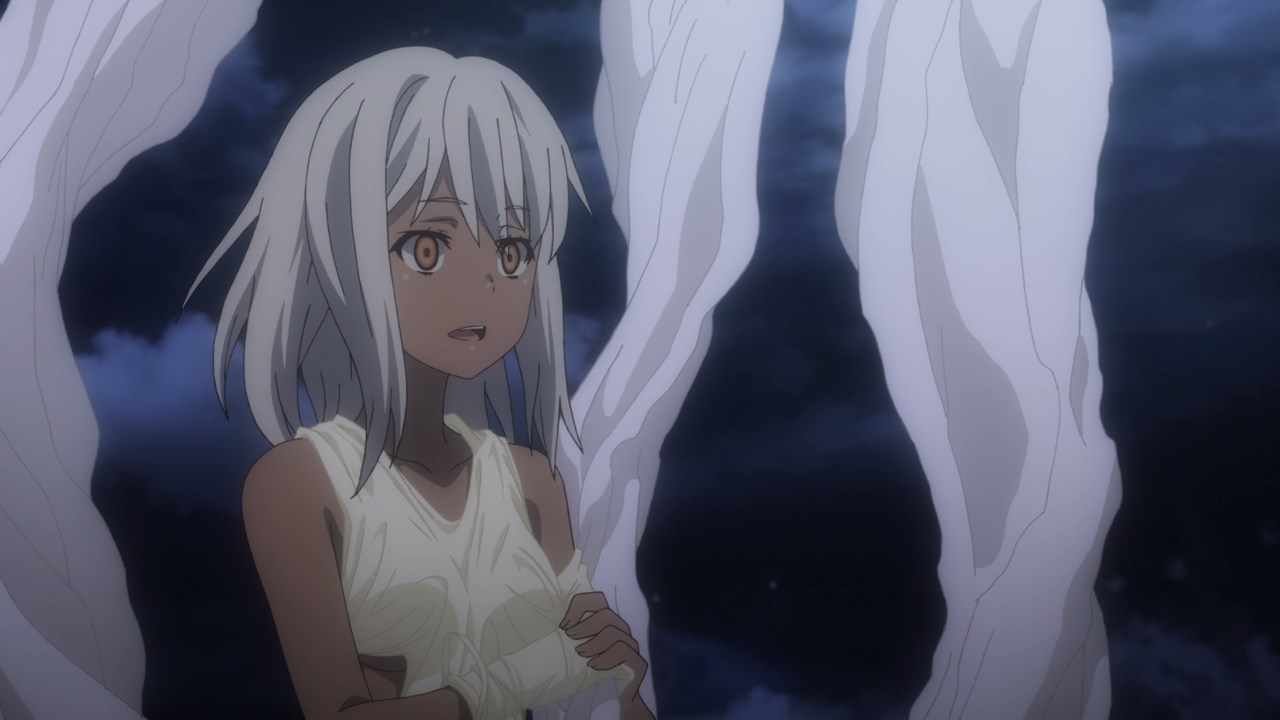 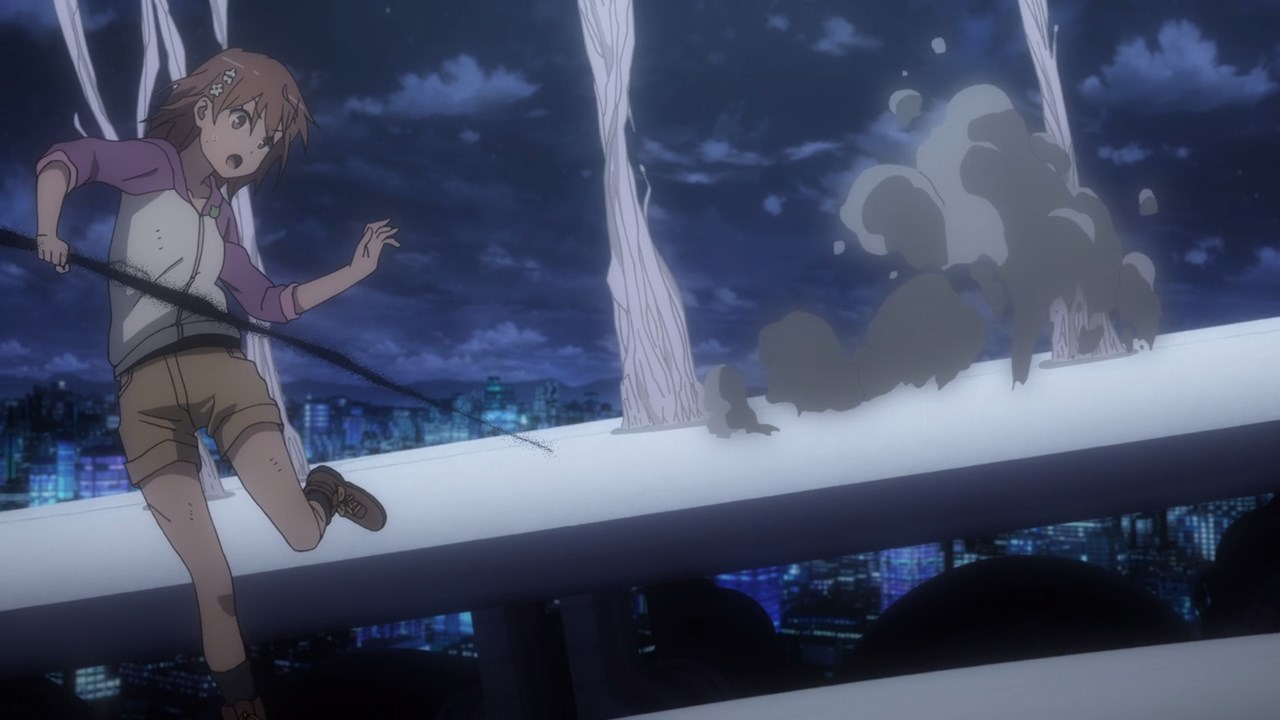 Well then, Mikoto will take the challenge as she’s gonna beat the Doppelganger completely.

Wait a minute, I feel that the Doppelganger is leading Misaka into a trap as her soul will be free once her vessel is destroyed. Oh boy, not a good idea for Mikoto to destroy her bio-mechanical body. 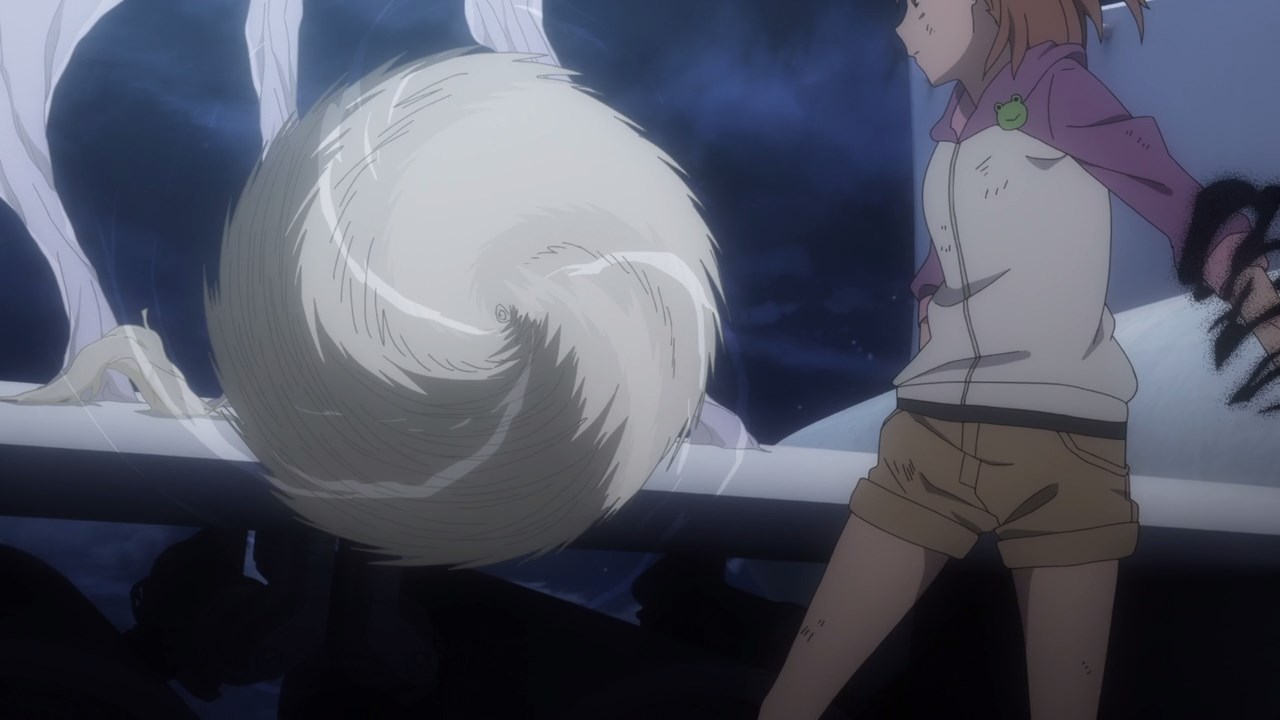 Unfortunately for Mikoto, she was caught into a corner as there’s no way to dodge the Doppelganger’s drill but to destroy it. 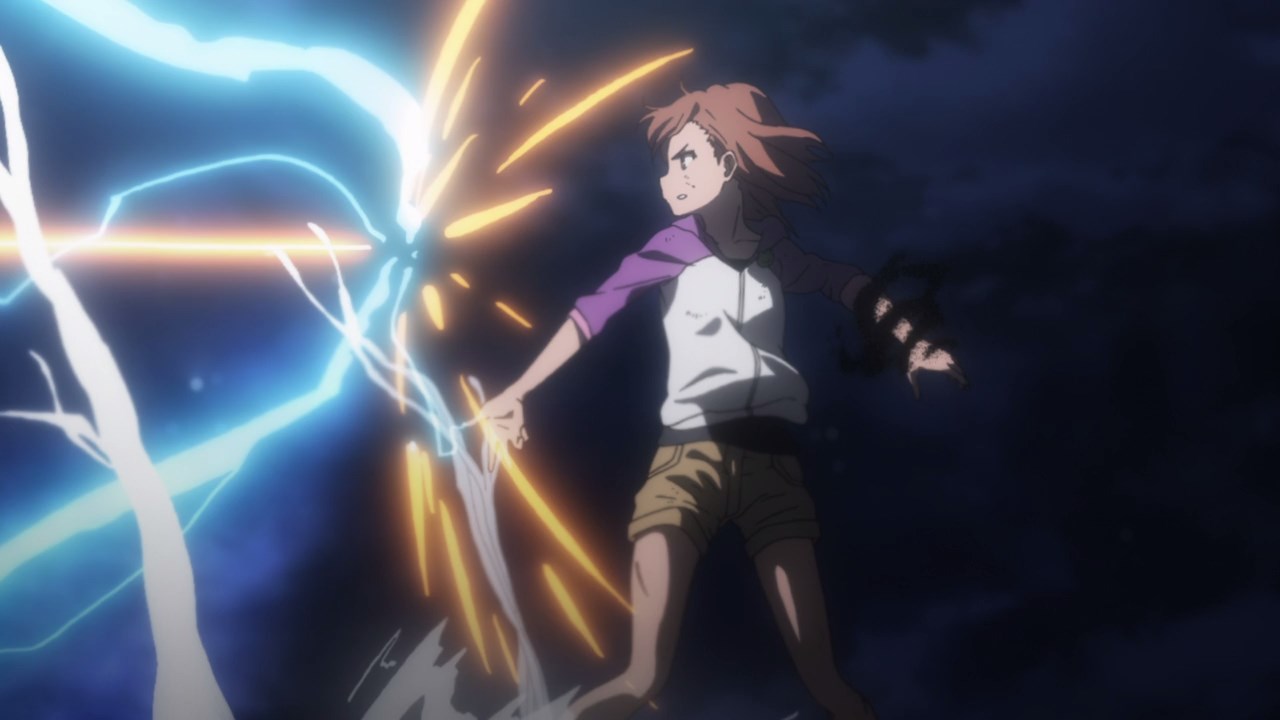 So, Misaka used her Railgun to destroy it but really, she got played right into the Doppelganger’s hand. 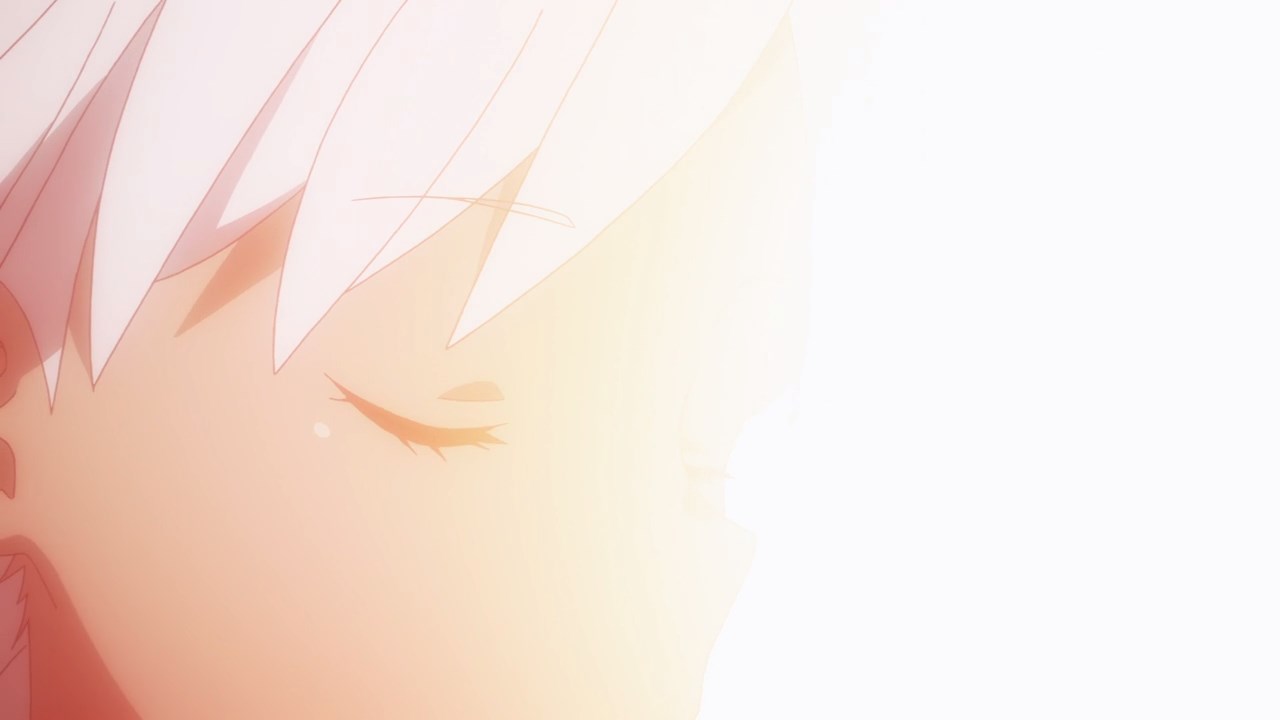 Hell, she’s aware that her vessel might get destroyed anyway, so she decides to possess the entire Academy City and wreck it from within. What a nasty move coming from Kuriba’s creation. 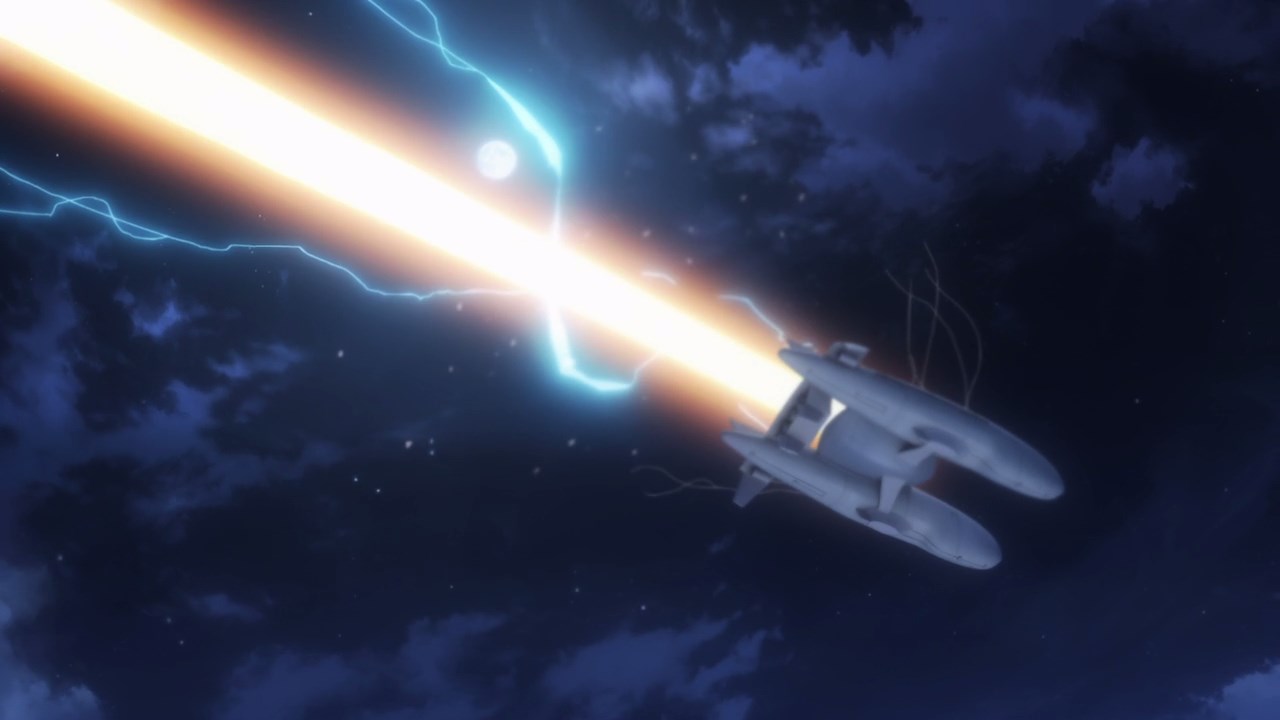 In any case, I’m gonna end this post right here but let’s hope that Mikoto Misaka will save the day on the final episode. God, I’m scared of what’s gonna happen to Academy City!