Legend of the Galactic Heroes: Die Neue These Episode #13 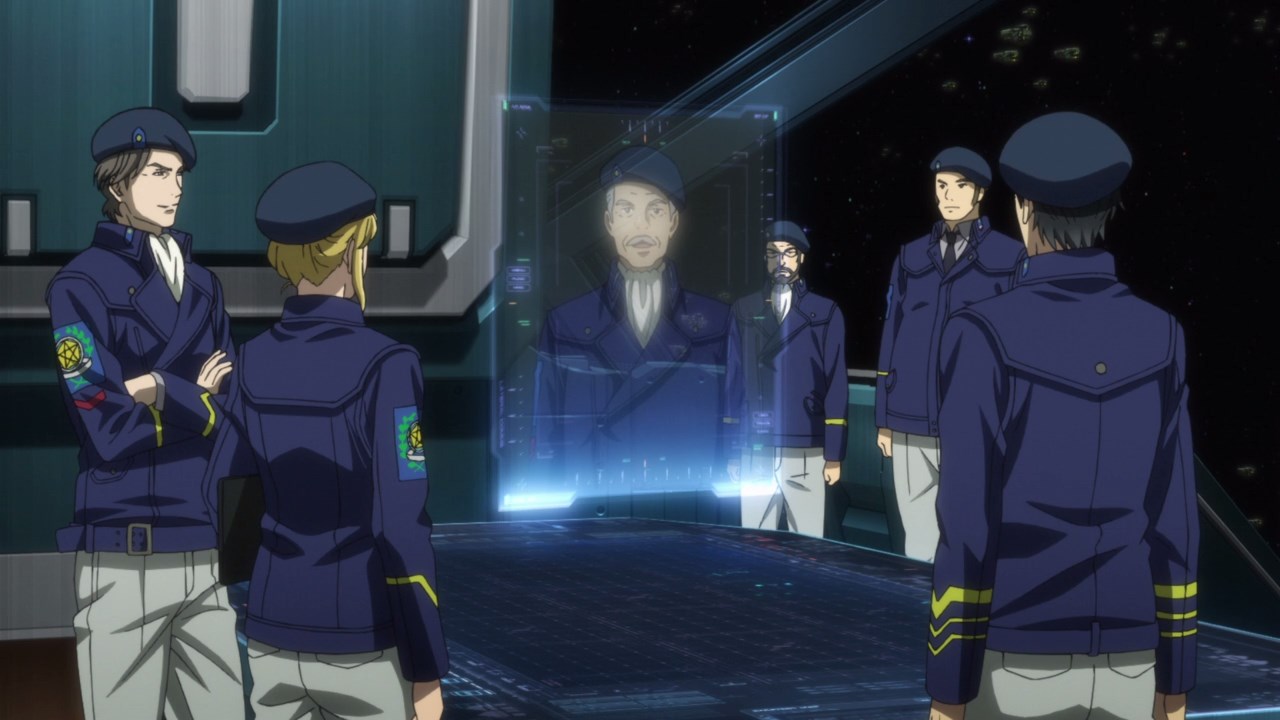 Hey everyone, Legend of the Galactic Heroes: Die Neue These has returned and this sequel to the 2018 reboot was originally shown in theaters back in 2019 before NHK decided to air it in Spring 2020.

With that said, let’s continue where we left off where the Free Planets Alliance are running away after they botched their invasion to the Galactic Empire. Now, they’re currently hiding in the Amritsar Starzone and Reinhard von Lohengramm and his fleet will crush the rebels… unless Vice-Admiral Yang Wen-li emulates his daring strategy much like in the Astarte Starzone. 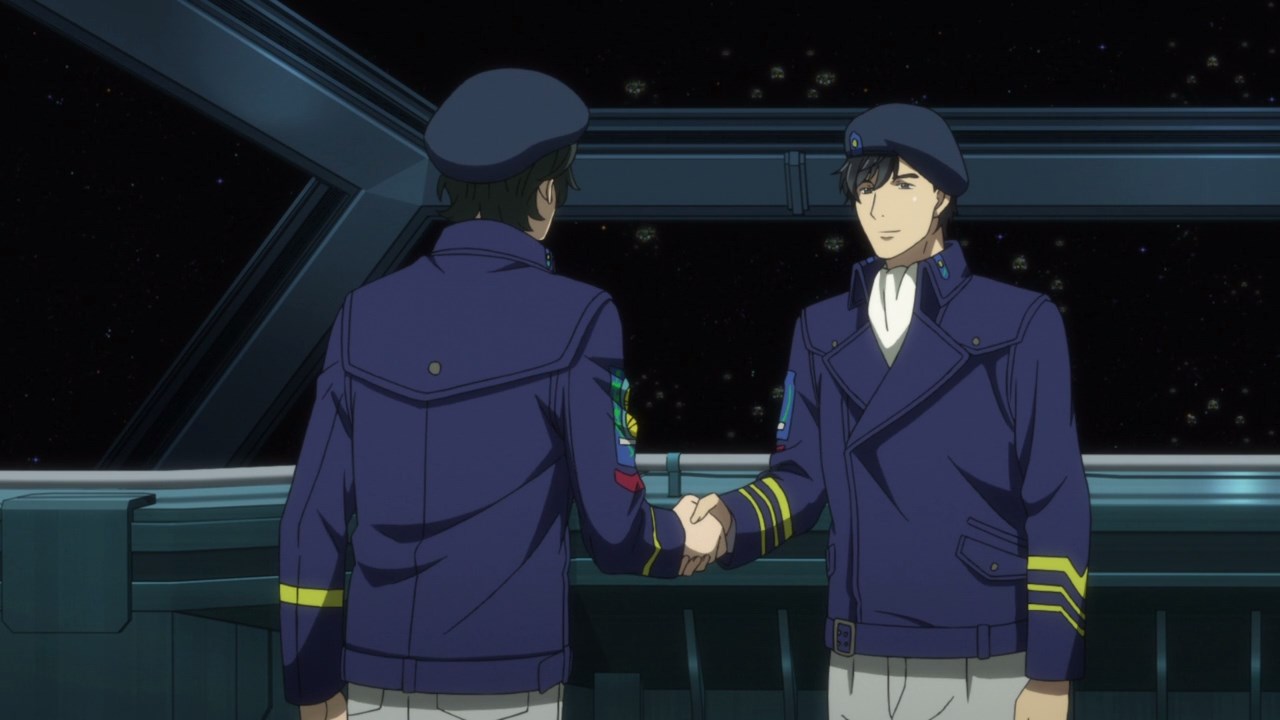 Speaking of Vice-Admiral Yang, looks like he’ll get some help from one of his trusted allies because he need one to save the surviving ships. 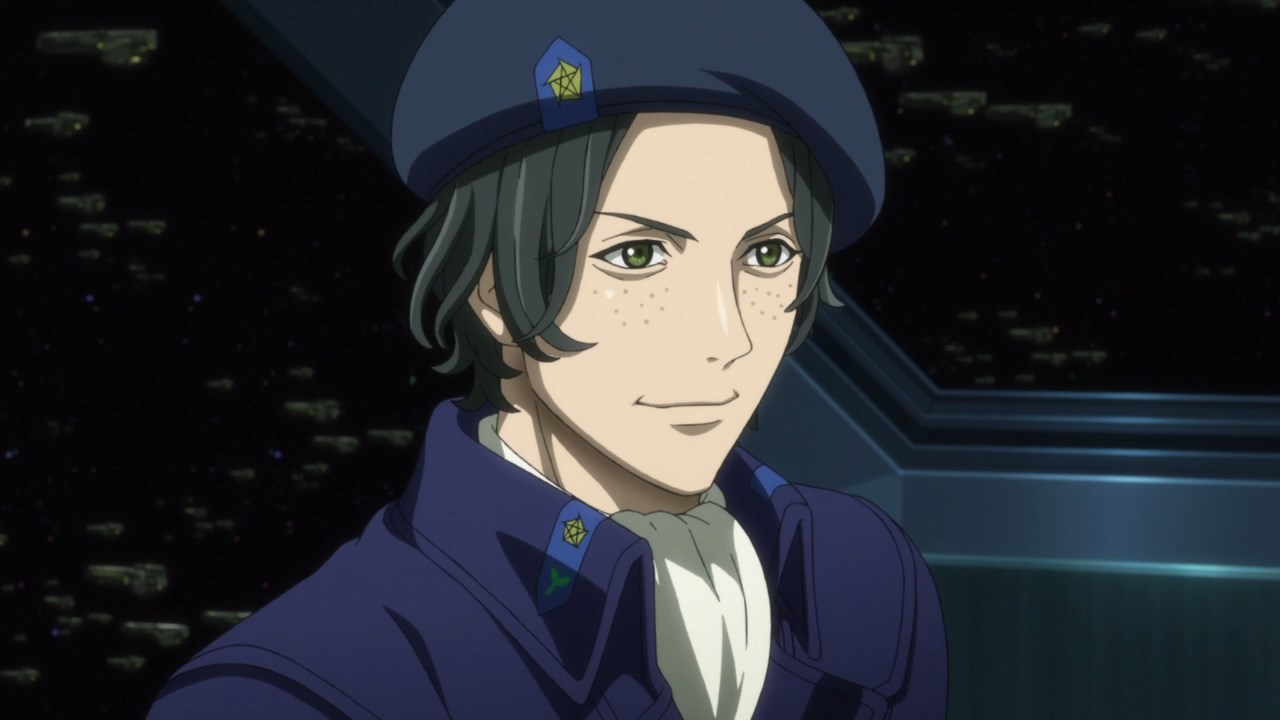 This is Vice-Admiral Dusty Attenborough where he’ll play an important role on saving the entire fleet with minimal casualties. I hope Attenborough’s plan will work as soon as possible… 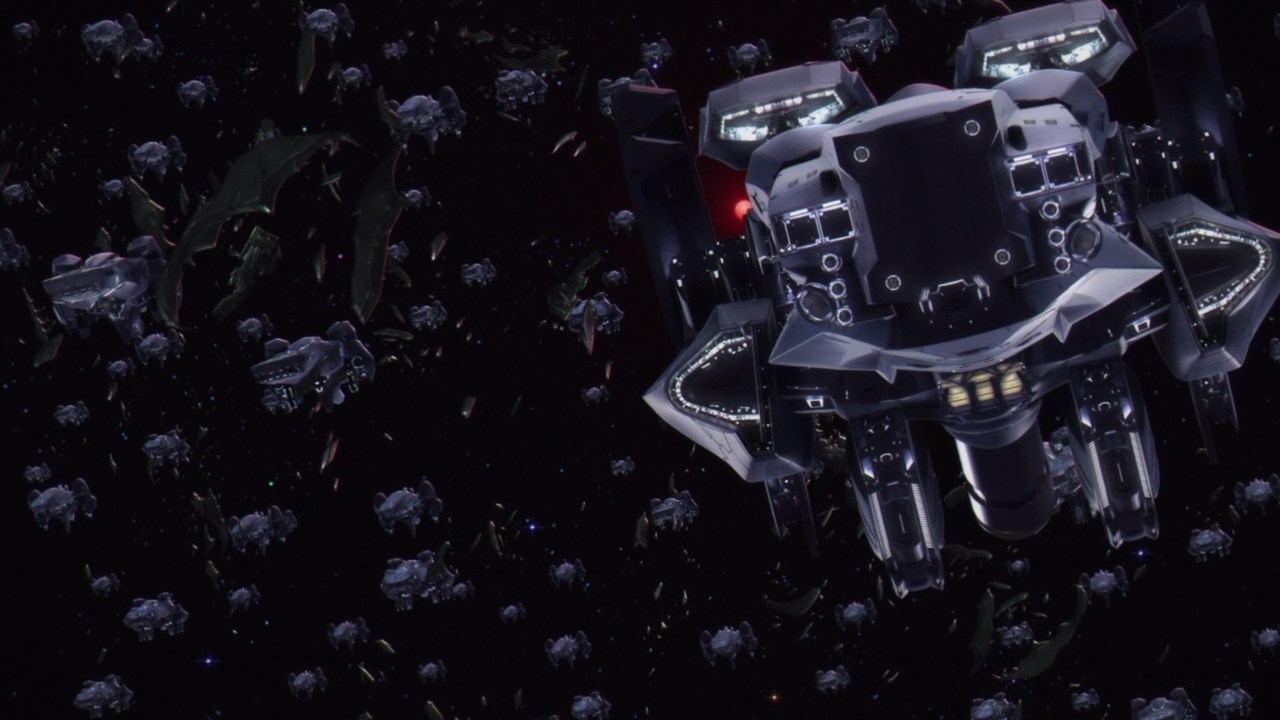 Otherwise, they’re gonna get wrecked by the Imperial Fleet as they finally arrived, especially the Schwarz Lanzenreiter where Vice-Admiral Fritz Josef Bittenfeld is gonna crush both the 10th and 13th Fleet. 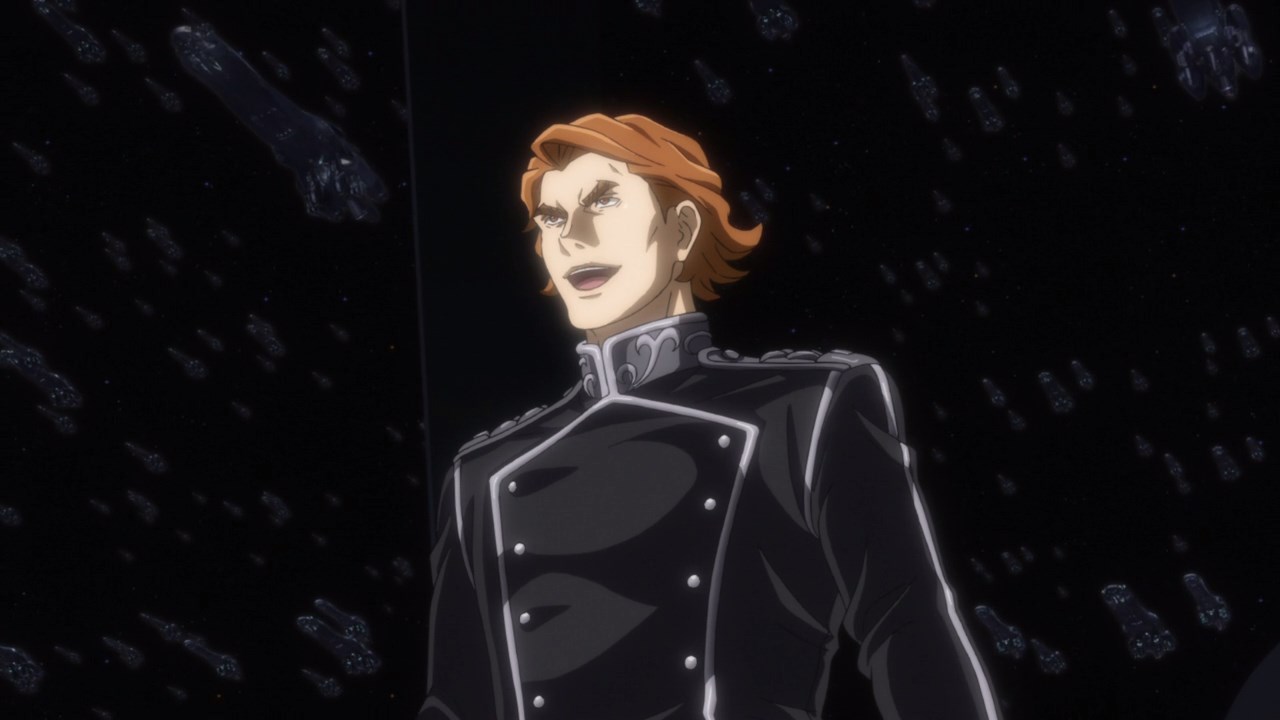 And while Vice-Admiral Bittenfeld is confident that his fleet will destroy the rebels’ remaining ships, he should think twice when fighting against Yang Wen-li. 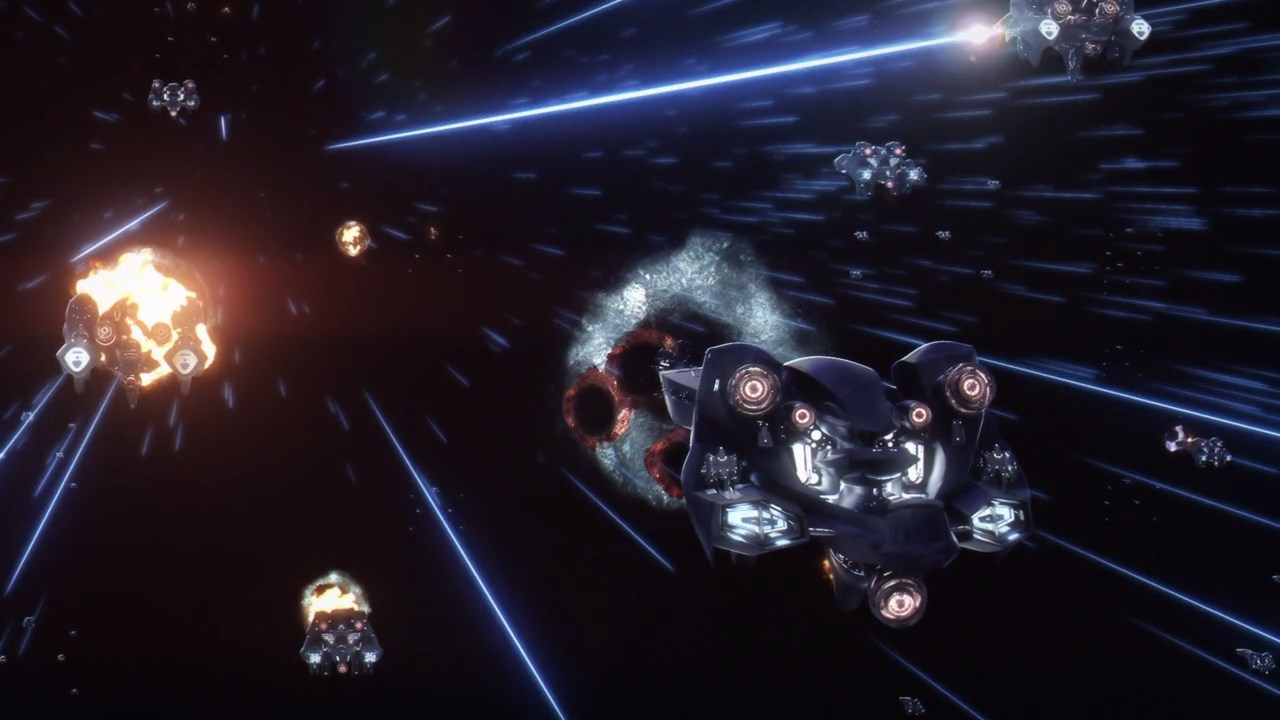 For you see, the 13th Fleet fired back when their shields are lowered. Oh yeah, and the Schwarz Lanzenreiter can’t return fire because they might hit their own Walküre starfighters. 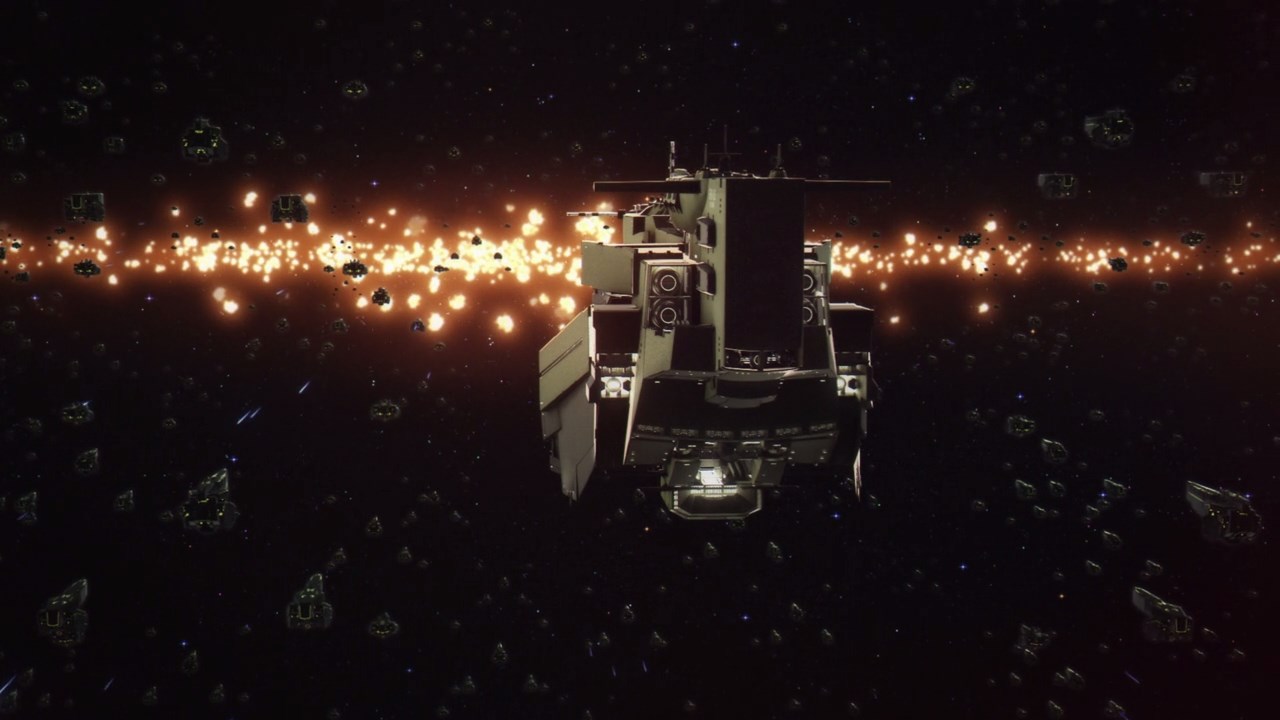 Meanwhile, Rear Admiral Siegfried Kircheis and his fleet have arrived after cutting off the enemy’s supply chain.

Now, they’re destroying land mines in which the Free Planets Alliance don’t have any counter-measures to stop the Galactic Empire’s offensive. 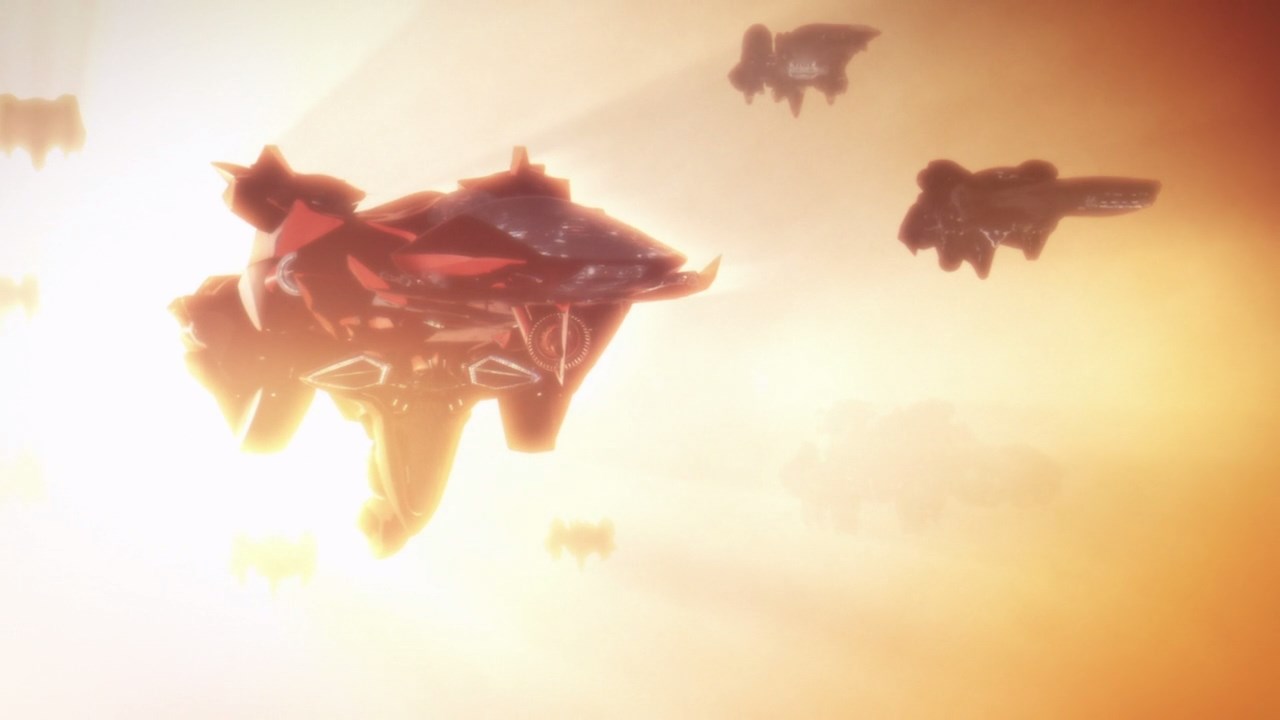 And so, the Galactic Empire will encircle the rebels and destroy what’s left of them… or so we thought as there’s a weakest link within the Schwarz Lanzenreiter since Vice-Admiral Bittenfeld’s fleet lost so many ships. 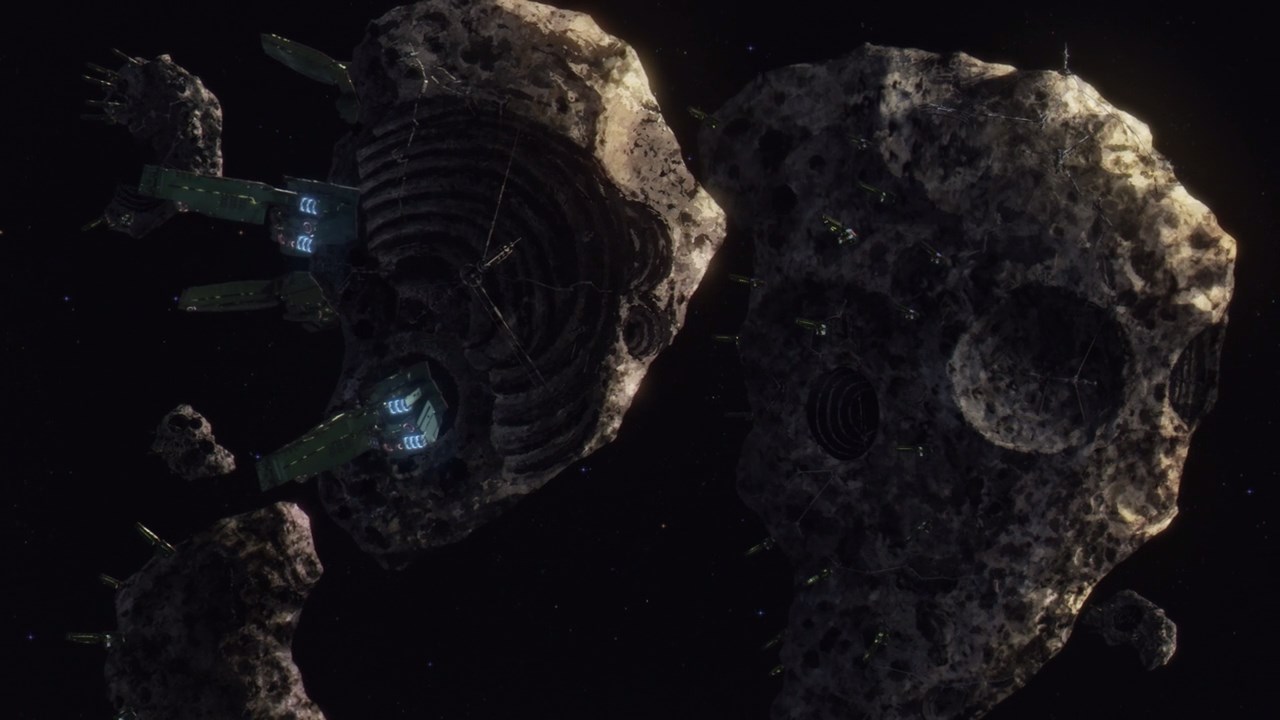 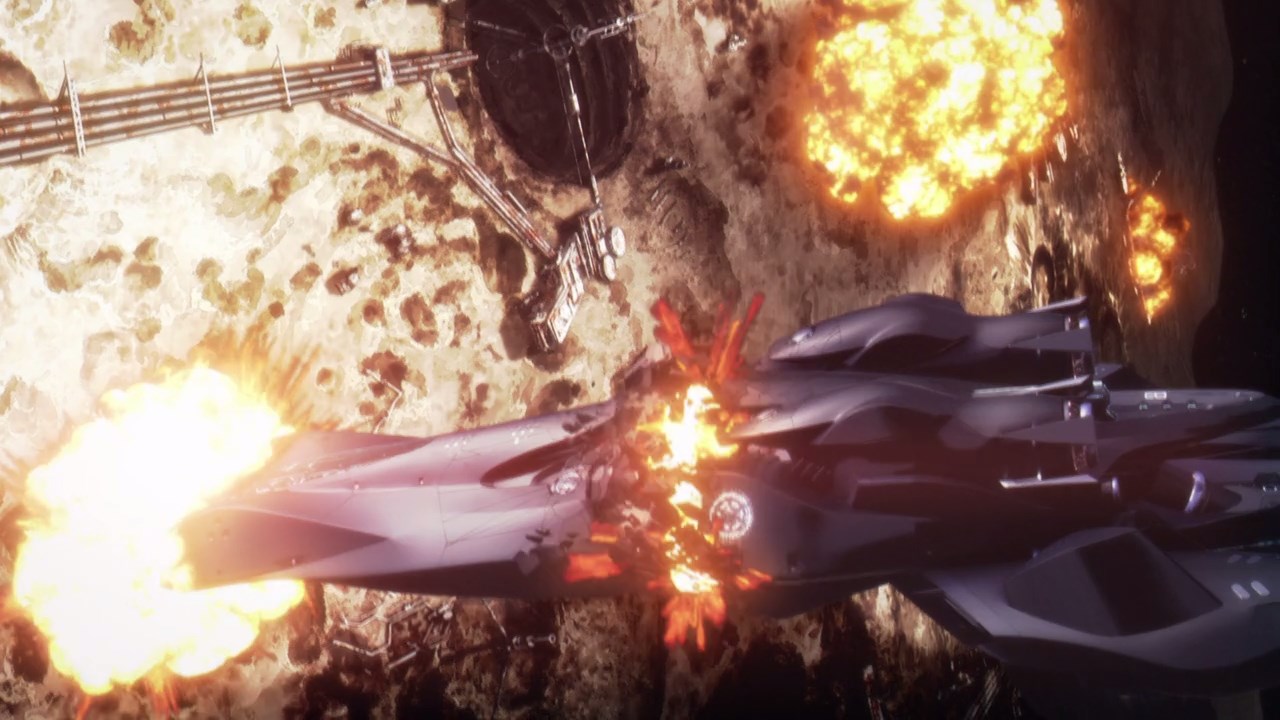 Oh and it gets worse for him as his ships are being destroyed by asteroids, losing 70% of his fleet in the process.

Well, looks like Vice-Admiral Attenborough managed to literally push the enemy back using giant rocks that are attached by damaged ships from the 10th Fleet. 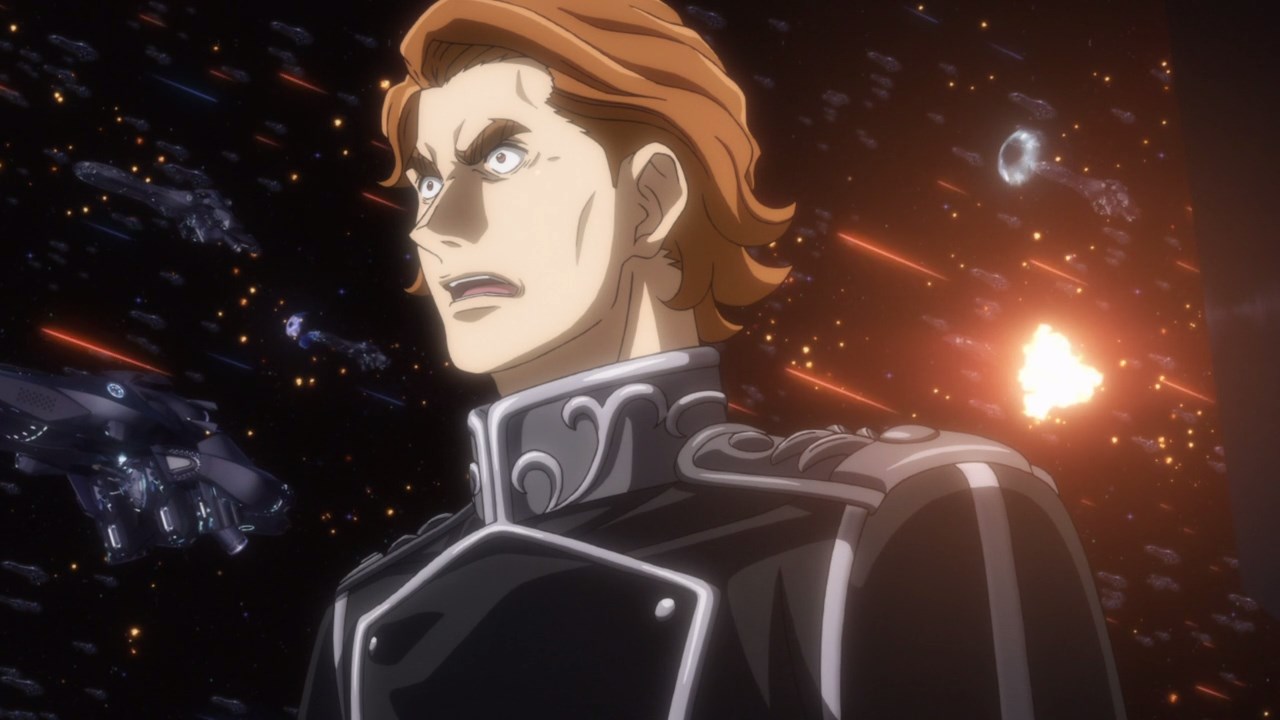 In any case, looks like Vice-Admiral Fritz Josef Bittenfeld got played real badly and while he wants to keep fighting, it’ll be suicidal to have the Schwarz Lanzenreiter completely wiped out. 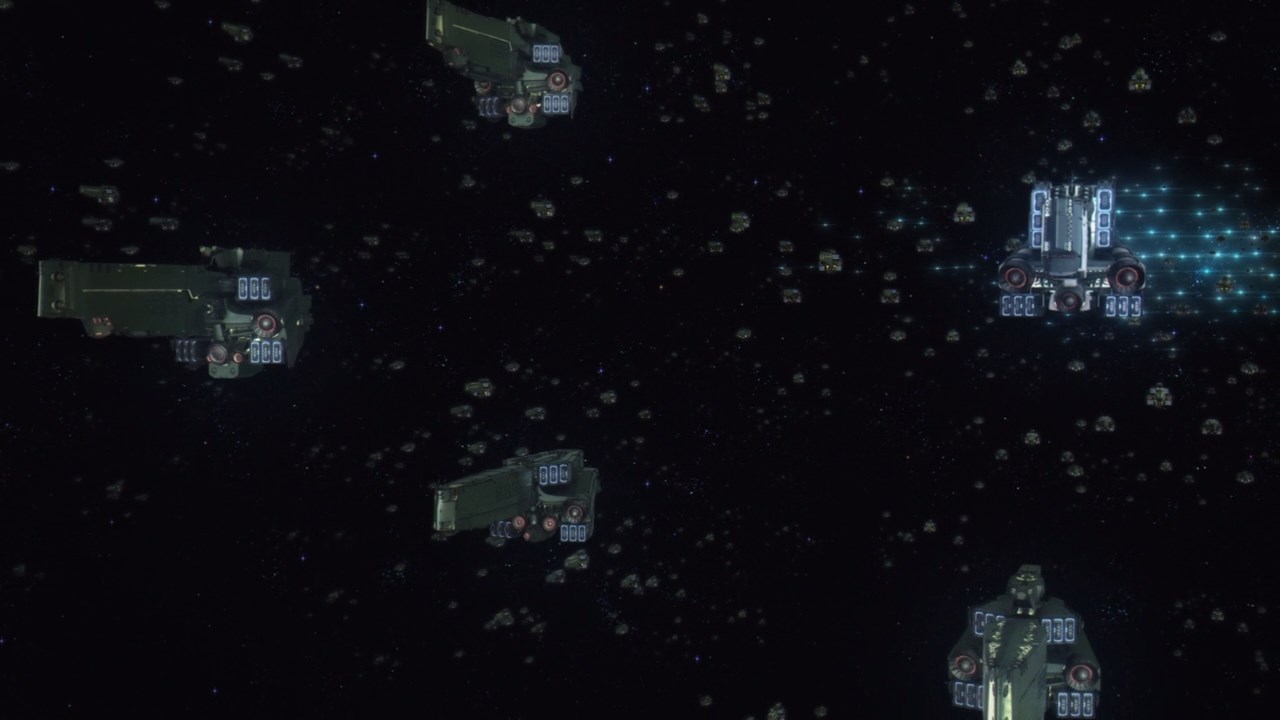 But as for the Free Planets Alliance, they got out of the Amritsar Starzone thanks to Vice-Admiral Yang’s escape strategy.

Still, the Alliance suffered a massive defeat at the hands of the Empire because of their botched invasion. 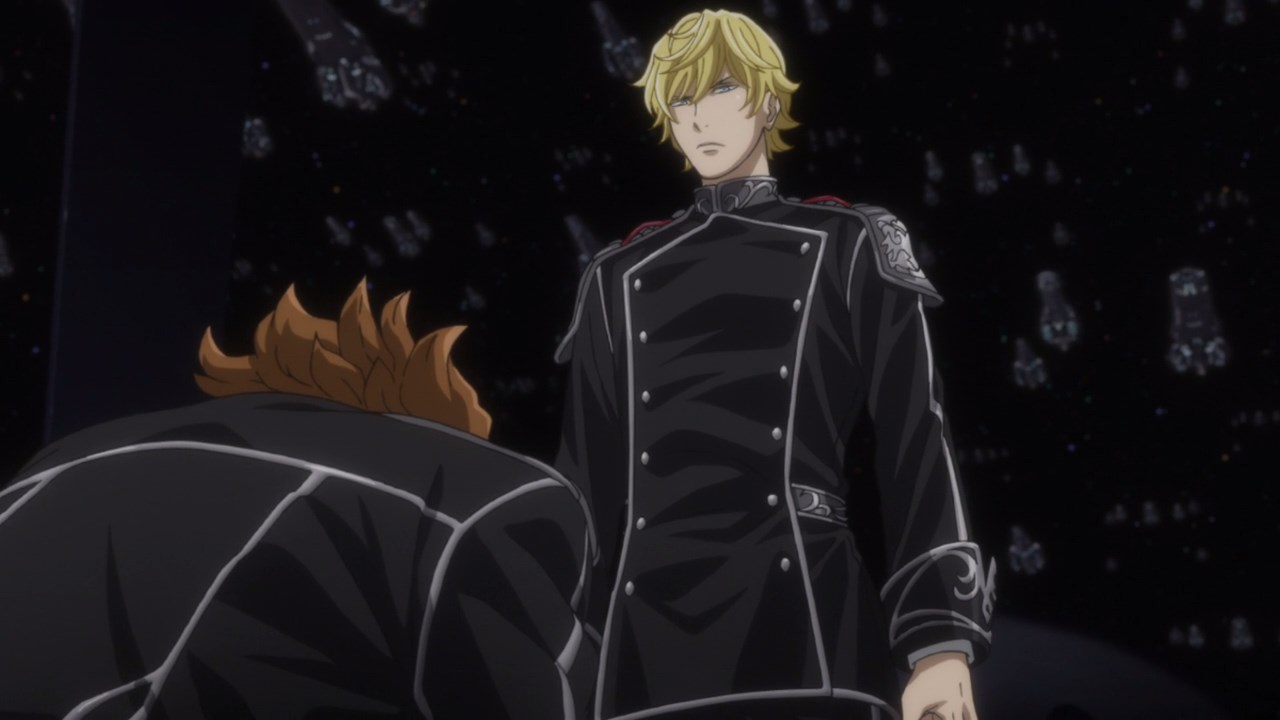 Meanwhile for the Galactic Empire, looks like Fleet Commander Reinhard von Lohengramm is pretty mad that Vice-Admiral Fritz Josef Bittenfeld made a foolish attempt to attack the Alliance, especially when Yang Wen-li is at the helm. 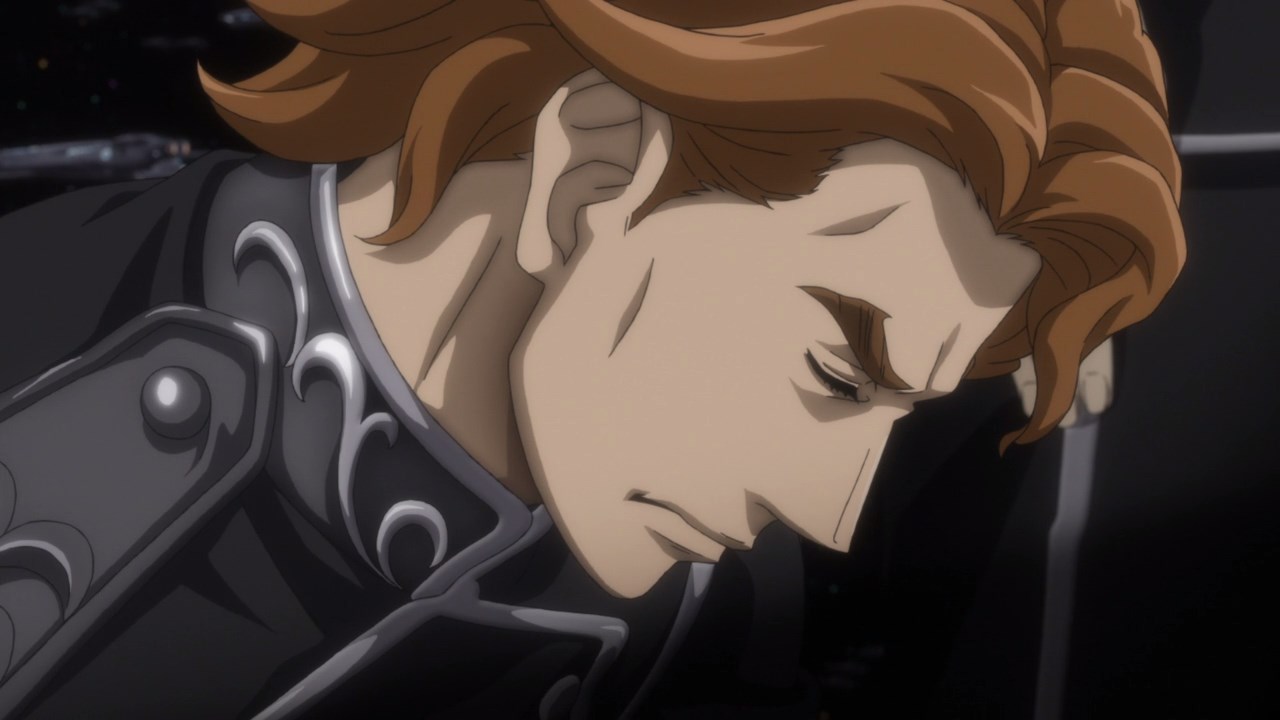 Of course, he felt bitter about his loss where despite fighting bravely in the battlefield, Vice-Admiral Bittenfeld was out-gunned and out-matched where he’ll get punished by his actions. 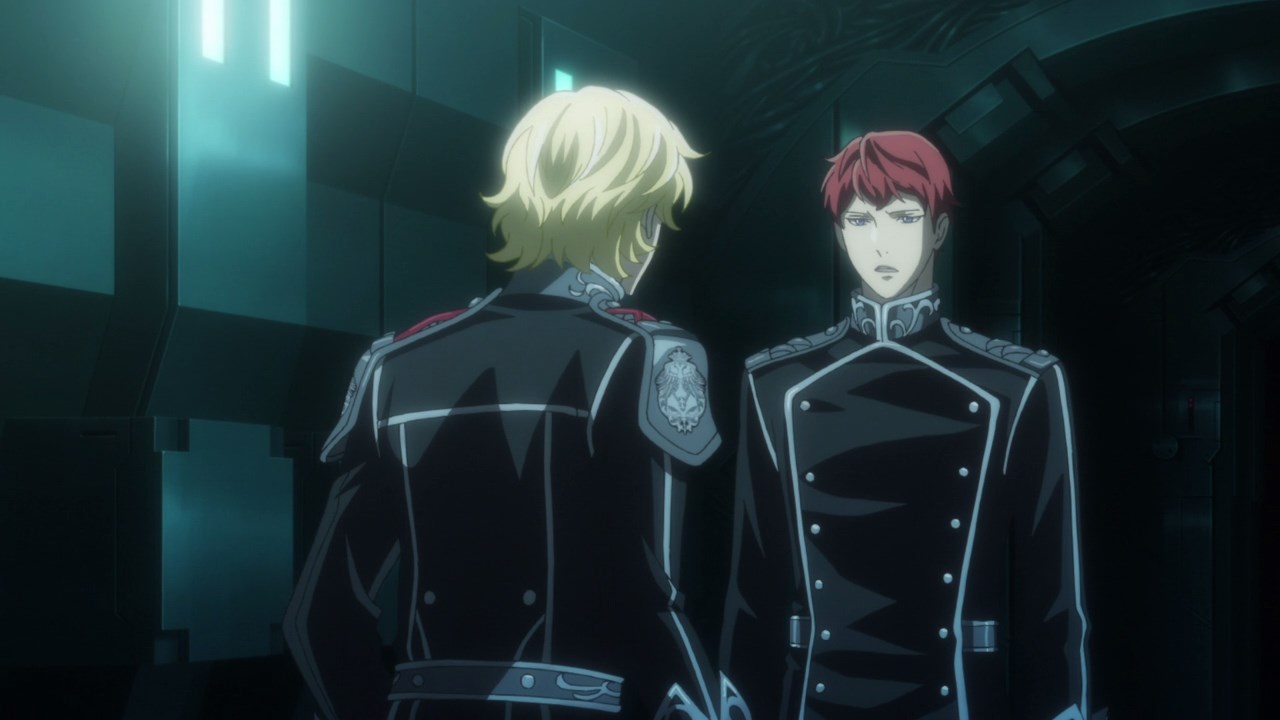 However, Rear Admiral Kircheis told Fleet Commander Lohengramm to reconsider when it comes to punishing Vice-Admiral Bittenfeld where despite making mistakes in the Amritsar Starzone, Siegfried wants the vice-admiral to have a second chance of redemption. 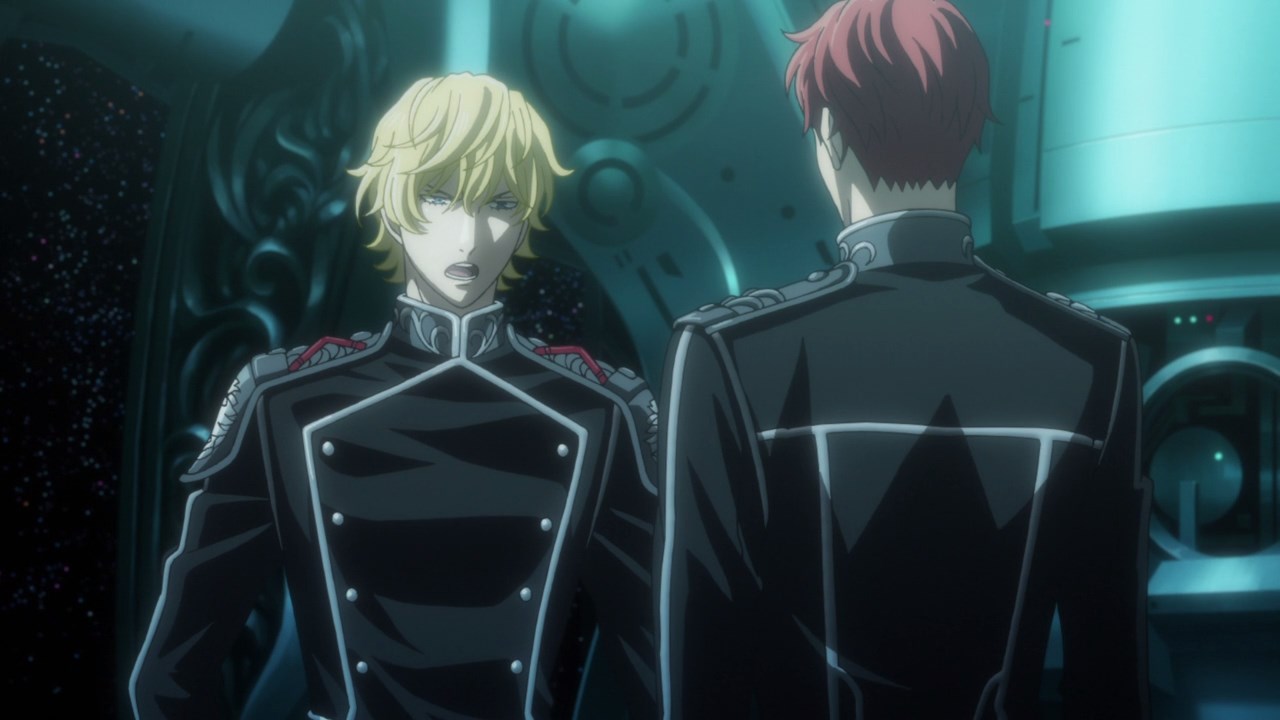 Oh yeah and about Reinhard von Lohengramm? He’s not only regretful that he gave a harsh punishment to Fritz Josef Bittenfeld, but also frustrated that Yang Wen-li foiled his plan yet again.

Still, he can’t make more enemies within the Galactic Empire as Reinhard von Lohengramm needed more allies to his ambition. 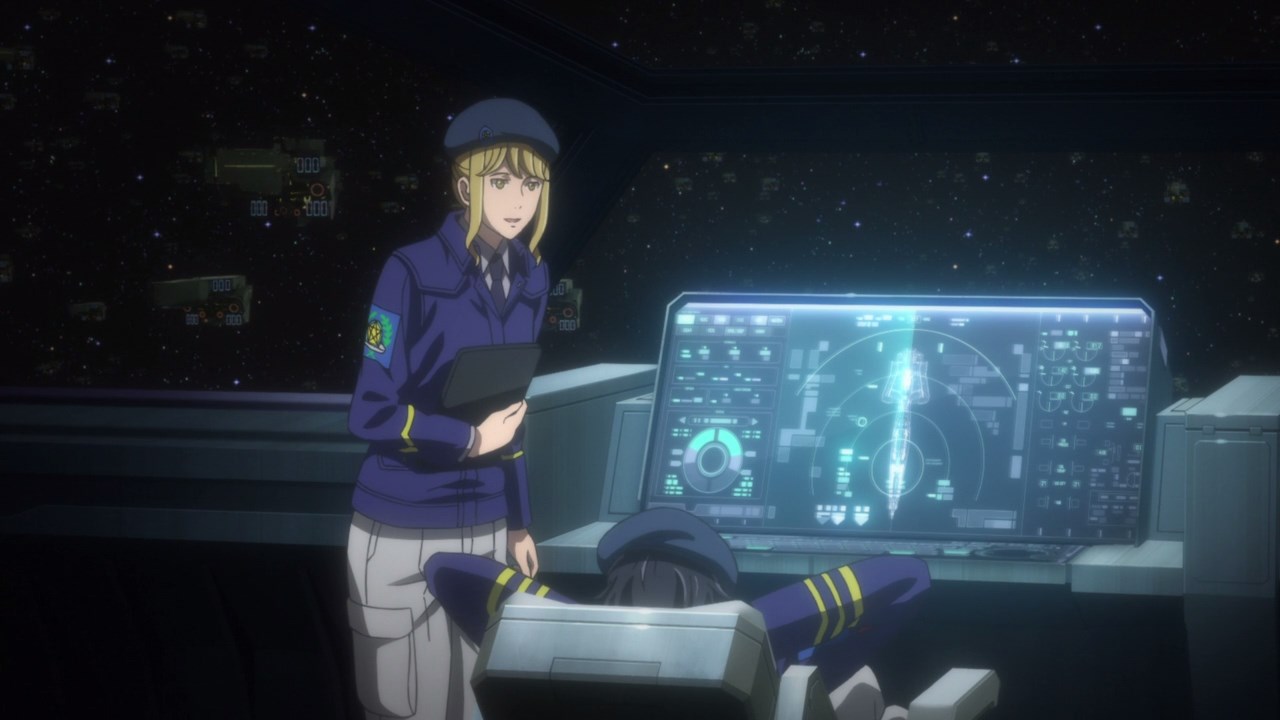 Moving back to the Free Planets Alliance where they’re licking their wounds after a disastrous campaign to invade the Imperial Territory.

Oh yeah, here’s Sub-lieutenant Frederica Greenhill where she’s offering some tea to Vice-Admiral Yang Wen-li, although he wanted to add brandy to it. 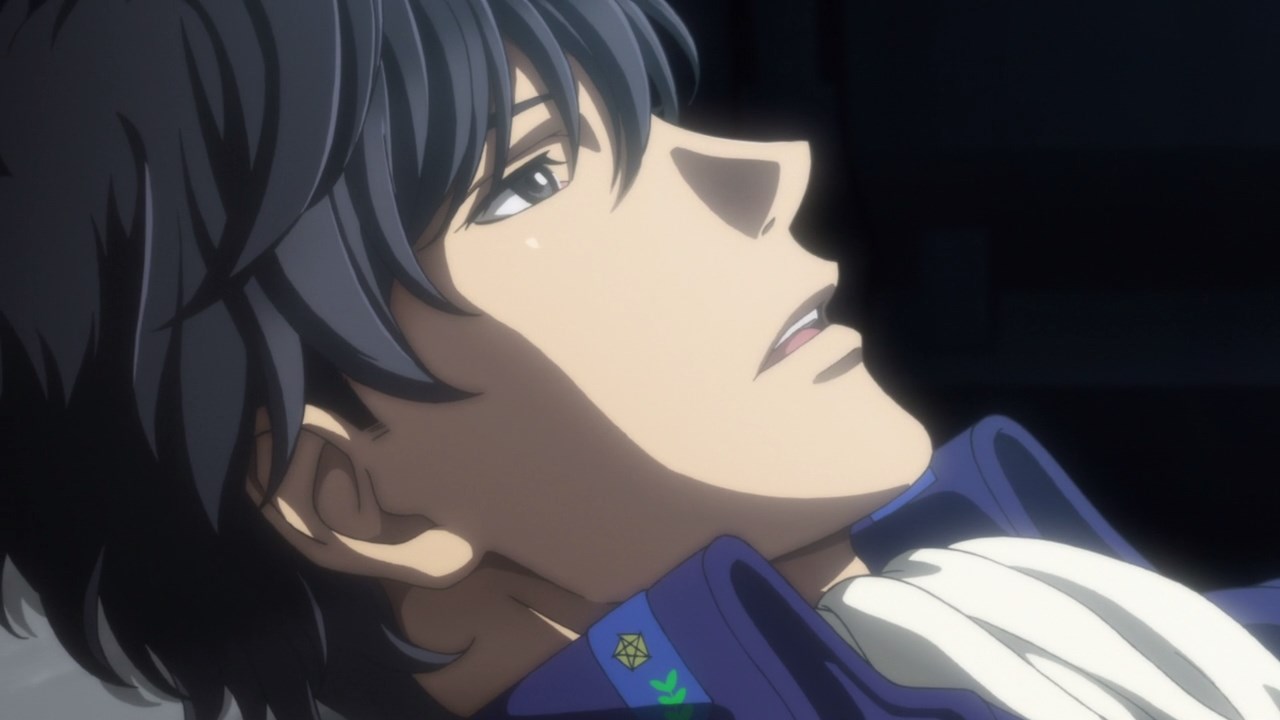 Still, he felt responsible for letting his comrades die on the battlefield, hence Vice-Admiral Yang wanted to drown his sorrows with alcohol. Um Wen-li, please don’t be a drunkard.

Anyways, the failed invasion of the Imperial Territory has affected back home where politicians and military officers who are responsible for it have resigned. But in the case of the military, a few of them are either demoted or transfer to a different sector.

Of course, the Alliance won’t give up on overthrowing the Empire as they’ve reorganize the military, with Yang Wen-li being promoted as Admiral. Then again, Yang feared that the Galactic Empire might strike again since the Free Planets Alliance have weakened due to its blunder. 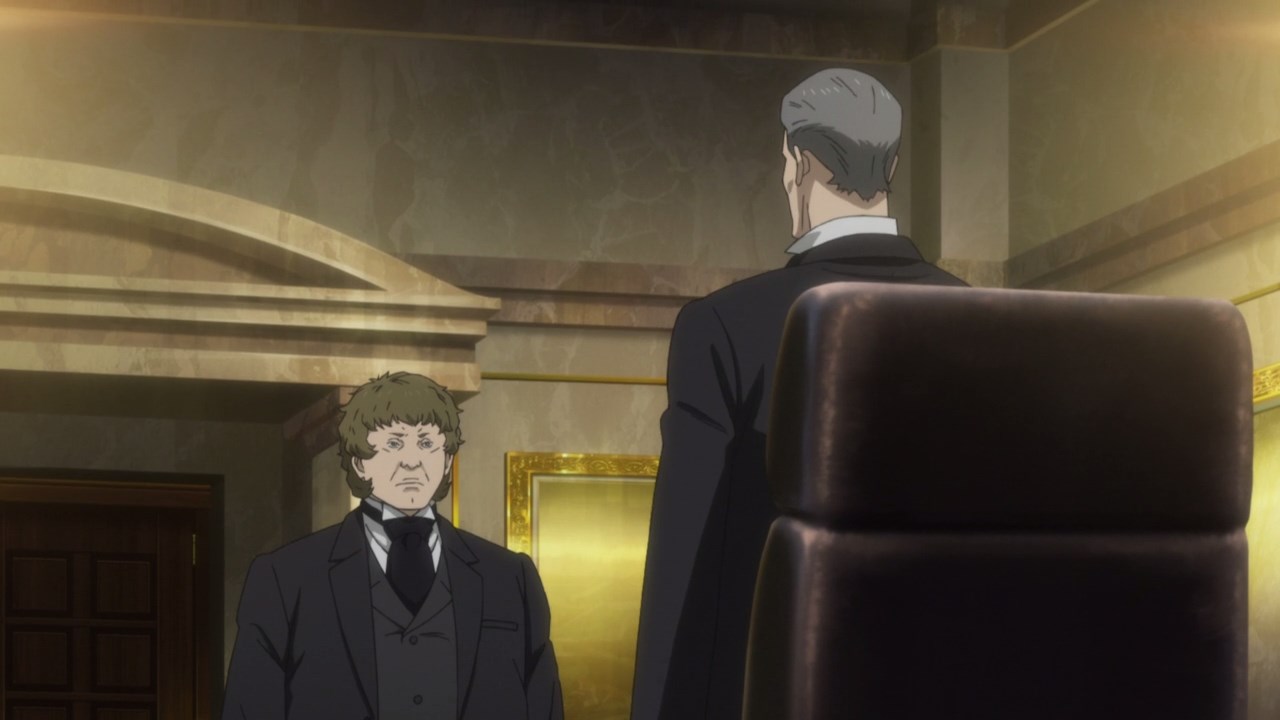 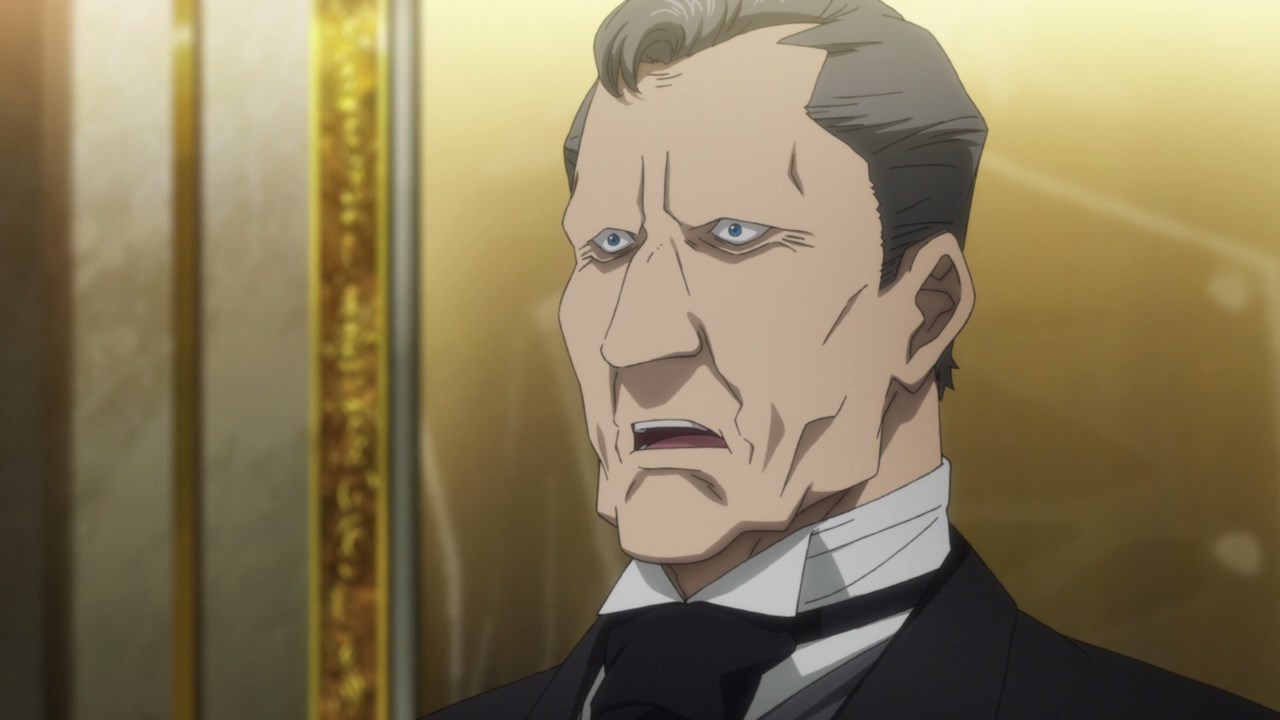 But, it appears that the Galactic Empire got a crisis on hand as Prime Minister Klaus von Lichtenlade heard the unfortunate news. 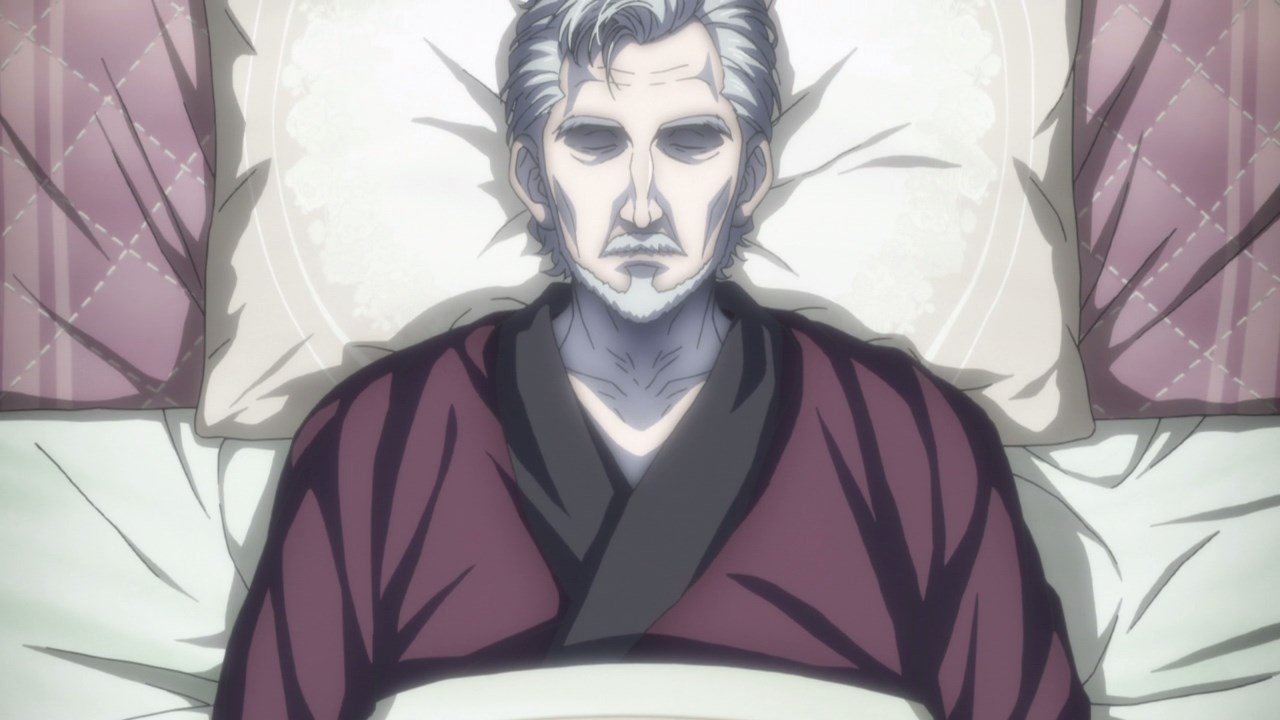 You see, Kaiser Friedrich von Goldenbaum IV passed away on his sleep. Not only it’s bad because the Empire’s morale will drop once they learned about the emperor’s death, but whoever succeeds Kaiser Friedrich IV will make the ongoing war even worse than before, rather than offering a peace treaty with the Alliance.

Regardless, things are getting more interesting in Season 2 now that the Galactic Empire has a succession crisis, although the Free Planets Alliance can’t stage a retaliation at the moment as it’s currently rebuilding its forces. Anyways, I’ll see you next time!