Legend of the Galactic Heroes: Die Neue These Episode #14 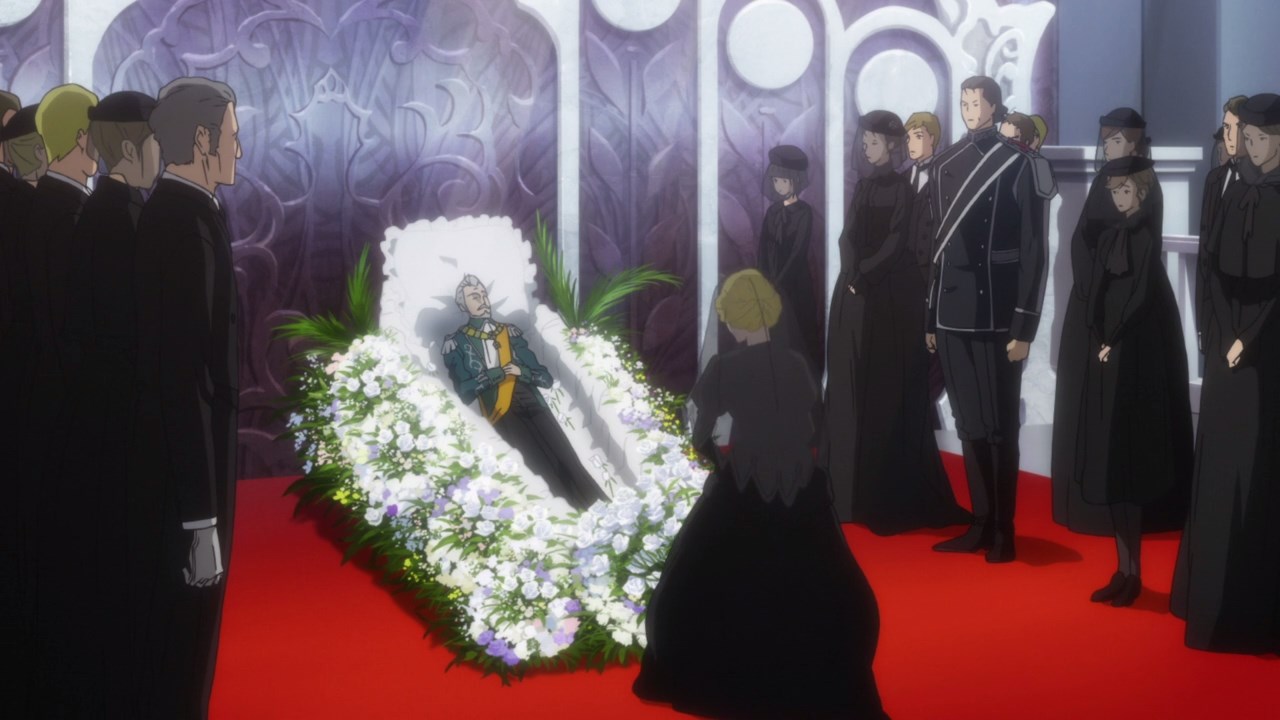 Well everyone, they learned about the passing of Kaiser Friedrich von Goldenbaum IV as nobles pay their final respects to the deceased emperor, including Annerose von Grünewald where her role as a concubine is over as Annerose will leave the palace soon. 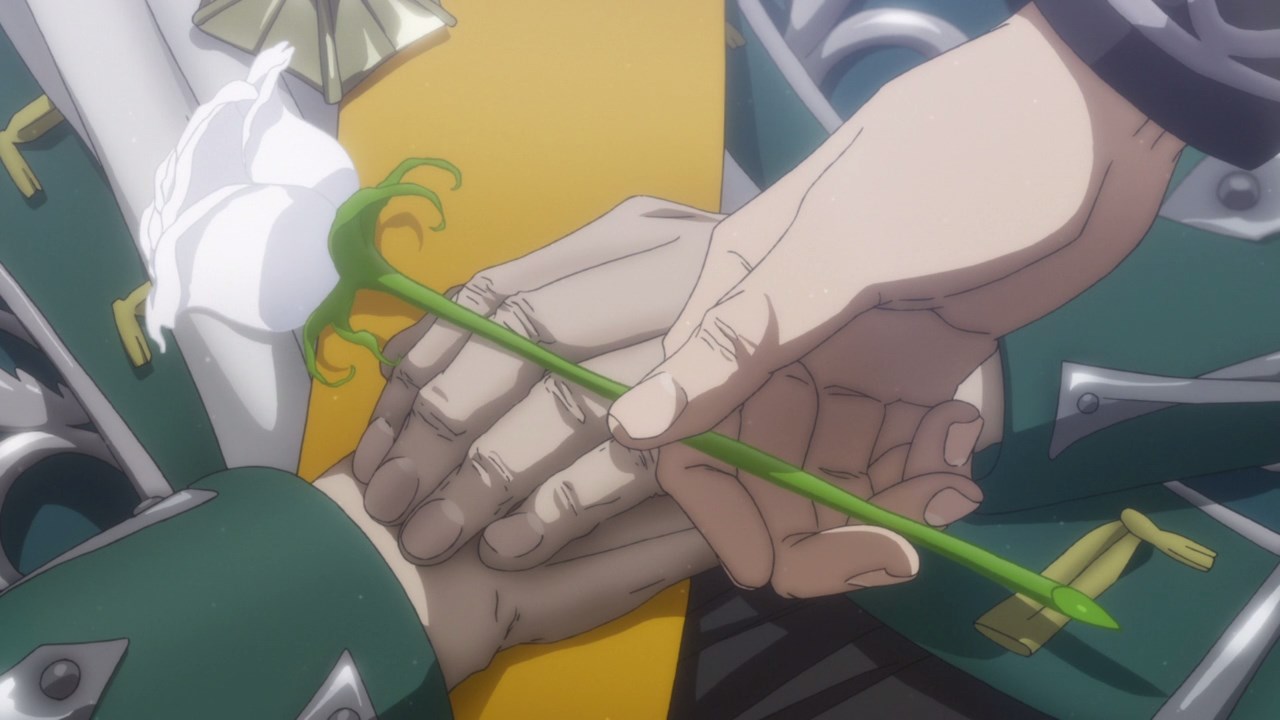 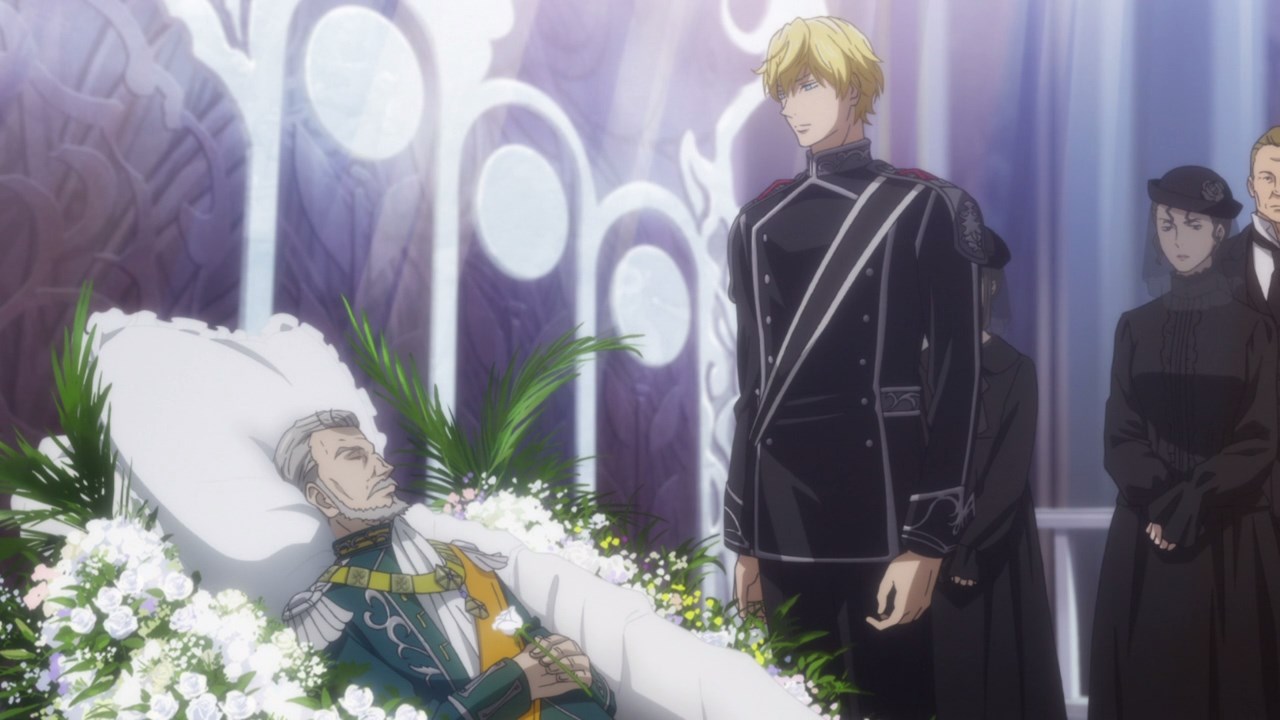 Of course, there’s Reinhard von Lohengramm where he thinks that Kaiser Friedrich IV should have lived a little bit longer so he can punish the emperor for his crimes. Now, the only thing left to do is who will succeed the throne. 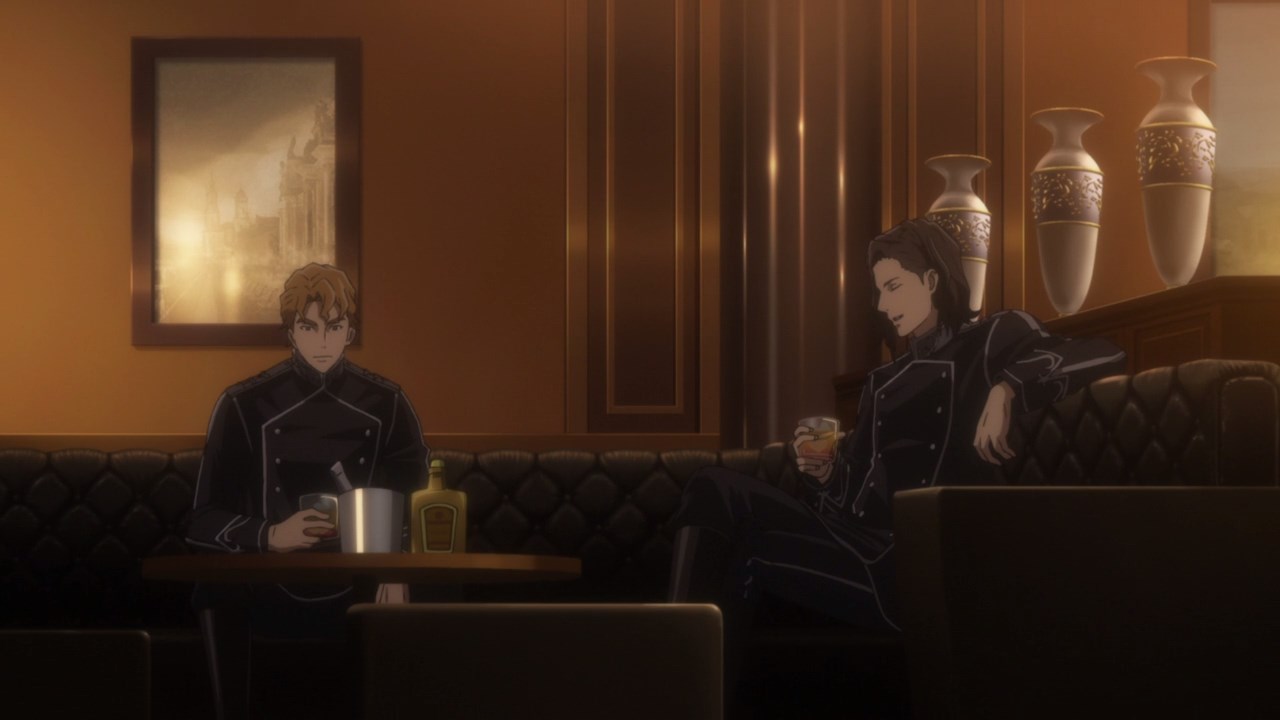 Oh yeah, here’s both Wolfgang Mittermeyer and Oskar von Reuenthal where they discuss on who will succeed the throne. For one, there’s Erwin Josef II who’s the youngest candidate and the grandson of Friedrich IV. And the other candidates are from the Littenheim and Braunschweig household where their respective daughters, Sabine and Elizabeth, are also considered to take the throne.

Then again, the only safe bet that they’ll come up with is putting Erwin Josef II as the next emperor as Klaus von Lichtenlade feared that both the Littenheim and Braunschweig household will bring chaos within the Galactic Empire. Of course, the prime minister needed someone who can protect Erwin Josef II as Friedrich IV’s grandson will be targeted by assassins. Well then, let’s see how it goes… 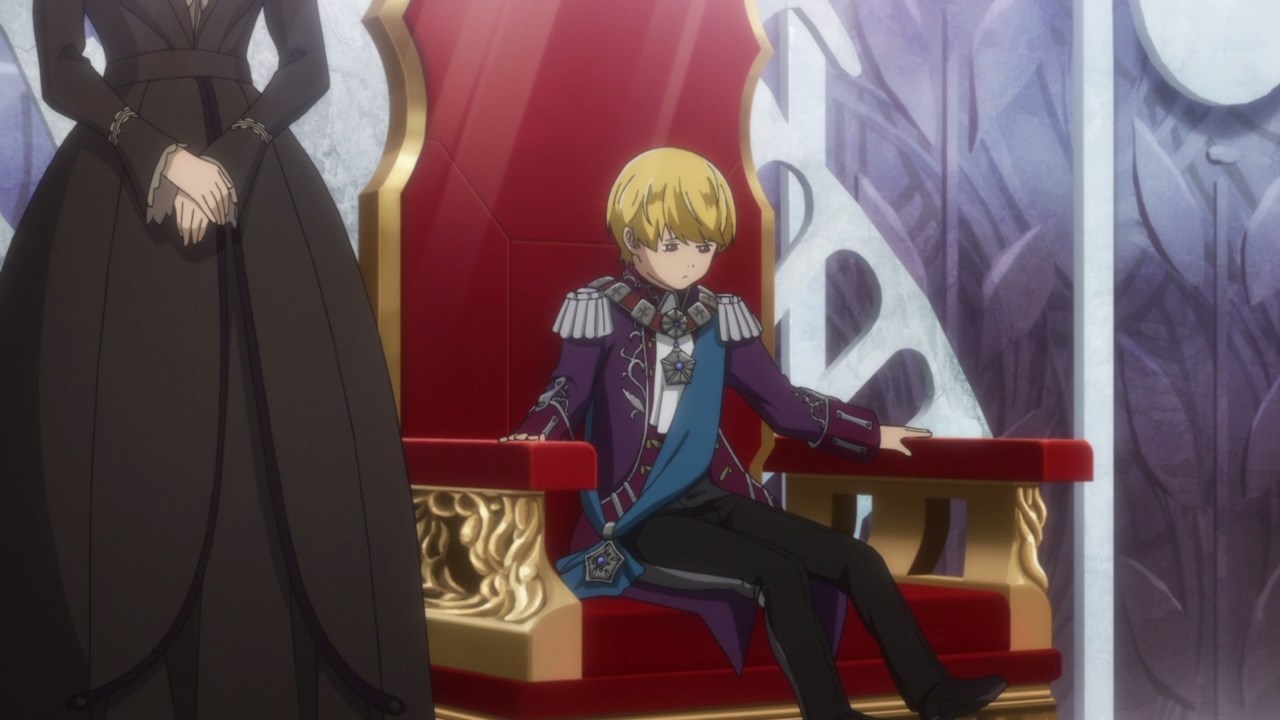 Anyways, the Galactic Empire has a new emperor as Erwin Josef von Goldenbaum II will officially succeed from Friedrich von Goldenbaum IV, thus the dynasty will remain for future generations. 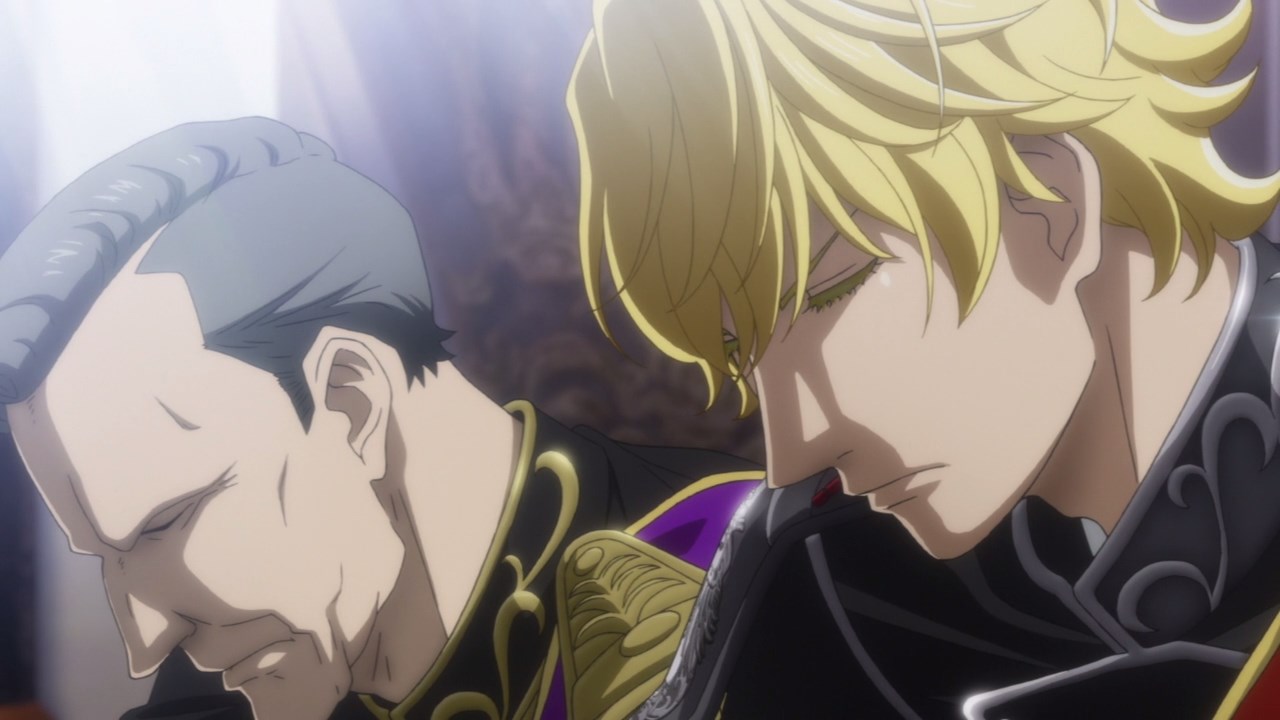 Also, Klaus von Lichtenlade has become the emperor’s regent while Reinhard von Lohengramm is promoted to marquis, bringing him closer to the empire’s inner circle of nobility.

Not only that, but Reinhard von Lohengramm has become the new commander-in-chief of the Imperial Space Fleet, replacing Gregor von Mückenberger who has retired from military service, while his trusted companion Siegfried Kircheis is promoted to high admiral and also appointed as vice-commander.

Well then, looks like there’s some stability with the Empire but it won’t last long… 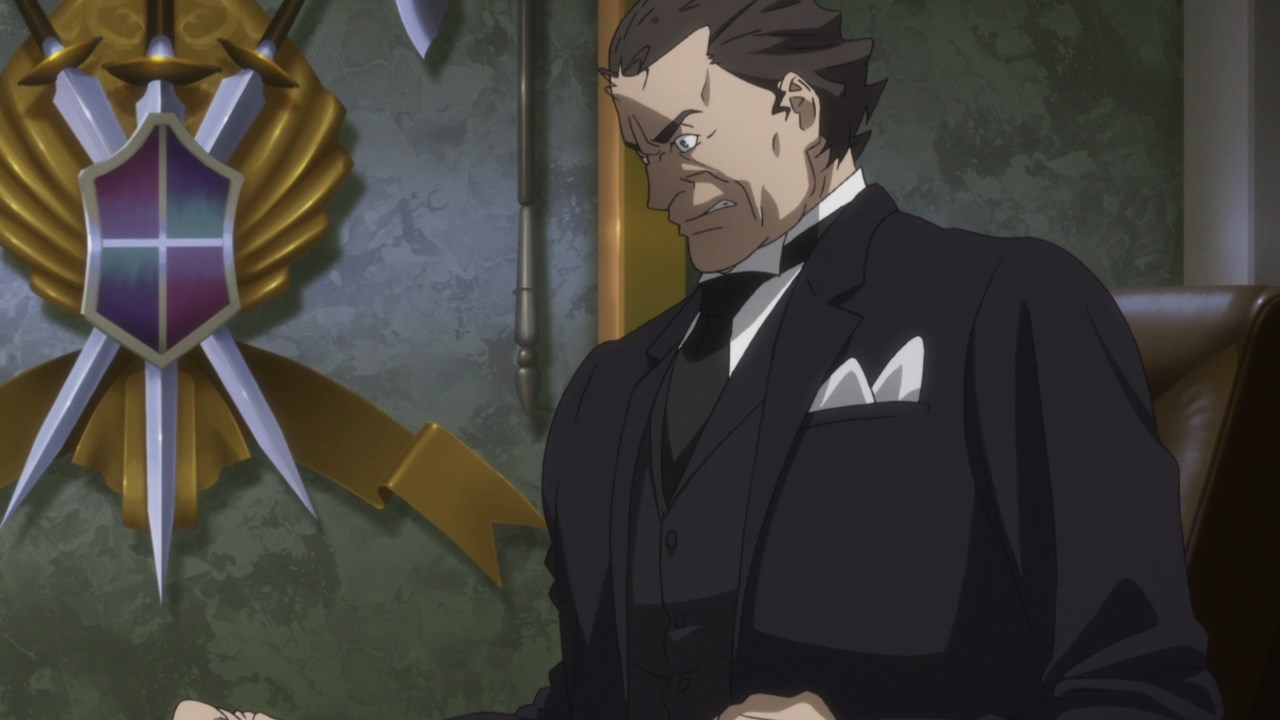 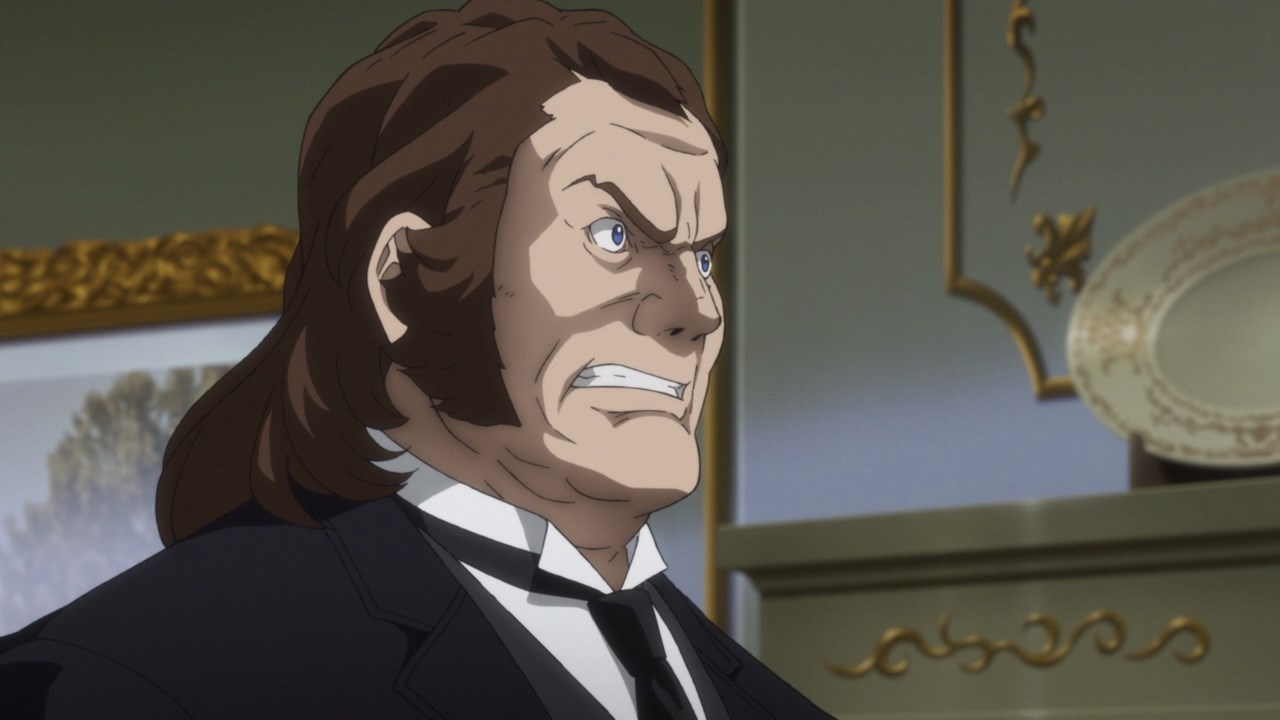 You see, both Marquis Wilhelm von Littenheim and Duke Otho von Braunschweig are furious that a 5-year old boy was chosen over their respective daughters to succeed Friedrich IV. Man, I fear that there will be a civil war within the Empire. 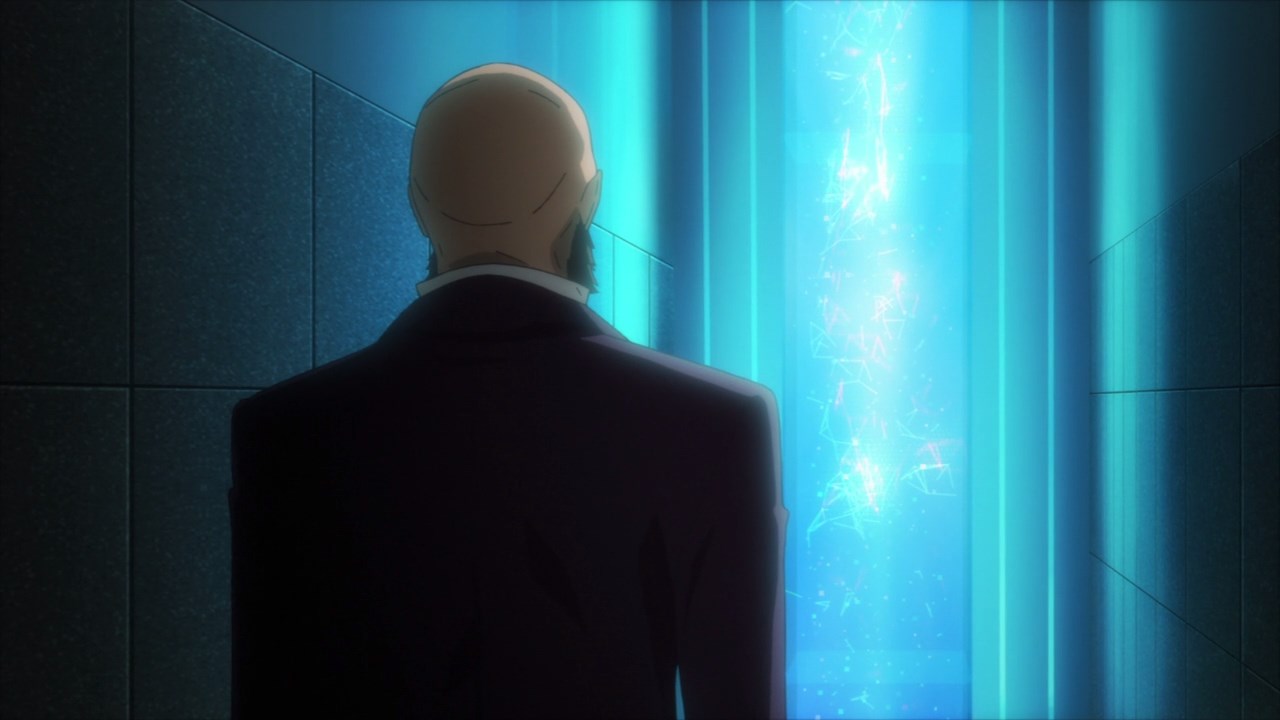 Now let’s move onto the Dominion of Fezzan where Landesherr Adrian Rubinsky is talking to someone from Earth.

Oh yeah, this person Adrian is talking to is a Grand Bishop in which he desires to have humanity revere Earth as the center of all civilization, all while crushing both the Free Planets Alliance and the Galactic Empire as the Grand Bishop believes that these two superpowers have lead humanity astray. 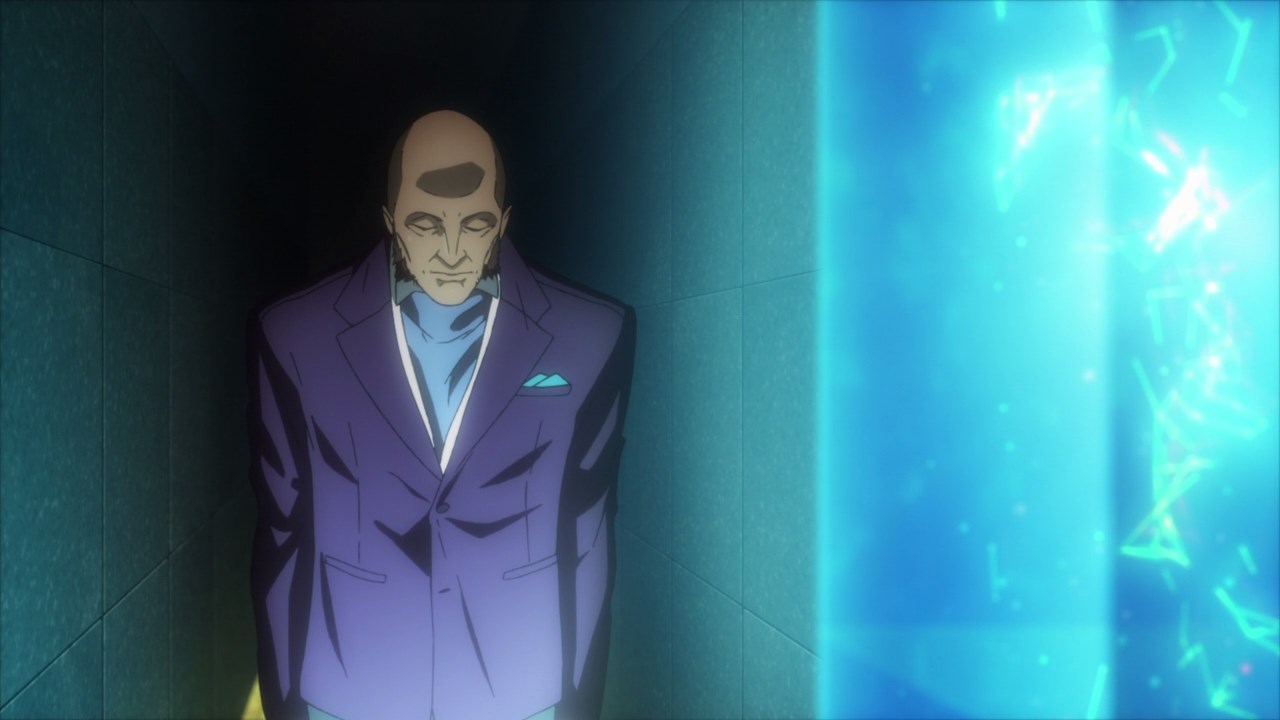 Speaking of Adrian Rubinsky, while he follows the Grand Bishop in regards to leading humanity on revering Earth, I feel that he won’t remain loyal for much longer as the Landesherr has an ambition to control everything once both the Alliance and the Empire are weakened.

As for the Grand Bishop from Earth, we’ll get back to him in future episodes ’cause his religion is quite sketchy. 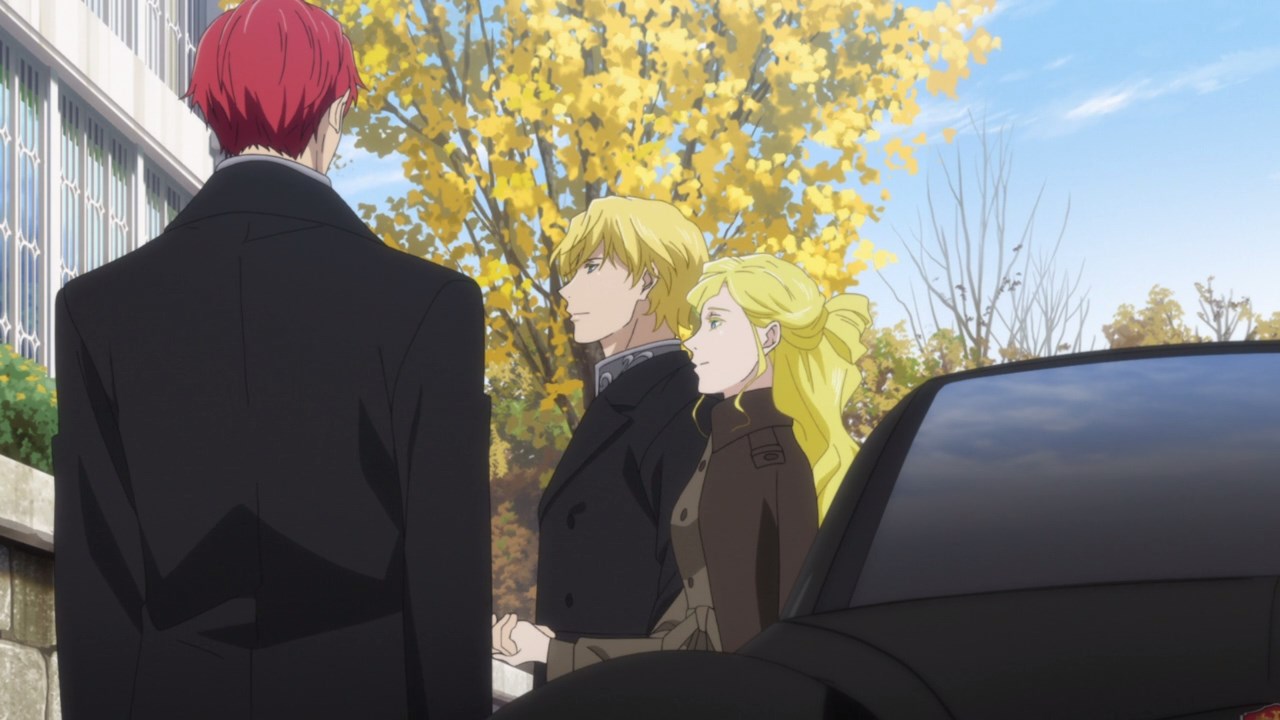 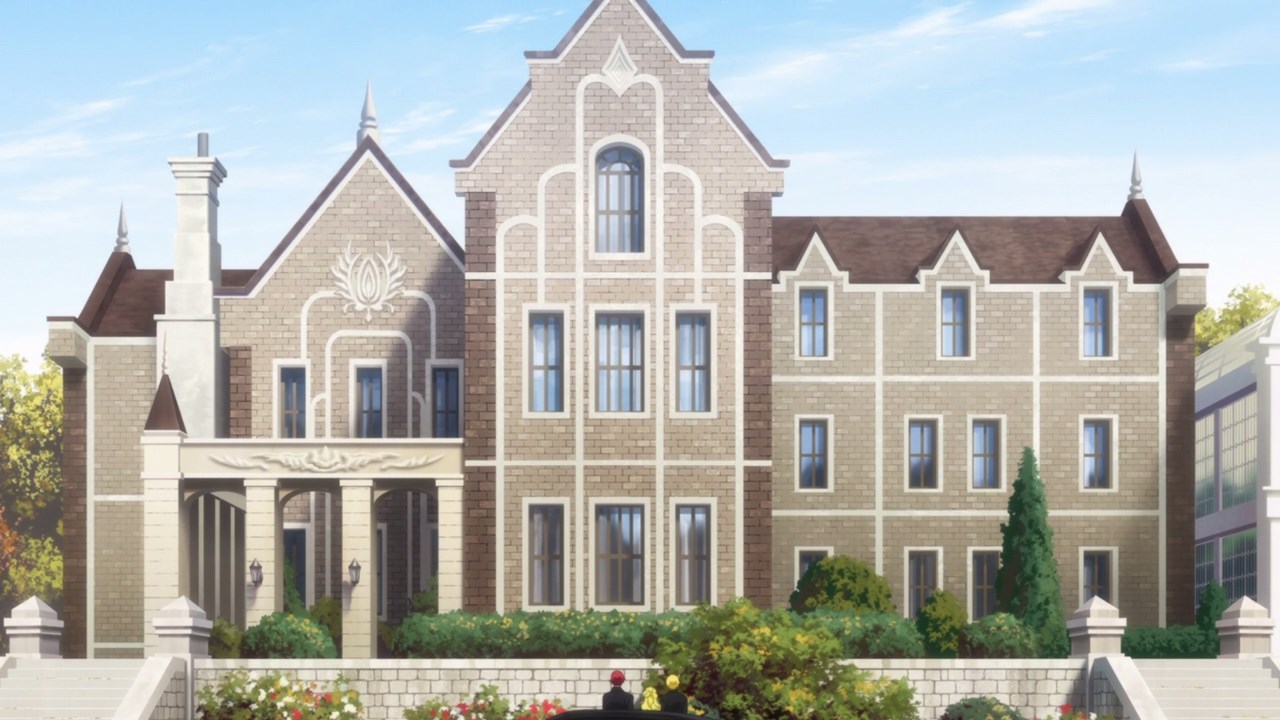 And while it’s not that big compared to the imperial palace, the size of this mansion is quite adequate for Annerose as Reinhard prays for his sister’s happiness. 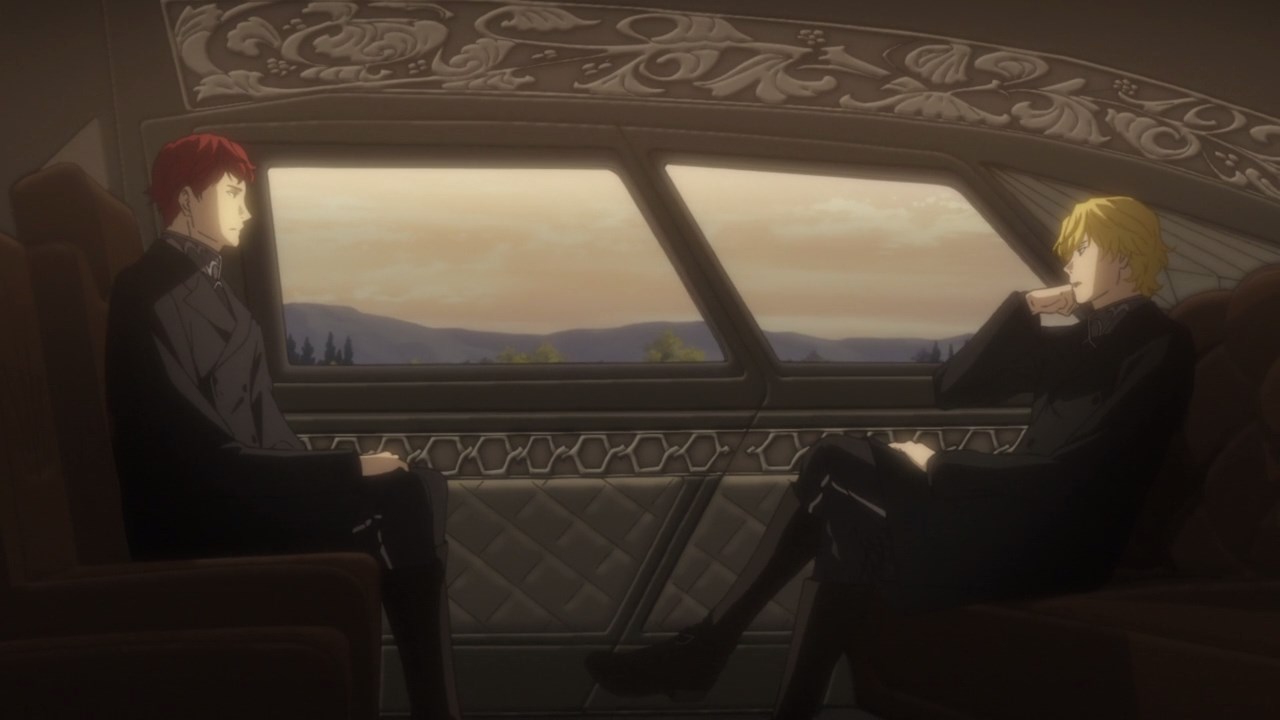 Of course, Reinhard is worried that his older sister will be caught in a civil war that would tear the Galactic Empire apart. Man, I hope nothing bad will happen to Annerose von Grünewald.

Anyway, it seems that the marquis has a plan to keep the Free Planets Alliance busy while he and his supporters will take advantage in the upcoming chaos within the Empire. Unfortunately, I’ll have to find that out next time.