Legend of the Galactic Heroes: Die Neue These Episode #15 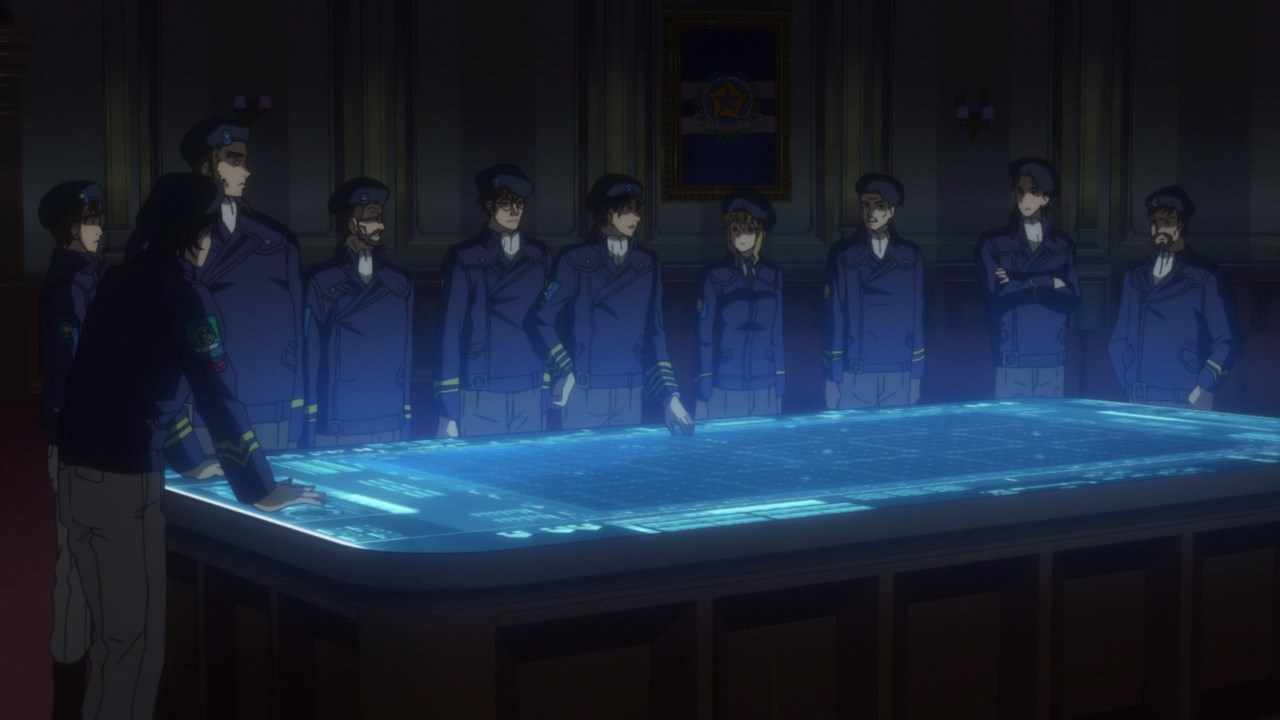 Well everyone, it looks like Admiral Yang Wen-li and his fleet will have an unsuspected visitor inside the Iserlohn Fortress. And do you know who that visitor is? 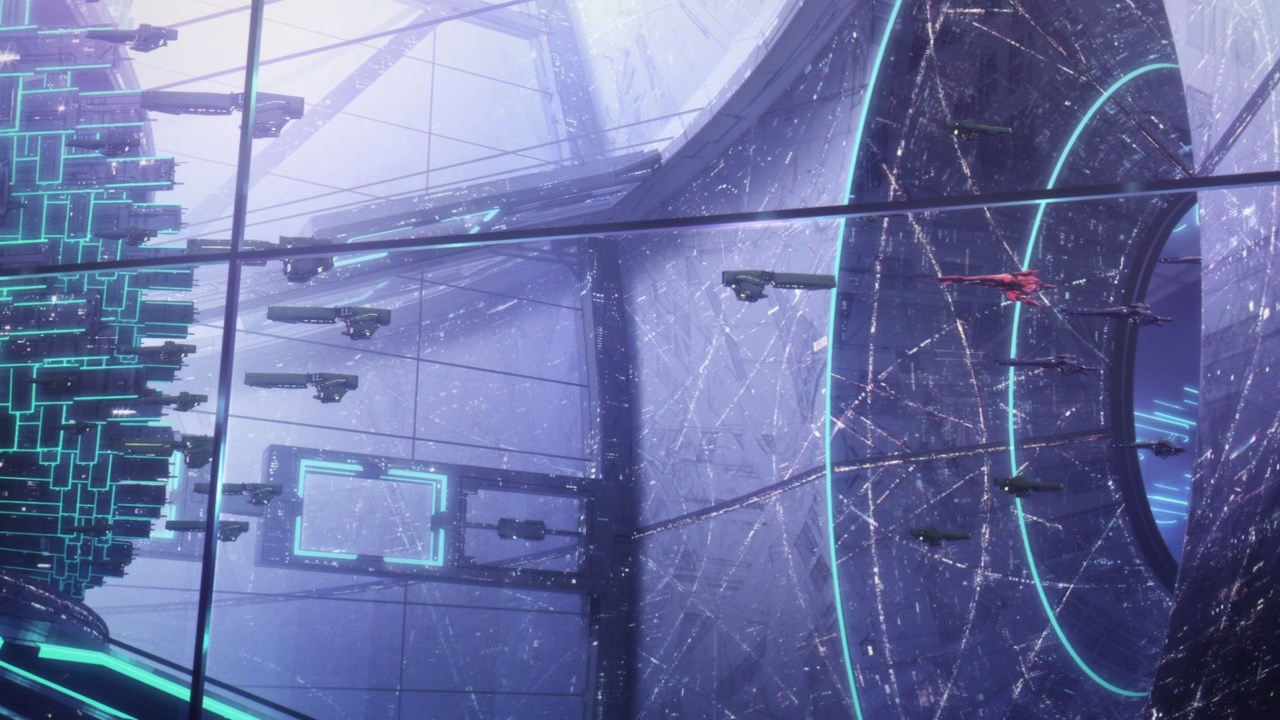 Why it’s none other than High Admiral Siegfried Kircheis where he wants the Free Planets Alliance to exchange war prisoners.

While his request is simple, I can feel that High Admiral Kircheis has a secret agenda. 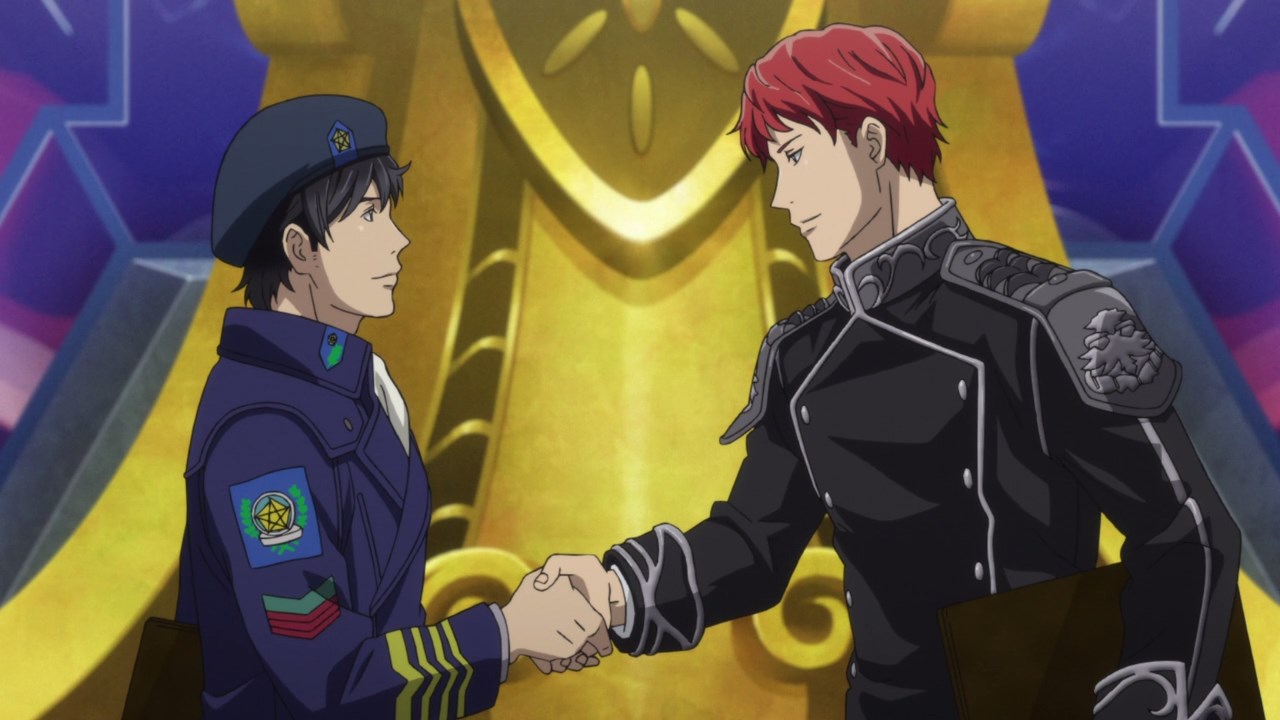 Regardless, the prisoner exchange went on without a hitch as Yang Wen-li and Siegfried Kircheis shake hands.

Looks like both officers have some respect for each other after meeting in person. Of course, both Yang and Kircheis are still keeping their guard up. 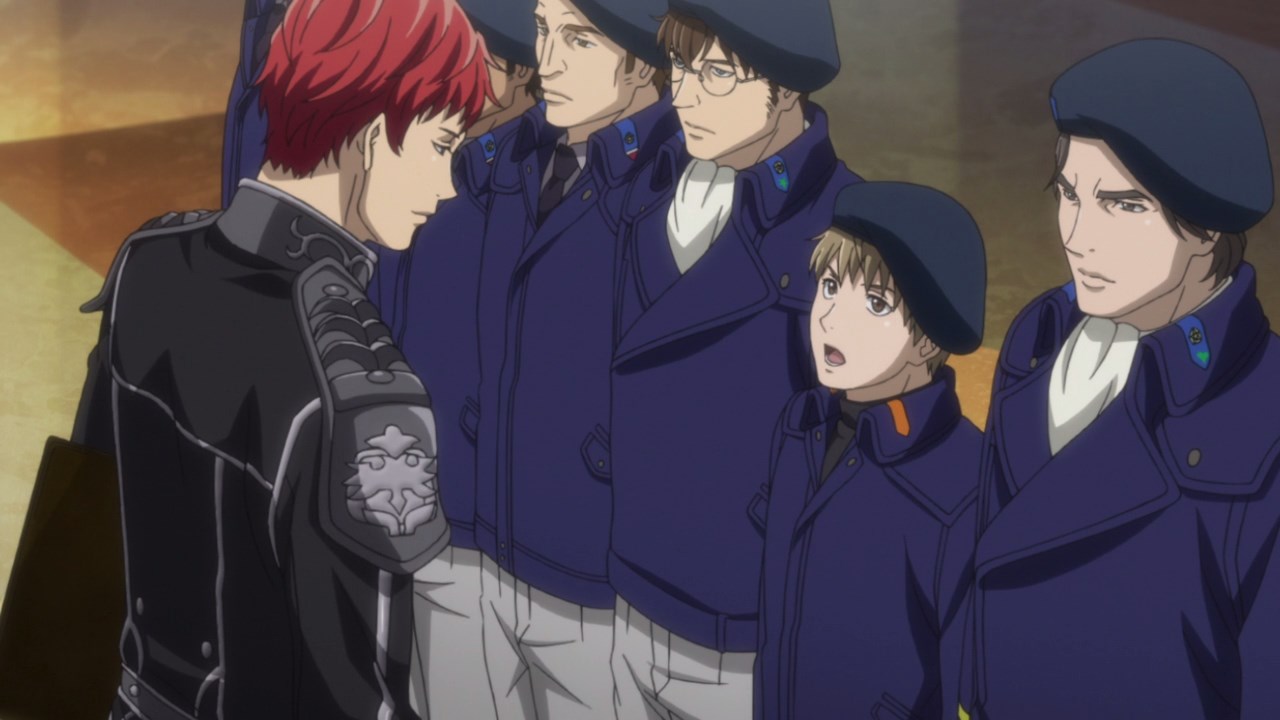 On the other hand, looks like High Admiral Siegfried Kircheis is surprised, yet fascinated that Julian Mintz is enlisted in the military despite being a teenager.

Well, it’s relatable given that Siegfried Kircheis and Reinhard von Lohengramm were enlisted at a young age after graduating at a military school. 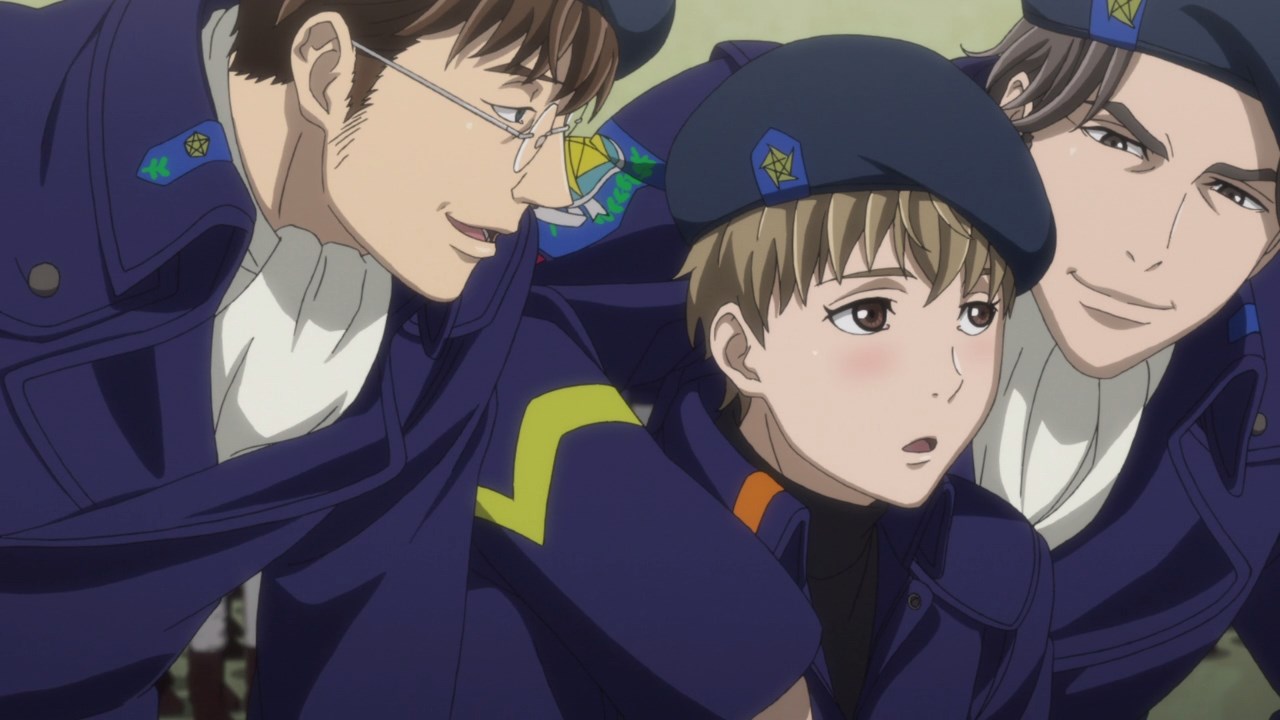 However, both Alexander Cazelnes and Walter von Schönkopf warned Julian Mintz not to be swayed by the high admiral. Still, it’s a great experience for Julian to meet an Imperial commanding officer up-close. 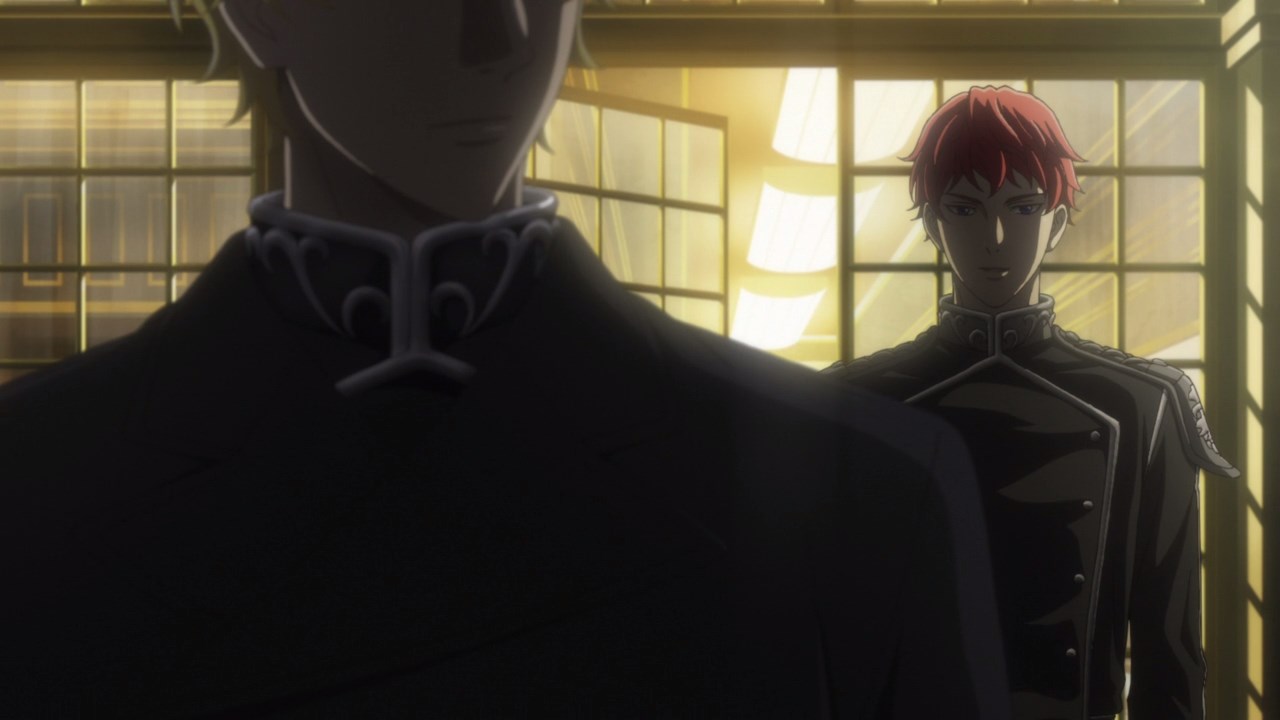 Now then, High Admiral Kircheis reported to Commander-in-Chief Lohengramm that the war prisoners from the Galactic Empire have safely returned.

Oh yeah, he told the commander that meeting Yang Wen-li was a different experience as he’s laid-back, yet has some foresight in regards to his enemy’s plan. Hmm, I feel that Yang might have figure out Lohengramm’s plan. 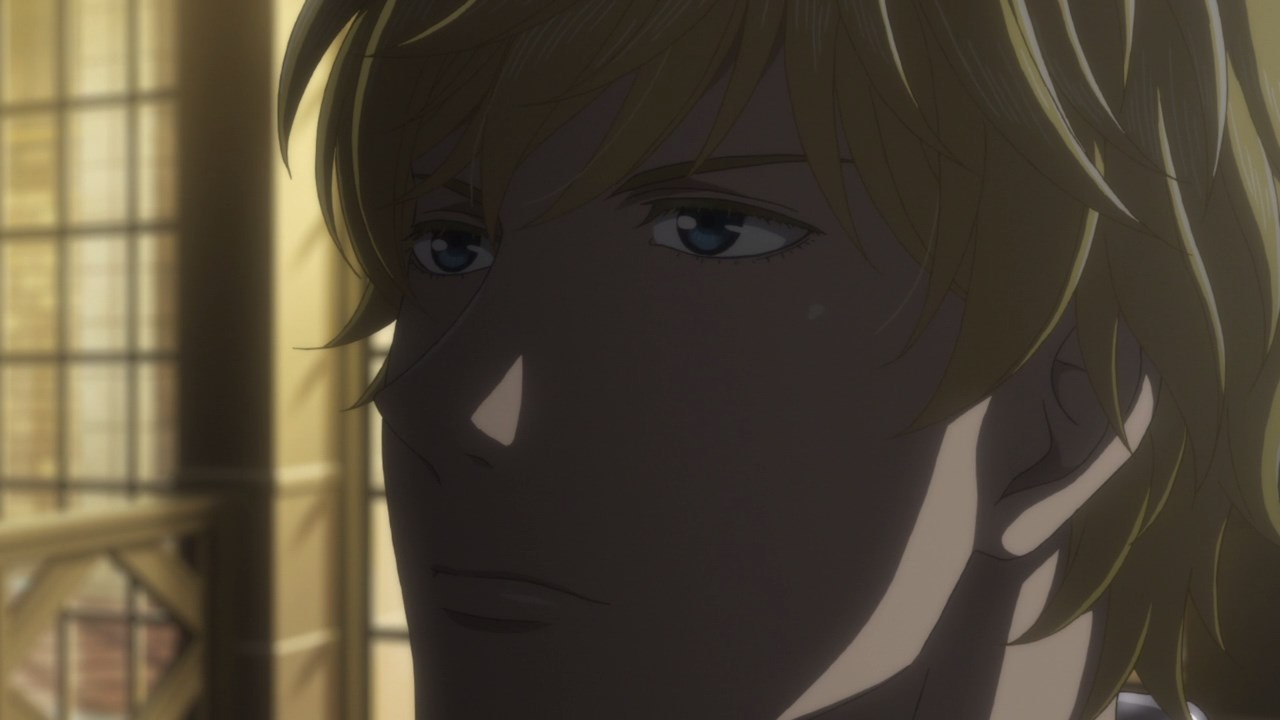 With that said, looks like the commander-in-chief wants to meet Yang Wen-li personally. For now, Reinhard von Lohengramm will need to carry out his plan once the civil war has begun within the Empire. 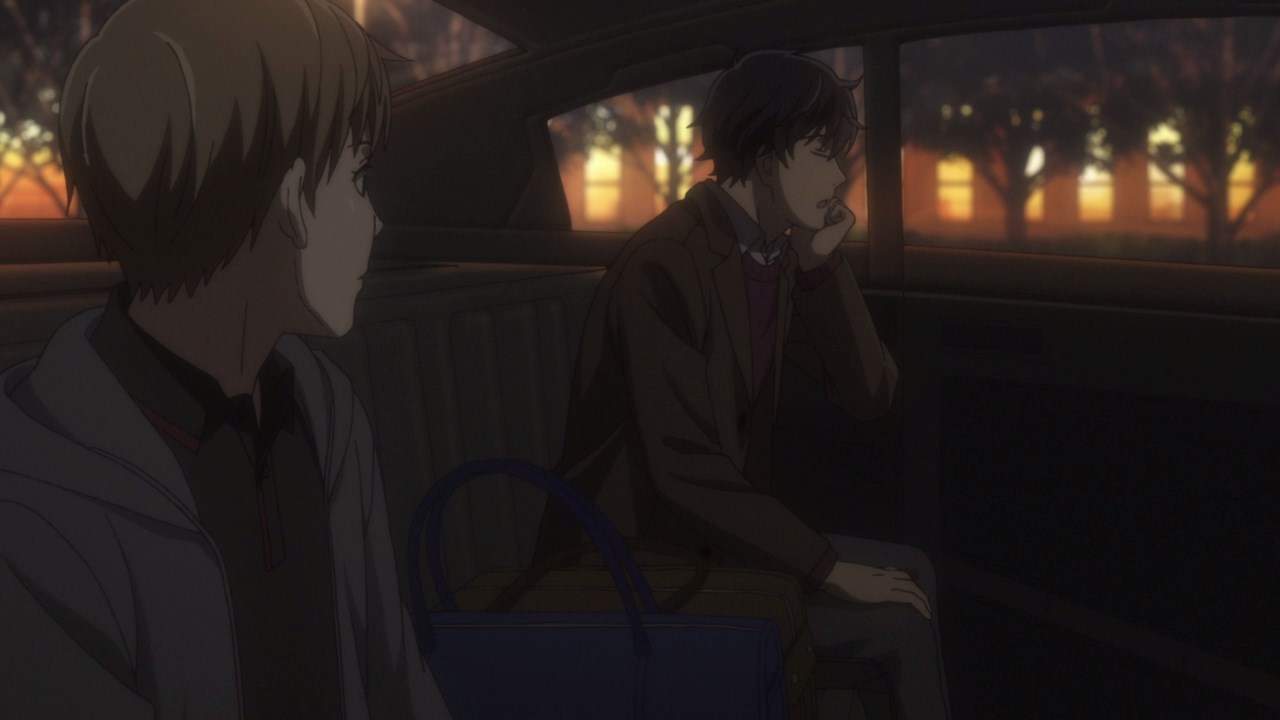 Now let’s go back to Heinessen as Yang Wen-li is feeling a bit worn-out after dealing with prisoner exchanges in the Iserlohn Corridor, as well as hearing Chairman Job Trunicht’s speeches that he can’t it anymore.

Well, at least Yang Wen-li can have a nice day-off together with Julian Mintz since staying in Iserlohn is a bit tiring. 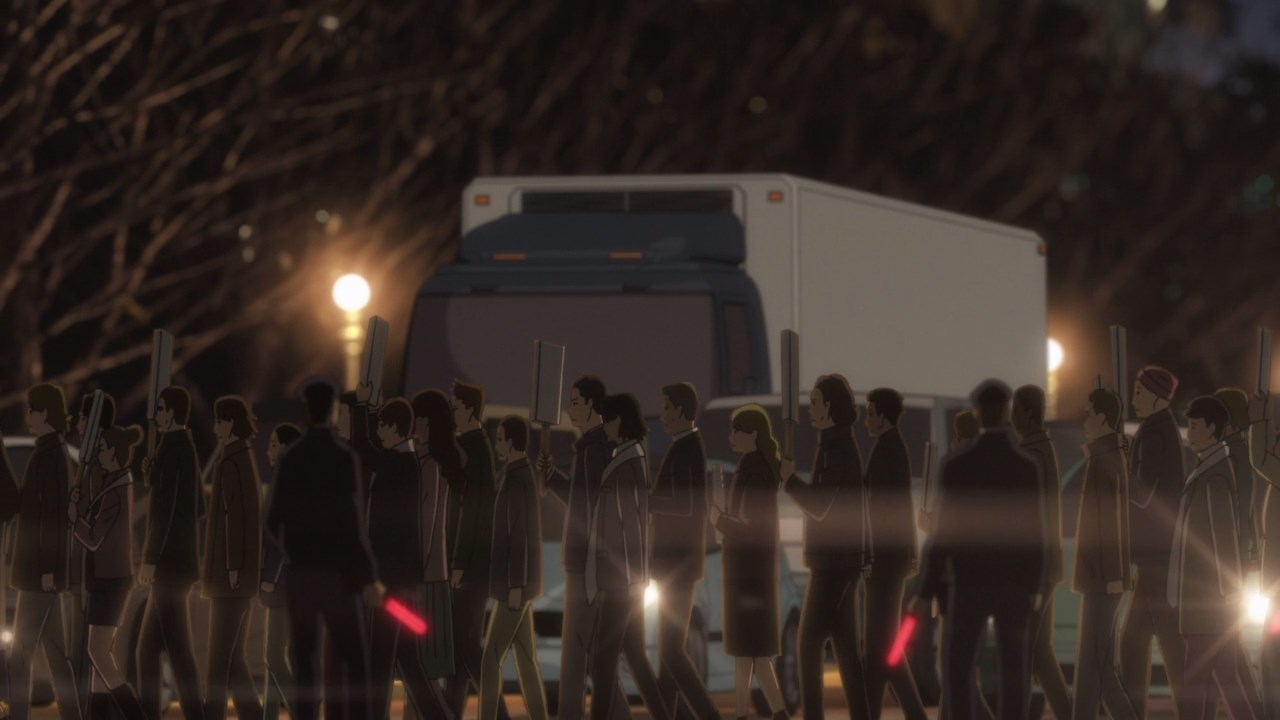 On the other hand, a group of protesters called the Earth Cult are gathered outside the ceremonial hall to denounce both the Empire and the Alliance as they want humanity to return to Earth. 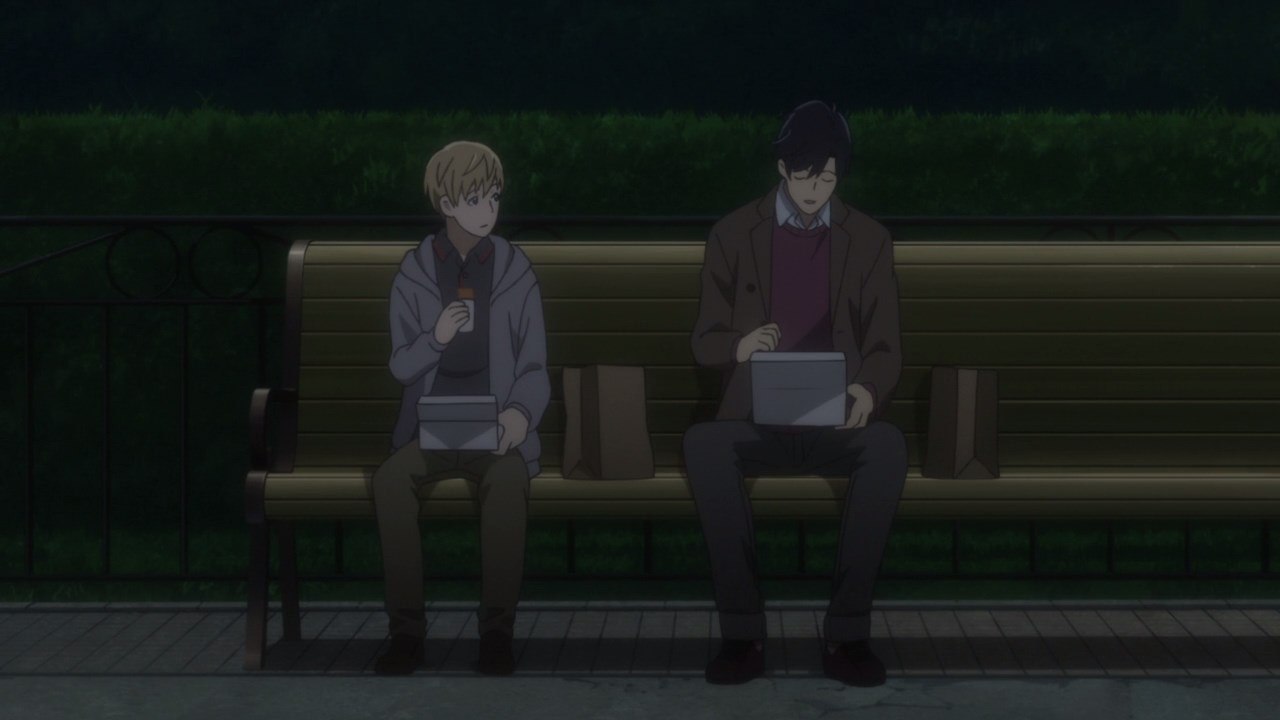 For now, it’s time enjoy eating some fish and chips at the park. For an admiral like Yang, I’m surprised that he prefer to eat street food instead of going to a restaurant. 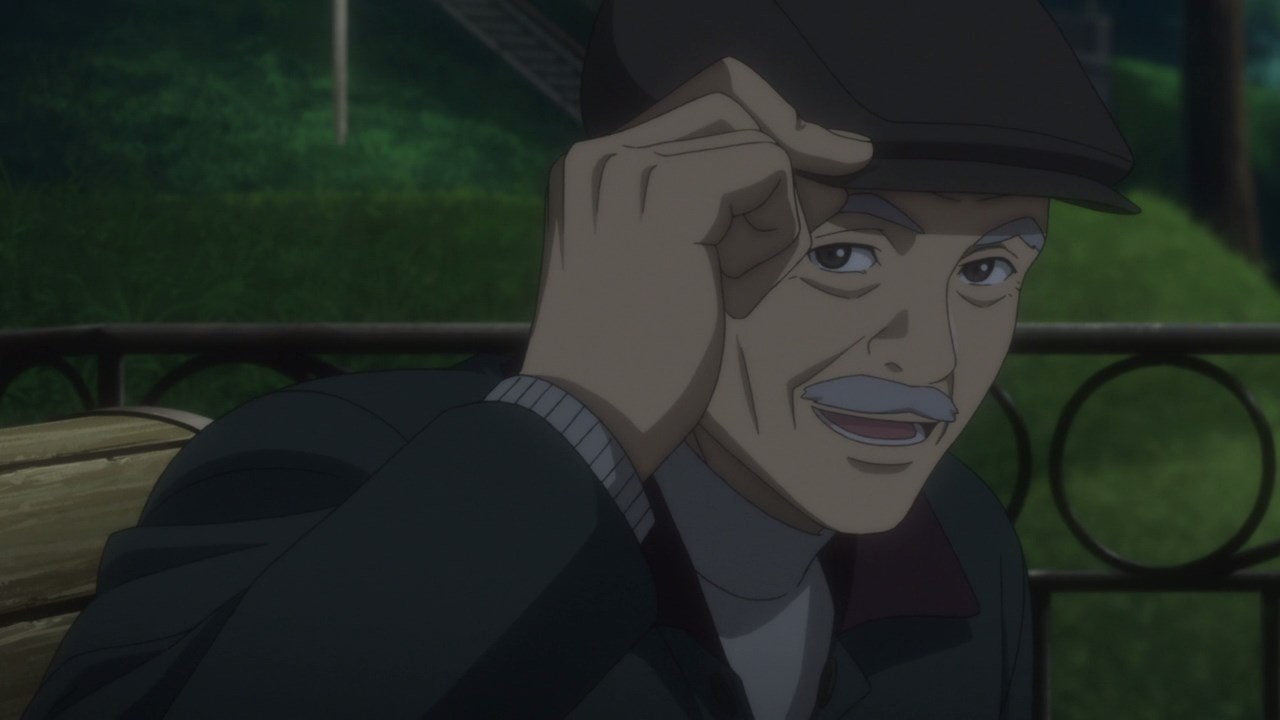 Oh yeah, here’s Alexandre Bewcock where he’s just taking a day-off. But more importantly, it seems that the admiral has something to discuss with Yang Wen-li. 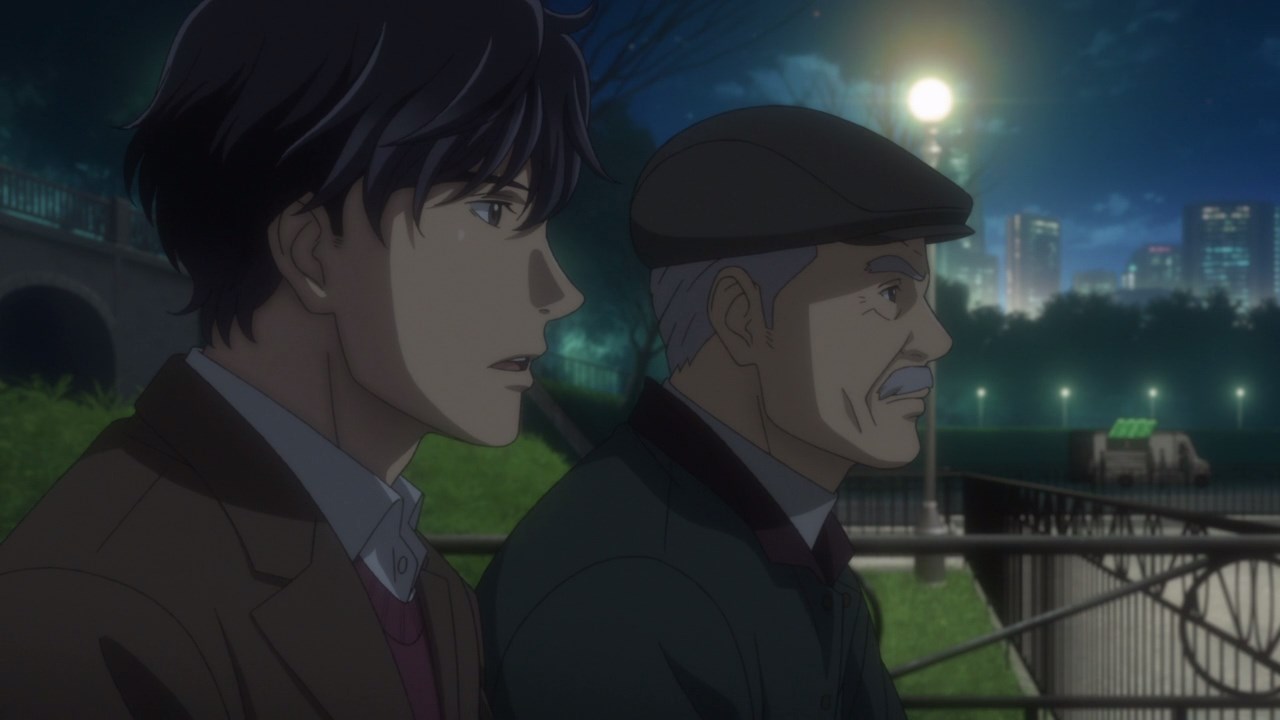 In any case, Yang Wen-li told Alexandre Bewcock that Reinhard von Lohengramm plans to disrupt the Free Planets Alliance by having those freed prisoners stage a coup d’etat against Job Trunicht’s government, all while Lohengramm and his supporters will try to overthrow the Goldenbaum Dynasty during the civil war.

So, Yang Wen-li ask Alexandre Bewcock for help as he doesn’t want a coup d’etat to happen within Heinessen. Of course, that would be a big responsibility for the old admiral to stop some people who hated the current government. 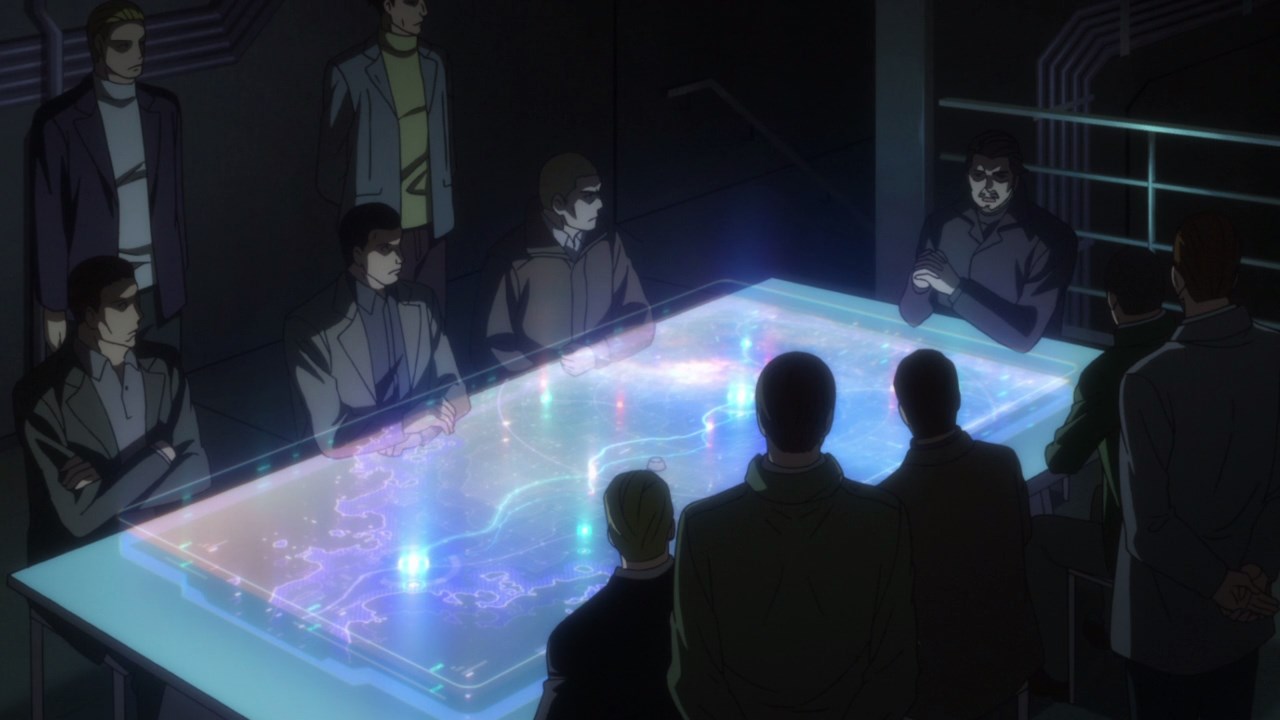 For you see, this group of people who plan to overthrow the government are comprised of disgruntled military personnel. Oh, and let’s not forget those war prisoners who had a rough time in the Empire. 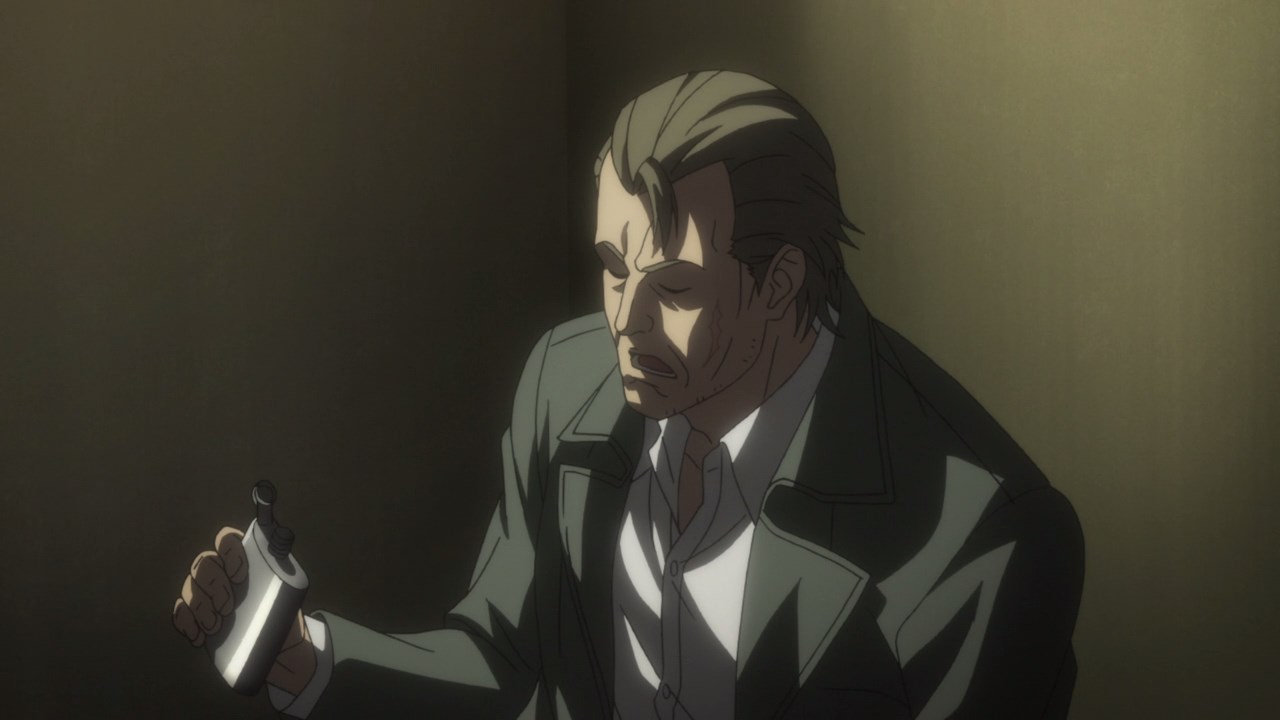 This includes Arthur Lynch who famously fled El Facil and was captured by the Galactic Empire. Of course, Reinhard von Lohengramm set him free as he wants the former rear admiral to help those people on overthrowing the Alliance.

Then again, Arthur Lynch doesn’t care about some revolution as he’ll just sit there and drink cheap booze, all while watching his fellow conspirators fail to overthrow Job Trunicht’s government. I guess that there are spies like him who are so inept on their job.

Well then, let’s see how it plays out next episode as both superpowers will have to deal with their own internal conflicts.