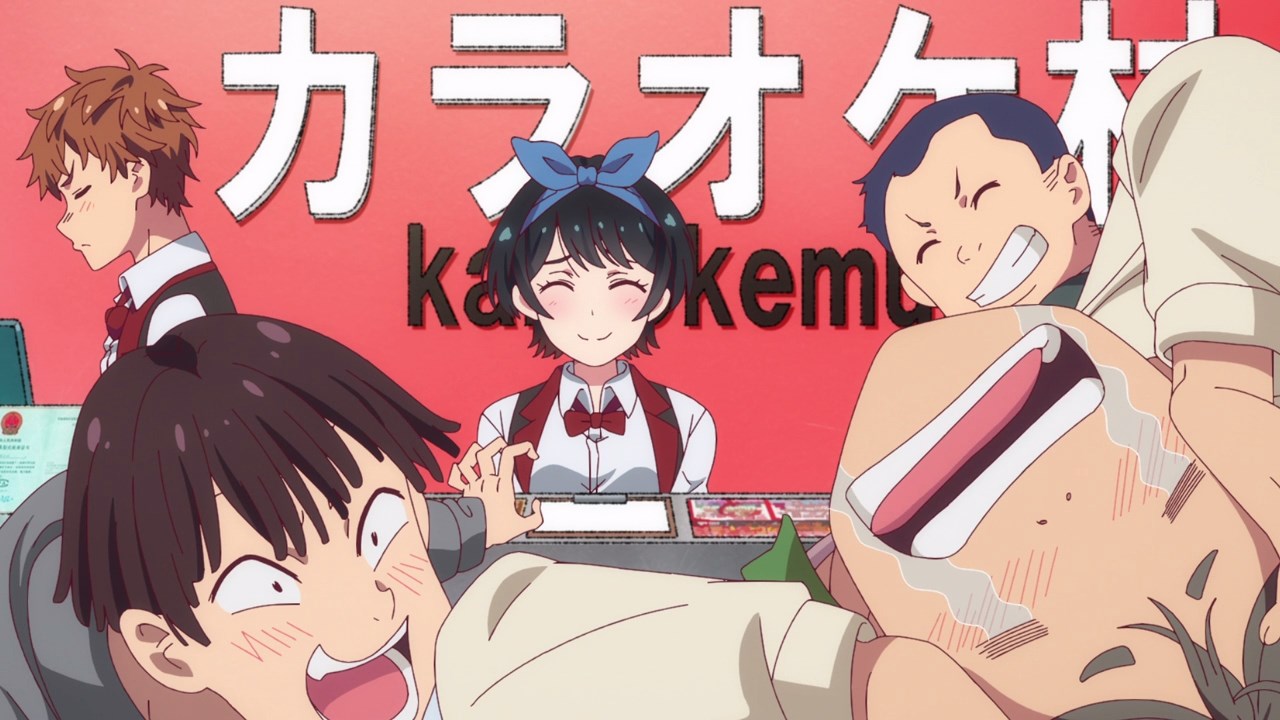 Well everyone, this is the final episode of Kanojo, Okarishimasu where Kazuya Kinoshita is still working part-time at a karaoke bar.

And while I want him to just spends his time working throughout this episode, little does he know is that Chizuru Mizuhara is in a crisis right now. 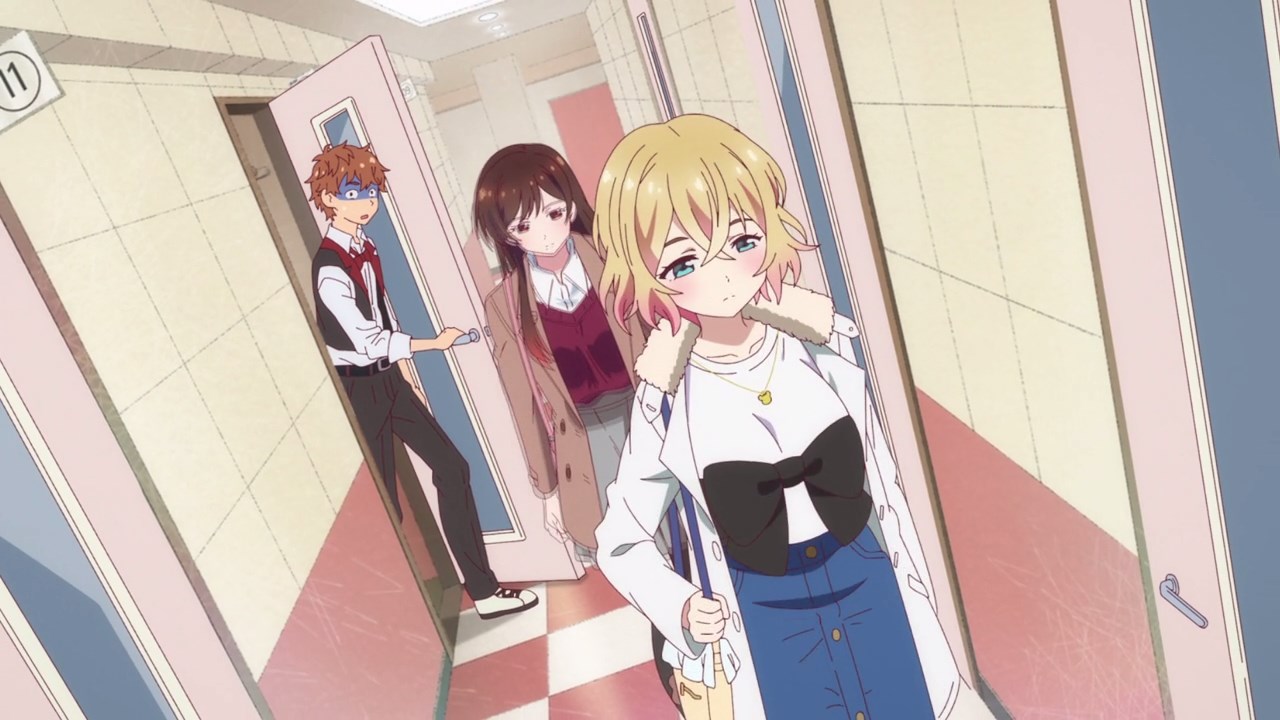 Actually, he found out that Chizuru Mizuhara is with Mami Nanami and I have a feeling that blood will be spilled between these two girls. Well not really, but Kazuya is in deep trouble! 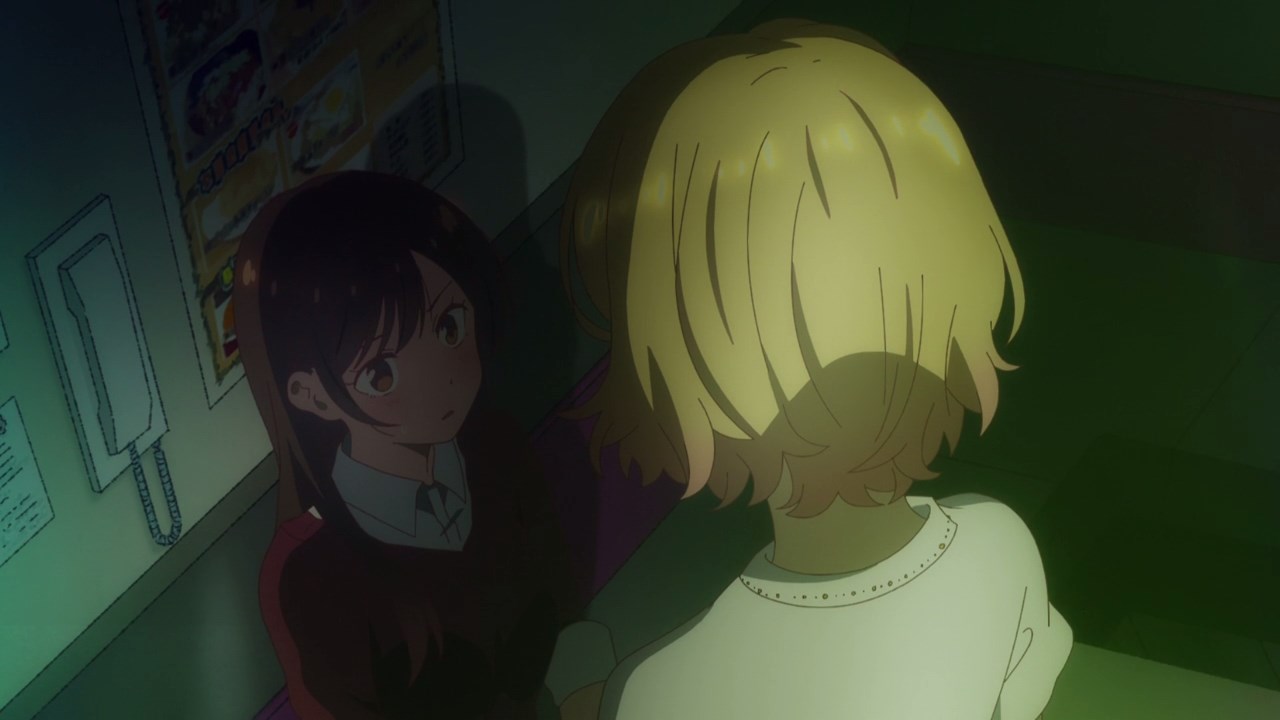 Anyways, looks like Mami paid Chizuru as a rental girlfriend out of spite. Not just because she’s annoyed about Mizuhara’s secret job, but Nanami felt sorry towards Kinoshita. 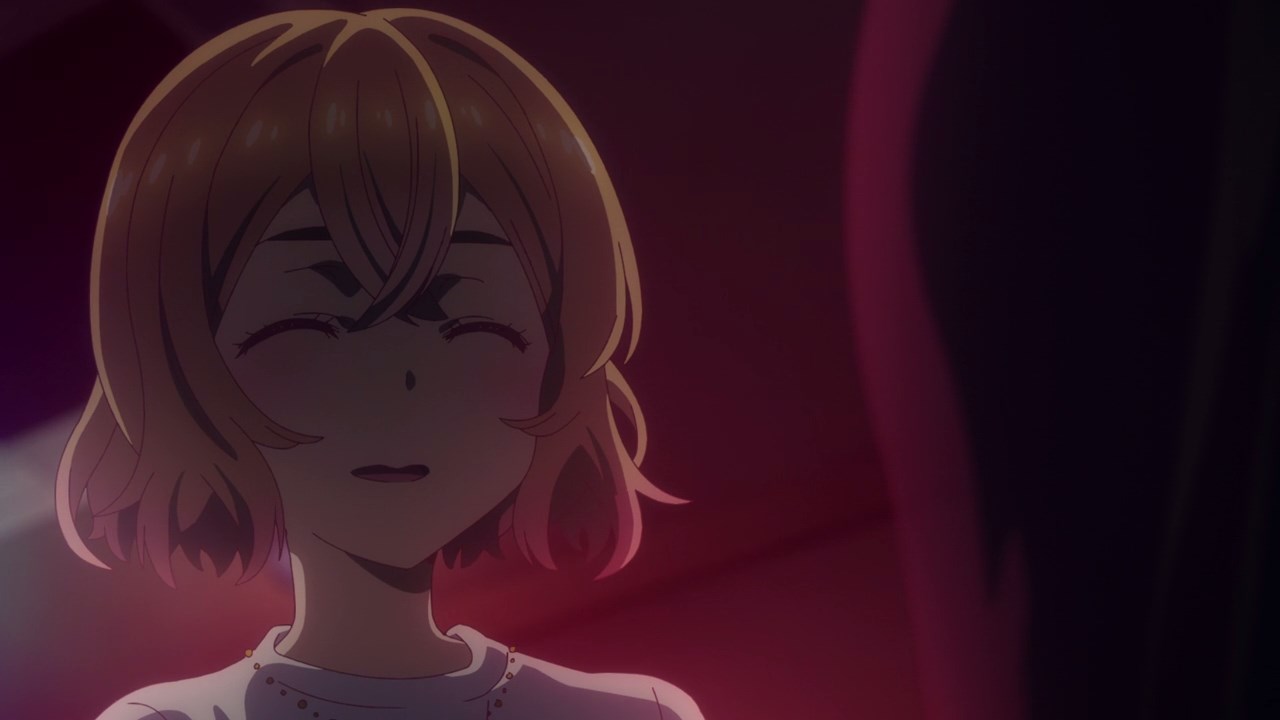 But seriously though, it’s her fault that Kazuya got so desperate and rented Chizuru in the first place. Cut that bullshit Mami, don’t you dare ruin Chizuru’s life! 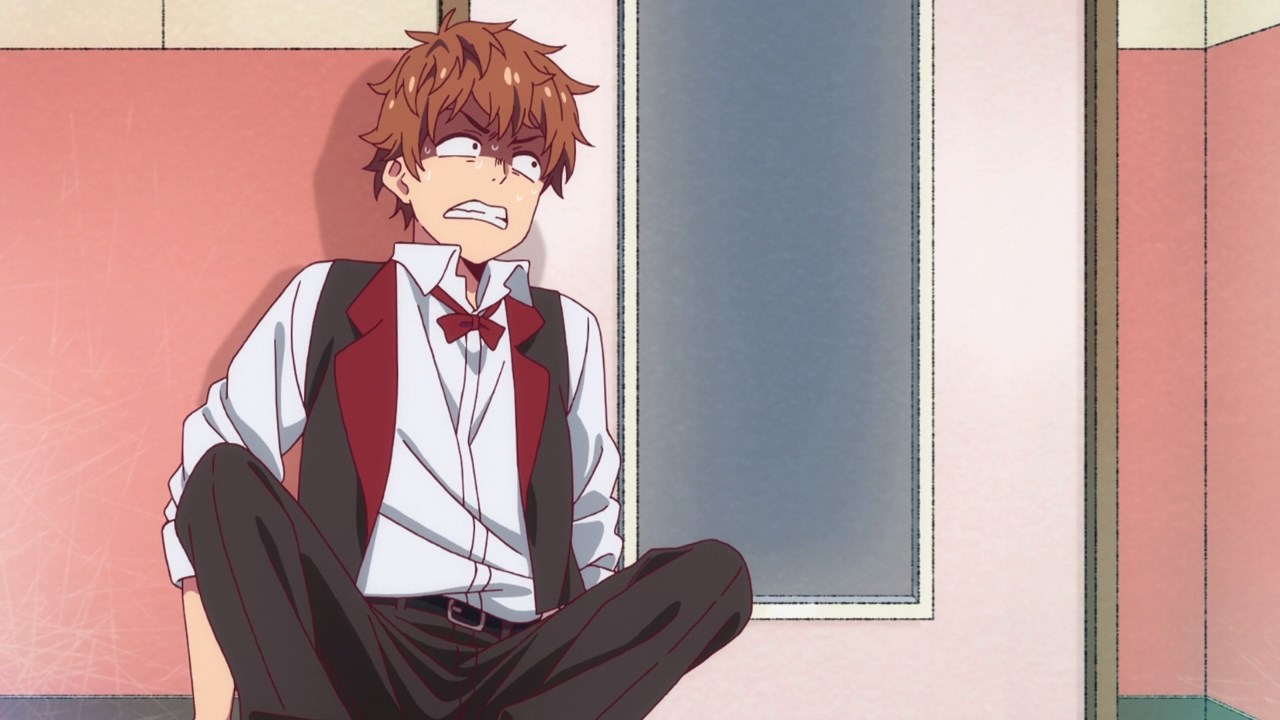 Meanwhile, it appears that Kazuya Kinoshita listened to their conversation until they leave the karaoke bar. At least it didn’t escalate into a cat fight but man, Mizuhara is emotionally hurt. 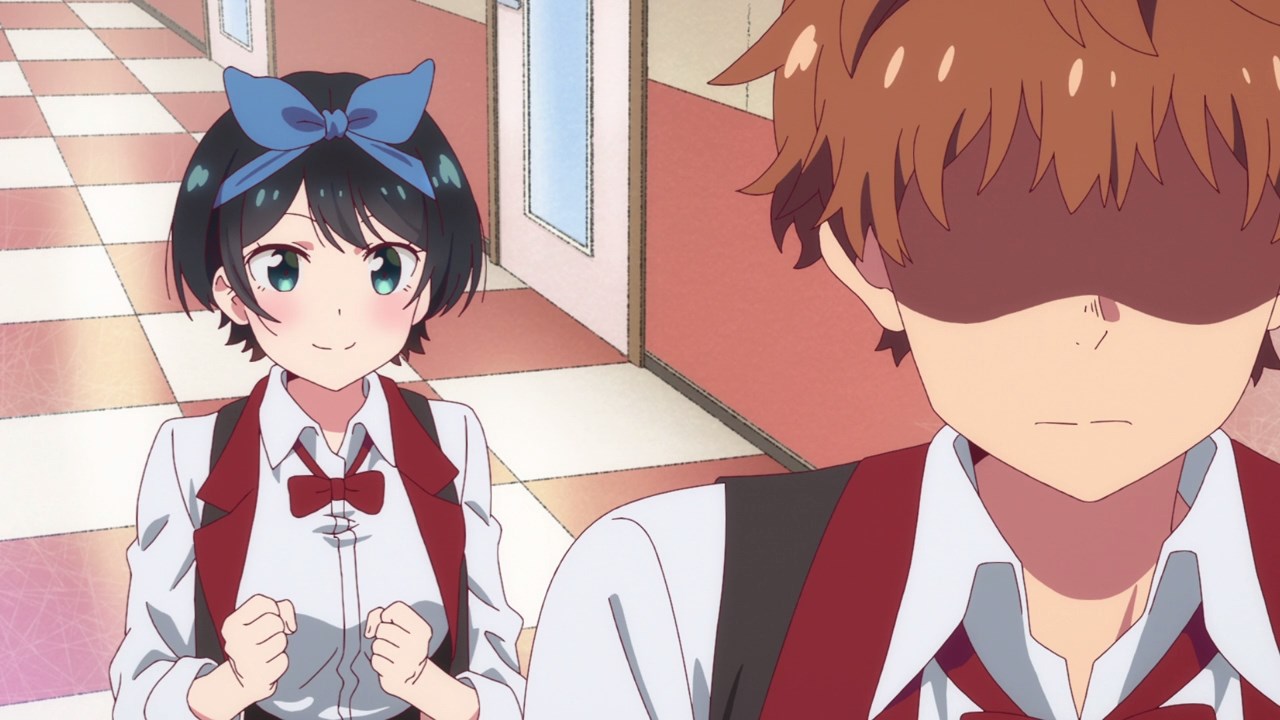 Then again, the only person who got hurt the most is Kinoshita where he’s a spineless fool who can’t defend his rental girlfriend.

You know what, I think he should date Ruka Sarashina instead of pouring much money on Chizuru Mizuhara, but it’s too complicated for Kazuya. 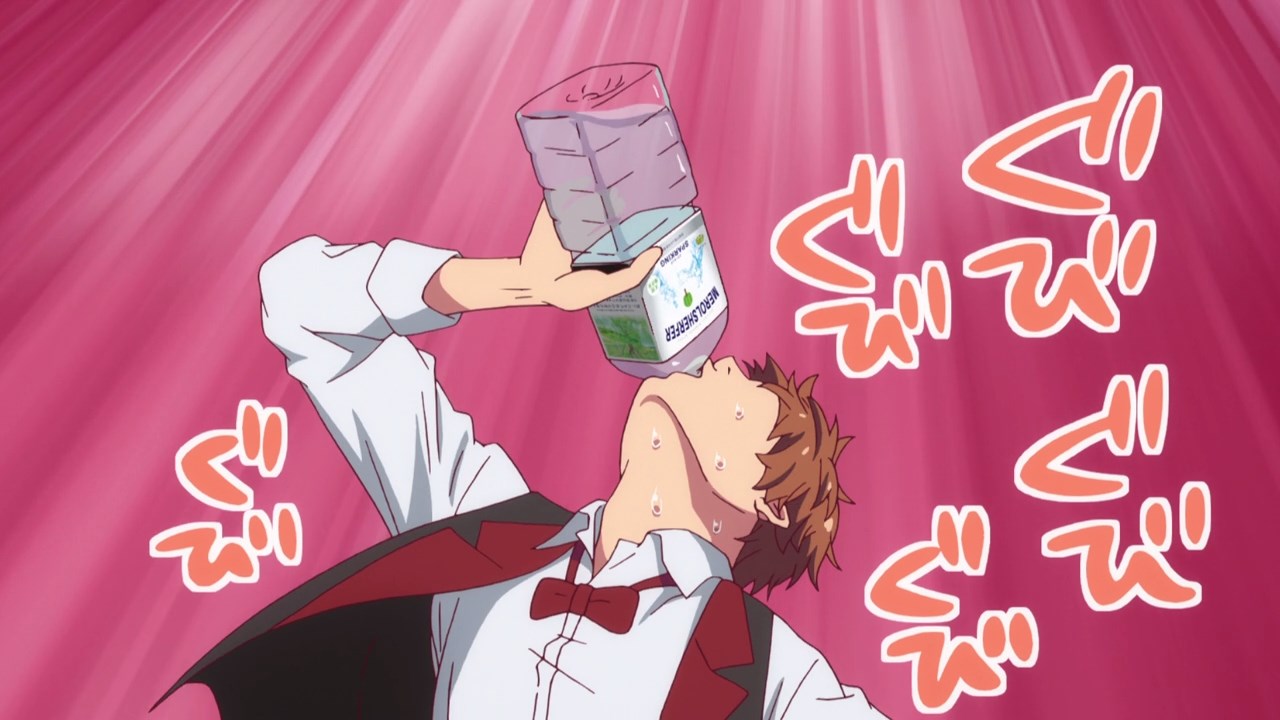 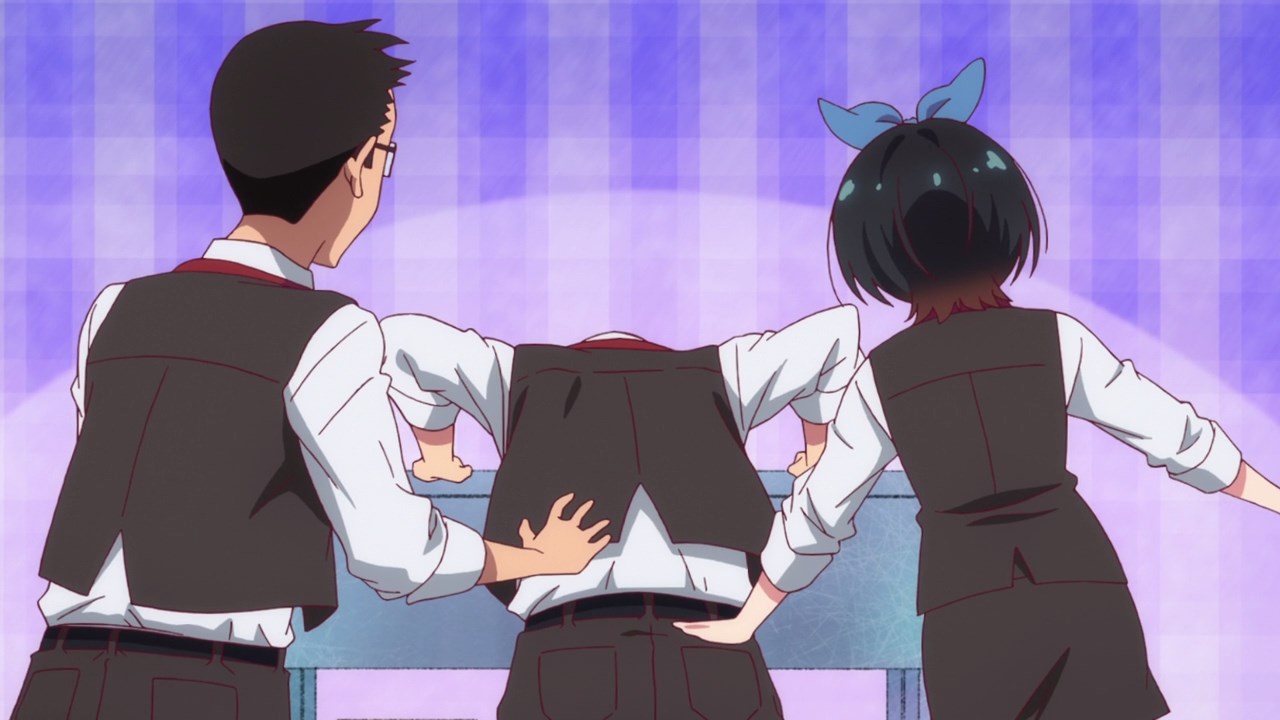 Well then, there’s only one way to save her pride is for Kazuya to feign sickness in order to take his early leave and chase Chizuru. I hope he still have his part-time job after pulling that stunt. 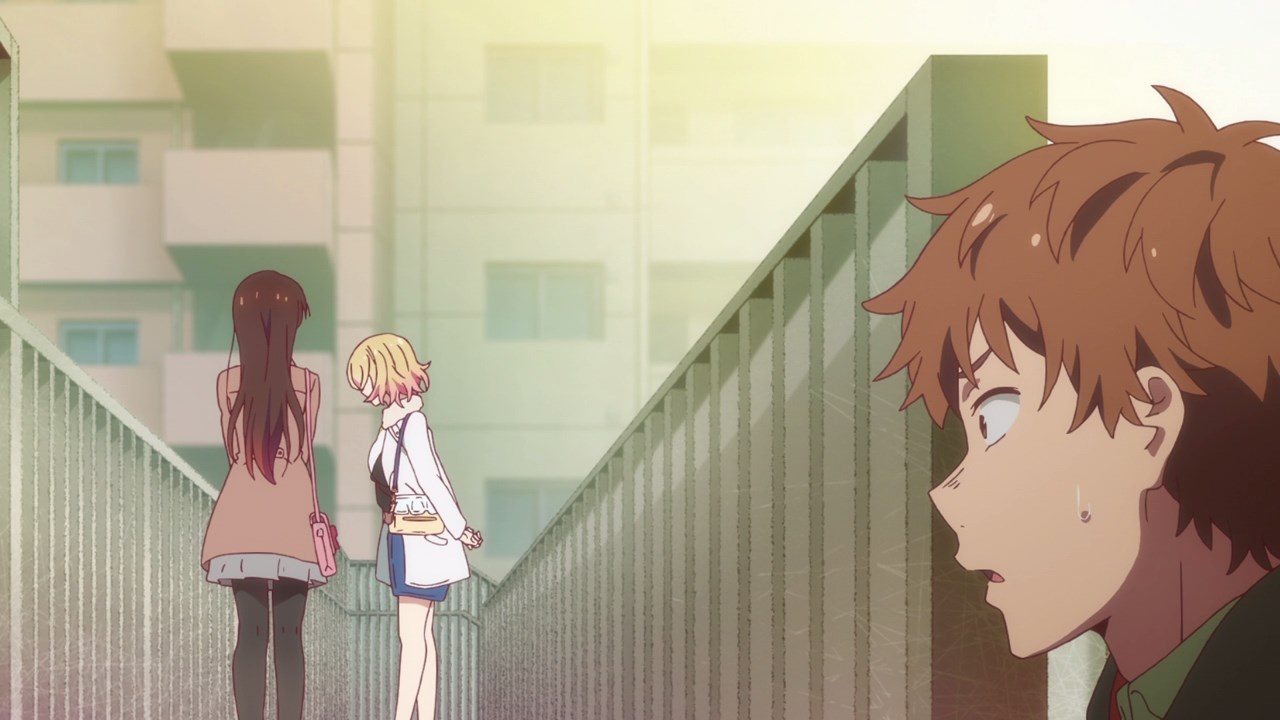 Anyways, he finally caught up with Chizuru Mizuhara as she’s not done yet towards Mami Nanami. I hope Kazuya Kinoshita won’t blow his cover. 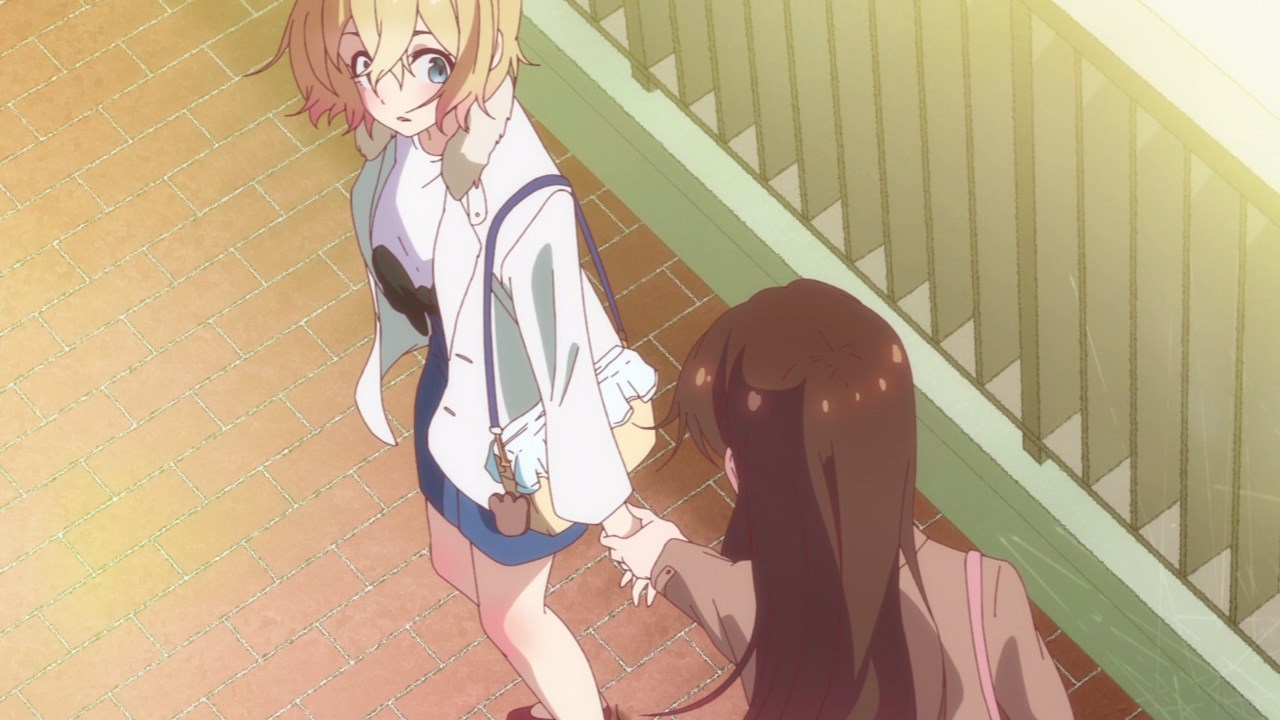 But moving onto Mizuhara where she told Nanami to give another chance on dating Kinoshita. 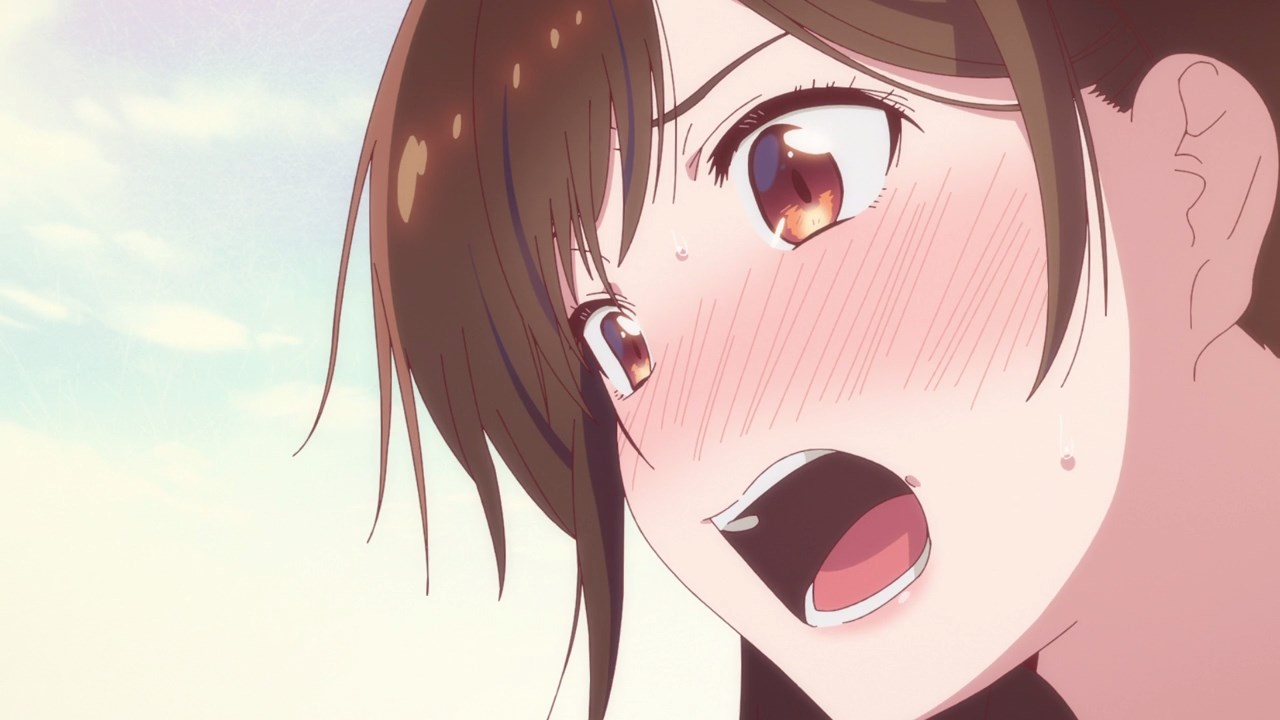 But if Mami refused to return to Kazuya, she’ll get some serious questions from Chizuru Mizuhara where she ask Nanami if she’s really serious on having a long-term relationship with Kinoshita. 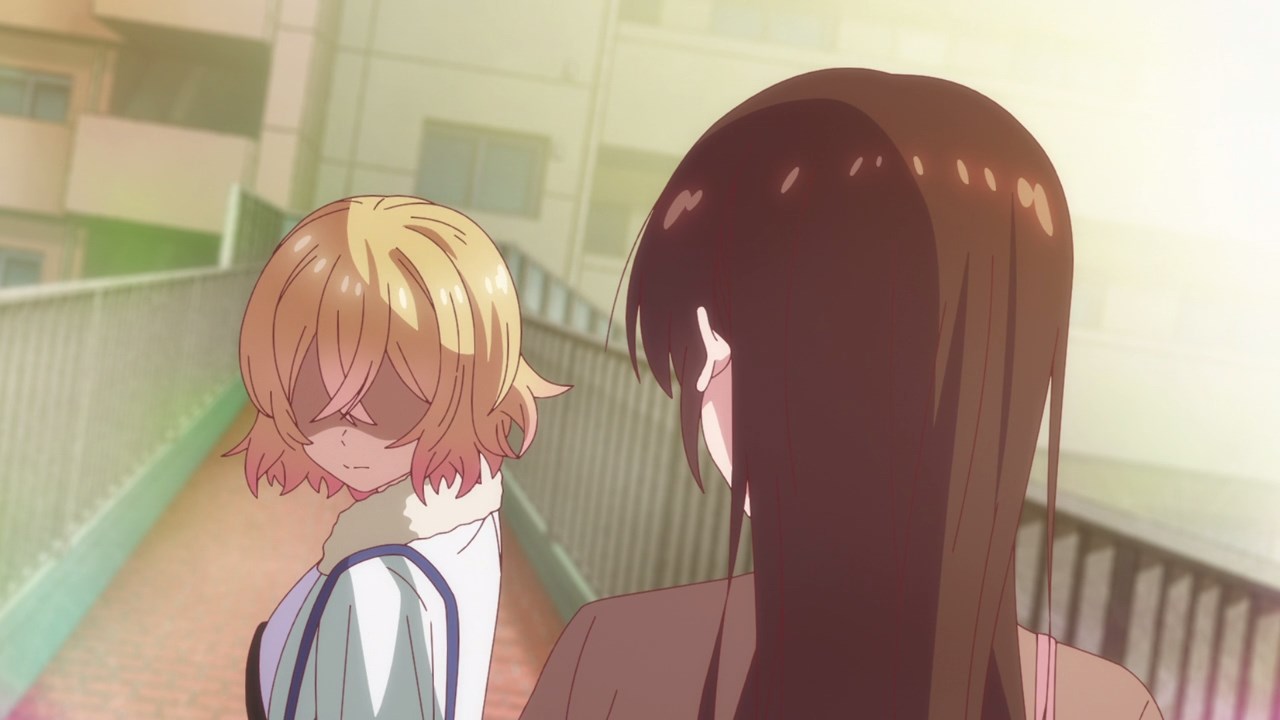 Unfortunately for Mami Nanami, she just dodging her difficult questions.

Really Nanami, if you’re not serious on dating Kazuya or any other guy, then you’re treating love as some sort of child’s play! 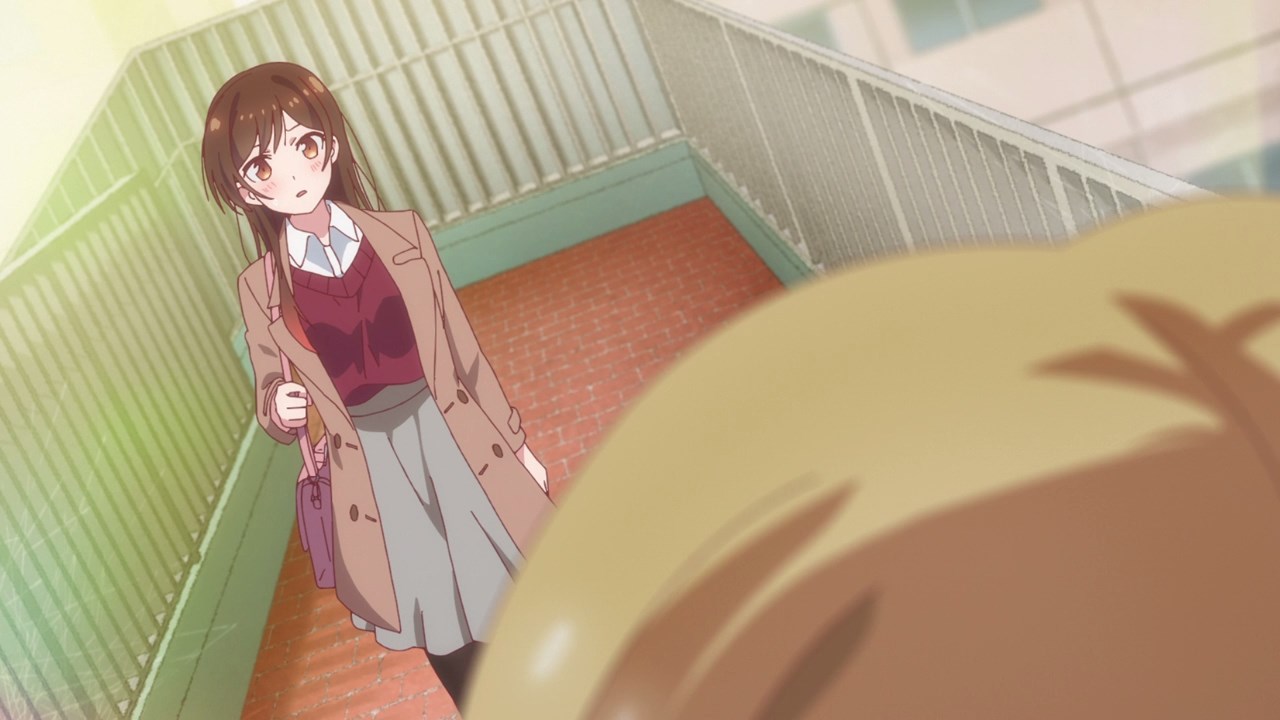 And so, Mami Nanami left in disgust. God, I really hate that bitch for ruining Kazuya Kinoshita’s love life! 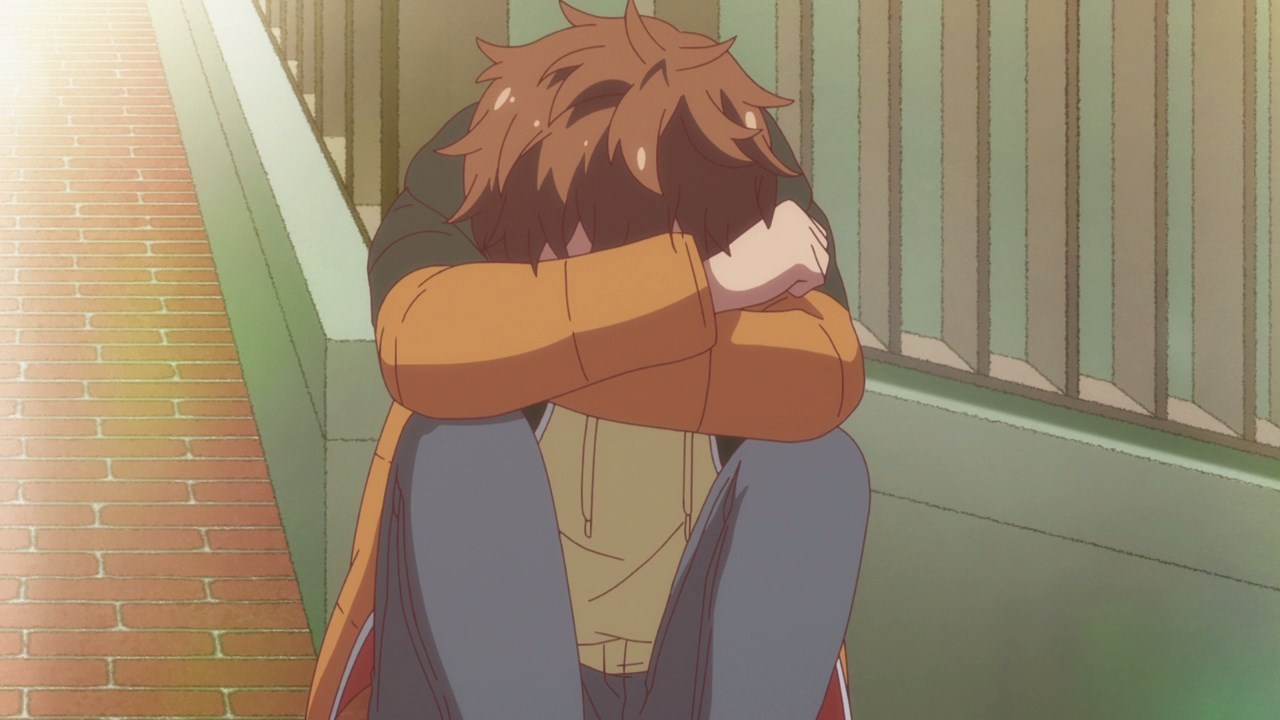 Speaking of Kinoshita, it appears that he doesn’t need to save her pride as Mizuhara is one tough girl who can not only defend her own honor, but also her client’s pride.

Geez Kazuya, you really cried a lot after hearing Chizuru’s words. Then again, you should smarten up a bit if you don’t want your life being ruined. 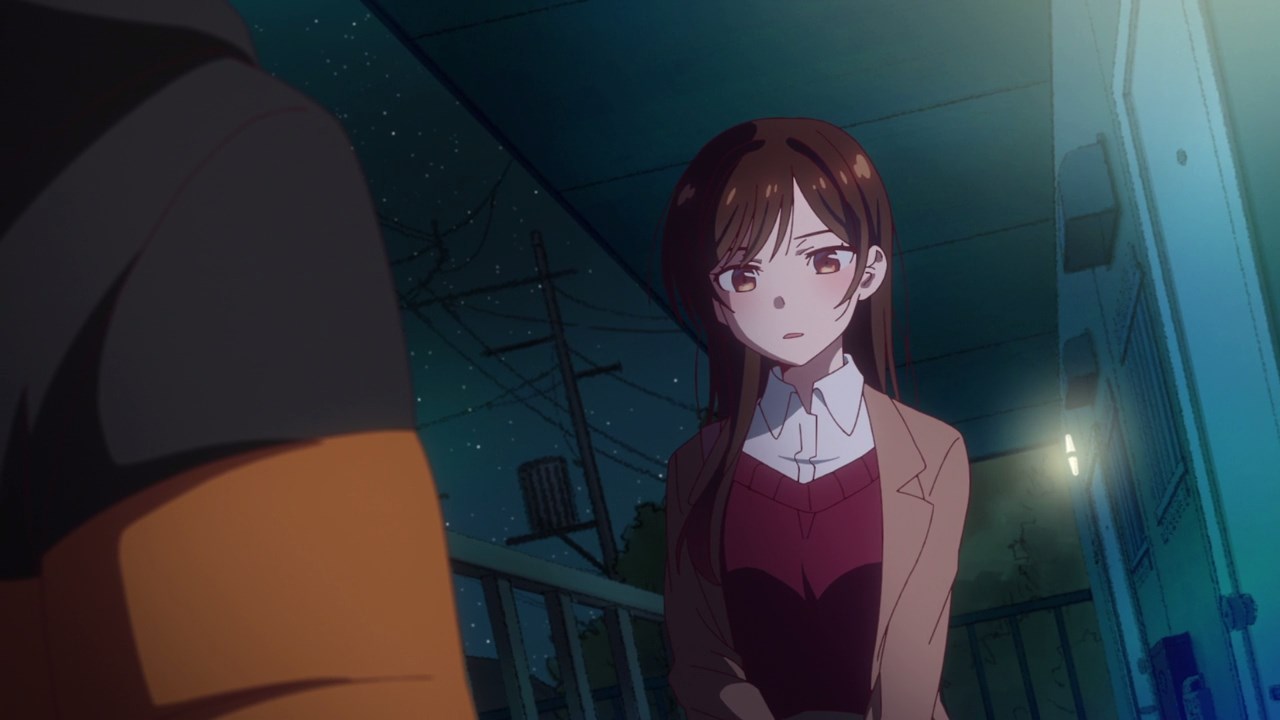 Now then, looks like Chizuru Mizuhara went back to the apartment safely but it appears that Kazuya Kinoshita wants to tell something important. 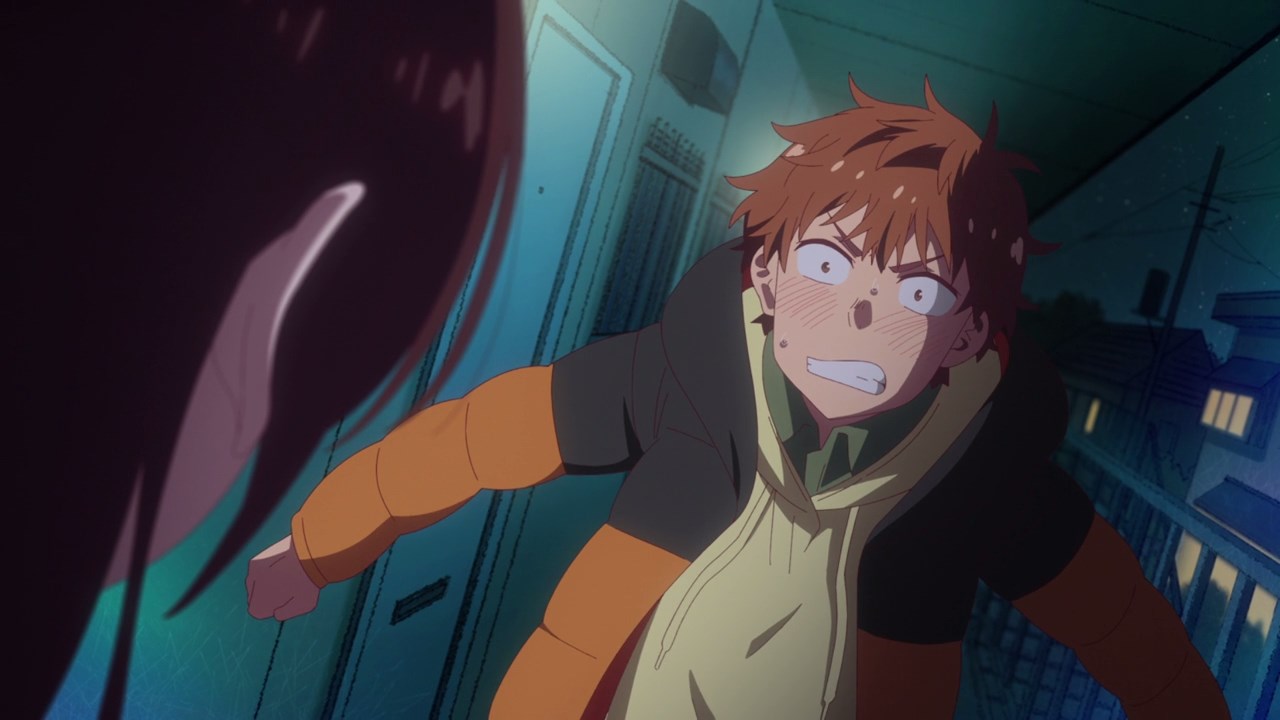 Seriously Kinoshita, you should have a serious relationship with Chizuru because you won’t have any chance to date her if she get serious in her acting career. 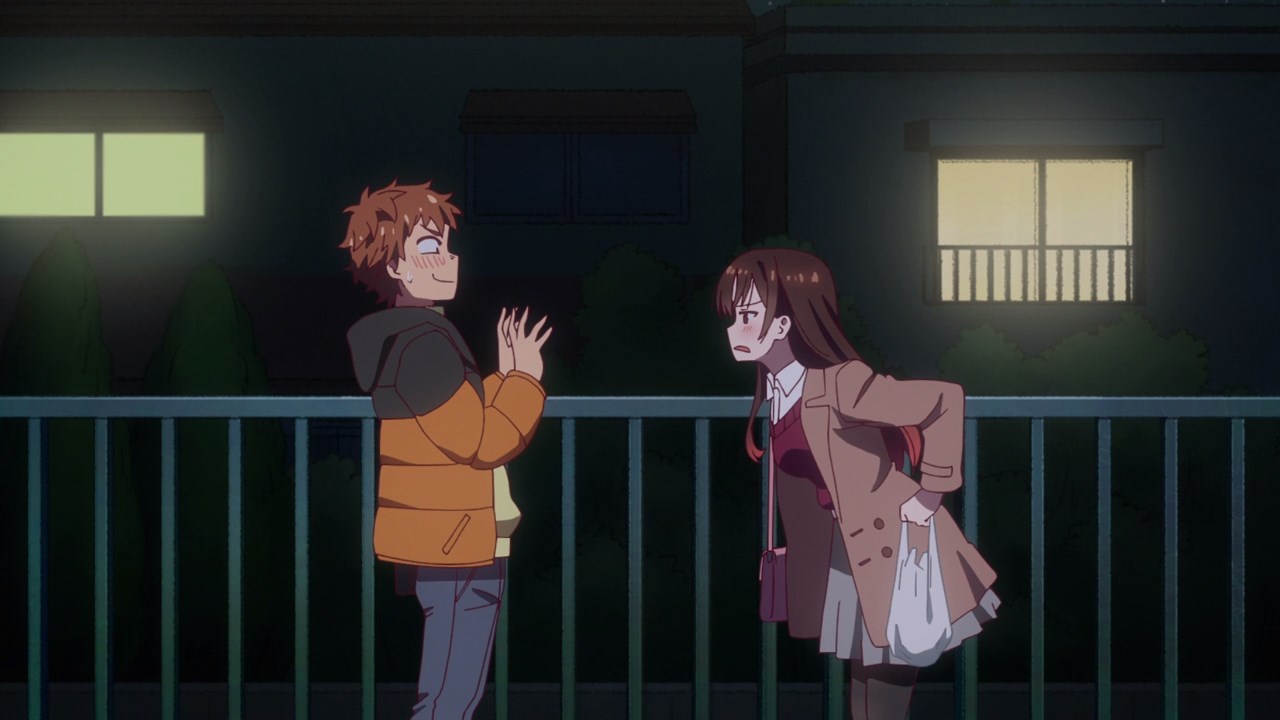 Hell, even Chizuru called him out for making that half-assed declaration. Ugh, I feel that there are no redeeming qualities for Kazuya ’cause he’s not only an idiot, but he really wants to continue this fake relationship. 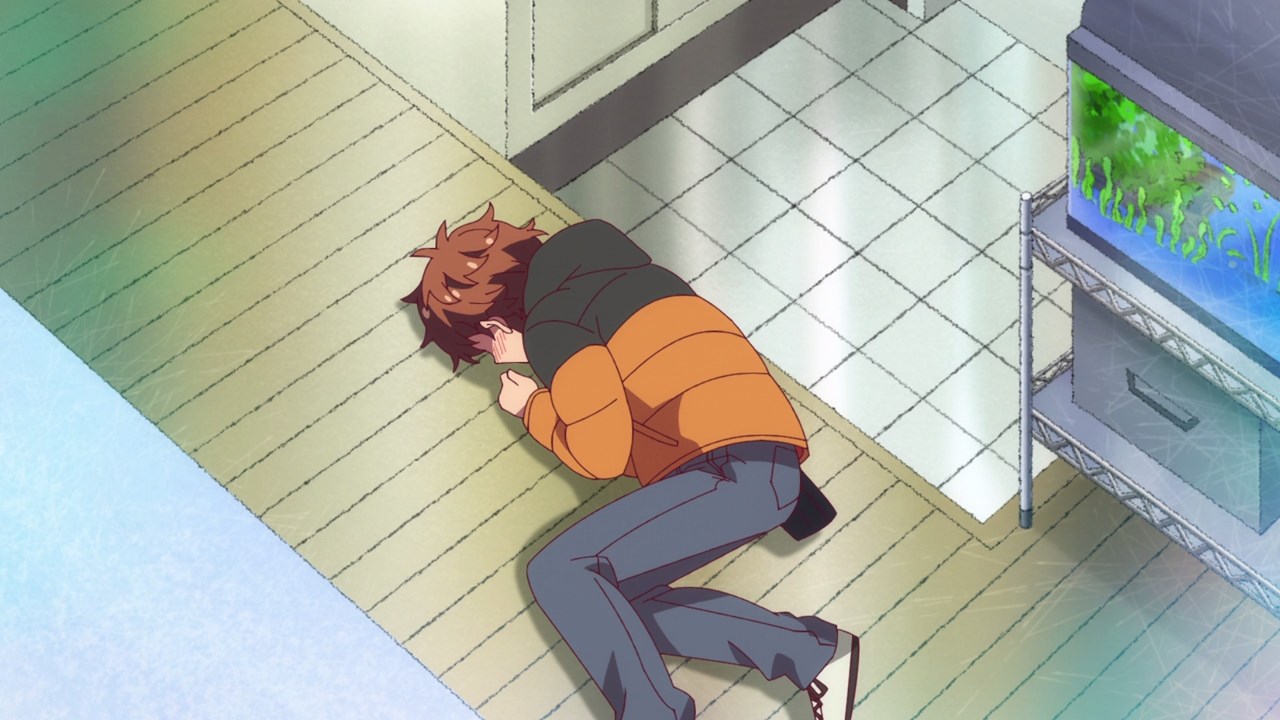 Well, I have nothing to save about this show ’cause even though there’s nothing wrong with the animation, the cast, or even the music, but the plot of Kanojo, Okarishimasu is so messed-up that it would be better if Kazuya Kinoshita didn’t stick with his idiocy throughout this show. God, I want him to learn his mistakes, but Kazuya failed to do so.

You know, it would be nice if Kanokari got stuck with only one season, but Kodansha and TMS Entertainment want to make another one. Ugh, this is not good news for me! 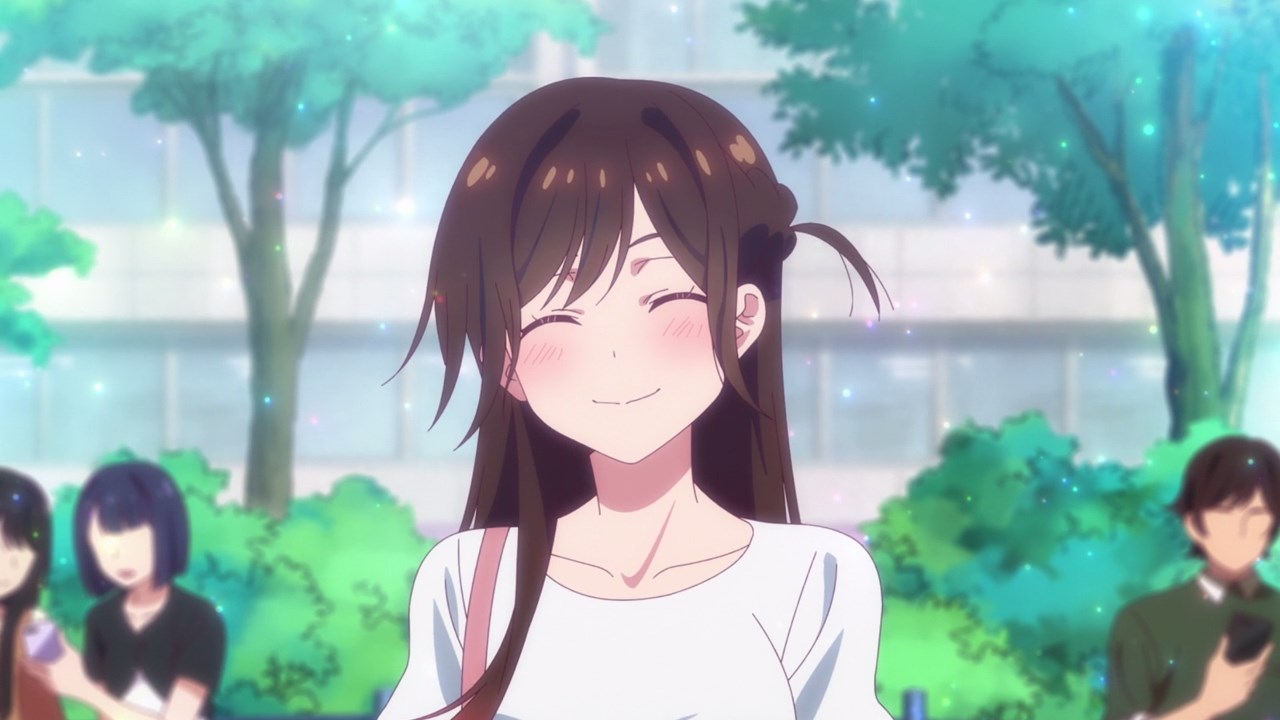