Well, it appears that the Doppelganger is completely destroyed along with the airship. Oh, and about her plan on possessing the entire Academy City? That didn’t happen as Ryouko Kuriba’s cyborg clone doesn’t have a soul to begin with.

In short, the Doppelganger doesn’t plan to hack the city’s infrastructure and destroy it from within, but rather she wanted to die peacefully. 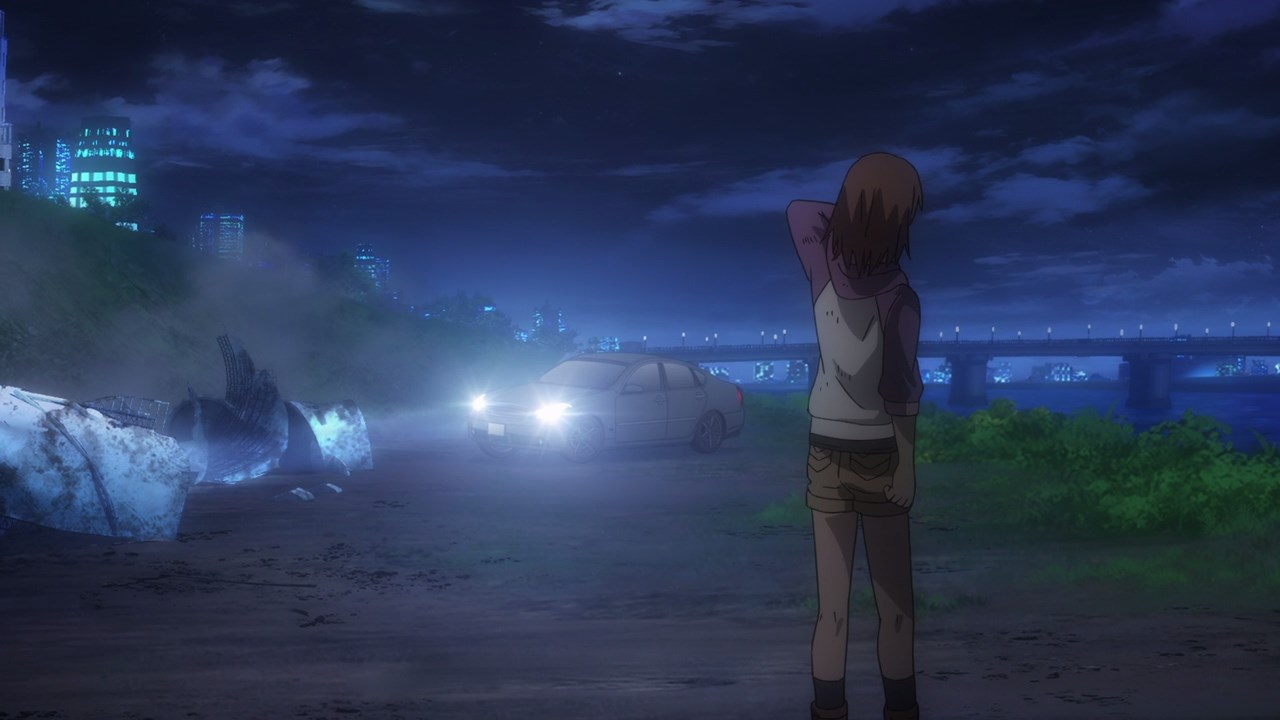 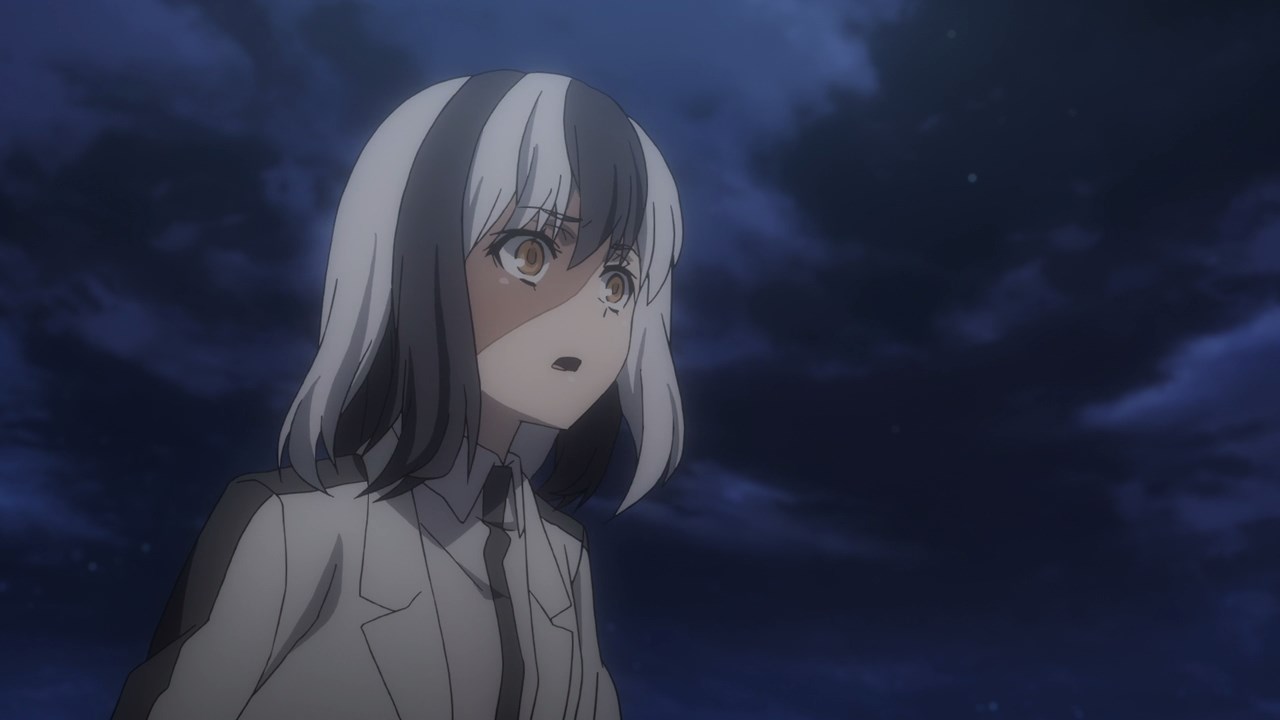 Of course, the only thing that needed to be taken care of is Ryouko Kuriba as she managed to find her own creation and Mikoto Misaka, although she’s shocked to learn that the Doppelganger doesn’t have a soul nor a desire to destroy Academy City.

By the way, Ryouko didn’t come to the crash site all by herself… 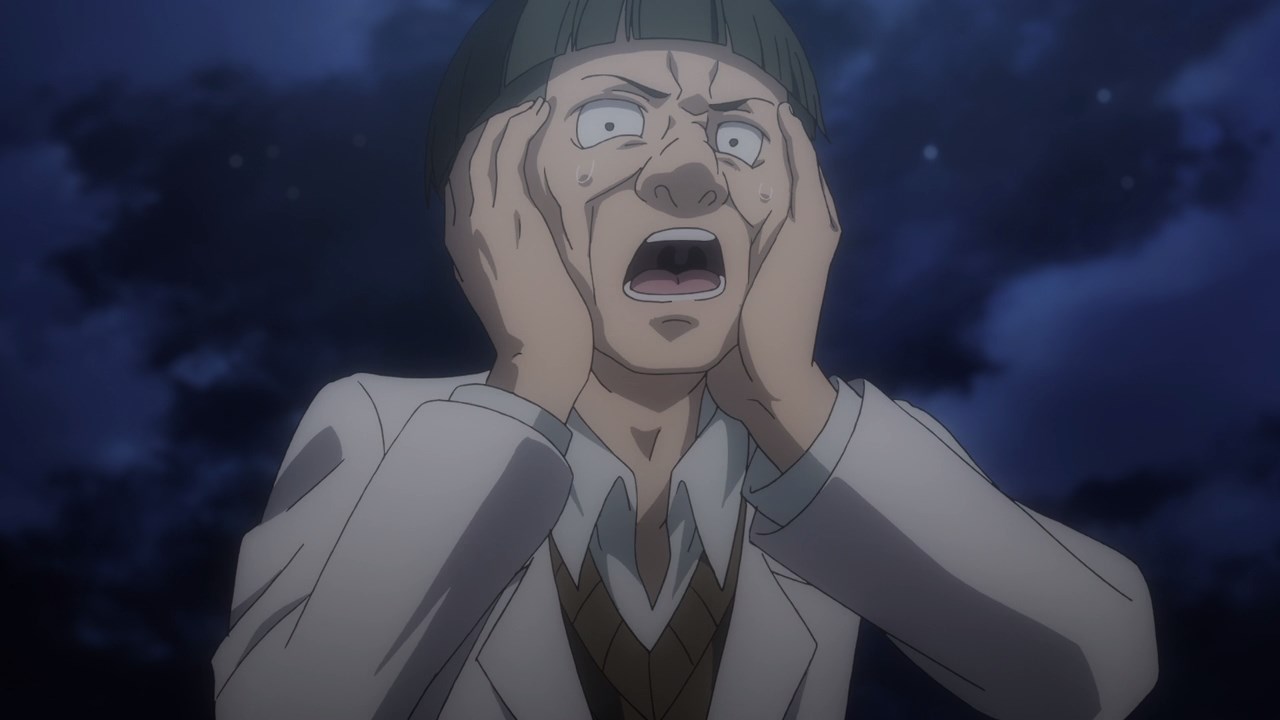 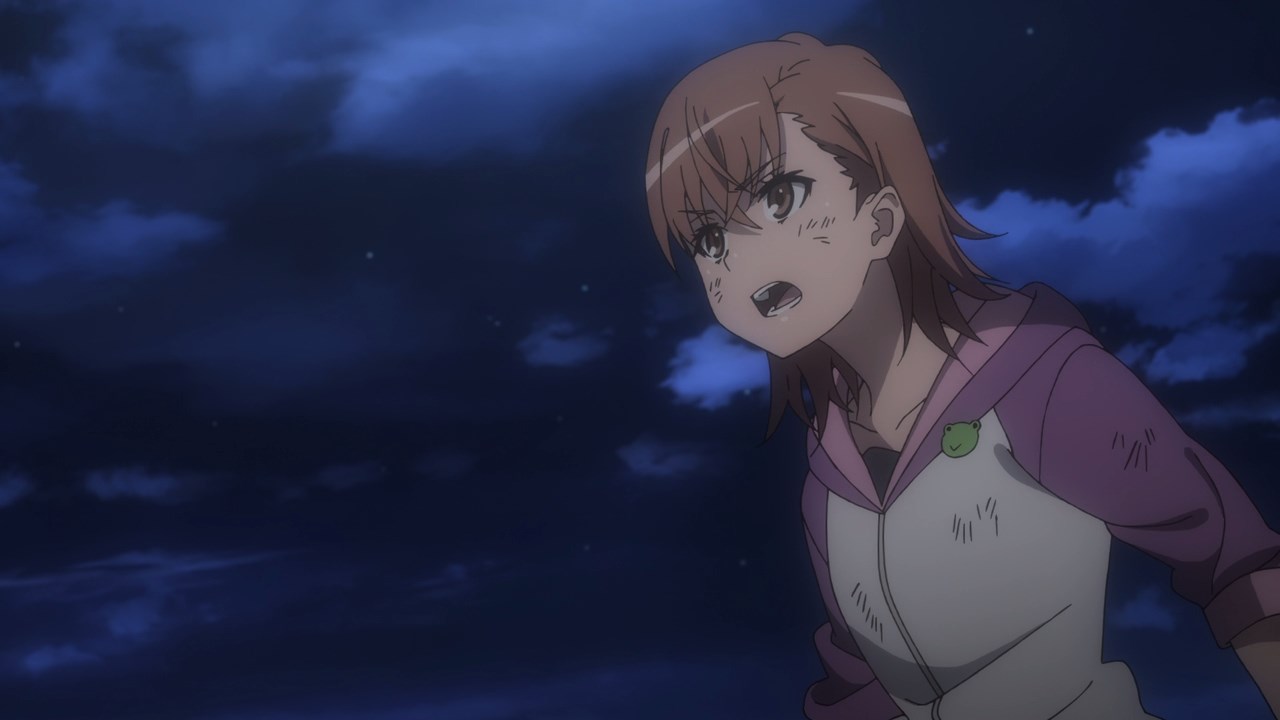 Of course, Mikoto had enough as she wants Kuriba’s clone to rest in peace. After all, there’s no point on continuing the experiment since both the subject and the airship that houses the data are destroyed. 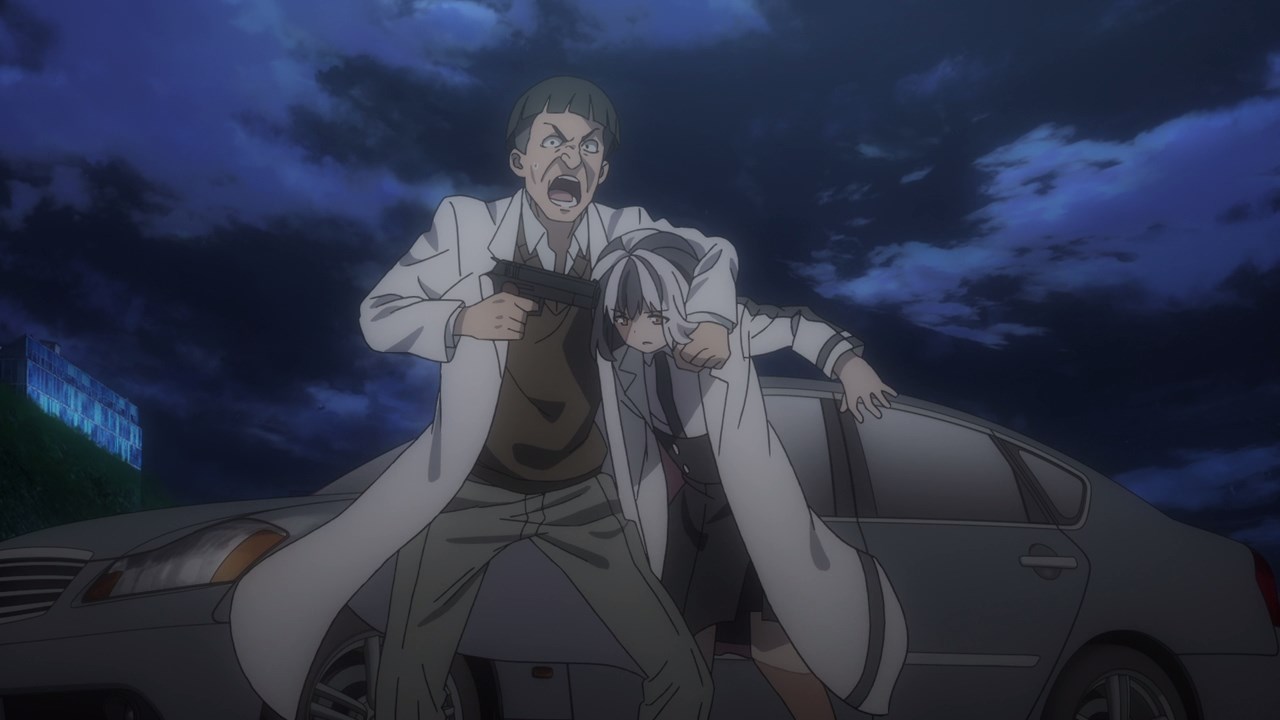 But that doesn’t stop the chief as he took Kuriba hostage and he’s about to shoot her. 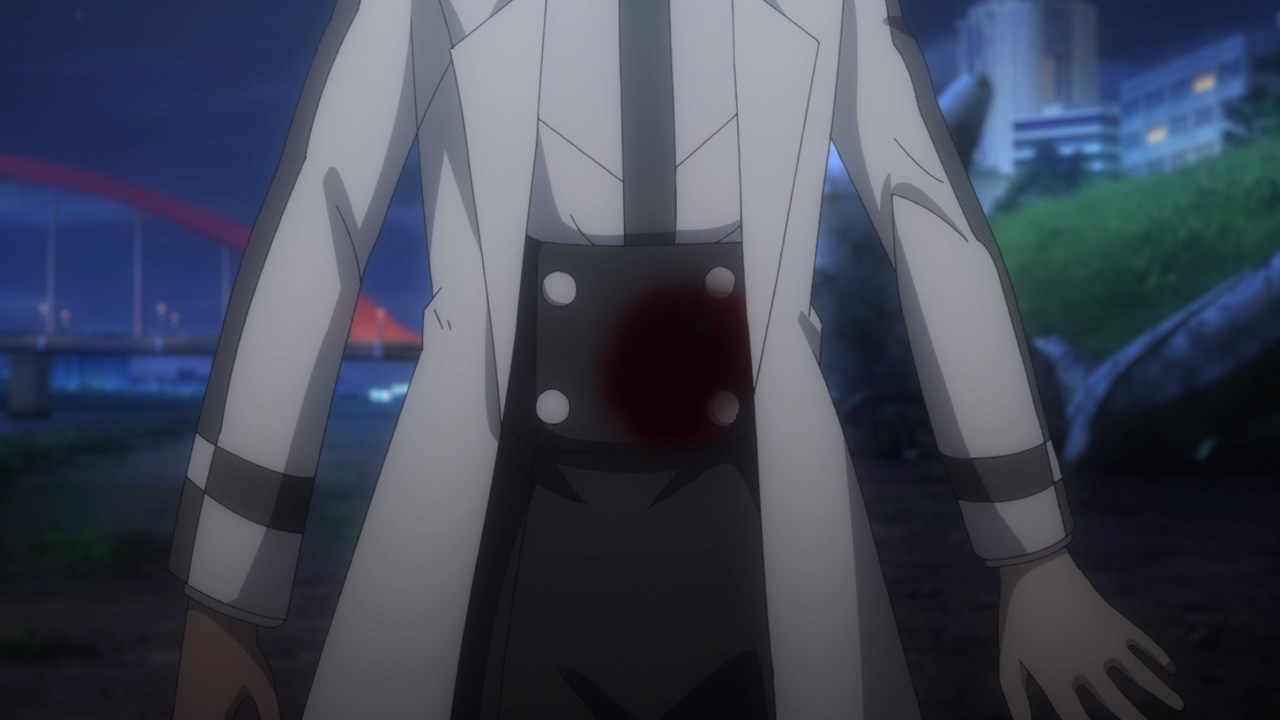 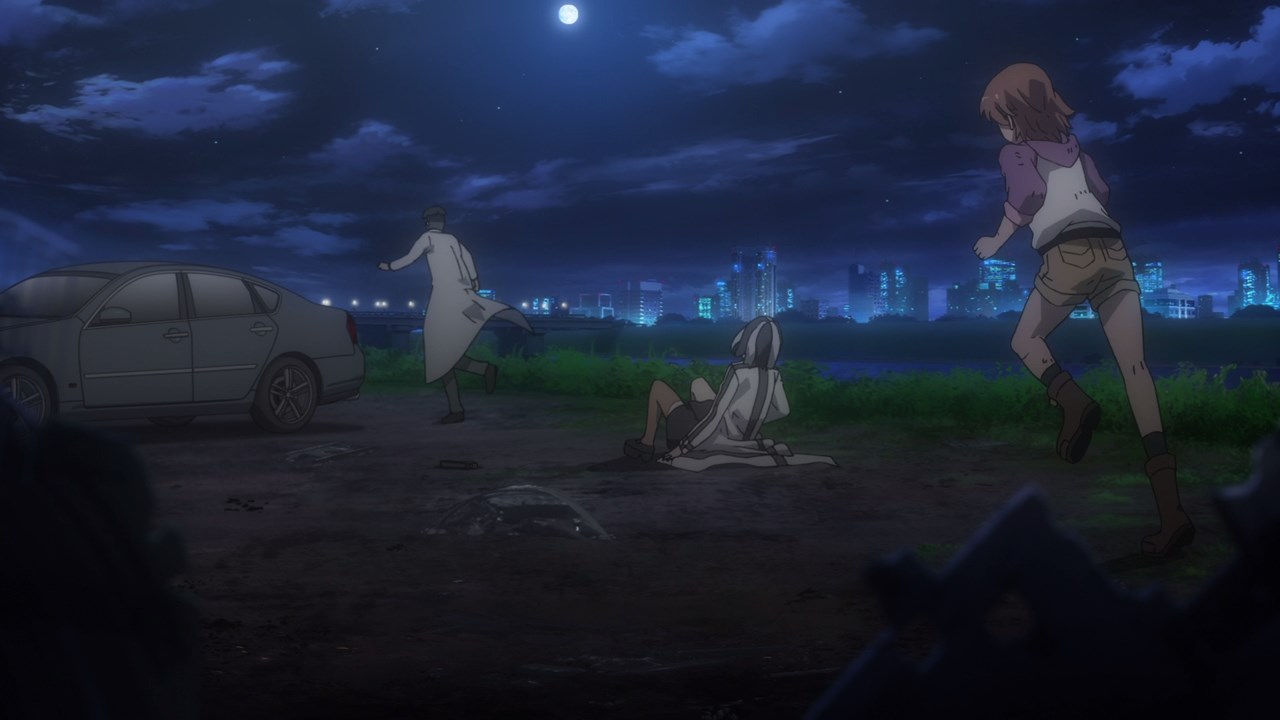 Unfortunately, the chief scientist accidentally shoot Ryouko Kuriba in the stomach and ran away. God, why does this asshole have to murder Kuriba? 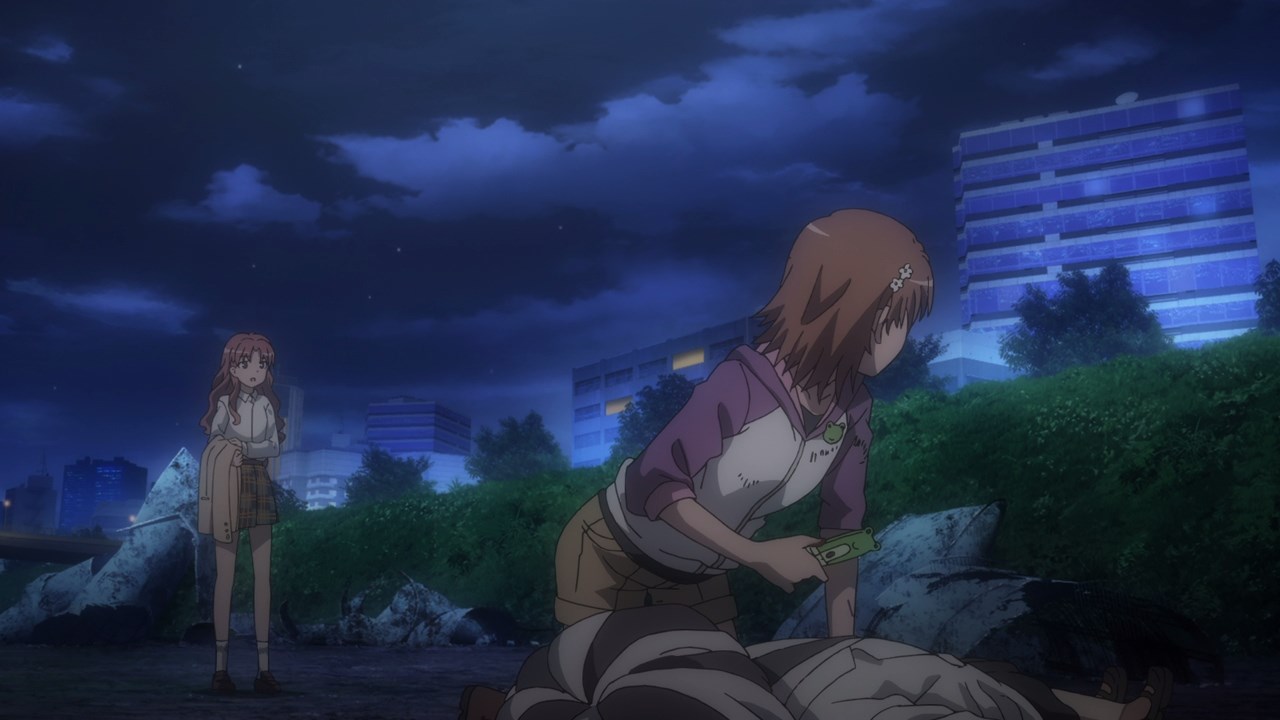 Good thing Kuroko Shirai has arrived at the scene as Mikoto Misaka told her to take Ryouko Kuriba and her clone to the nearby hospital. Now then, where’s that chief scientist? 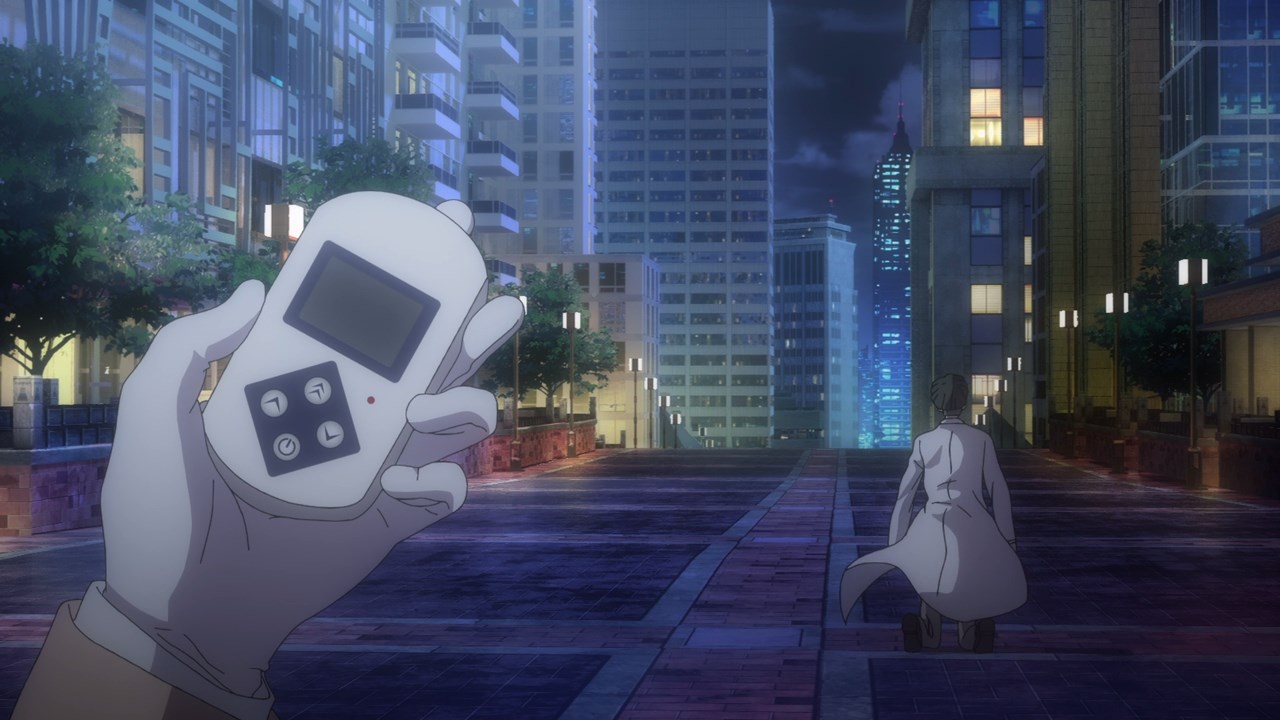 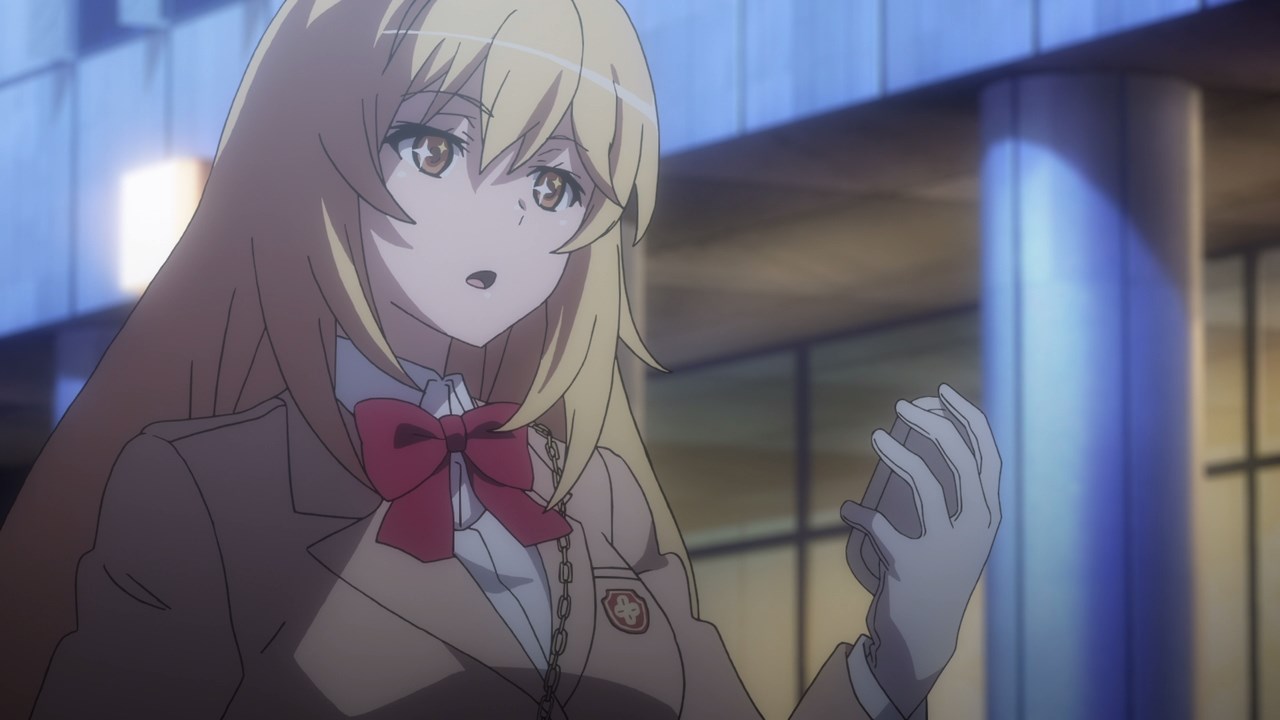 Oh, looks like Misaki Shokuhou took care of it as she resets his memories until he realize his original intention of the experiment, which is to create bio-mechanical body parts and organs.

Then again, it’s not like the chief will restart the project anyway, but what’s important is that the Doppelganger threat is finally over. 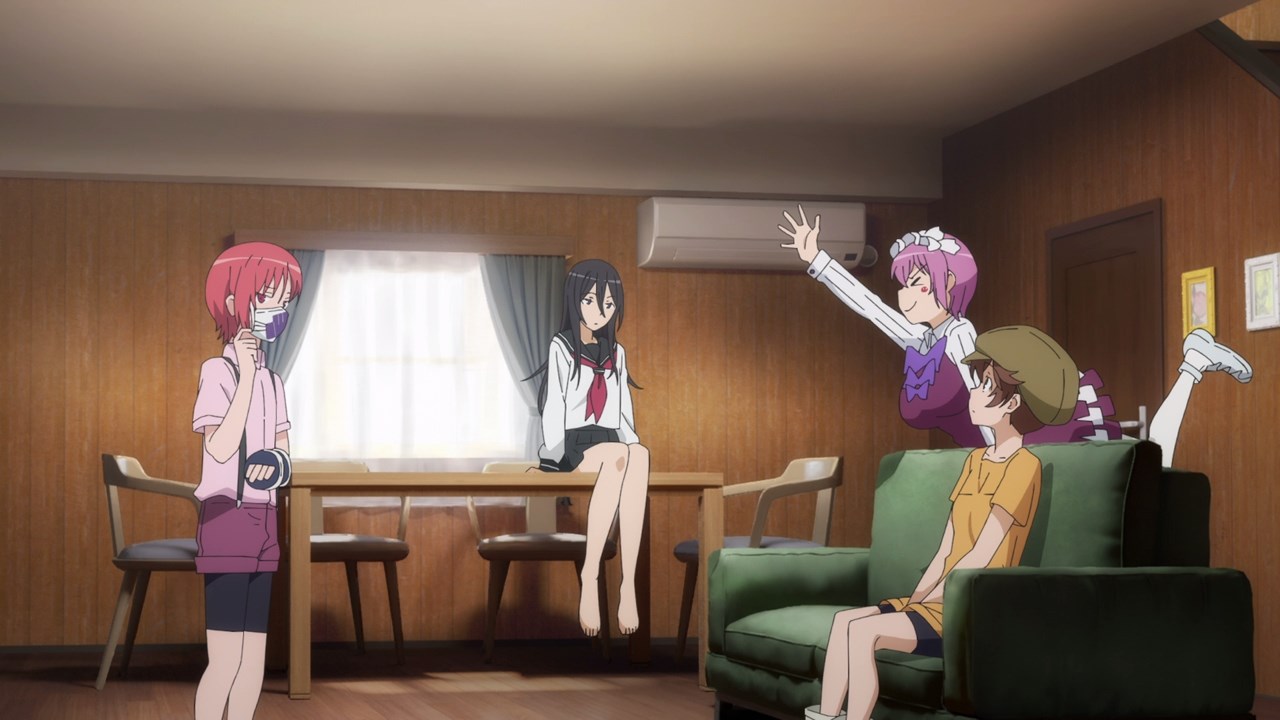 And now, it’s time for an epilogue where Scavenger is waiting for the next mission. Of course, Naru wanted to have another member so that the group will have 5 members instead of 4.

More importantly, they expect to receive payments after bringing back the Doppelganger to the scientists. 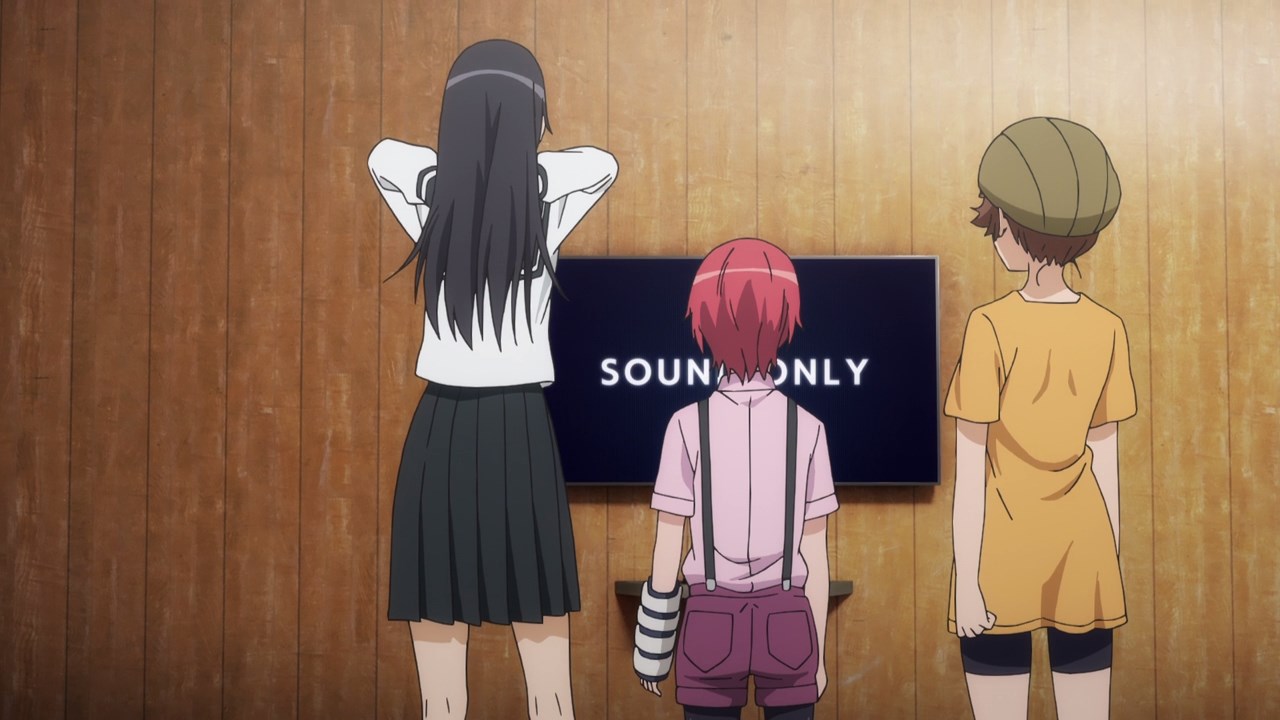 Unfortunately for Leader and the rest, there’s some bad news as their liaison informed them that the client’s business went bankrupt, meaning that they won’t get paid after risking their lives to retrieve the Doppelganger. 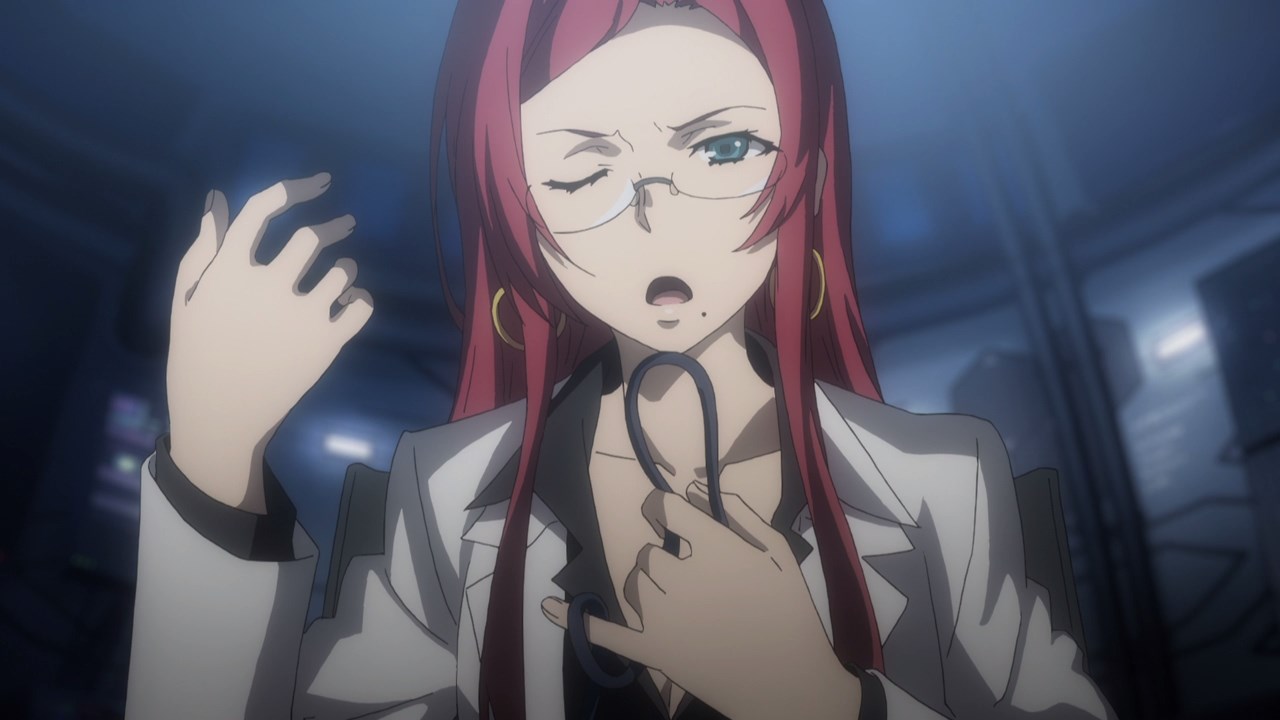 But on the plus side though, the liaison informed Scavenger that their rank has restored to its original level.

So yeah, Leader and the rest didn’t end up as bottom feeders, but they still have to work harder if Scavenger wanted to become the best dark organization in Academy City. 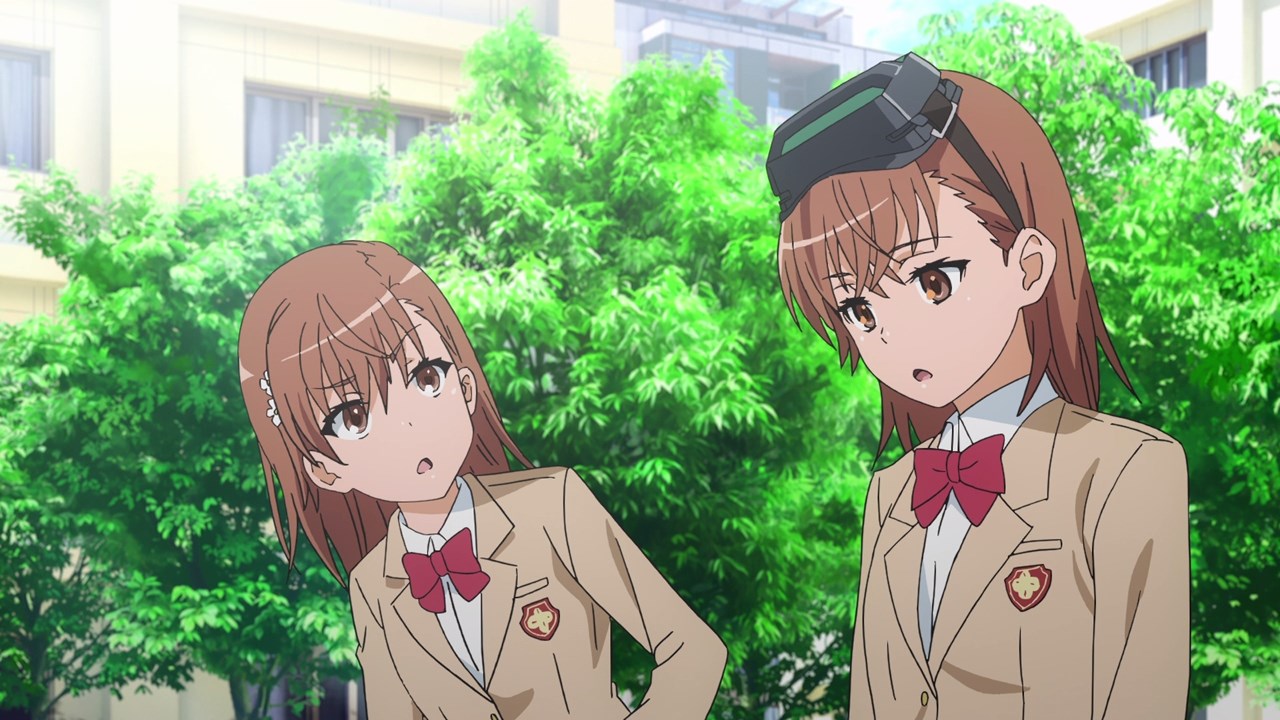 Meanwhile, here’s Mikoto Misaka where she went to the hospital to see MISAKA No. 10032. Fortunately for this MISAKA Sister, No. 10032 is doing great as she can now move freely. 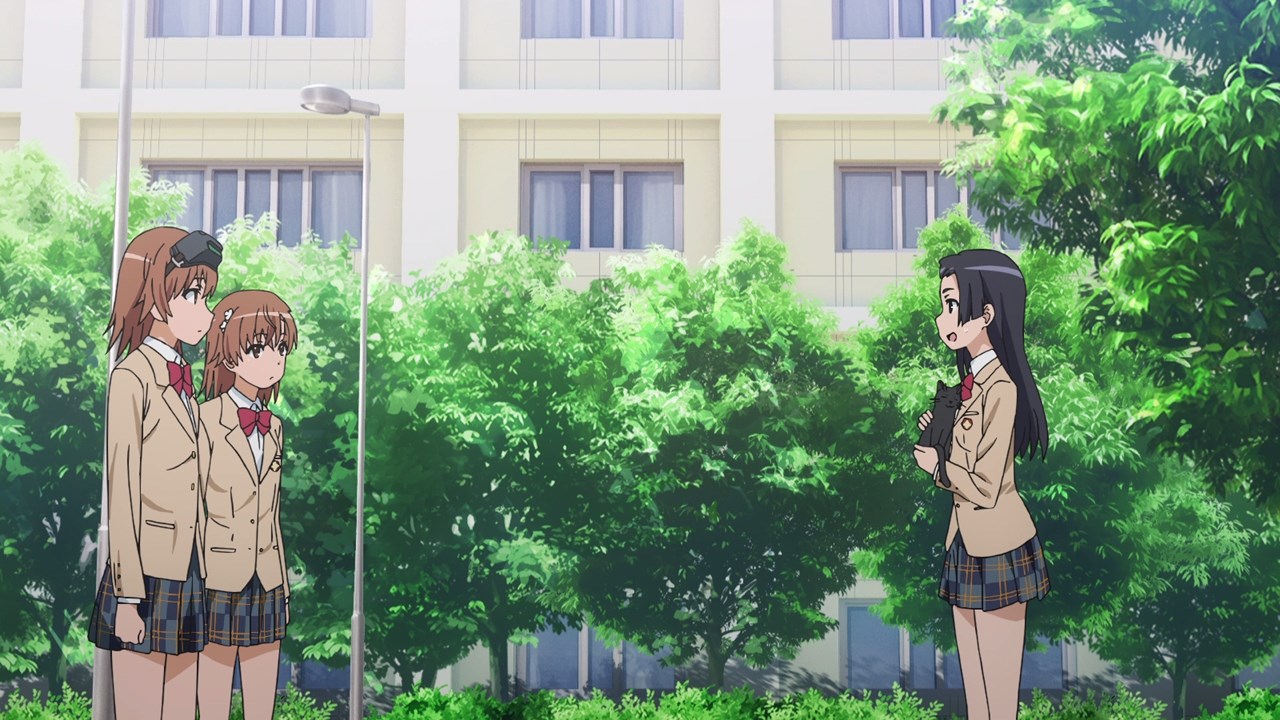 Oh and Mitsuko Kongou has finally recovered from her injuries, although she’s surprised to see both Mikoto and her Sister standing closely together.

Man, if only Kuroko Shirai is here ’cause she’s missing out on seeing two Misakas! 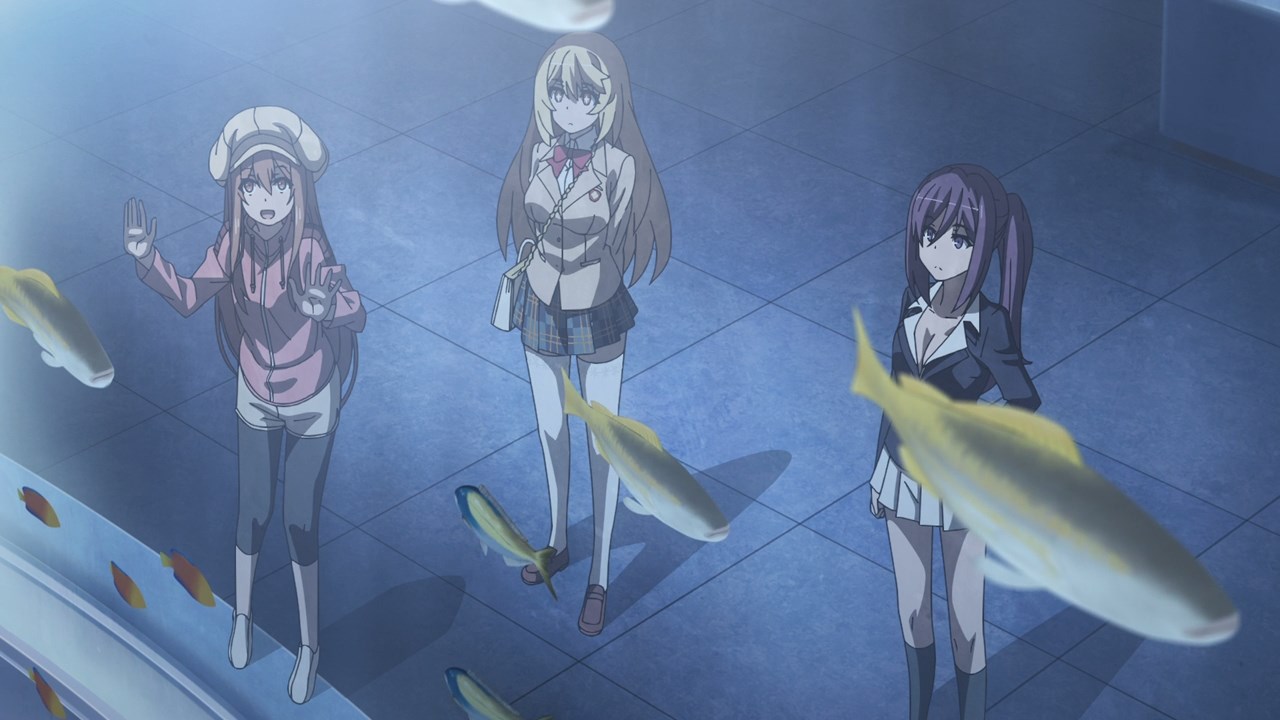 One more thing, looks like Misaki Shokuhou is having a great time with Dolly and Mitori Kouzaku at the aquarium. Isn’t it nice?

While I still won’t forgive Misaki for messing-up Mikoto’s friends, I have to thank her for cleaning up the mess during the Daihasei Festival as well as helping Misaka on stopping the Doppelganger. 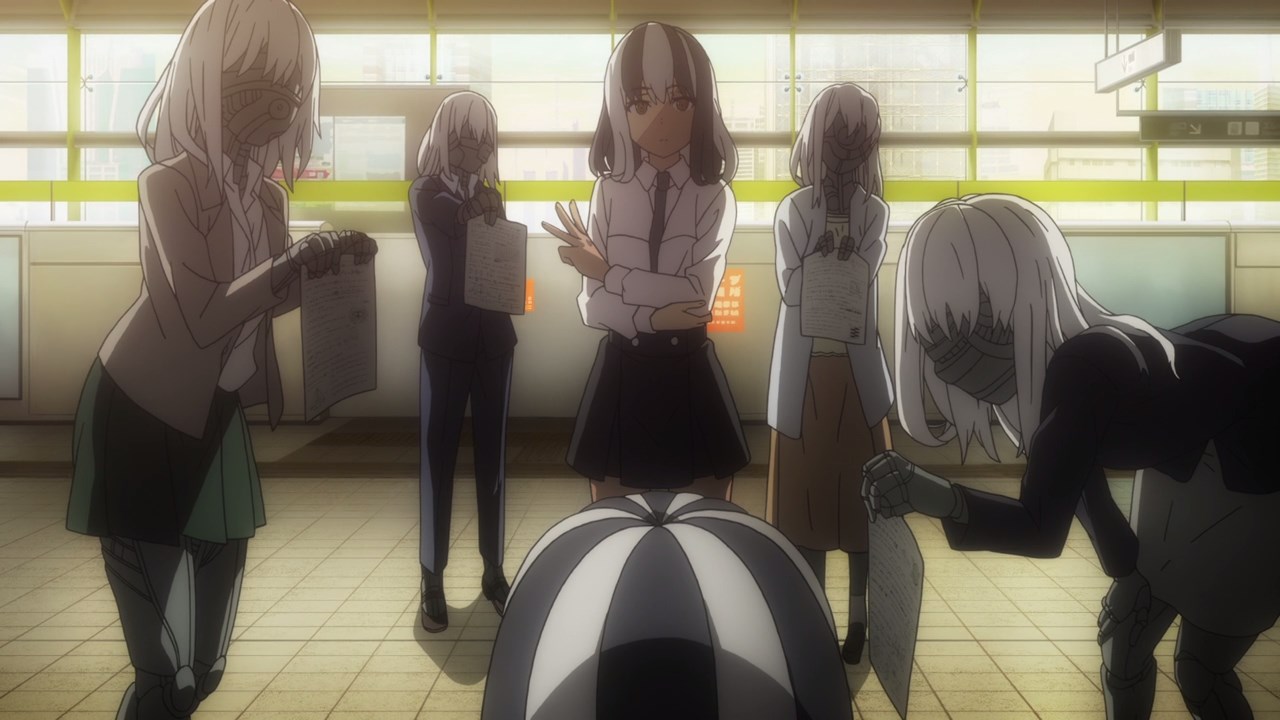 And lastly, here’s the Doppelganger where it’s still alive, telling Ryouko Kuriba about her mistakes regarding her efforts to save her mother’s life. Wait a minute, what happened to Kuriba anyway? 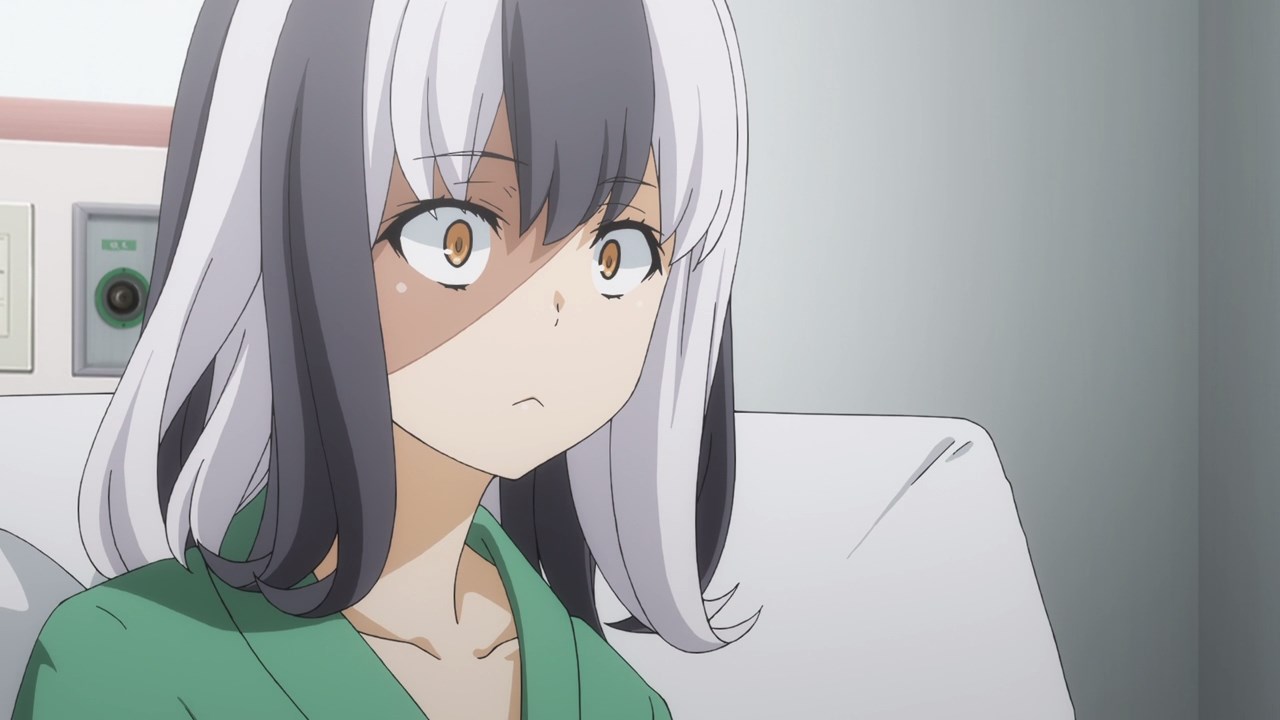 Oh, she’s actually alive as Ryouko saw her Doppelganger in her dreams. Hmm, I wonder if she got those Indian Pokers at hand? 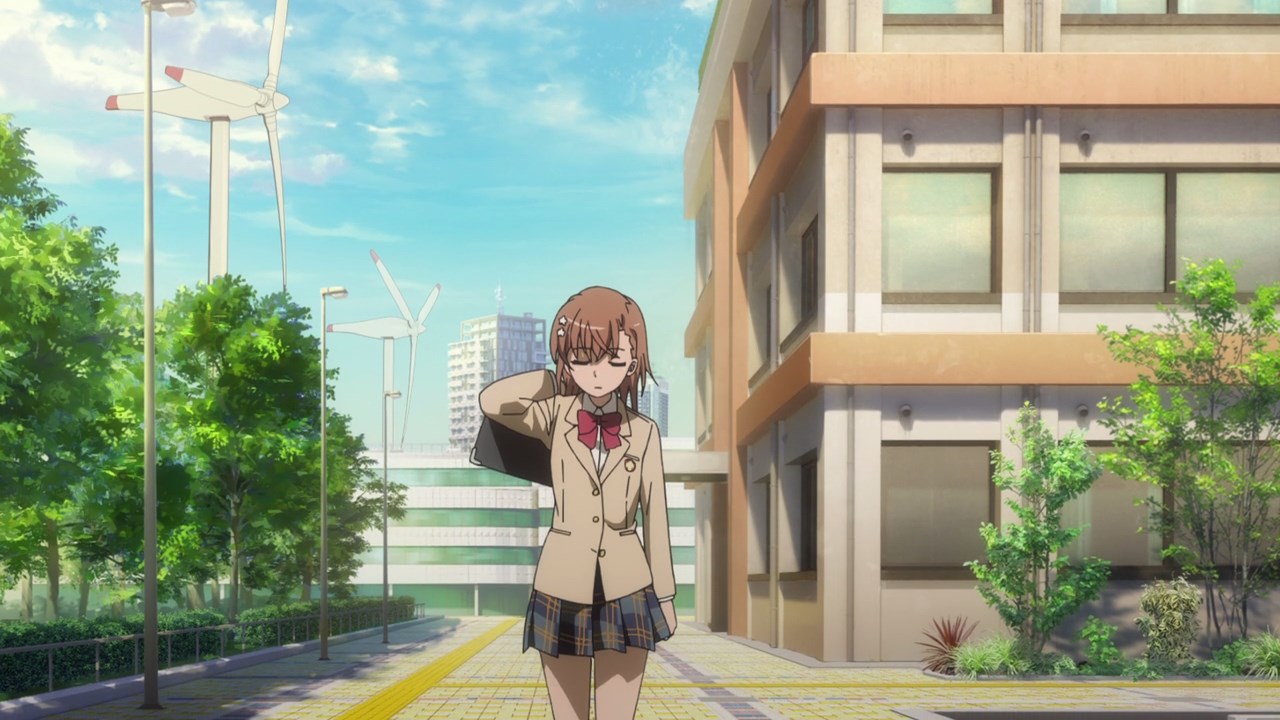 With that said, it’s time to say good-bye to Mikoto Misaka for now as she reunites with her friends after visiting Ryouko Kuriba at the hospital. 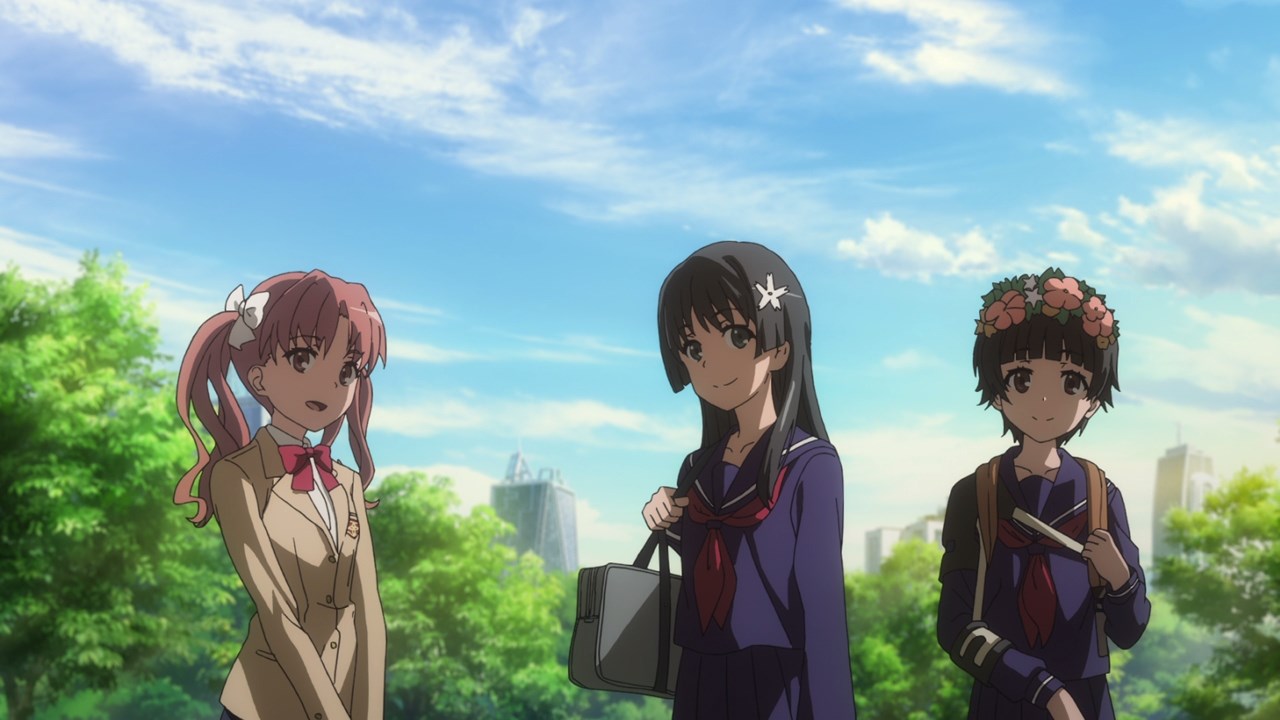 And really, even though J.C.Staff finish this season in the span of 9 months due to the current pandemic, I have to say that it’s worth watching as it’s an improvement over To Aru Kagaku no Railgun S. I mean, the animation studio took their time to make the 3rd season better.

Then again, I feel that the importance of some characters like Shaei Miyama and Rakko Yumiya leaves a lot to be desired, although the latter will play a key role in the upcoming Battle Royale within Academy City. Seriously, has Shaei Miyama already found the person who can alter destinies? I guess that sub-plot was thrown out of the window.

Anyways, I’m glad that To Aru Kagaku no Railgun T reached the finish line without a hitch. Still, I wish Kadokawa will bring more To Aru anime series in the future as they really need to be relevant again.