Legend of the Galactic Heroes: Die Neue These Episode #17 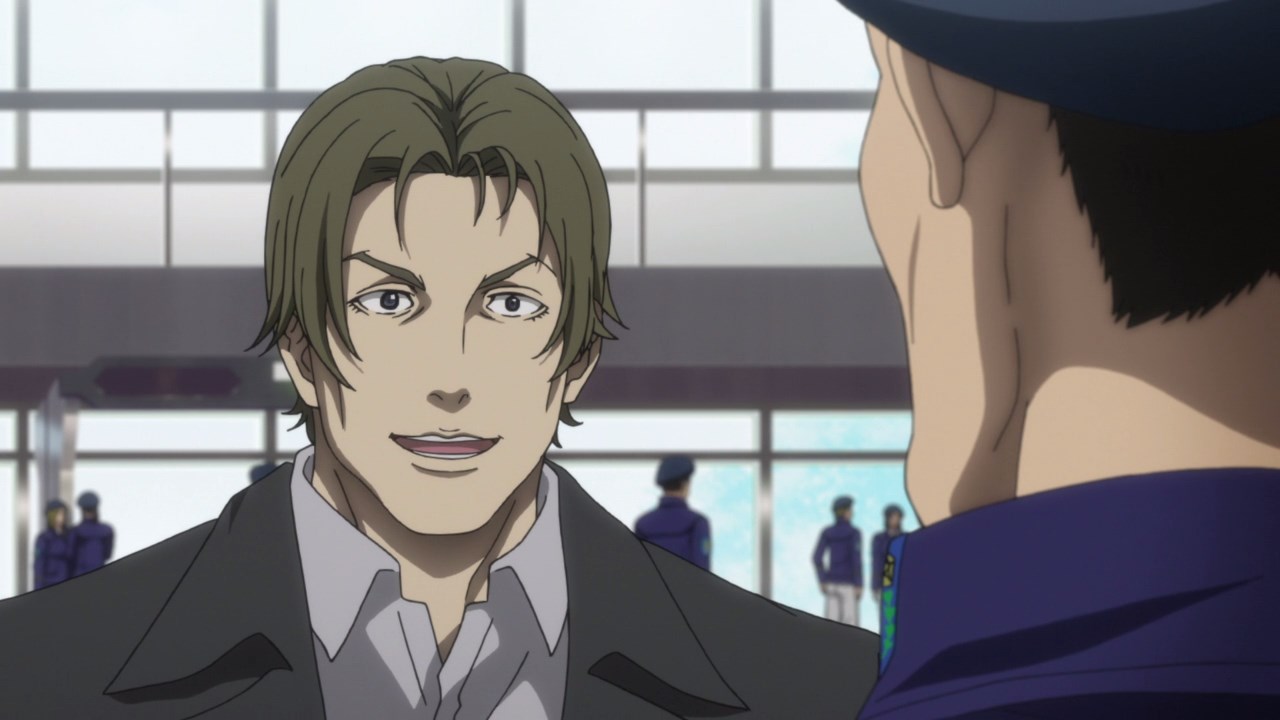 Oh look, it’s Andrew Falk where this former commodore wants to be reinstated to the military. But then again, this guy is also part of a group who wanted to overthrow Job Trunicht’s government. 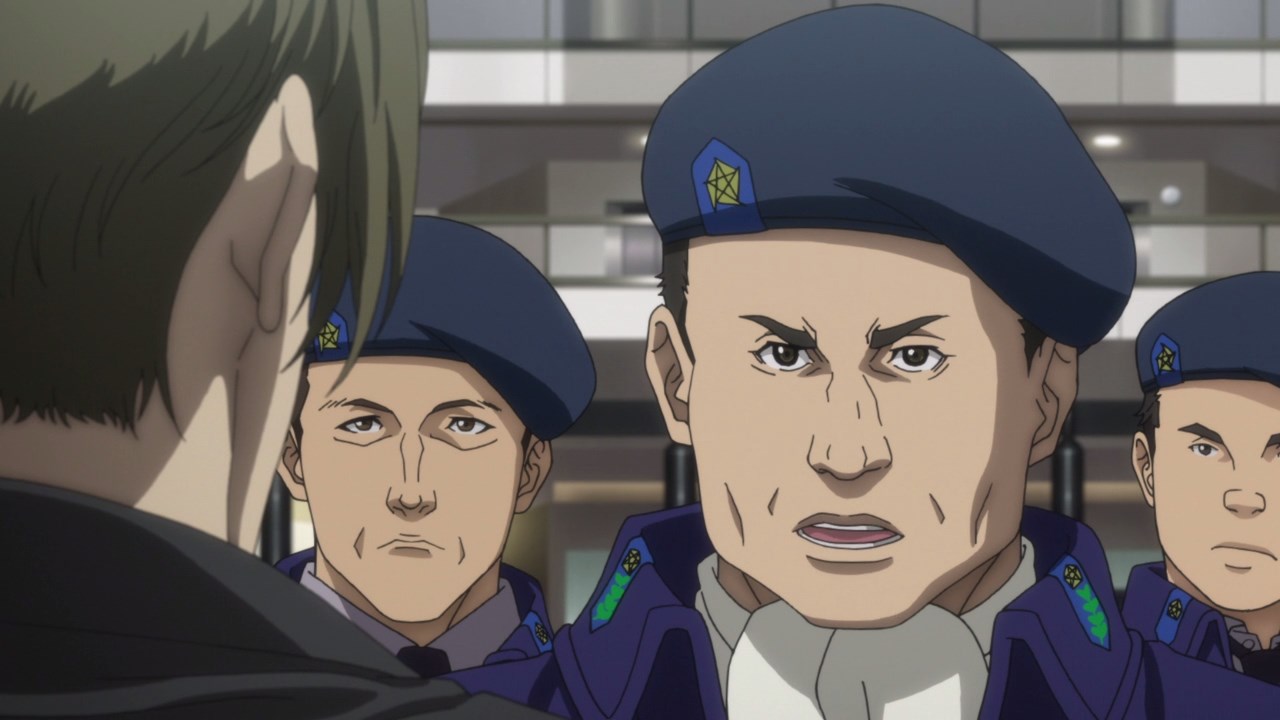 Unfortunately for Andrew Falk, Admiral Cubersly told him to go with the process of getting a clearance first. Furthermore, the chief of the Integrated Tactical Operations Center is not convinced that the former commodore is fully-recovered.

Well, looks like Andrew Falk won’t return to active duty because of his unstable mental health. Now it would be nice if he just take a leave. 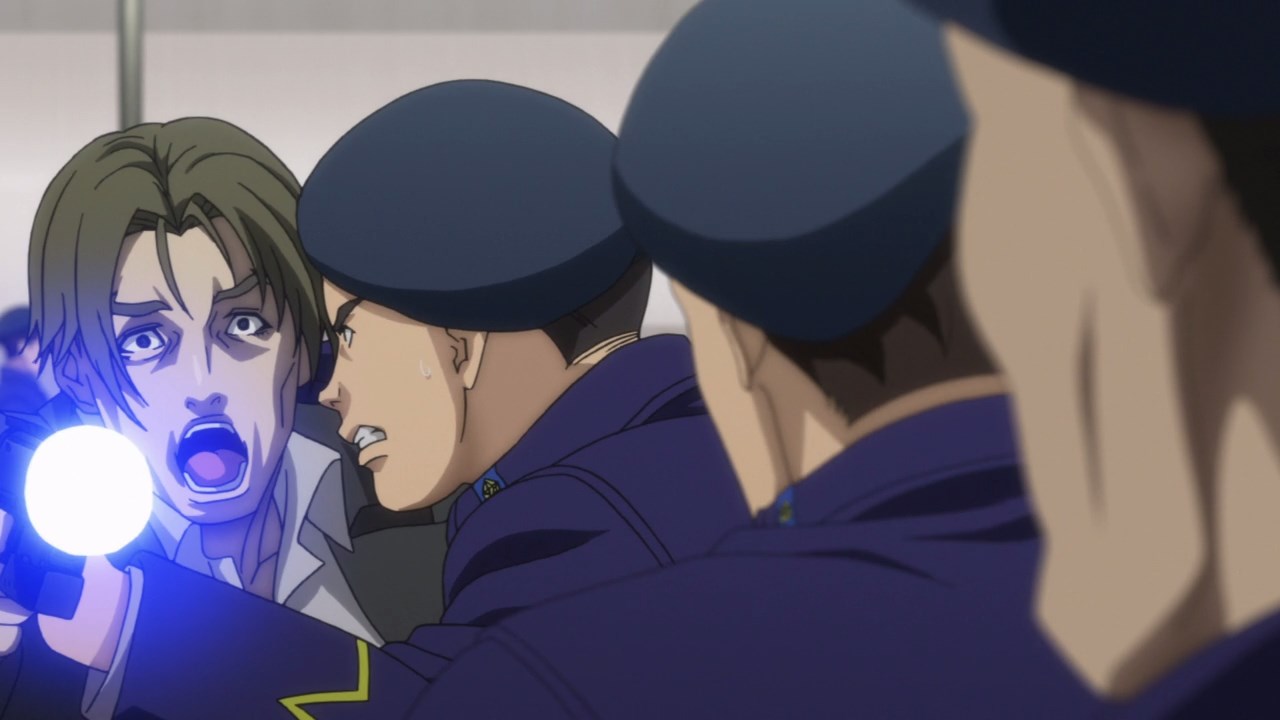 But this is Andrew Falk we’re talking about as he decided to shoot Admiral Cubersly instead. God, this needs to be put in a mental asylum. 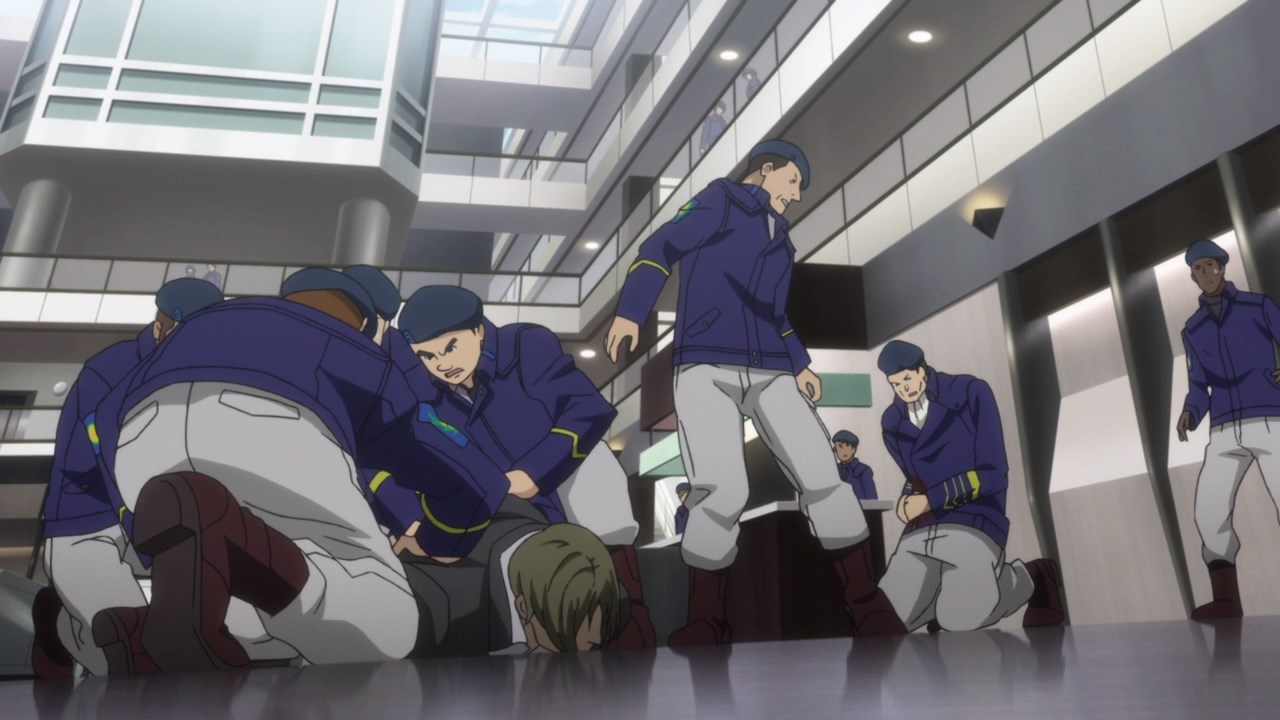 And so, Admiral Cubersly was shot in the stomach while Andrew Falk was detained. Of course, this is just the beginning of a major upheaval within the Free Planets Alliance. 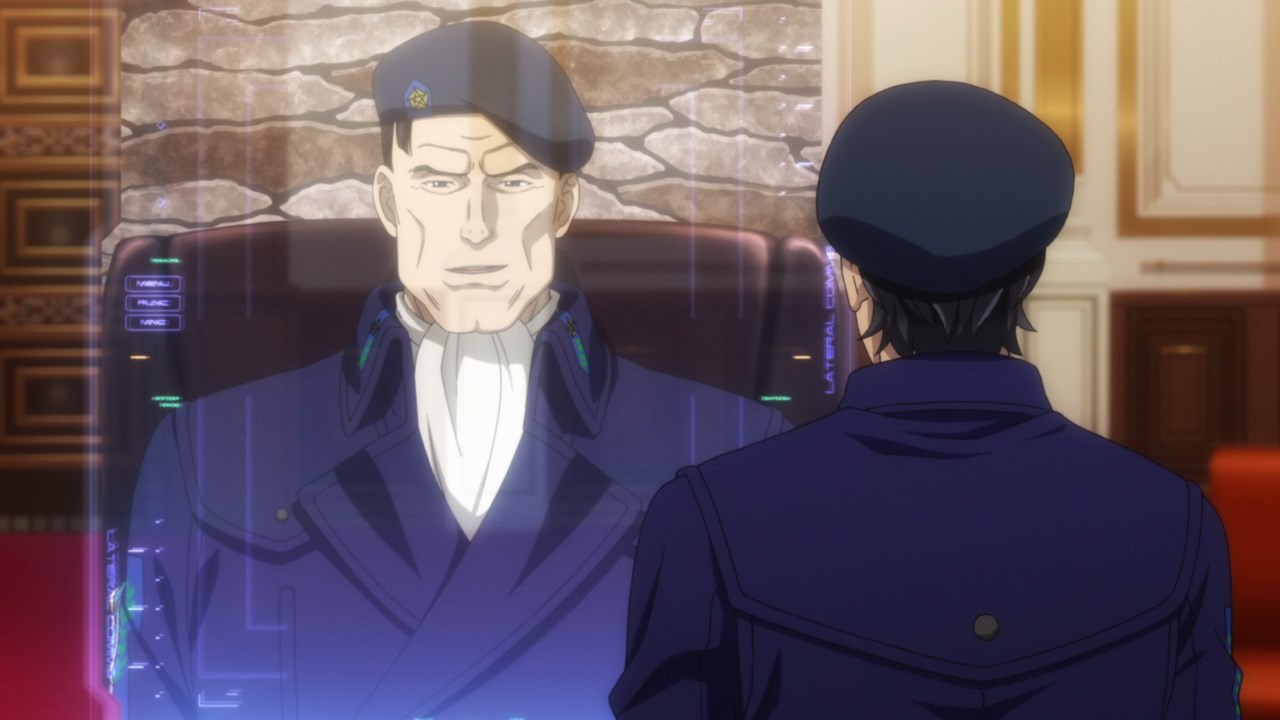 Anyways, Admiral Cubersly was replaced by Admiral Dawson as interim chief of the Integrated Tactical Operations Center. Of course, he’s not gonna give everyone a break as Admiral Dawson ordered Admiral Yang to mobilize and suppress various revolts across 4 planets.

Gotta say that the Yang Fleet will have an arduous task of stopping rebellions while defending the Iserlohn Fortress from ambushes. 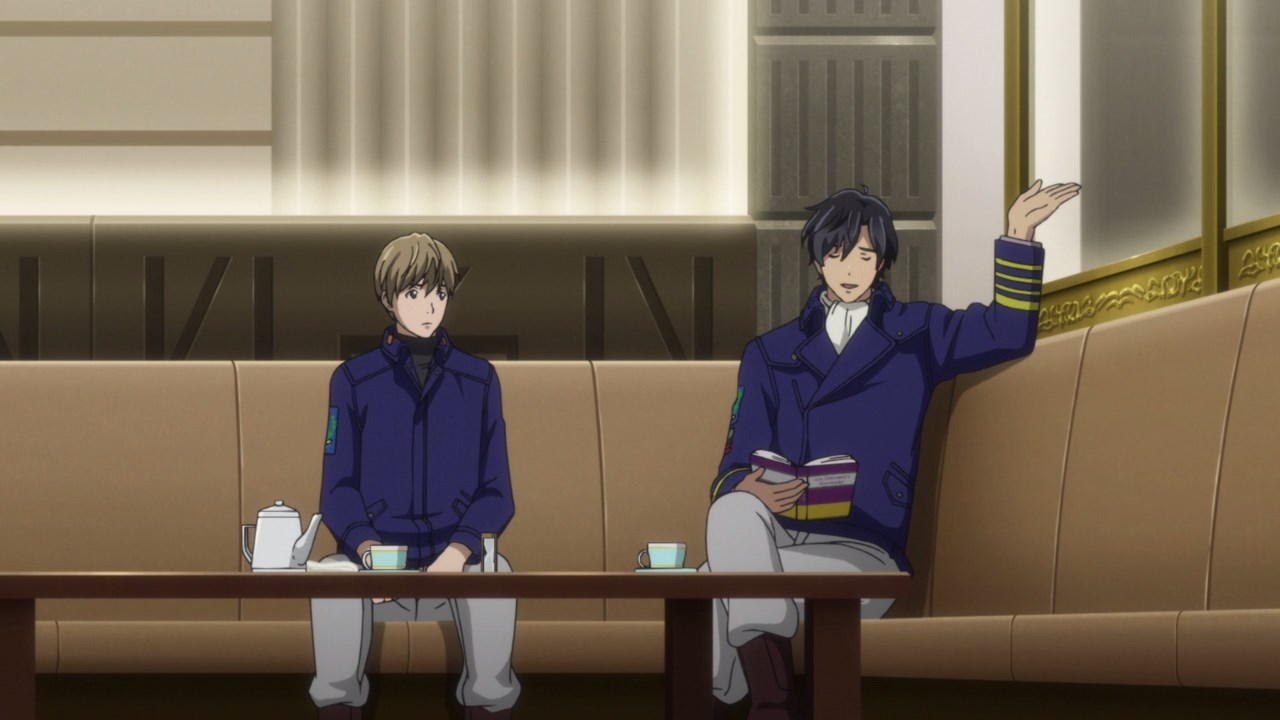 Speaking of Yang Wen-li, looks like he has no choice but to follow orders that was given to him, although he’s concerned if and when will a coup d’etat happen in Heinessen.

One more thing, I feel that he needs to get married soon since Wen-li is 30 years old. 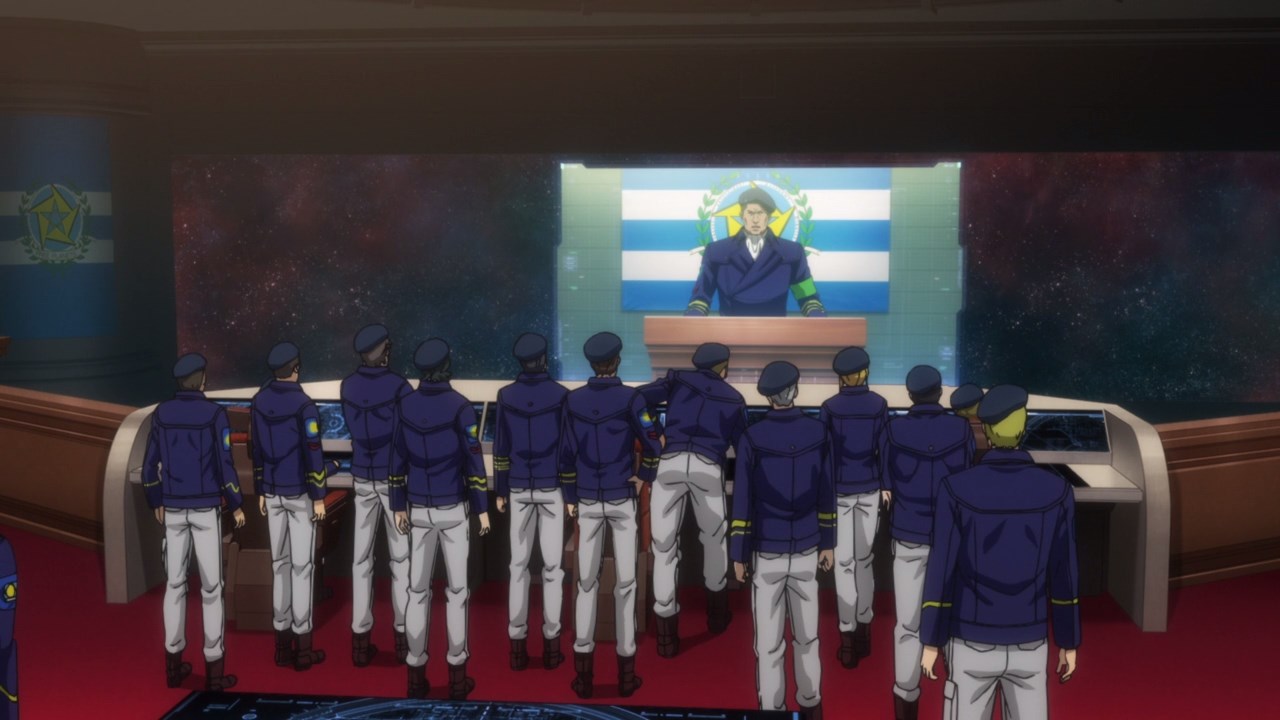 Unfortunate for Admiral Yang, it appears that he’ll have to postpone his marriage plans as he and his fellow officers saw the news that a hostile takeover has happened in Heinessen.

Known as the National Salvation Military Council, they want to enact reforms within the Free Planets Alliance, while crushing the Galactic Empire once and for all. 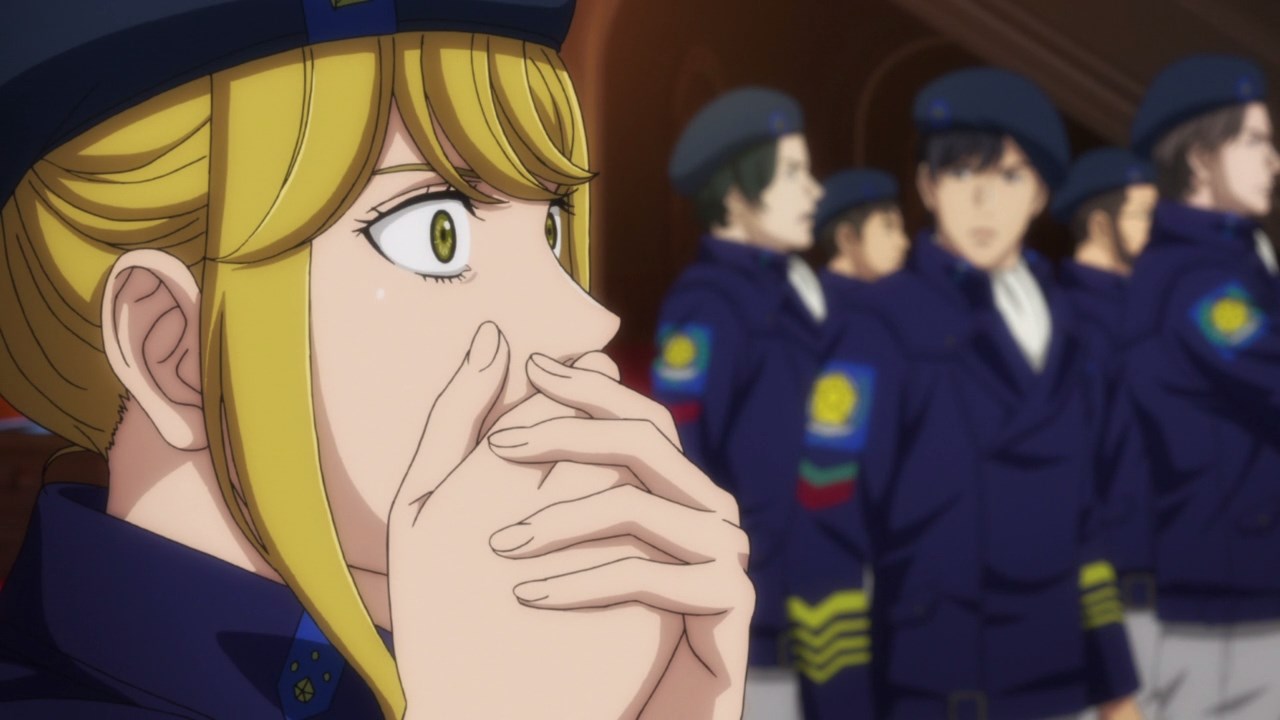 On the other hand, Sub-lieutenant Frederica Greenhill is shocked that her father is among the officers within the National Salvation Military Council. 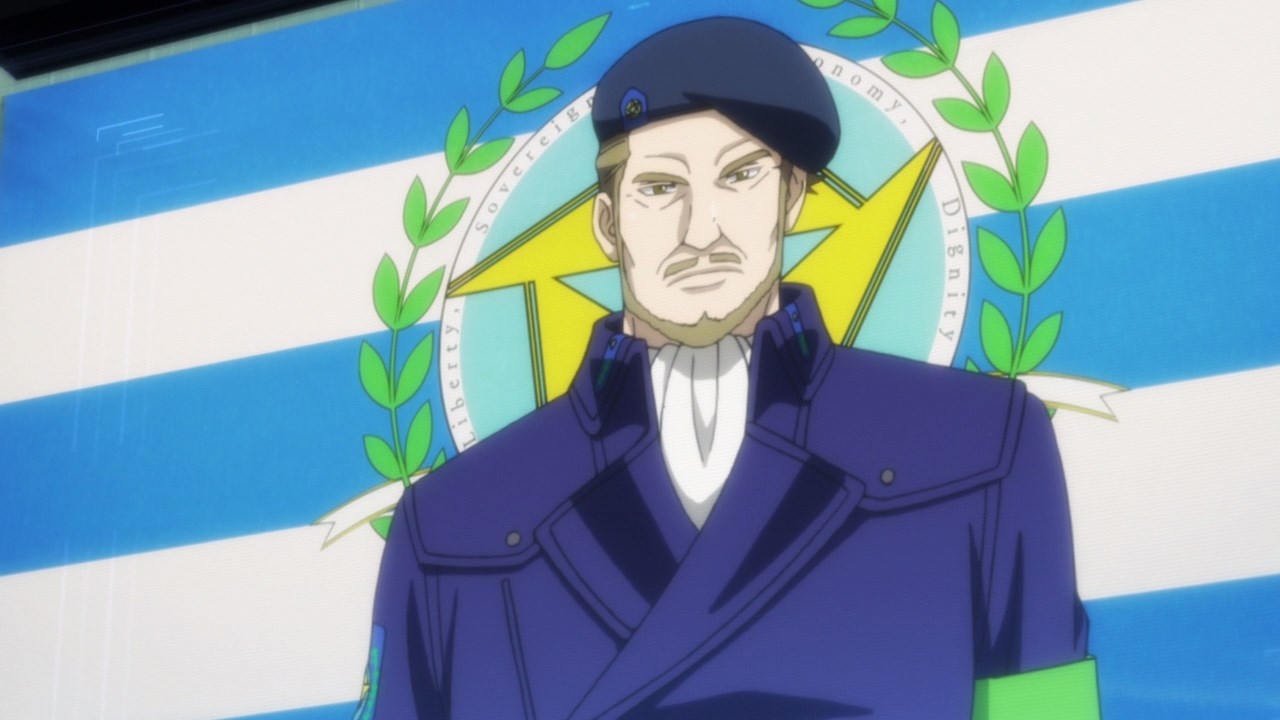 That’s right, it’s Admiral Dwight Greenhill and it’s gonna be difficult for Frederica on pulling the trigger against her beloved father.

In any case, looks like Admiral Alexandre Bewcock failed to stop the uprising within the Alliance. 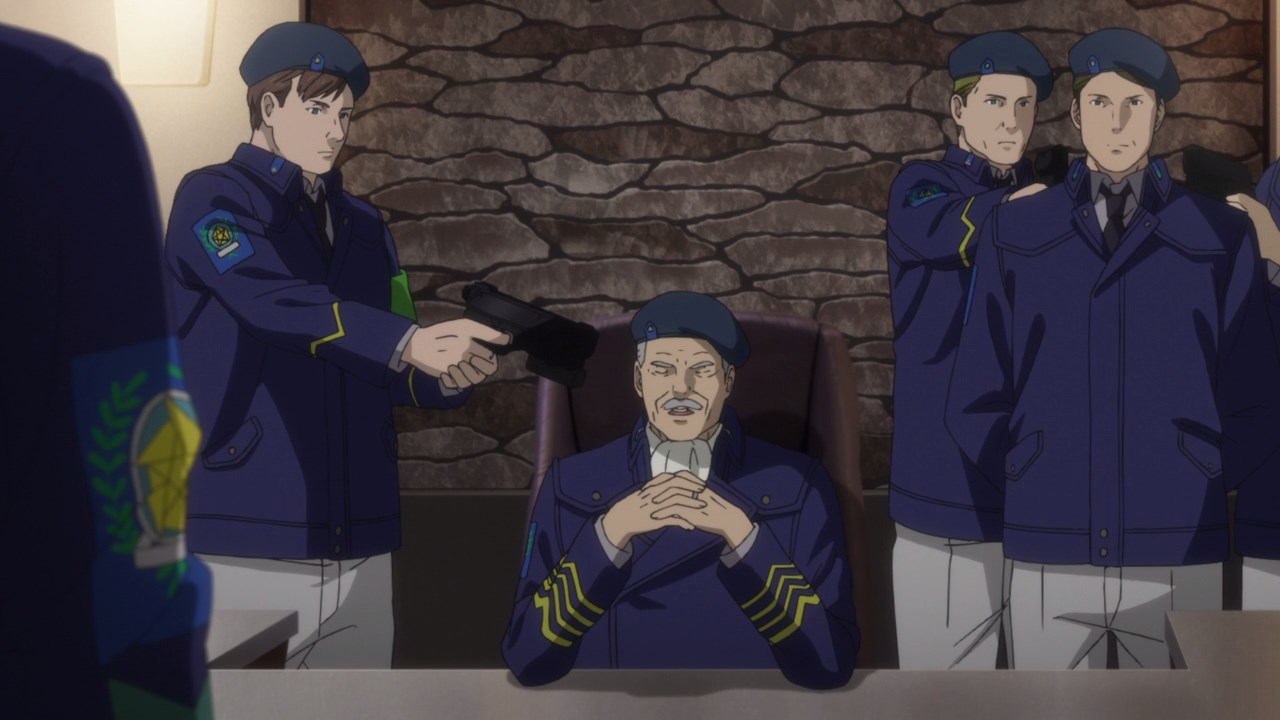 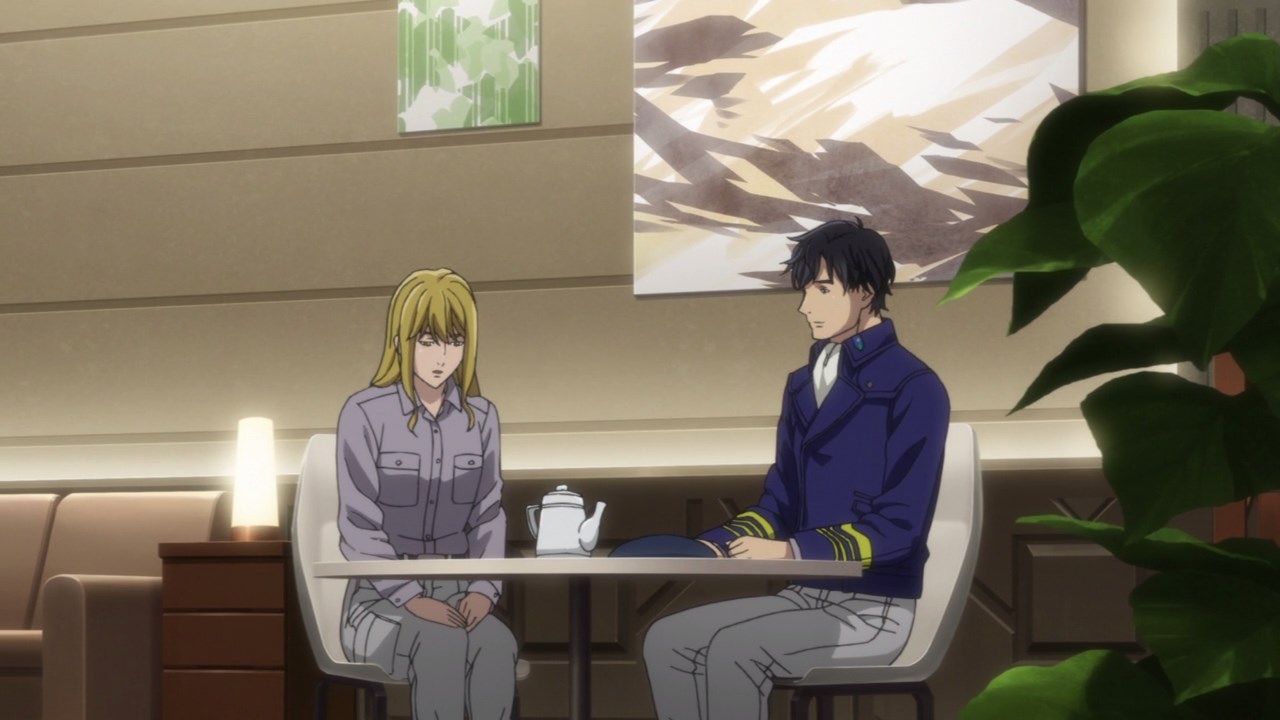 But let’s go back to Iserlohn Fortress where Frederica Greenhill discuss her plans to resign her position as an adjutant. After all, she’s conflicted on fighting her own father. 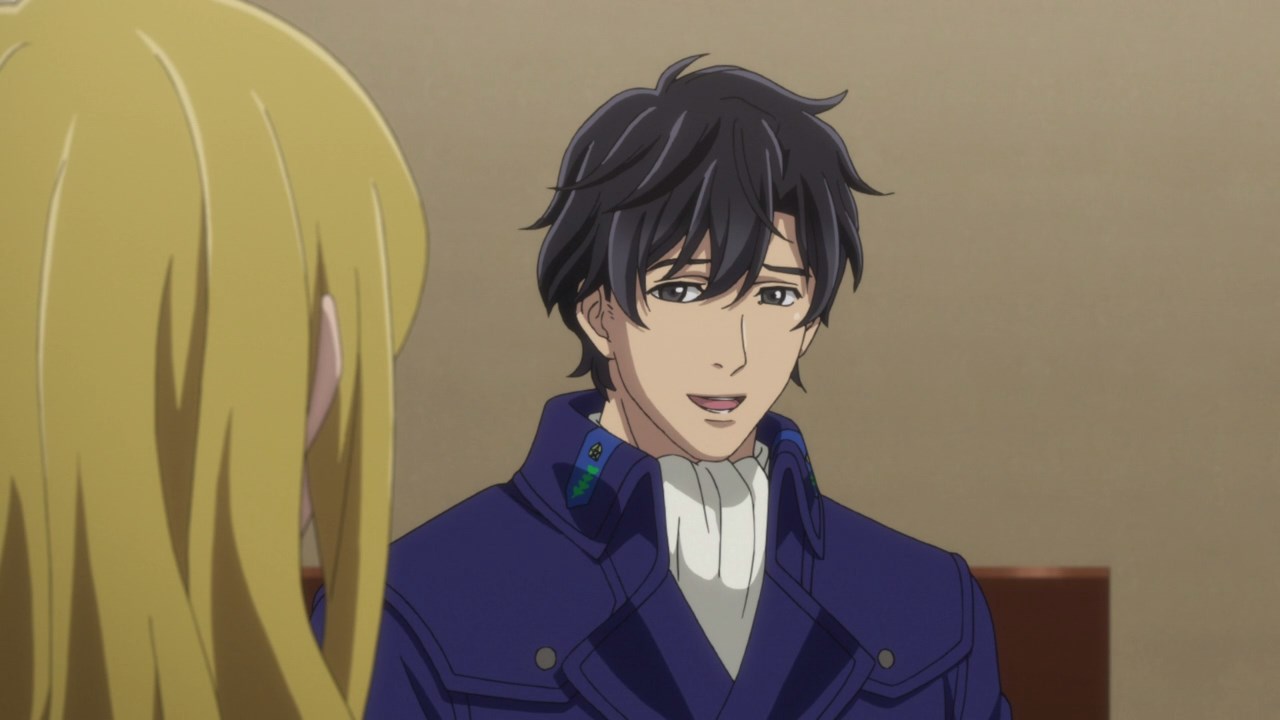 And while Yang Wen-li understands Frederica’s plight, finding a capable adjutant like her would be difficult especially that his fleet will mobilize tomorrow. And besides, he’s a lazy man who’s pretty much lost without her.

With that said, it appears that Frederica Greenhill will continue her role as an adjutant. Then again, I wish that there’s a way to convince her father to lay down his arms peacefully, although that too would be very difficult. 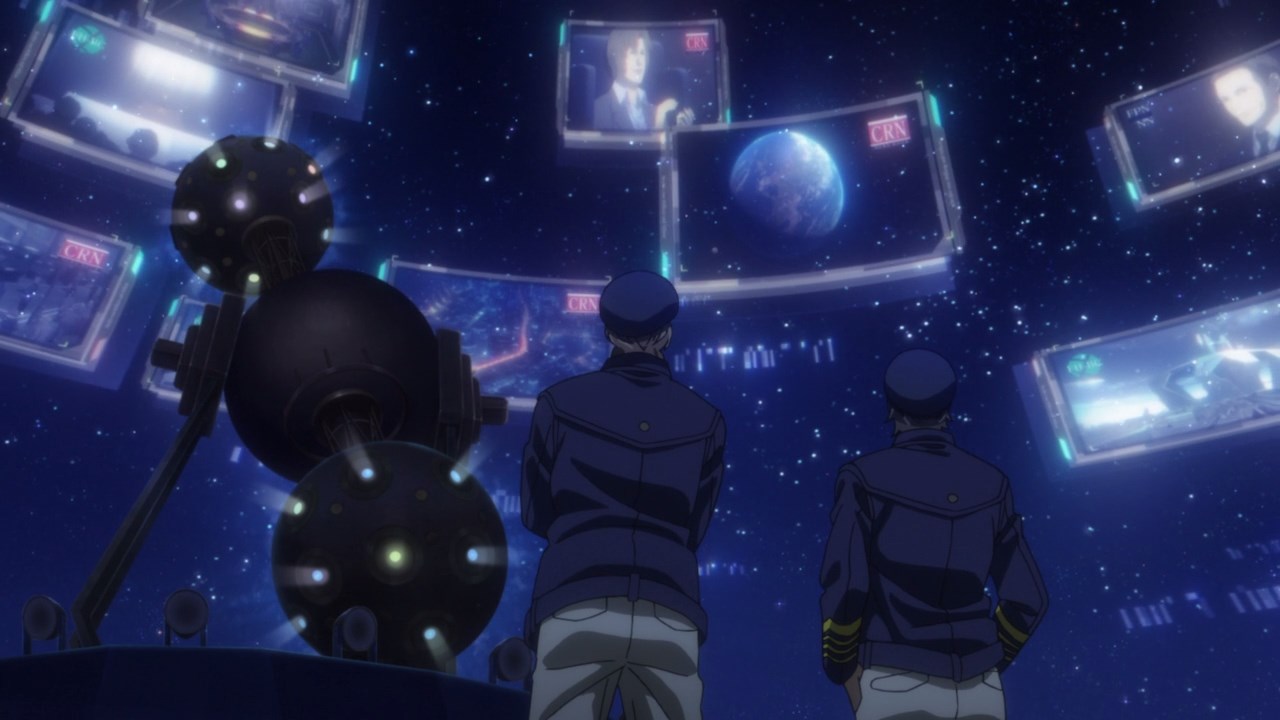 Afterwards, looks like Yang Wen-li will have a serious discussion with Walter von Schönkopf at a planetarium. C’mon, the fortress has everything. 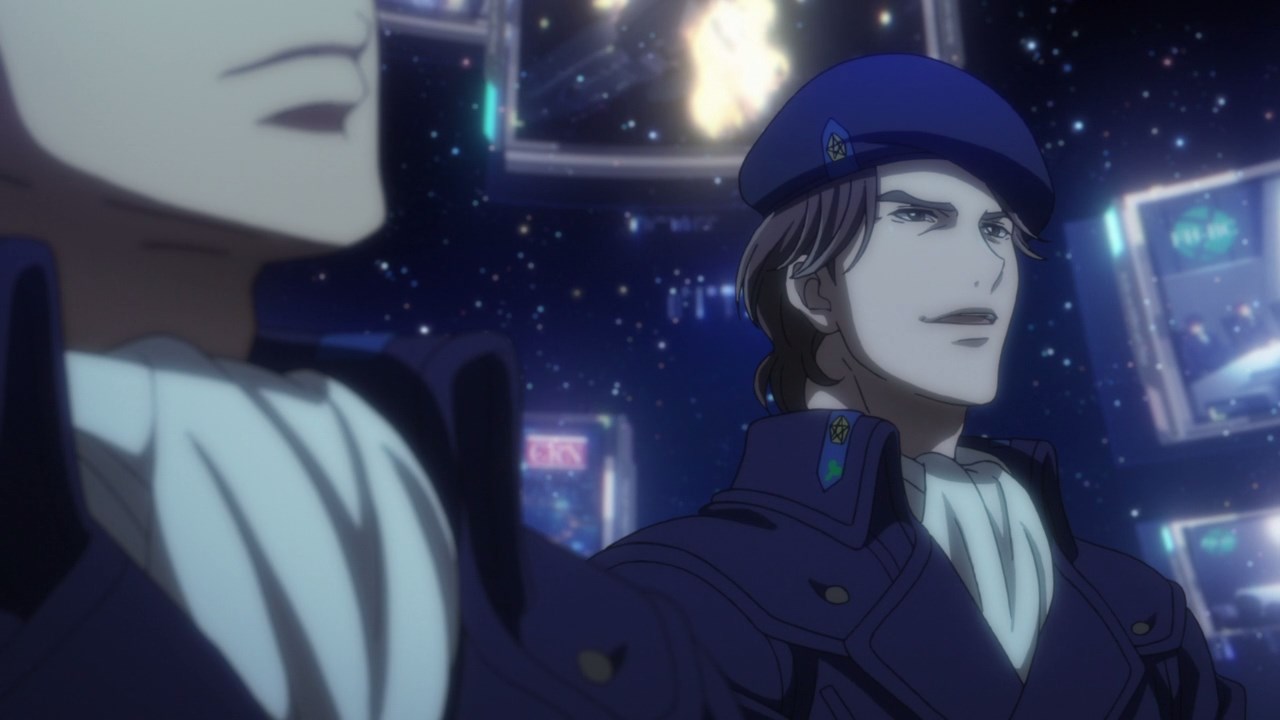 Anyways, Commodore Schönkopf suggested that the National Salvation Military Council should overthrow Job Trunicht’s government, expose their incompetence, and then have Admiral Yang kick them out and become the dictator who will restore democracy.

That’s a great plan from Walter, but there’s a problem with regards to Wen-li… 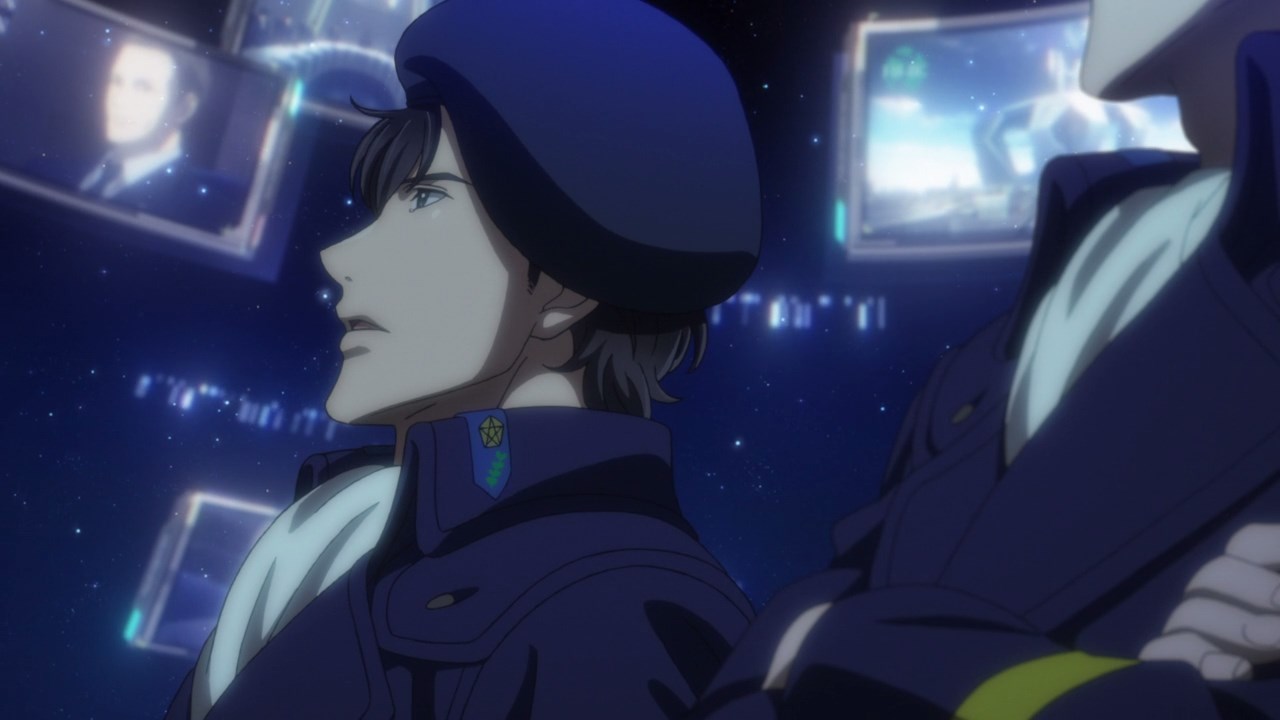 You see, while Yang Wen-li sees both Job Trunicht’s government and the military council as corrupt and inept, he’s not the type who can dictate how the government will run.

So yeah, Wen-li doesn’t like to get involved in politics. But hey, Admiral Yang is a military genius even though he doesn’t want to join the army in the first place. 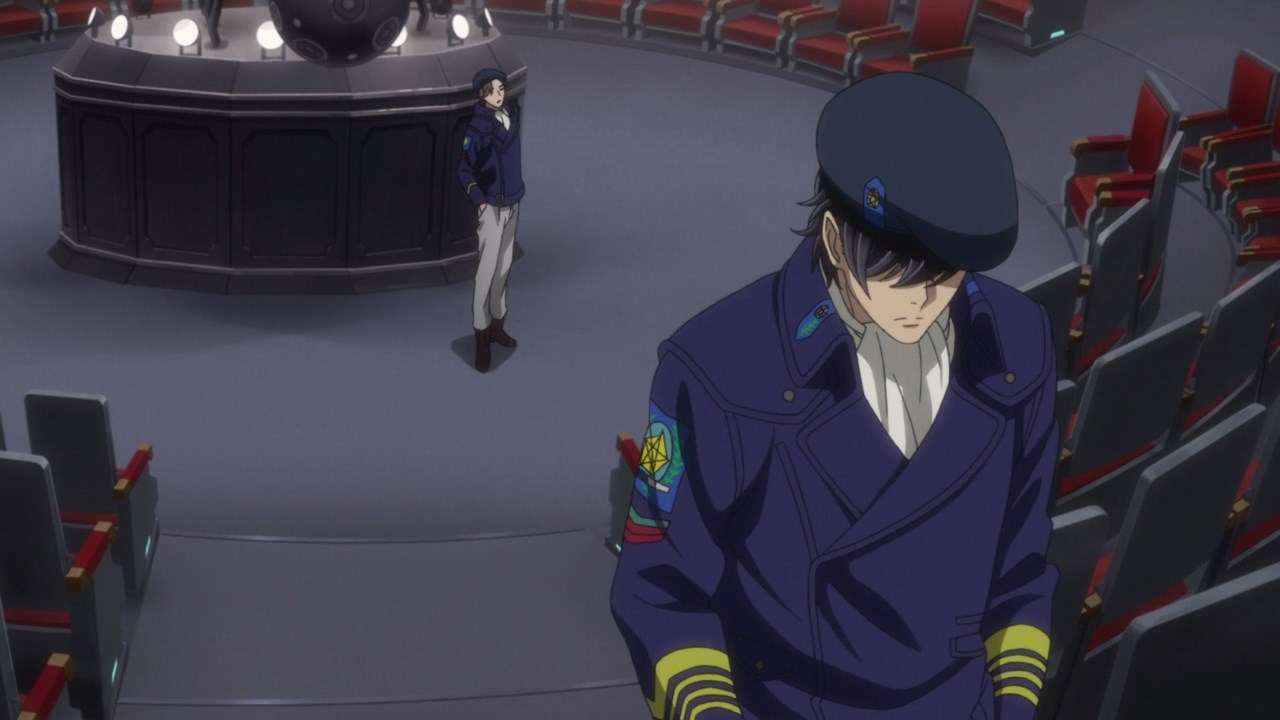 Anyways, it’s time for the Yang Fleet to crush the rebellion on the next episode as they’ll stop the military council.

One more thing, it appears that Chairman Job Trunicht went missing, which begs the question on what happened to him once Heinessen was taken over. You know what, I’ll find out next time!