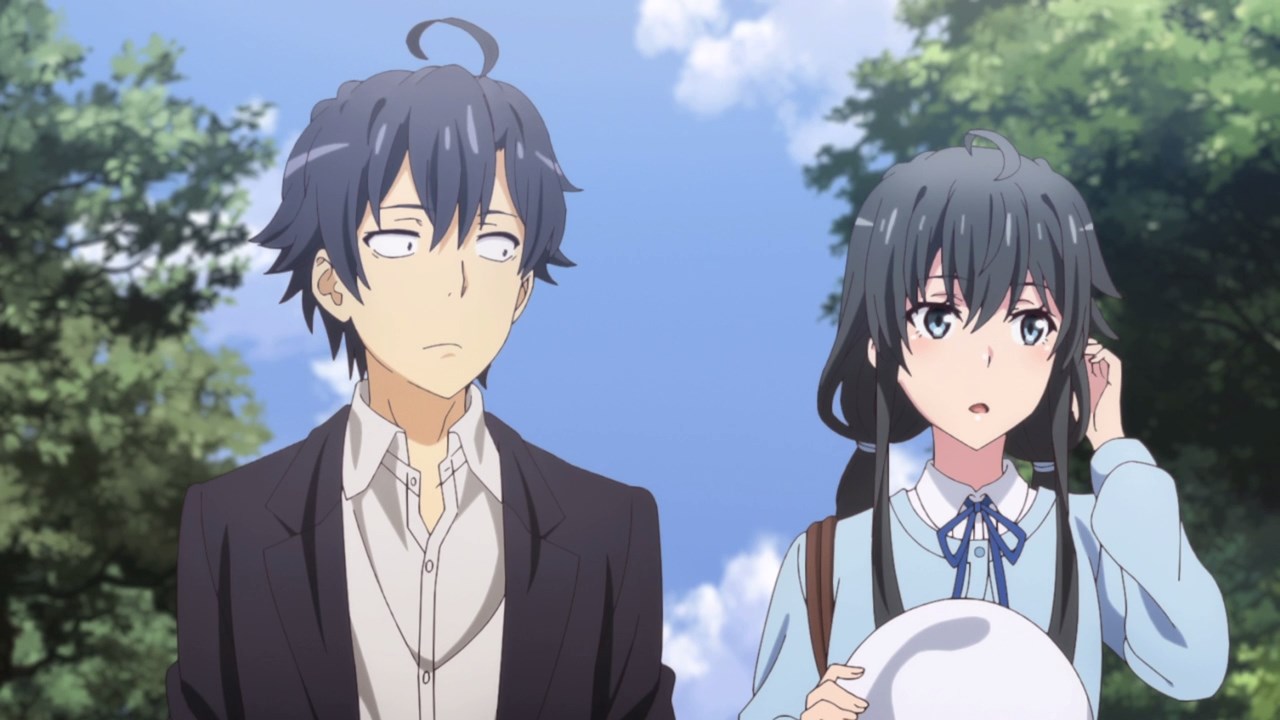 Oh my god, this is the final episode of OreGairu. Kan and man, both Hachiman Hikigaya and Yukino Yukinoshita walking together at the park is awkward, yet cute at the same time!

Of course, the reason why they’re here at Inage Seaside Park is to find a suitable venue for the next promenade. So yeah, they’re just doing reconnaissance rather than a date. 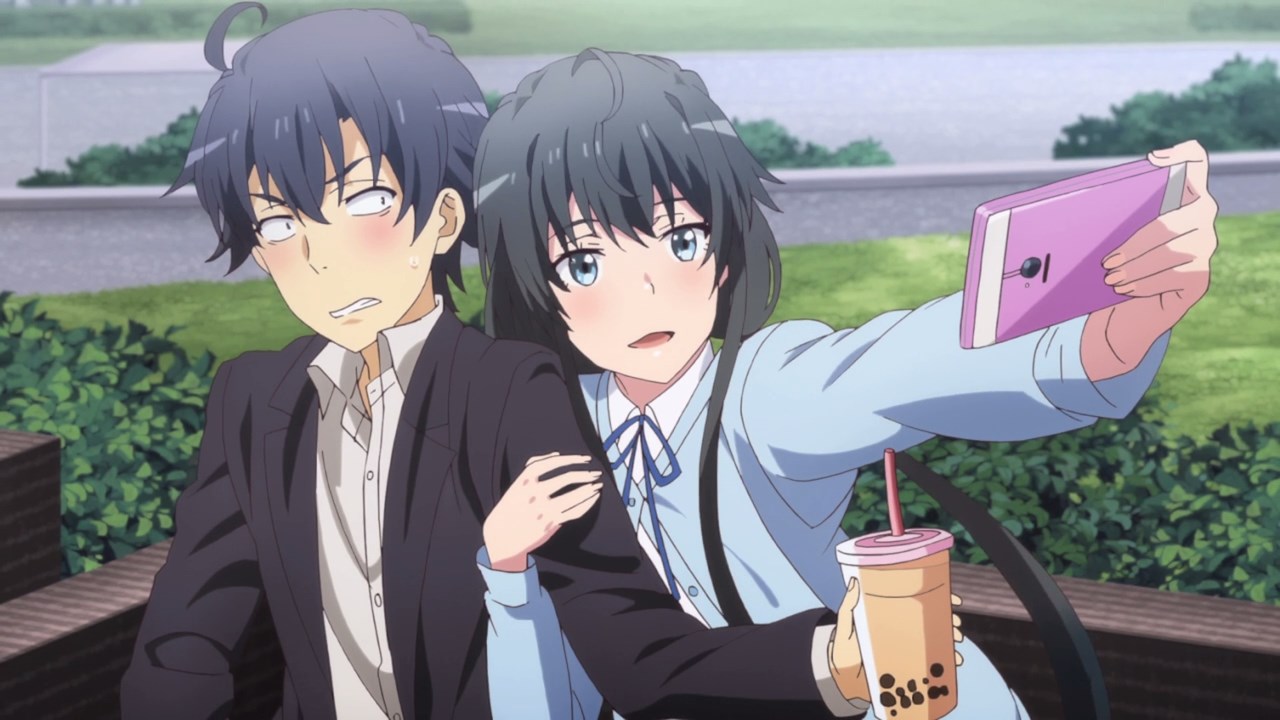 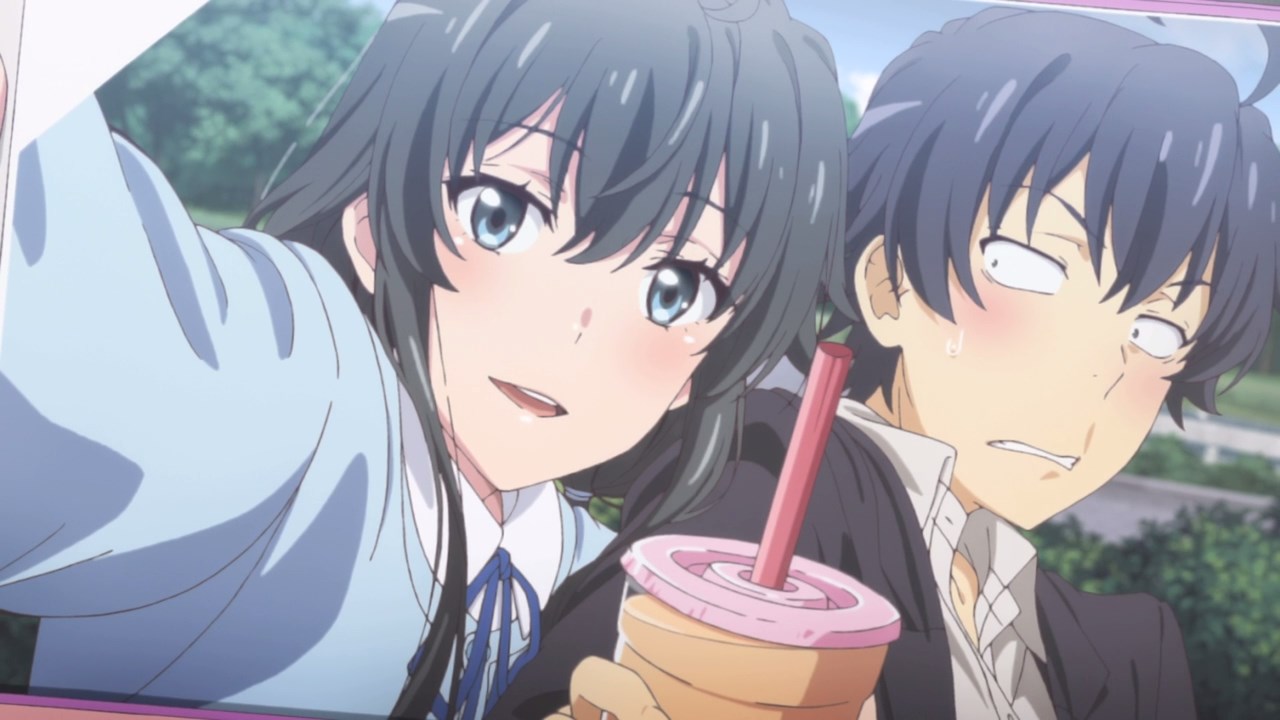 Then again, that doesn’t stop Hachiman and Yukinon from taking a selfie while drinking milk tea.

What a classy move there by Yukinoshita, although Hikigaya looked surprised there. Still, I hope he finished drinking his milk tea after scouting at Inage Seaside Park. 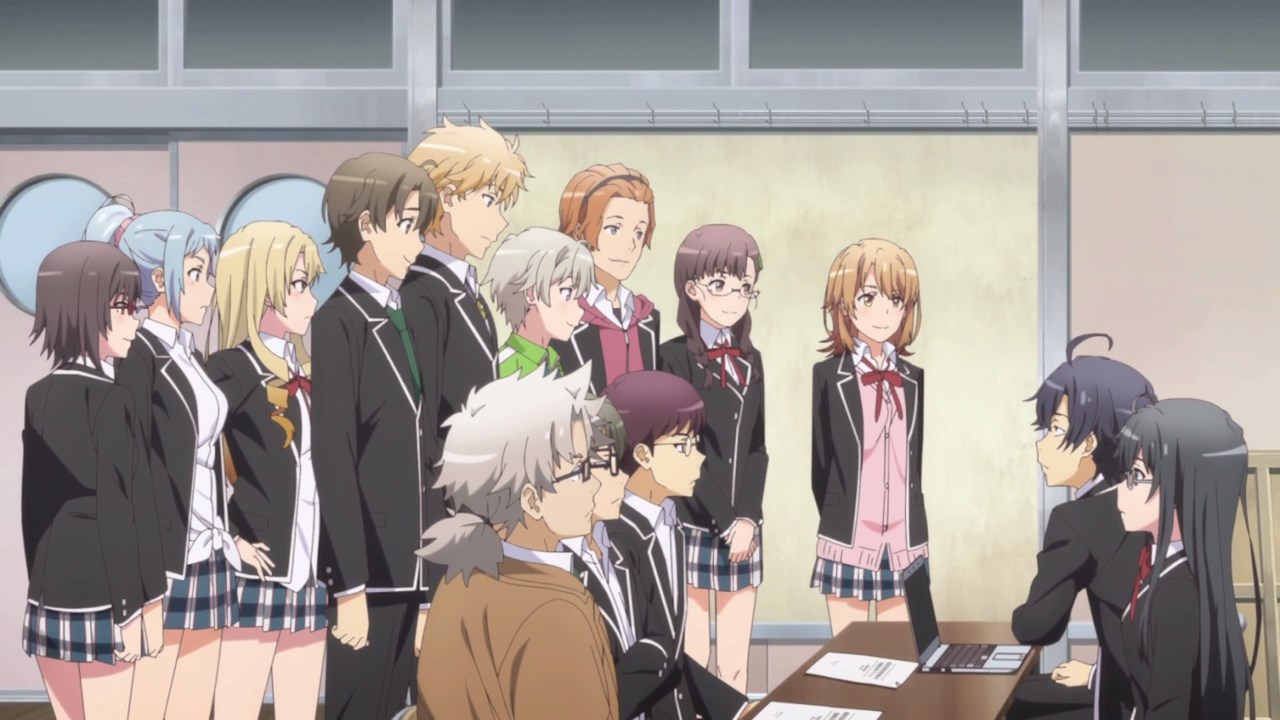 Now then, it’s time for Hachiman and Yukino to tackle the second prom night where they need lots of help, from Hayato Hayama’s clique to Yoshiteru Zaimokuza.

Wow, everyone is here for the finale, but something’s missing… Oh right, where’s Yui Yuigahama? 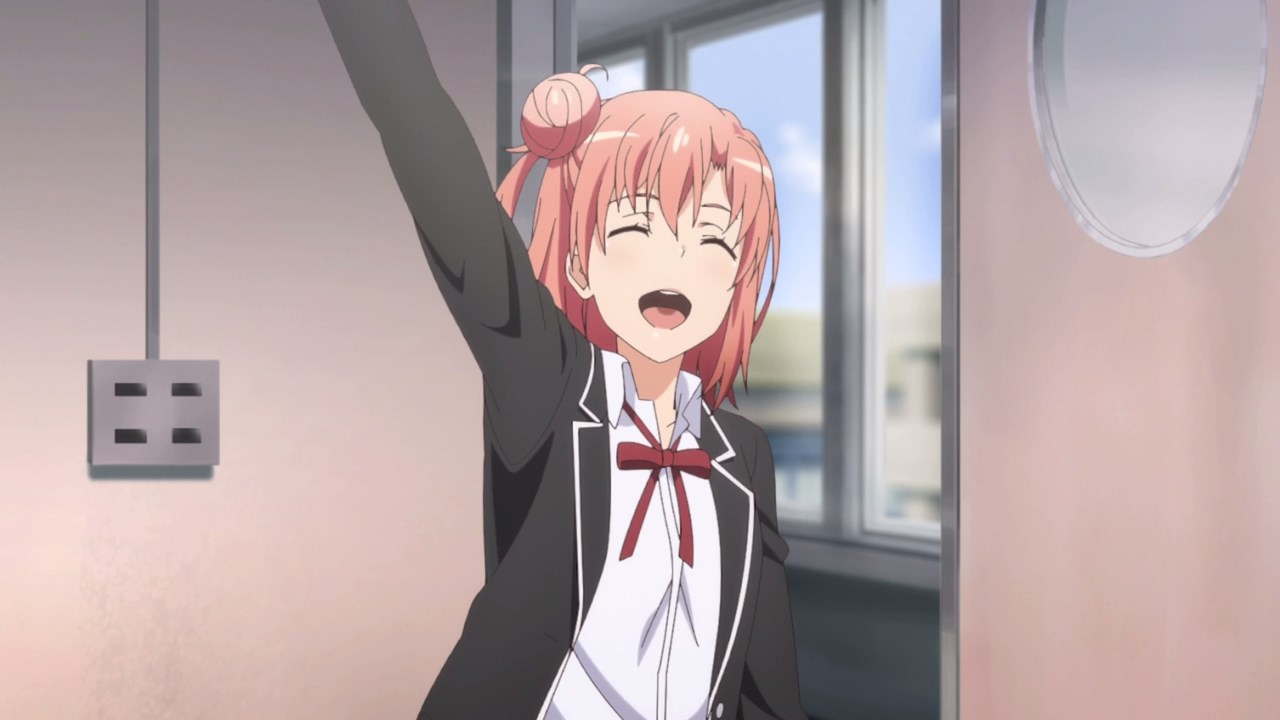 Okay, looks like Yui is here. Well then, let’s get this second prom night going but first, time for some rest and relaxation at a spa.

By the way, it seems that Kakeru Tobe asked Hachiman Hikigaya a serious question if he has romantic feelings for Yukino Yukinoshita. What a bold move there, Kakeru-kun!

Of course, Zaimokuza can’t believe that Hikigaya has a girlfriend. Um Yoshiteru, it’s not yet confirmed so hold your horses. 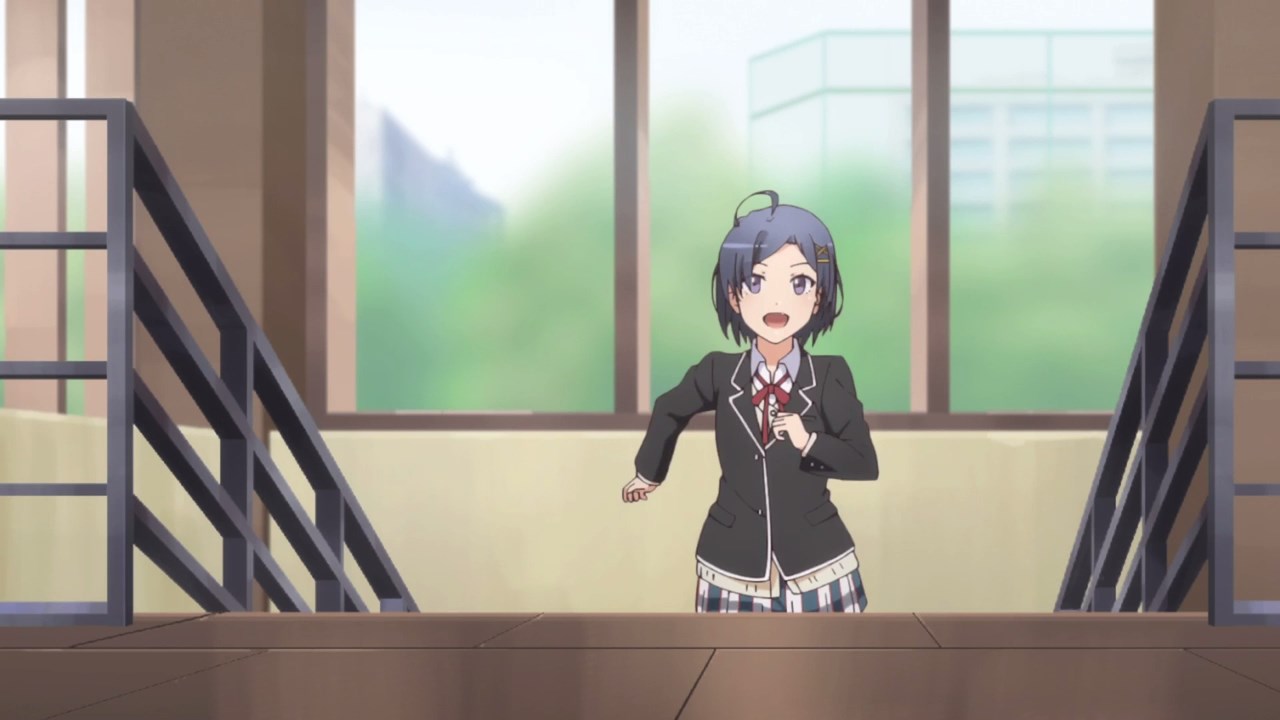 Now then, it’s time for the second promenade at Inage Seaside Park where everyone are setting up for the event. 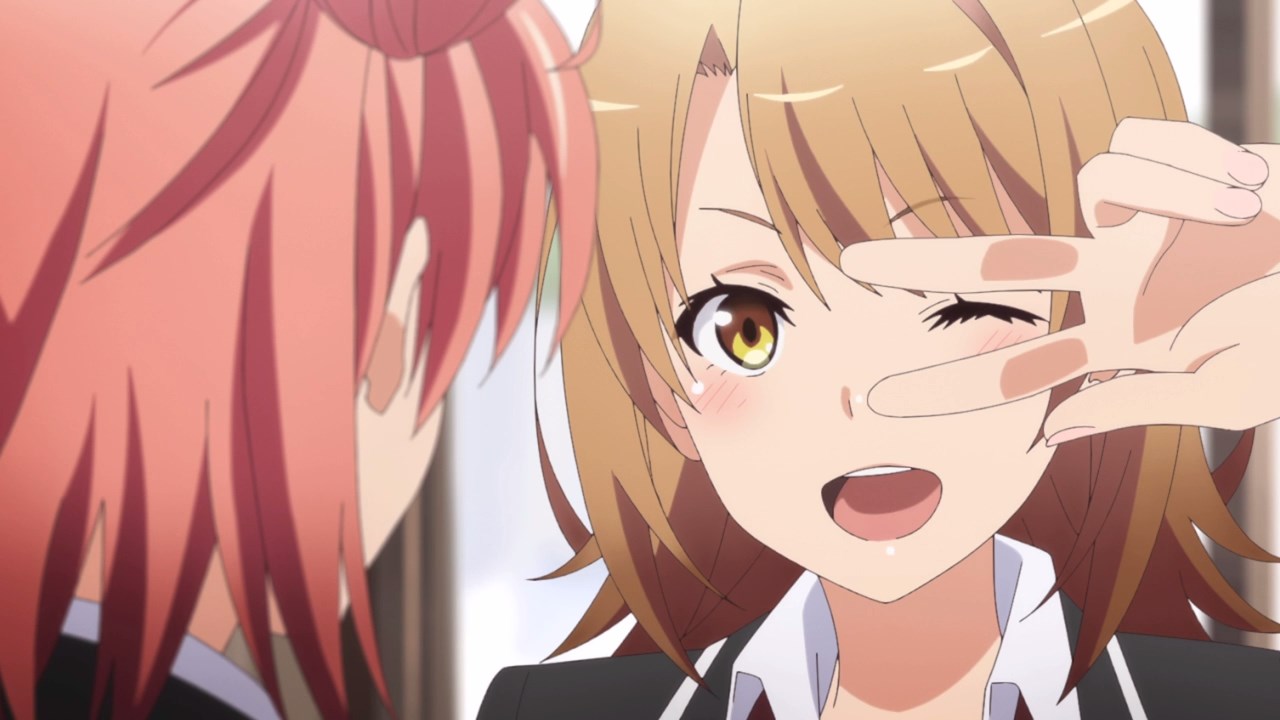 Also, here’s Iroha Isshiki where she suggested to Yui Yuigahama that she’ll continue to be the third wheel to Hachiman and Yukinon, even as far as stealing Hikky away.

Um Iroha-chan, that’s a bad idea and you know that it won’t end well for the three of them. 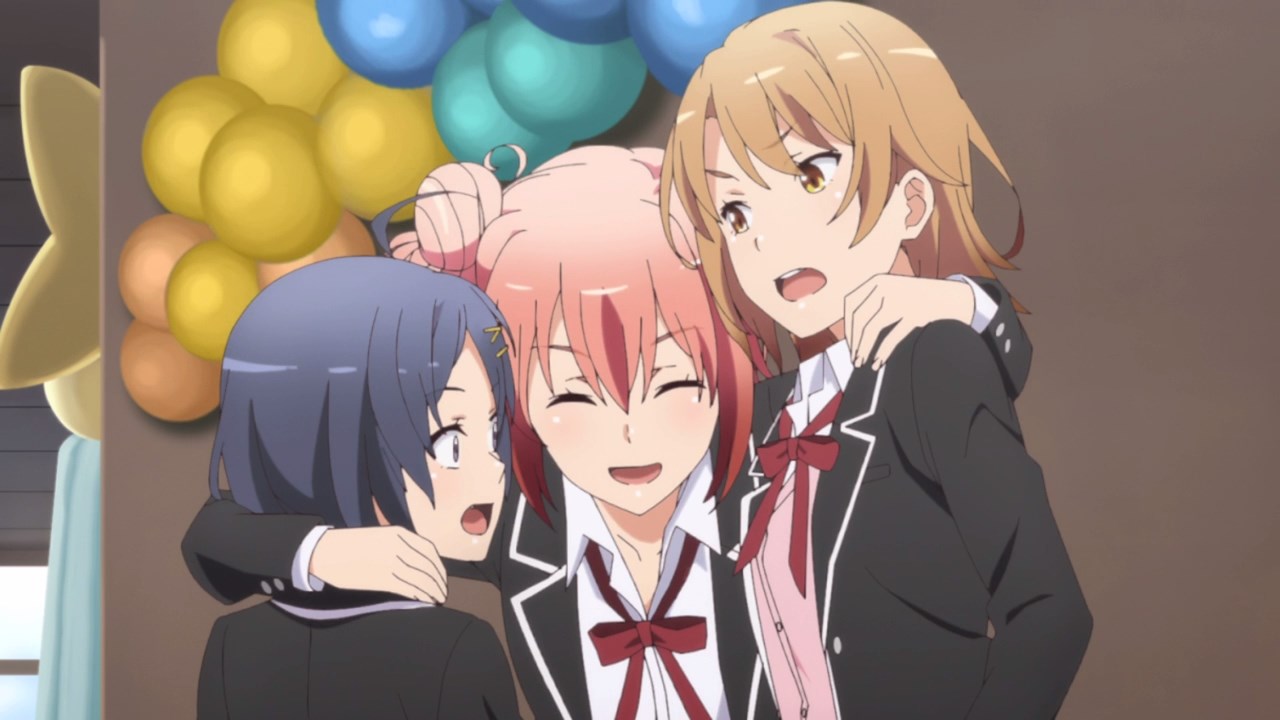 But speaking of Yuigahama, it seems that she doesn’t want to be a yandere as she’s already moved on. Sorry Isshiki, but she wants to remain friends with Hikky and Yukinon. 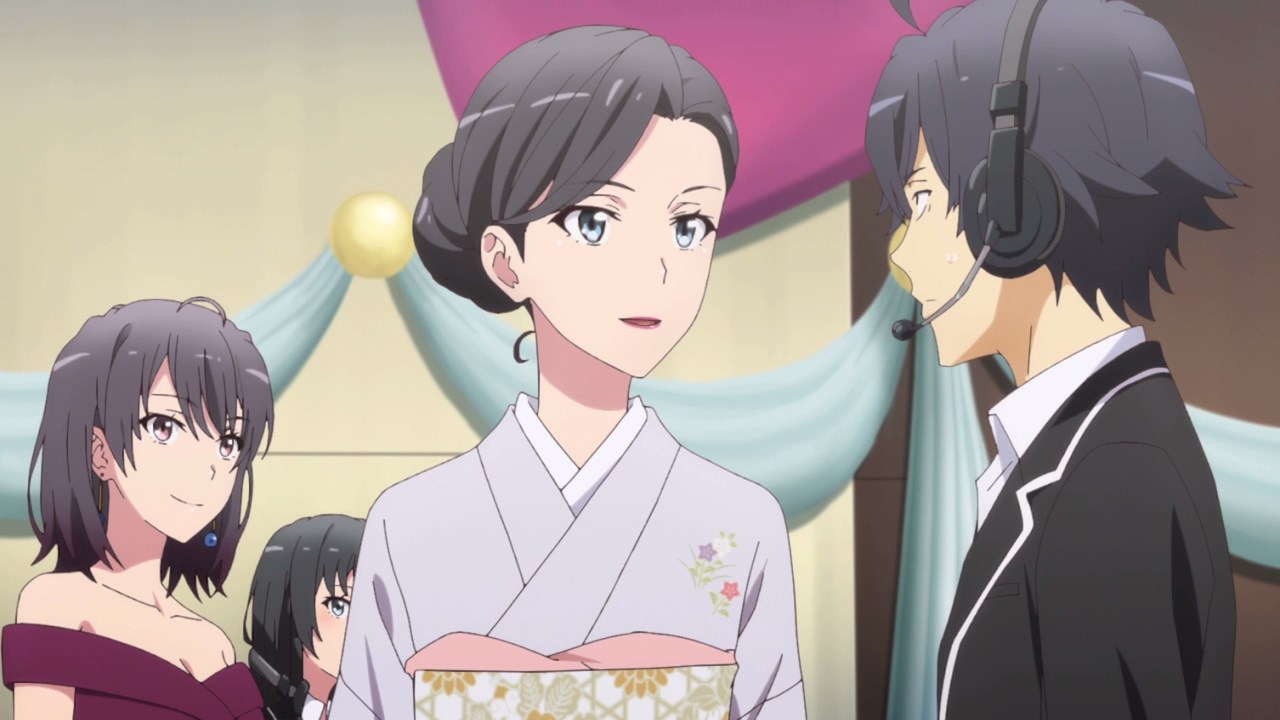 By the way, here’s Mrs. Yukinoshita where even though there will be some opposition from the PTA in regards to hosting a promenade outside the school premises, she wants Hikigaya to take care of her daughter.

Wait a minute, don’t tell me that Yukino’s mother accepted Hachiman as the right man who can date her daughter? Then again, it’s not yet confirmed. 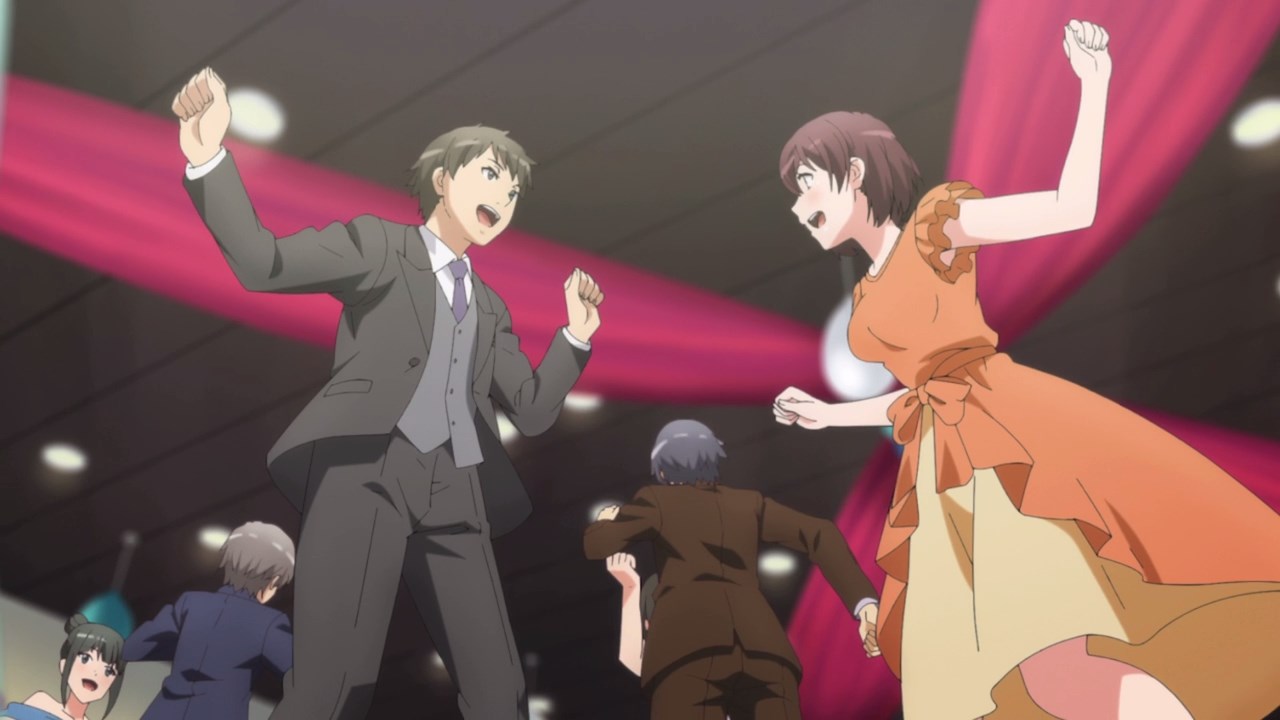 Anyways, the promenade went well without any incidents. And seriously, the really step up their game as it’s better than the first event. 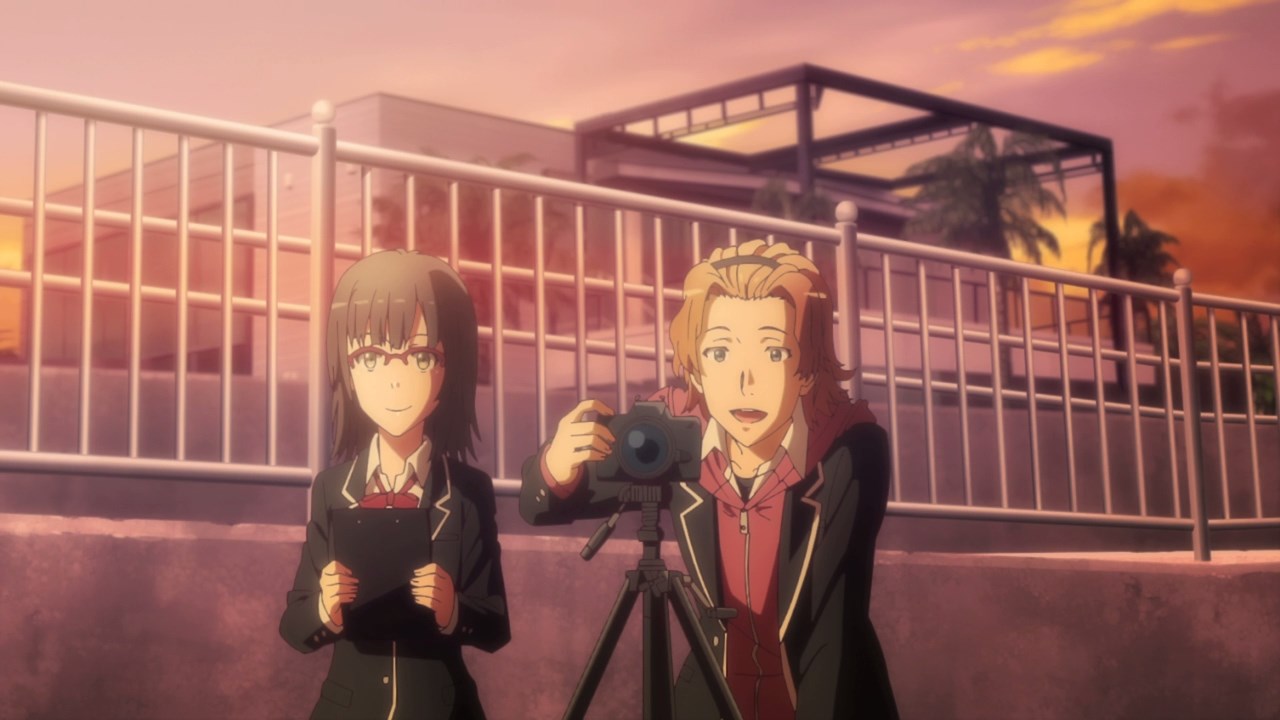 Oh yeah, let’s not forget that the students of Soubu High School wants to make some lasting memories as Hina Ebina and Kakeru Tobe will take pictures of the attendees. 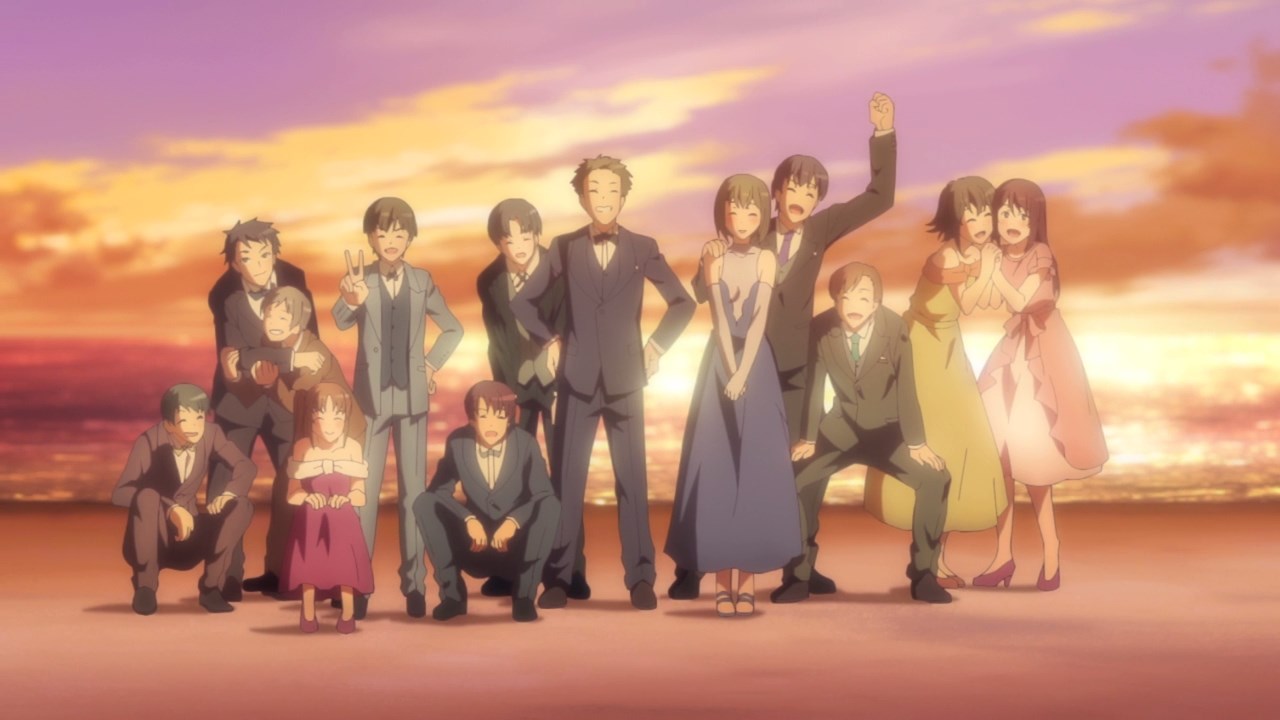 With that said, it was a great prom night at Inage Seaside Park. Let’s hope that they’ll do it again once the students and the PTA reached a mutual understanding. 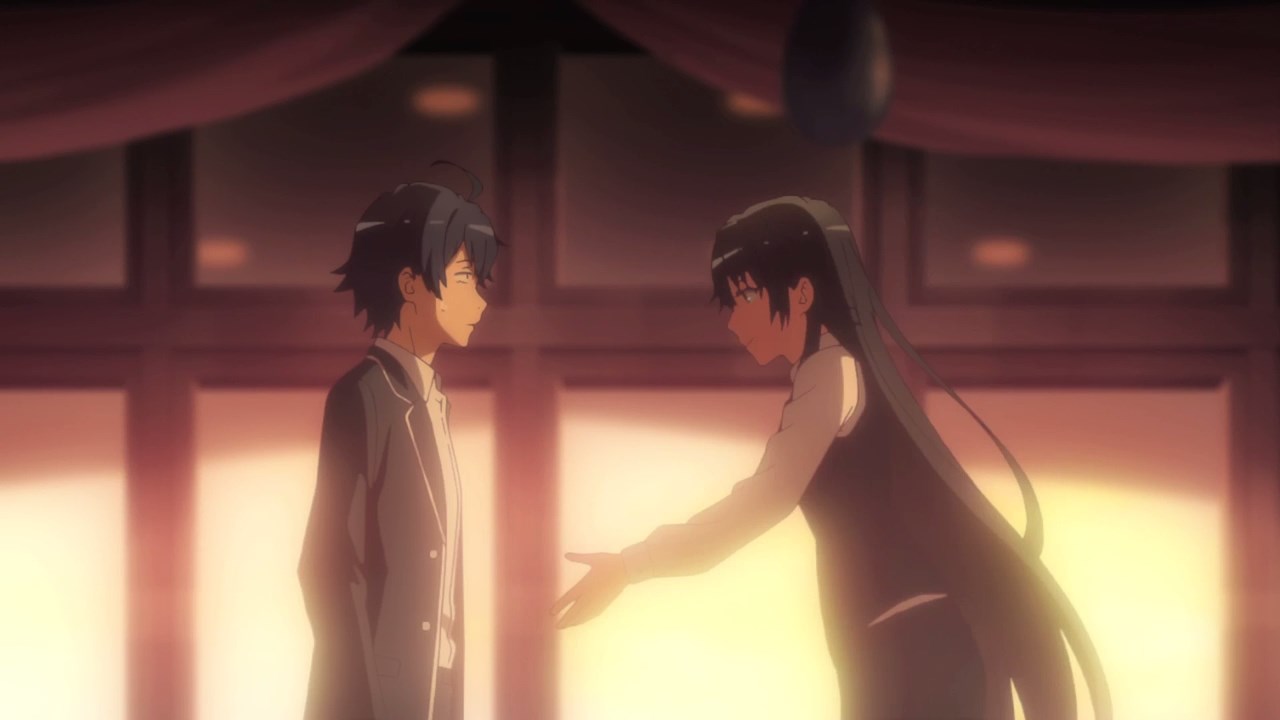 Of course, it’s not yet over because there’s one person who wants to save her last dance as Shizuka Hiratsuka is here to lend a hand to Hachiman Hikigaya.

C’mon, she’s gonna leave Soubu High School soon so she wants to dance with Hachiman for the first and last time. 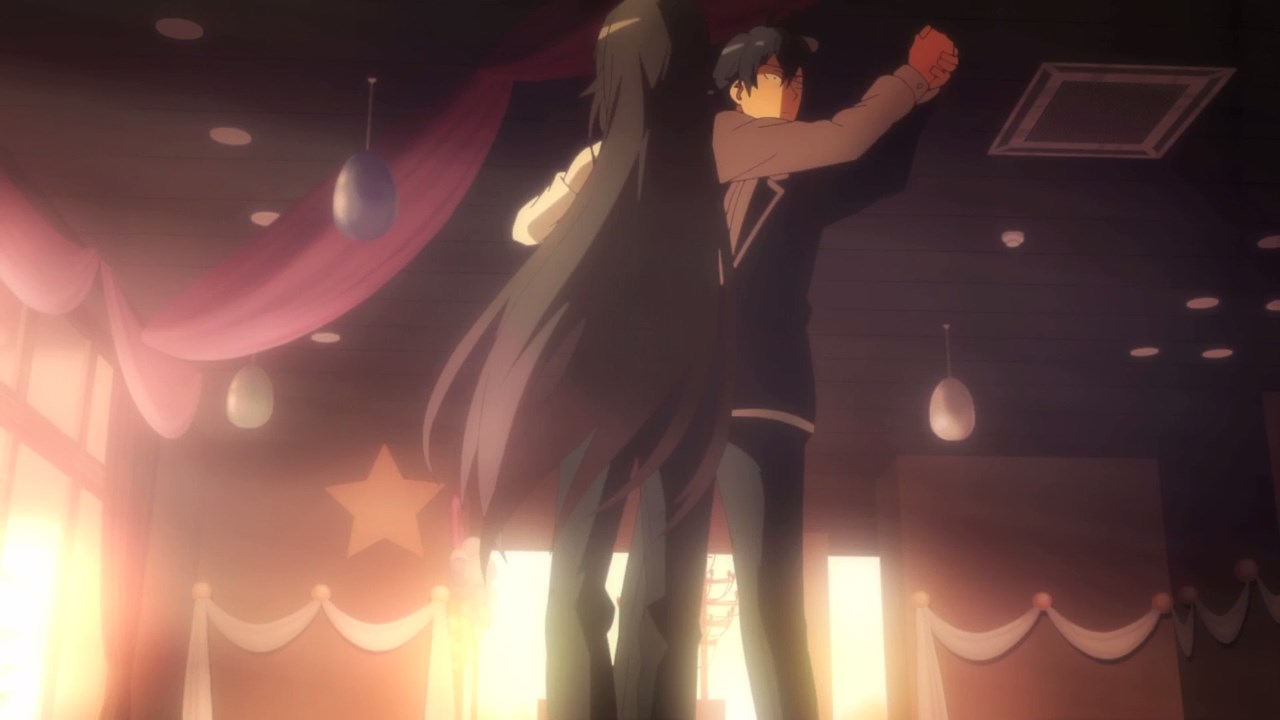 Then again, Hiratsuka-sensei is not a good dancer, but that’s okay ’cause she’s gonna spend her fleeting moments with Hikigaya until she tripped or something. Man, I’m gonna miss her! 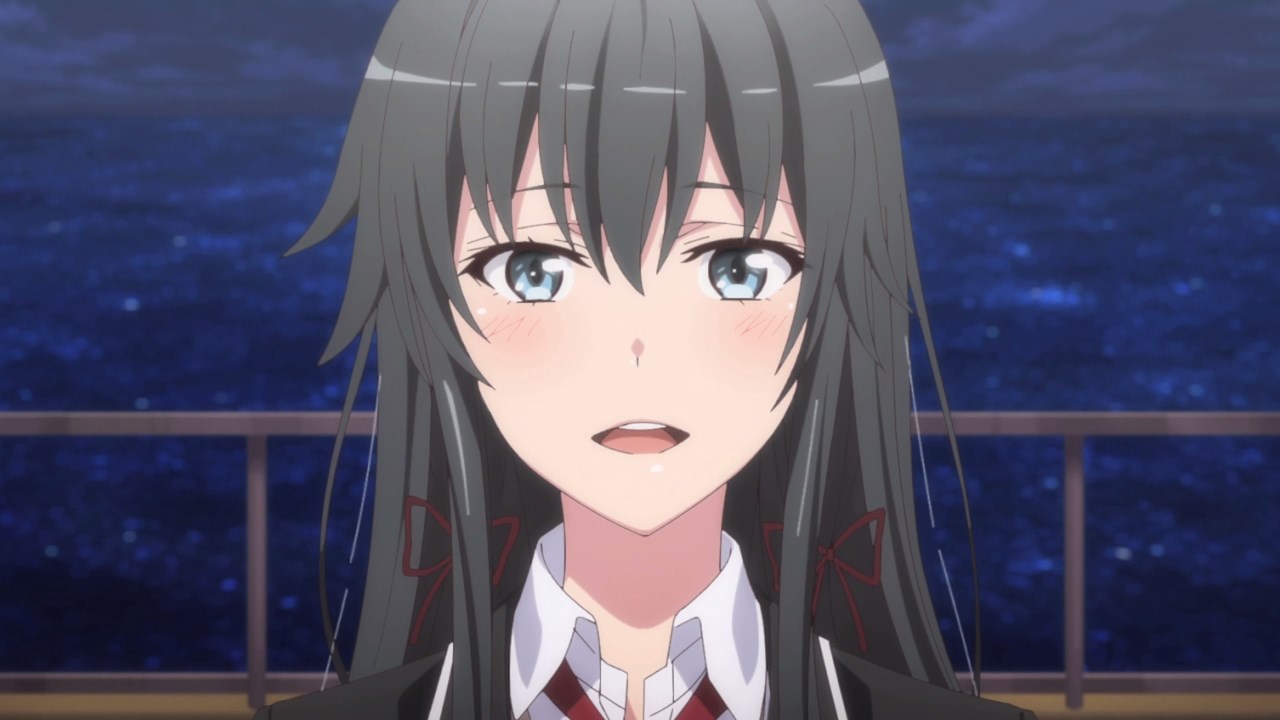 One last thing, looks like Yukino Yukinoshita said “I love you!” to Hachiman Hikigaya. Oh, and she didn’t mince her words with this confession. 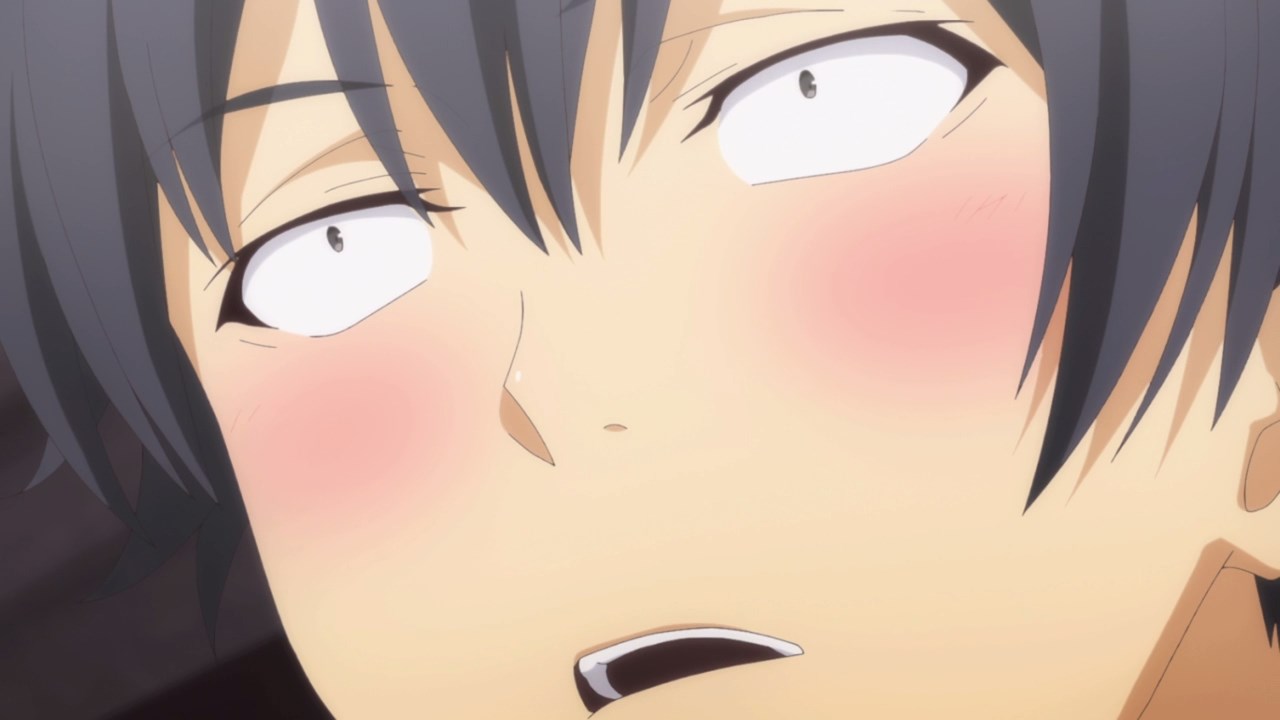 Well, it’s official that they’ve become a couple and man, she really responded his feelings from the previous episode. Damn, what a genuine ending for OreGairu! 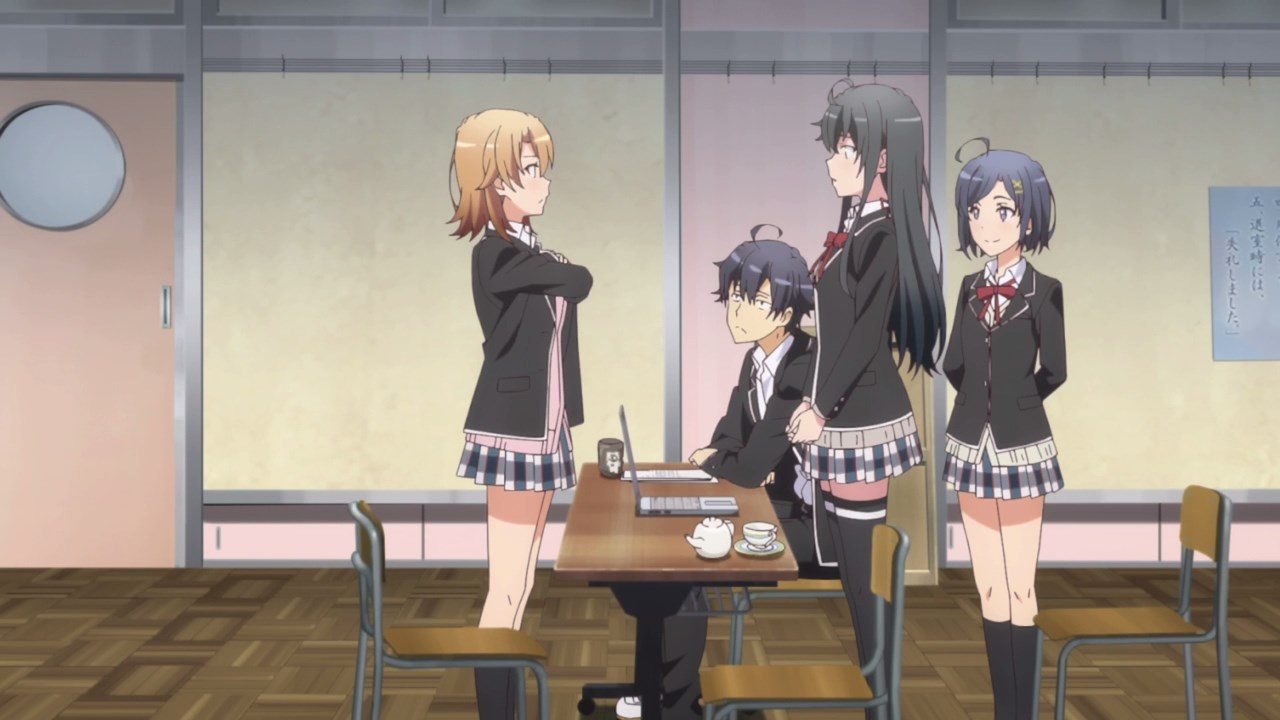 Of course, they need to spend one last school year in Soubu High School as they become 3rd year students. Oh and Iroha Isshiki has some good news for them… 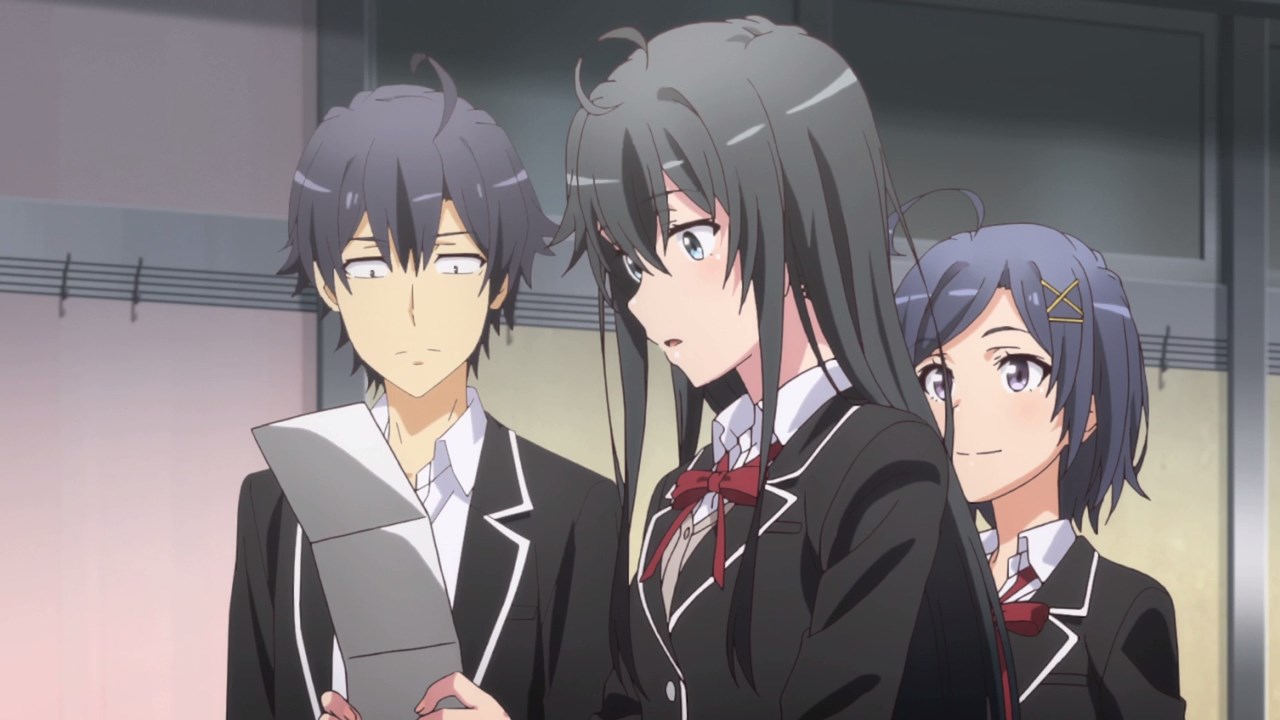 You see, the Service Club is reinstated, meaning that both Hachiman Hikigaya and Yukino Yukinoshita will have to help others once again.

Yeah, it seems that the club will stay forever but you know something, I wonder if those stickers are kept in the clubroom? 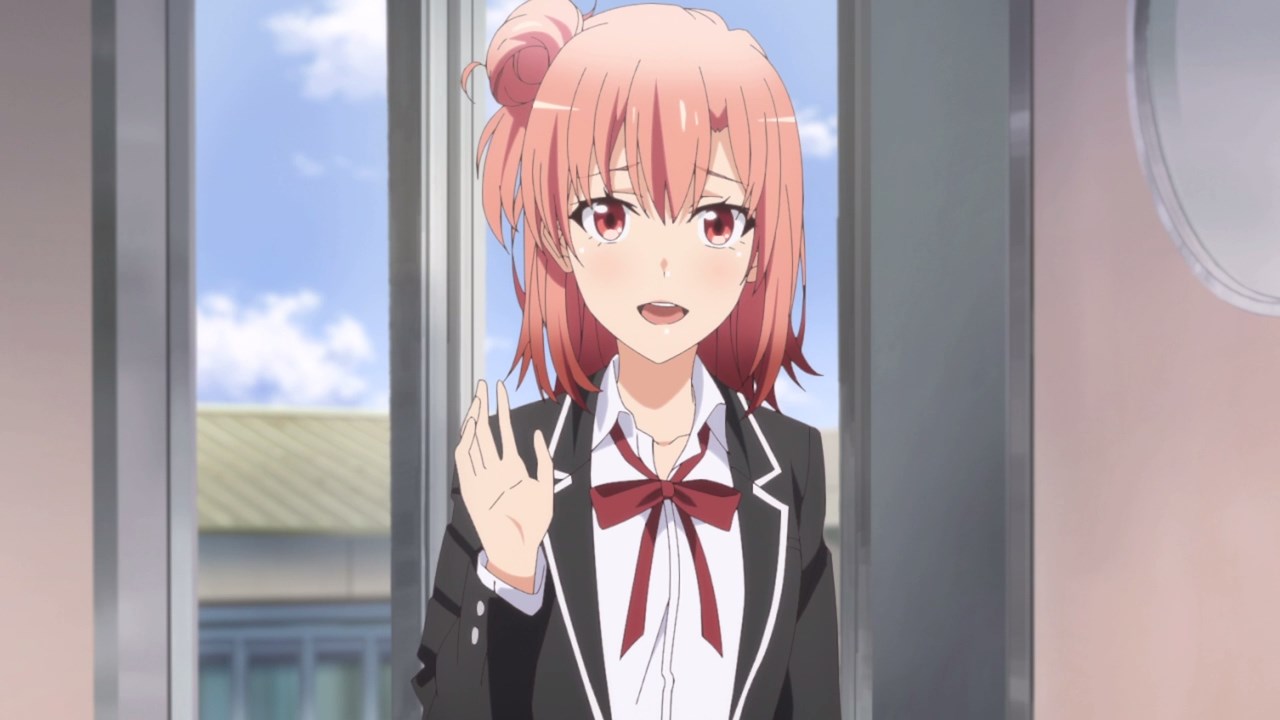 One last thing, here’s Yui Yuigahama as she wants to ask the Service Club for help. Man, some things will never change in OreGairu and I must say that we’ve really reached the end of the road. 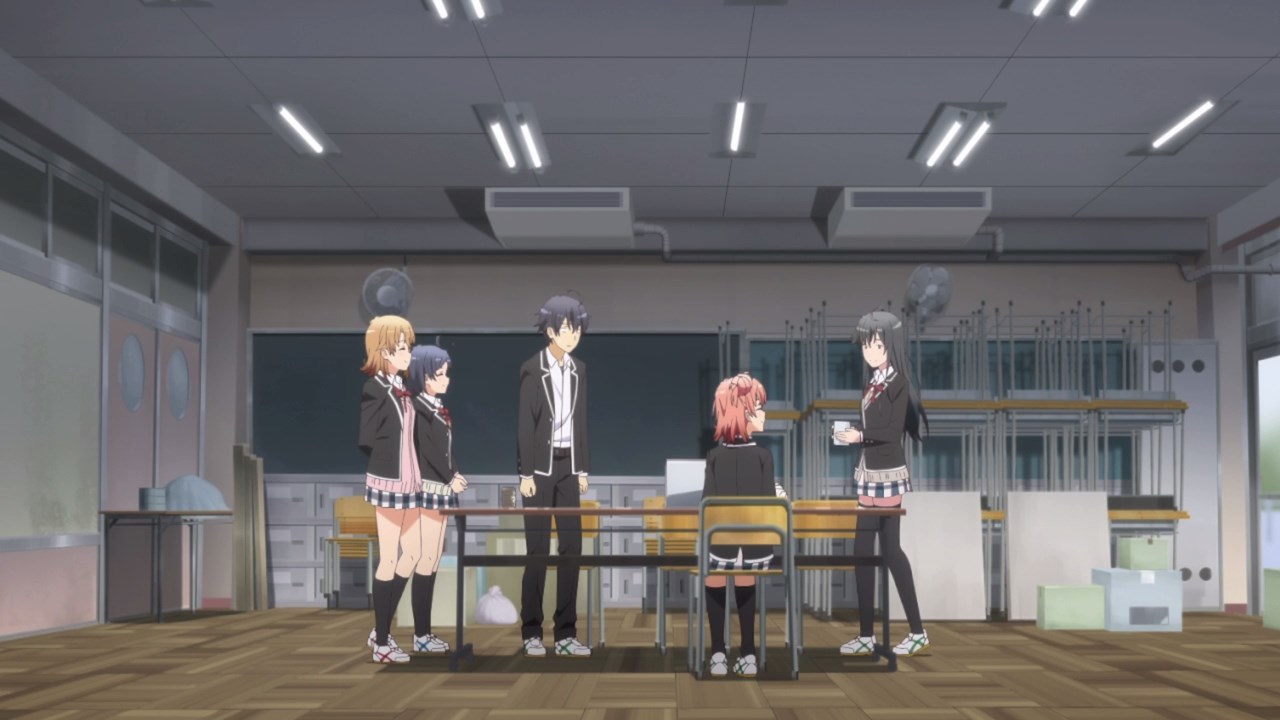 Well then, I’m really happy that OreGairu. Kan has finally released. And really, what started out as some sort of a clone to Haganai has transformed into something that’s unique in a span of 7 years.

While there some plans to make a sequel, I’m truly satisfied with the ending where the main trio remained friends, although let’s not forget that both Hachiman and Yukino have become an official couple. Anyways, time to say goodbye to the Service Club!