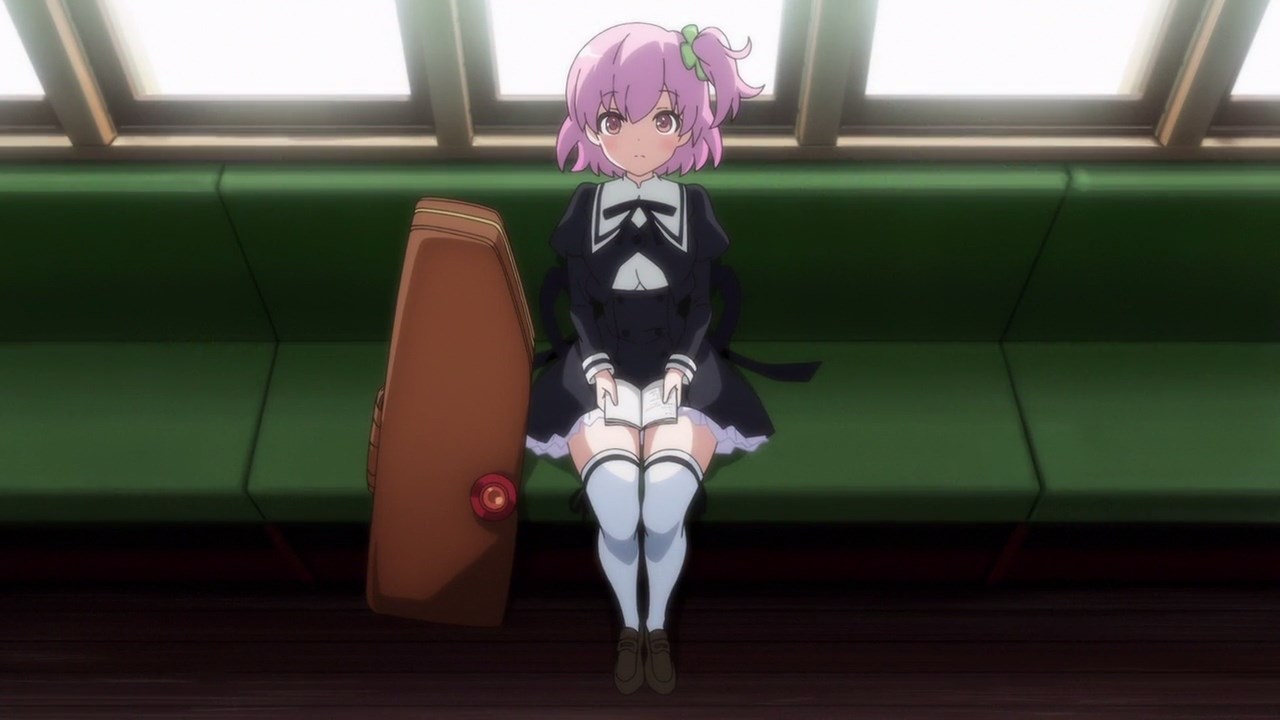 Alright everyone, let’s talk about this new anime series by Studio SHAFT where it’s based on AZONE’s line of 1/12 scale dress-up dolls where they not only looked pretty, but also wielding weapons to fight monsters from another dimension called HUGE. Oh right, I forgot to mention that Bushiroad is involved in Assault Lily where they created stage plays, light novels, this anime, and an upcoming mobile phone game.

Now then, I would like to say that it has some Madoka Magica vibes on this show, except that Akiyuki Shinbo is not the director but rather Shouji Saeki. Anyways, this is Riri Hitotsuyanagi where she’s enrolled to a military academy in order to become a Lily. Coincidence? I think not! 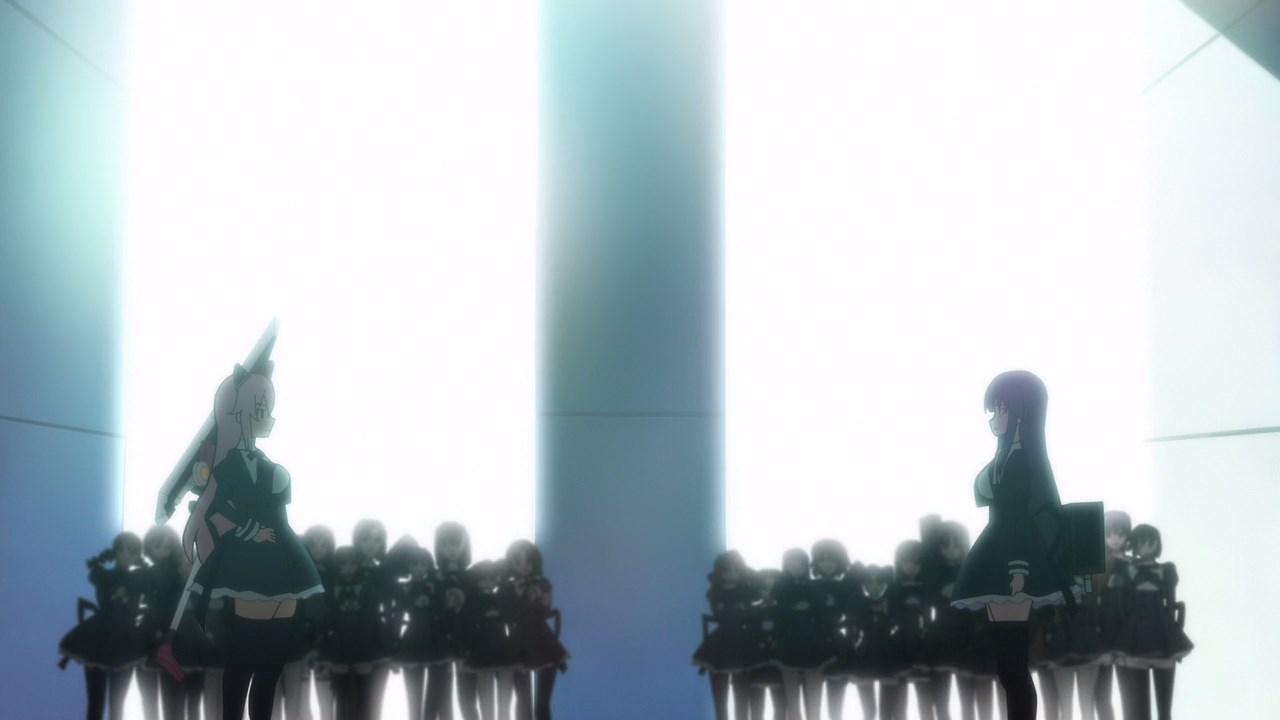 Oh yeah, and Riri’s first day in Yurigaoka Girls’ Academy involves two Lilies named Araya Endou and Yuyu Shirai who are having a duel at the campus.

Um girls, I know that you’re gonna test your CHARMs to see if it’s effective against the HUGE, but calm down y’all! 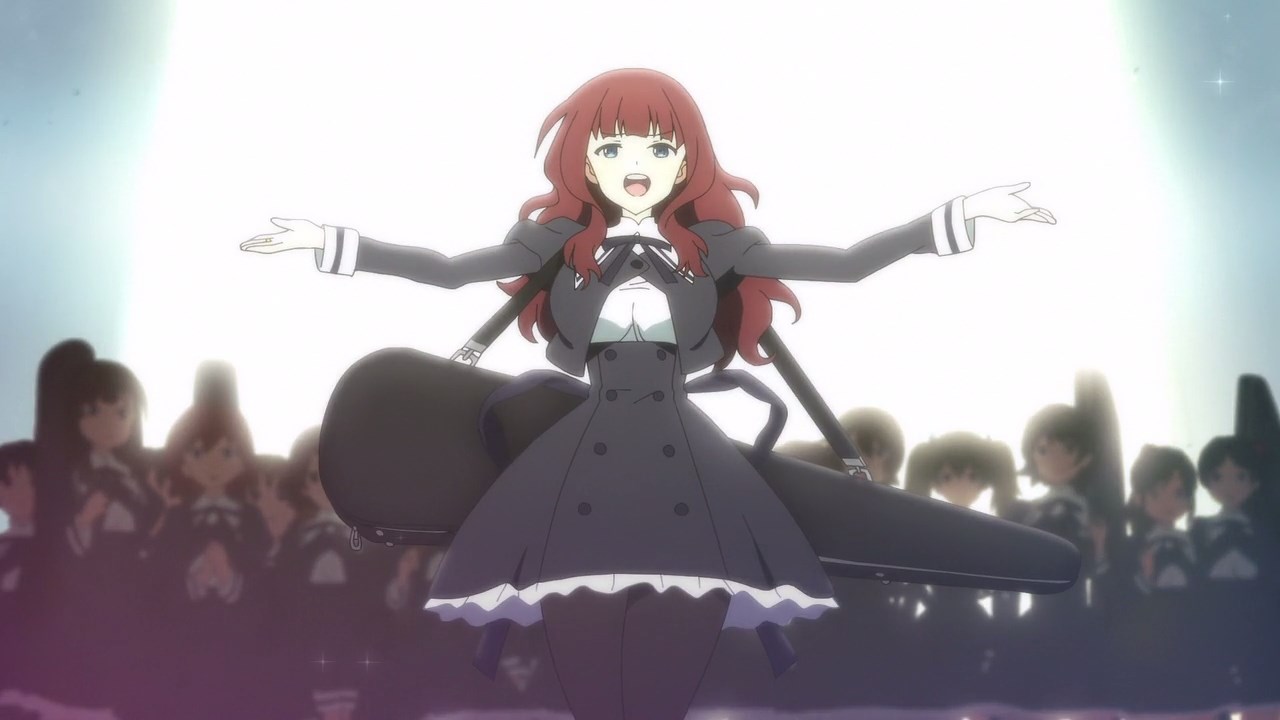 Fortunately, both girls didn’t fight as Kaede Johan Nouvelle interfered their duel. Gotta restore some order inside Yurigaoka Girls’ Academy after all.

However, she’s not here to stop the fight as Kaede wants to make Yuyu as her guardian or Schutzengel. Not surprised to have gratuitous German inside this yuri/action anime. 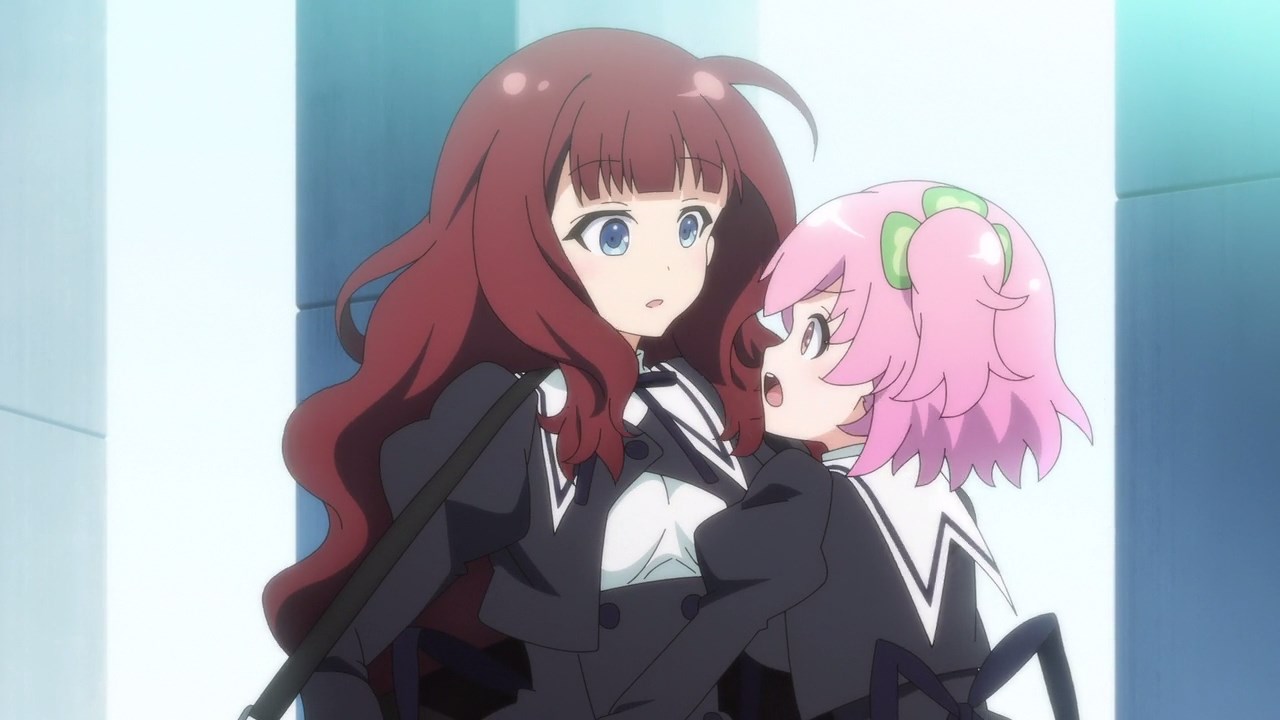 But just as she’s about to make a contract with Shirai, Riri Hitotsuyanagi stepped in ’cause she recognize Yuyu as the Lily who rescued her 2 years ago. Of course, that was a long time ago and she might not recognize Riri very much.

Still, what a crazy day in the military academy but we’re not done yet! 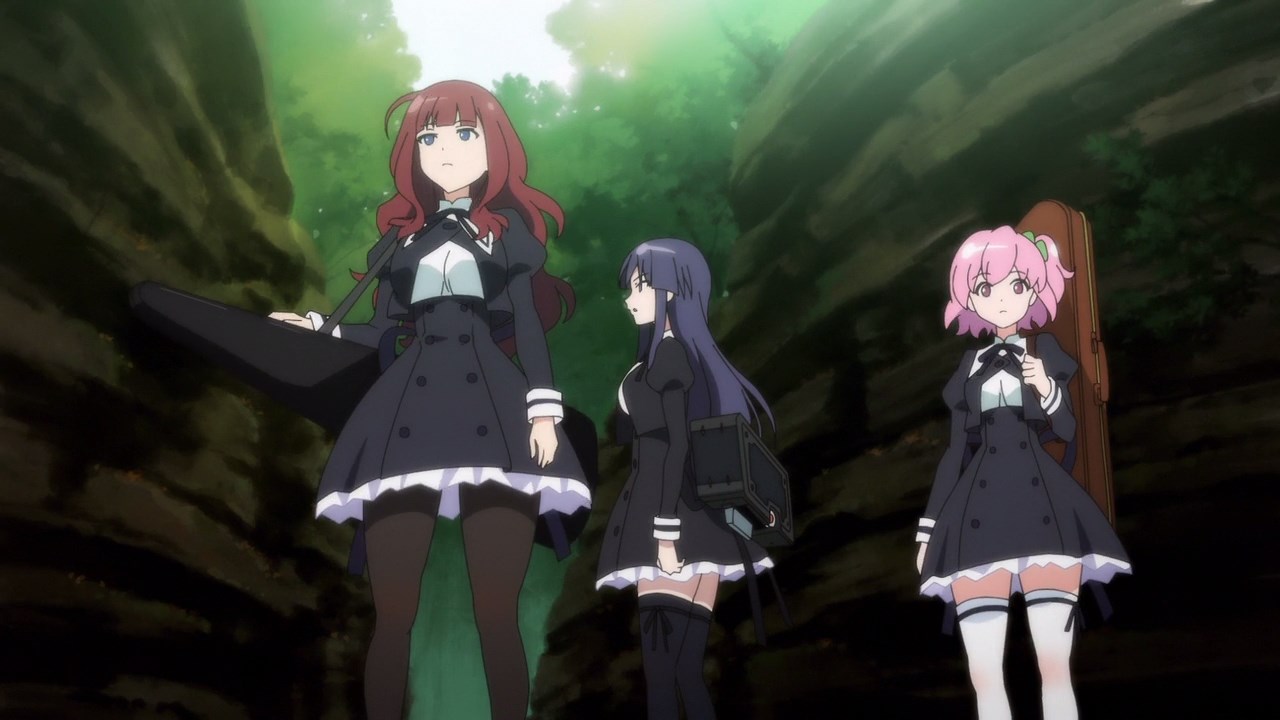 That’s because they’re gonna hunt a wild HUGE who got out from its cage. You know something, it’s bad to keep the HUGE as a pet or a guinea pig inside the academy. 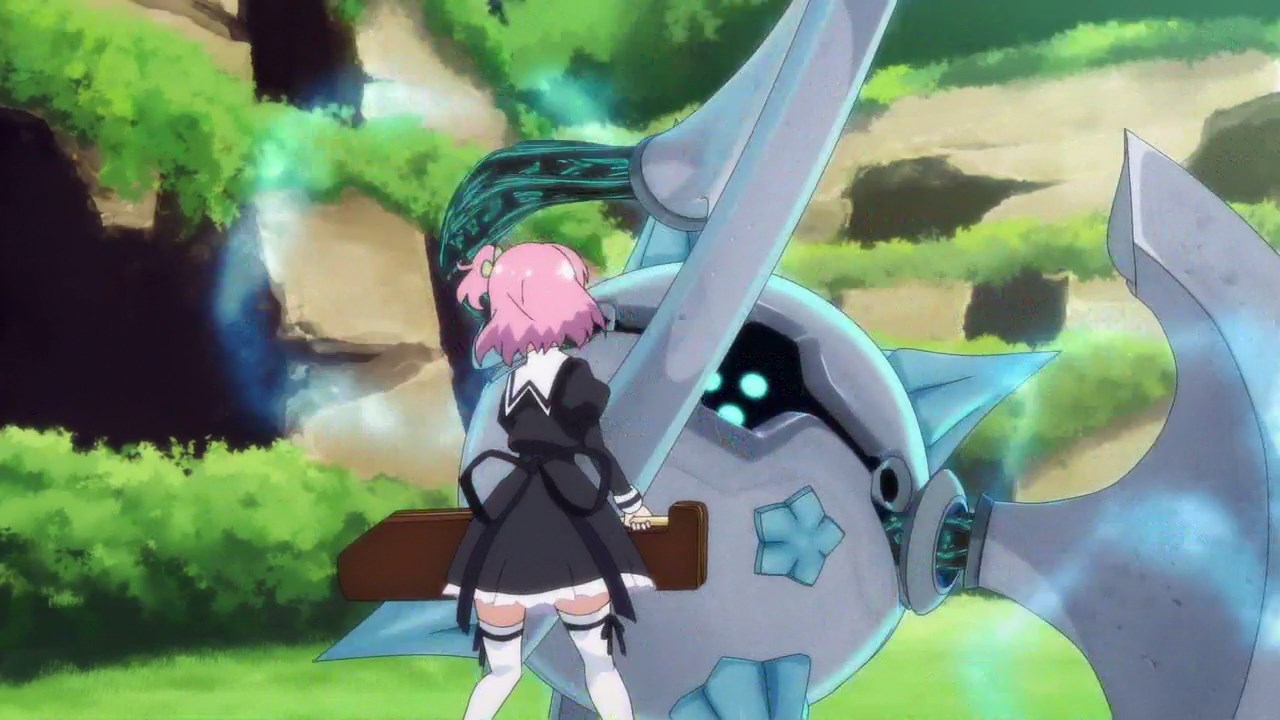 Fortunately, they manage to find the wild HUGE, but Riri can’t use her CHARM against the HUGE so she’s gonna get killed on her first day of school. 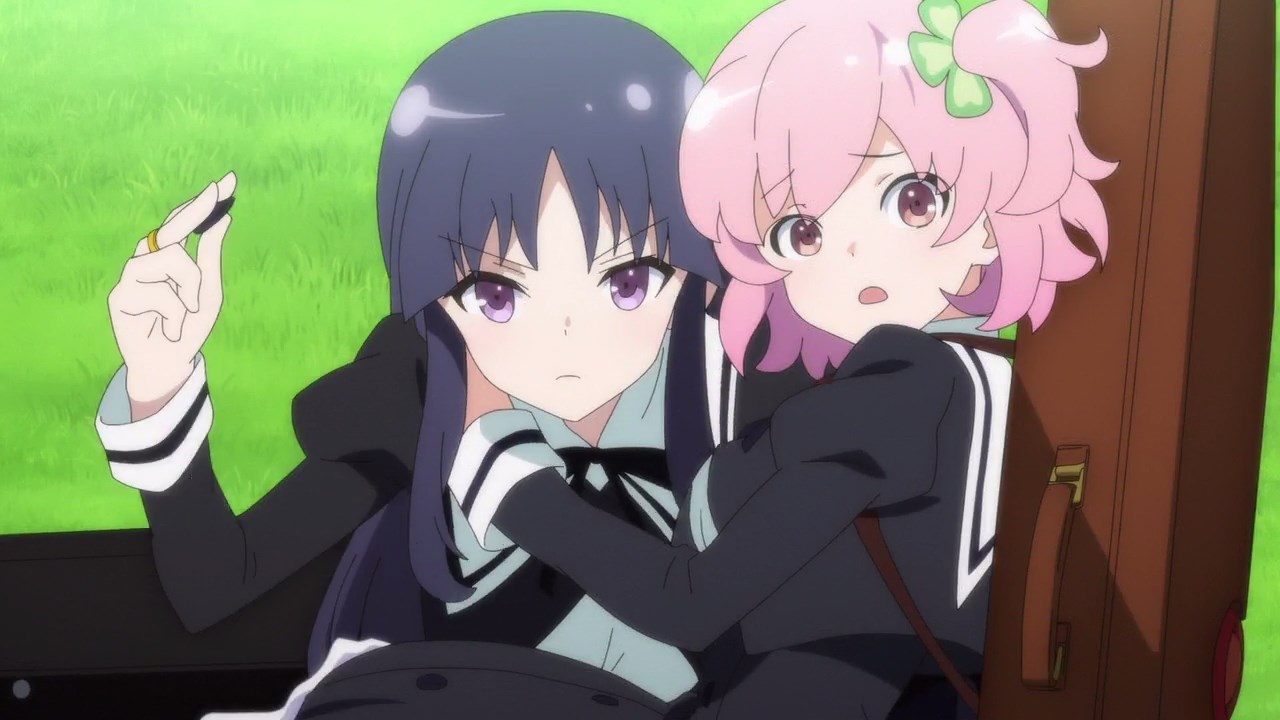 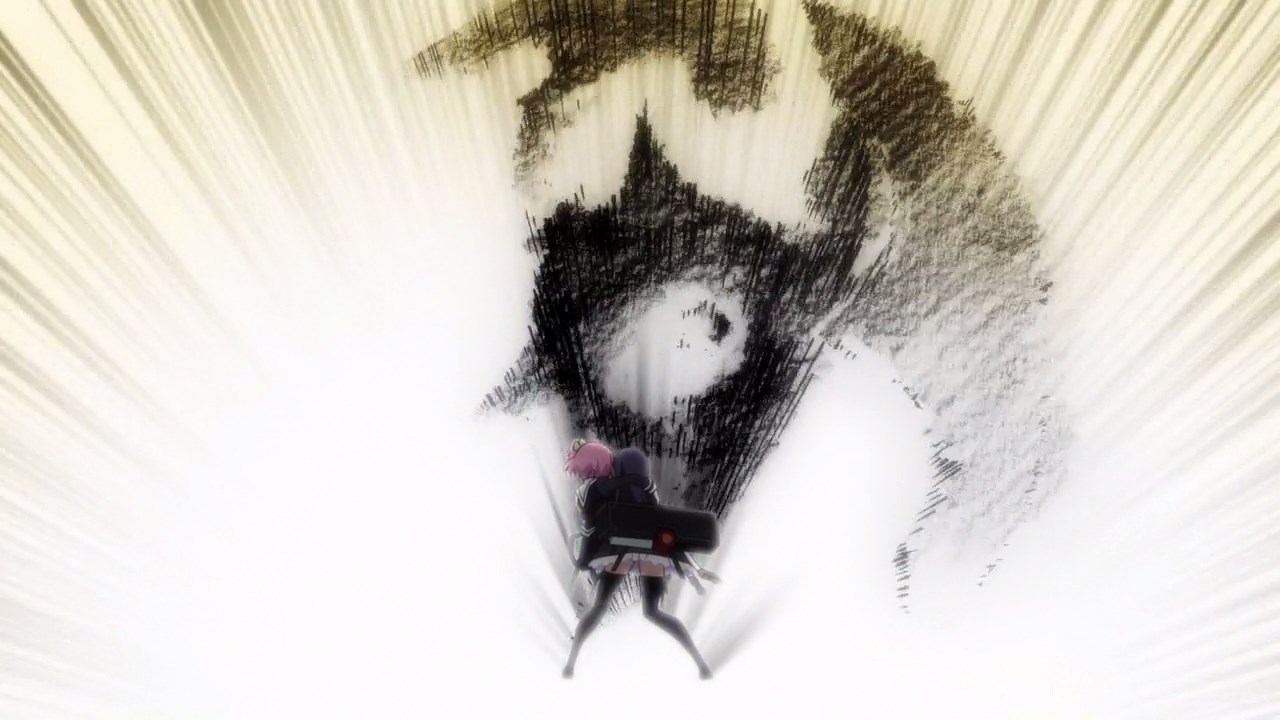 …and turn into a flashbang grenade to stun the HUGE and run away. Wait a minute, does Lilies can manifest objects into weapons by touching it, or just that it’s exclusive to Shirai? 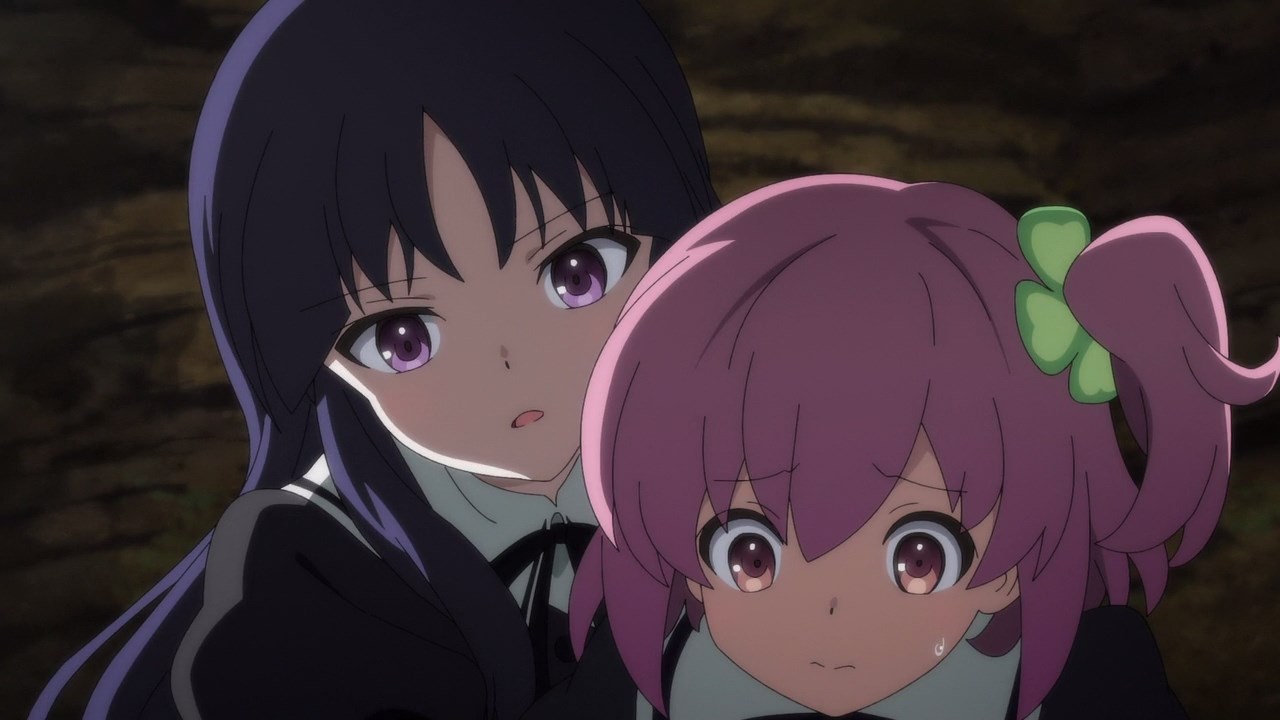 Anyways, it’s time to resolve Hitotsuyanagi’s issue when it comes to using her CHARM as Yuyu pointed out that she needs to activate it via a ritual. 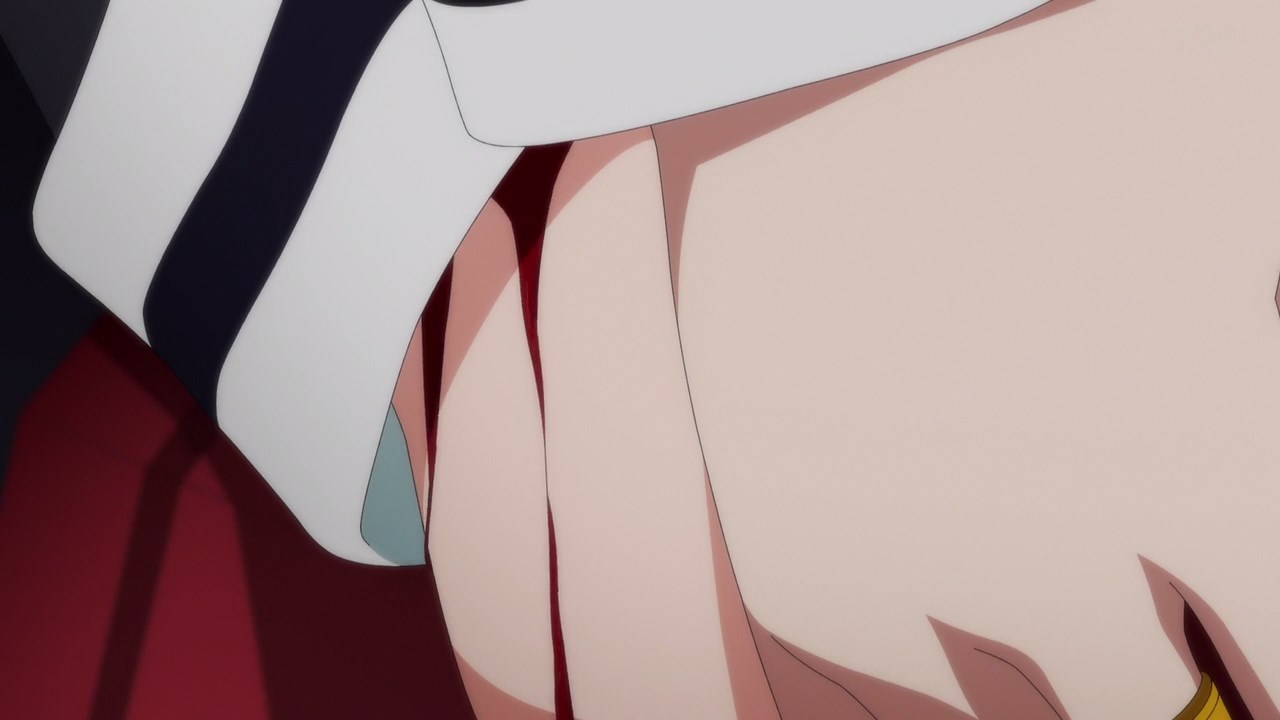 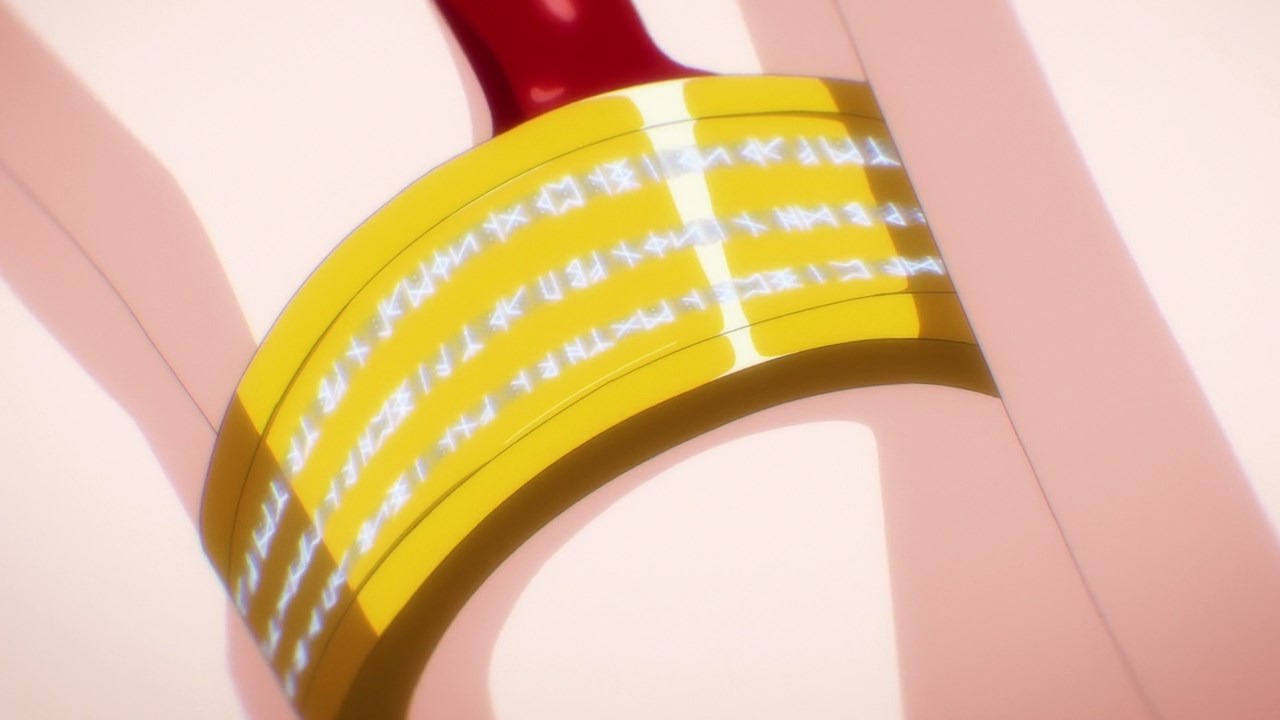 And the only way to do that is via a blood pact as Riri’s blood flows from her cut wound to her ring that would activate her CHARM.

You know something, seeing Riri being close to Yuyu oozes some yuri levels up to eleven, especially the part where Hitotsuyanagi made a blood pact to her CHARM. 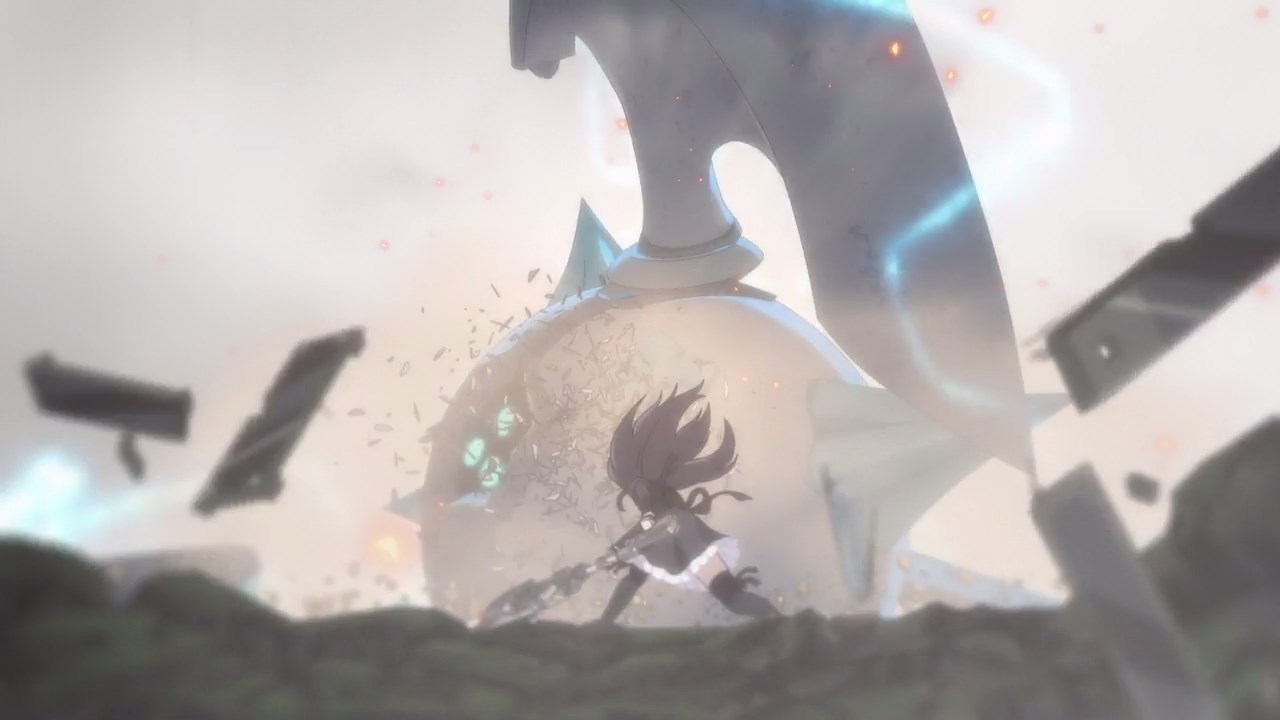 Of course, they still need to stop the wild HUGE from going to the city and kill innocent people as Yuyu Shirai takes the lead on suppressing it, although it’ll take a while to bring it down. 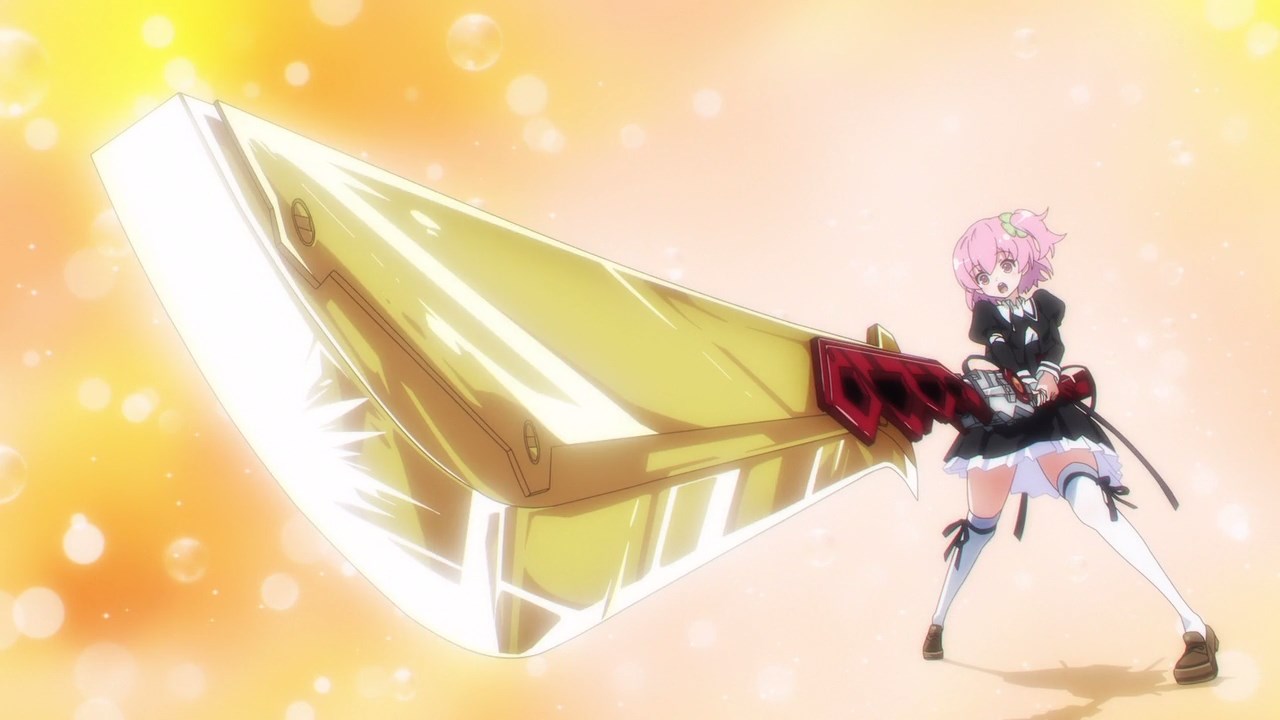 Fortunately, Yuyu will receive some help as Riri’s CHARM has finally activated. Gotta love that Obari-like pose on this shot! 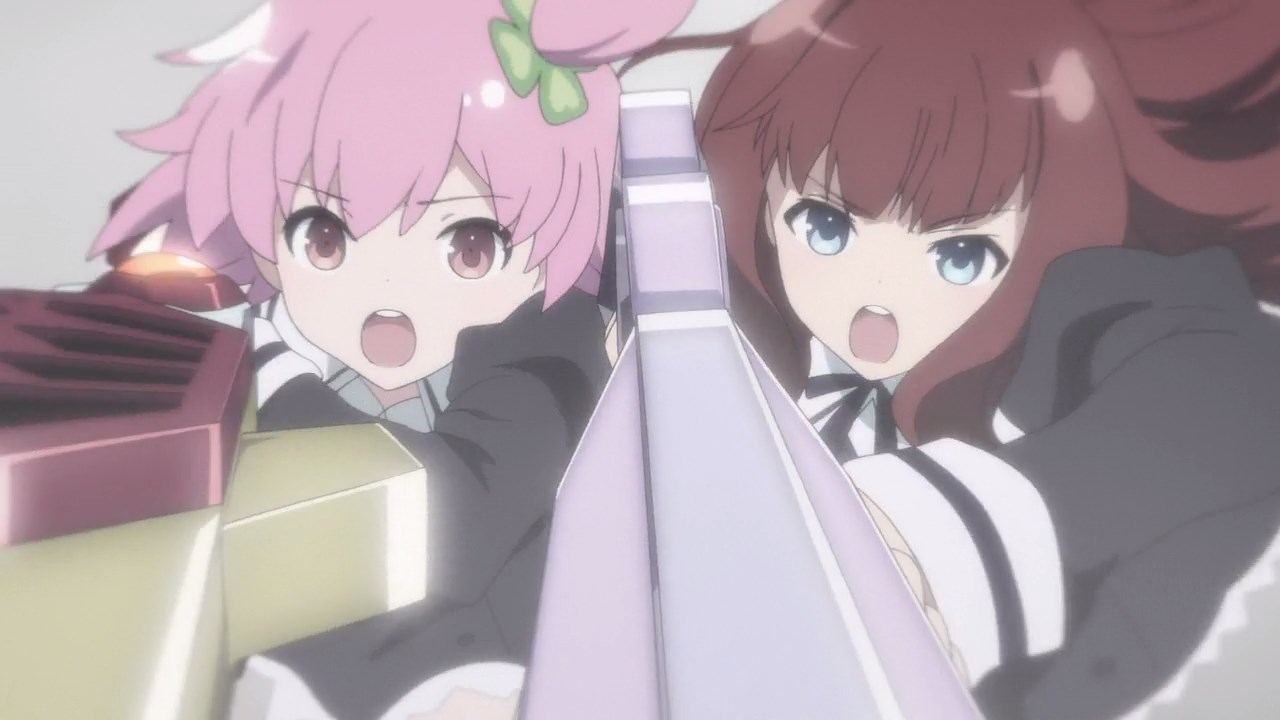 Oh yeah, and Kaede Johan Nouvelle wants to join the fight as they work together to destroy the wild HUGE once and for all. 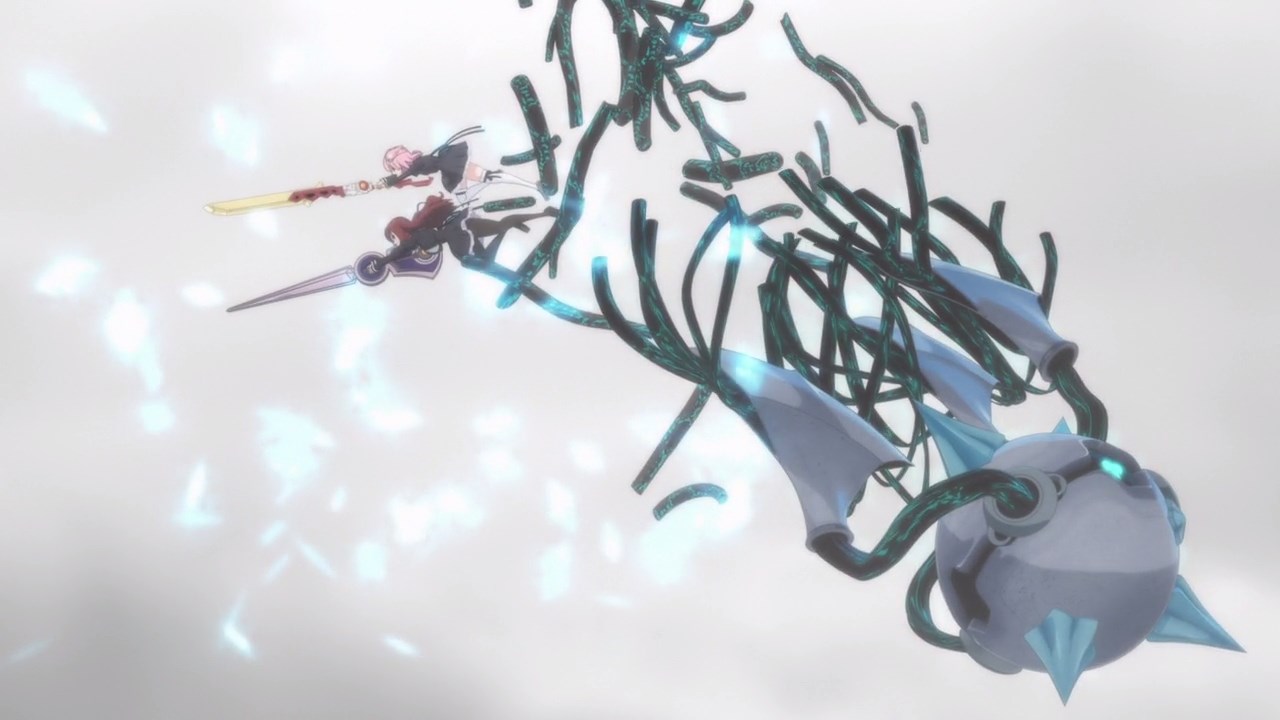 Anyways, looks like Riri Hitotsuyanagi managed to score a kill against a HUGE on her first day. Well actually, she merely assisted Yuyu Shirai on defeating it. 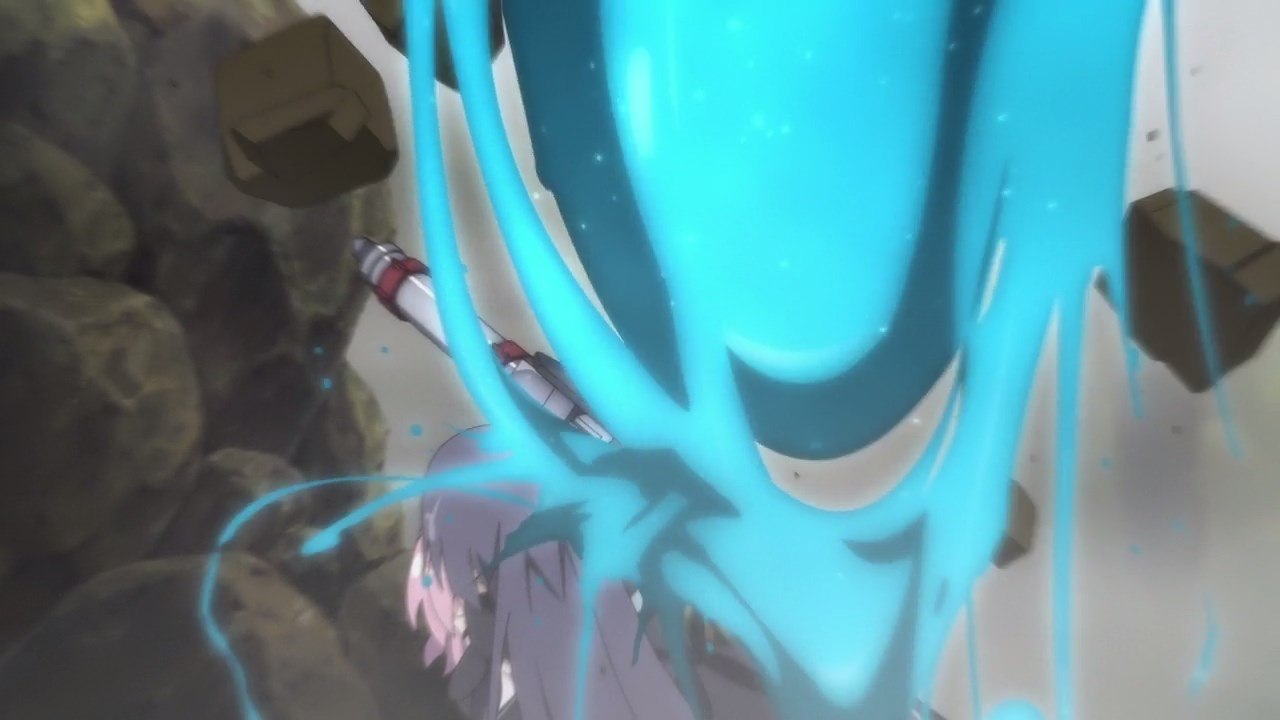 Unfortunately, it seems that both of them got contaminated with this blue-colored ooze that was spurting out from the now-slain HUGE. I hope that they’re okay! 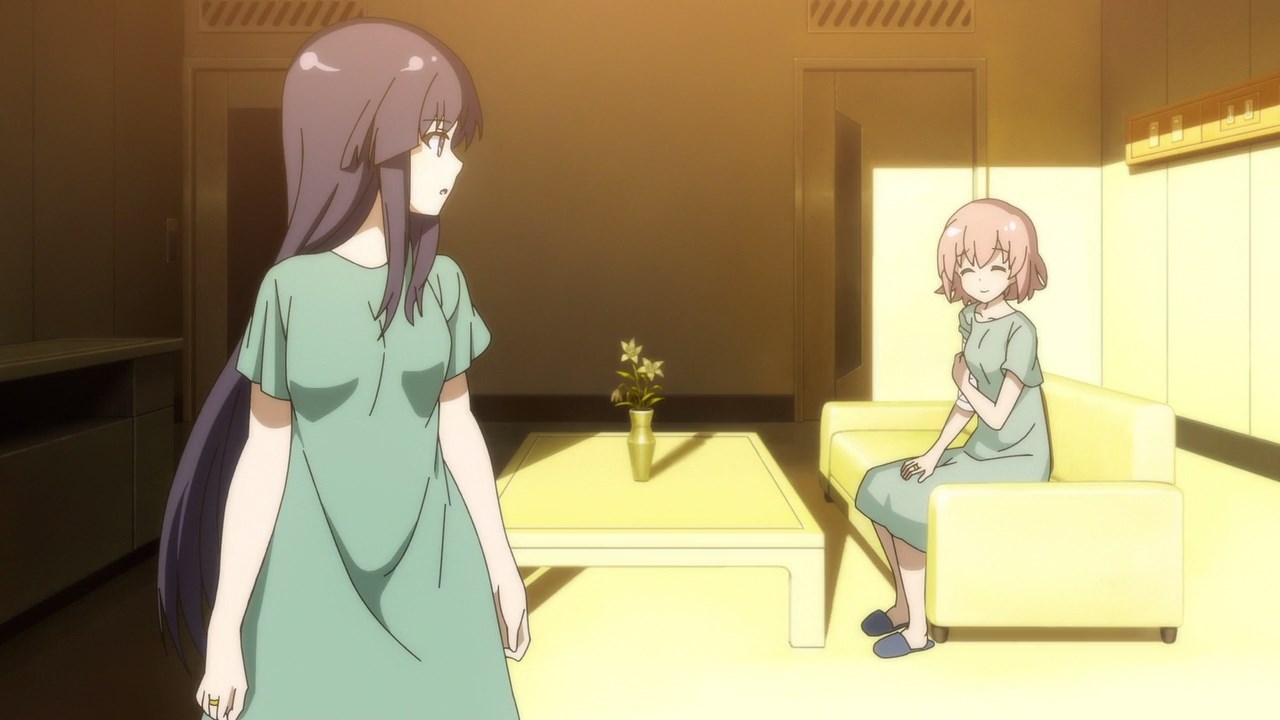 Well actually, they survived as there are no abnormalities after being exposed by the HUGE’s bodily fluids.

Still, Riri is surprised to see her savior up-close, although she noticed that Yuyu changed a lot from 2 years ago. I have a feeling that something important happened to Shirai during those years. 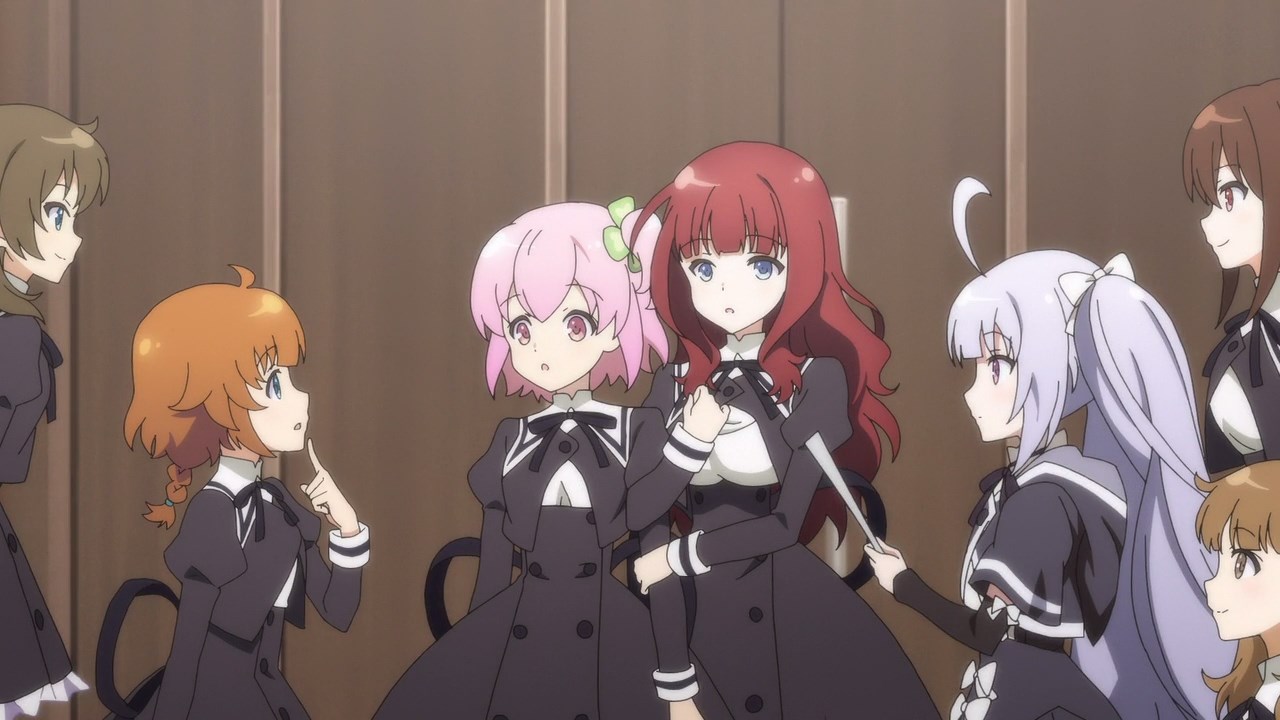 On the other hand, looks like everyone from Yurigaoka Girls’ Academy heard the news that Riri Hitotsuyanagi activated her CHARM and defeated the HUGE on her first day. Heck, they even managed to create a news article about her feat.

Well, that’s the end of this crazy first episode of Assault Lily: Bouquet and I must say that it’s got cool action scenes as well as hot yuri moments. One more thing, where’s Yuyu Shirai? 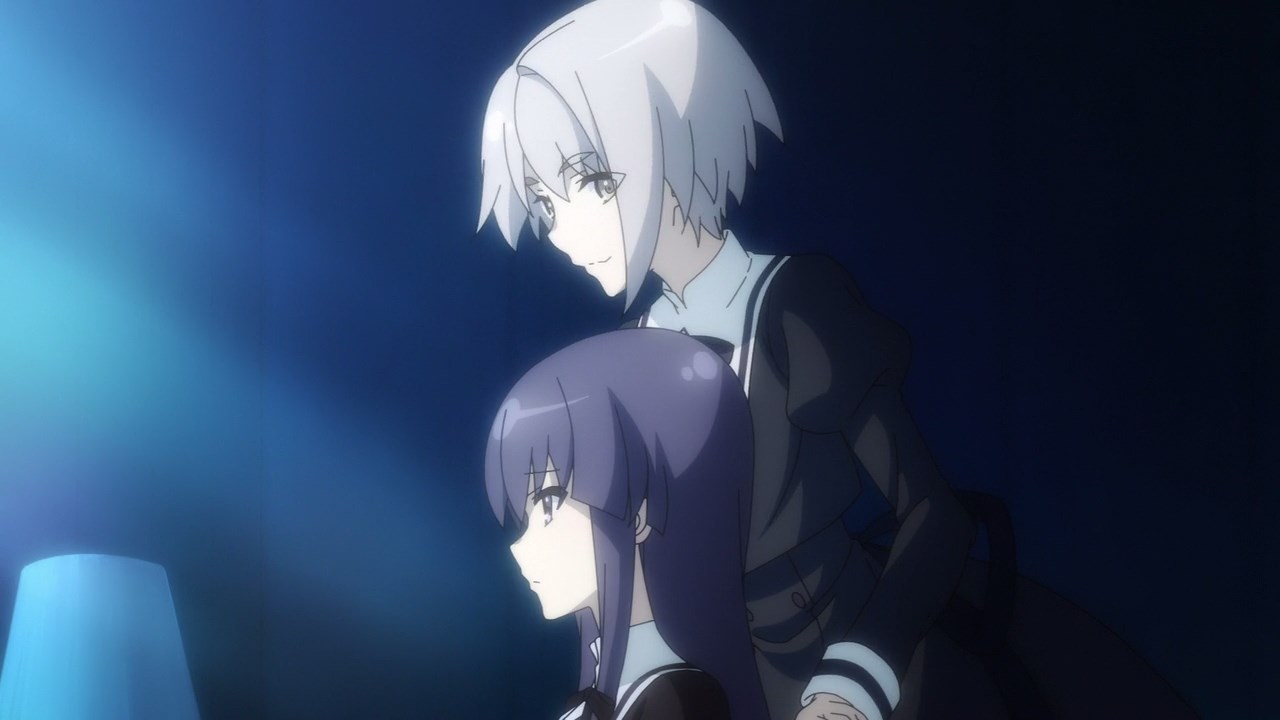 Oh, she’s here with her old friend. Still, I wanna see more of Yuyu Shirai as she’s a mystery to me, especially her past. Anyways, I’m looking forward to watch the next episode of Assault Lily: Bouquet!