Legend of the Galactic Heroes: Die Neue These Episode #20 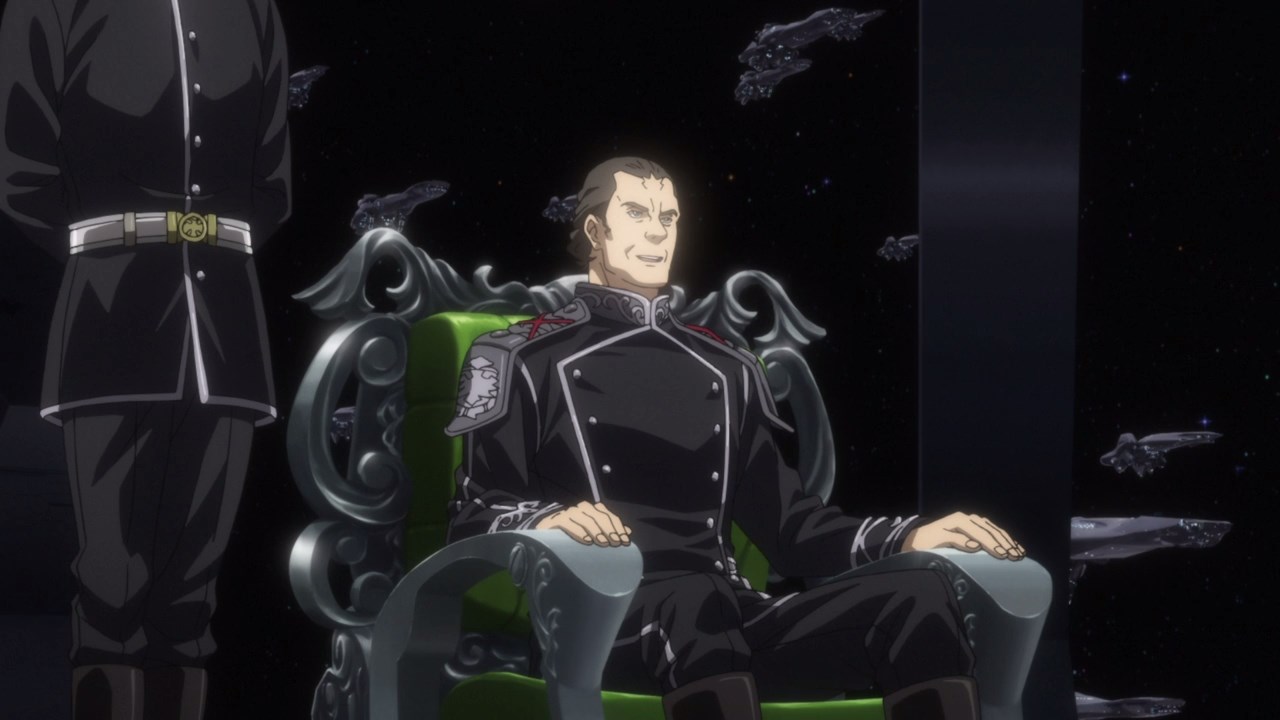 This is Marquis Wilhelm von Littenheim where he’s about to engage in battle against High Admiral Siegfried Kircheis’s fleet at the Kyffhäuser Starzone.

Although the marquis is confident that he’ll win against High Admiral Kircheis, Littenheim’s chances of victory is zero as the high admiral is aided by Vice-Admirals Cornelius Lutz and August Samuel Wahlen. 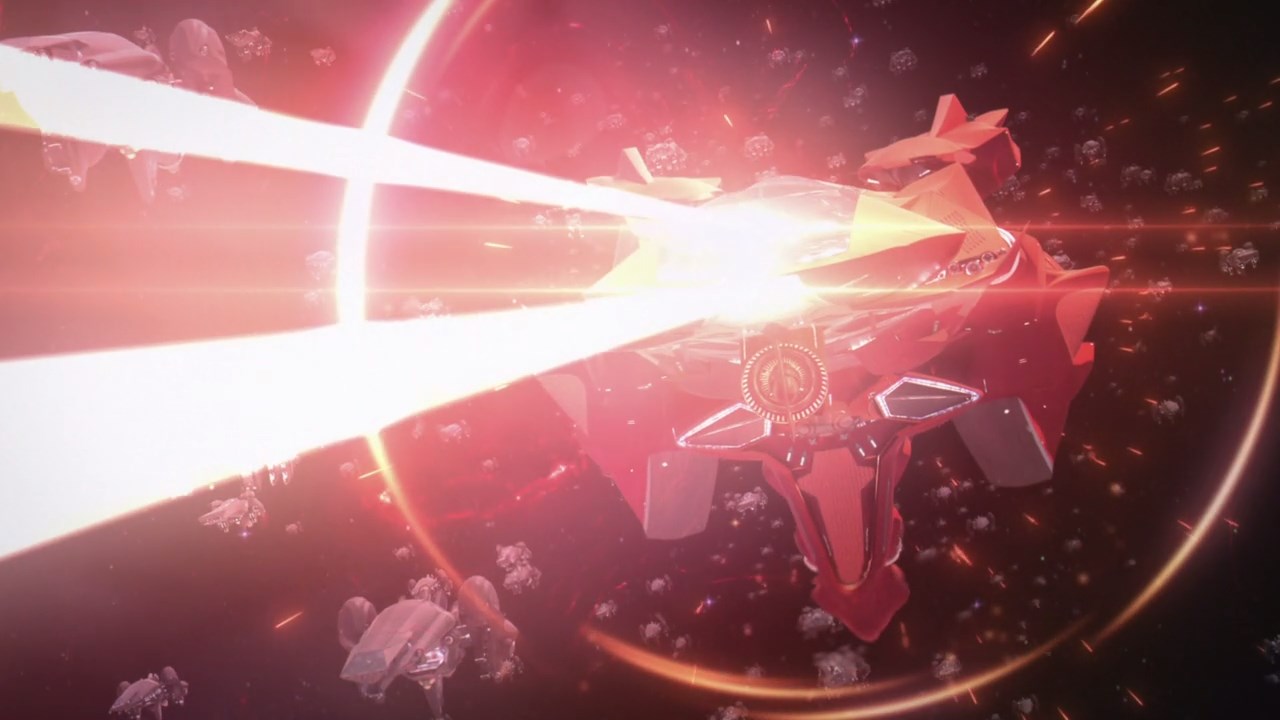 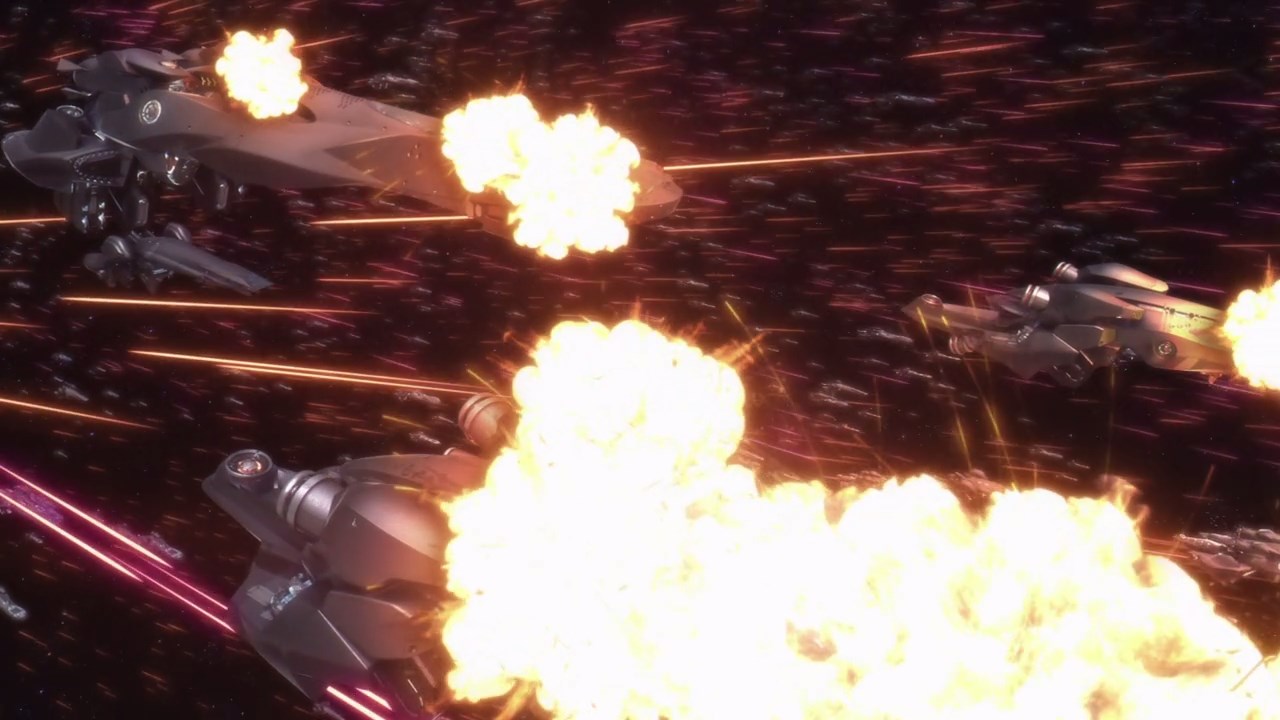 Anyways, this is basically a one-sided battle in favor of Siegfried Kircheis and his allies as with only 800 ships, they pushed Wilhelm von Littenheim’s fleet back to where they came from. 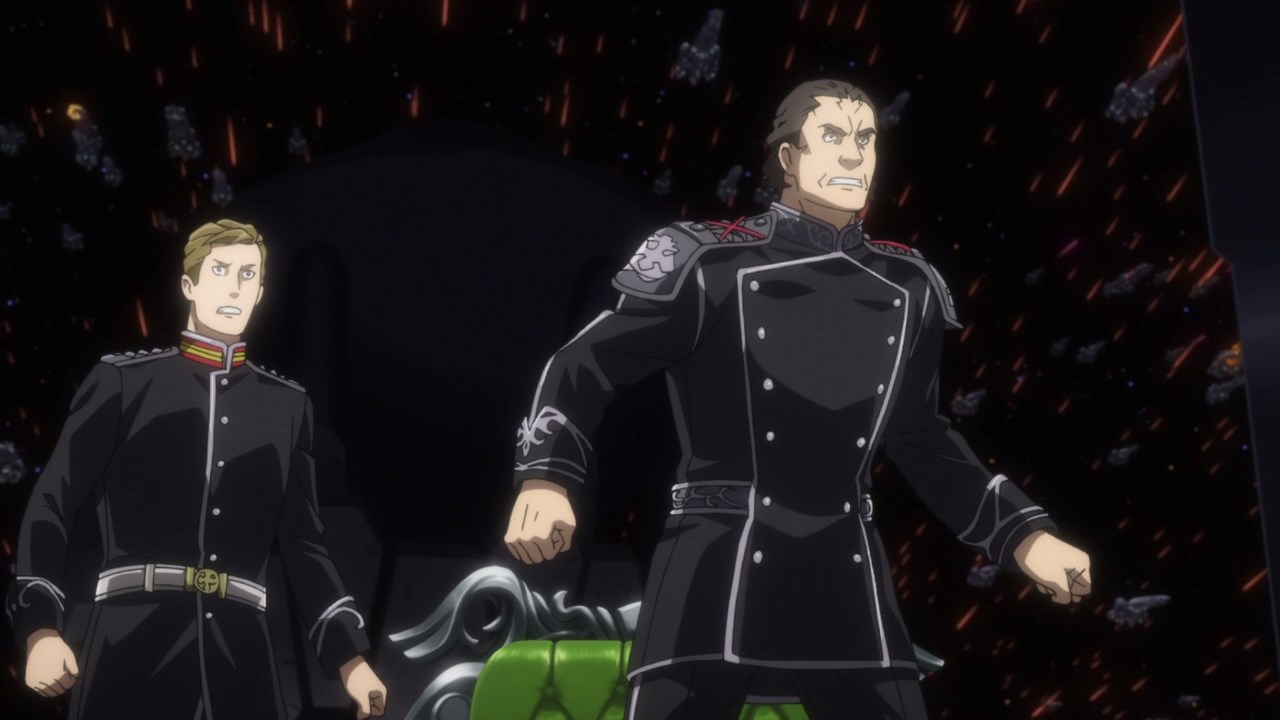 And speaking of Marquis Littenheim, he’s really furious that his fleet was devastated at the hands of High Admiral Kircheis.

Of course, he can’t make his escape to Garmisch Fortress as his flagship Ostmark is blocked by the supply fleet from the rear. 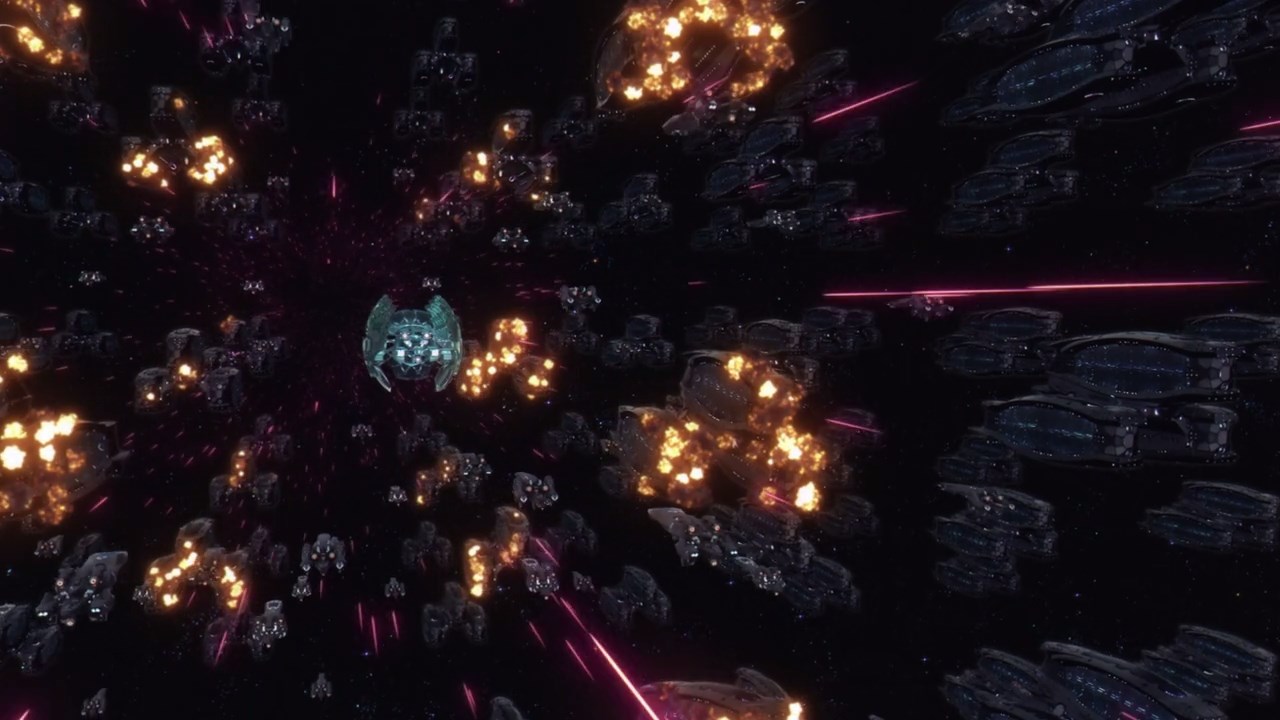 So, the marquis ordered his commanding officers to shoot down the supply fleet in order to pave way for his retreat to Garmisch Fortress. It was a foolish move to sacrifice his soldiers to save his own skin. 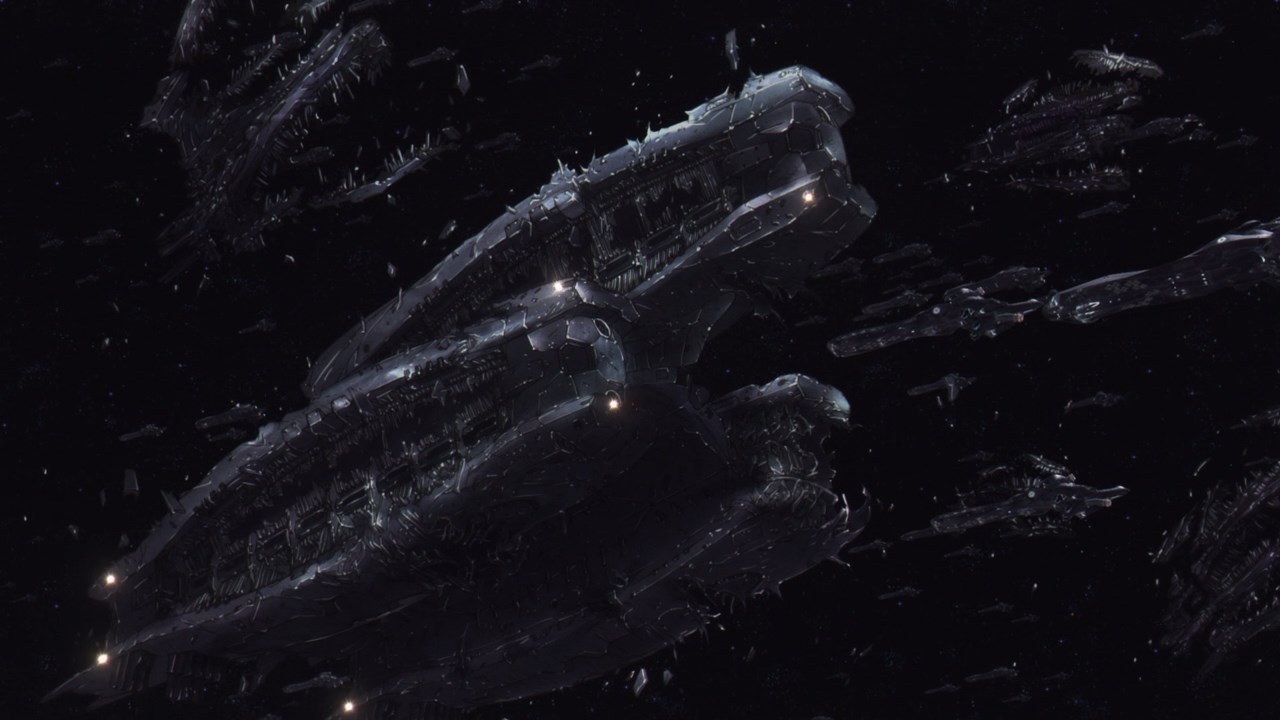 Meanwhile, High Admiral Siegfried Kircheis’s fleet have managed to rescue survivors from the supply fleet. Gotta say that there are some people like Siegfried Kircheis who care about the lives of the common man. 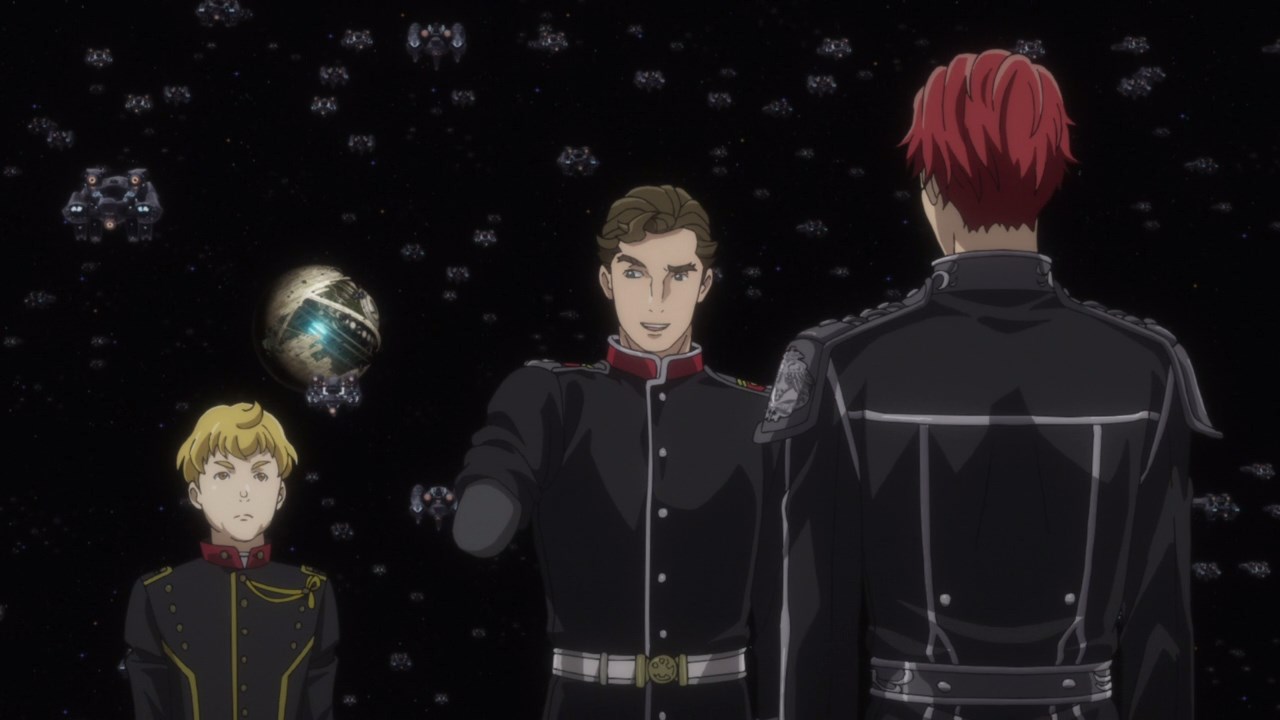 In fact, both Konrad von Modell and Konrad Rinnesal are grateful that they’re saved by Siegfried Kircheis, although Konrad Rinnesal lost his right arm because his lord abandoned him.

Now, the only thing that they need to do is to crush Marquis Wilhelm von Littenheim and his forces as they coop up inside Garmisch Fortress. 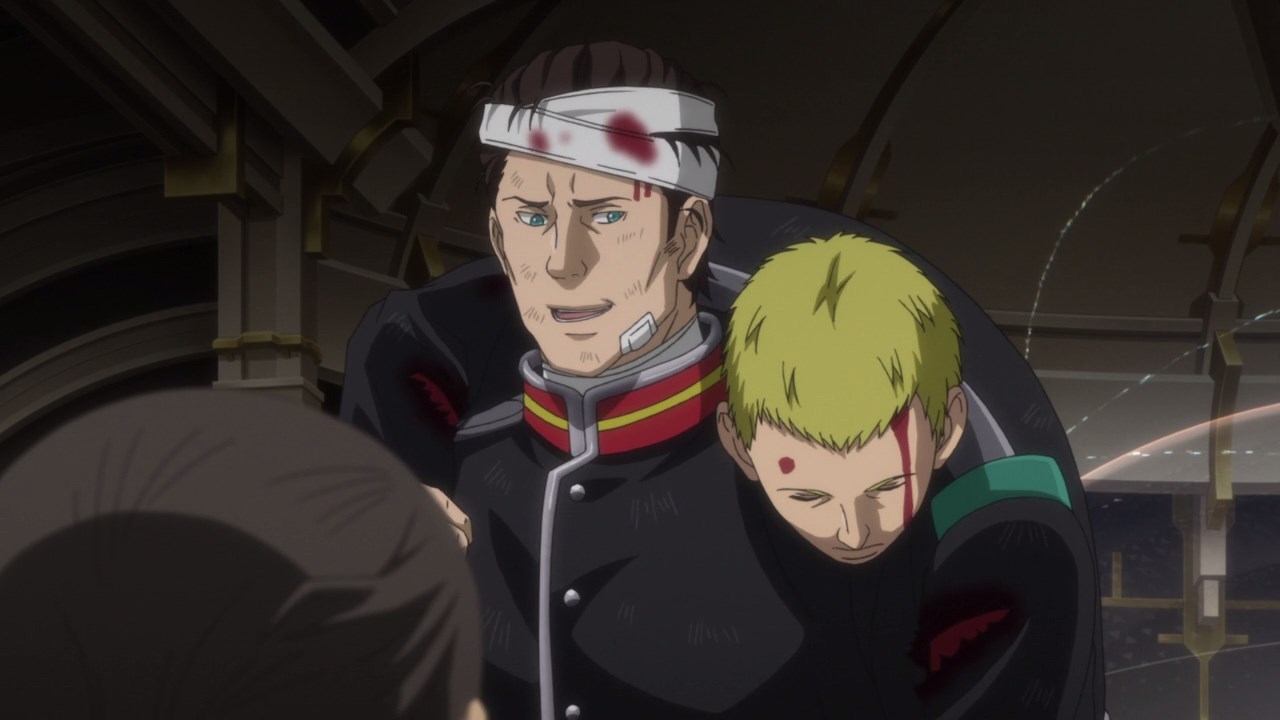 However, it appears that there’s drama inside the fortress as Commander Laudisch brought one of the soldiers named Paulus to see the marquis, although I have to say that the spaceman first class is already dead. 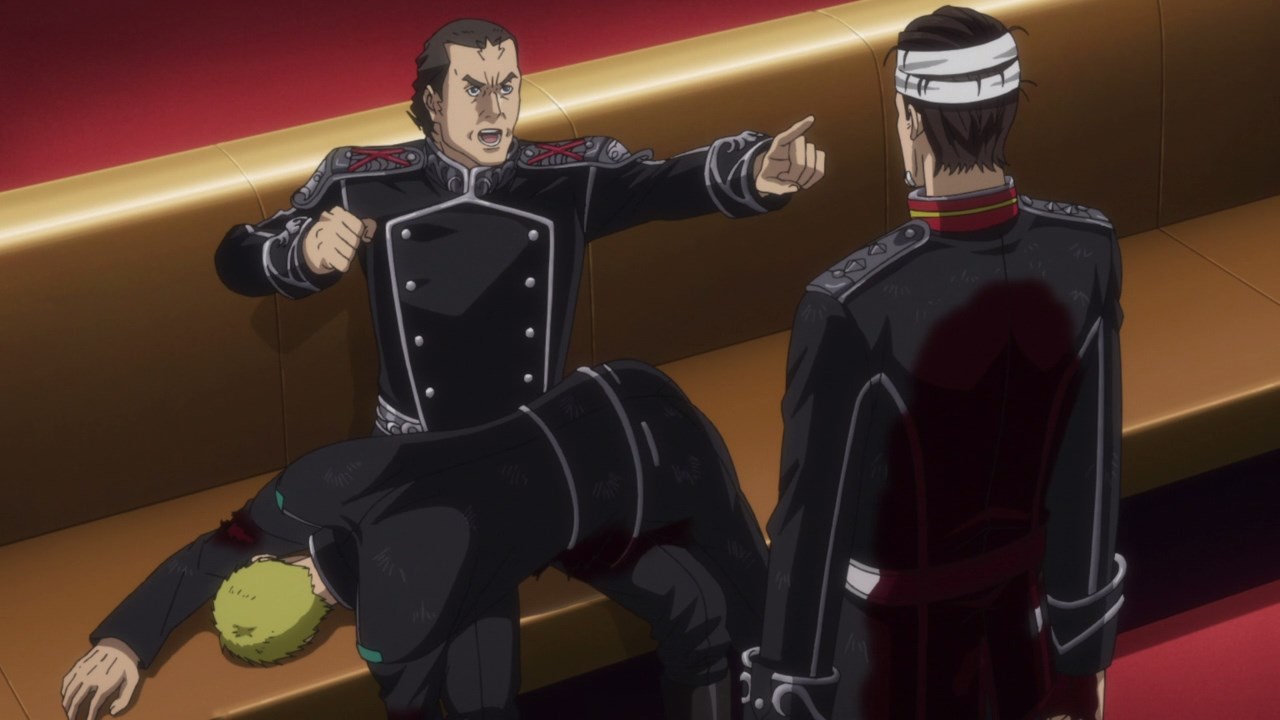 Of course, Marquis Wilhelm von Littenheim doesn’t like having a corpse in his quarters. Heck, he even got angry that his uniform is smeared with blood of a fallen soldier.

I would say that this marquis is irredeemable at this point as Wilhelm von Littenheim cared about his nobility rather than the plight of his subject. 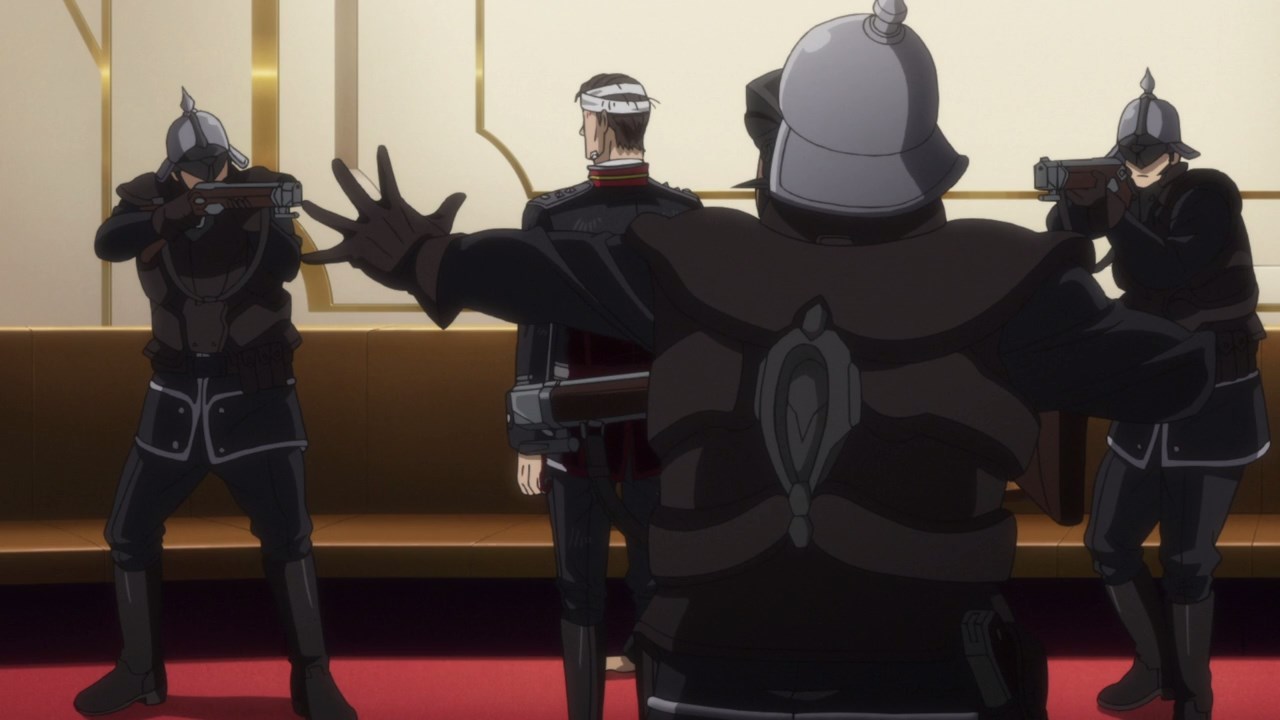 So, Marquis Littenheim ordered his soldiers to shoot Commander Laudisch. Little did they know that his body is covered with Seffle Particles, thus one soldier told everyone not to shoot him down. 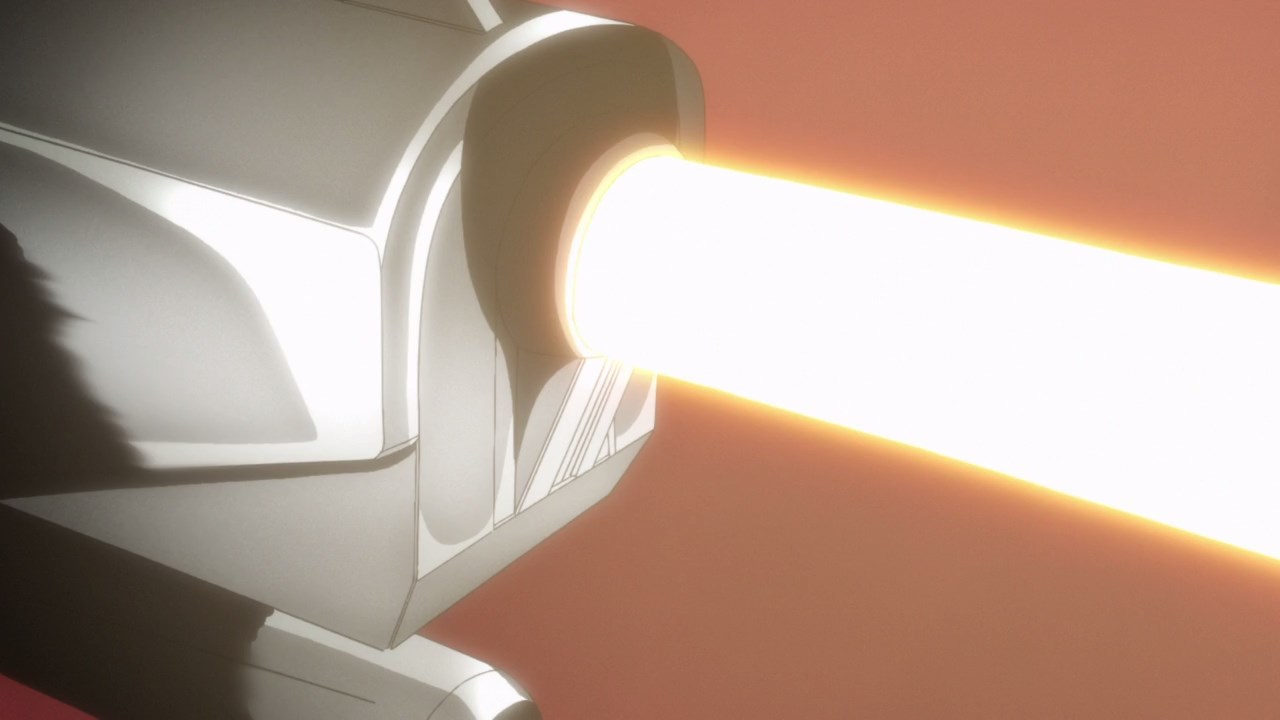 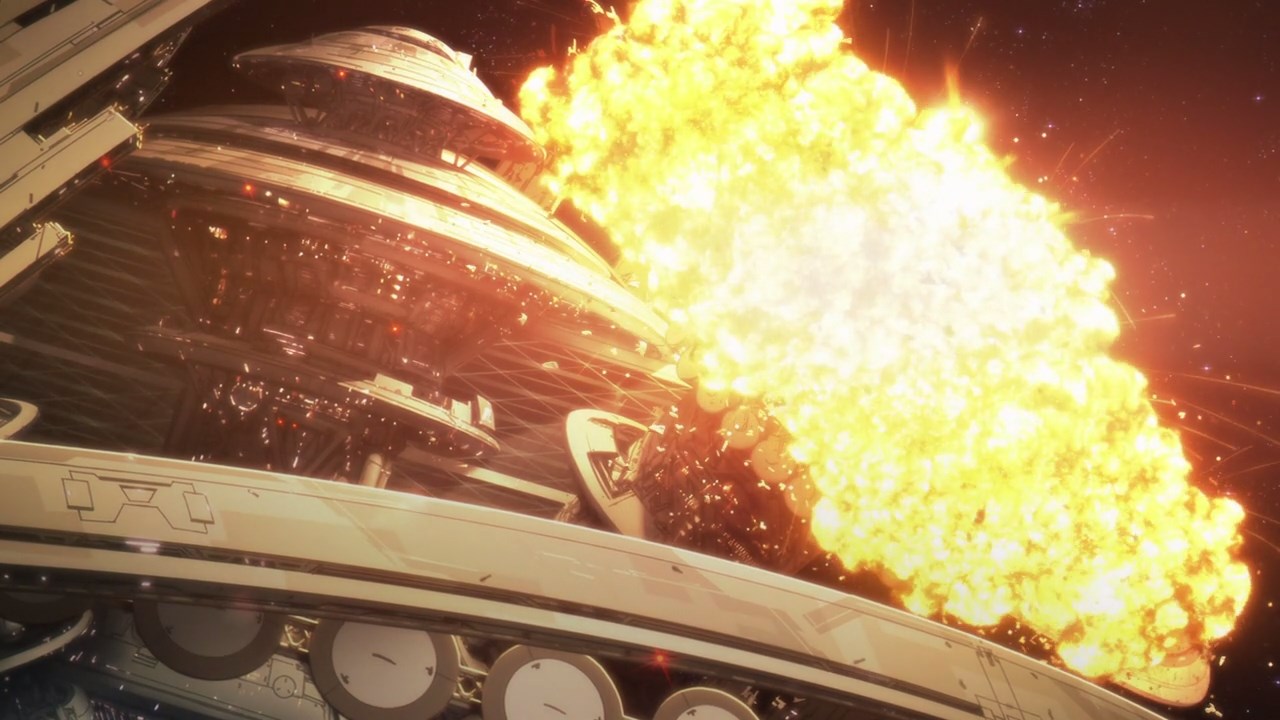 But alas, it was too late as Garmisch Fortress is blown apart, killing Marquis Wilhelm von Littenheim and his forces.

Looks like there’s no need for Siegfried Kircheis and his fleet to conquer it as the marquis’ foolishness has brought himself down to perdition. 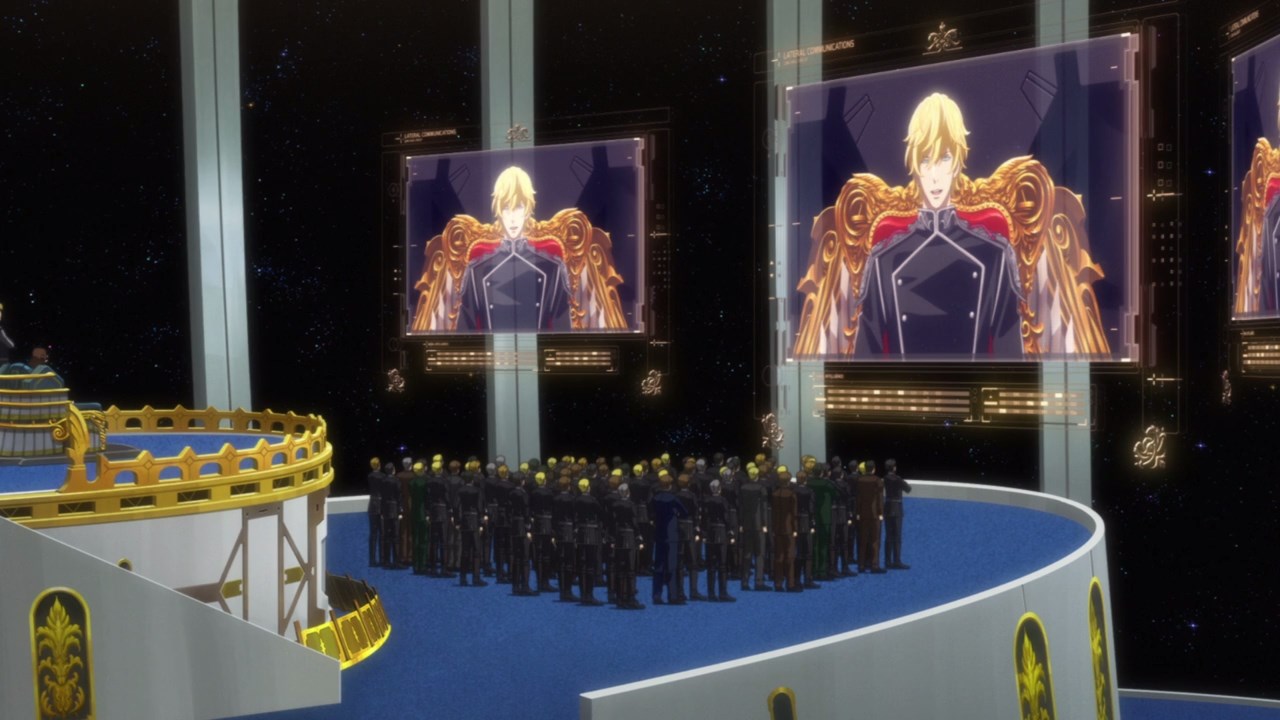 Meanwhile, it appears that Marquis Reinhard von Lohengramm call the Lippstadt Nobles Coalition out as he taunt them to fight like brave men. Otherwise, they should throw their noble pride and surrender.

What a bold provocation from the young marquis but how will Duke Otho von Braunschweig respond? 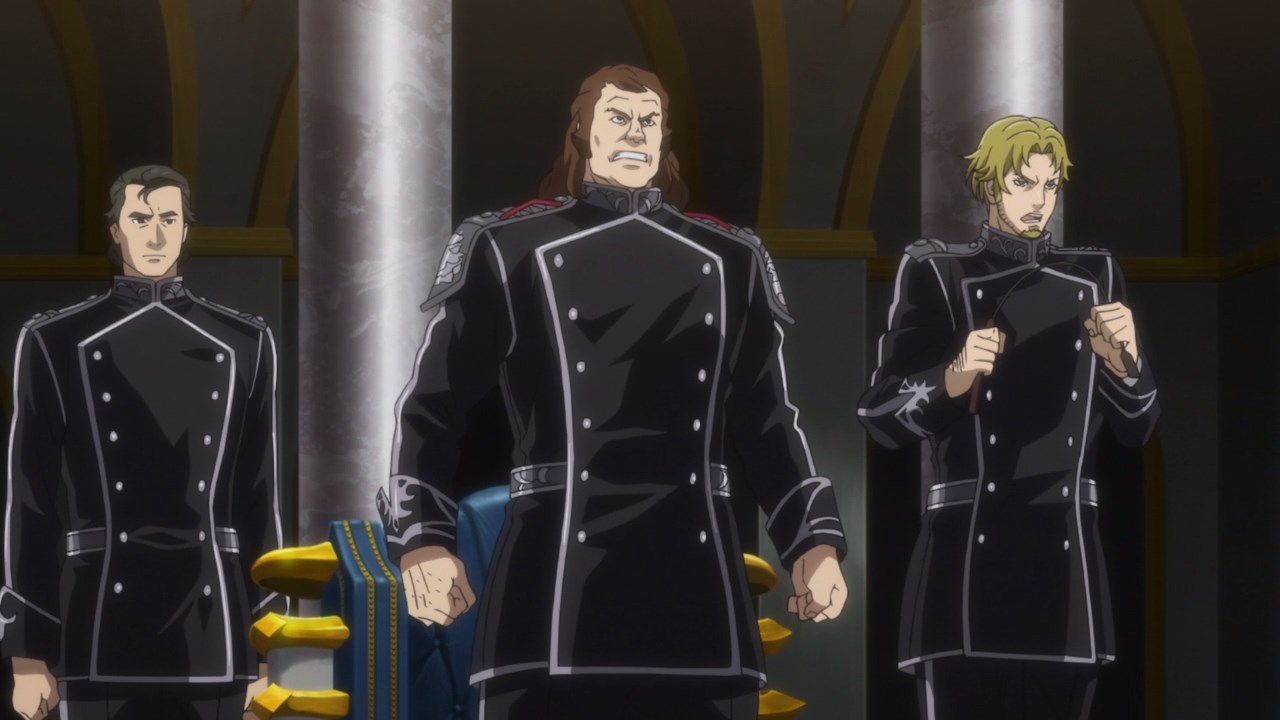 Well, the duke got very furious on his provocation as Duke Braunschweig and Baron Flegel are going to obliterate his fleet through sheer strength.

Of course, this is just a ploy from Marquis Lohengramm as he wants to provoke those nobles from the coalition into signing their own foolish deaths. 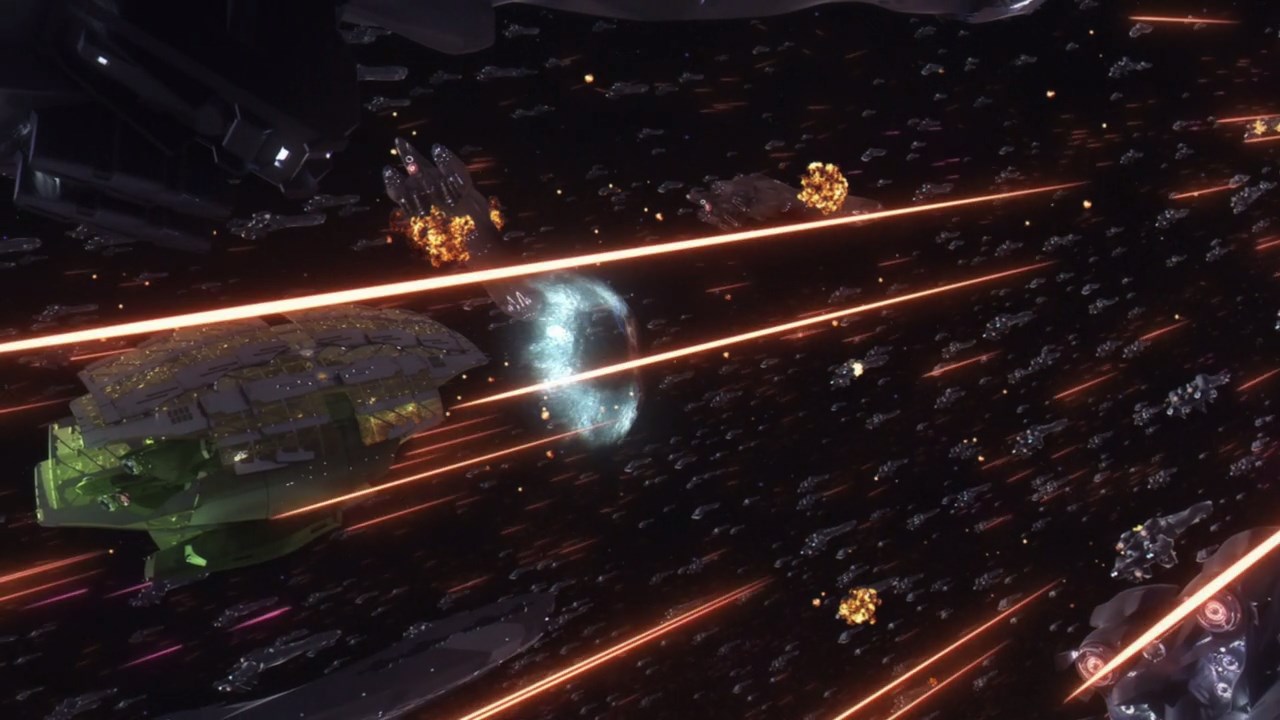 Anyways, the battle has begun and the results is very obvious as the Lippstadt Nobles Coalition suffered massive casualties at the hands of Marquis Lohengramm and his allies. 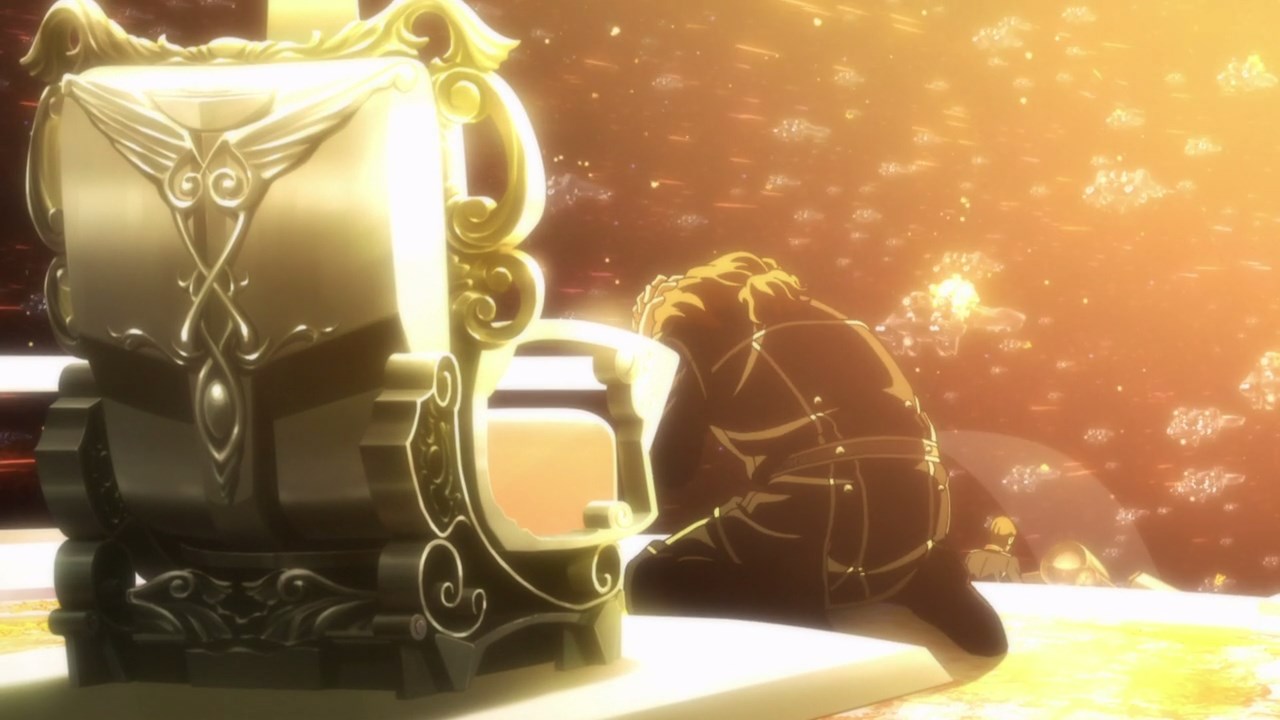 And speaking of Duke Braunschweig, he’s scared of getting shot down. I have to say that the leader of the coalition got baited real hard and paid the price for his stupidity. 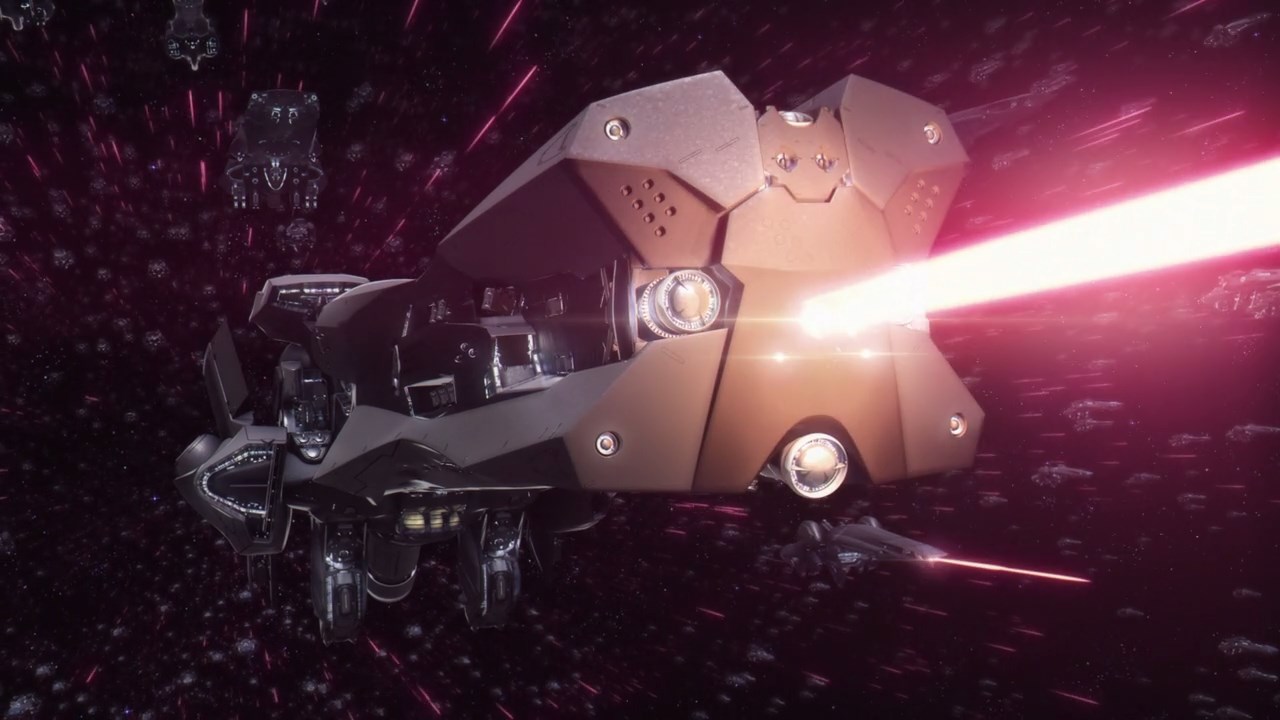 Oh yeah, here’s the flagship Minerva where Commander-in-Chief Willibald Joachim von Merkatz and his aide Lieutenant Commander Bernhard von Schneider are here to support the coalition forces on their retreat. 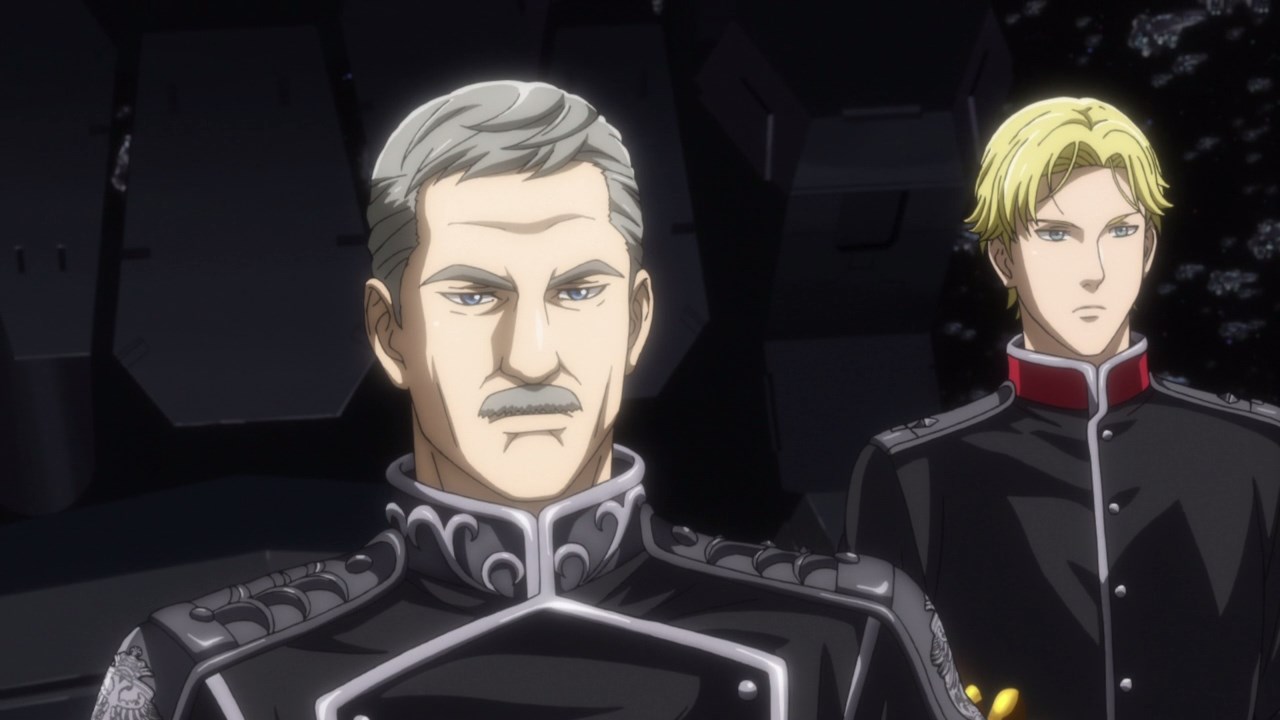 Then again, I feel that Commander-in-Chief Merkatz helping Duke Braunschweig was a waste of time as I would rather have that bastard of a noble die in battle.

Anyways, Commander-in-Chief Merkatz will be punished for sending reinforcement a bit too late. Why the commander needs to be punished? Because Duke Braunschweig has noble privilege to reprimand him. 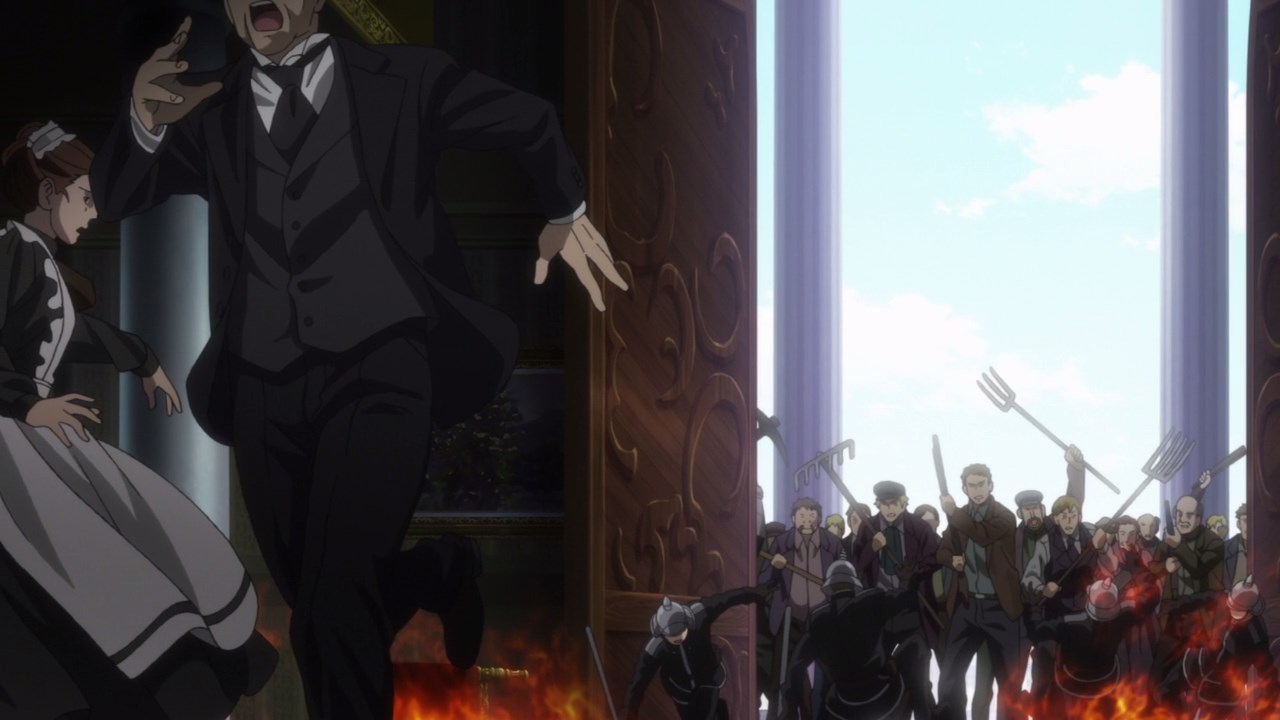 Also, there’s more bad news as Duke Braunschweig’s domain planet Westerland has suffered a peasants’ uprising, killing his nephew Baron Scheidt at the hands of an angry mob of commoners. 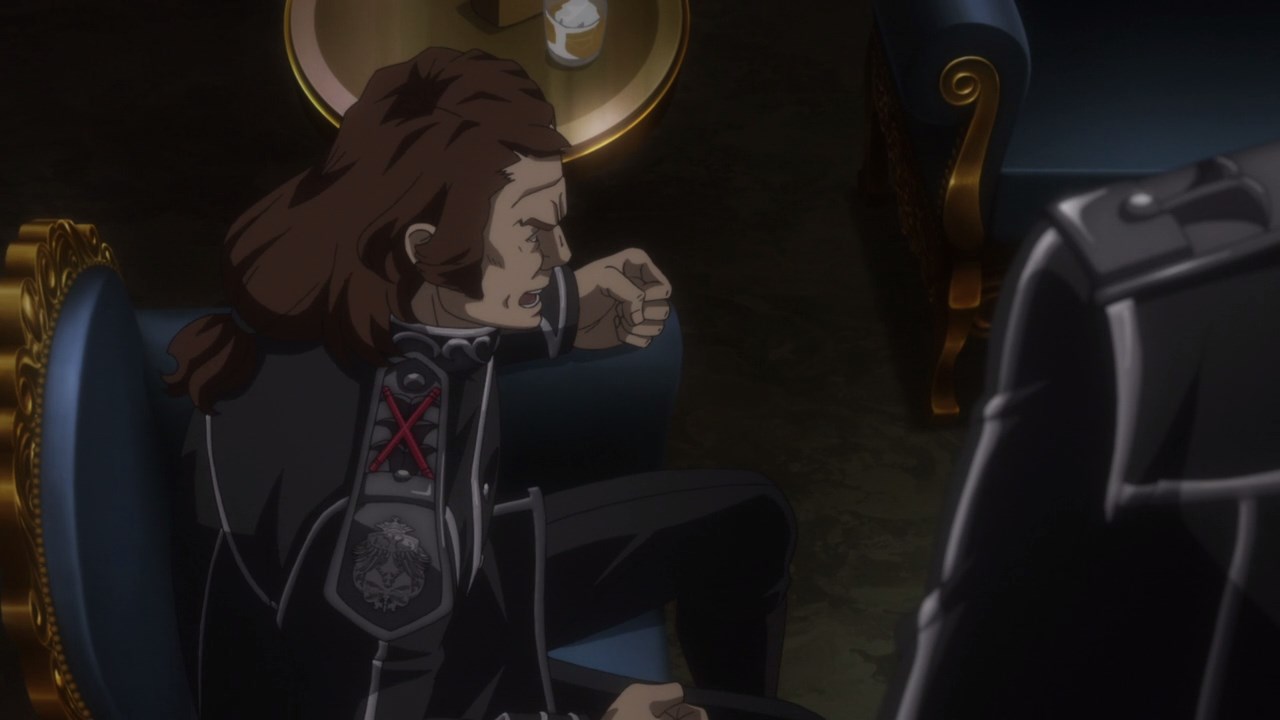 Thus, Duke Otho von Braunschweig told Commodore Ansbach to launch nuclear warheads at Westerland. Ugh, so many bad decisions committed by this buffoon of a duke. 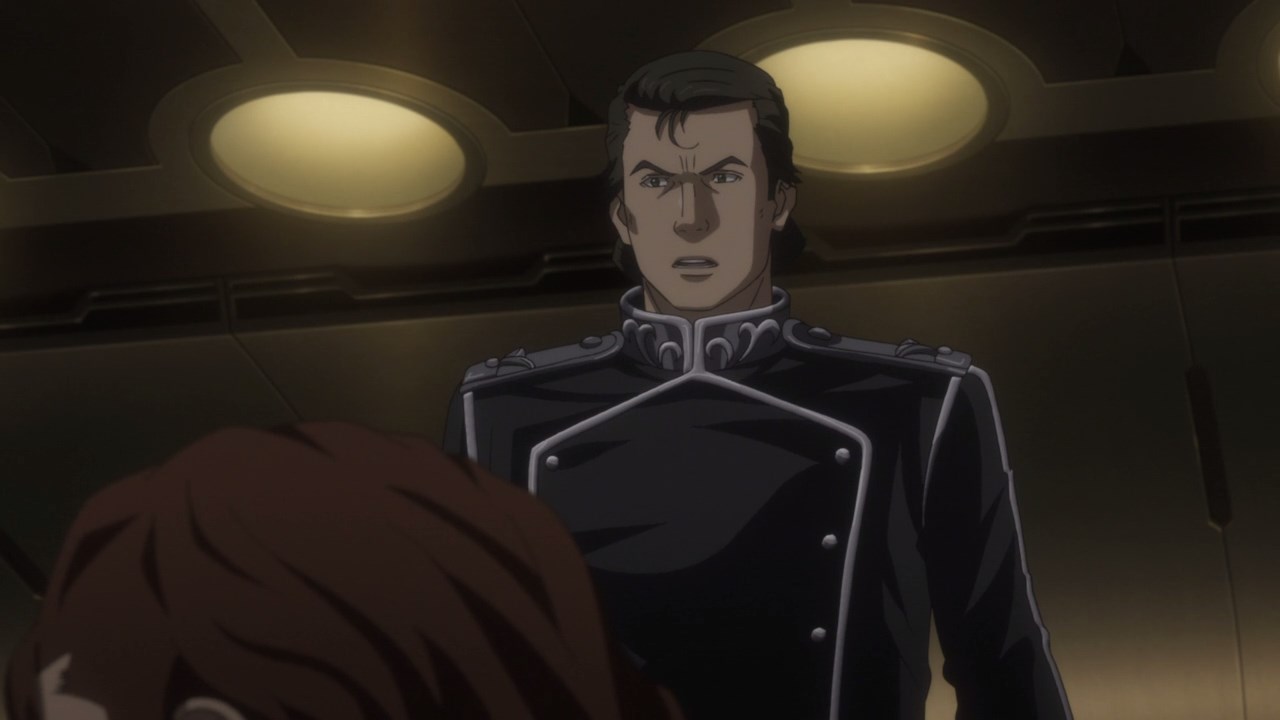 And while Commodore Ansbach told the duke to reconsider on launching the nukes at his domain, Duke Braunschweig won’t take a no for an answer due to his impatience and frustration.

This is without a doubt, the most horrible man ever existed within the Galactic Empire as Duke Otho von Braunschweig would kill dozens of innocent lives to uphold the Goldenbaum Dynasty. 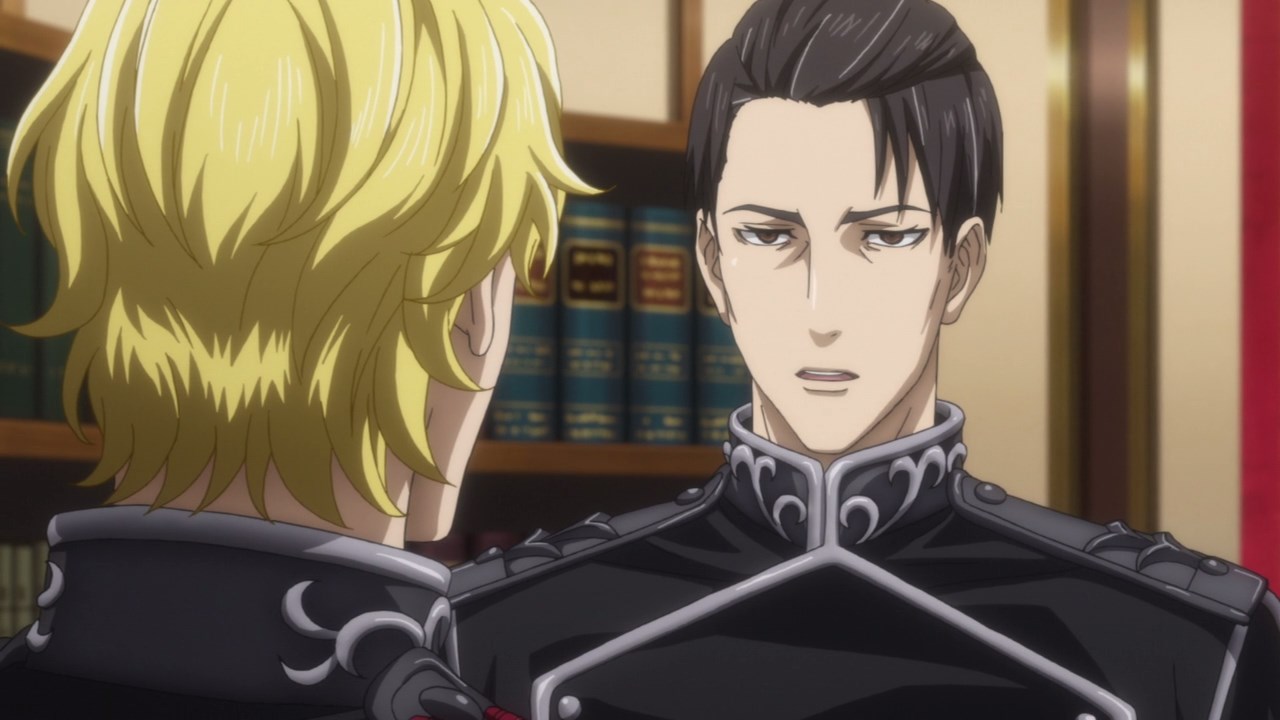 Alarmed by the duke’s actions, Marquis Reinhard von Lohengramm plans to send his fleet and liberate the people in Westerland.

However, Vice-Admiral Paul von Oberstein told the commander-in-chief not to send his troops in Westerland as he would rather have Duke Braunschweig nuke his own planet and capture this horrifying atrocity on film. 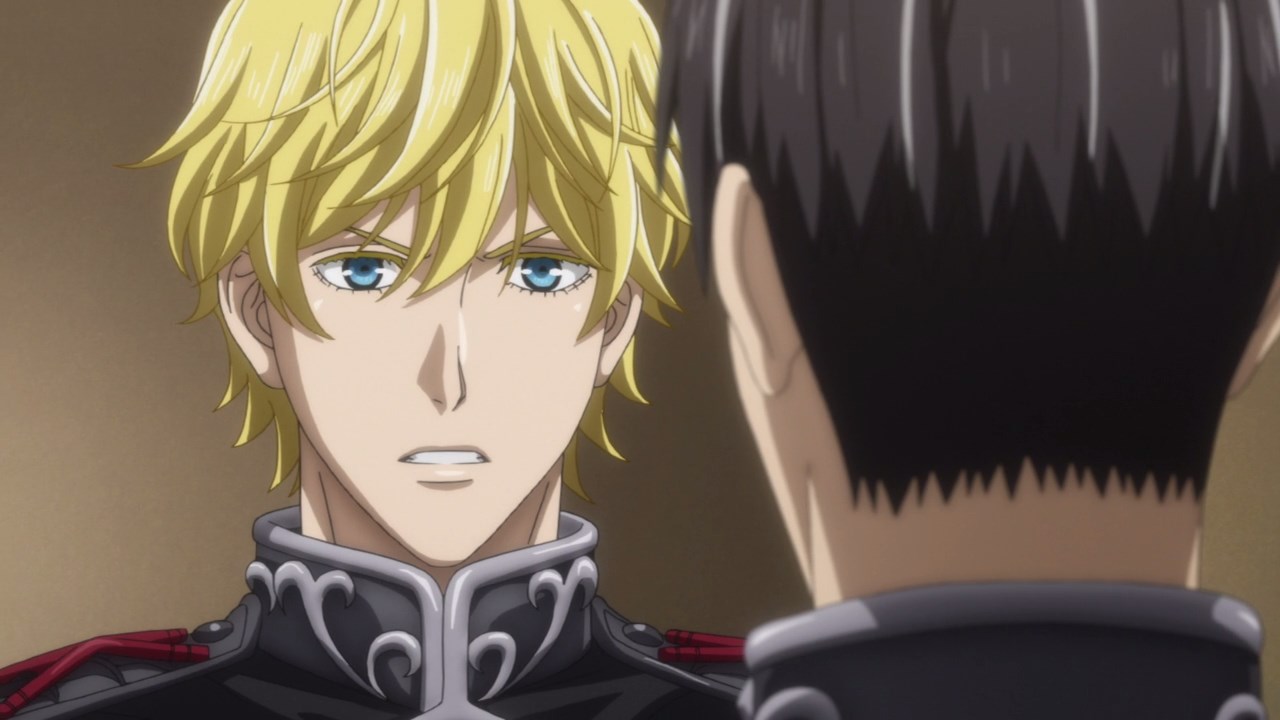 And sure that the vice-admiral is concerned about Marquis Lohengramm’s well-being because c’mon, losing the marquis would mean total victory for the coalition, the reason why Paul von Oberstein told Reinhard von Lohengramm not to interfere is because he wants to make a political statement on how the Lippstadt Coalition are evil.

Really, I have to say that Paul von Oberstein will do anything to destroy the old regime in hopes of letting Reinhard von Lohengramm lead the Galactic Empire, even as far as letting innocent people die just to criminalize his enemies. But for Reinhard von Lohengramm however, letting them die in Westerland would be his greatest regret. 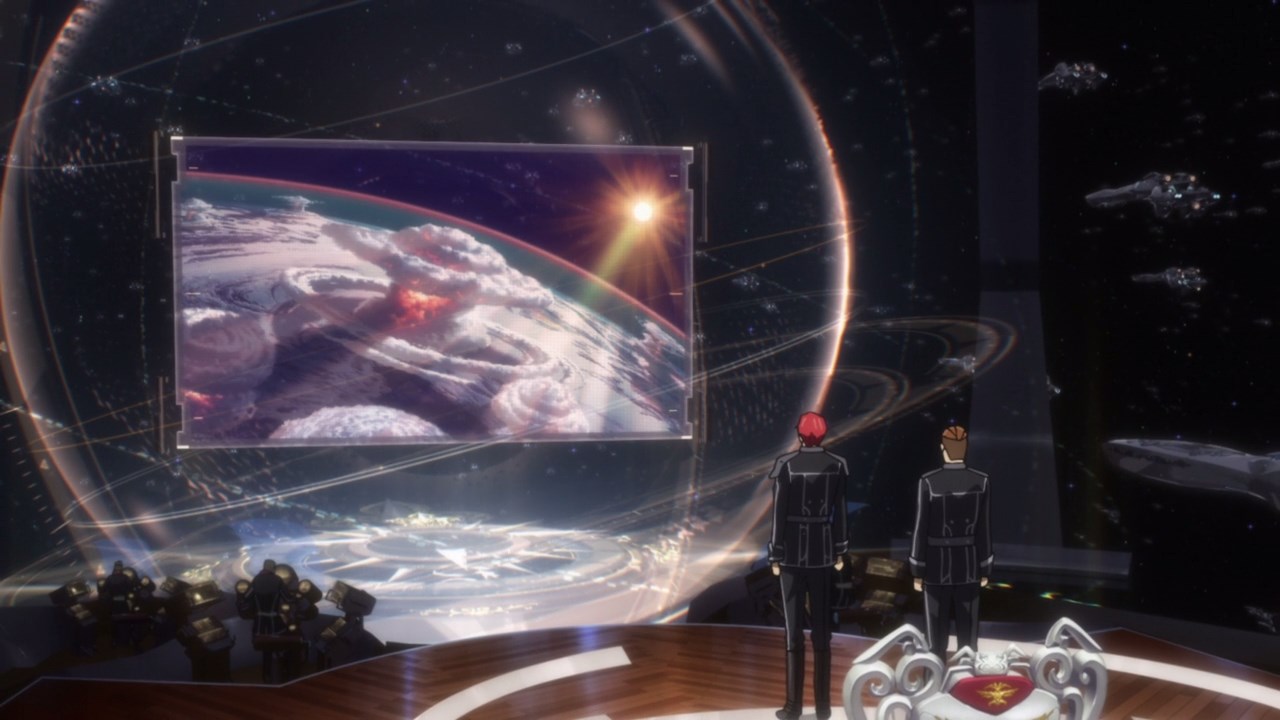 With that said, Westerland was turned into a nuclear wasteland as Duke Braunschweig killed millions of innocent civilians just because his nephew got murdered in an uprising. 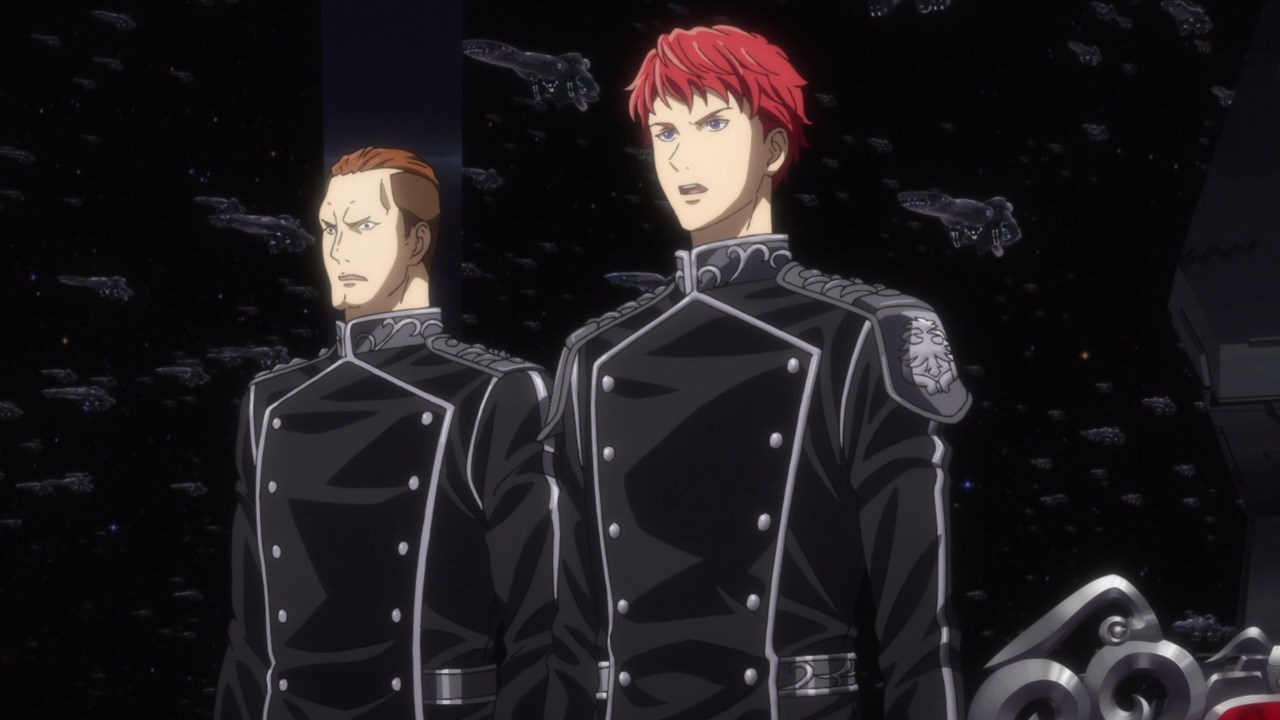 Everyone within the Galactic Empire is shocked to see this atrocity, including High Admiral Siegfried Kircheis in which he wanted answers on why Commander-in-Chief Reinhard von Lohengramm didn’t send his troops to save them. Unfortunately for High Admiral Kircheis, the only way to find answers is to ask Vice-Admiral Oberstein.

While this atrocity committed by the Lippstadt Nobles Coalition has sent shockwaves across the Empire, the civil war is not yet over as I’ll see you next time where this second season is reaching its climax.